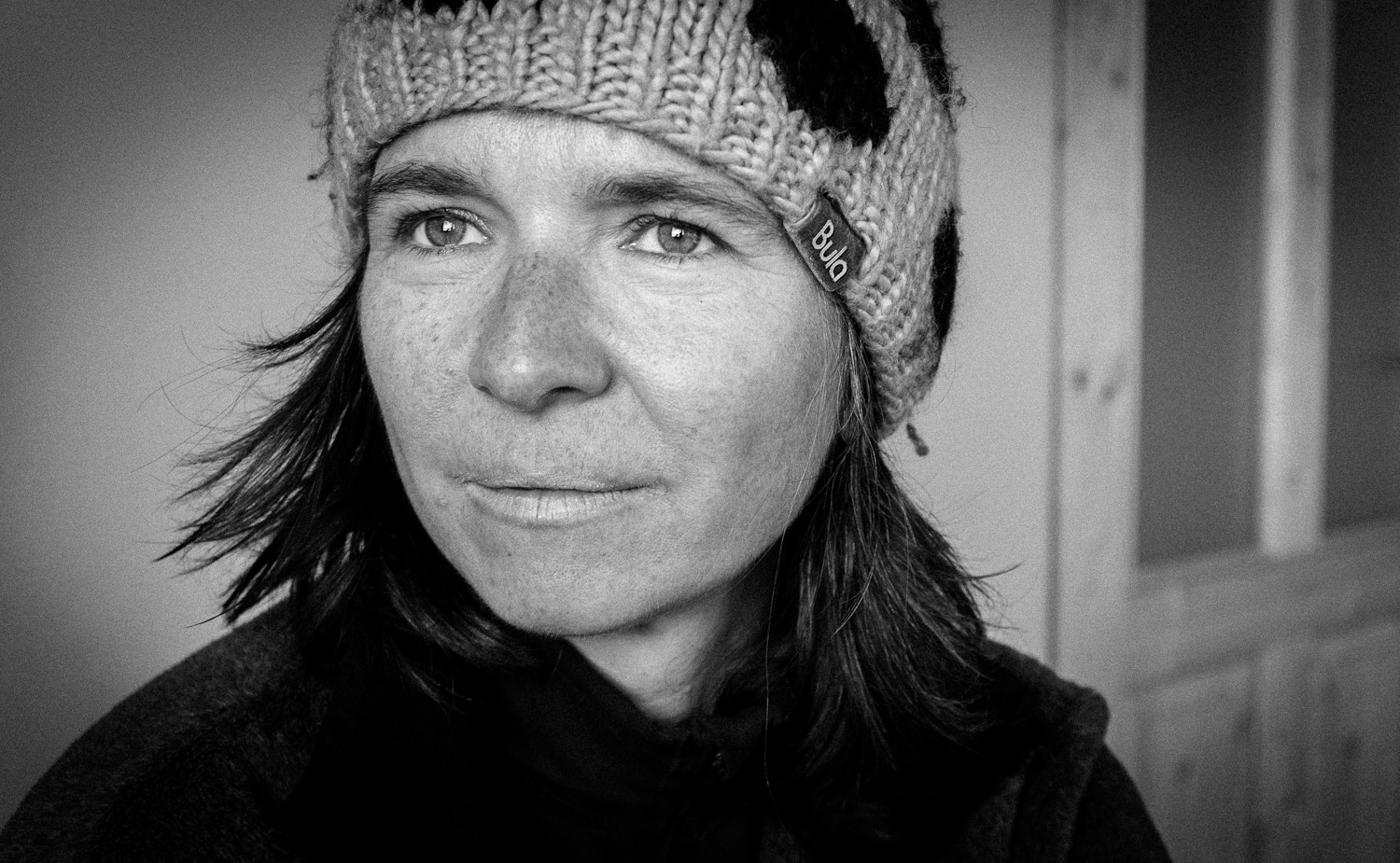 Yesterday I went for a mountain hike with a very good friend. She called the day before and I asked if I want to climb Rax ( a mountain close to Vienna ). So we went there. Despite the rather mixed forecast weather wasn’t that bad at all. We had no rain or snow fall but lot’s of sun. The reason why you don’t see a lot of sun in the images is because we had most of the sun in the lower part of the climb. Further up it became more cloudy and very windy. It was cold enough that the snow that had fallen overnight did’t melt. The air was cool and fresh. Just the right thing after an extremely hot summer. 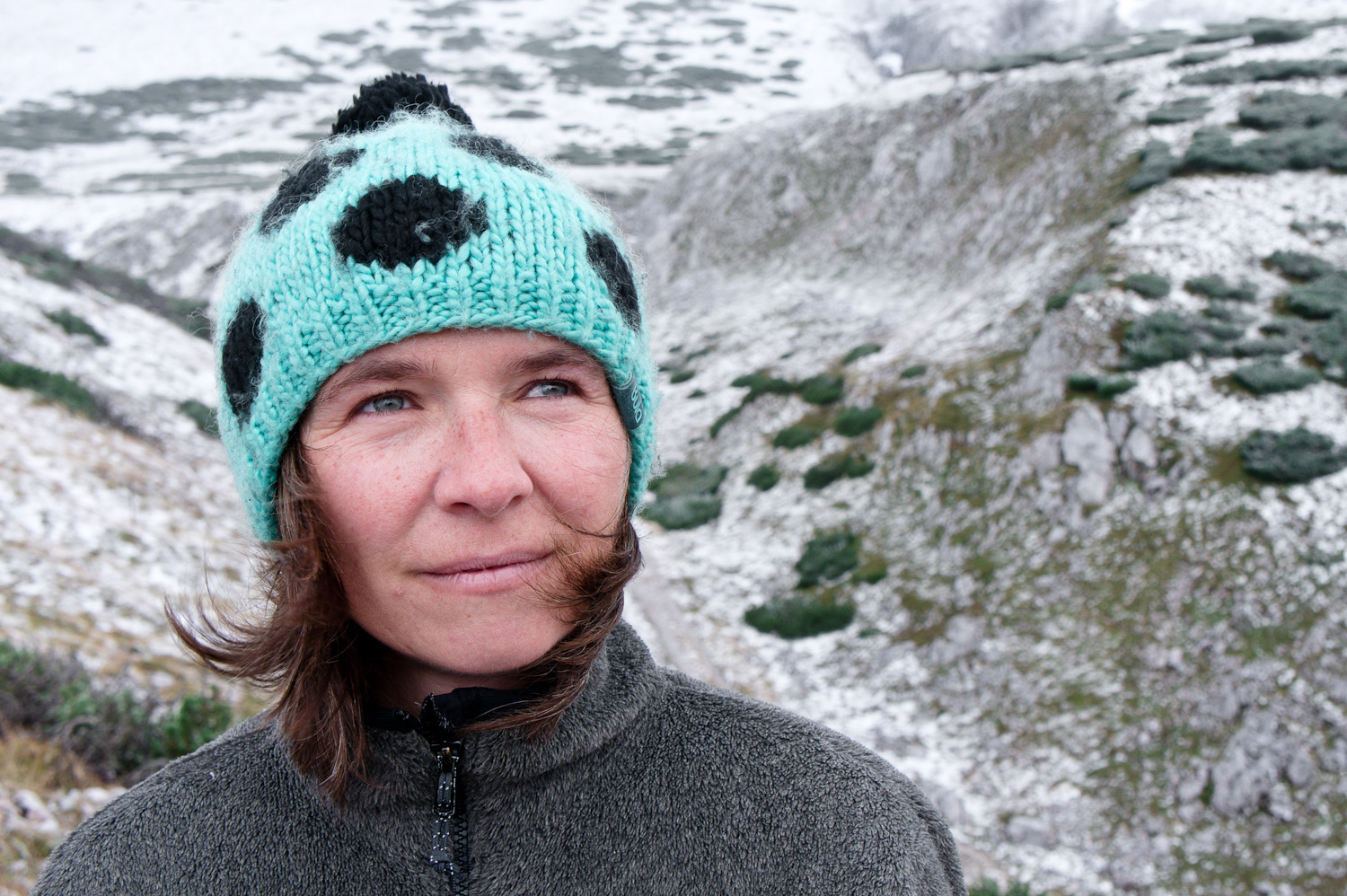 Impressed by her hat I decided to take some portraits before we moved on. The snow covered hills played the perfect background. The rest was simple: I put the kit lens somewhere in the 25mm area and shot. The wind was chilly but she still refused to put on her jacket. A real mountain girl without doubt! I already wore jacket and gloves. I have learned my lesson when my fingers almost got frozen at the Red Square in Moscow this February. 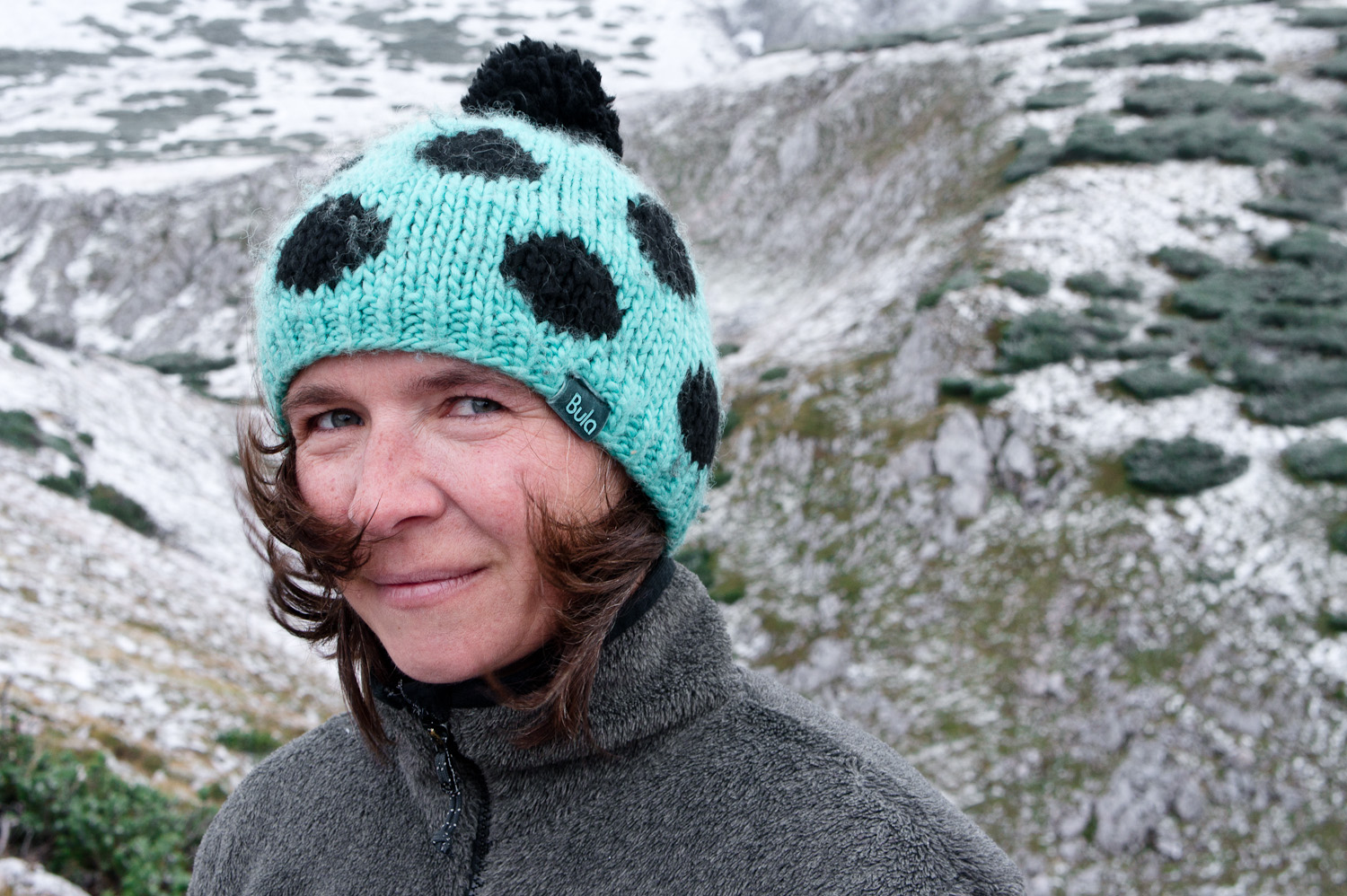 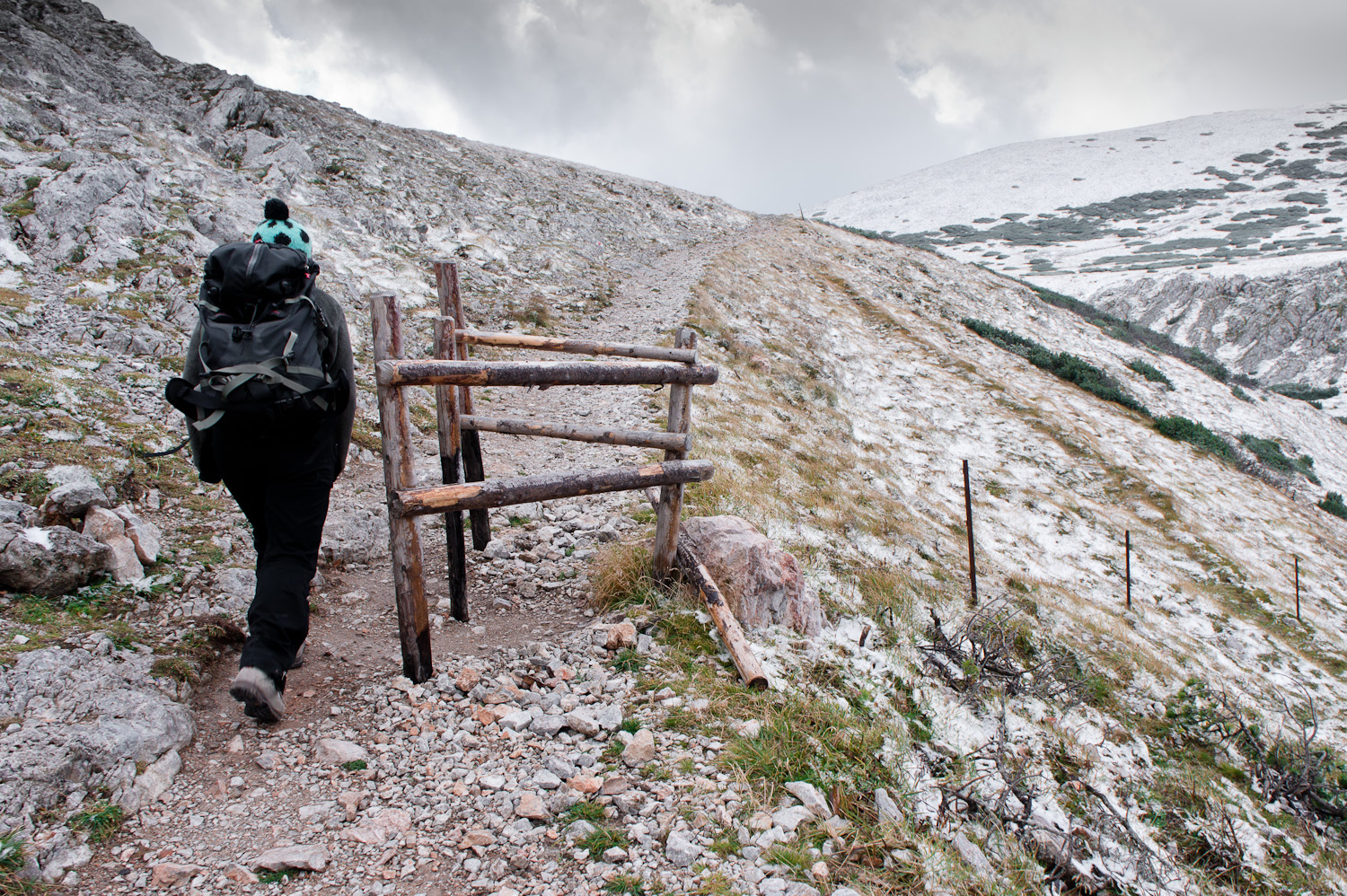 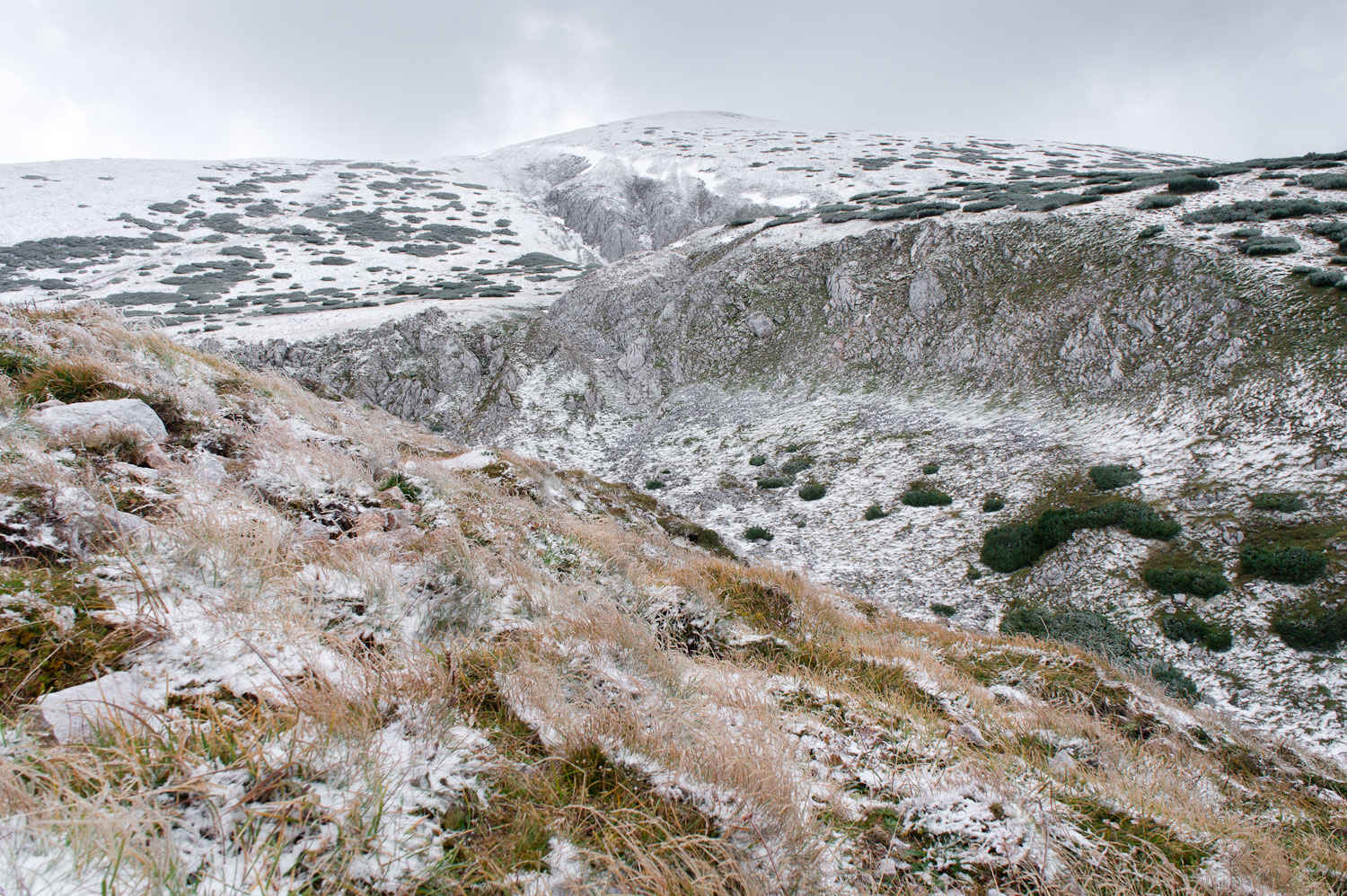 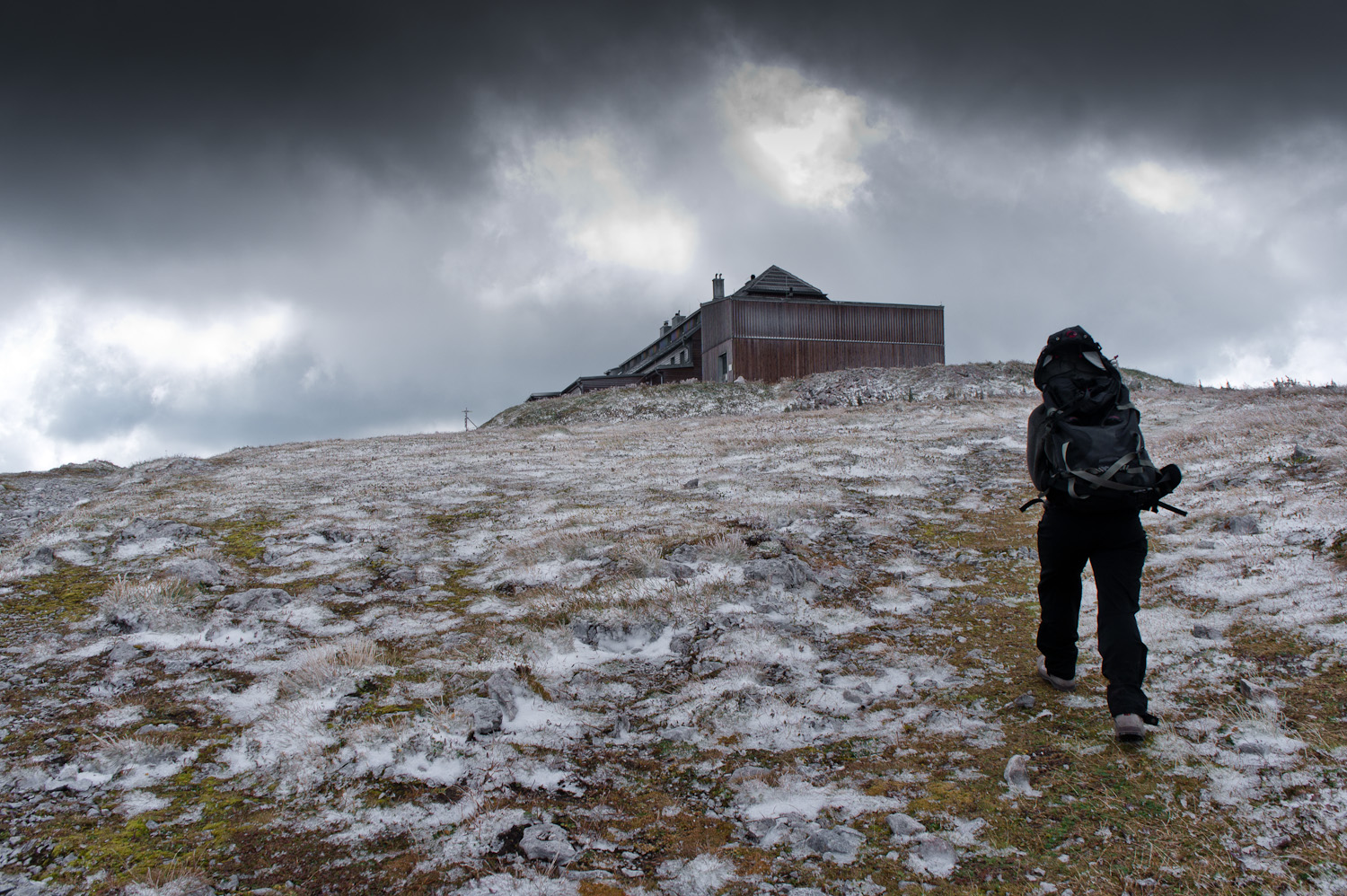 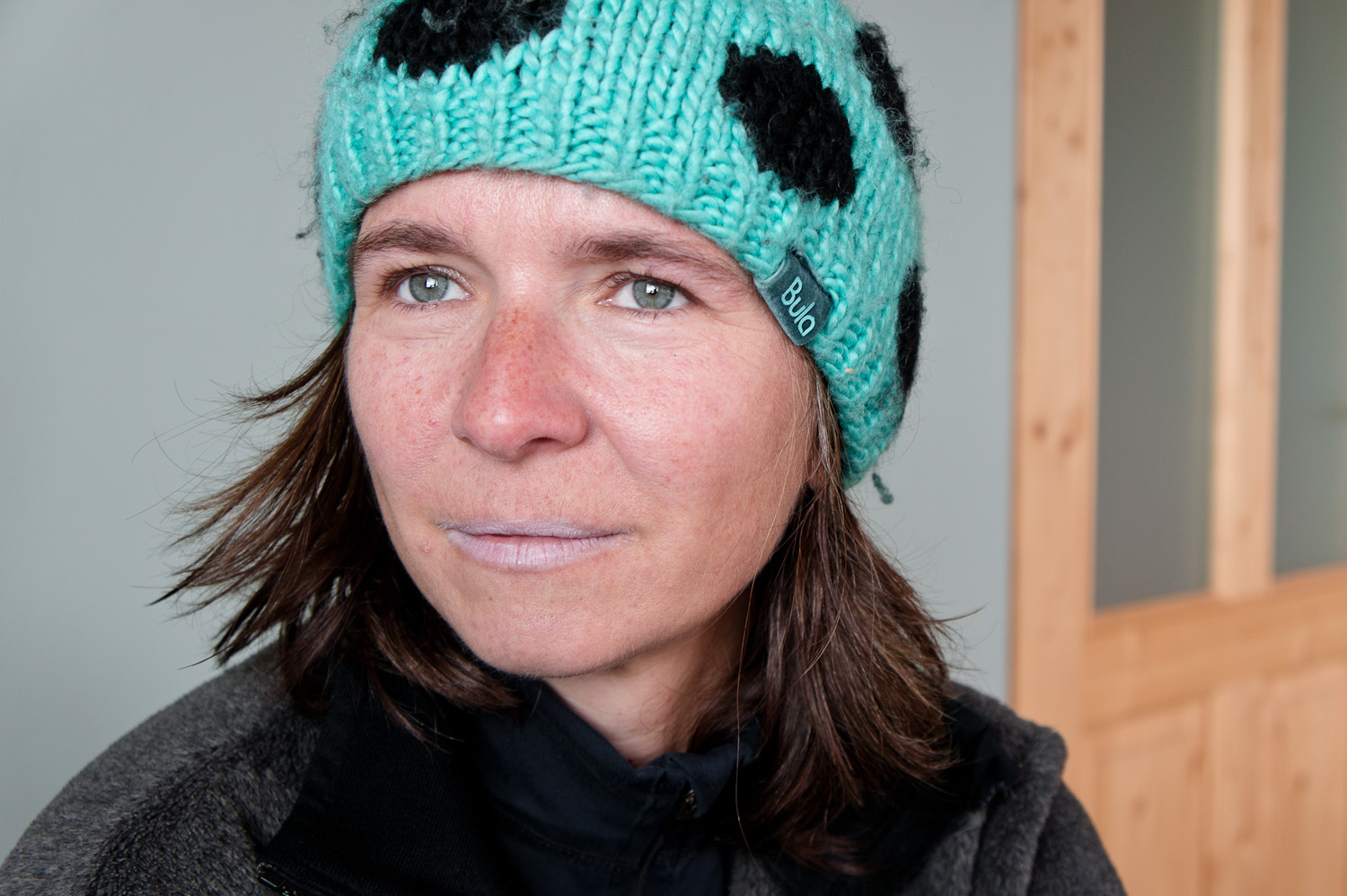 Making of the title shot: I liked this indoor portrait but something was missing and the door in the background was distracting. After the black and white conversion in Lightroom it was already a lot better. After a tighter crop, adding of some grain and a vignette it was just perfect.