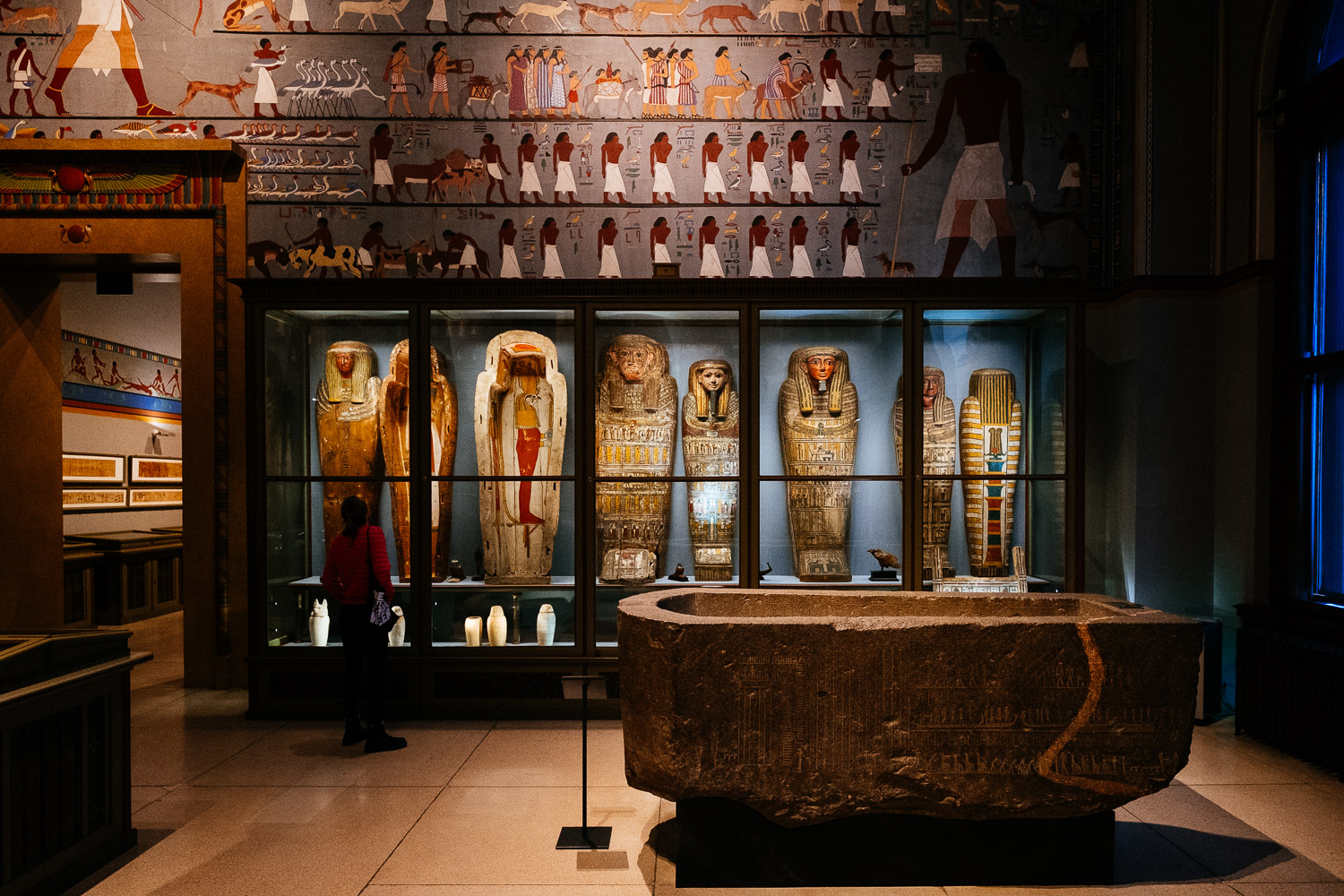 And what a year that was even though it started like the old one. A look back on 2022 in pictures. One picture per month.

2022 started like the old one. With masks and restrictions but at least it didn’t end with with those things we got so used to within the last almost three years! So let’s start with January. I took the picture in the in the NHM (nature history museum) in Vienna with my then brand new camera the Fuji X-Pro3. This is the first camera I bought on Amazon only to have the option to send it back in case the rear screen design would annoy me too much.

I was a Fuji X-Pro2 user since early 2016 (before that I shot X-T1, X-Pro1 and X100)  and I loved this camera but I was more than hesitant to get the X-Pro3 because of its rear screen design. What can I say. I didn’t return the camera and all but one image in this blog post were taken with the X-Pro3. I still don’t think that the flip rear screen is a stroke of genius but I can live with it because I simply don’t use the rear screen at all except for changing to another Auto-ISO setting. Now I use the EVF for that. Problem solved but I think I wouldn’t be offended if the X-Pro4 has the rear screen of the X-Pro2.

No – wait I have used it a couple of times when shooting from a low level like in the image of the sad dog below. Daisy is a real charming dog. She is very friendly and I guess she enjoys life but I never saw a dog that looked as said as she does. It’s kind of how we felt in February when everyone talked about an Omicron tsunami. It seemed that Corona would never end and on top of that Russia invaded the Ukraine. 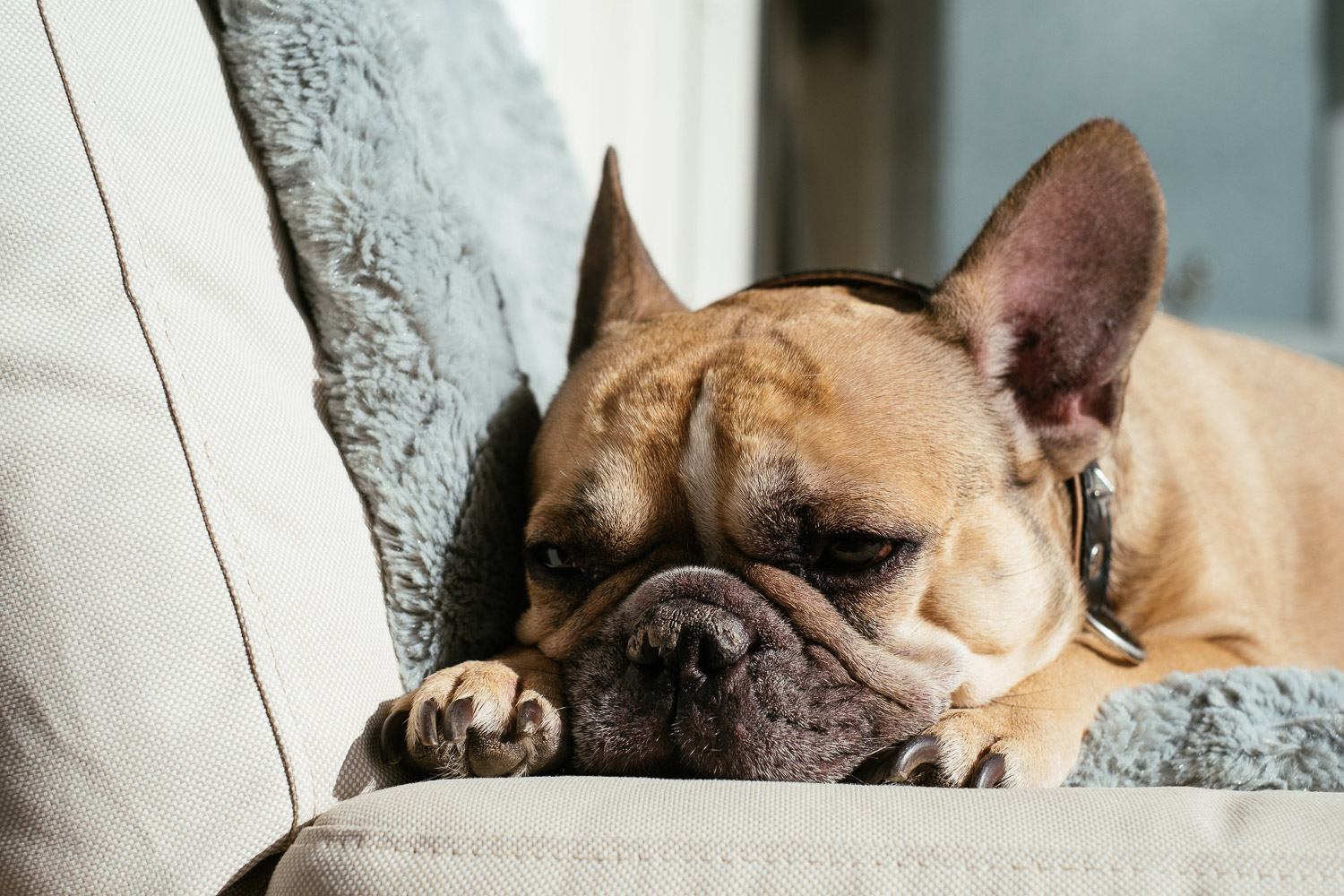 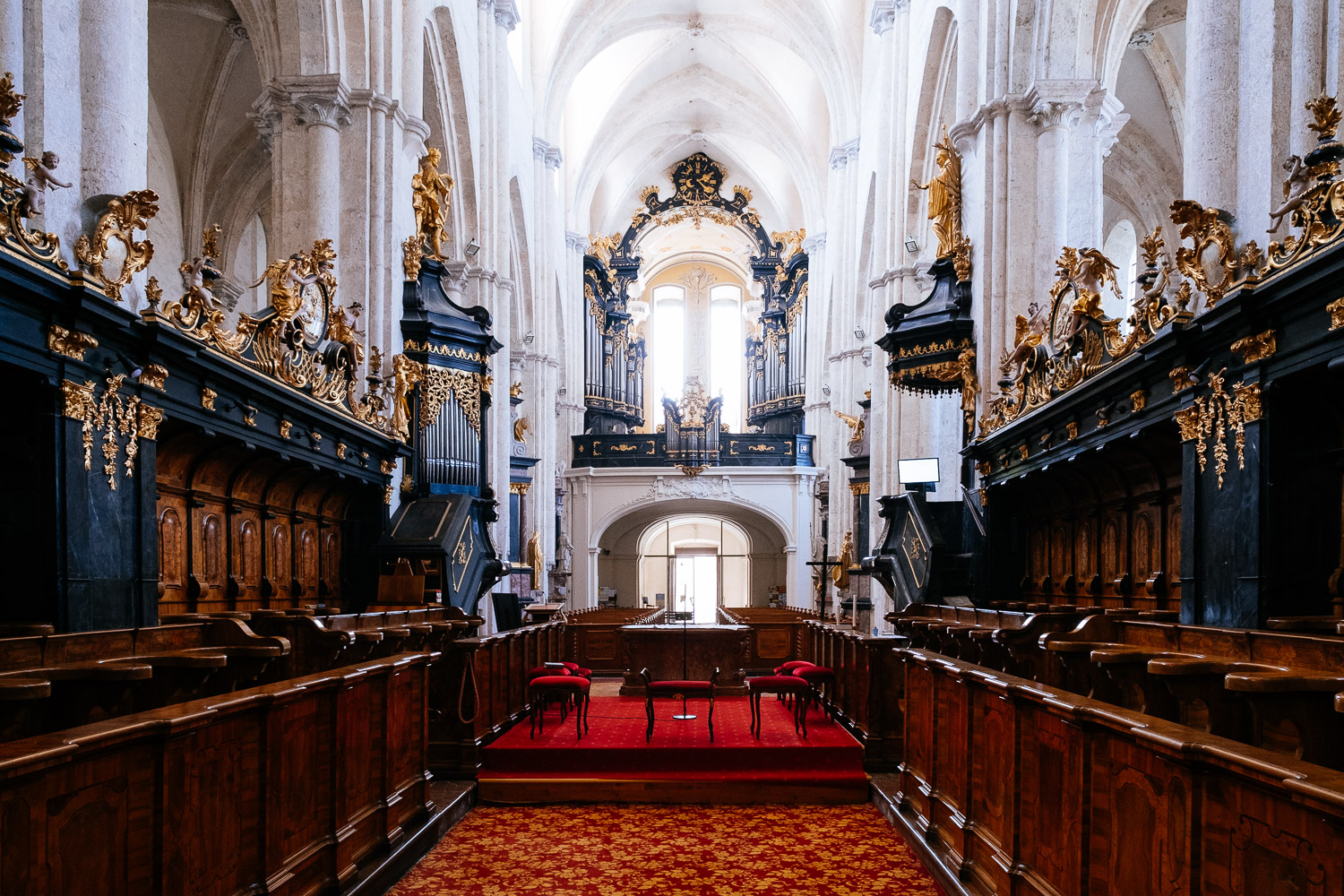 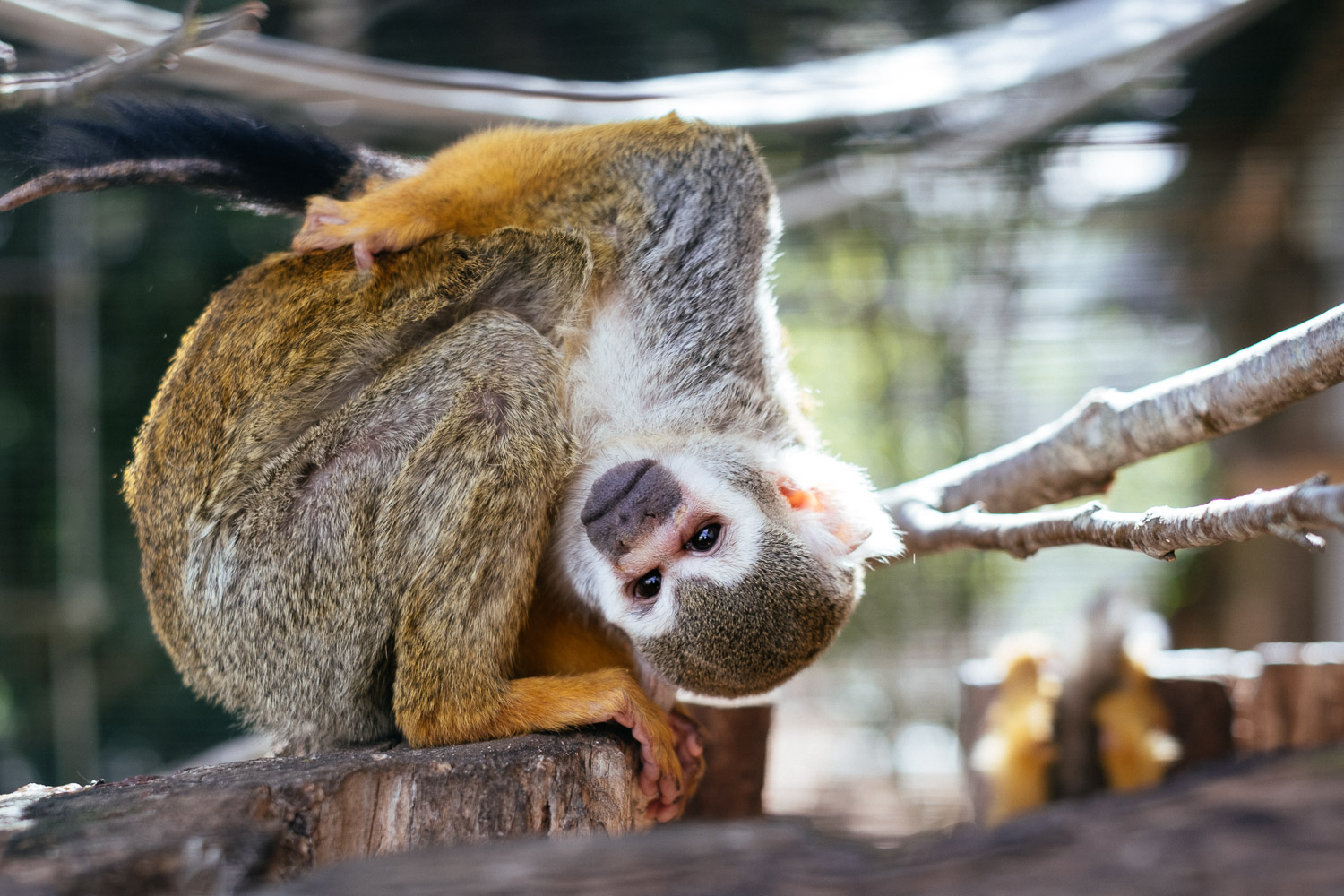 In March we visited an old monastery close to where I live together with friends. Still in masks of course. I have never been here before even though it is practically next door. A learning from Corona. Good things can be very close to your home you just need to find them.

In April we visited Germany and went to a zoo with my mother in law. I got her a Nikon Z6 and she was shooting that with a tele zoom of course. I only had my small bag with me which means the longest lens was the XF 35/1.4 R which I used to shoot this little fellow who sat next to the edge of his cage. I was happy with the shot but I would recommend a slightly longer lens for zoo photography.

In May it finally happened. My first business trip since February 2020 and again it took me to Japan. At that time Japan had not really opened but allowed a limited number of foreigners in again. I needed to apply for a single entry visa for which I had to visit the Japanese embassy in Vienna and fill out various forms. I also needed a personal invitation from one of my distribution partners and someone willing to vouch for me. I had to test prior to the flight according to Japanese standards and download tracking and health tracking apps on my phone. In short: it was complicated. But it was worth it.

Of course there were masks everywhere, some restaurants and shops were closed. The airport was a ghost town and there were no foreigners. I received some curious looks like I would come straight from mars. But I enjoyed my trip and to finally see my business partners and friends again after the long break. And I finally visited the teamLab borderless experience for the picture of the month May. 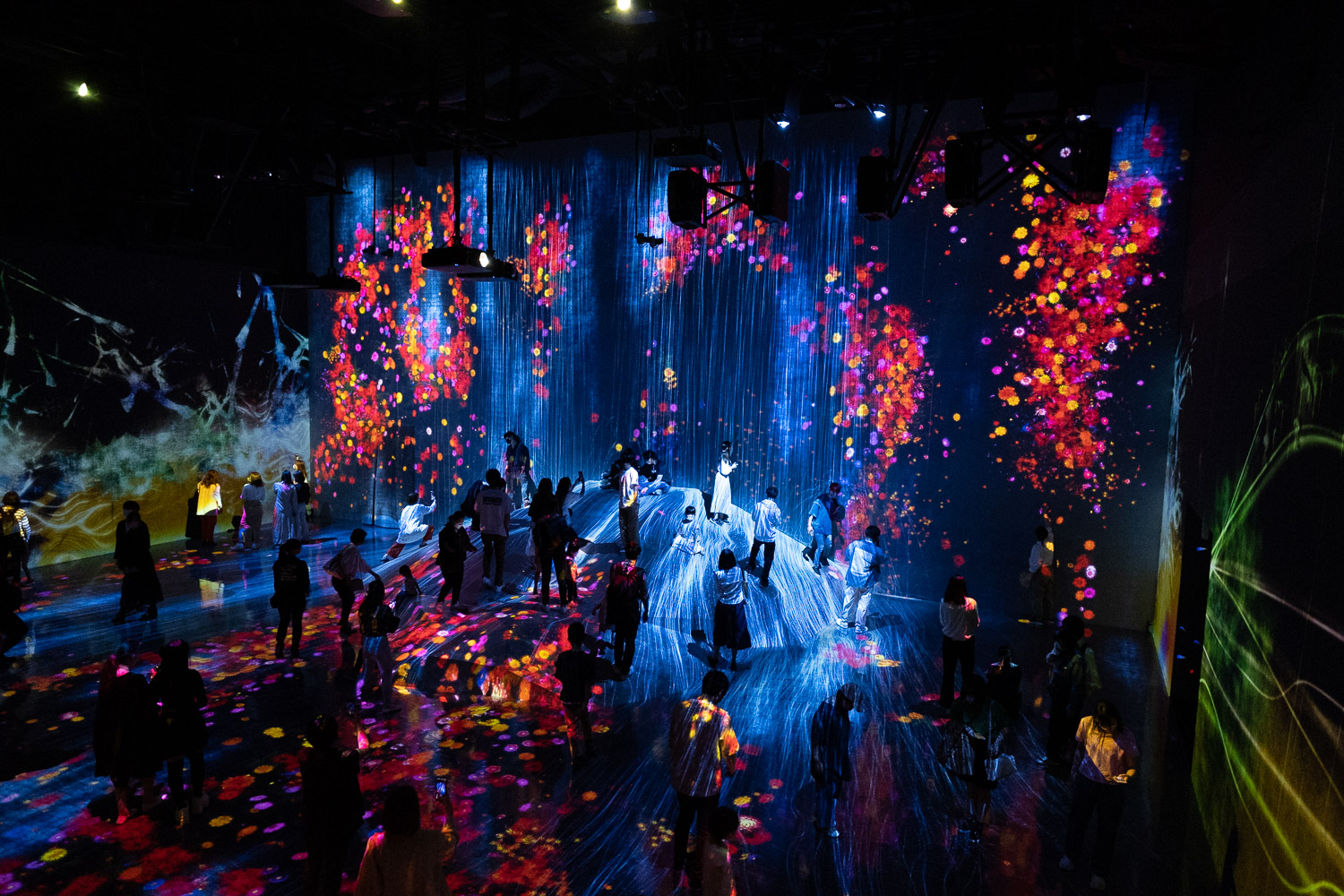 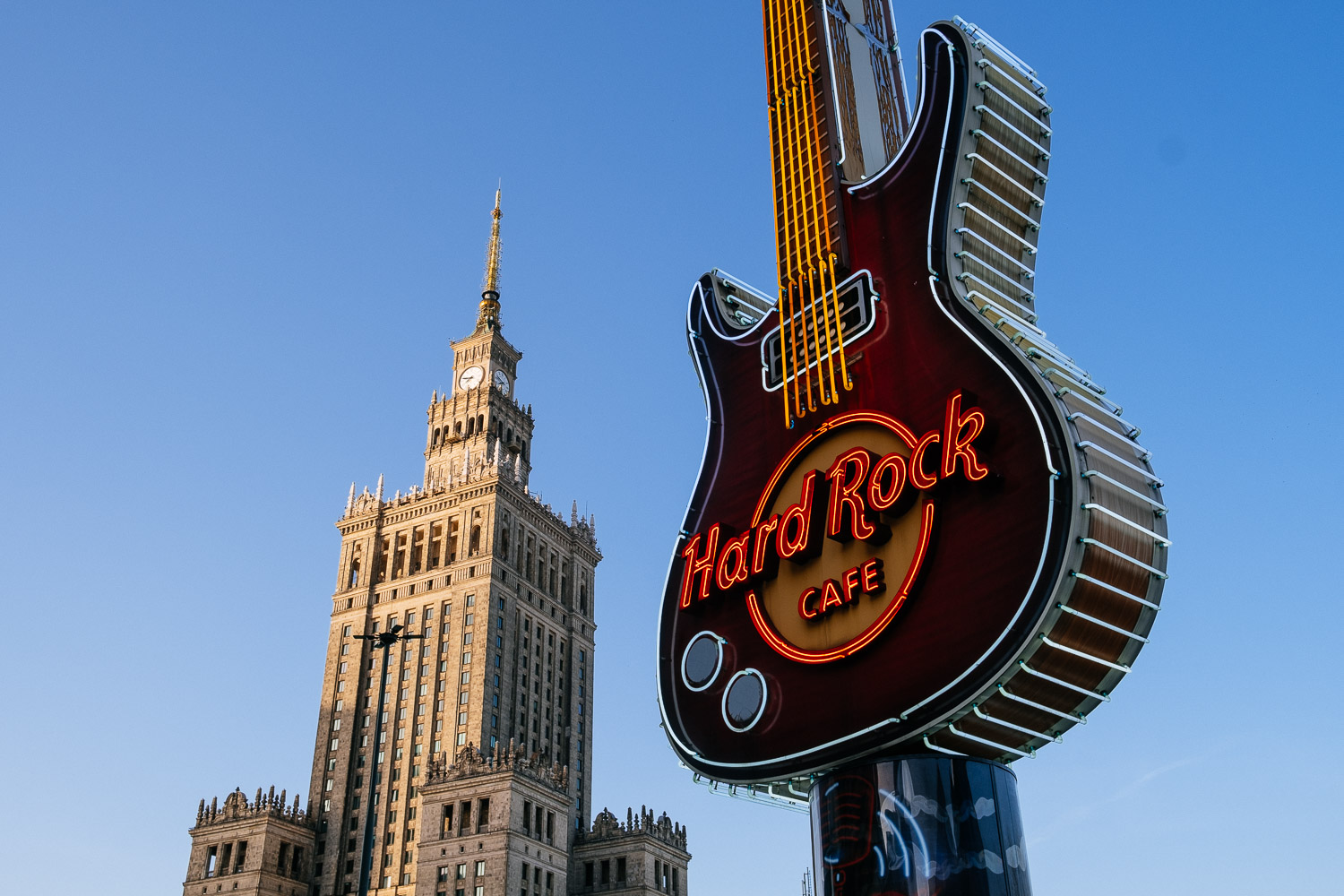 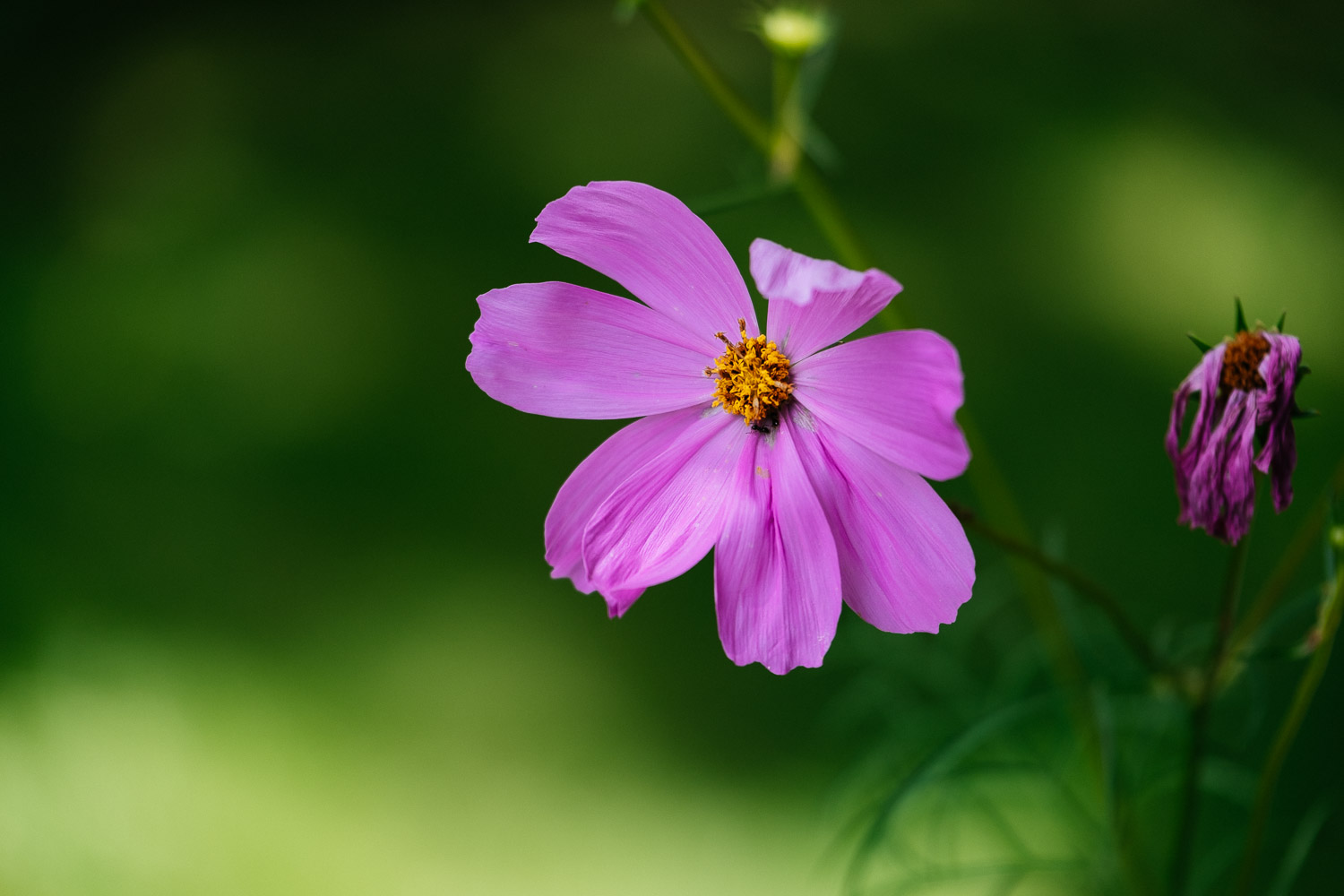 After I returned from Japan I learned that my home country has moved on. We dropped the masks everywhere except in hospitals or pharmacies. After almost two weeks in Japan where I wore masks inside and outside of buildings it felt strange to go to the office without a mask but it was good. Finally!

We planned for a vacation but recognised that prices went through the roof for flights, car rental and hotels. We decided that this is maybe too early to travel far and so we went on a road trip through Poland. We have been here before a couple of years back on an Easter holiday break and I have been in Poland many times when I worked for my former company. In February 2012 I took an image of the Hard Rock Cafe Guitar in front of the Palace of Culture in Warsaw with my Fuji X100 and now I retook this image 10 years later with my Fuji X-Pro3. East meets West.

In July I decided to finally take my new lens with me that I already bought in December 2021 for future vacations. Since I decided to keep my gear small and light for Poland I haven’t shot this lens much. the beautiful garden of our friends finally provided me with the opportunity to give it a try: image of the month July!

In August I traveled again for business. This time Seoul, South Korea. My first visit for a long time as I had to cancel my trip in March 2020. Back then I thought it would be only a matter of a couple of weeks until everything is back in control. Well, I guess I was very wrong on that one. This was a strange visit. I nearly needed to cancel it because of a problem with my left ear. It improved just in time for the flight. I also had thoughts about Corona and just wished that I would not get ill when I’m there. Guess what: Two days before departure I got Covid which meant that I went back home more than a week later than originally planned. Seven days in a Corona hotel which offered no comfort but provided me with a story to tell.

But the picture of the month was taken on the first day after arrival. I went for a walk and experienced the beginning of the worst rainfall in Seoul since decades. Within 24 hours Seoul saw more rain than Austria did in 2022 until August! A very strange trip indeed from start to finish including some special memories. 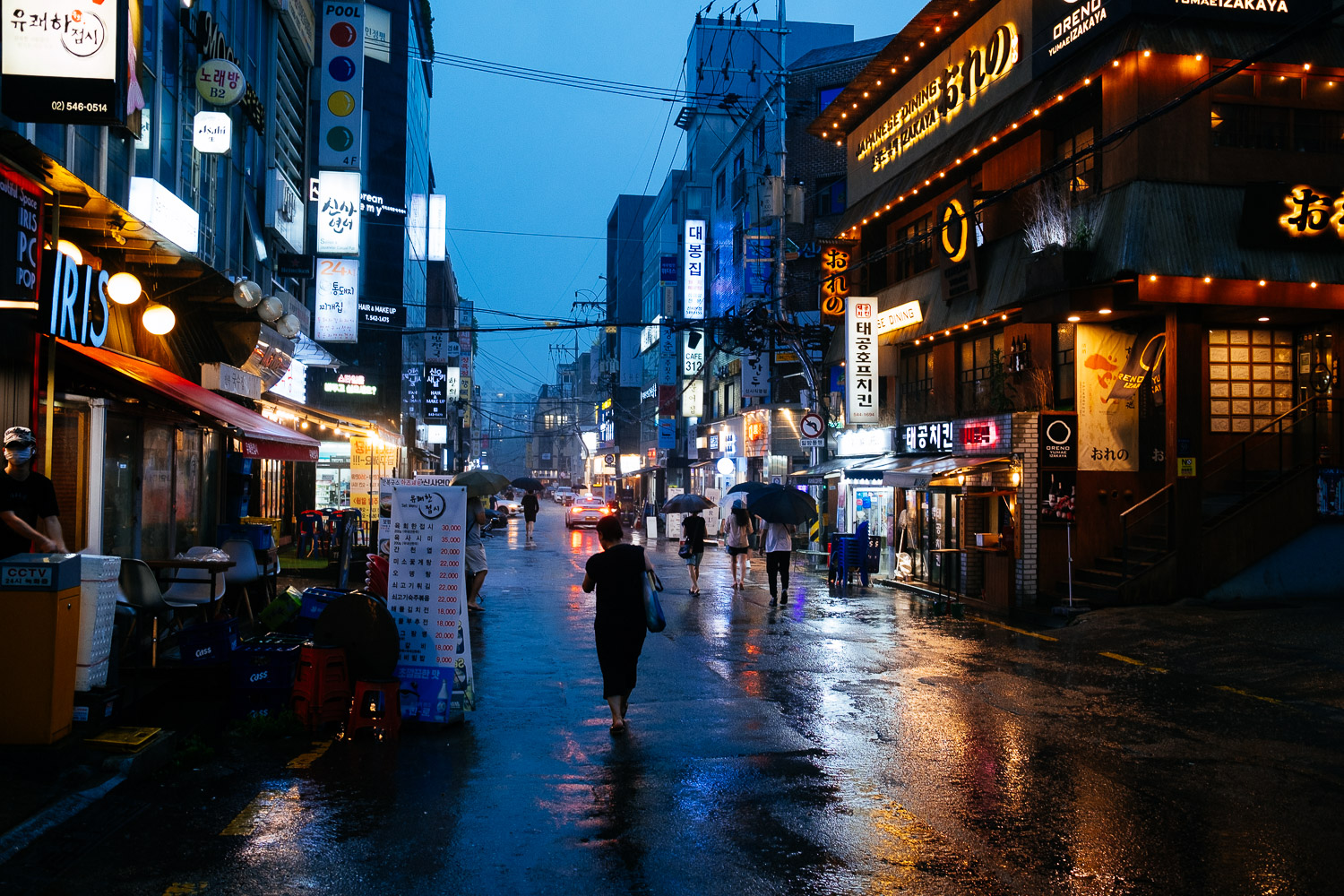 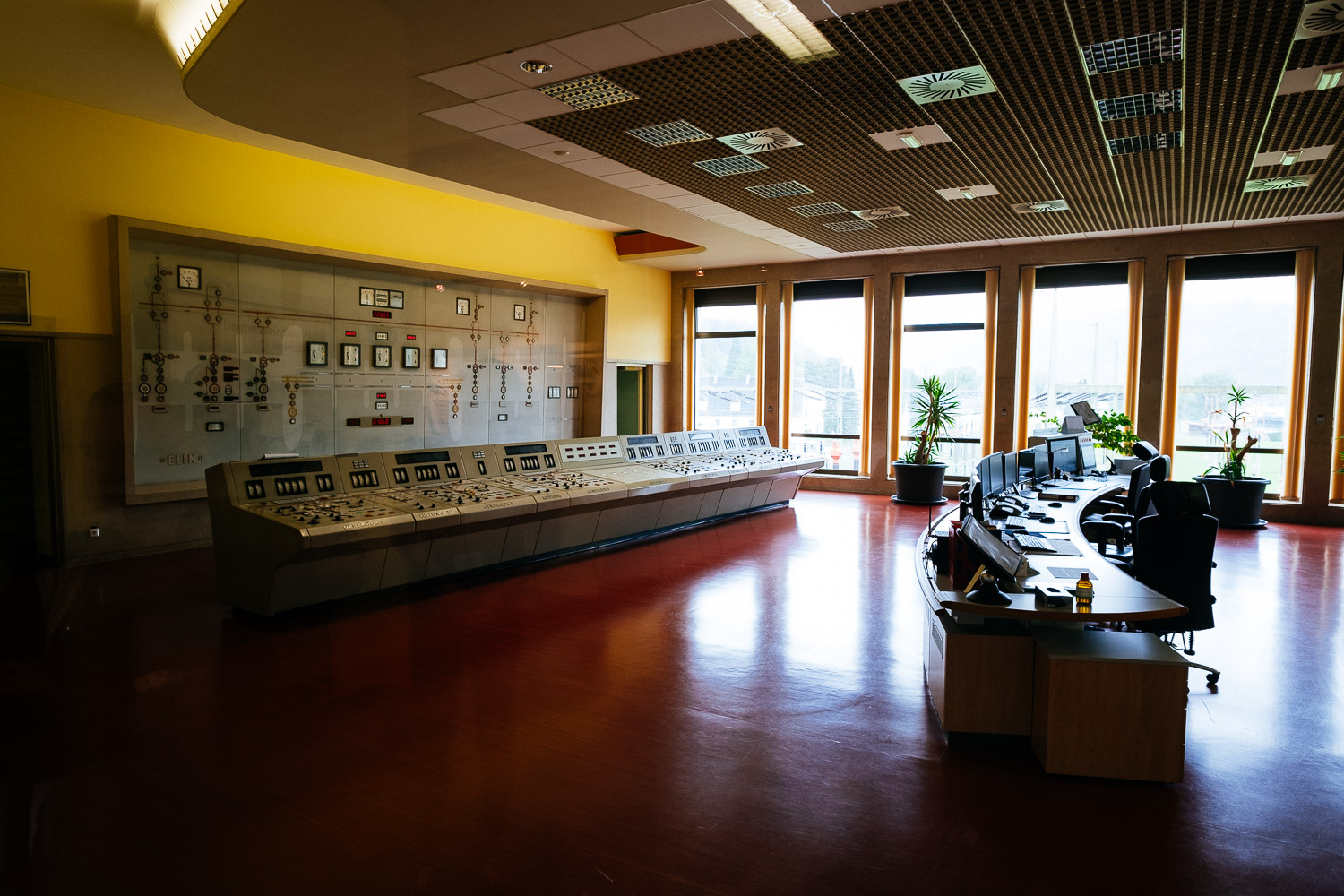 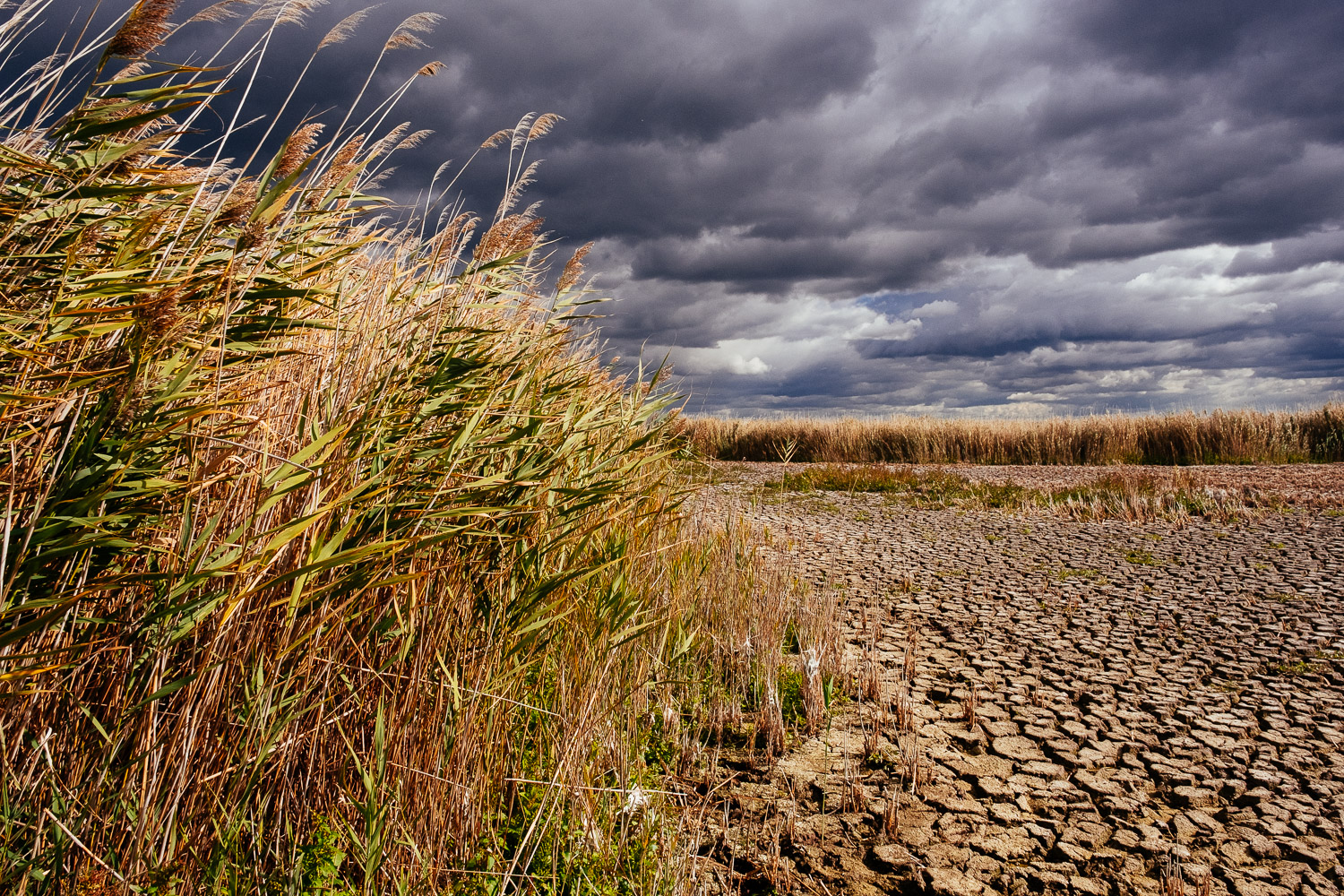 Home again I enjoyed normal summer weather and a new freedom regarding Covid. Fully vaccinated and just recovered just felt different. I wasn’t scared to get Covid but there is no way to deny the additional peace of mind. And I wasn’t wrong. A couple of weeks after my return we had dinner in a restaurant with friends. I remember that I said “that’s a Covid cough” when one old guy on the next table coughed loudly but didn’t take it serious. Two days later my wife and our friends tested positive. Shortly after that other friends and colleagues at work who successfully avoided Covid for more than two years got infected too. Seems that this is the only way out of this. If everyone is immune the virus that changed the life of everyone will finally die.

I didn’t take a lot of pictures in September and October but have two that are relevant for 2022. The first shows the control centre of the biggest hydro power station in Austria. On the left the original instrument board and on the right a bunch of computers and an empty desk. The desk is empty because nowadays all power stations are controlled remotely. Hmm. Live Free or Die Hard.

But since Russia invaded the Ukraine there is an energy crises in Europe. No more cheap gas from Russia. Maybe this angry old man has done more for renewal energies than all green parties and activist combined. Because I’m confident that we will finally move away from the dependency on fossil fuels and even more important from autocratic regimes.

The shot from October shows another big problem: climate change. This summer parts of the Neusiedler See fall dry and smaller local pods disappeared. I used to come here often about 20 years ago when I was into bird photography. The ponds and the meadows were full of birds. But no water – no birds. It was also the third warmest summer since Austria started to record the weather 255 years ago.

End of November brought another business trip to Japan. This time there was no need for a visa, pre-flight or arrival tests. Japan finally opened its borders again and it felt completely different to my trip in May. Everyone was still wearing masks everywhere and all the time but there was a different energy. The restaurants, shops and trains were full again. Japan was ready to move on and it felt great. At the beginning of my trip it was surprisingly warm but that changed after a couple of days as a cold front moved in. I took this shot inside the Nozomi express from Tokyo to Osaka on my second day in Japan. At this speed it is just a matter of luck what gets recorded in the image. I was lucky: if you look carefully you can see mount Fuji in the background. Perfect!

And even more amazing: A couple of days later I got extremely lucky again. On my way from Tokyo to Sendai I took an image through the train window again. This time with the tele lens of my phone as I was sitting on an isle seat on the other side of the train. The Fuji again in all its glory. It took me seven! visits to Japan before I saw the mountain for the first time. This time I saw the mountain three times. I take this as a sign. 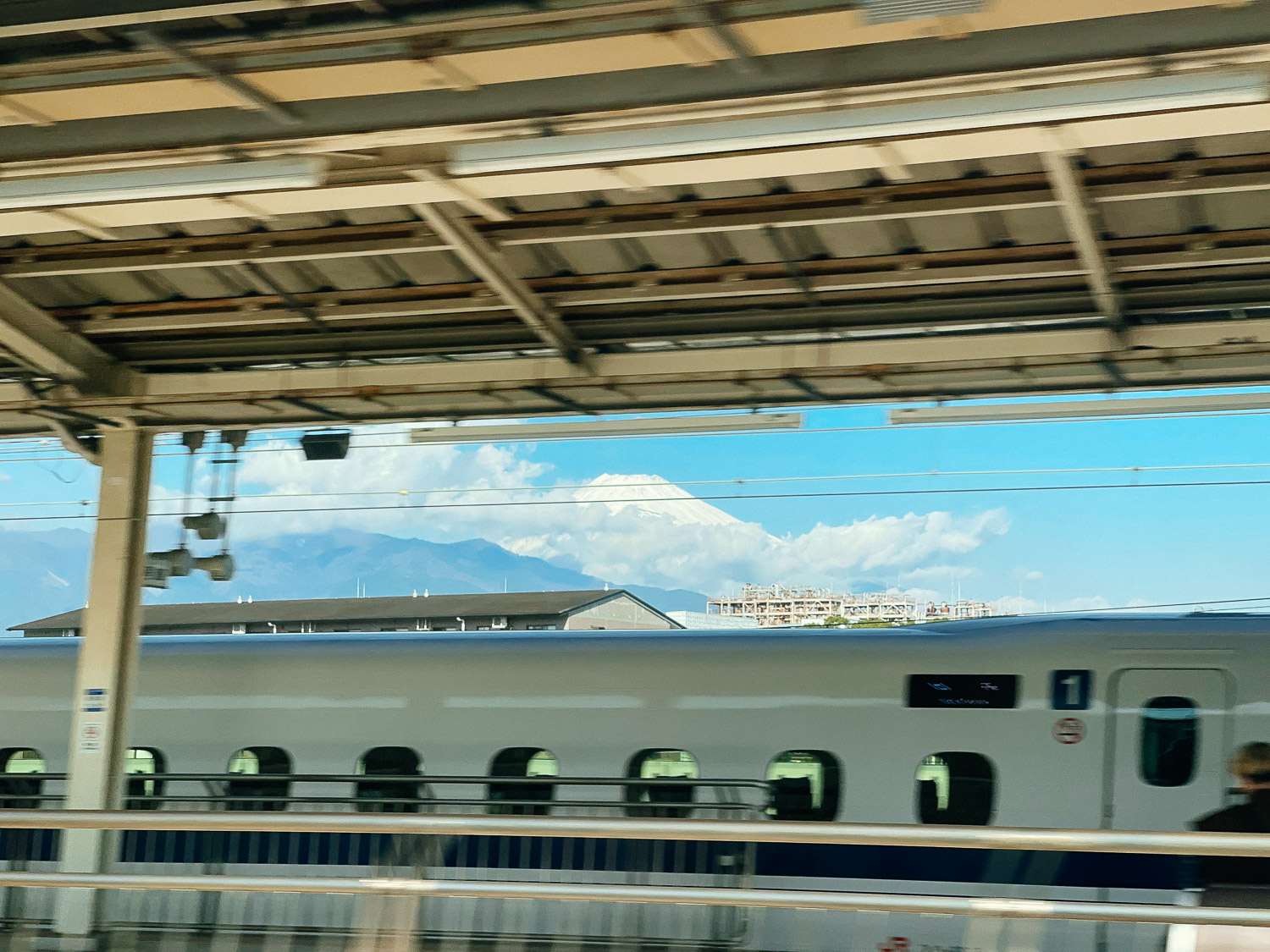 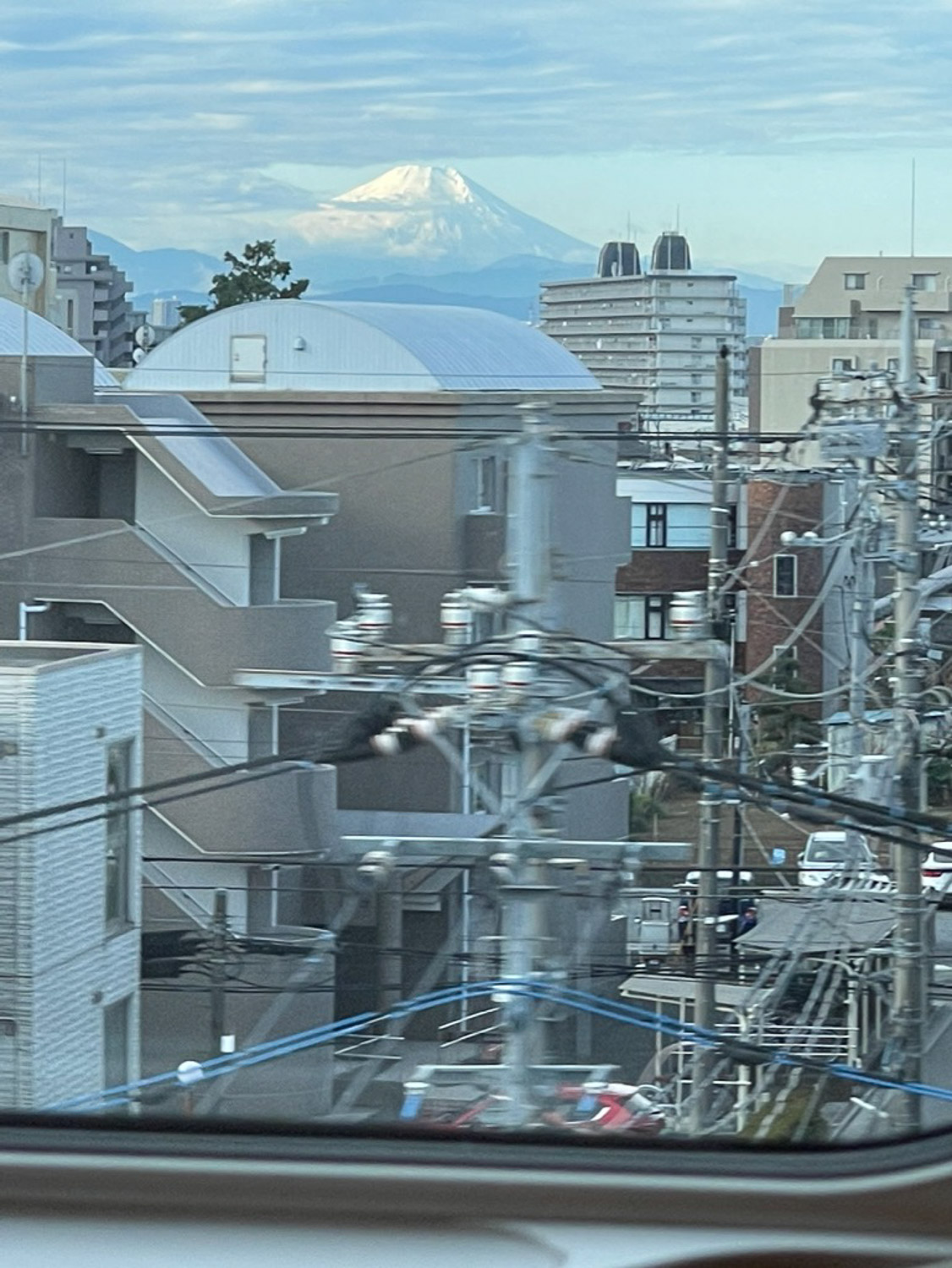 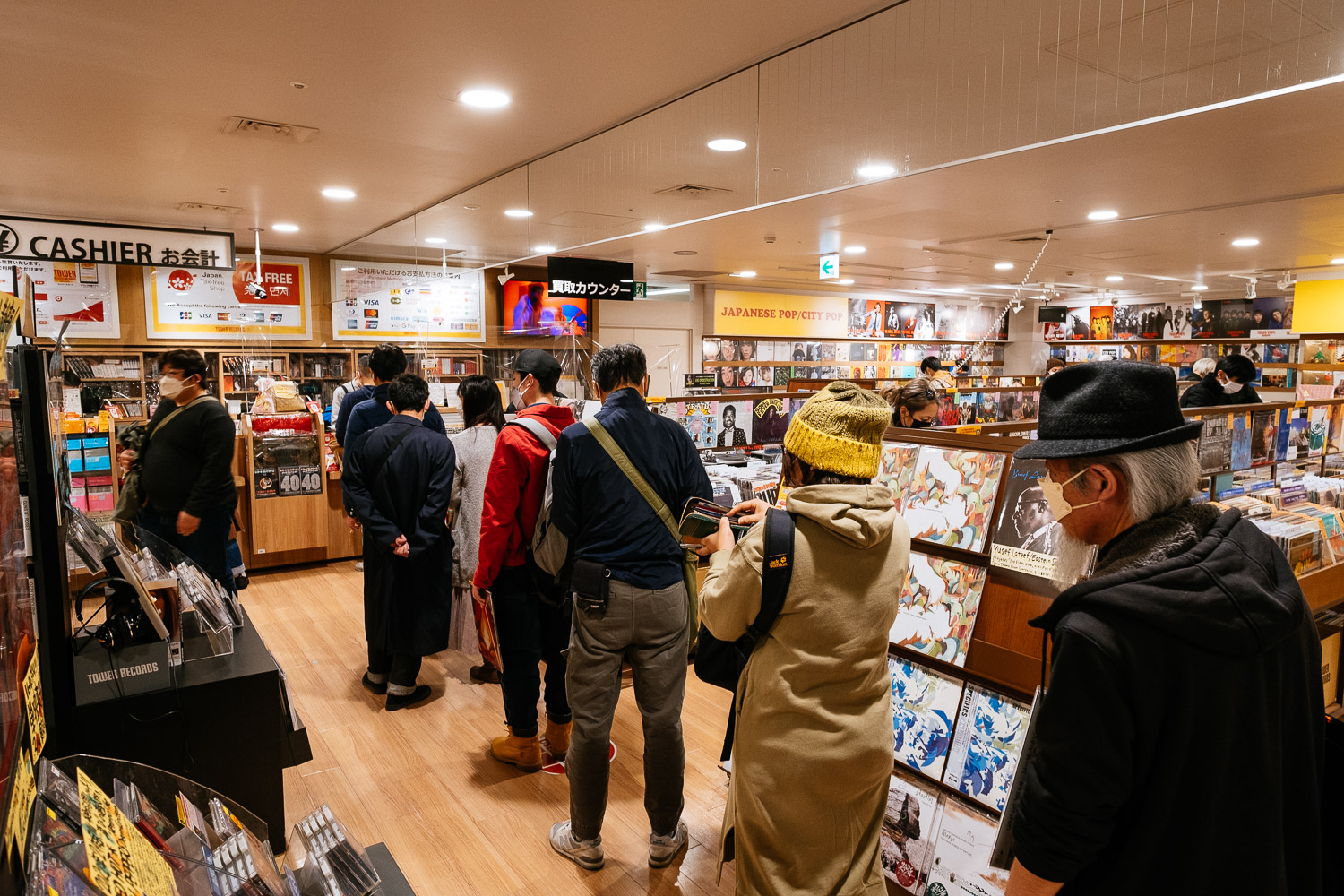 Yes there are more than 12 pictures in this blog post. The reason is simply that there are three images for December. I had to include the second Fuji shot and I had to include the picture of the long queue in front of the cash desk in the Tower Records Shibuya and finally of course the Christmas crib taken in the cathedral of Passau. All strong signs of hope for me. I think I don’t have to explain the crib but the other two. If I can see mount Fuji three times in a single trip and if a records store can thrive in 2022 there is still hope. 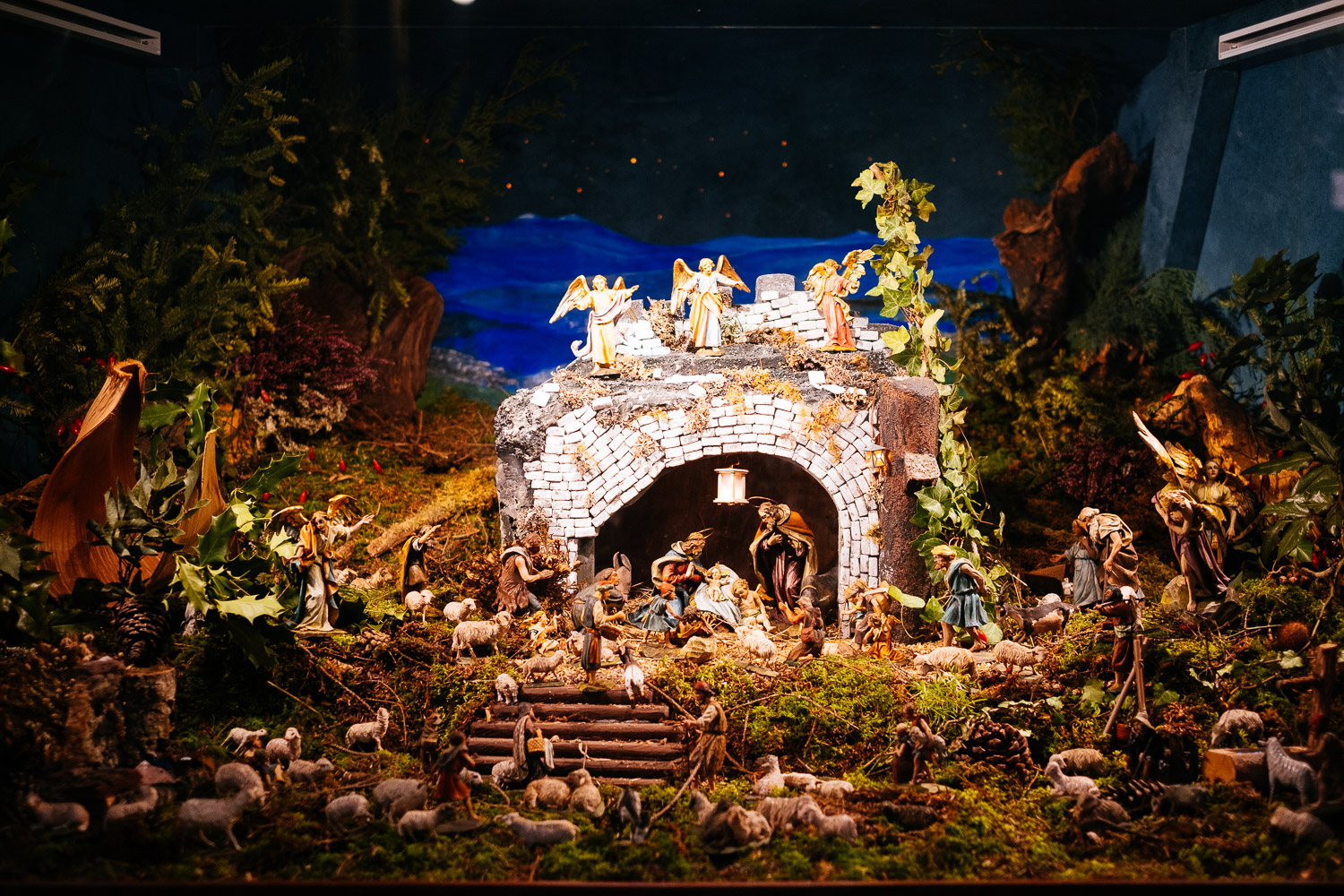