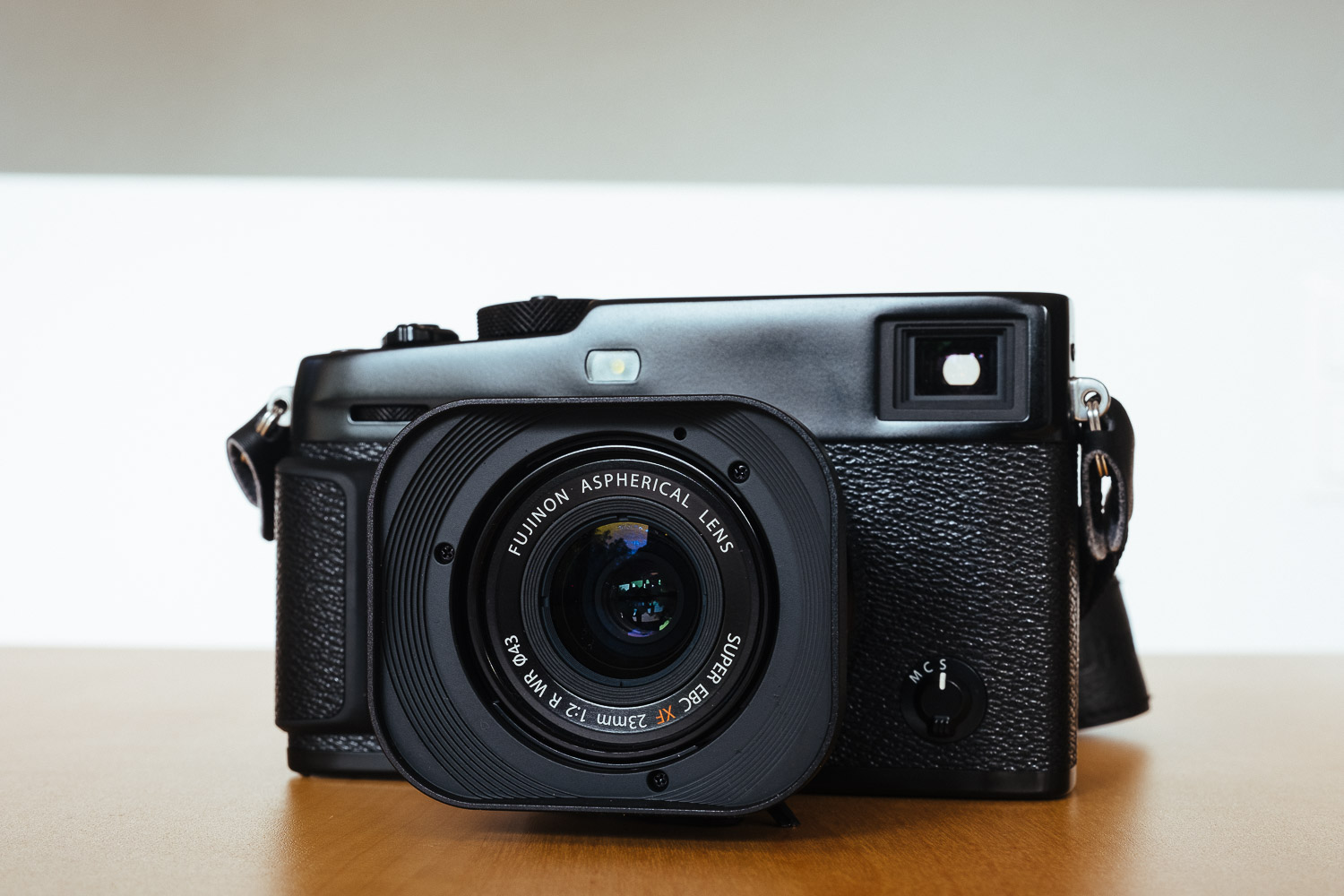 At first it seems like an odd questions but is it really one? What do you gain if you buy a new camera today?

I was an early adopter. I got my first digital camera in 1999 (a Nikon Coolpix 950) and completely switched to digital in January 2002 (with a second hand Nikon D1). Over the years I bought 32 cameras! It sounds crazy because it is crazy, there is no way to deny that. To my defense in those early days of digital photography every camera that came out was substantially improved over the previous generation. So there was a real reason to upgrade to the newest model.

First it was all about resolution. From humble 2MP back in 1999 the resolution increased with every new generation. Next was high ISO performance and later dynamic range and read out speed. Sensors have come a long way and the same is true for the shooting experience. Autofocus speed has been improved as well as the number of AF points. Face detection has been added and later it also worked for animals. Frame rates went up massively too.

But today we have massive resolution, top high ISO performance and dynamic range, fast  AF with face detection and super high frame rates plus a buffer that almost never fills.

What now? Why should you upgrade your camera when there is almost no change compared to the previous generation? I finally bought a Fuji X-Pro3 this January but mainly because I just wanted something new since I shot with my X-Pro2 for almost 6 years. What did I gain? Honestly, not that much. Slightly improved AF, an improved EVF and a very special rear screen monitor design that I hardly use. Don’t get me wrong I love to shoot the X-Pro3 but the same is true for the X-Pro2.

I think that this is a real problem for the camera industry. Technically there is no need to upgrade to the new model as the previous generation was already excellent. 10 years ago it would have been strange for an enthusiast to shoot with a 5 years or even older camera, today it is perfectly fine. 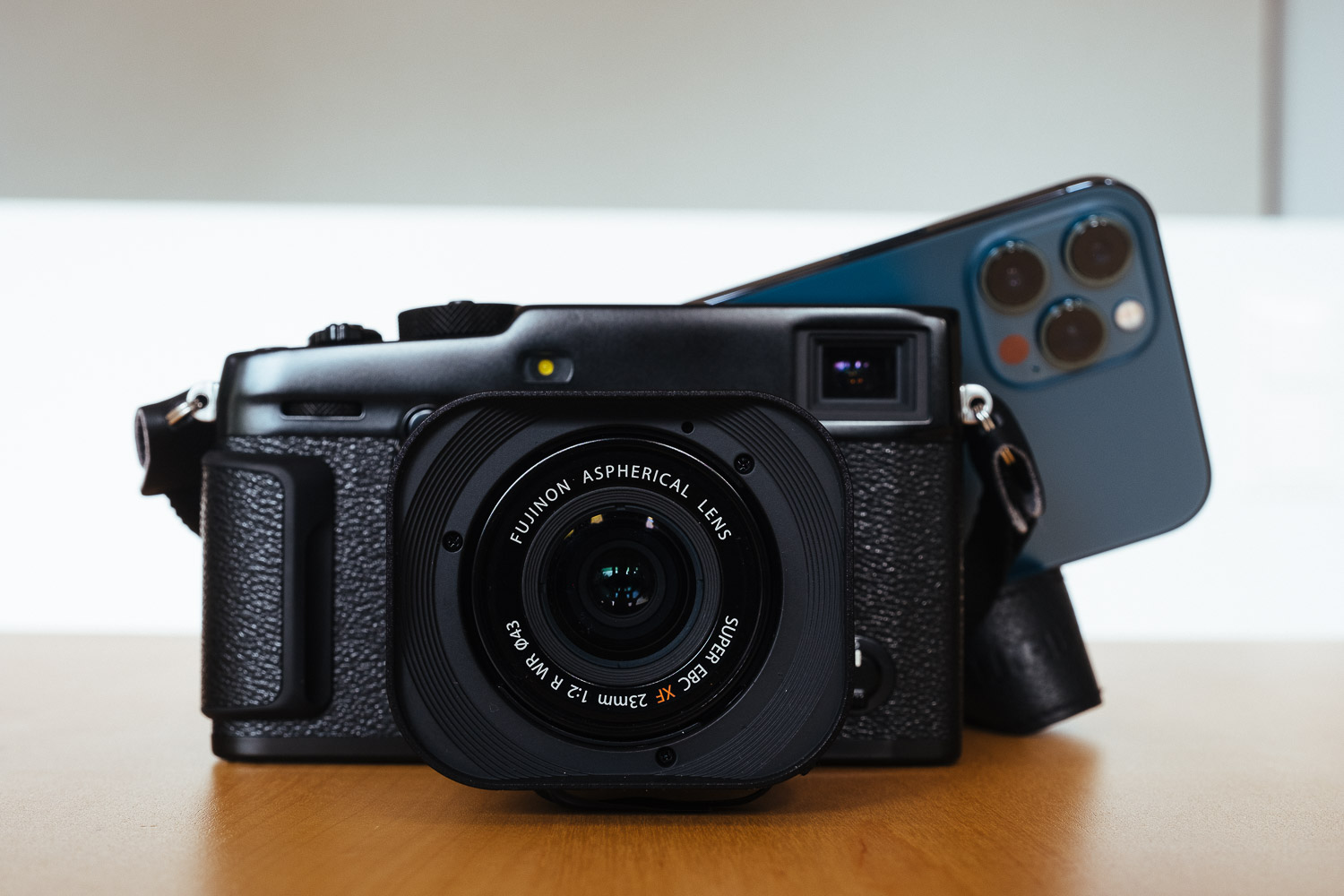 What is needed to keep photography with real cameras alive?

Make those cameras fun to shoot with. Give them nice dials, switches and controls that everyone likes to touch and play with and pay attention to a nice shutter sound. I think this is one area were Fuji is already very successful. Their higher end cameras are a pure joy to operate. Not every manufacturer manages to give a good shooting experience. But if a camera is no more fun to shoot with than an iPhone people will rather just use their iPhone.

Extreme examples are the Sony RX100 cameras. Excellent sensors, fast AF and frame rates trapped in a camera that is just awkward to operate. I bought the RX100M4 two years ago but I hardly use it because I just dislike the shooting experience. Even though it is super small and offers a much better image quality than my iPhone I still use my iPhone almost all the time. If I plan to take pictures I take one of my Fuji cameras and if I don’t I just use my iPhone. I would buy a real compact camera from Fuji with a nice shooting experience in a heart beat. Or a Nikon DL 18-50 if anyone remembers this camera.

The shooting experience with an iPhone is anything but great but there are still a lot of things where smartphones have an advantage. 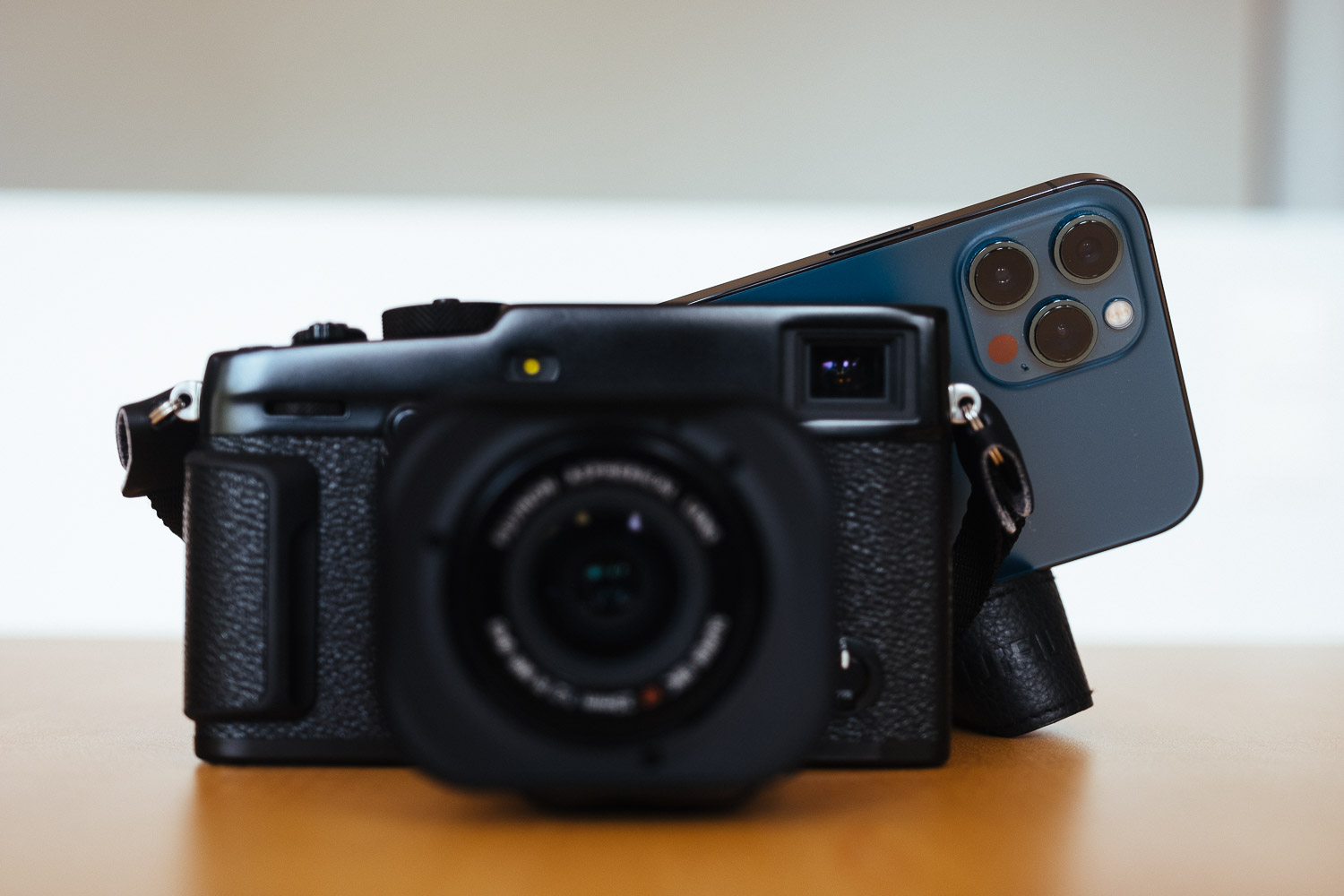 There is one area were the iPhone is vastly superior to any camera on the market: the image processing power. Smartphones still have tiny sensors but they partly compensate for that with very powerful image processors. I get it. If you have a new smartphone but your PC is already a little older your phone most likely has a higher computing power than your computer. And modern smartphones use those powerful processors to get the best out of their tiny imaging sensors.

My iPhone 12 Pro max has a so called “night mode”. The images it can produce in low light or better almost no light are amazing. They are better than what you can see with the naked eye. I can’t reproduce those with my camera. So my phone is somehow a better night camera than my real camera! And it doesn’t even need a tripod to do that. Even if I would put my camera on a tripod I would still not get the same result. At least not from a single photo. The iPhone image is a HDR composite from multiple exposures. You would need to take various exposures and use some HDR program on your computer to get the same result. I don’t want to do that. I would love if my camera would have a night mode that gives me those results out of camera.

This would be a really useful feature but currently no camera maker offers that. And honestly I don’t see why. Especially on cameras with IBIS it shouldn’t be that complicated.

There is another area where the smartphone has a real advantage over any camera on the market: You take an image, you do some basic adjustments and you share your picture. All that within seconds and without any hassle. Try that with your camera! I know that there is an app to connect my iPhone to my camera but this is anything but a seamless process. I understand that it is more difficult because camera and phone are from different manufactures and the app is programmed from a third party but there has to be an easier and more elegant way.

It would be nice to i.e. double click the play button to transfer the currently displayed photo to my iPhone. As of today no camera manufacturer has mastered this.

I’, aware that there are options to use an external GPS tracker or my iPhone to get GPS data for the pictures that I take with my camera but I would still like to have this done by the camera. My Canon 6D had this feature and I loved it. It is still the only camera where I have the GPS data in Lightroom because the data was already embedded into the RAW data.

Today we are used that we record the location if we take an image with our smartphones. It makes it easy to find a restaurant again in a foreign country. Just take an image when you are there and you should have no problems to find it again in the future. It would also improve picture search in Lightroom if there would be GPS data for every image.

There is nothing more annoying than taking a portrait but later find out that your model had one or both eyes closed or partly closed the moment you pressed the shutter button. It’s even a bigger issue if you take an image of a group. Of course the simple solution is to take multiple shots and that is what I do but it would still be nice to have this feature.And it shouldn’t be that complicated to implement since there is face detection in practically every camera today.

I love to shoot Fuji X-Pro cameras for their dials that make it simple to switch them to fully manual if necessary but I’m not a purist. I appreciate things like face detection and I also would like to see other features like stabilised lenses or a night mode. There is nothing wrong with that. You don’t have to use those features all the time, or never, but it is still nice if they are there.

Digital cameras have improved a lot over the last 20 years but camera makers must not stop to innovate. And as strange as this may sound they should also take a good look at todays smartphones.

If not I’m afraid that in the future all cameras will look a lot like that: 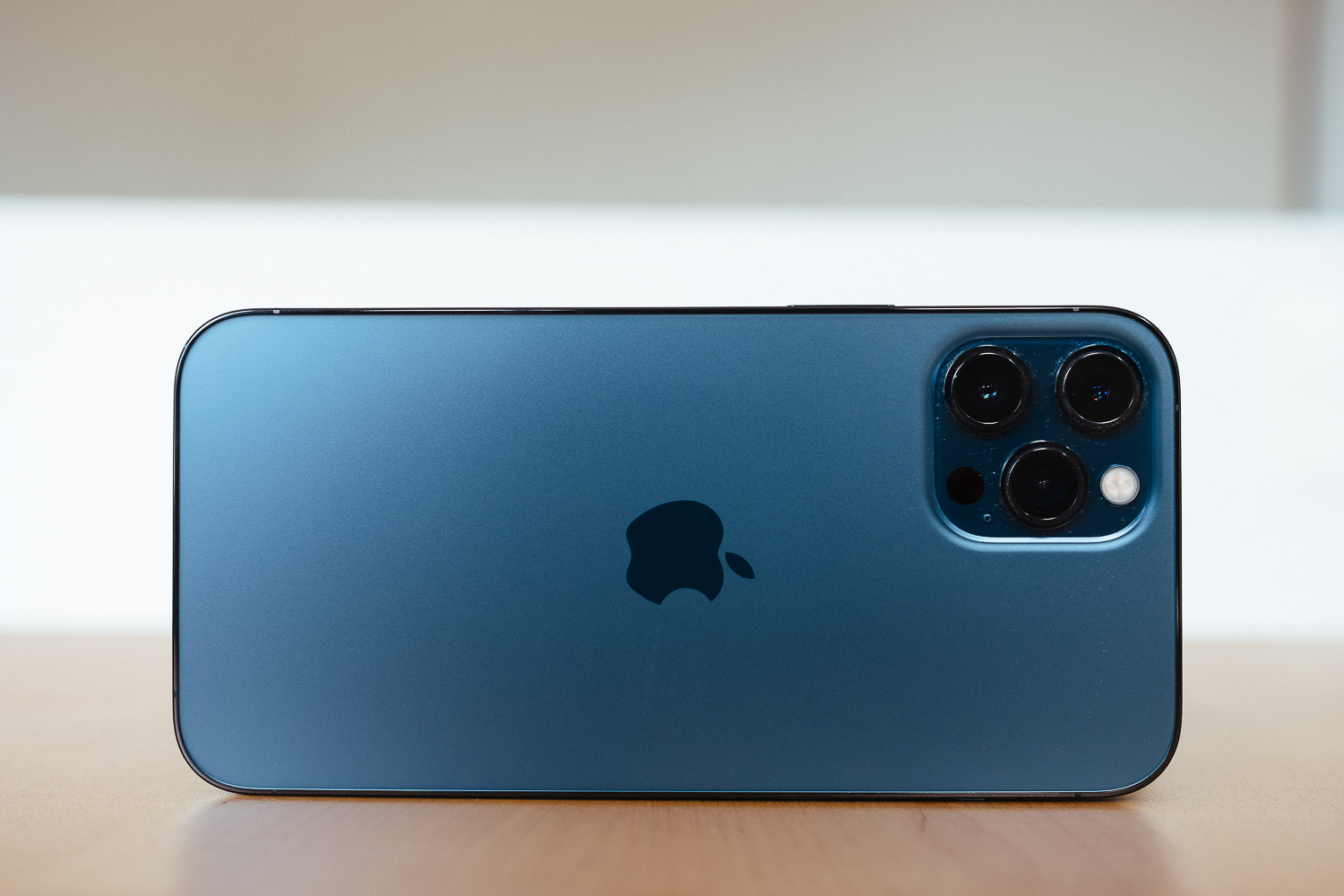