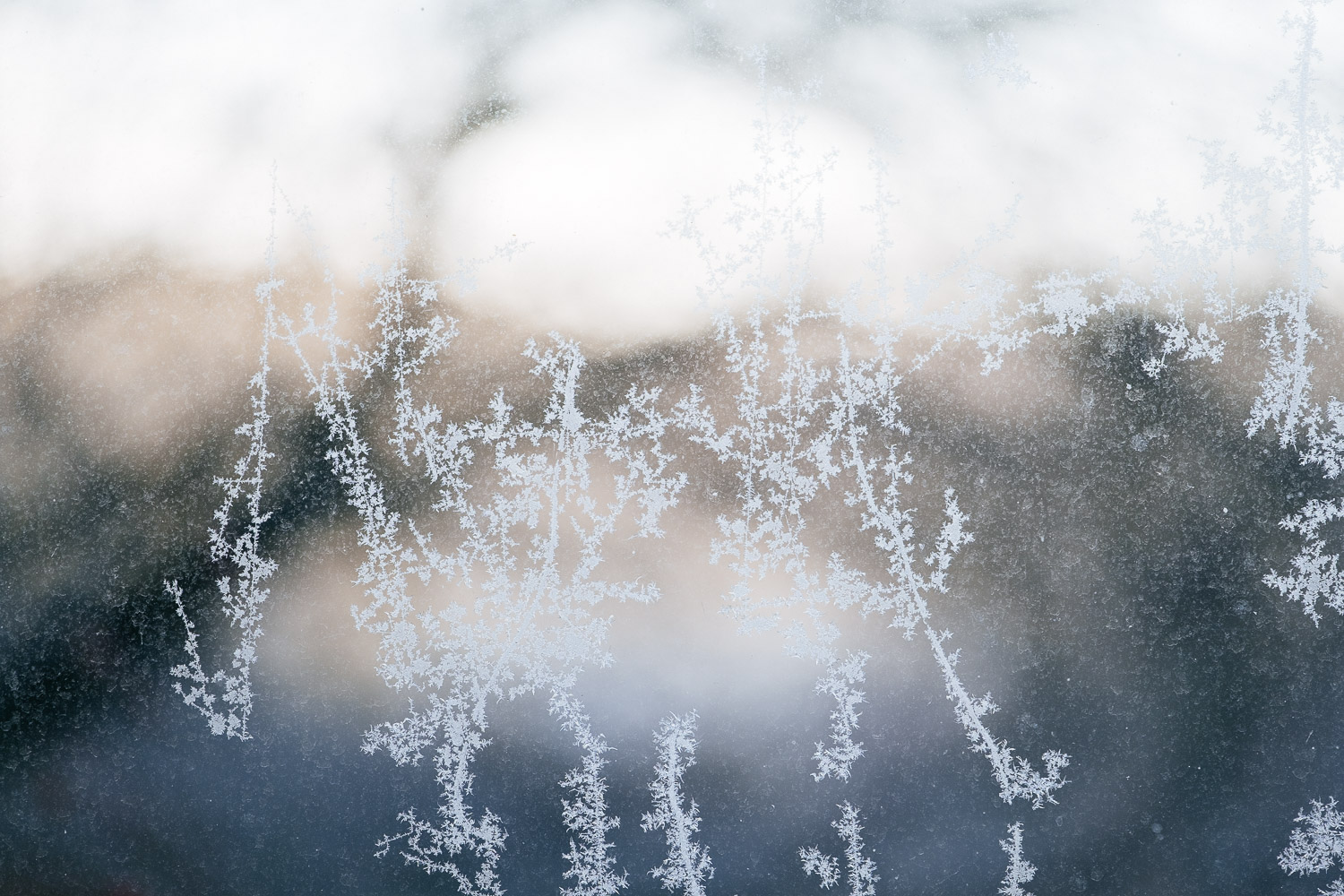 Finally winter. After a very warm New Year it got cold again. Cold and sunny which is really something different here.

And I have a brand new camera so we had to go out to take some winter shots. There is a place we go at least once every winter usually to flee from the fog that plaques the lower altitudes and this place is called Mariazell. It’s a small town in the mountains, a place of pilgrimage, with a beautiful church and small sale booths. That day we had blue sky too at home but no snow so we went there. 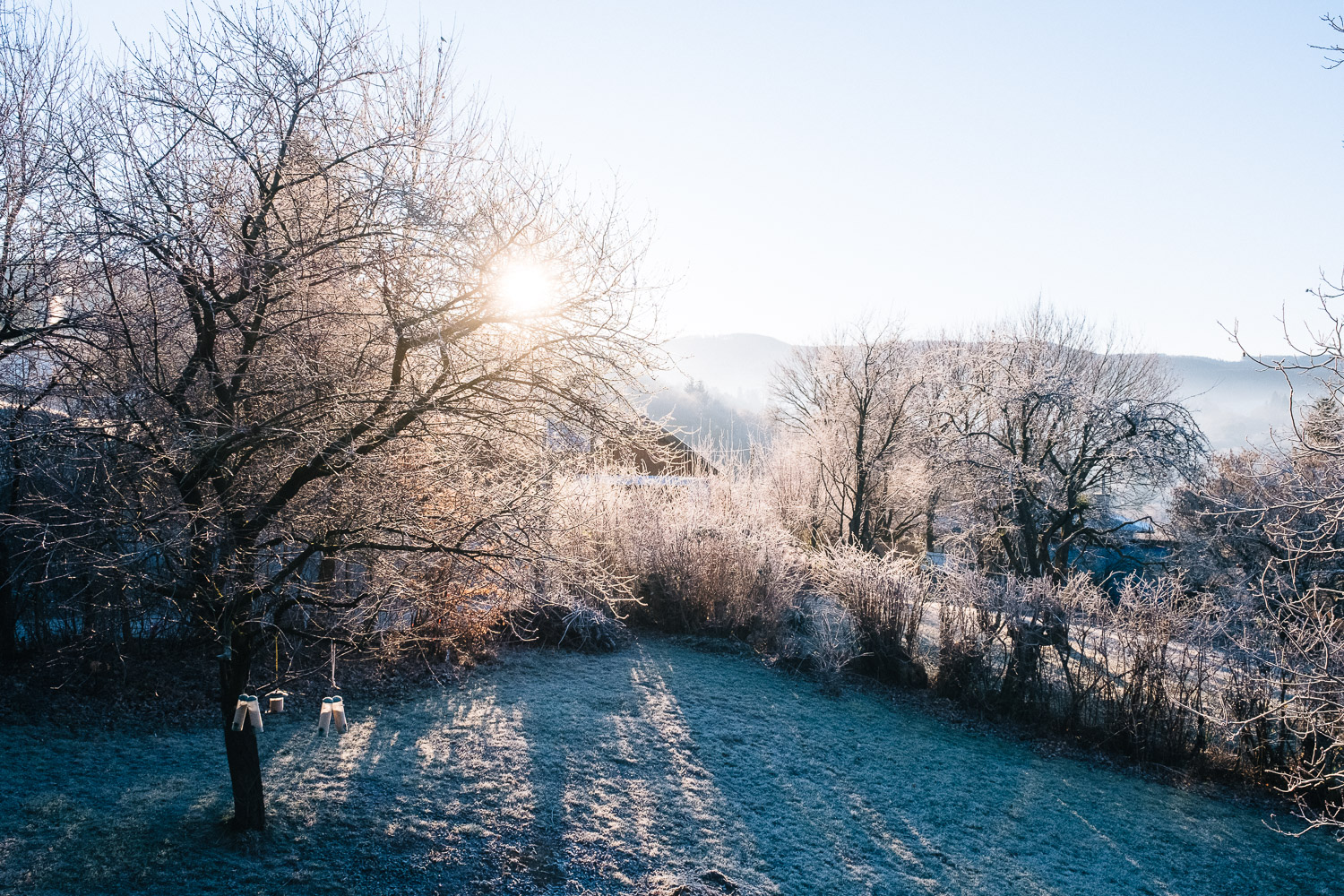 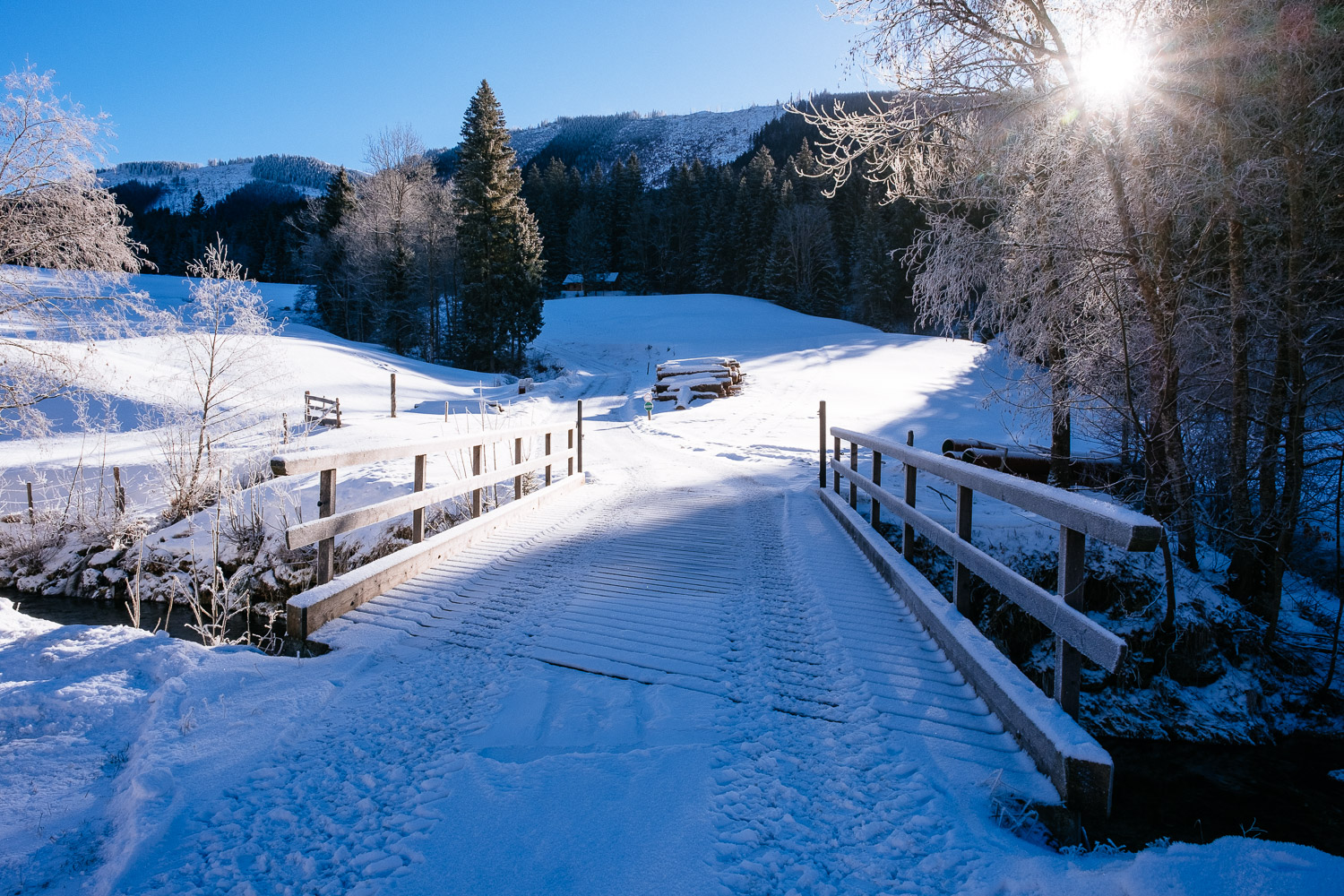 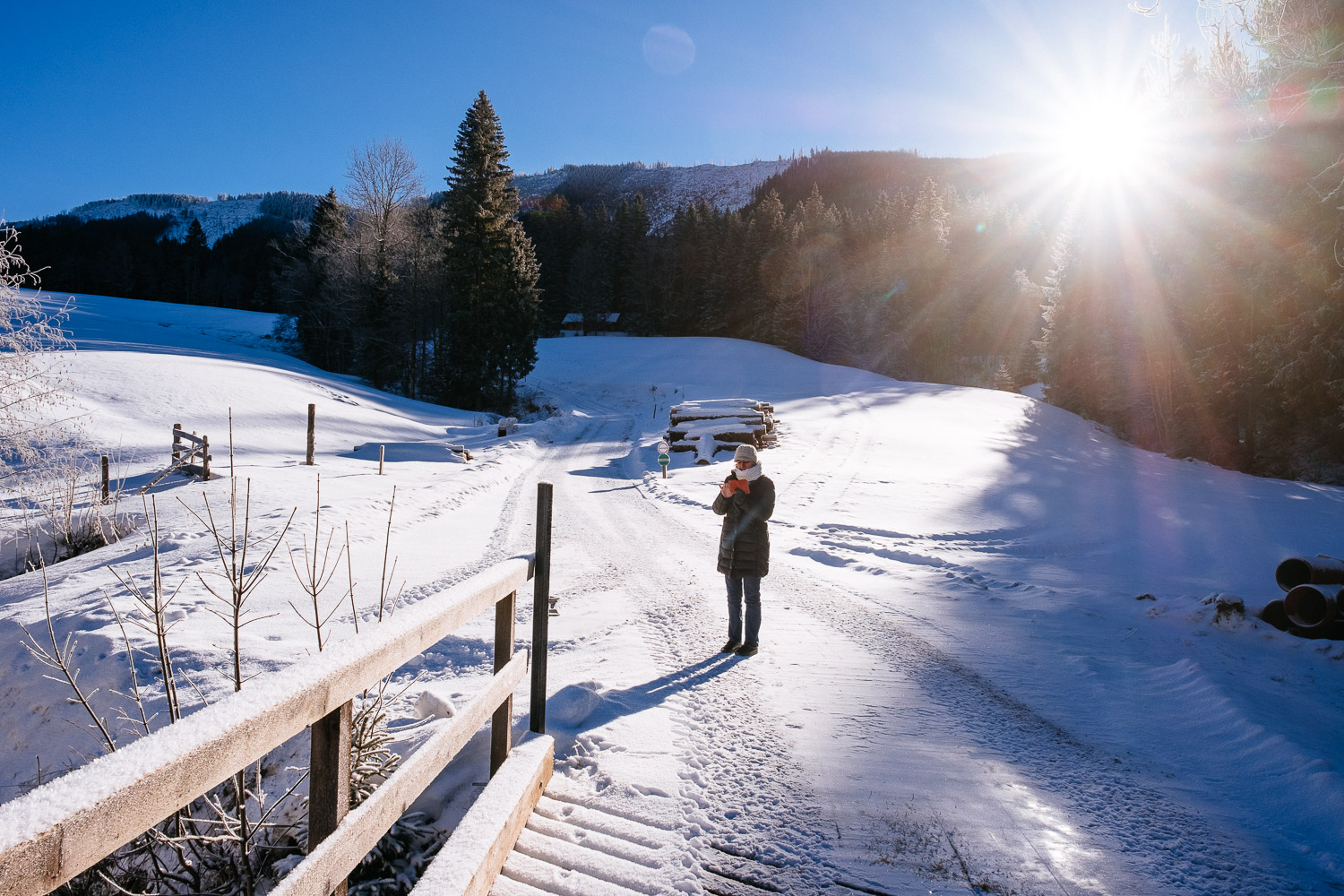 On the way to the town is a place we visited a couple of times ago. It a bridge over a small creek that partly lies in the shadow all day. So it is even colder there and a good place to take pictures of frost. Last time I took pictures at this place the temperature was -16 degrees Celsius. This time it was only -8 degrees but that still feels cold when you step out of your cosy heated car. And cold compared to the 15 degrees Celsius we had just a couple of days ago.

Because it was so warm at New Year there was not a lot of snow but it was good enough to take some winter shots. 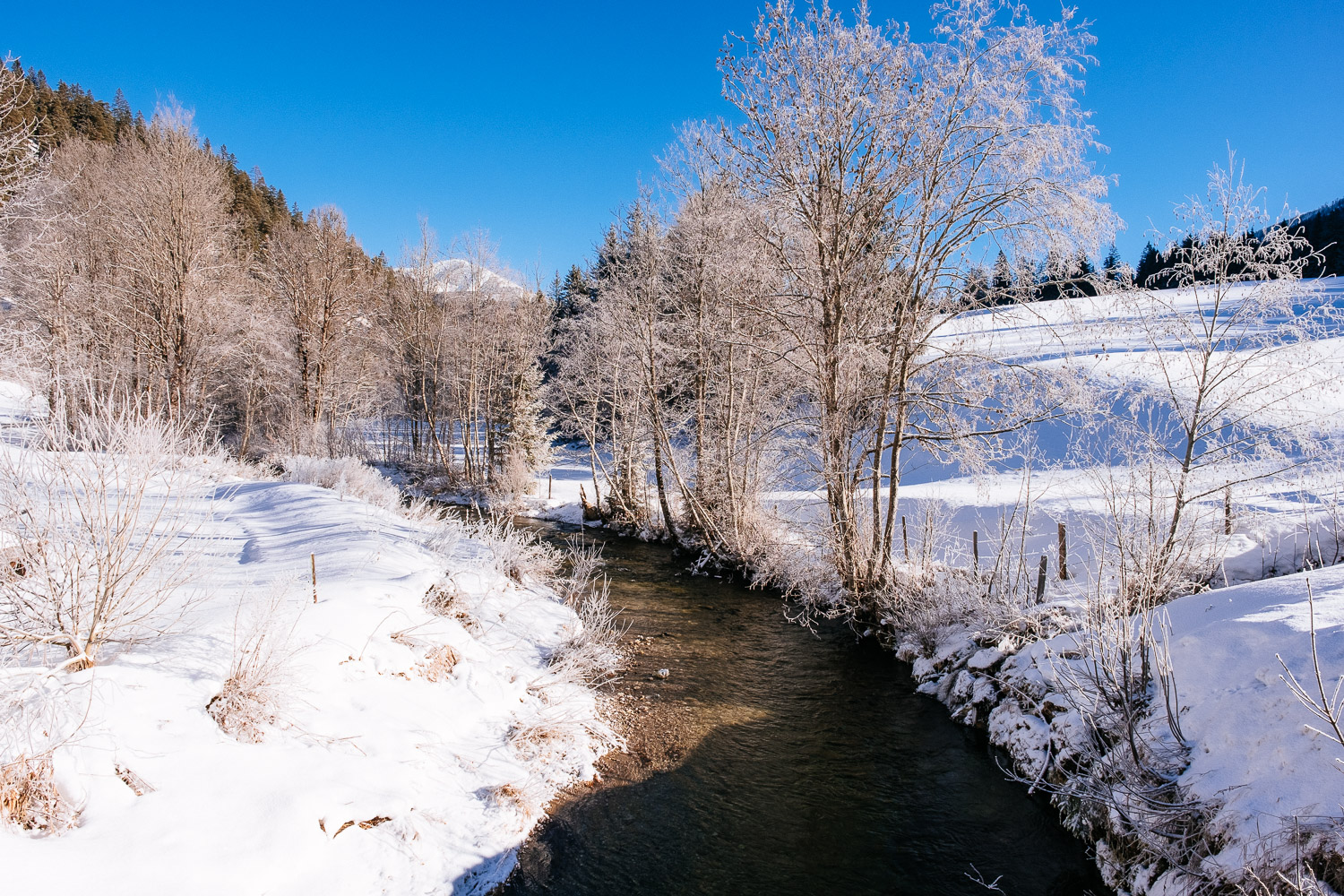 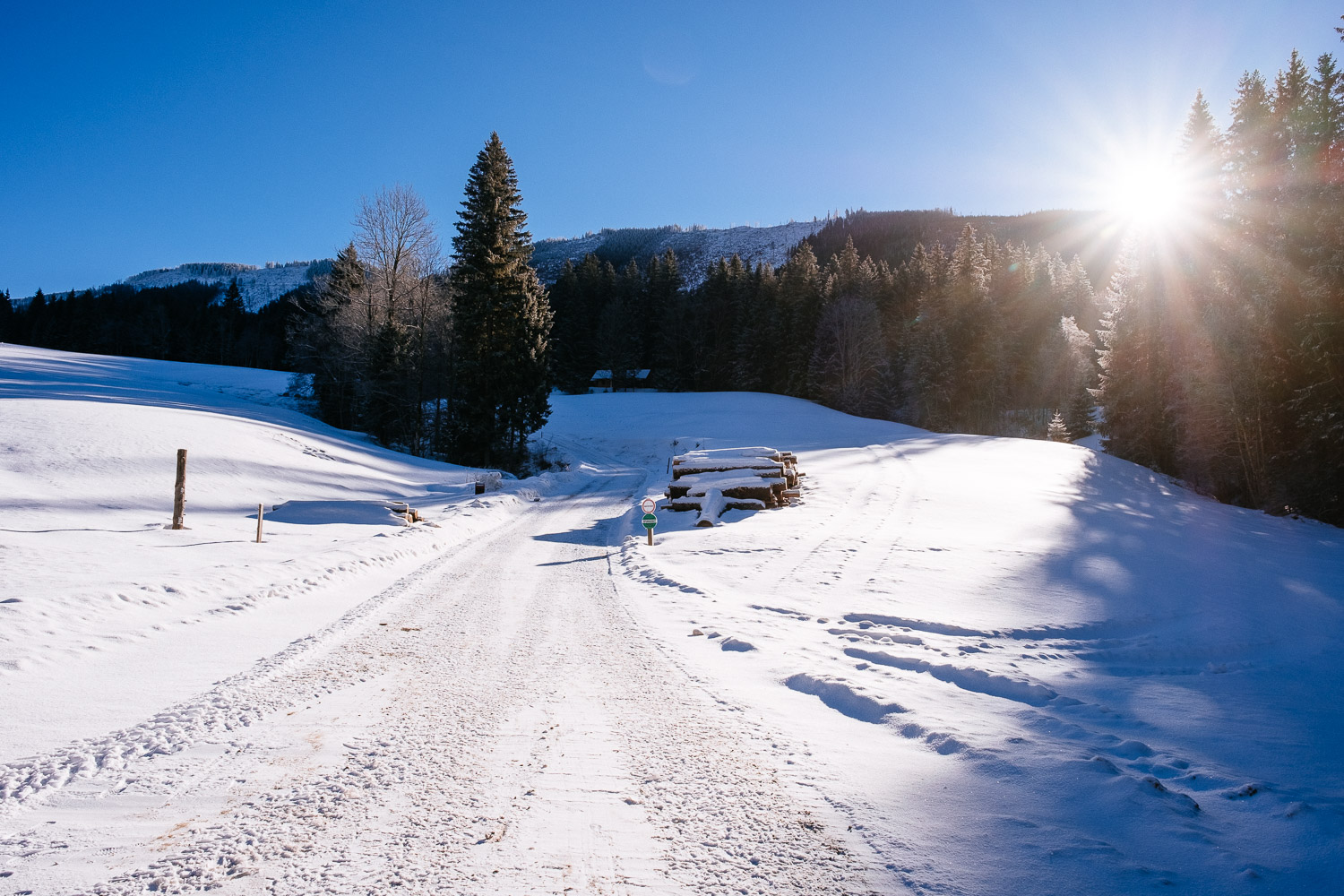 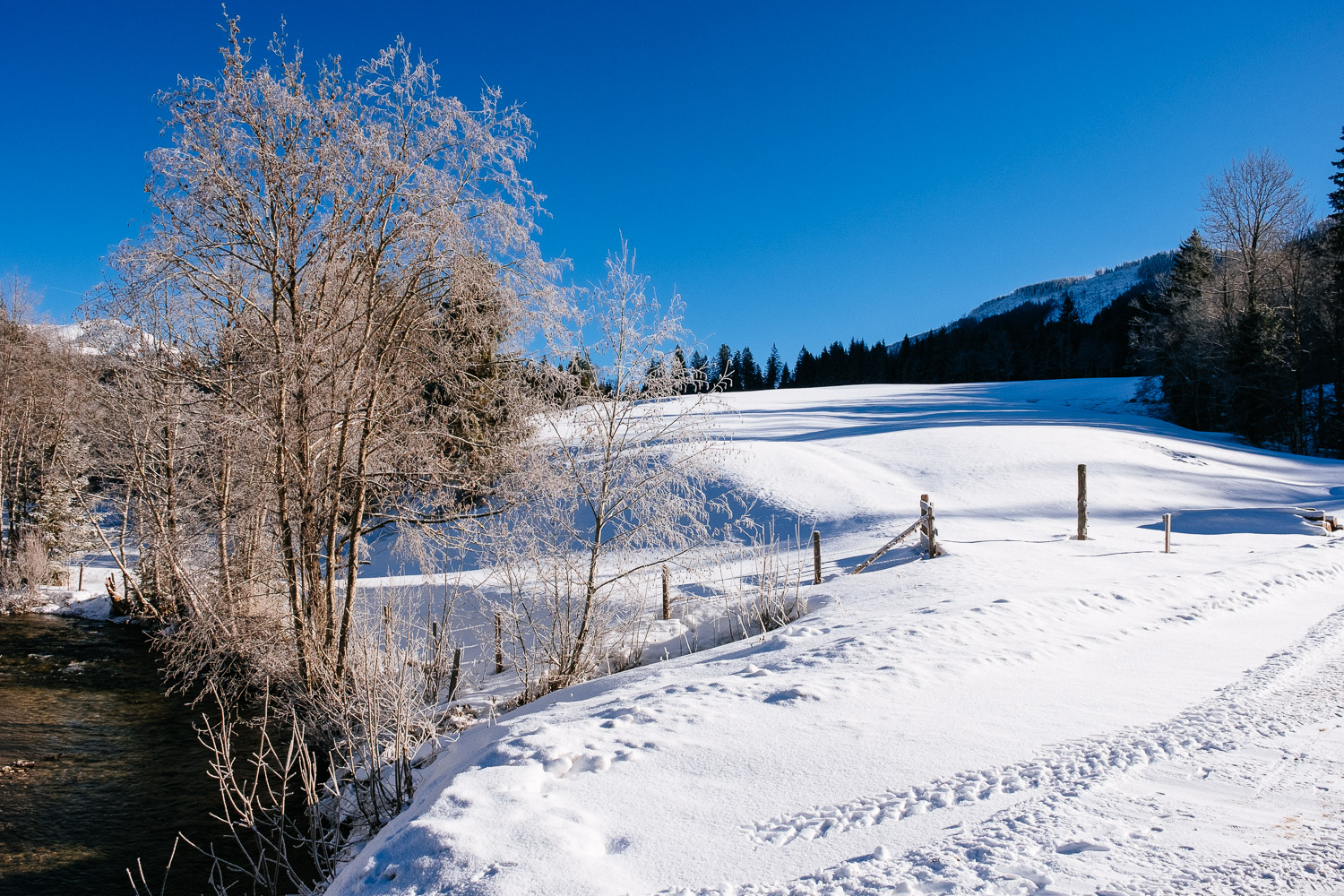 I took two cameras with my to avoid lens changes. I had the Fuji XF16-55/2.8WR on my Fuji X-H1 and my new Fuji XF50-140/2.8WR on my new Fuji X-Pro3. The reason why I put the 50-140 on the X-Pro3 was simple because I planned to take some portraits and wanted to take advantage of the eye-AF of the X-Pro3. In poor light I would have done the same to gain image stabilisation on the 16-55 but in such bright light there is no need for that.

The eye-AF worked perfectly fine and in general the AF of the X-Pro3 seems very reliable Not that I had a lot problems with my X-Pro2 or the X-H1 in the past but occasionally there was an image where the camera missed to focus. This day I had two out of focus images. I think it has to do with reflections that confuse the AF. I had this with metal surfaces, the sea (sunlight reflection) and snow. Today it was the same. a reflection in the snow. It only affected the X-H1 so I wonder if Fuji finally has solved that. Time will tell I guess. 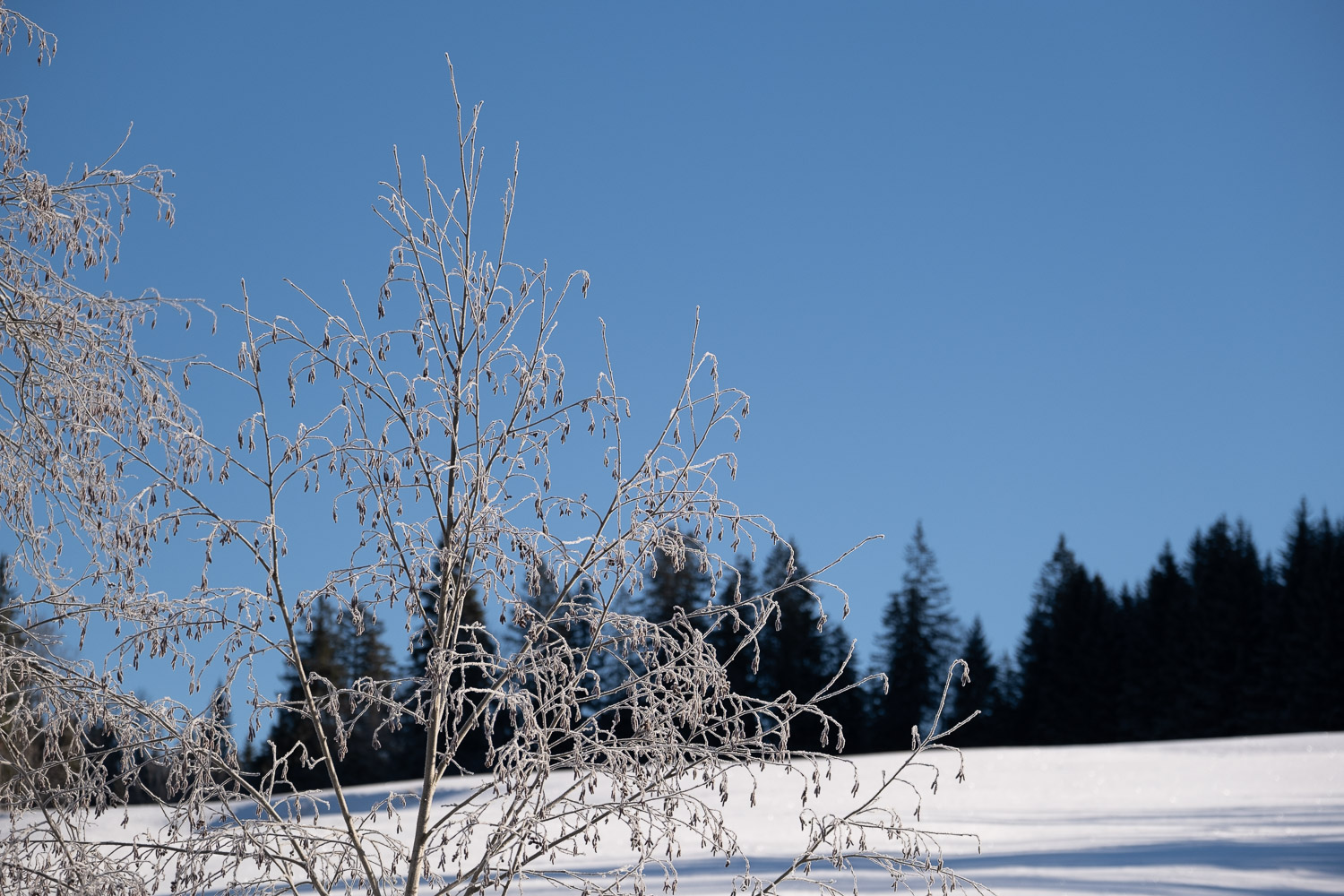 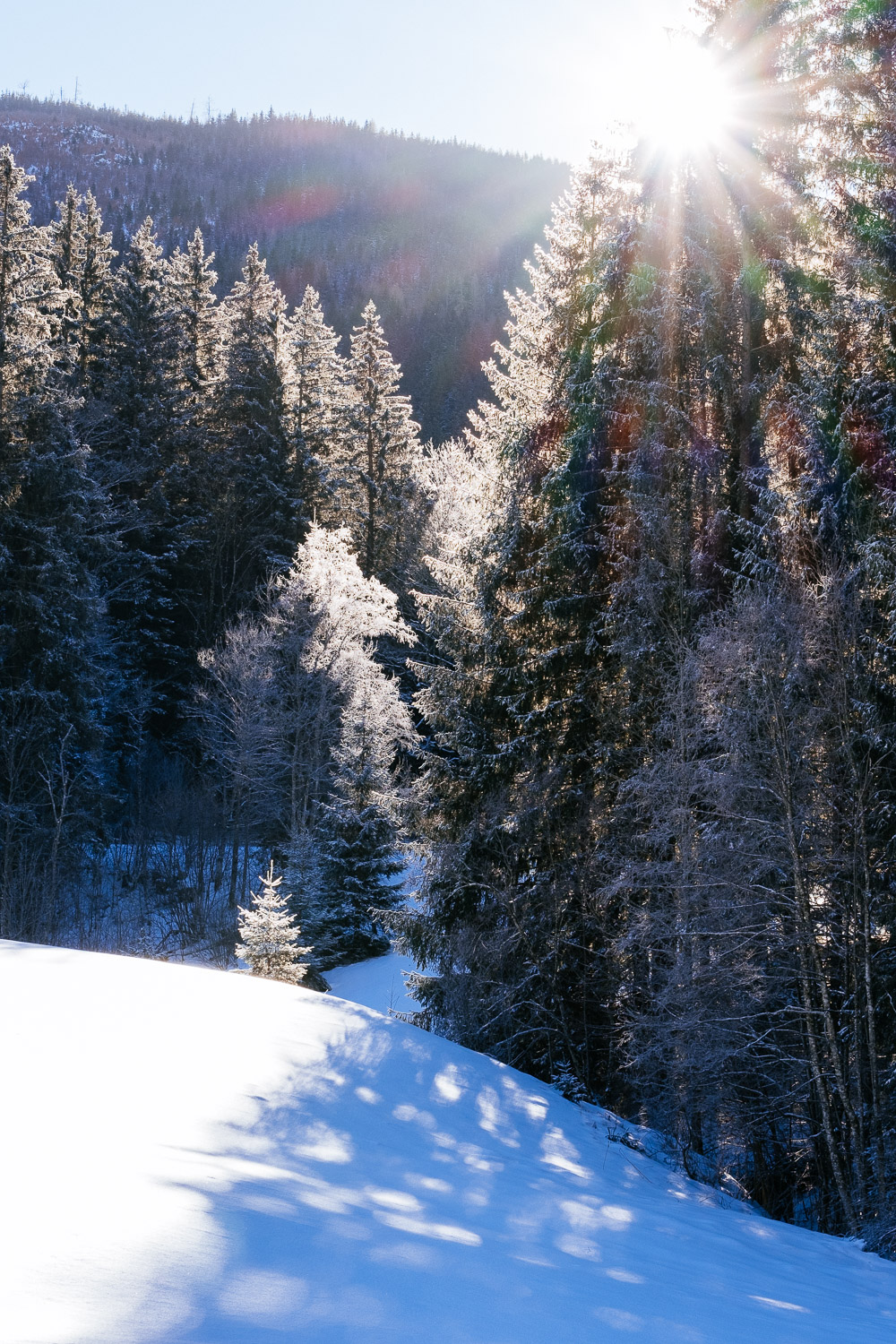 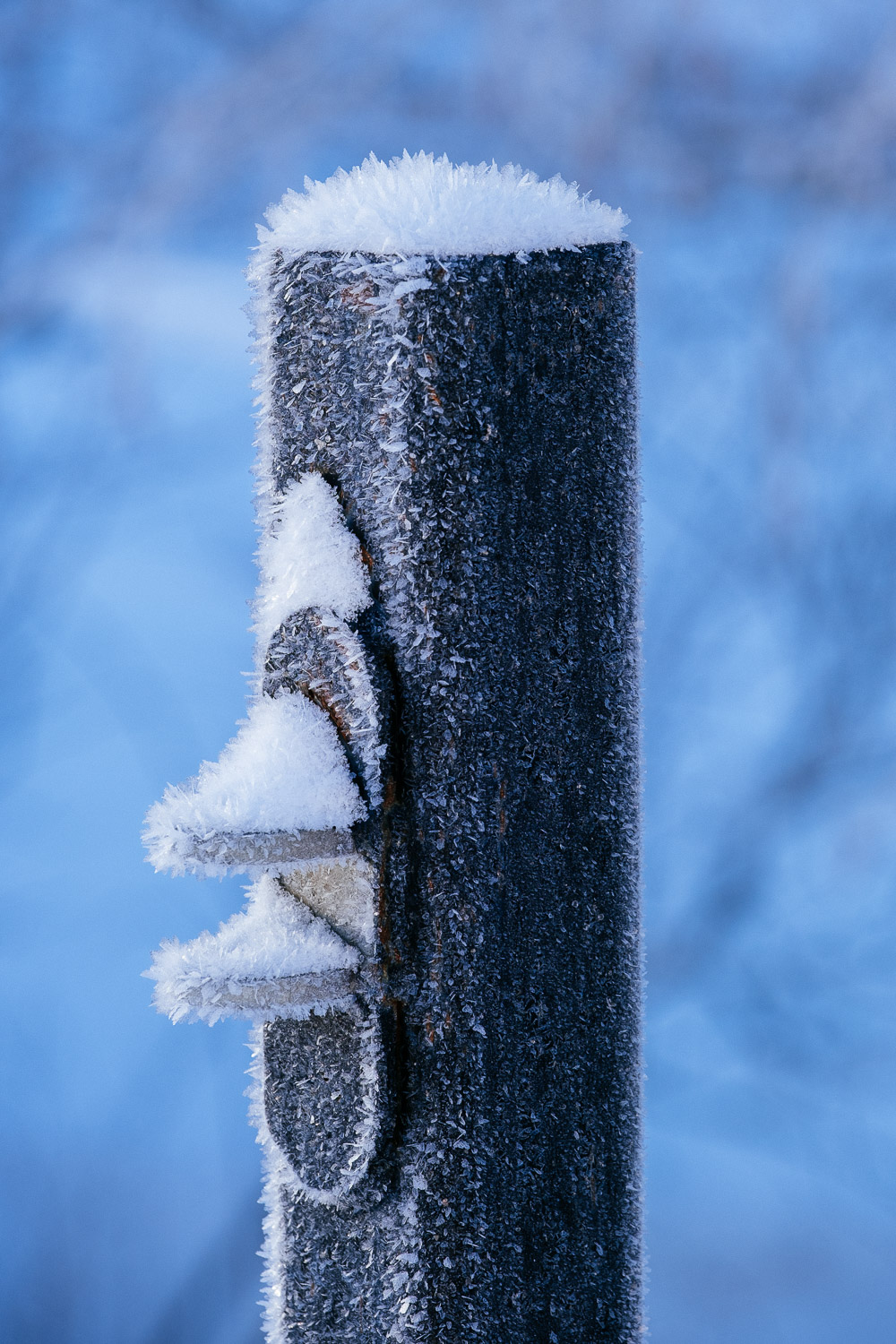 Because it wasn’t that cold there wasn’t as much frost as I would have liked. There is seldom a lot of frost nowadays and more important also not a lot of snow. A lot of the smaller ski resort have massive problems and without snow guns there would be no skiing at all. Cross country skiing which depends on real snow has completely vanished from lower altitudes.

Nowadays you have to be really lucky to see frost and snow like in in the movie Doctor Zhivago . No I haven’t seen that one in the cinema. I was not even born when it came out. I saw this film just a couple of days ago for the first time. There was a massive amount of snow and ice covering every scene. Somehow the snow looked strange to me. So I googled where the film was shot because it for sure wasn’t Russia. It was shot in Spain and the snow was made of wax and marble dust! There is not a lot of snow and frost in my images but I can ensure you that it is all real. 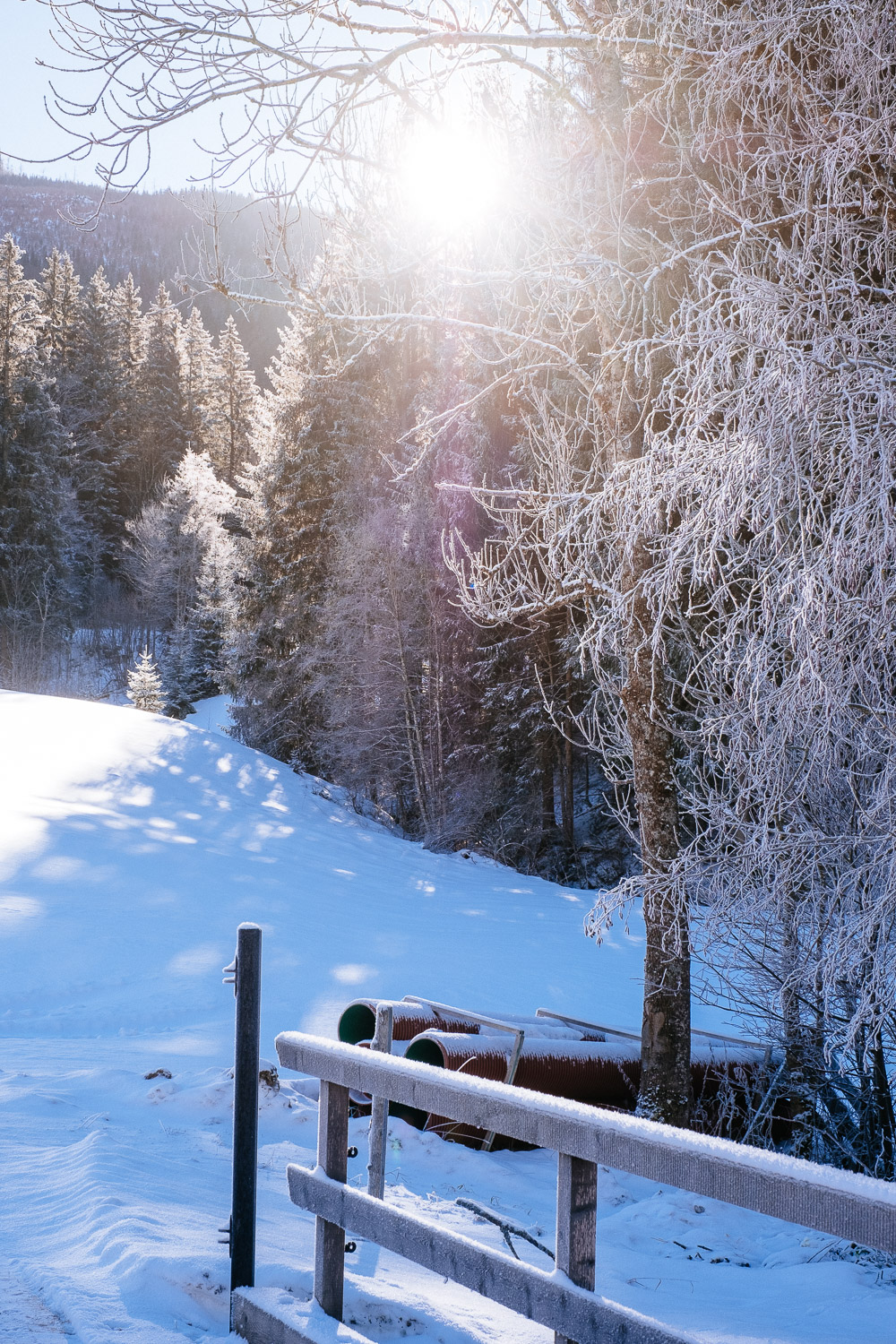