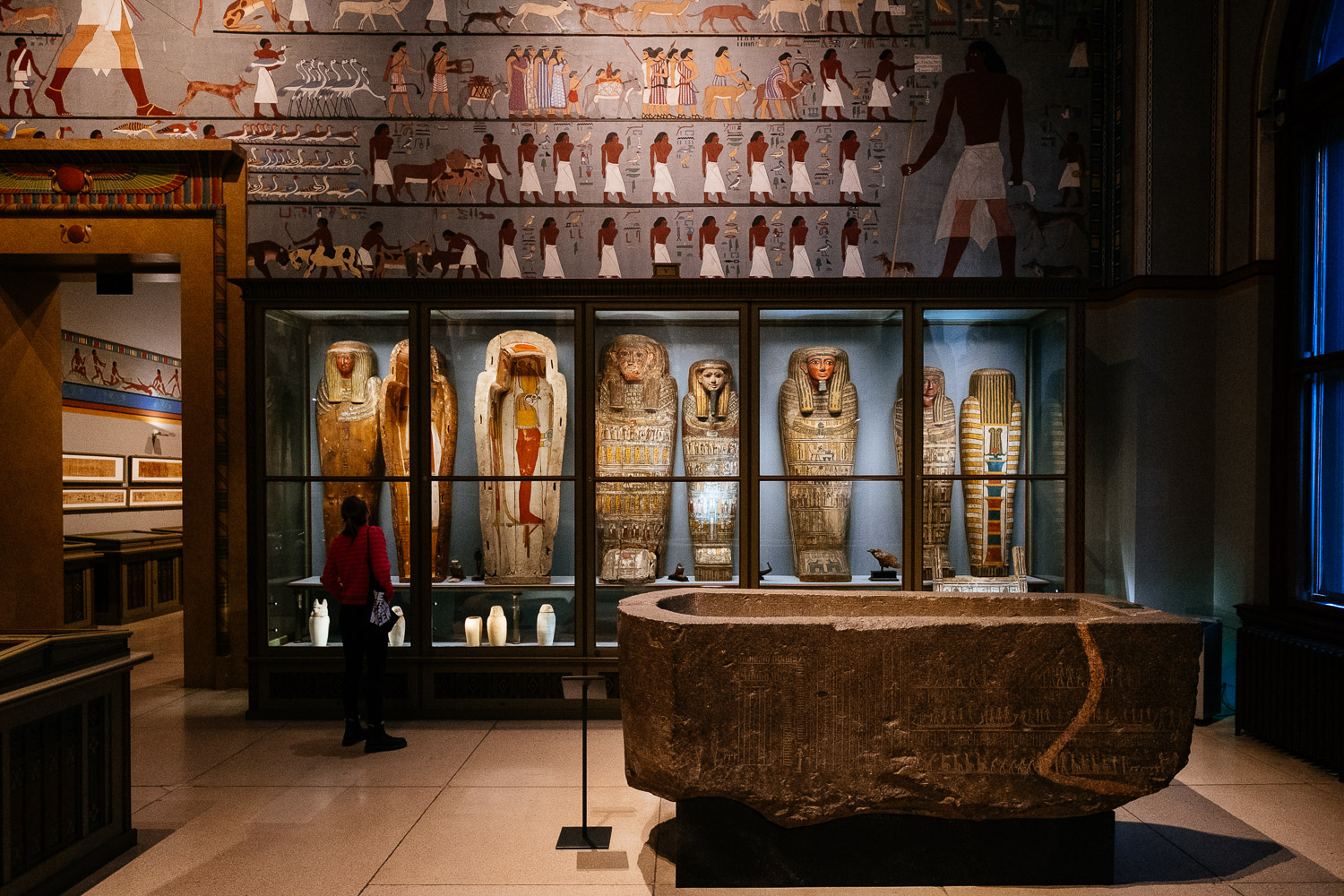 What can you do on a cold and grey day? Visit a museum together with friends and your new camera. 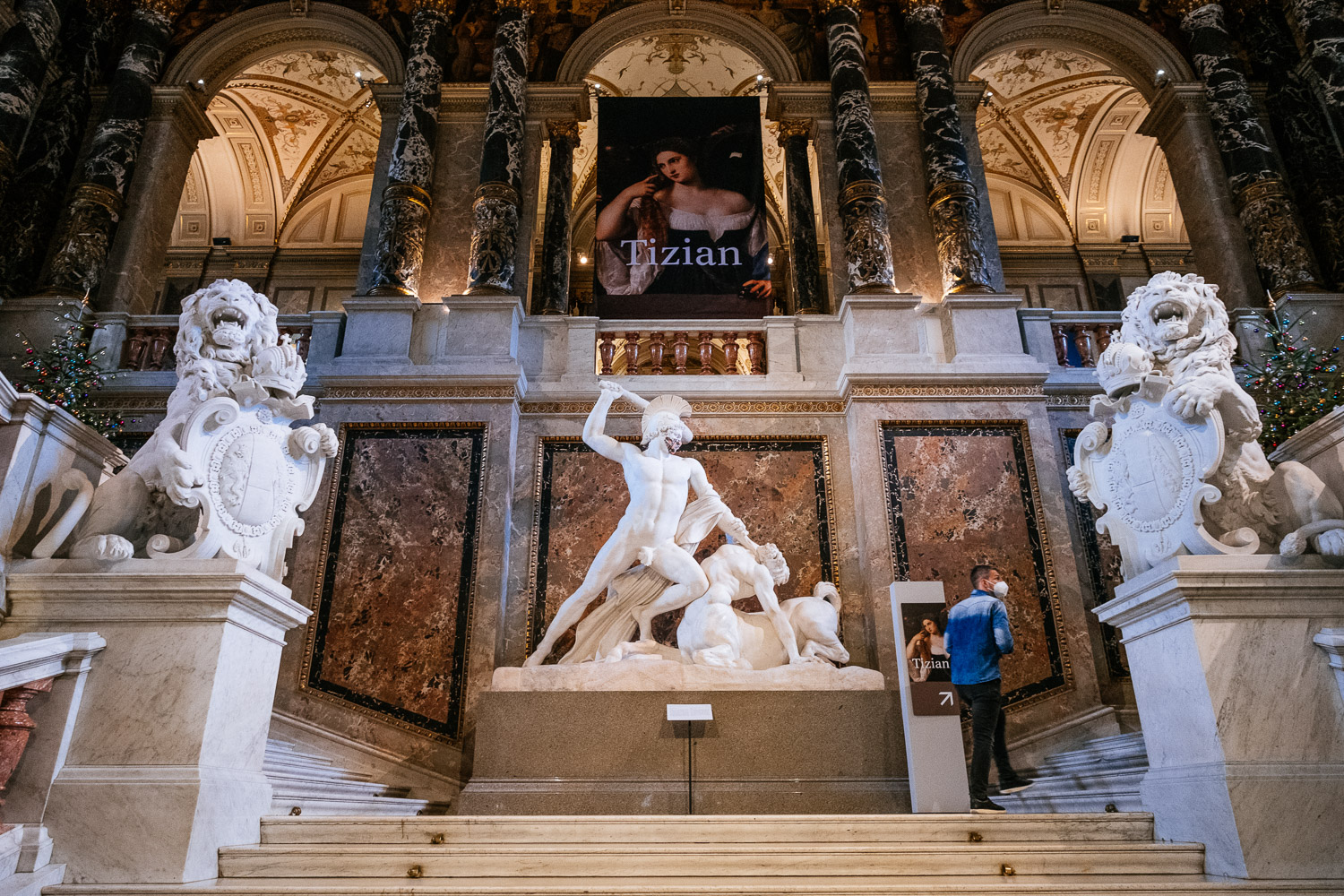 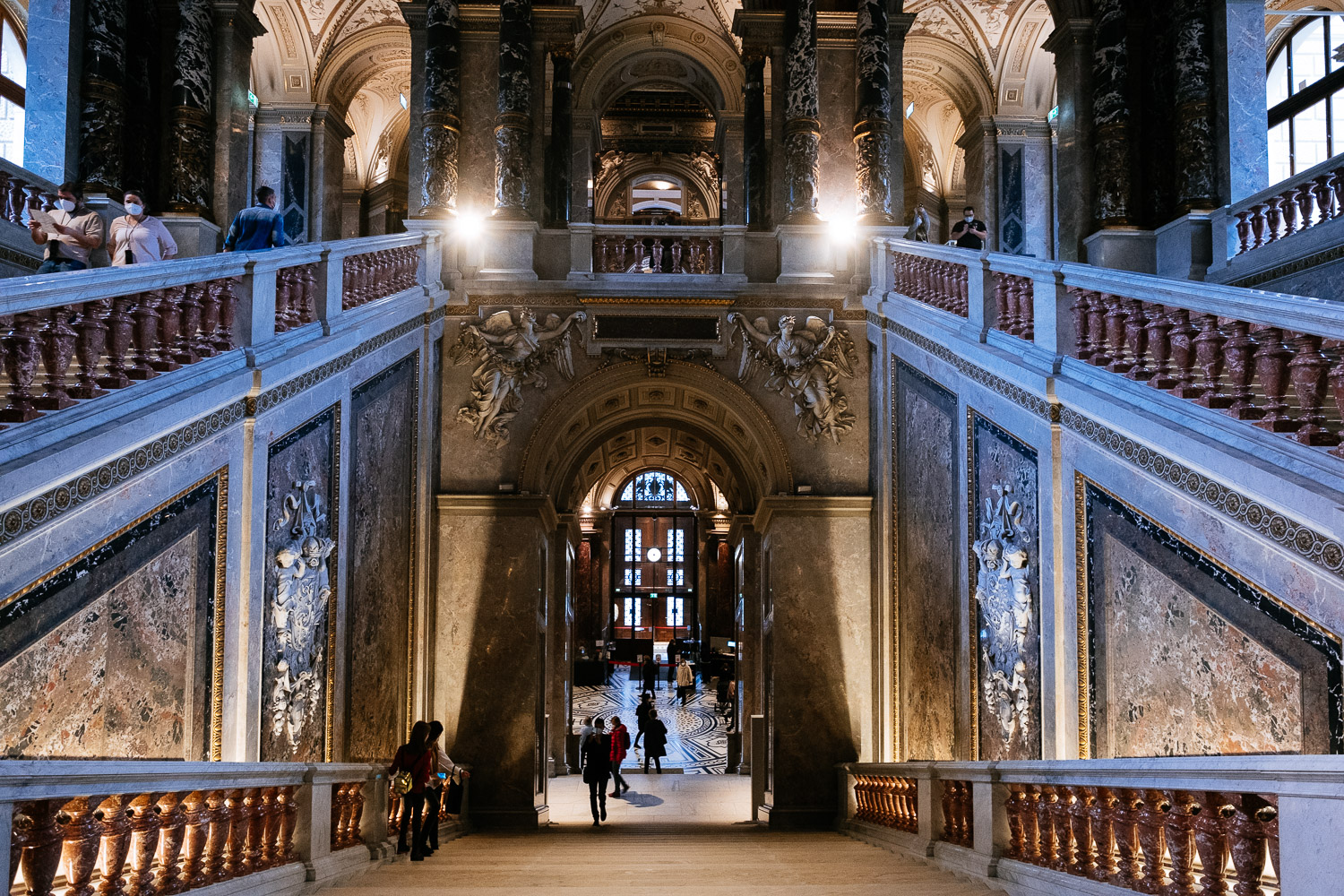 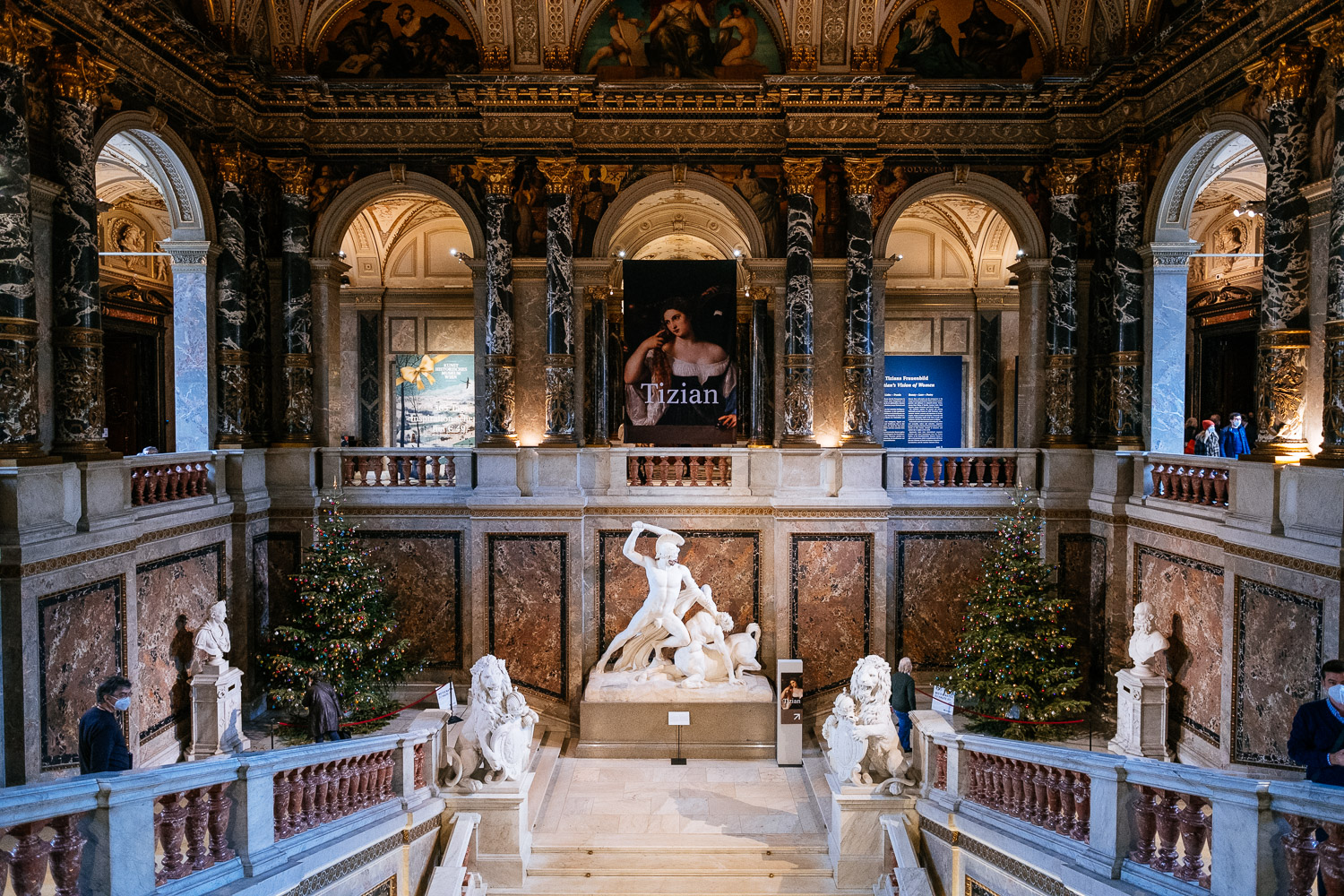 Both the NHM and the KHM are almost identical. From the outside you can’t tell them apart. Inside the look is similar but the KHM is much darker. On a grey and dark day there is also not a lot of light coming though the windows and as a consequence most images are taken at high or very high ISO settings.

There was a special exhibition of the work of Tizian and in order to make the amazing colours in his images pop out even more the museum has decided to show them under strong spotlights in very dark, windowless rooms. It definitely worked for the paintings.It is amazing how those 500 year old images glow as if they were painted yesterday.

Today we produce more images than ever before. Almost 1,5 trillion images per year. But nobody can understand such a number. Here is a better one: we take over 45.000 images per second, every second! I wonder how many of those images are still relevant or even accessible 500 years from now. 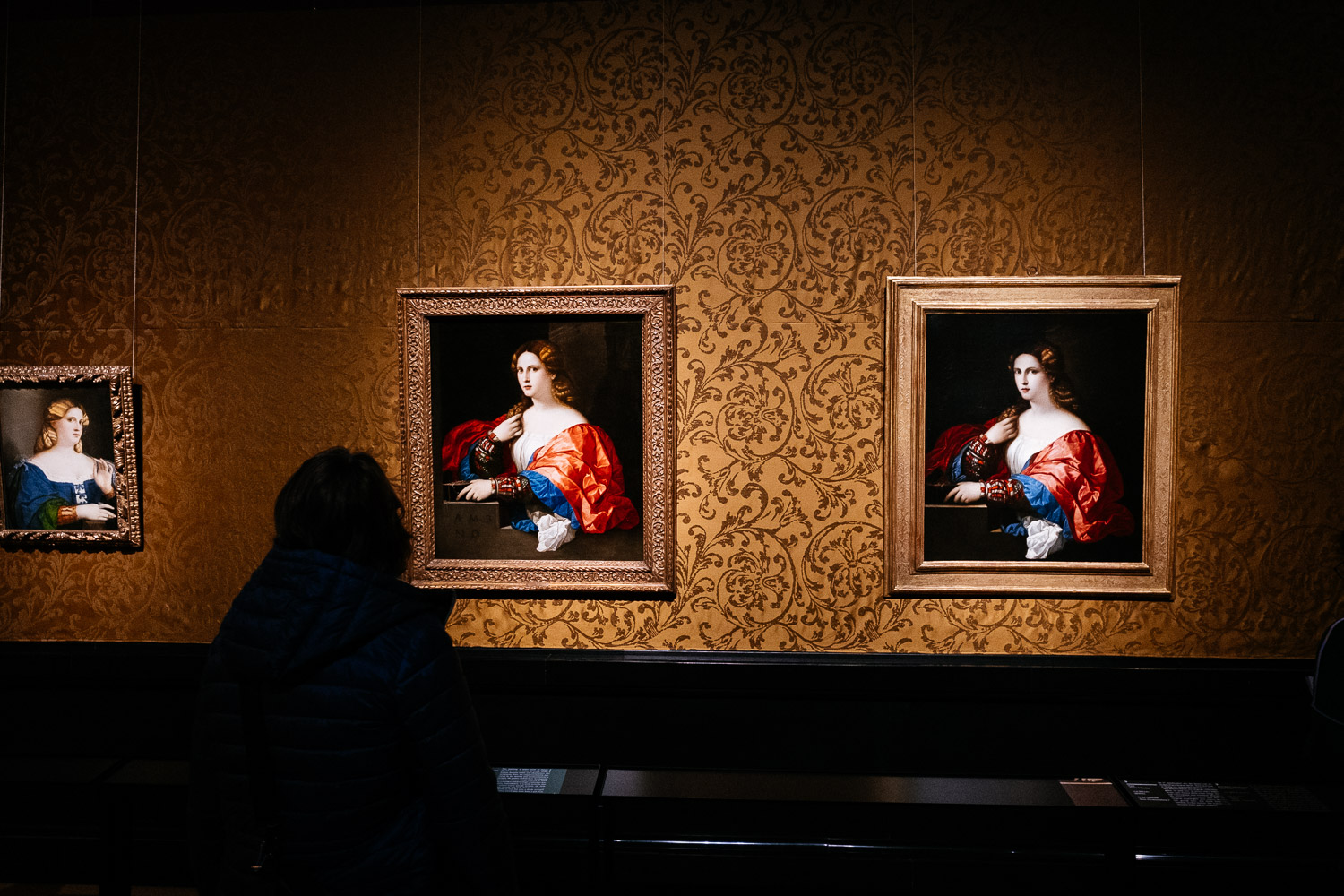 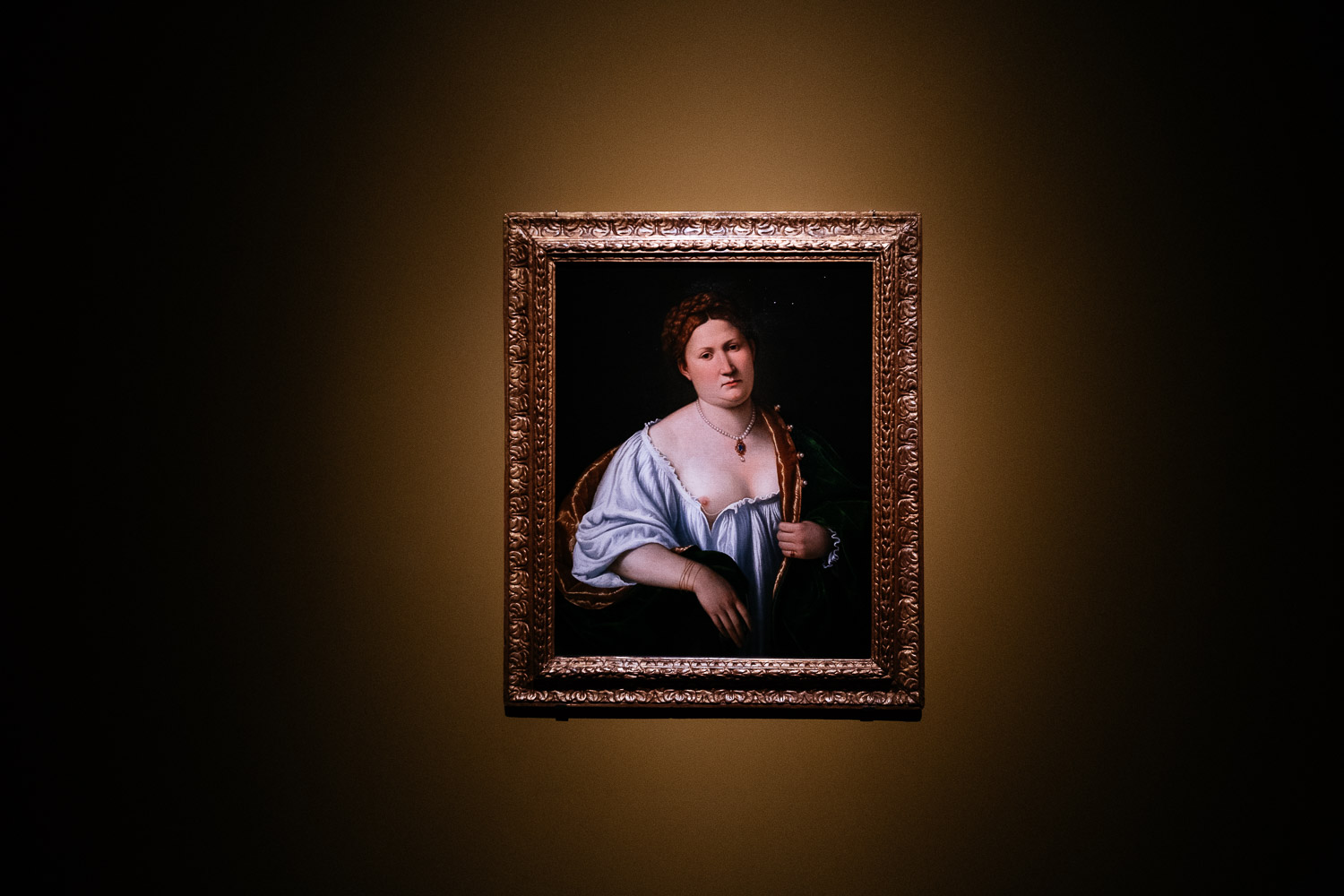 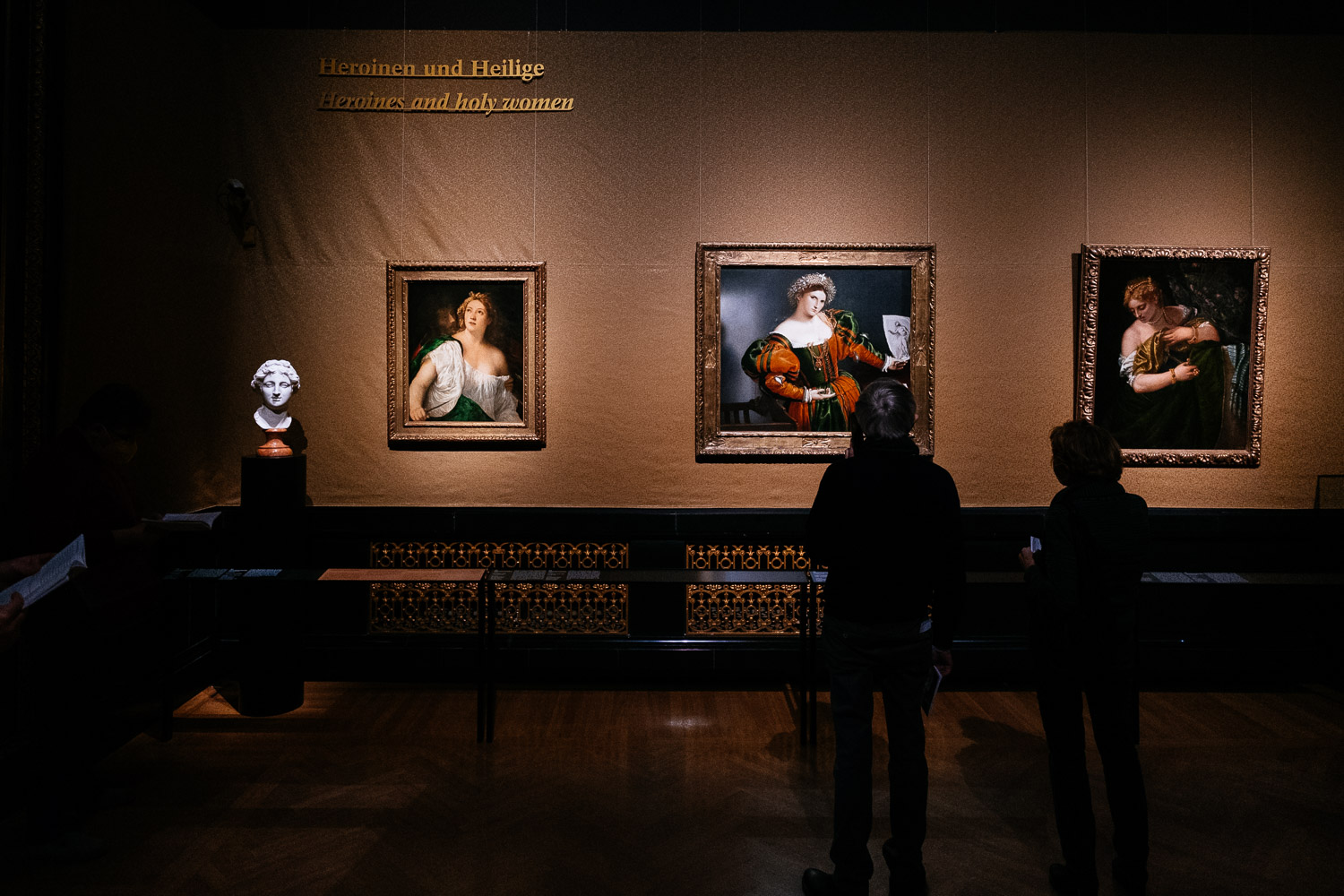 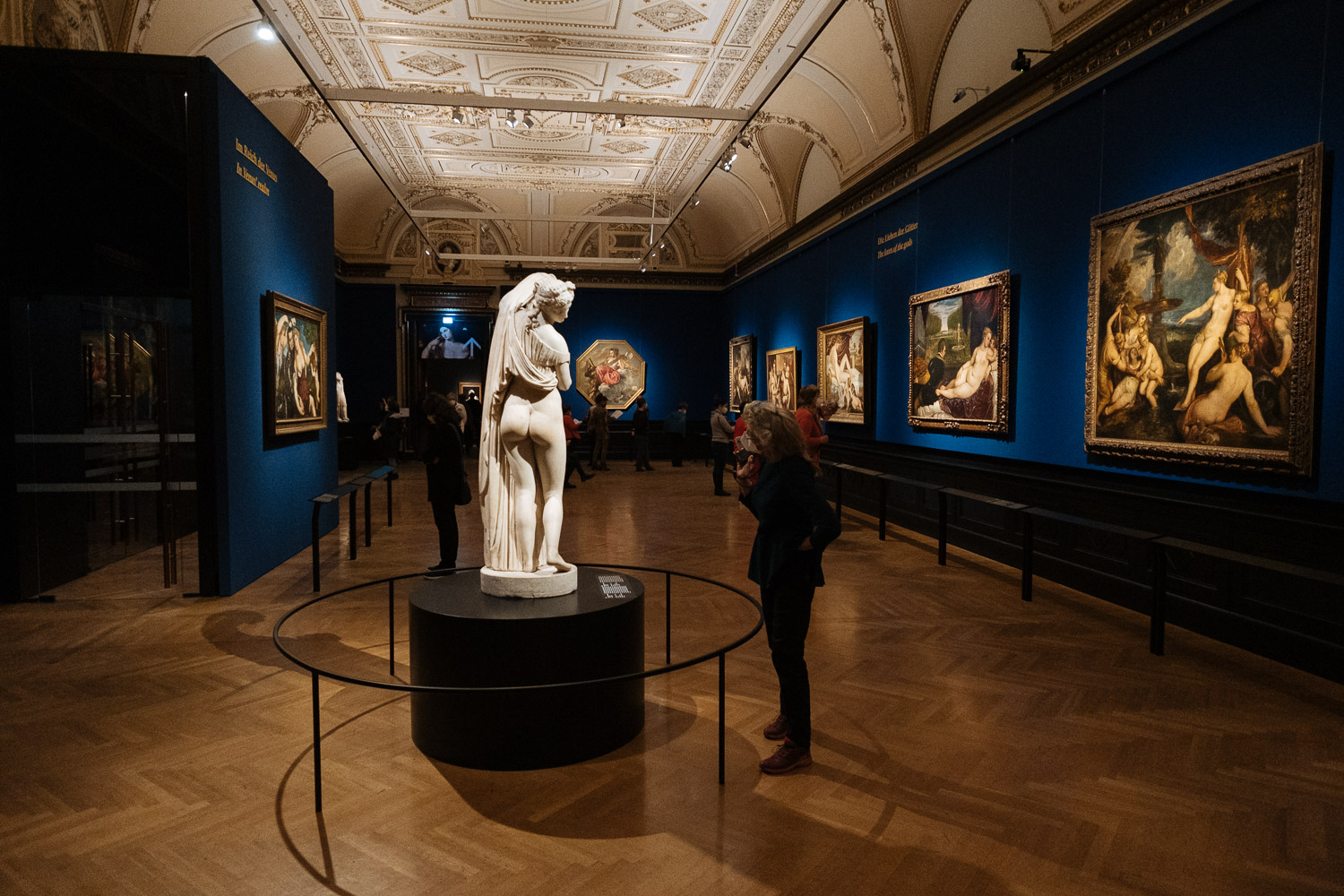 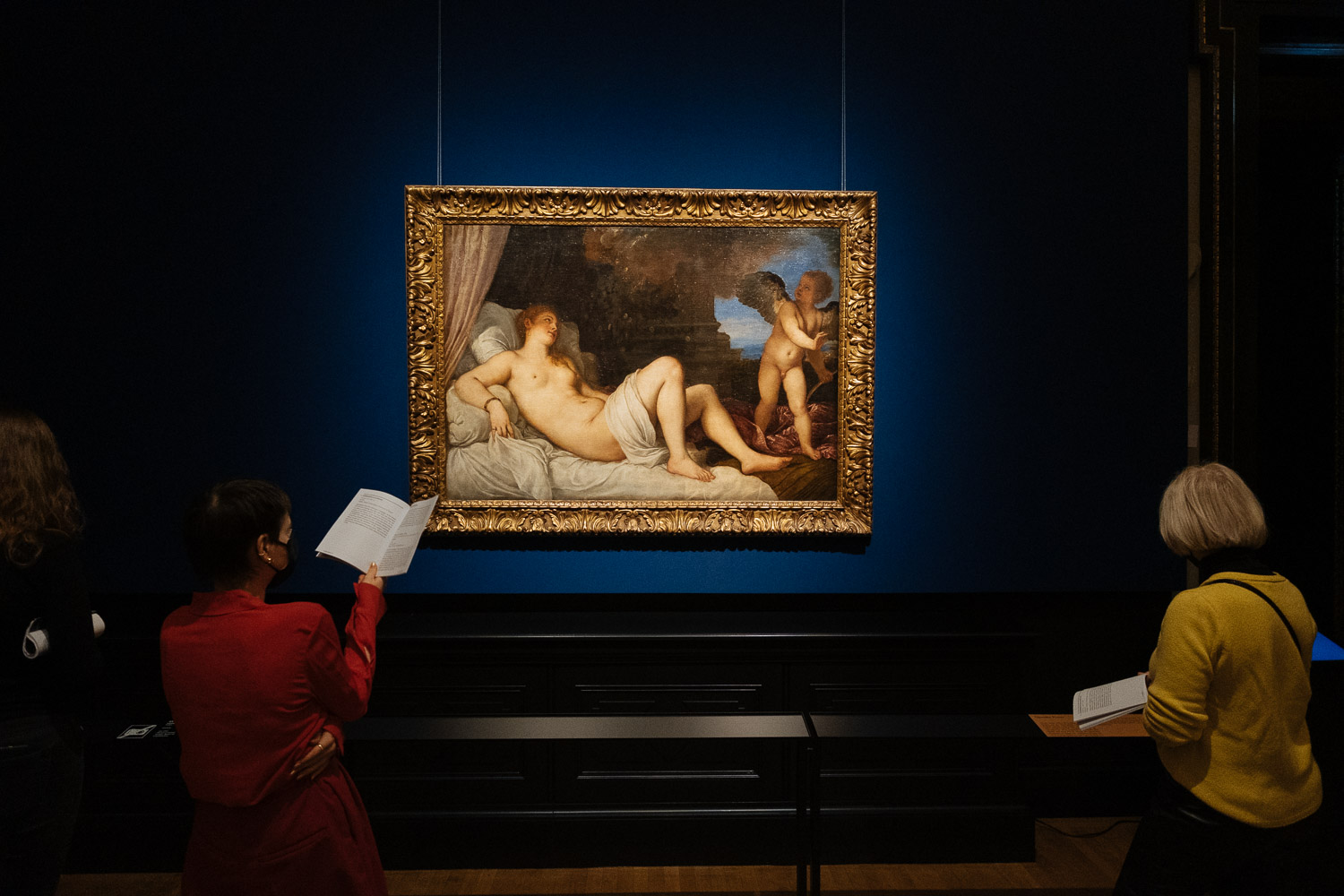 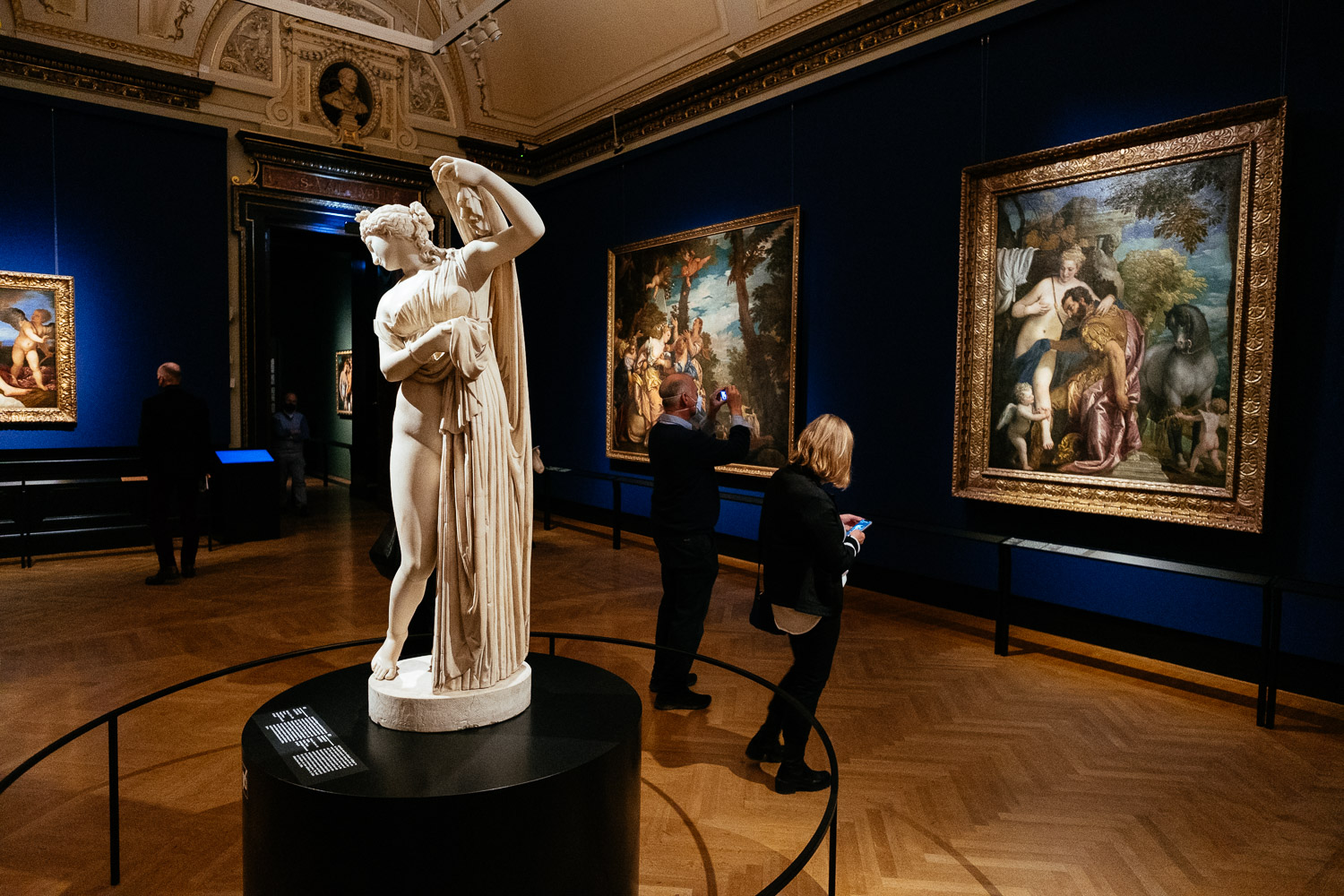 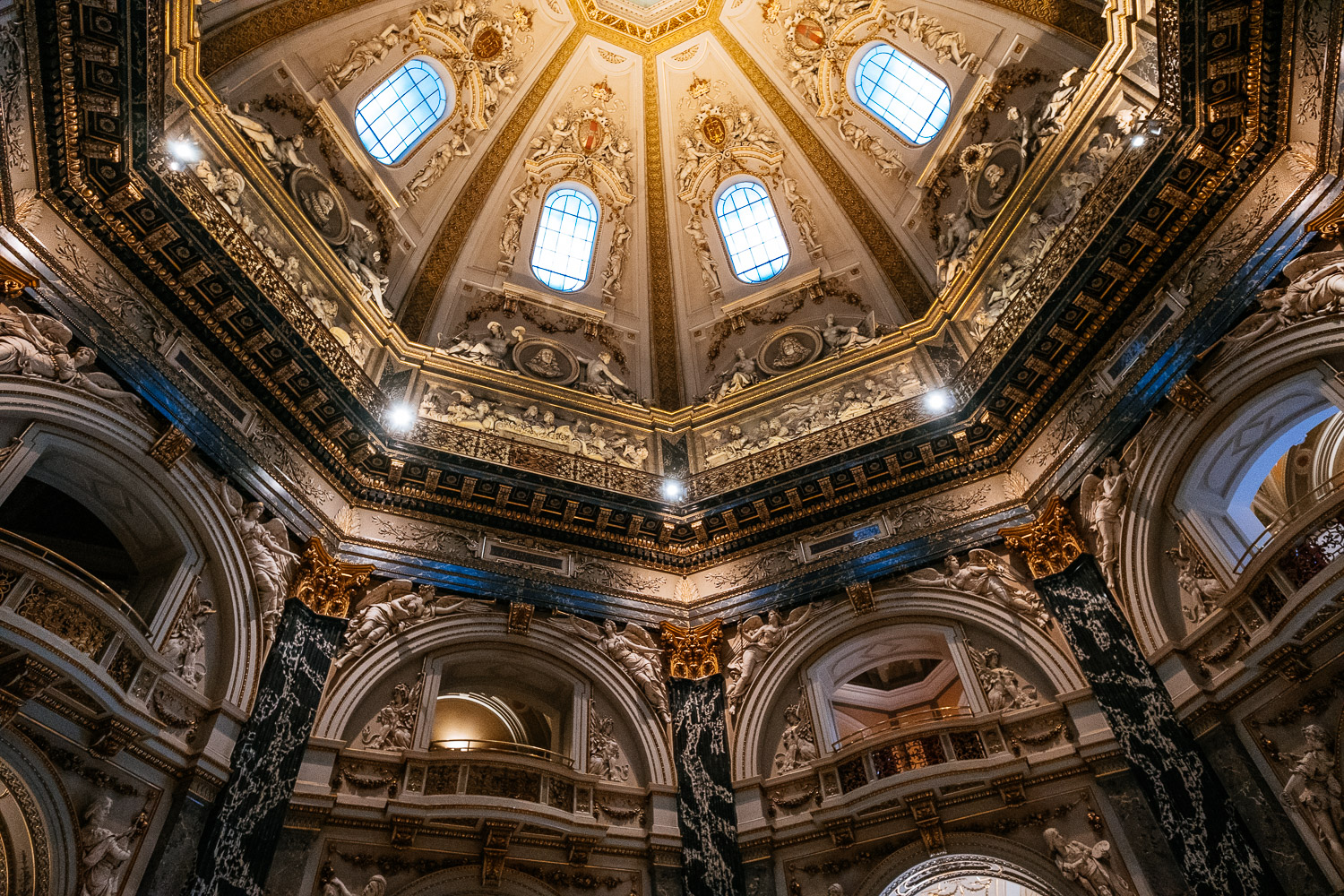 After we visited the Tizian exhibition it was time for coffee and cake and a chance to put down our FFP2 masks. Right underneath the massive dome there is a coffee-house with excellent cakes and a surprisingly good coffee. This is something worth to mention because only because you are in Vienna doesn’t mean that you always get good coffee.

After the coffee break we decided to visited the egyptian exhibition. Finally some sculptures and showcases! Don’t get me wrong I love paintings but if I want to take pictures I prefer three dimensional subjects. That’s why I prefer to visit the NHM when I want to check out a new camera.

But there wasn’t a lot to check out because my new camera handles exactly like the old one. After a lot of hesitation I finally got the Fuji X-Pro3 after shooting with the X-Pro2 for almost 6 years. The X-Pro2 is my favourite cameras of all times. With no other camera I took so many images. It traveled the world with me. So I was excited when its successor was announced and shocked when I first saw it.

And I expressed my displeasure on this blog and on dpreview. I think why I didn’t like it first is obvious: its goofy display design and that Fuji also killed the four way controller. Why cripple a perfectly fine camera for no reason at all? Is this camera solely designed for hipsters? I’m still not sure if the display design was necessary but after two shootings I can already say that it doesn’t cripple the shooting experience for me.

I’m a viewfinder shooter and on my X-Pro1 and later X-Pro2 I shot with the EVF 95% of the times because my favourite lens is the XF 14/2.8R and the optical viewfinder doesn’t really work with such a wide lens. I also managed to set up my cameras that I practically never have to enter the menu except to format the memory card. And I enjoyed to shoot my Sony NEX5 from the hip and to use zone focus on my Ricoh GR. Mmmh. Sounds like the X-Pro3 is designed for me. 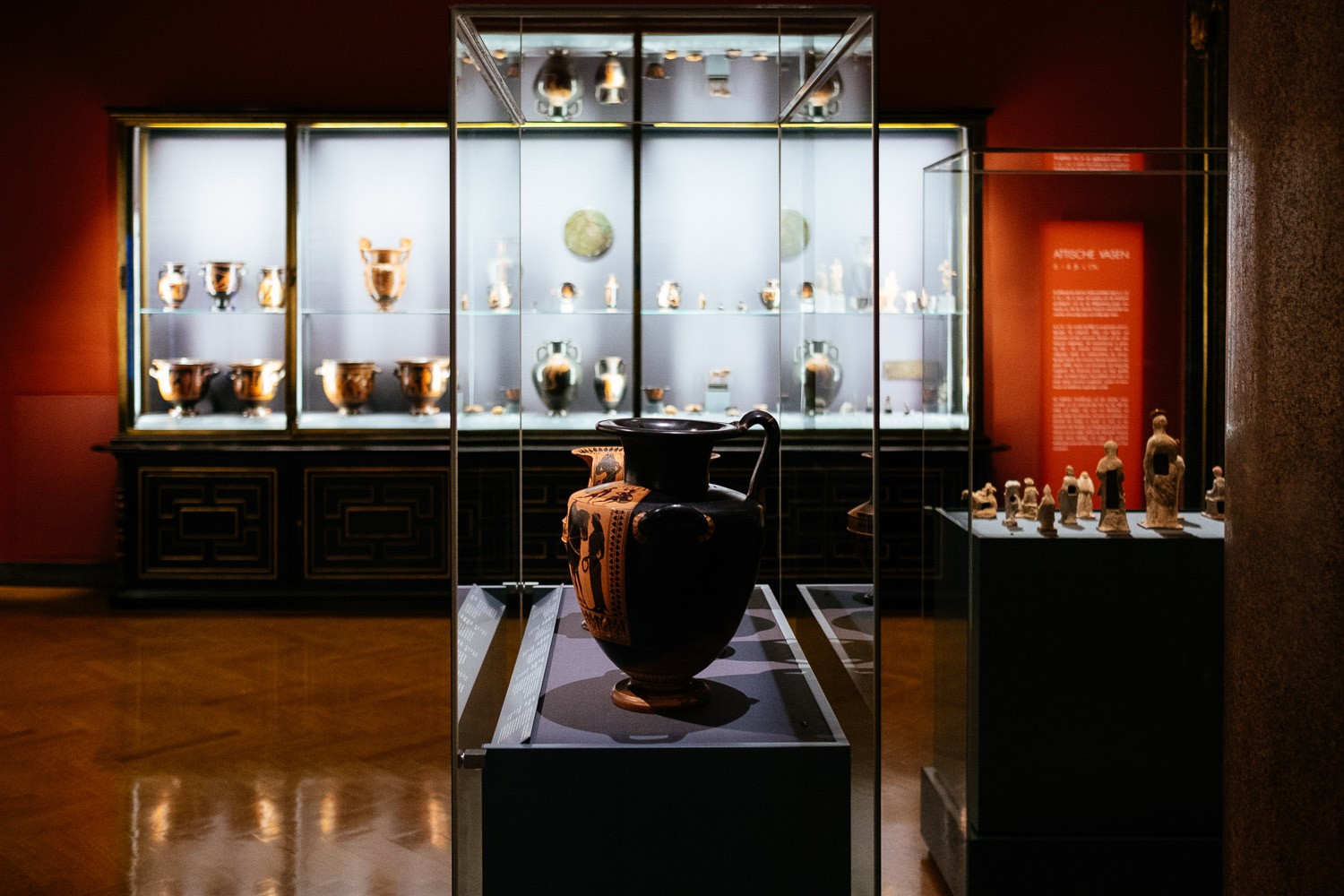 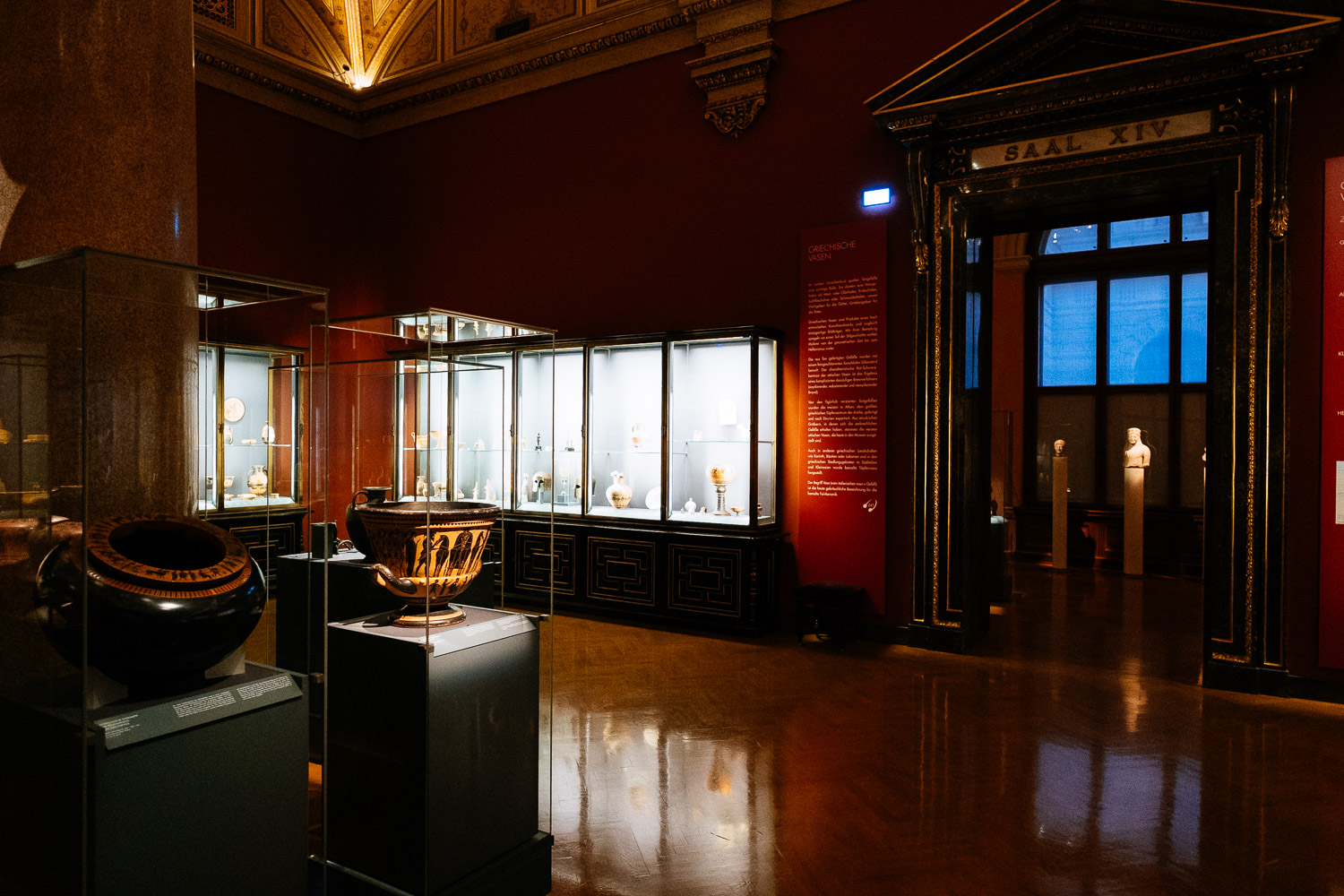 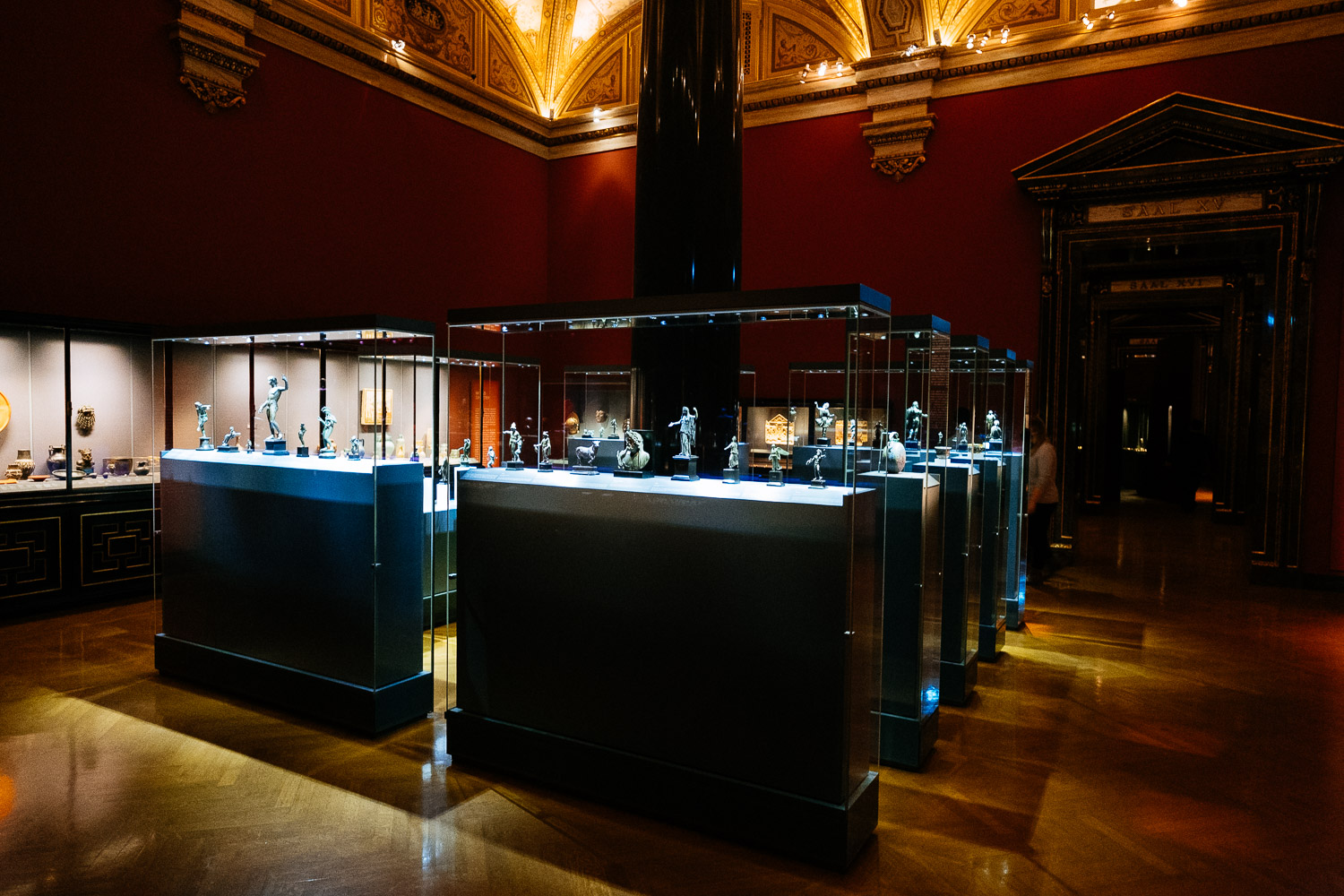 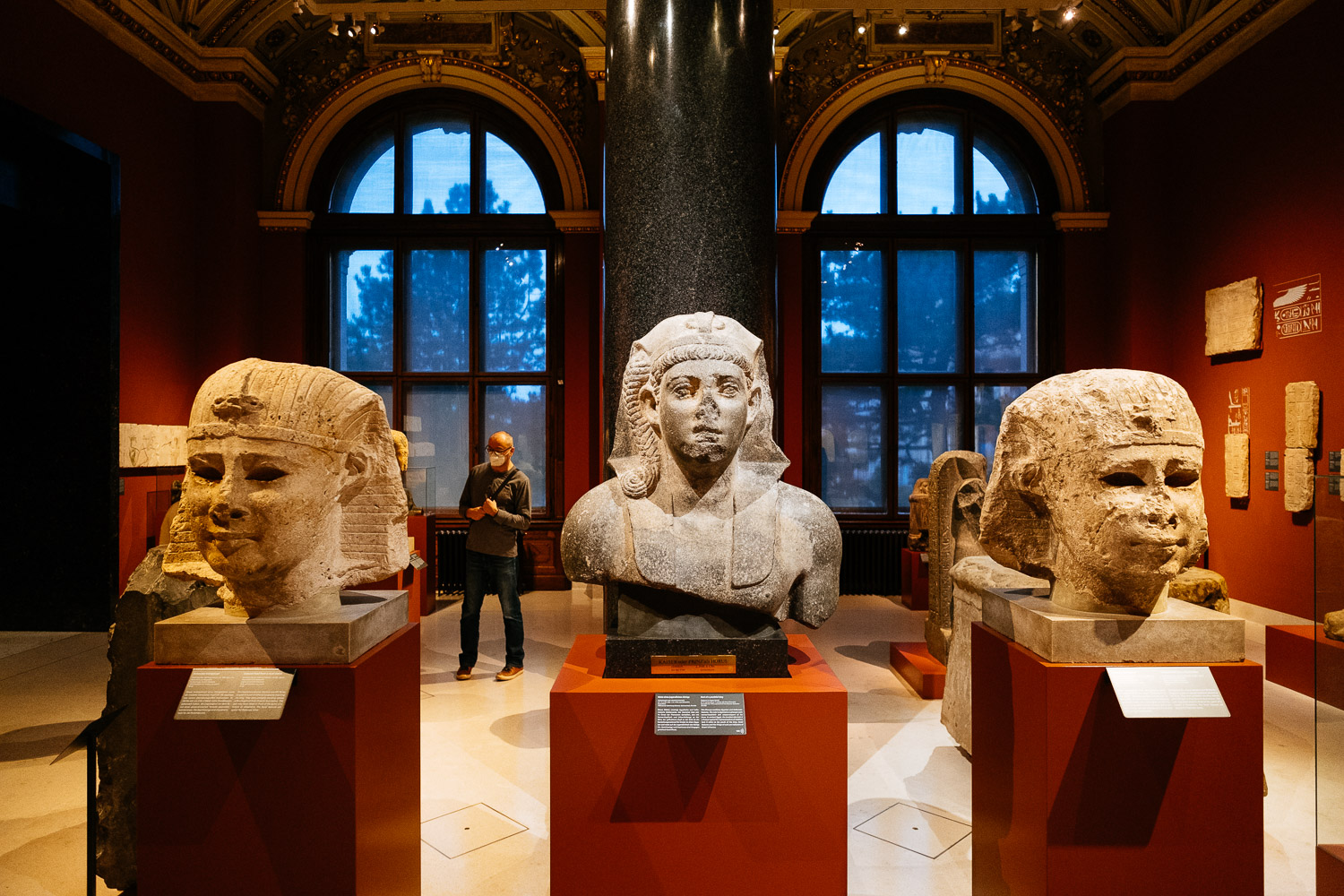 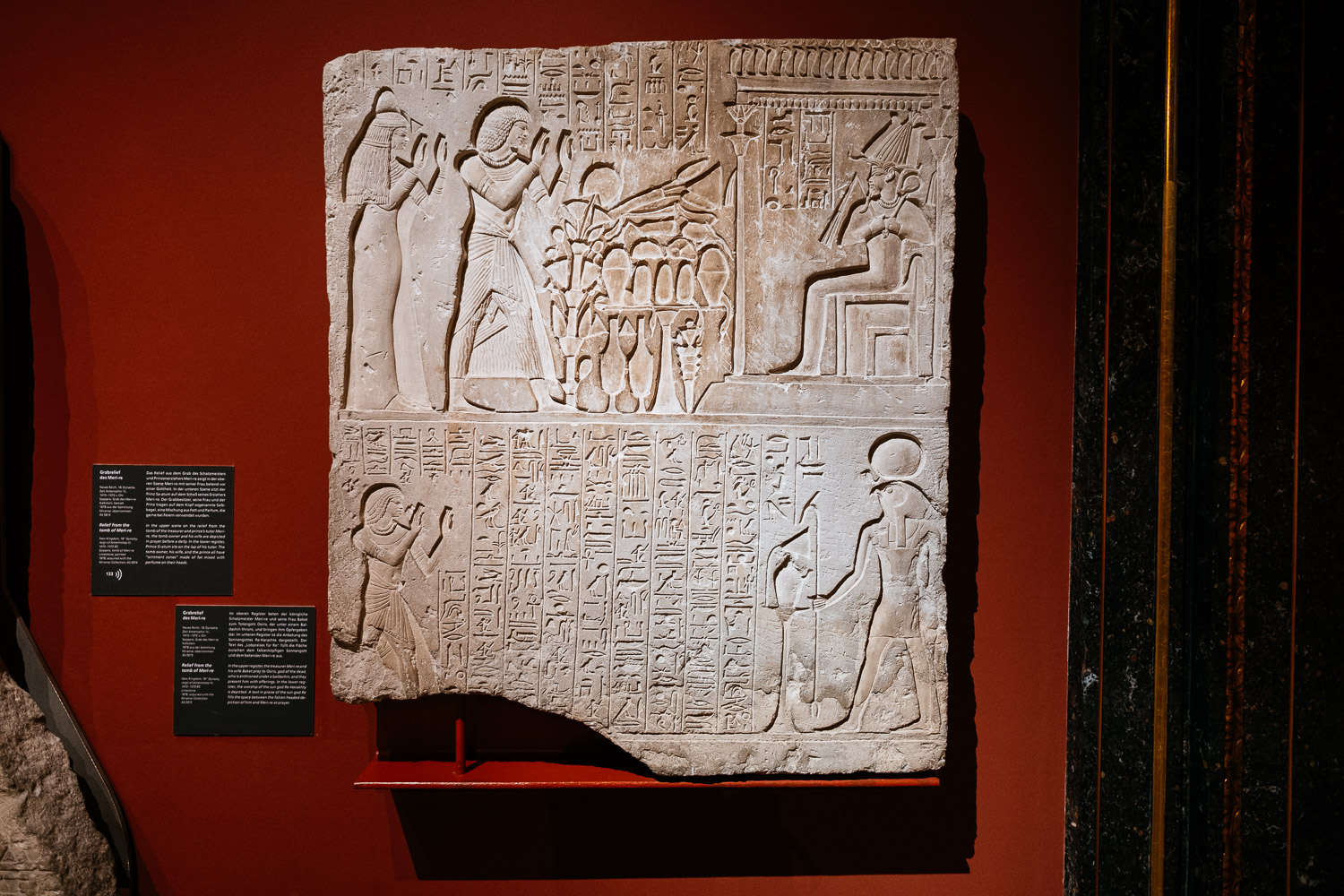 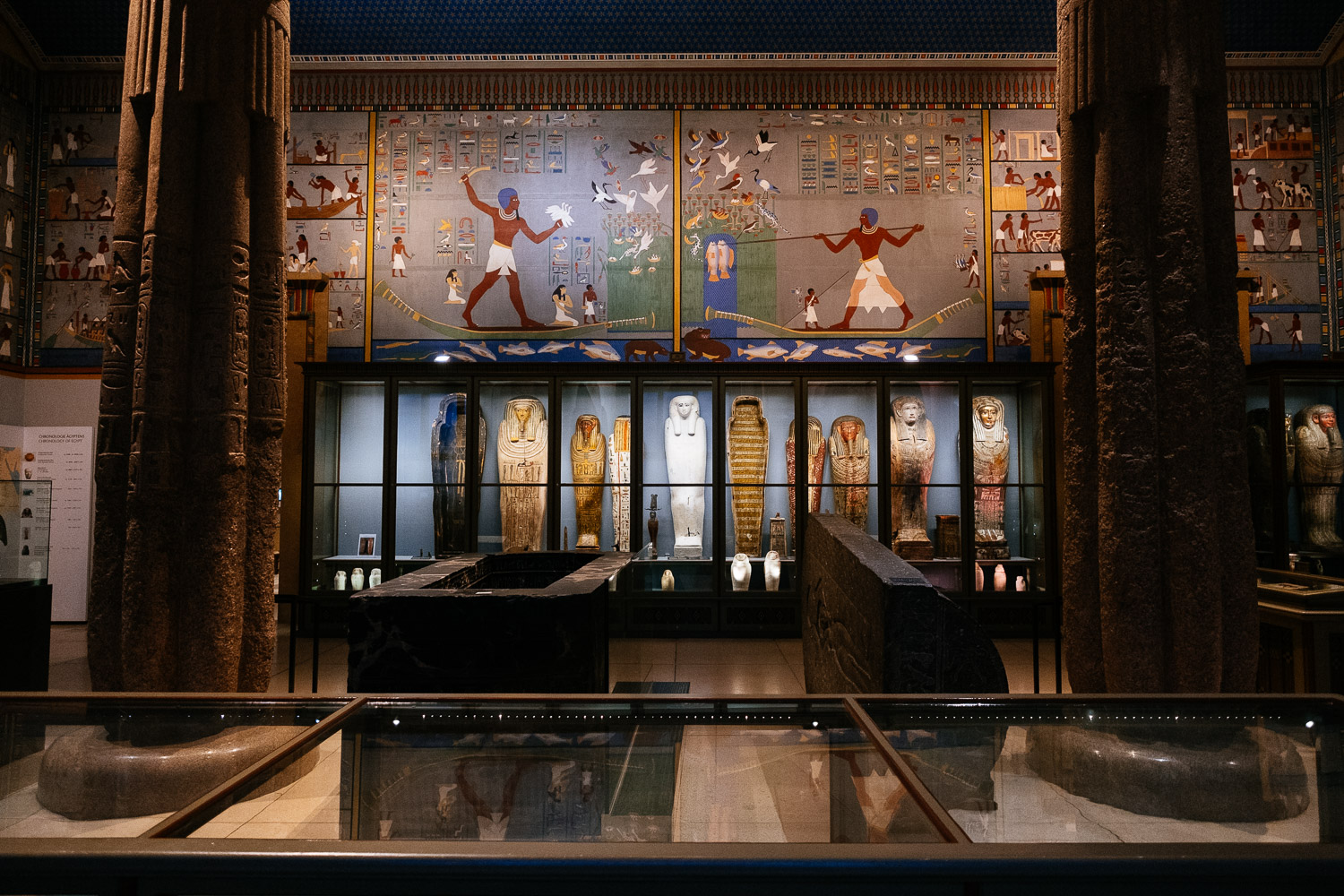 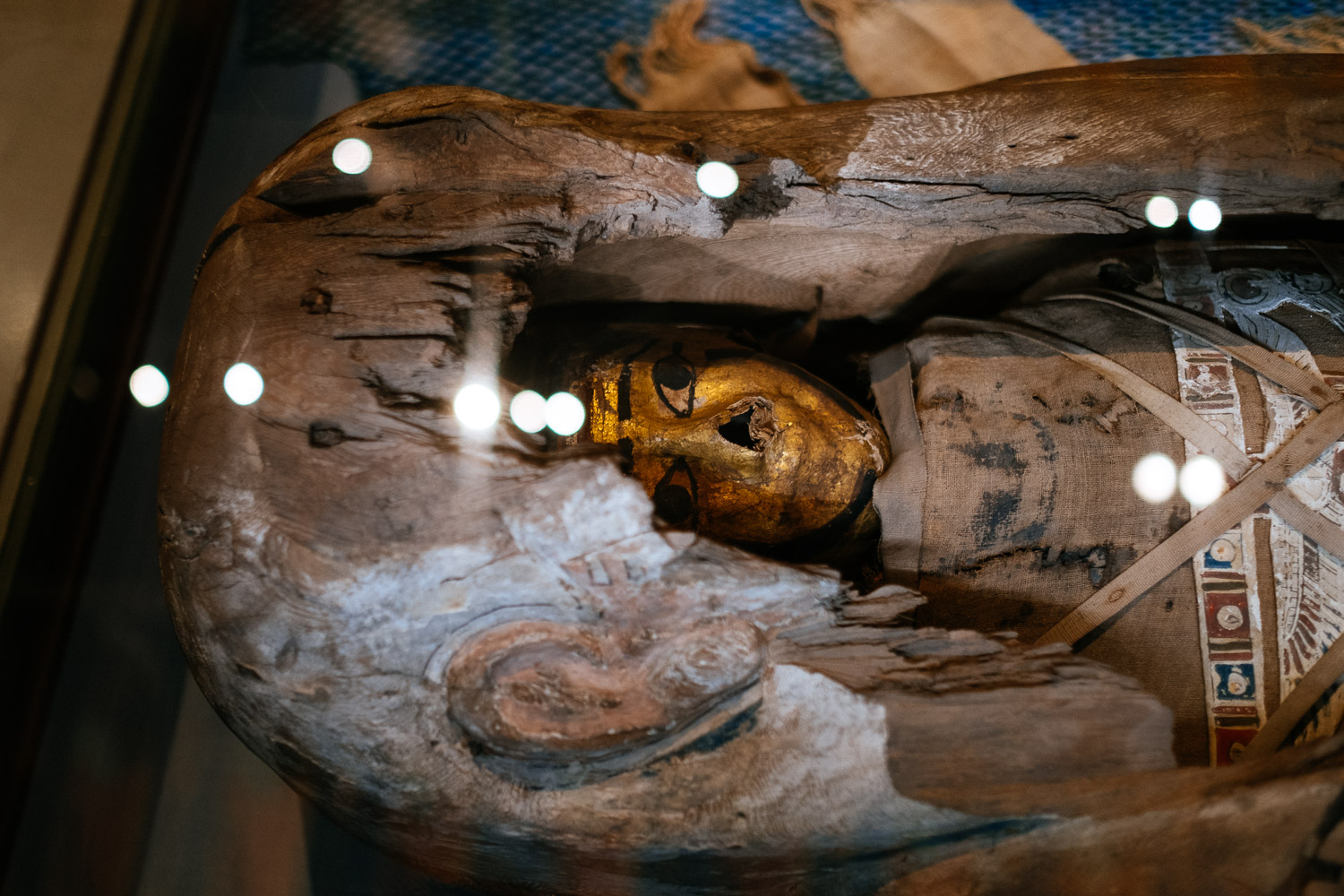 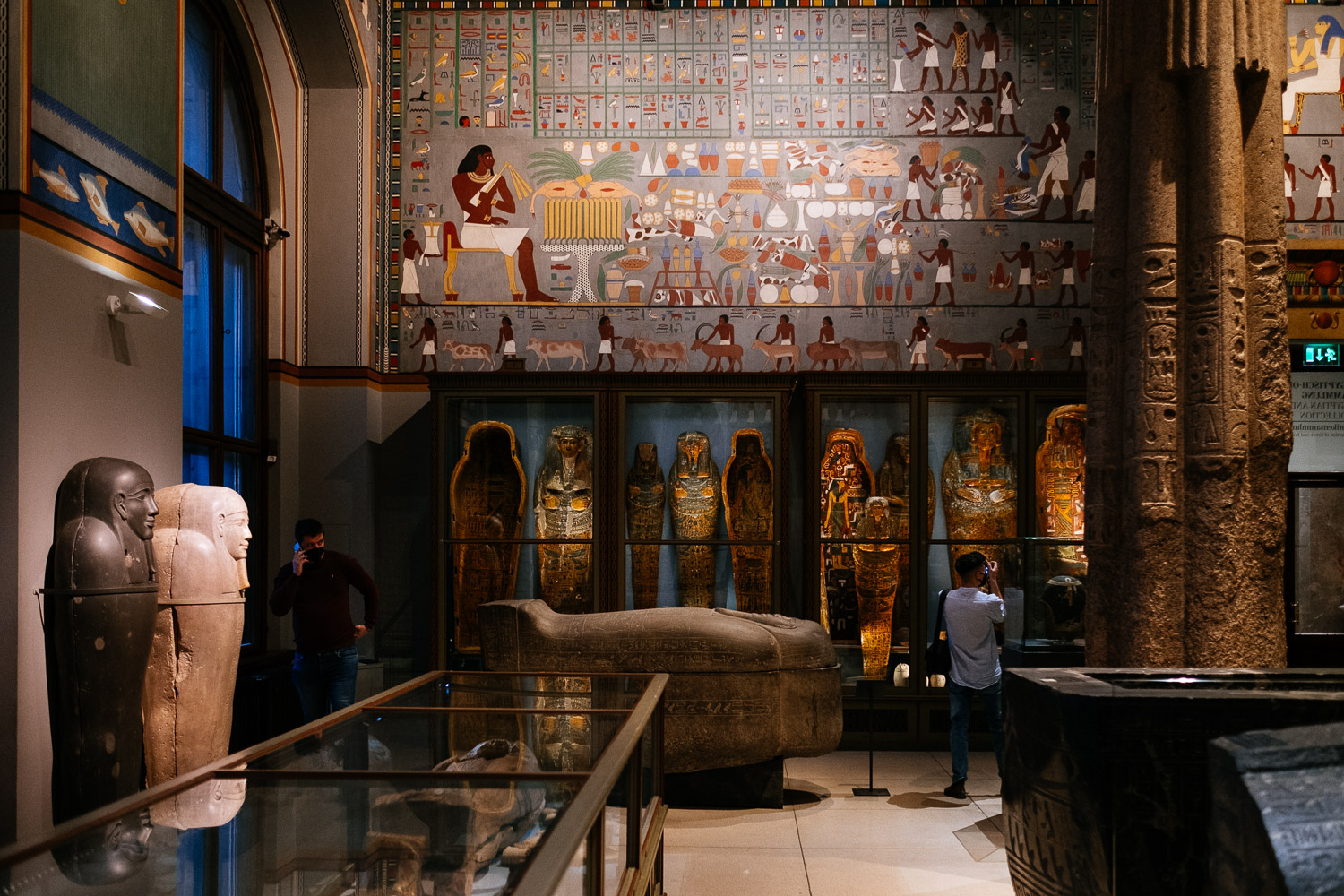 So to summarise the X-Pro3 has

Strangely the focus limiter option hardly gets mentioned in reviews. But it is brilliant. It is the feature I miss most since I sold my Ricoh GR. I think on the Ricoh GR it was rather a fix focus set to a specific value. It’s simple and effective and it should work wonders for street photography or if you shoot out of a car or train. The EVF is amazing. It is even better than the EVF in the Nikon Z6 which still had some lag. The EVF of the X-Pro3 is practically without lag and its contrast is impressive.

I have not shot any kind of action at all. I hardly shoot action but what I can tell from the first couple of shootings is that the AF just works. In good light and also in poor light. I remember my first visits to the NHM or KHM with my Fuji X100 and later with the X-Pro1. Their AF back then was laughable and those cameras were hunting in poor light all the time. Especially the X100 before the firmware updates could barely focus on anything if the light was low. Well it’s very different now. The X-Pro3 focuses even better than the X-Pro2 and for portraits eye AF is a revelation.

It’s maybe a little early but I think I have to say: I was wrong! This is not a camera only for hipsters or a camera that you put in a glass cabinet only to take it out once in a while to play with it while wearing white cotton gloves. This is a real camera and street shooters dream. And unless you decide to get one of the Dura tech versions you should be fine without gloves. I can’t wait to travel with it! 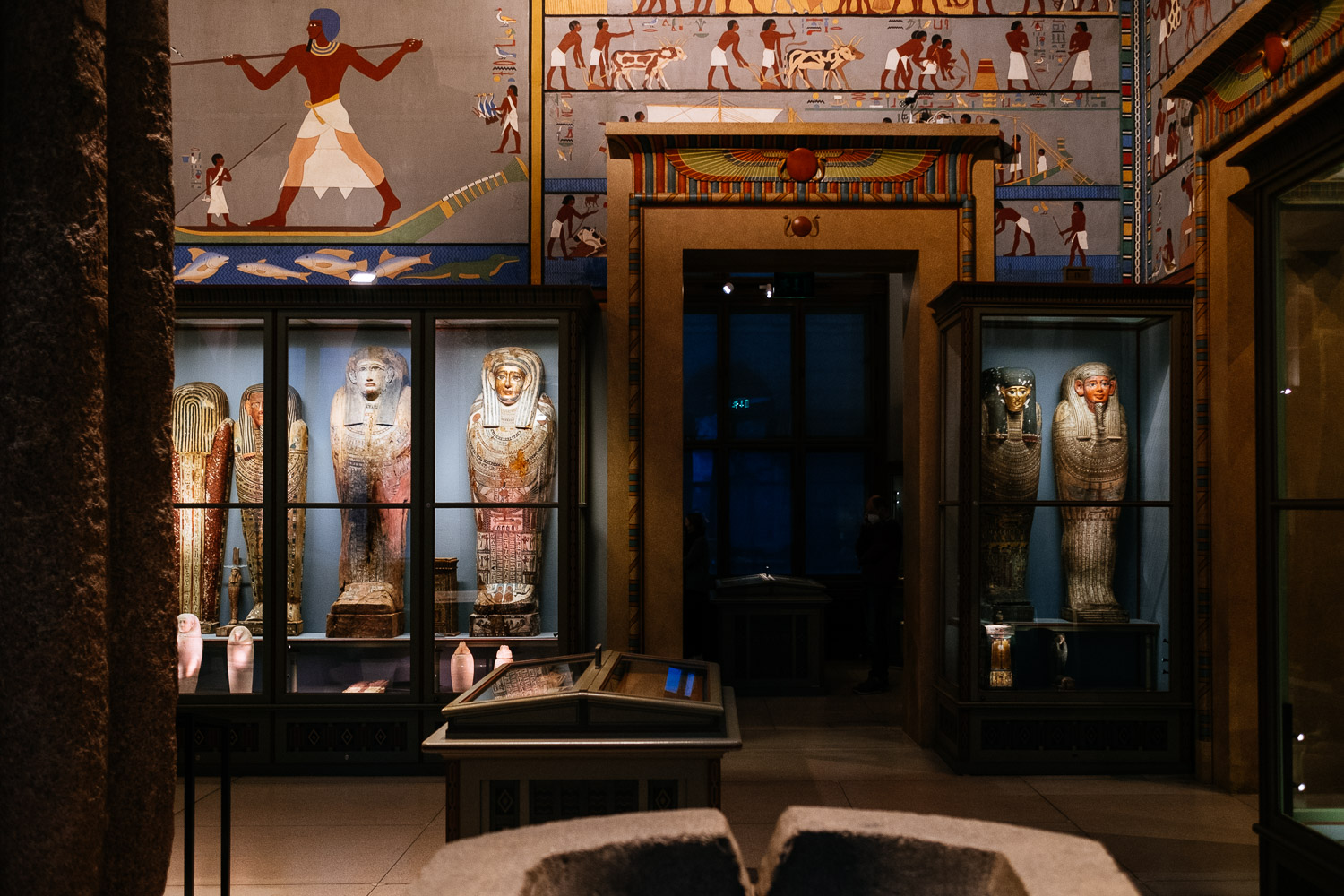 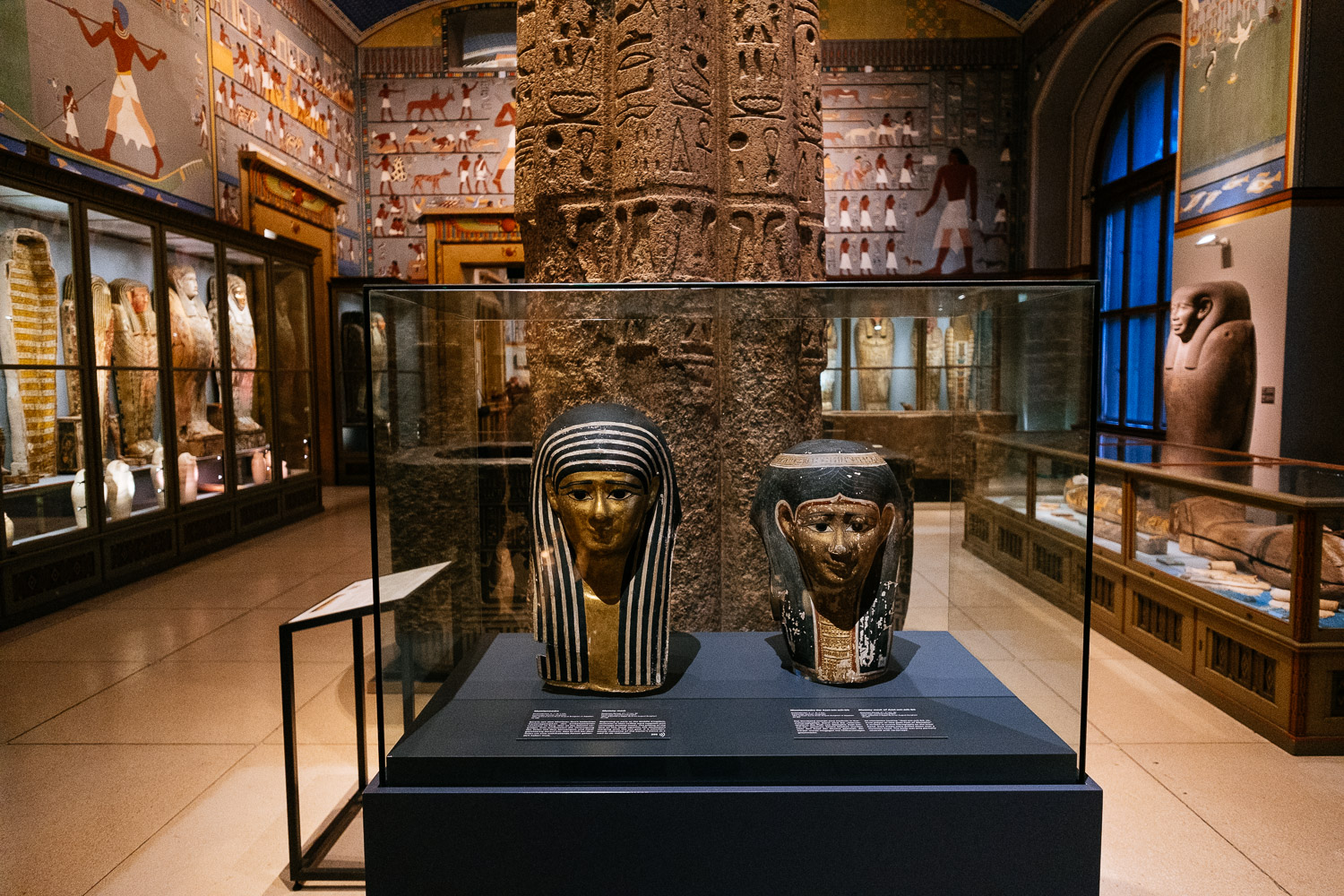 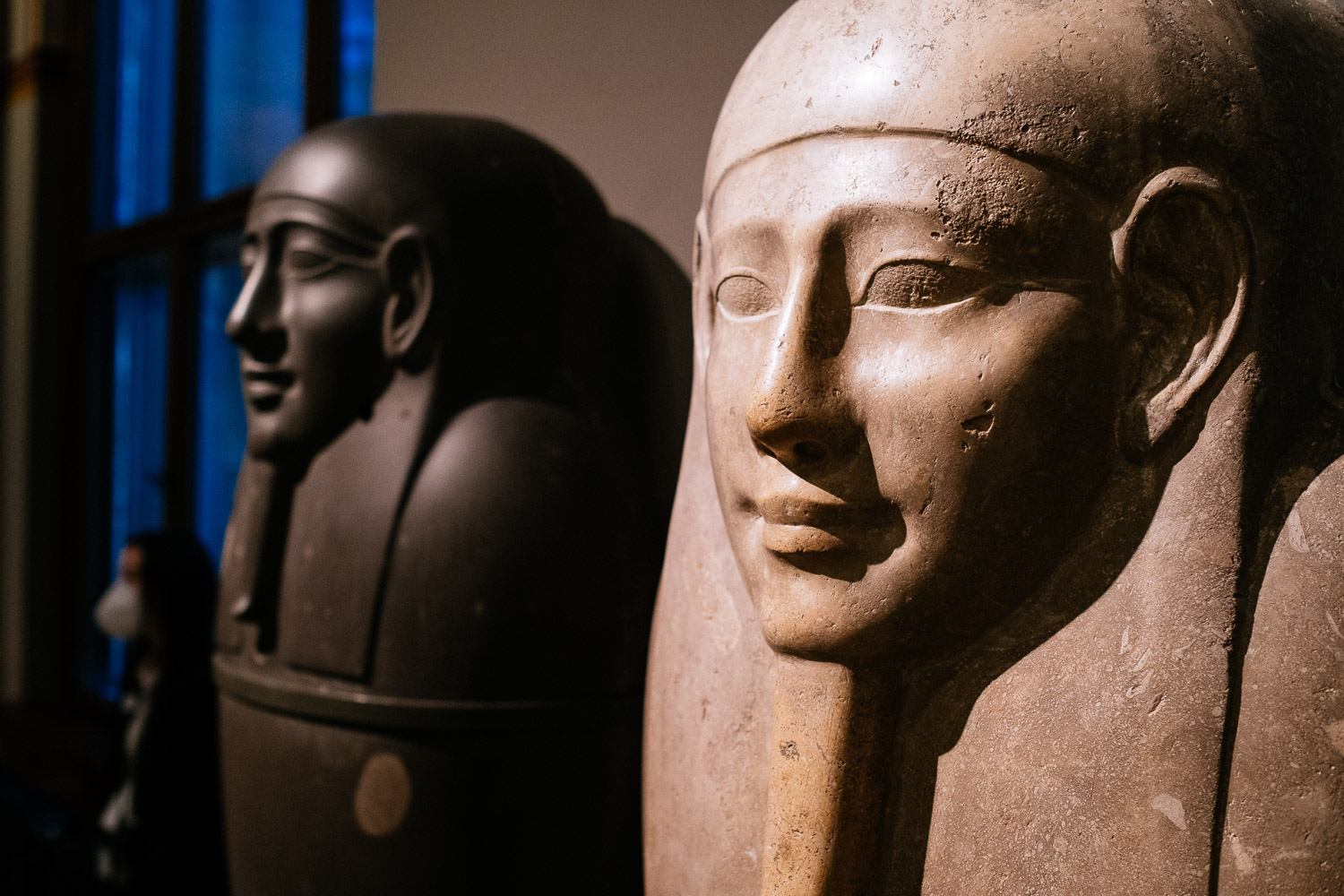 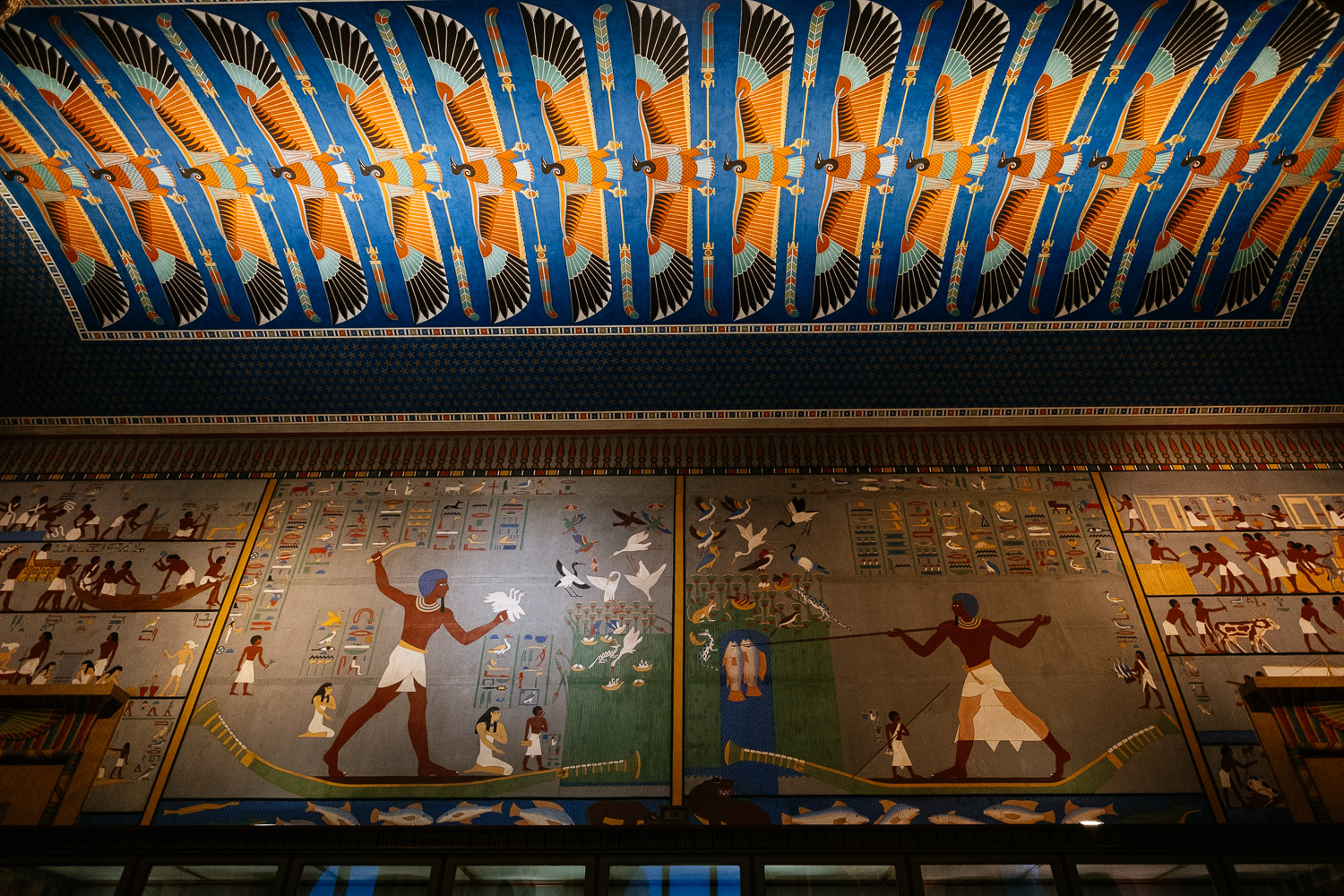 I simply love the egyptian exhibition. Its highlight is the last room. It is the biggest room that holds the most beautiful exhibits. I love the colours, the colourful paintings on the wall and on the ceiling and the glass cabinets. This room is magic and if you have a competent camera your pictures will look amazing.

What Impressed me the most the very first time I shot with the Fuji X100 was its high ISO performance but even more so its auto white balance. This little camera just nailed the white balance and the colours where my Nikon or Canon DSLRs failed. It seems that there is a deep understanding of colours that only a former film maker can have. I often read that if you shoot RAW it doesn’t matter because you can change white balance and colour in post. Of course that’s nonsense! There is a big difference if you have to recall how the colours looked like to recreate this in post or if the camera simple manages to capture the colours correctly. Your iPhone manage to do that so why shouldn’t your camera be able to do the same.

The Fuji X-Pro3 is no exception here. It nails exposure, white balance and colours most of the time and since its autofocus is very reliable too there is no need to check the results all the time. And that’s a good thing because if you push the playback button to check the image you just took you will stare at the back of your camera like an idiot. Don’t! Fuji doesn’t want you to do that and they are right. 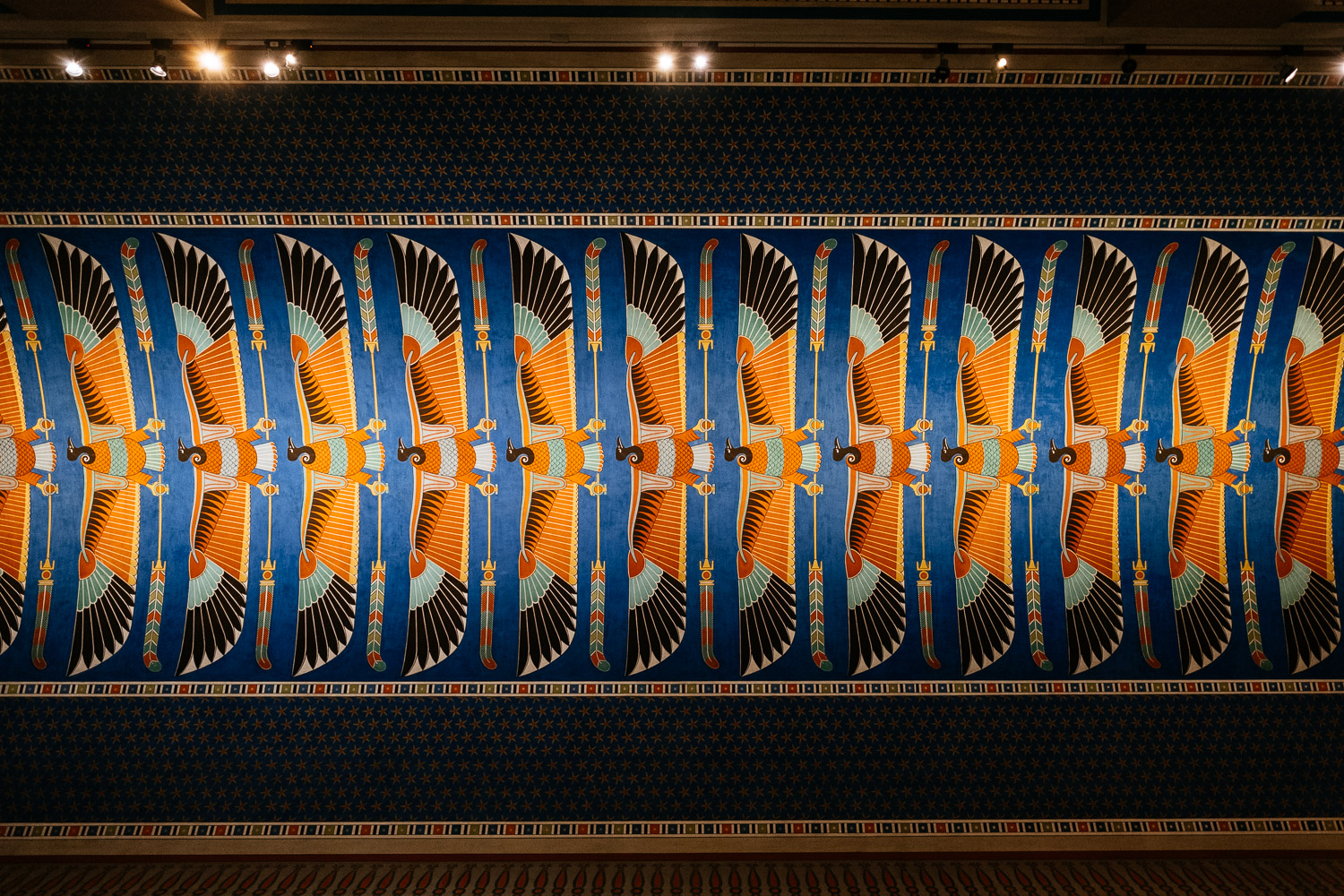