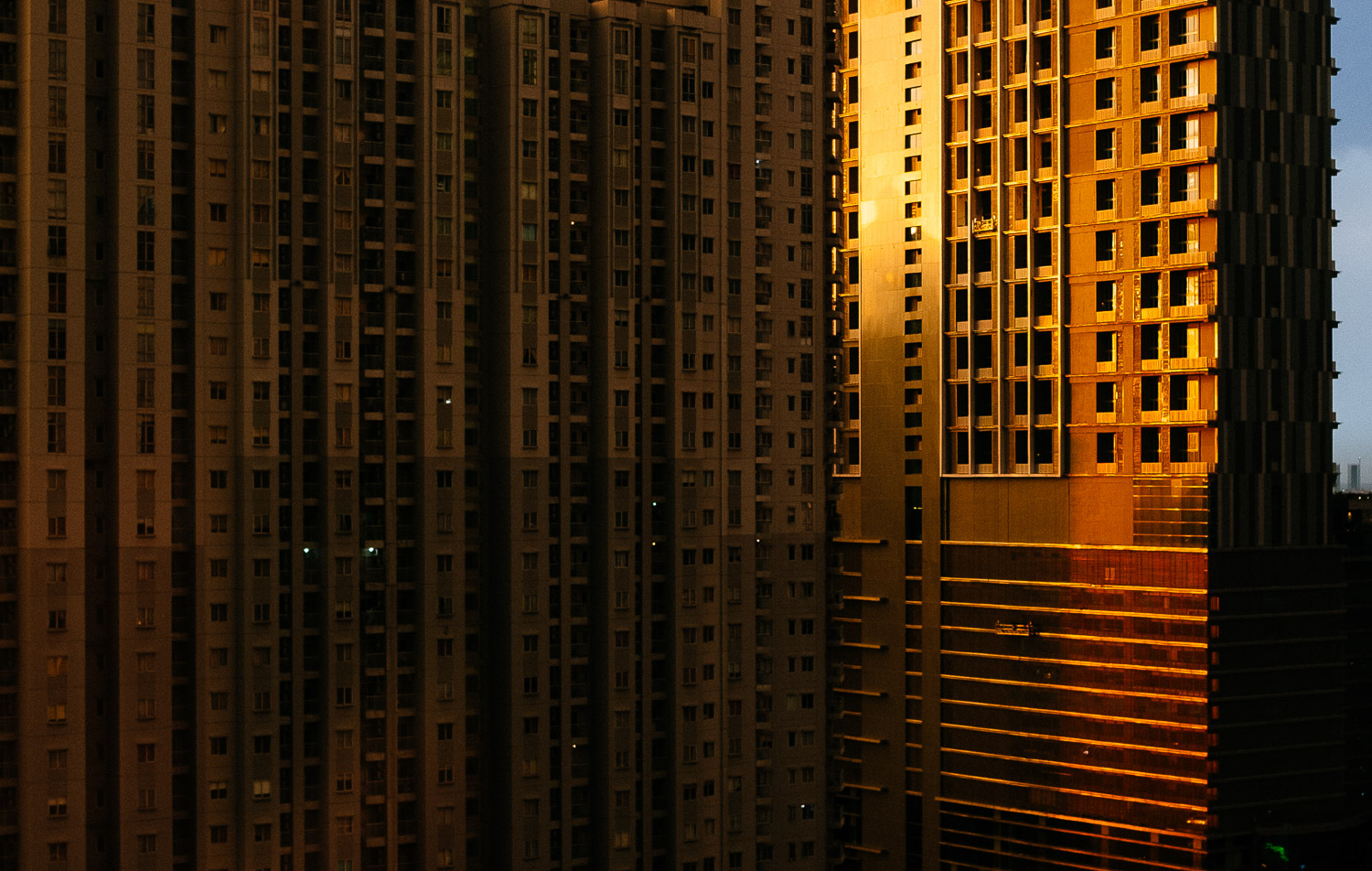 I have to admit it the picture above is cropped. Heavily cropped to be more precise. Here is the original shot.

Maybe this answers the question whether 24 Megapixels are enough. I cropped out a small portion and still ended up with a 6 MP image. Not long ago that was the resolution of the best digital cameras. Times have changed! Of course this example is extreme and has nothing to do with real world practice but here is a real world example. Imagine a head shot that you took in portraits orientation. Now it is no problem to crop in tight and change to landscape and you will still end up with enough pixels for high quality prints. 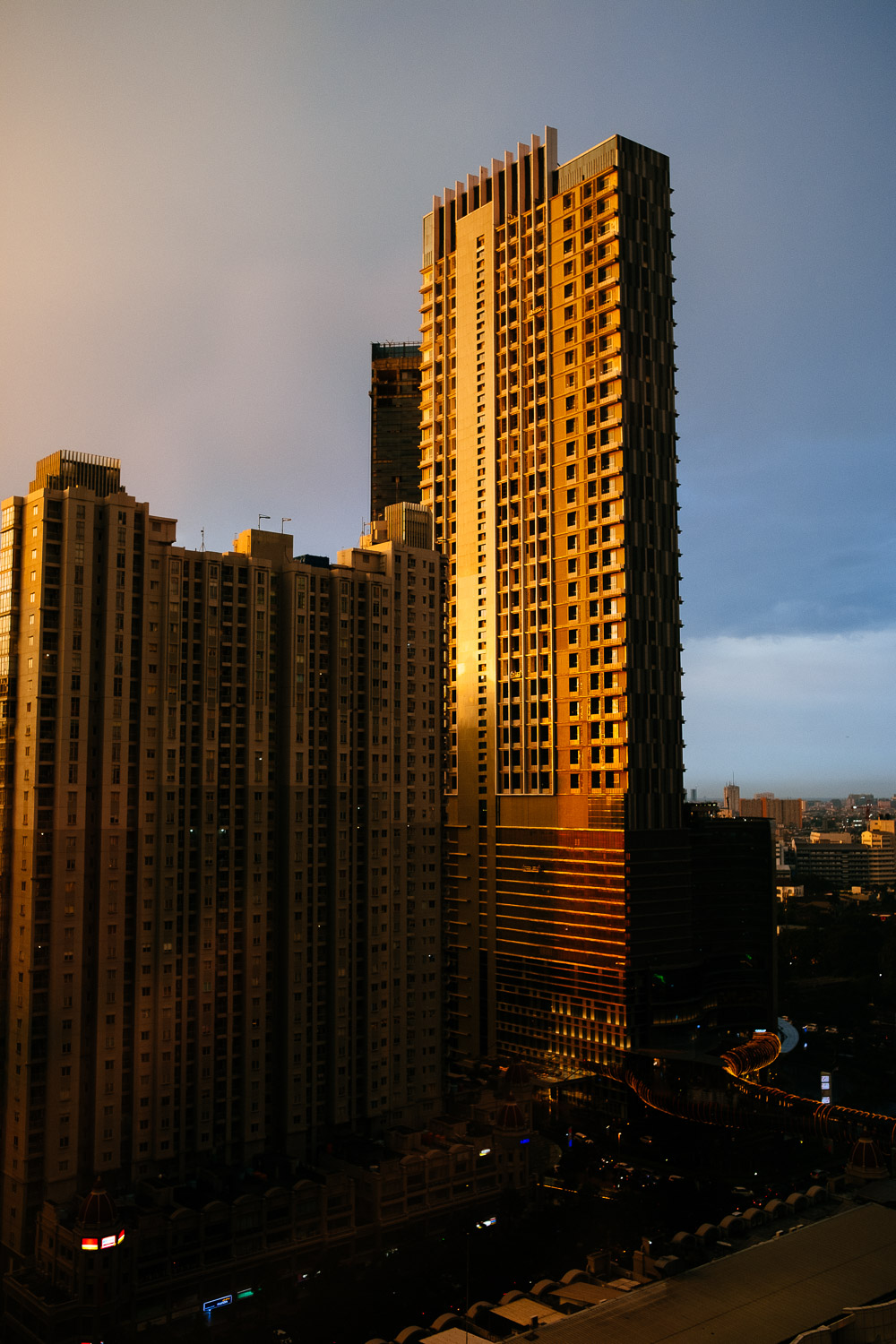 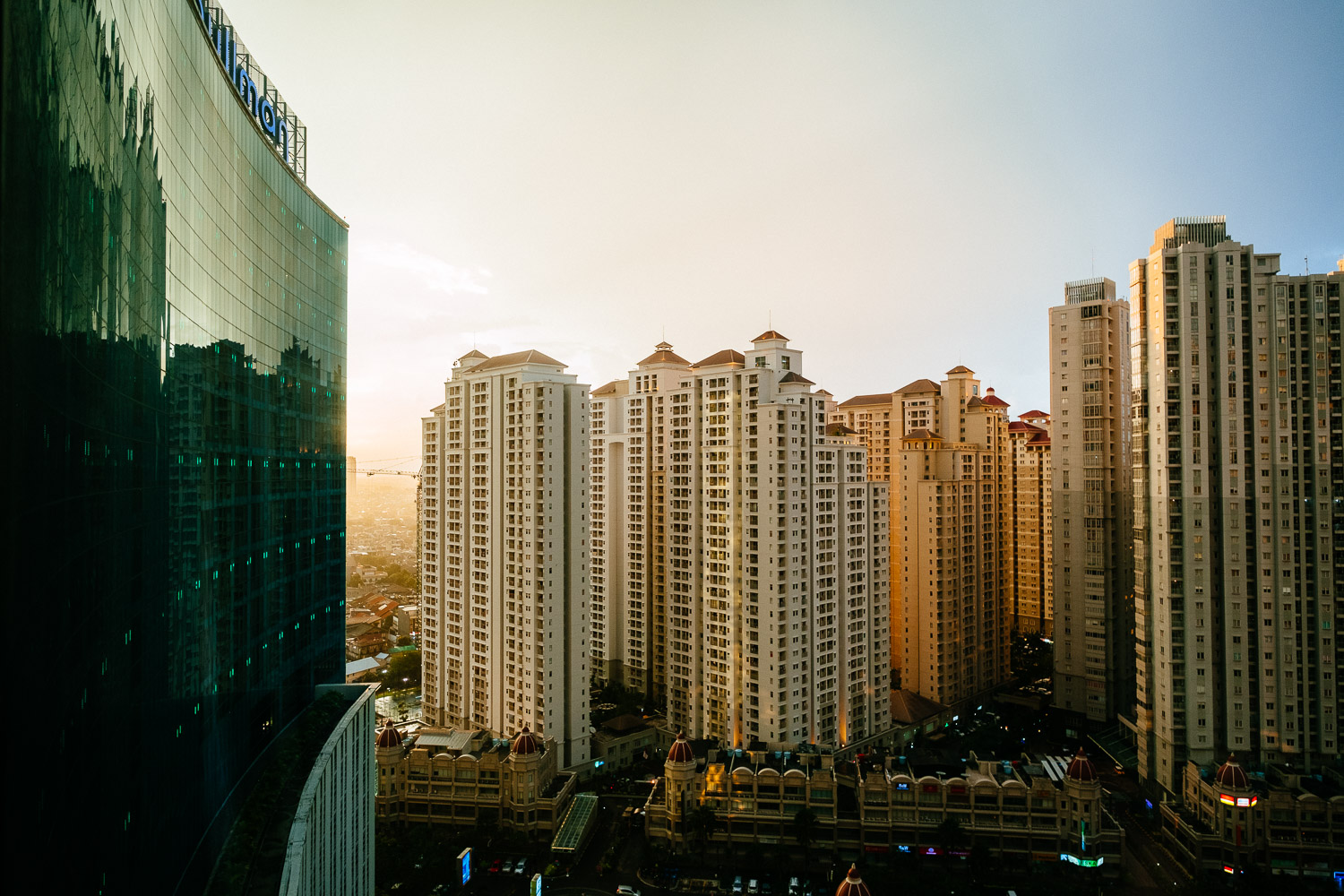 Now something about the images. I was in my hotel room in West Jakarta. After a thunderstorm the sun came out again just before sunset. Of course the sun was blocked by the skyscrapers and my hotel but the light was fantastic. I grabbed my camera and attached the 14mm lens to get the high buildings into the frame. I still had to tilt the camera upwards which caused falling lines that I corrected in Lightroom.

In many big cities the skyscrapers are office buildings. In Jakarta, Indonesia they are condos. The metropolitan area of Jakarta has more than 30 million people. That’s almost the population of Canada. Another interesting number: The island Java is home to over 140 million people but is only two times the size of Austria. Austrias population is 8.5.

So there is an increasing number of condos in high rise buildings some even with a small balcony. This time I was lucky to have a room with a view. Last time my room faced the other direction. When I looked outside I had a apartment block right in front of me which was almost twice the height. Like this time my room was in the 30th floor! Just imagine to live in the 47th floor. You should opt for a fish tank instead of a cat to avoid a tragic loss. 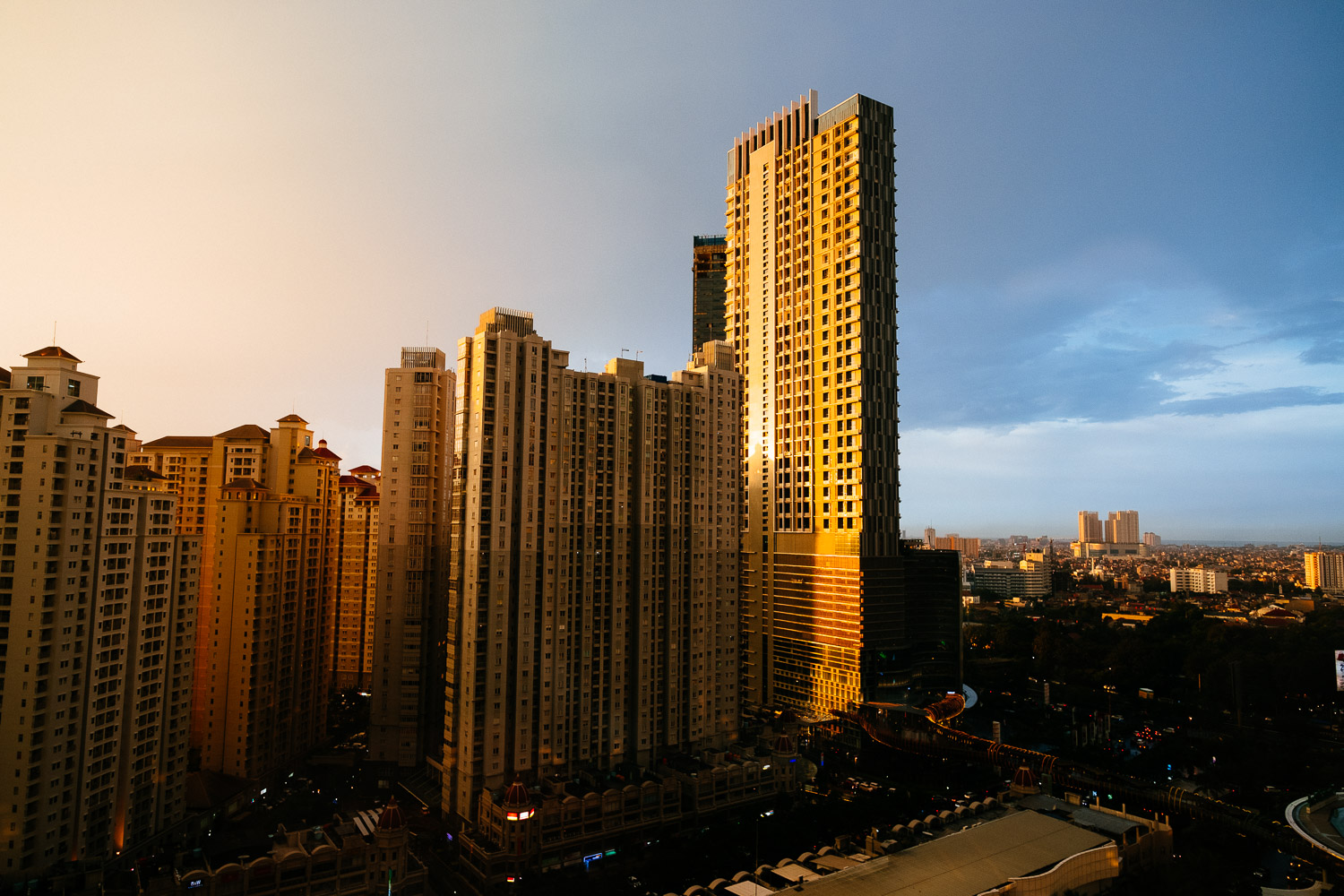 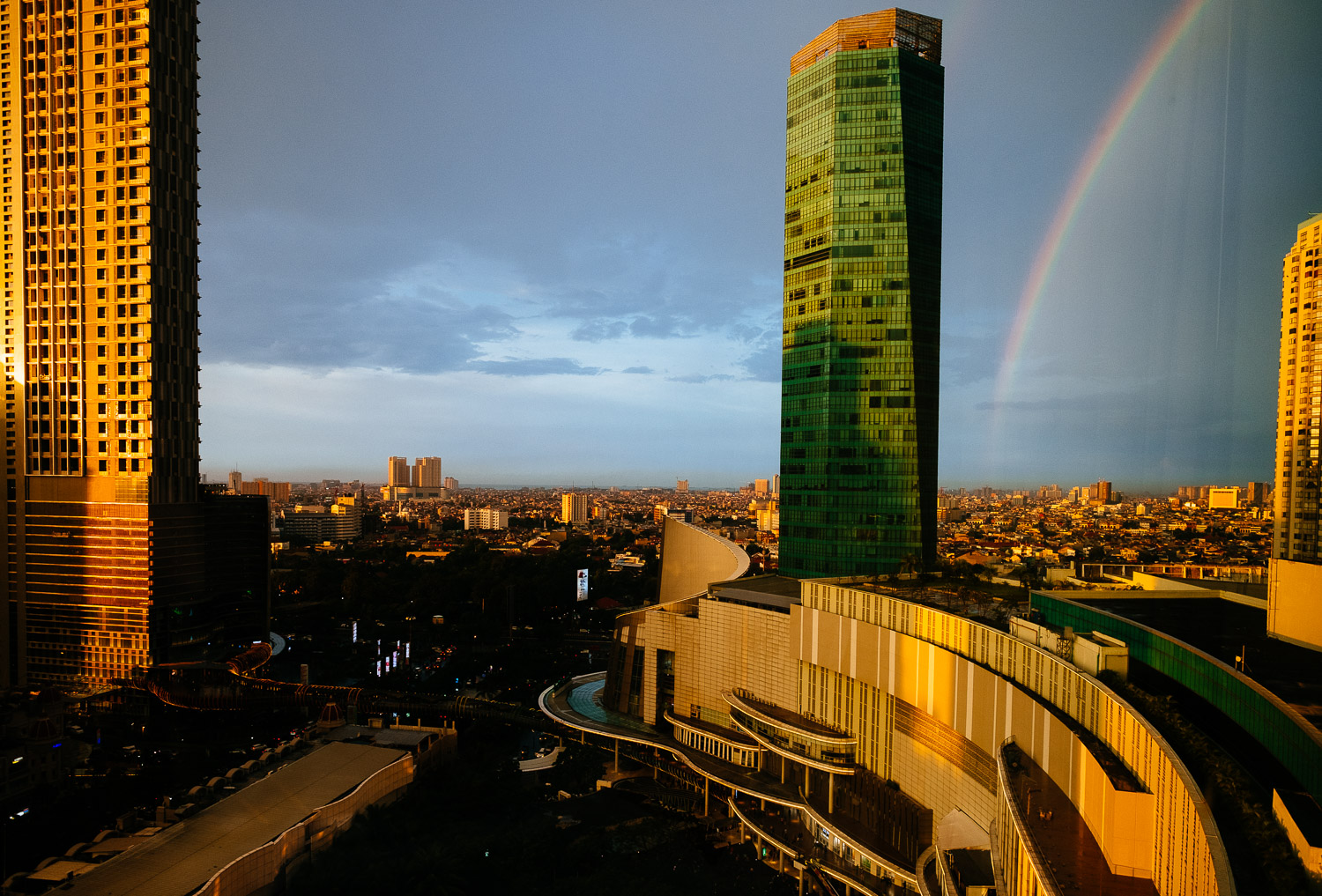 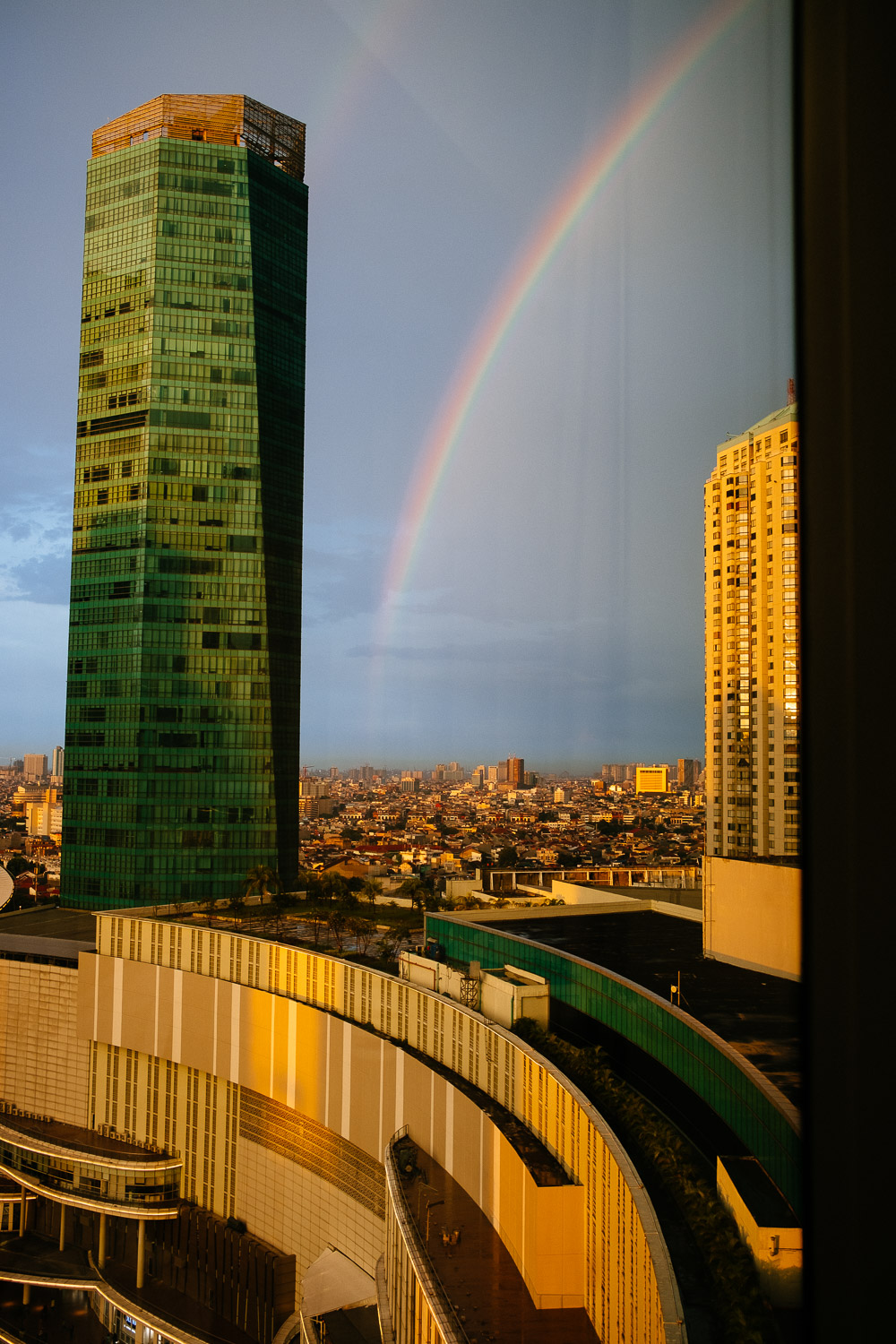 The first shot I took was the picture below. Only then I saw the rainbow on the right edge of my frame. I took two more shots before the light faded. The sun sets fast on the equator. I changed to the 23mm lens to take a vertical shot of the new apartment block in front of me which I later cropped into the landscape shot that I used for the header. Then the sun was gone.

During the night you can see the light of the welding guns. Jakarta already has the worst traffic in the world but keeps growing. I wonder how this place will look like in 20 years from now. 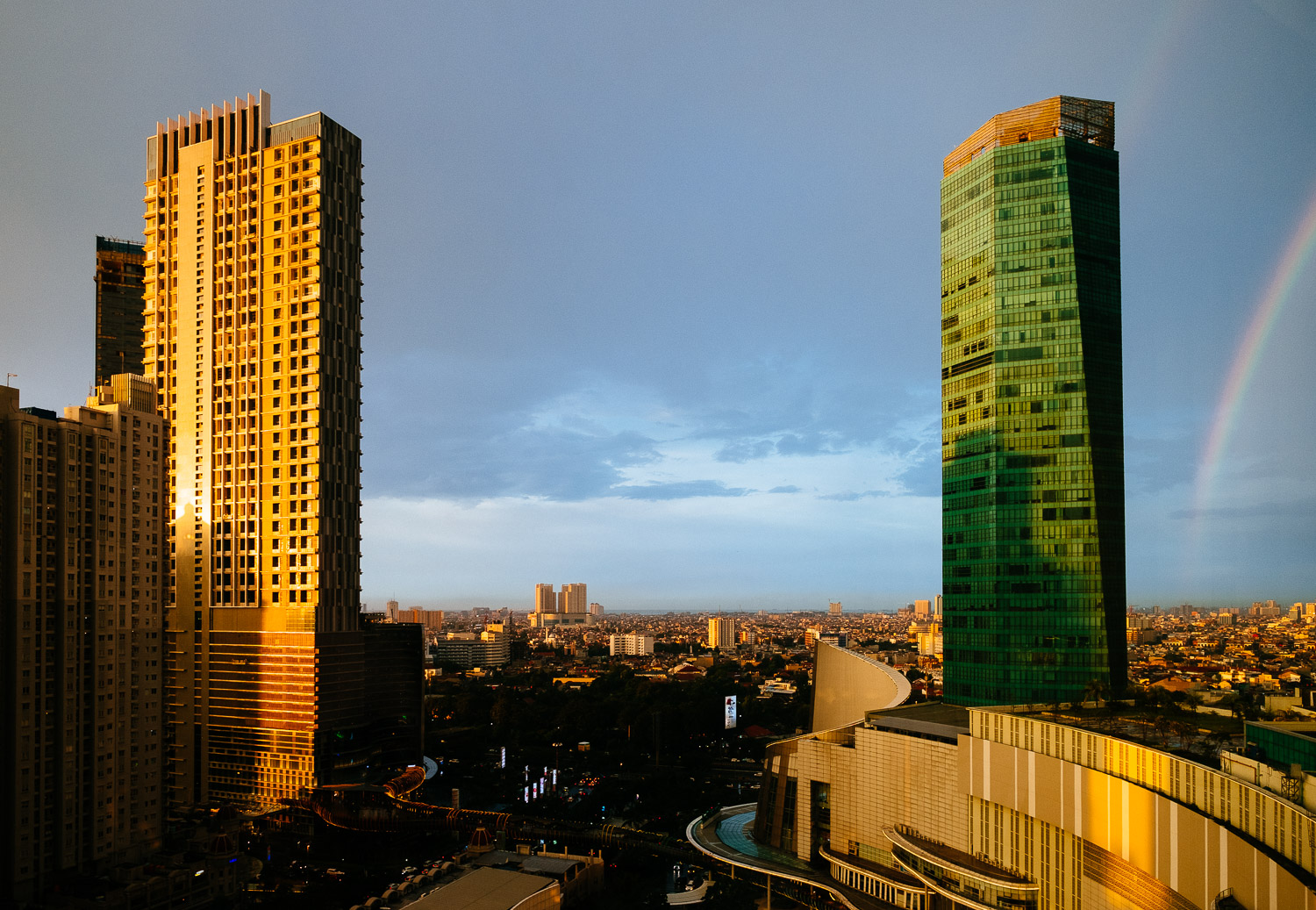