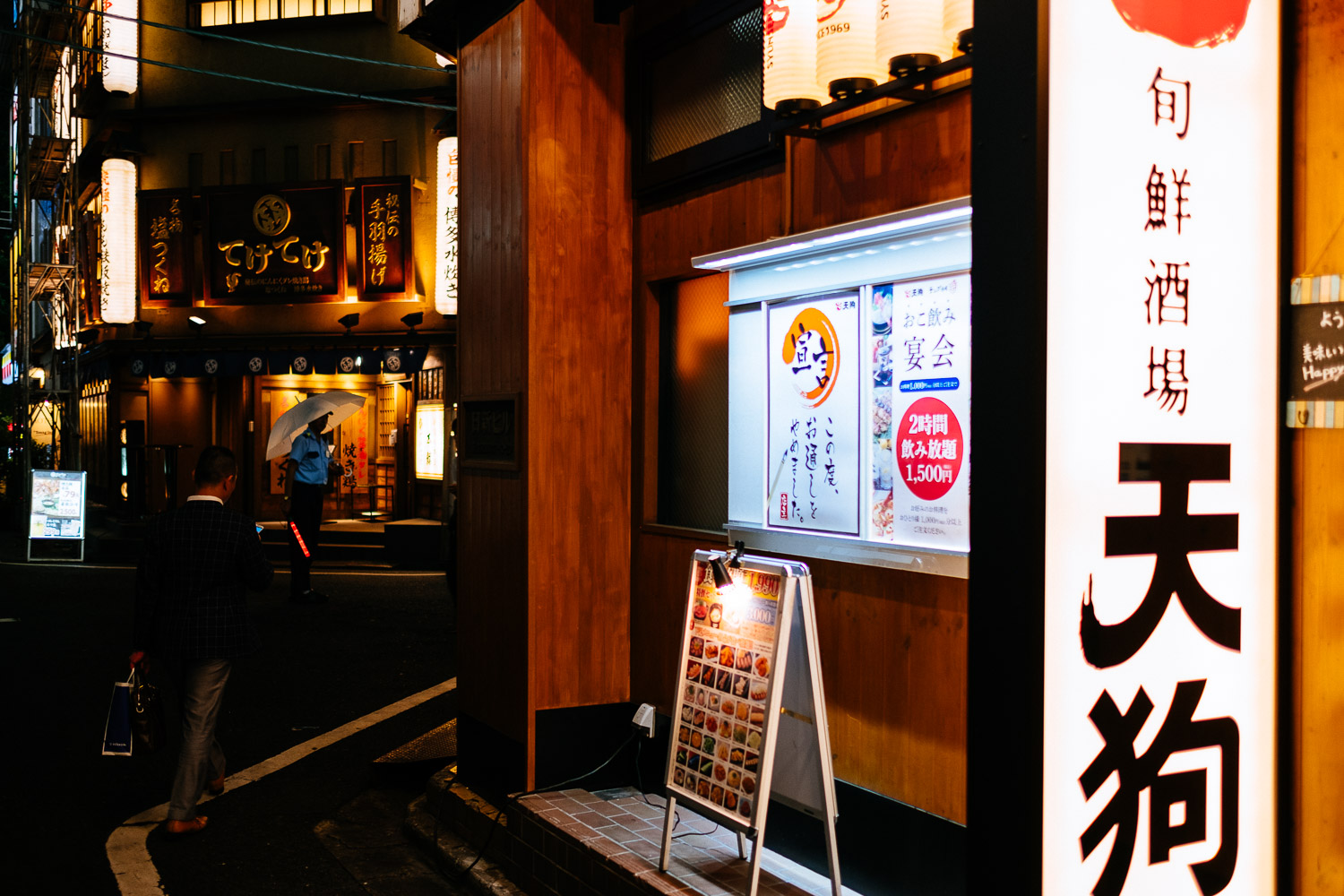 One of my favourite food is Sashimi and Sushi. So I was very happy when my distributor in Japan invited my to a Sushi restaurant in Tokyo.

And what a great restaurant it was. From outside it was hardly recognisable as a restaurant. Great but not big. Just big enough to serve eight guests arranged around the the L-shaped cooled show-case for the fresh fish. Behind the very friendly chef that prepared the food in a both very effective but still relaxed manner. It seemed that there was always time for a little joke. But of course that is only a guess because I did not understand a single word.

There was a menu but it was Japanese only and did not include any price information. The guest simply ordered their food directly. In my case I asked my business partner to order for me. 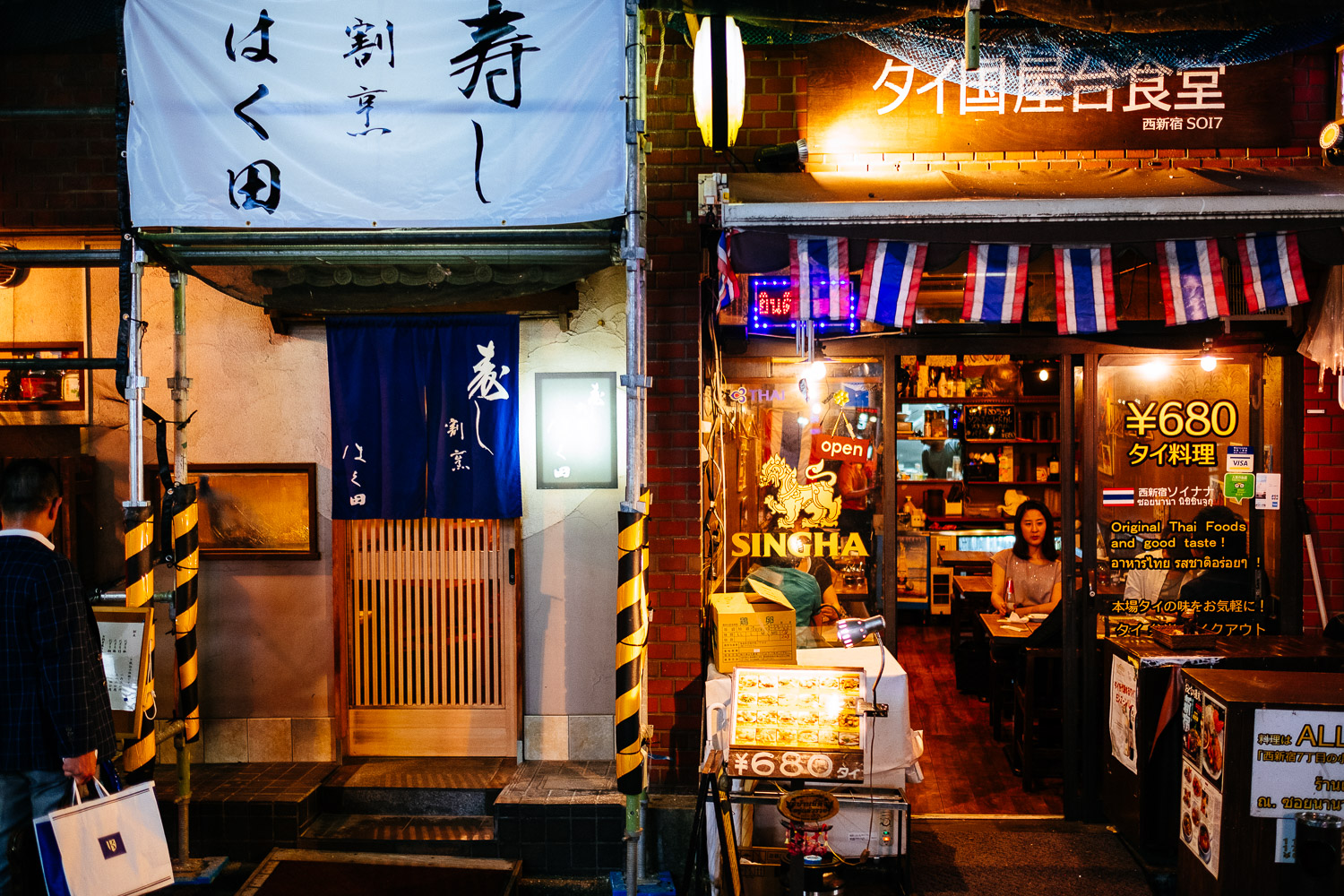 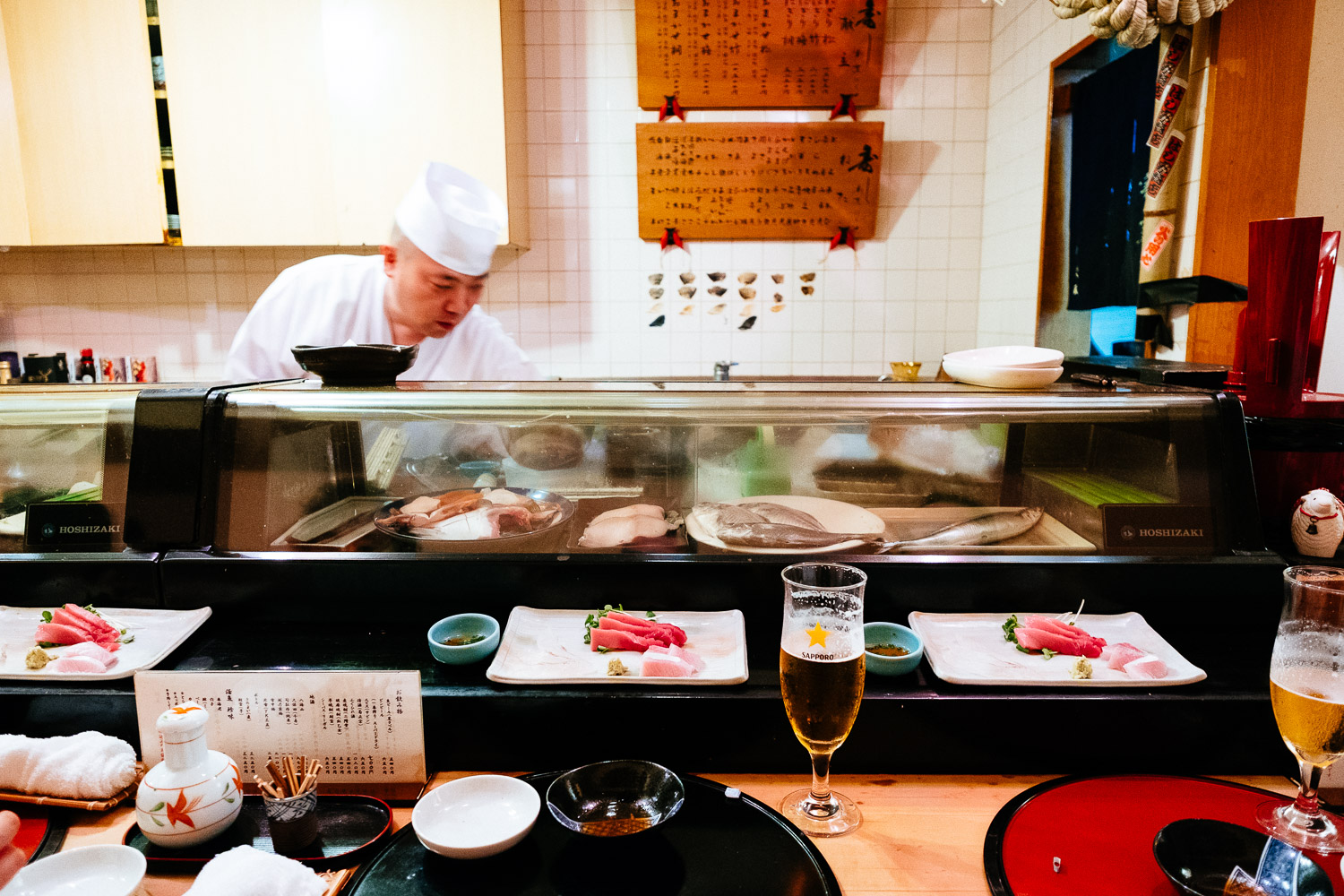 We ate a lot. Tuna sashimi including tuna belly (my favourite and one of the few things I could order in Japanese: toro!), fried eel that the chef caught straight out of a tank and of course sushi in all variations. I did not take pictures of everything since I was busy with eating and drinking a lot of beer and of course having a good time.

I think we really drank a lot and kept the waitress busy but it was a very relaxed atmosphere in that small sushi bar. A perfect place and completely different to the bigger restaurants that I visited during my stay here. But unfortunately unsuitable for us tourists because there is no way to come here without a local.

To deal with the tourists and maybe also to give their Japanese guests an idea how their food might look like most bigger restaurants have a very elegant solution: fake food! Everything you can order is on display made of plastic. Really everything including deserts and even all the different beers. 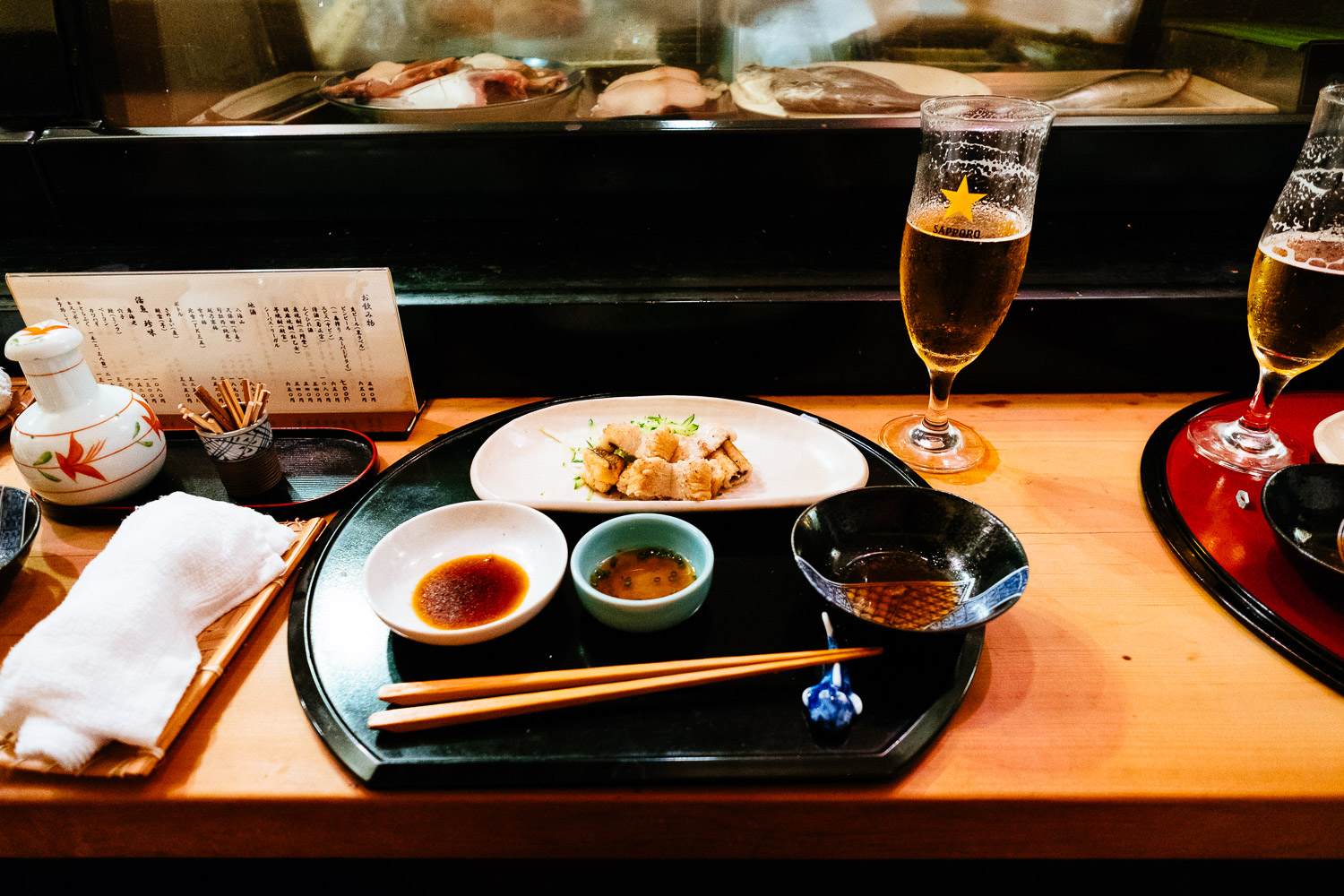 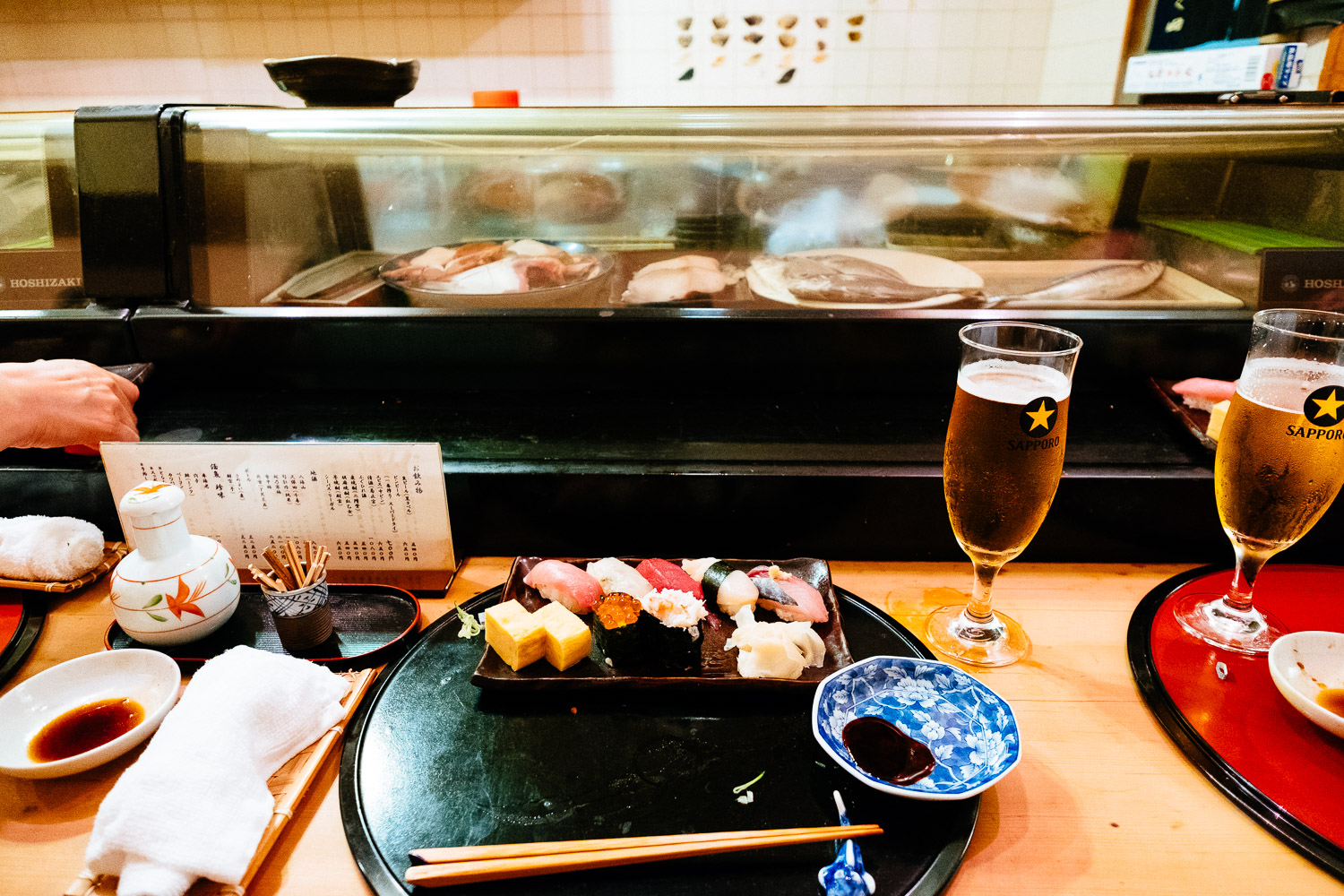 After a great meal I thanked the chef in Japanese. Which made him smile and praise my Japanese. As I said before a very friendly man, a true master but still humble. Just have a look at the wall behind him. Those are fugu fins. Every time the chef prepares fugu the fin ends up at the wall. So he has a fugu licence. But if you want to et fugu you have to order in advance. So there was no chance to risk my life for a fish that tastes boring. 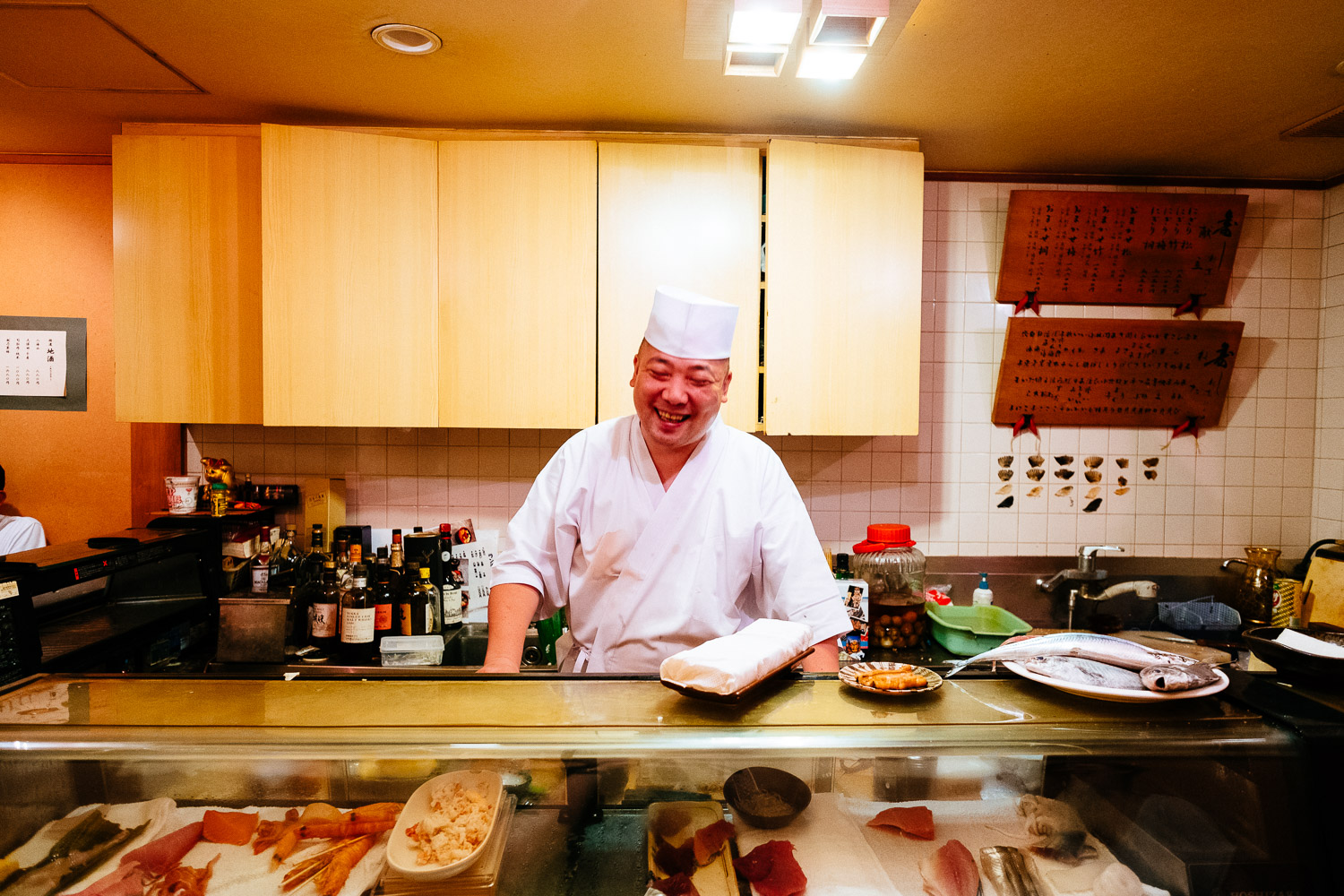