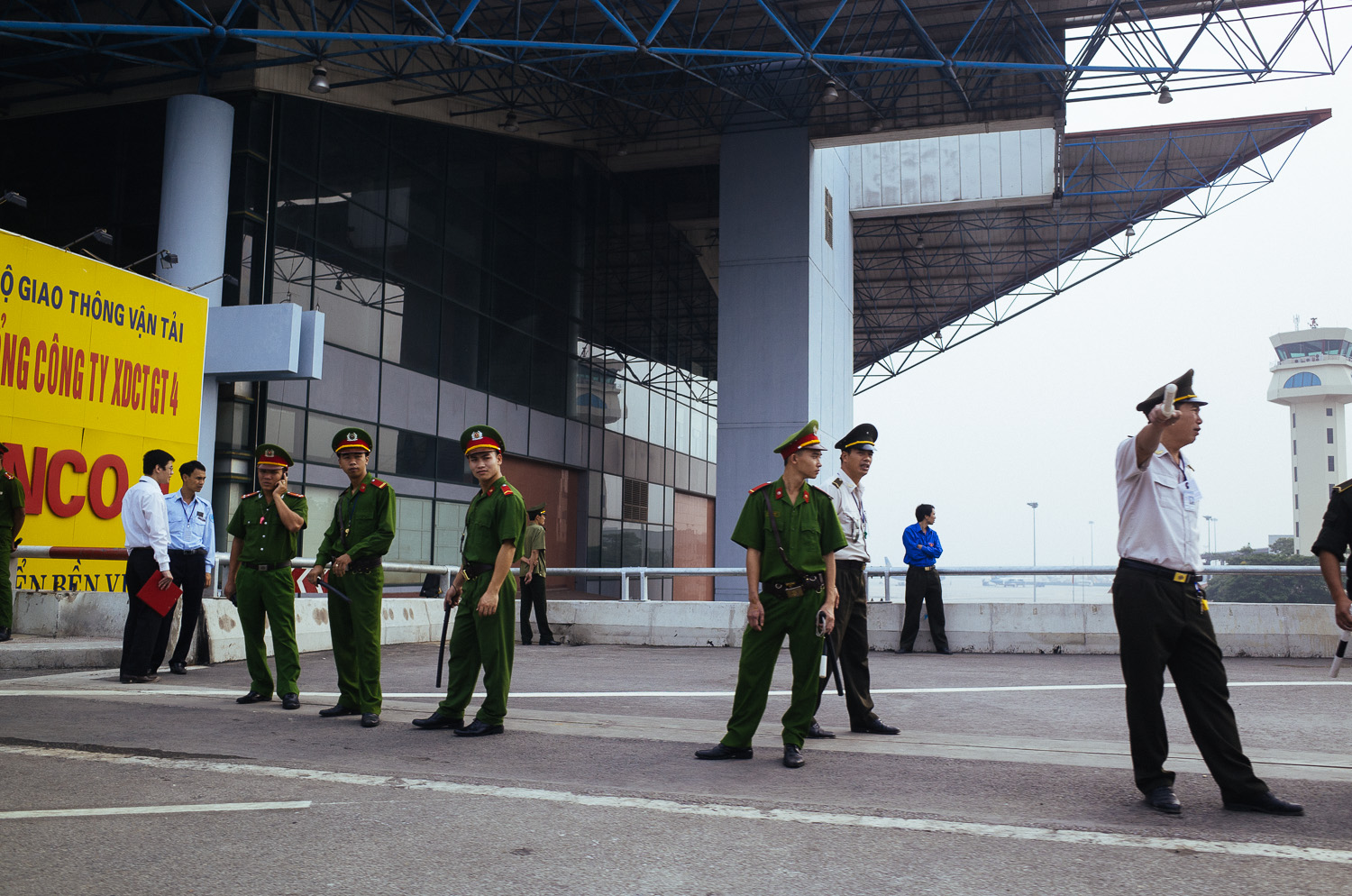 When I was in Hanoi last October it happened that one of Vietnams most famous persons, general and war hero Vo Nguyen Giap, died at the age of 103.

His body was displayed in a couple of cities and thousands of people lined up to pay their respect. The day before most of the roads in Hanoi were closed for a big parade and at the day of my departure his body was transported to the airport to get him to his birthplace. My plane to HCMC was leaving about the same time than his to Quang Binh but I needed to go to the airport a couple of hours earlier before they close the roads for the convoy. 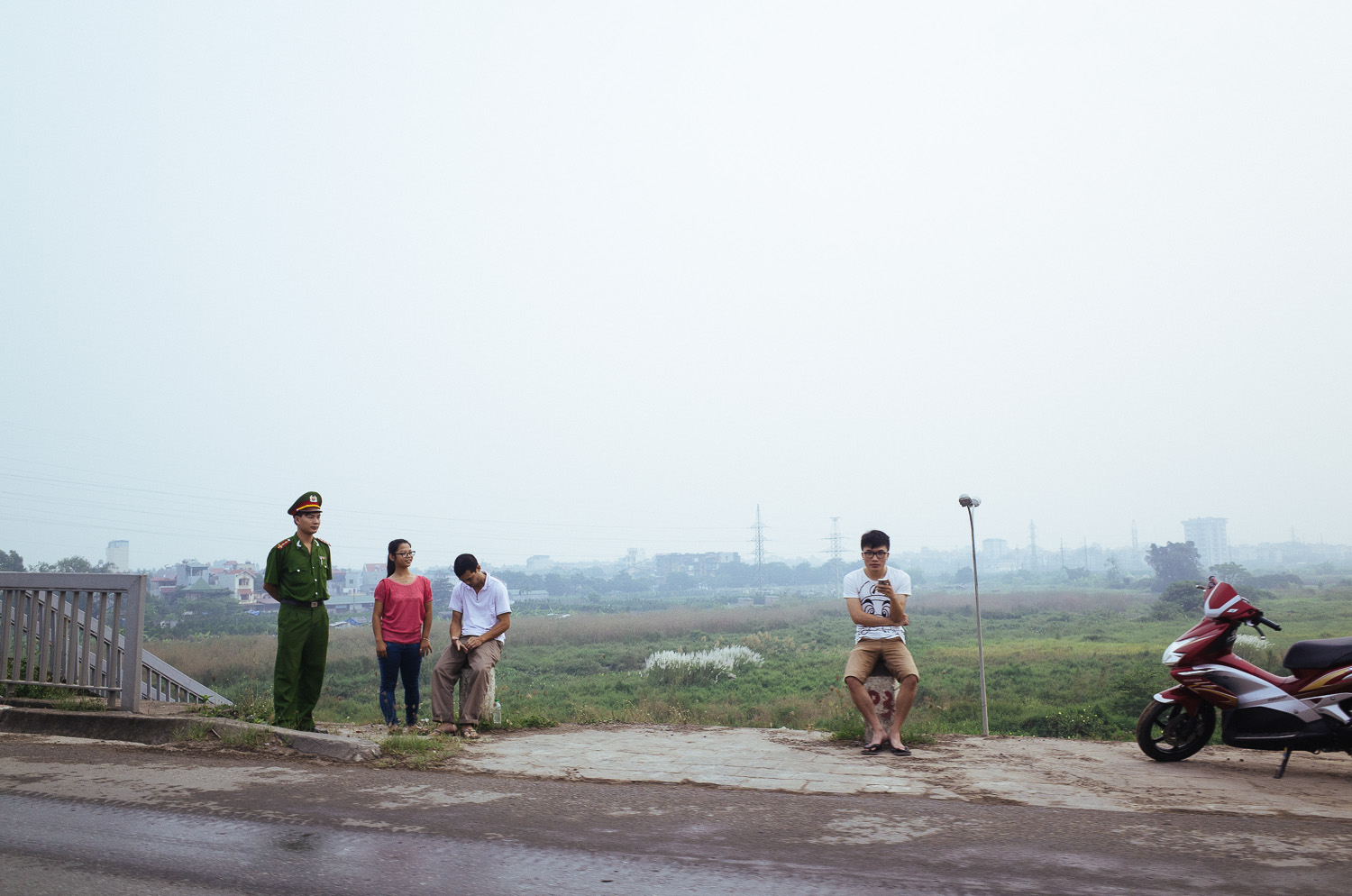 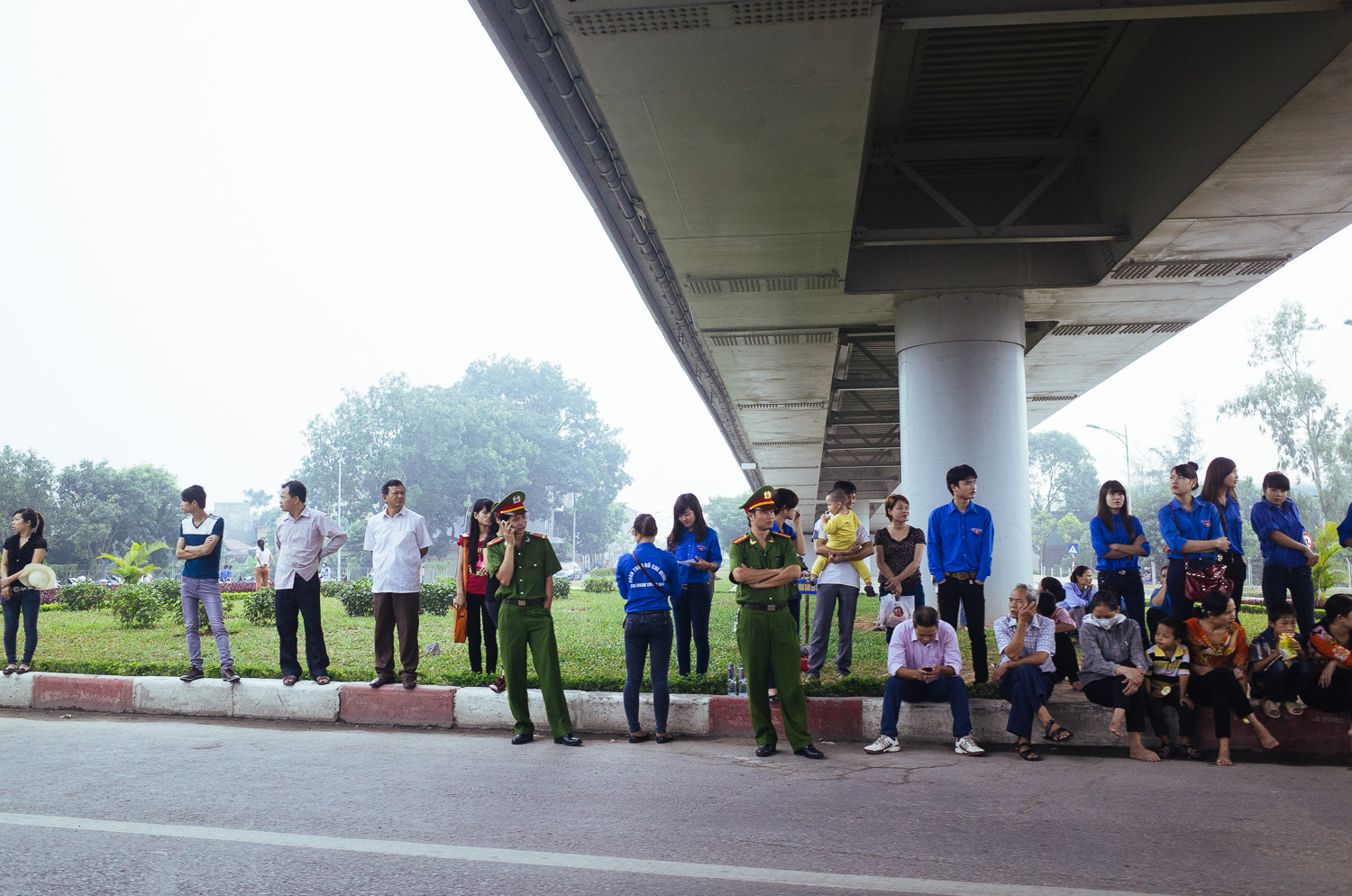 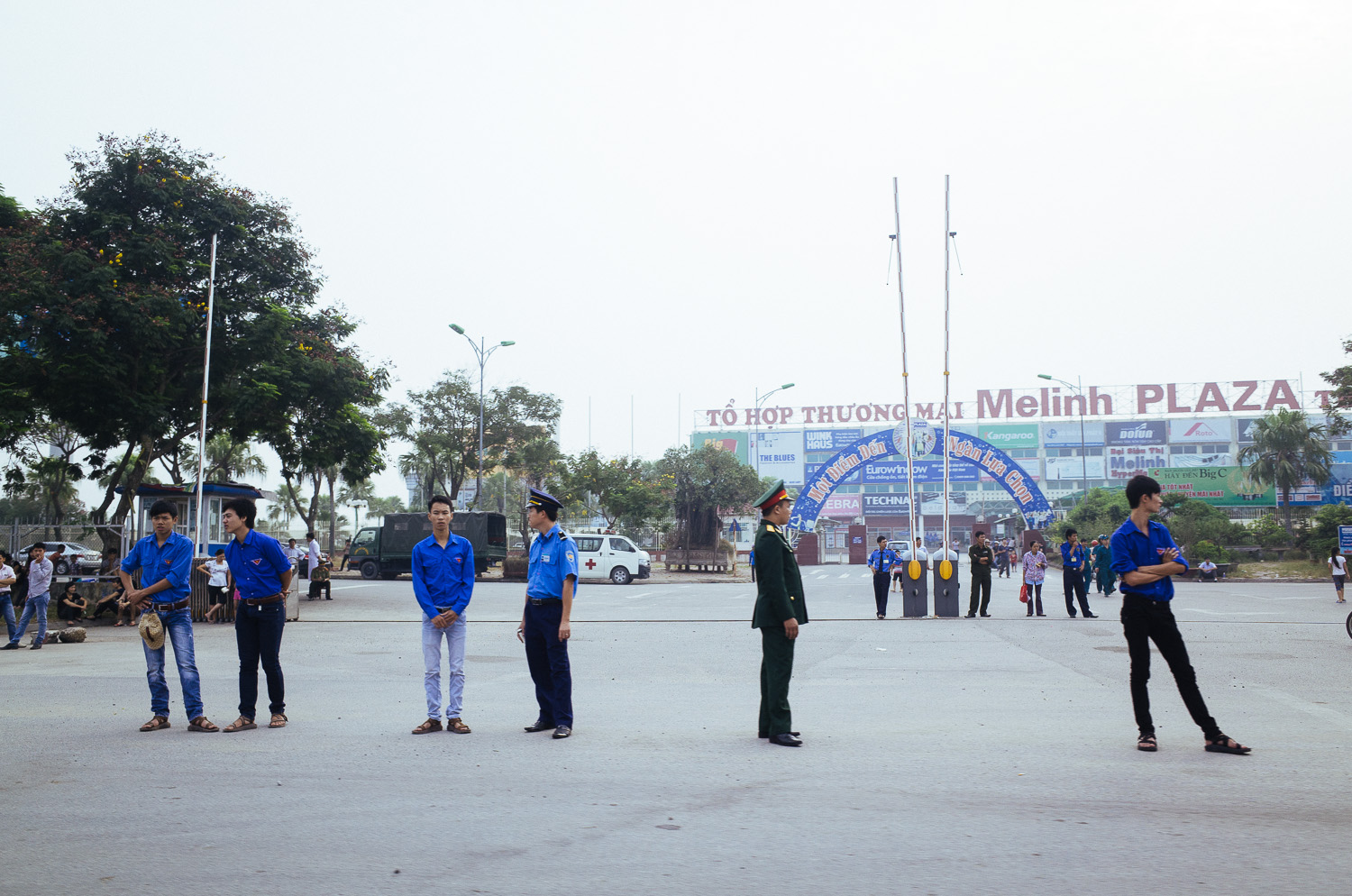 It’s a very long ride to the airport but the road was lined with people even though it was very early on a sunday. I really hate those long taxi rides in Hanoi because of the high pollution of the air. It’s like a taxi ride to the airport in Moscow in winter maybe even worse. Usually I got sick. Sometimes I fight not to throw up. It’s that bad. 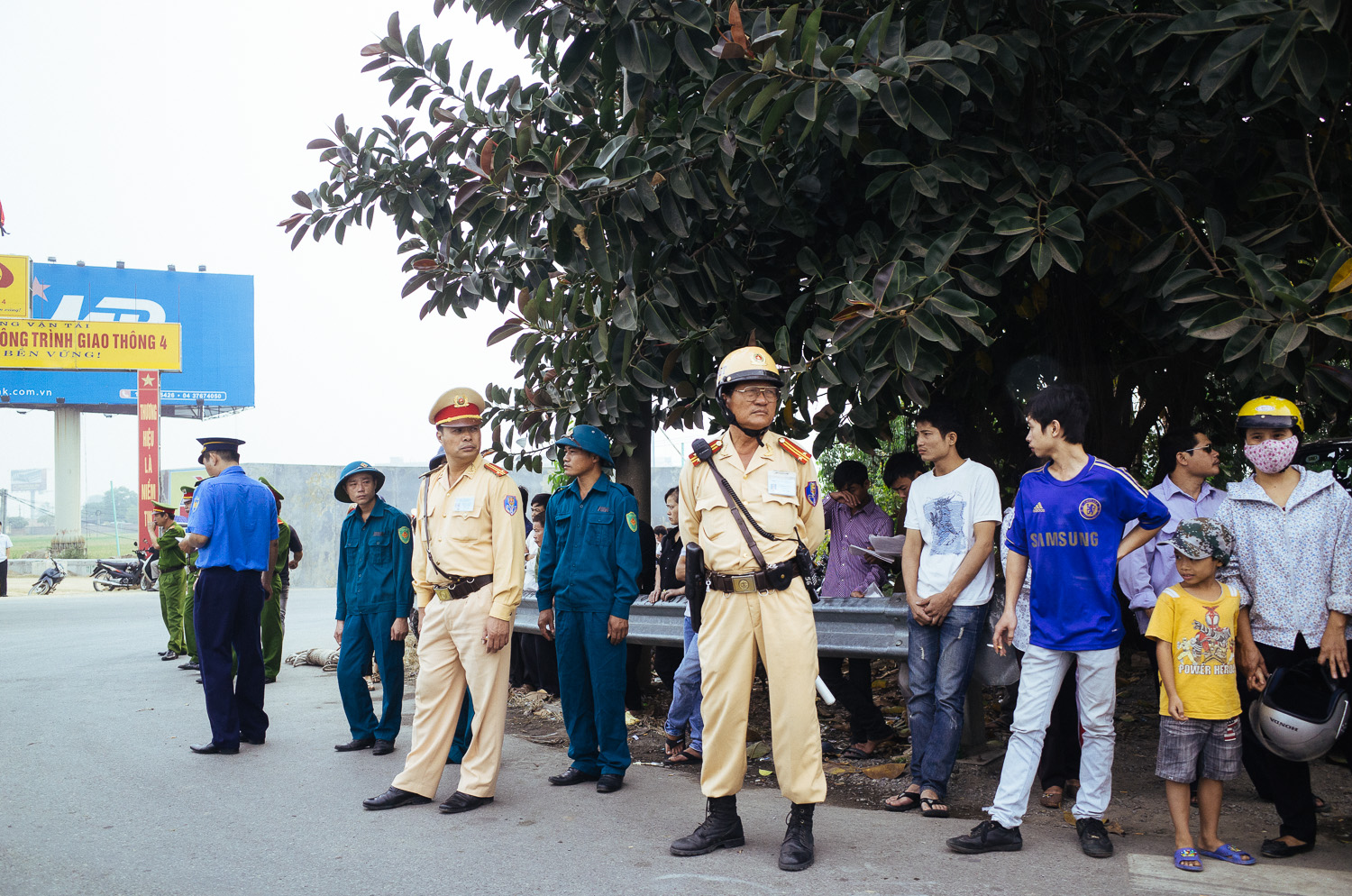 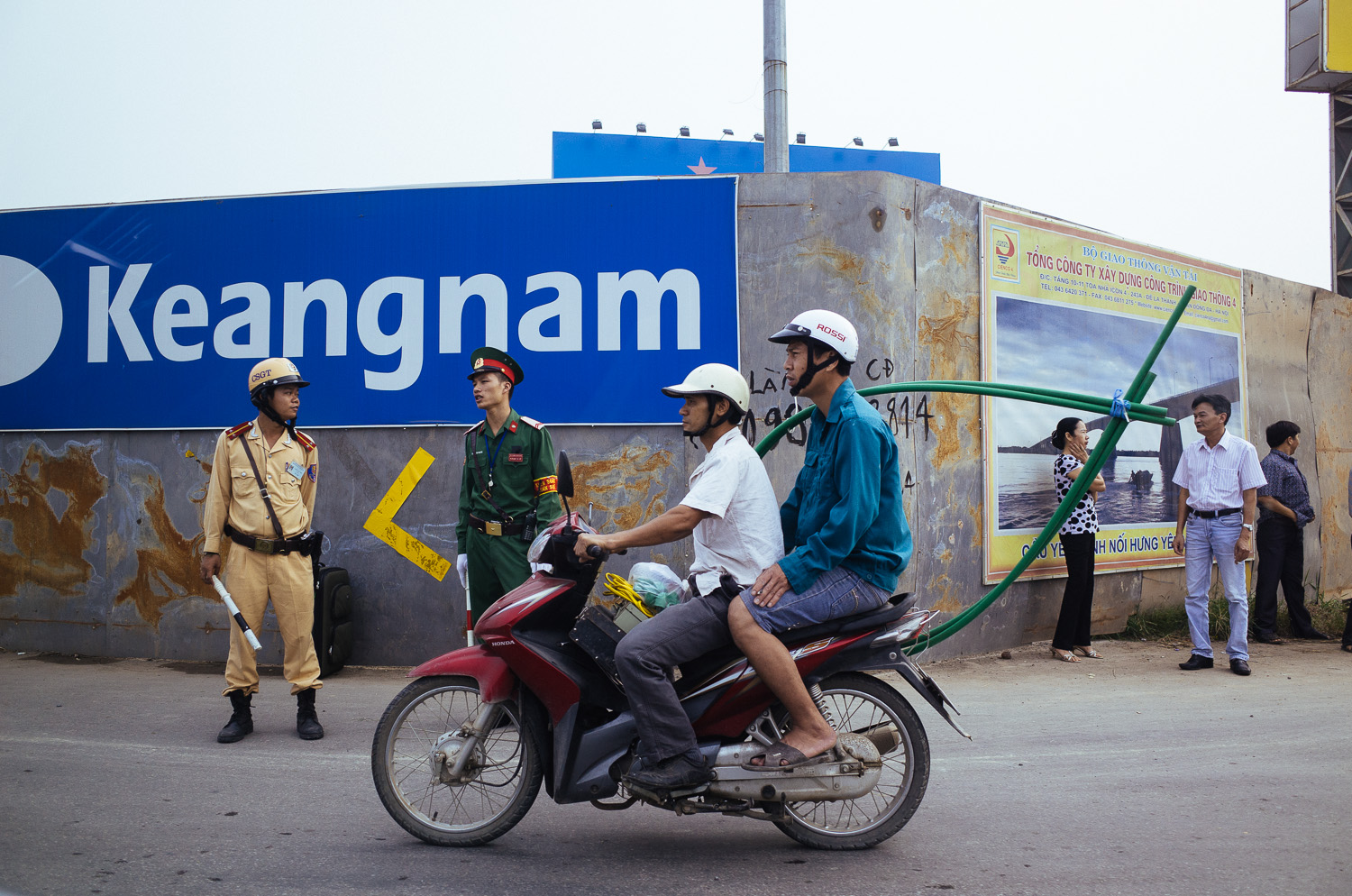 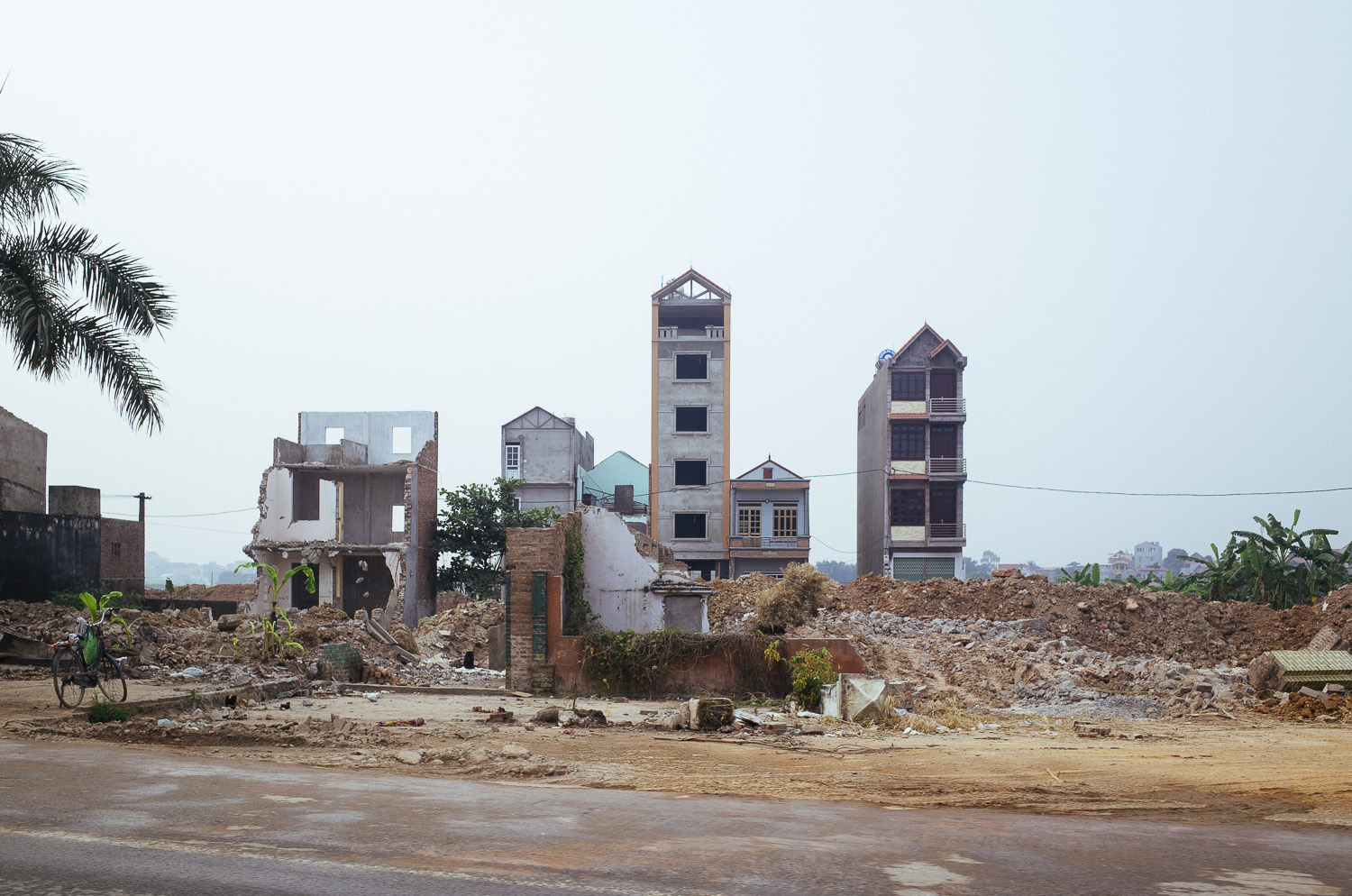 The was struck when I saw the houses above. Luckily I was fast enough to get the shot. Thanks to the GR there is no need to prepare the camera for each and every shot. When in a car I usually set camera to KAV mode. Depending on the light I set a shutter speed of at least 1/500s or shorter and a aperture of f4 or sometimes smaller to allow some DOF.

I also use snap focus by setting distance to 2.5 meters. That usually draws everything in focus from about 2 meters to infinity if aperture is f4.5 or smaller.

I also prefer the GRs 28mm equivalent to the 21mm equivalent of the XF14 lens on my XP1 when shooting out of a car. With the Fuji you need to get closer otherwise more distant objects become too small. 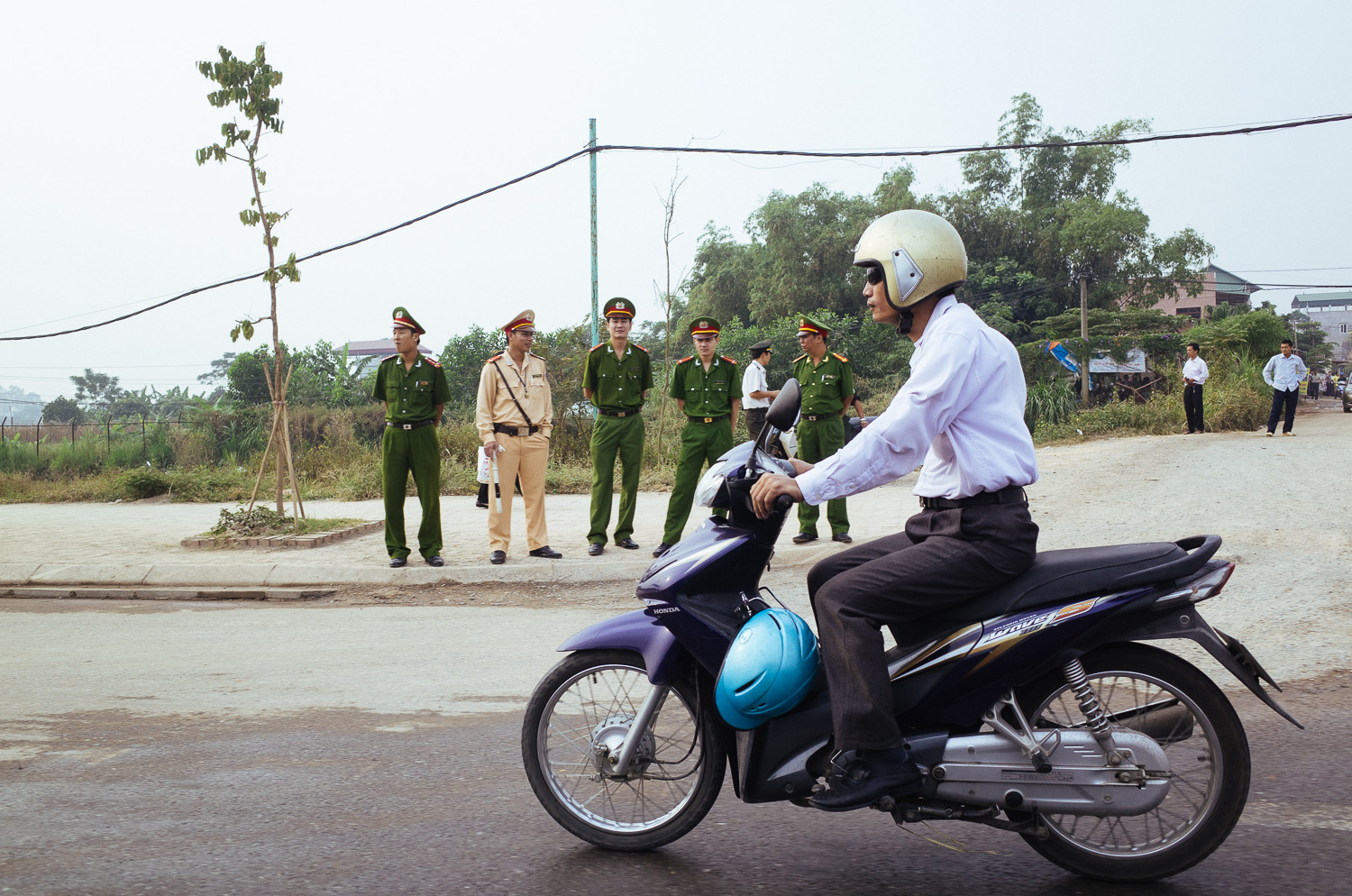 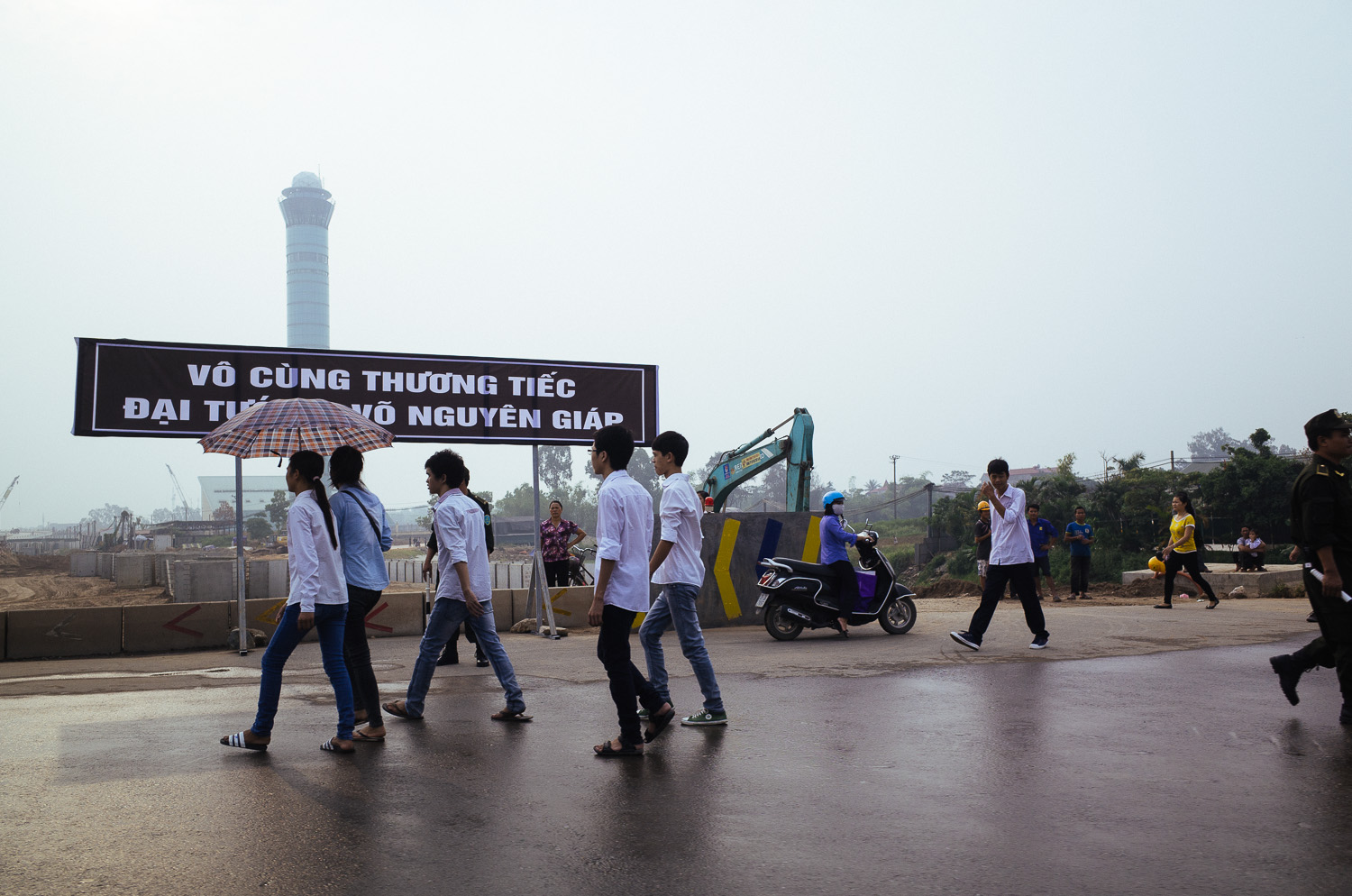 When I finally reached the airport it was even more crowded than it is on a normal day. It was hard to maneuver my luggage through the masses. After check in I bought some cookies but they didn’t taste good.

Every TV set shows pictures of the parade, pictures of the long life of General Giap and the ceremonies. I got the impression that this person was really loved and respected by many, many people. It didn’t look like organized mourning. Vietnam is a communistic country and most people are rather poor but during my visits I didn’t have the impression that the people suffer. The opposite is true. I saw a lot of smiling faces and the young people seem to enjoy their lives. It seems that happiness doesn’t depend on wealth. If that would be the case most people in Austria or Germany or Switzerland or in the other rich countries  would jump for joy all day long but they don’t. 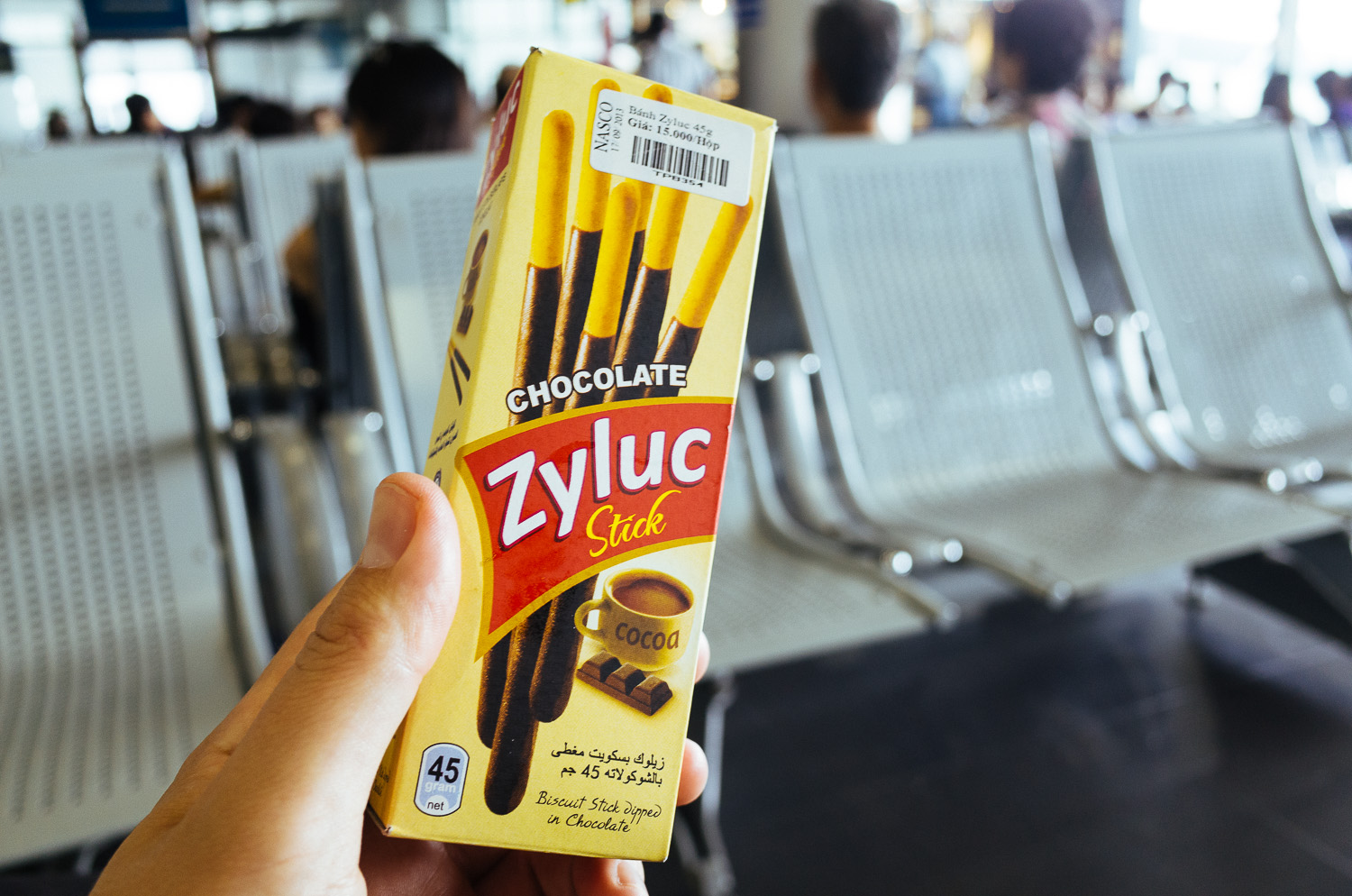