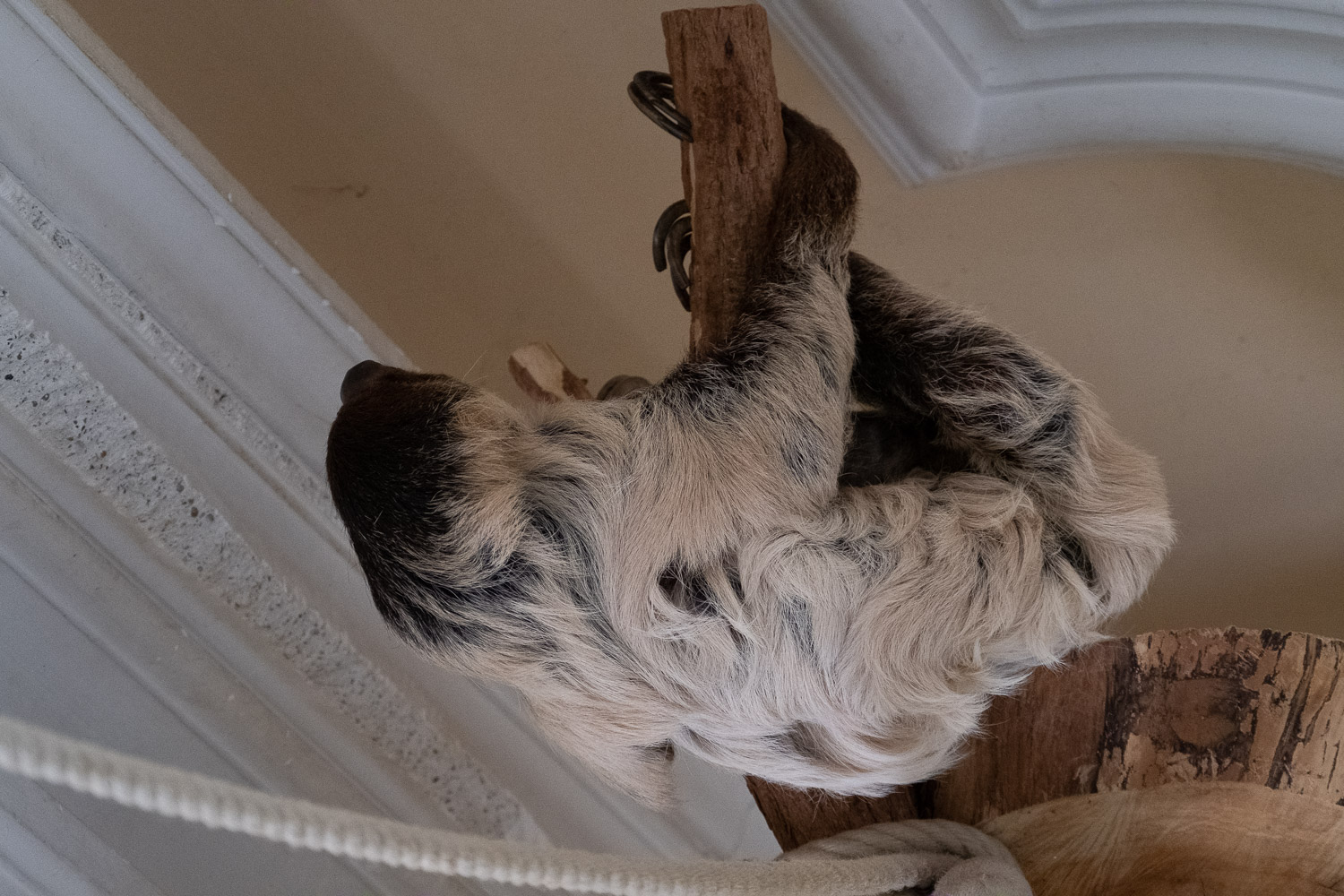 When I shot at the zoo recently I learned that I got a little rusty when it comes to capturing action but at the end I found the perfect subject.

When I was into bird photography I came here often to either shoot the song birds in the nearby park or test new gear in the zoo. Back then my lens was a Nikkor AF-S 2.8/300 ED. A beast of a lens with fantastic image quality. The Fuji XF 50-140/2.8 OIS WR has great image quality too but of course 140mm is a little short even on a cropped sensor. But the lens is sharp wide open and AF is very fast. That I was not able to capture the little panda earlier that day was simply a user error. I haven’t shot birds or animals or any kind of action for a long time. 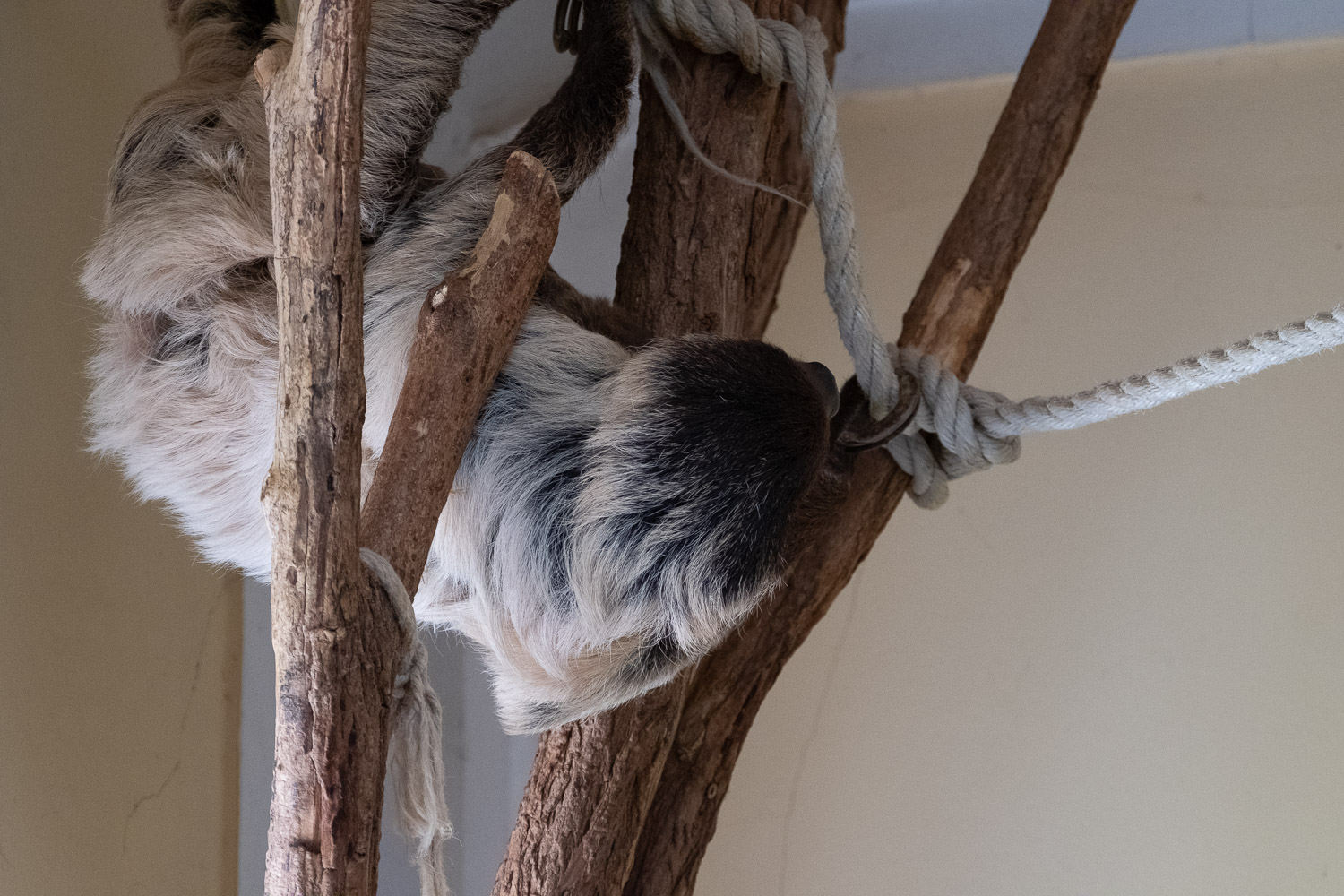 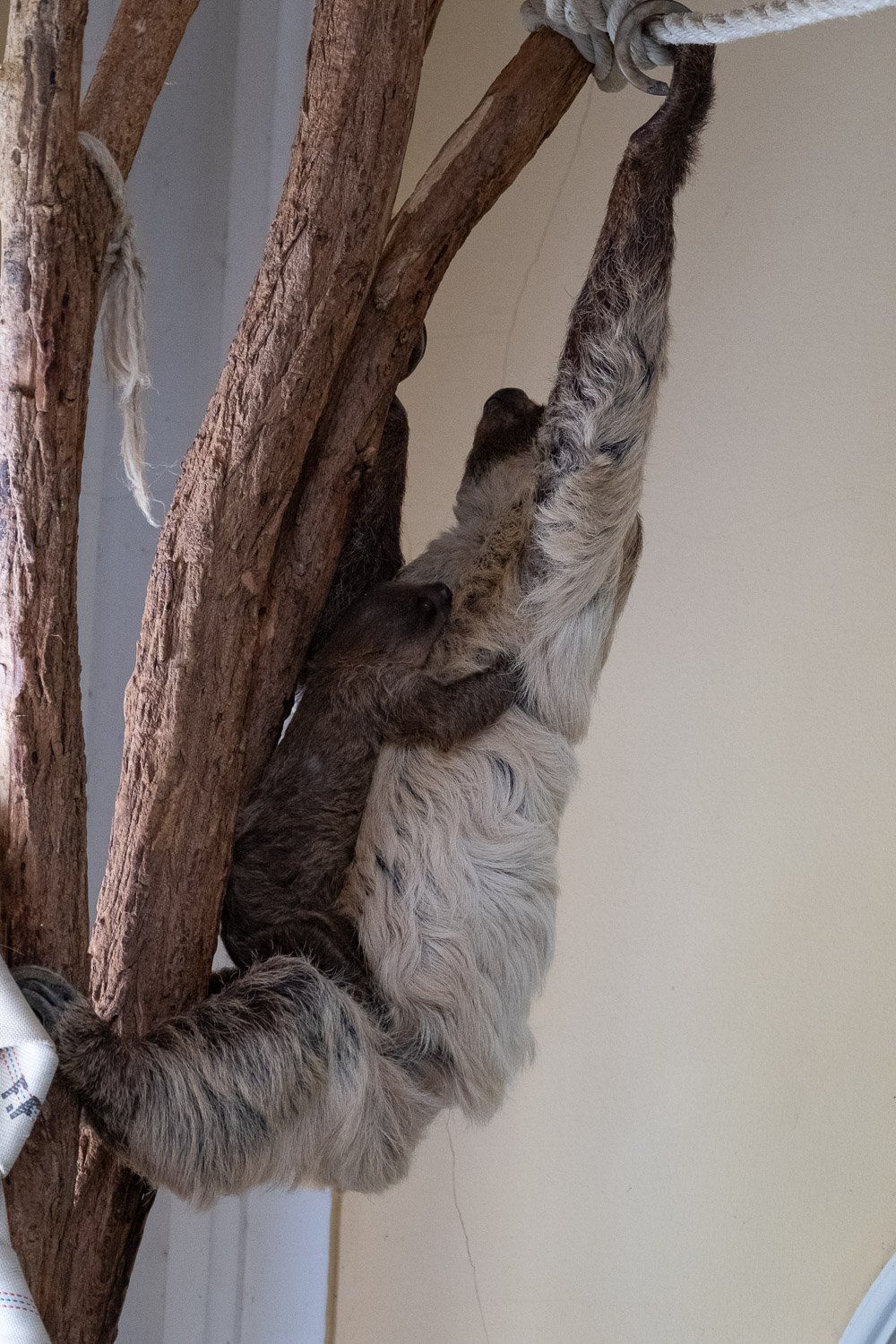 So this sloth was the perfect subject to get a little practice again. And I managed to get some nice shots even though she was on the move. 😉

Ideally I would have shot those images without the converter but there was no time to remove it. And technically there is no need to shoot at 1/200s since sloths are not fast moving animals. So I could have saved 2 stops and shoot at ISO 1.250 instead of ISO 5.000 but honestly that’s not such a big deal anymore. I’m perfectly fine with the high ISO image quality of todays cameras. I wish I had such a sensor in my first digital camera, the Nikon D1. It’s amazing how digital cameras have developed since then. 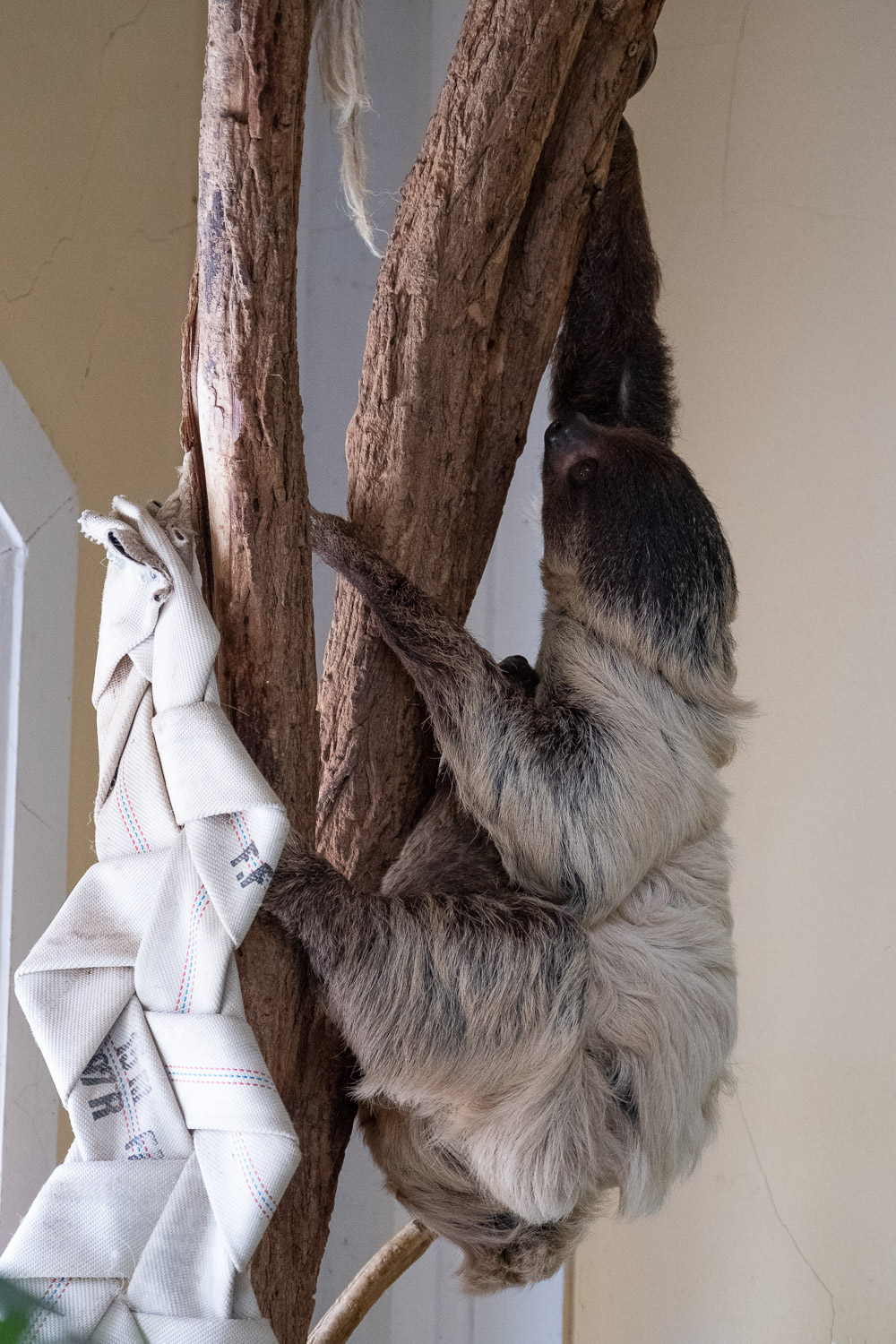 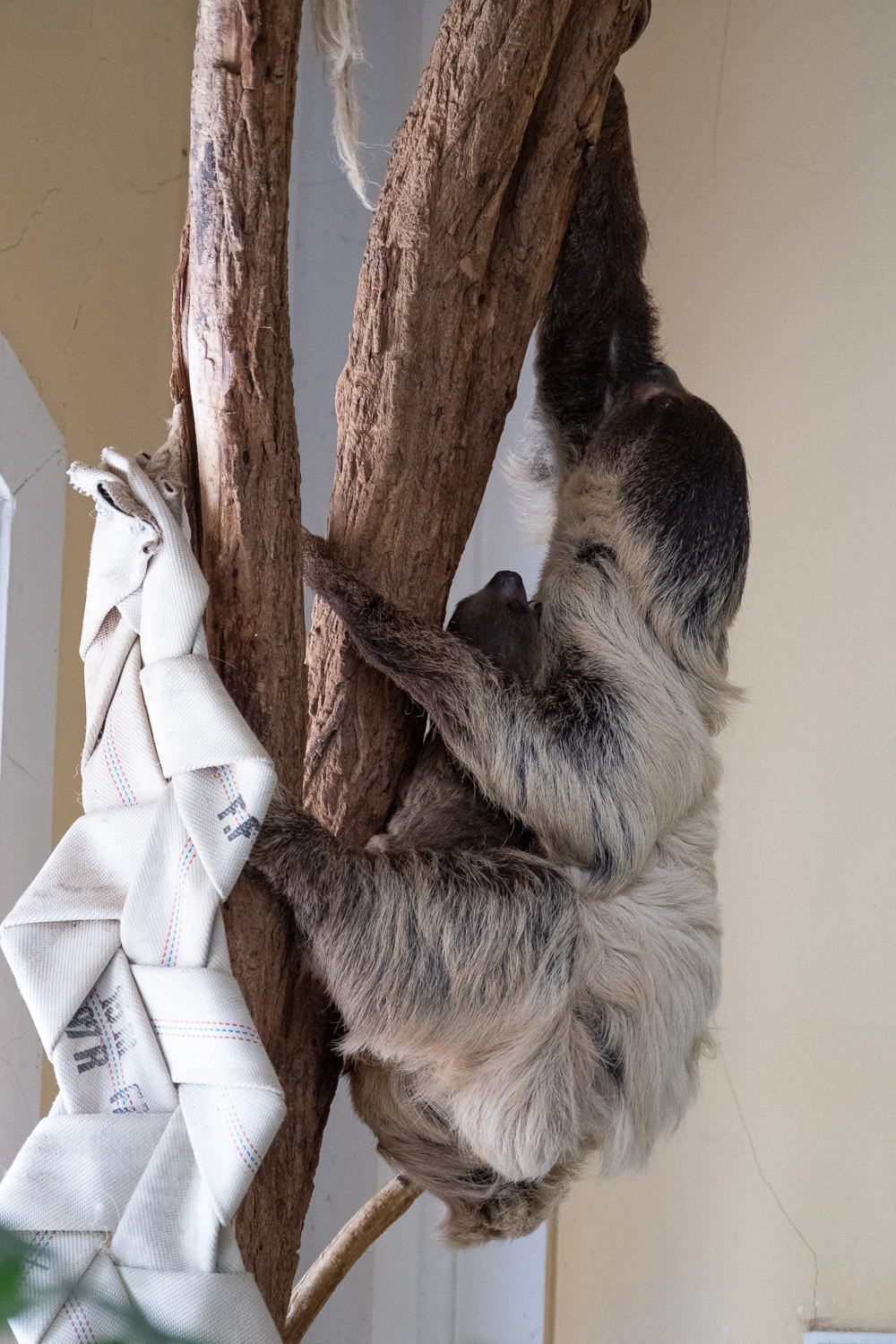 The last time I came here was in 2017 when I checked out my then new Fuji XF 100-400 OIS WR. I meanwhile sold that lens because I hardly used it. If I would enter bird photography again I think I would still try to get a 300/2.8 second hand and adapt it. While tele zoom lenses are convenient they are also very slow regarding their aperture. The new cameras have much better sensors so shooting at higher ISOs is not a problem but there is still one big advantage in shooting a fast lens: much better subject isolation.

Back to mama sloth. When she finally made it to her food I stopped shooting. Even though sloths don’t looked stressed you never know and this one is carrying her young. Thank you for finally providing me with a with a success story! 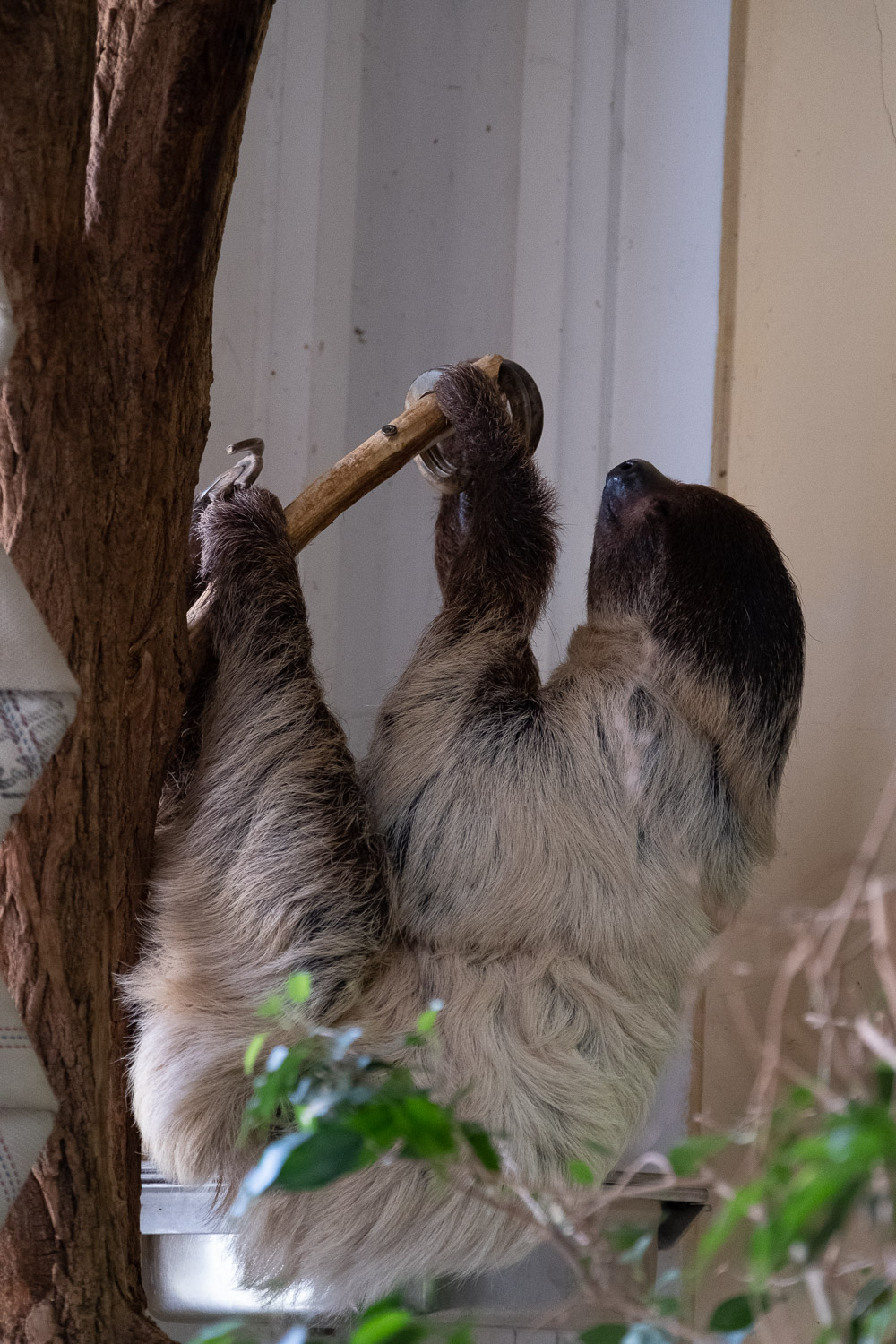