In February 2012 I visited Warsaw for the first time. I was there because of a business trip and I had some time before the taxi would take me to the airport. I visited the palace of culture. It was cold, wet and grey. I was wearing a down jacket and a woollen hat and in my hands I held the Fuji X100.

Fast forward to June 2022. This time I was vacation in Poland already on my way back home. Two days in Warsaw. It was hot. Even in the evening the temperature was well above 30 degrees Celsius. We visited the palace of culture the day before and I already re-took my shot from 2012 but was not happy with the colours. Since our hotel was practically next door we went there one more time for dinner and after dinner I took the shot again now in perfect evening light.

My camera: from Fuji just like 10 years before. This time my X-Pro3 with the XF23/2WR. I searched for my old blog post on my iPhone to ensure that the new picture will look exactly the same.

The title of my picture: East meets West. The palace of culture (a gift of Josef Stalin for the people of Poland!) as a symbol of communism and the Hard Rock Cafe sign as a symbol of the West. Even though the West has won a long time ago there is a war raging right now just across the border because one man wants to restore the USSR. 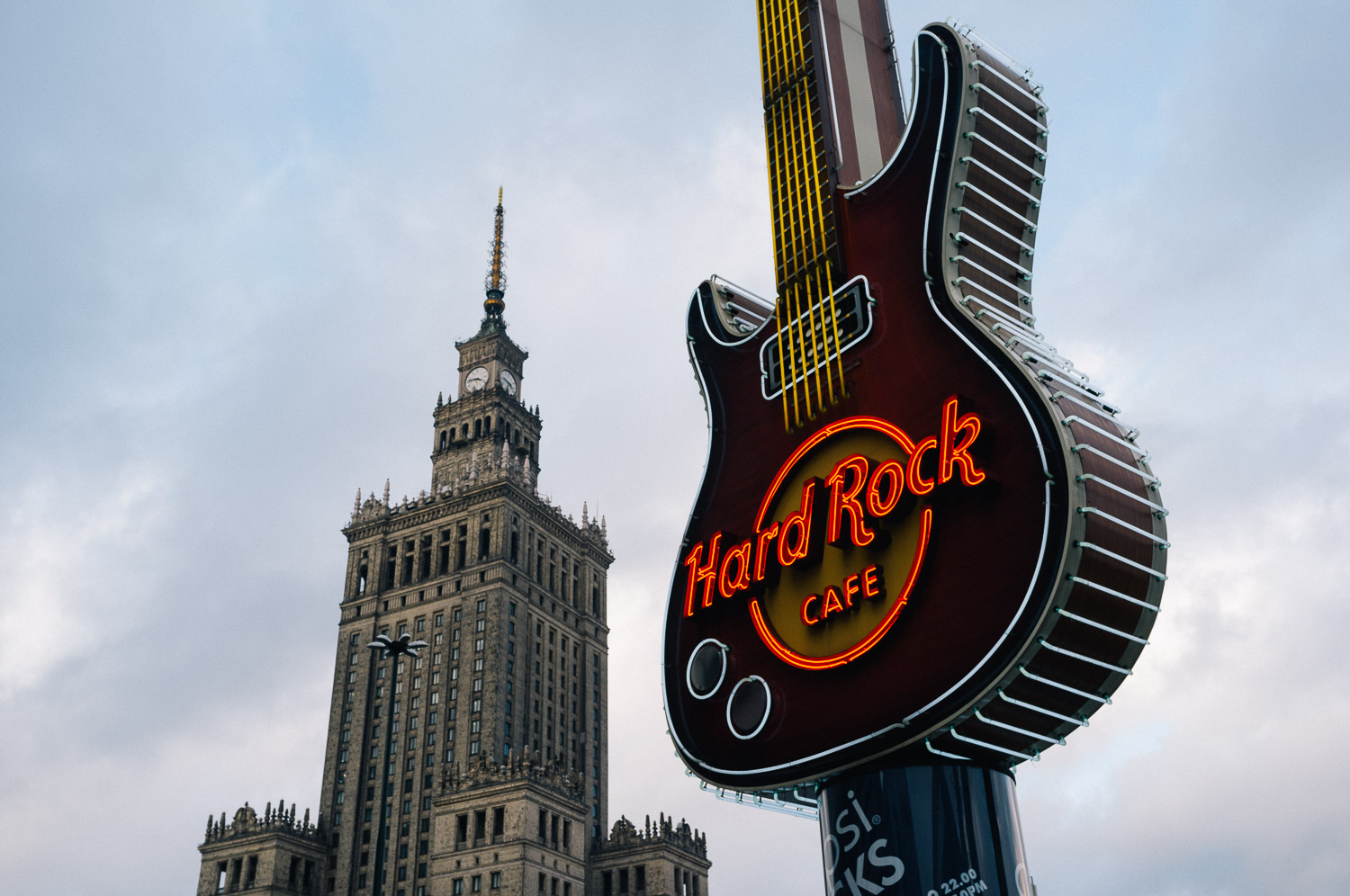 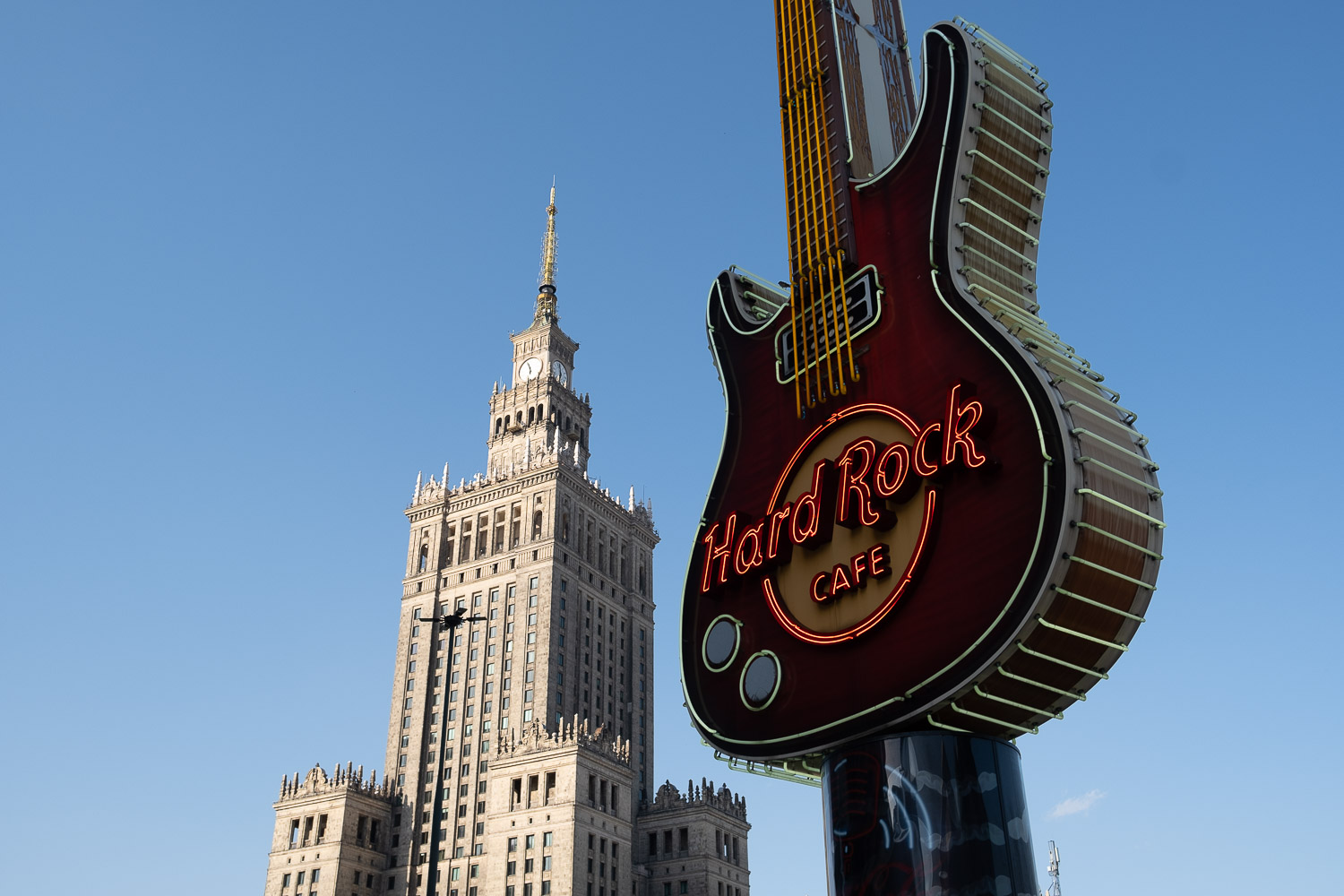