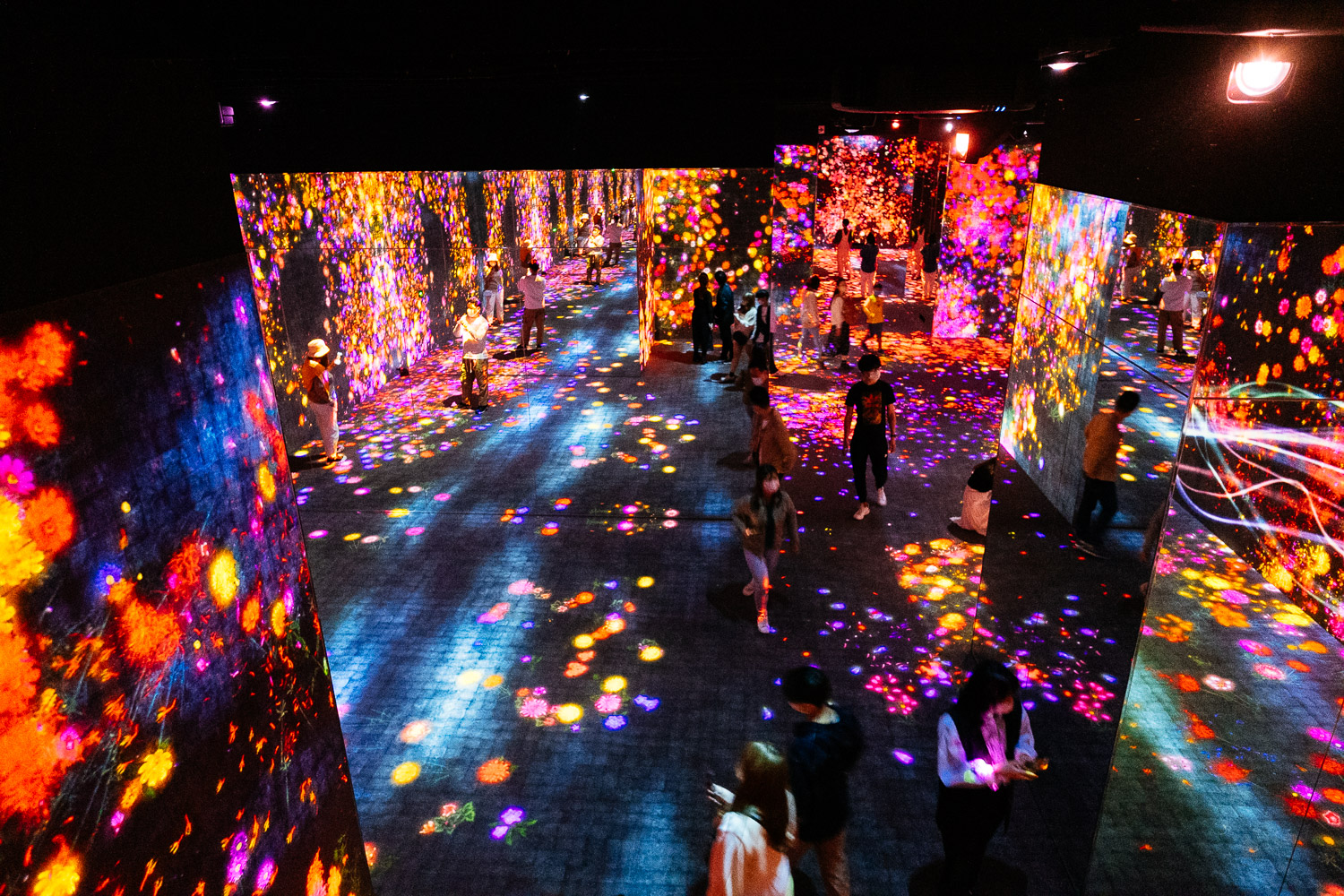 I never thought that I could use this song for a blog post title. Thank you, Japan!

Tokyo, Japan is full of weird things. I think it is because of the size of Tokyo. The population of California in one big metropolis means that there is an unlimited amount of customers so even the smallest niche can thrive. And because the Japanese are a little crazy but in a good way.

Which brings me to teamLab borderless. A place that I finally visited this May after Japan opened up for business travellers and students again for the first time since the start of the pandemic. 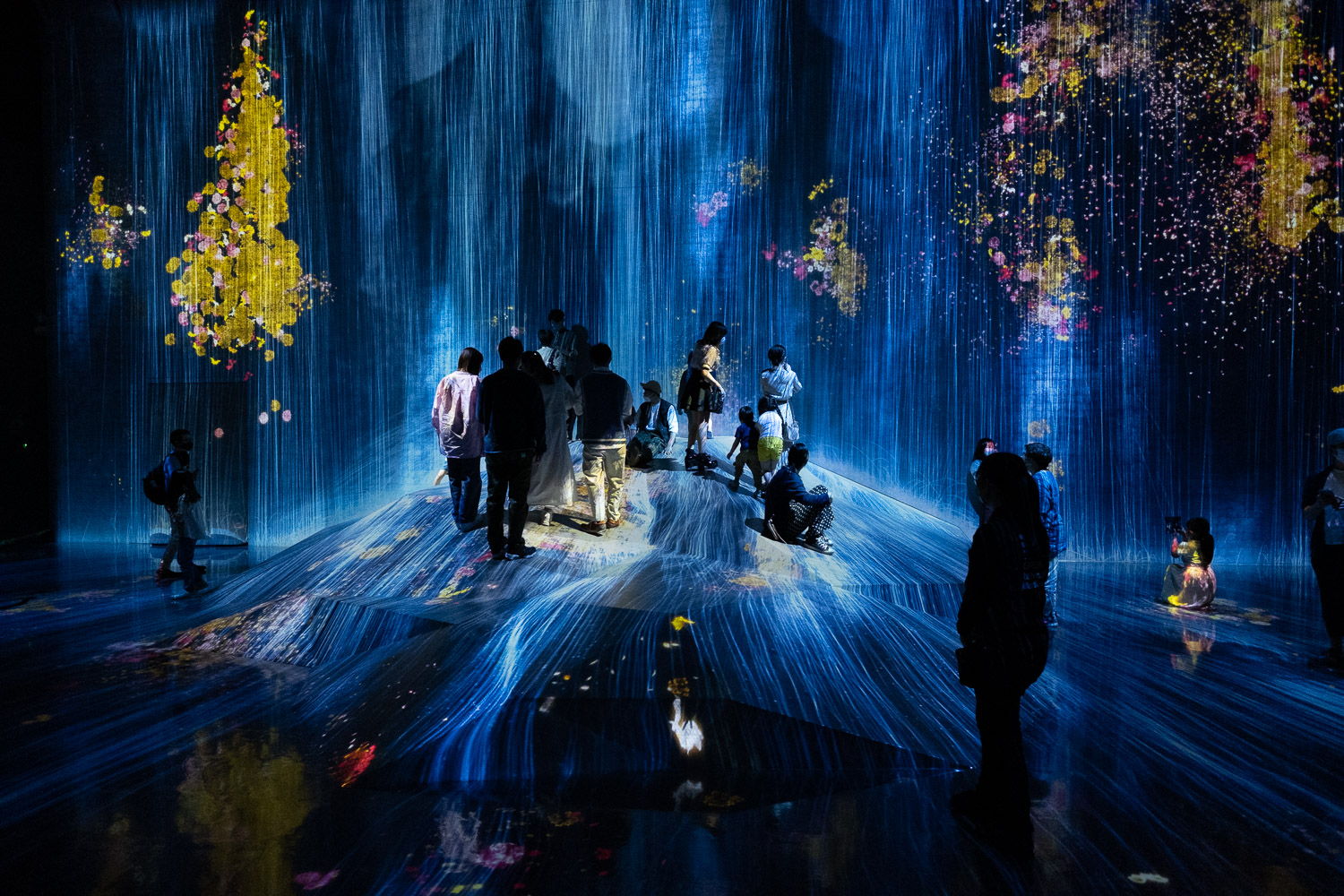 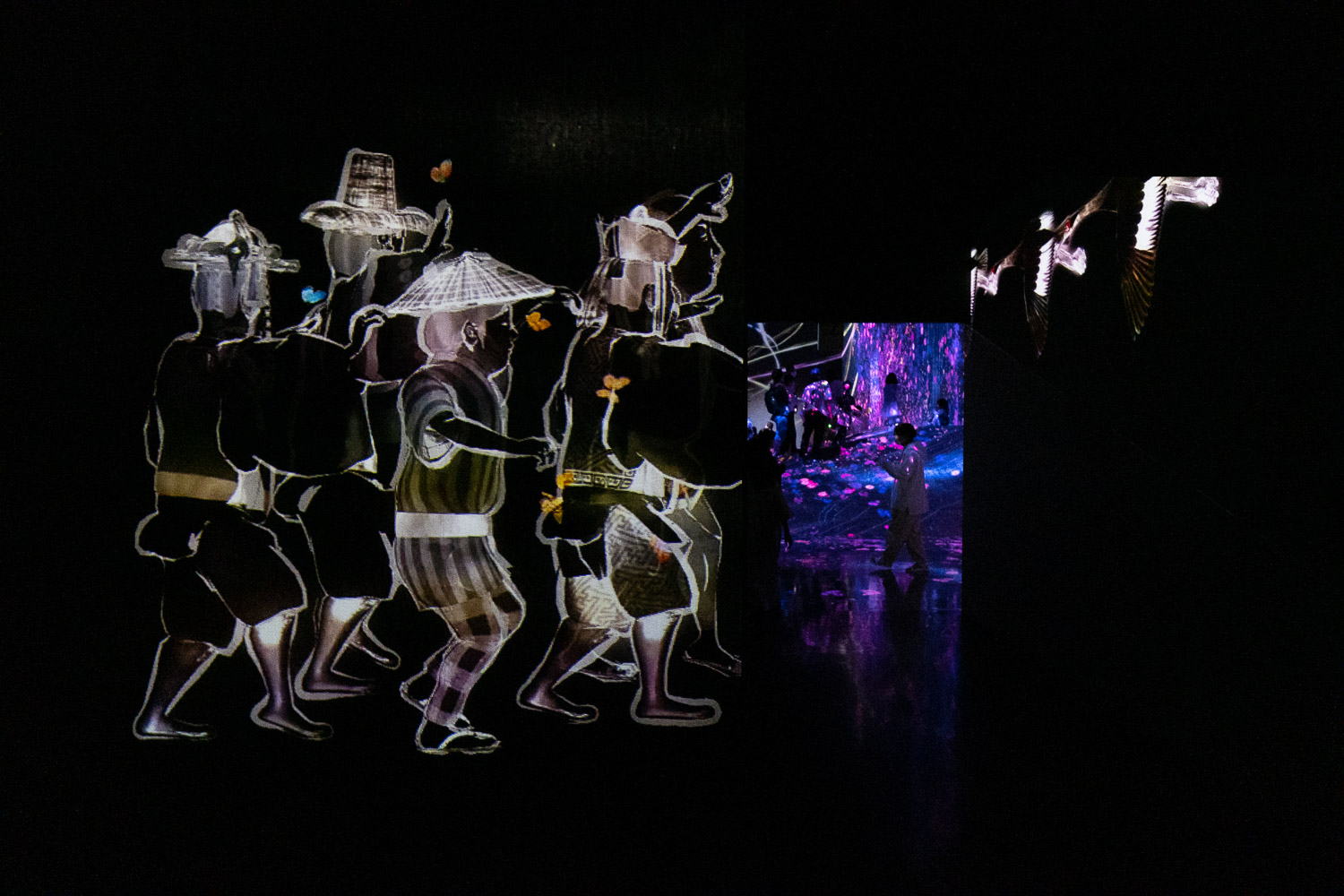 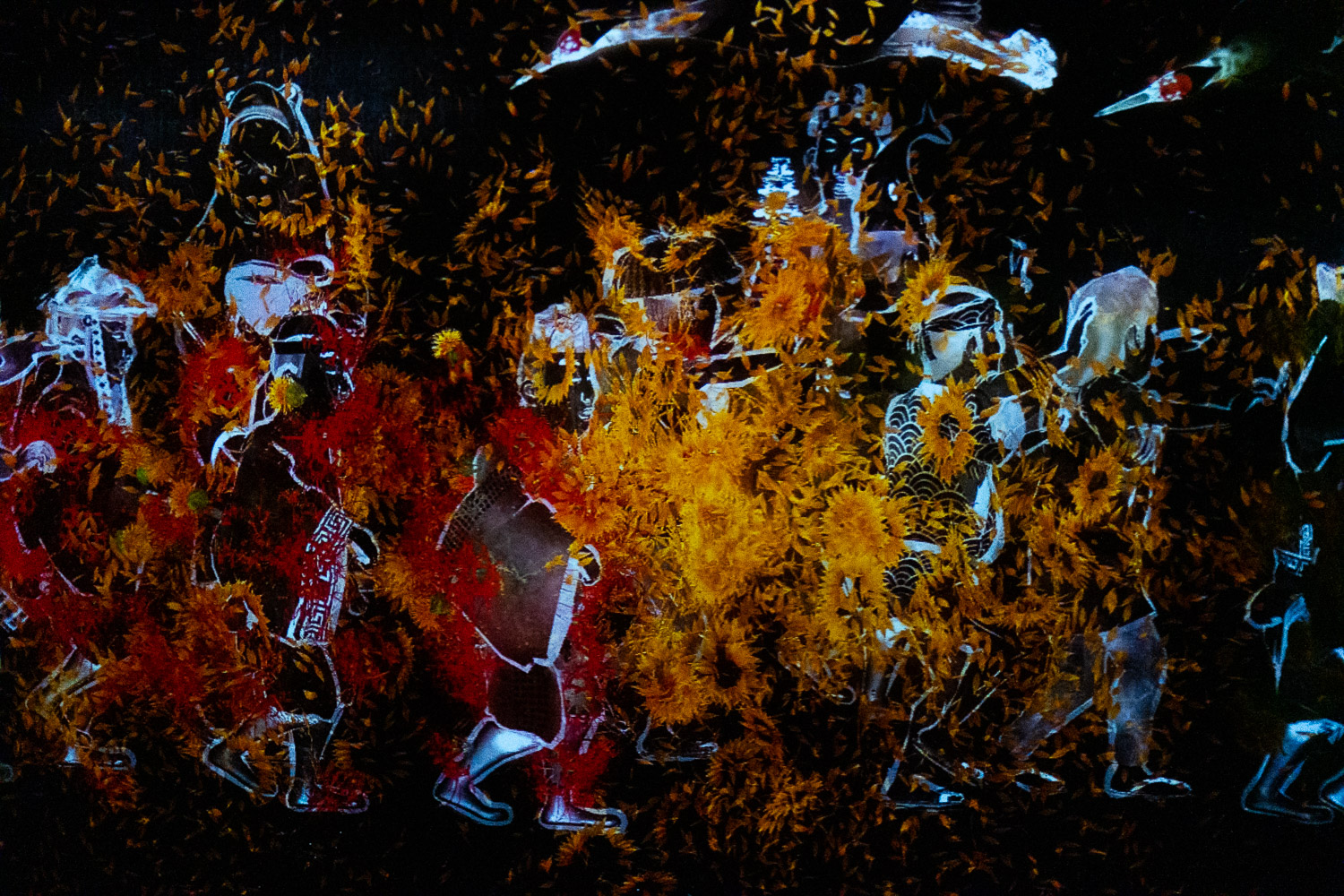 What is teamLab borderless and why should you see it? Officially I think it is best described as a museum but instead of paintings, old artefacts or stuffed animals it is a kind of video installation?

I’m still not really sure what this is about. According to the artists they wanted to create a beautiful, borderless world. If that was their intention I think they were successful. It’s beautiful and there are no borders.

There is also barely any light beside the projected art and there is no map or floor plan. As a consequence you stumble around in what I imagine an LSD trip would look like. So here you have the title. 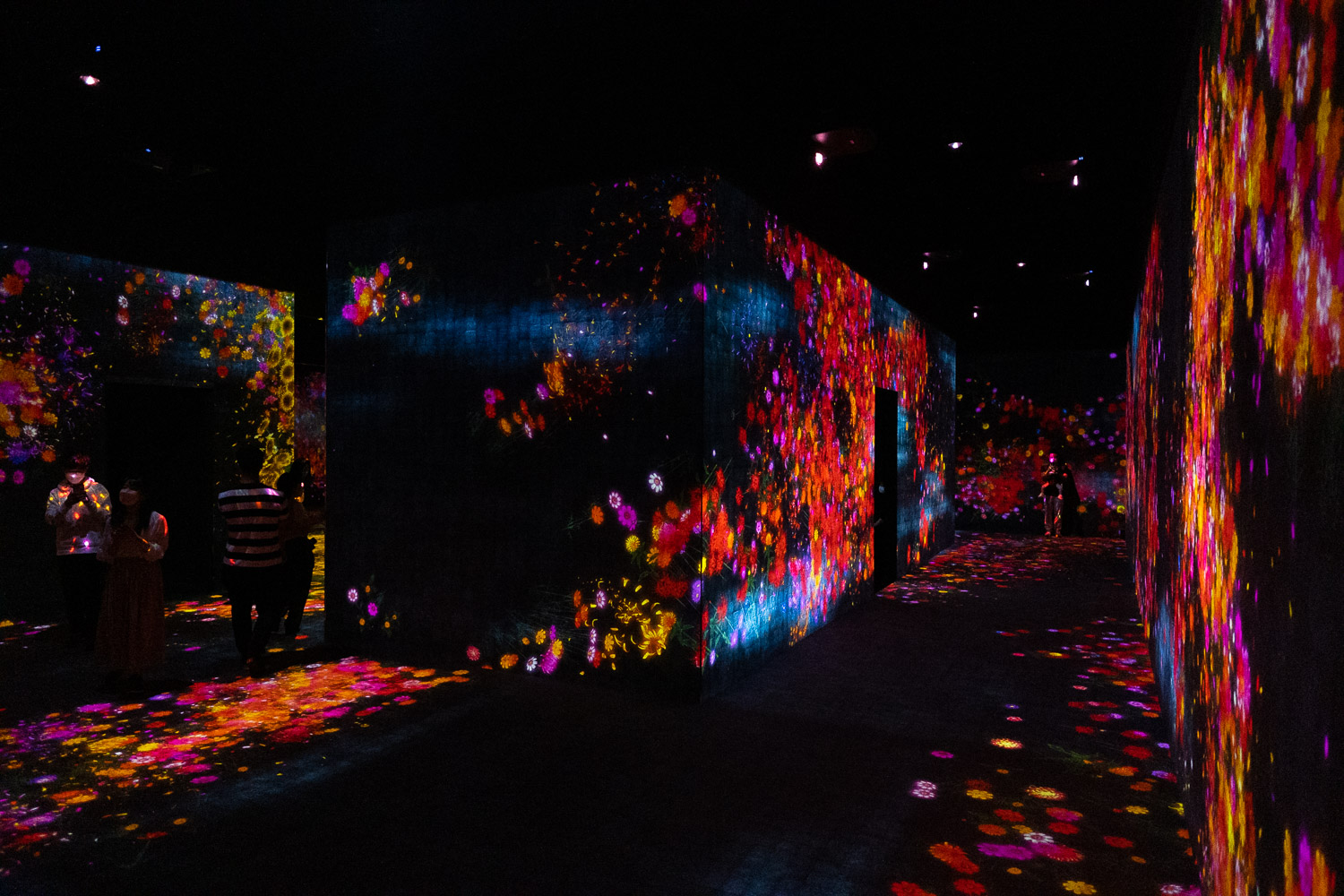 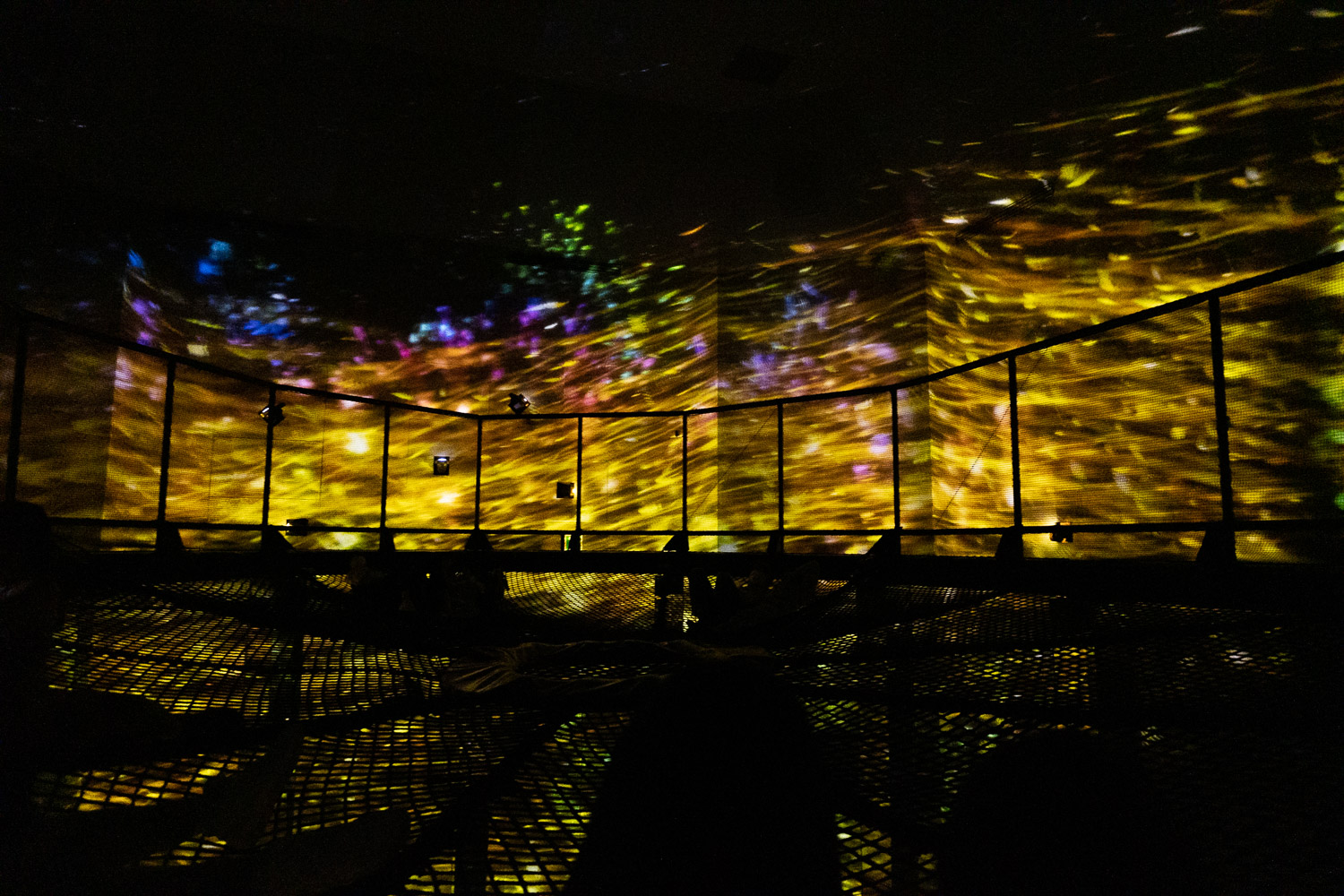 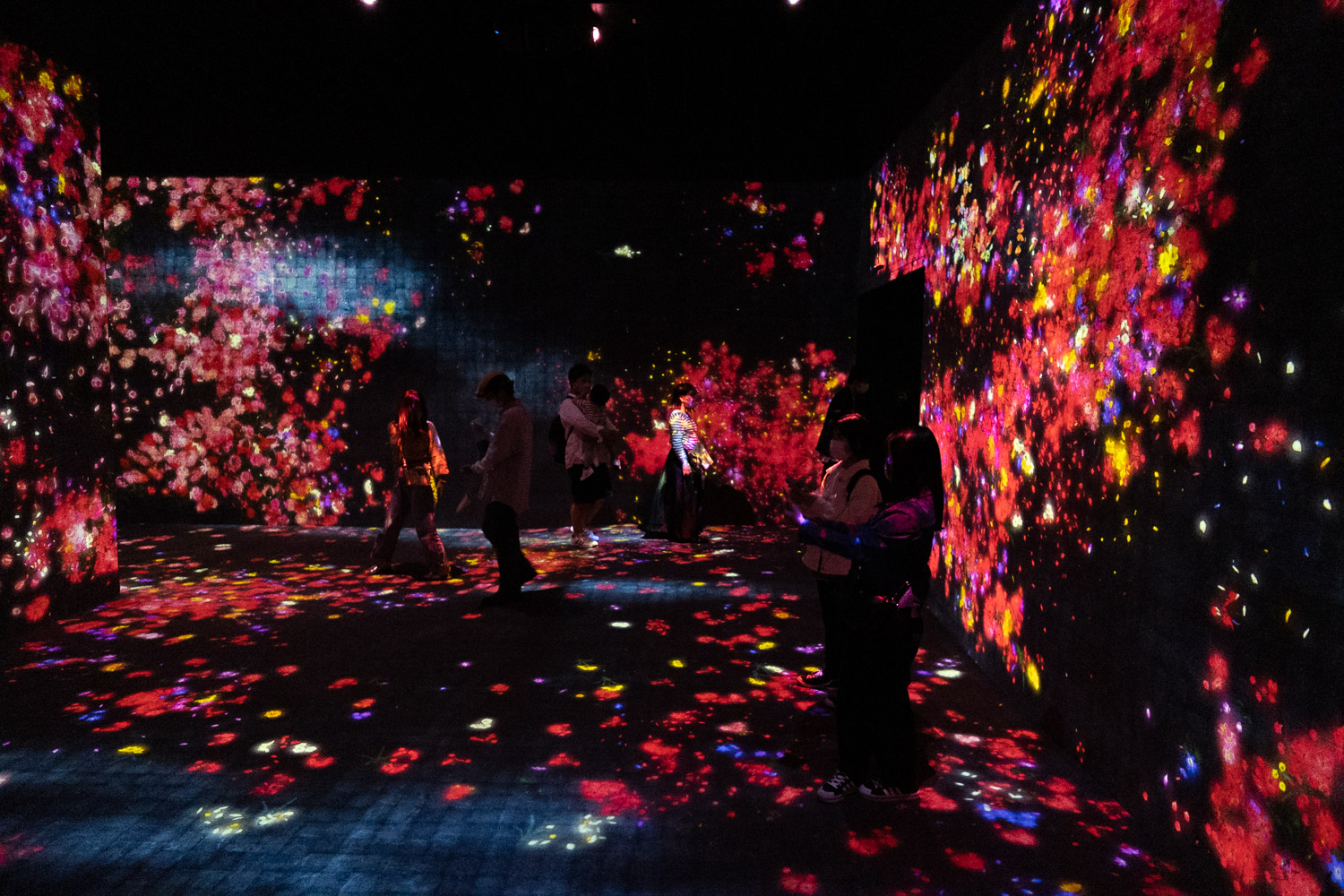 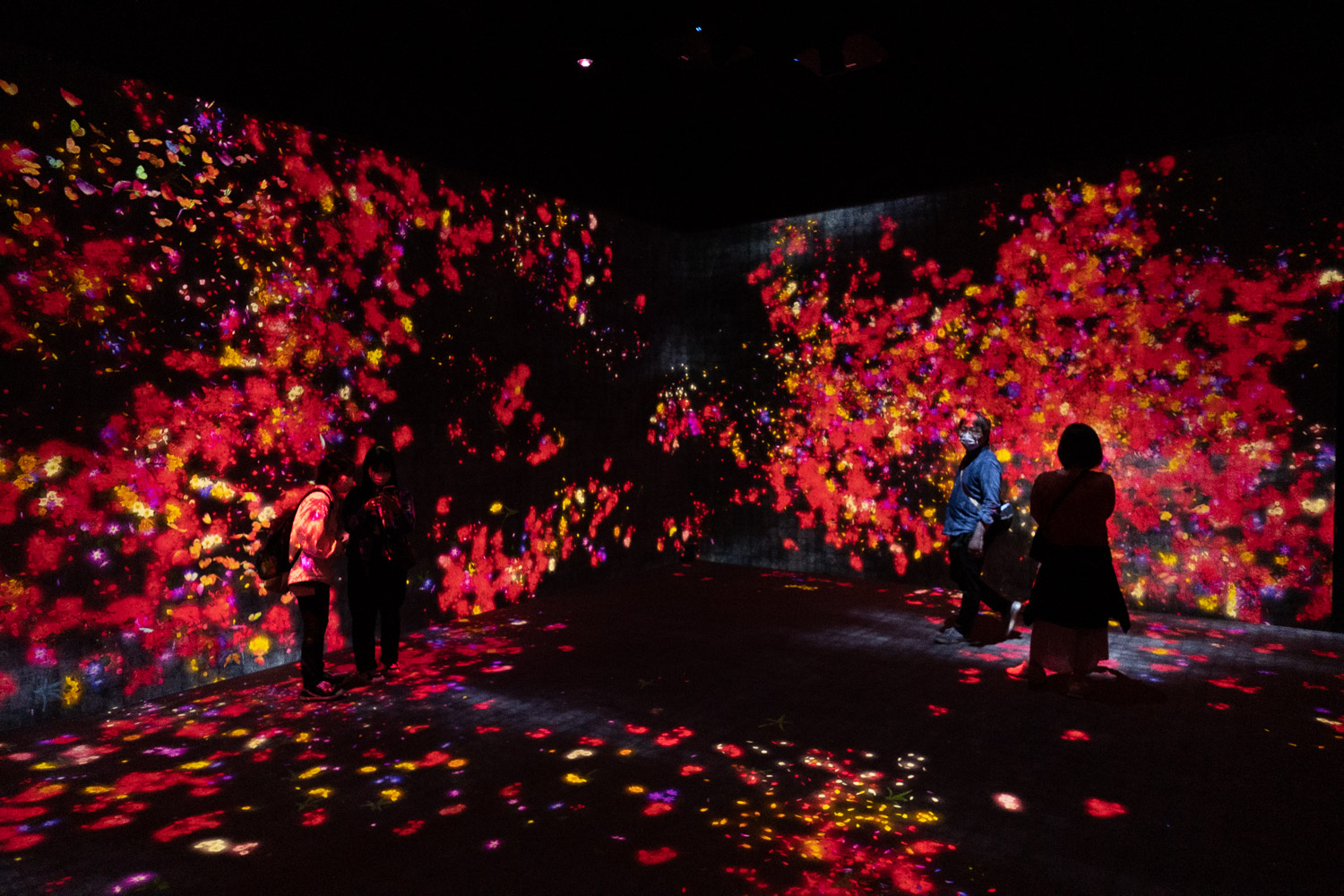 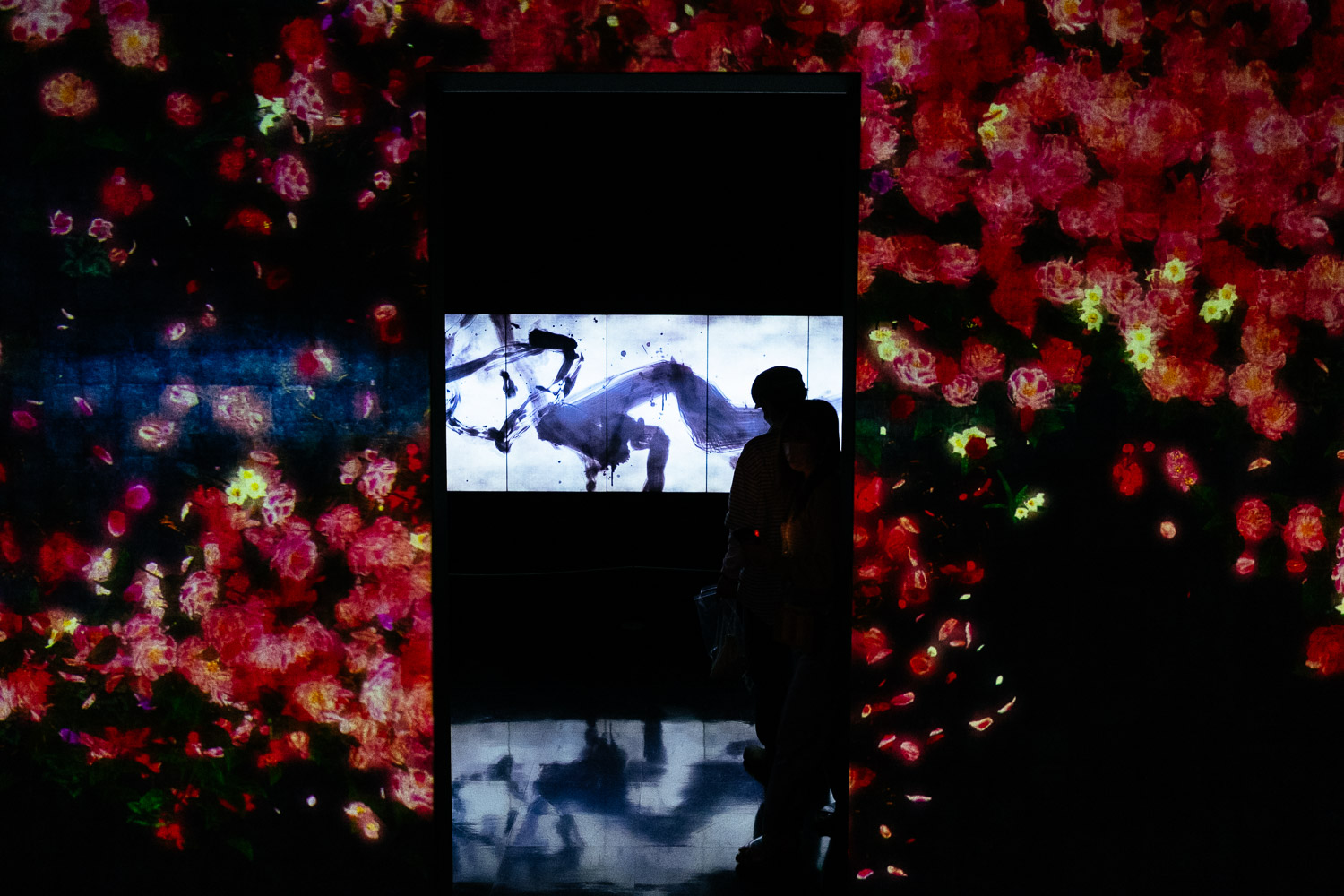 Normally this location is overrun by tourists but since tourists are still not allowed to enter Japan I thought it would be a good opportunity to go there without the need to reserve my slot days in advance. I just went there, bought a ticket and entered after a very short wait. It’s true that there were no tourists but this was the end of the Golden Week. The Golden Week is a couple of holidays at the beginning of May for which the hard working people in Japan decided to combine them to a week where they don’t work. In a land where longer holidays are an unknown concept this is the opportunity for the people to meet friends and family, go on vacation or to experience one of the many attractions that the country has to offer.

So while there were no tourists the place was busy. It was fine when I entered but it got very crowded quickly. I always thought that I had a problem with crowded places but when I first came to Asia I found out that I was able to adapt and that I didn’t feel uncomfortable when surrounded by people. But after two years of Corona things had changed. This was my first business trip and my first trip to Asia after two years of home office and self isolation. I haven’t visited a cinema for two years but the day before I was in a metal tube with 300 strangers for 14 hours and now I was in a dark museum with hundreds of people. I think it all went too fast. From zero to 100. It felt strange. 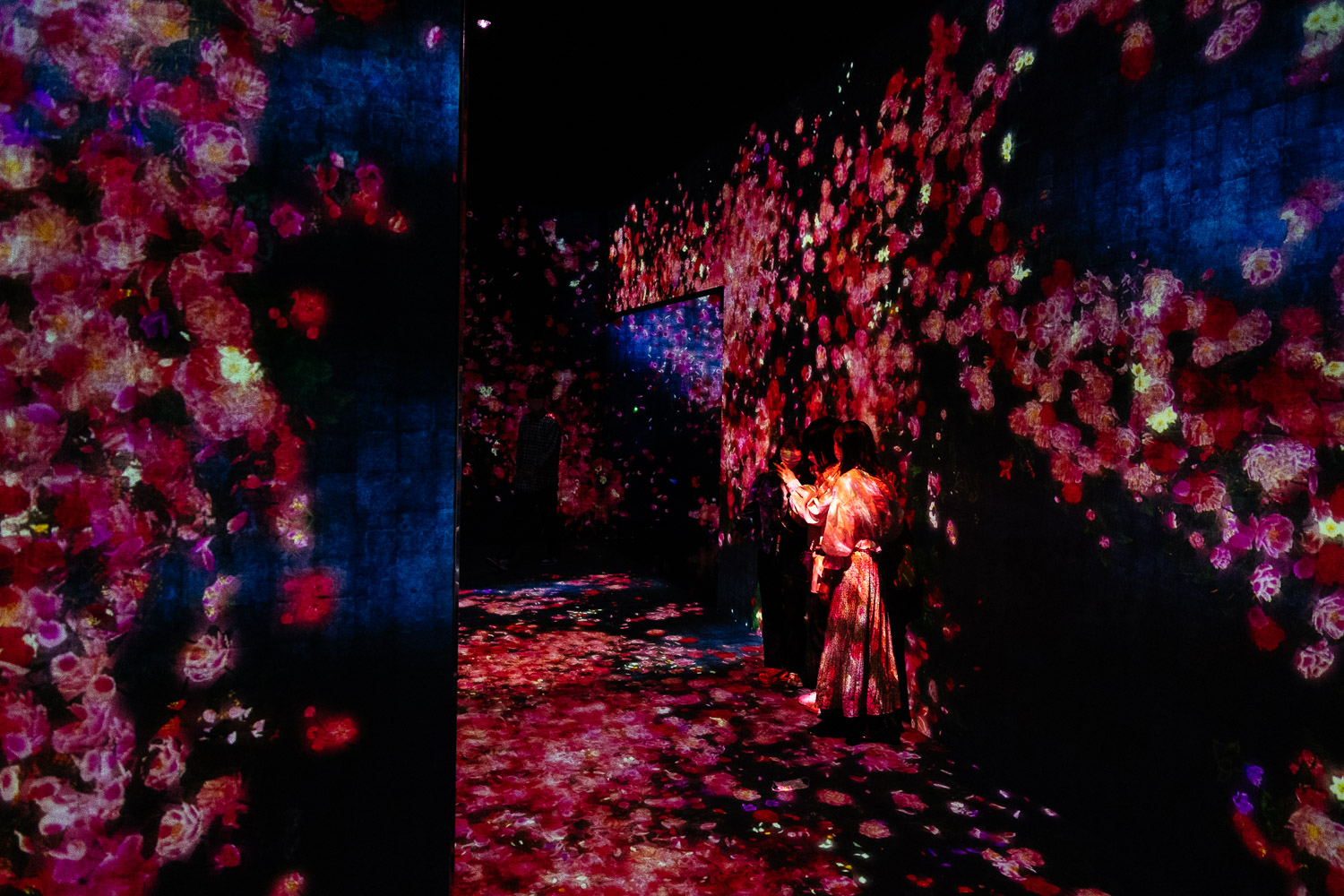 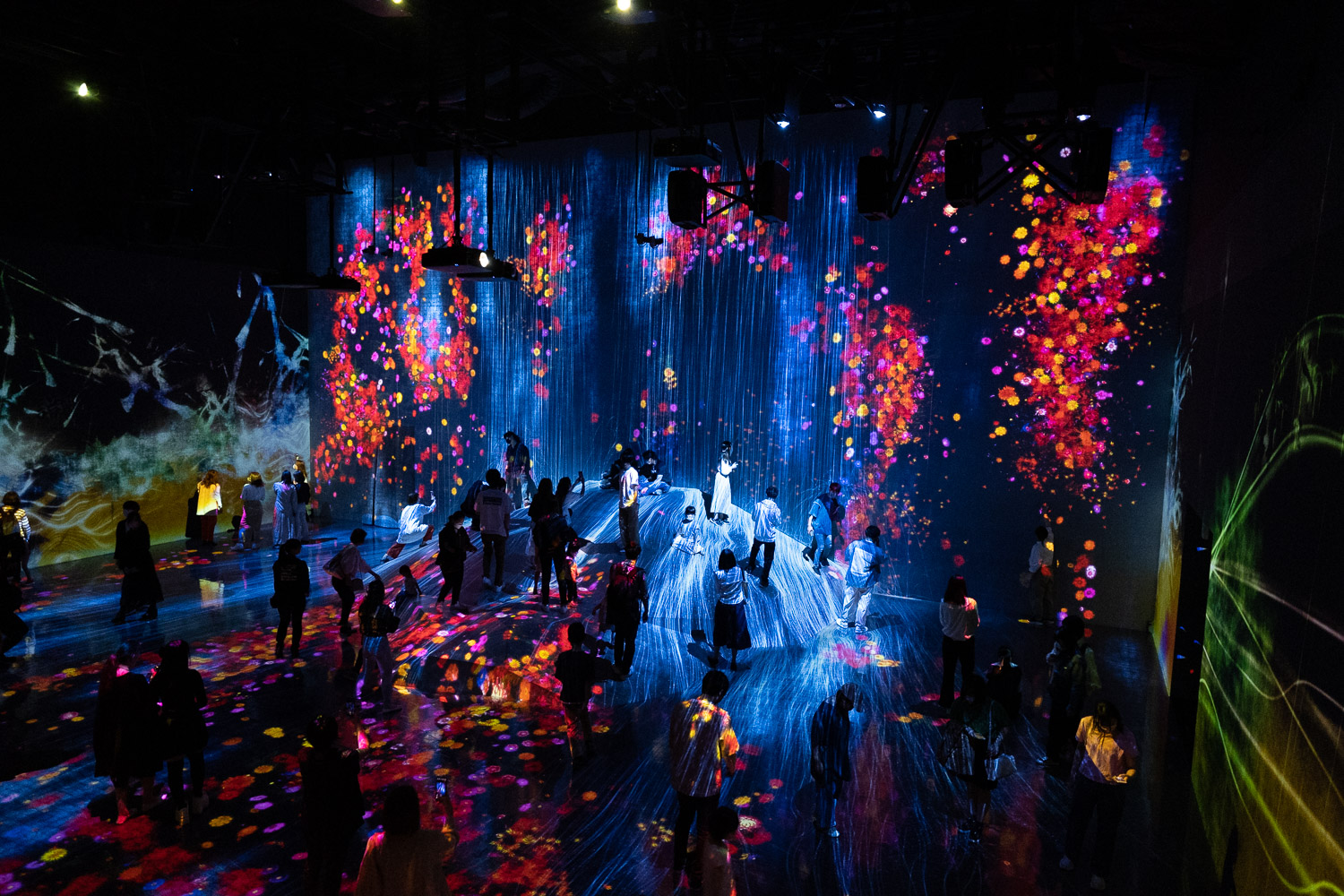 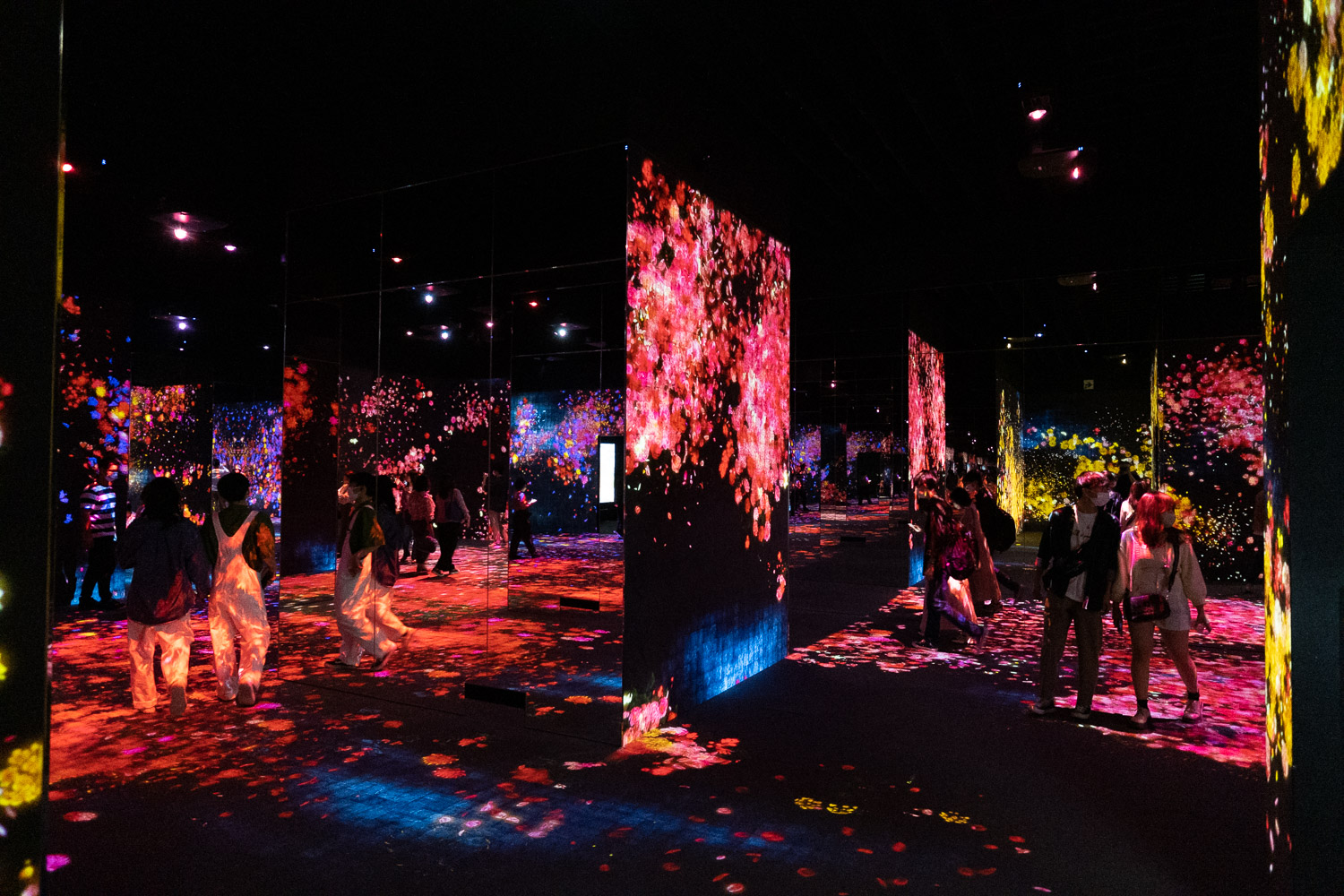 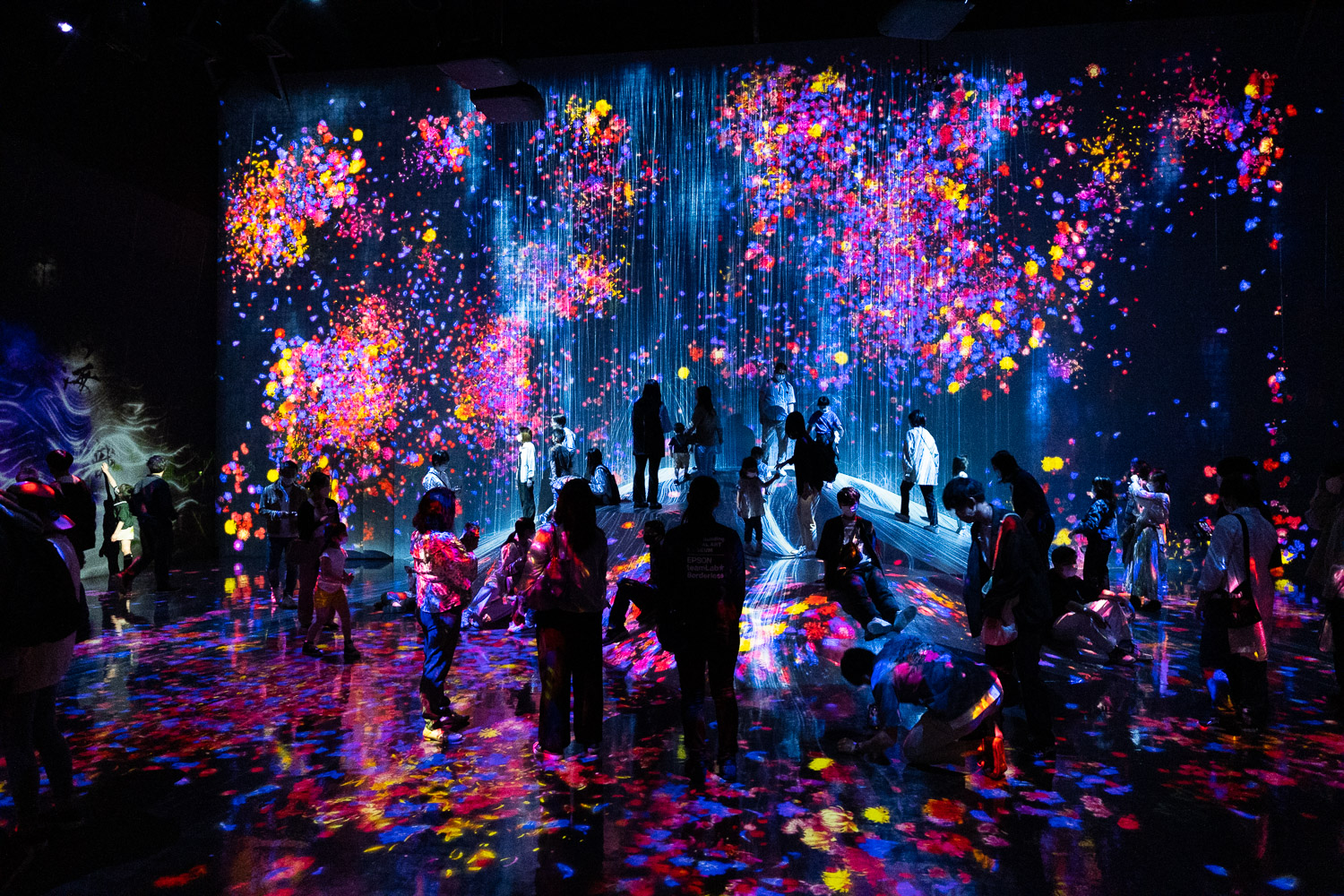 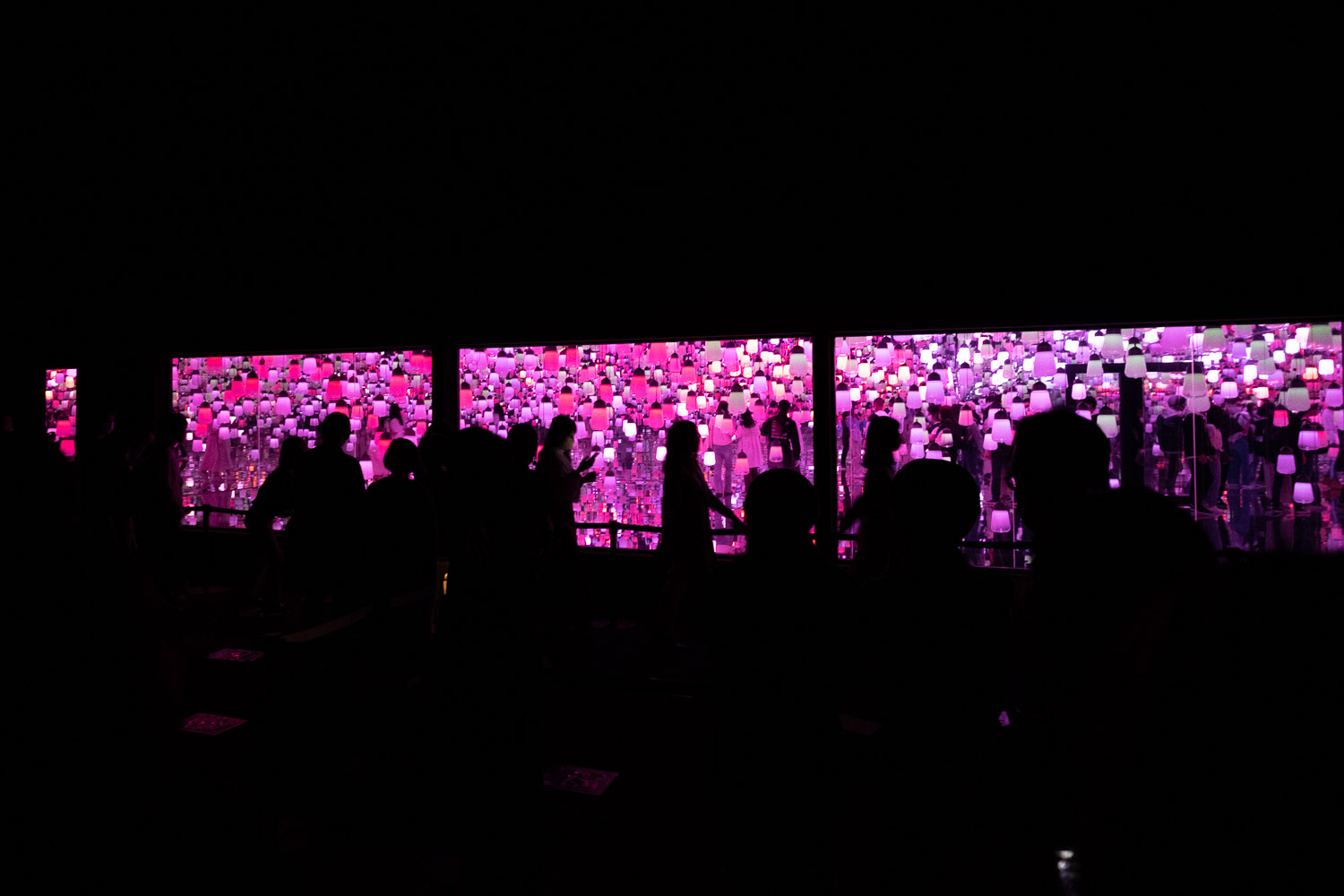 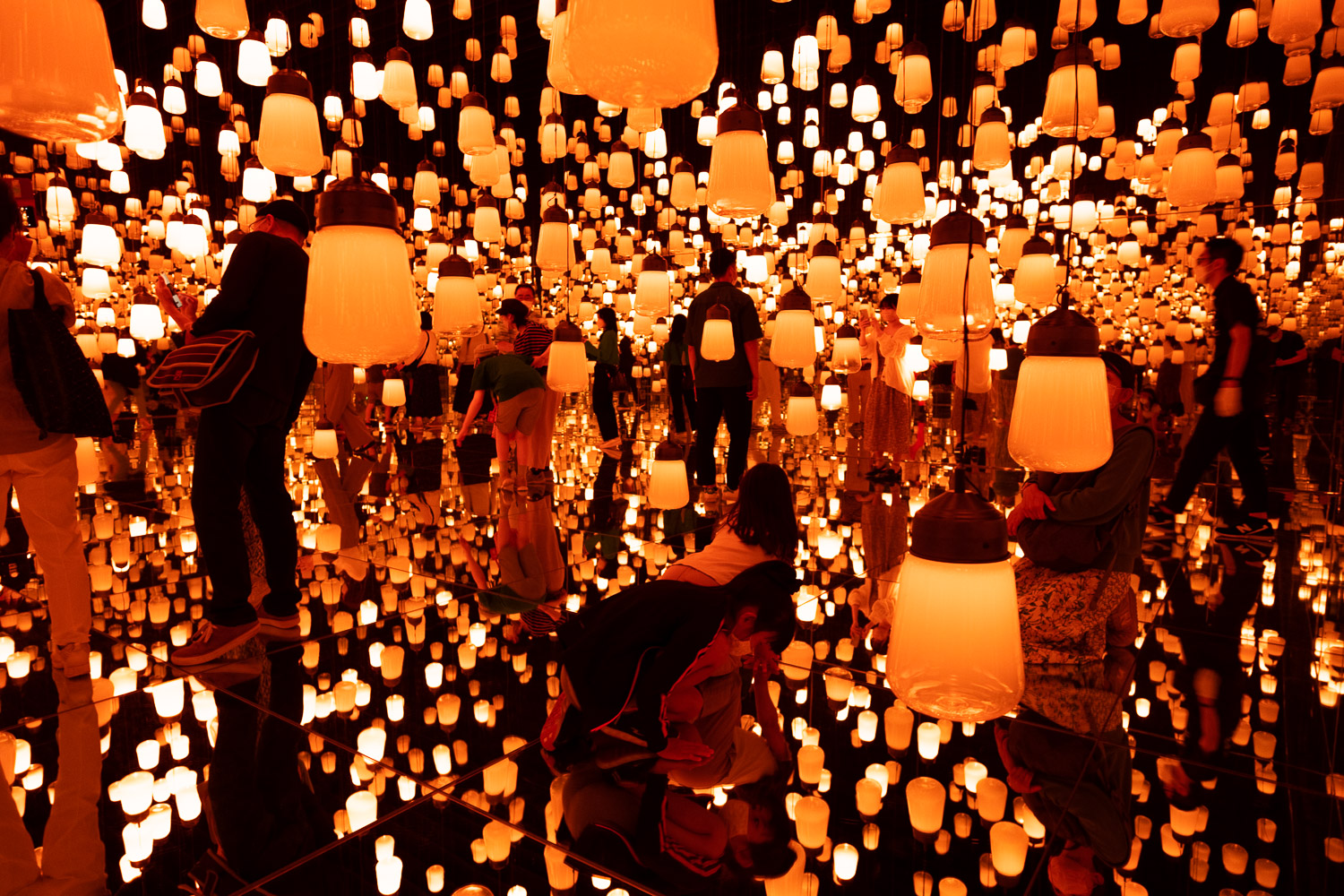 So after I survived a very dark labyrinth where I had to use my hands to avoid that I run into a wall it was time for the birds nest. The safety instructions for the were mainly in Japanese but there was one sentence in English: stow your stuff in pockets that you can securely close. When I entered the almost completely black room the floor was not stable anymore. There was a kind of suspension bridge made of trampoline mesh which led to a gigantic spider net like trampoline. Now I understood why everything needed to be stowed away. If you would drop your phone or wallet here it would be gone.

I guess the net was not designed with people of my size and weight in mind so it bounced wildly underneath my insecure steps. I was glad when I finally found a spot to lay down on my back to enjoy the show. I tried my best to cover what I saw in a picture but it was too dark for that. Here is what I got:

Take a look at the EXIF data in the image. A shutter speed of 1/6@f2.8 and ISO 12.800! That’s what I call really dark. So I gave up on photography and took out my iPhone to take a video. What sounds simple was a real challenge for me. I always have the fear to drop things when leaning over the rails of a bridge or ship so to take out my iPhone while laying on this net was difficult for me. Strangely the iPhone was capable to take some rather good videos. After the show was over I securely stowed it into my trousers again and closed the zip of the pocket and went back out.

I think I should have enjoyed the rather unique place instead of trying to capture what was going on. That’s the curse if you are a passionate photographer. Sometimes you spoil your own experience in the attempt to capture what can’t be captured. And if we are honest no real experience can be captured. You can’t capture what you feel when you see the Grand Canyon or when you walk through the gate of the Taj Mahal. The only thing you can do is to take some pictures and hope that they will help you to remember that moment.

So here is my top tip: Get in there without camera and phone in your hand and just enjoy the moment. I have only a very limited experience in that regard but I could imagine that a joint consumed just before visiting the place could potentially further enhance the experience. 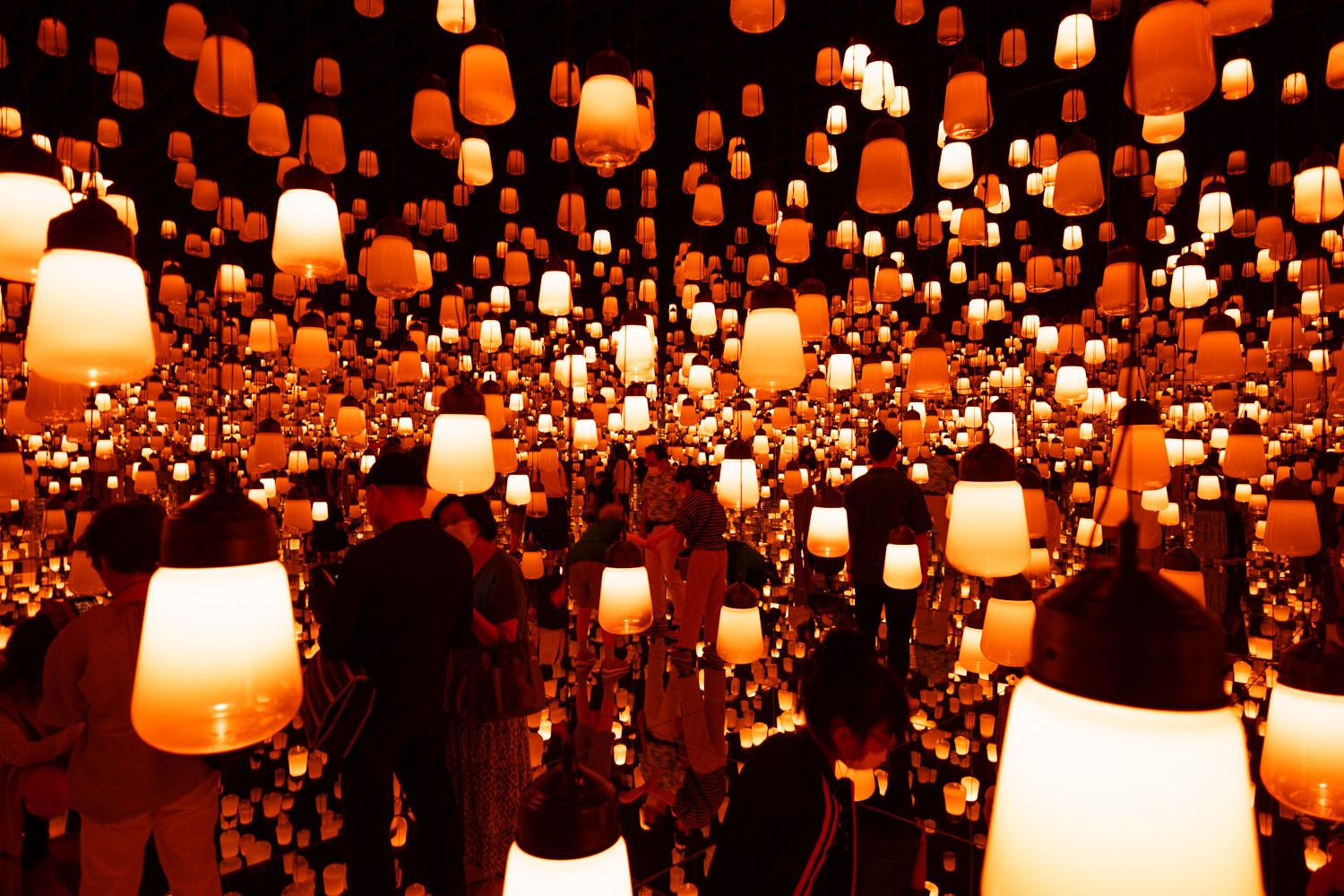 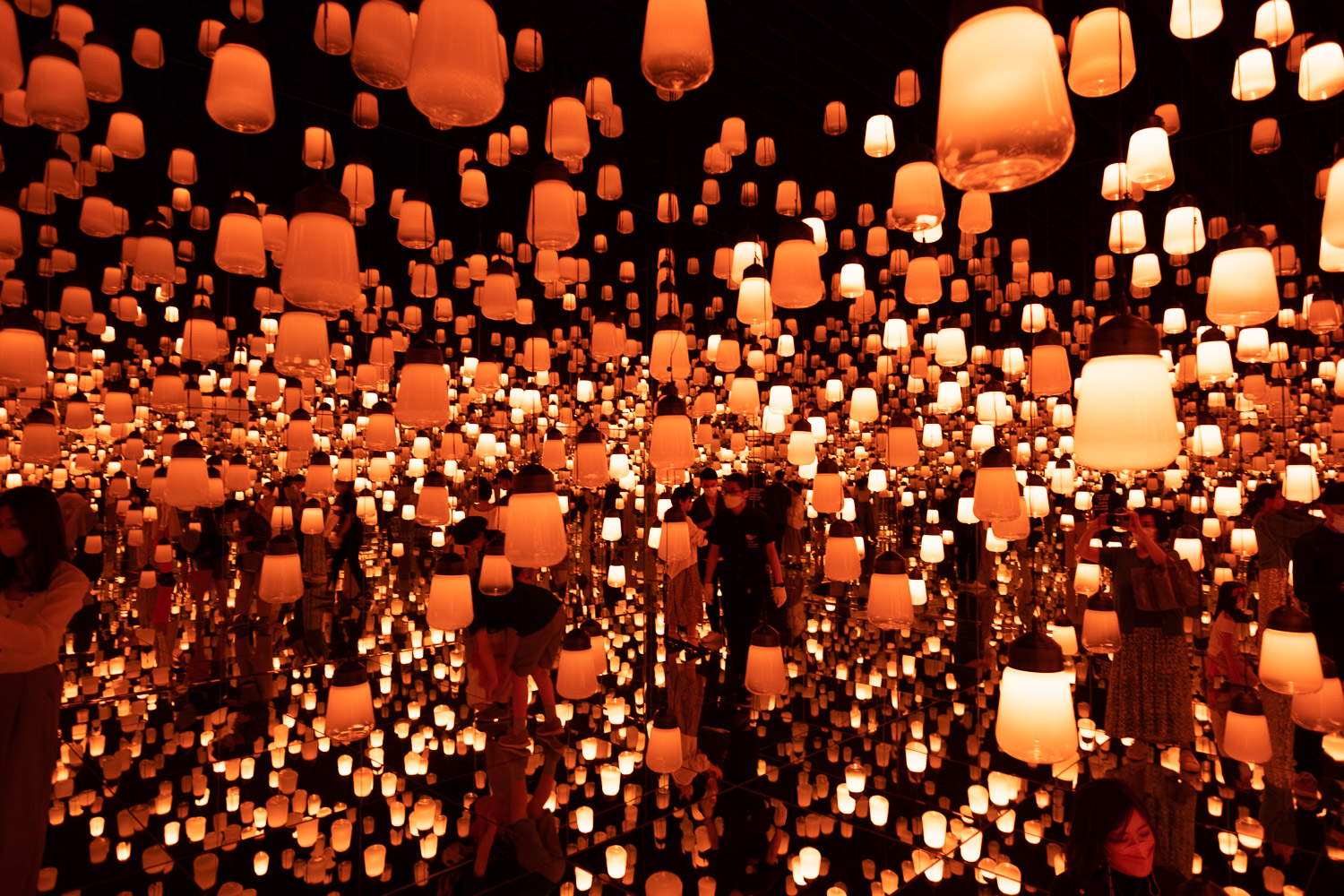 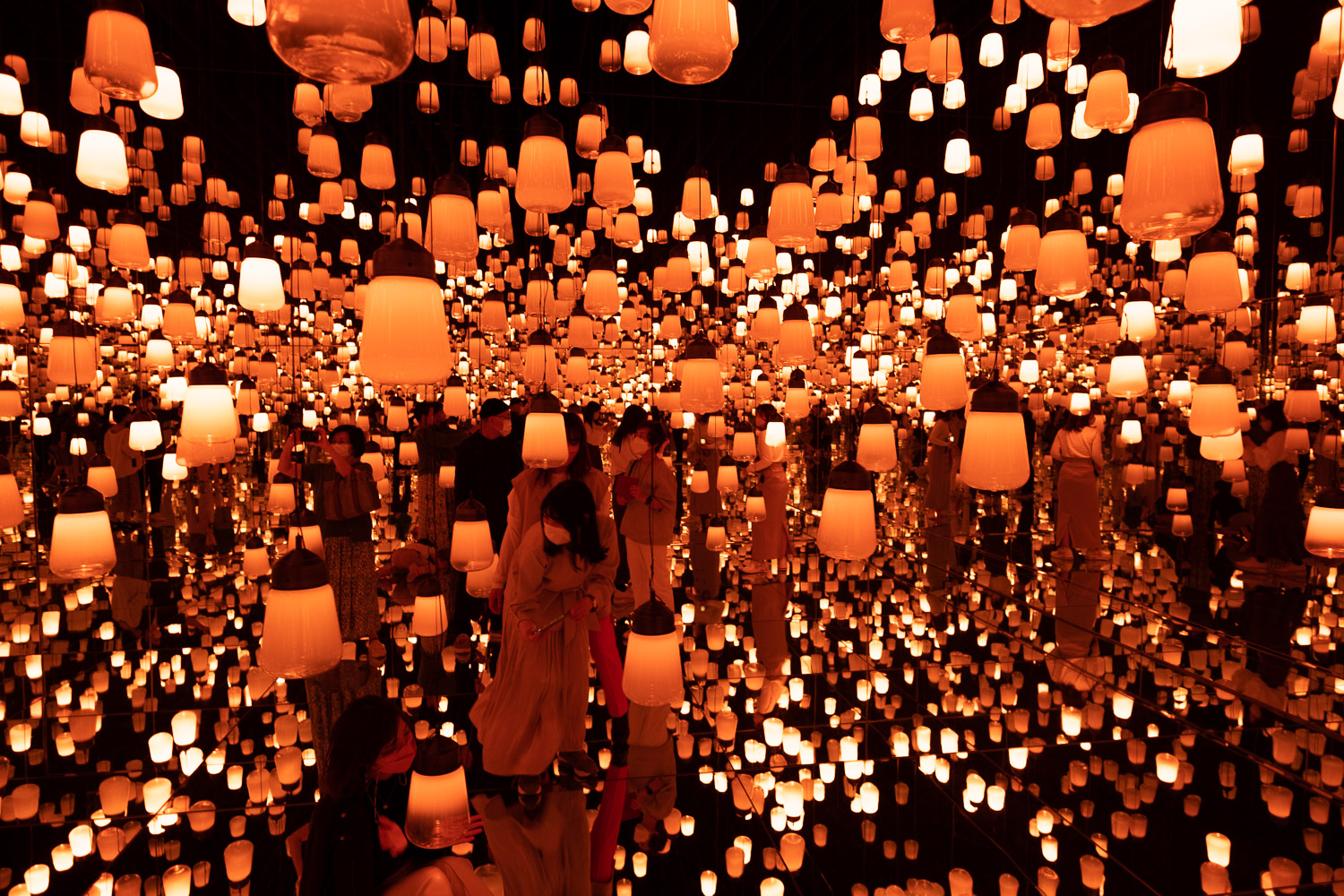 After the birds nest the museum got really crowded so I decided to visit just one more room before I leave. Of course it had to be the room with the lamps called “The Forest of the Resonating Lamps”. But before I could enter I stood in a waiting room together with many people because the access to this room is restricted. And that’s a good idea because what looks like an endless (or borderless) room is not that spacious at all. It’s just an illusion caused by thousands? of lamps and mirrors everywhere.

But thanks to all the lamps there was finally enough light. Again pictures can’t tell the story. It is a quite unique experience.

Before I came here I thought that maybe this is just another hyped instagram spot. Just another place where people take their selfie and walk but now I think it is more. I think I will return here someday but without a camera. 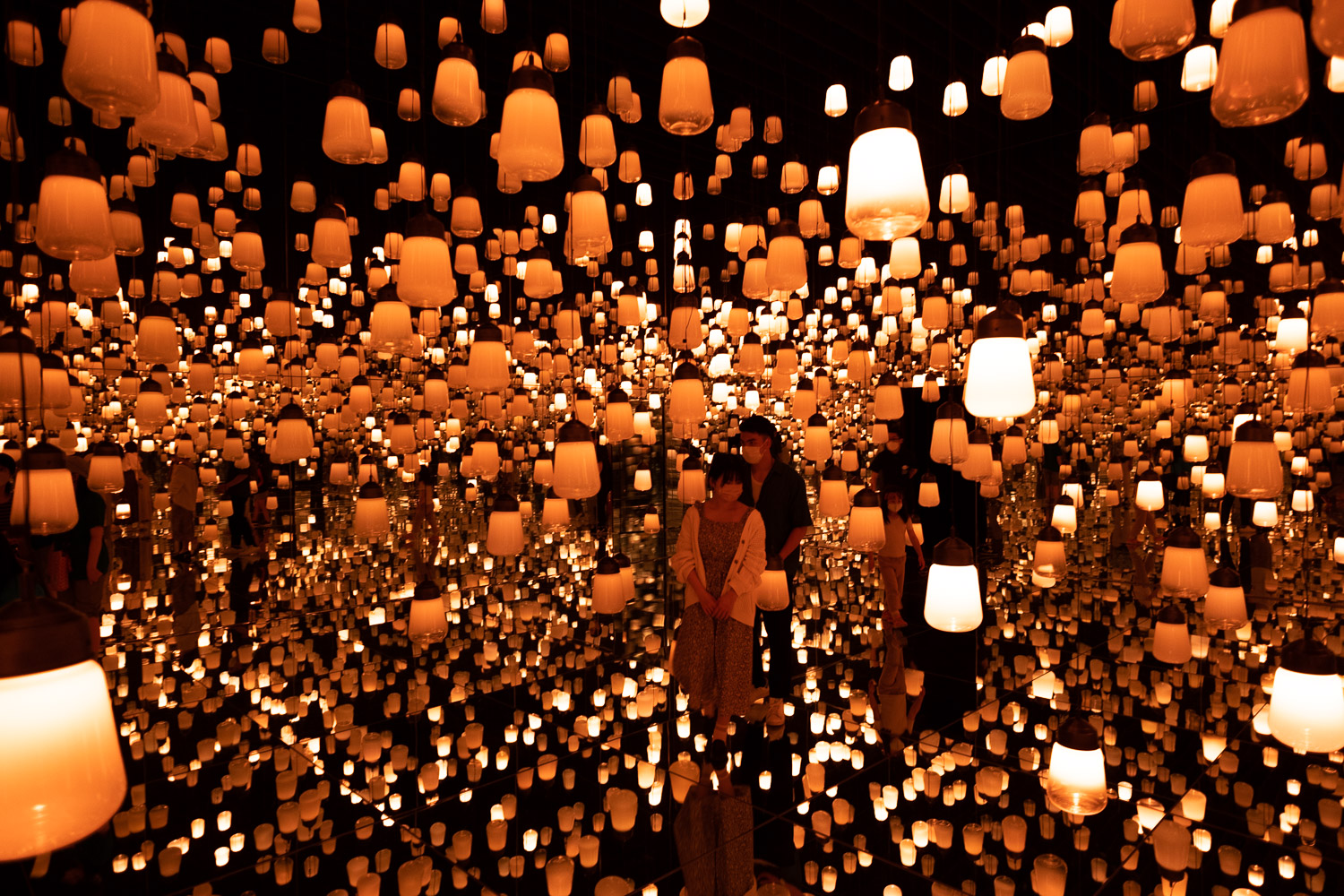