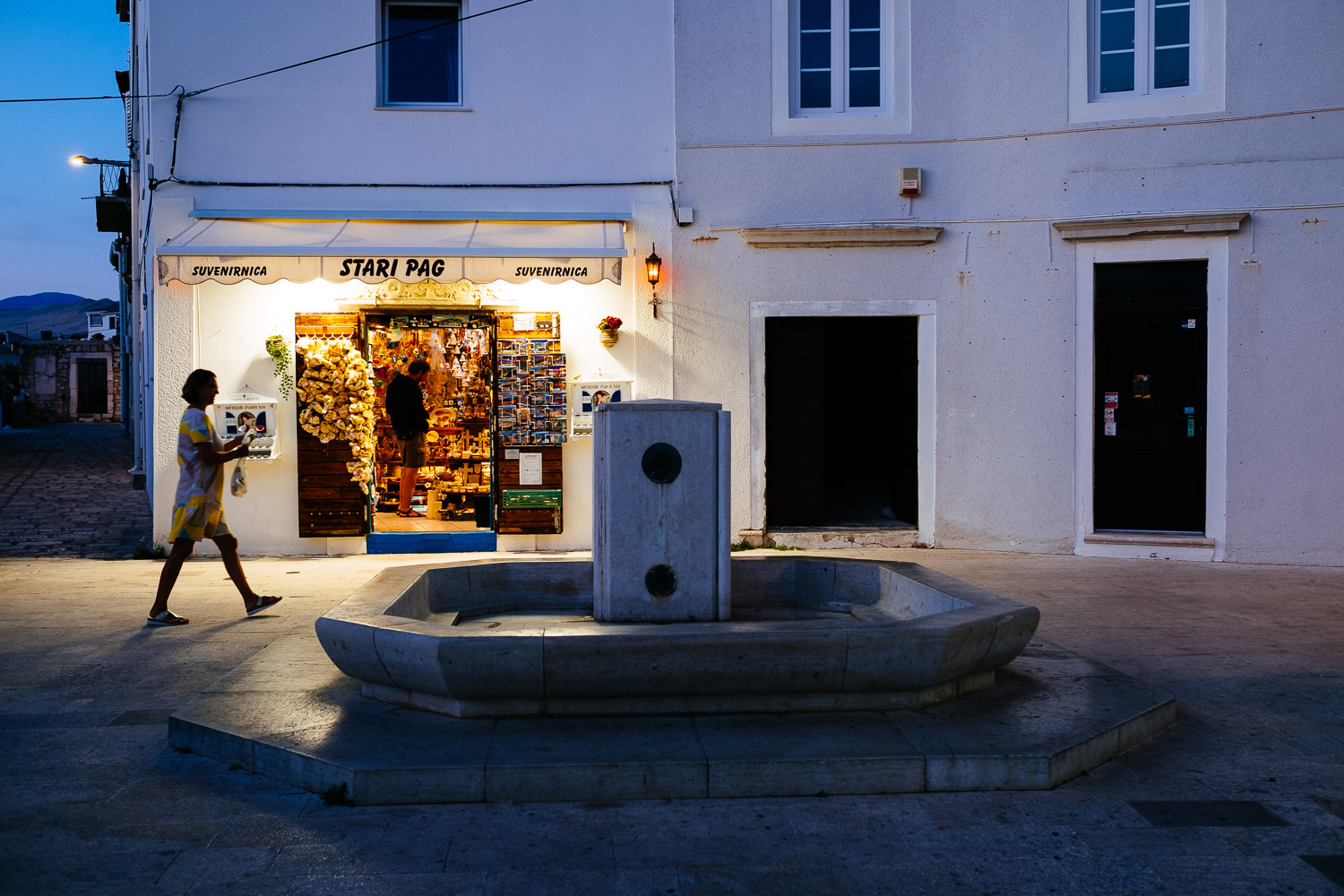 After dinner we went for a walk and while Pag was deserted in the afternoon it was alive now.

In the evening this little town is very busy and it seems that everyone and his friend is out to enjoy life. The kids are playing, their parents are chatting with neighbours and friends and it is obvious that there are not a lot of tourists left. The locals got their town back at least until next summer. 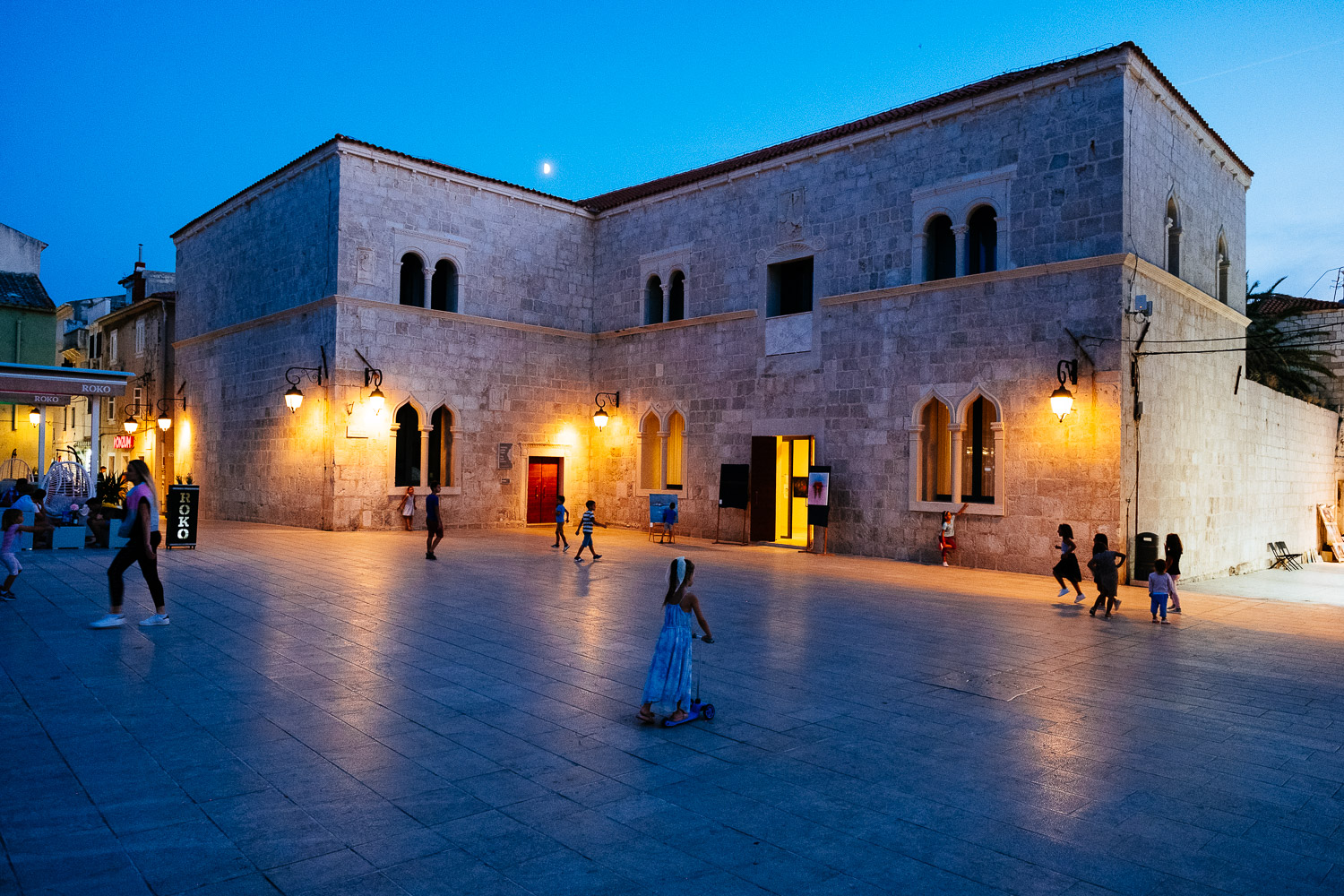 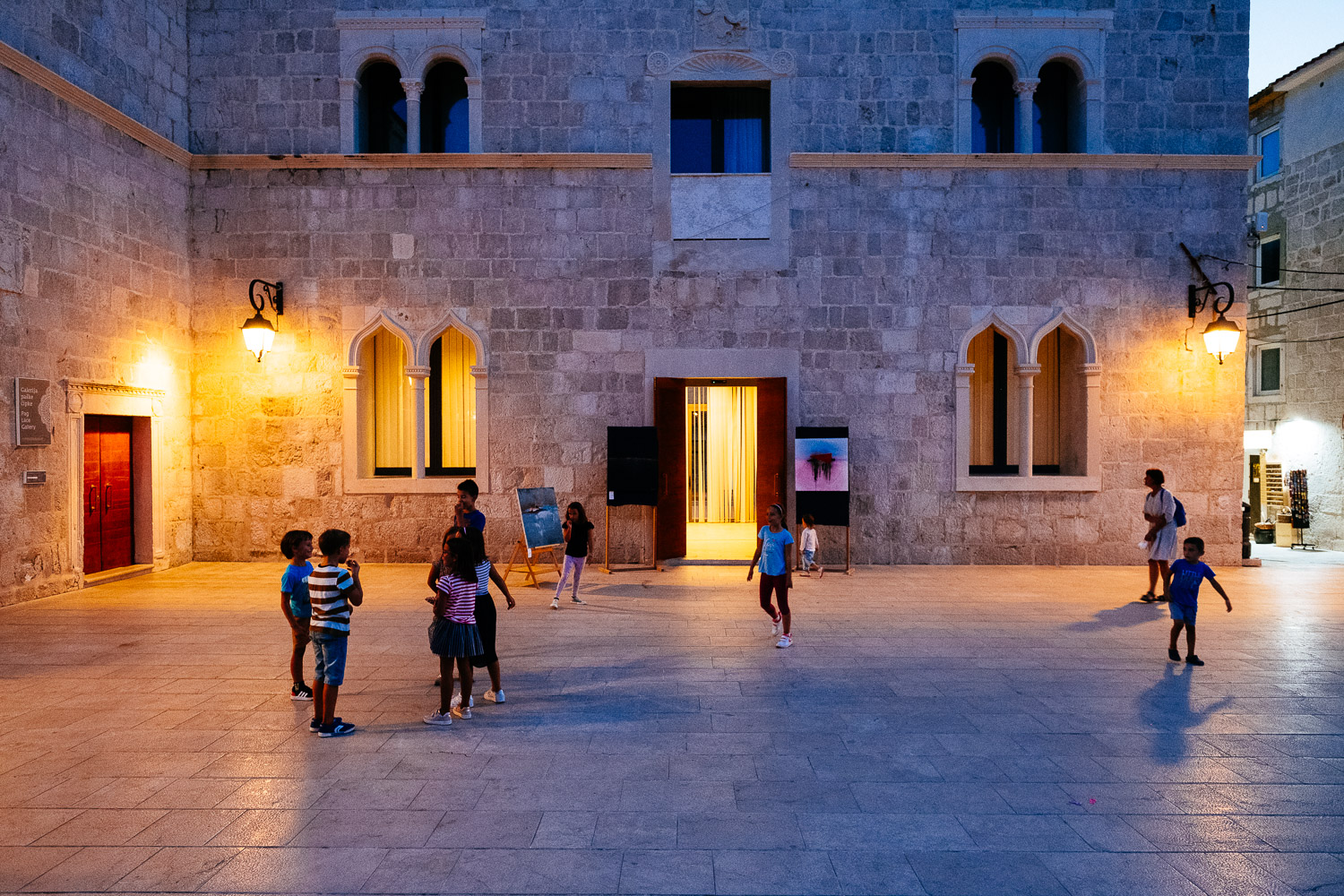 But of course this town lives mainly from tourism. You can tell from the shops and also when you look at the restaurants. And it’s easy to see why Pag is so attractive. It looks like an open air museum or a film set.

In the year 1510 the plague raged through Pag and the city was burned down and rebuilt nearby. That may sound like the people took extreme measures but in the 14th century the plague killed 25 million people in Europe which at that time was one third of the population. Quarantine was developed back then. The sailors were not allowed to go on land for 40 days to avoid that the bring the plague to town. The sailors remained on board but the rats used the ropes that tied the ship to go on land. And with those rats the plague  managed to spread like wildfire.

OK, that was a strange turn: From a beautiful small city to one of the worst diseases the world has ever seen. It seems that the last 1,5 years haven’t passed without affecting me. But there is a difference in between the plague and covid-19. Covid-19 is far less deadly and that’s a good thing because I think that mankind or at least one part of it hasn’t developed that much since then. 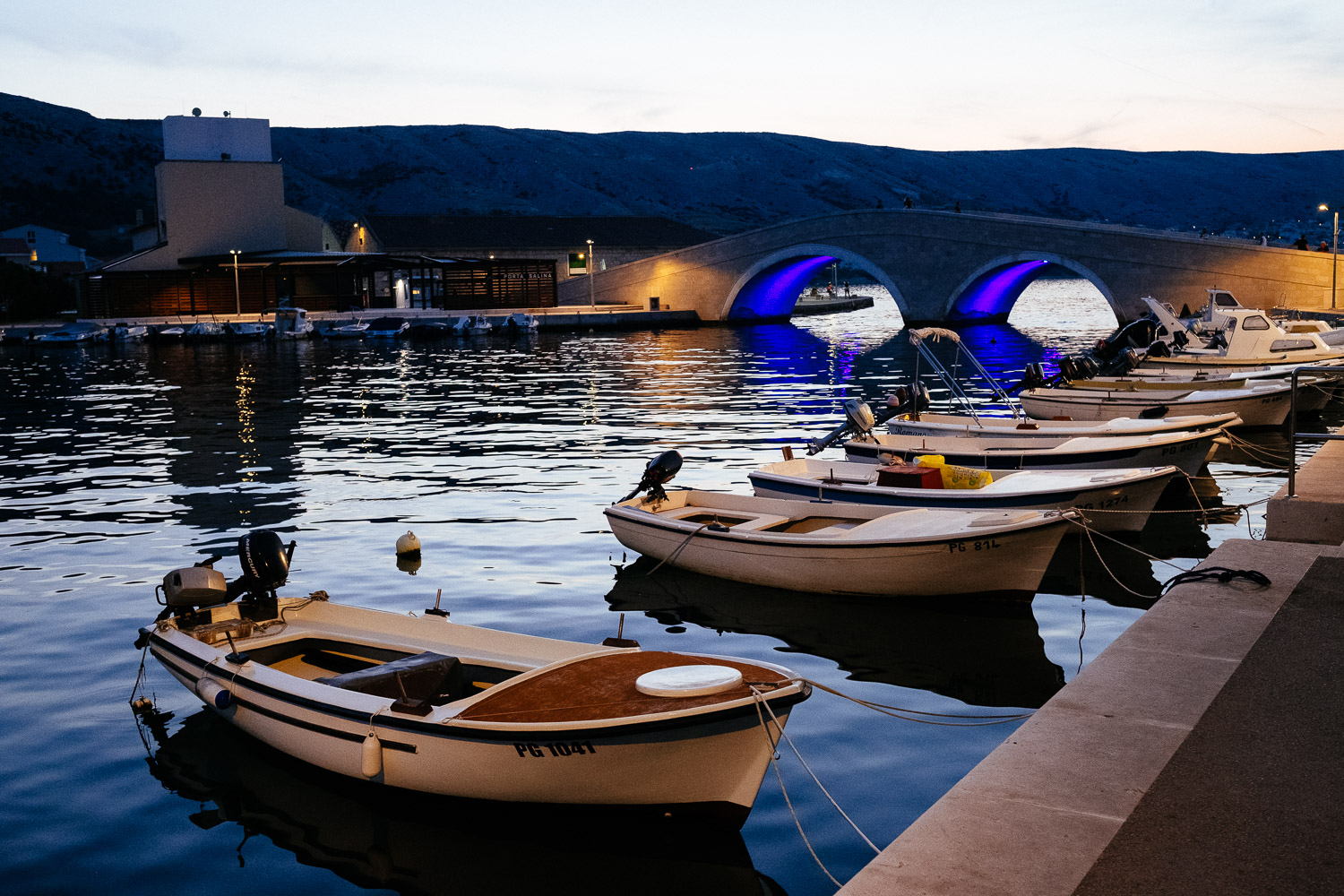 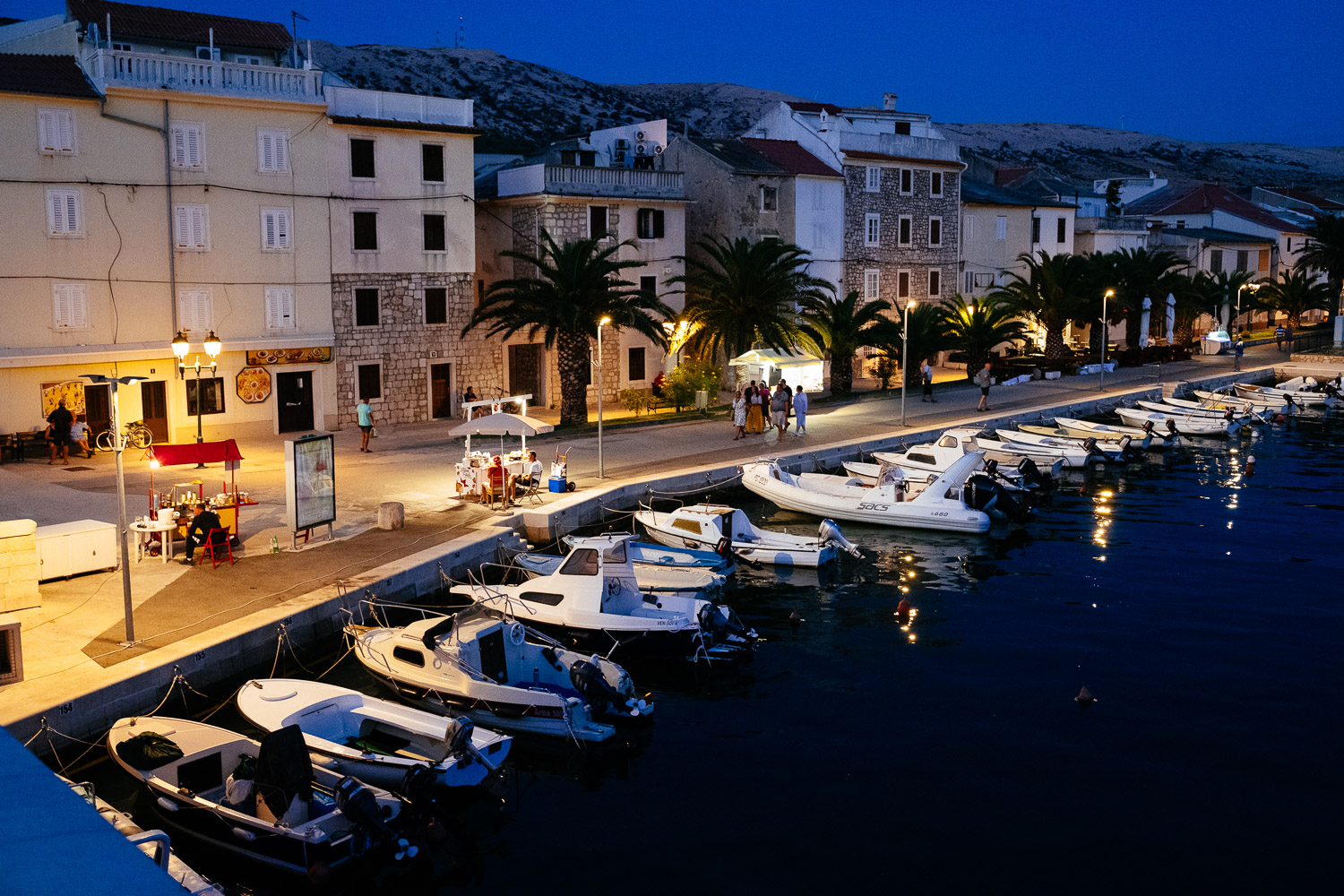 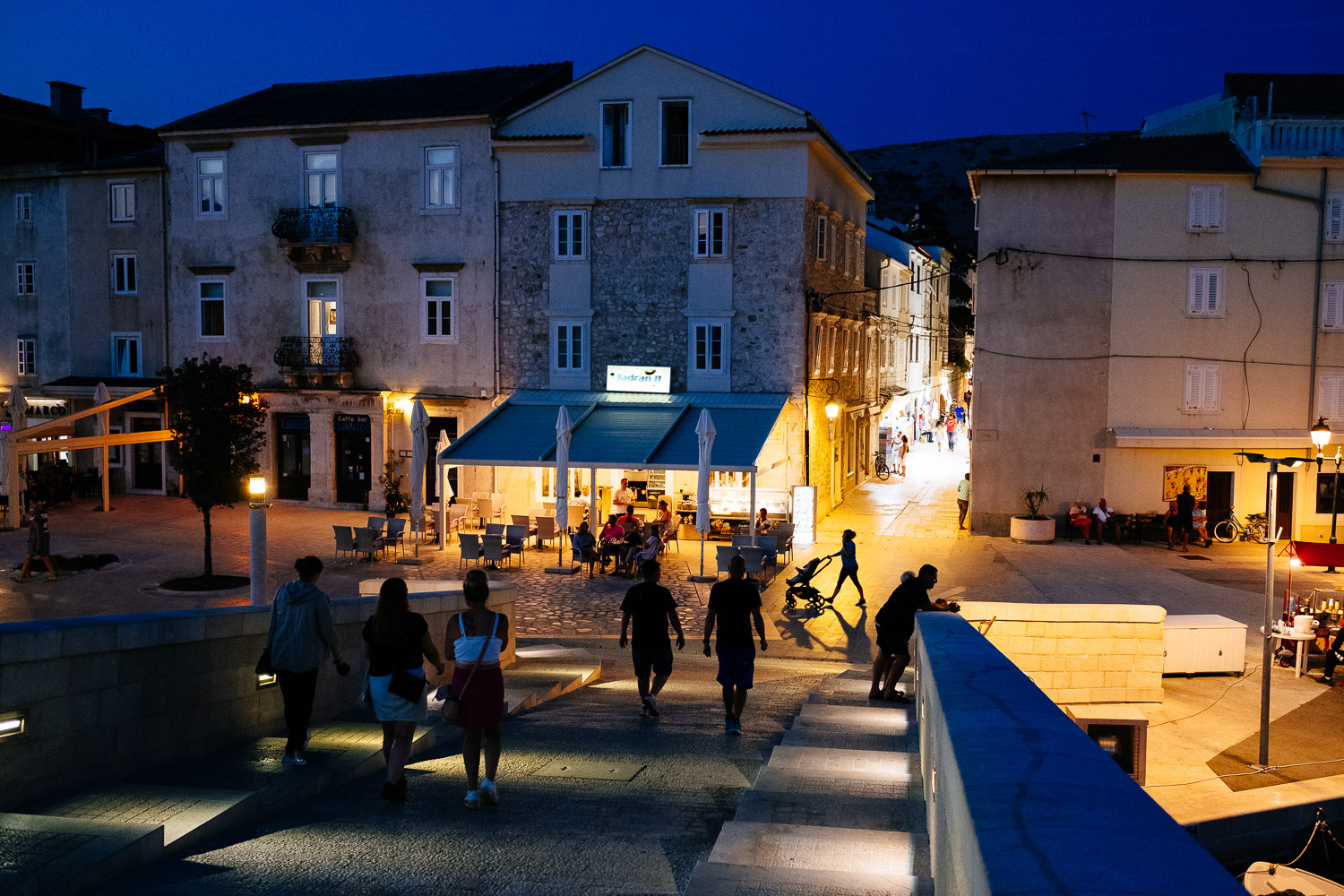 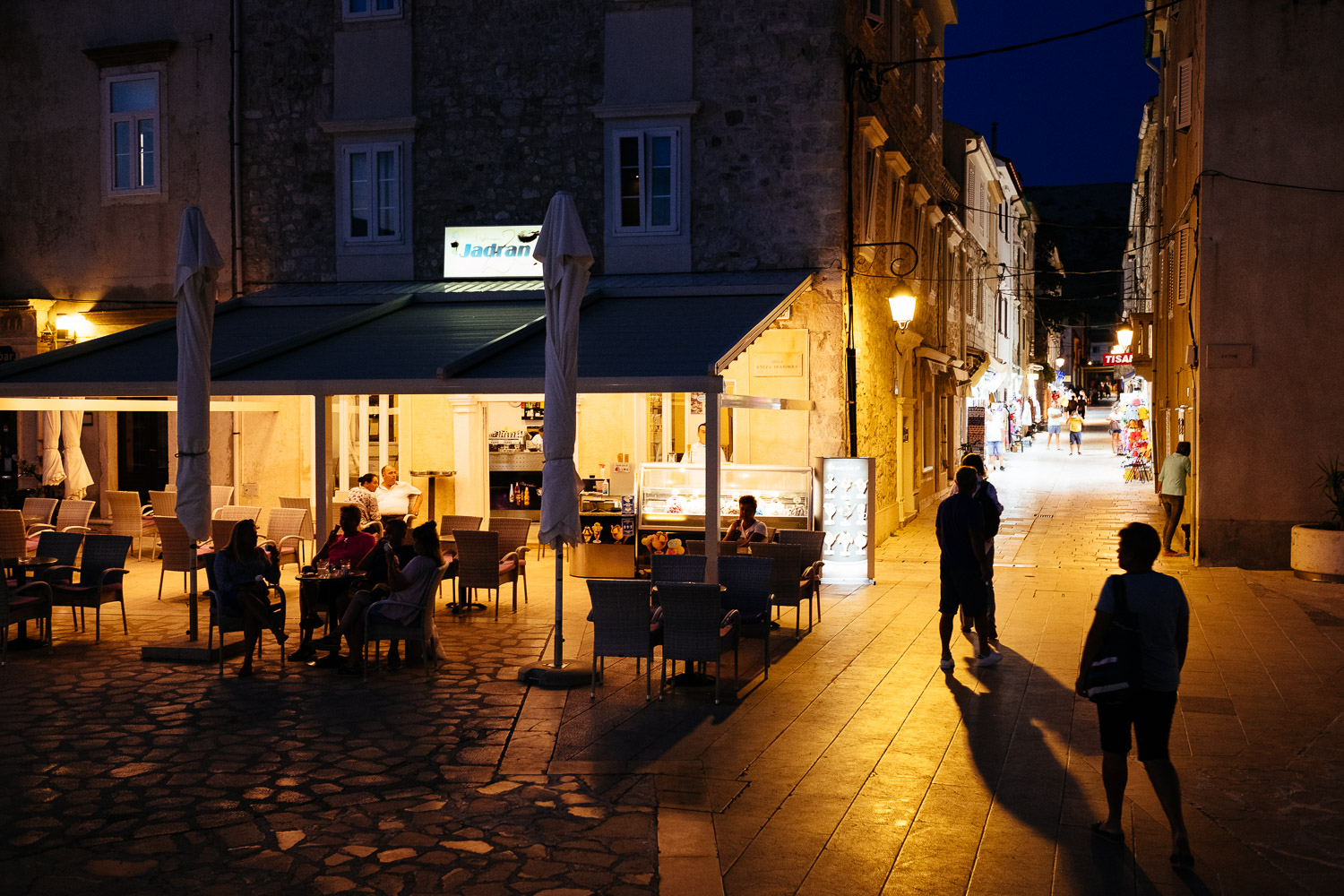 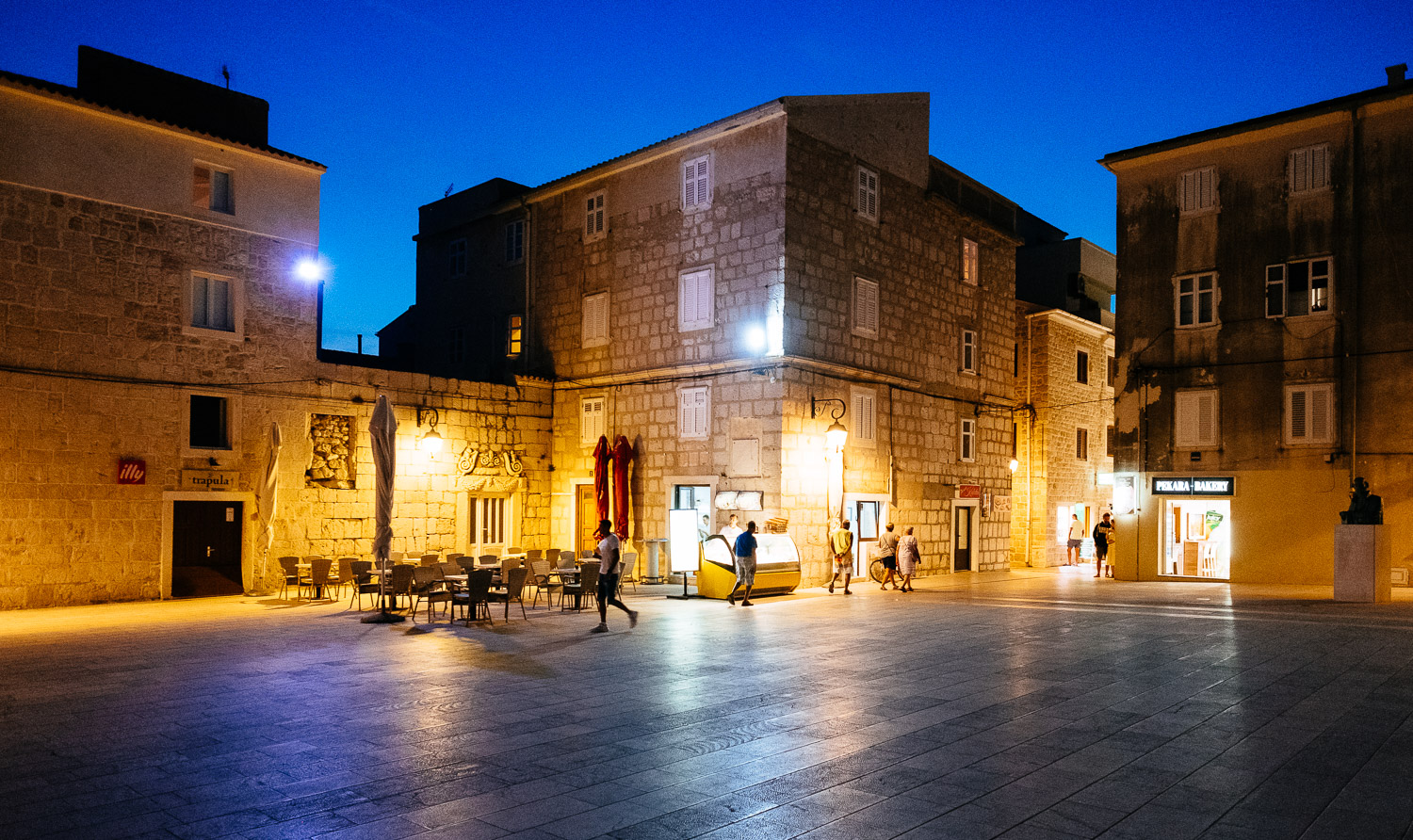 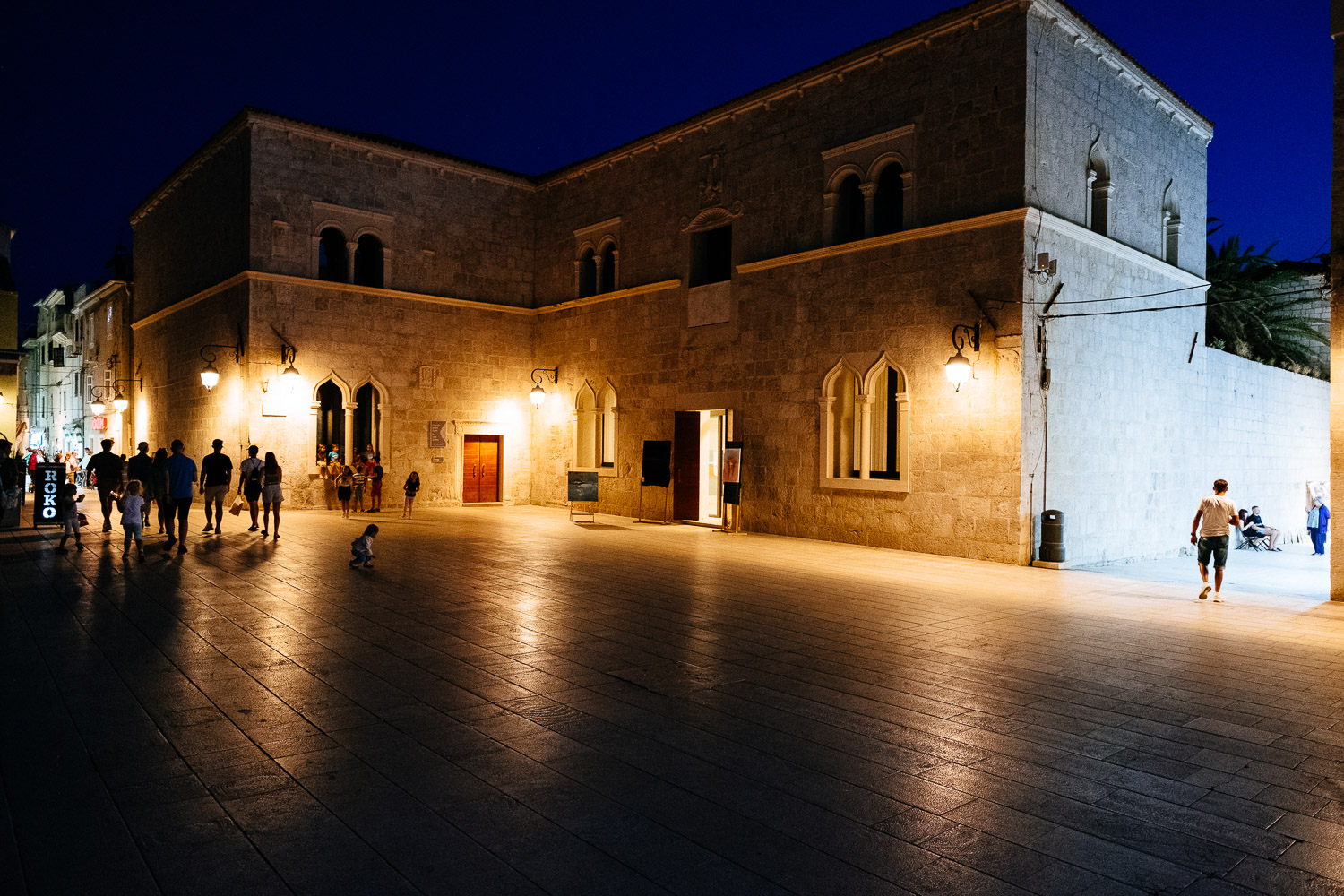 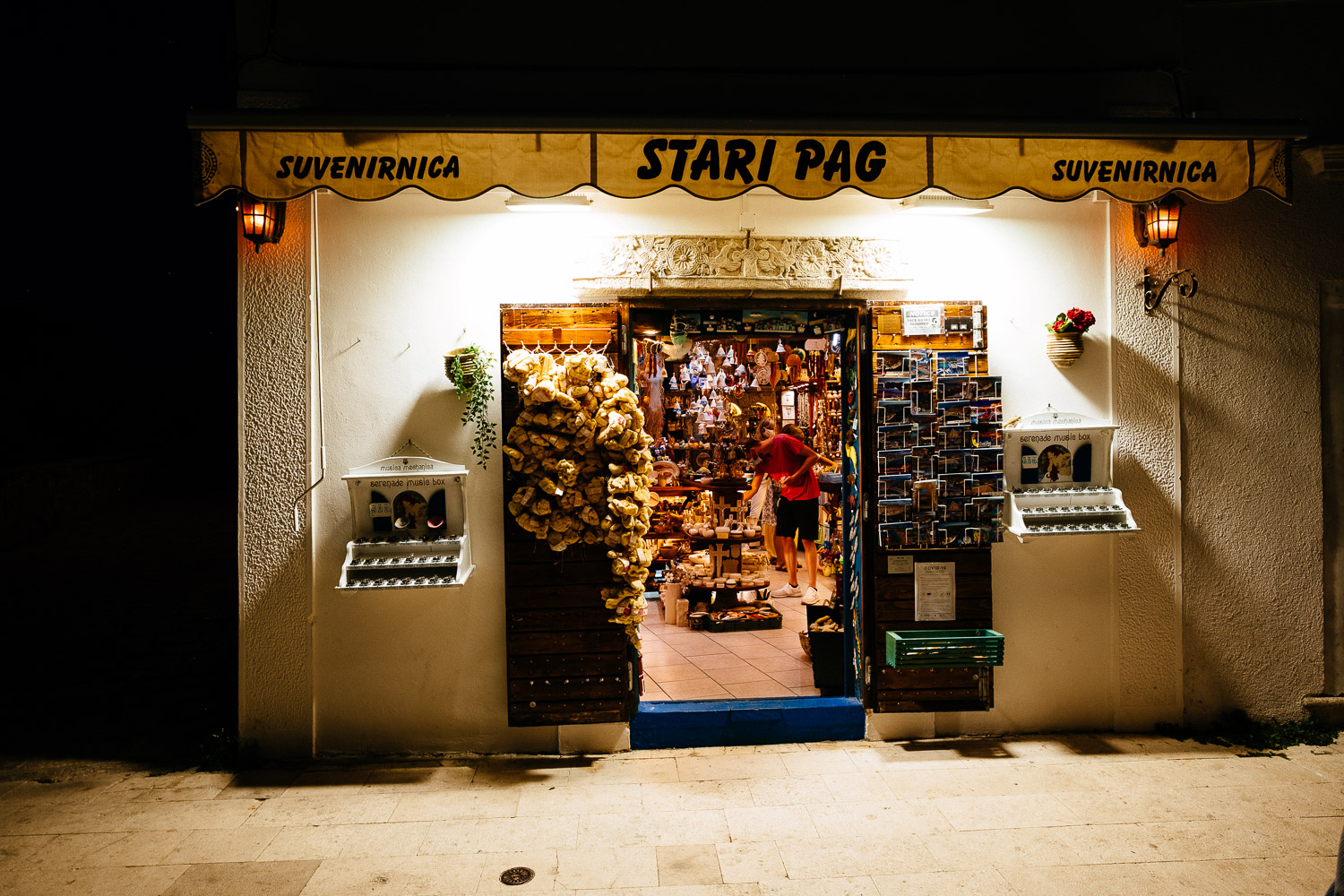 Some things never change but most do and places are no different. Before I came to Pag I looked forward to take a picture of those shops again which I really liked when we first visited in 2012 but today it looks very different. 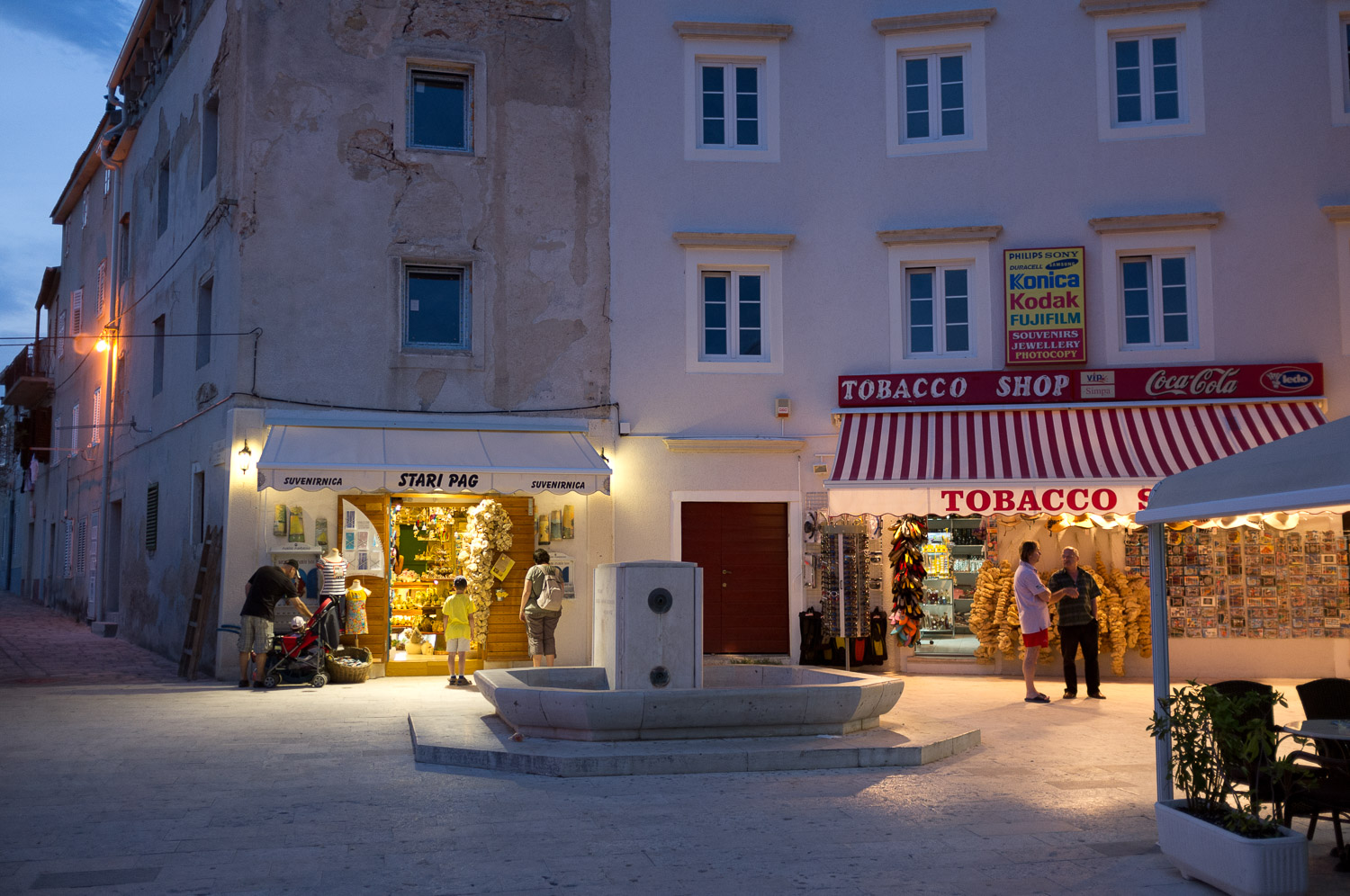 The small shop is still there but the big one that already looked out of pace in 2012 is gone. I guess a business model based on films and batteries for cameras, photocopies and tobacco is not a good idea. But it just looked so beautiful and old fashioned that I wish it would have survived. Another thing that is dying are light bulbs. And while I totally understand that, I use LED lamps in my house almost everywhere, I miss the color quality and look of the old bulbs.

Now many places are lit by LED light and not always it is the most fancy type. That means that it can put an ugly greenish cast on a scenery. Of course you can remove that in post processing but that doesn’t help in real life. On this trip I was shocked about the horrible light that I found in some shops and restaurants. It reminded me of the neon lamps in some small restaurants in Vietnam or India. Everybody looked like he is sick and it didn’t help the food either. Something needs to be done about this. 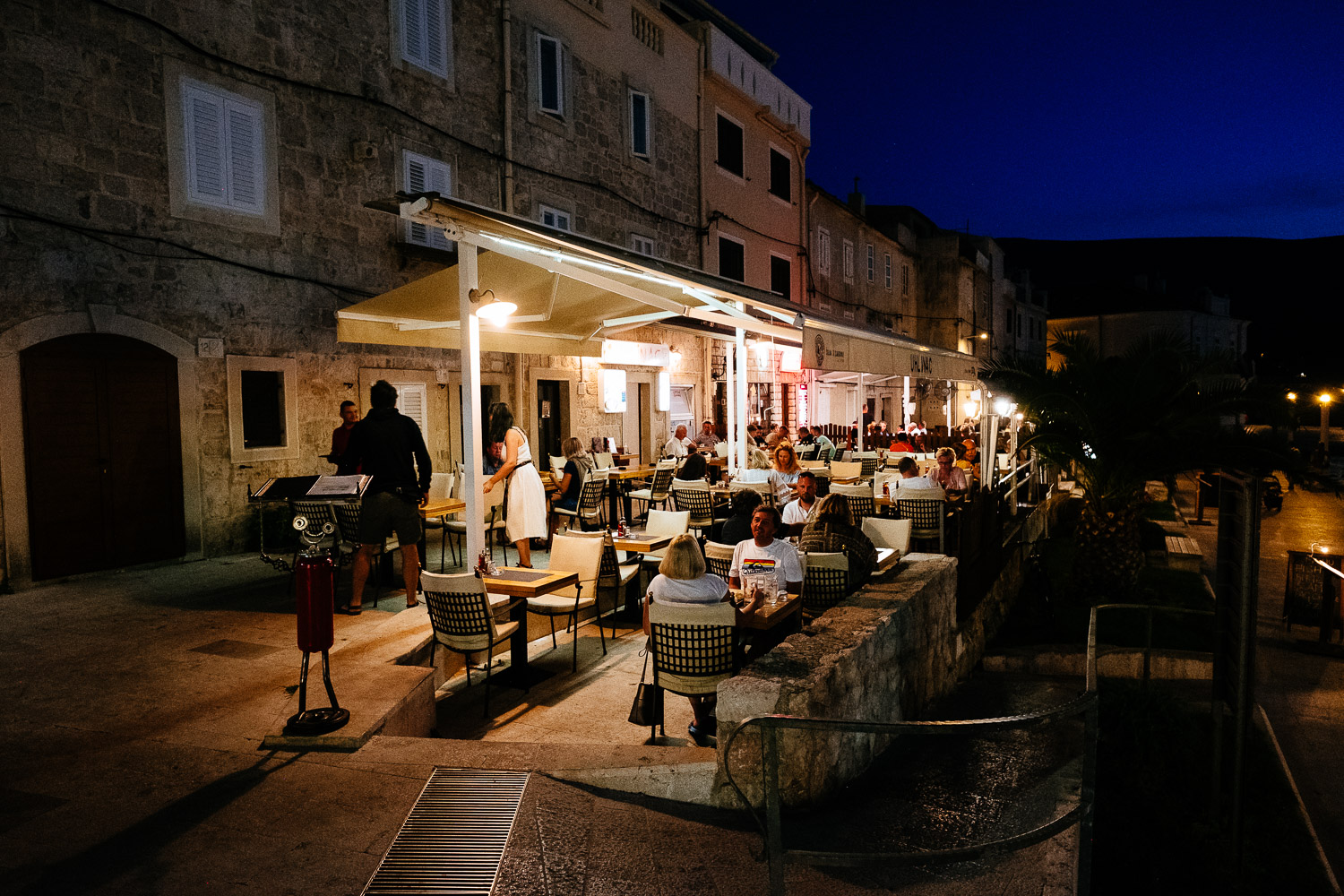 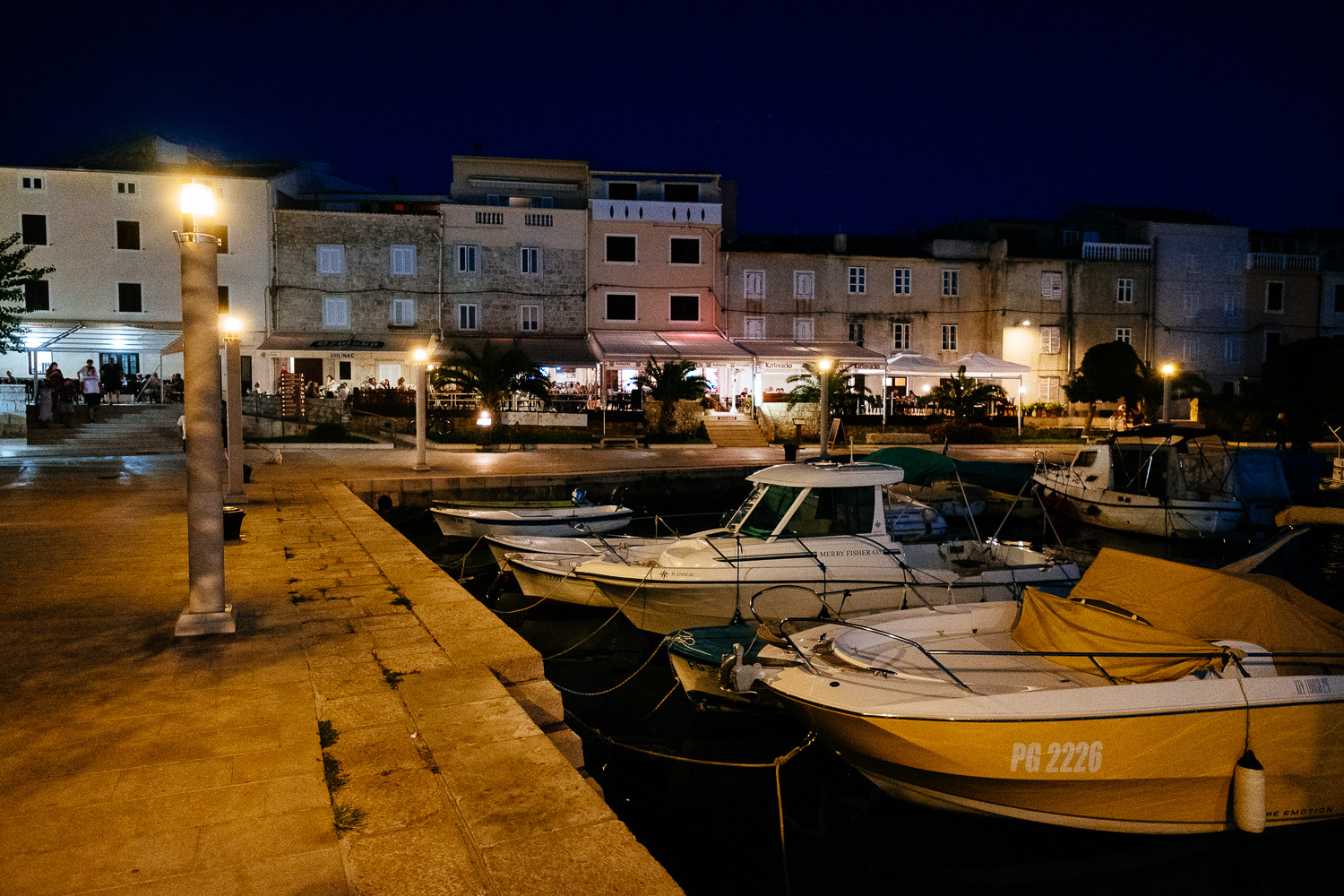 It’s obvious that I’m a little rusty and that my writing suffered during the pandemic. In a blog post about a beautiful small town in Croatia I mentioned the plague!, said that people will never learn and will never get smarter and at the end I ranted about LED bulbs. What’s next: an endless rant about shower heads or toilets that don’t flush powerful enough?

I guess those are the first signs that you are getting old and I don’t like that. I honestly hope that it doesn’t get worse. 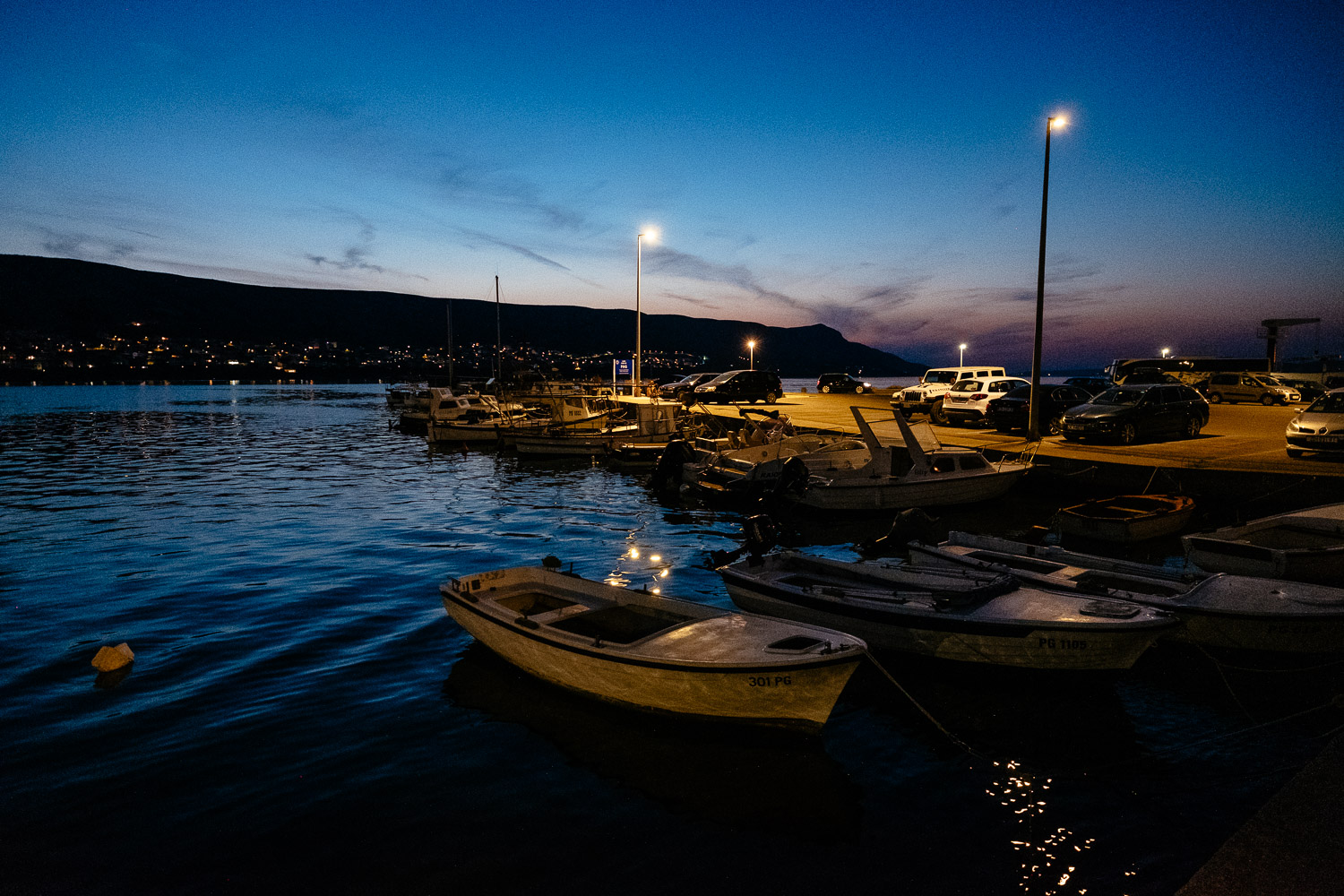