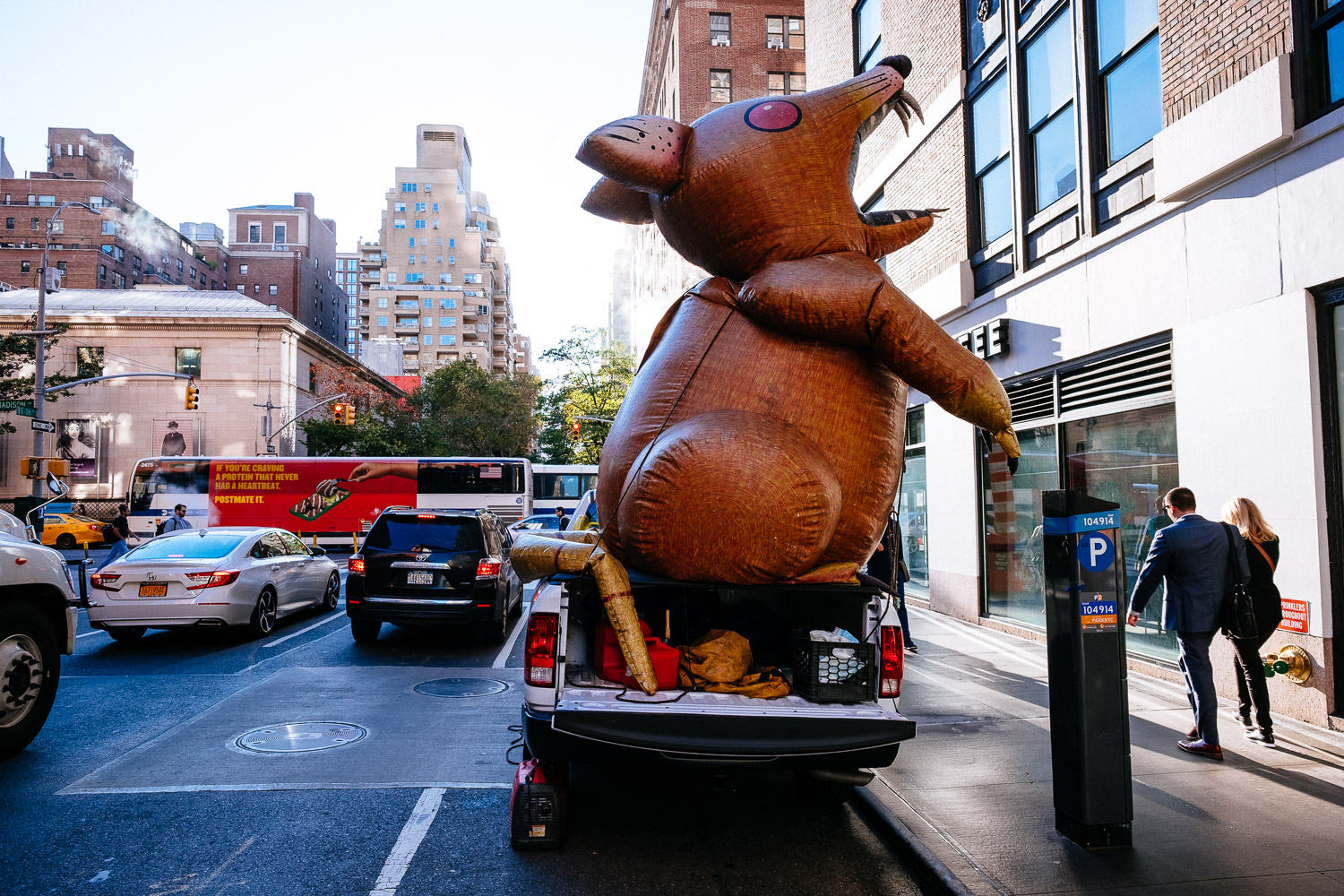 The very last day in New York City. My wife is in the hotel packing her luggage and I’m out on a mission.

A mission possible if you want. To get an iPhone for my friend at home. It was a beautiful day in New York City. Rather cool but there was not a single cloud in the sky. Just like on our arrival. I just hate this on the day of departure. And it happens very often and then I just hate to leave. I know that I made some snappy remarks regarding New York but this is a beautiful city and I want to stay a little longer. I could wear some noise cancellation headphones to deal with the noise. 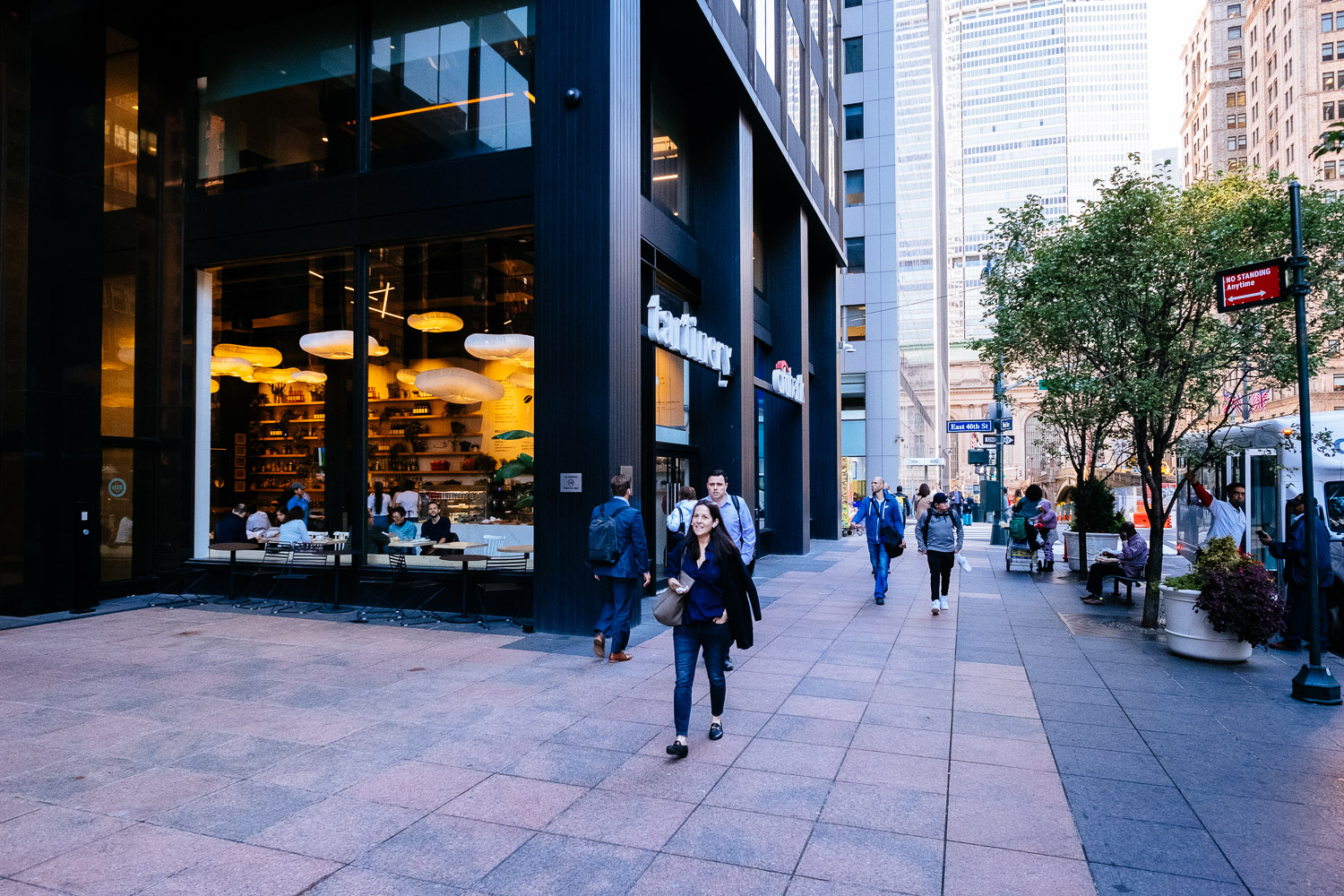 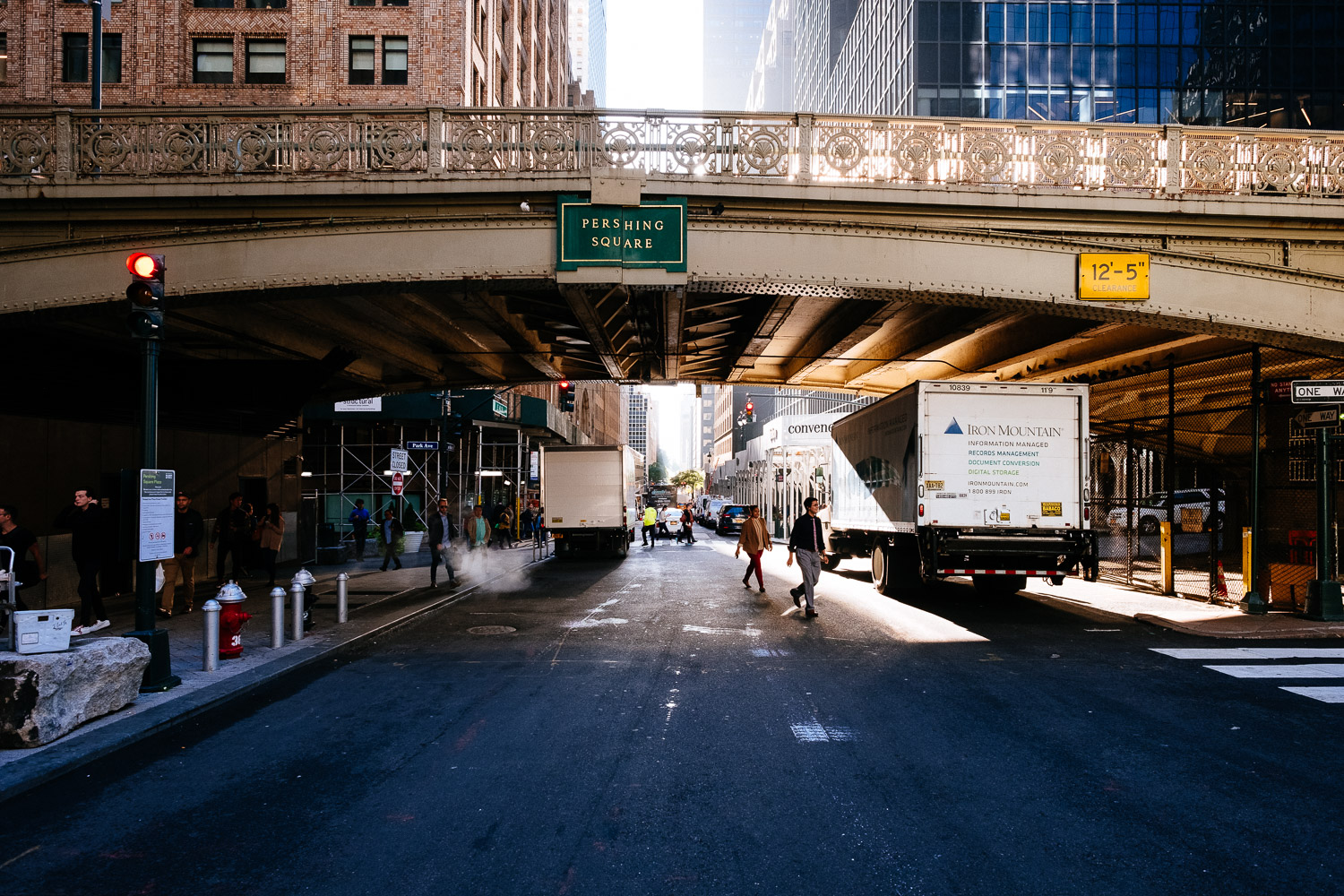 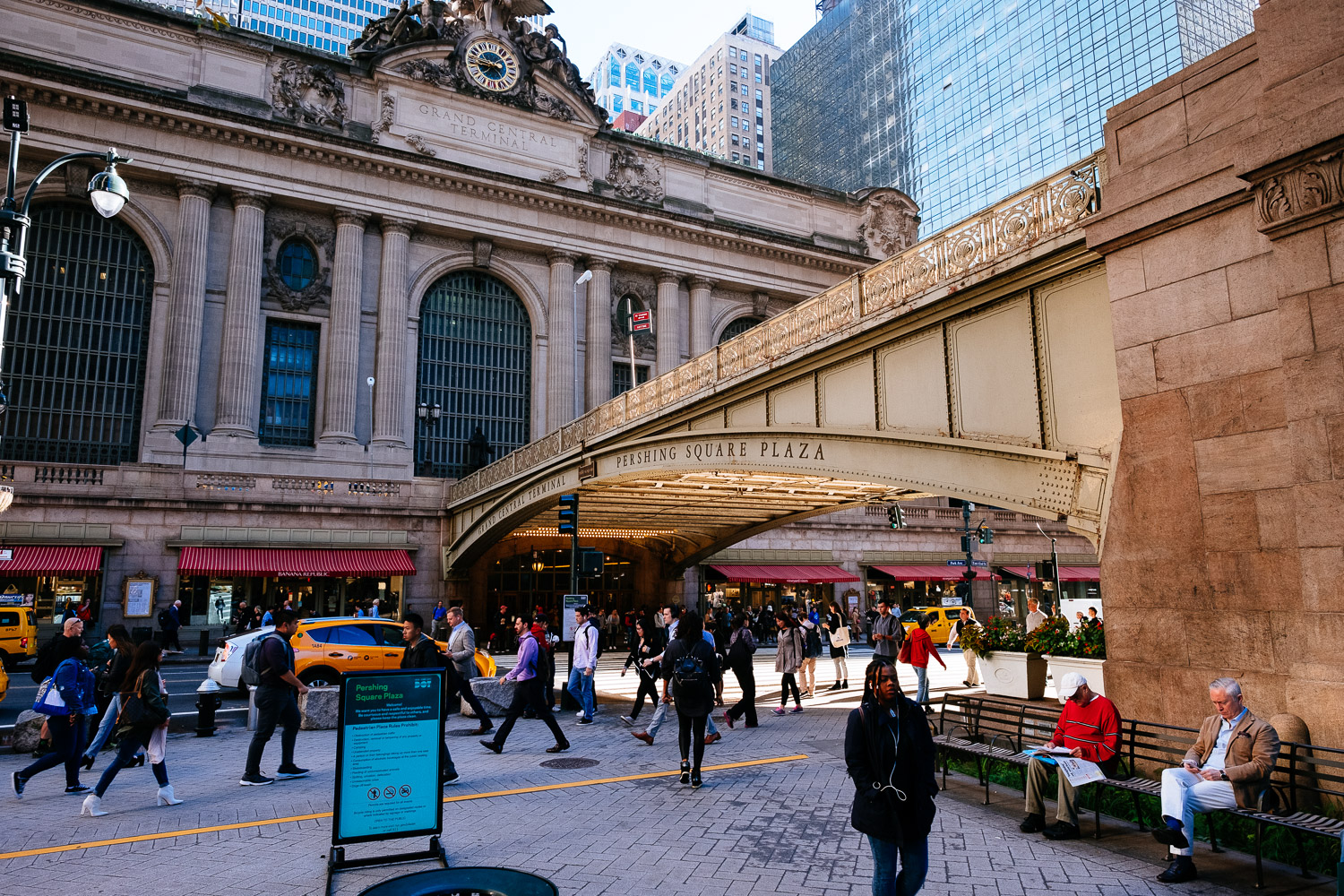 I already wrote about the filthy subway and the filthy rich and complained about all sort of things but right now on this beautiful sunny morning I’m just jealous of the people that live here. New York City is such a great place!

I lived in Vienna for almost 20 years before we moved in our house on the country side. So I know what it means to live in a city. I haven’t missed it that much since I moved out but sometimes I do. All those restaurants and small food stalls. Fresh french pastries, a Thai papaya salad or Pho or whatever you just fancy is in walking distance. A cheap taxi ride home after a couple if drinks or to shop groceries on a Sunday in a supermarket at the train station (all shops are closed in Austria on Sundays). Or to get international press at a book store. Theatre, opera, concert halls and museums.

Of course you don’t use all of this on a daily base but you could and takes makes all the difference. 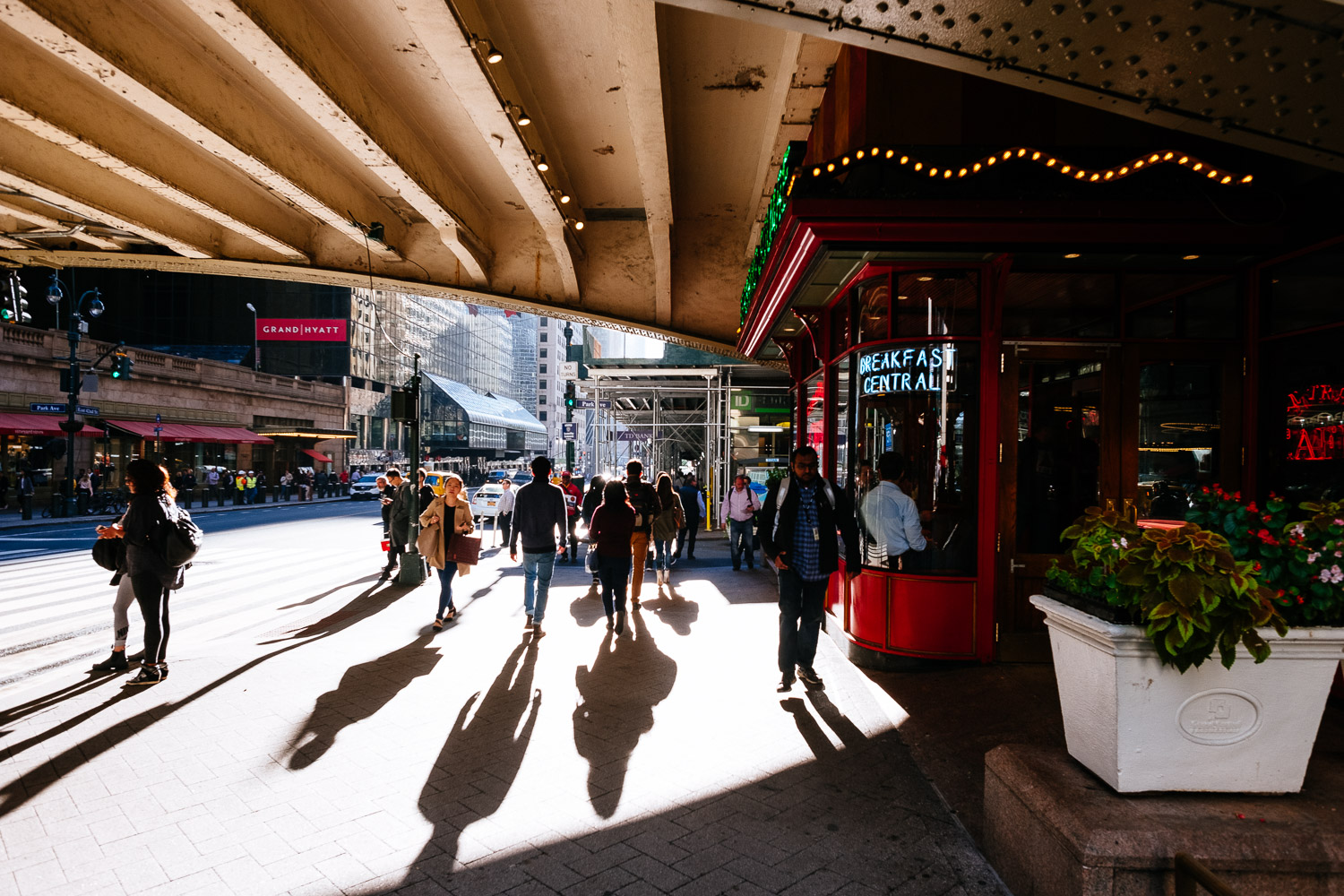 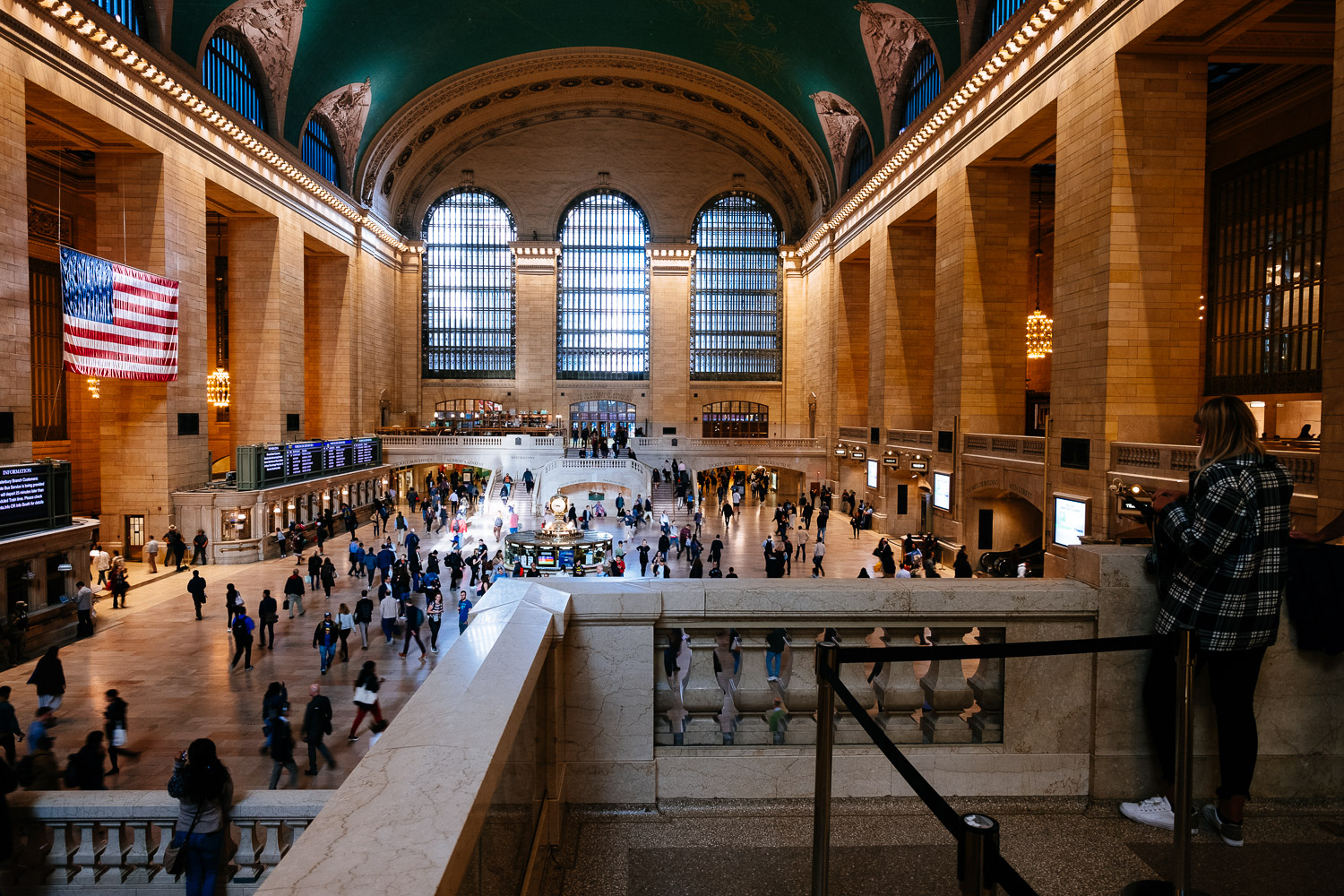 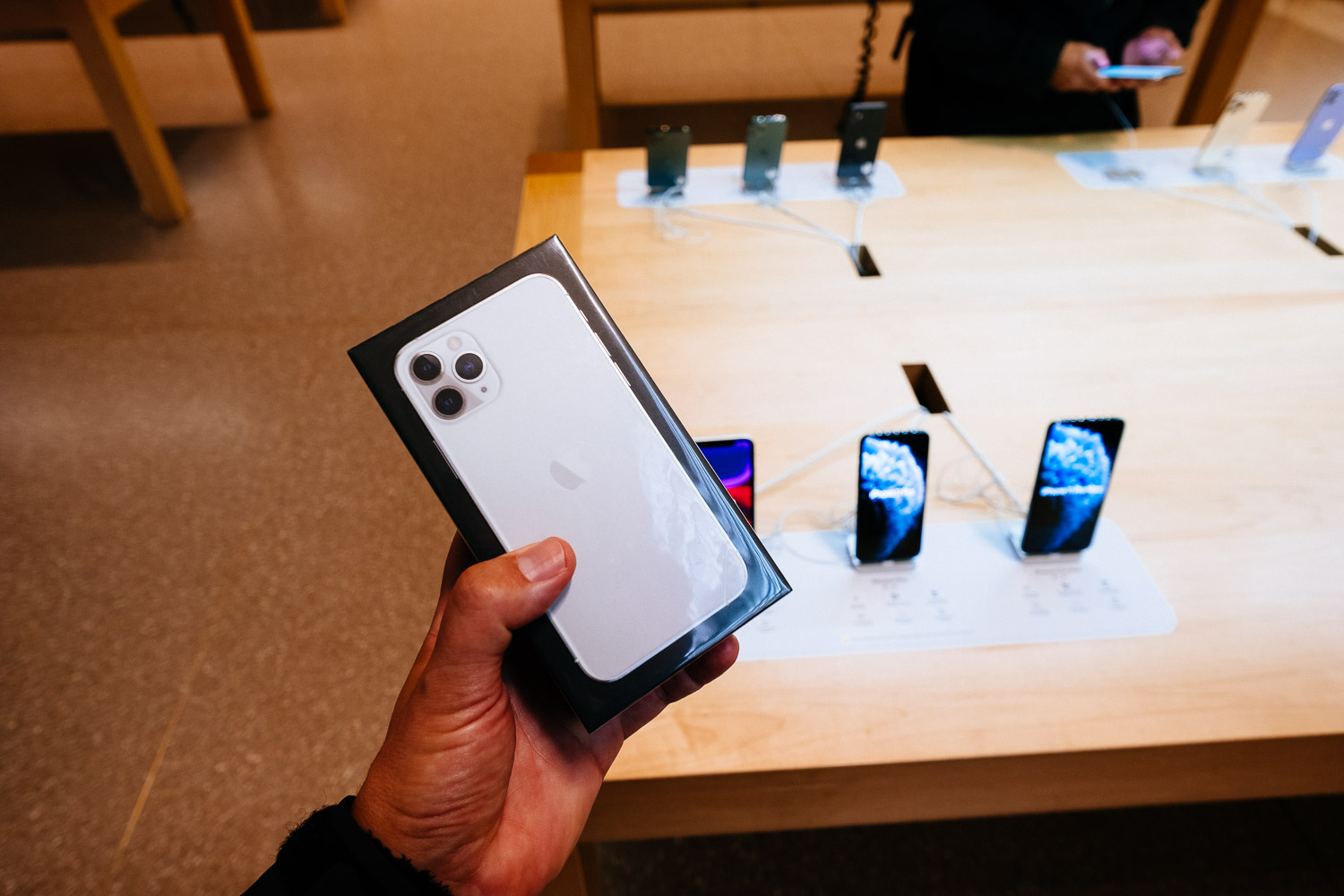 After I entered Grand Central I went straight to the Apple store. Of course they made me wait in a line to get the damn phone but there were just one guy in front of me and another  guy behind me from Spain who also couldn’t understand why we need to wait to purchase a phone.

Finally I got it as you can see in the image above. The only thing I needed to do was to disappoint the sales guy that wanted to explain all the new features for me. “I get it, it is a smart phone and it has a camera.” I paid, stowed the phone in the camera bag and left. Mission accomplished! 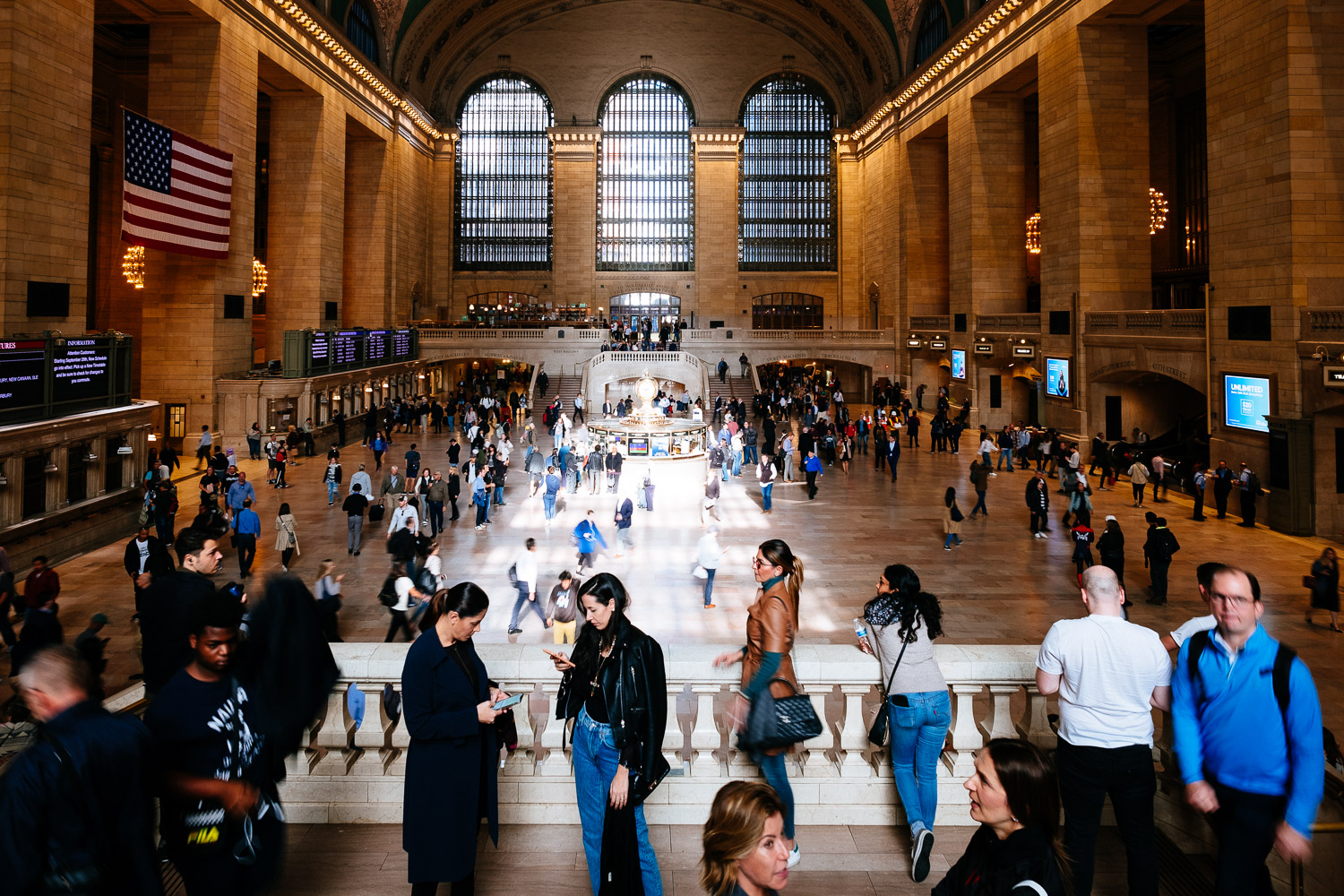 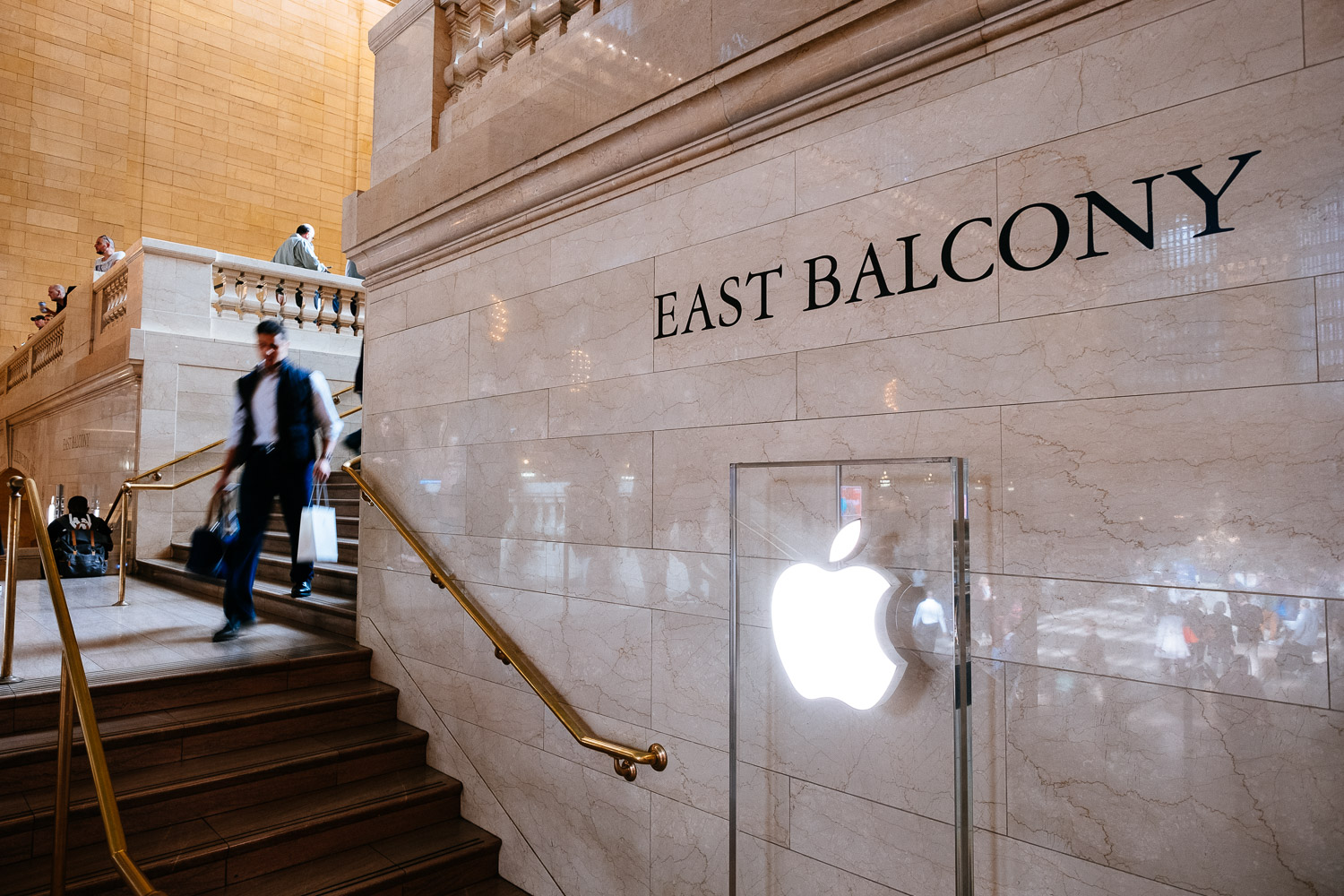 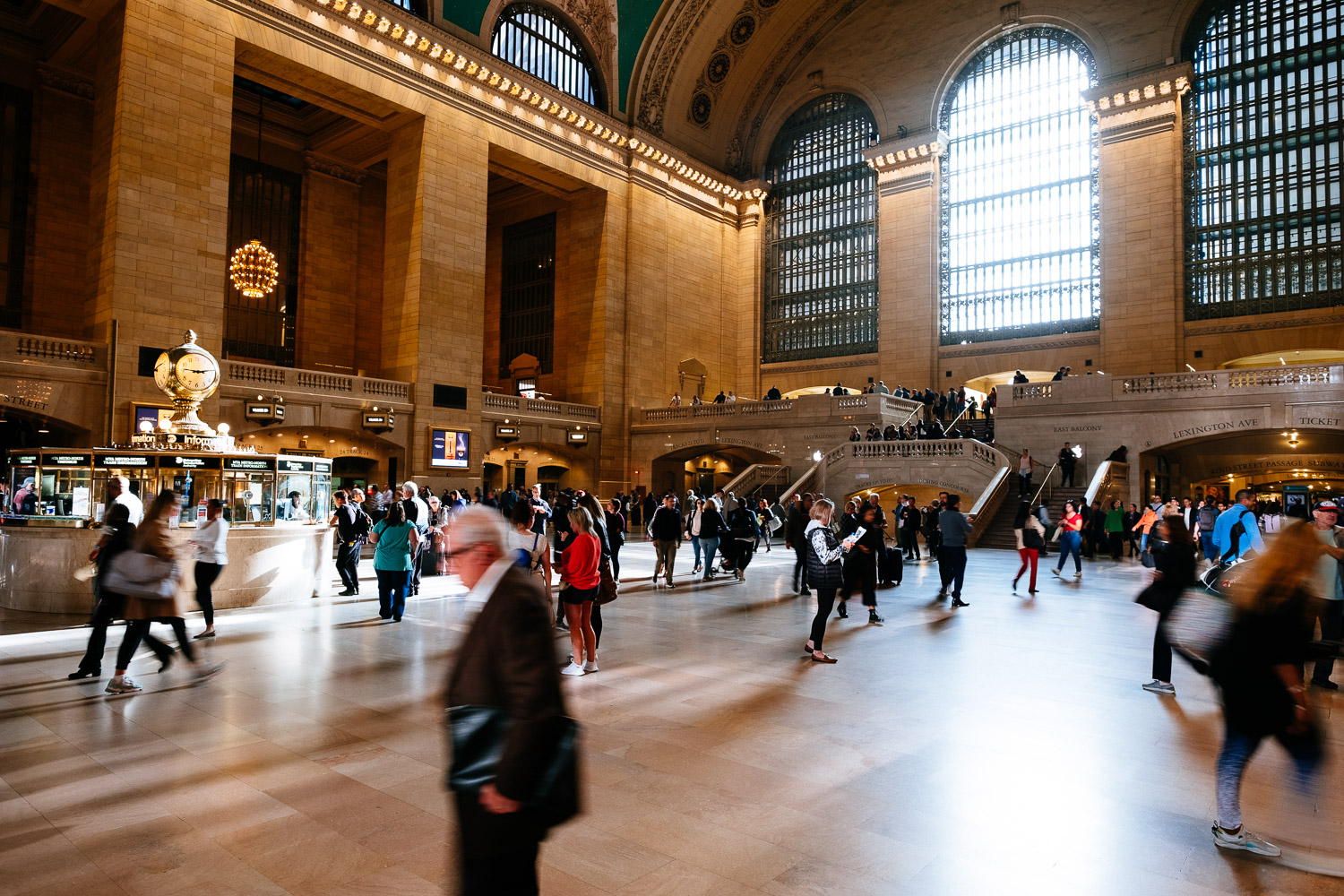 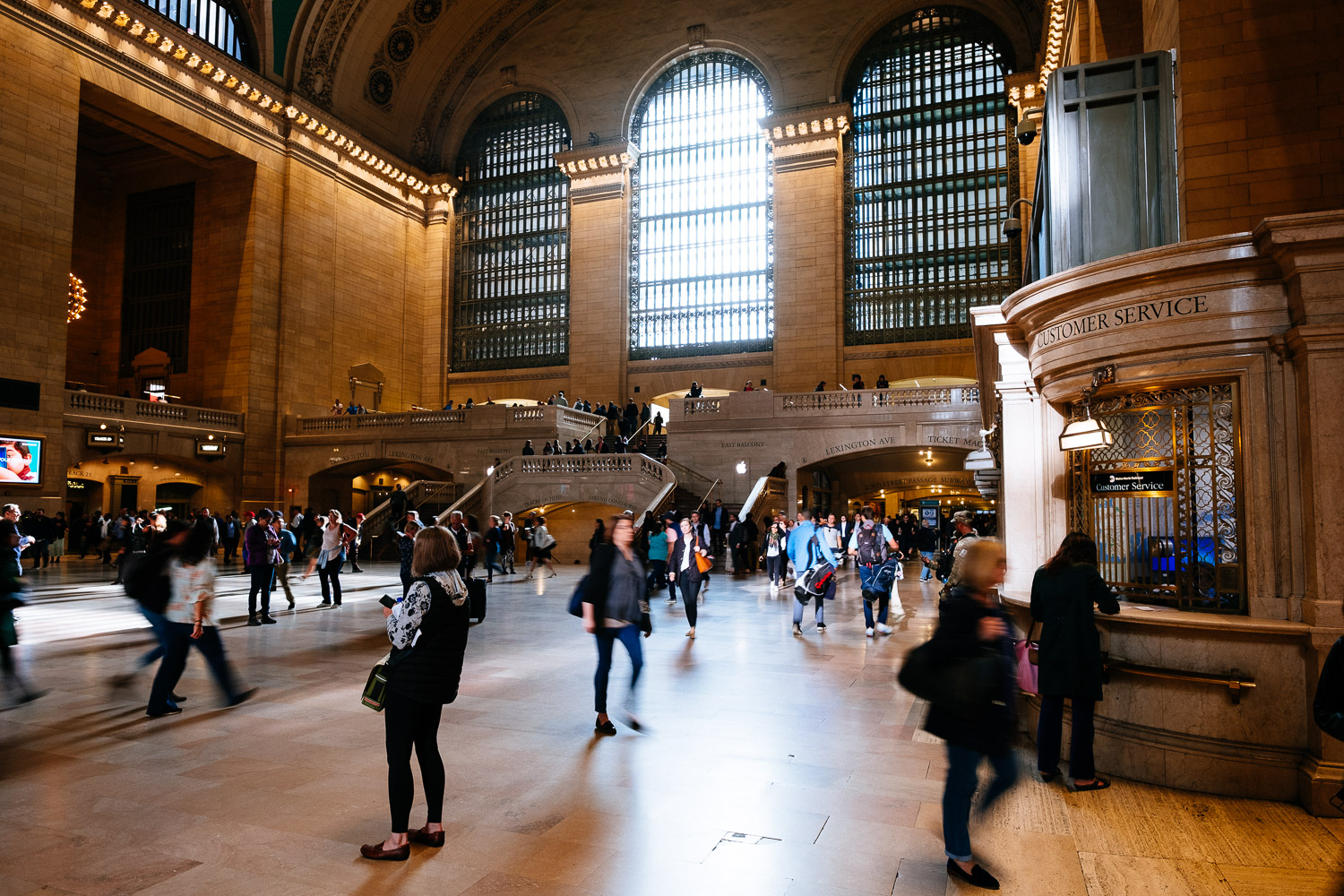 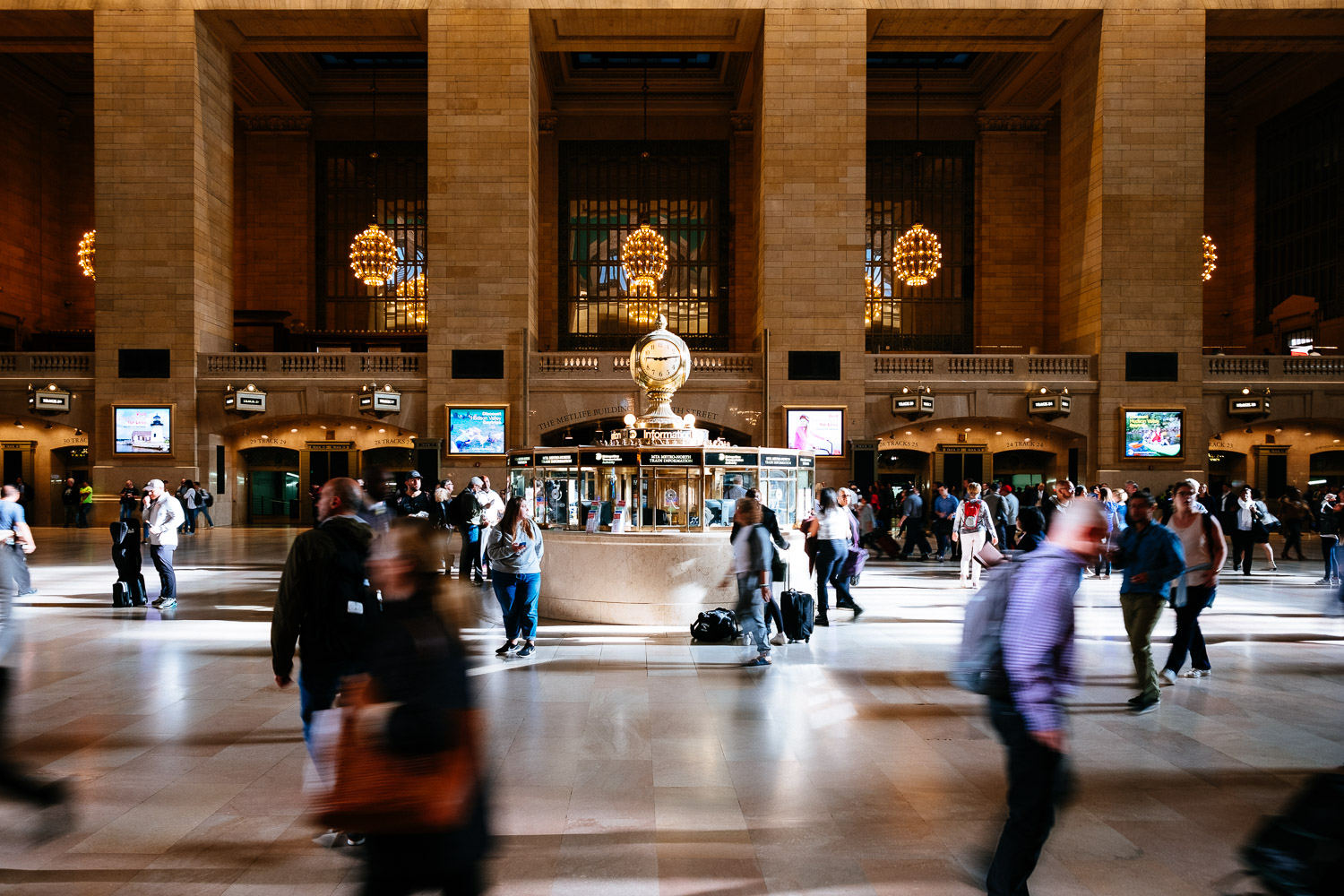 Now it’s the last chance to take some shots of the beautiful Grand Central Terminal before I leave. That’s why I decided to take my new Fuji X-ow Fuji make an old Fuji lover happy and make an X-Pro4 with a normal screen and IBIS. I would get that in a heartbeat because there is no way to deny that image stabilisation is just a very nice thing to have.

The last couple of days I used to shoot with the XF 10-24 OIS which is a very fine lens too but for me the XF 14/2.8 R just feels right. Just the right size and weight, just the right angle of view. Zero distortion, ZERO DISTORTION! and just a perfect rendering. This lens is just perfect and sharp as hell too. 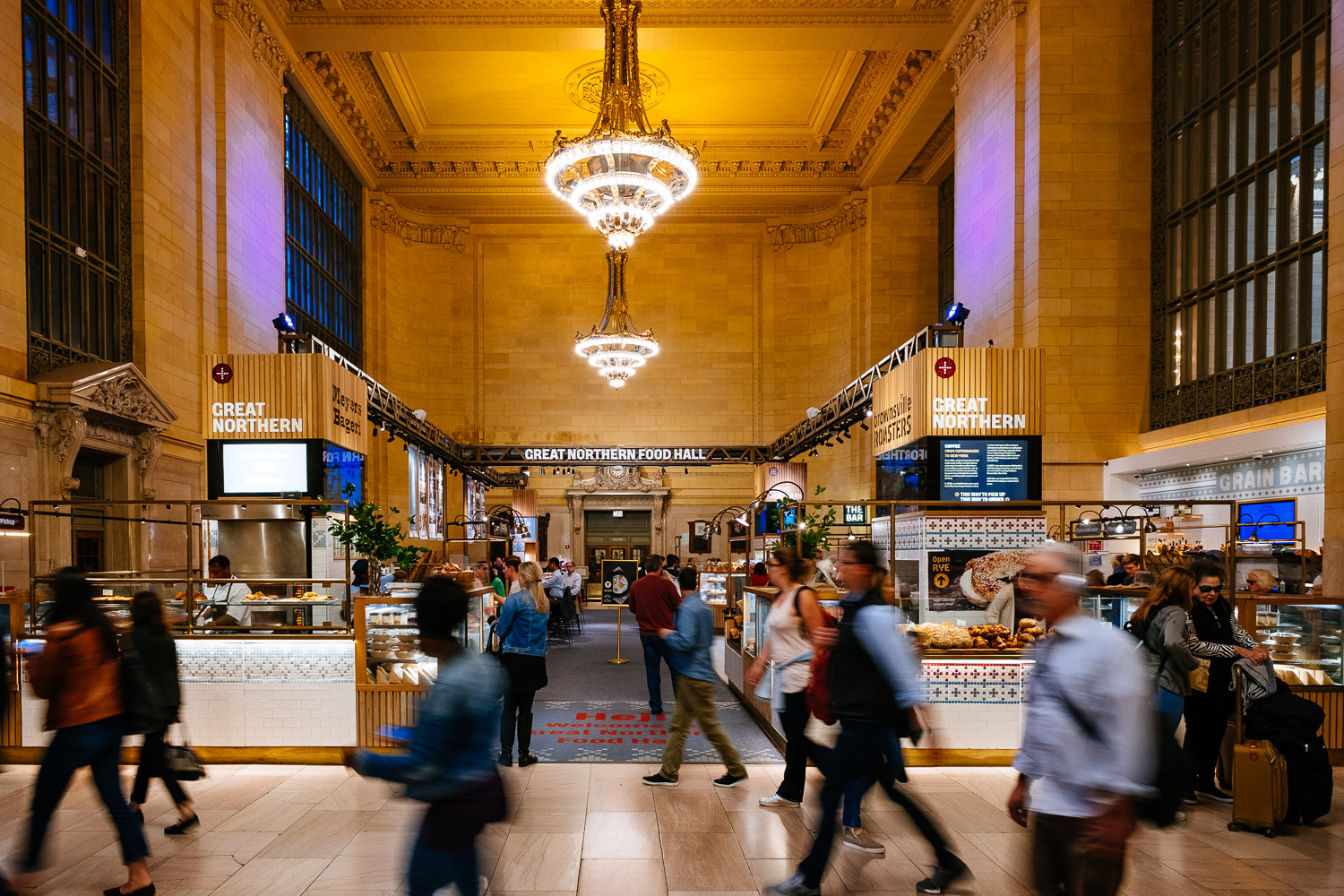 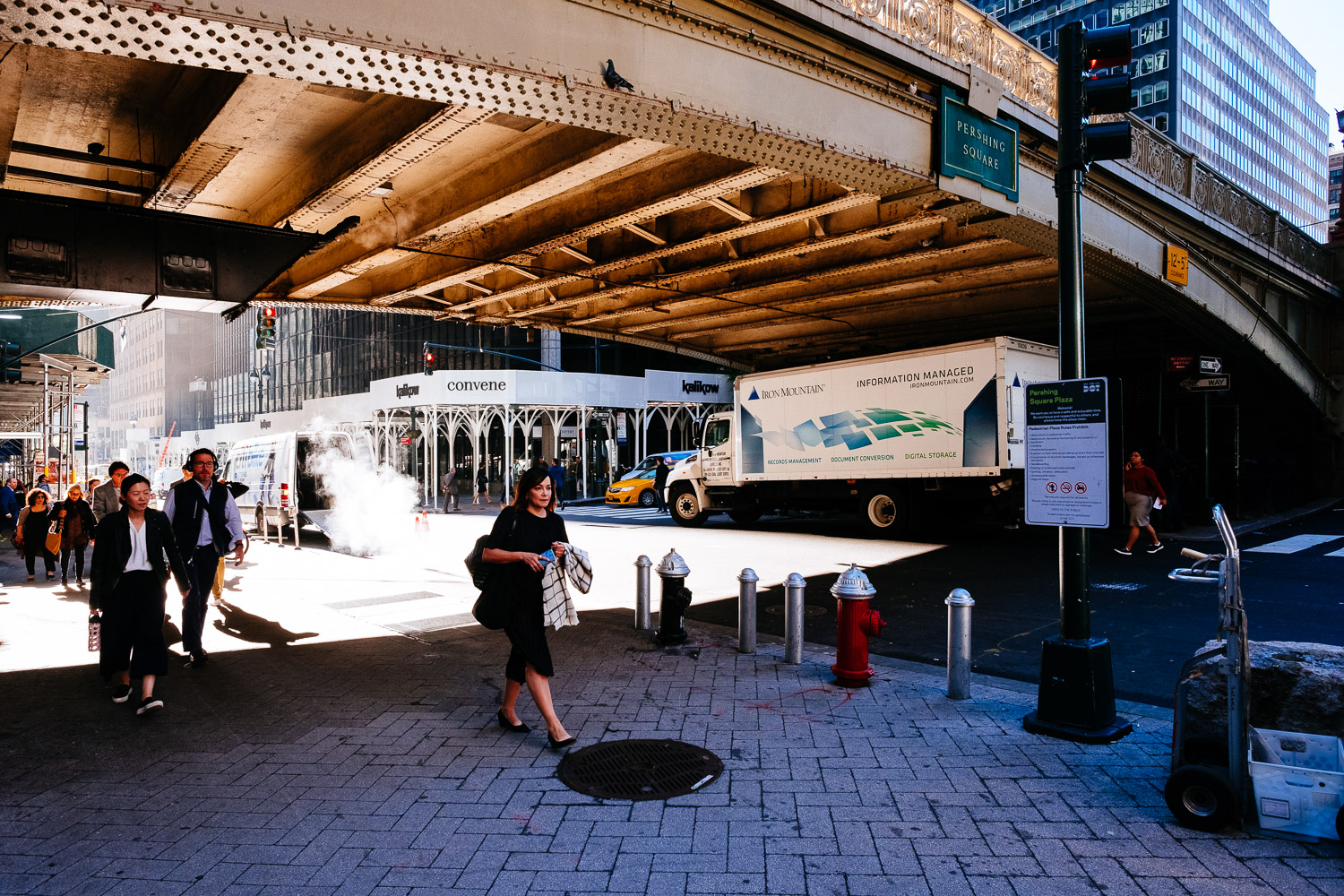 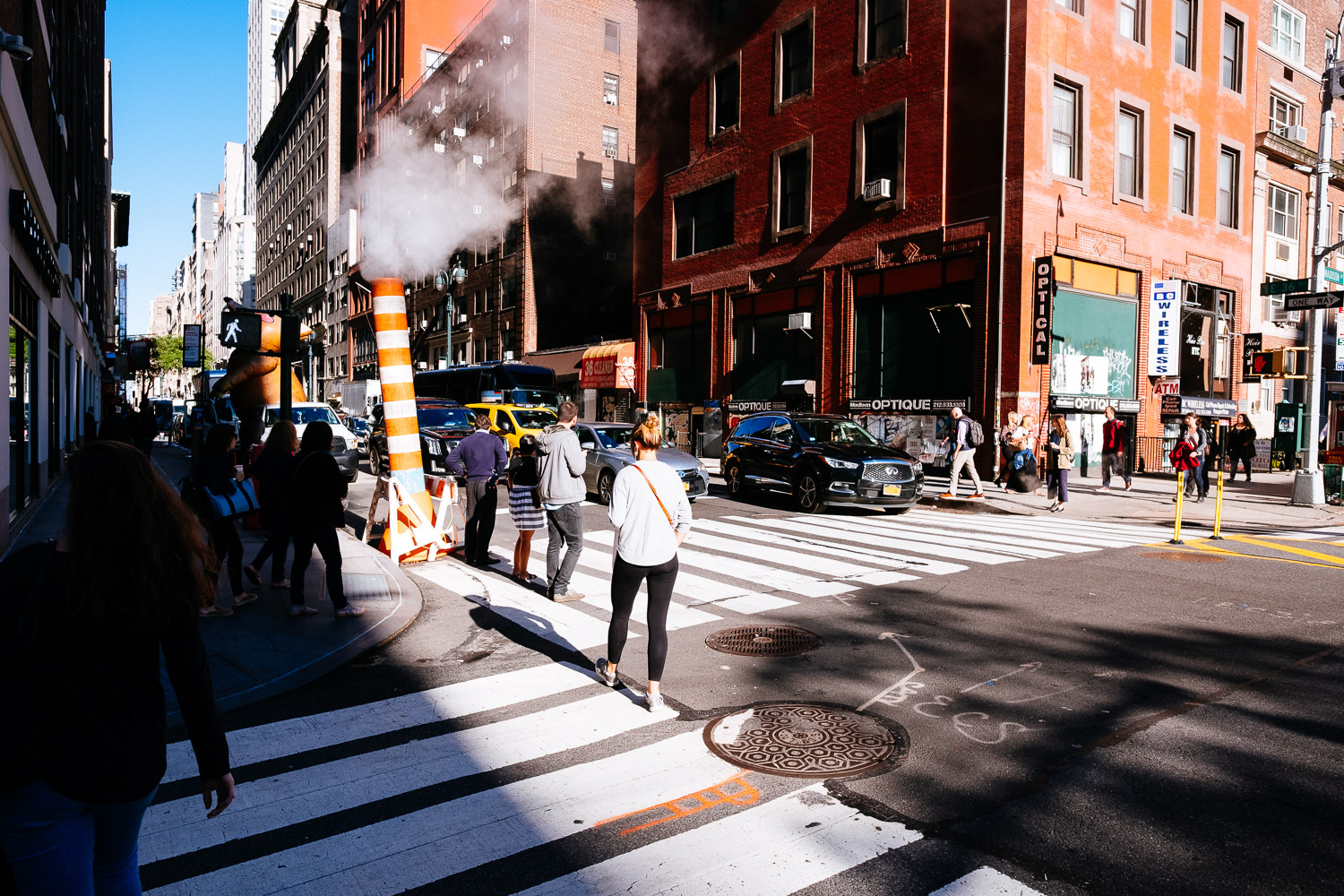 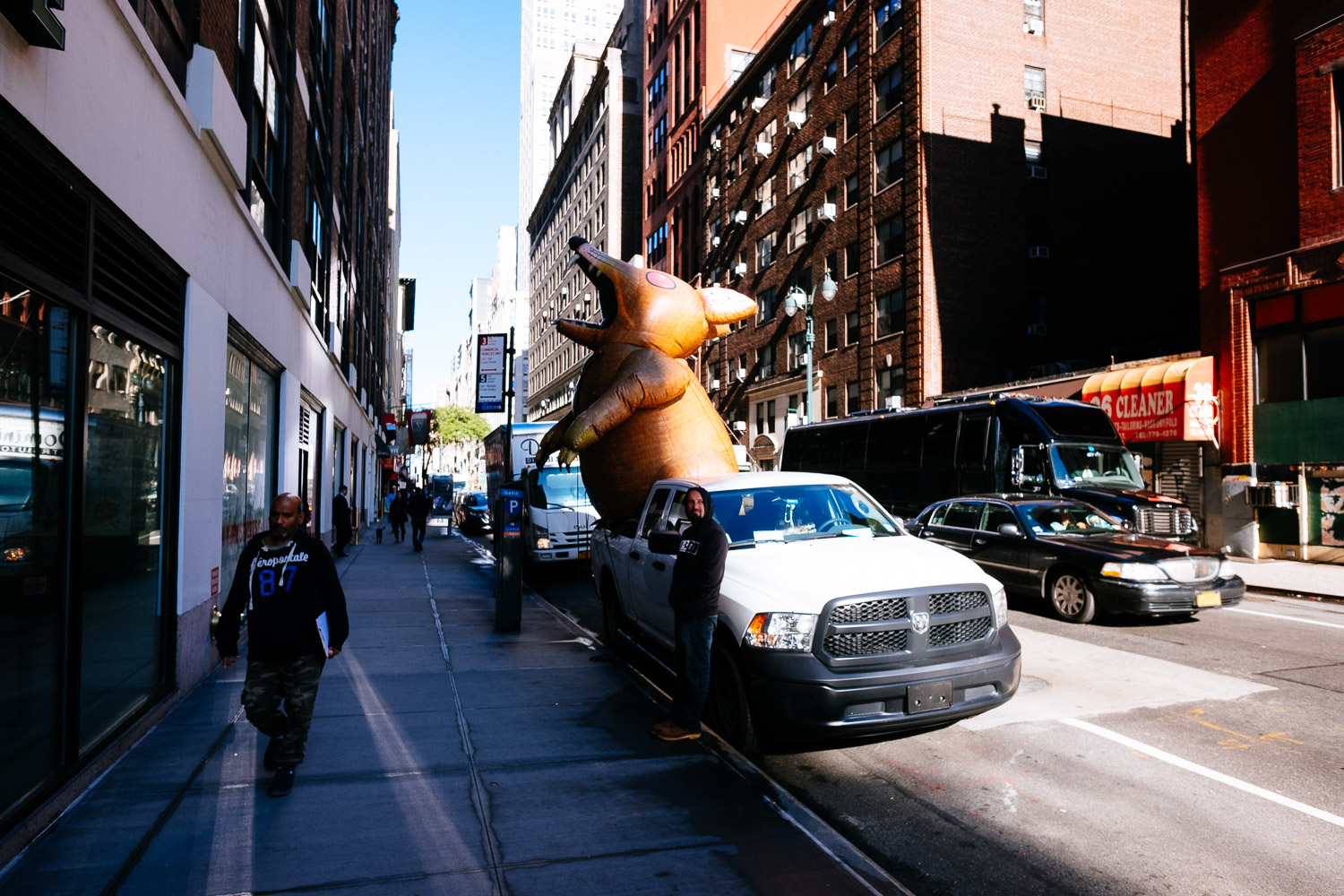 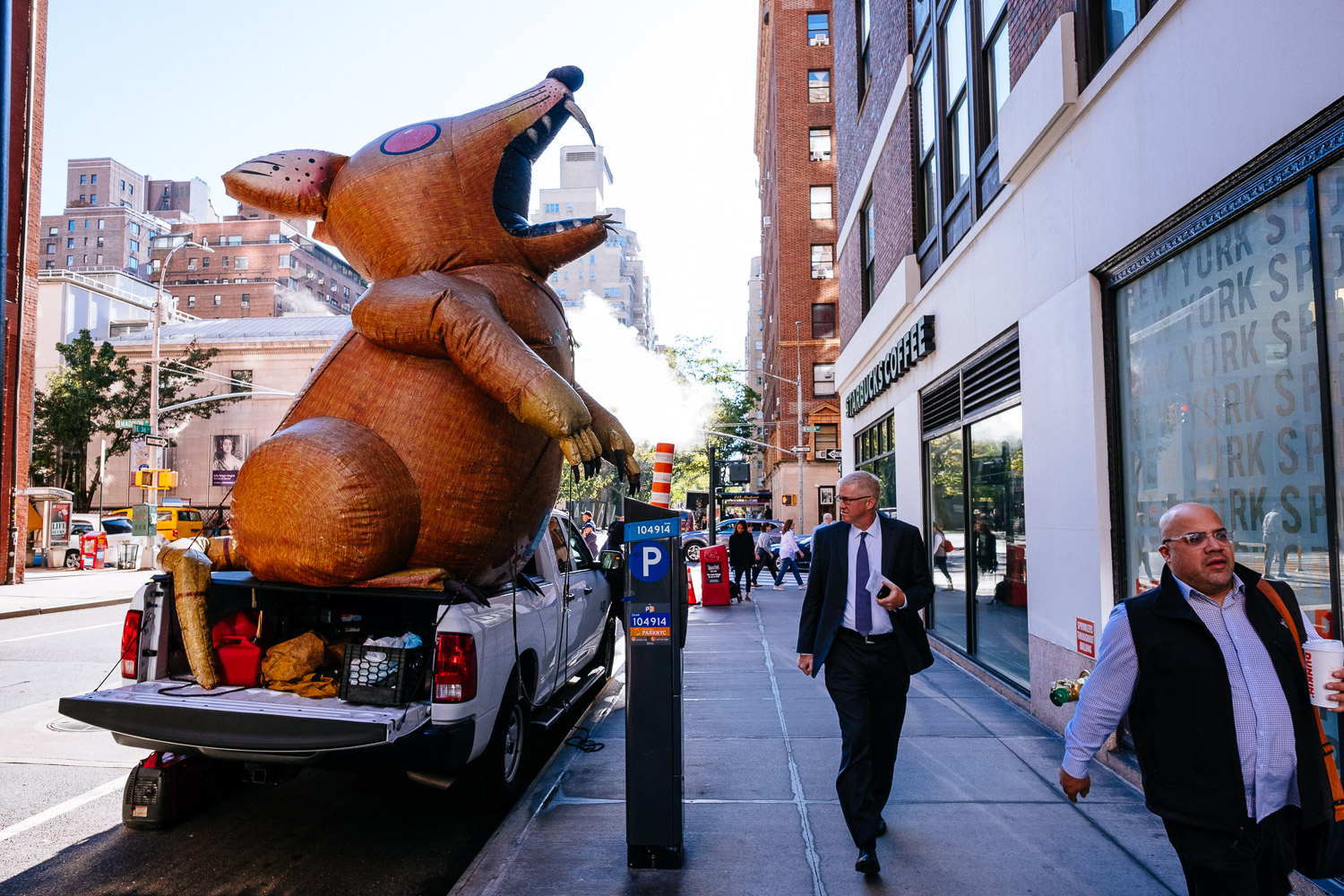 When I reached the block of my hotel the truck with the inflatable rat on its bed was still there. All those lovely little creatures that are lucky enough to live in this beautiful town. According to a study there are 2 million rats in New York City. Imagine that! 2 million rats! That would be a hell of a picture!

But it is time to leave. Time to leave Pizza rat and his 1.999.999 million friends. Time to leave New York City. Time to leave the USA. This was our seventh vacation in the USA. At the time when we left Covid19 was unknown. The virus that changed everything not only travel plans. No idea when we will be back here or anywhere.

Now we are hiding in our homes while the rats are fine. 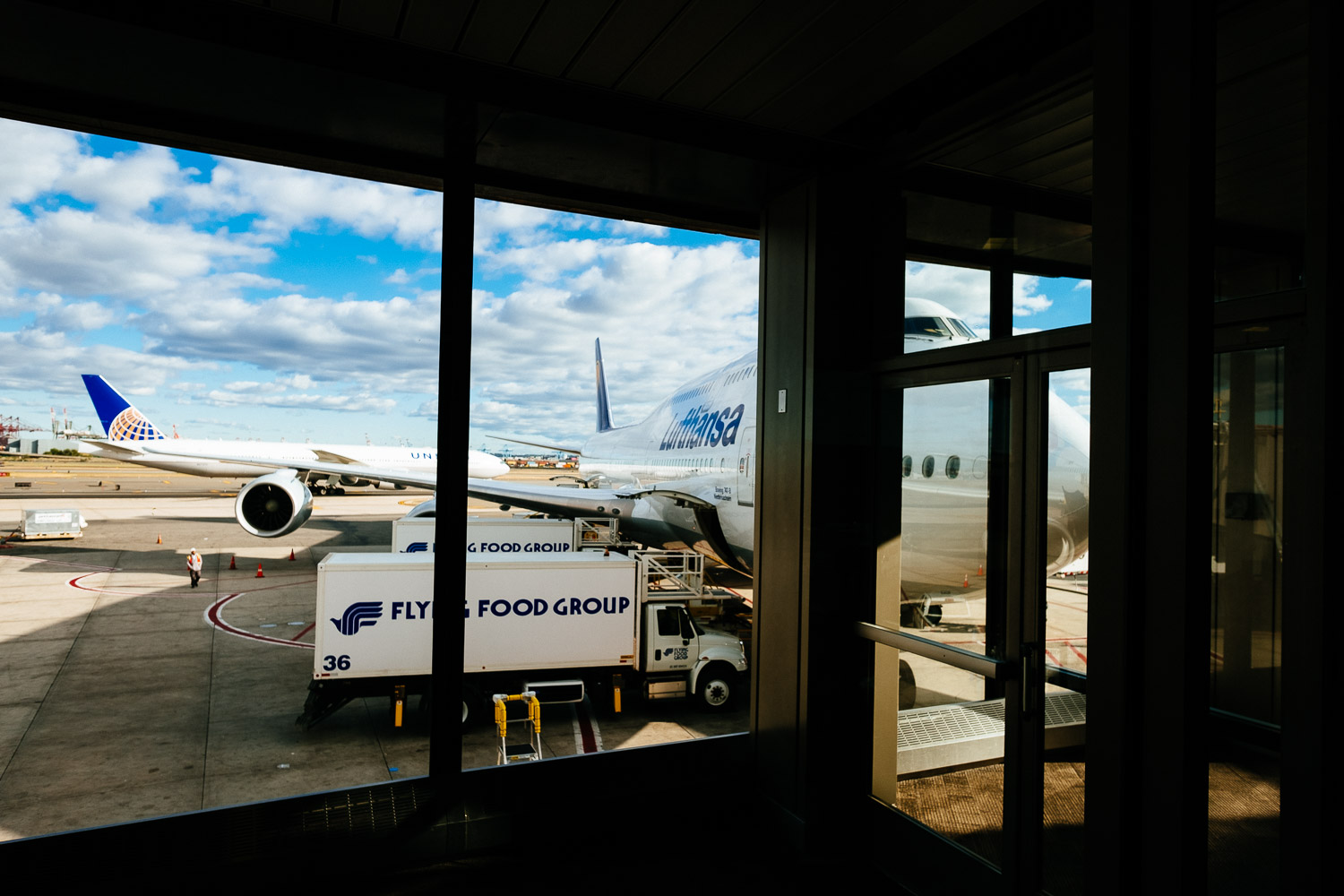