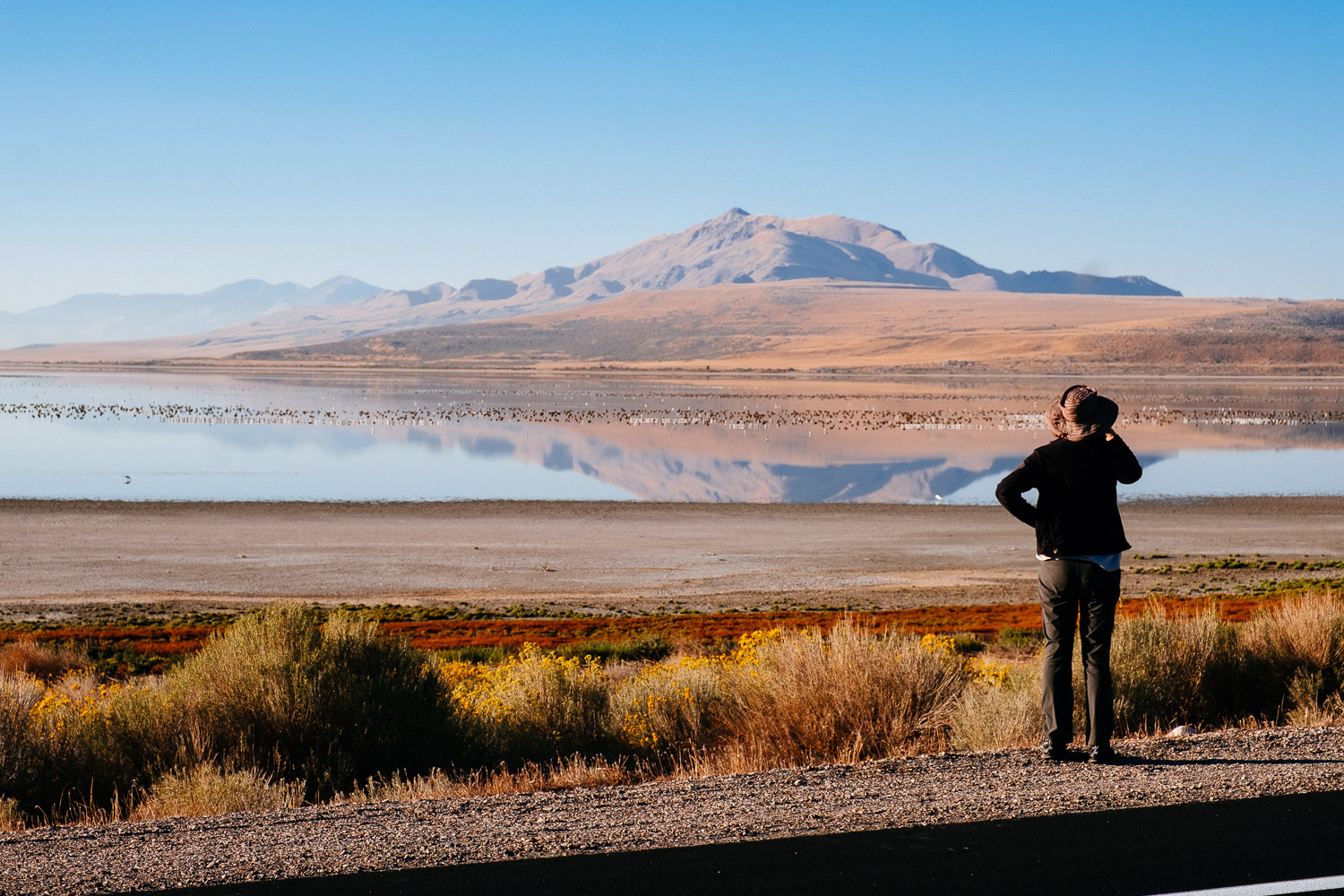 Antelope Island. We arrived the day before and stayed close to the Antelope Island Road in order to capture the island in beautiful morning light.

When we started we were alone on the road that connects the North of Antelope Island with the main land. Just a couple of cyclist. It was quiet and peaceful and the light was magic! 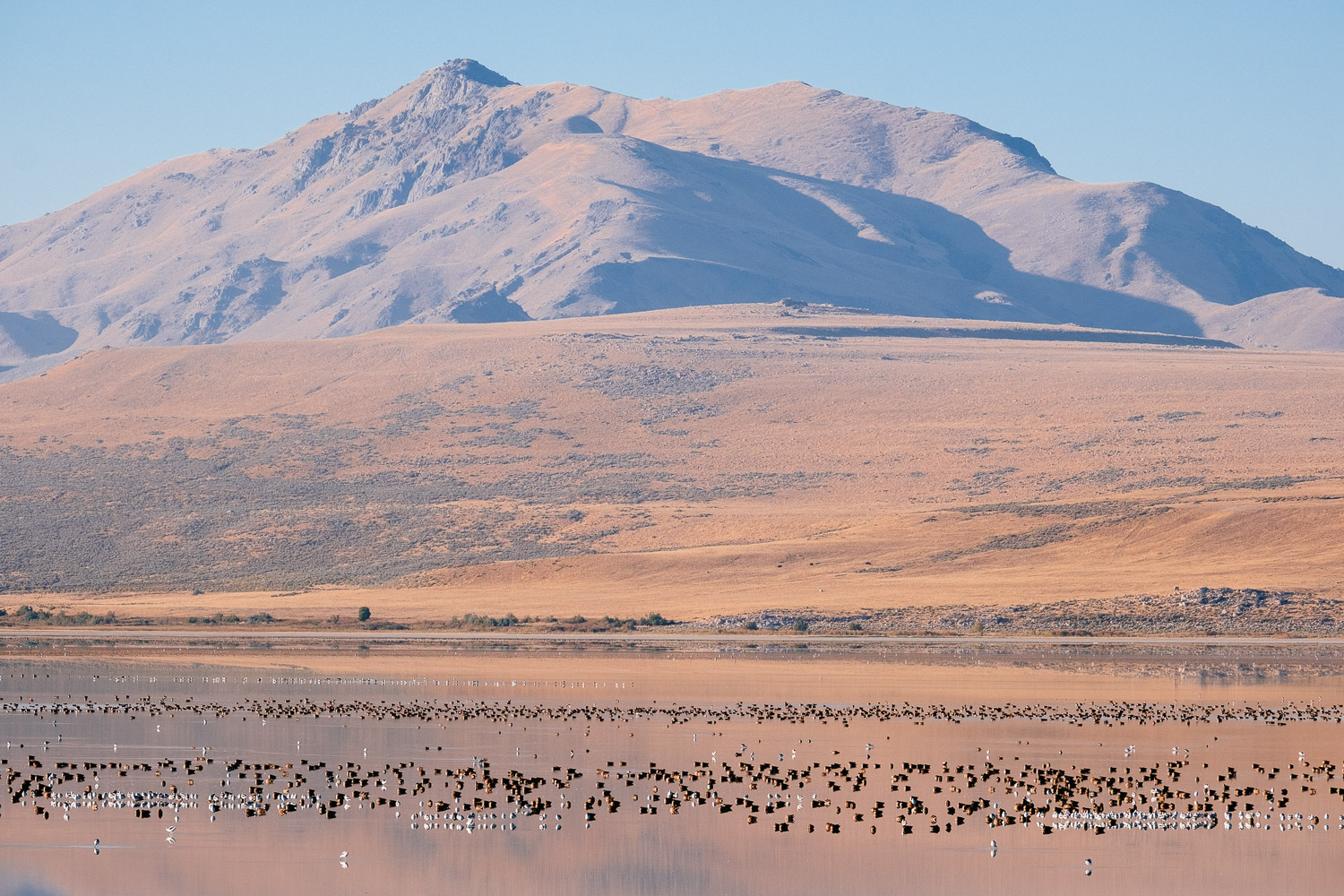 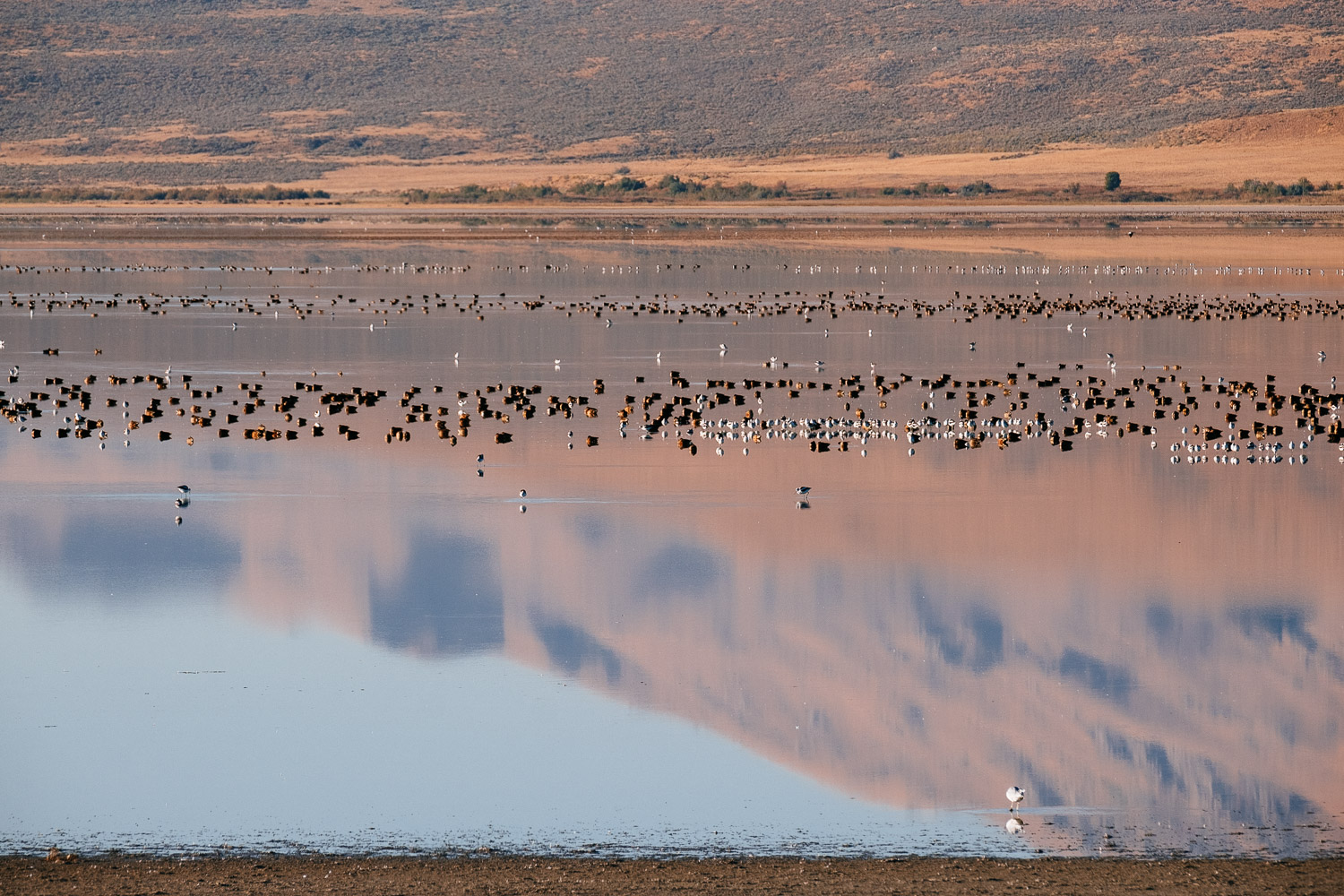 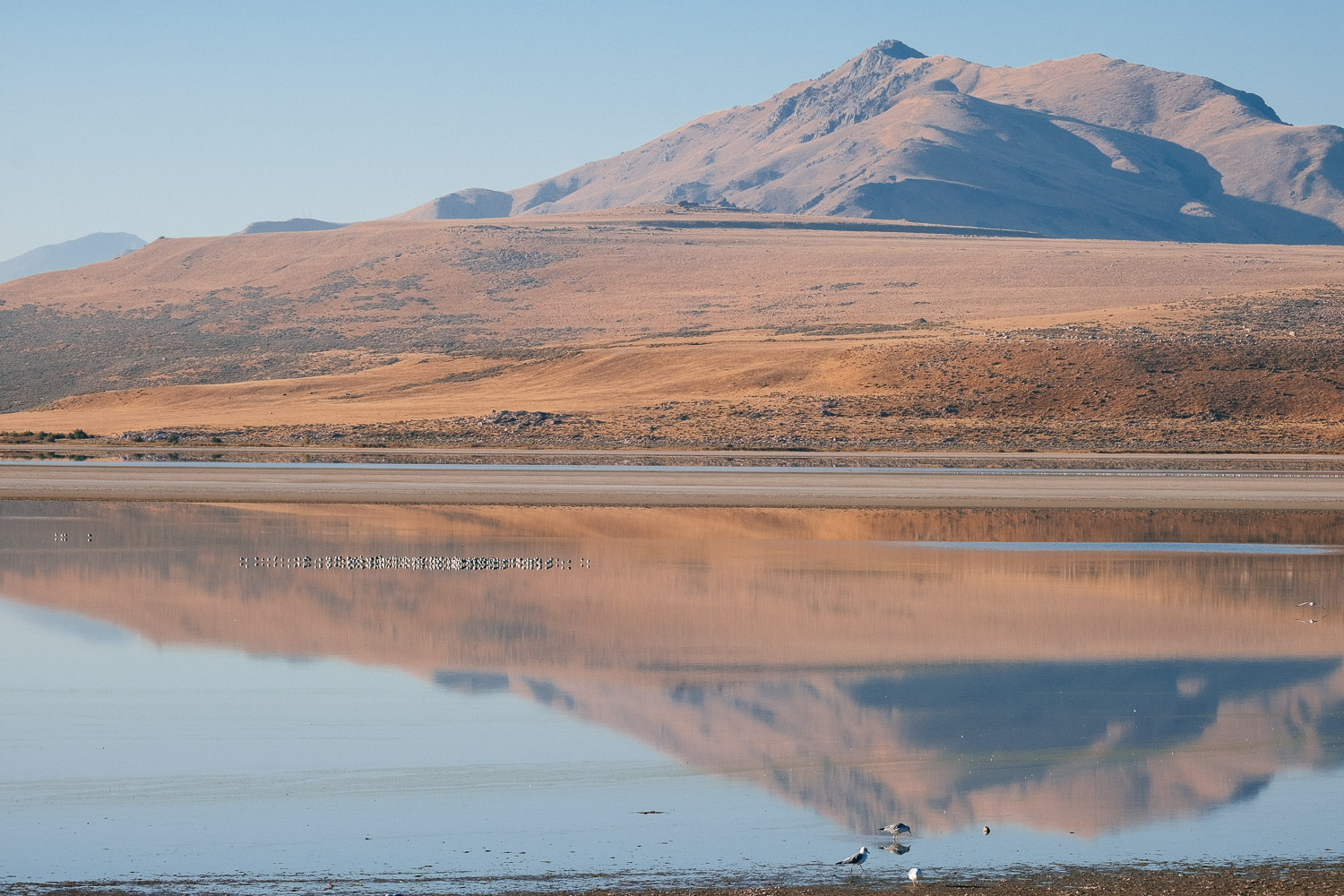 I knew already that this would be the day for my Fuji XF 100-400 OIS. A lens that I don’t shoot that much because I don’t shoot wildlife or birds anymore. But it’s a great lens and of course not only for wildlife and bird photography. On this trip it became my landscape tele lens because I prefer its optical quality over the XF 55-200 OIS.

So during our visit on the island I shoot mainly with two lenses. The XF 16-55/2.8 WR and the XF 100-400 OIS. Both lenses are just excellent and the might all one ever needs if he is not into wide angle photography. The 16-55 as standard and the 100-400 for everything longer. Simple and perfect.

Below is my first close up shot of a bison. I resisted to clone out the lamp post in the background. The bison was very close to the visitor centre and the lamp post belong to the parking lot. When I saw the cyclist riding up the little hill I quickly switched to the 16-55 to put the biker and the bison in one frame. The perfect shot. 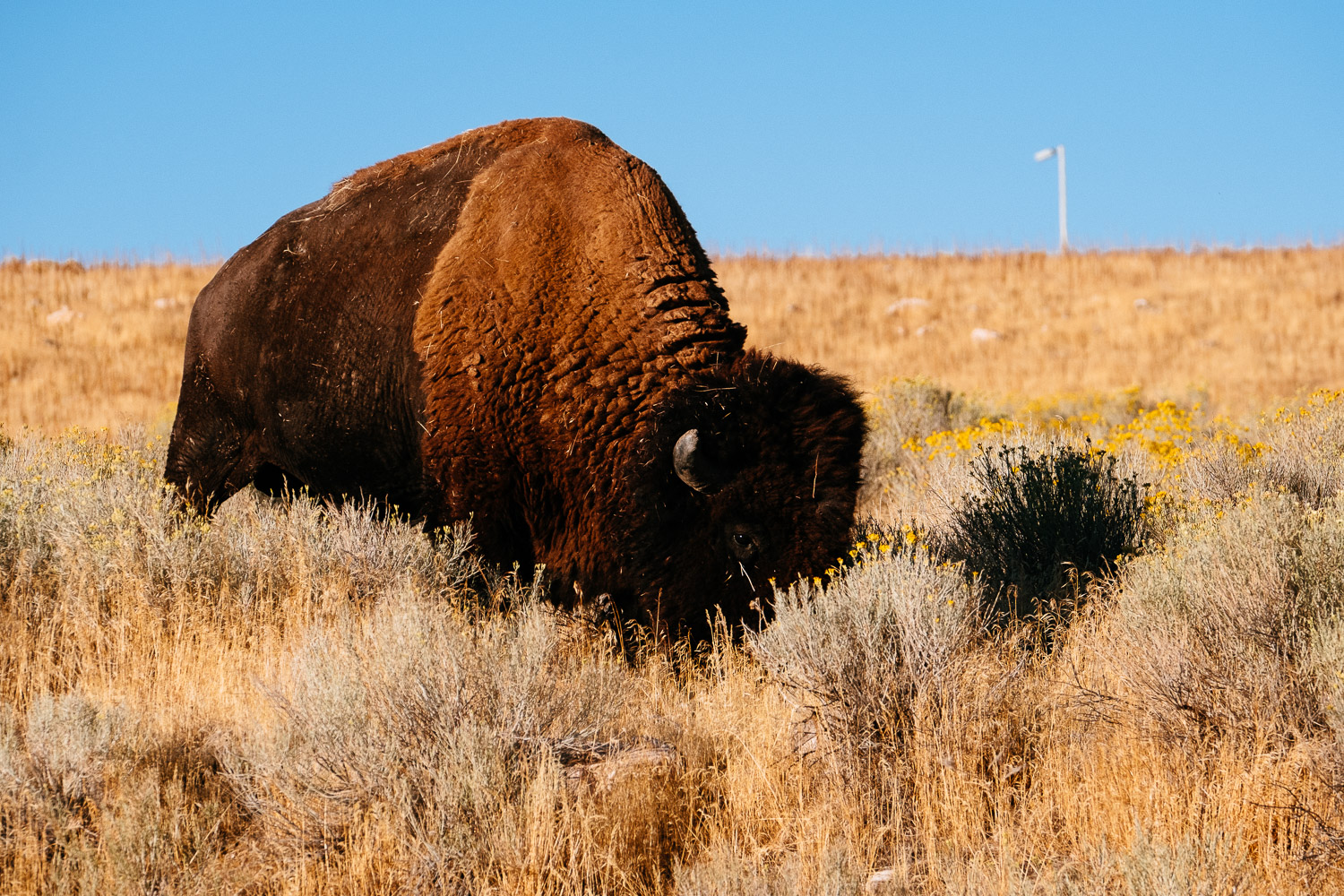 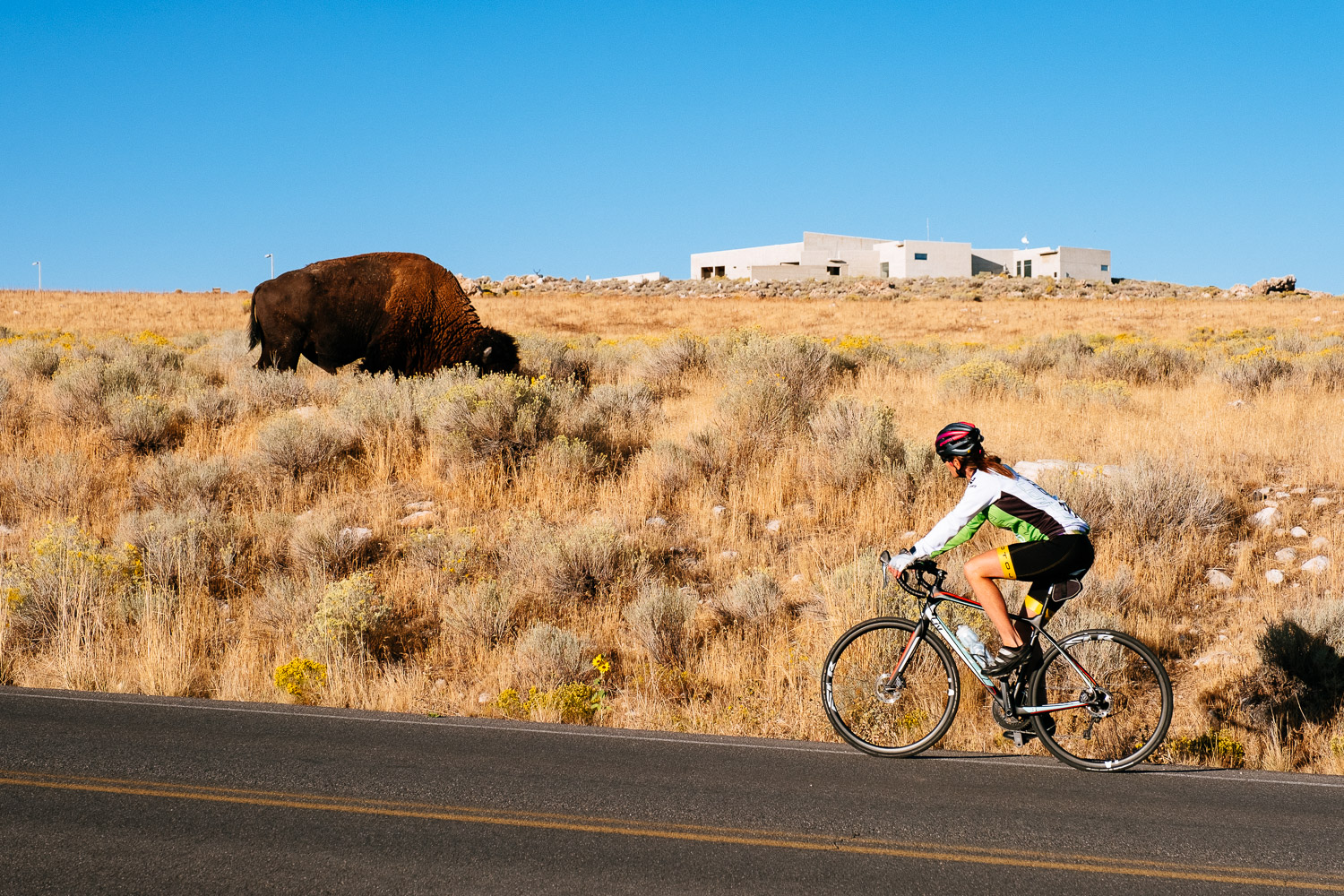 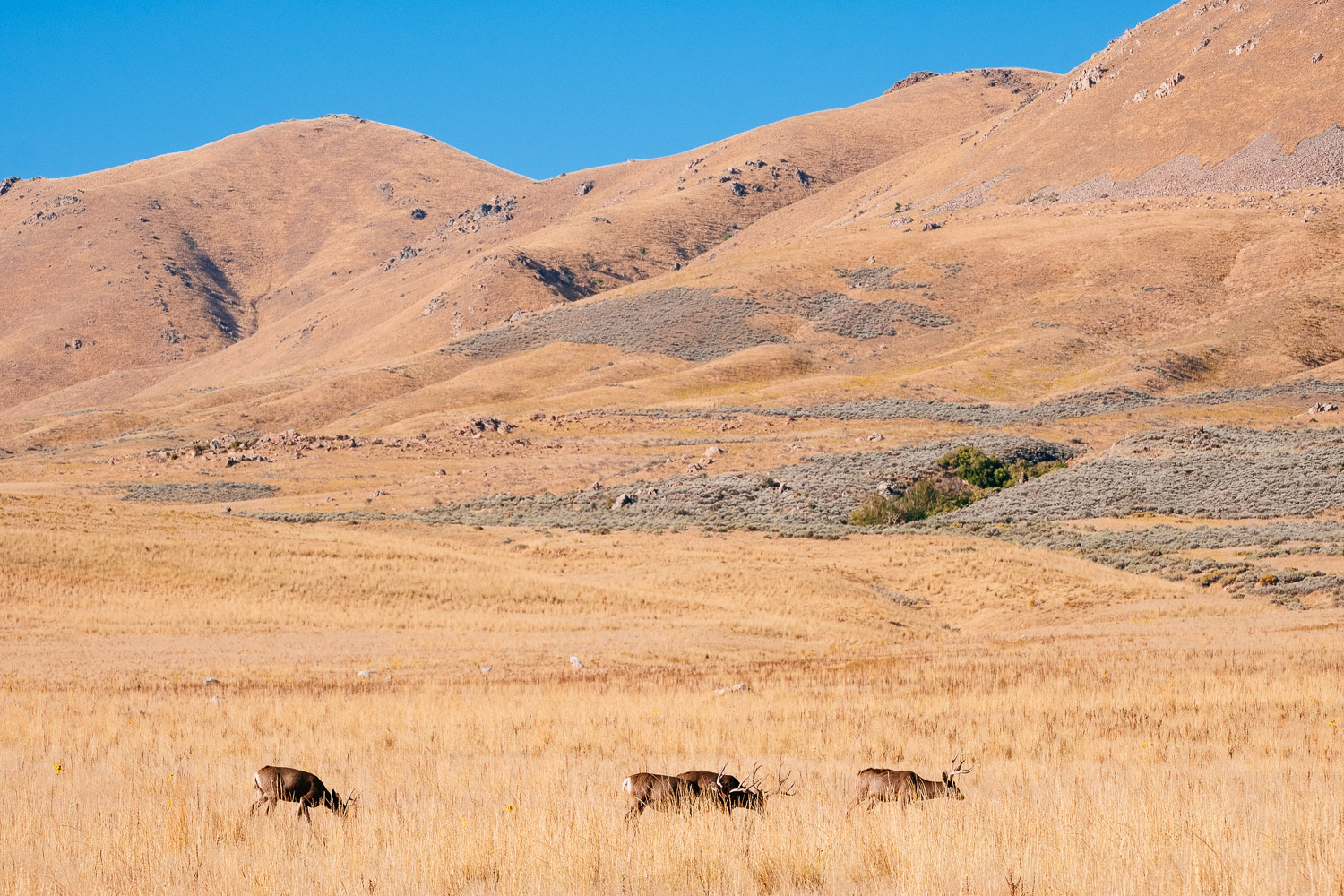 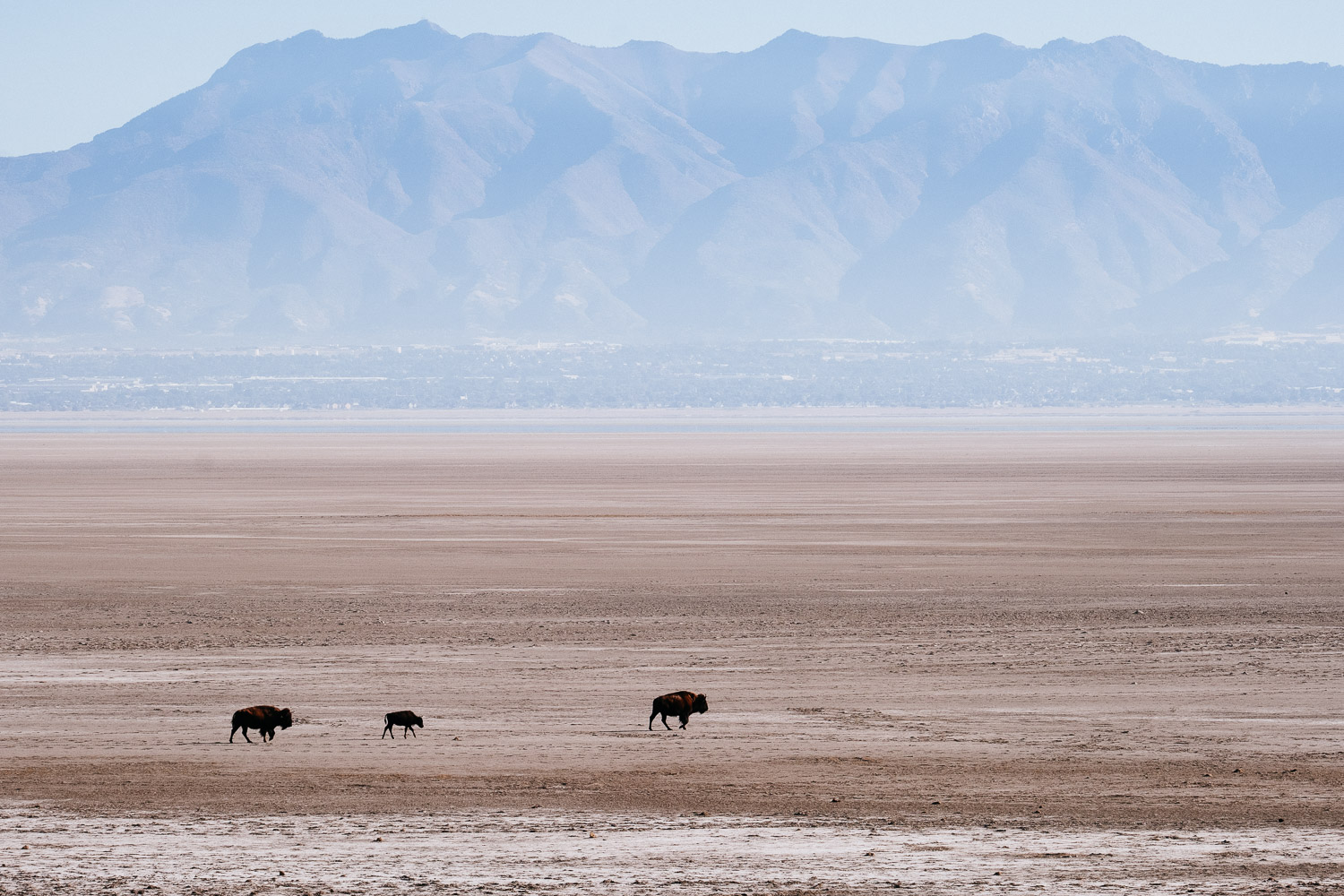 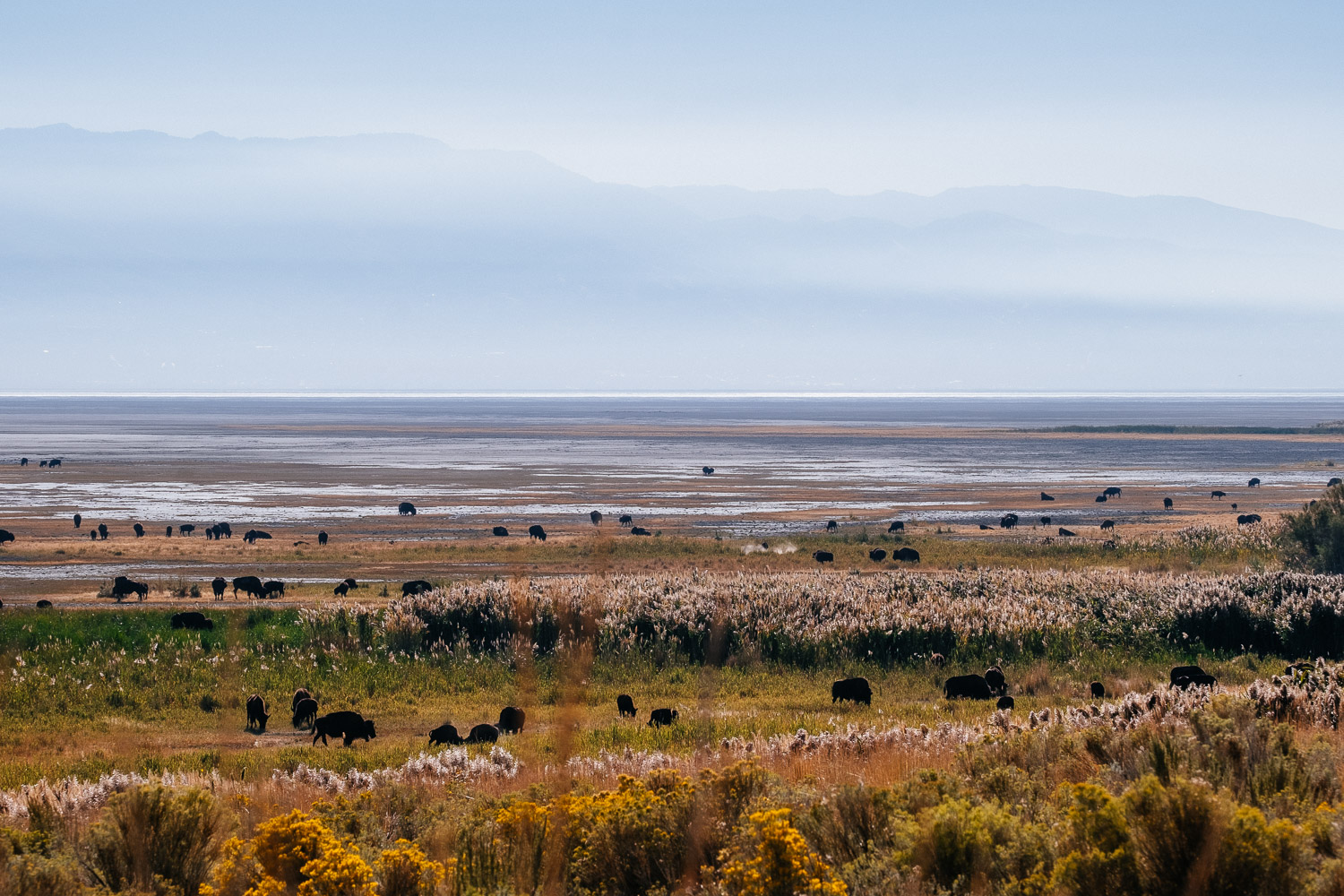 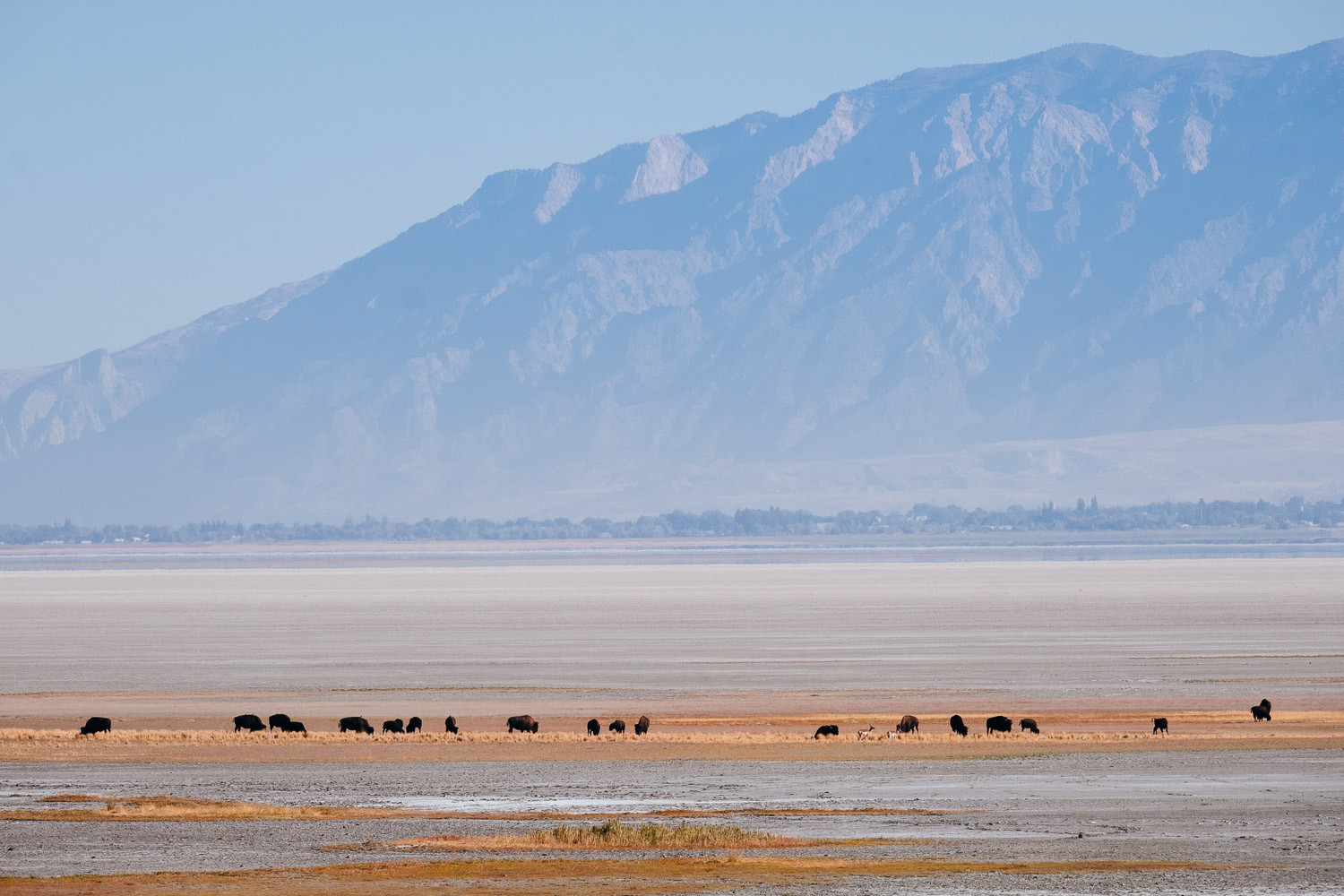 But the close ups were not my favourite bison shots of that day. I preferred the landscape shots where the bisons were far away in front of the distant mountain range. The bison is such an icon animal that even if it is tiny in the frame you can clearly tell that it’s a bison. There is no chance to confuse them with cattle.

At the end of the road we visited the farm. All the bison on the island belong to this farm. So those bisons are not wild animals anymore. Today most bisons aren’t. They have become farm animals. It’s hard to imagine that there was a time when more than 30 million bison roam the plains of North America. Long before the white men almost killed every single one of them. Their total number was down to 325 at the end of the 19th century! Now there are about 500.000 animals again but they are still a rare sight. This is our sixth trip to the USA and the first time that we saw bisons. 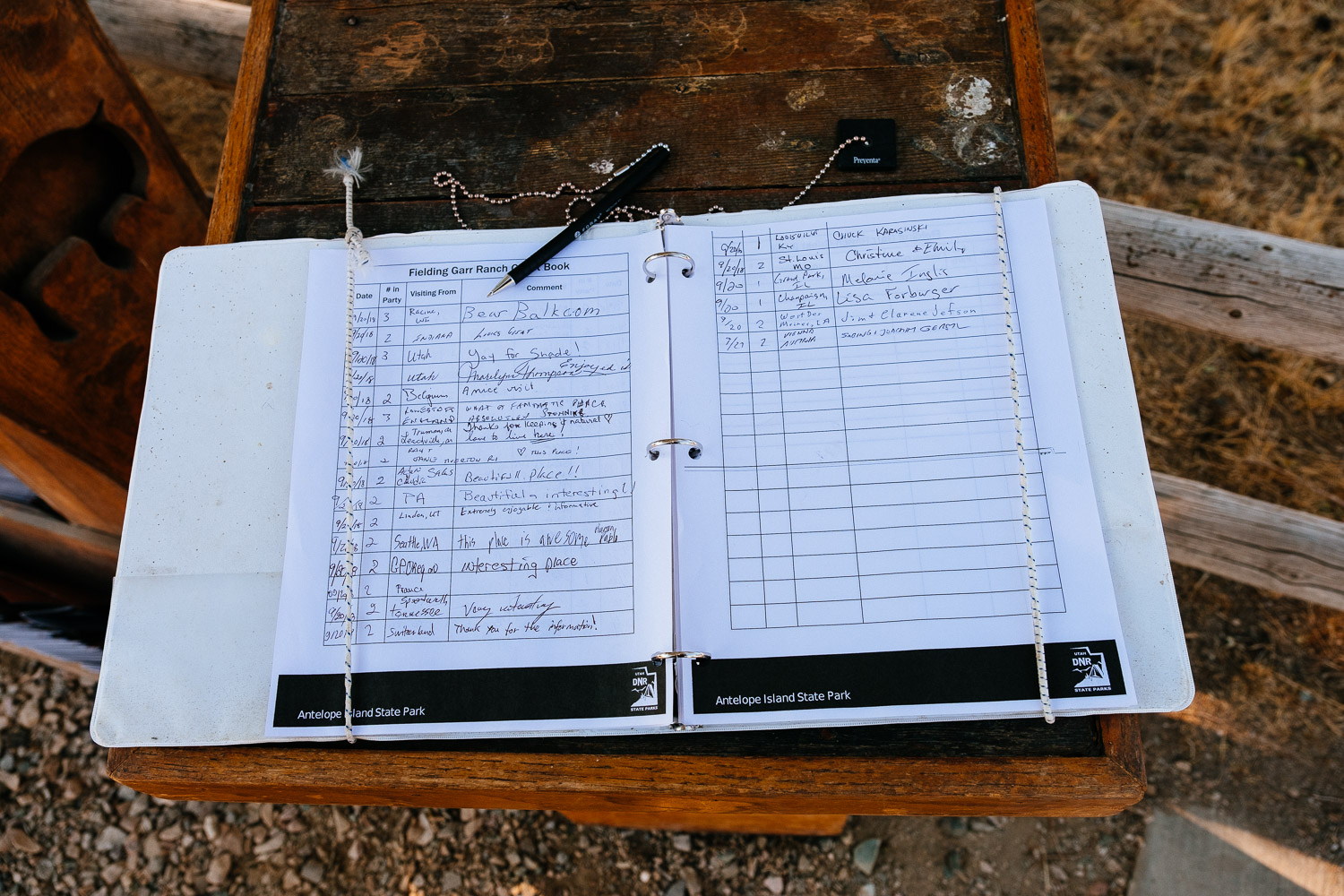 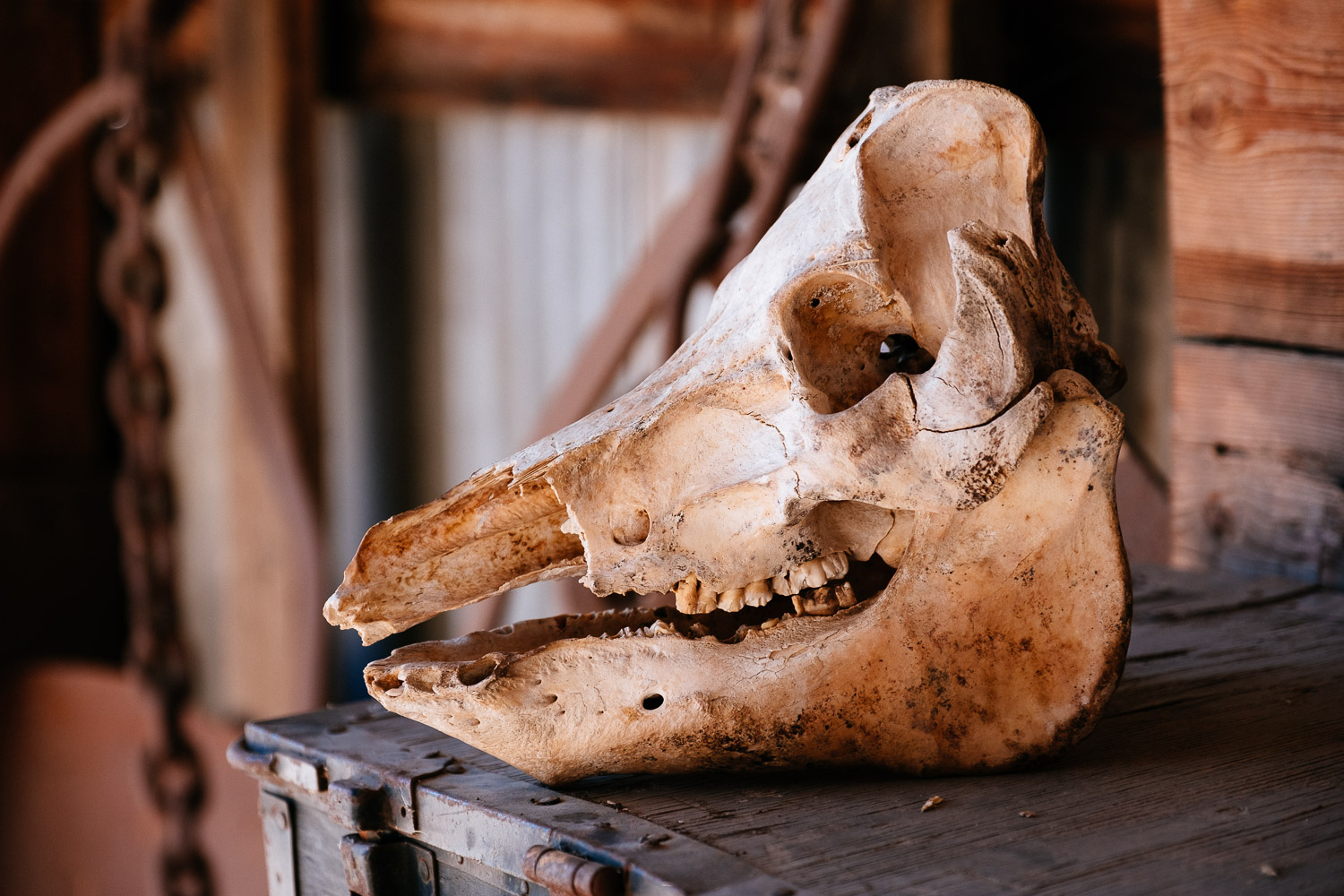 During our day at the island and at the farm we were almost alone but the farmer told us that there are thousands of tourist during peak season.

It’s easy to understand why. The people want to see bisons and this is one of the best opportunities beside Yellowstone. But the island offers so much more. There is wildlife and there is a beautiful landscape. Sandy beaches, grassland and the distant mountains on the main land. Antelope Island is a beautiful place. I’m glad that I finally saw it. 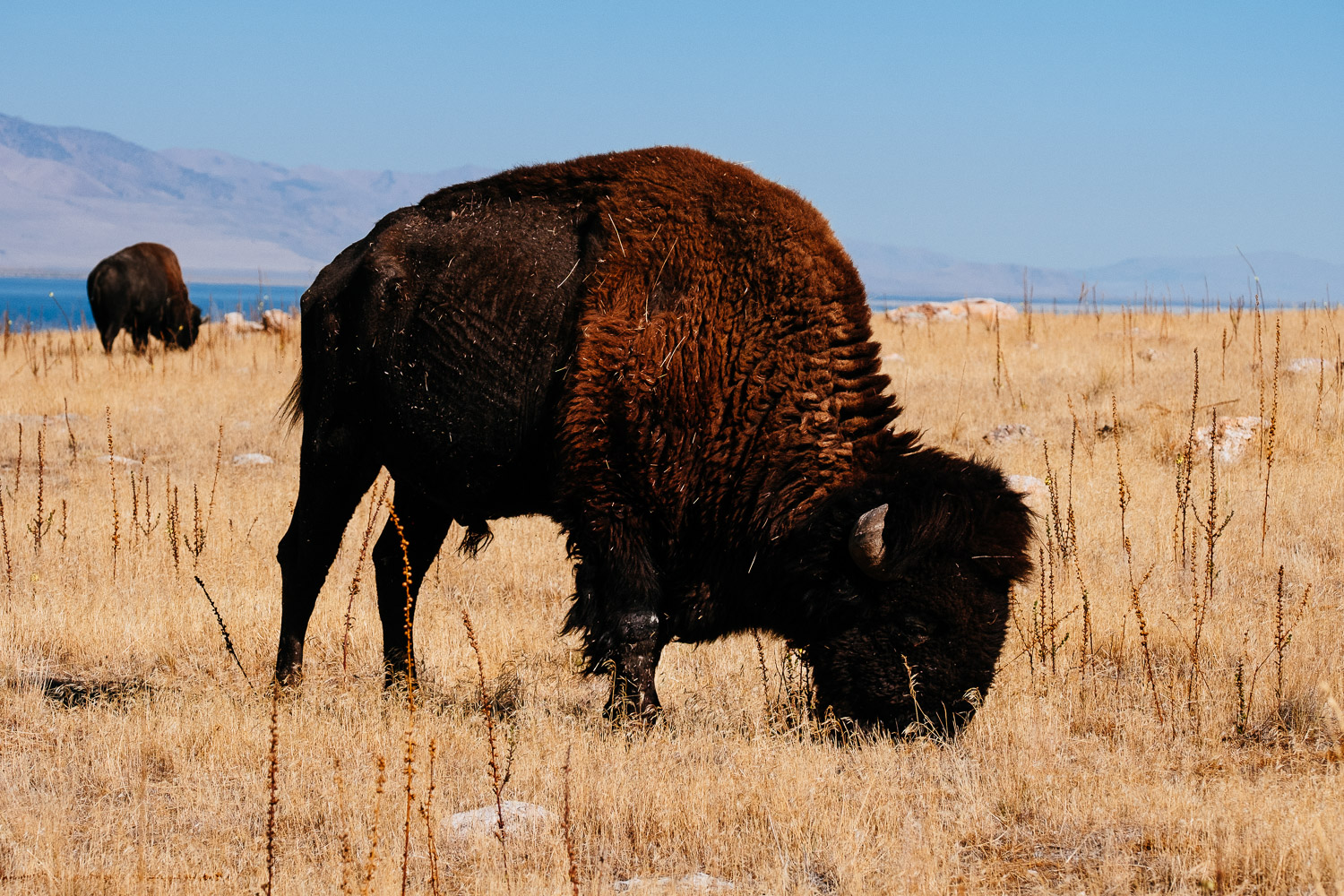 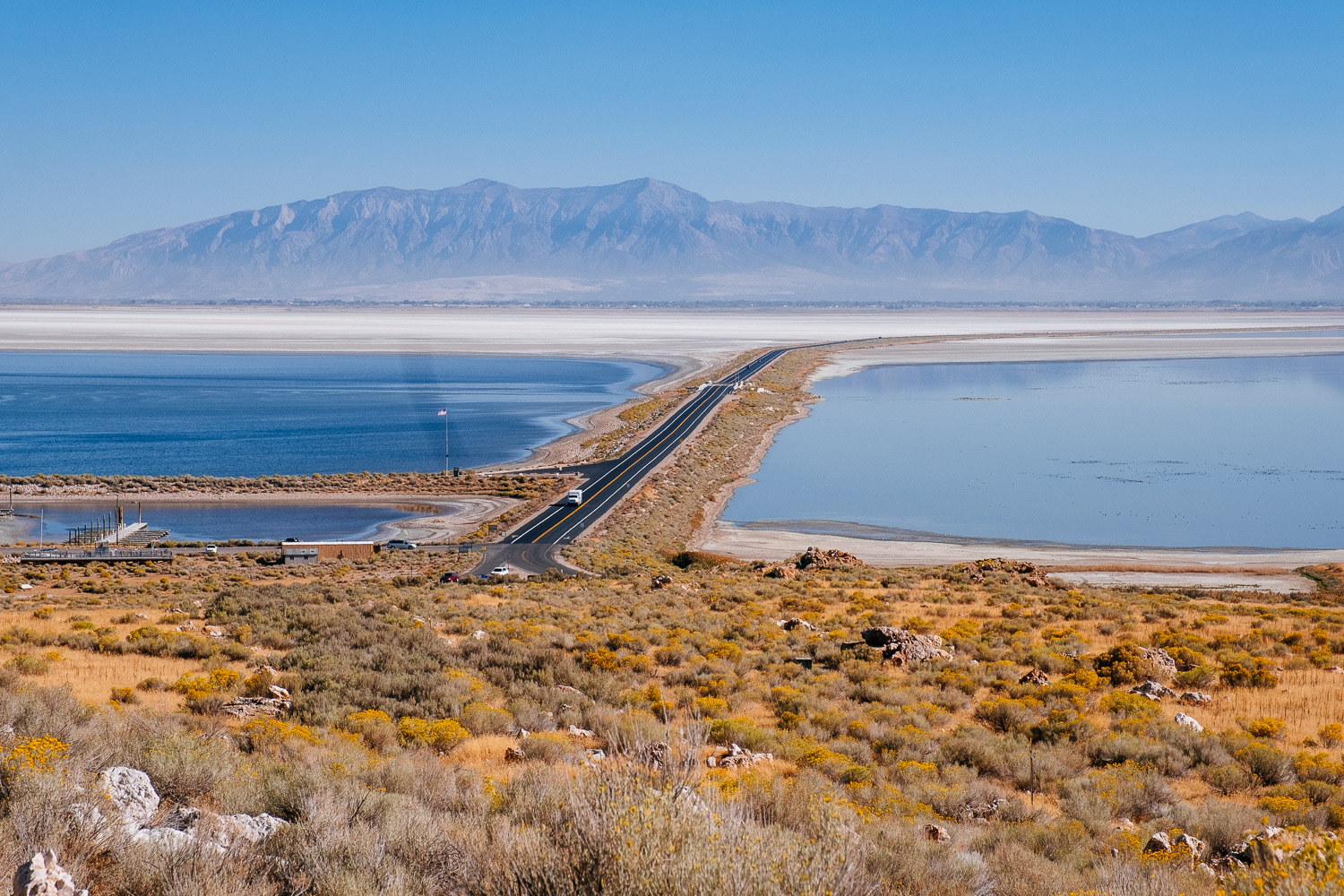 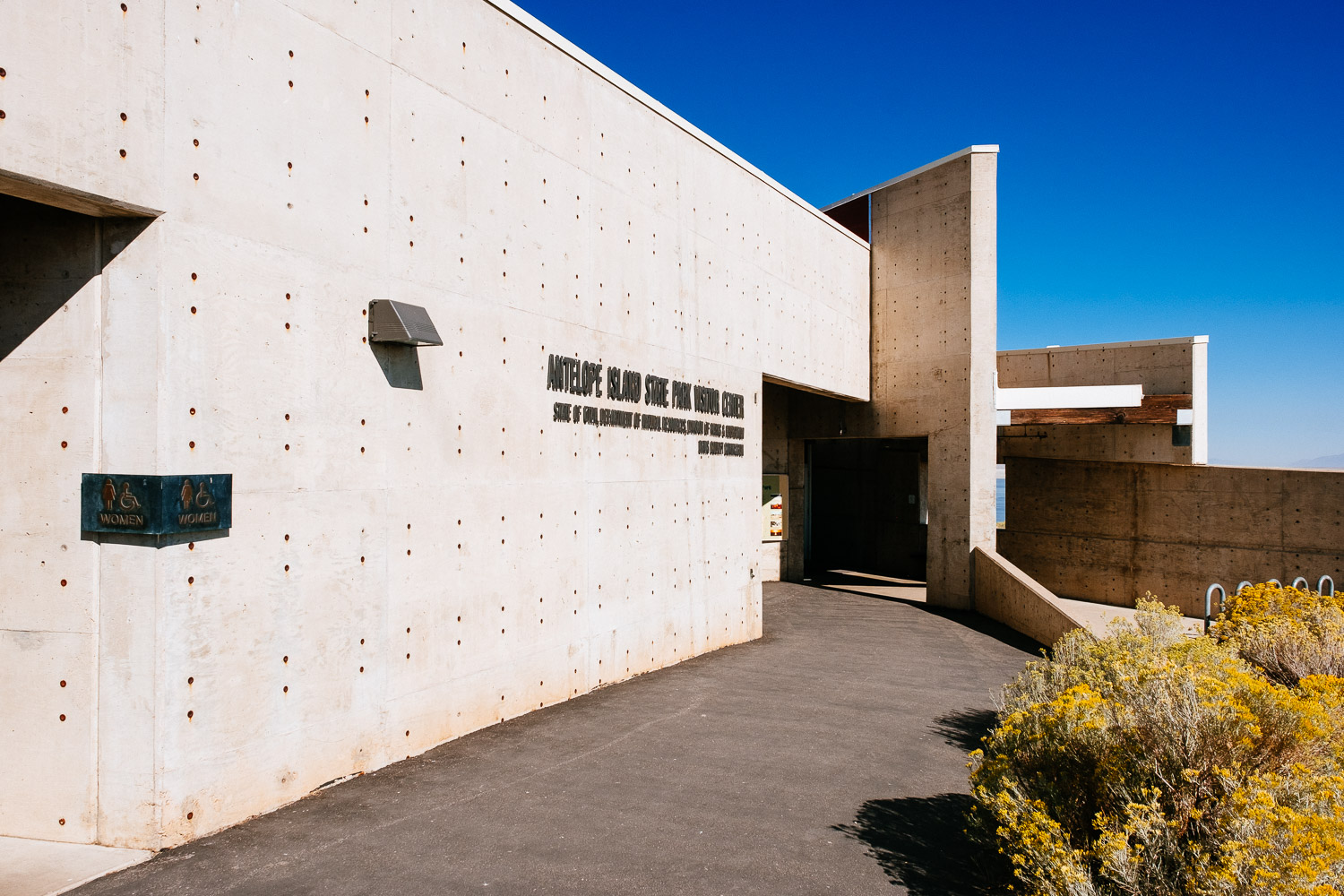 It’s also hard to believe we had still two weeks of vacation ahead when we arrived in Salt Lake City. We started in LA a week ago. We visited LA, Santa Monica, Las Vegas, the Valley of Fire, Zion National Park and now Salt Lake City.

Like on our very first trip in the South West of the USA we simply can’t stand still. There is so much to see! We have slowed down a little over the years but we still love to travel. “The Journey is the Destination”. 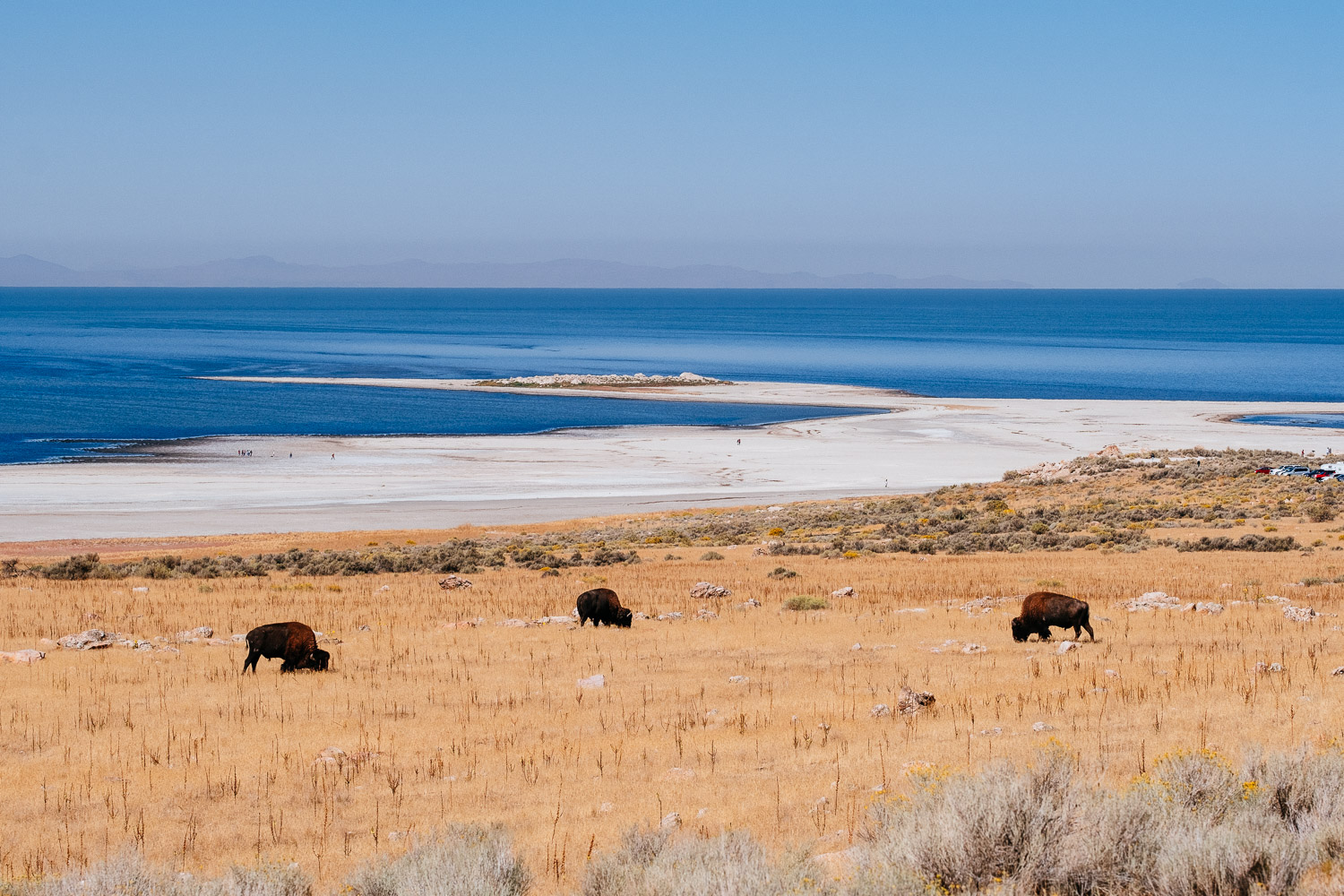