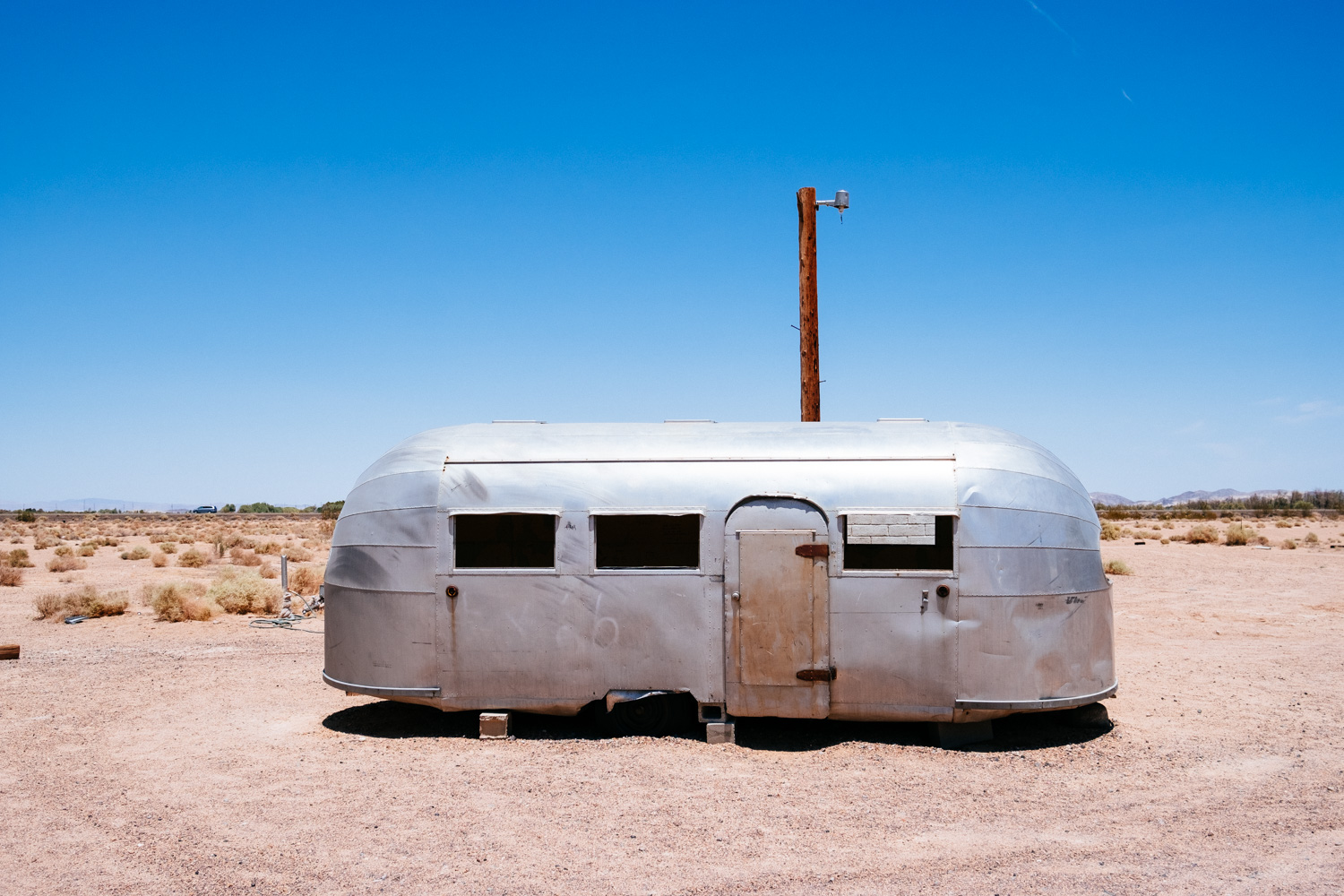 Somewhere in the middle of nowhere on the Route 66 lies Newberry Springs. A forgotten place worshipped by middle aged Germans.

Or at least the ones that have seen the movie “Out of Rosenheim”. A small budget film from Germany from the late 80s. 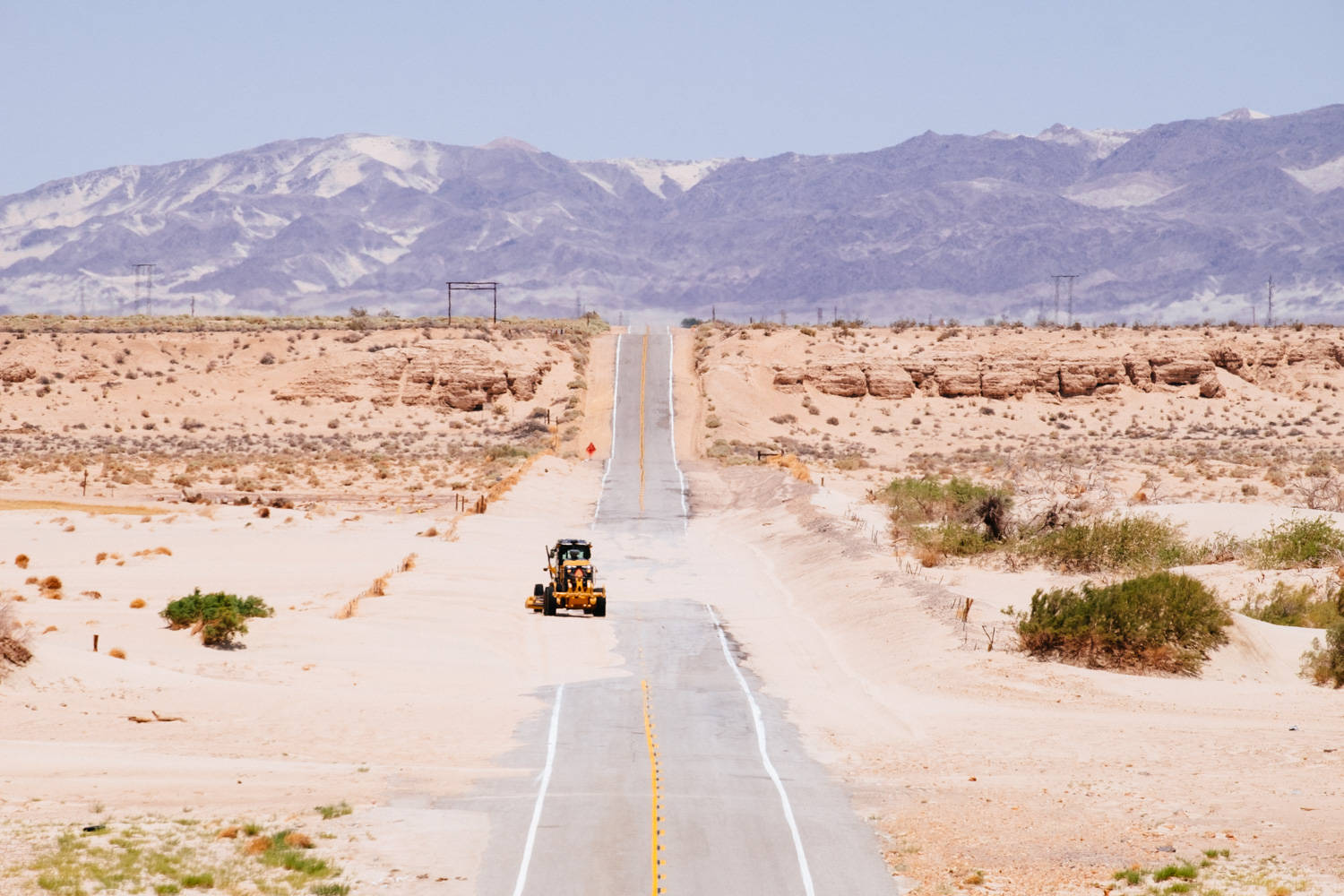 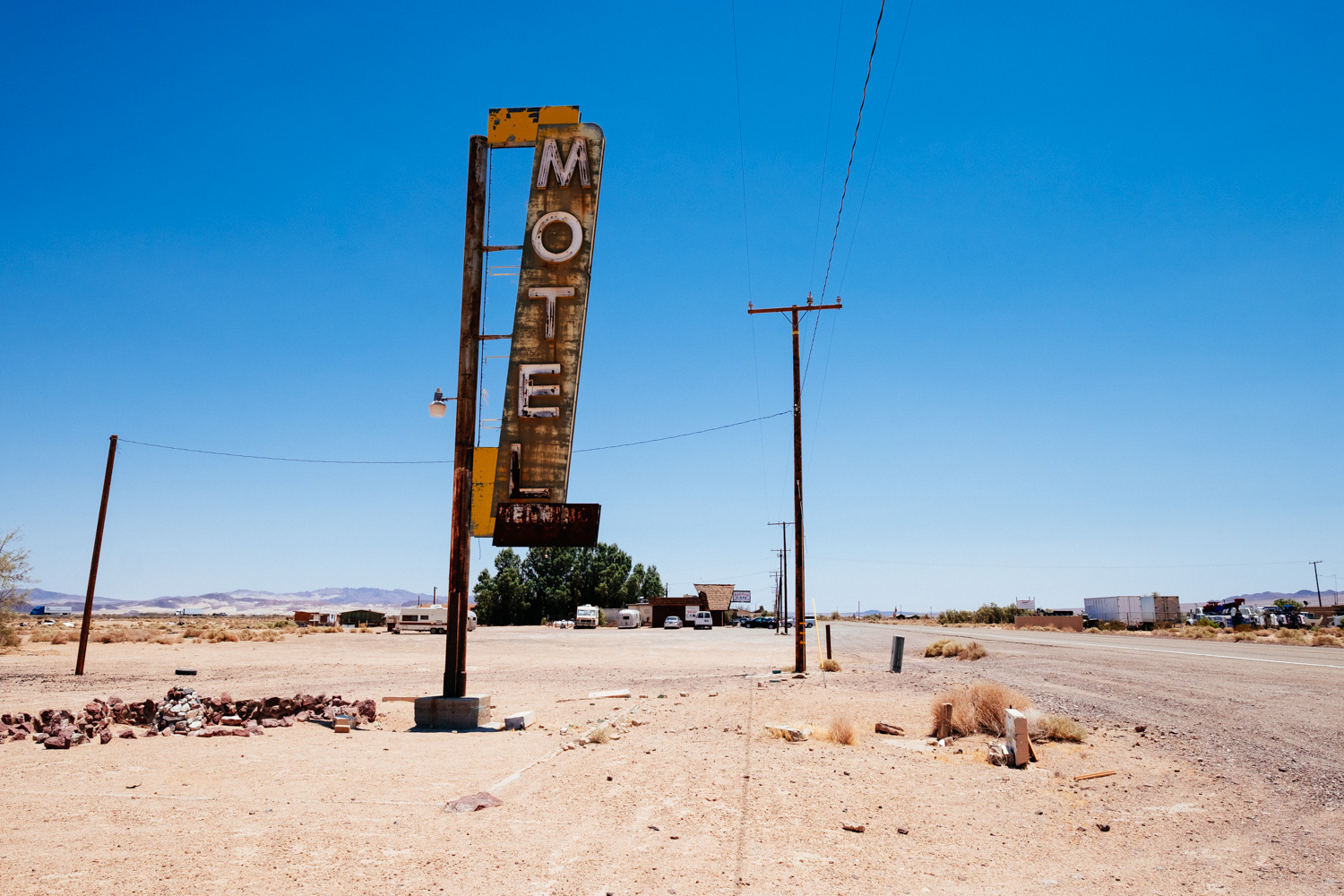 Some places recovered somehow with the upcoming Route 66 nostalgica but that’s not the case here. The movie was low budget and was made 30 years ago. 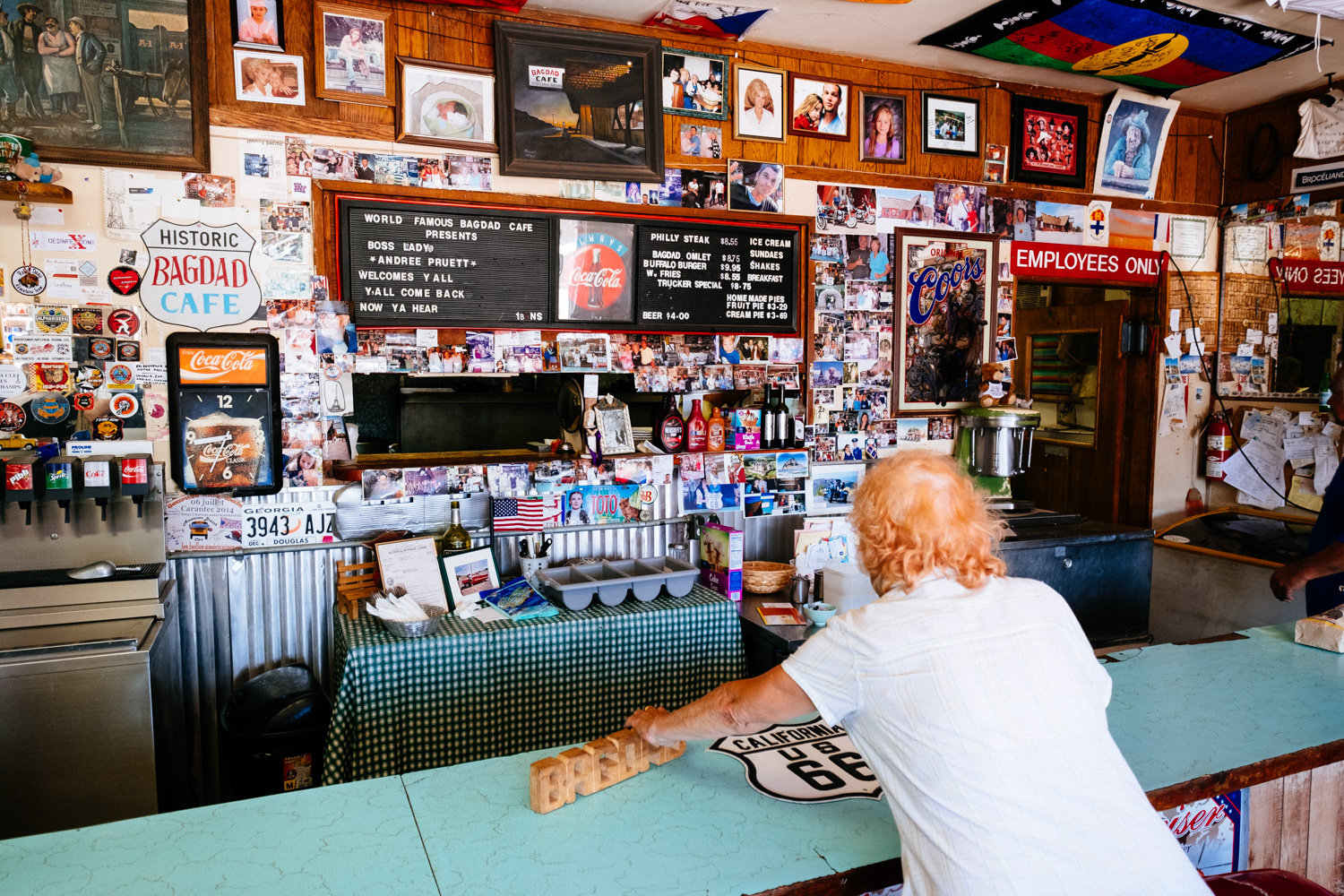 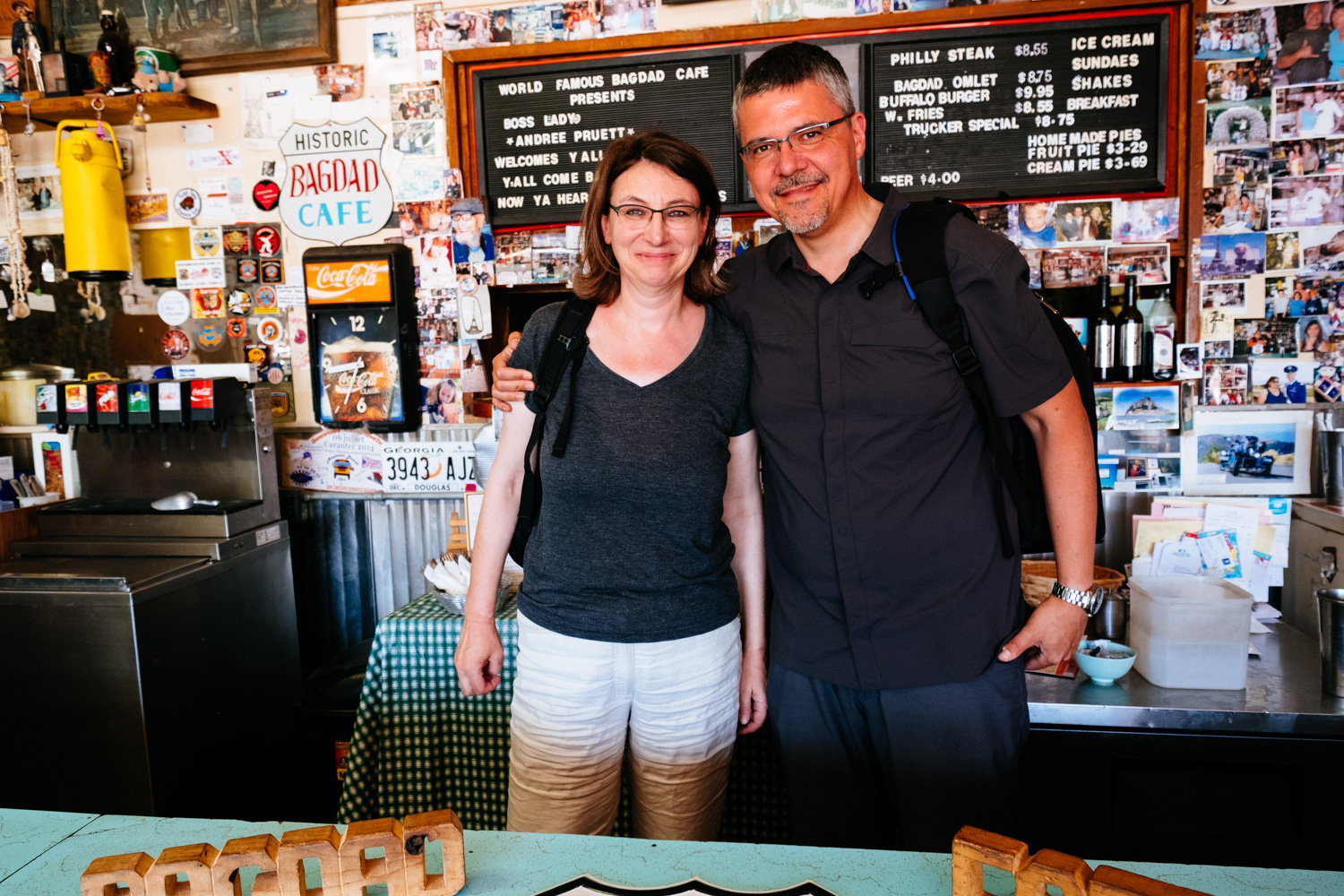 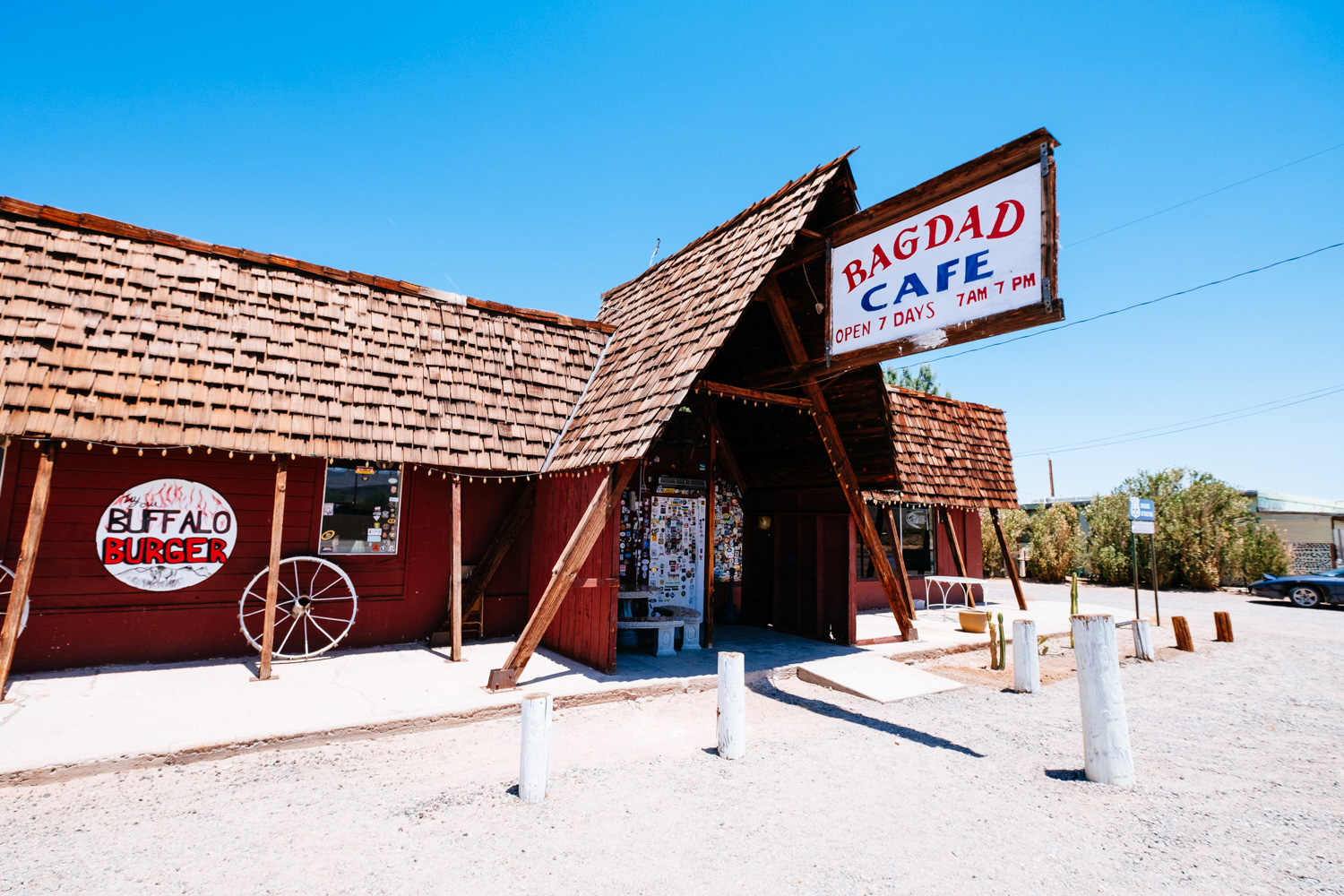 It was a wonderful, little movie though. A german housewife has a fight with her husband and ends up in the middle of nowhere. She takes a room in the cafe, start to help in the household to get some money and eventually transforms the whole place and the people.

It’s a great film about empowerment and hope.

Like in the movie the place is in need again for somebody to transform it. It’s not in good shape and the burgers that were served to the people beside us looked so sad that we decided to better eat elsewhere. The friendly old lady that runs the place but unfortunately not the kitchen still insisted that we had our picture taken. We left right after. Initially we were disappointed to see the cafe in such a state but at the end it was somehow consistent. 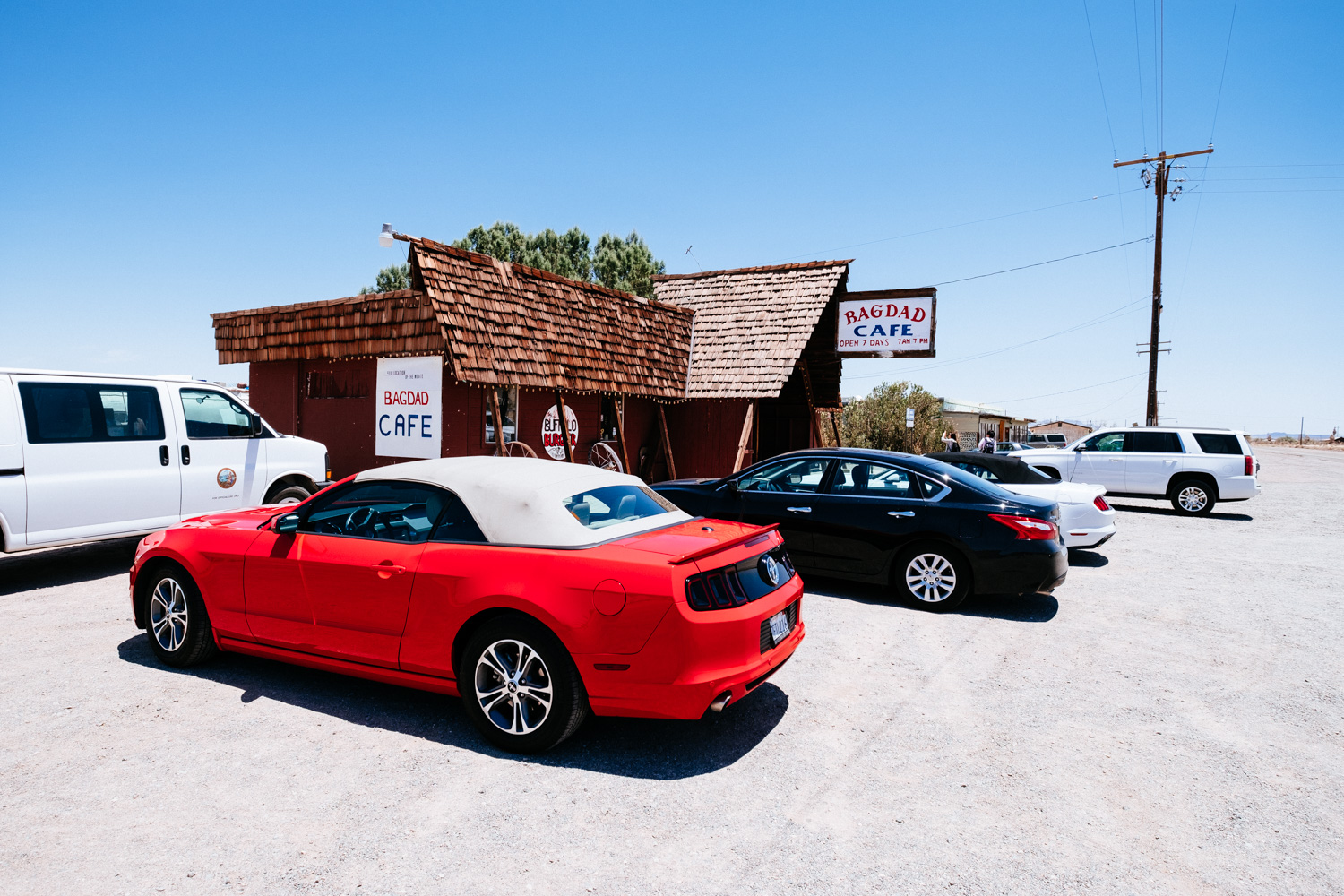 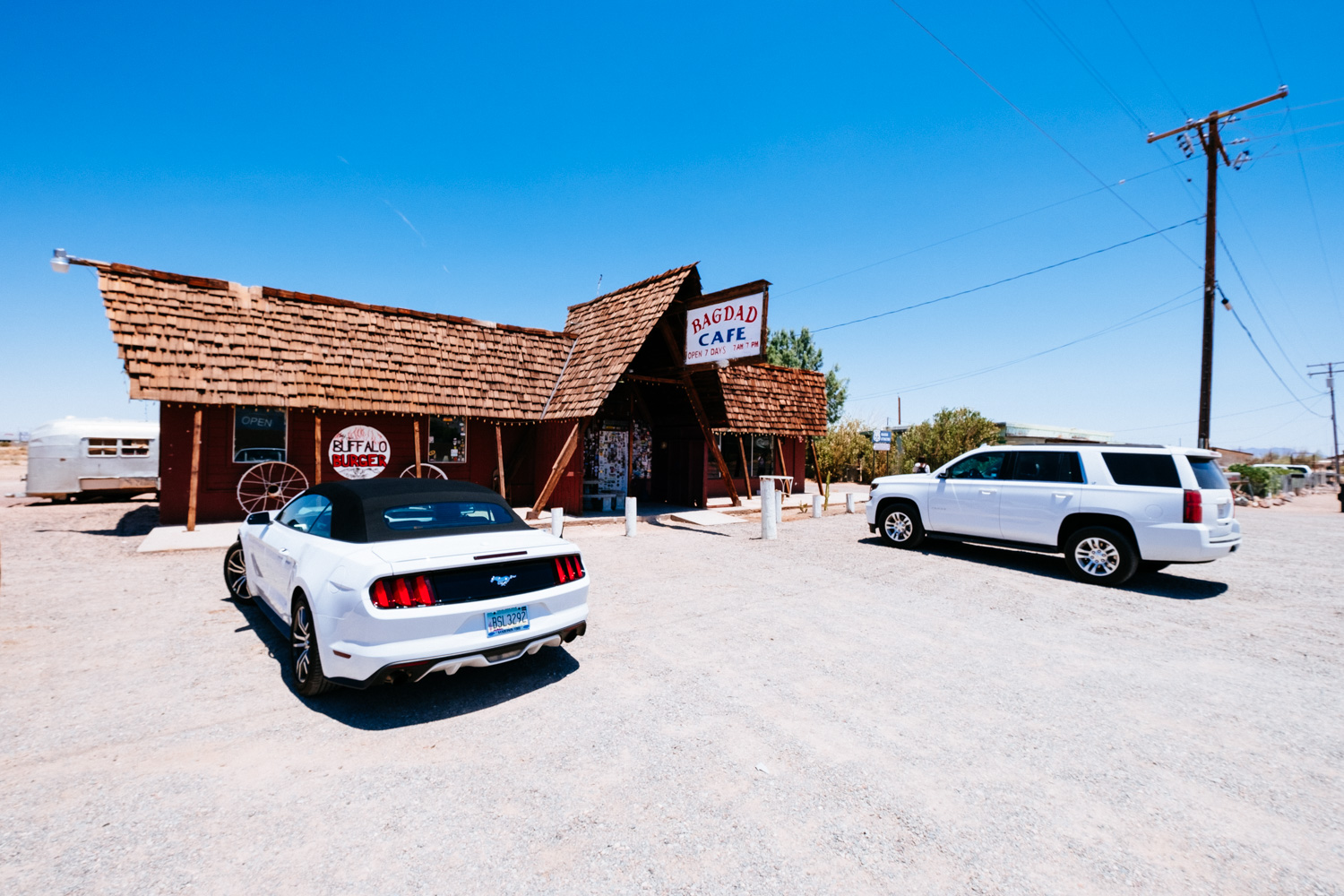 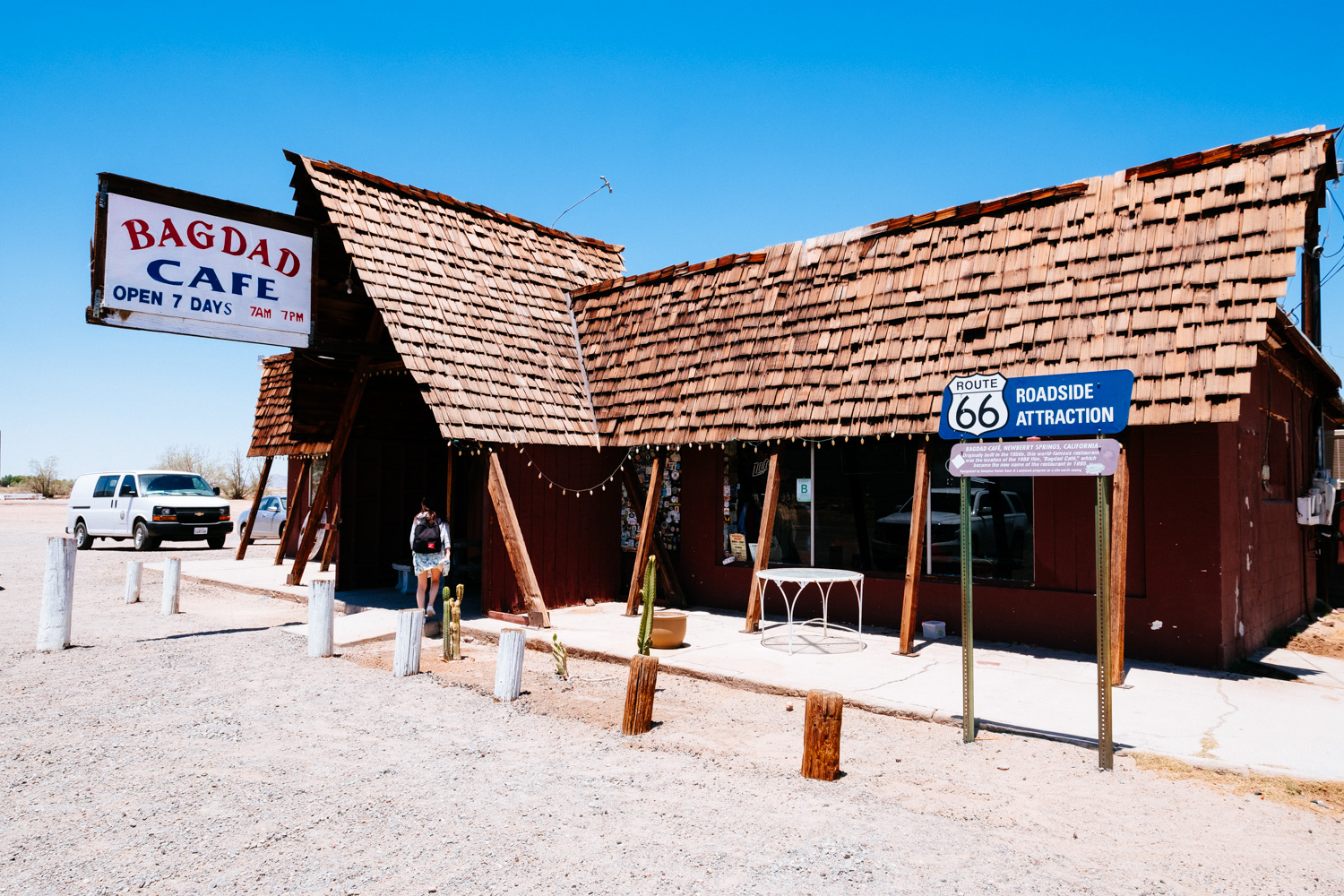 You can tell from the cars outside that all the guests were tourist without any exceptions. Two Mustang convertibles, a brand new midsize sedan and our white Tahoe.

The sign below explains the details but it got it all wrong. The film is from 1987 and its name is “Out of Rosenheim”. I guess it came out one year later in the US because they had to synchronise the German bits and obviously they also changed its name. 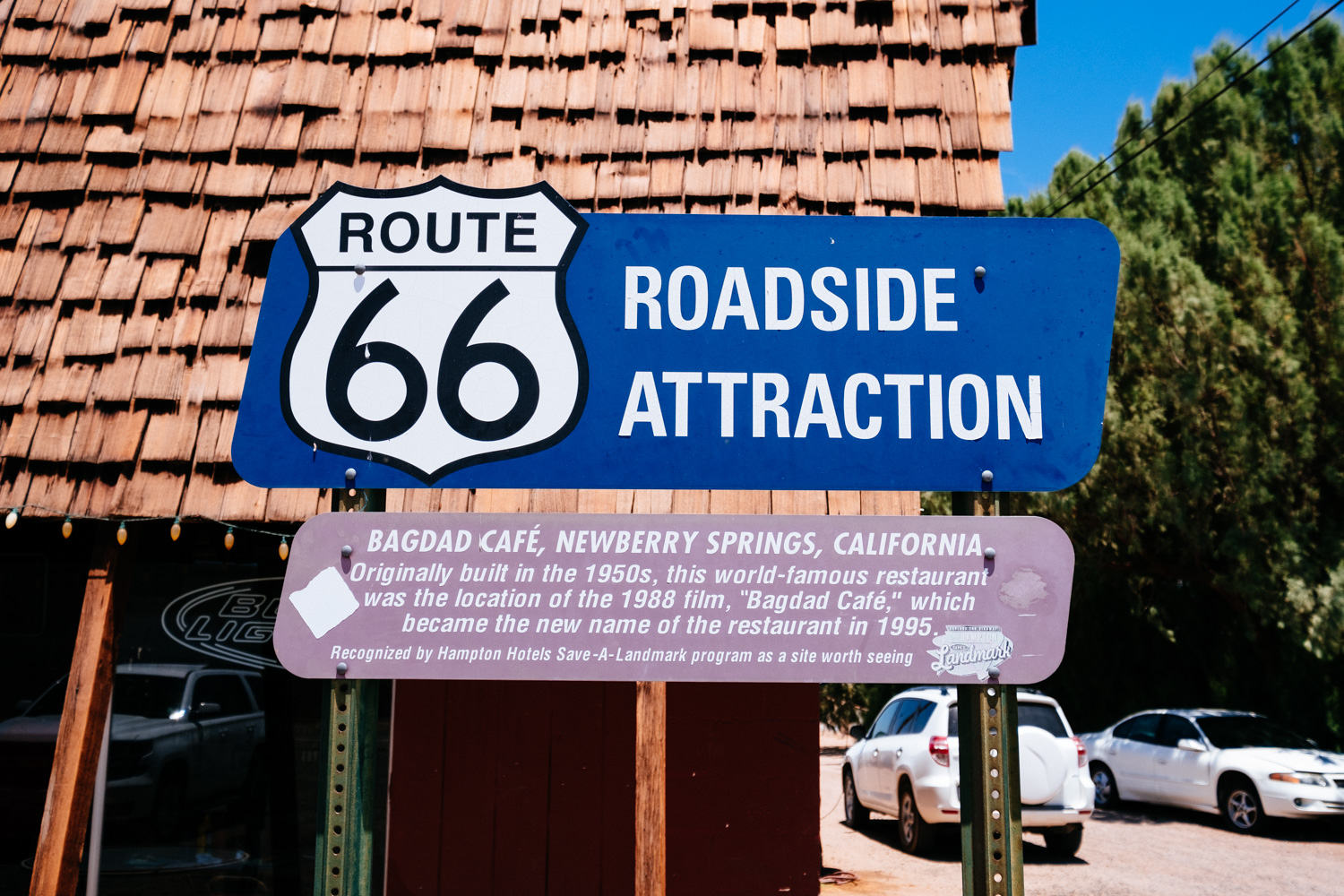 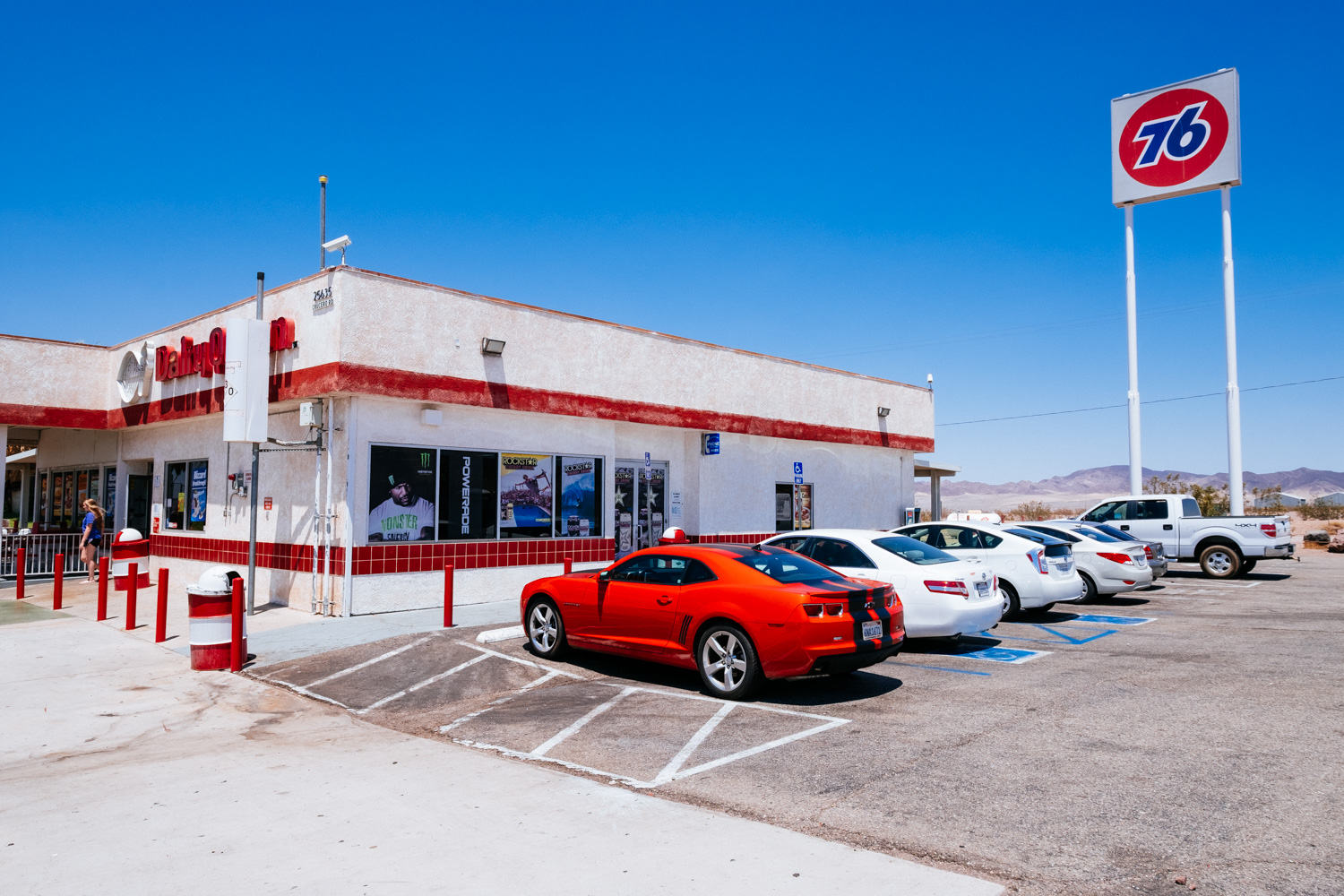 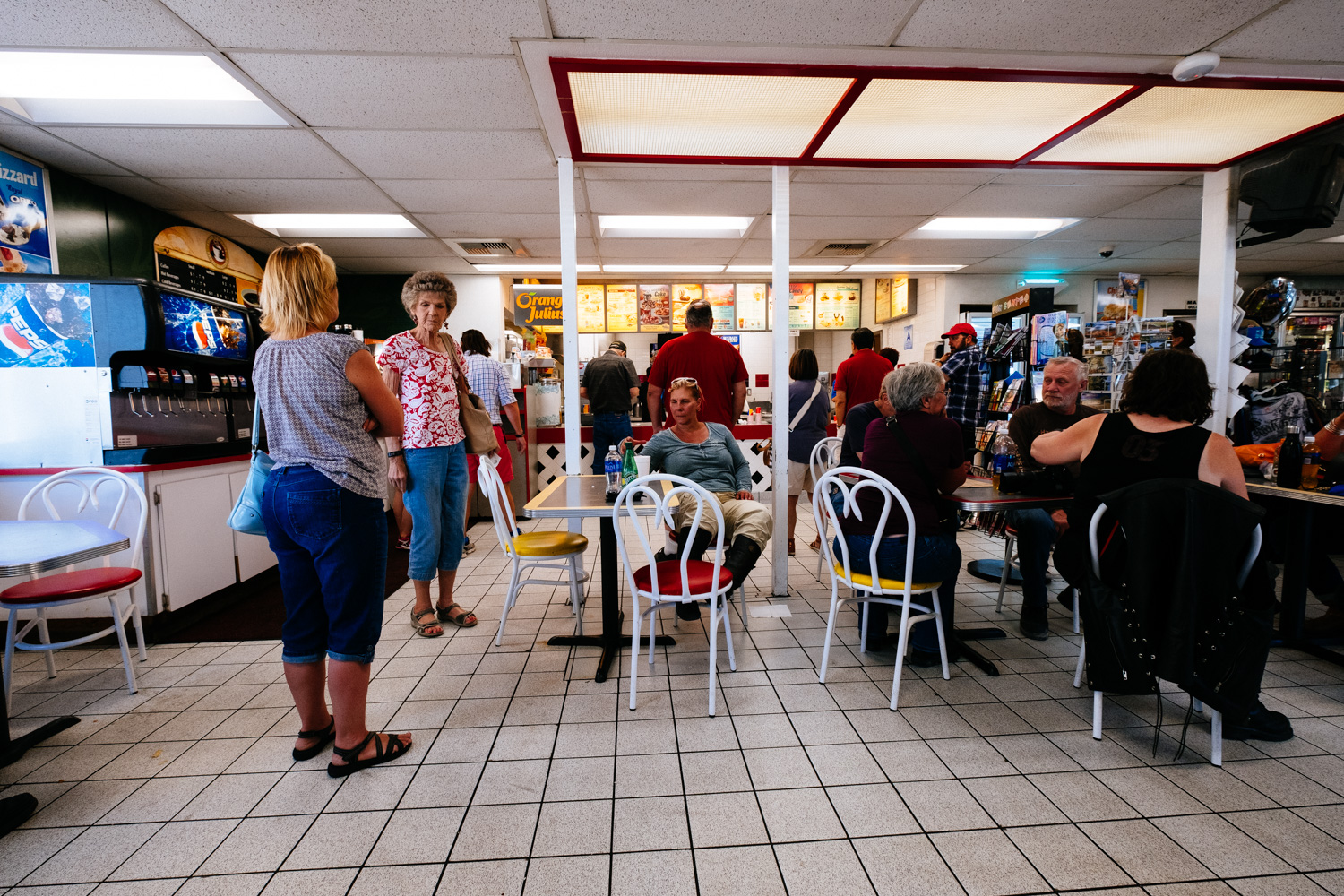 We were hungry and ran into the first place we could find. It was one of the saddest Subway restaurants and that says something. I didn’t take any pictures there. The pictures above are from inside a Dairy Queen where we got next to get some chocolate covered ice cones.

We felt much better after the cones. 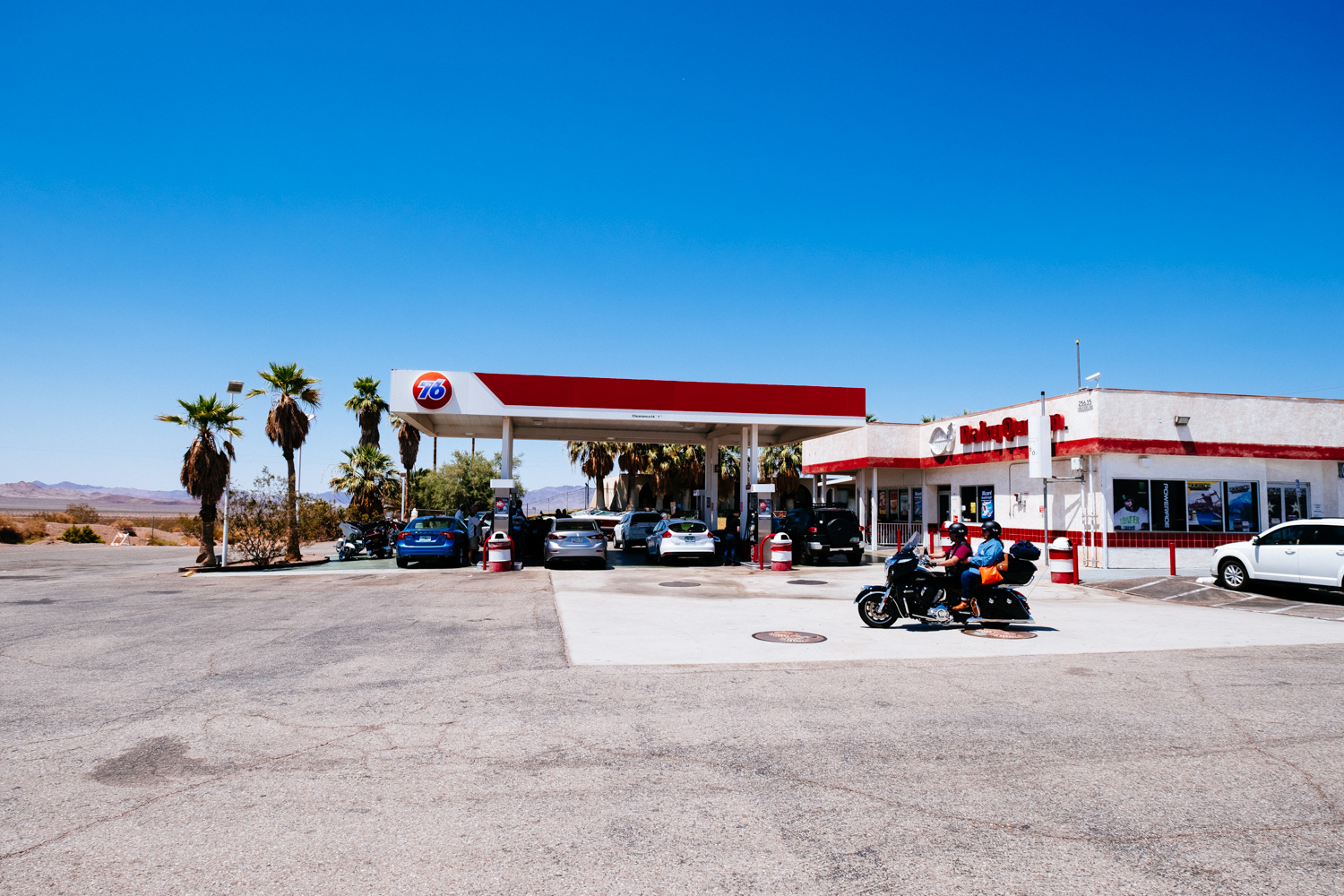