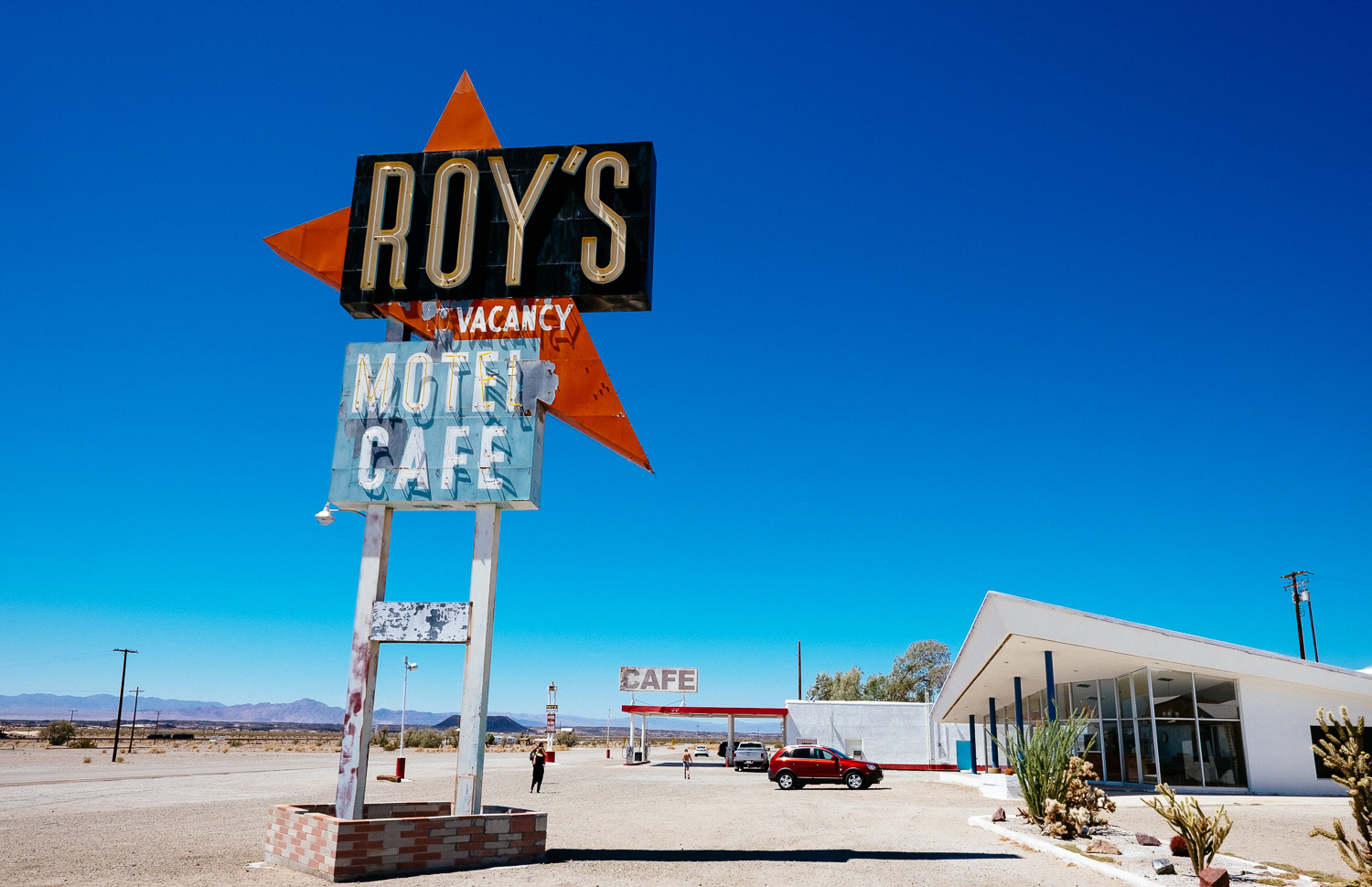 When you leave Twentynine Palms going North you are on a small and lonely country road that leads you to straight to the middle of nowhere.

But before I come to that I need to talk about my favorite type of car: the pick up truck or just simply truck. Don’t get me wrong. I will never get one of those unless I leave Austria and settle down in the USA. They are just too big and impractical. But they just look extremely cool. You can see a Dodge RAM now and then in Austria but it looks as out of place as an elephant in your backyard. It is here in the South West of the USA where these cars belong and where they look just right. There is plenty of space, the roads are a net of straight lines and of course the parkings lots are big enough to avoid frustrations. To drive a truck or full size SUV here is like driving a Mini in Europe. 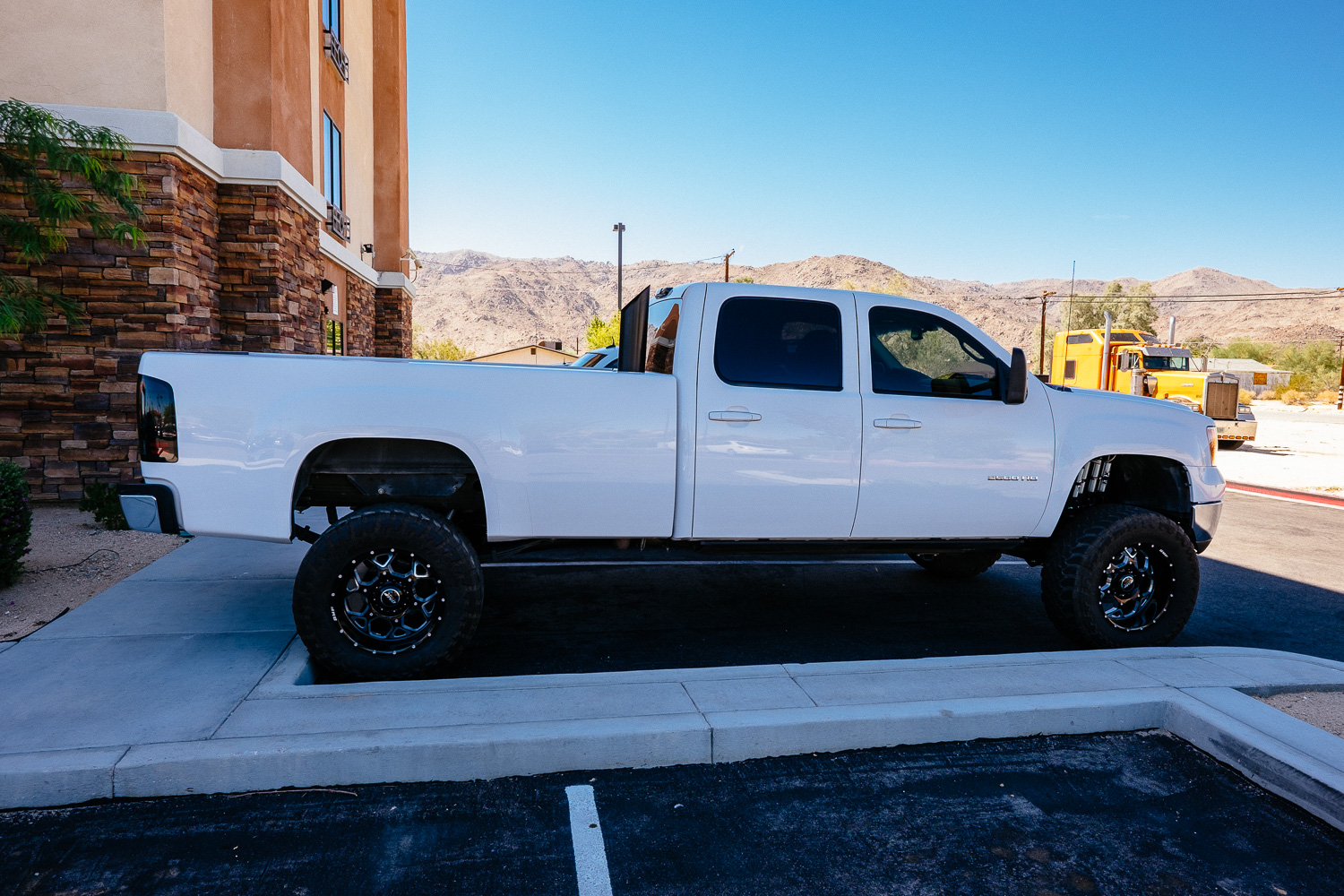 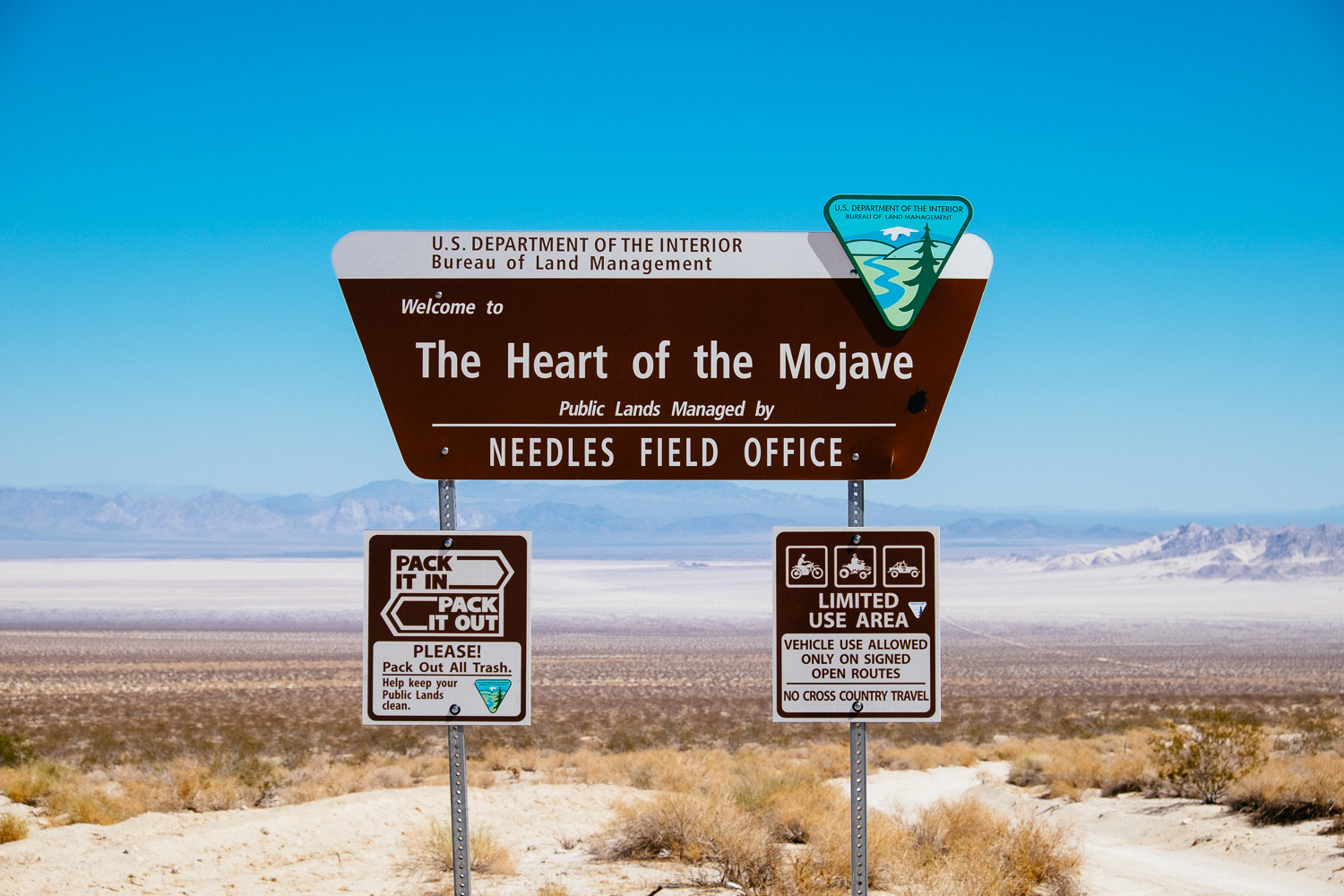 At the end of the road you reach Amboy. On the map it looks like a small town but it is nothing more than a gas station on a lonely crossroad. The rest of Amboy is a ghost town. Long time ago this was a busy place. When the Route 66 was the fastest way to California. The land of hope for thousands from the dust bowl who had to leave their farms. Long before I came here for the first time I read John Steinbeck’s “The Grapes Of Wrath”. This book really changed the way I think. Now every time when I’m on the Route 66 I think about what happened here less than a hundred years ago. 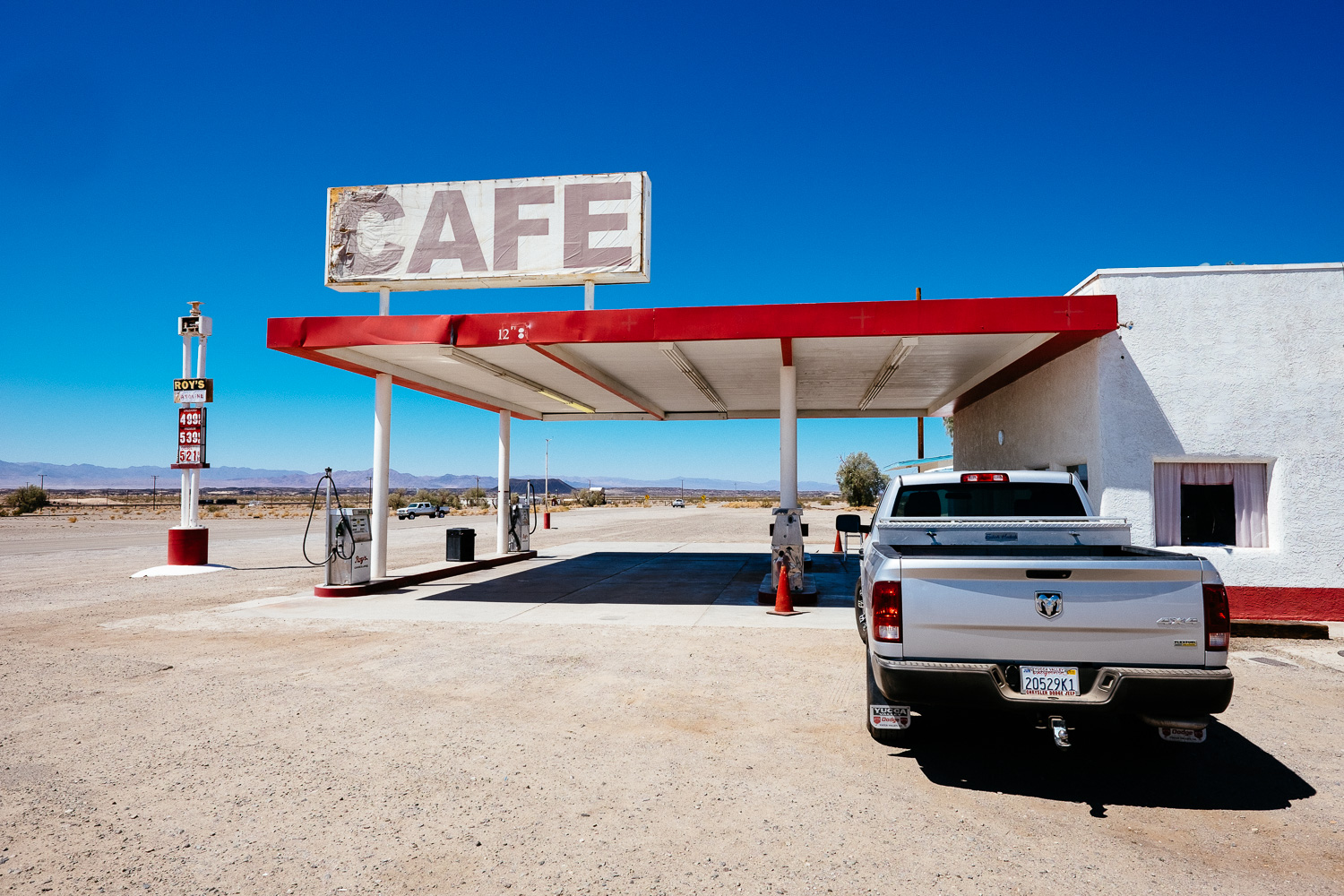 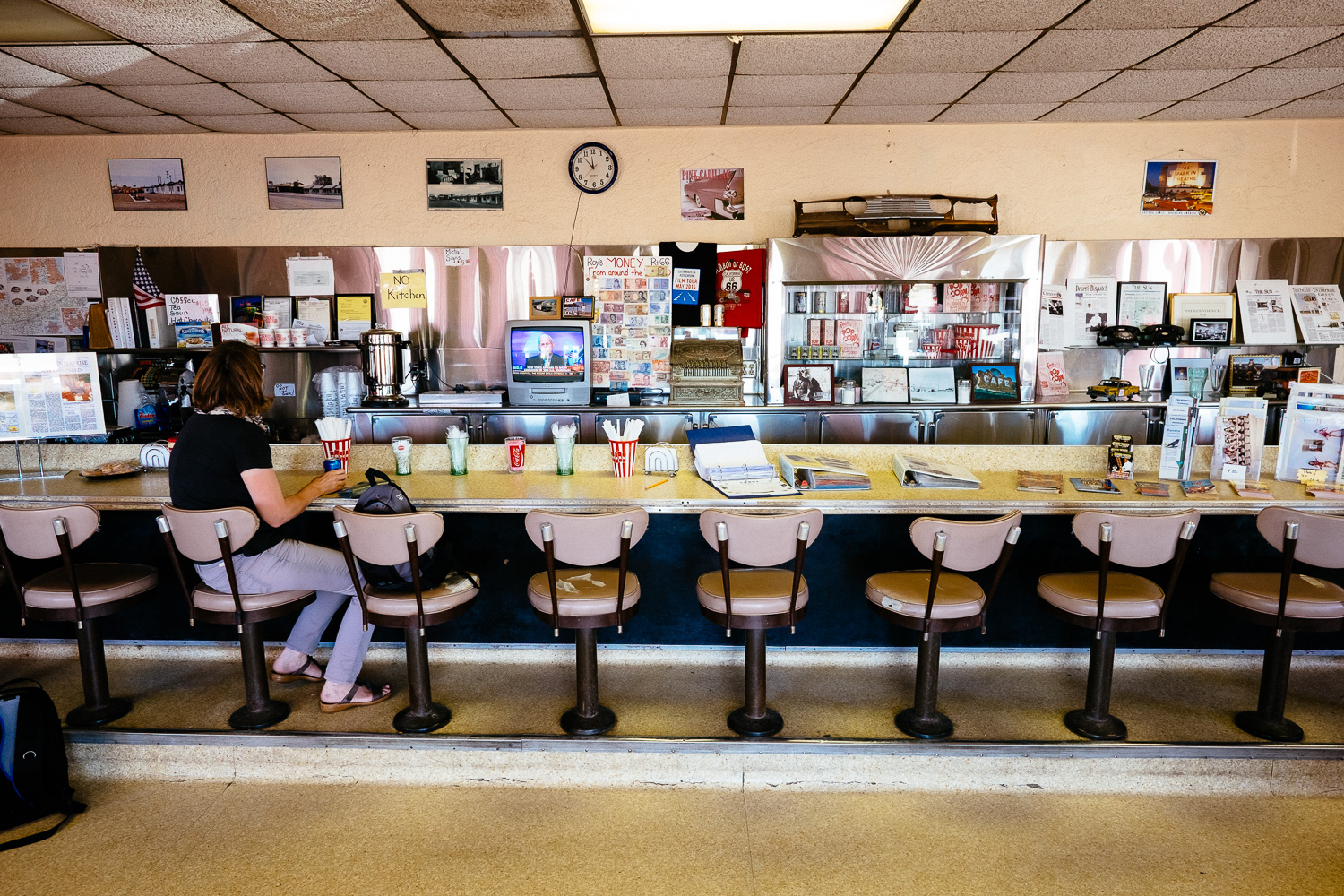 Roy’s Cafe is the attempt to keep the place alive. There is an expensive gas station and a little cafe where you can get coffee and chilled drinks but at the time of our visit the kitchen was out of order. We ordered coffee and got some sandwiches for free from the very friendly shopkeeper. A great place with an iconic road sign. I hope they can keep it alive.

There was one minor thing: The storekeeper was wearing a gun on his belt. I guess I need stop to see everything through European eyes. 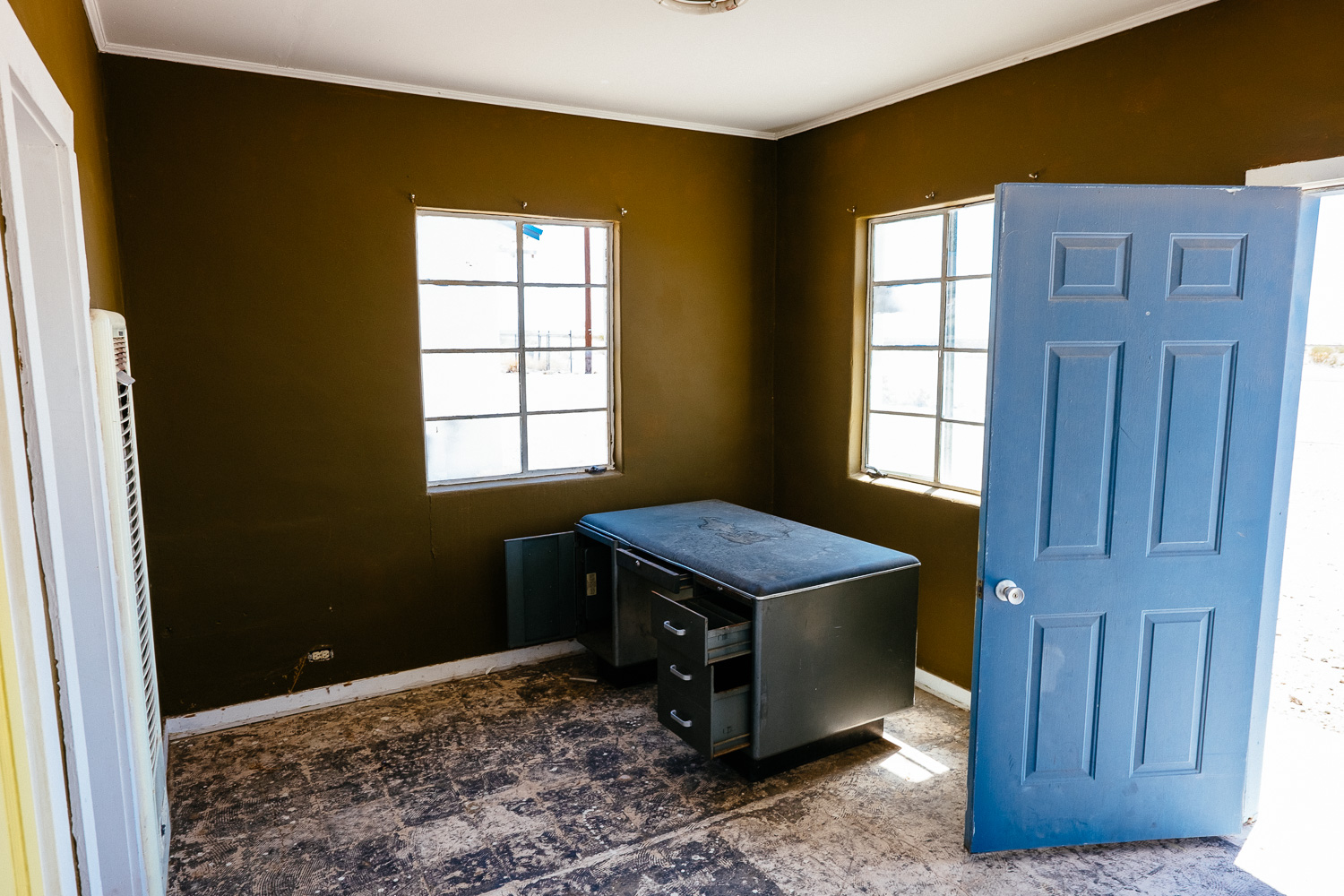 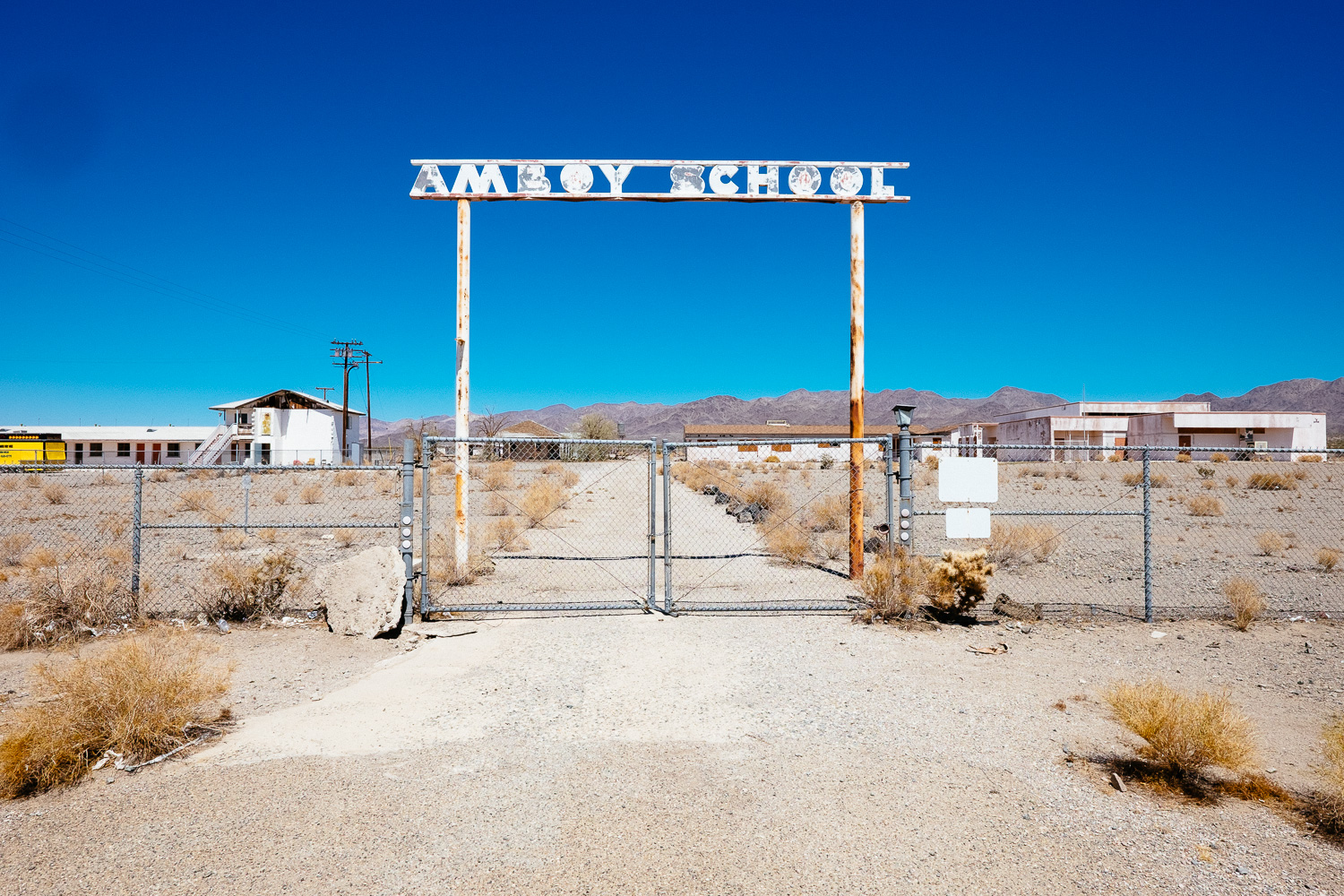 As the doors of some of the small cabins were open we stepped inside to have a look. It think it is save to say that we will not see a motel here in the foreseeable future. I checked on the internet and it seems that they have troubles to get water supplies. No water – no motel.

There is nothing but desert and decay but I love the place. 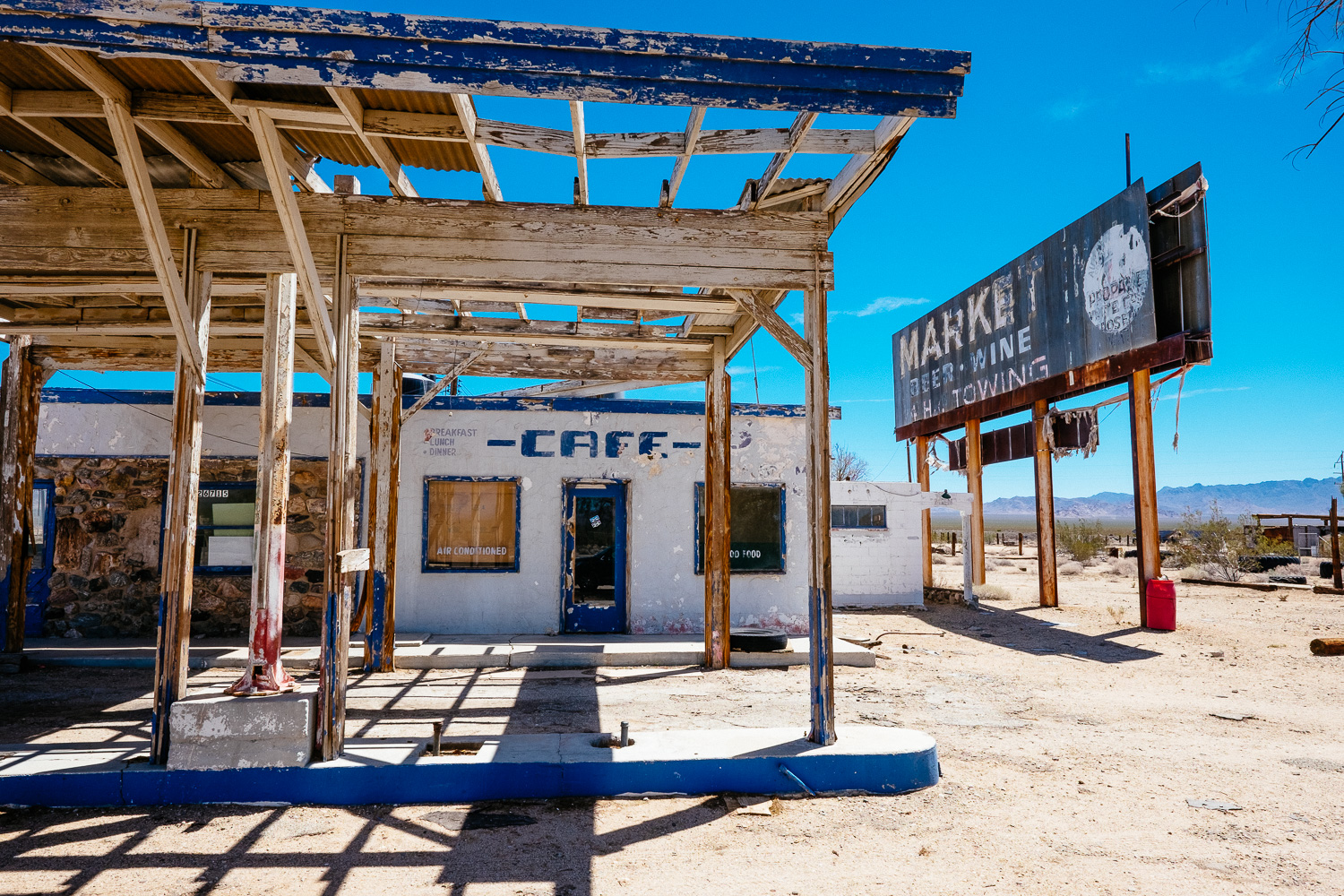