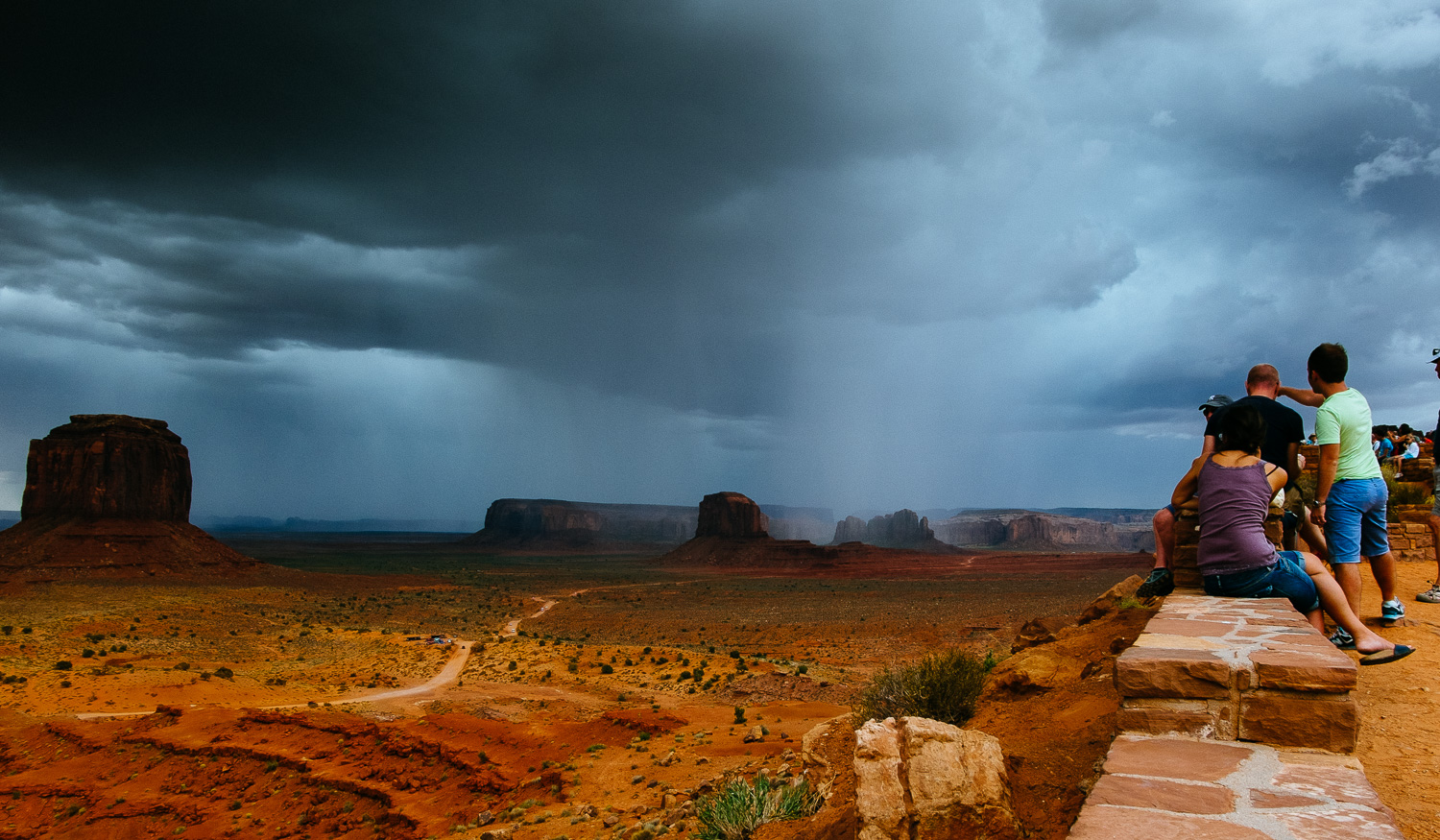 This is the second time I come here. The first time there was a cloudless skies and we stayed till sunset. This time was better. There were some thunderstorms in the distance and the sky was very dramatic. The first shot looks like a painting. 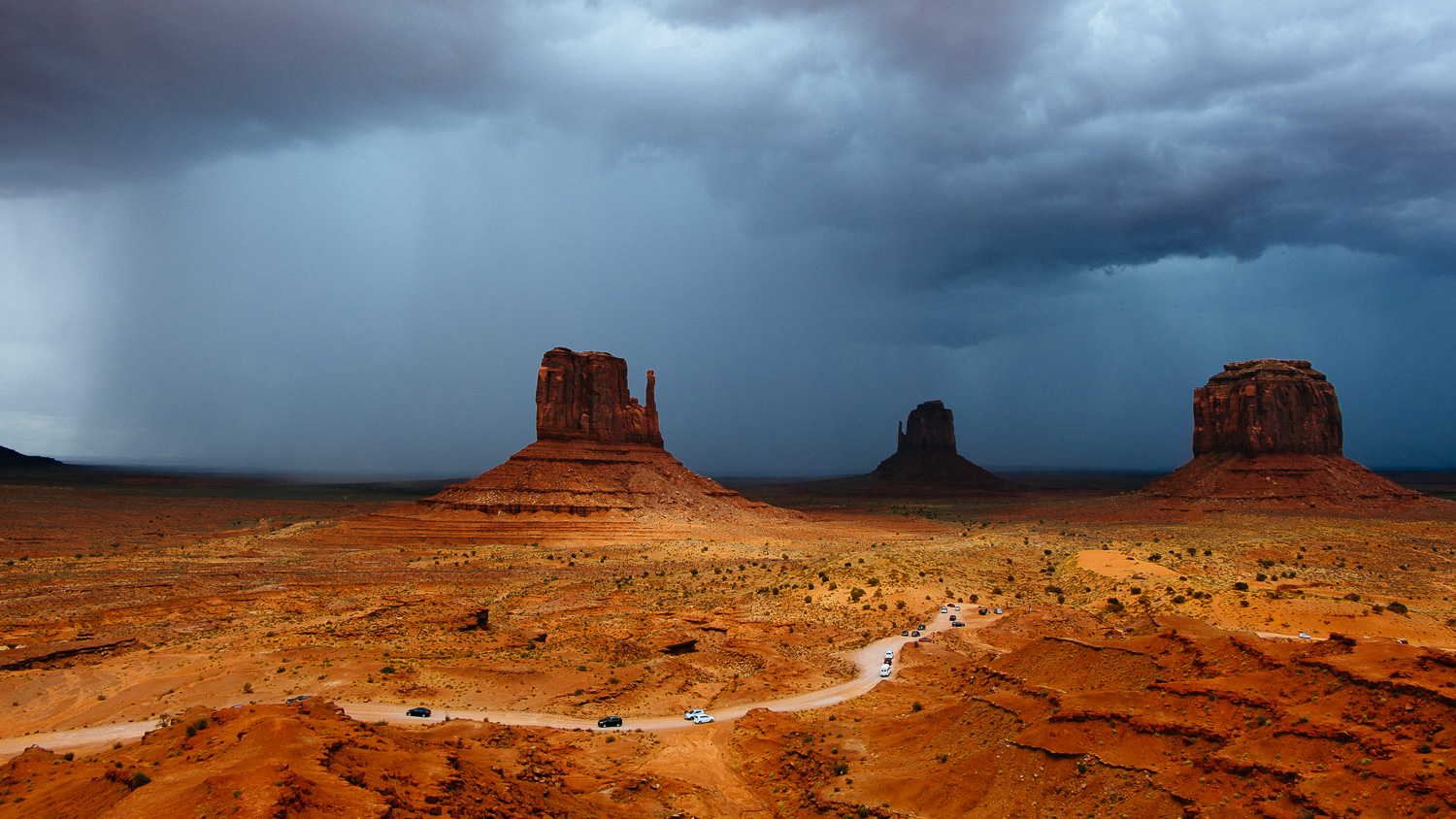 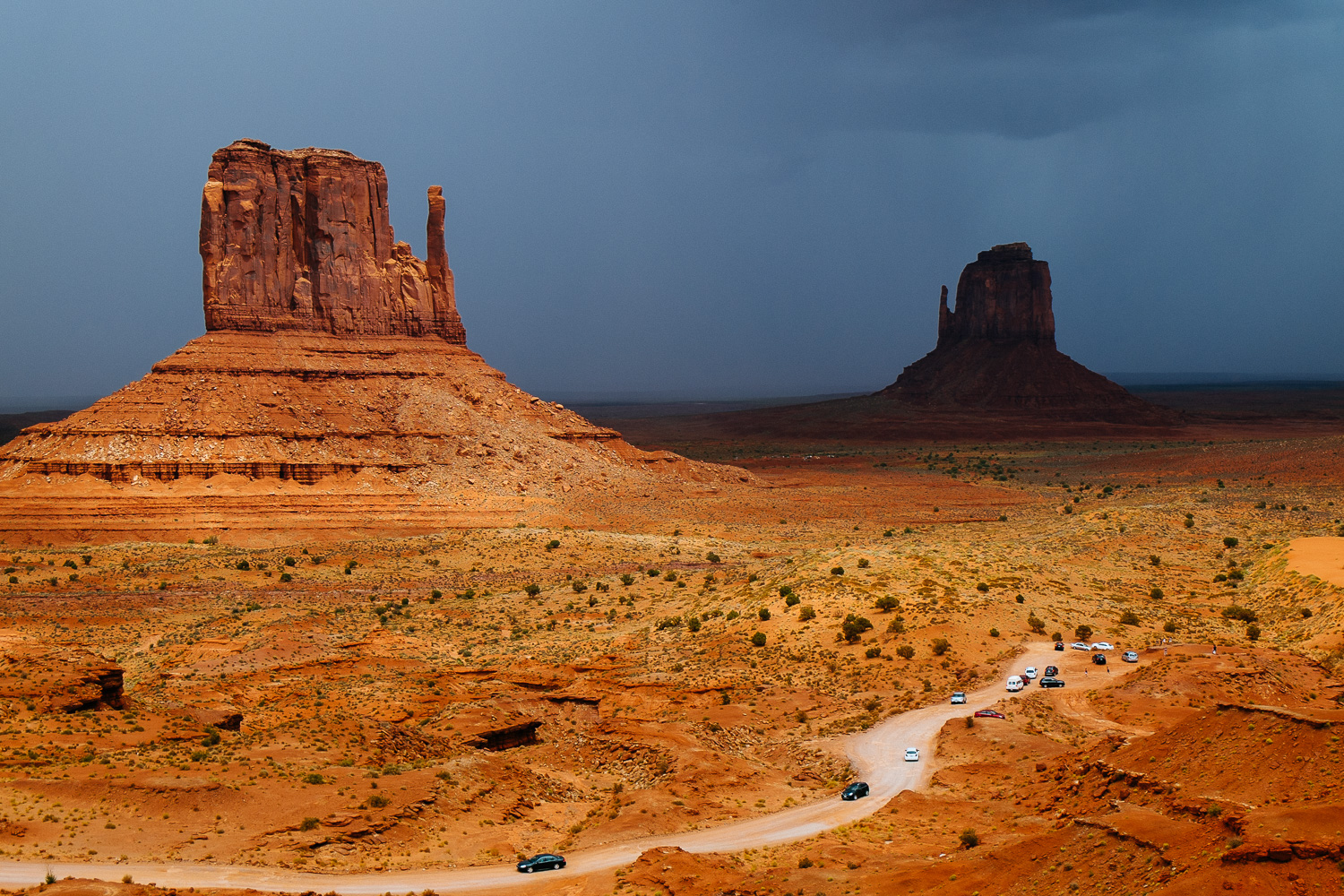 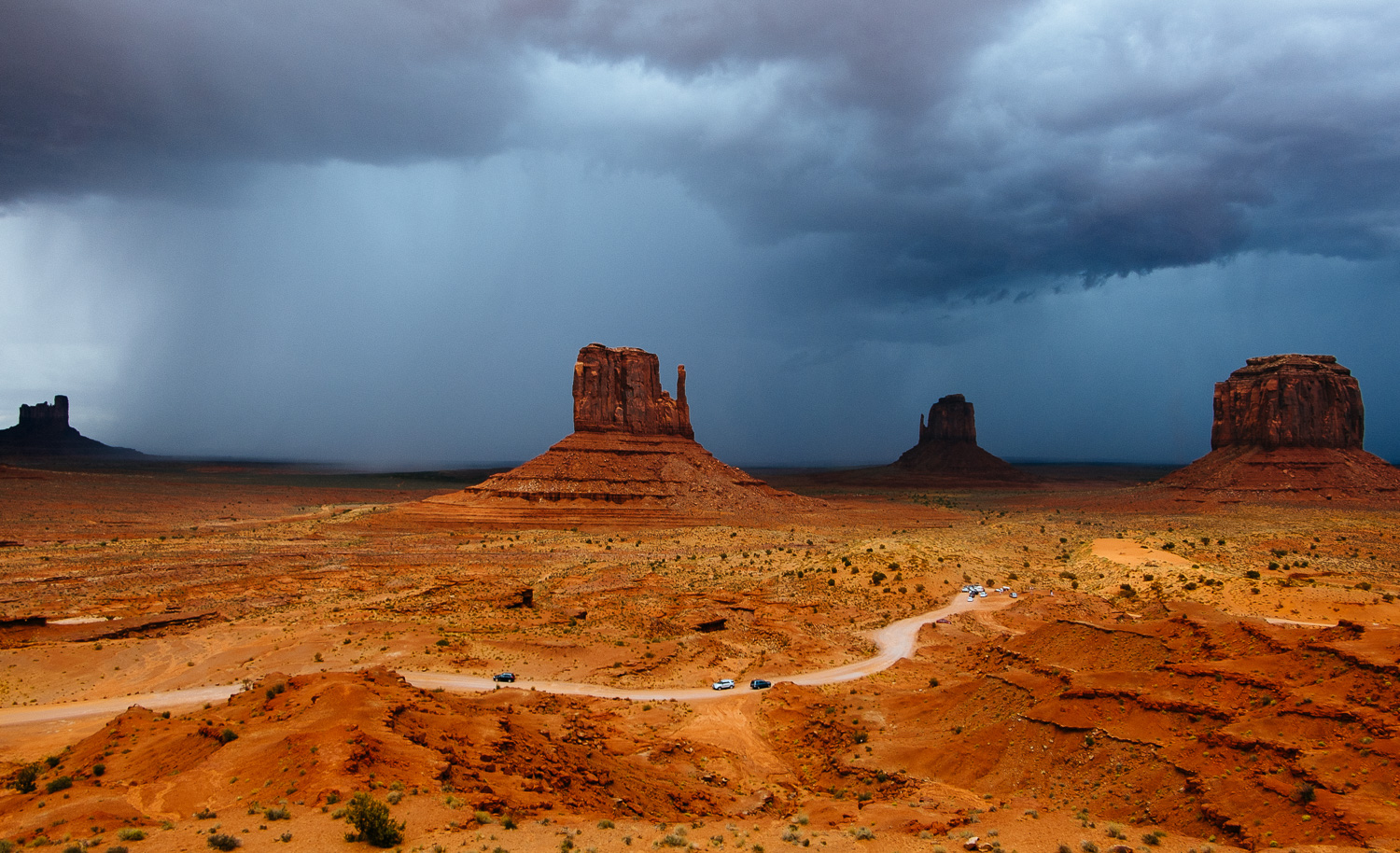 We prepared ourself for heavy rain but it never reached us. Just a couple of raindrops. Like the day before the rain stayed in the distance. I hoped for thunderbolts but there weren’t any. The picture came out very nice though. When I selected my favorite images I realized that they have been taken by my wife! What happened? She is a very good photographer but I think the main reason they were better is caused by the lens.

I think many people would have preferred a 4/16-70 OIS WR or even just a 4/16-55 OIS WR instead. Small and light but weather sealed and with image stabilization. If Fuji brings out such a lens someday I would get it in a heartbeat. Meanwhile I keep my 18-55 but I need to remind myself to switch to my 14mm lens more often for landscapes. Another option would be to get the great Fuji XF 4/10-24 OIS instead for landscapes which would help to minimize lens changes in the desert. 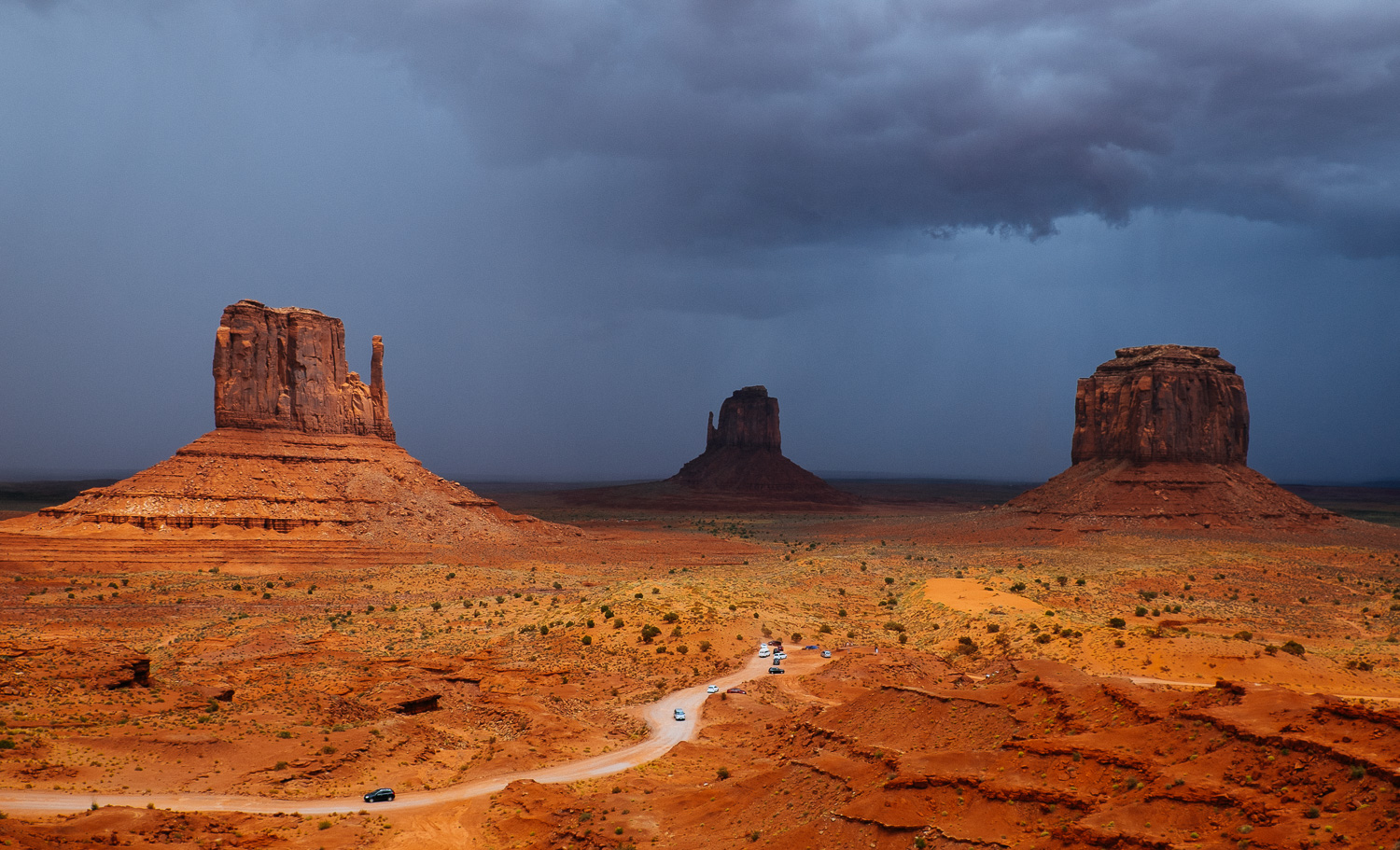 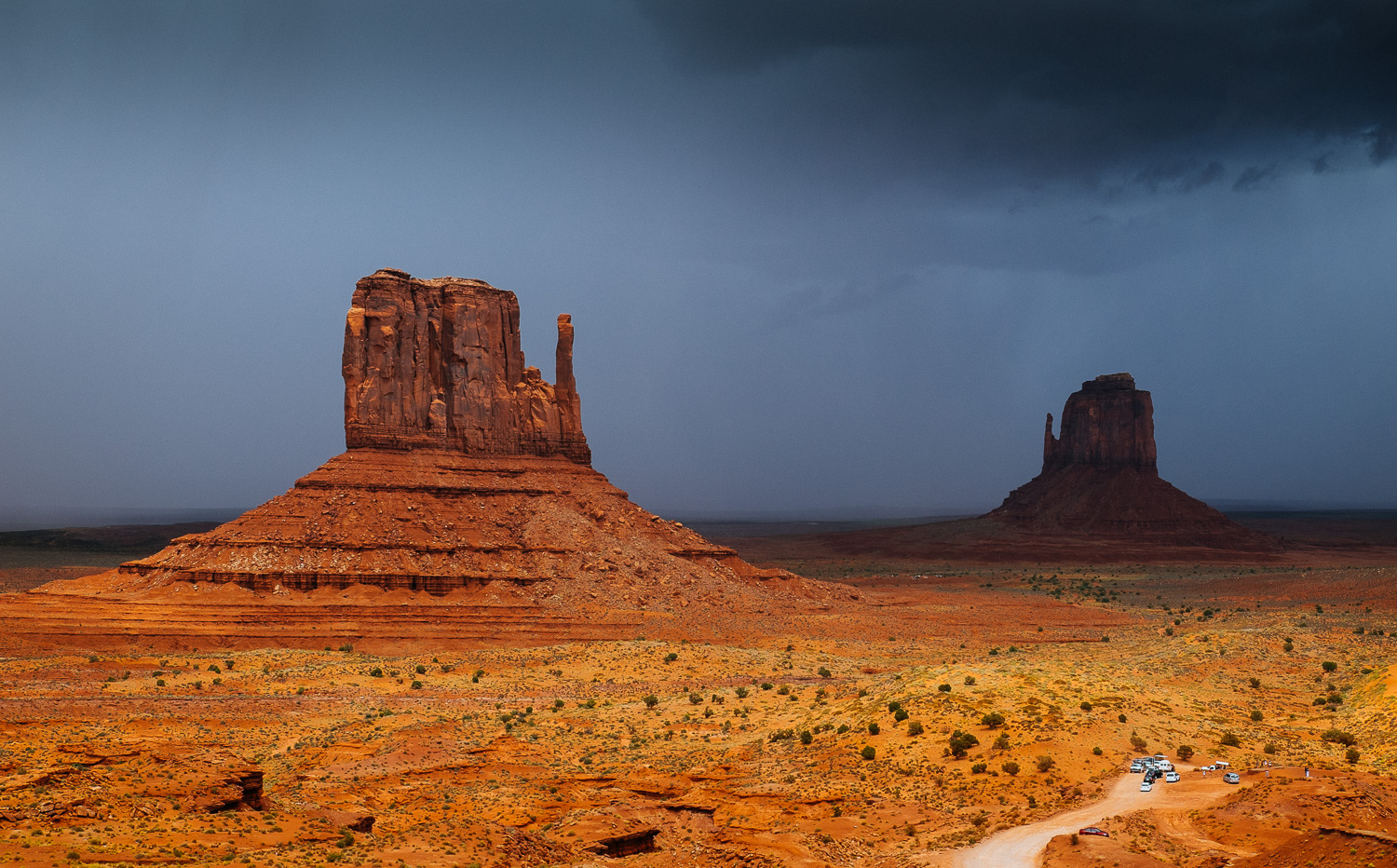 When we visited Monument Valley the first time we were traveling with an 29 foot RV. No chance to do some off road riding. This time we were driving a Buick Enclave 4×4. Hardly an off-roader but by far better suited for the little track than the small sedans with their little wheels and front wheel drive. The strong rain the day before washed out some wholes and I was worried to hurt the cars underbody or front spoiler.

I didn’t hurt the car but I learned that to ride off road is not a wise thing if you have a back problem. I was happy when it was over and to be honest there is no need to go down to the other parking lots. There is a reason why the viewpoint with the big parking lot is located where it is. It offers the best view by far.

There is a beautifully located hotel and I planned to stay there to have a chance to cover sunset and sunrise but it was fully booked months in advance. For the first time ever I booked ahead the hotels for the first week a couple of weeks before the trip. It was still not good enough to get a room here. But it didn’t looked like there would be a beautiful sunset or sunrise this time so I wasn’t too sad that we had to move on. 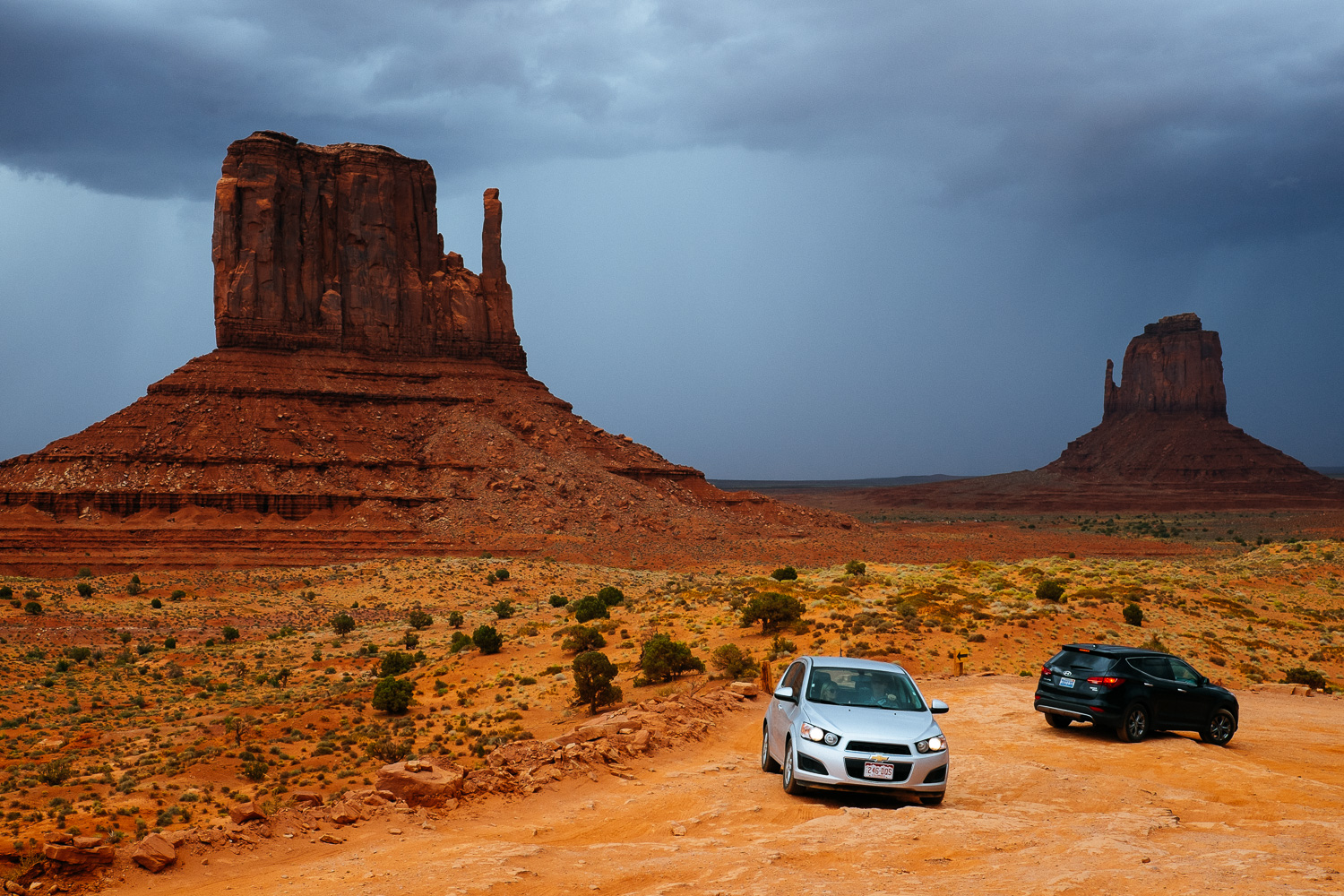