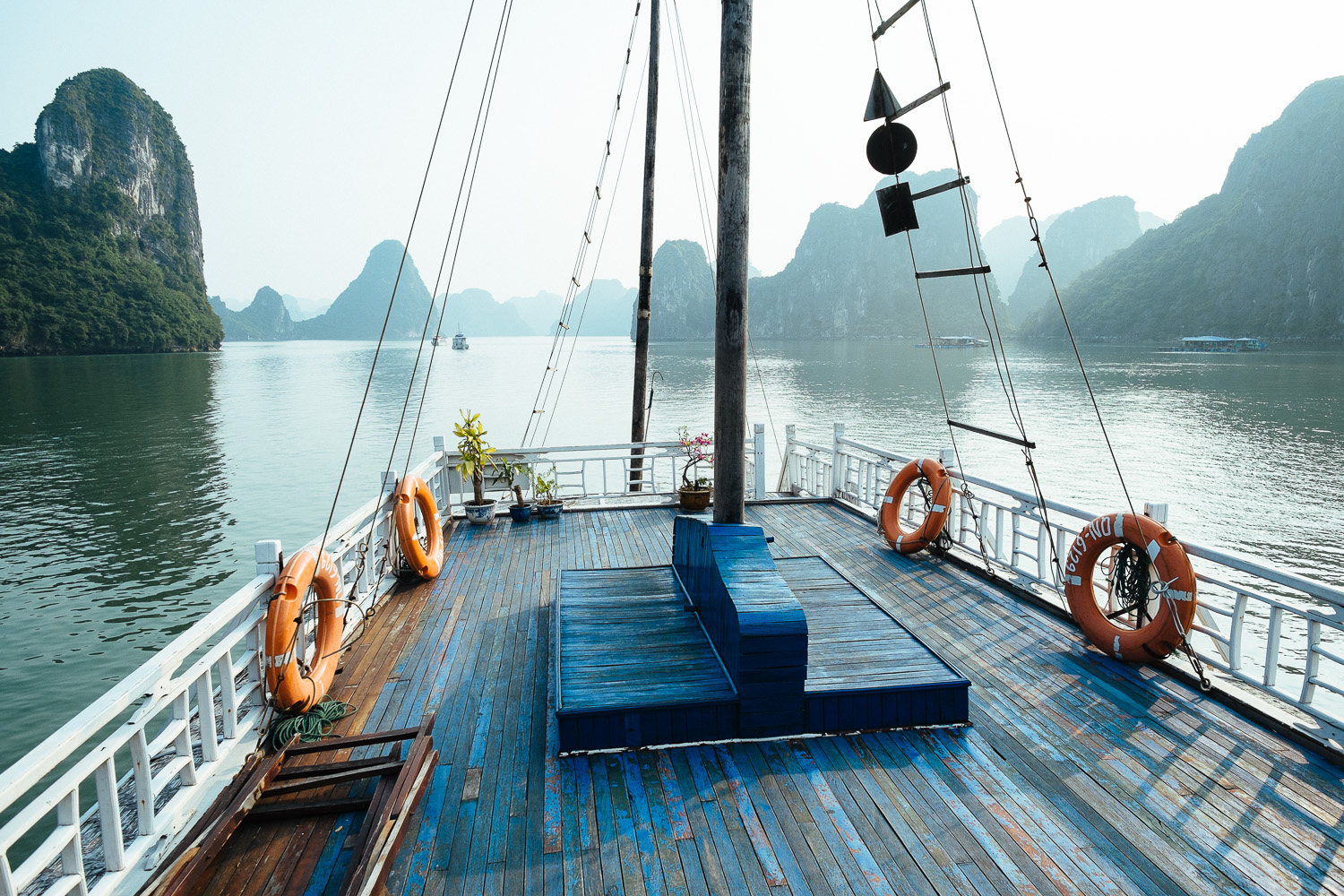 I was the first one who walked upstairs and enjoyed the beautiful scenery. The view was fantastic but what I loved even more was the have a couple of quiet and peaceful minutes on the upper deck of our boat.

This is my third trip to Asia. I can remember how I felt before the first one. I was nervous because of the high population density of the places I will see. I go there for business so the only places I usually see are the big cities like Hanoi, Saigon ( HCMC ), Bangkok, Manila or Jakarta. These are all mega cities with more inhabitants than the small country where I was born and live.

I lived in Vienna for almost 20 years but Vienna is a city of just 1.7 million, if you add its surroundings it´s 2.5. In the list of the biggest 200 metropolitan areas Vienna ranks 179. In this list Jakarta is second with almost 30 million. Manila made it in the Top10 too. There are a couple of other lists on the internet and there is no standard to tell what a city is and to determine the number of its inhabitants. But it doesn’t matter. These cities are really big and can be overwhelming. 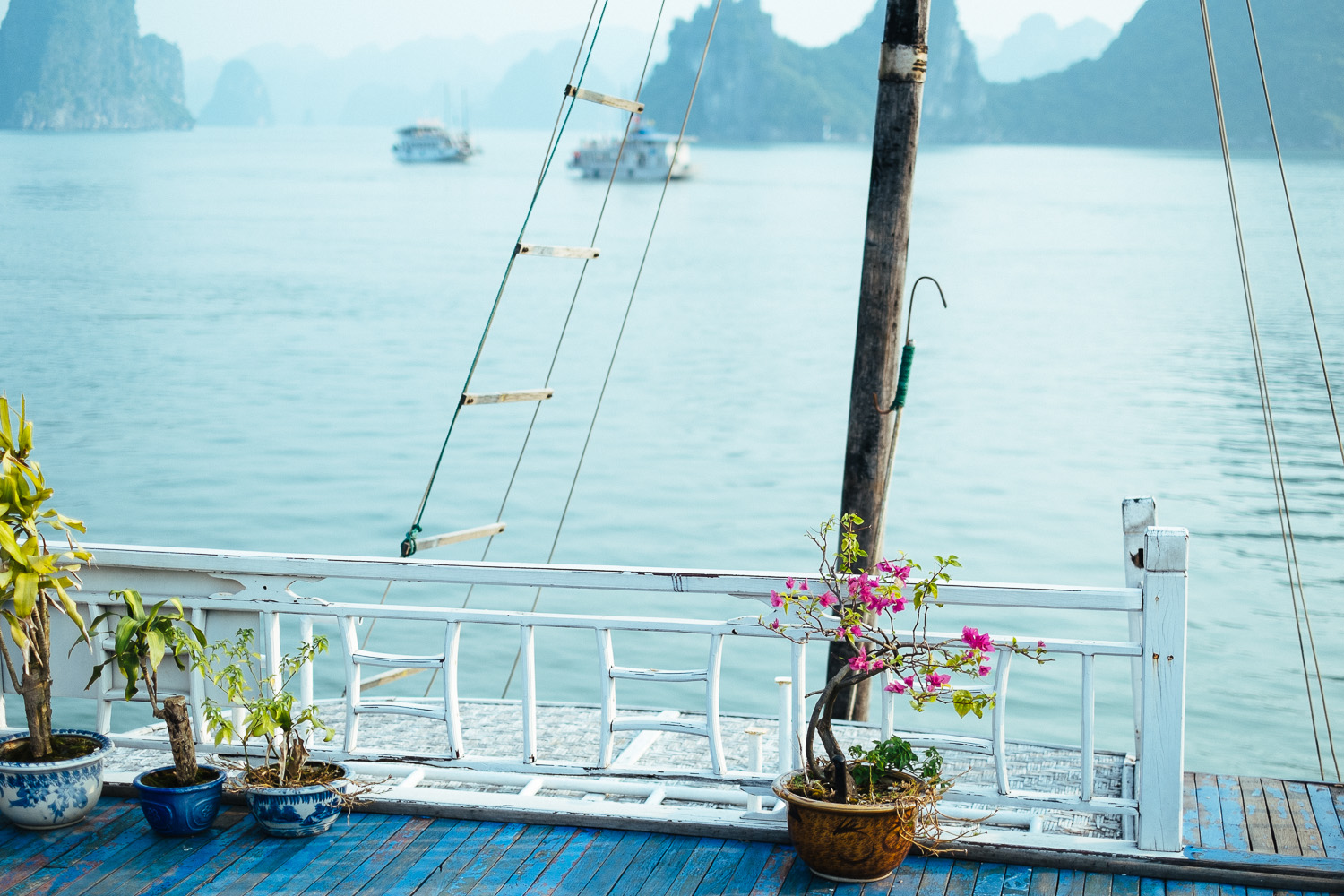 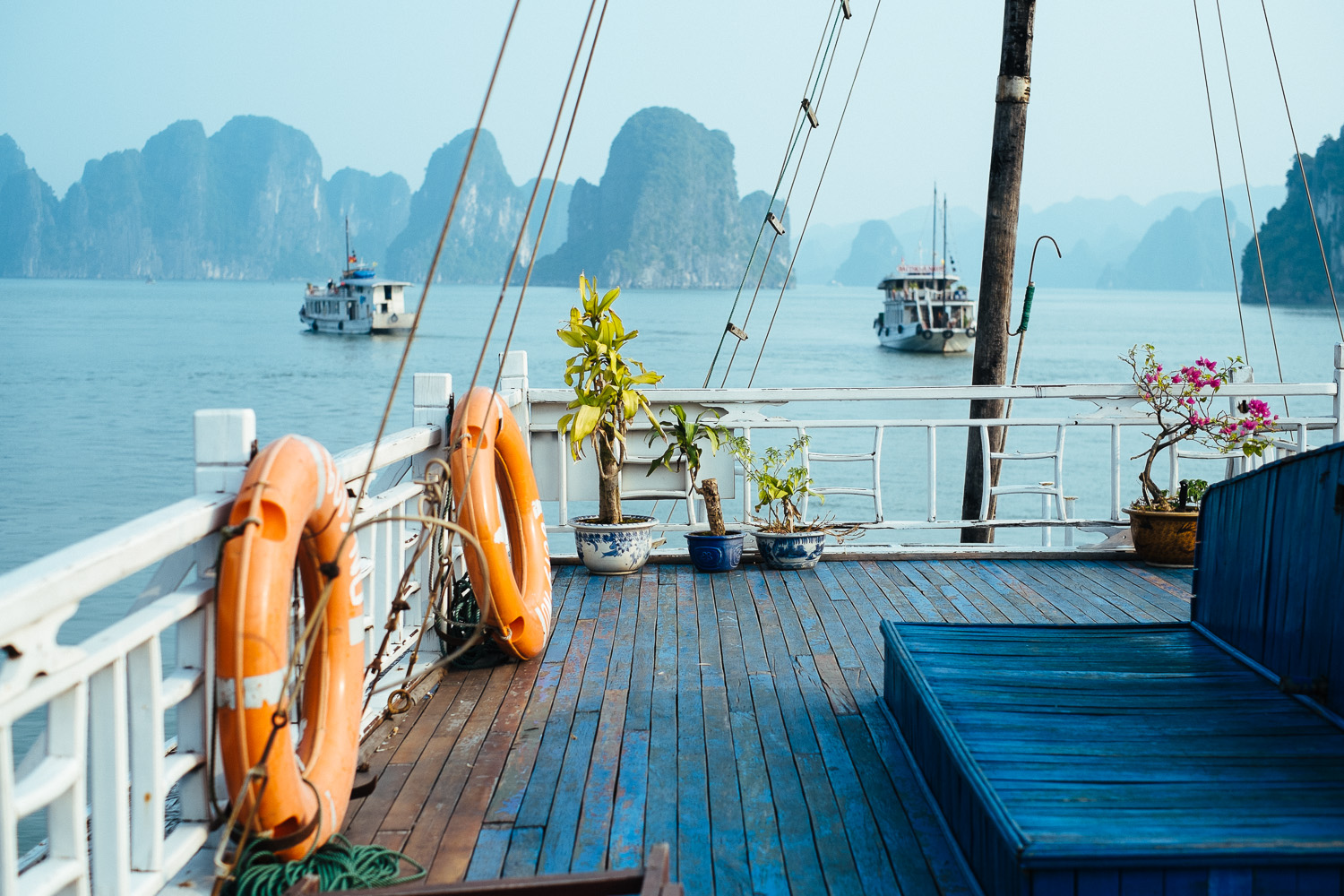 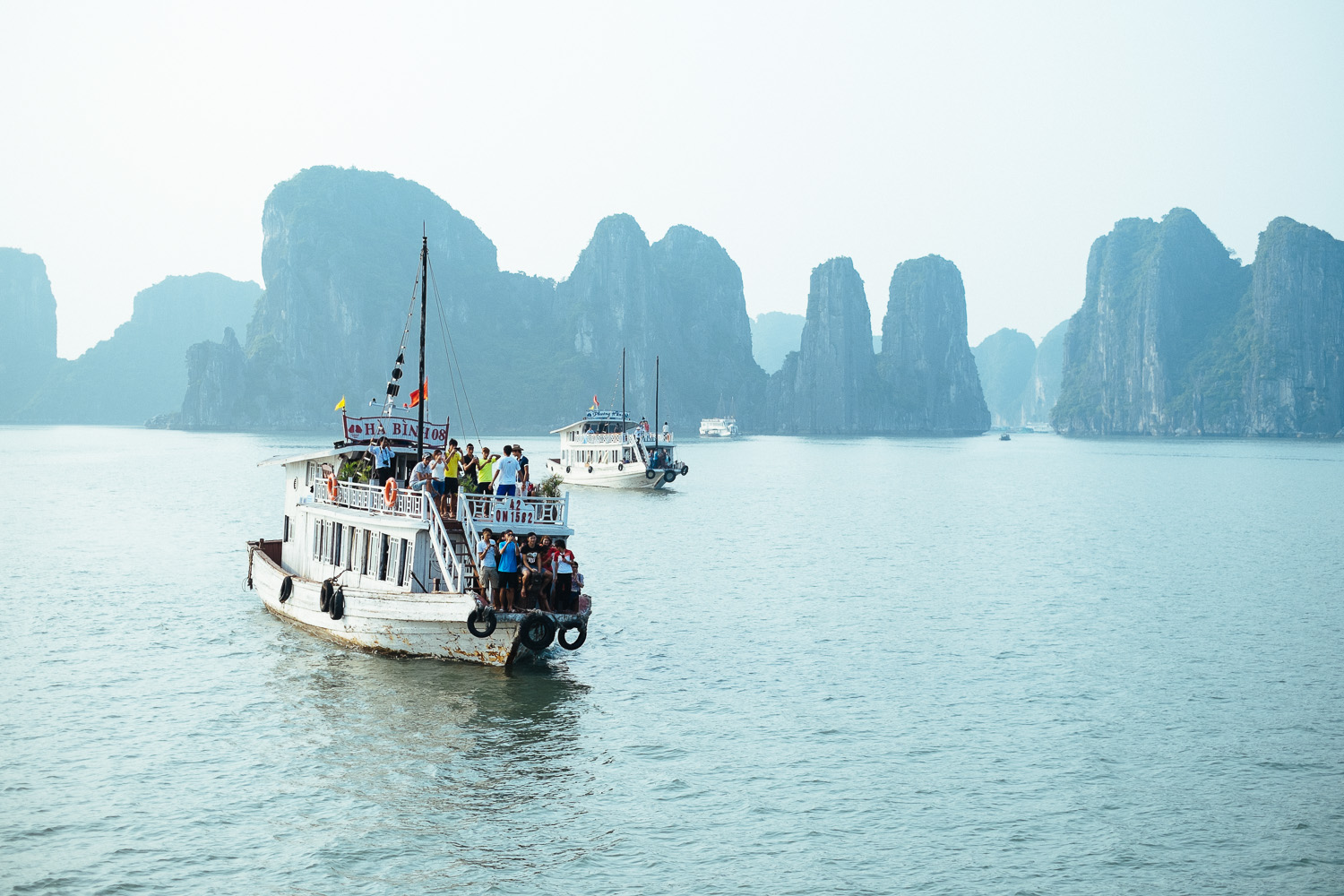 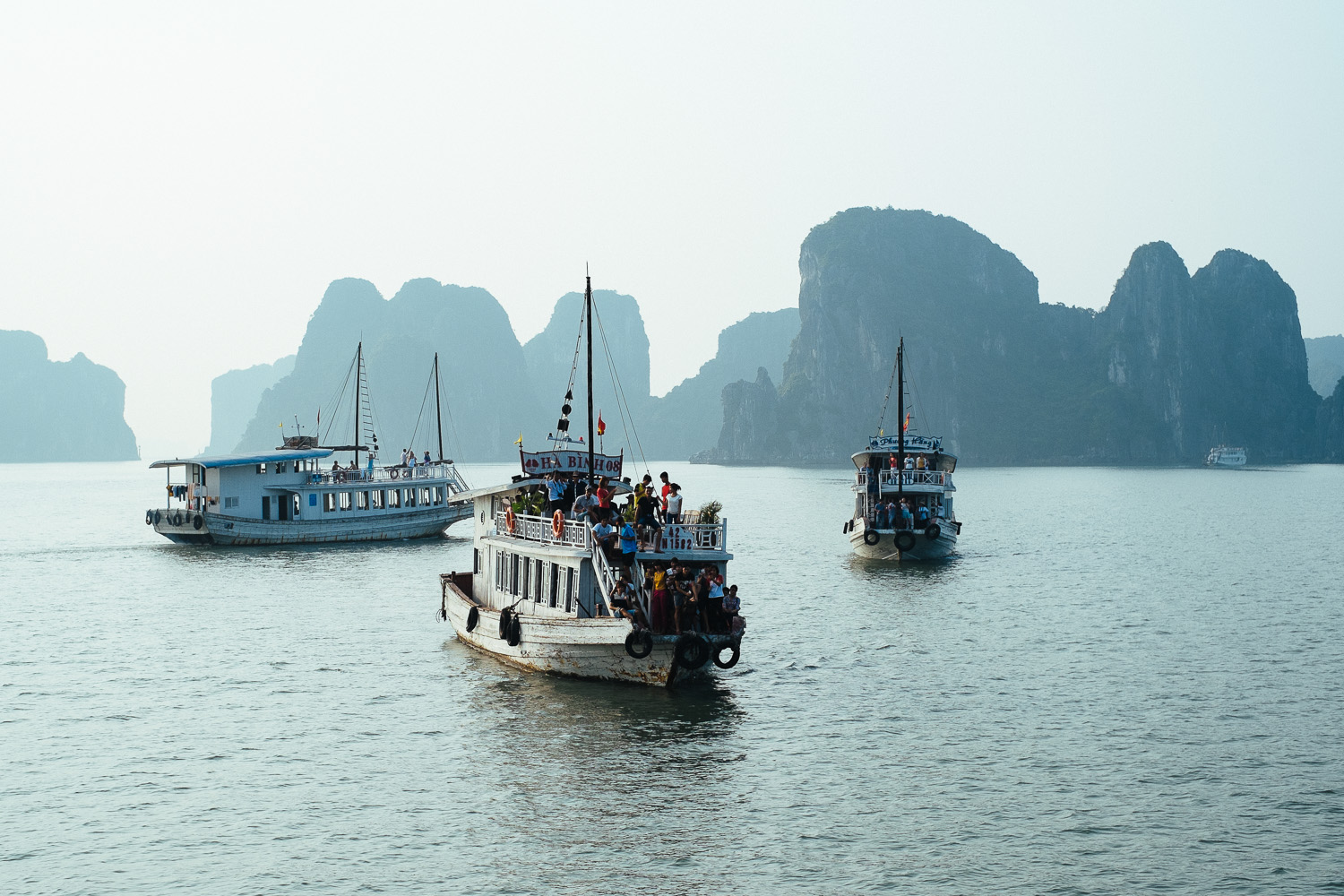 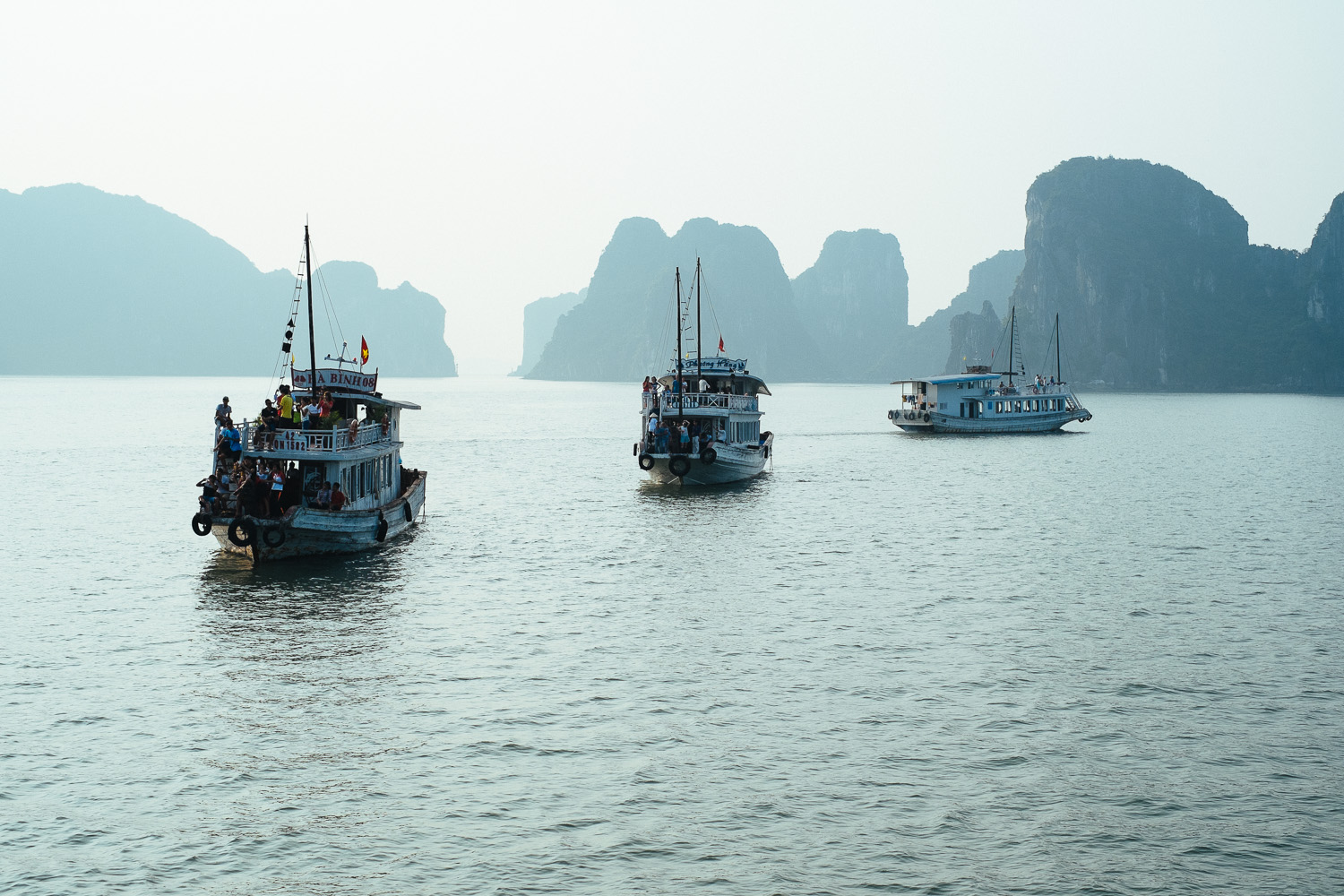 There are people everywhere and the only quiet place is my hotel room. And when I’m in my room I have to turn on the TV immediately to avoid the silence. It just doesn’t feel natural. It’s amazing how quick you adjust to a place. When I came back to Vienna from my first three week vacation in the Scottish highlands I was shocked by the number of peoples in the subway stations. The big cities here are worse than the subway in Vienna but I got used to it.

But there is one more thing that I immediately realize when I come back from those big Asian cities to the small village just outside of Vienna: the clean, fresh air. I never thought about it. It was nothing special to me. Clean air, clean lakes, clean rivers. In Austria we take it for granted but millions of people live in a polluted environment. They might never ever experience the cool, fresh and clean air after rainfall here. 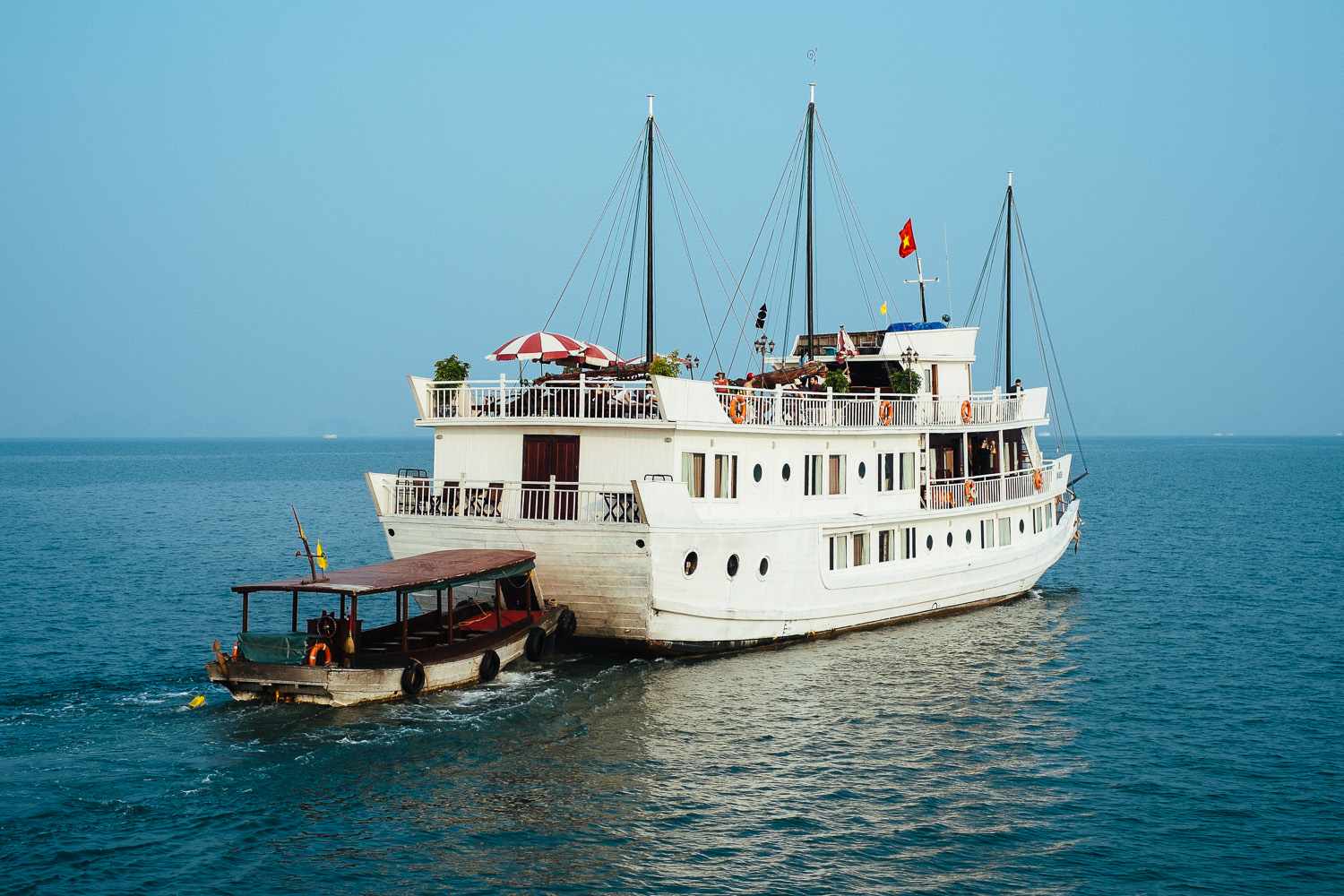 I shot with my Fuji X Pro-1 all the time until I thought of my new Ricoh GR that I just bought before the trip. So I took it out and shot with it. This was the last time I had no troubles to shoot with a camera by using the screen on the back.

Now I need to put off my glasses to see what’s going on in the frame or I need to hold the camera as far away as possible. Both is not a good idea because: 1. it simply looks stupid and 2. it is even more prone to camera shake.

So finally my eyes grew too old to comfortably use cameras without a viewfinder. This is rather annoying because I enjoy to shoot the GR and the GM1 ( Panasonic ). But I think that I will never ever buy a camera without viewfinder again. 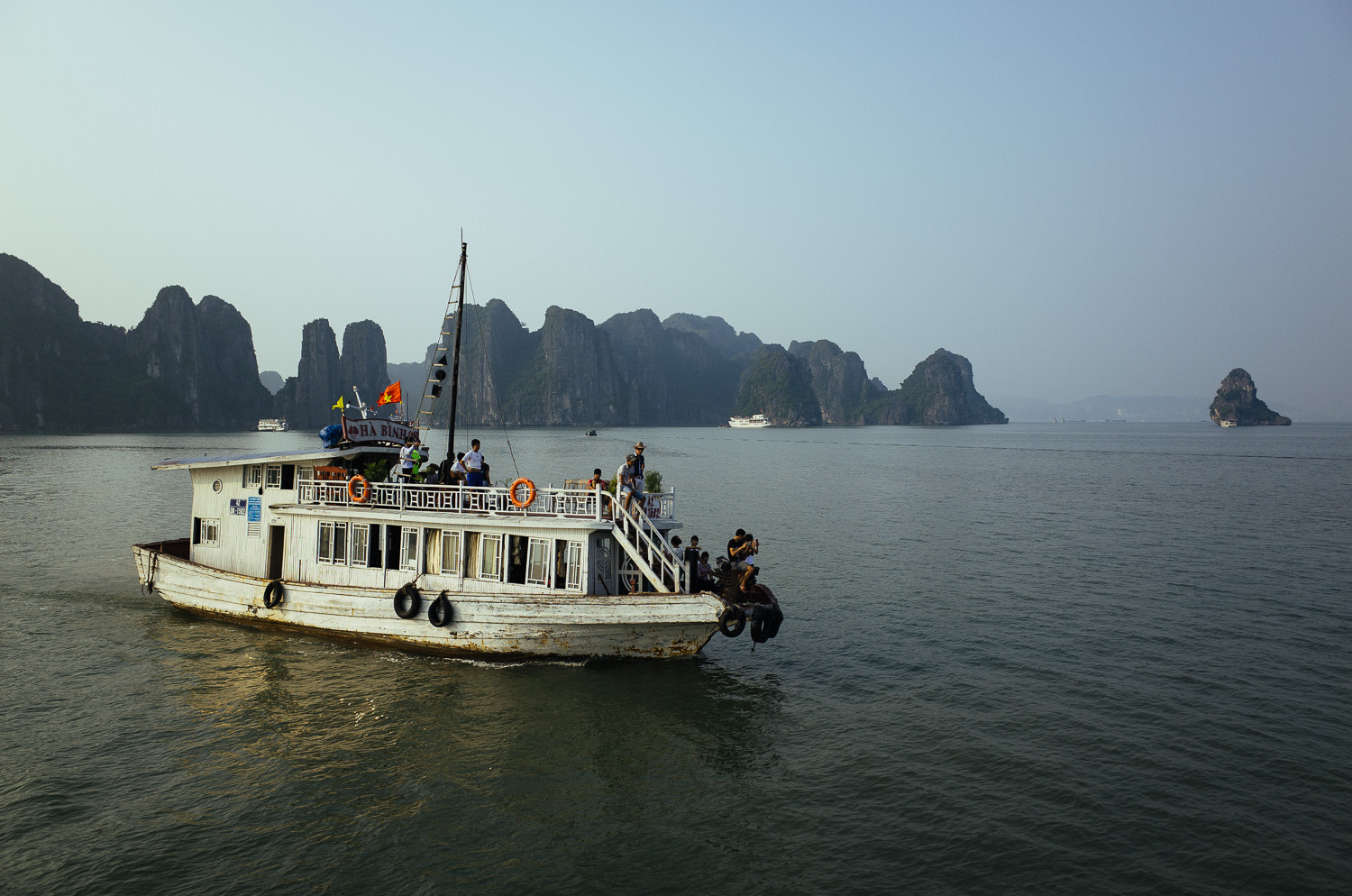 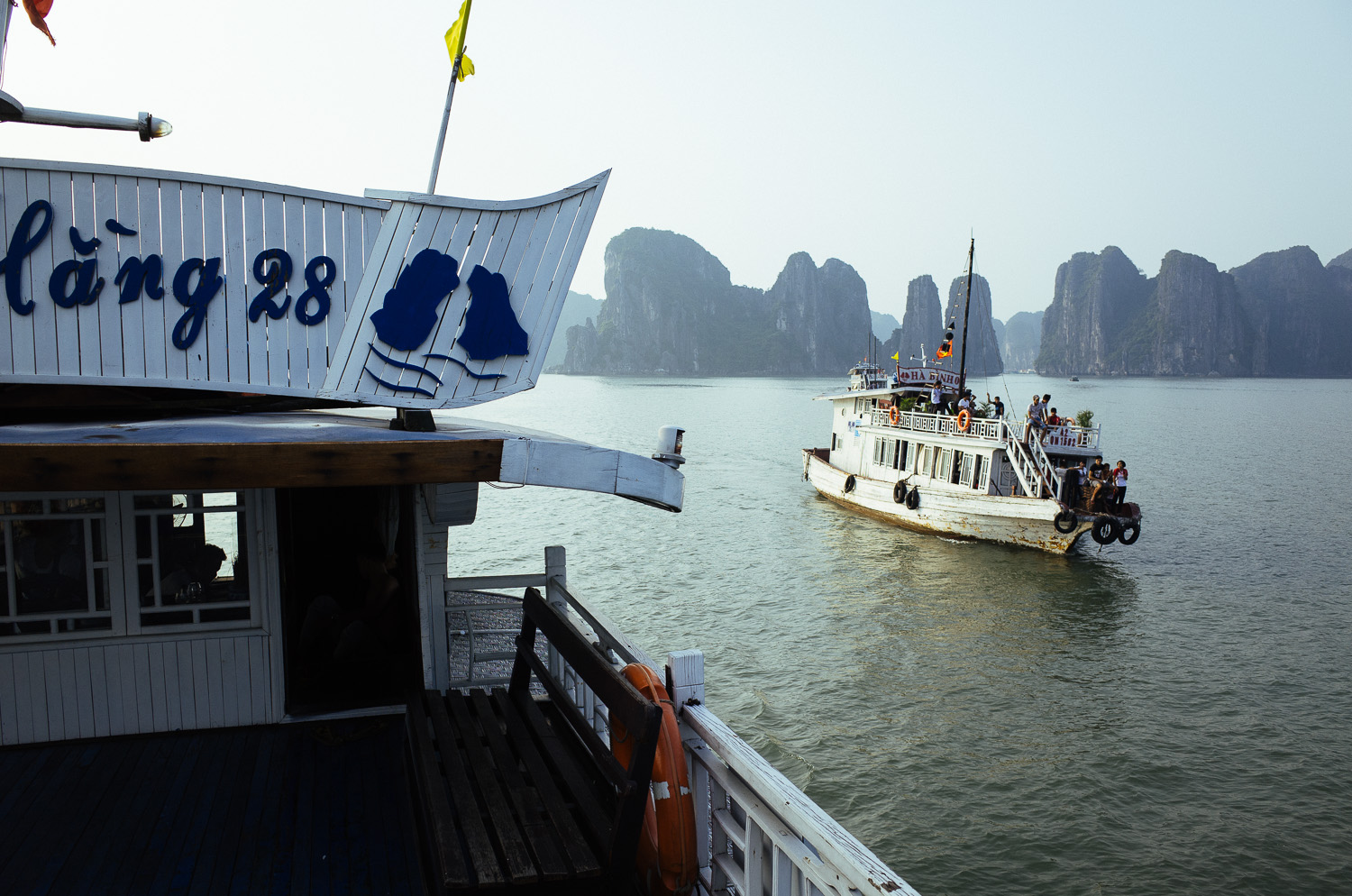 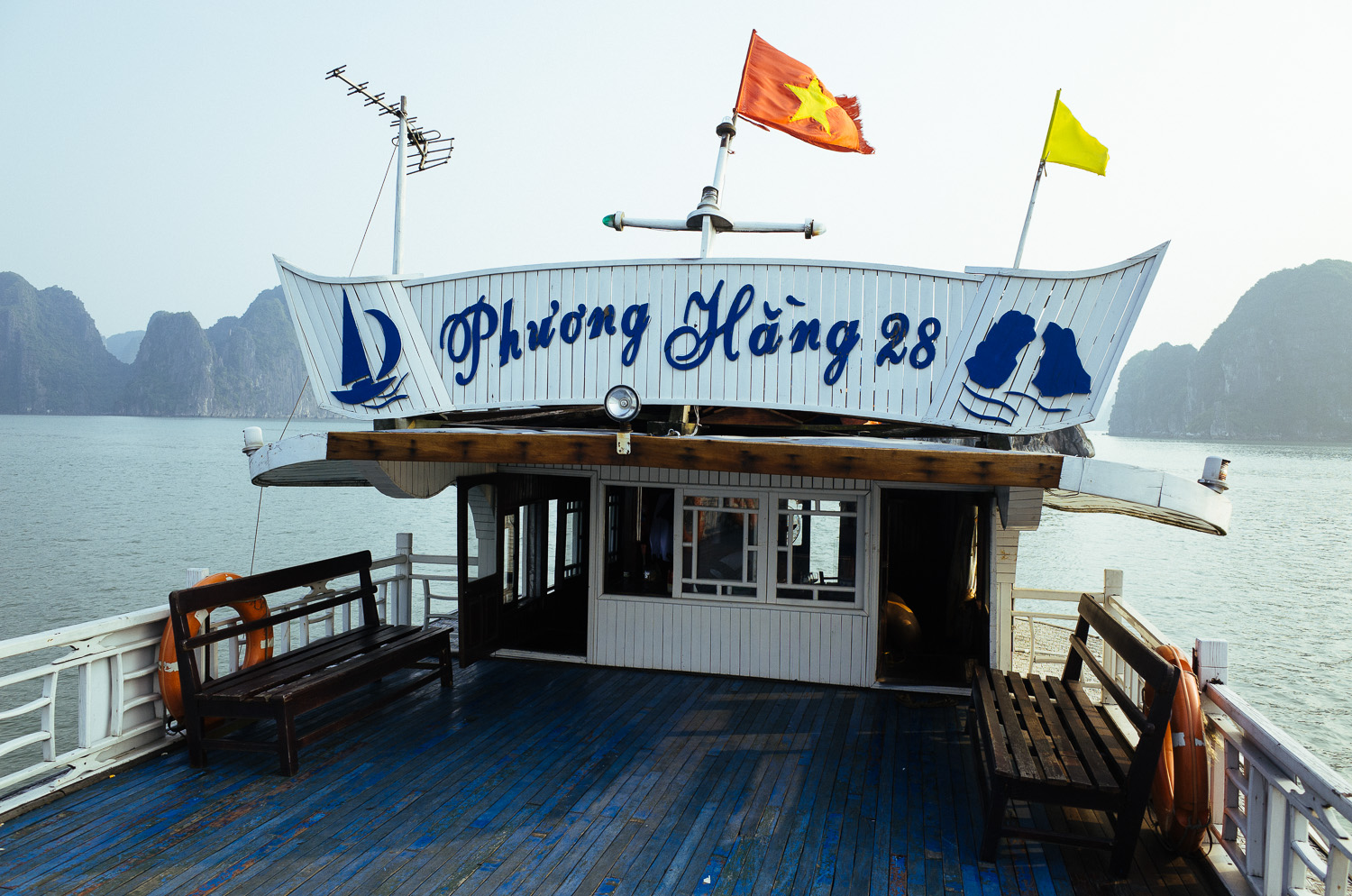 I wasn’t the only one on the upper deck for a long time. But it was time enough to take a couple of shots or to just stand there and watch the other tourist boats passing by. Time enough to enjoy the feel that I was on my own, private boat sailing through the island of Ha Long Bay.

It wasn’t more than a couple of minutes but enough to make me realize again that the two most precious things in the world are time and space.