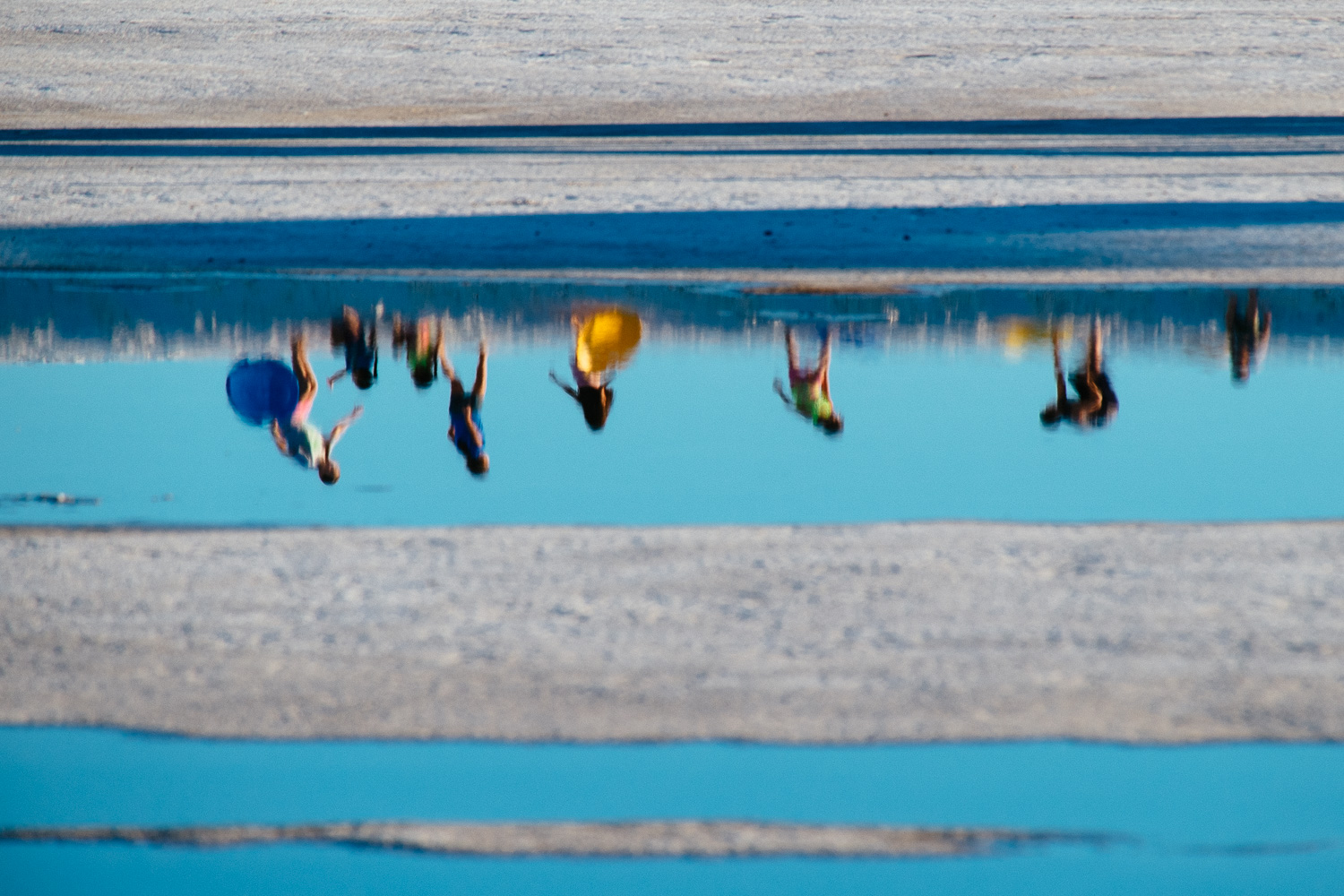 Some places are truly special. This is one of them. The White Sands National Monument in New Mexico.

It’s not complicated to get there but it is far away from most of the attractions of the South West of the USA. the White Sands NM is located in the South of New Mexico. It is very close to the Mexican border and the nearest city is El Paso, TX.

New Mexico is roughly the size of Germany but there are only 2 million people. More than 500.000 live in Albuquerque and another 100.000 in Las Cruces. Beside those and a couple of small towns New Mexico is practicably empty. And that’s the tricky part. It is rather hard to drive on a perfect straight road where you can see where you will be 30 minutes from now. Especially if you have to drive slow because you are not on an interstate and if there is nothing to see except some rocks and bushes. So we were truly tired when we finally reached the place. 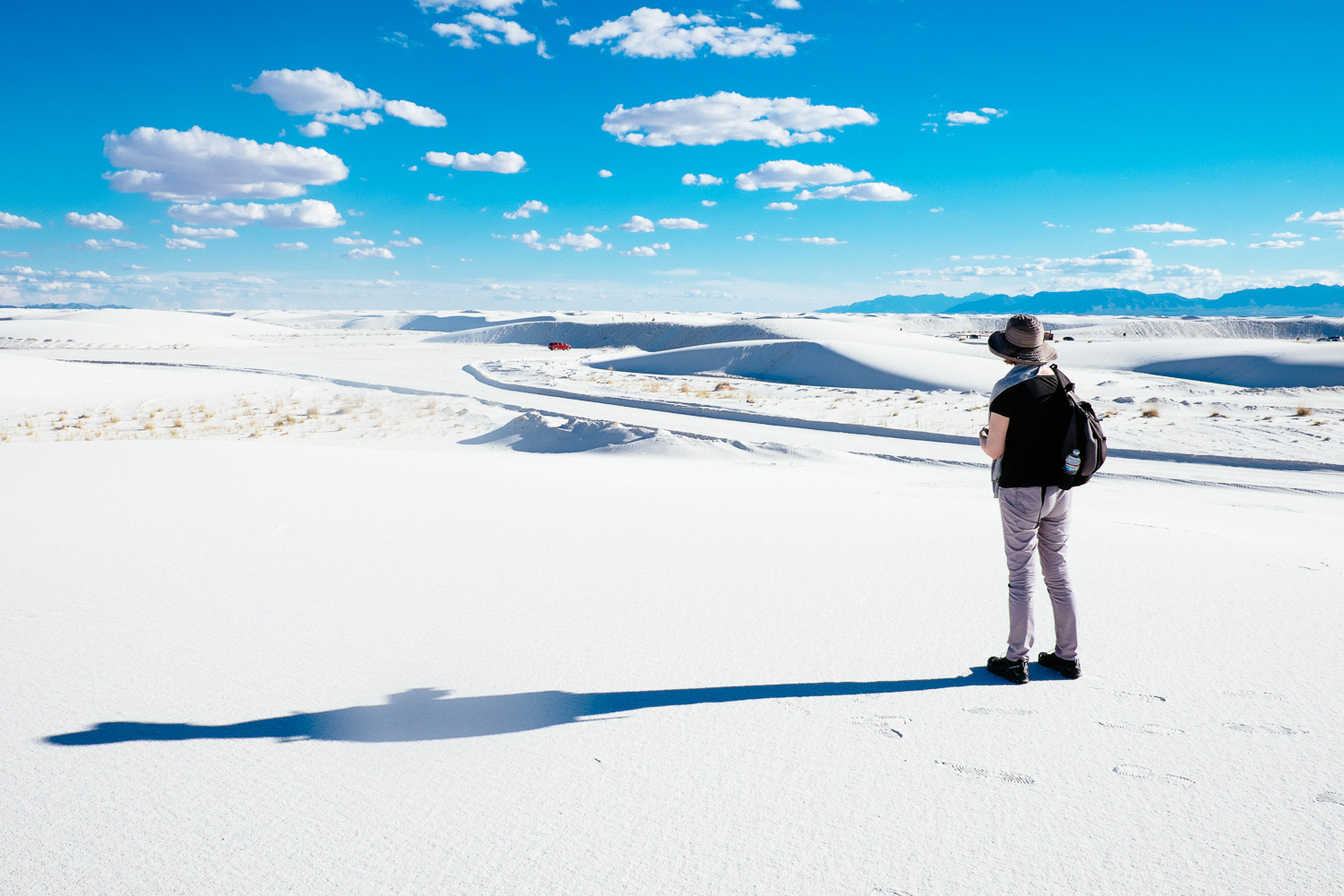 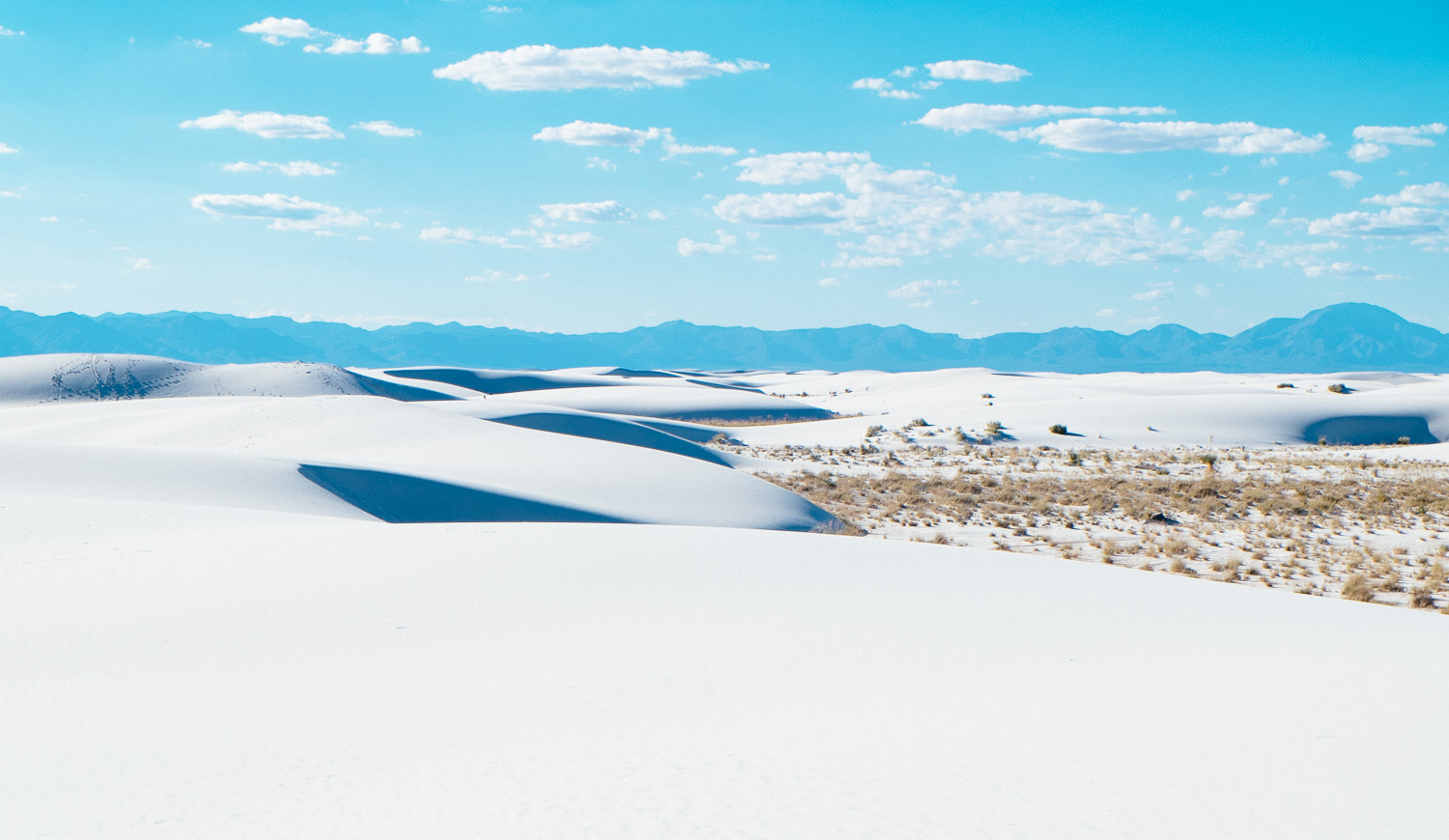 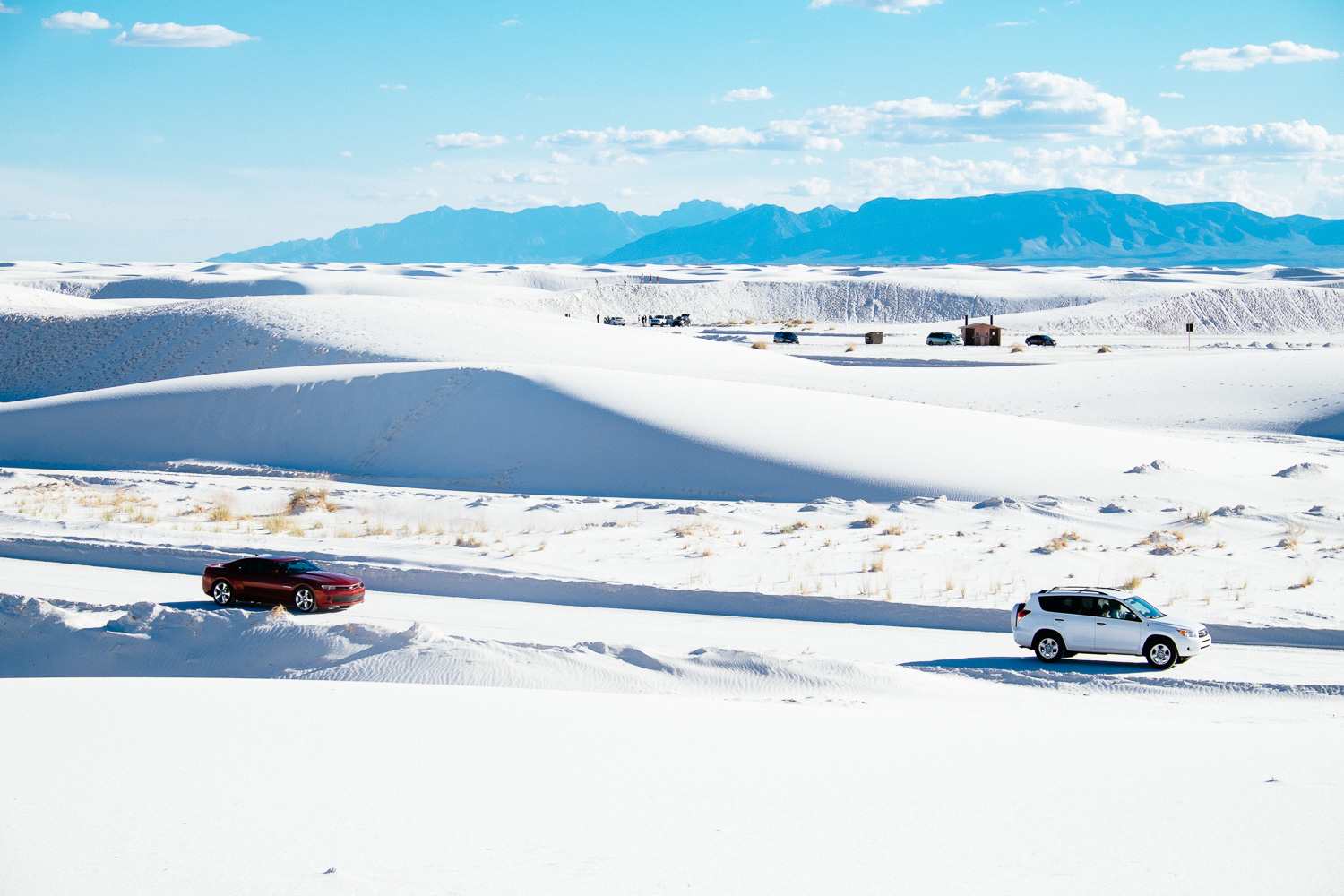 But it was well worth the ride. This place is magic. We reached early afternoon when the sun was still high and the sand was perfectly white. Gypsum crystals formed big sand dunes and it is as white as you can see it in those images so you better bring your sunglasses. I usually never wear sunglasses because I have glasses and to change in between then is too bothersome but here I apply put them on. It is almost impossible to see without them. It’s like being on a glacier. The only difference is that the sun here is even stronger.

The whole area covers 712km2 so it is much more than just a couple of white dunes. It’s a place to get lost but it is far from being intimidating. There are many visitors everywhere with their children enjoying to slide down the dunes on bobsleds. 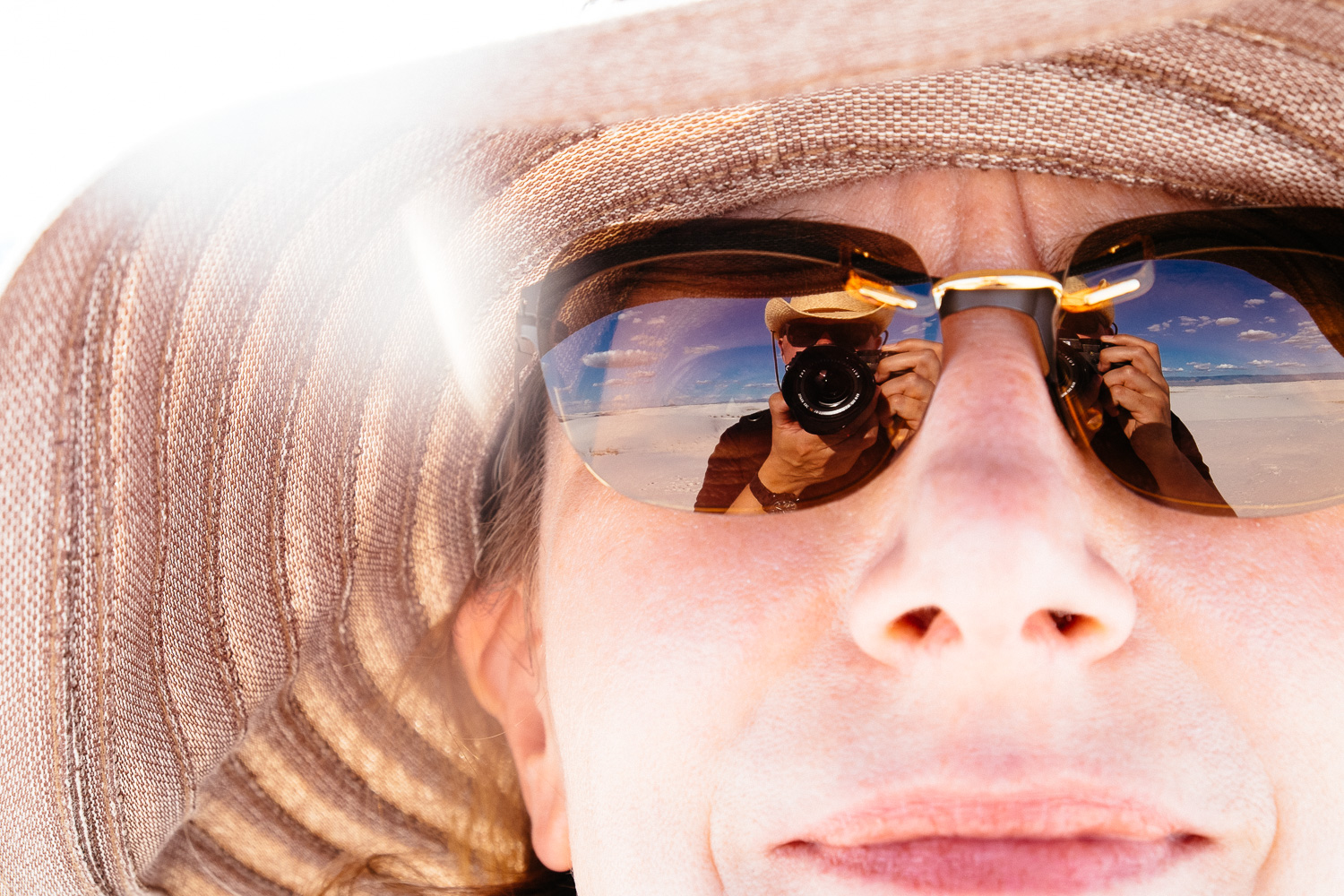 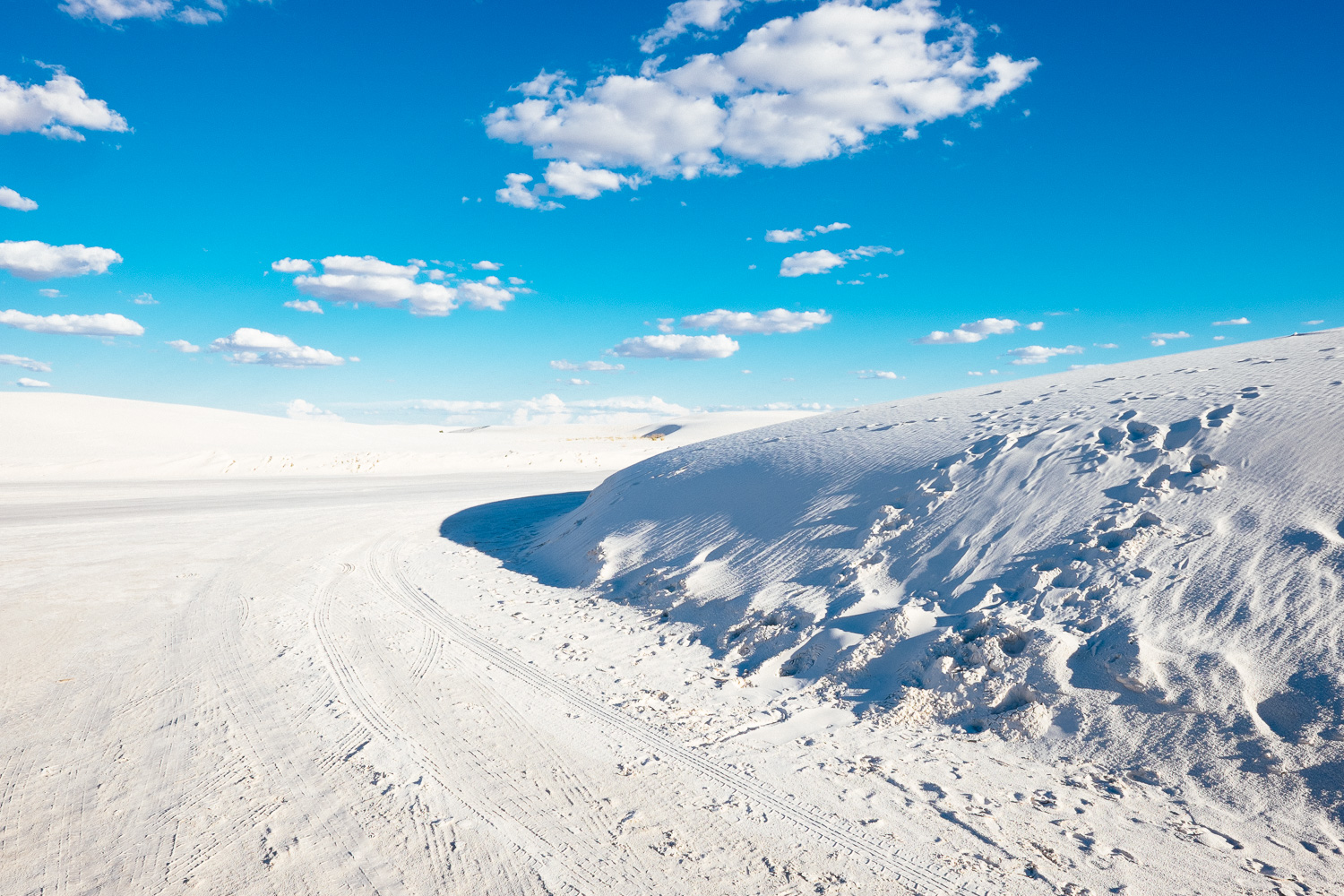 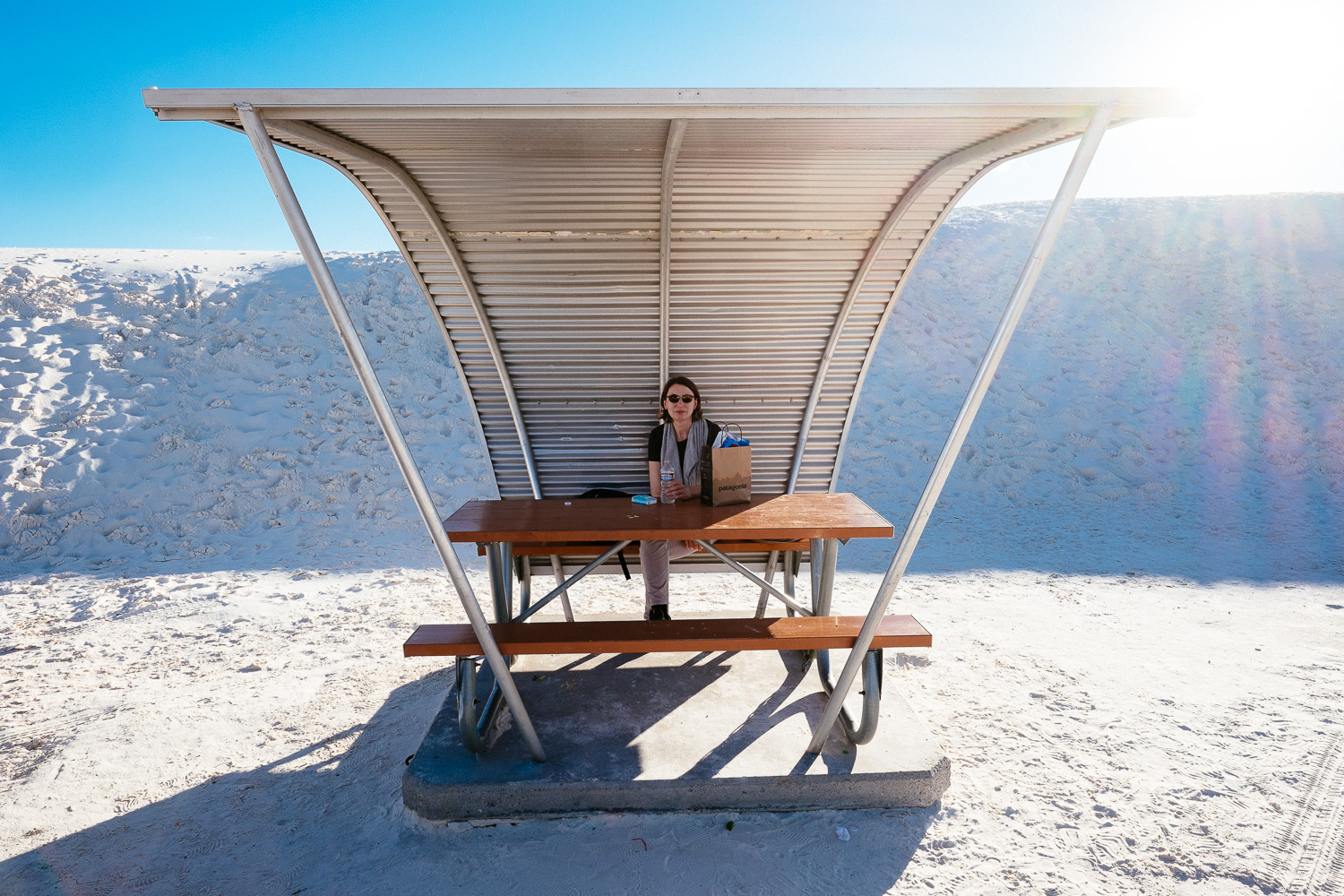 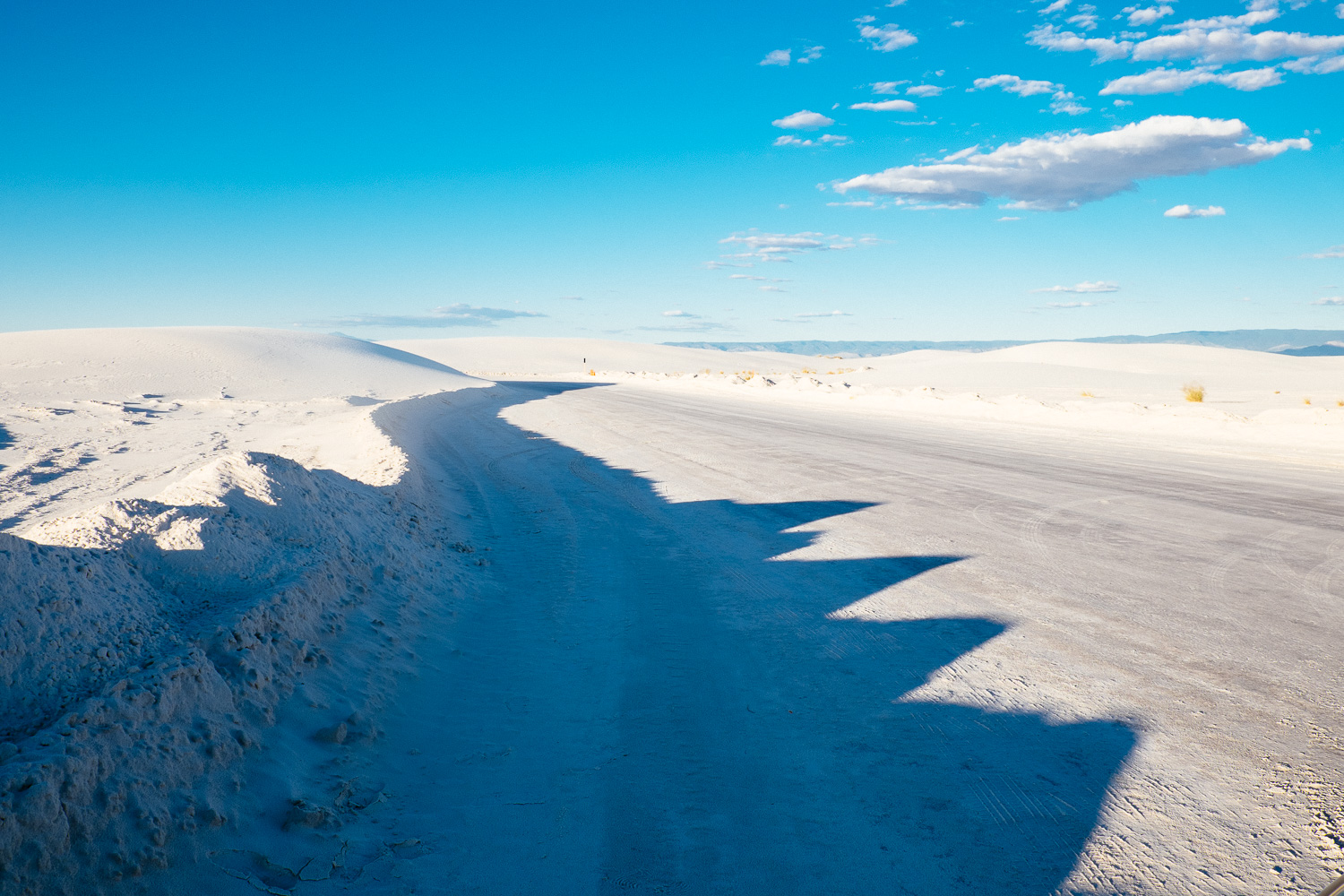 Just make sure that all the white doesn’t trick the meter of you camera. It is best to change to manual exposure or to dial in a +1.5-2 stop exposure compensation. If you don’t you will end up with severe under exposed shots.

Of course I compensated for the bright subject but I didn’t check the from element of my lens. I had a big, smeared fingerprint on the left side of the lens. It is easy to see in all the images I took with the kit lens. Since that mishap tend to look at the front element of my lenses from time to time.

I shot with the kit lens mounted on my Fuji X-T1 and with the XC 50-230 OIS on the X Pro-1 and my wife shot with her Fuji X-M1. All three cameras are using the same sensor which made life a lot easier for post processing. To use two cameras is also a good way to avoid to switch lenses. Something I don’t like to do especially in the desert or when it’s windy. There is a high risk that dust gets on the sensor and like with my fingerprint you only figure it out when it is too late. Better use two cameras or take extra care when switching lenses.

There are more images from the White Sands National Monument in a second blog post and some great sunset shots in a third as one blog isn’t enough to cover the place in all its beauty. 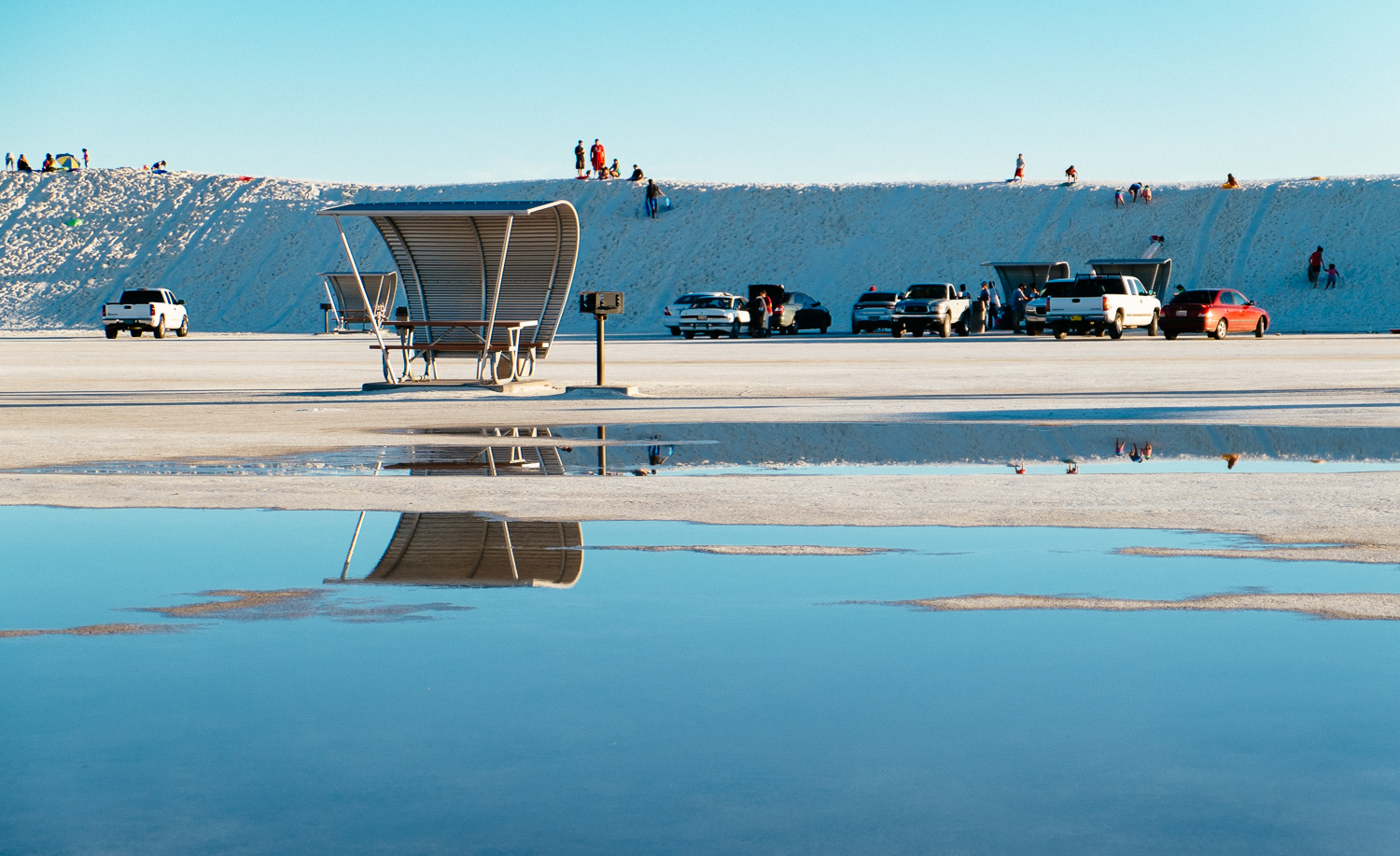