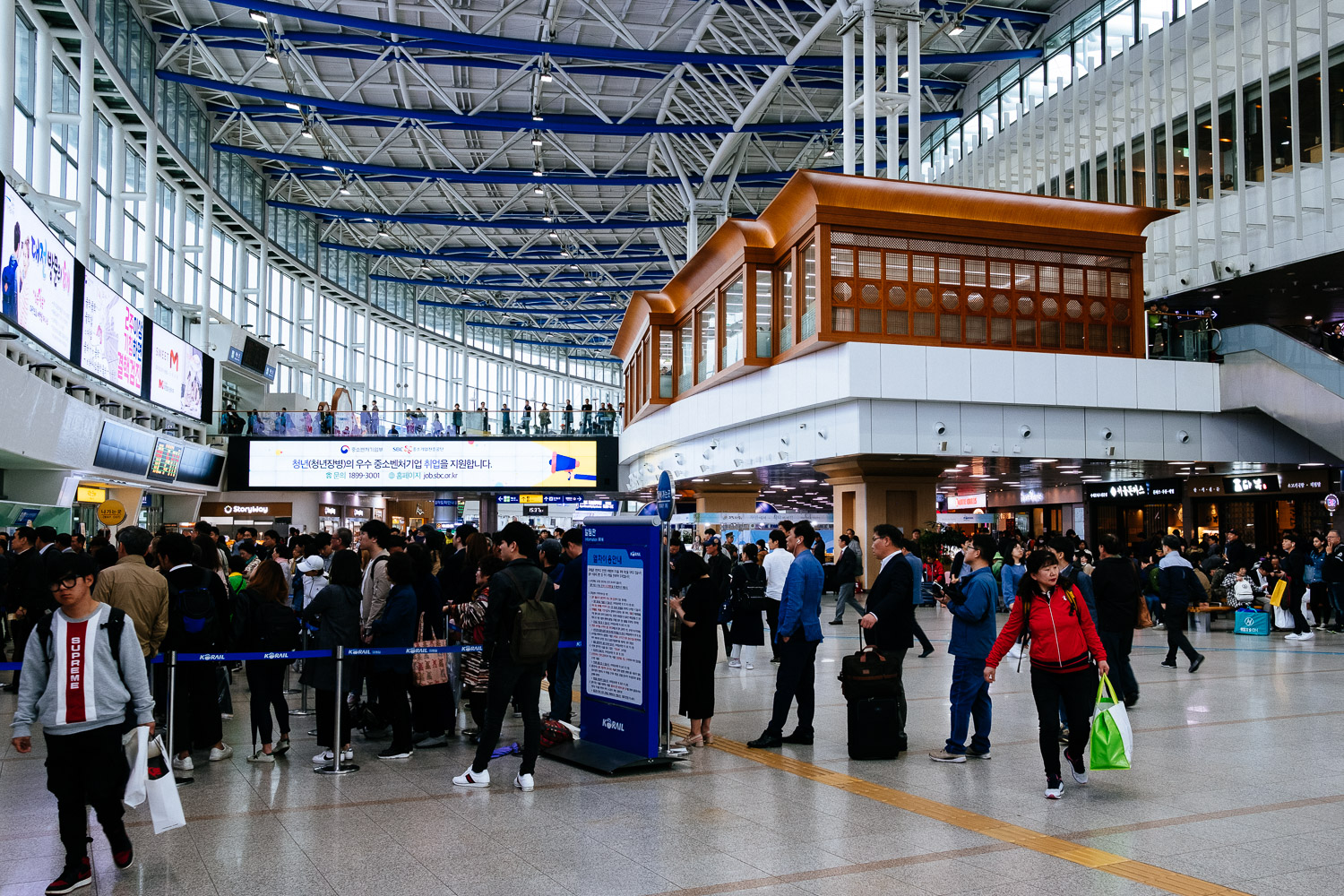 Some more from past trips this time from South Korea. A day trip from Seoul to a medical congress in Busan.

Since my first trip to Japan I have become a big fan of trains. Since than I traveled from Tokyo to Osaka and back a couple of times. So when I heard that we will take the train to Busan I was very happy. I have spent too much time in airports already in my life. 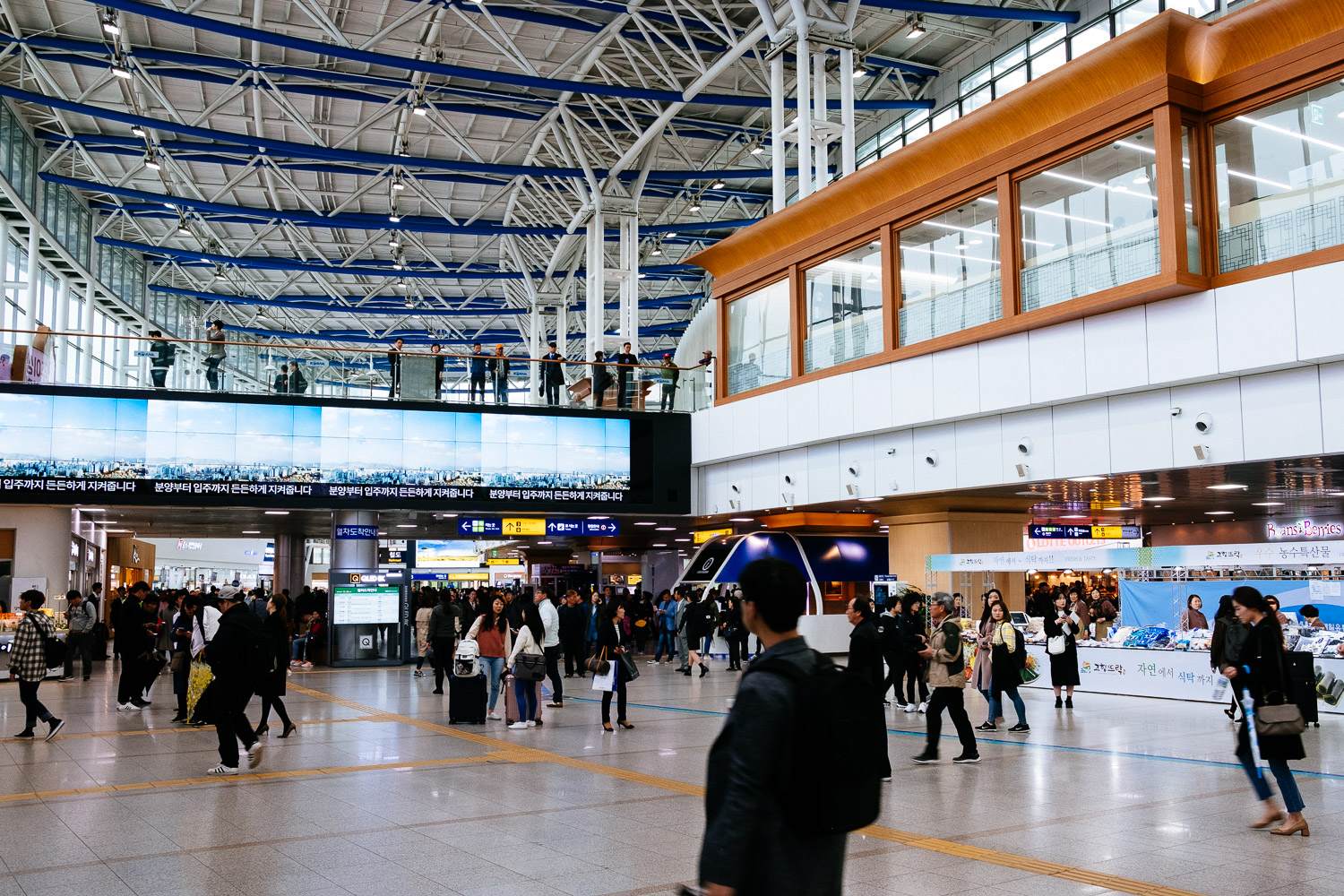 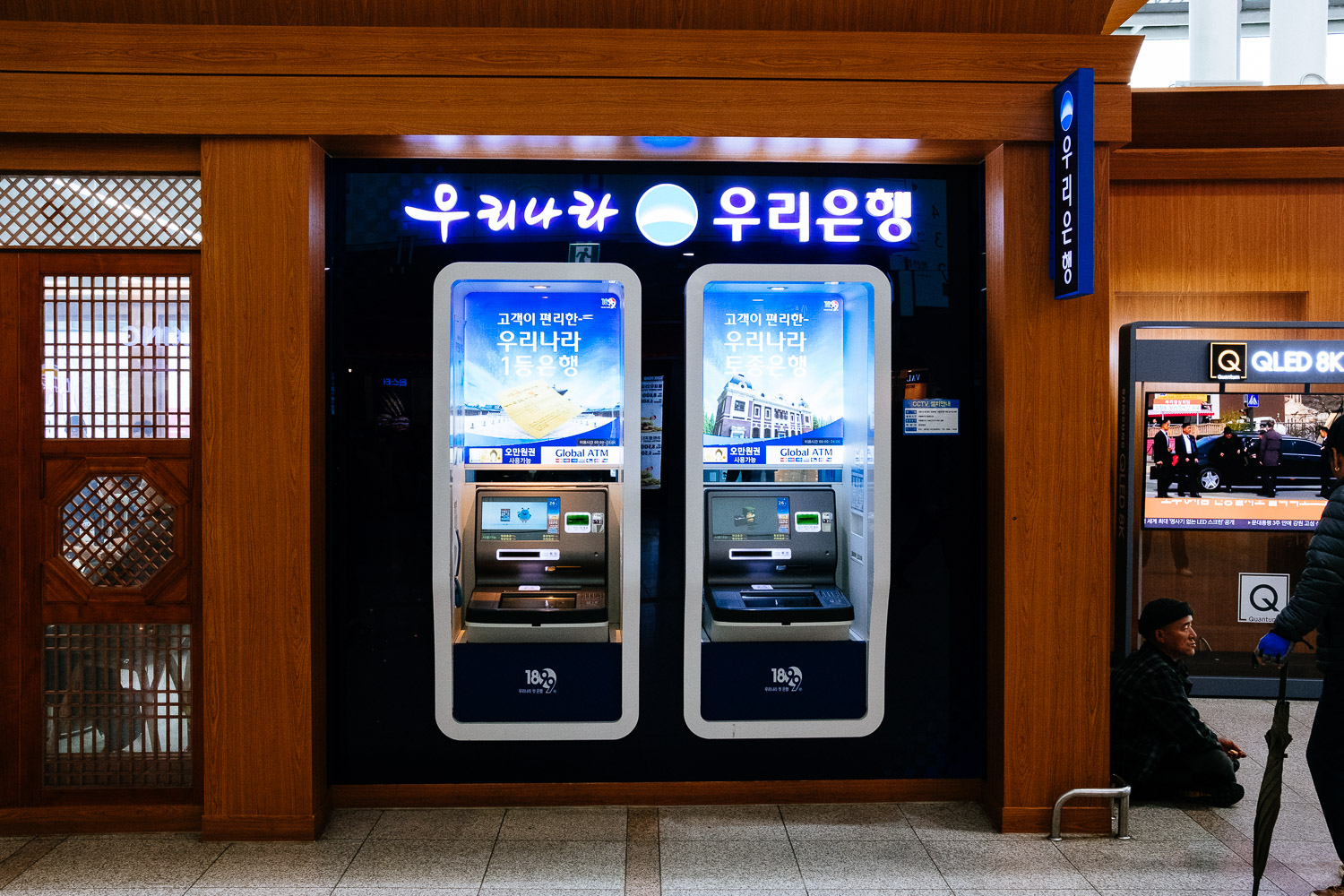 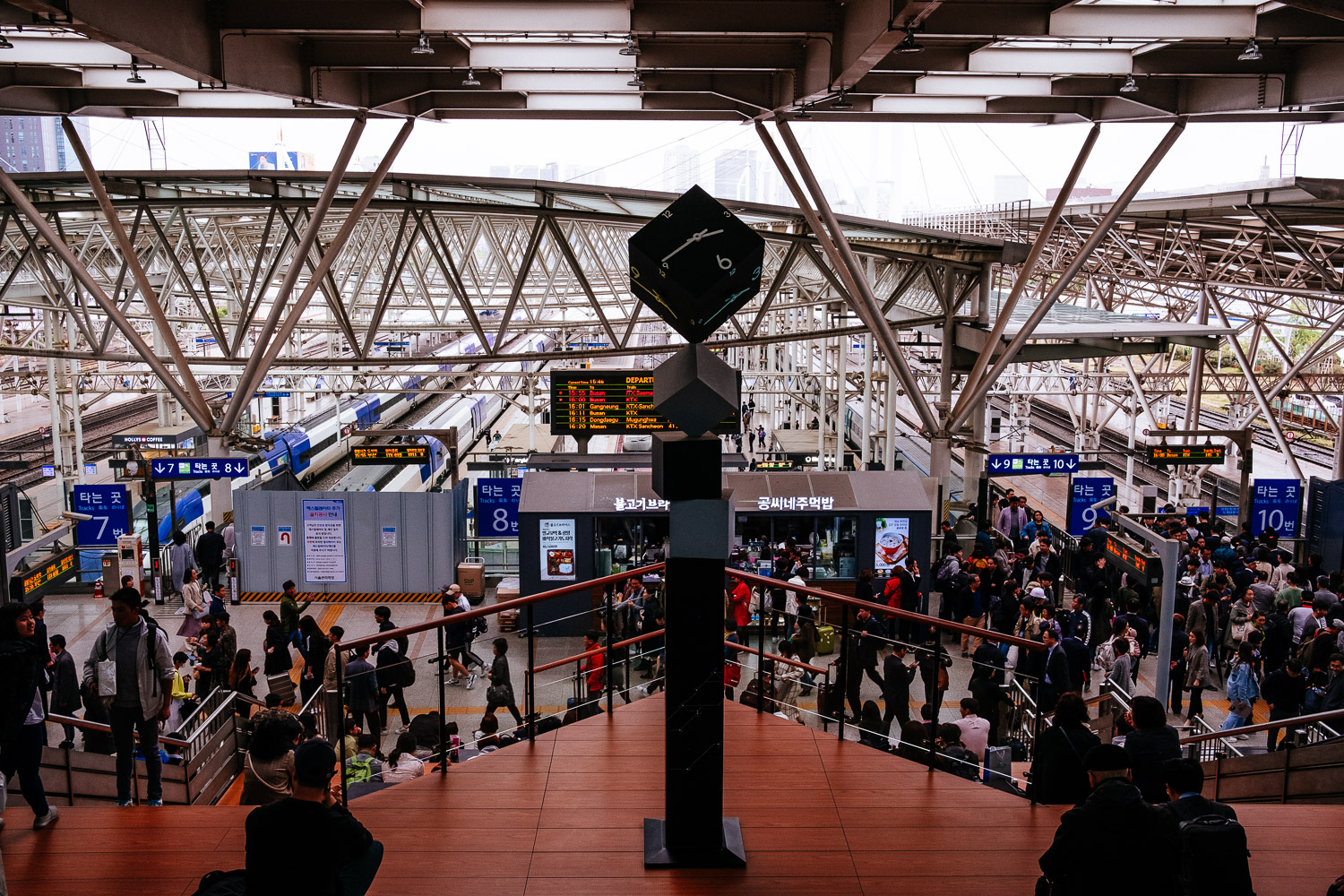 The train station in Seoul is modern and old fashioned at the same time. Busy by our standards but nothing compared to Japan or other places in Asia. I guess the train is not the most popular mode of transport here.

We got ourselves some lunch boxes and water and boarded our train to Busan. A big city in the South about 325 kilometre from Seoul. My colleague from Germany that I asked to join me for the congress took a nap and I took a very funny shot but of course I can’t share that here. He would never join me again on one of those trips. 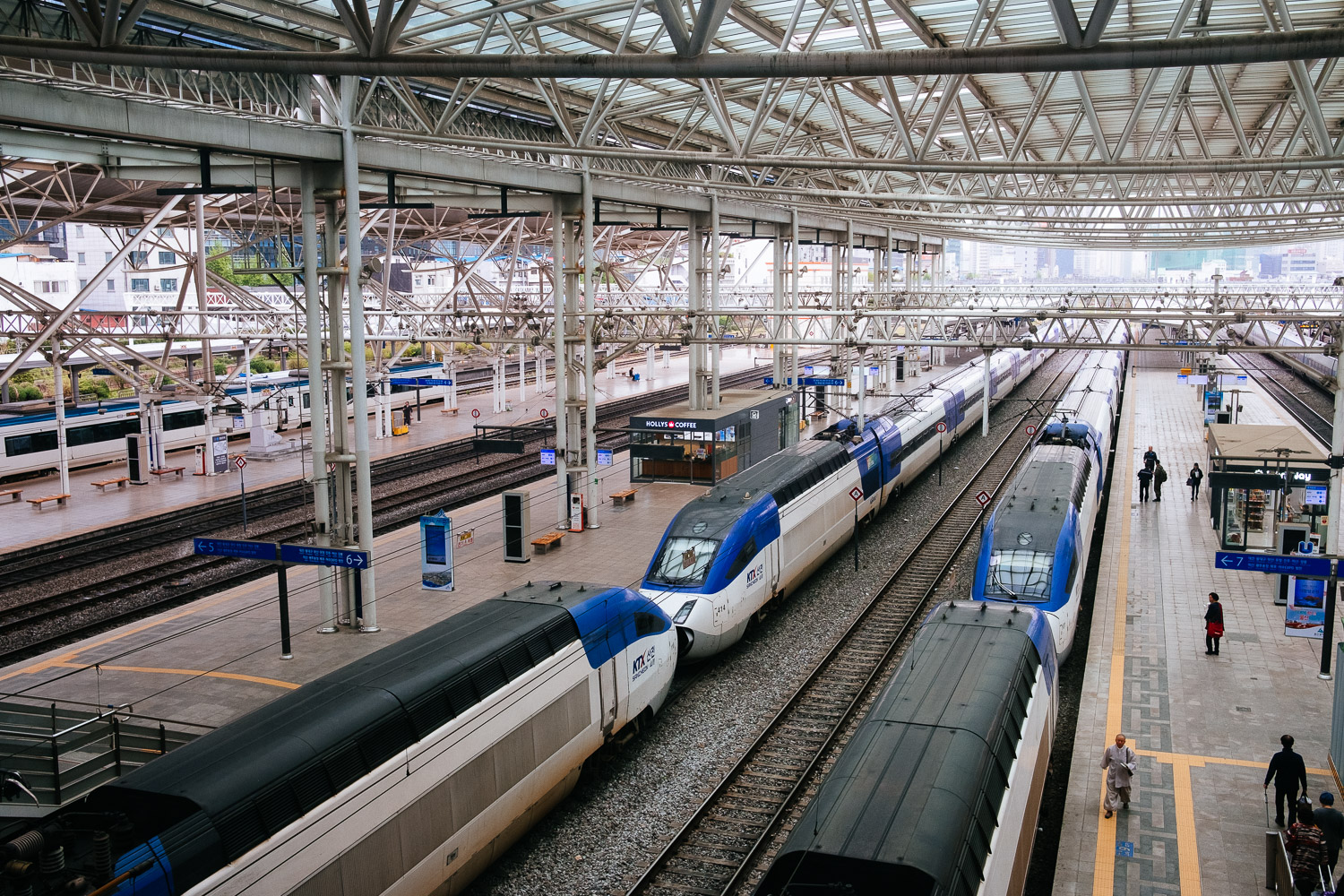 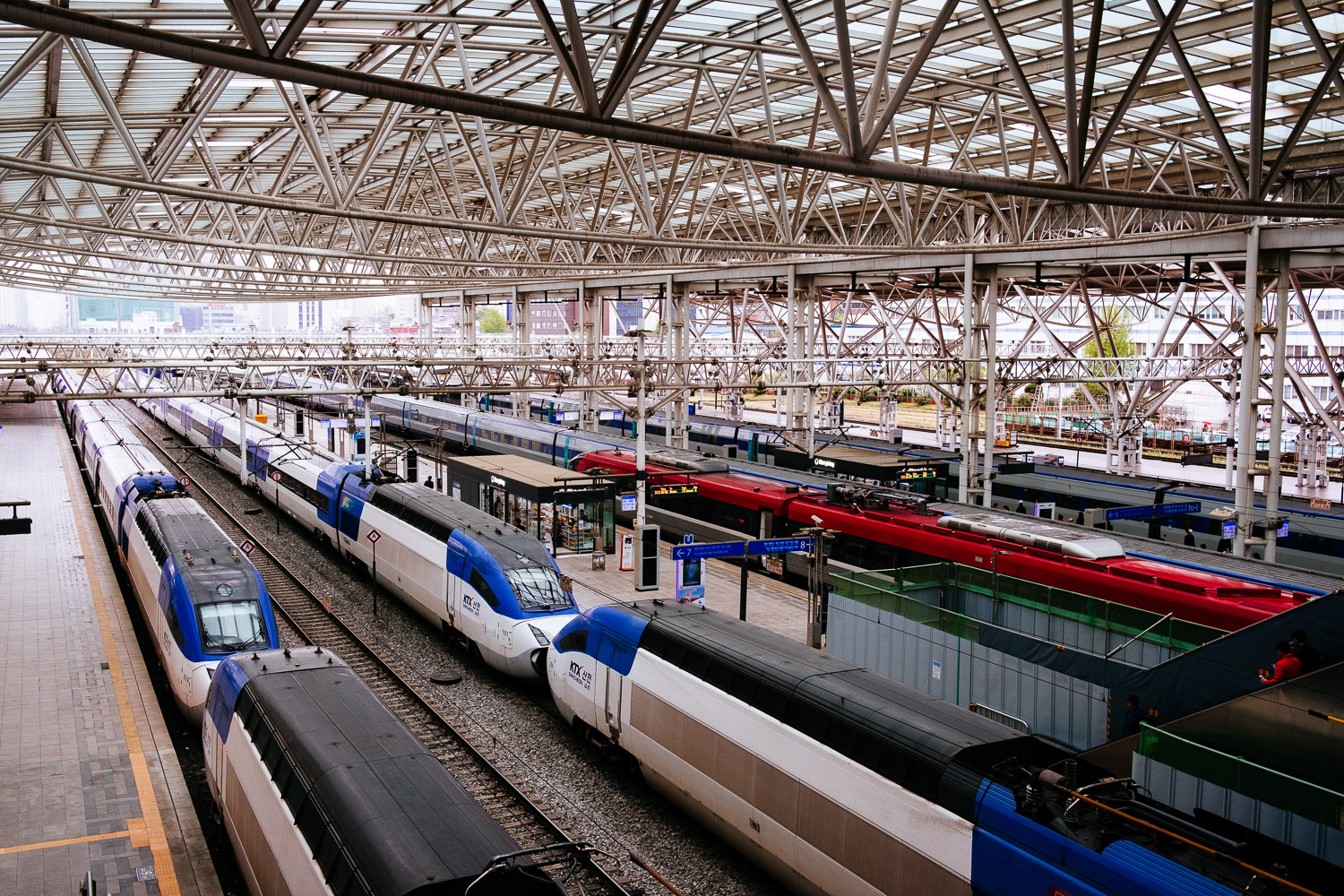 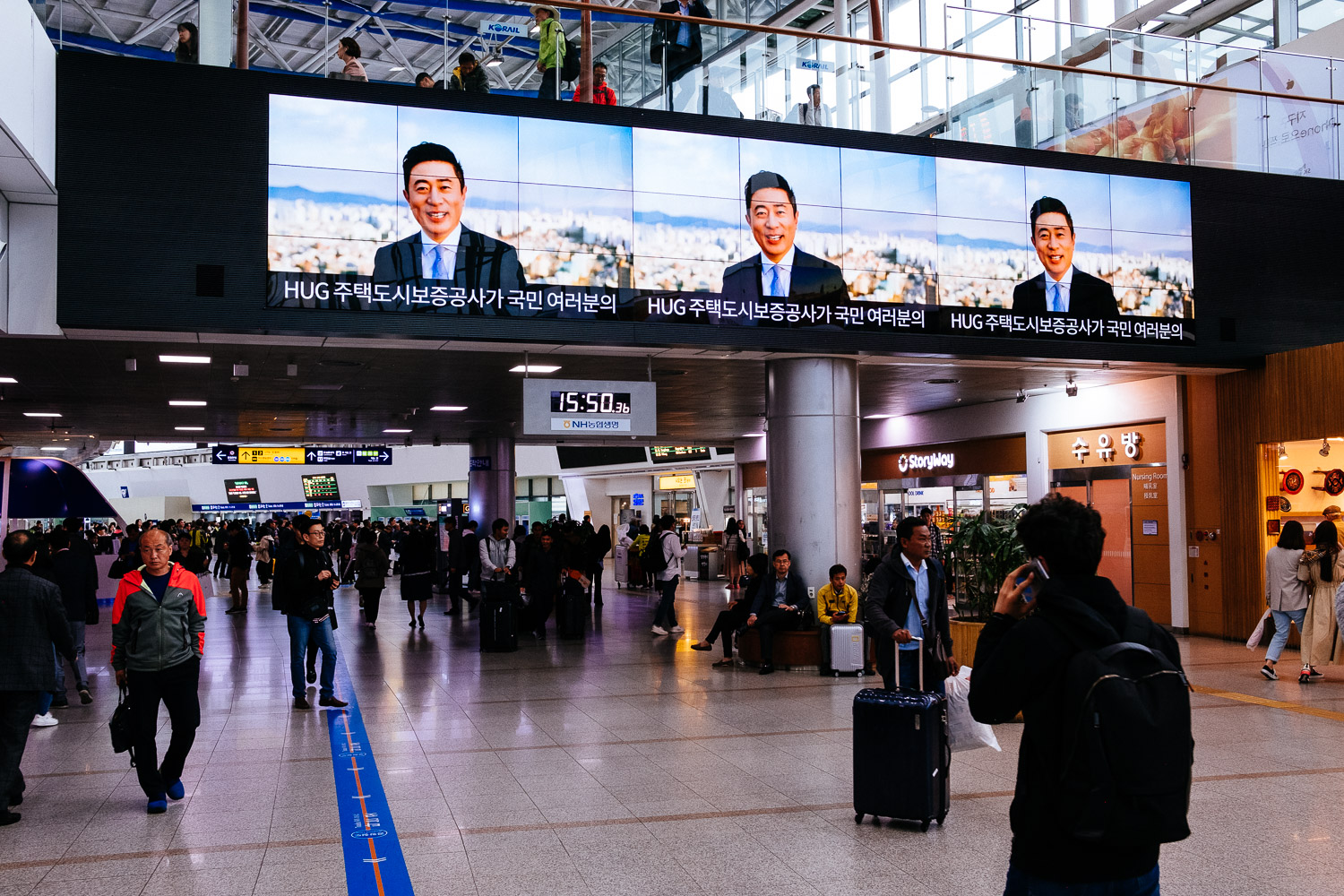 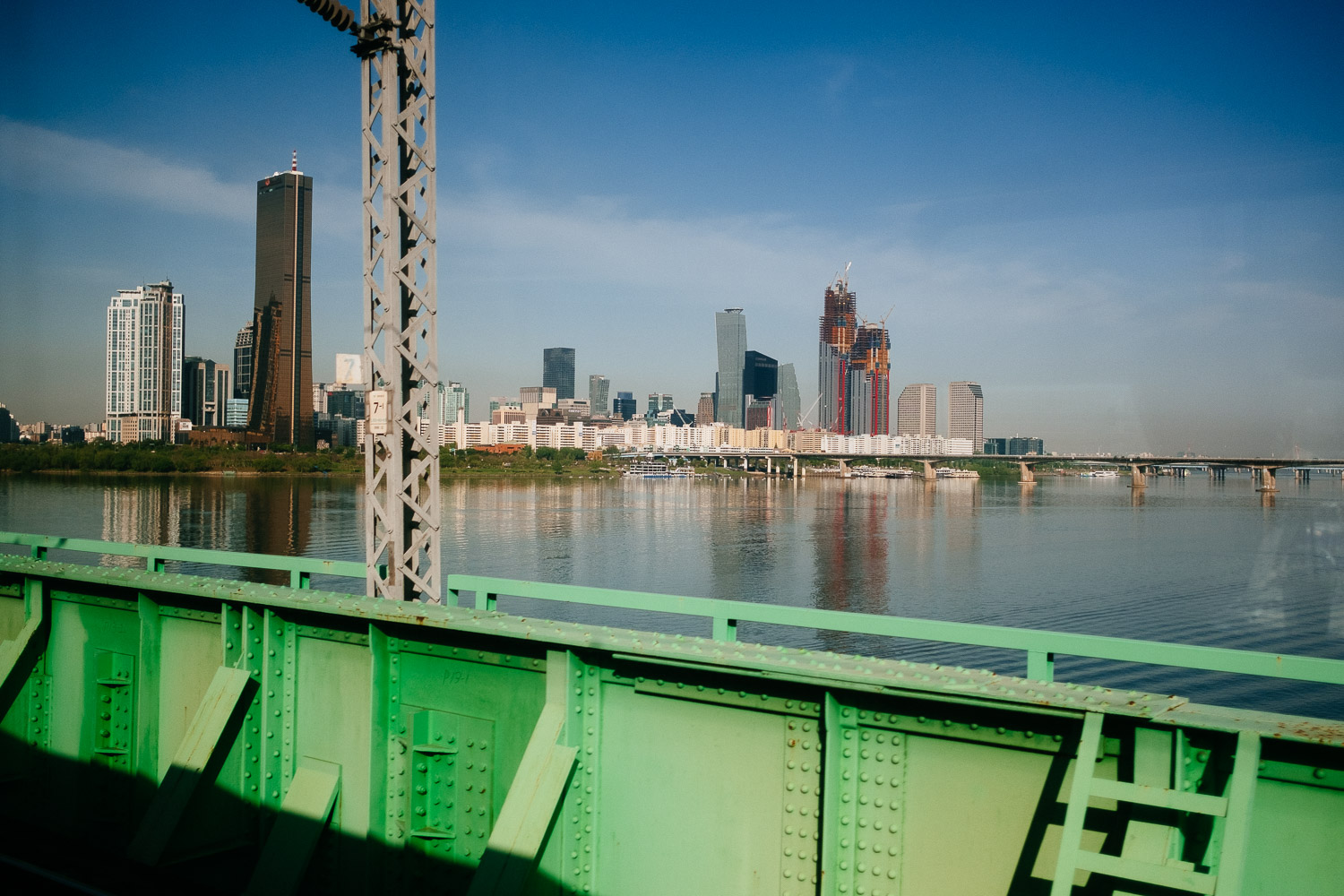 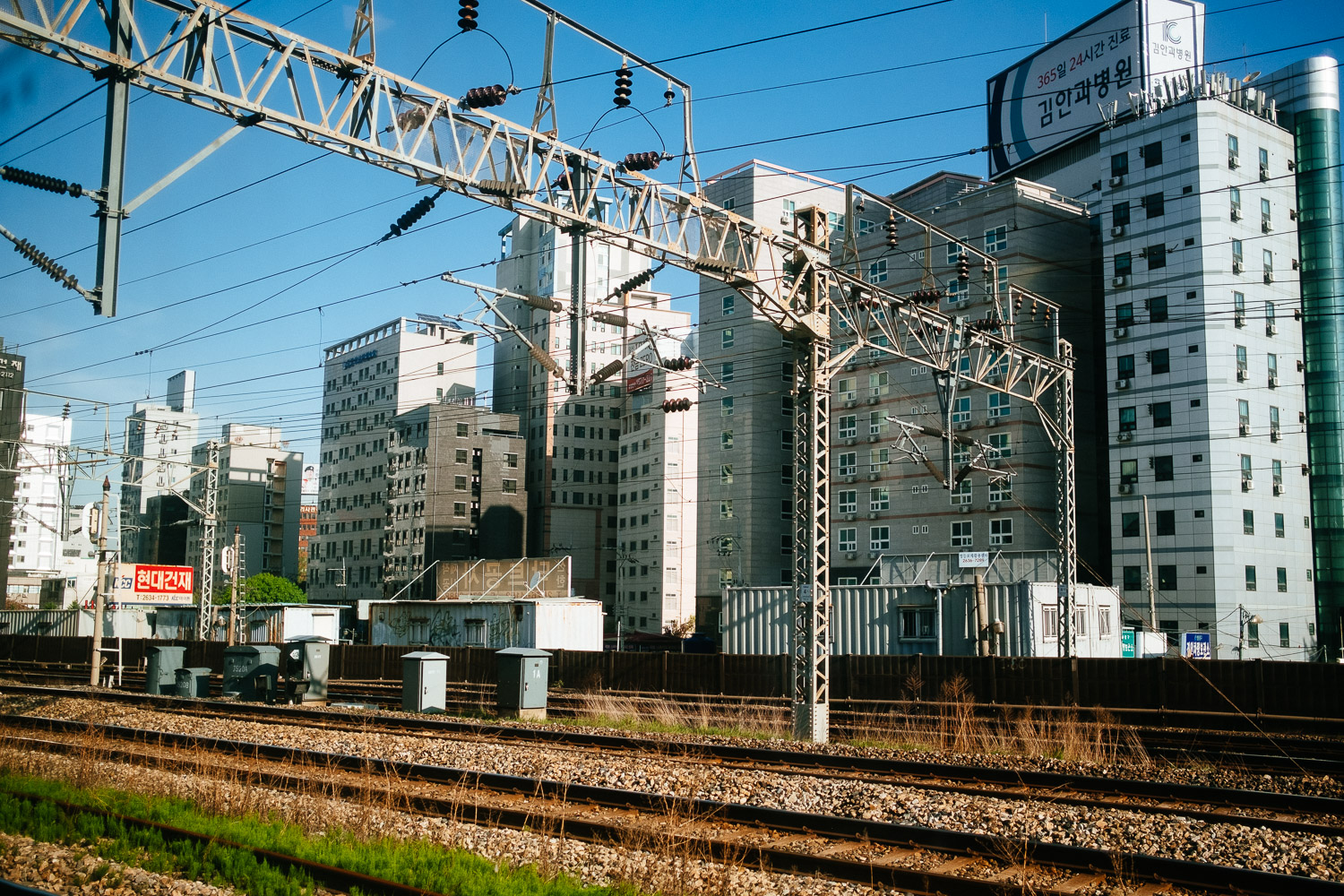 Strangely I can’t recall that much of the train ride either. I guess I wasn’t awake the whole ride too. We started early morning and of course we were dealing with a massive jet lag. Those trains can put you to sleep in no time. I guess I woke up when we entered a tunnel close to Busan and that was when I took the shot above and the one below when I checked out our location.

All images taken with the XF 23/2 WR. A lens that has a mixed reputation on the web but of course that is nonsense. It is a great lens as you can see in the image above. Very nice rendering of the out of focus areas and beautiful colours too. The shot above was the main reason I made this blog post and of course to remember the event even though I have hardly any memories about the train ride. 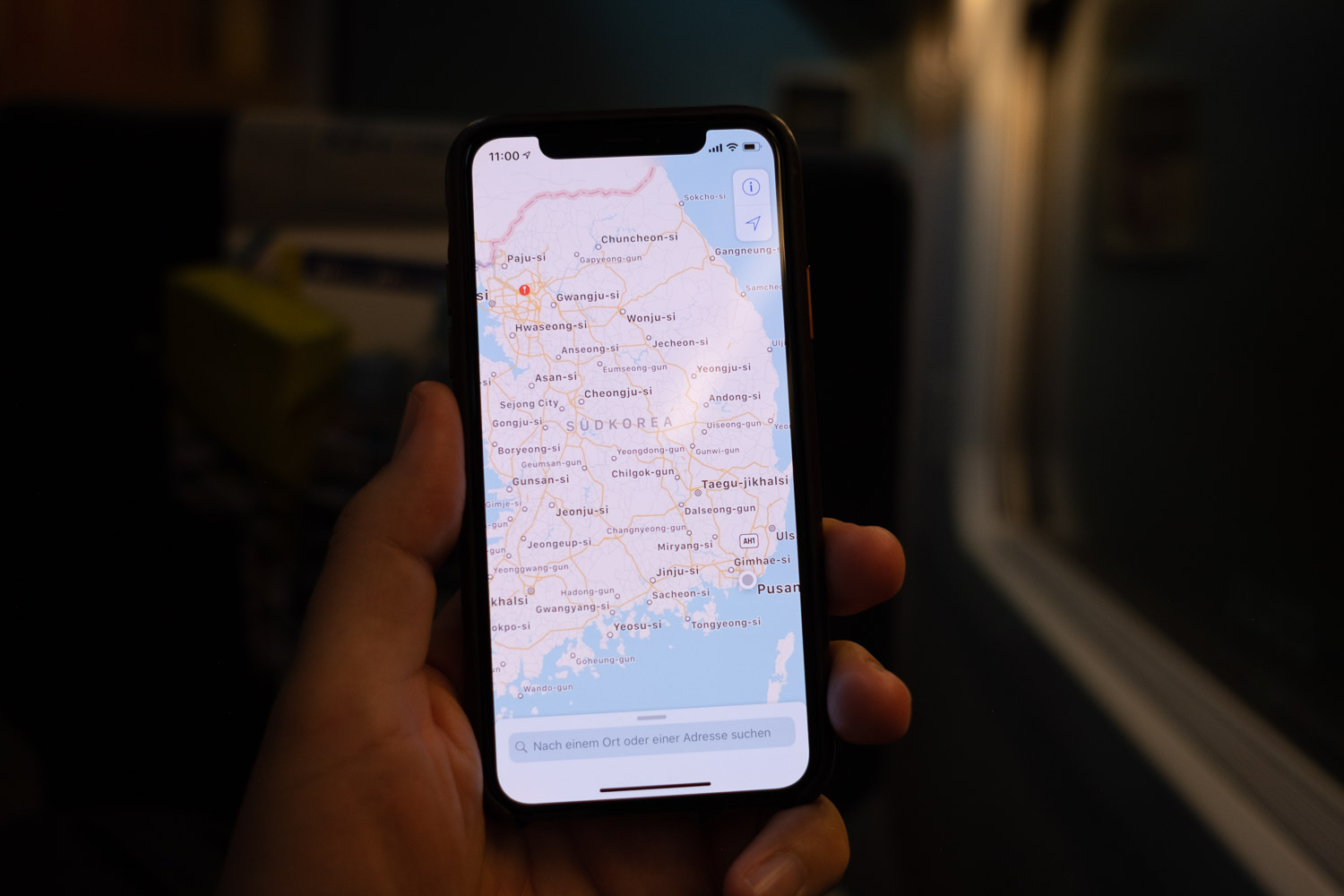