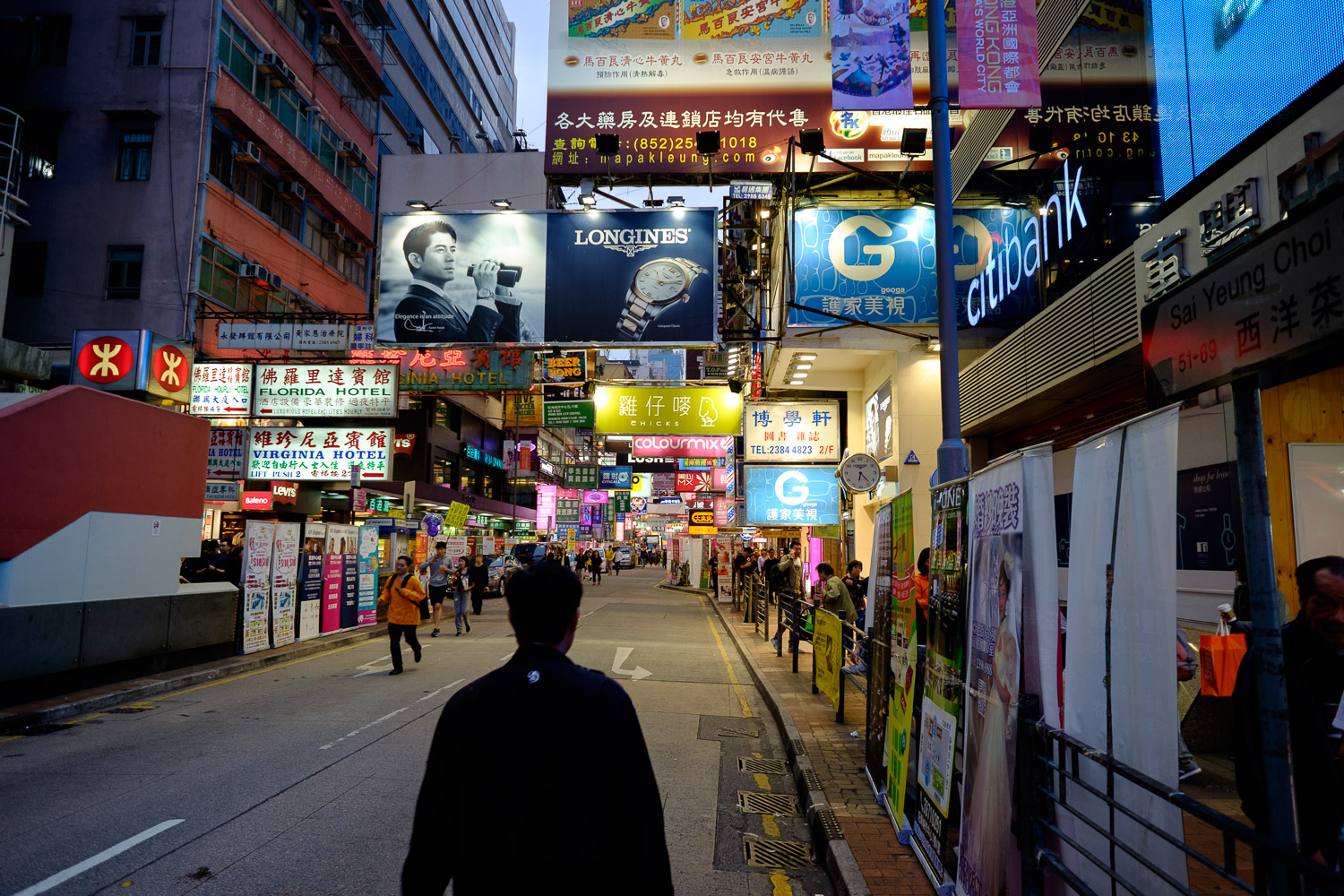 Mong Kok in Hongkong. 130.000 people per square km. In case you have no idea about the metric system: in the same area in the USA there are just 33.

Or in other words it’s packed. But there was still enough space for an evening walk. Maybe most people were already back home. Back in their super small flats. 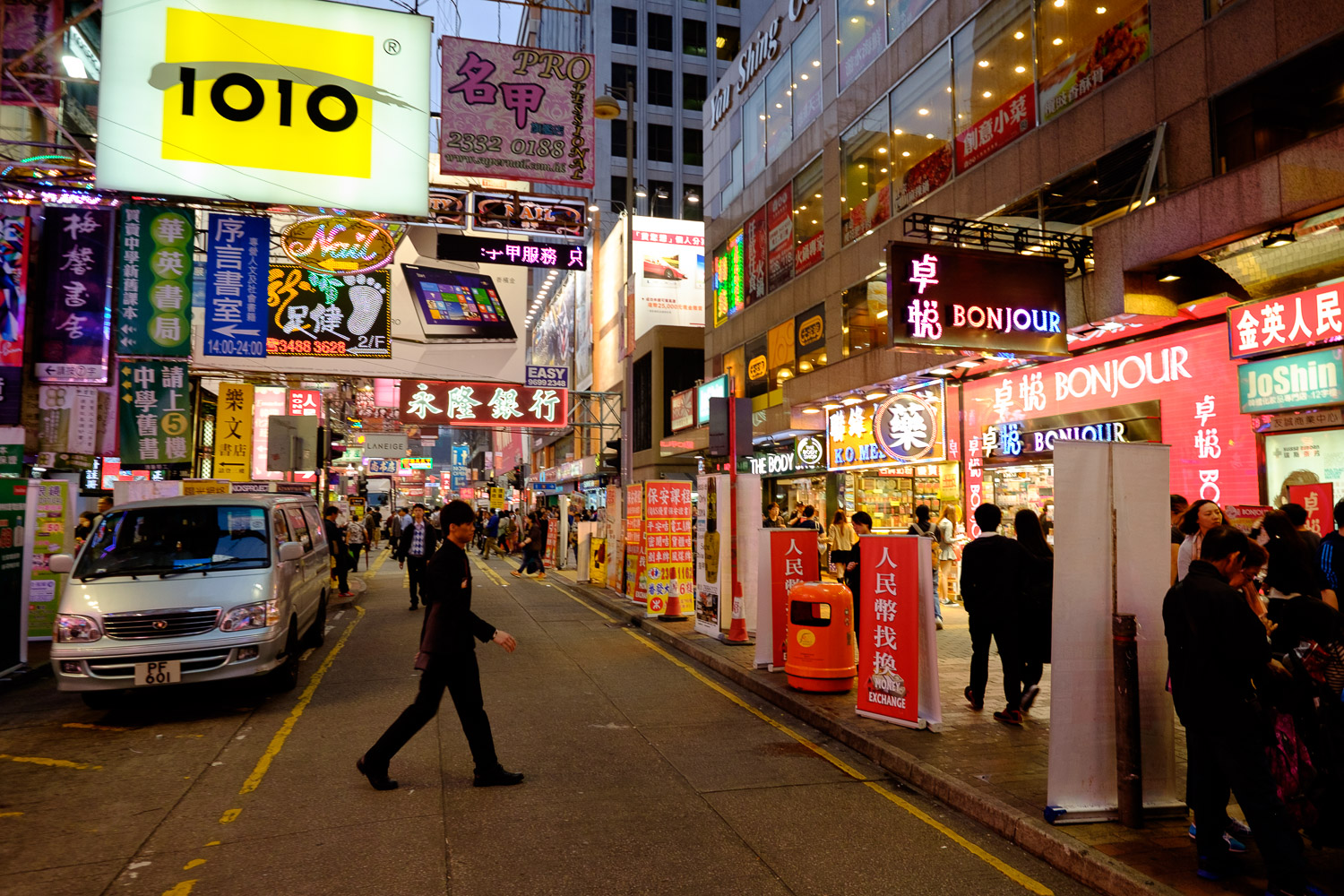 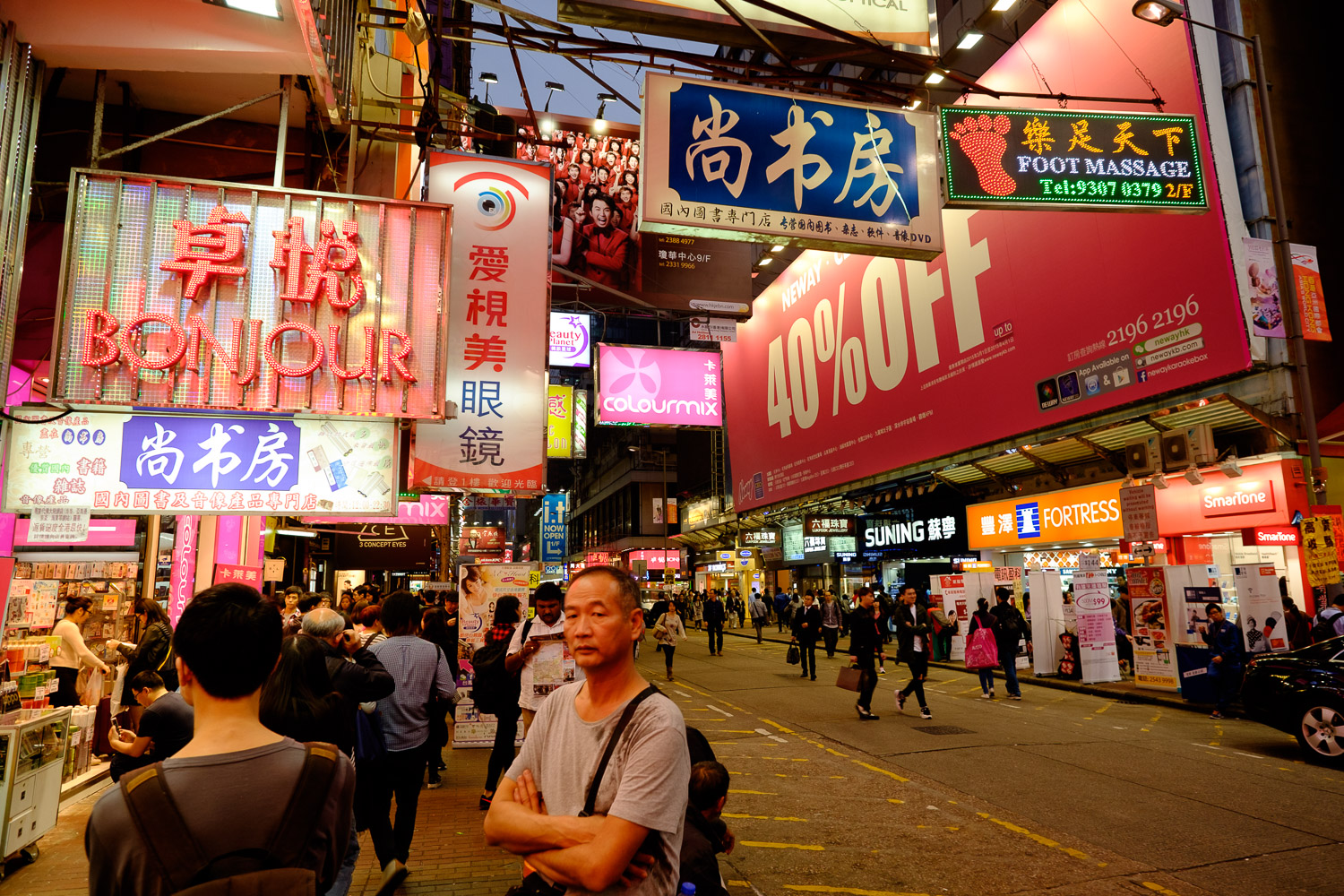 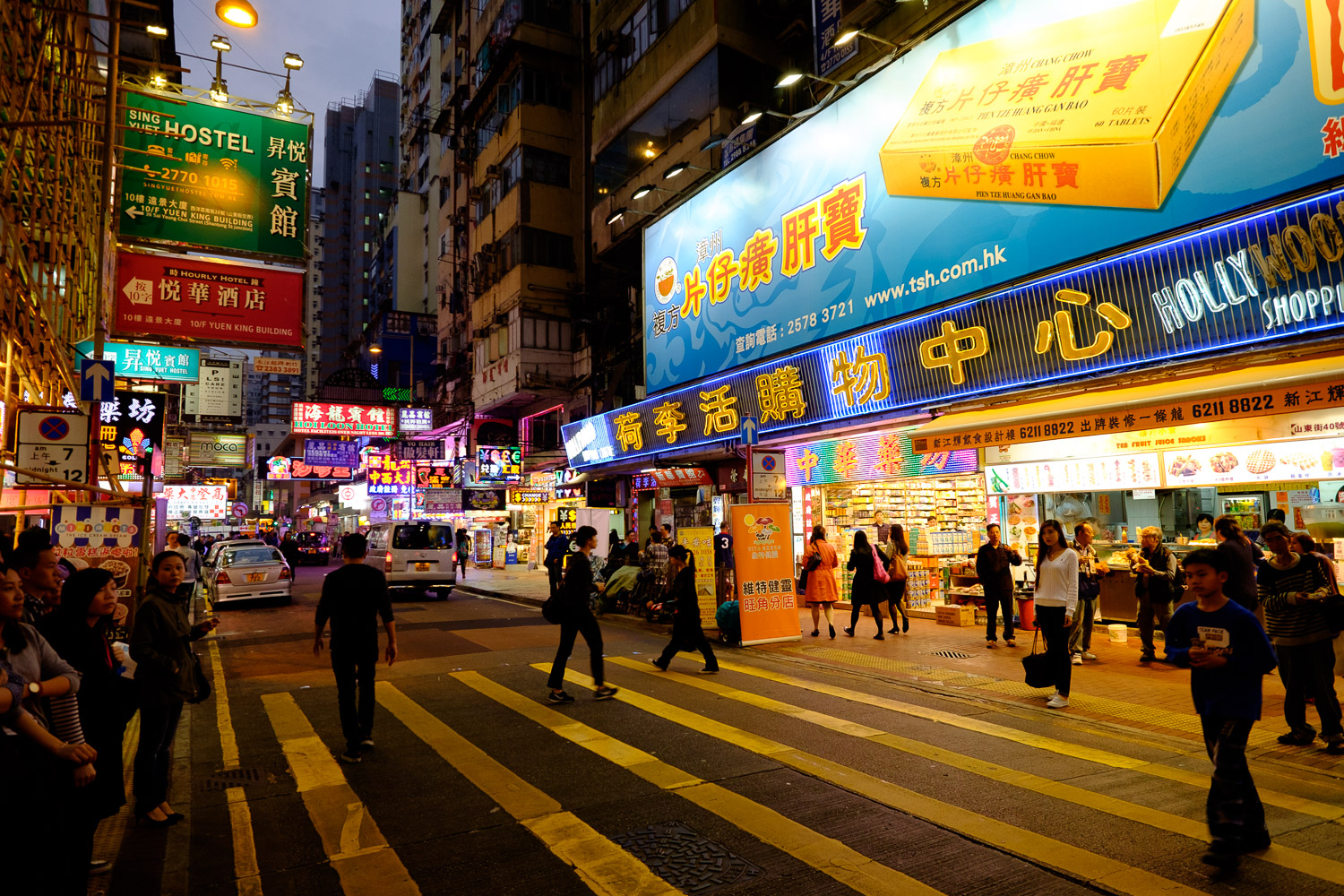 But after a while we got hungry and went in a typical Hongkong restaurant. A little different to the restaurants we I know from Europe or from the USA. A big hall with almost one hundred tables and an ultra strong ceiling light. Maybe not the best place for a romantic dinner.

But the food is fresh. Our fish was brought to our table alive in a plastic bag to demonstrate that it is fresh. He was flapping around in his plastic bag on the floor. It was rather bizarre and if you are suspicious person it doesn’t prove anything. They could easily show the same fish to the next guest while serving me a different fish. 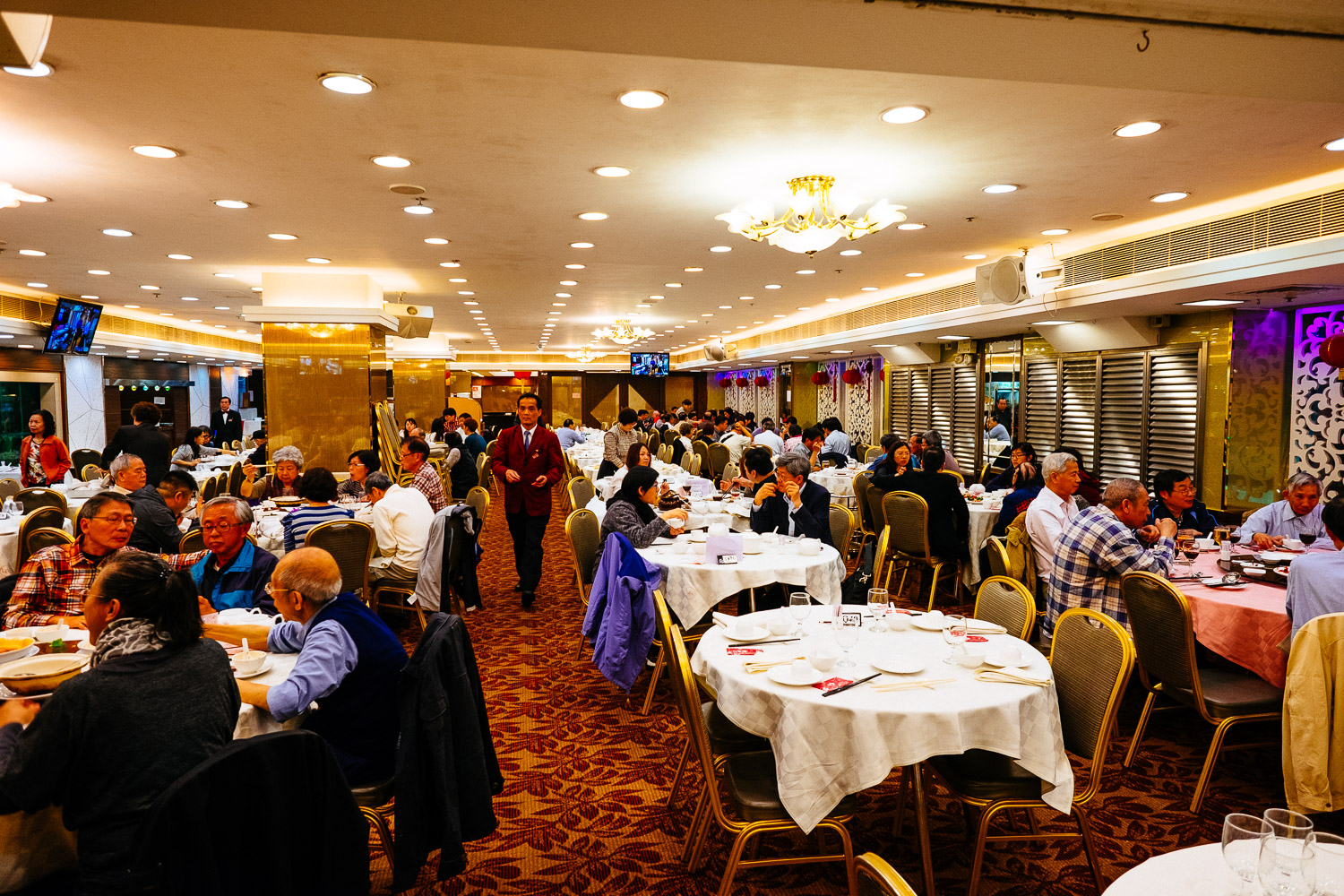 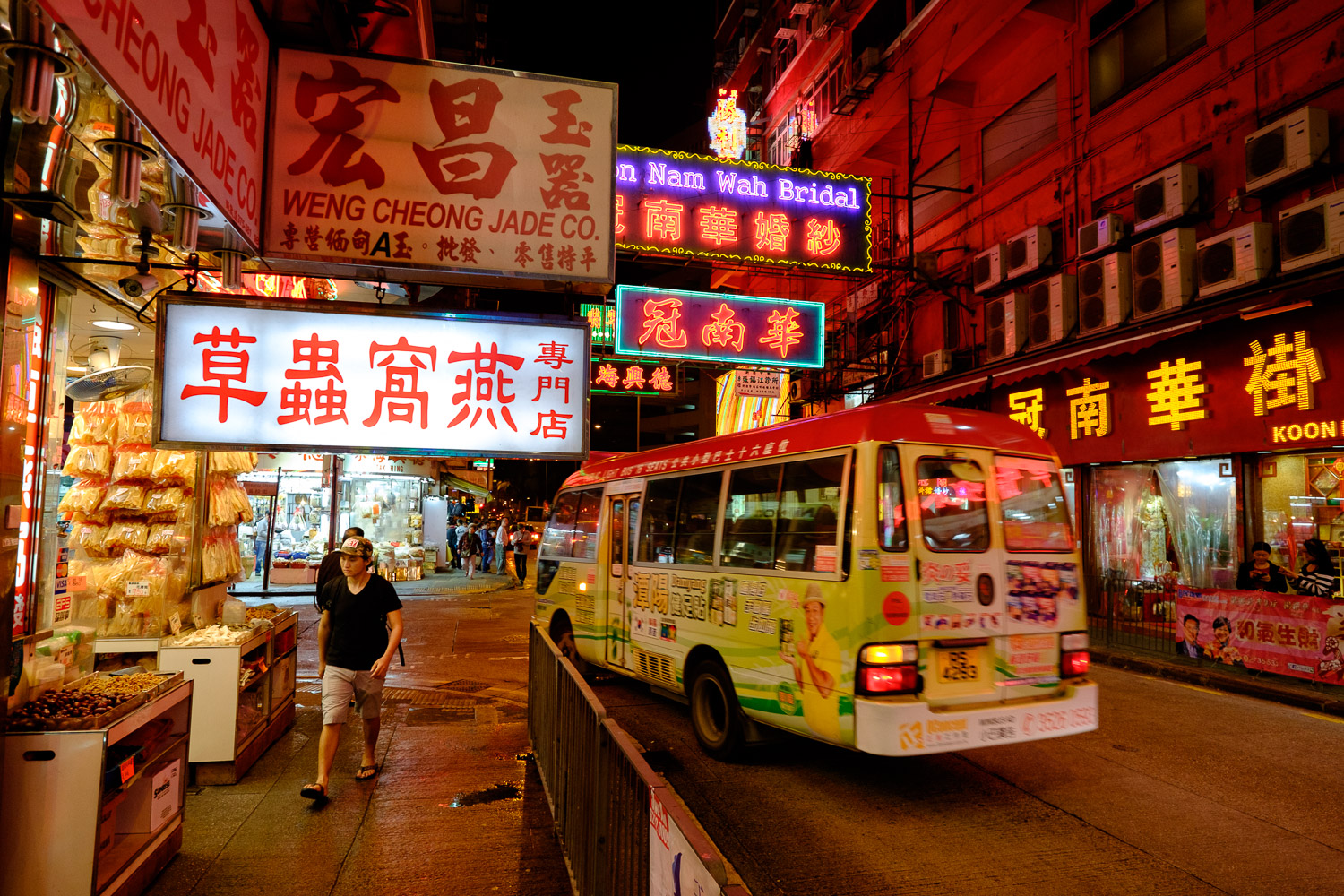 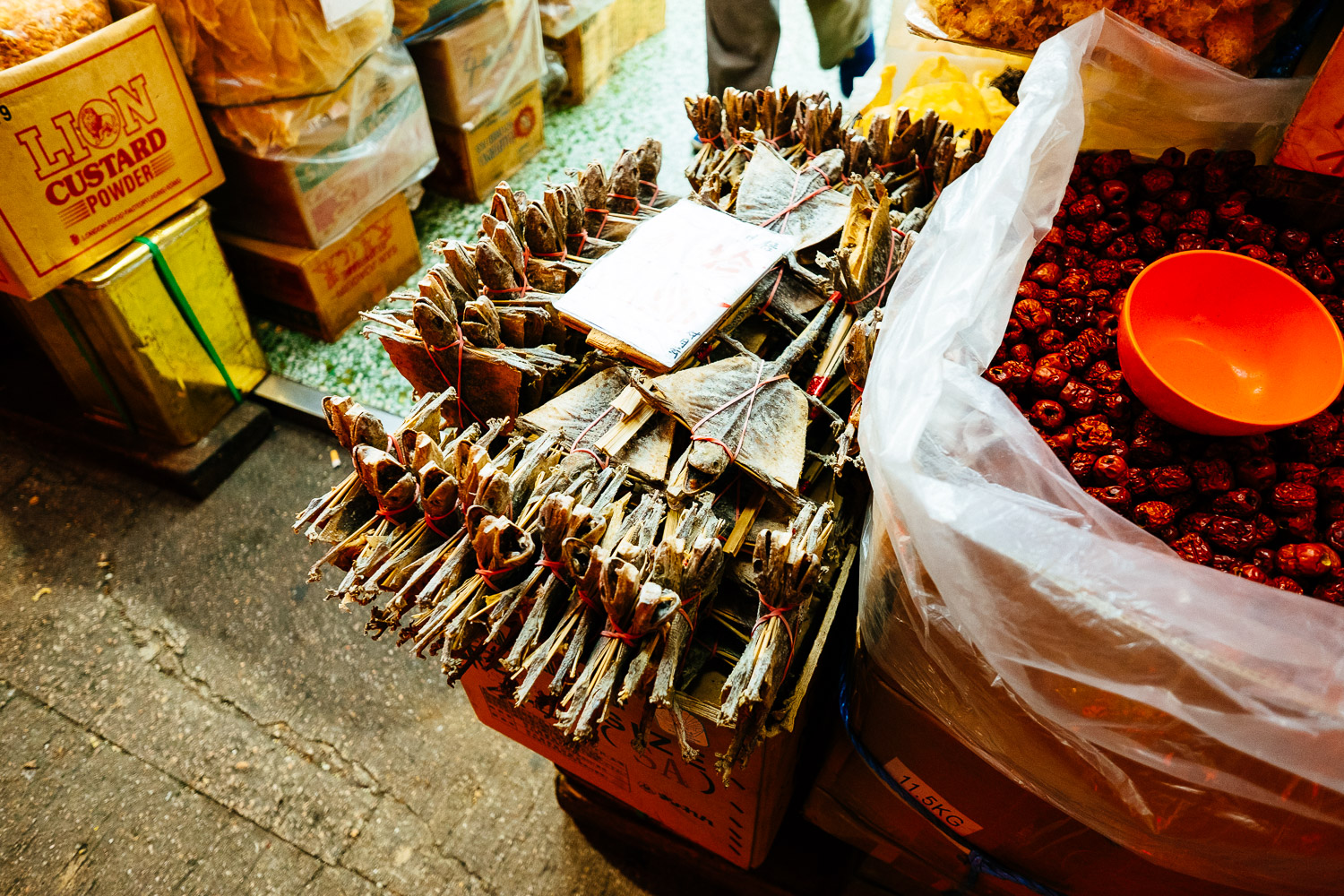 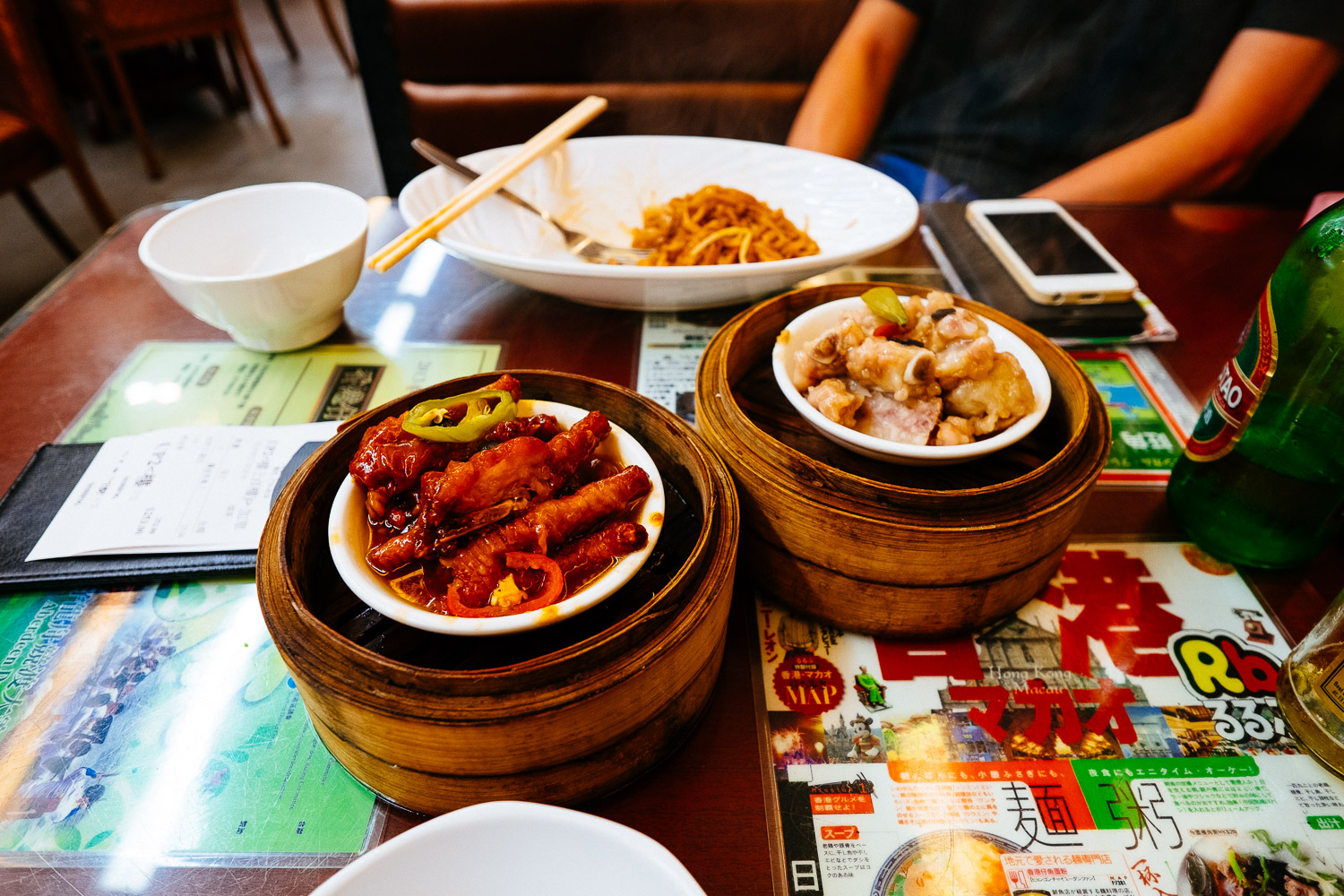 Next night we went to a different place. I had chicken feet (on the left) and they were great. Very soft and spicy. My colleague chose cooked pork ribs which are not exactly my cup of tea. Pork ribs can be prepared in many ways but to simply cook them should not be one of them.

Next morning in the hotel I went for a Chinese breakfast. I even put some broccoli on my plate. Broccoli can you believe it! 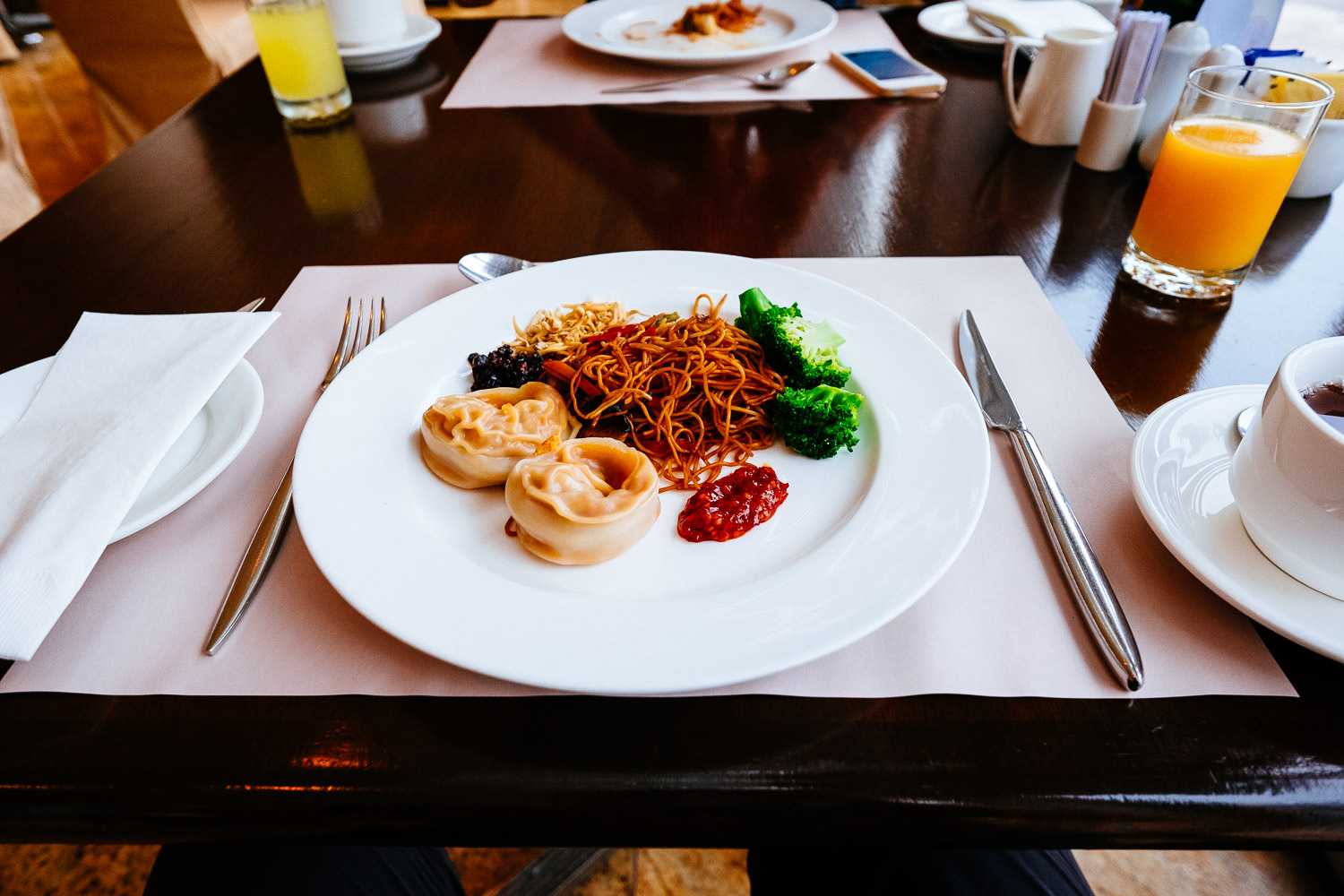