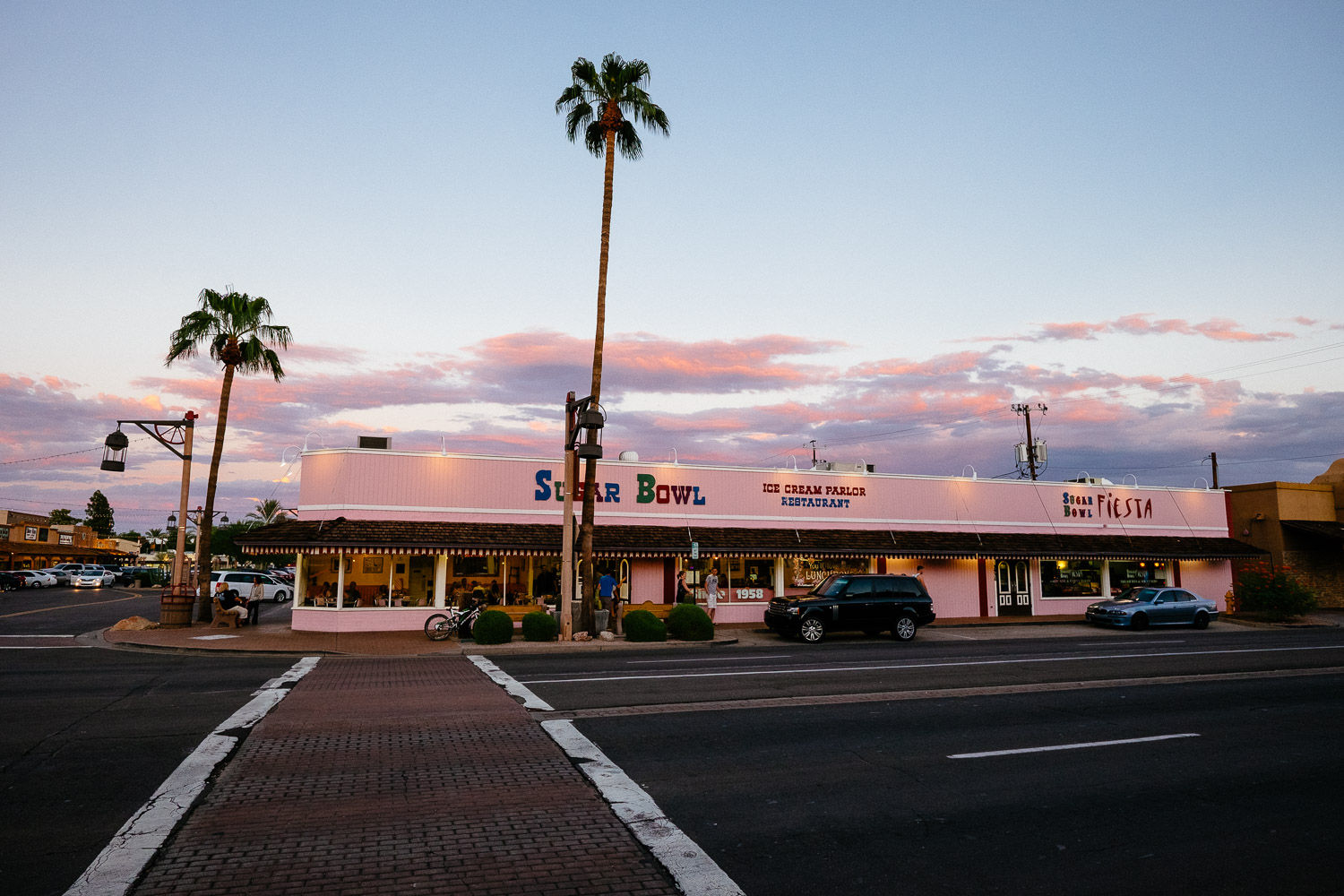 After the desert museum we drove to Phoenix, Arizona. We stayed in Scottsdale and went for dinner.

Of course by car. Everything else would feel strange. Talking about strange. On a crossroad a guy on a motorbike stopped in front of us. Nothing wrong with that. Bikes usually launch much faster than cars. The guy was wearing blue jeans, a black t-shirt and no helmet. Again nothing special. A lot of people here ride their bikes without wearing a helmet. The one thing that was special was the gun that was sticking out of his jeans.

I asked my wife to take a picture but she was too afraid that he might see it. I told here that we are safe and if he would grab his gun I would simple run over him. Two tons of steel clearly beat a simple gun. Of course I’m just joking. It was a very strange encounter though. The image below was taken just moments later. I was still sad about the missed photo opportunity: the biker and the gun. Now I write this blog post to avoid that I will forget it some day. 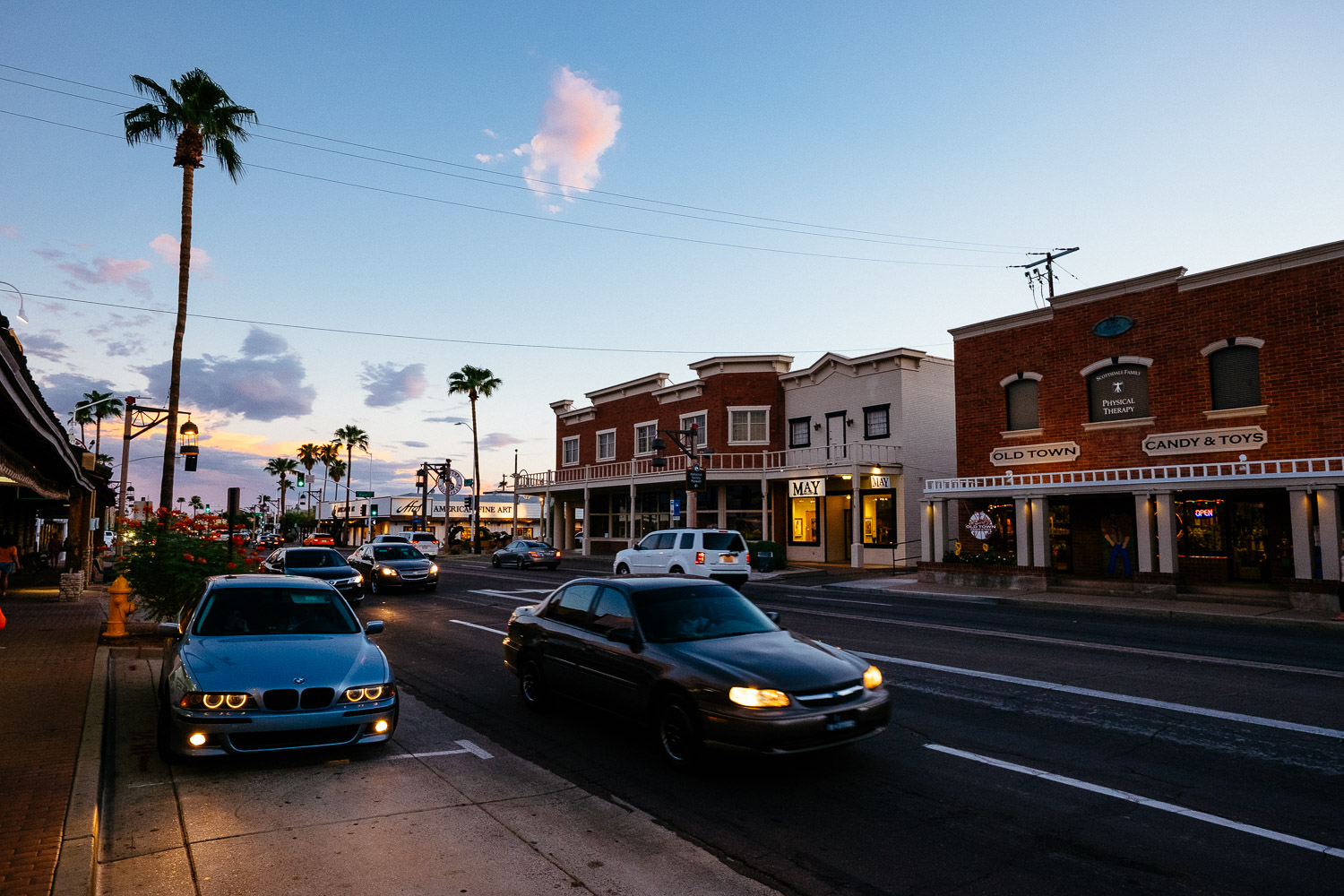 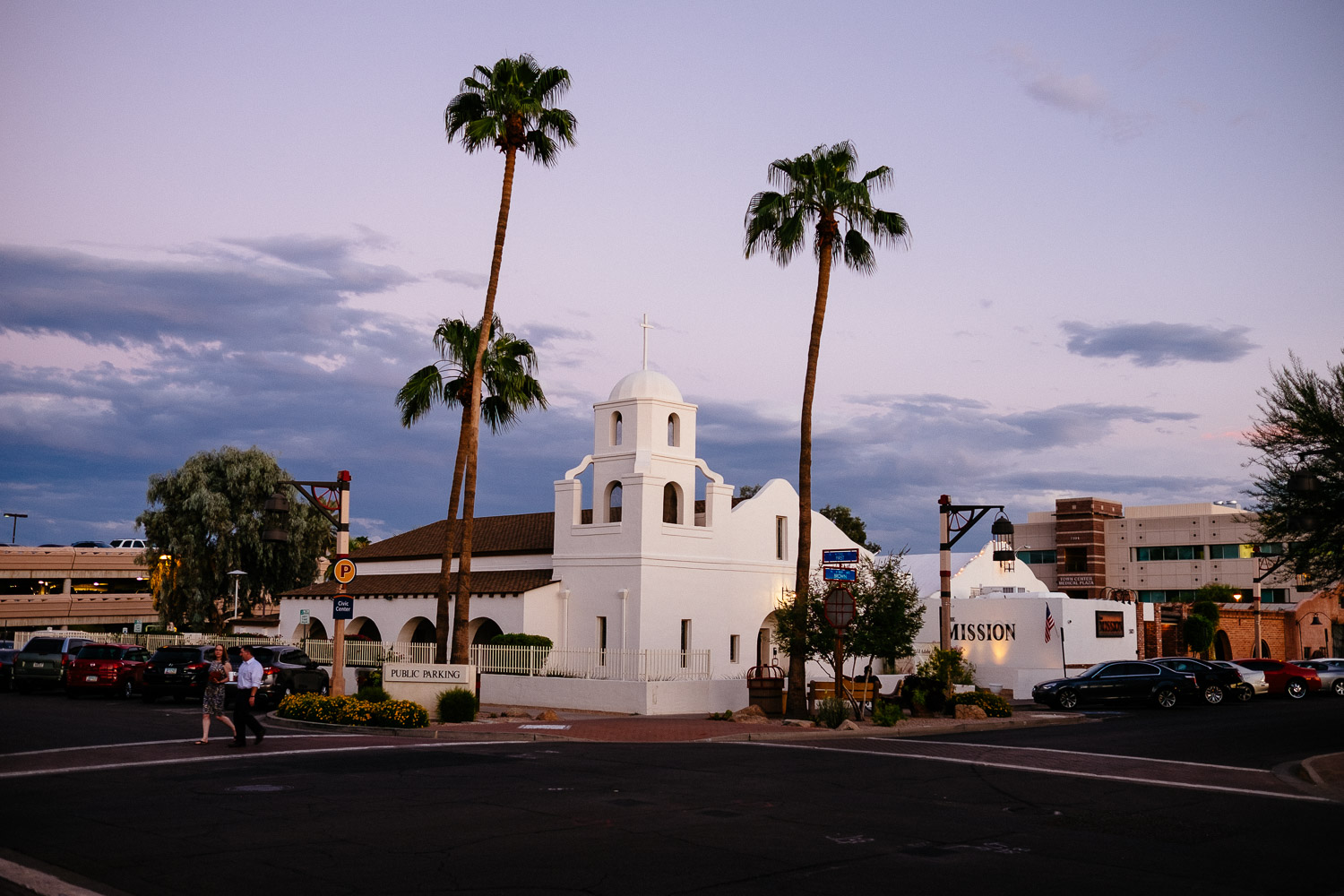 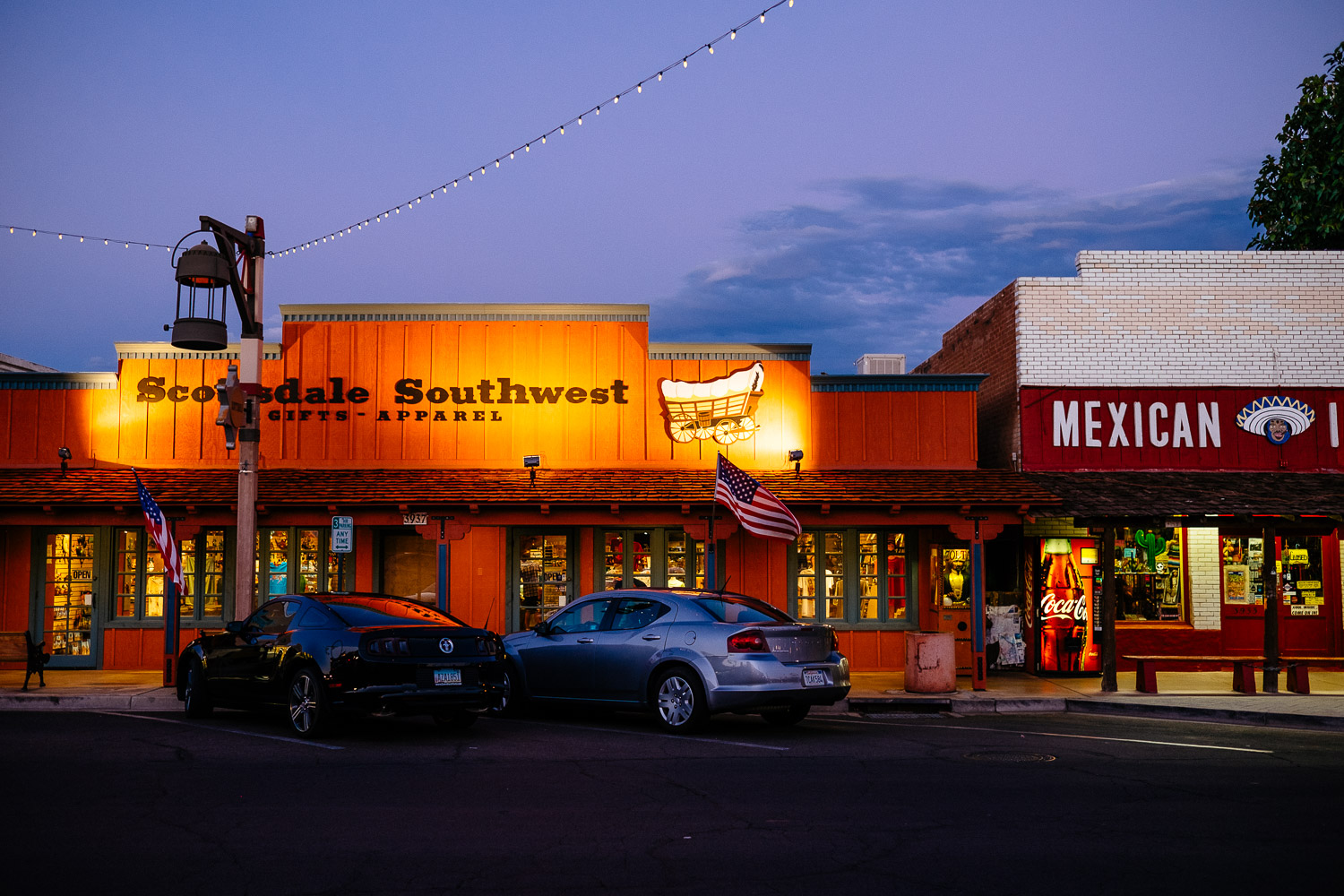 Scottsdale is nice. There are many restaurants and bars. We went for Pizza in a place called Grimaldi’s Pizza. A later found out that it is a chain. The Pizzas are huge but I didn’t know that back then. So we ordered two. Last year when we went there again we ordered only one small Pizza to share. It was still more than enough.

We didn’t visit the sugar bowl but if we ever will return here again we need to visit it. The pink restaurant and the palm trees are the main attraction for me. Beside the biker with the gun of course. 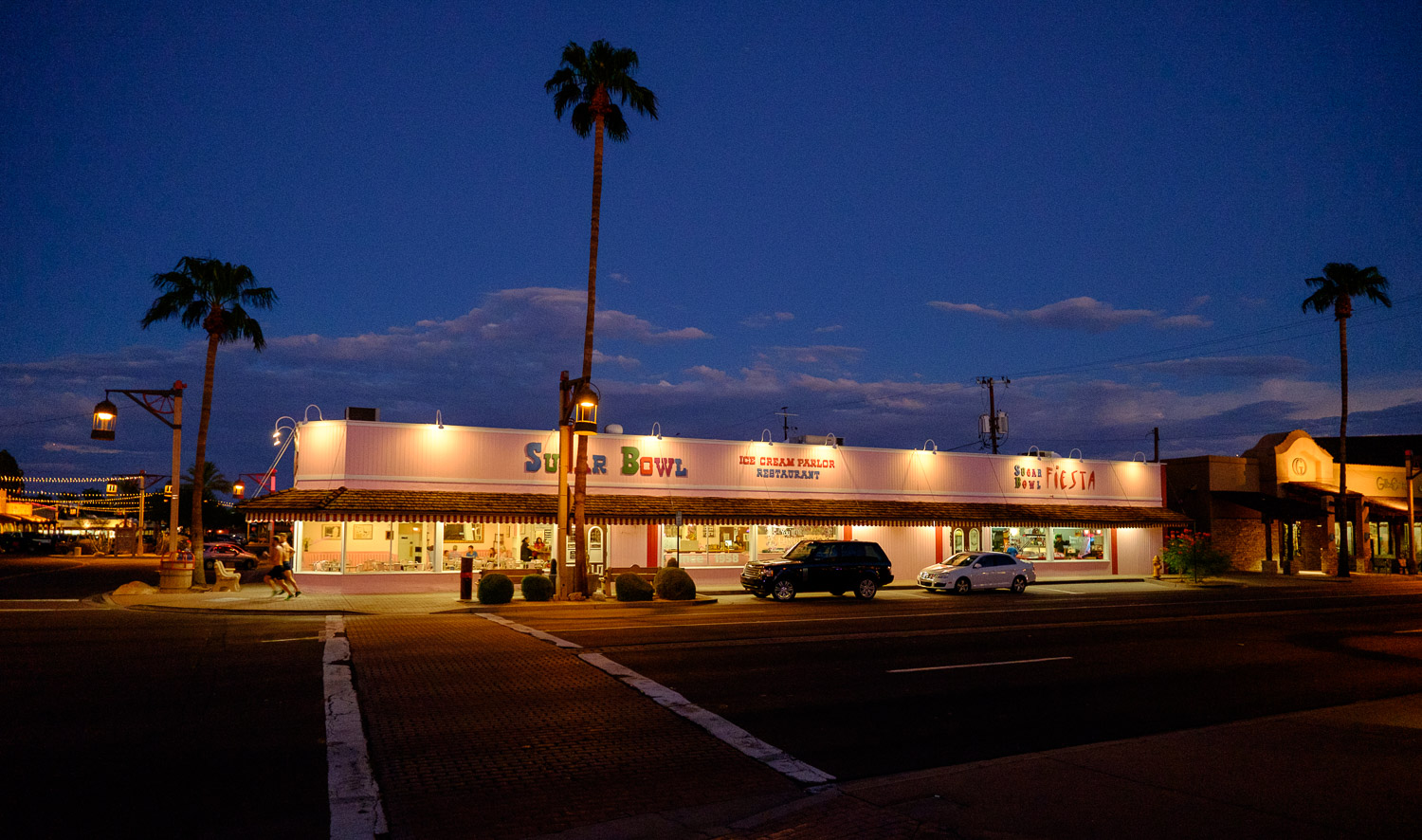