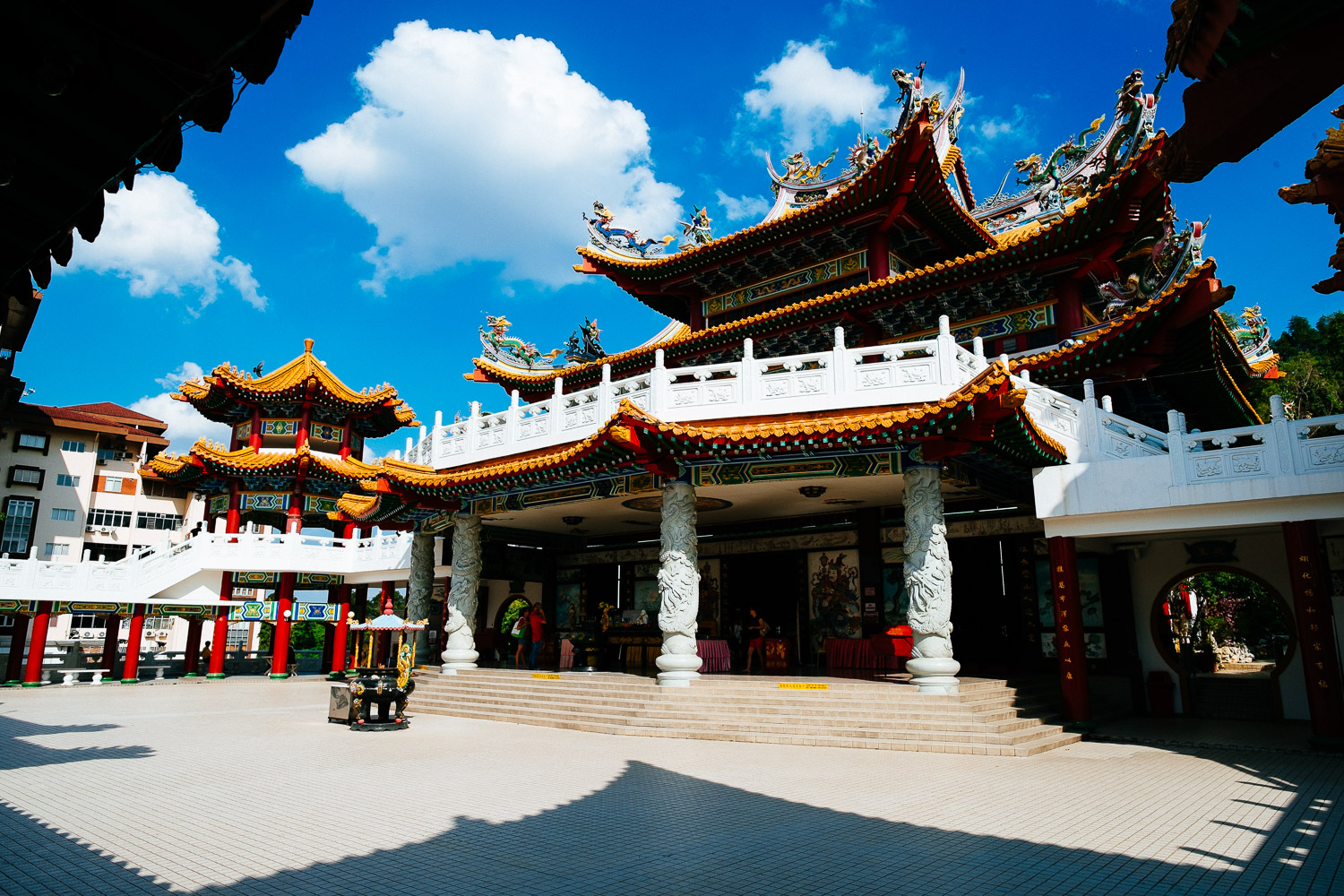 My fourth time in Kuala Lumpur, Malaysia but the first time I visited this temple. Even though the Thean Hu Temple is one of the biggest Buddhistic temples in South East Asia it was a disappointment.

It’s big but it is not very old. It has been finished in 1986. I expected something like the Cheng Hoon Teng temple in Malacca but this is something completely different. I think it is the same with most modern churches. They lack soul but the temple has some impressive features though. 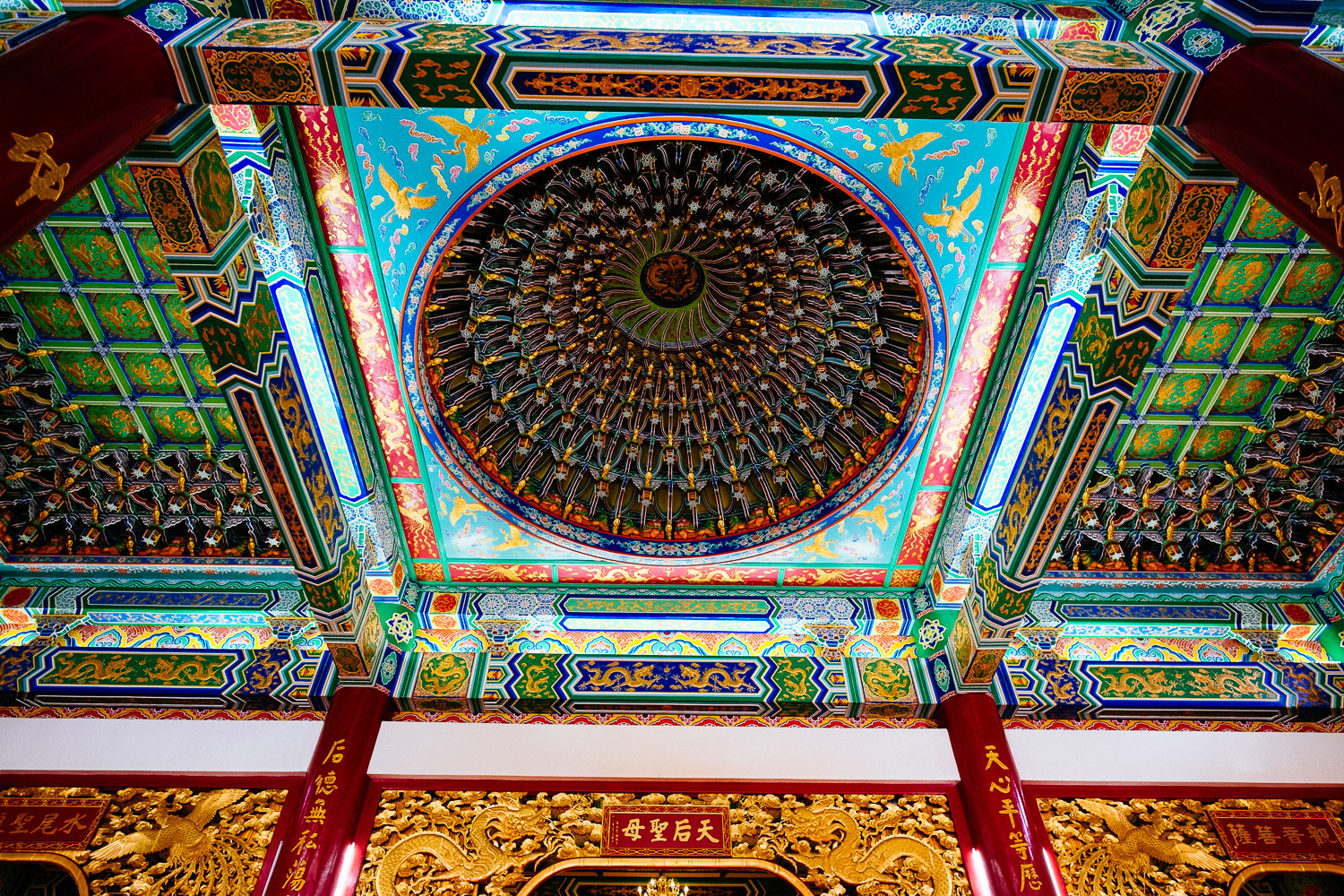 To me the most impressive one is its ceiling. It’s just beautiful. With striking colors and lots of details. I happy with the firmware update of my Fuji X Pro-1 that finally allows me to set a minimum shutter speed. Finally I can shoot in aperture mode again indoors to use f4 instead of f2.8 to gain sharpness in the edges of the frame.

But sometimes I forget to watch the minimum shutter speed that I set to short shutter speeds to freeze motion. In this case it was set as high as 1/125s which resulted in ISO 2.000. Not a big deal on the Fuji X Pro-1 and definitely better than a blurred shot because of a too slow shutter speed but I need to pay more attention in the future. 1/60s is what I use indoors with the 14mm lens to be on the save side. The XP1 has great high ISO quality but of course ISO 1.000 looks better than ISO 2.000. 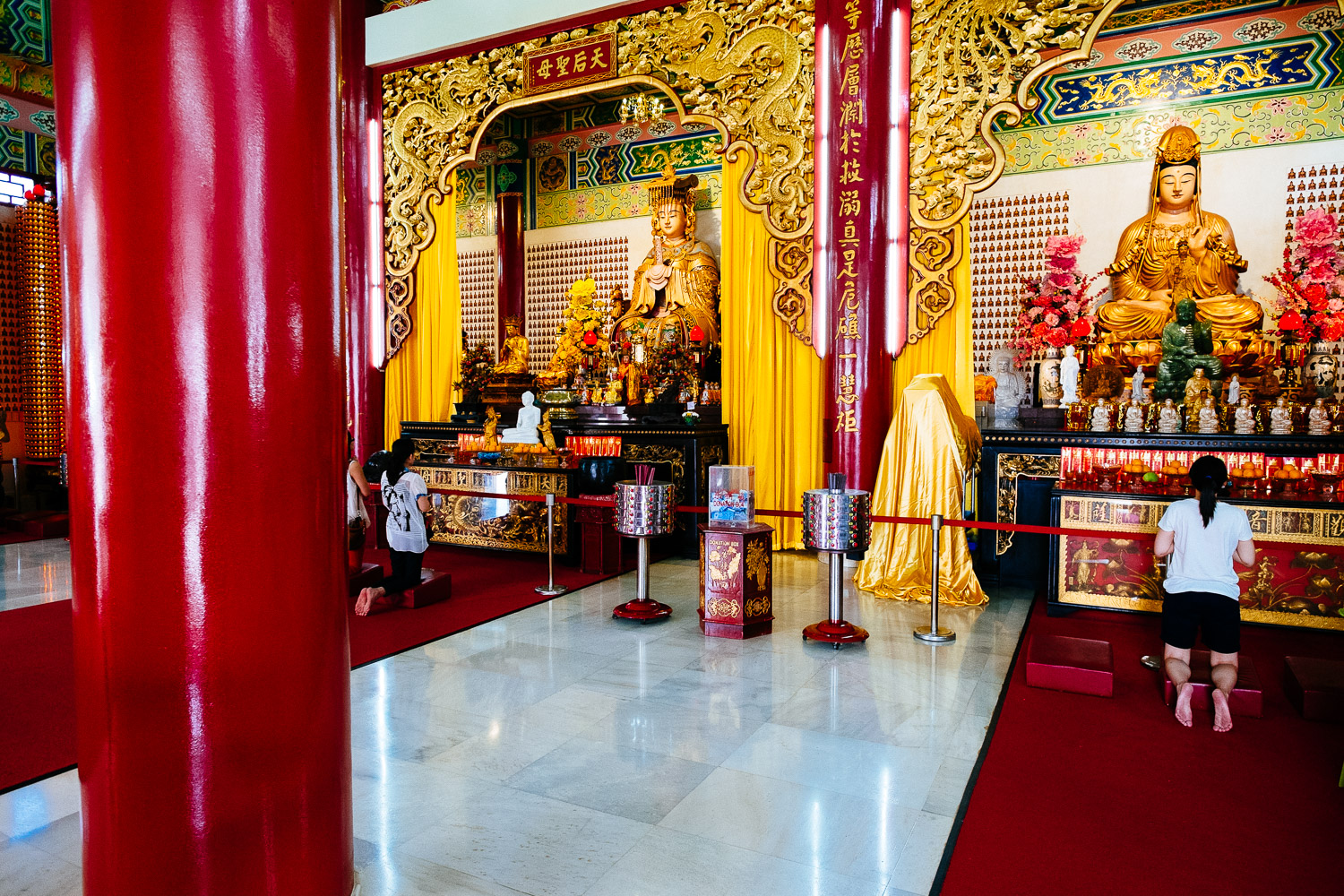 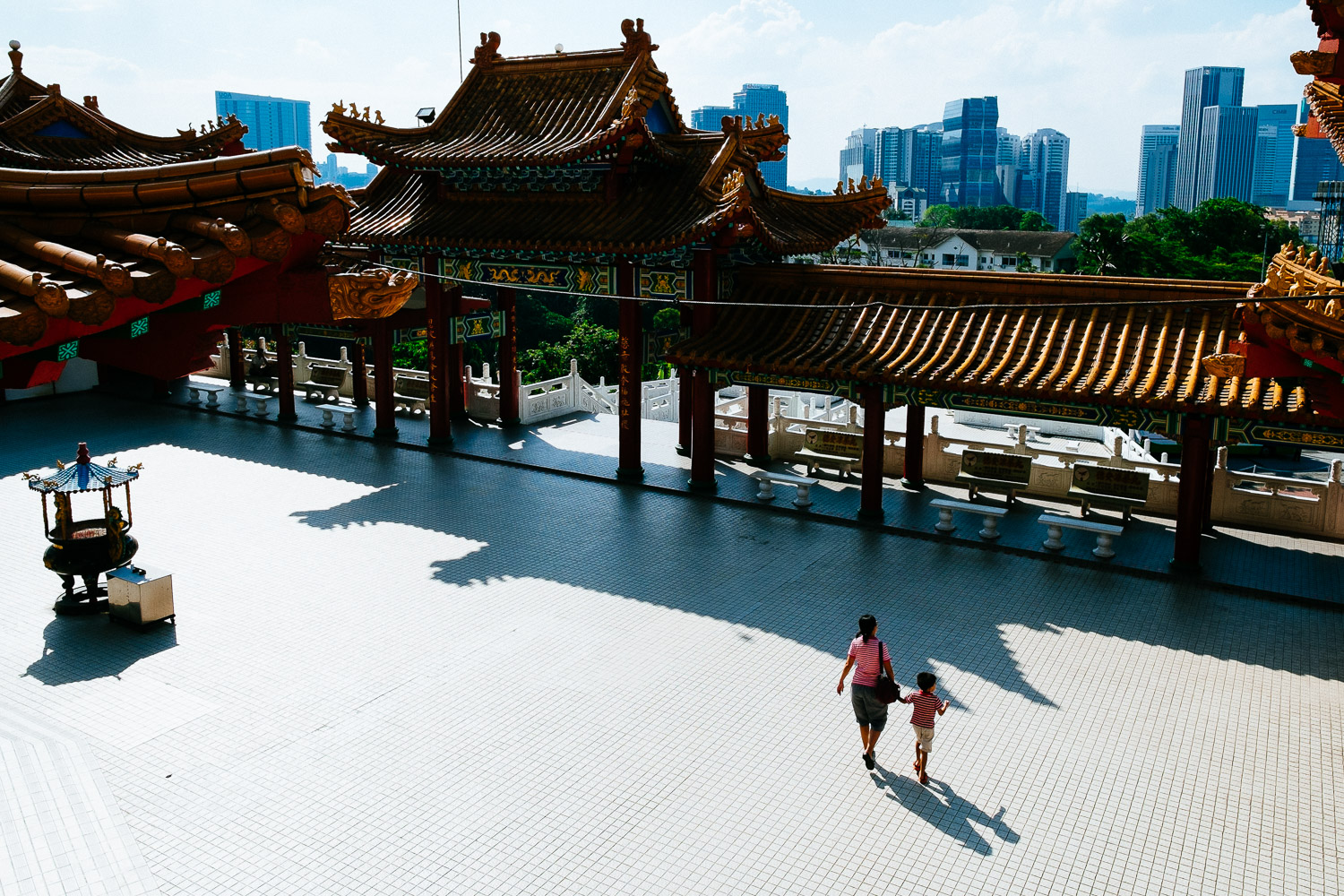 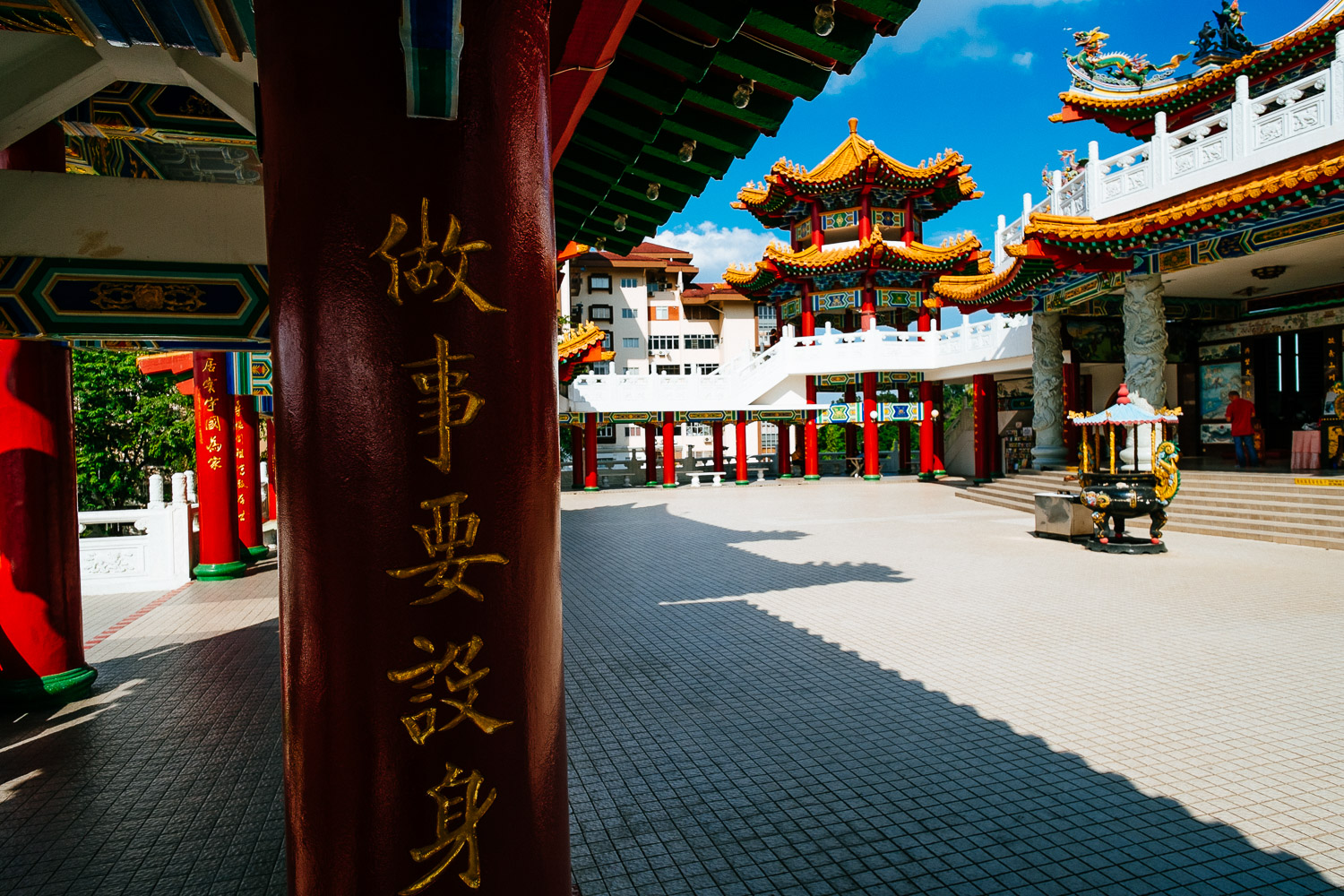 It was extremely hot and I was still wearing my business cloths so I ended the little tour before I was completely covered in sweat. The temple is easy to reach and if you are close you can stop by but if you have limited time in KL there are better temples to visit.

Just recently I discovered the Velvia film setting of VSCO. It’s a very strong setting with bold colors, strong contrast and slightly over saturated reds but I like it a lot. It’s very close to the film that I used a lot despite its low sensitivity of just 40 ASA. In the days before image stabilization lenses there was no chance to get sharp shots without a tripod in anything but strong daylight. Back then I would have given everything for a 2.000 ASA Velvia. 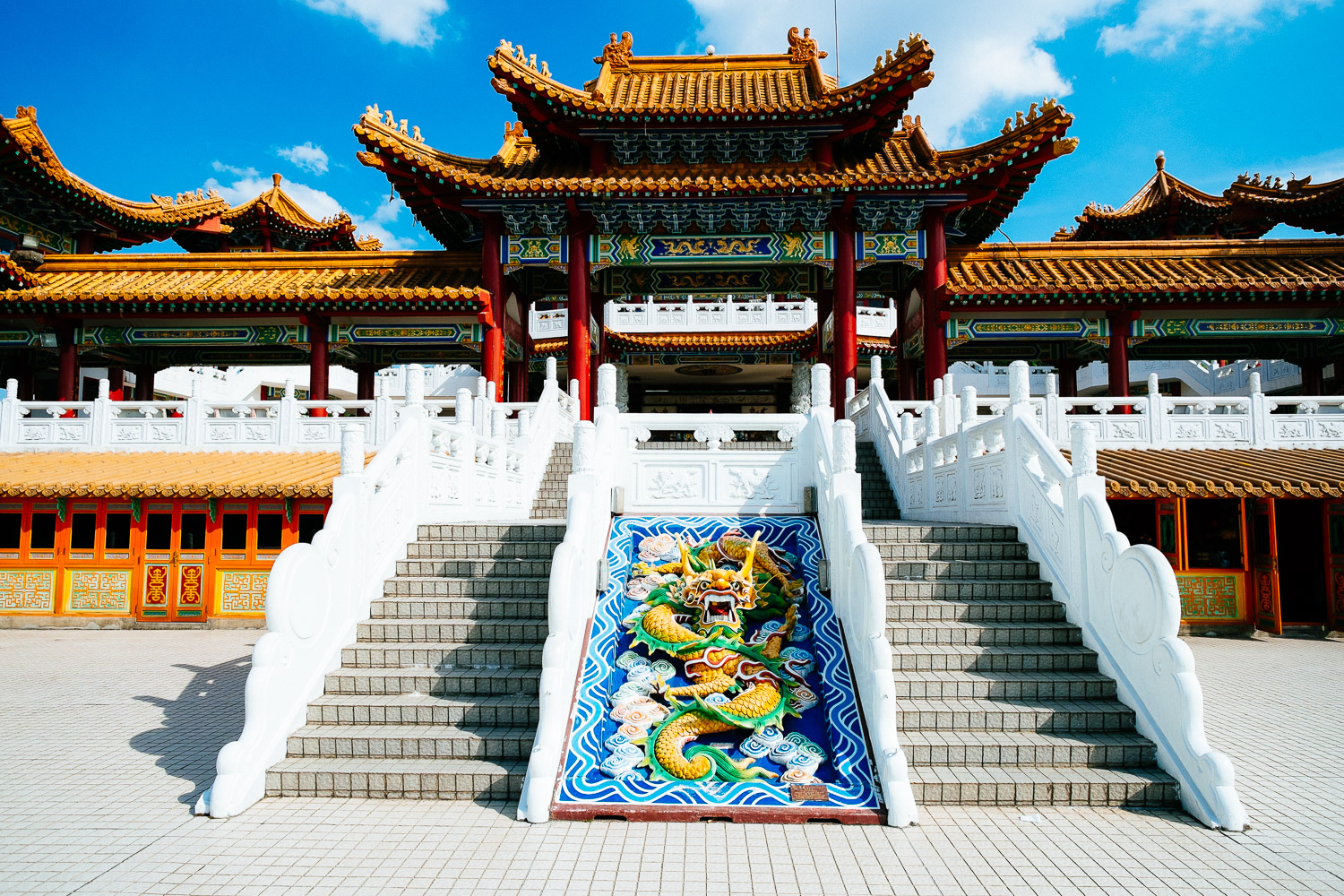