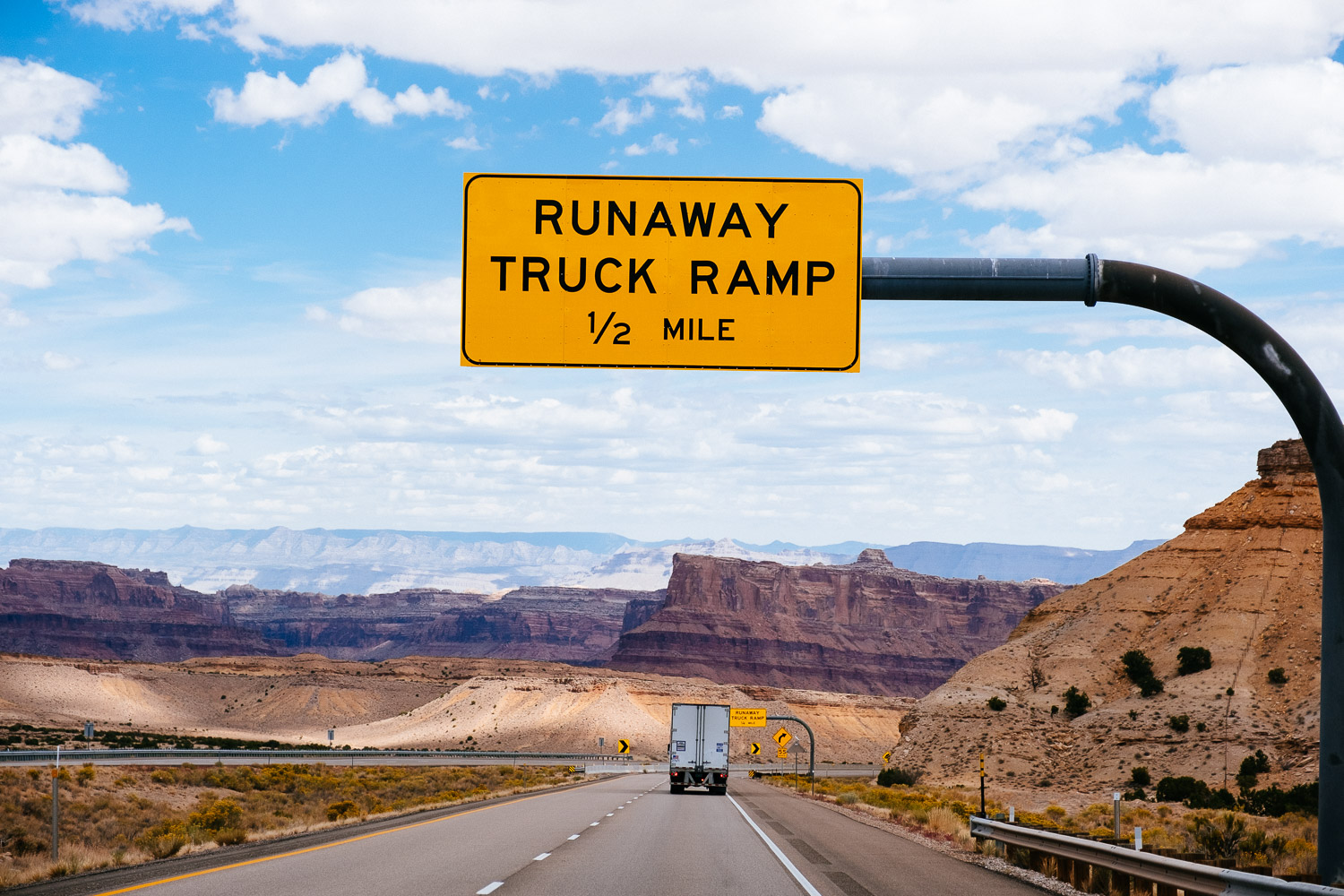 It’s easy to get lost in the gigantic landscapes of the West. I can also see that this country gives you the opportunity to run away from your life and start new somewhere else.

You can’t do the same thing in Europe and especially not in Austria. I would drive for hours I would be in a different country already. In a different nation with a different culture and most of all a different language.

In the USA it is different. You just leave and go somewhere else. I know that it’s not that easy but here it is much easier then anywhere else on the planet and that’s why this is was many people do. This country is like a continent covered with thousands of roads. Millions of miles of concrete to take you anywhere. Nothing is holding you back. All it takes is a car and a little courage or desperation. 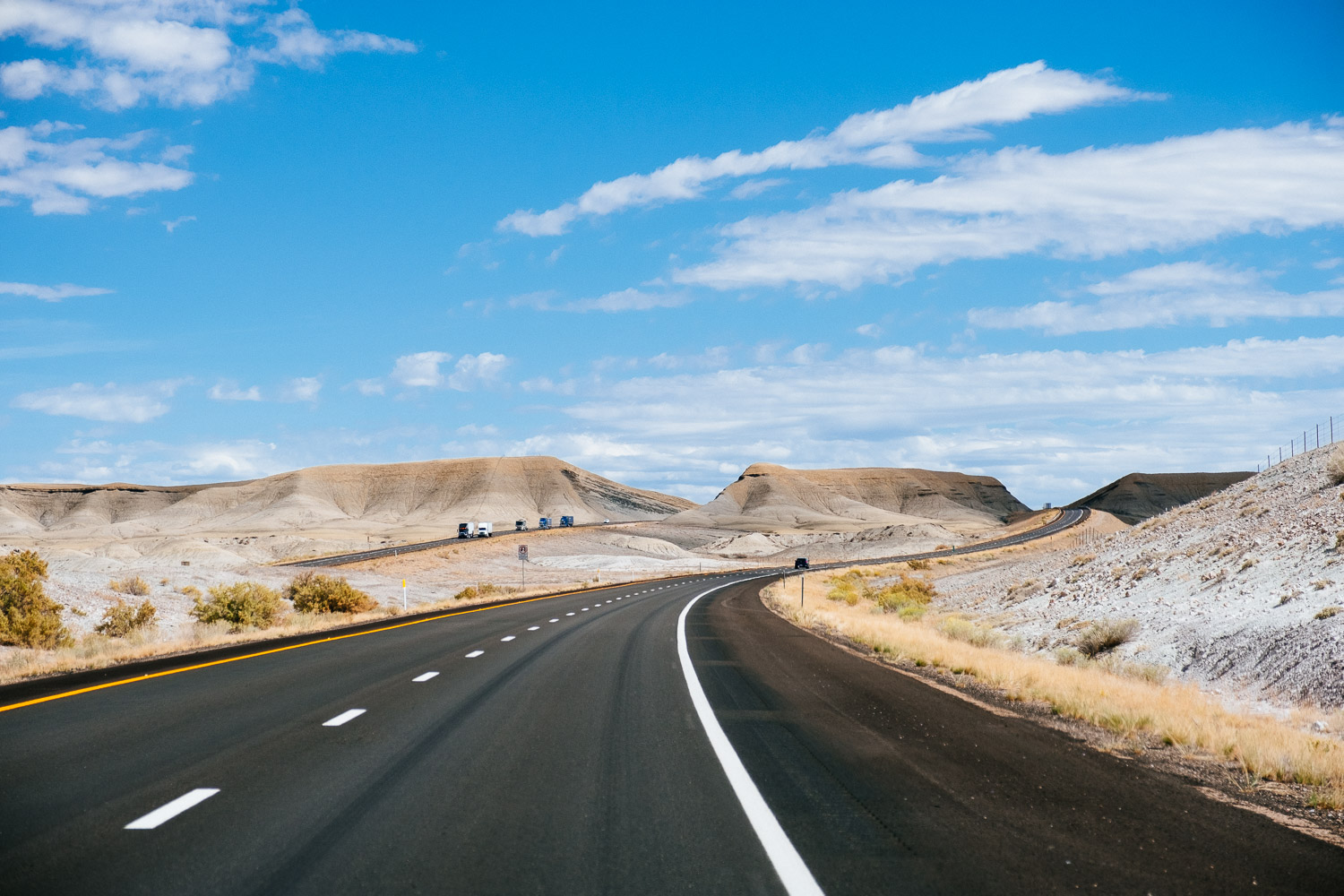 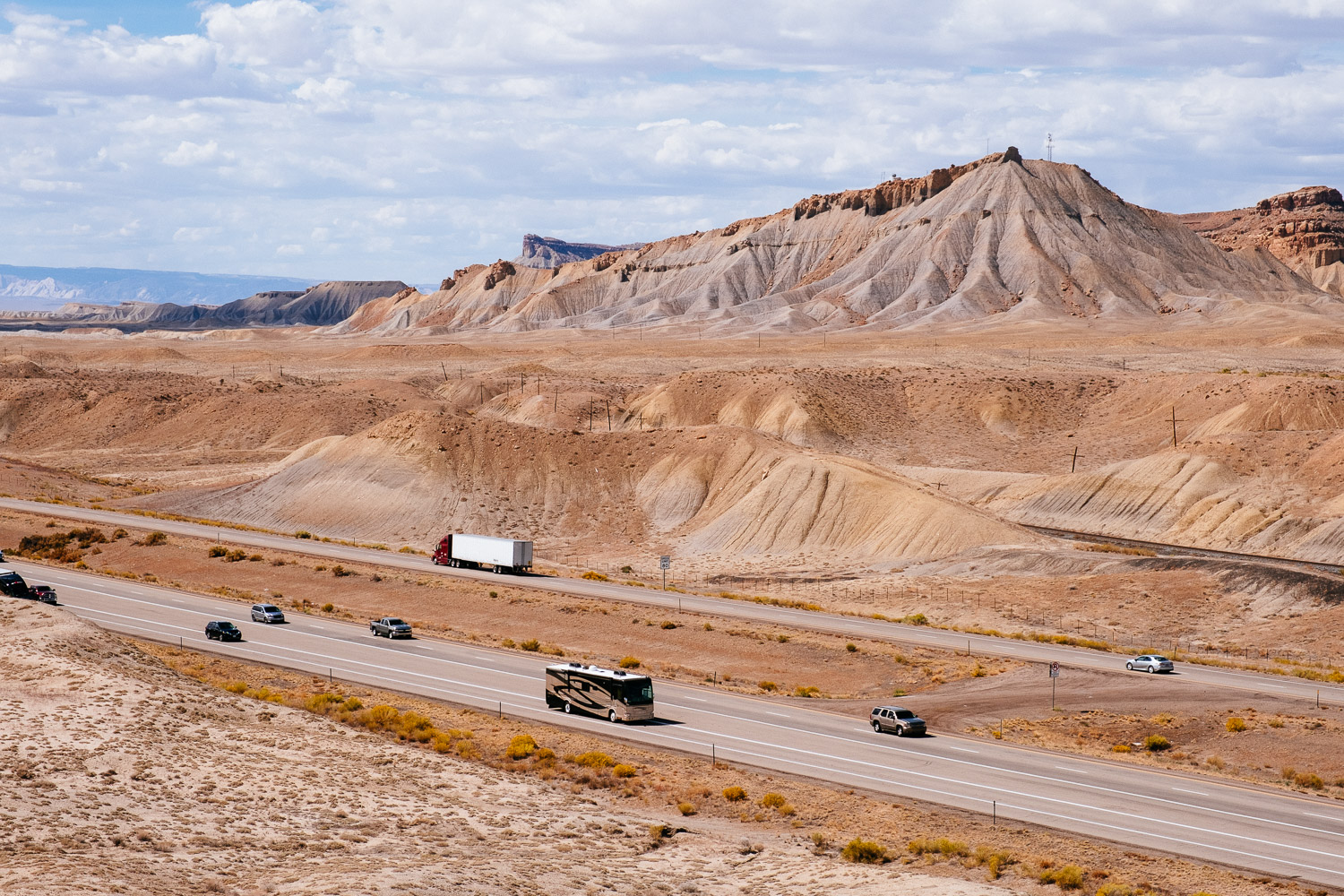 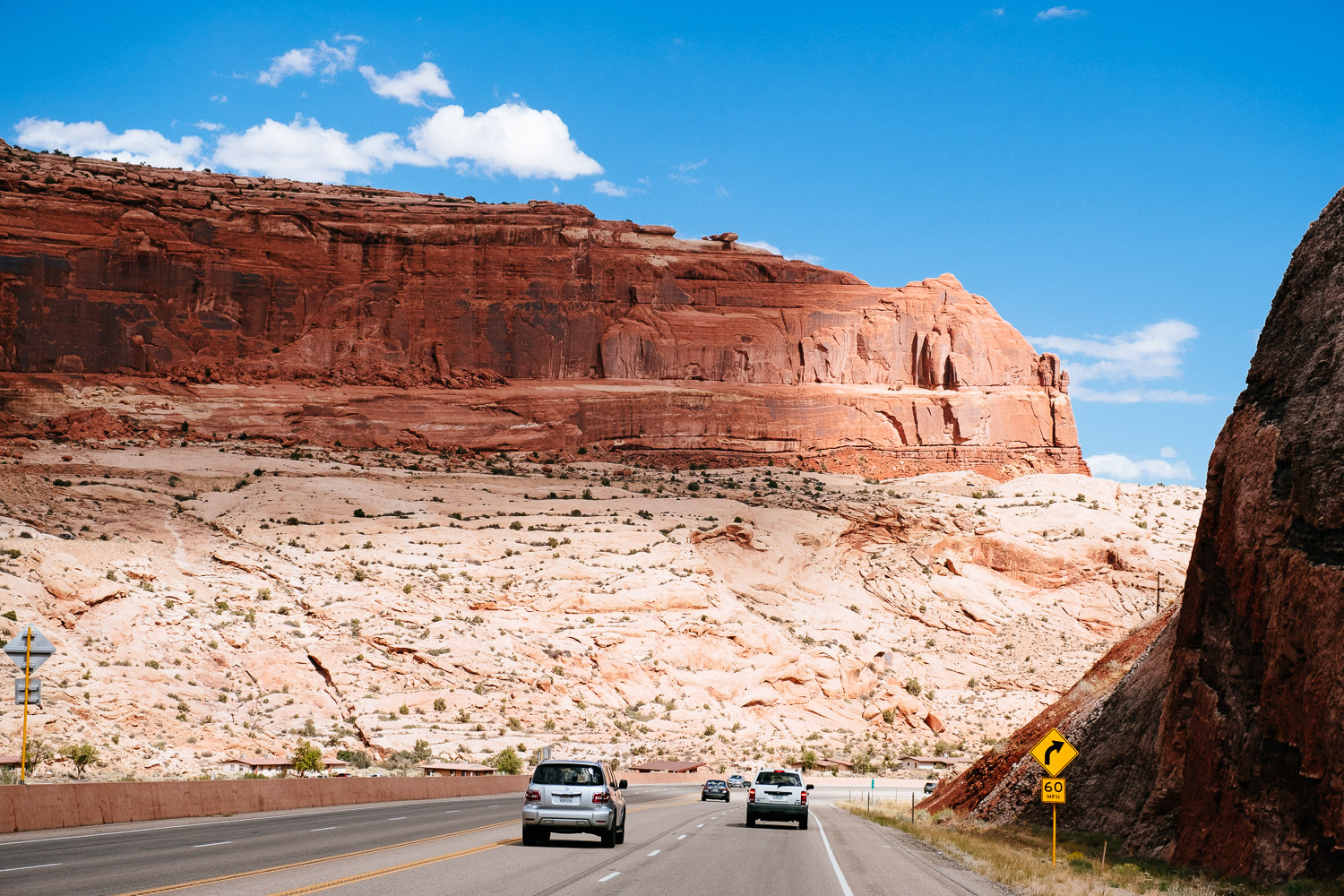 I think one reason why we love to come here for vacation is because this place gives us the opportunity to break out from our lives. At least for three weeks. Of course it is only a illusion but once you have experienced it you are hooked. It’s like a highly addictive drug. That’s why we keep coming back.

It’s not the sun, the sea or the landscape. We could get that much closer to our home. It’s these roads and the illusion that we can just break out of our lives. But of course we won’t run away. We don’t have the courage and we are simple just not desperate enough.

At the end we finally made it to the city of Moab. The city next to one of the most spectacular parks in the South West of the USA. The Arches National Park. We have been here before and we watched the place grow. There are so many visitors that it may reach the point that they will no longer allow cars in the park and change to a shuttle bus system just like in the Zion NP.

But for now you still can go there by car just make sure that you make a reservation at the brewery for diner or you will end up in an Asian fusion restaurant that doesn’t have the licence to sell beer. Now I’m desperate but without a drink I guess I will still lack in the courage department. 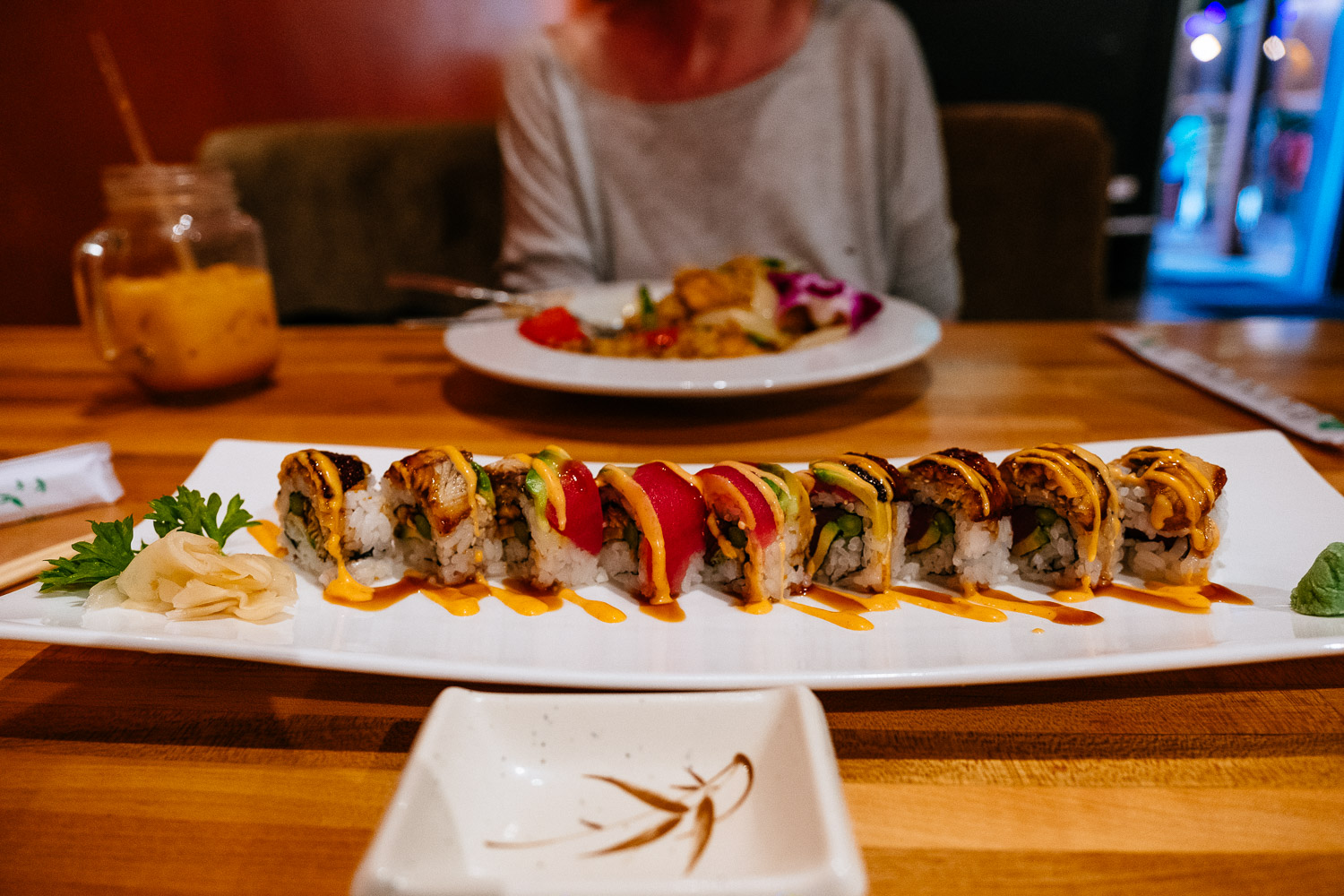