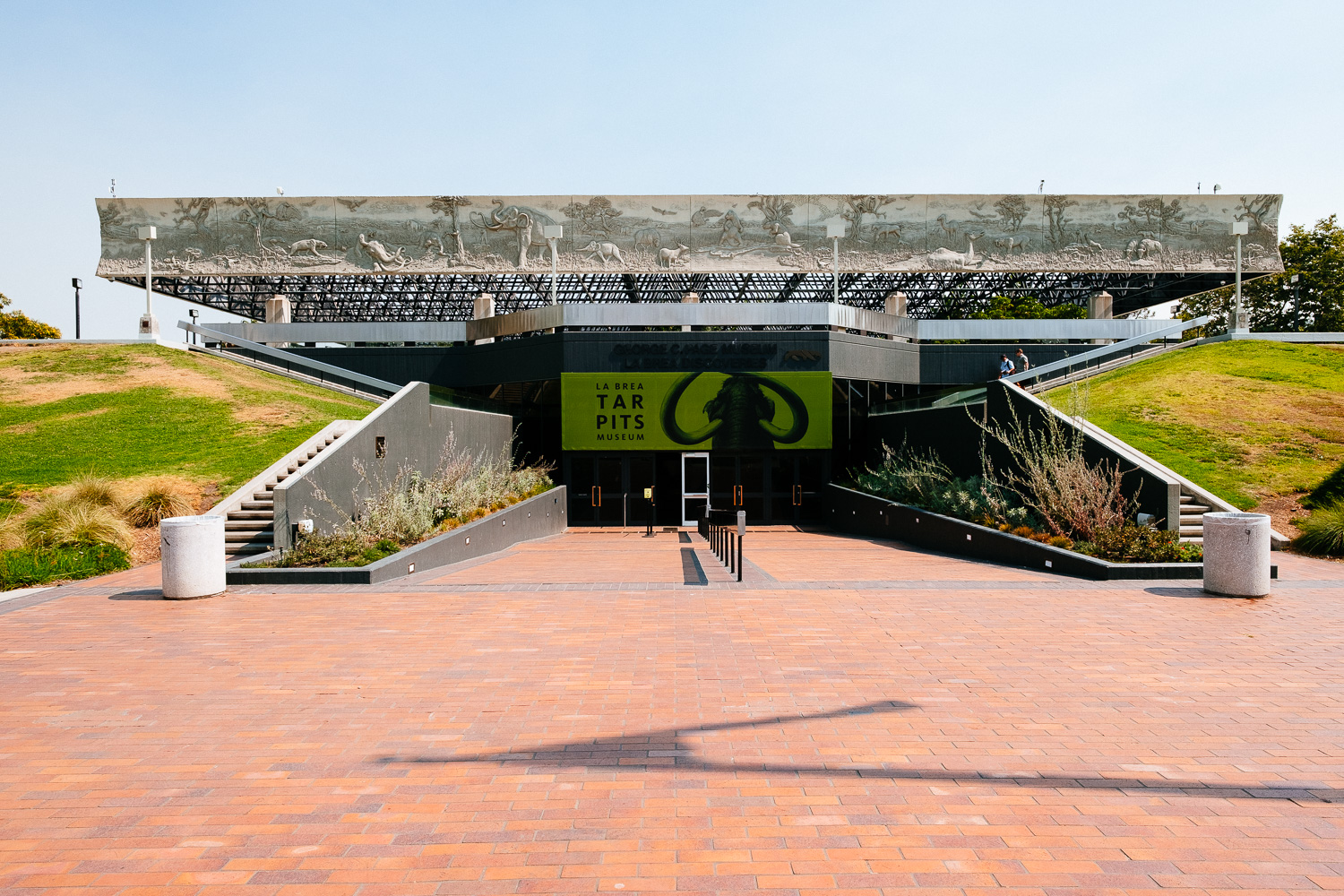 We still had some time to kill before the museum of contemporary art opened so we visited the tarpit museum next door. A very smart move to get more visitors.

It’s a very small museum but its size is perfect to spend 30 to 45 minutes. 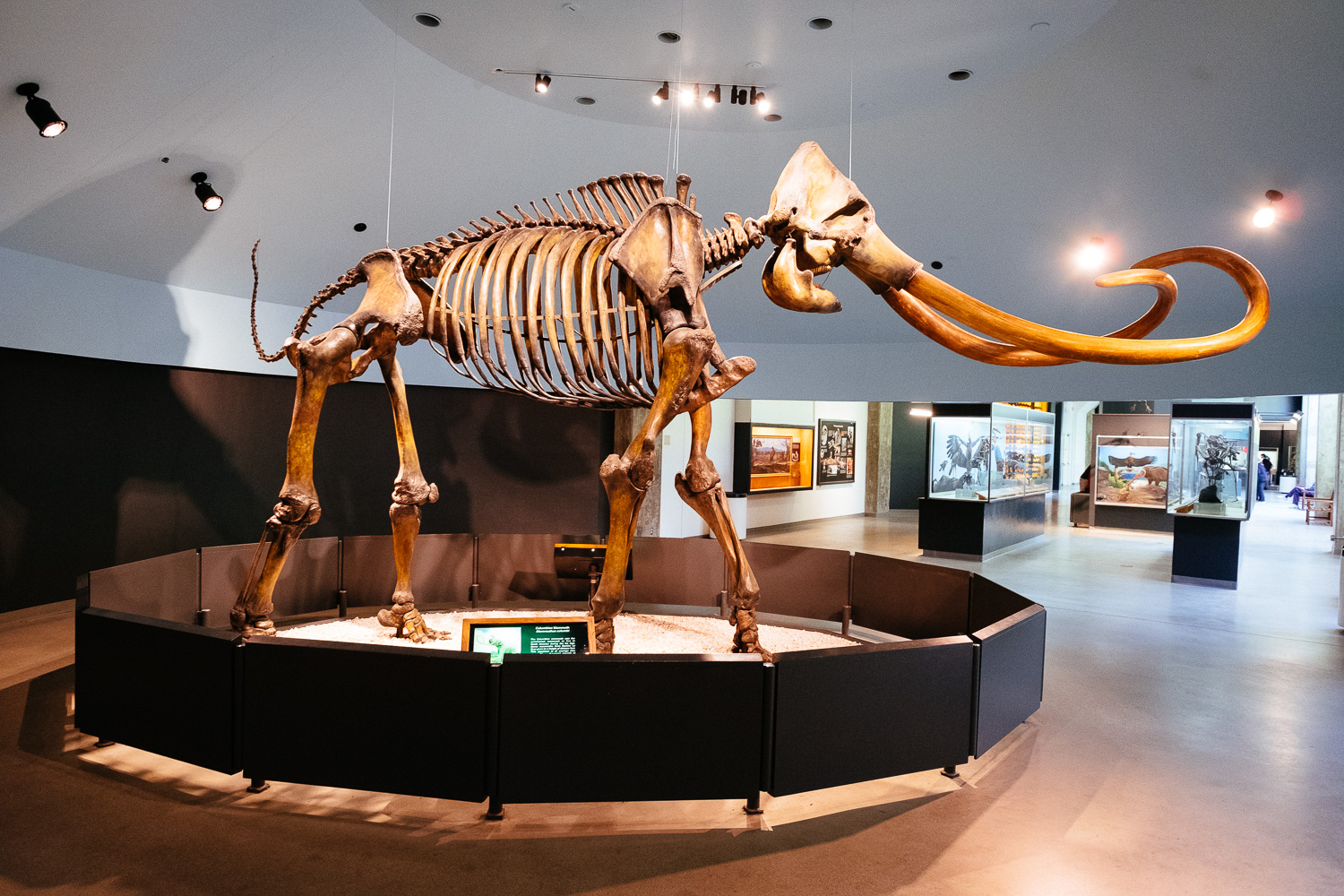 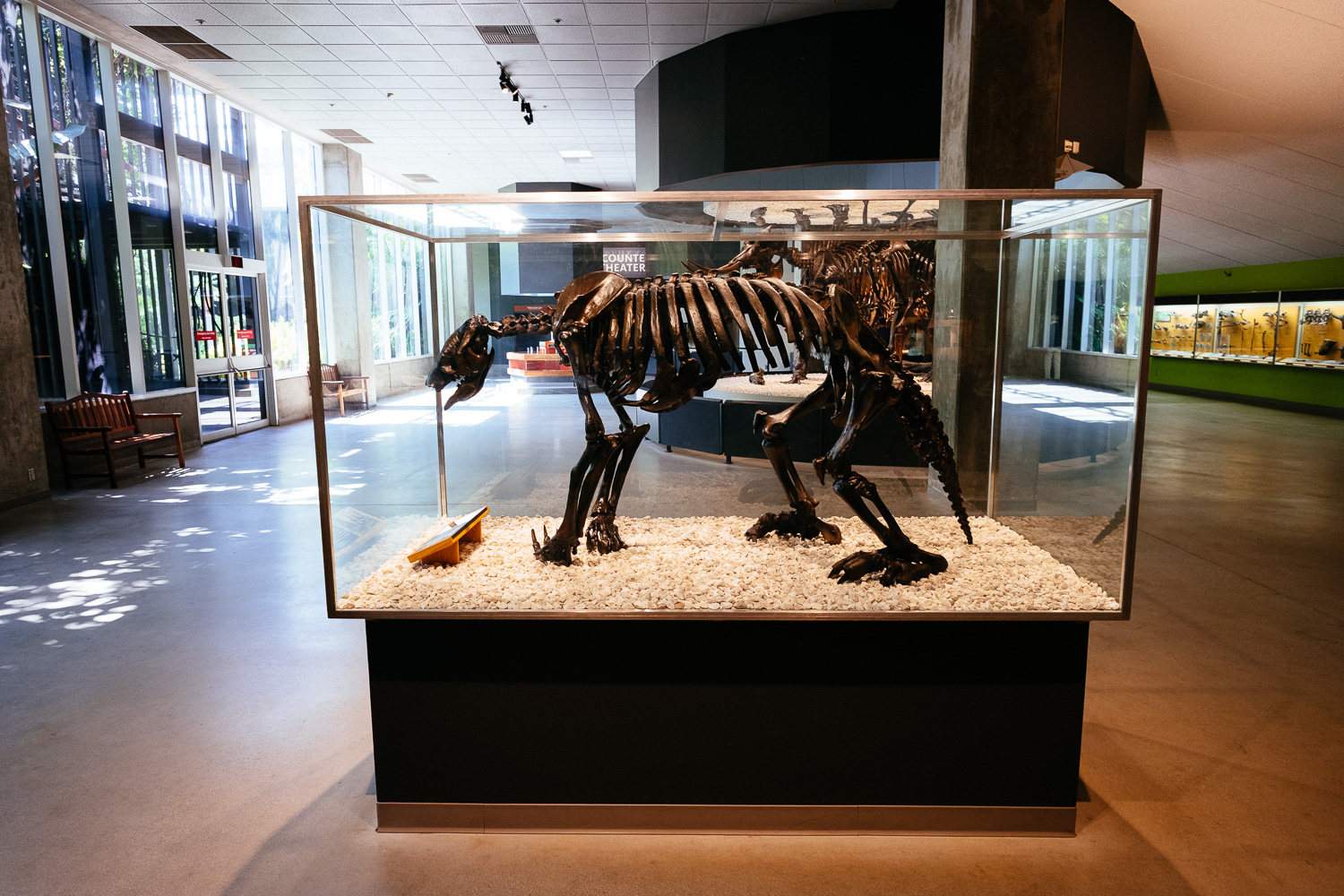 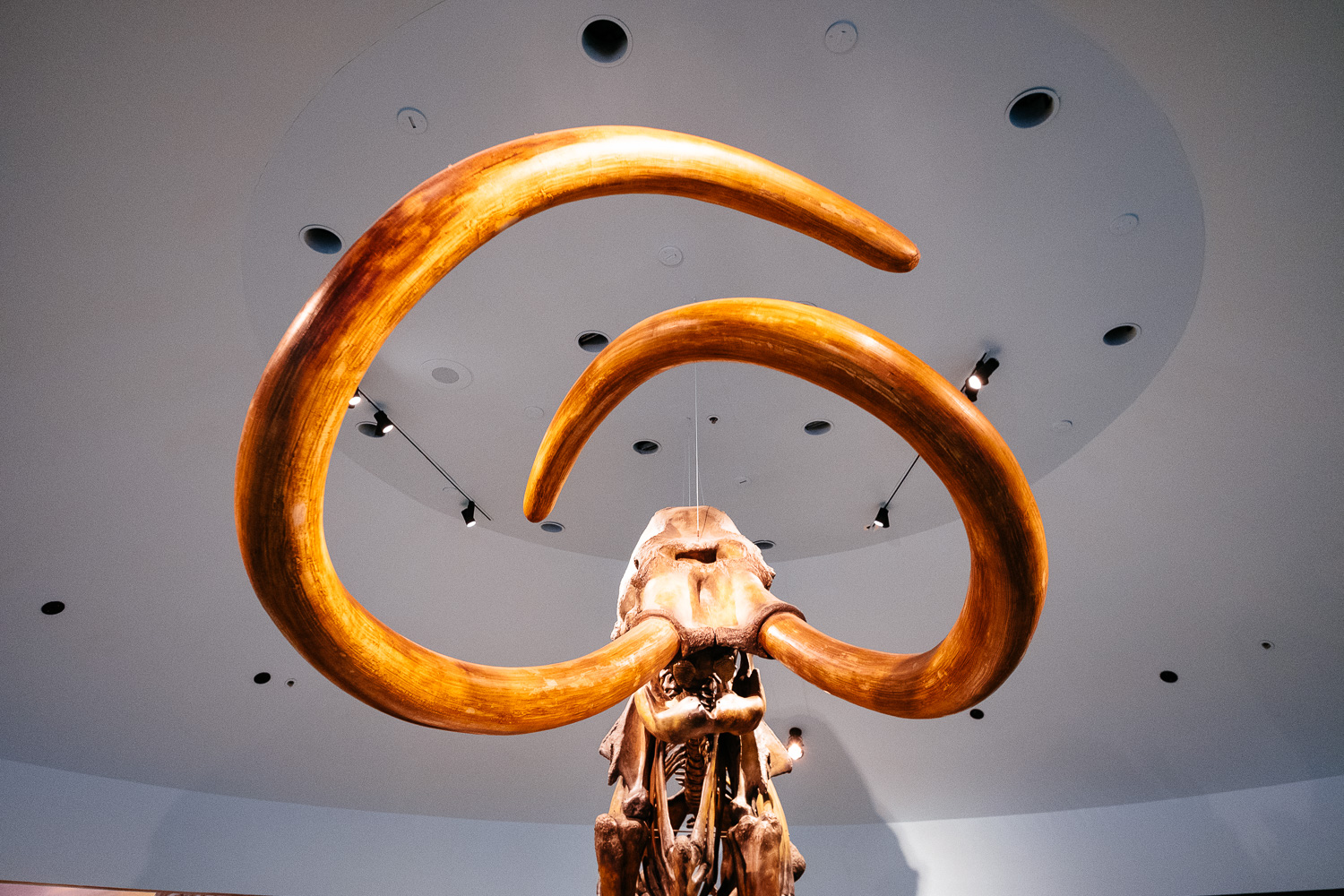 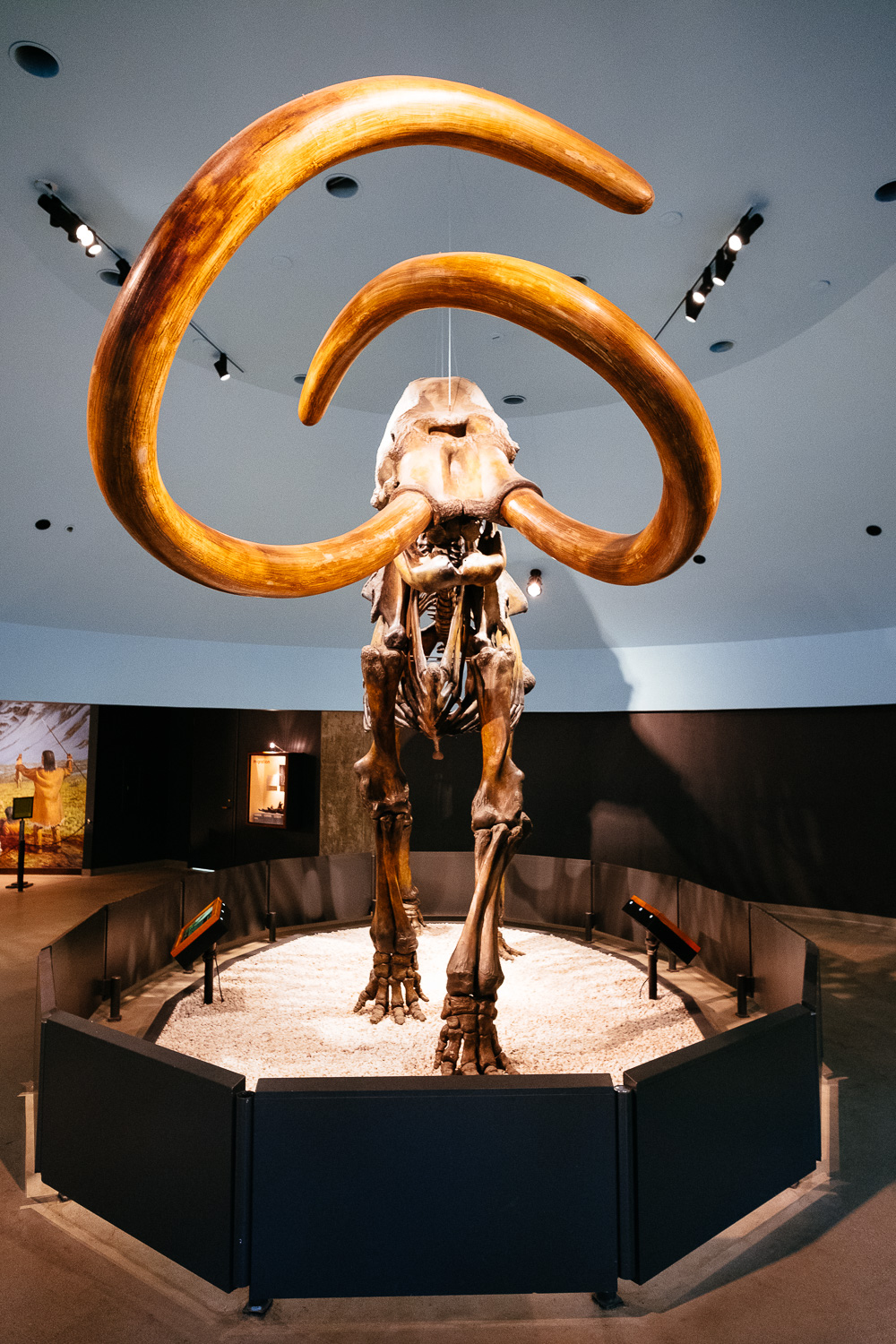 The most impressive exhibit of course is a mammoth, the hairy ancestor of our elephant. Known by every kid on the planet at least since the movies Ice Age. The size is impressive but trust me nothing beats to meet an elephant up close. I did many years back when I walked to the Zoo in Schoenbrunn/Vienna. It was on a cold day in winter. Winter is by far the best time to visit the zoo especially if there is snow.

I was changing lenses when an elephant passed me by. It was just a female but to me it was a grey wall of muscle and strength that was far too close. I was too shocked to asked the carer why he was walking the elephant outside of its enclosure.

Second close up encounter with an elephant was last year in New Delhi. We were stuck in the traffic close to Connaught place when I saw an elephant taking part of the rush hour in Indias capital. This time it was an huge elephant bull with a tiny rider on its back. The elephant was just walking but he had no problem to keep up with the cars even when we were going faster. This time I was cool enough to take a picture but I have to say that it feels strange to pass by an elephant in a small Suzuki. I loved that I finally saw an elephant in New Delhi but I understand why there are only a few left today. 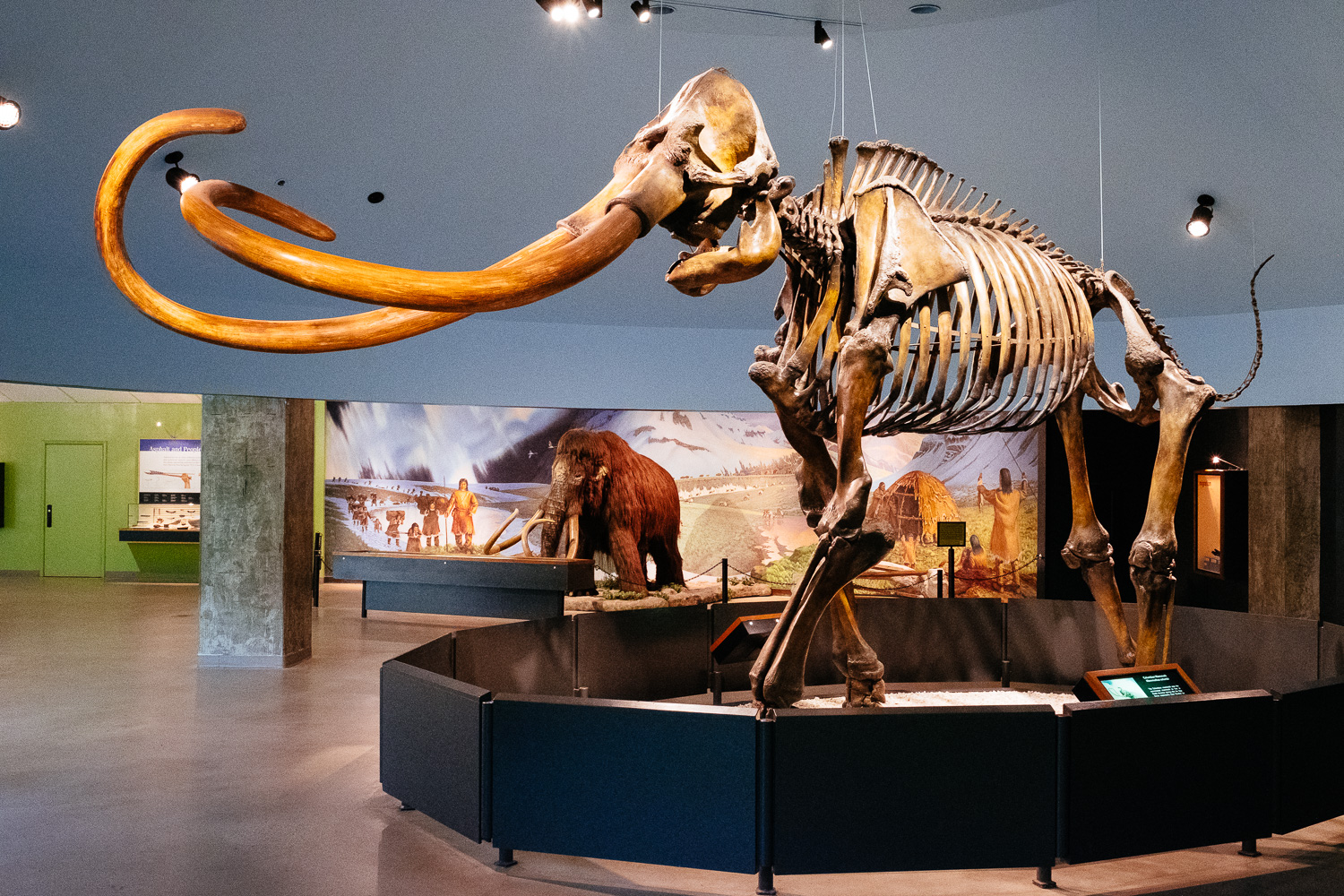 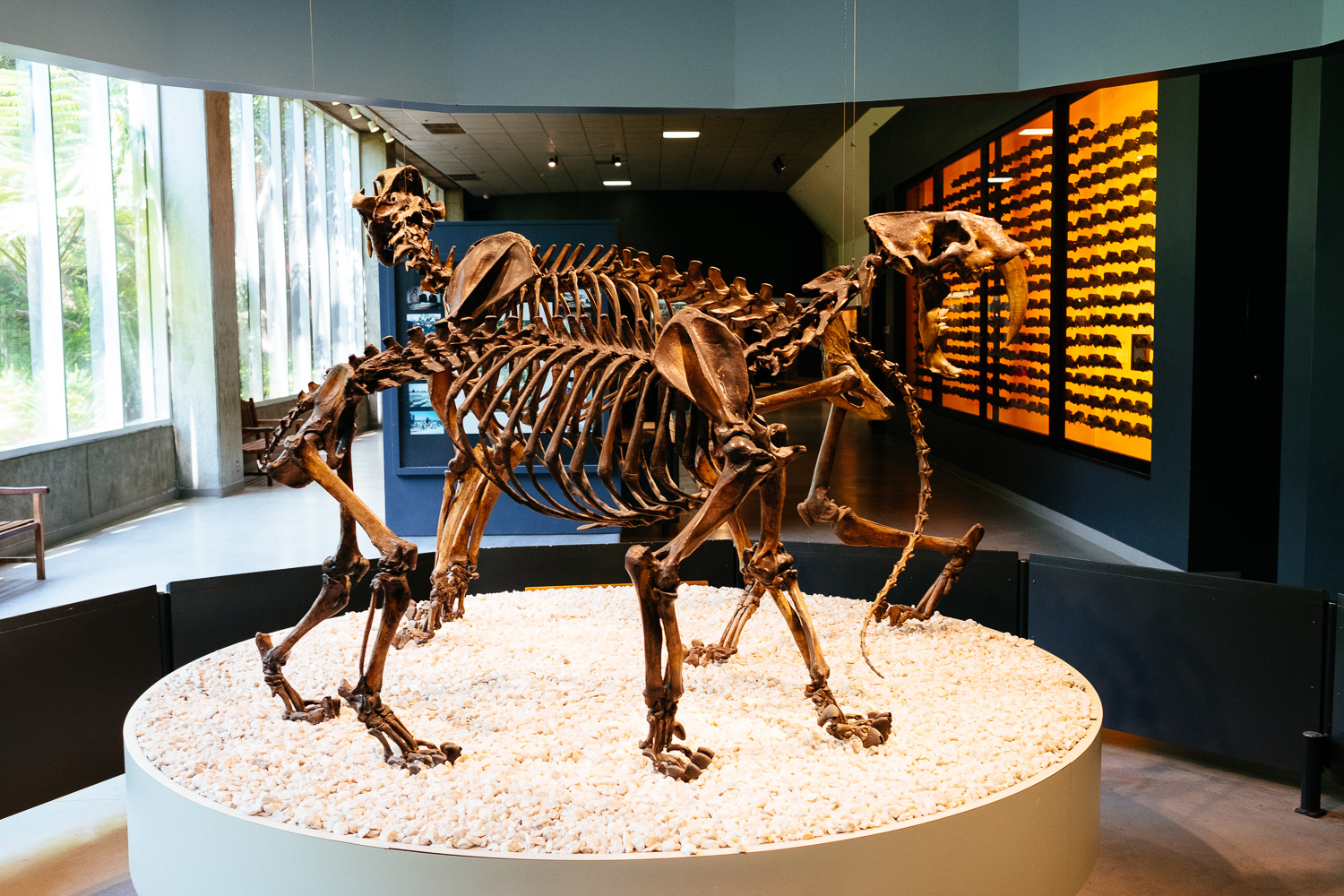 We are proof that brain is more important than muscle and power. But maybe we should not be too proud. Crocodiles survived too. 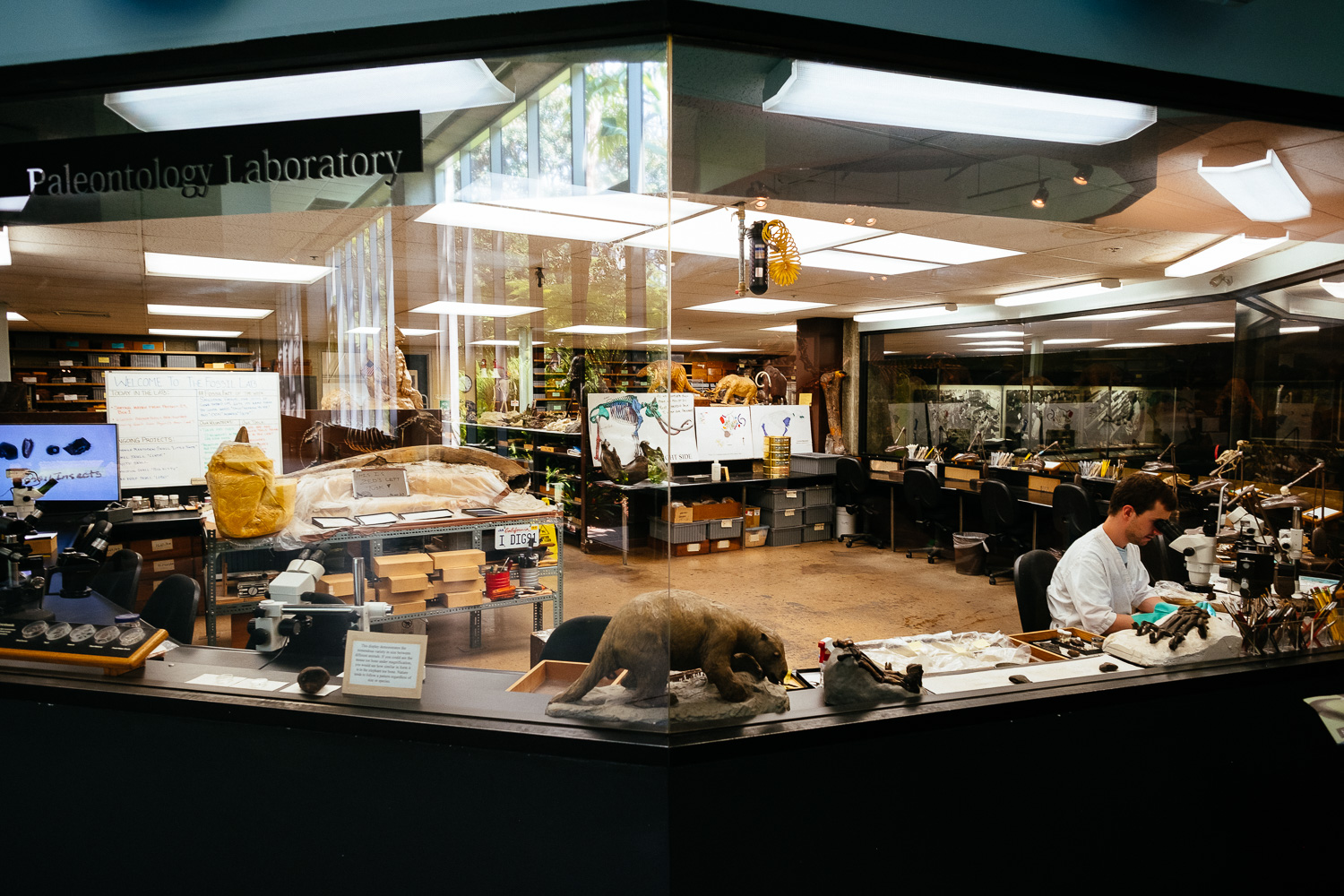