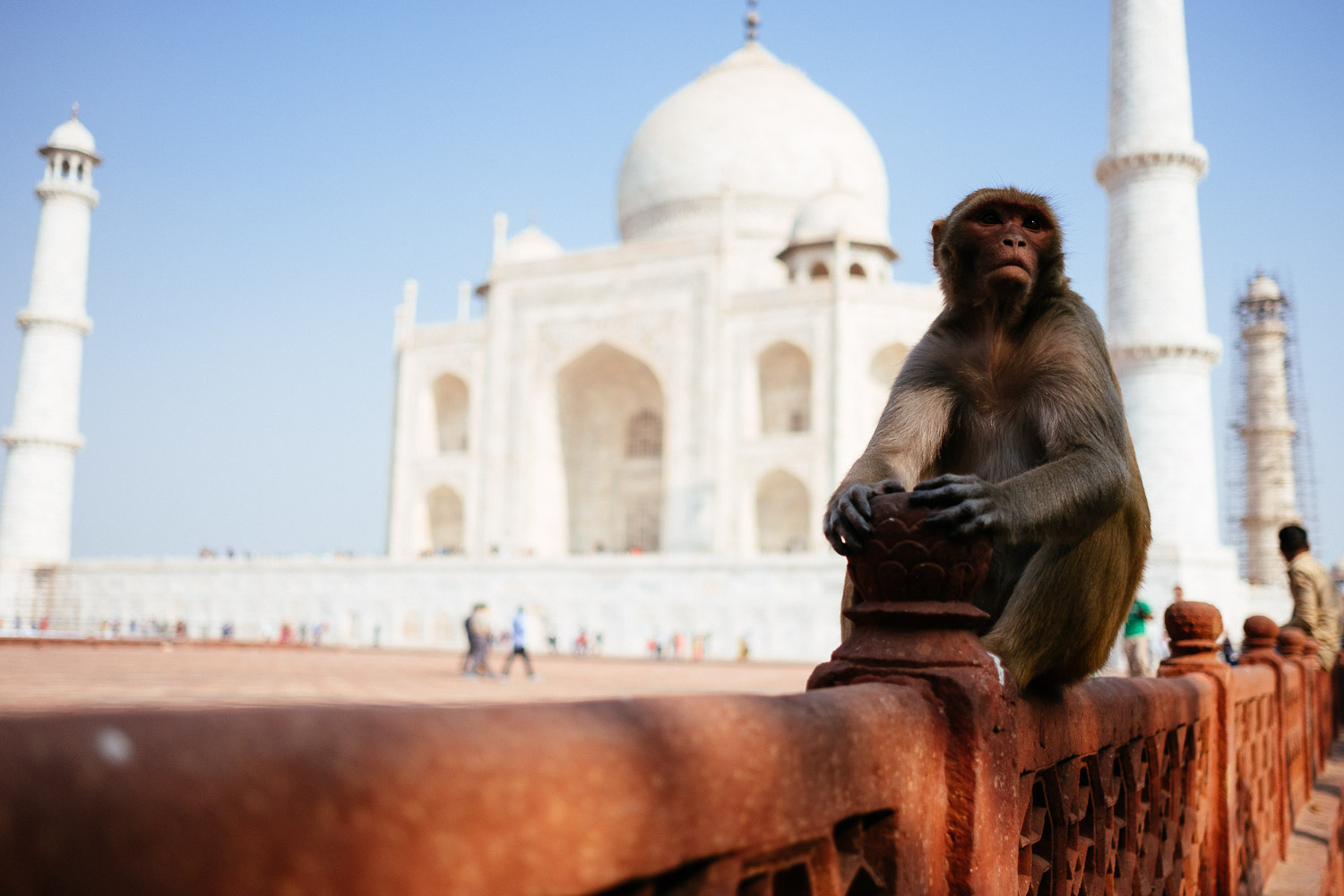 The last two weeks I spent in a magical place. And even though it was a business trip I managed to take some images. This is just a teaser. More after my return.

I think this is was my seventh trip to India but the first one where I stayed for two weeks. Two weeks means that I spent a weekend in New Delhi and that I had the chance to see the Humayun’s Tomb, the Red Fort and the Taj Mahal.

This was the third time that I visited the Taj Mahal and it was by far the best experience. Mostly because of two things:

Early December means winter here and winter in this part of India mean 25 degrees Celsius. During my last visit it was 40 degrees!

The first visit to the Taj Mahal was simply and overwhelming experience. If you are overwhelmed you can’t think clear. If you can’t think clear you can’t take good pictures. As simple as that. During the second visit the weather was horrible and the light was bad. Now the weather was perfect, the light was great and my head was clear. Well maybe not totally clear: As you can see in the first shot I was shooting the XF 23/2 WR wide open at close distance. And thanks to the internet we all know that you should never do that since this lens performs horrible under those conditions. Seems that my lens didn’t know that and the shot came out very nice. Just joking! This is a great lens and at normal distances it is as sharp as my 14mm. And the 14mm is as sharp as it gets. More samples and maybe a review to follow soon.

The XF 23/2 is my latest purchase from Fuji and it replaced the XF 23/1.4 for my business trips where my focus is to travel light. In fact I did not replace the 23/1.4 it replaced the 27/2.8. I preferred the 27/2.8 to the 23/1.4 only because of size and weight but never liked the much narrower field of view and the fact that it does not have an aperture ring. 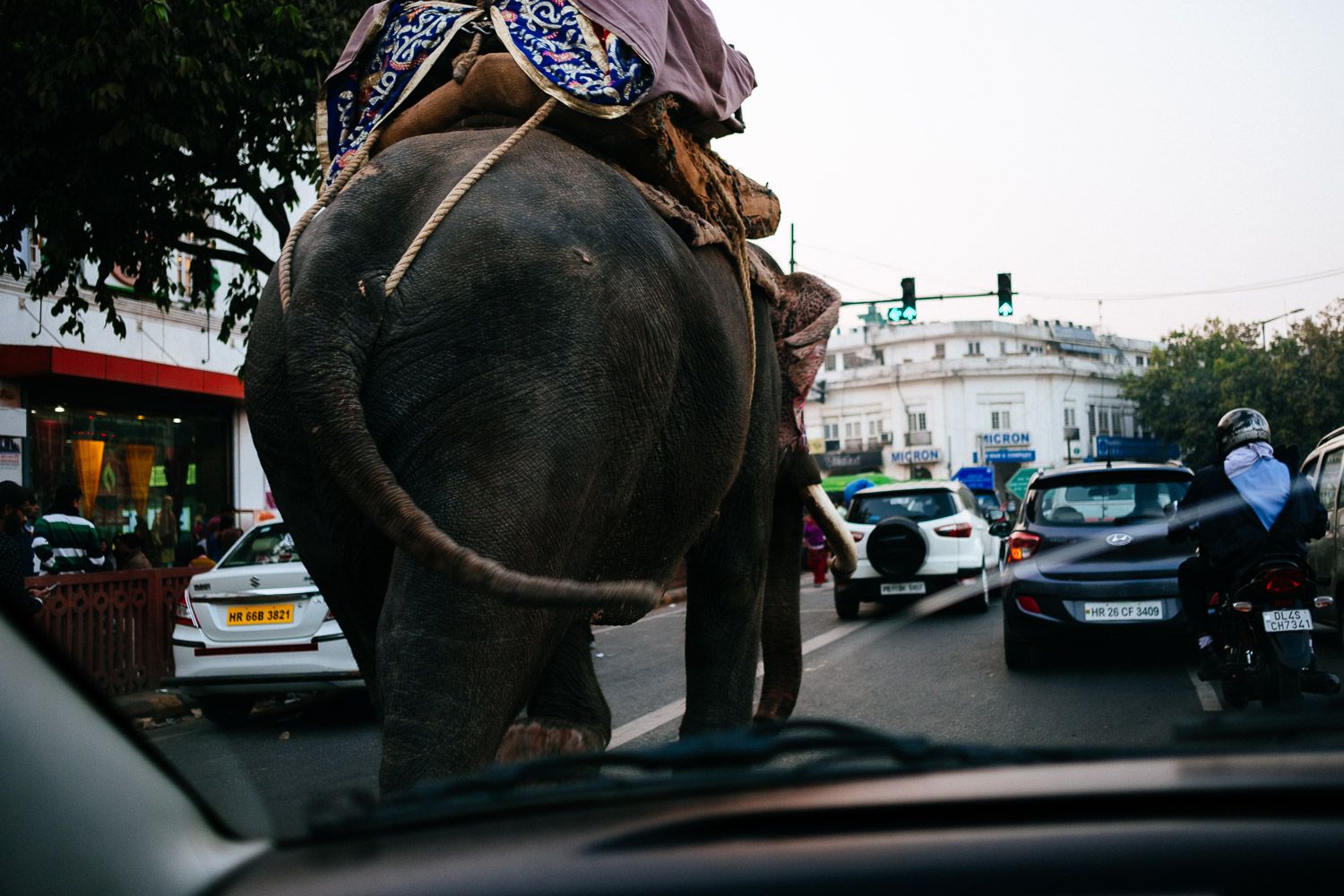 Normally I shoot most of my pictures with the 14mm lens. On this trip the by far most used lens was the 23/2. I took almost half of the shots with it. Coming from the original X100 I always liked the 23mm field of view for general photography. Just wide enough to provide enough from the scene but not too wide to draw attention to itself. And best of all is it’s AF performance even in low light.

My seventh trip to India but the first time I saw an elephant on the road. It was in Delhi during rush hour but it seemed that everybody kept some distance. There was also less honking close to the elephant. It seems everybody has some respect and they should. It is a strange feeling to pass an elephant bull in a compact car. I was amazed how fast he was walking. He was easily able to keep up with the cars.

Last but not least a scene from the CST (Chhartrapati Shivaji Terminus) or better known as Victoria Terminus in Mumbai. A major train station in Mumbai built in the year 1888. Today the station handles more than 1.000 trains and 3.000.000 passengers per day which makes it the busiest train station in the world beside the Shinjuku station in Tokyo which I visited about two months ago. But passenger numbers aside those two stations have absolutely nothing in common.

Just like India and Japan. Both amazing but totally different worlds. More soon. 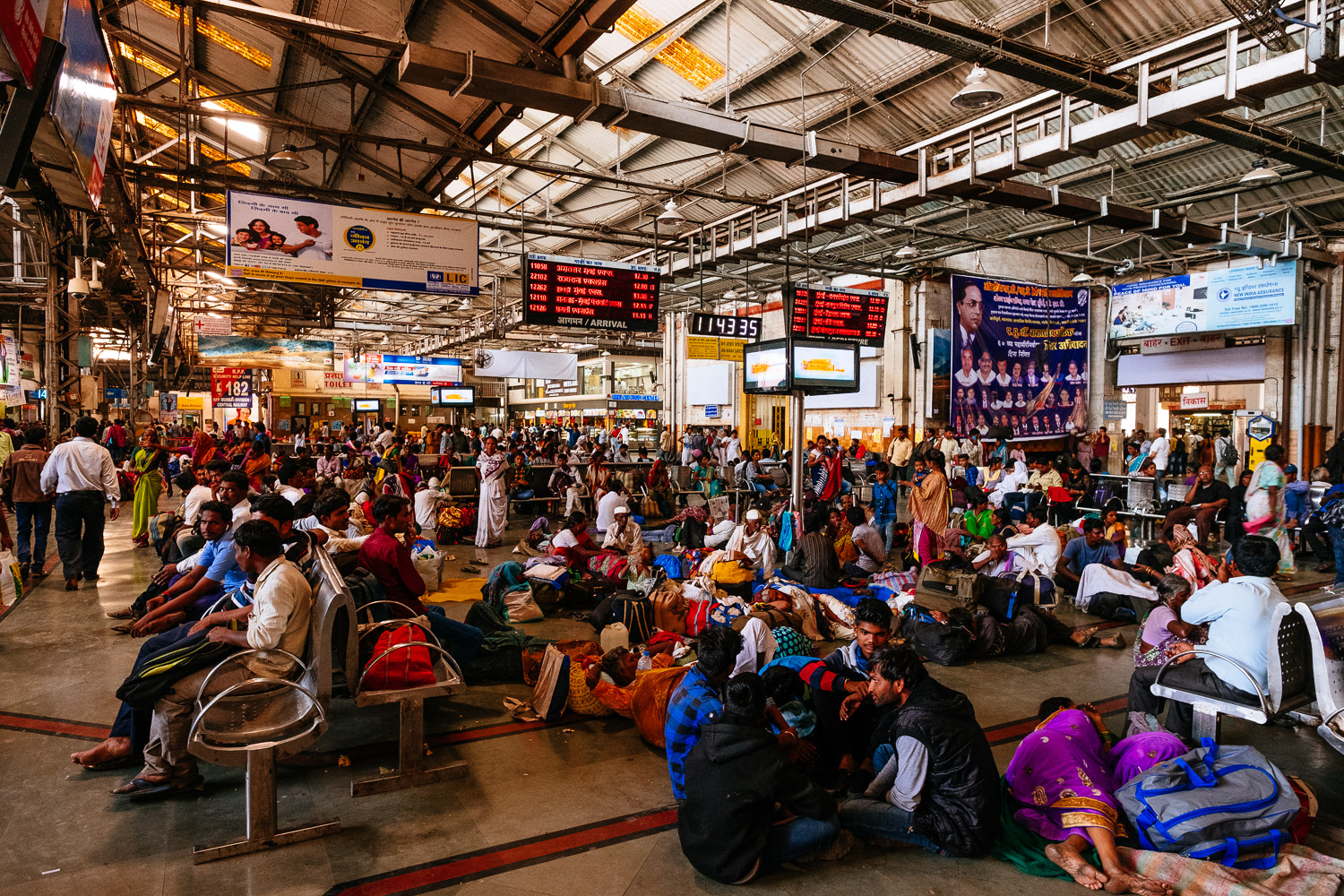