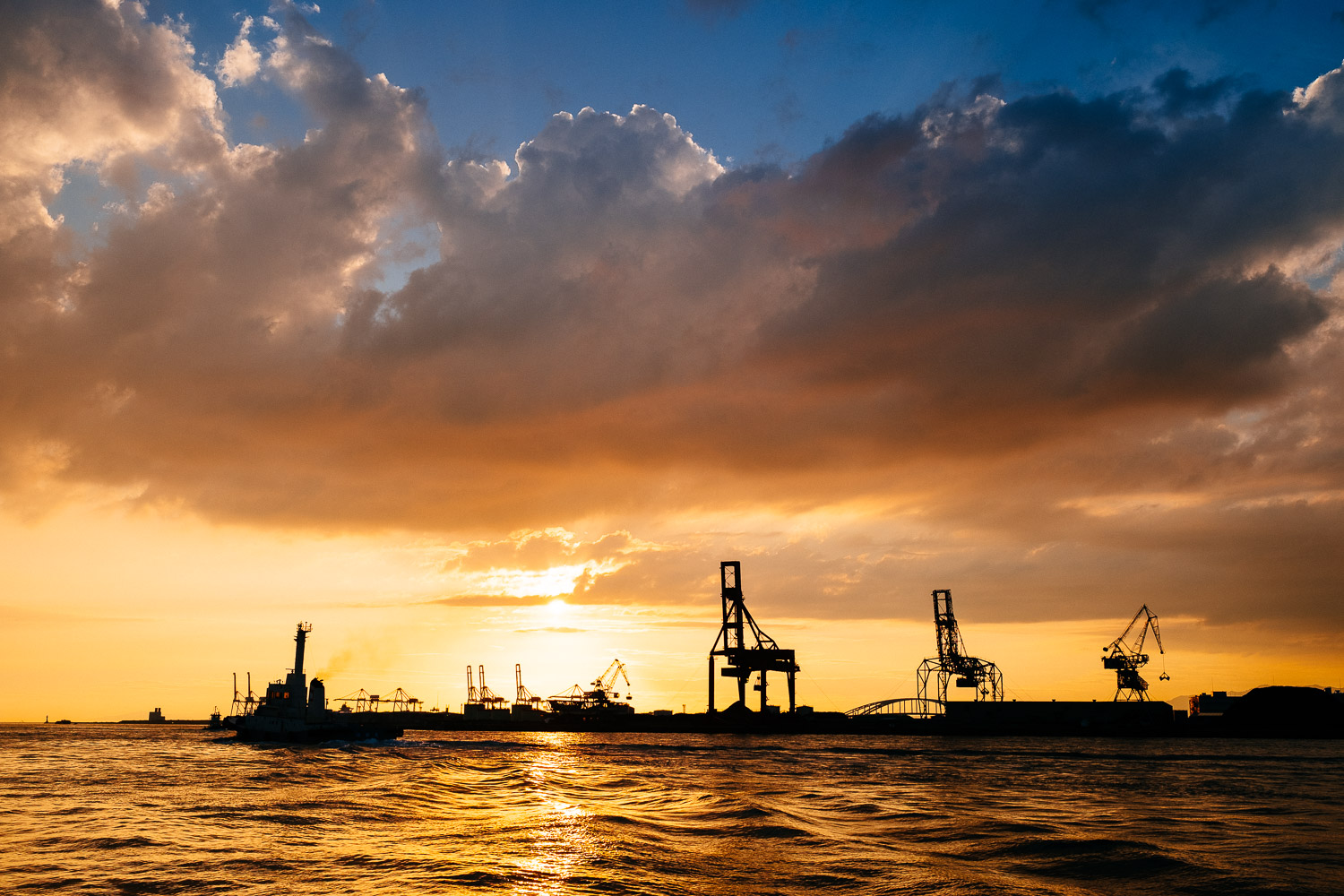 When I flew to Japan for the first time this September the weather forecast was so poor that decided to spend most of the time on my arrival day indoors. My plane landed in the morning but it was close to lunch time when I was ready to leave the hotel again. After a great Sashimi lunch at Osaka station and some time in the biggest camera store I have ever seen I went to see the famous Osaka Aquarium. All this will be covered here in separate posts soon but now it’s sunset time. 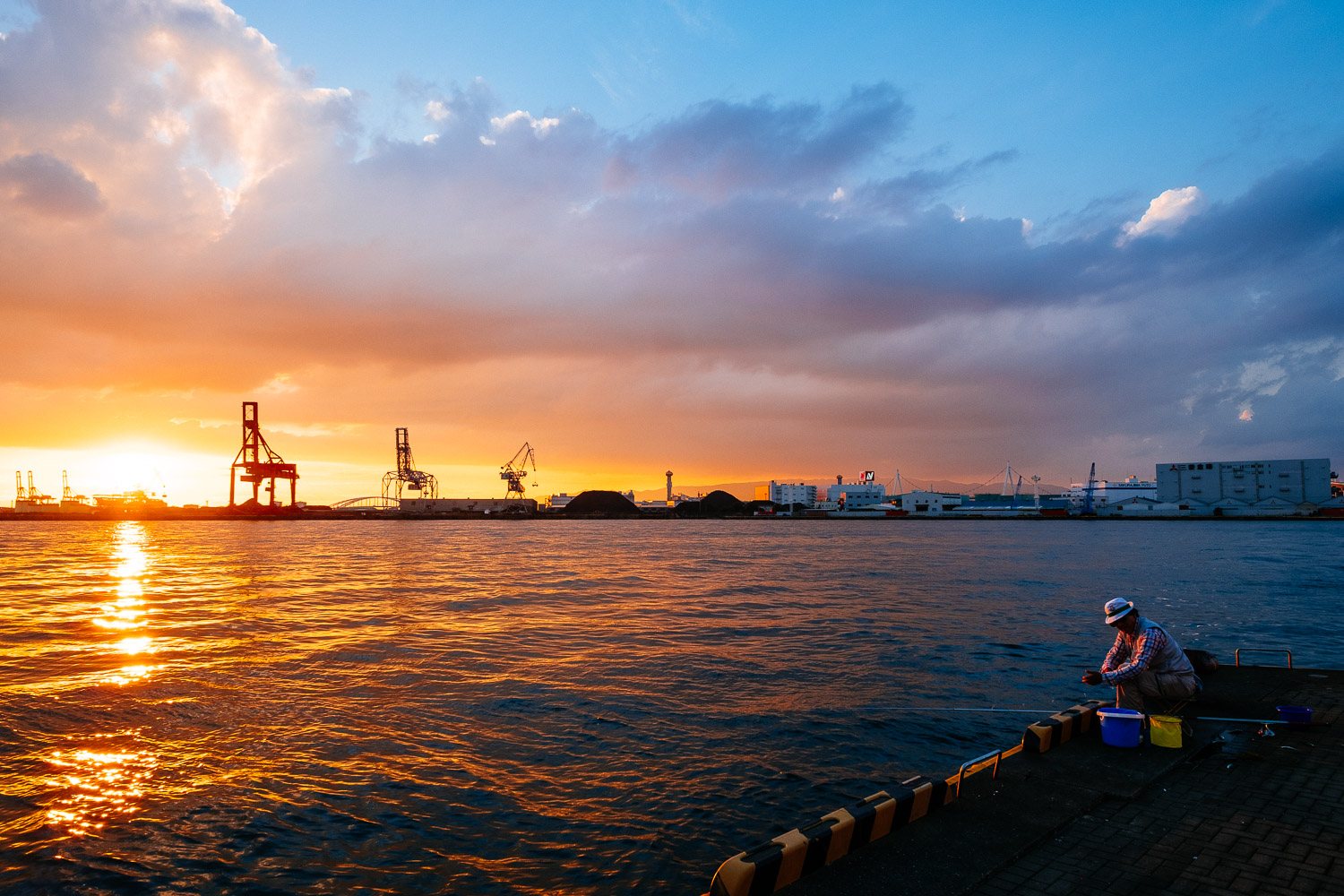 I was tired and exhausted from the long flight but I decided to stay because I just love sunsets and nothing beats a sunset at the sea. Especially if you don’t expect to see one. It’s a completely different story when you are on a vacation in California where the sunset at the beach becomes a daily ritual. I expected grey and rainy days. I didn’t see that coming so I didn’t pack any zooms when I went to Japan. And because I left the 56mm lens in my hotel room the Fuji XF 14/2.8 R and the XF 23/1.4 R were the only lenses I had with me to cover the scene.

What sounds like a compromise worked pretty fine. Of course the same shots could have been taken with the Fuji XF 10-40 R LM OIS or even with the kit zoom but I had none of them with me at the time and it is really not a big deal to have two primes instead of a zoom. When I wanted to include the fisherman or the other sunset watchers I took the 14mm lens and when I focused on the sunset and the beautiful clouds I took the 23mm. Of course it would have been nice to have a tele zoom to take some closer shots of the cranes in front of the setting sun but it makes no sense to cry over spilled milk. 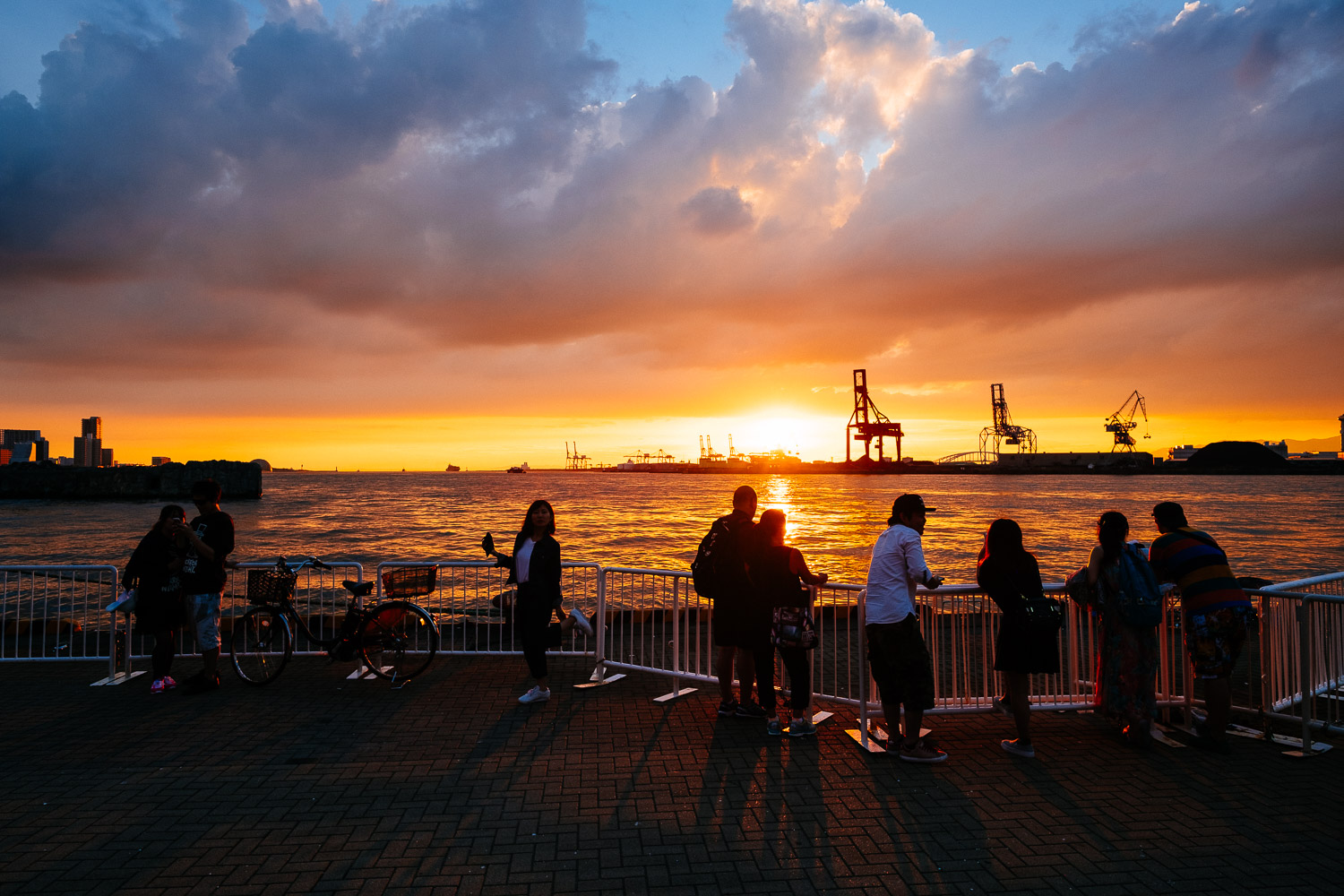 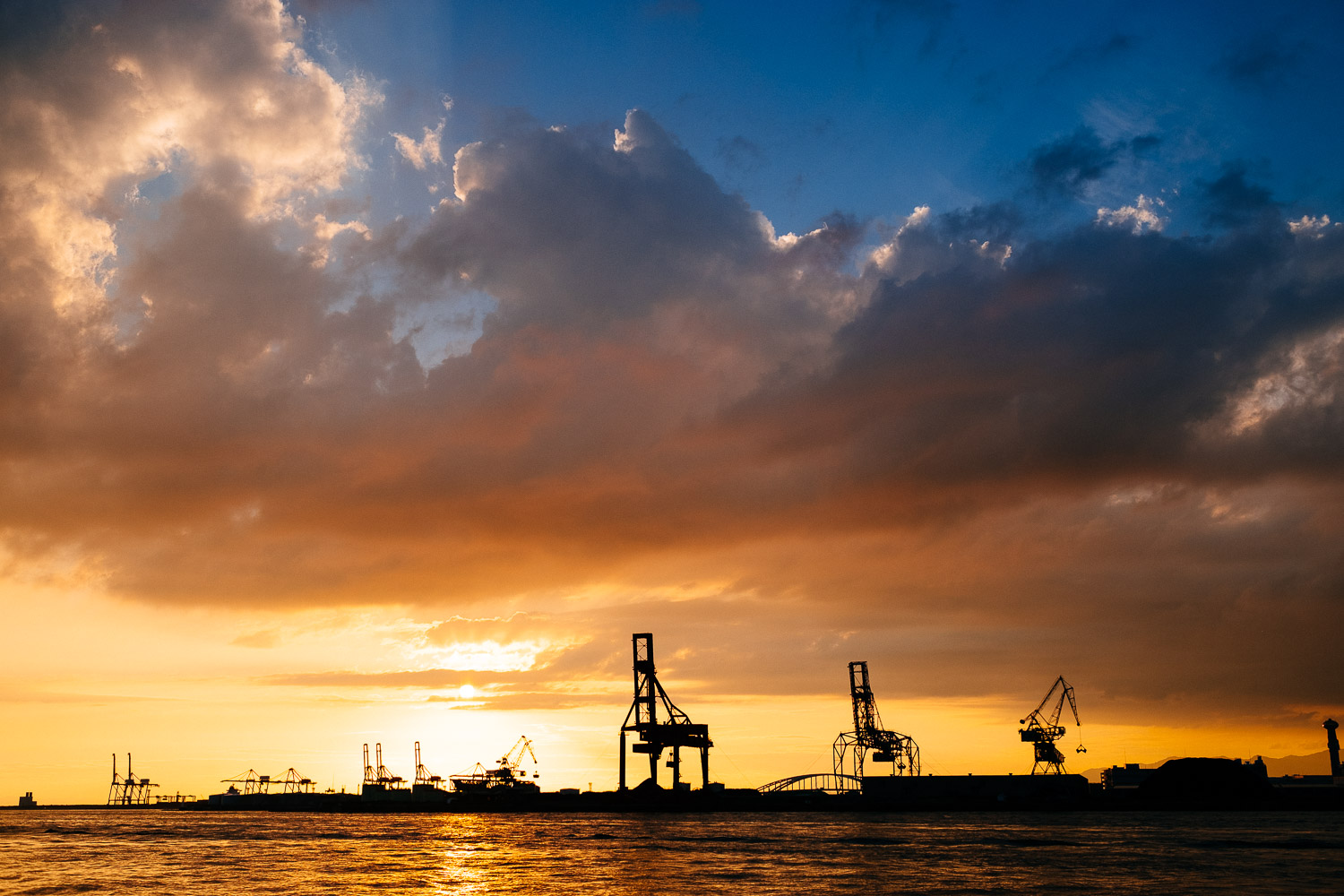 The XF 23/1.4 R is such a fantastic lens that I wonder why I don’t shoot it more often. It is my second most shot lens in my lightroom library but I took more than three times more images with the XF 14/2.8 R. I think the answer is simple. It is rather big and heavy compared to my two “travel light” – favourites the 14mm and the 27mm. The XF 27/2.8 R has replaced the 23mm on most of my trips to Asia.

But recently I got the XF 23/2 WR. This lens is much lighter and smaller than the 23/1.4. Now I can go back to the focal length I prefer over the 27mm without adding to much weight to my small camera bag. Which gives me the option to either add another lens like the 35/1.4, the 56/1.2 or even a small tele zoom that I missed so much that day. Or to replace the 14/2.8 with the 16/1.4 if the focus is on low light and social photography.

I’m well aware that those musings sound strange to 99% of the population. They just put out their phones and take the shot. I’m fine with that. I don’t want to convert them into real camera shooters. They should use what makes them happy. It’s just strange to me that sometimes they want to convince you to shoot with a phone too.

I still love to listen to uncompressed music or even records. I still love to dig into those fantastic RAW files a serious camera gives me and to try to make the most out of it. I strongly believe that there will be a revival of quality. Last time I saw a young girl buying records. Seems that the days of “my phone does it all” will be gone soon. I think it is time for me to finally get that one of that old Hasselblads before they are all gone.