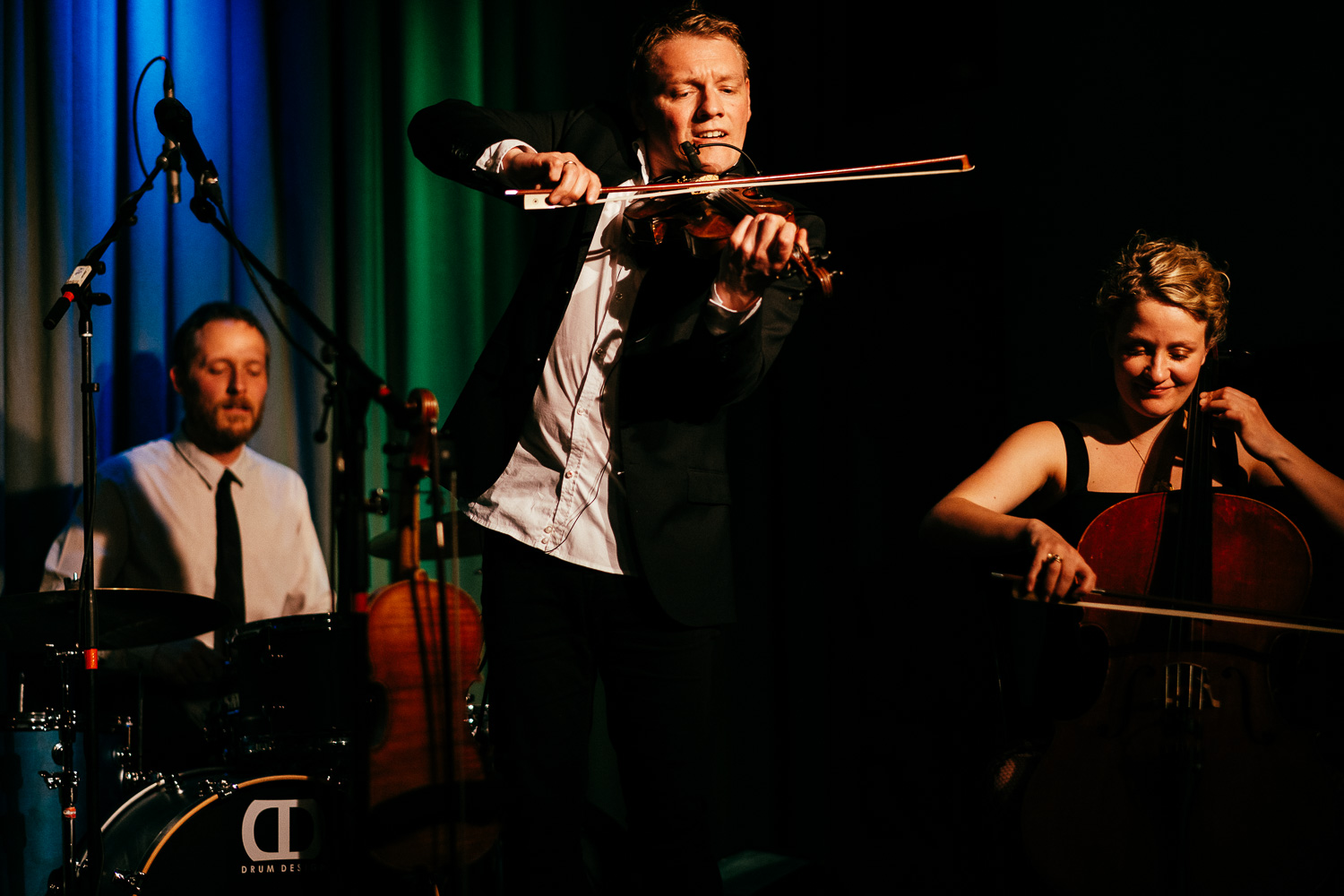 In between my last two trips to Asia I was at home for not more that two weeks but I managed to visit a concert. And it took place only 5 minutes away from my home.

Even better: it was in the first floor of a restaurant in front of about 50-70 people. But the best thing was that we sat on a table in the first row! I only brought my Fuji XF 56/1.2 R with me because I don’t shoot it a lot but most of all because I didn’t expect to sit so close. Of course it was too close to cover the whole stage so I did the best thing and focused on close portraits of the performers (all images are un-cropped and shot at f1.2). 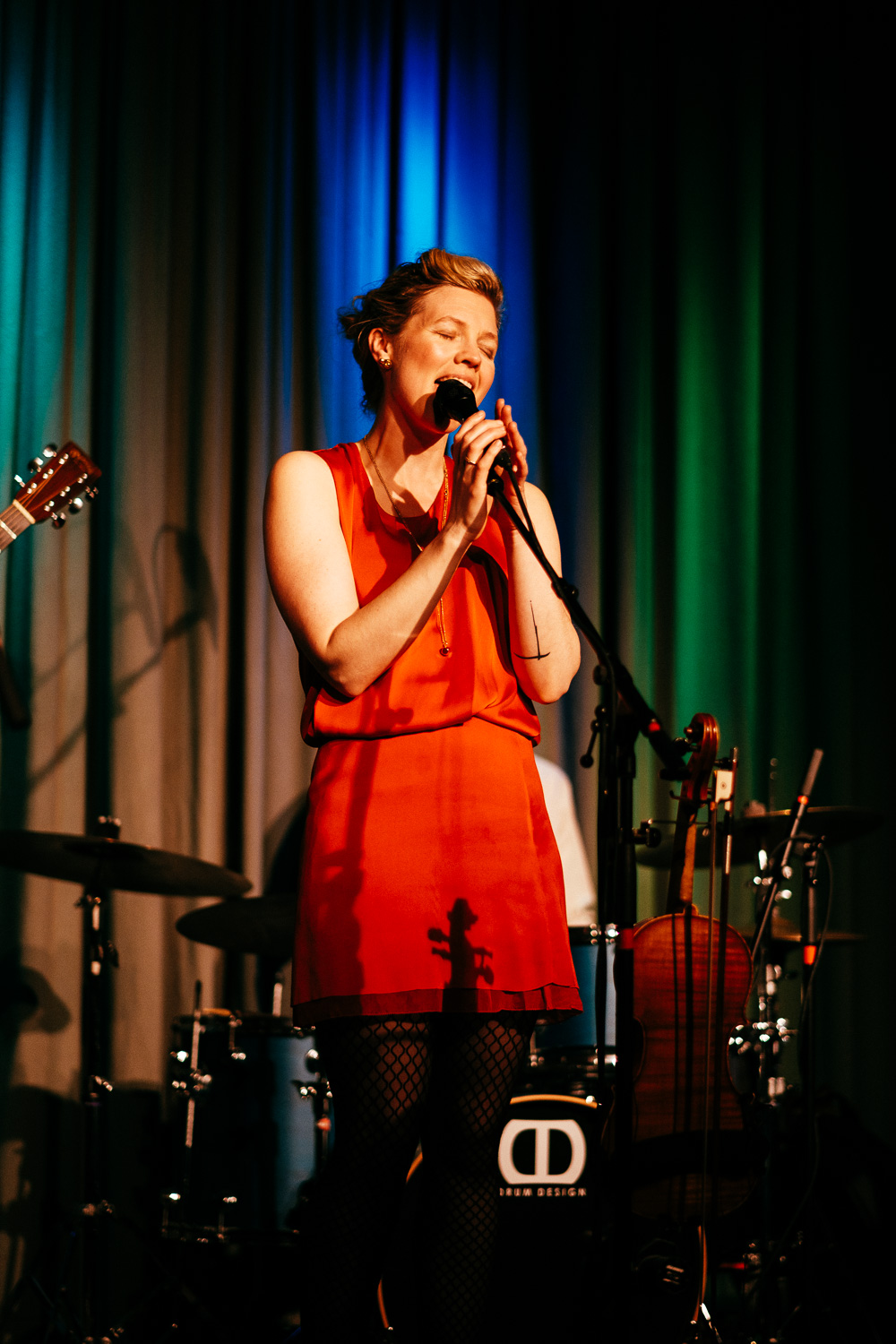 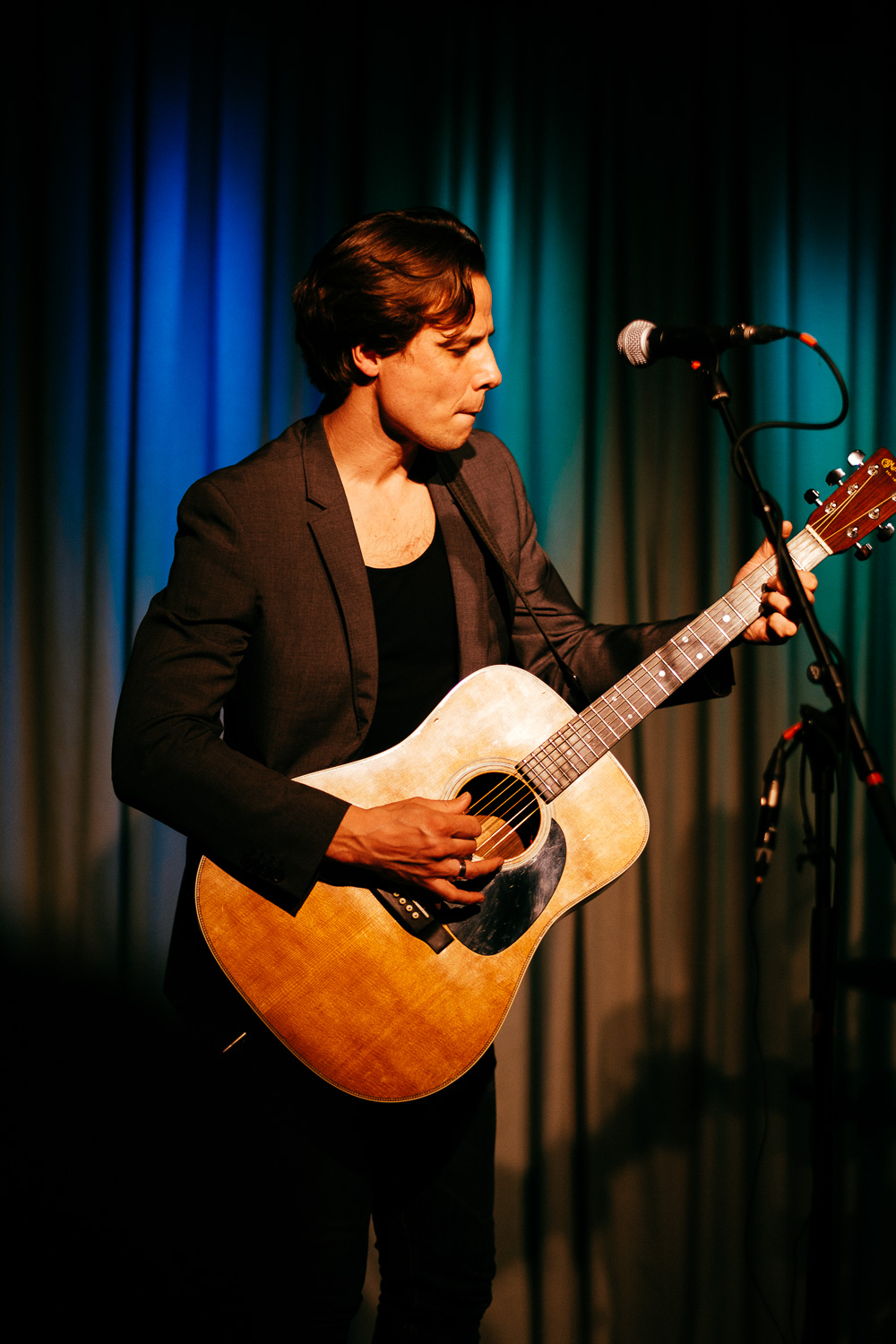 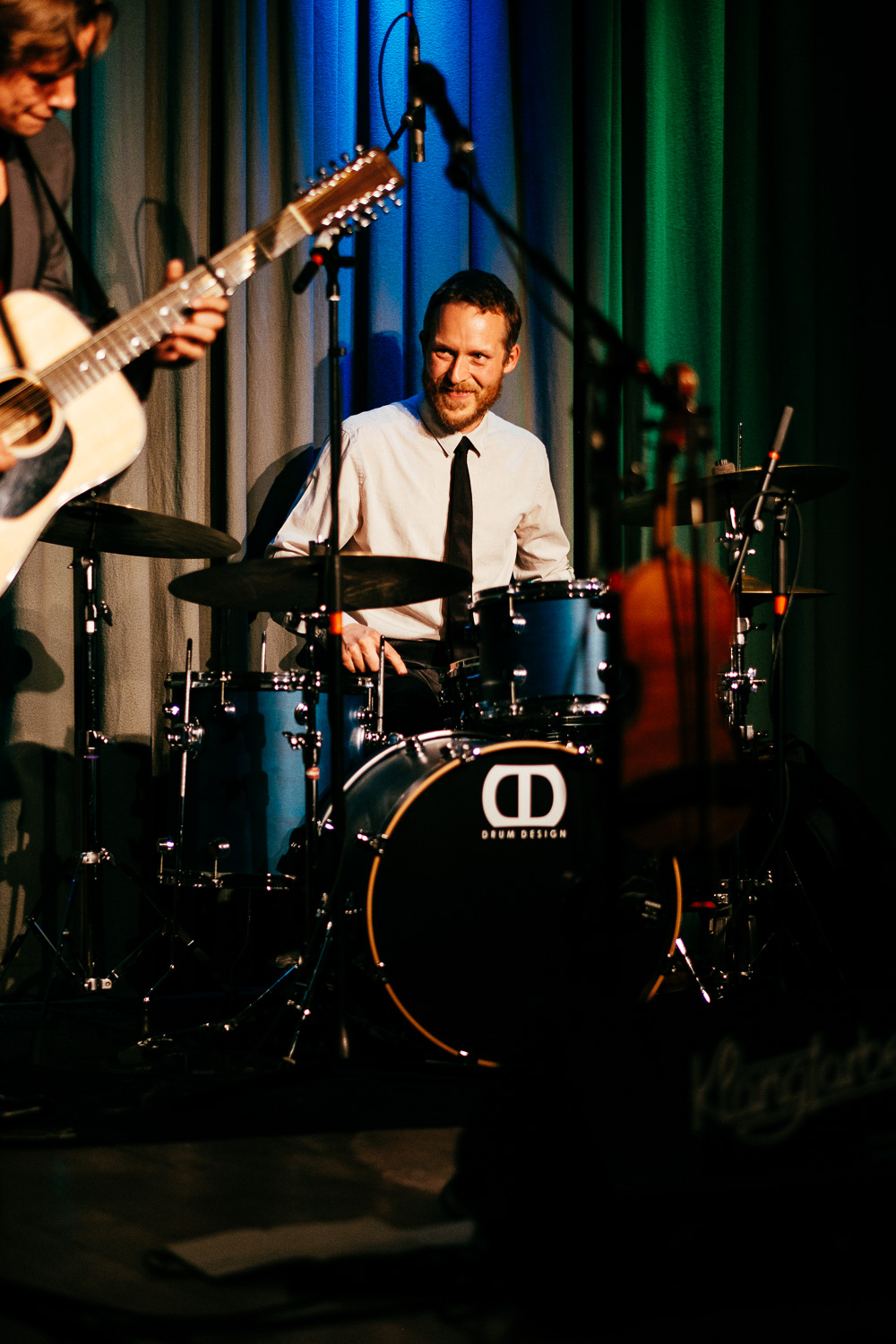 The band was great. They are from Denmark. The Helene Blum and Harald Hagaard quintet. Real excellent musicians and I was surprised to see them play at such a small audience. But they seemed to enjoy it and I always prefer those intimate concert over the big concert halls and stadiums.

My all time favorite is still a concert from the dutch band the Nits on the 26th of April 2012 in Vienna. They had one big hit in the 80s by accident but they are not a very commercial band at all. It was a fantastic evening. My wife bought gave my the tickets as a birthday present. It was the greatest gift of all times because I would have missed them for sure.

But back from the Netherlands to Denmark. A great band and while I focused on to enjoy the event I took some images because I don’t have one single image from the fantastic Nits concert and I didn’t want to have that again. But most of all I wanted to try out one of the best low light cameras, the Fuji X Pro-2, with one of the best portrait lenses. 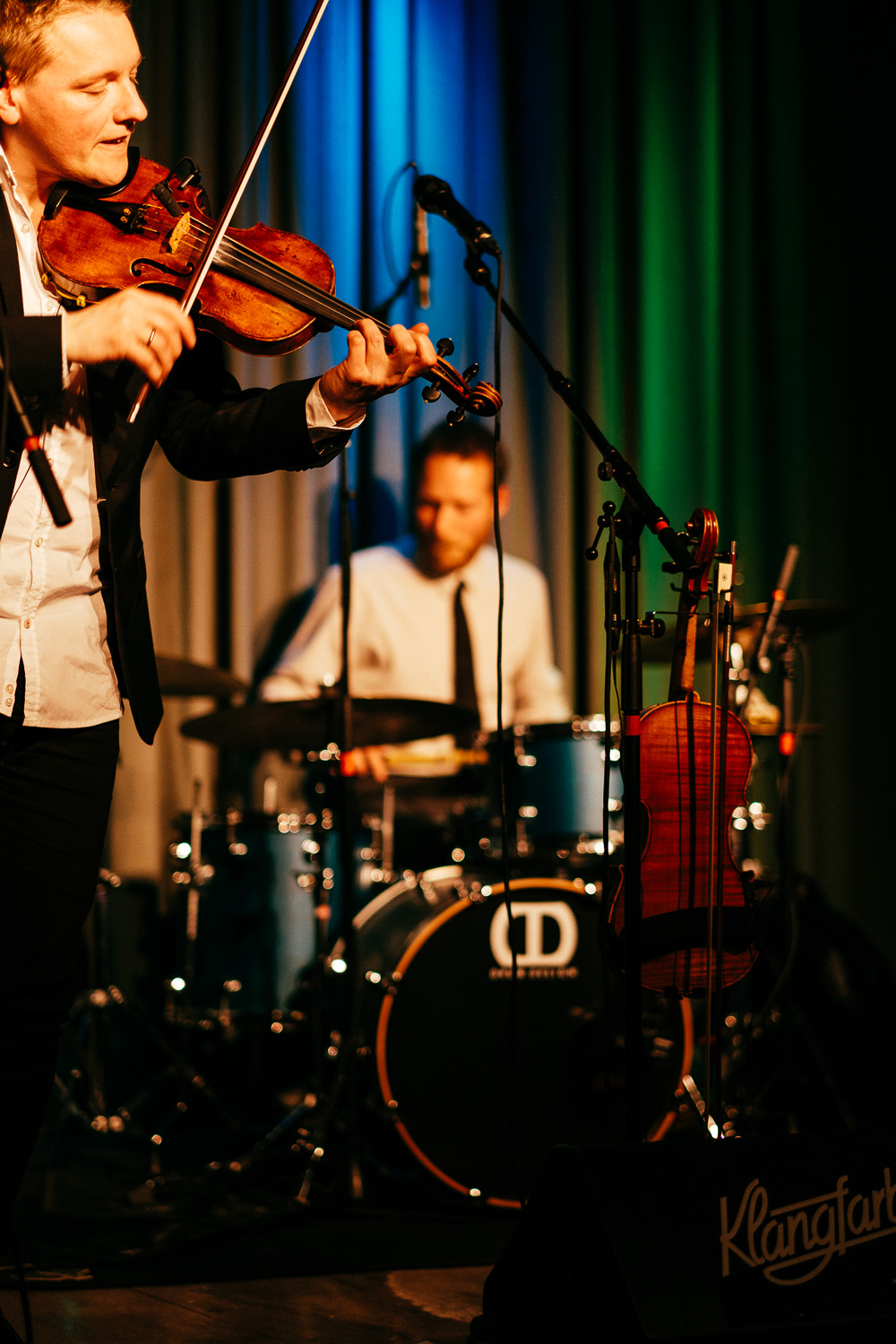 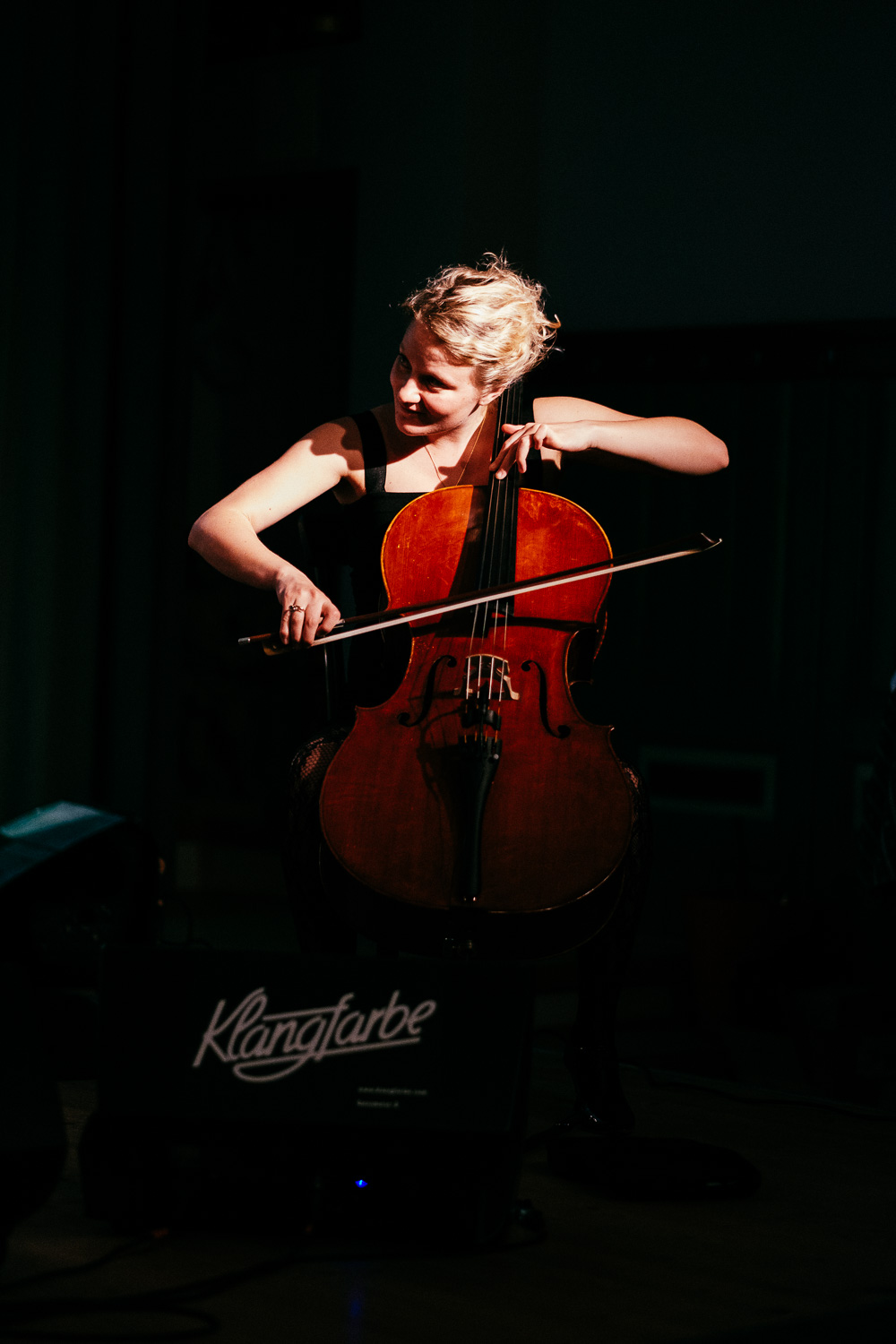 So how was it? Honestly it was a test. The XF 56/1.2 R is a fantastic lens but it is not a fast focuser. With Fuji cameras it is the same. Great cameras but fast AF in low light is not their strong suit. So I didn’t expect a lot or better I expected a lot of hunting.

I was wrong. The combo performed flawless. Of course the stage light was strong and there was enough contrast but I didn’t expect that kind of performance. I’m shooting Fuji since the X100 first came out. I shot the X100 before its first firmware update. It was the same with the X Pro-1. The last two years I shot the X-T1 but this was still completely different. Fuji really managed to transfer the whole experience. The X Pro-2 feels fast. Fast AF without hunting, very little shutter lag, fast frame rate and fast shot to shot performance.

It is still no Canon 1DX or Nikon D4 but it seems that it went to the gym with them a couple of times. All sluggishness is gone. Perfect!

What about high ISO? There are not many high ISO shots in this blog post because I shot at f1.2 all the time. With such a fast aperture you can shoot at much lower ISO levels. If you use a pro DSLR with a 70-200/2.8 zoom you have to shoot at an ISO setting that is more than 2 stops higher, i.e. ISO 6.400 instead of ISO 1.250! If you don’t need the flexibility of a zoom this little setup performs as good or better than a full frame DSLR with a fast tele zoom while maintaining a low profile.

Regarding mirror less I was an early adopter with the Sony NEX 5 in 2010. I immediately loved the format even though it meant a compromise in many other areas. In 2016 those cameras are still smaller than DSLRs but they offer excellent viewfinders, fast AF, fast frame rates and close to zero shutter lag in short: their performance is practicably the same in real live but you will take them with you more often and that makes all the difference! 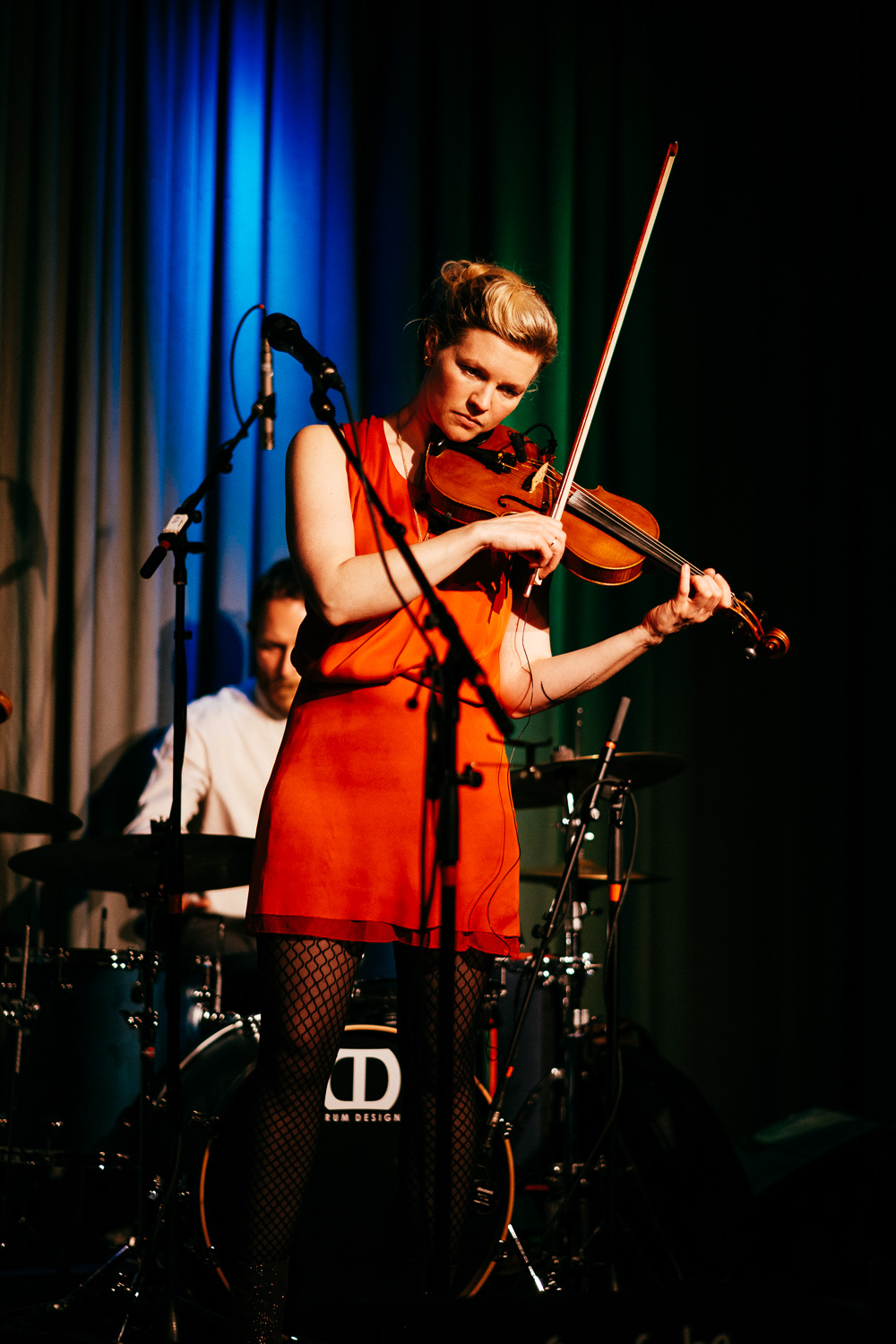