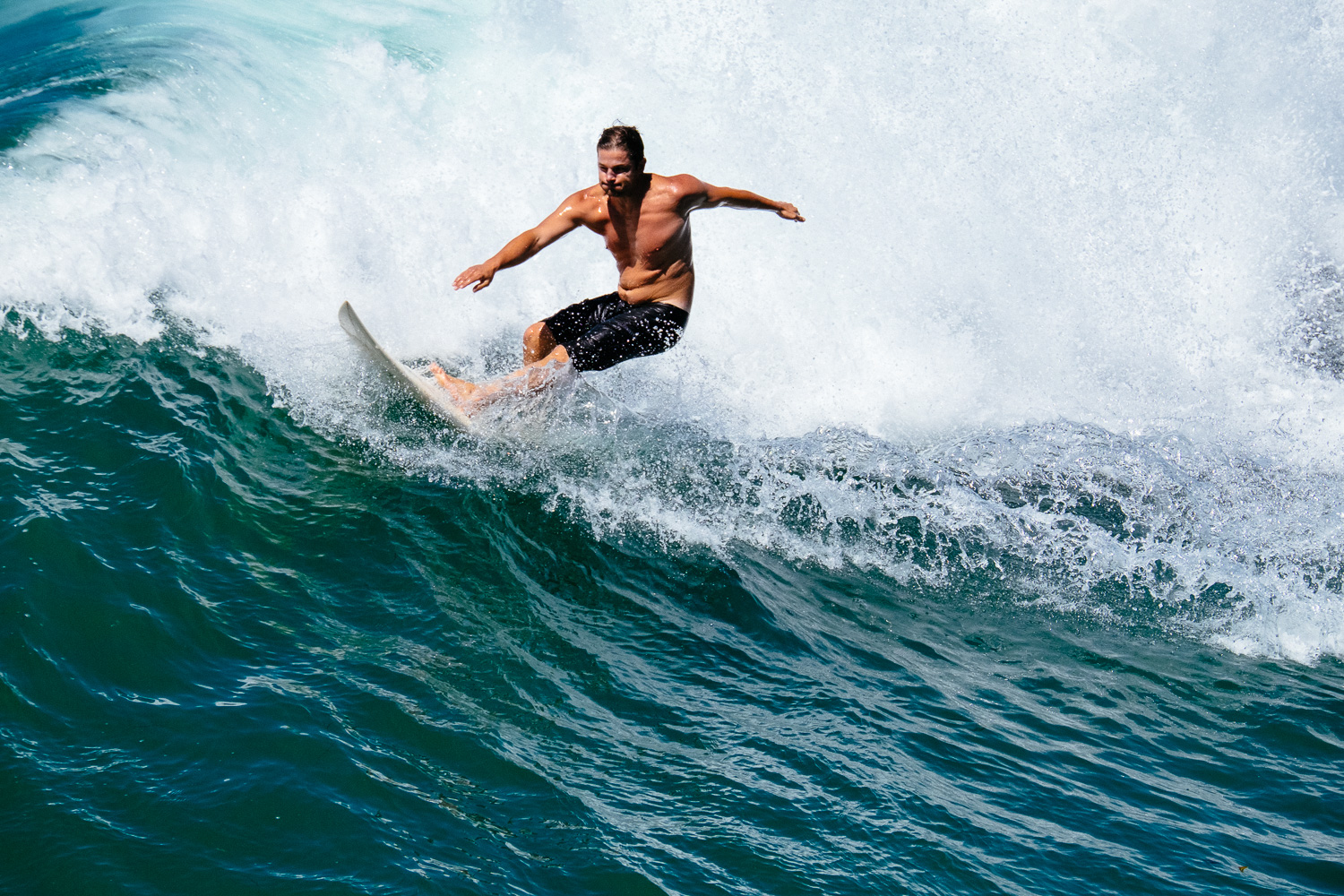 Since I got my first Fuji, the wonderful Fuji X100, I fell in love with the ergonomics and design of Fuji’s X cameras. They are no action heroes though.

But the Fuji X-T1 I got just prior to this trip is a big step in the right direction. It is still no speed demon but thanks to its 8 frames per second I managed to get some nice shots of surfers even with the probably slowest focusing lens on earth: the el cheapo Fuji XC 50-230 OIS. 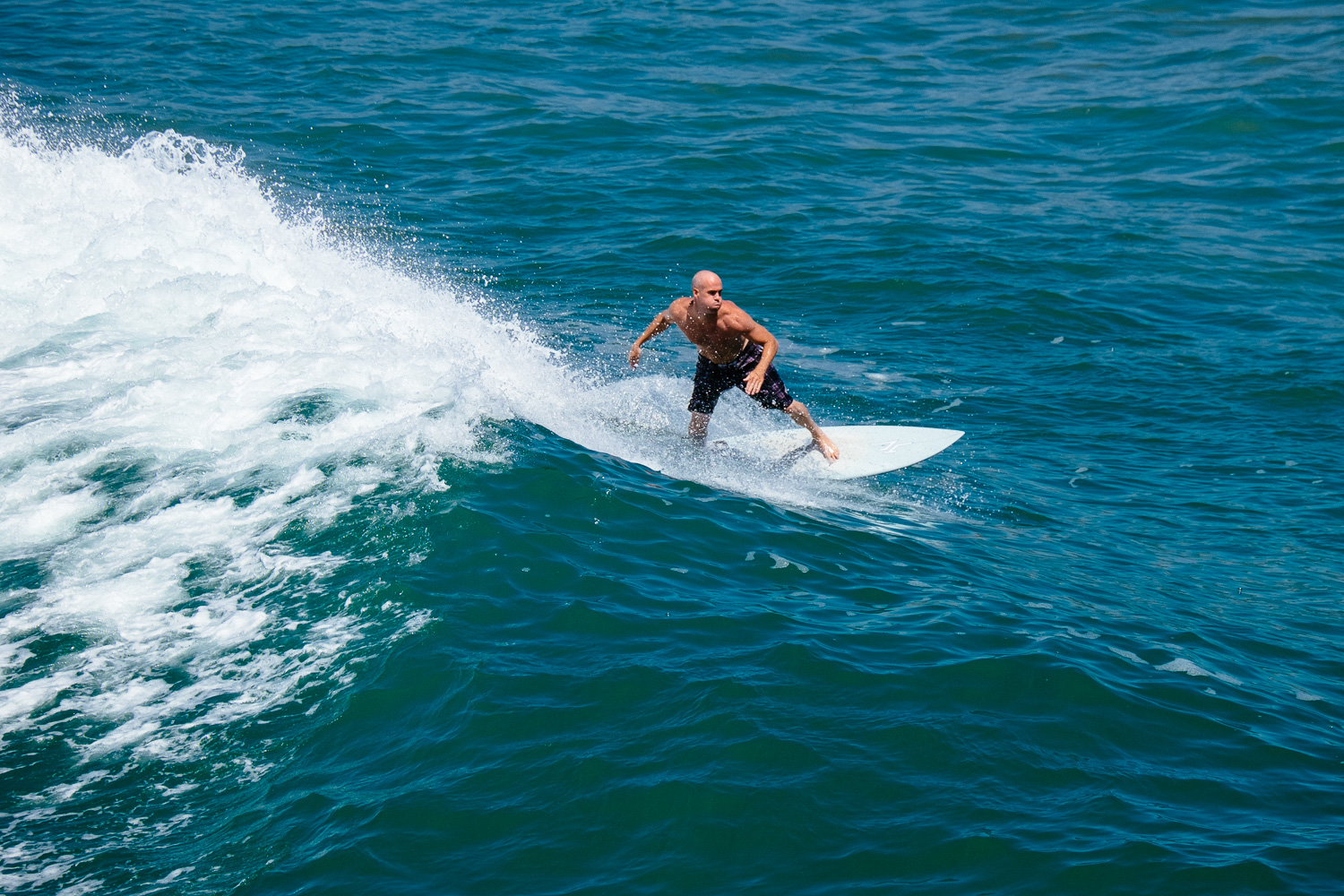 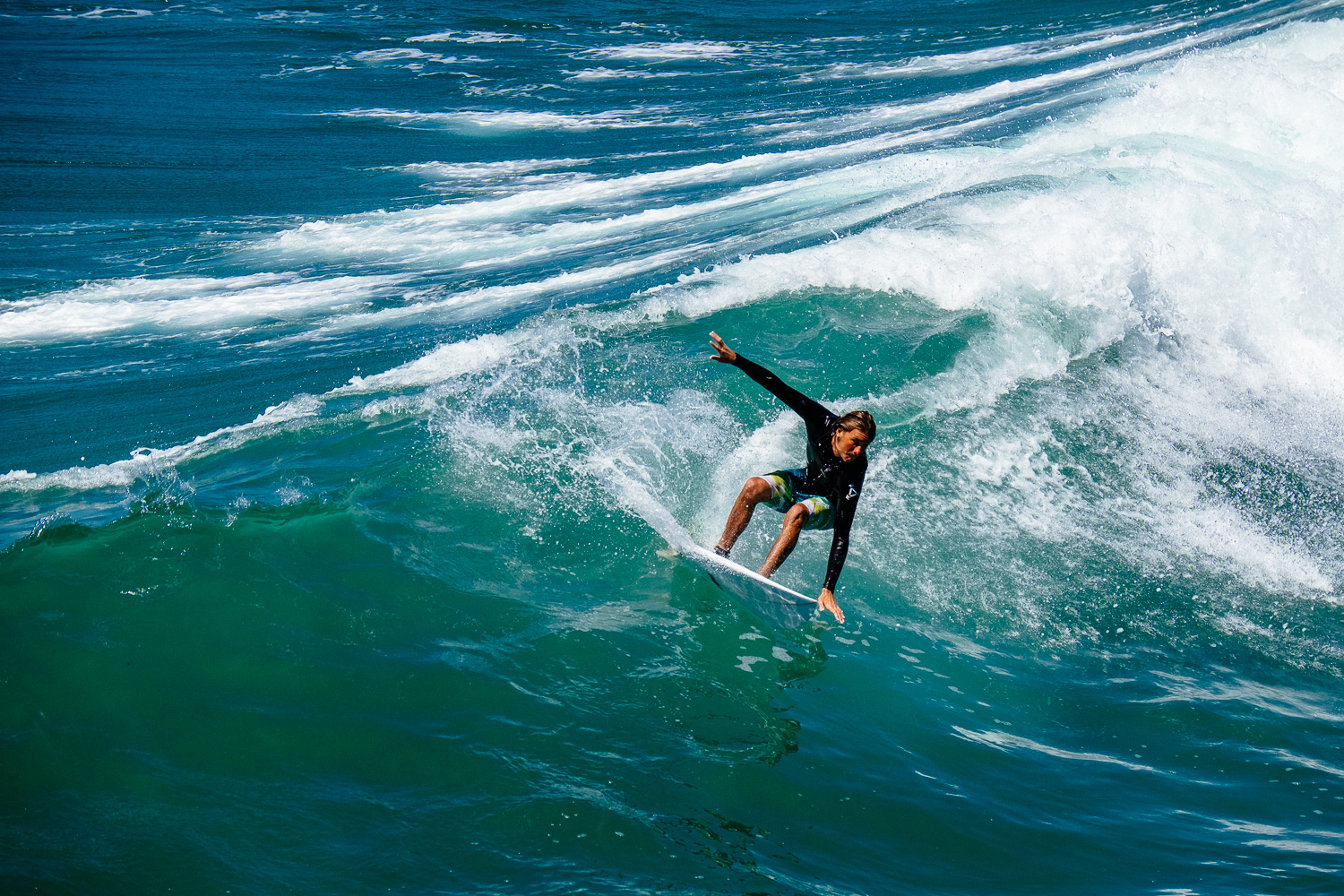 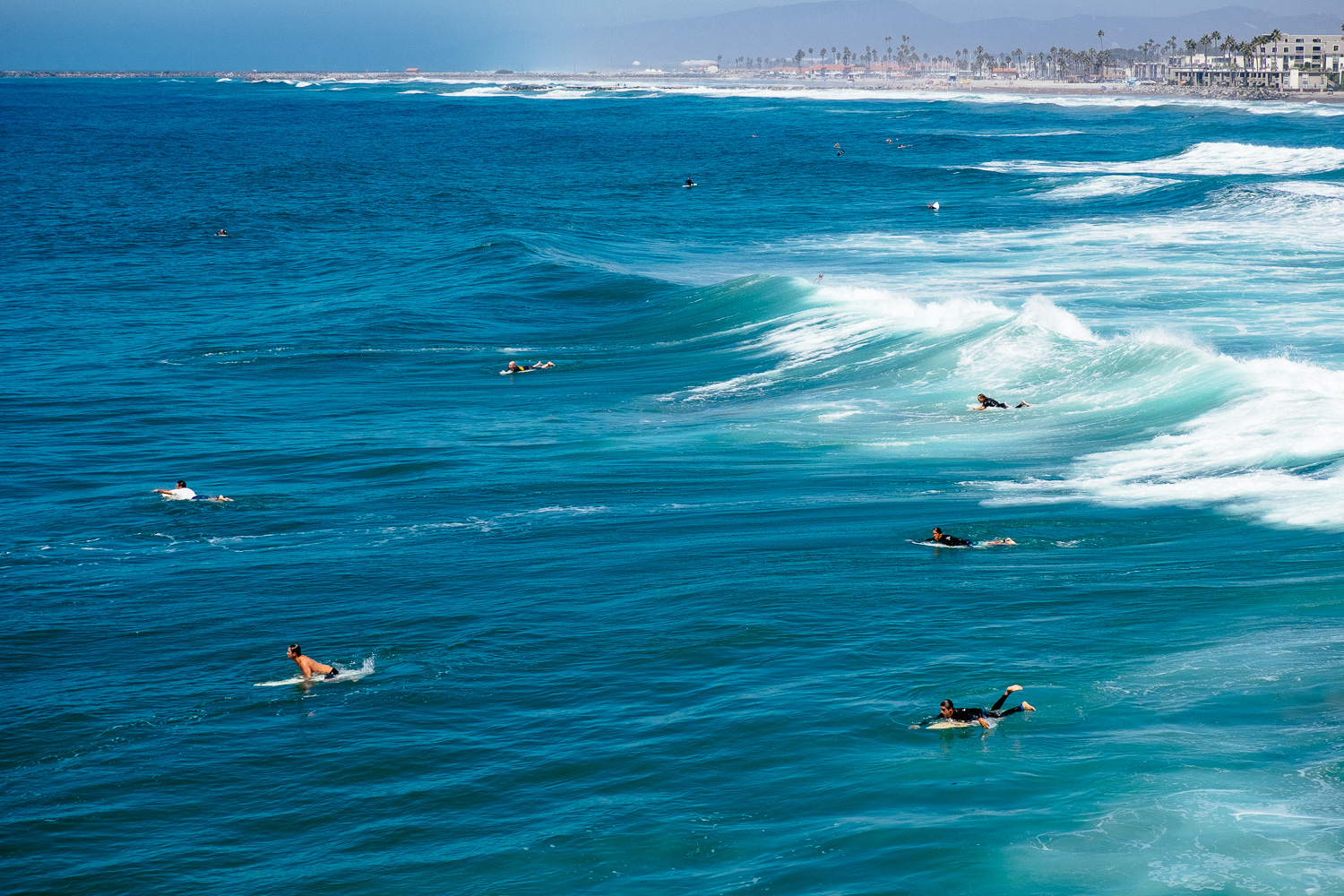 I started with the tele zoom on my X-Pro 1 simply because the lens was already attached to it. Soon I realized that I should put it on the much faster X-T1. And that made a lot of a difference. Now the lens was focusing fast enough to track the surfers. Since there was plenty of light I stopped down the lens a little to gain sharpness and to reduce the risk of out of focus shots. I also put the shutter speed to 1/2000s to stop all motion including the water drops of the waves.

It worked really fine. The only thing I haven’t upgraded before the trip was the SD card. It was not the fastest one so I waited some time after each burst before the camera was ready to take images again.

Using such a small camera and lens to shoot sport felt strange but the surfers where rather close to the boardwalk so I got a couple of good action shots. In the past I traveled with very heavy and serious camera gear. Today that is no longer necessary, you can get great results with small system cameras. A lightweight travel camera like the Fuji X-T1 and a cheap and small tele zoom is all it takes to get the shot. 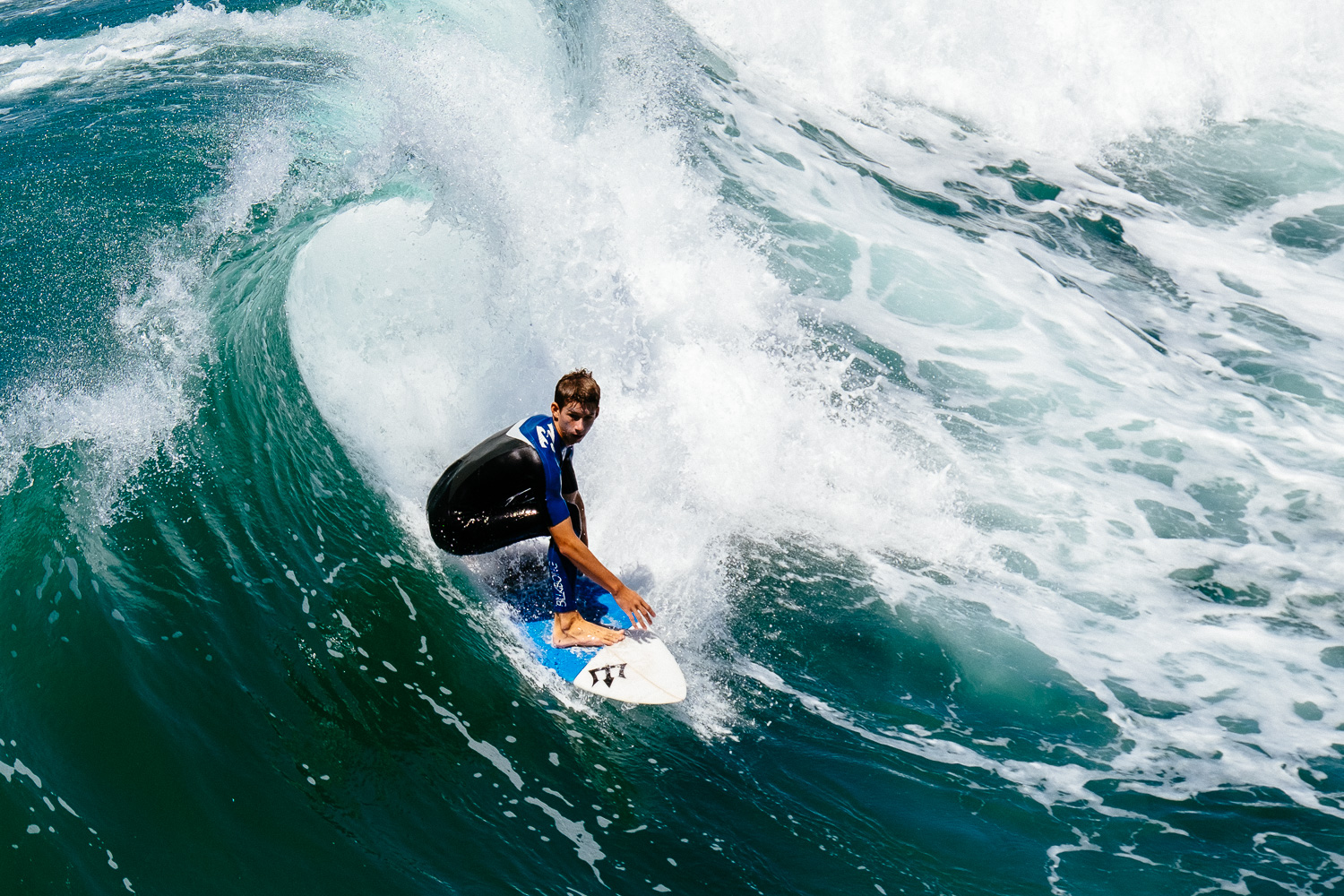 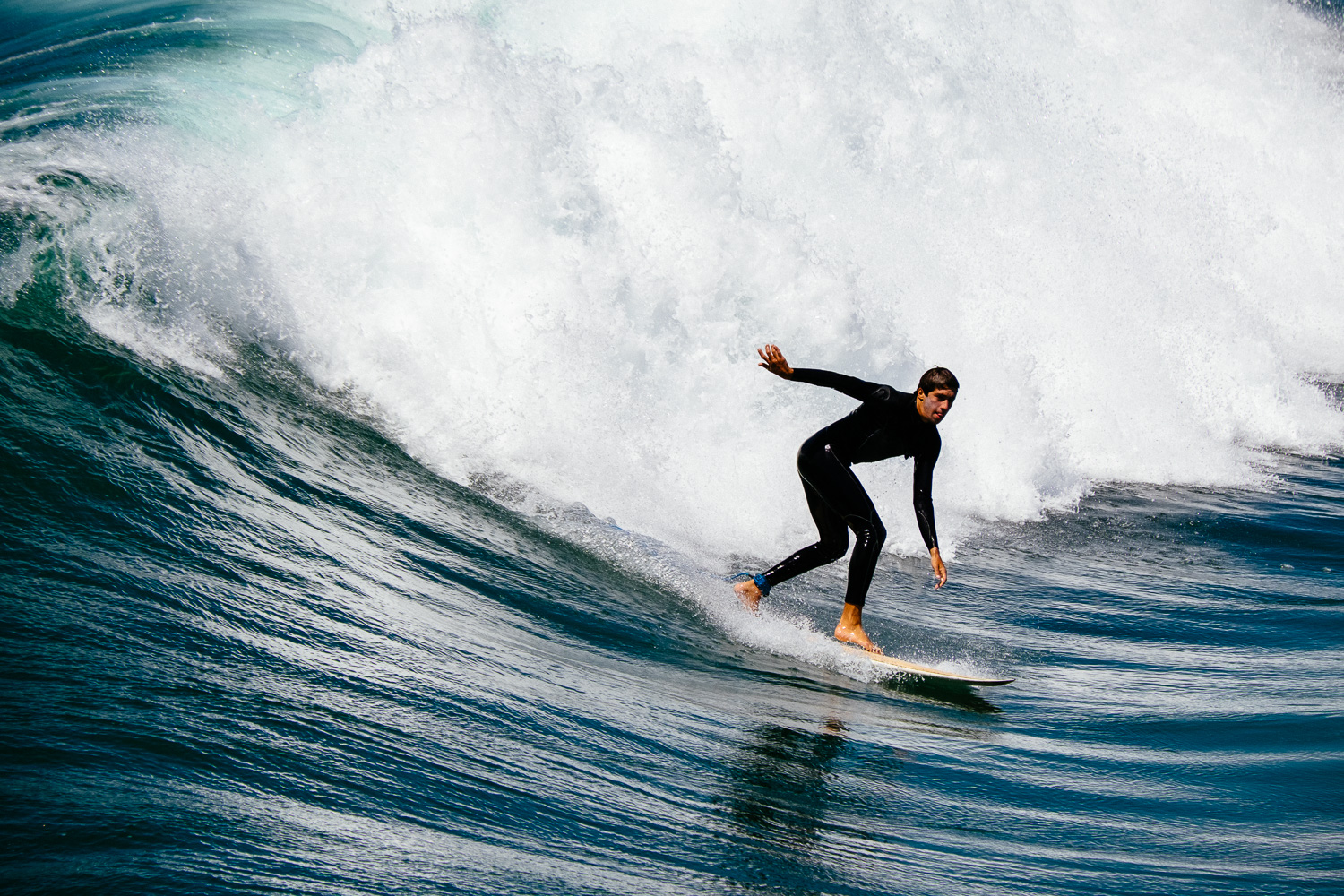 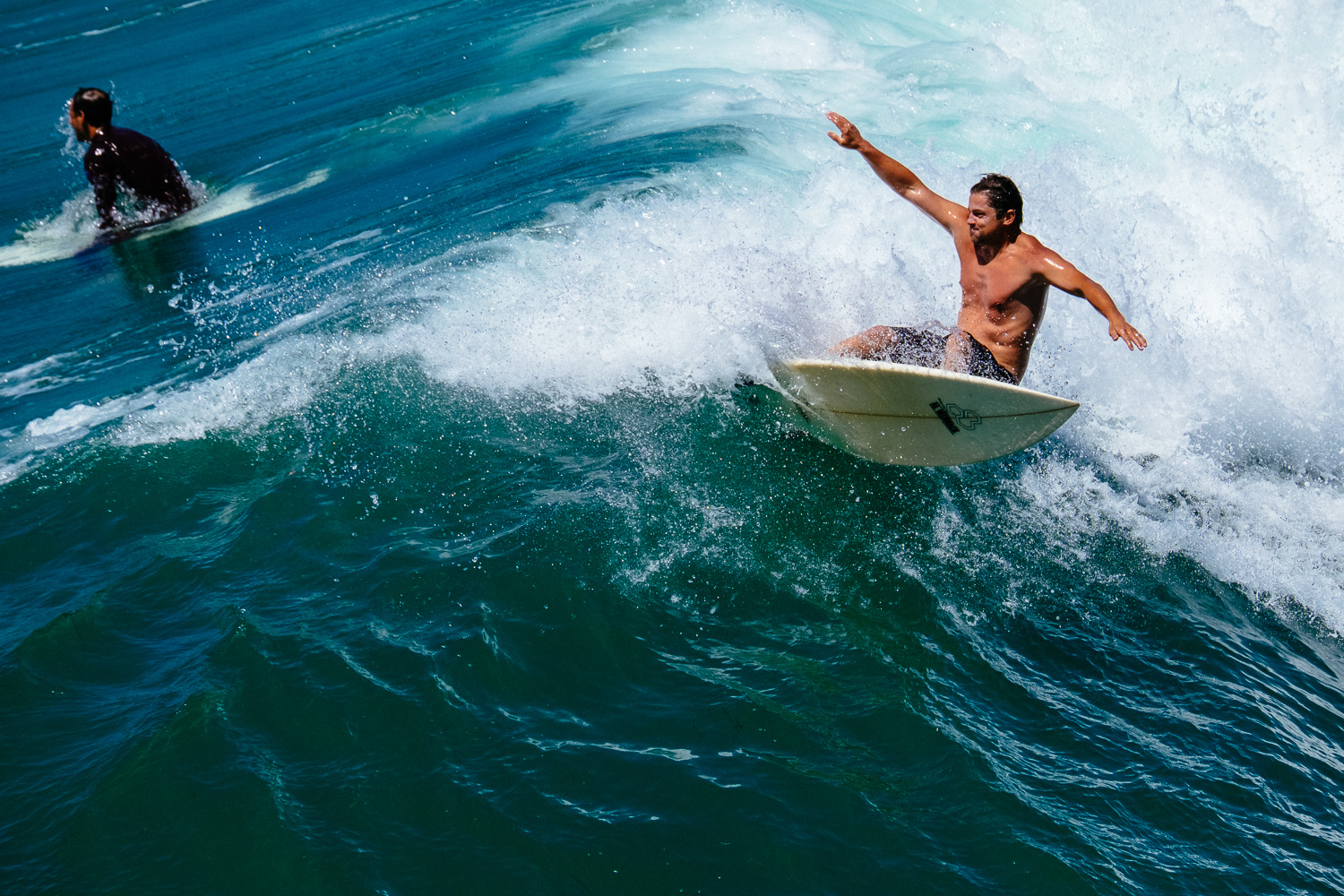 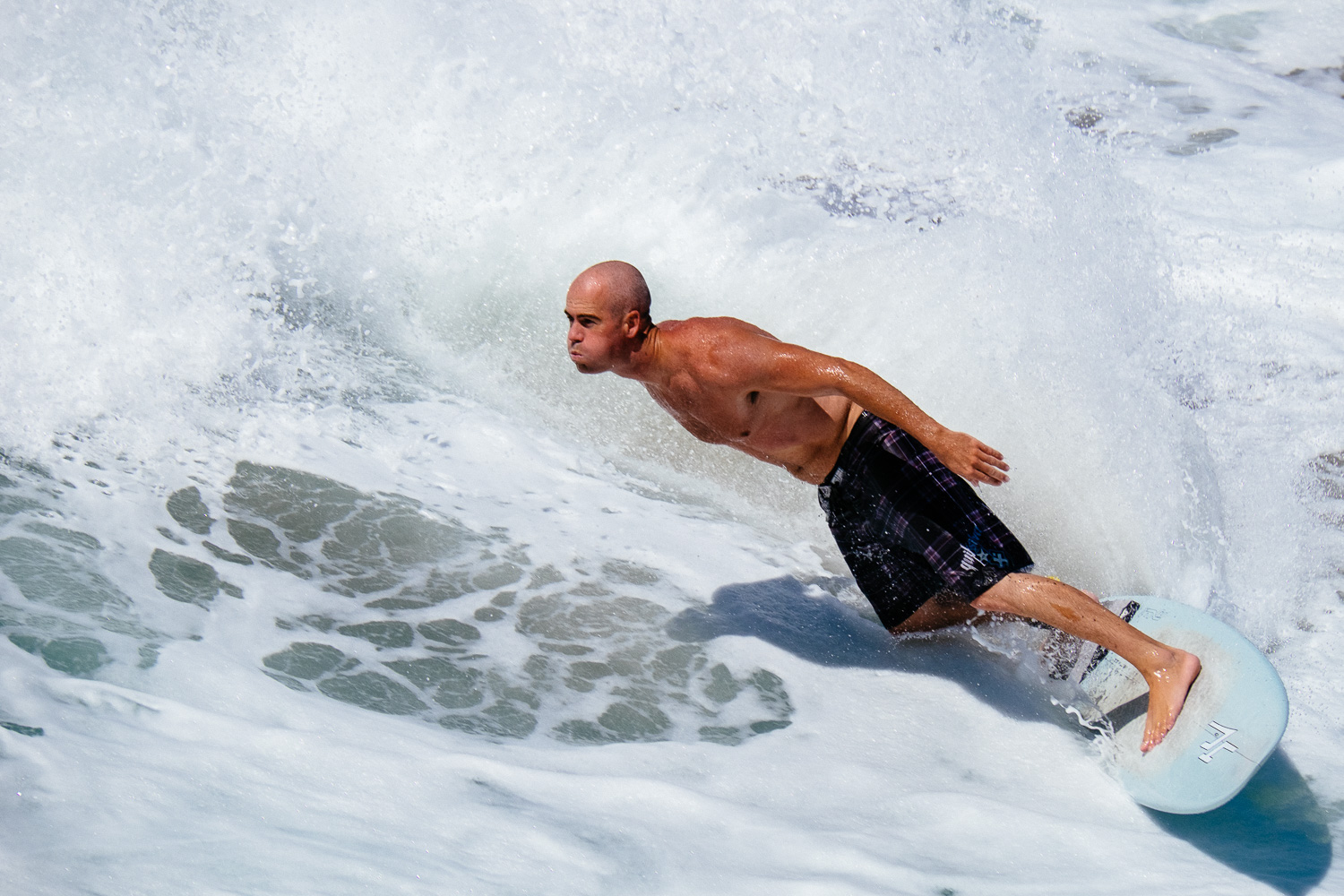 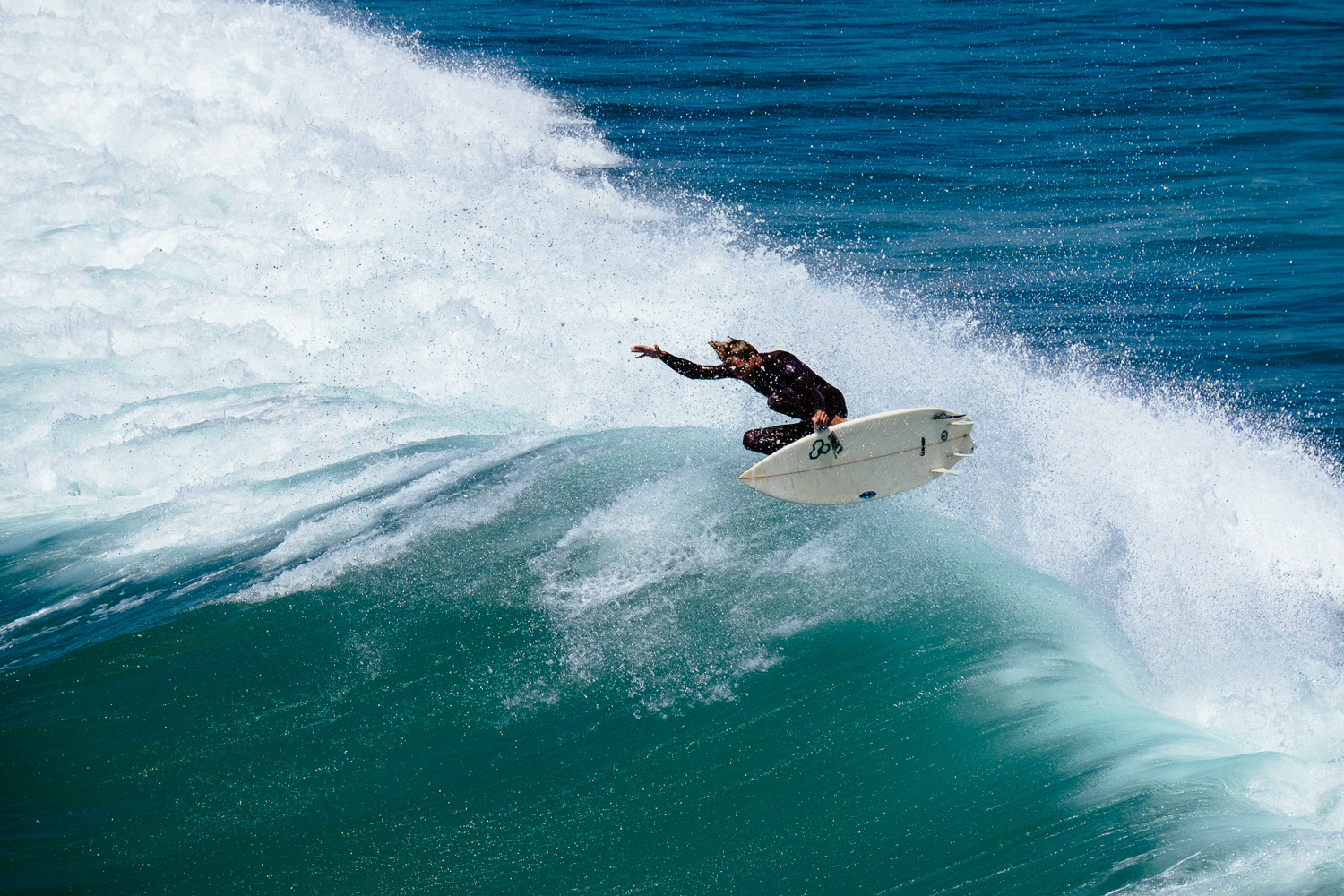 I really enjoyed the fact to be able to shoot action with a small travel camera.

Regarding Fuji I was an early adopter. I bought the X100 when it came out and a year later the X-Pro 1. Both hardly what you call a sport camera. They were slow to operate and AF especially in low light was pathetic. Firmware updates improved the situation but compared to a DSLR they remained slow. The X-T1 improved a lot regarding AF and even more important for action it offers a super fast 8 frames per second. That’s a lot of frames to choose from to get the best shots of the burst.

This day in Oceanside was the first day when I thought about selling my DSLR and it’s heavy lenses and go all mirrorless. Not only for traveling but for general shooting. It’s getting harder to ignore all the expensive gear that sits in the locker most of the time while I happily shoot with a small and light camera without scarifying quality. Even the cheapest tele zoom from Fuji is good enough as long as there is enough light. I just wish the would make a 70-300. 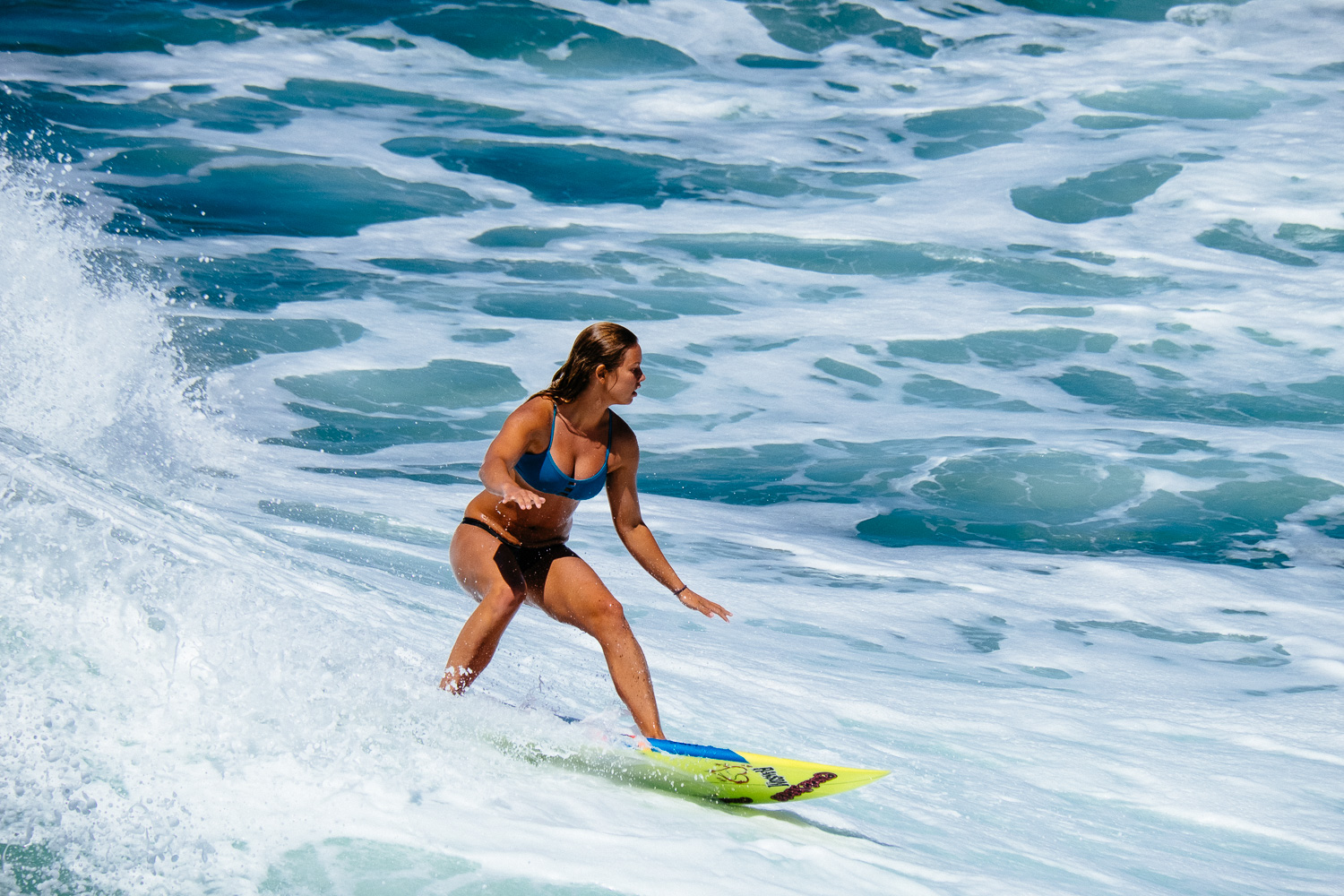 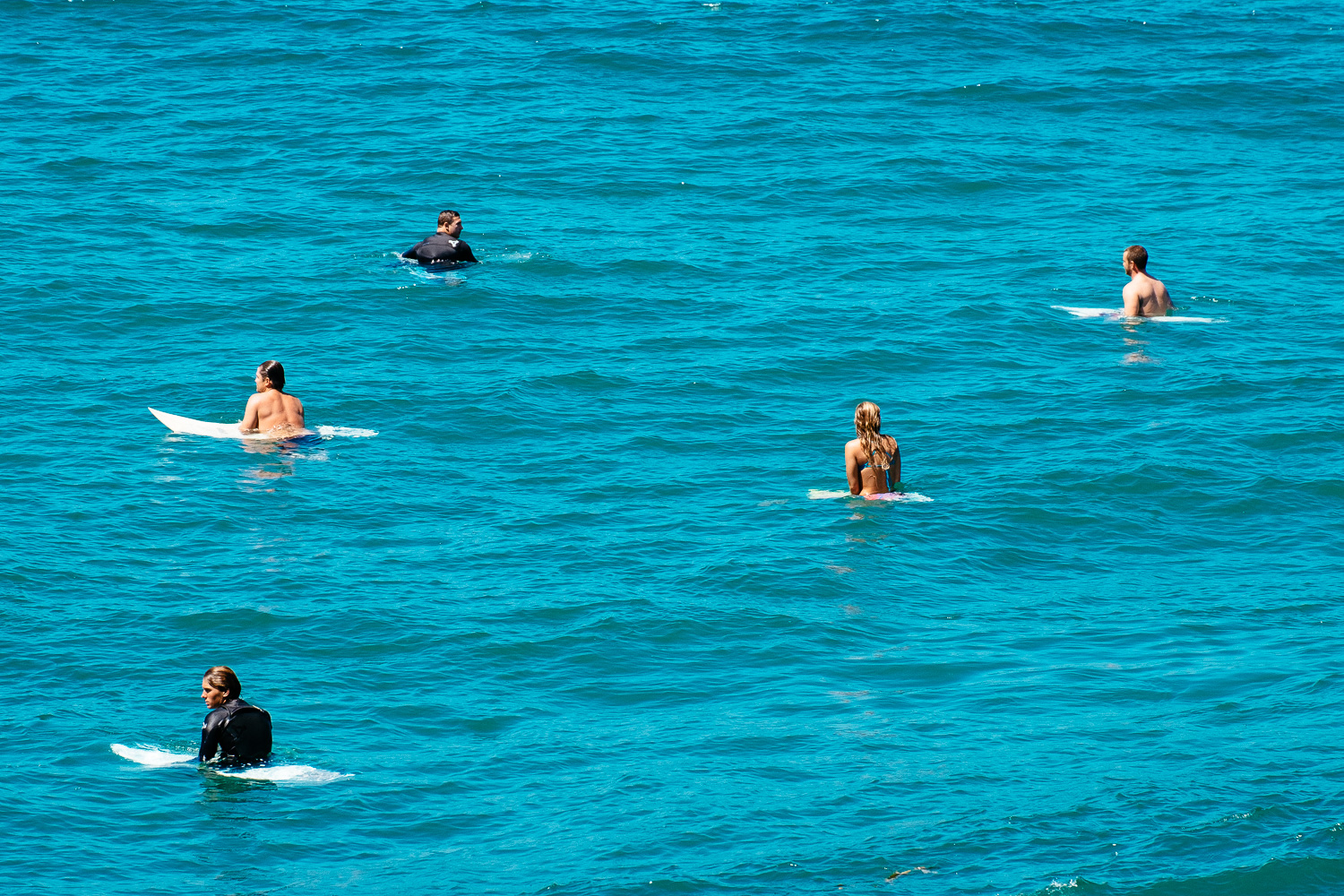 And we should. It was never as easy as today to travel light and come home with great images. 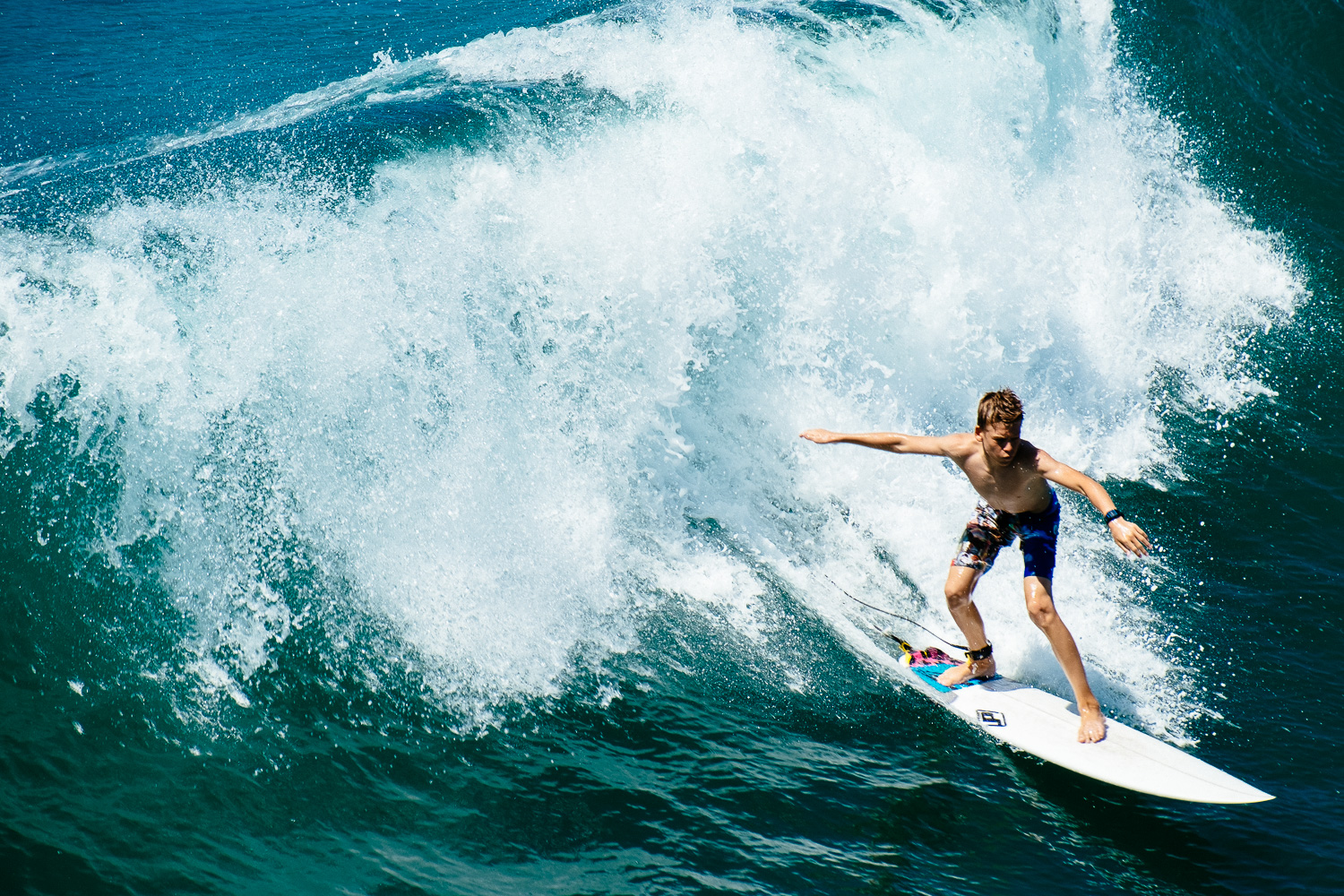