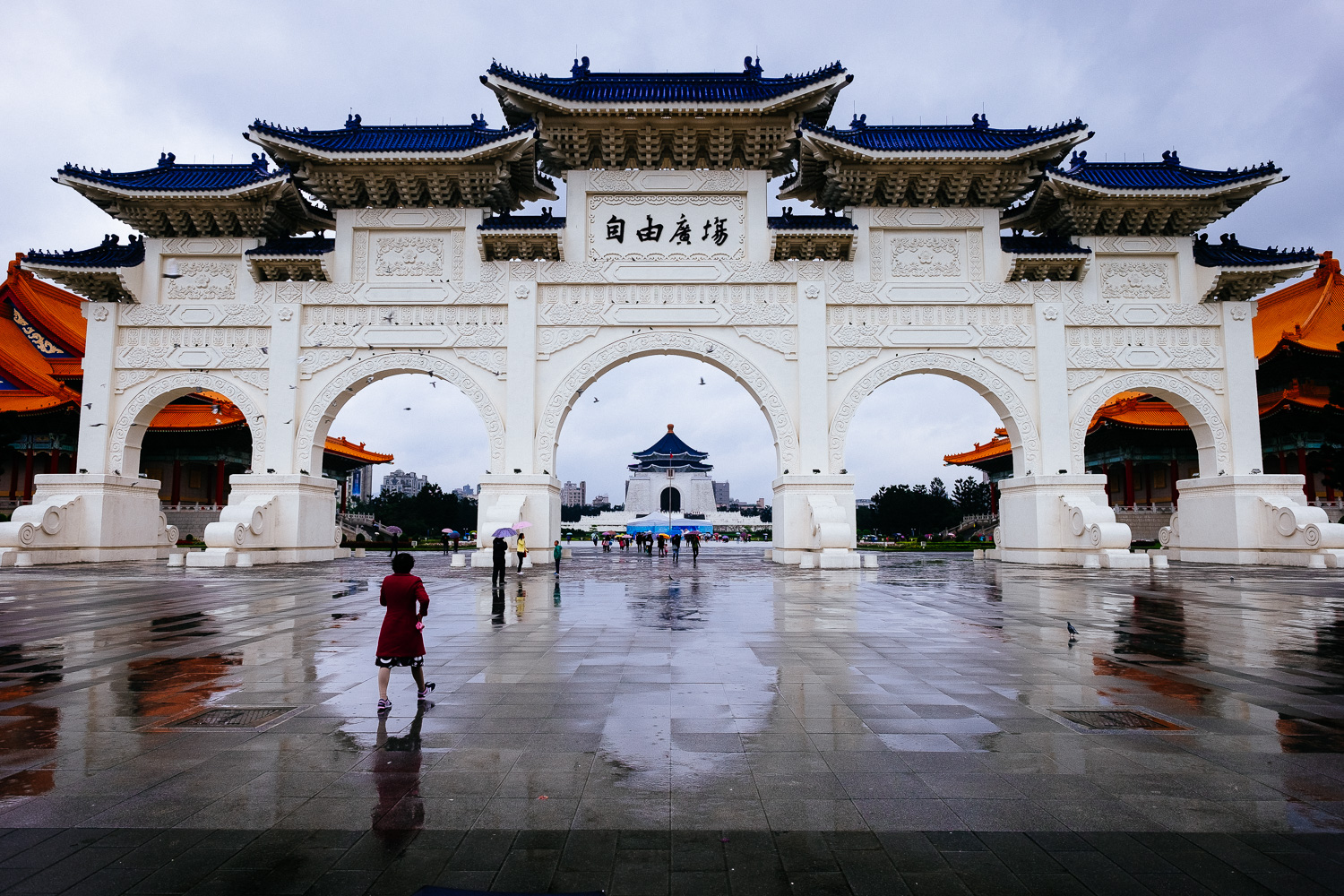 This is my favorite shot from my last business trip to Asia. It was taken on a cold and rainy day in Taipei.

I was traveling in Asia for three weeks but most of the shots were taken on two days. On a sunny Sunday in Hong Kong and on a rainy Saturday in Taipei. It was my first visit to Taiwan and I was looking forward to have one full day just for sightseeing. But the weather forecast was not good and unfortunately it was right. It was cold and windy and it rained all day. But you must not cry over something that you can’t change. Poor weather – good pictures!

Back to the picture. Here I want to describe how I took it. It was not as straightforward as you might think.

Here is my checklist for a good travel picture: 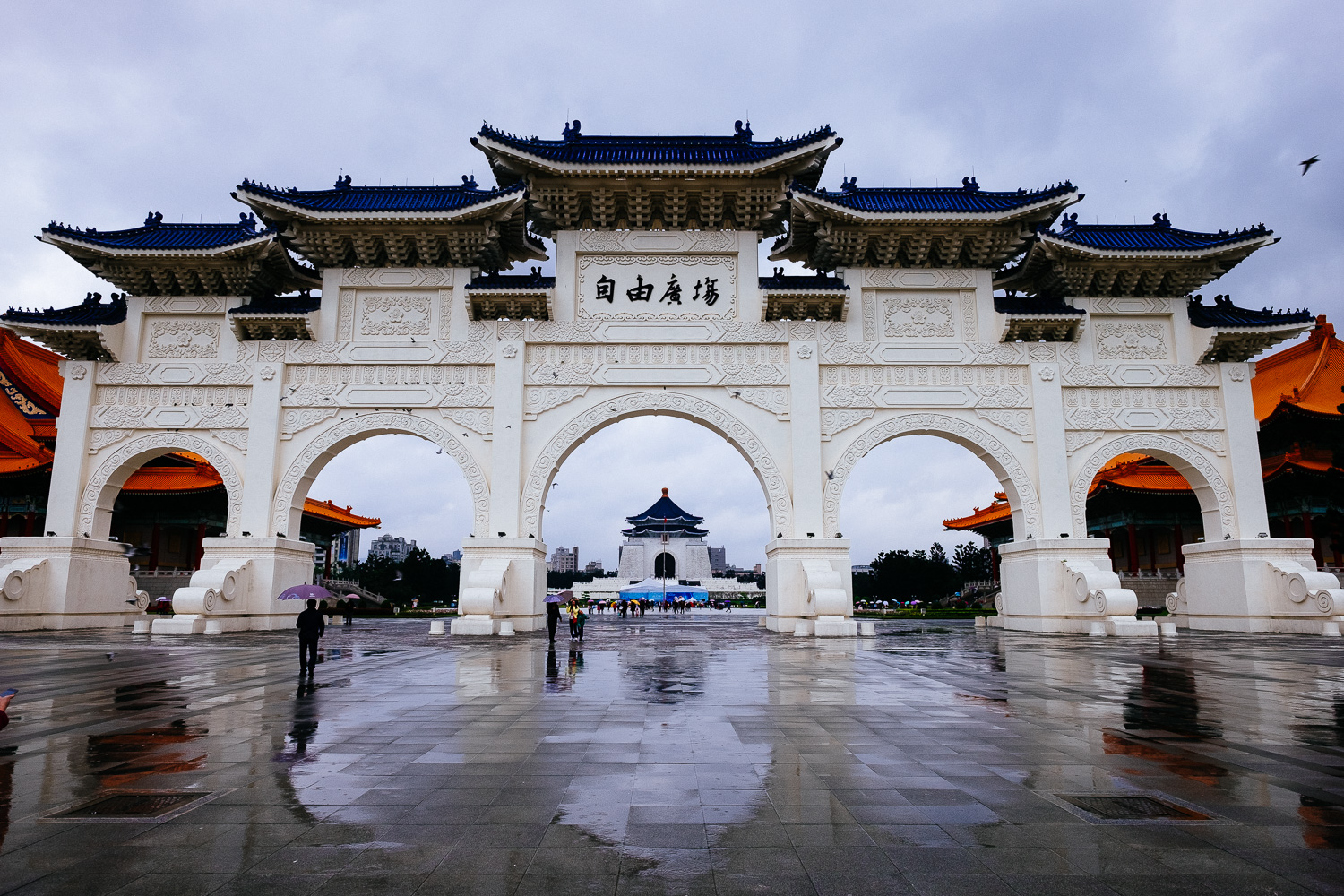 This was the first shot I took. It’s OK but there are a couple of issues. First: I tilted the camera too much and as a consequence the building is falling backwards. I also had problems to fit the whole building in the frame because I was not able to step back as there was a barrier right behind me. In the next shot I literally bend over backwards to get more into the frame. Not so good for my old back. 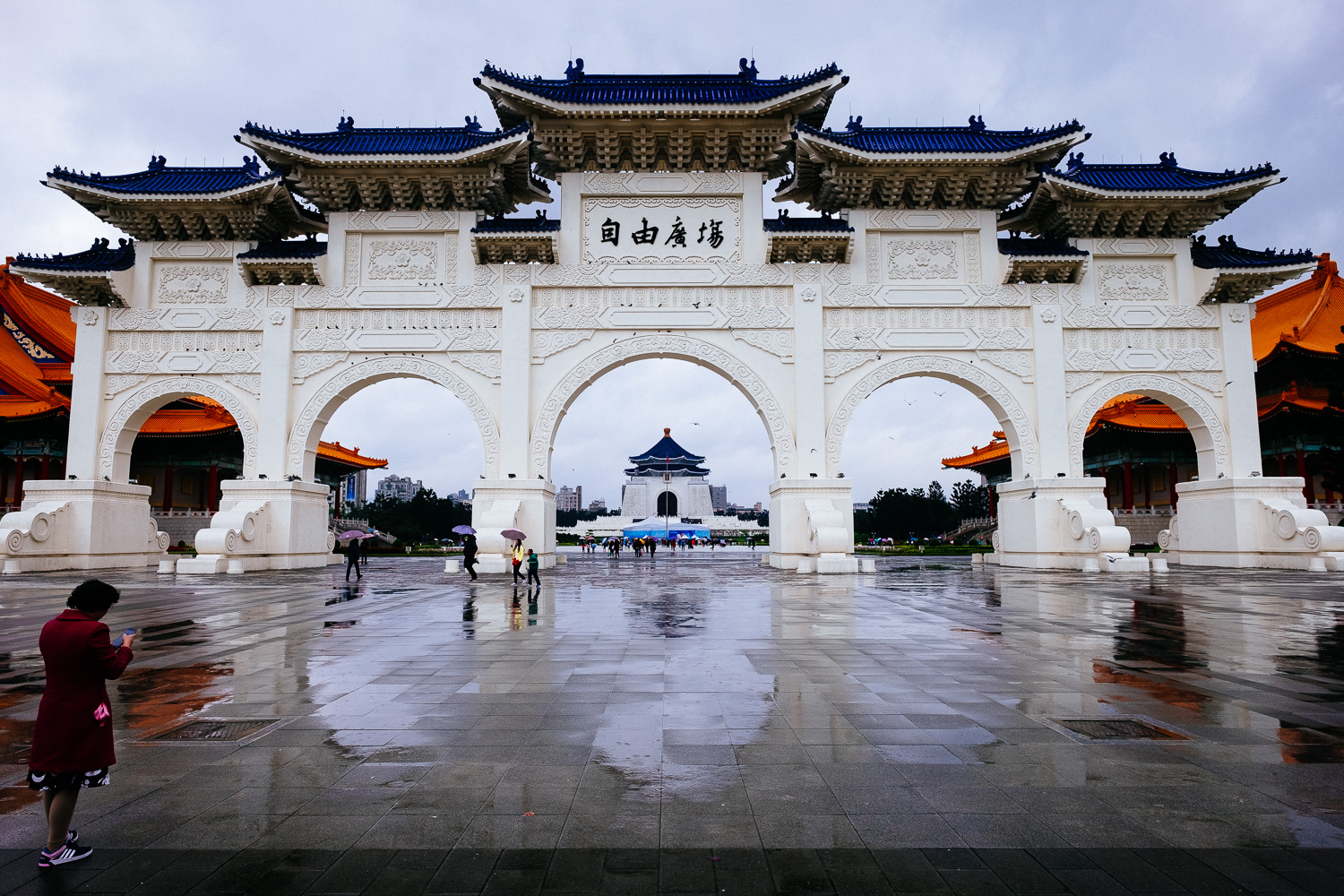 I tried to shoot as straight as possible to avoid that the building falls backwards but it was not possible to shoot completely straight without cutting of parts of its roof. It looks so much nicer than before. The roof comes closer to the edge of the frame but there are still some falling lines. The good thing is that both emphasizes the size of the gate. There is this lady in the red coat playing with her smartphone. The red coat is perfect but the sneakers and especially the smartphone are not so hot.

But I saw the potential. If she would walk into the frame she could become the “icing on the cake” in my picture so I decided to wait a little. 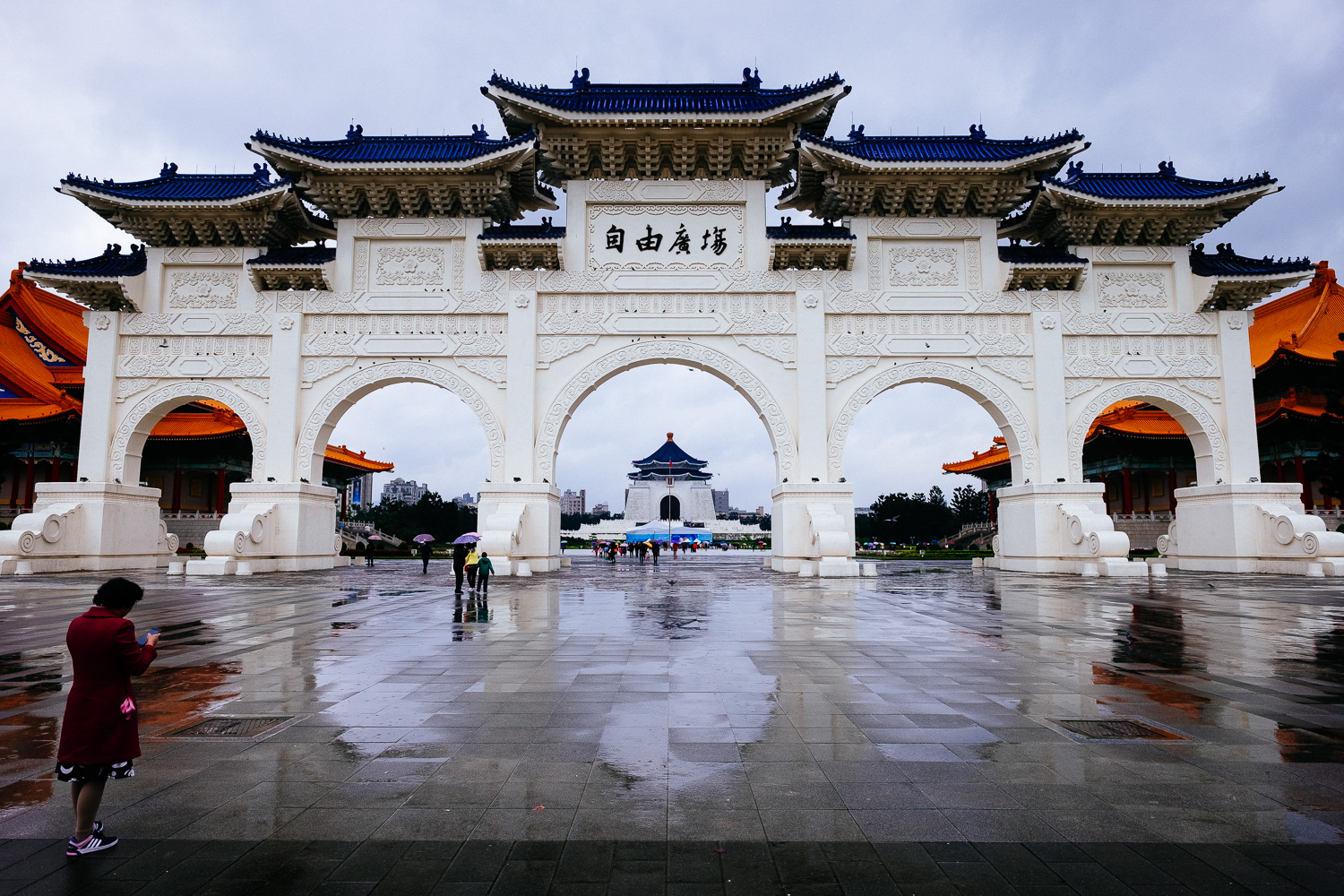 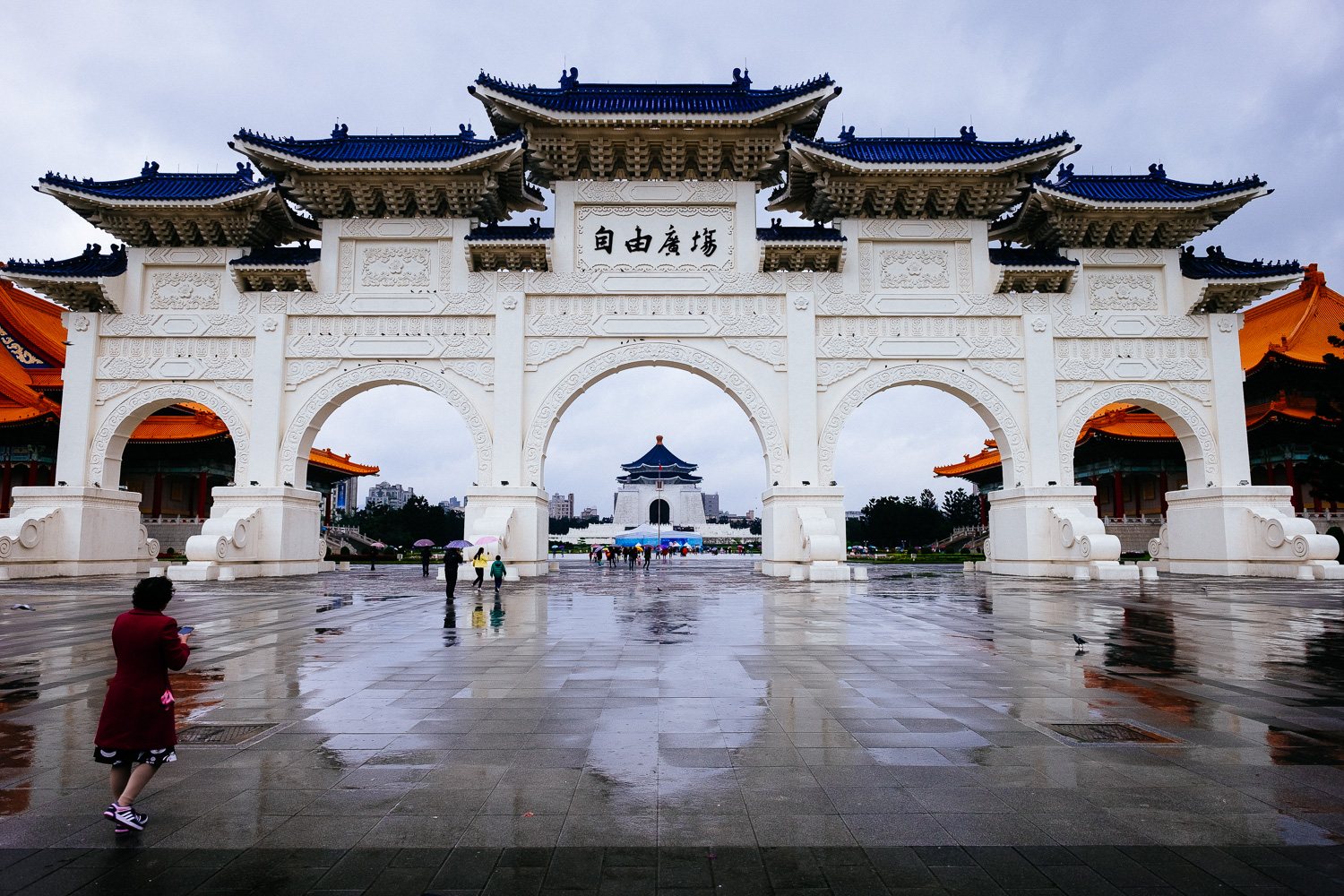 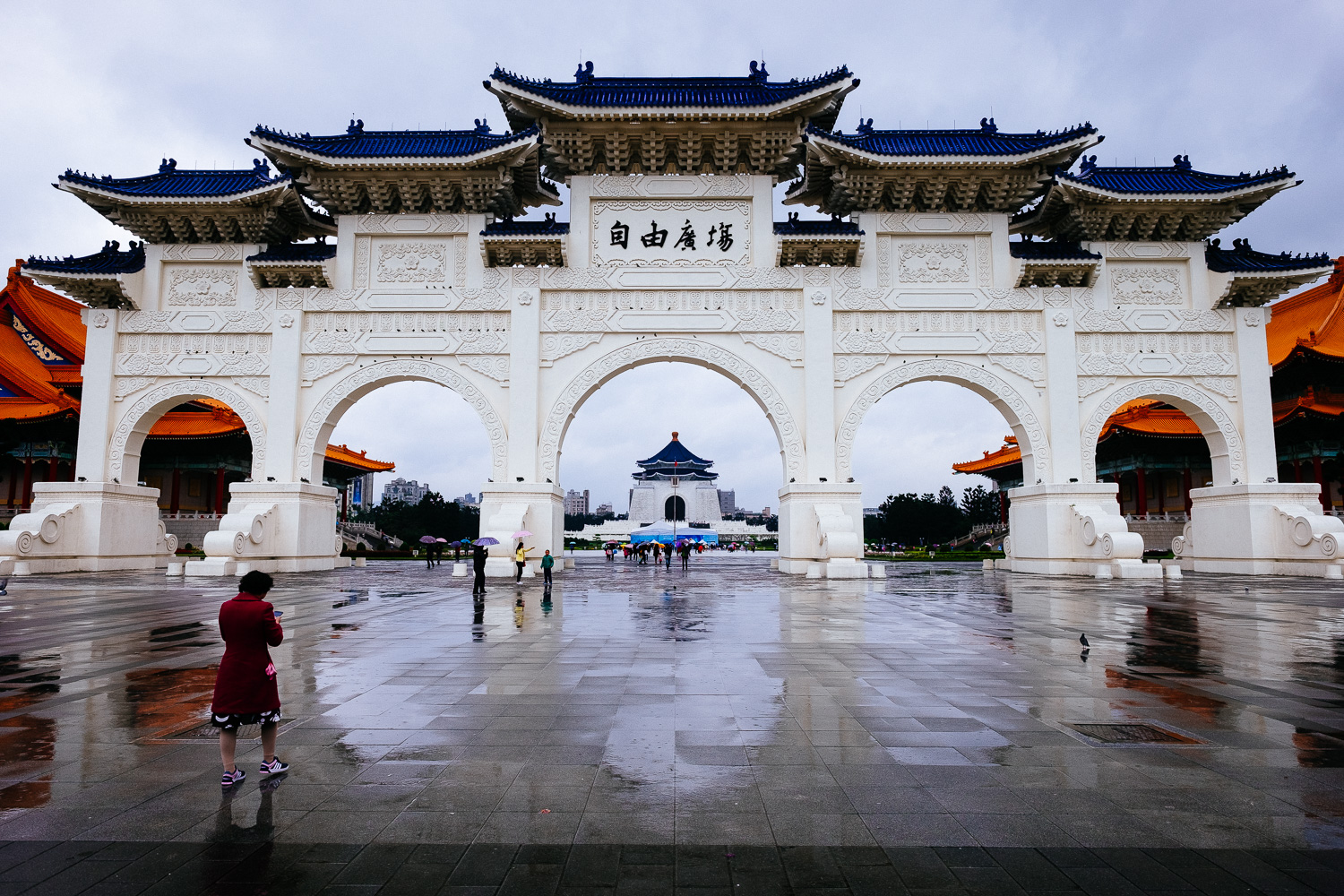 When she finally started to walk into the frame my eyes were glued on the viewfinder. She was still playing with her smartphone though. I hate those things. They clearly show if a picture was taken before or after 2010. I don’t like that. I love if I have no idea if the picture was taken yesterday or 50 years ago. The final shot has that quality. Without the smartphone and without any cars there is no way to tell how old this photo is. Of course only if you delete its EXIF data.

Bang! This is the final shot. She walked further into the frame and finally took her smartphone away. Now everything fits together. Her position in the frame is almost perfect.  The red coat really works. She is small in the frame now but her posture is perfect. The bent arm as she takes her phone away plus the fact that she is in the middle of a big step. Her right foot is just about to touch the ground. She almost looks like a marching soldier which gives the images a communistic touch.

That’s nothing but good luck of course but sometimes good luck is the most important ingredient of a good travel shot. When I took the shot I knew already that this will be my favorite of the whole trip. I was right.

It is not perfect though. I don’t like the dark bar at the bottom of the frame caused by the darker stones. I cant crop it out because this would also cut off the head of the reflection of my lady in red. I tried to increase exposure just on this part of the image but it didn’t work. At the end I decided to leave the picture as it is. Uncropped and untouched like in the old days when I used to shoot slide film. 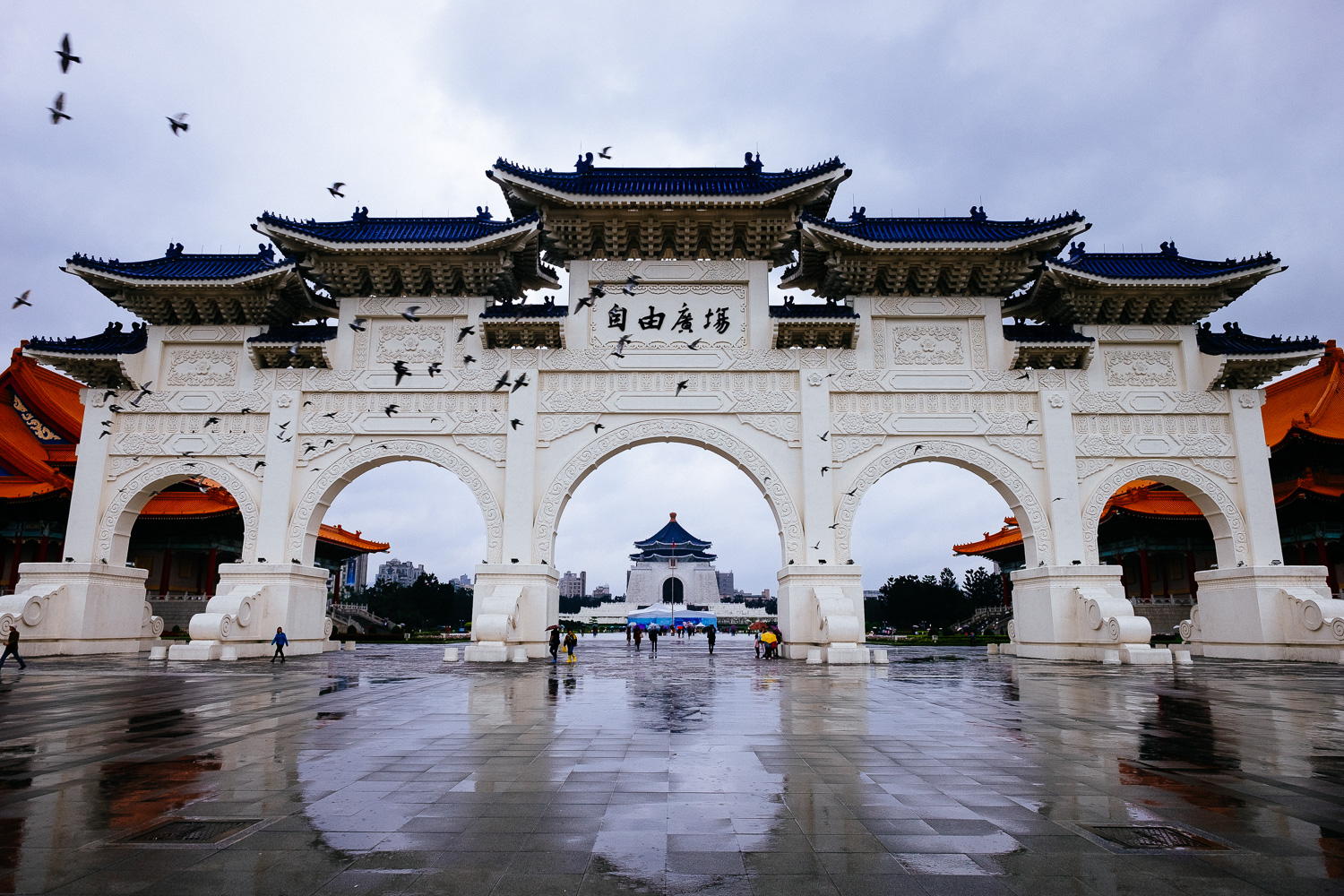 Two more shots that I like: The one above with the flying doves and the one below where I corrected the leaning lines in LR. But the last one shows that a fully corrected picture is not always the best solution. I prefer the ones where the building is leaning backwards a little bit as it emphasizes its size.

I know this is a rather long story for one shot but what I wanted to say is that sometimes it pays to wait for the right moment. If you are in a special place don’t rush just because it is cold and wet or because you want to see what is around the next corner. Good things take time. 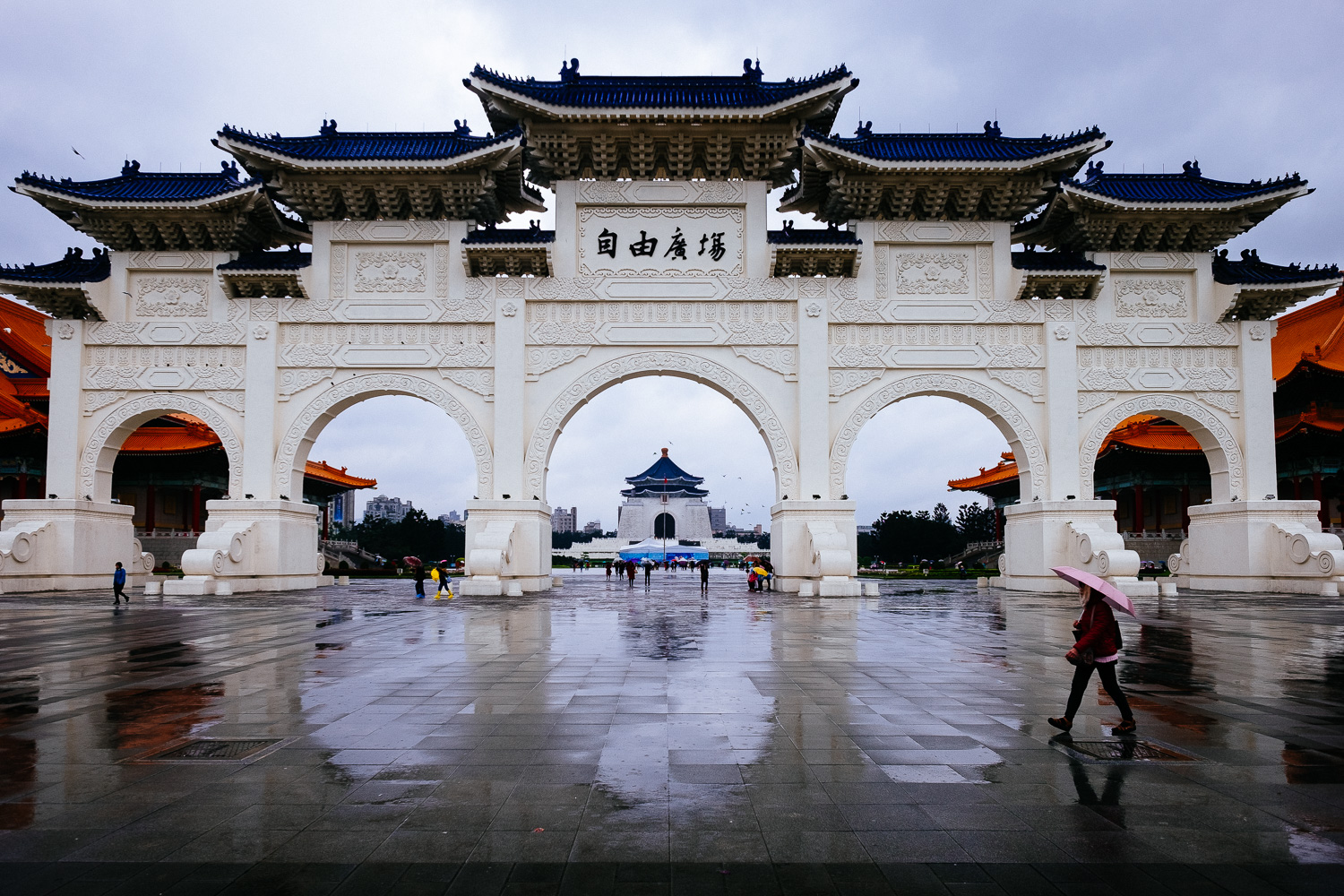