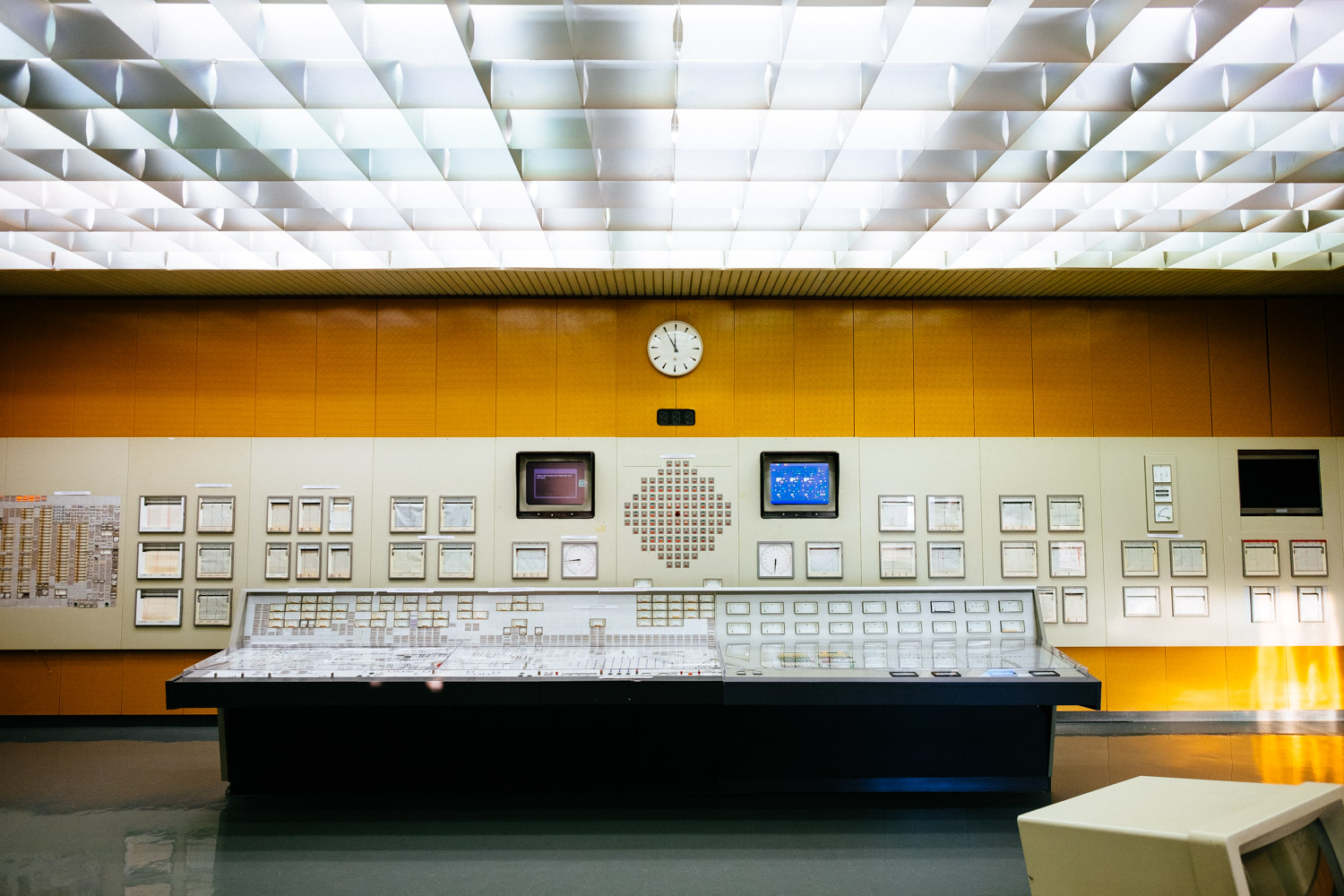 Last weekend I time-traveled back to the early 70s.

I visited a nuclear plant which is located just about 25km away from my home but I don’t need to worry: We never turned it on!

But lets give you some historical facts. The plant was constructed in 1969 and built in between 1974 to 1976. After 2 years of pre-checks it was time to ask the people of Austria if it should go in full operation. To the puzzlement of the government the people decided against nuclear power. It was a very close vote (50,47% against the plant) but it was final. The plant remained closed.

Well, not exactly. 200 people went there every day to keep it in  top condition. Ready to go  in full operation anytime. The government planed to ask the public again after a couple of years in the year 1986! The year of the nuclear accident in a power plant in the USSR. A place called Chernobyl. After that disaster the project was dead. It costed 2.6 billion EUROs in todays money. One half to build it and the other half to maintain it for 8 years. Now its a museum but they finally started to produce some electricity. From solar power! 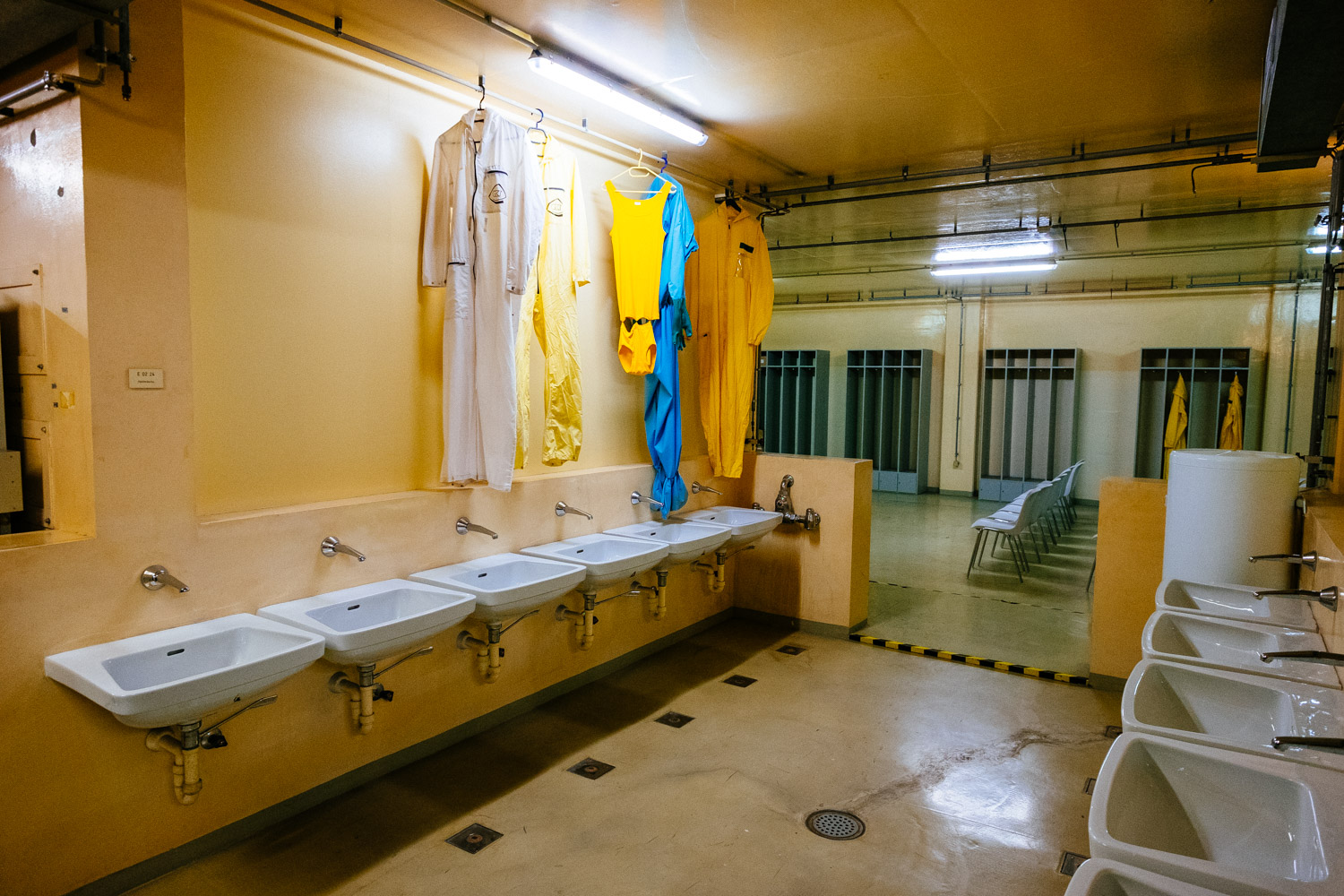 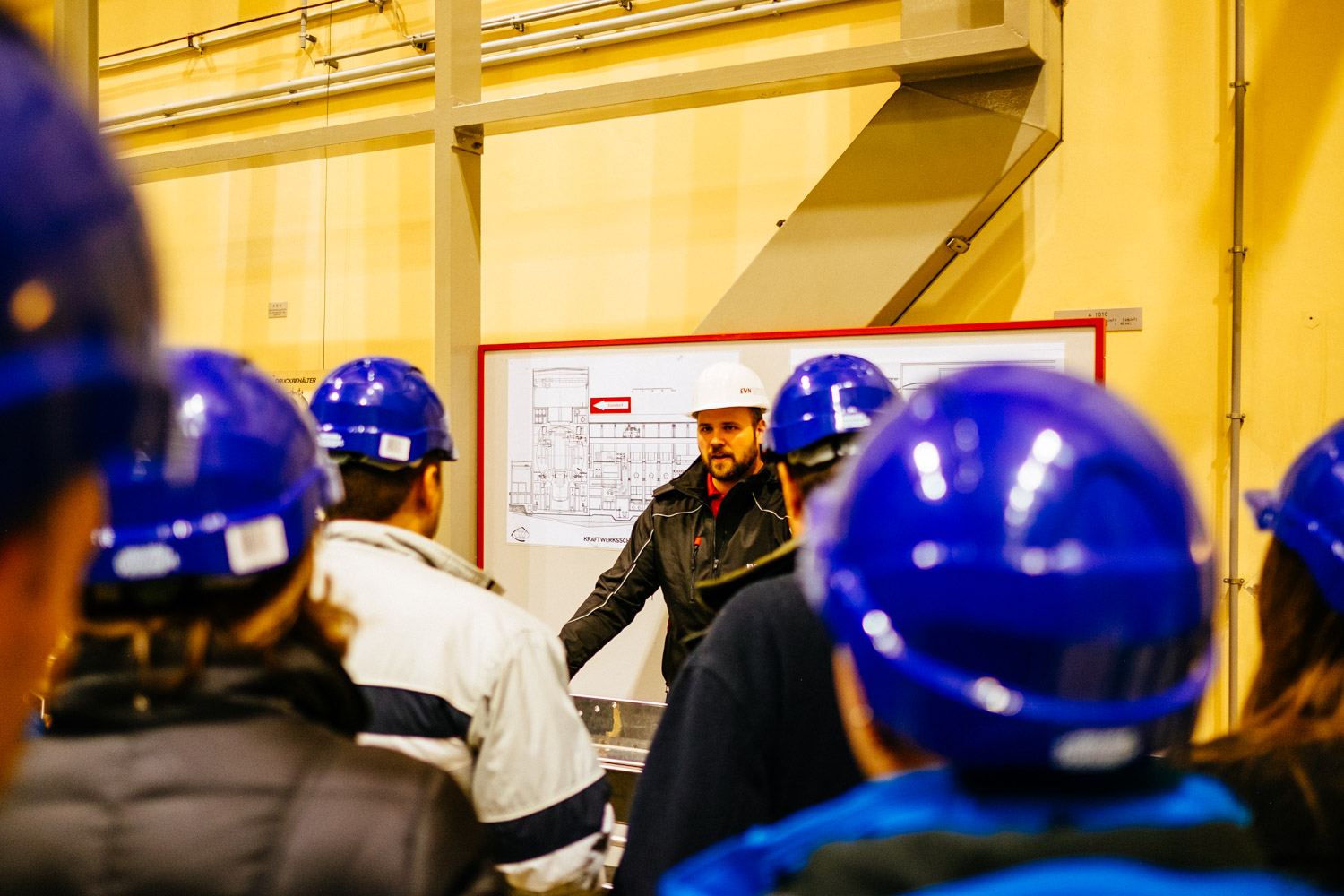 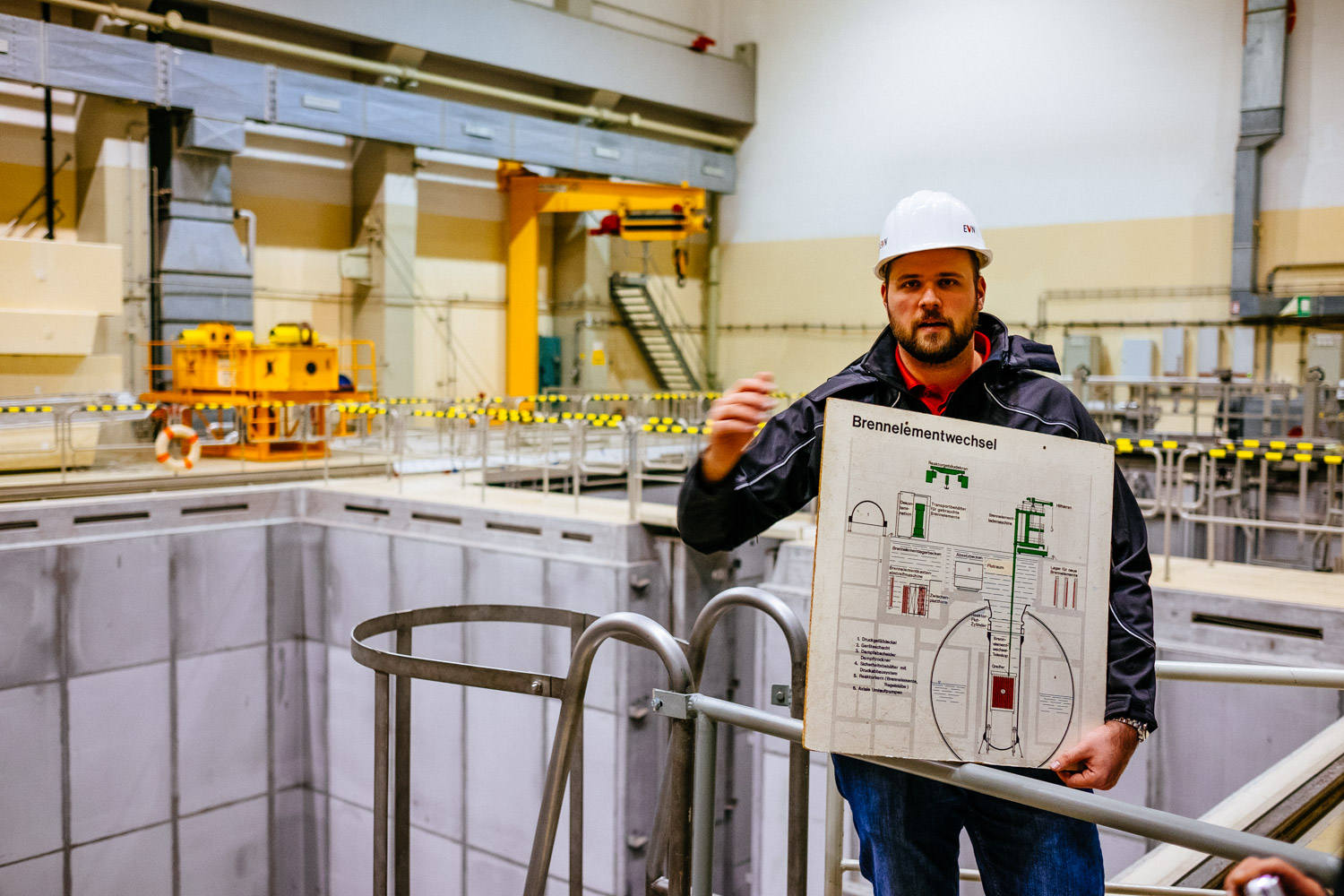 It was the second visit for me. I was there before in 1983 when I was a student in an engineering school. At that time they showed us a propaganda video tape that praises the clean and safe production of electricity thanks to nuclear fusion. I didn’t buy it then and I don’t buy it today.

But at the end the AKW Zwentendorf has become the safest nuclear plant on the planet. A museum and it looks impressive. Of course it would have been smart to ask the people if they want a nuclear plant before they built it. 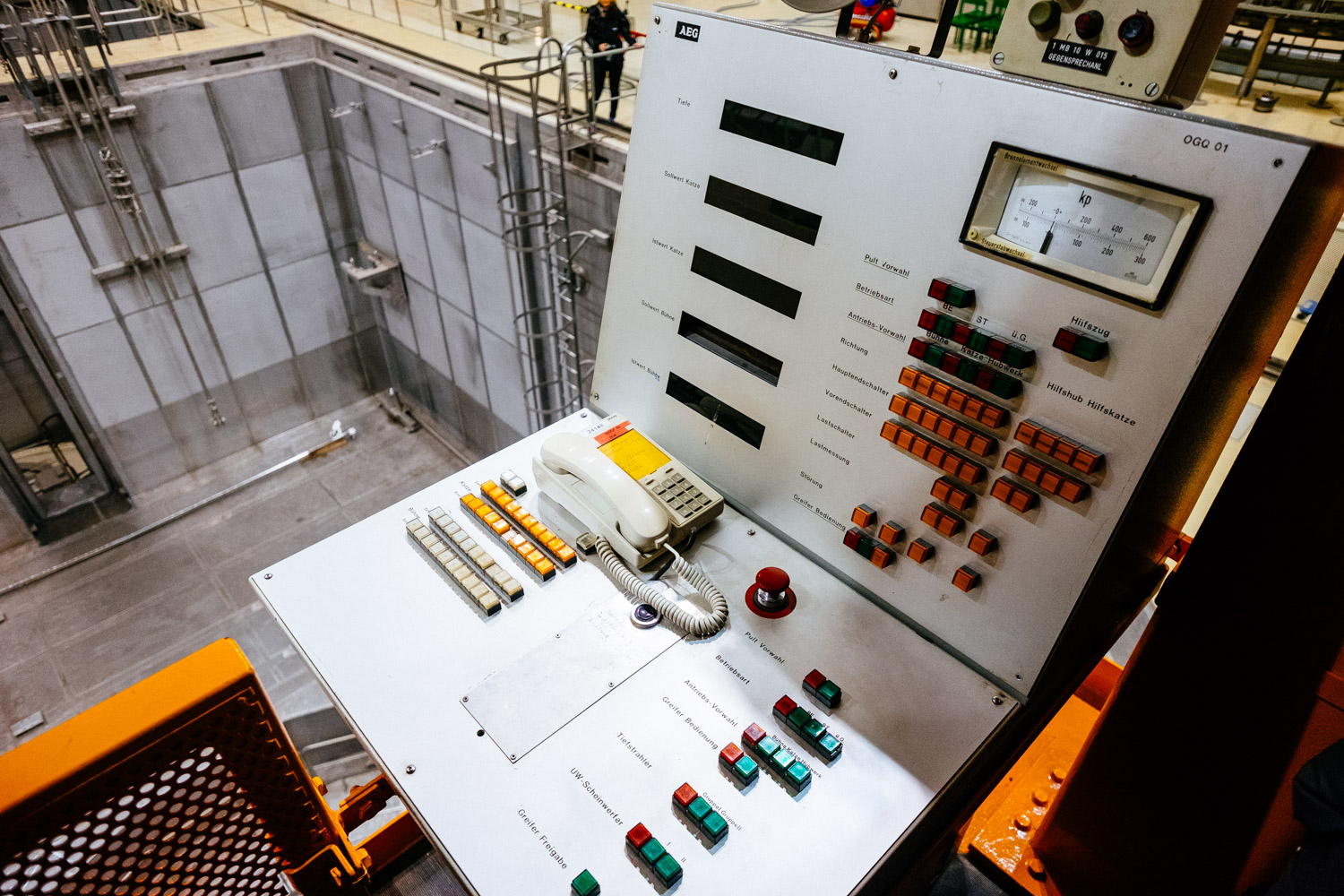 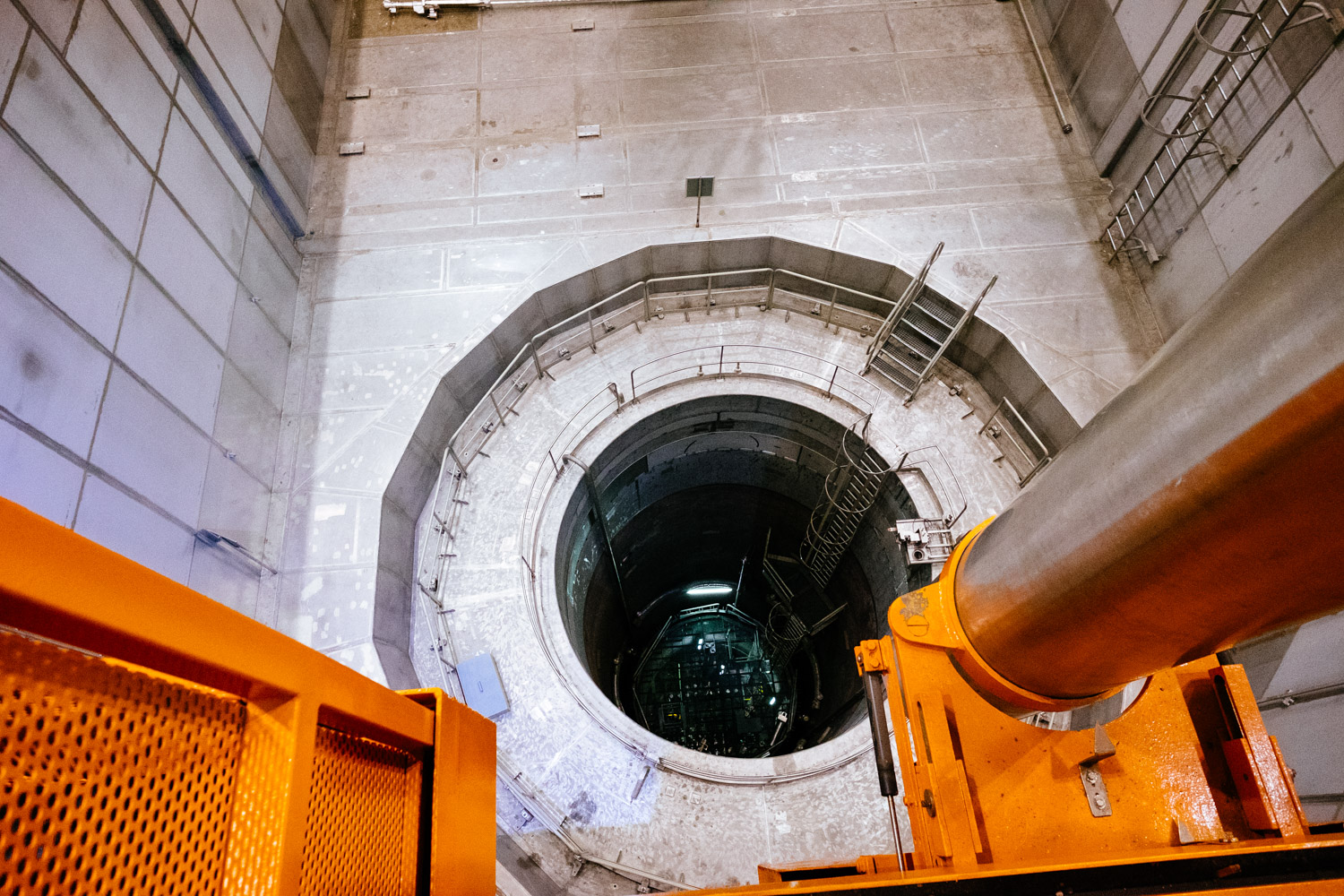 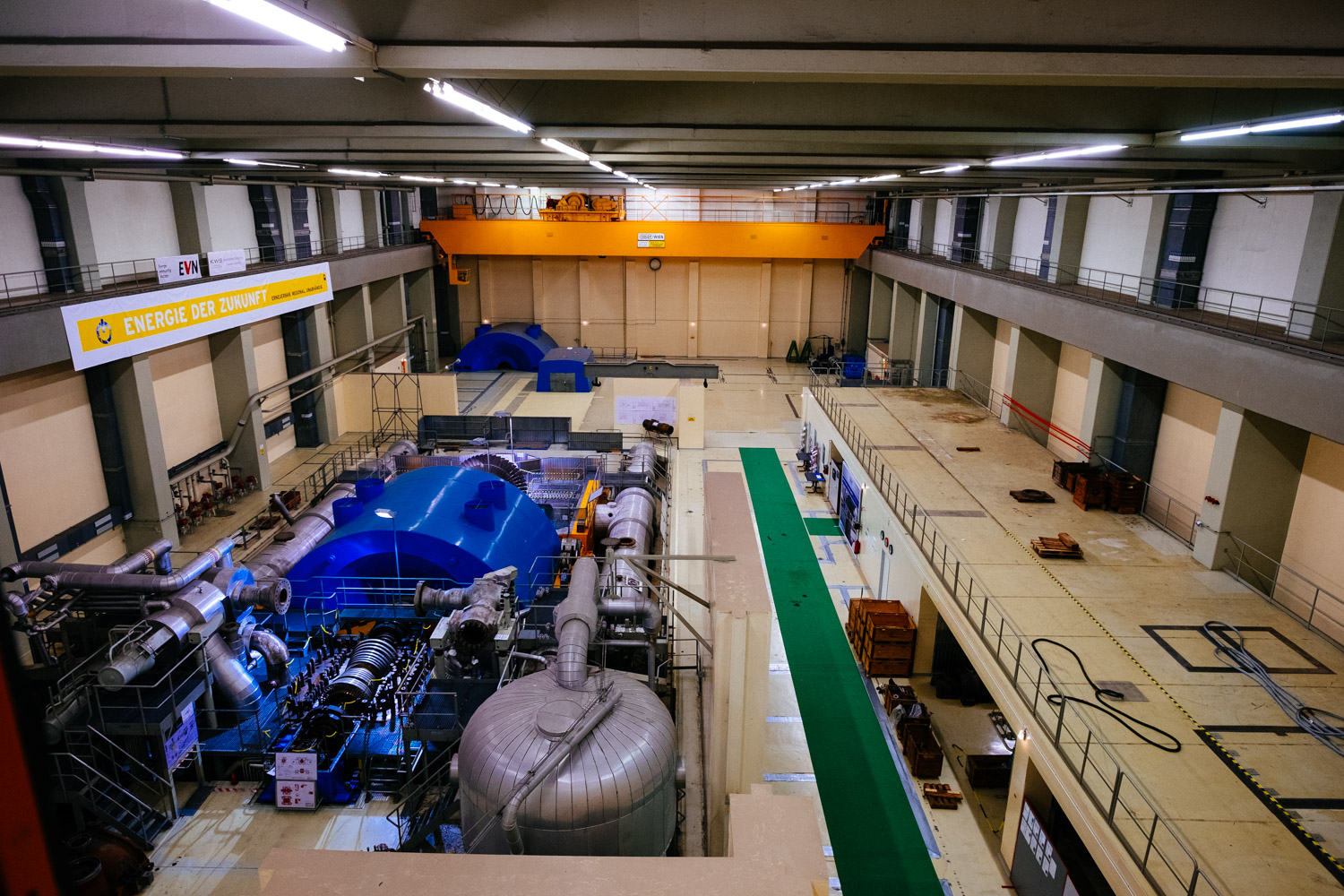 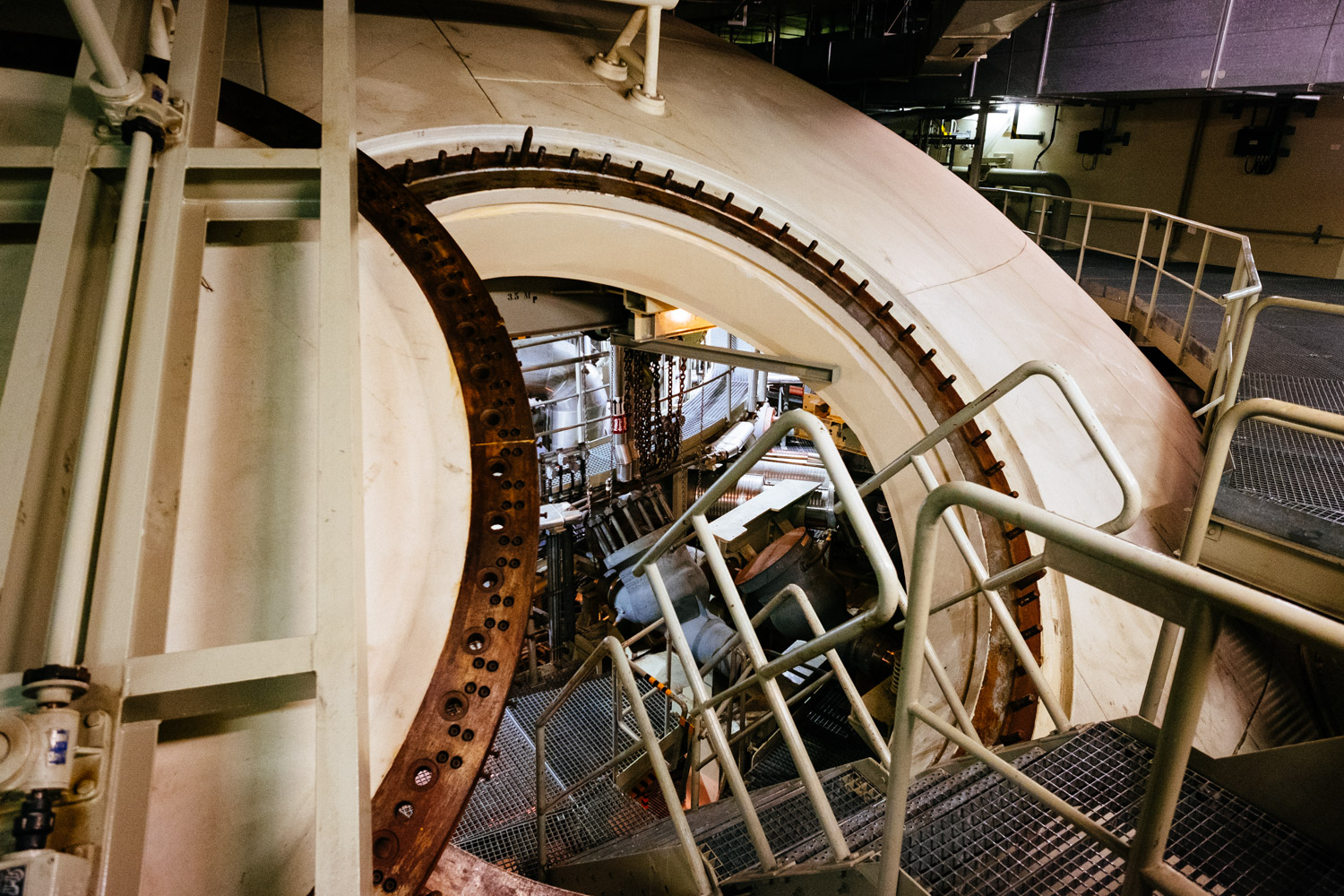 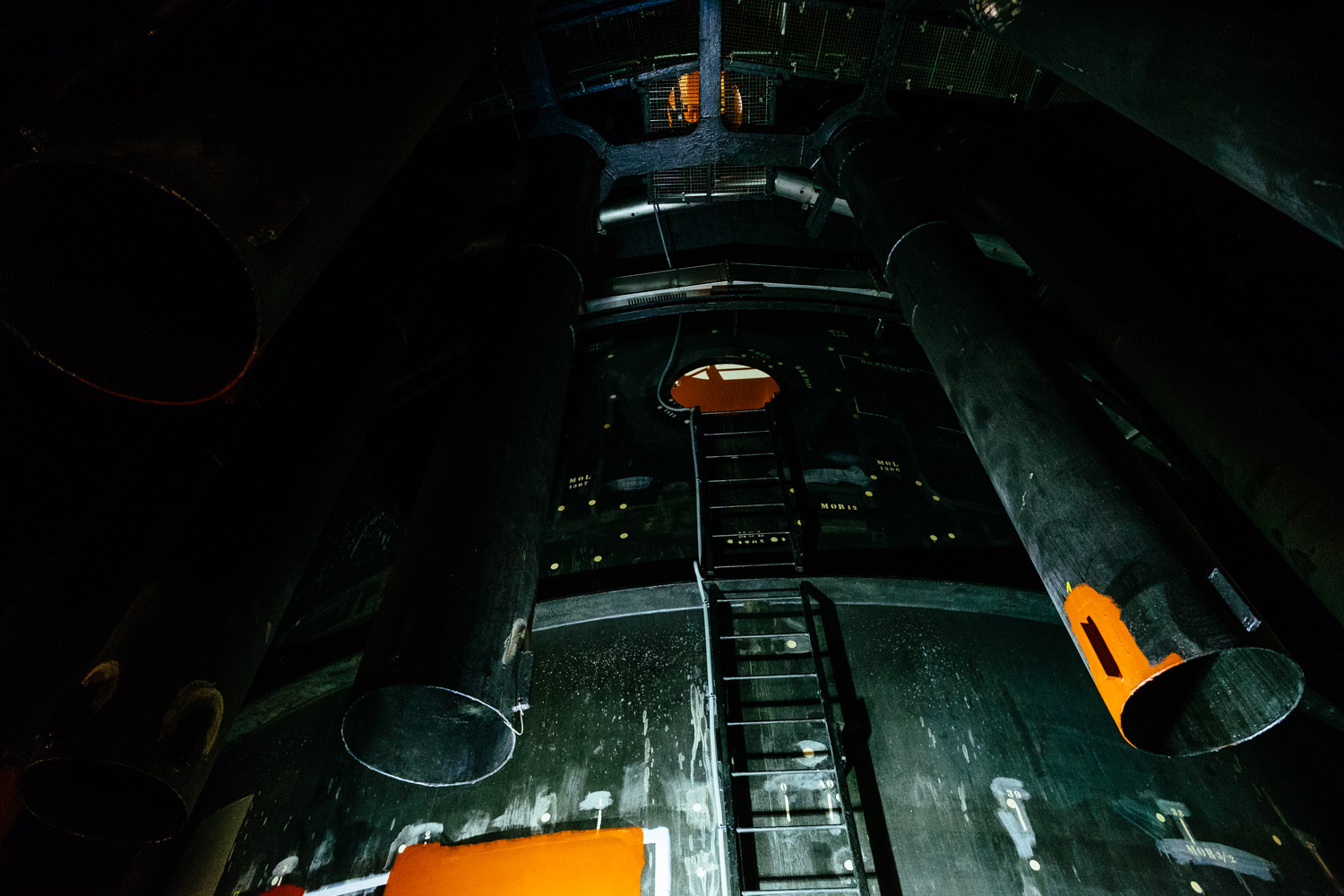 Before I went there I thought about which camera to bring. There are three cameras to choose from. My Canon 6D plus the 16-35/4 IS L, the Sony A7R with the same lens or my Fuji X-T1. To my surprise I didn’t even consider to bring the 6D even though it has the best high ISO performance of the three, the best AF in low light and a flexible wide angle zoom with image stabilization. It was in between the Sony A7R and the Fuji X-T1 and that was simple too. The Sony A7R would have been too slow and clunky because of the manual focus.

The Fuji X-T1 together with my standard lens, the XF 14/2.8, is small, light and fast. Distortion of the lens is practically absent and the camera is the quietest and most discreet of the three. The second lens I decided to bring is the fantastic 23/1.4. It’s just perfect for low light and to pick out some details. The whole set is still slightly lighter than the Sony A7R with the Metabones adapter and the Canon lens and of course a lot lighter and smaller than the Canon combo.

But most of all I’m used to shoot with the Fuji. It has become my main camera and I know it like the back of my hand. I can shoot it blindfold and I know exactly what it can do. And this is the most important thing. In a shooting that you can’t repeat easily you need to trust  your camera. I’m surprised how good Fuji has become in low light. I used face detection for the picture below! 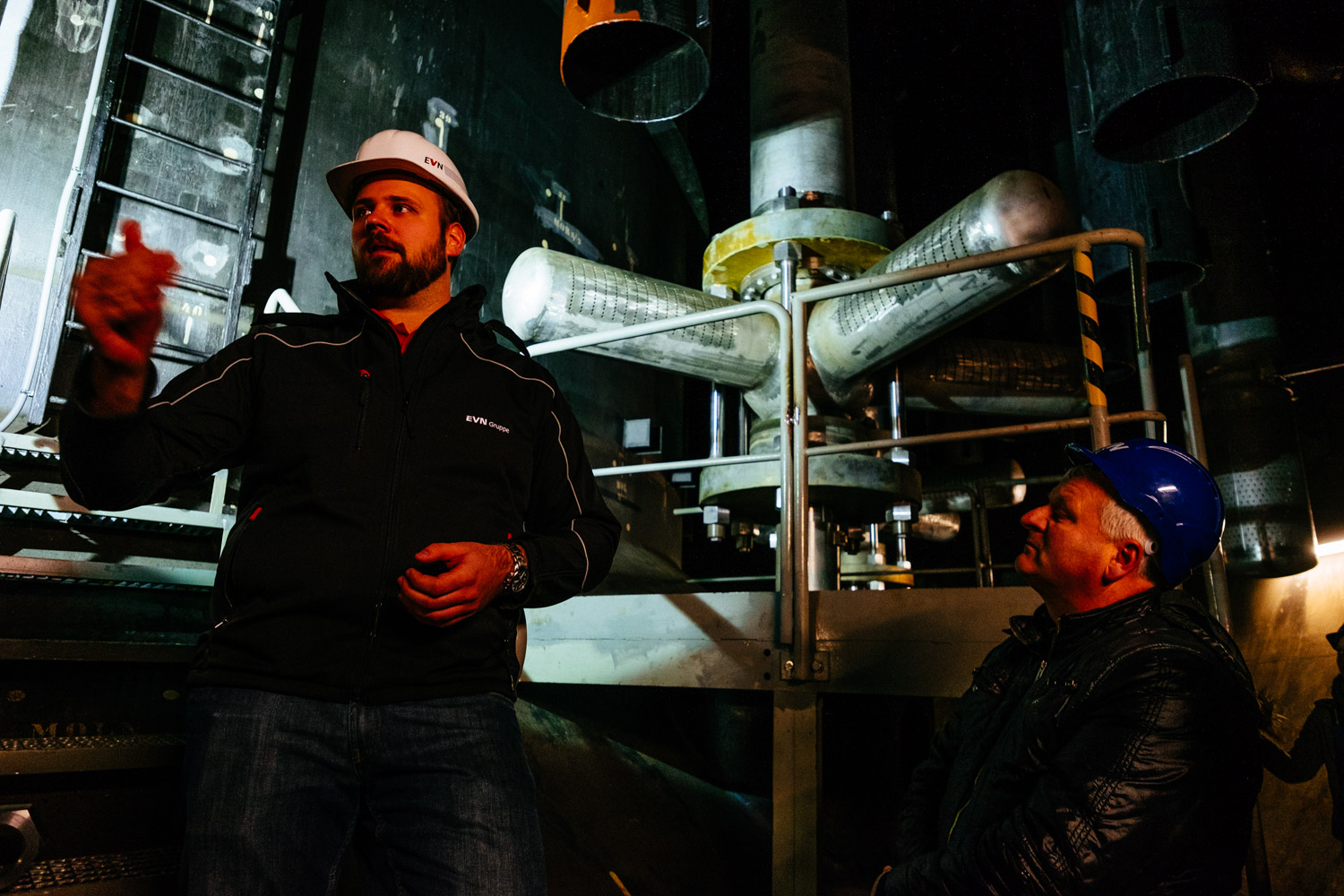 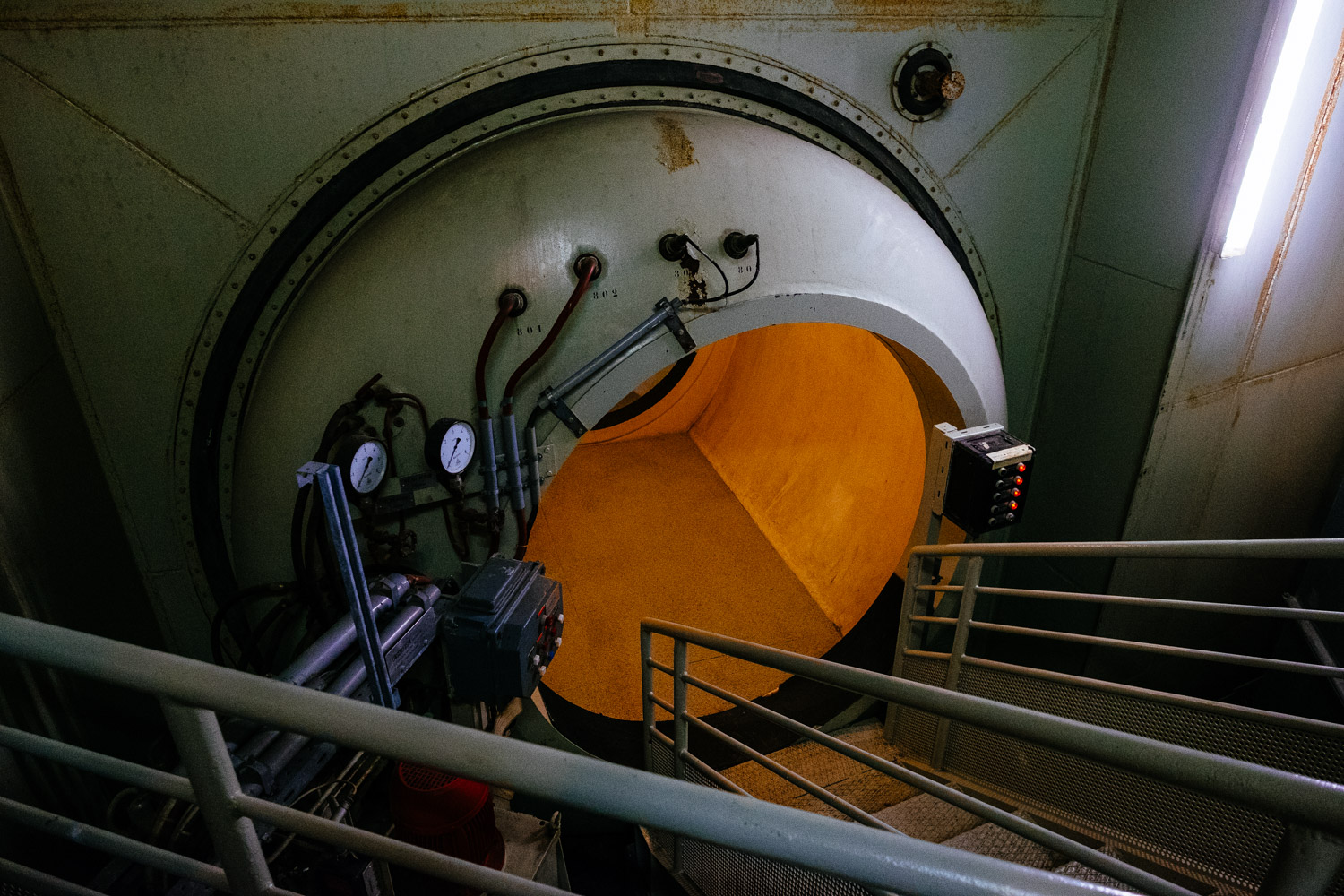 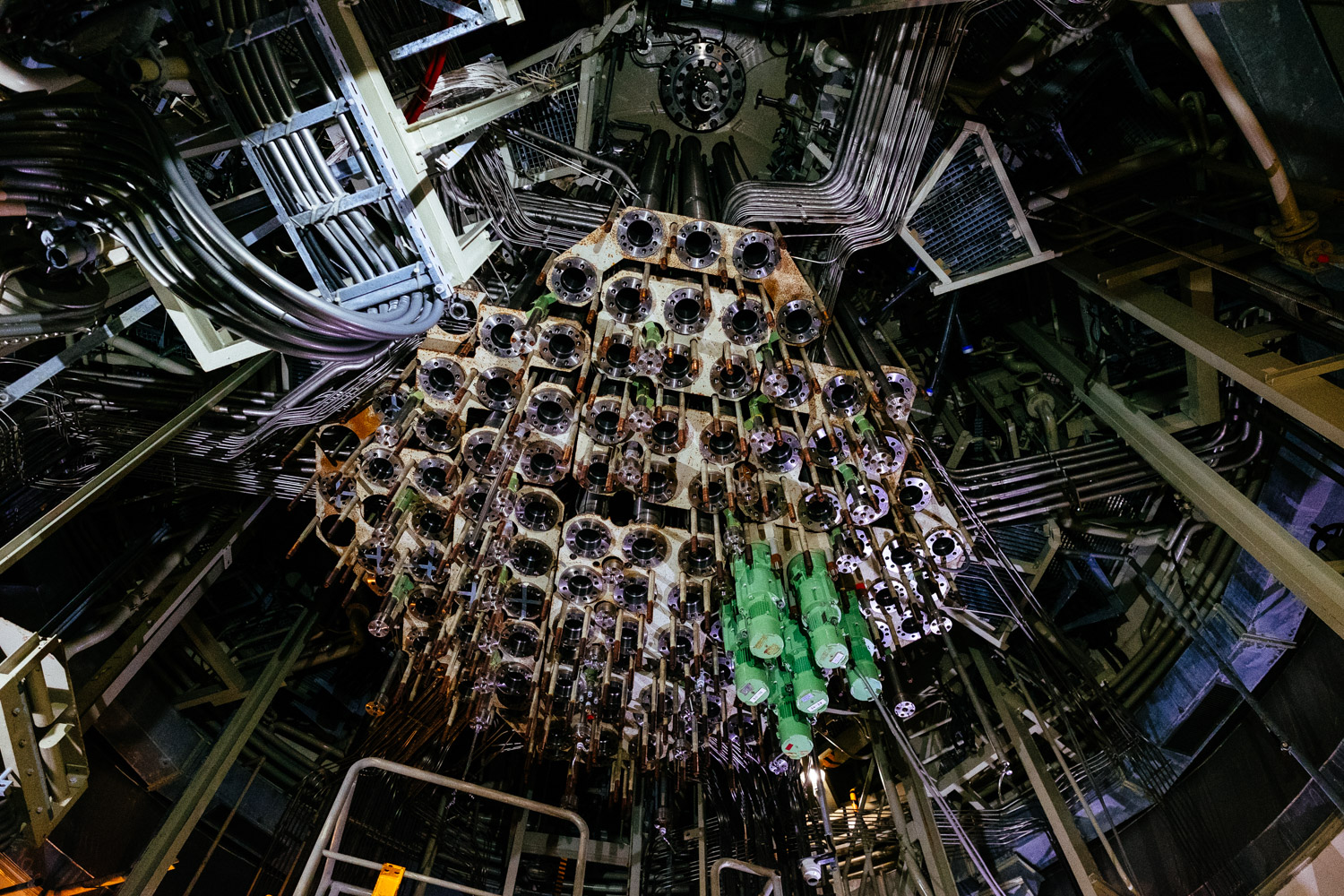 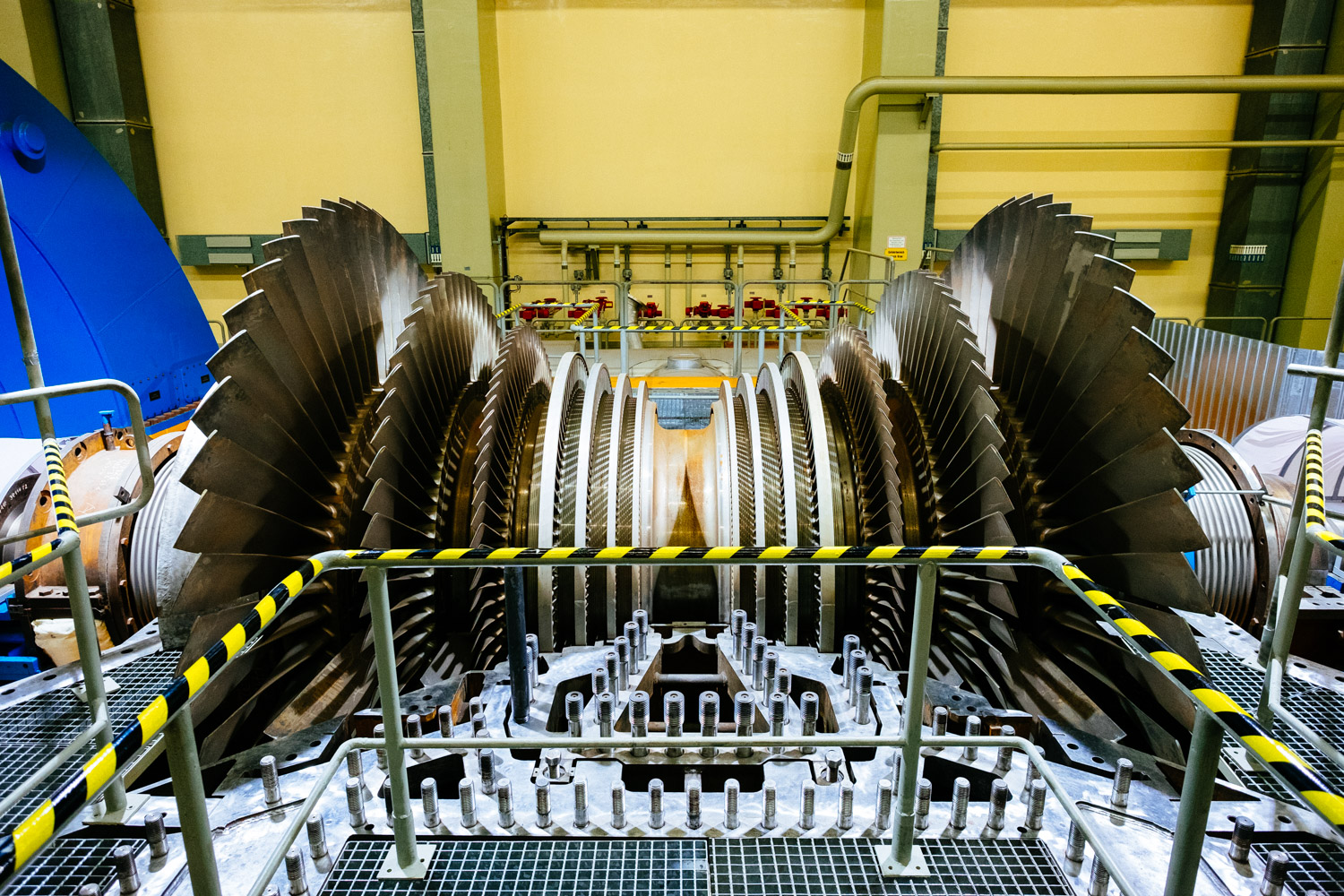 Because it never produced electricity there is no radioactivity and you can see parts of a nuclear plant that you can’t see anywhere else in the world. Or at least not without special clothing, a Geiger counter and for a very limited time. And even though the Fuji X-T1 is a very robust camera I doubt that its electronics would survive the radiation.

It was great to see all the different areas of the power plant and get a basic understanding of how a nuclear power plant works but the real highlight of tour is the control room. Glory 70s wherever you look. Instead of computer screens there are indicators and lamps. A nice analog clock on the wall but it has been put there just recently. The place is used for movies sometimes but the movie makers thought that the original clock, which was of course a digital one, doesn’t fit. After the movie was finished they left the clock on the wall and set its hands to show five minutes to twelve. 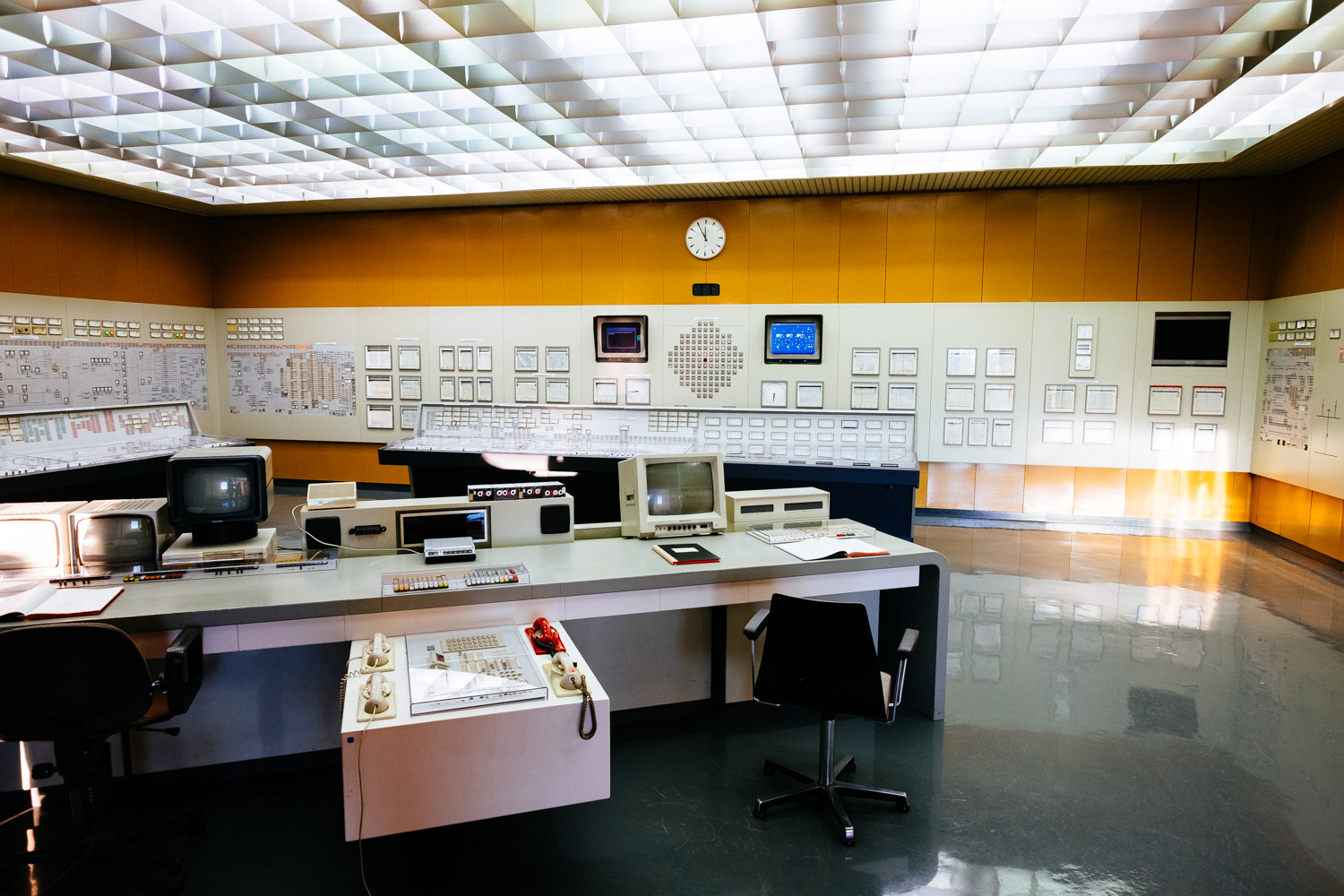 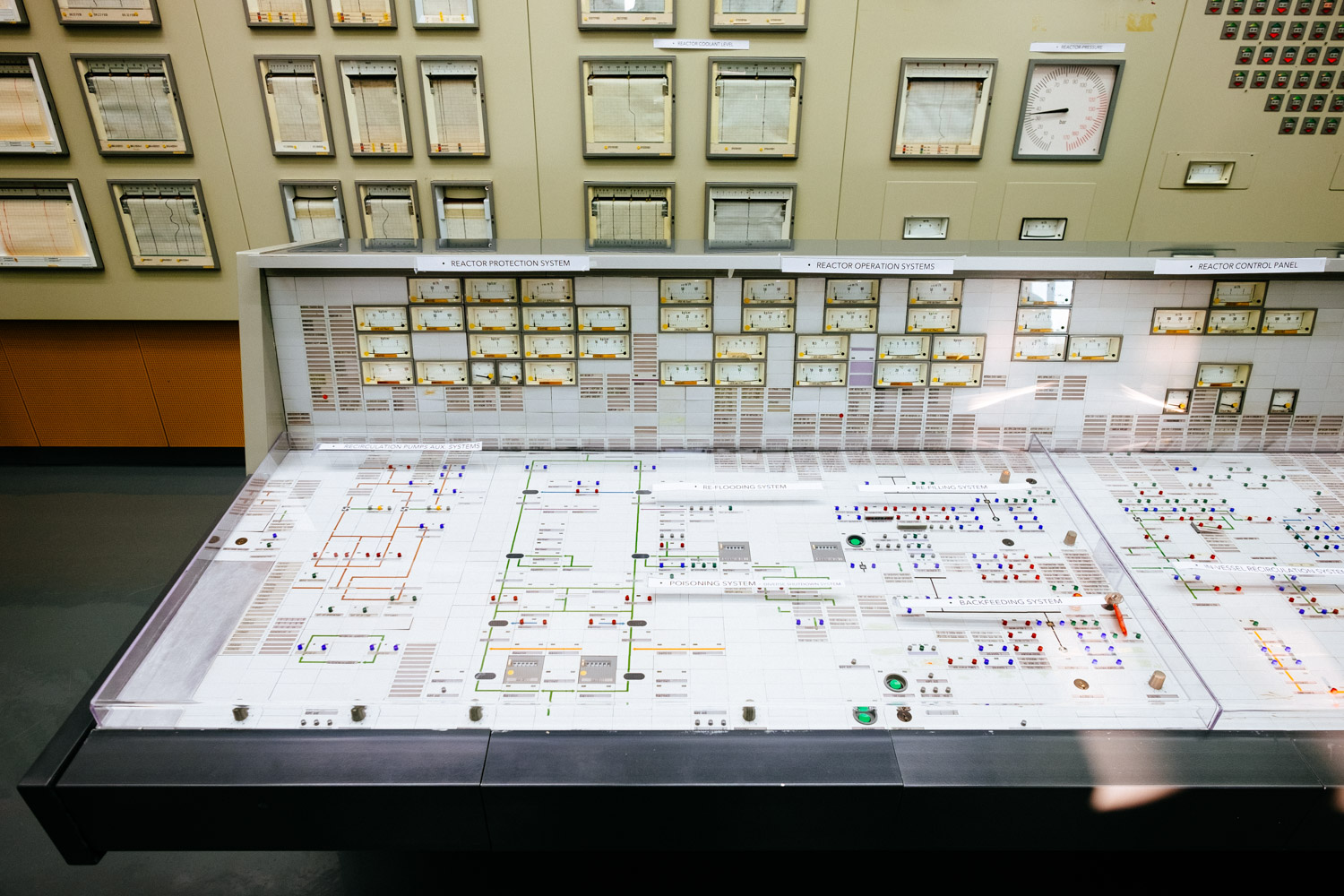 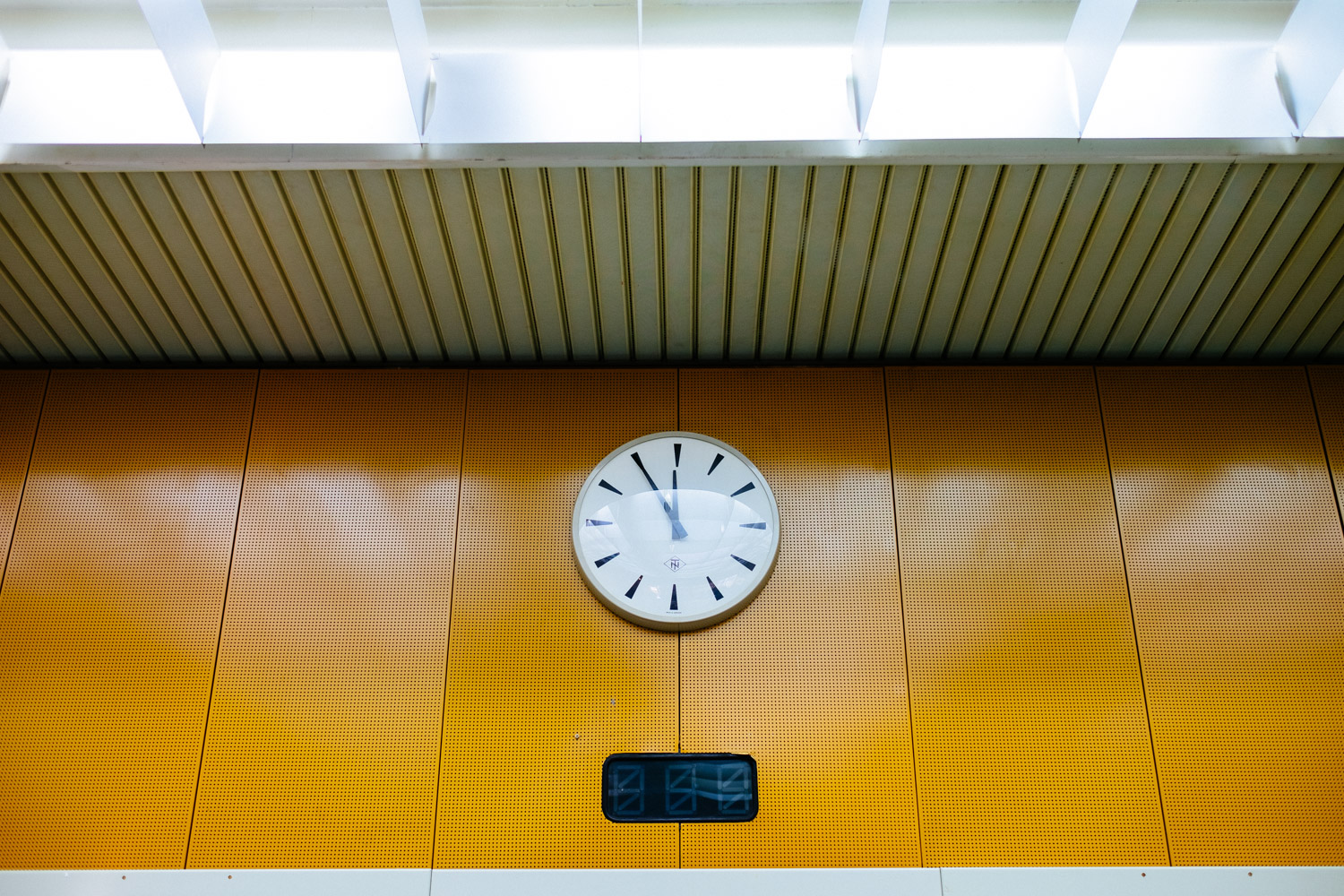 Five minutes to twelve! There are some computer screens in the pictures but of course none of them are from 1976. There was a computer though. The image below shows its input unit and its “display”. The computer filled another room the size of the control room. Below the computer picture you see a table with four telephones. One of them in red. It was a direct line to the office of the prime minister to report an accident. But when this nuclear plant was built it was the safest of its time. And until today it still is. 😉

The strangest thing I learned during the visit was that there are almost identical reactors from the 70s that are still in operation in Germany today! But not only in Germany. They are similar plants of the 70s in full operation all over the world. The now destroyed Fukushima reactor was even older. Nuclear plants are in operation for 40 to 50 years. 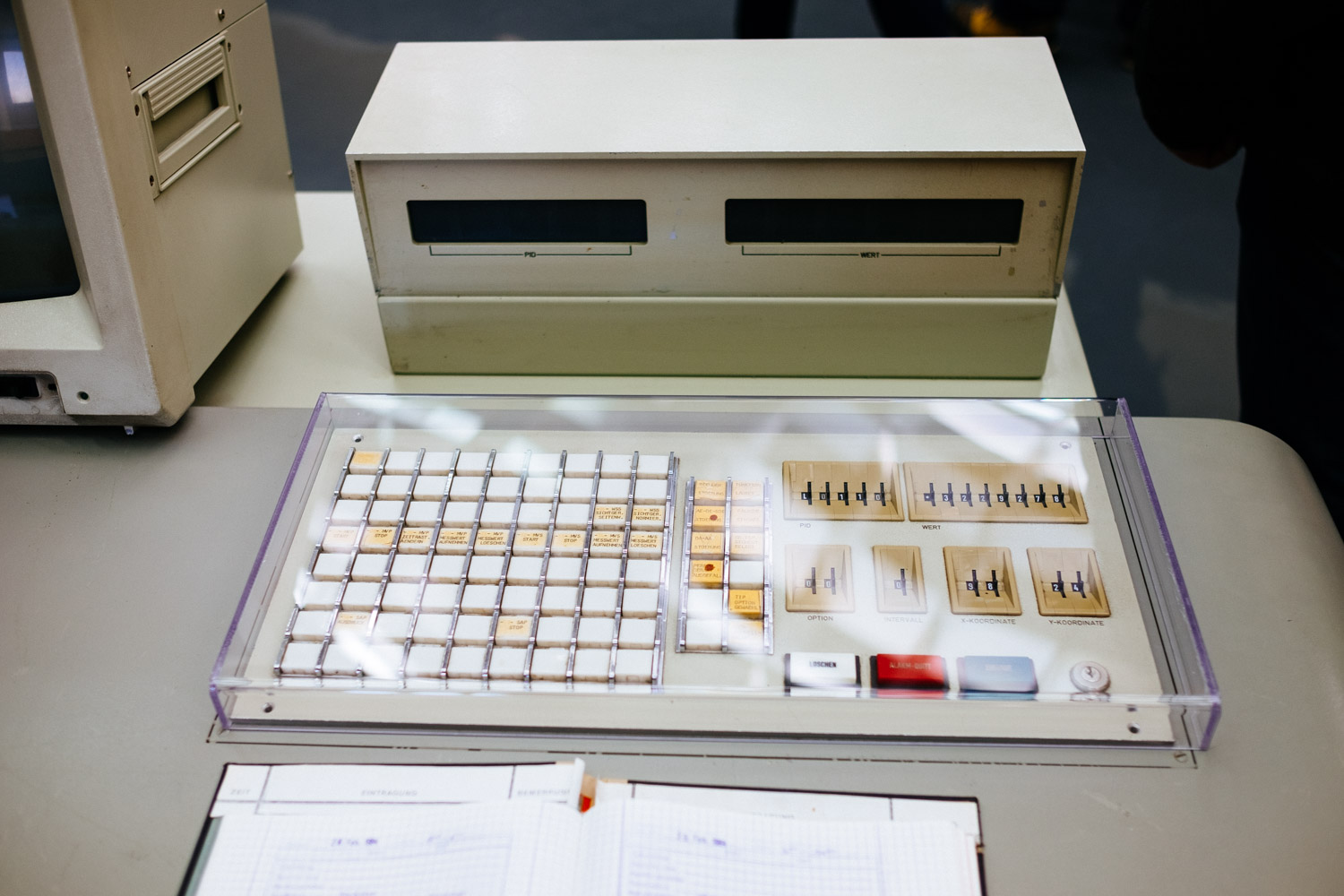 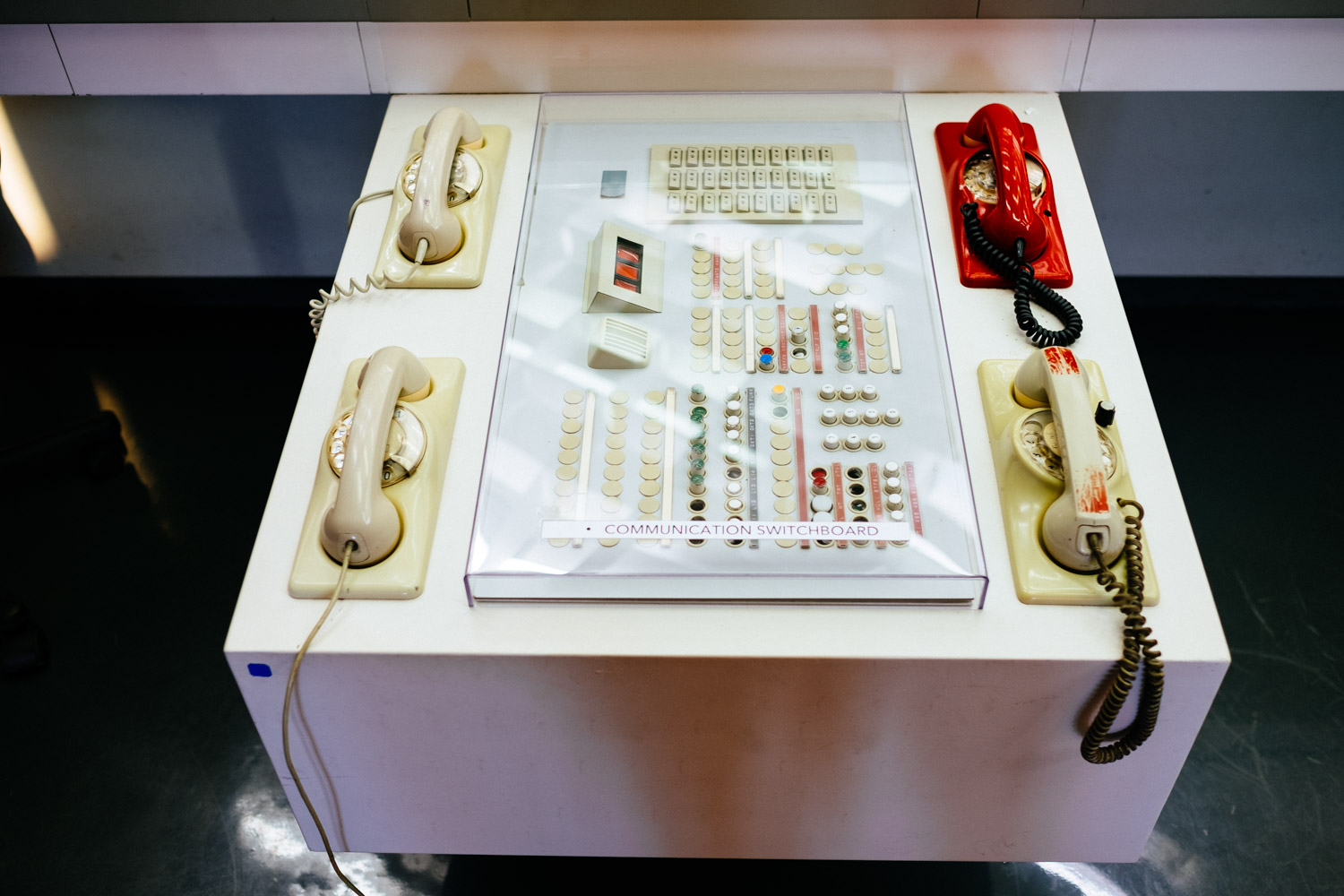 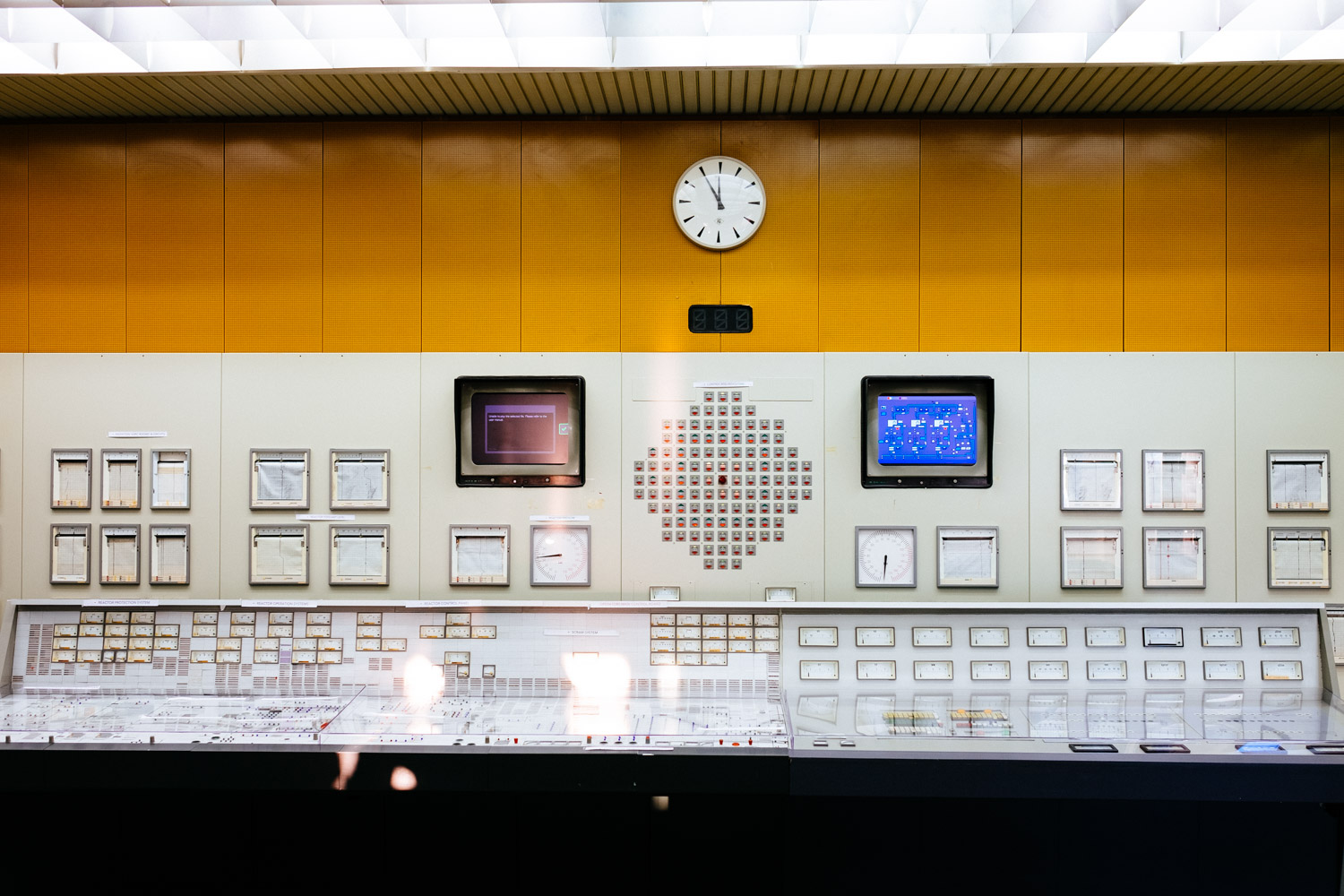 There is a detail that you might have missed. On some of the images of the control room you can see a reflection caused by the late afternoon sun. There is a big window just behind the control room! Which makes the control room an easy target for somebody with a bazooka. There was not even a backup for the control room. Today control rooms are located somewhere inside the building in a room without windows or even outside walls.

Which brings me to the title of the blogpost. I think the 70s were innocent times. The days of flower power. The days we built the first jumbo jet, the first big rockets. The time we landed on the moon. A time when cigarettes were still cool and nuclear power was clean and safe. A time where everything was possible. The only thing which seemed to be far, far away was a terroristic attack. That’s why this control room has nice, big windows and that’s why this blog post is named “Days of Innocence”.

I wish I could time travel. I would go back to the 70s and stay there. 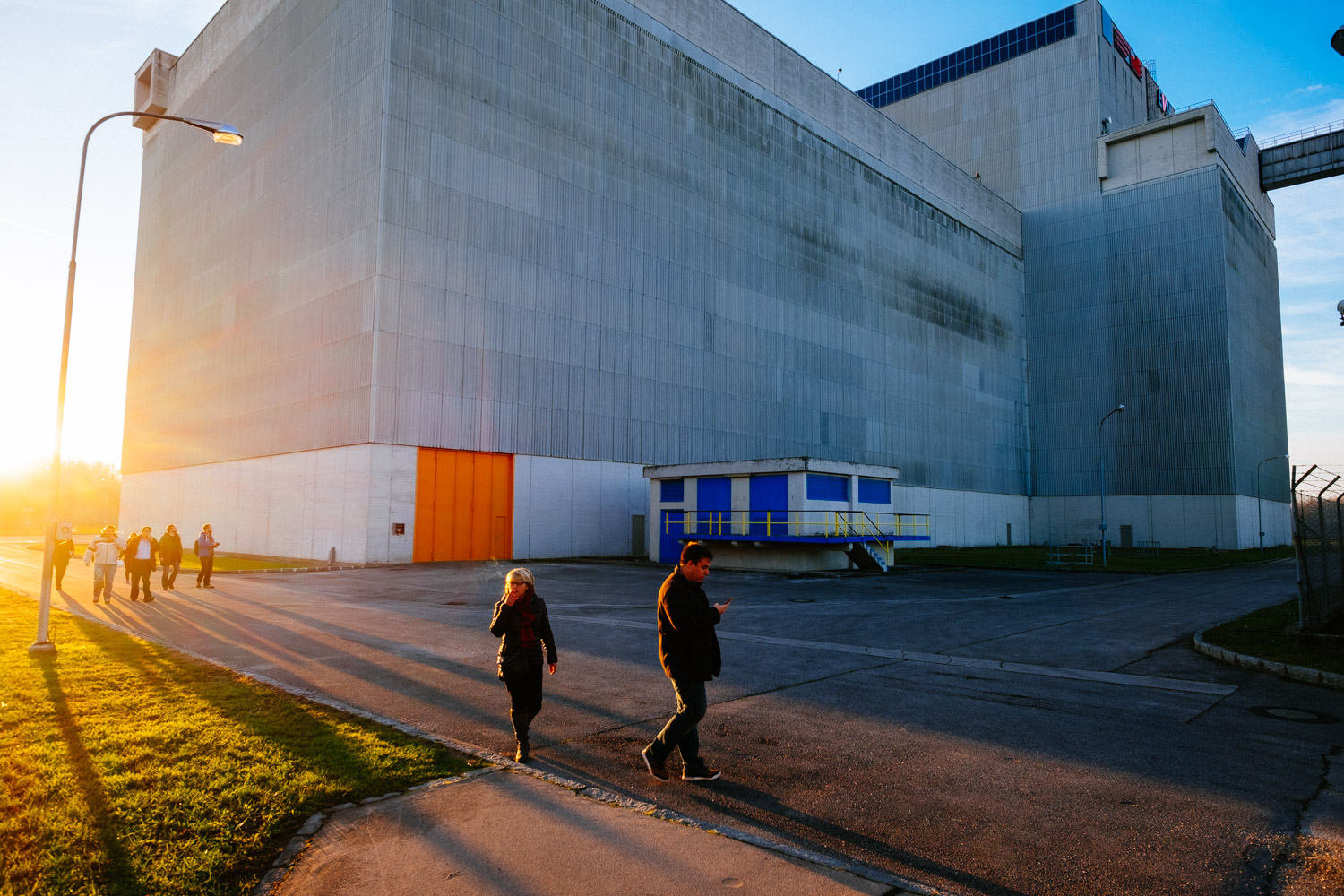