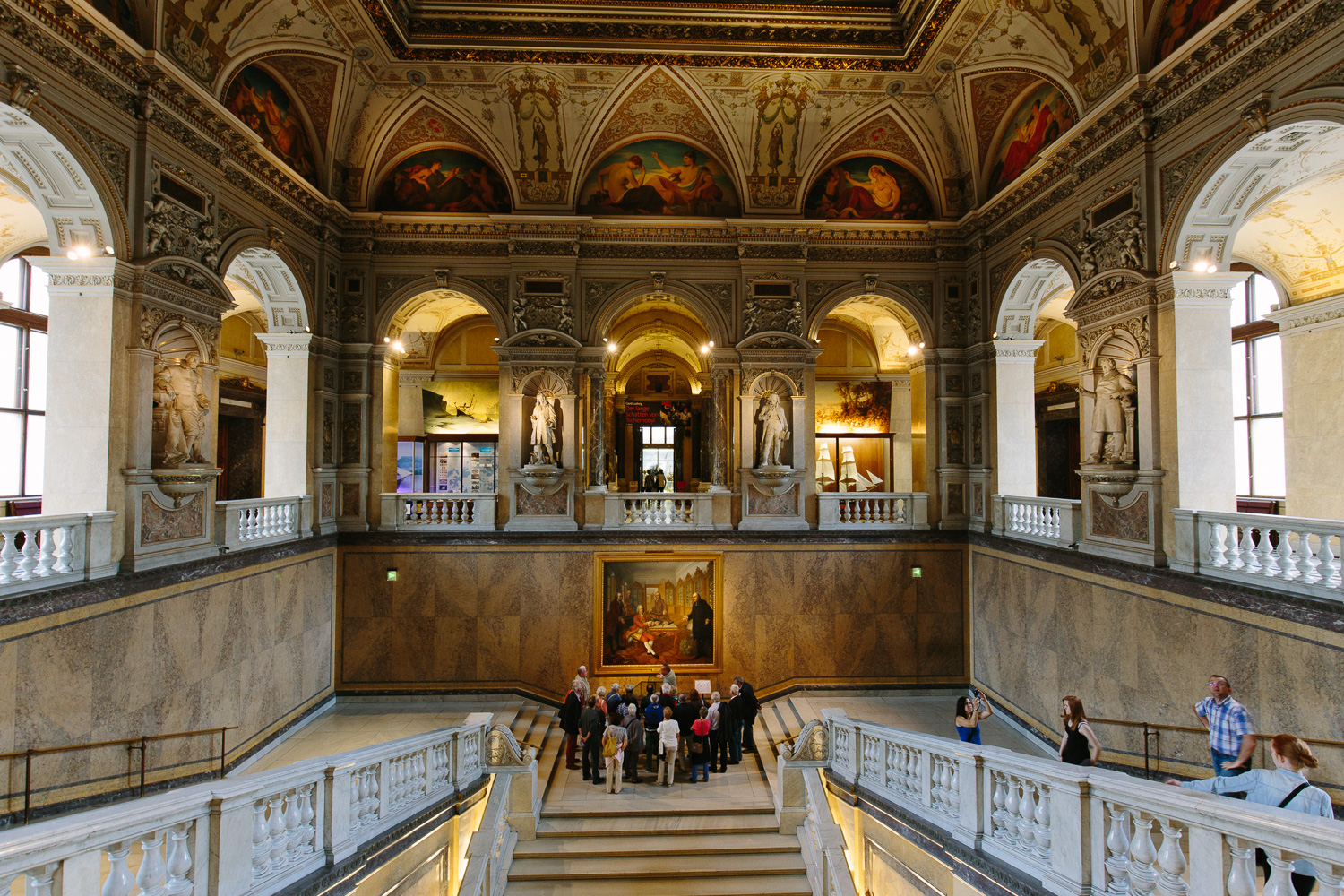 I always had super wide angle zooms but I never was fully convinced with the results. I liked the dynamic effect that can be created with these lenses but image quality was always behind my other lenses.

The first super wide angle zoom was Nikons 12-24DX. Later when I switched to the Canon 5D I had the 4/17-40L. When I finally upgraded to the 6D last year I also changed and reduced the number of my lenses. I sold the 17-40L but did not replace it.

The Fuji XF14 has spoiled me! It is such a great lens that it is very hard to use the rather mediocre offerings from Canon. Even the 2.8/16-35 II was not an option for me. So on my last years vacation in the USA my widest lens was the 14mm (21mm in full frame) on my Fuji X Pro-1 or the 24mm on the standard zoom on my Canon 6D. Not a satisfying solution. I wasn’t tempted to get Nikon’s 14-24 because of the rather short range and its ridiculous design. Even on a Nikon D4 it is front heavy thanks to its bulbous front element. So I was very happy when Canon announced the 4/16-35 IS L and the MTF charts looked great. 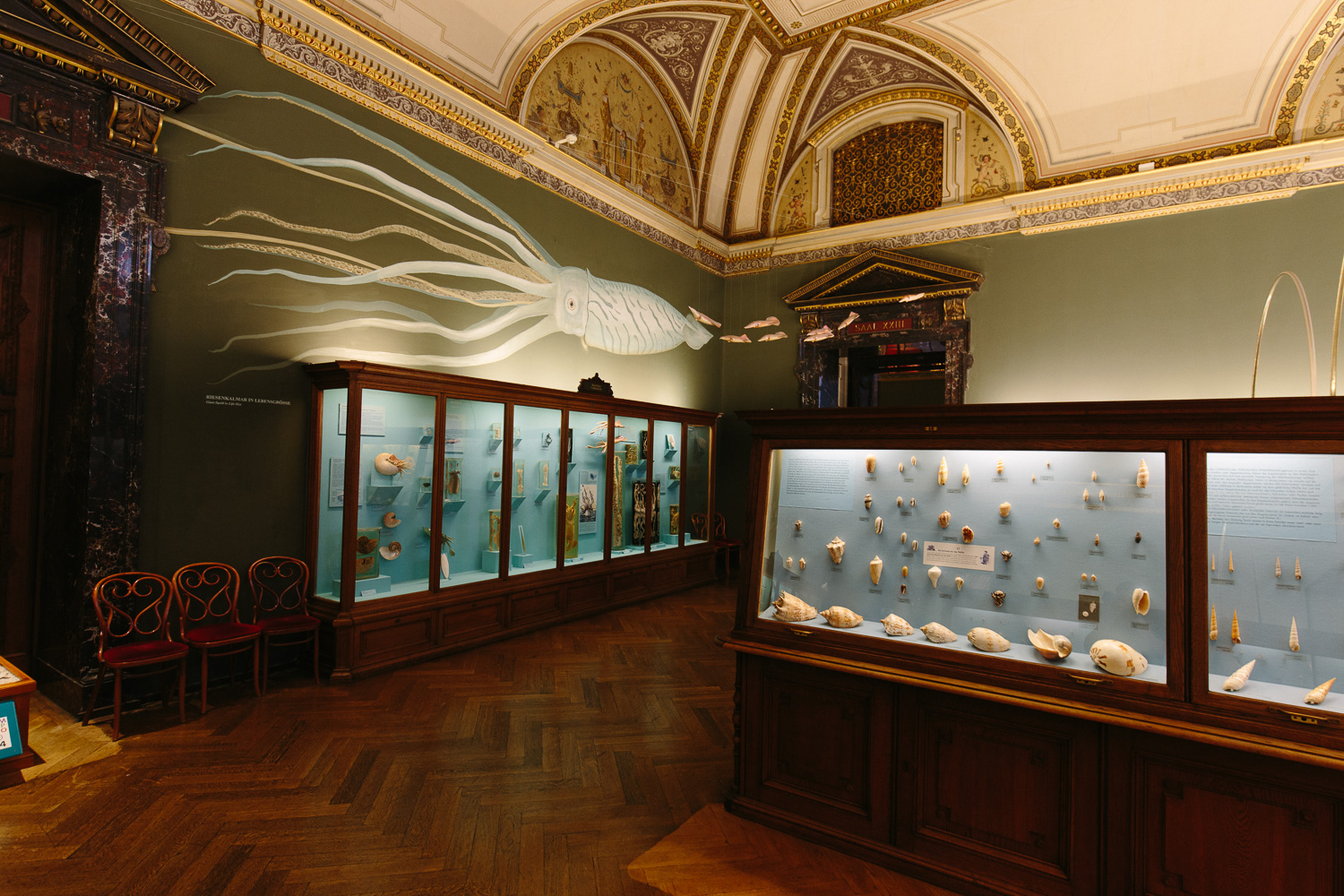 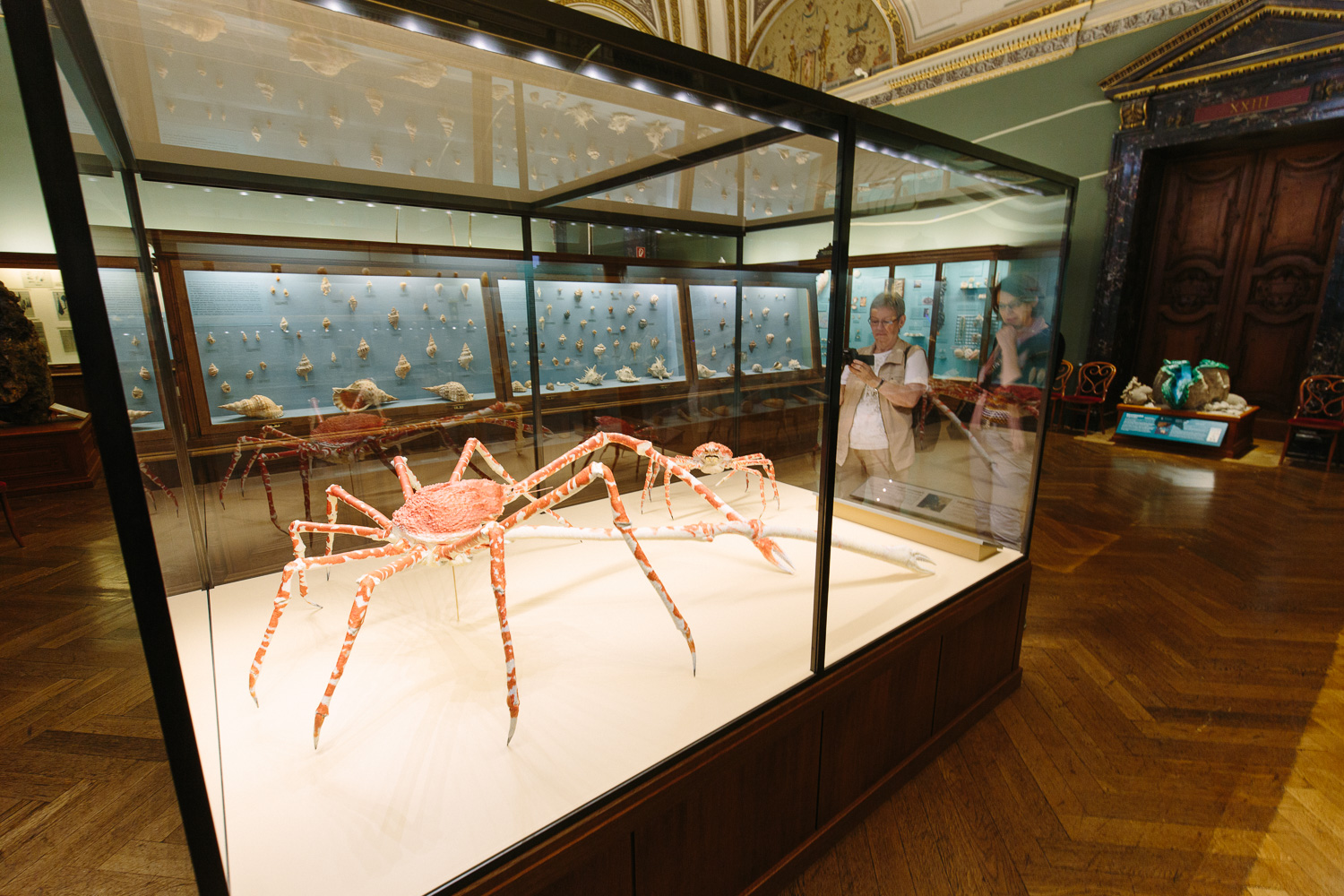 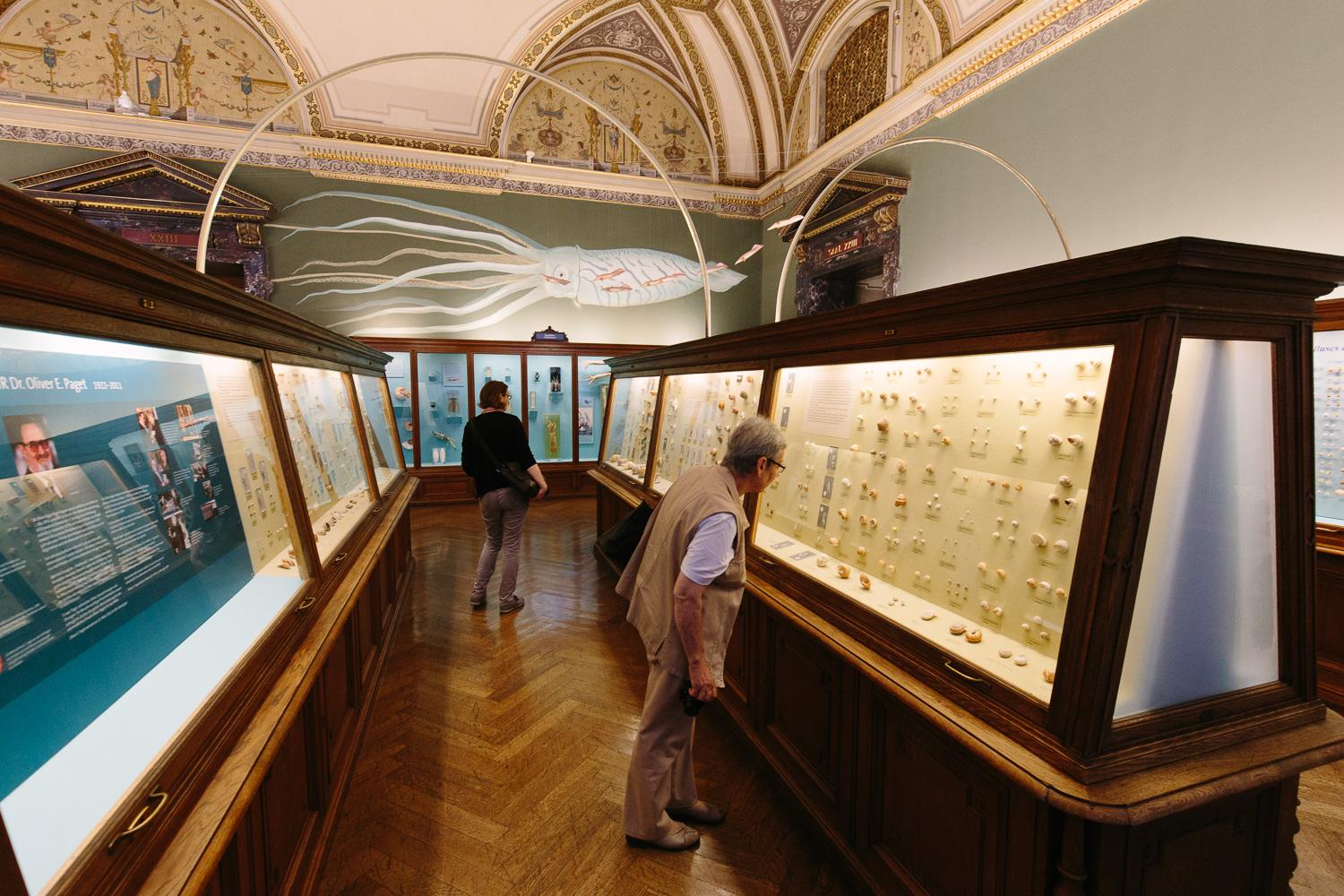 My mother in law visited us and because of the poor weather we decided to go to the NHM in Vienna. A good opportunity to test my new lens.

I have been in the museum a couple of times with different cameras. The first time I shot there was with the Nikon D200 plus the 12-24DX. I used a tripod and exposure times were in the area of 8 to 30 seconds. But of course it’s not allowed to use a tripod there. I was shooting together with my friend Harald who works there as a scientist. The other times I used either a Fuji X100, a Fuji X Pro-1 or a Sony RX100.

This time I shot with a modern full frame DSLR with excellent high ISO quality combined with a brand new super wide angle zoom with image stabilization. It feels like wearing a belt and a pair of braces at the same time. 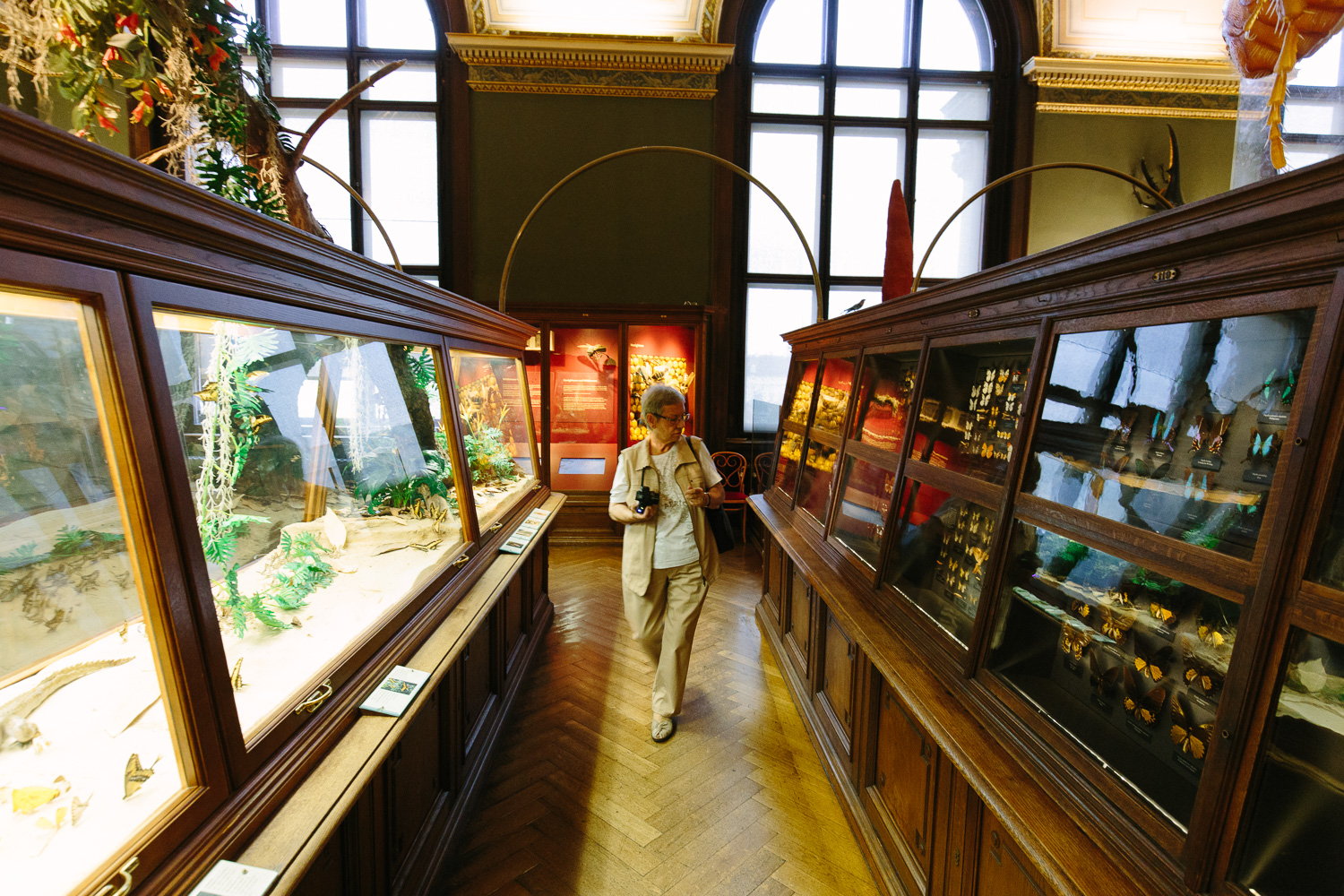 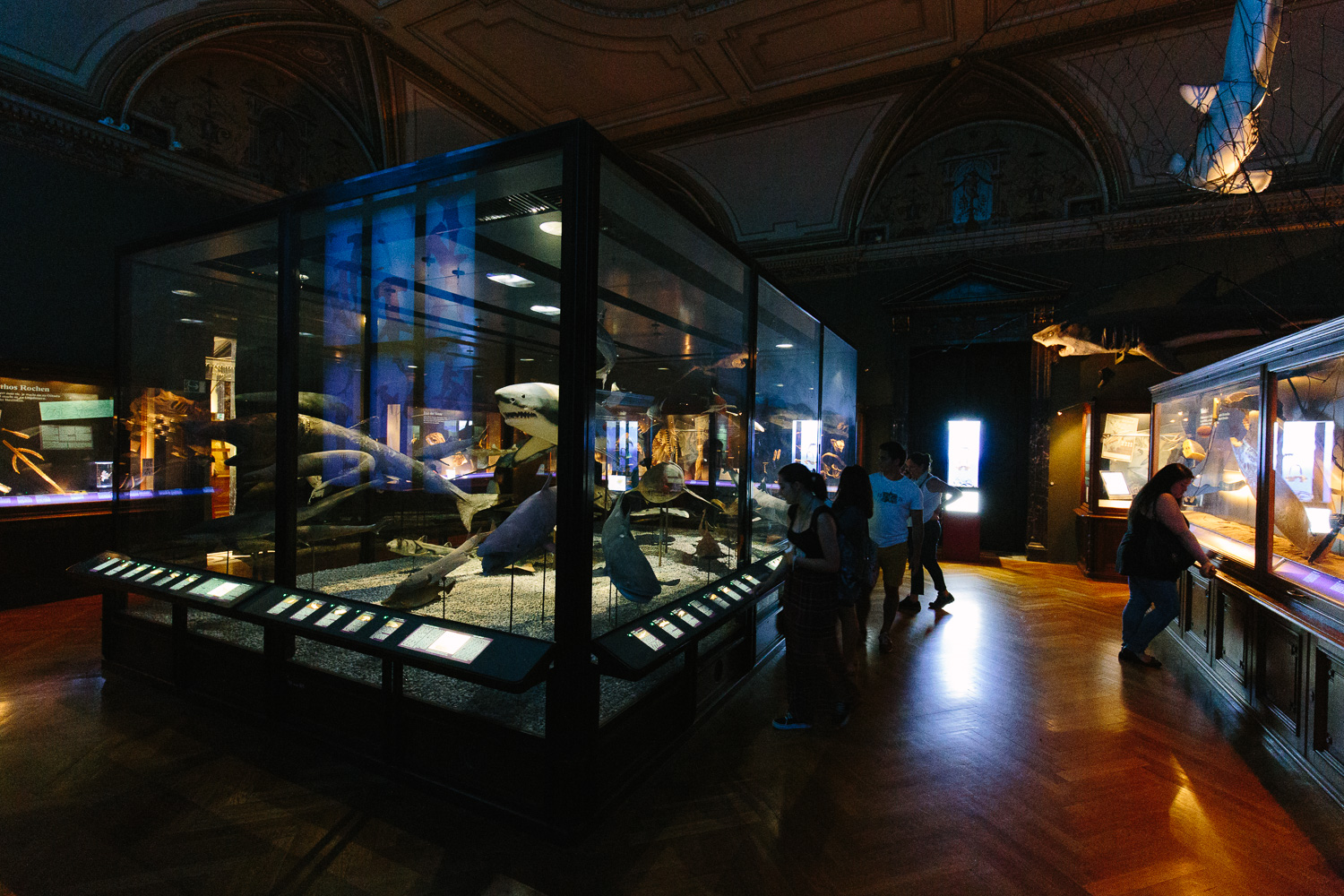 The Canon 4/16-35 IS L offers a 4 stop image stabilization. Theoretically that should allow shots at shutter speeds of 1 second on its wide end. 1 second! That can’t be true! Relax. It isn’t true!

When I started to shoot I decided the minimum shutter speed in the Auto-ISO menu to 1/8s to be on the save side only to find out that some of the first shots were blurred. What’s going on here? I decided to change to 1/15s to avoid that I loose too many shots because of camera shake. Not exactly a perfect start with the new lens but the most important question for me was whether Canon finally has made real progress regarding the image quality of this type of lens. The new versions of their fast 24-70 and the 70-200 zooms are simply the best in the industry. Maybe they have managed to do something similar here?

But back to the IS for a second. Of course one might argue why you would need IS on a short lens but I think it doesn’t hurt to have IS even in a ultra wide angle. First: To me it seems that higher resolution cameras are more sensitive to camera shake. The old 1/focal length doesn’t work anymore. Second: If you include the foreground in a landscape shot you have to stop down quite a lot on a full frame camera to gain sufficient depth of field. In good morning or evening light this can result in rather long shutter speeds. 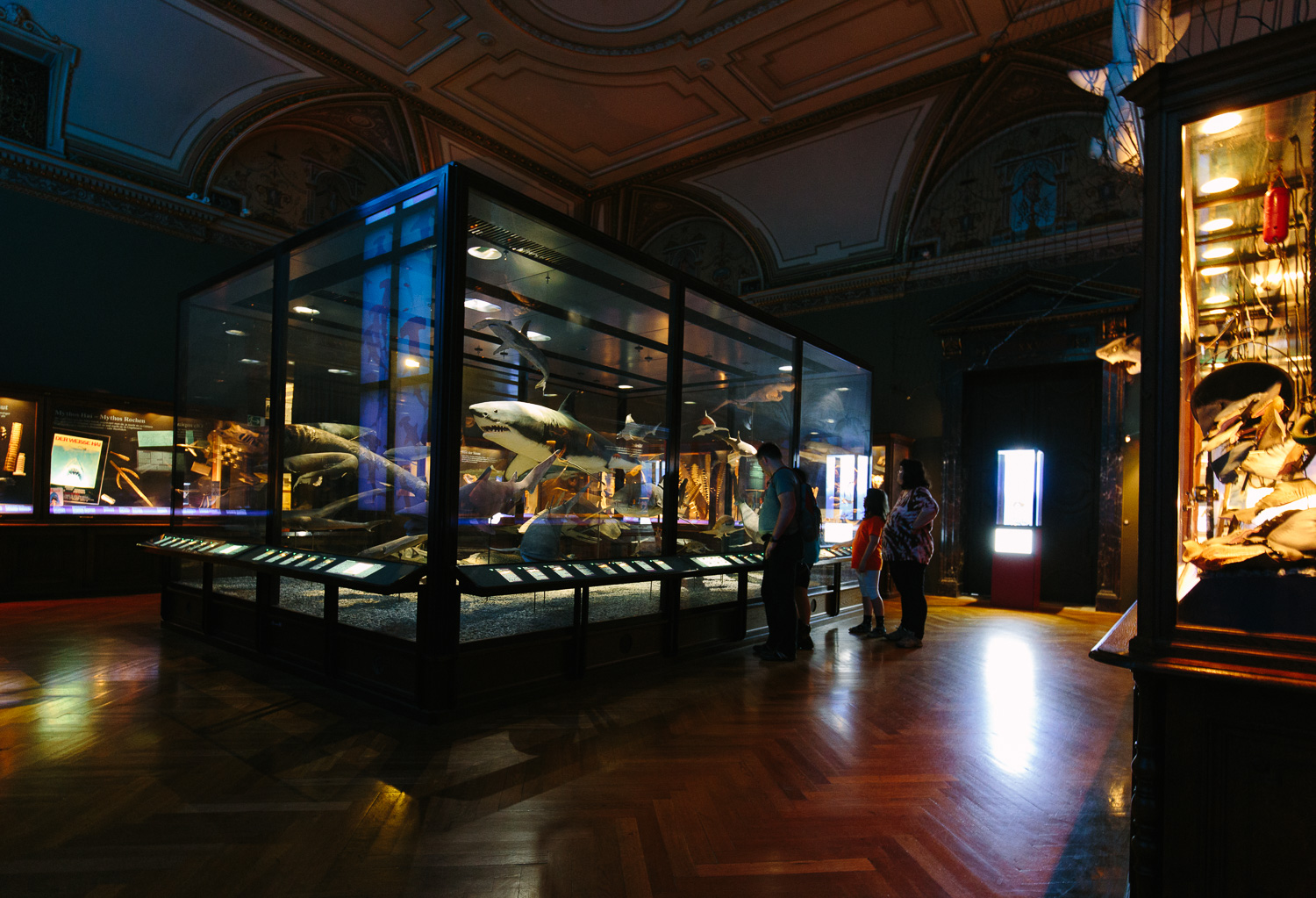 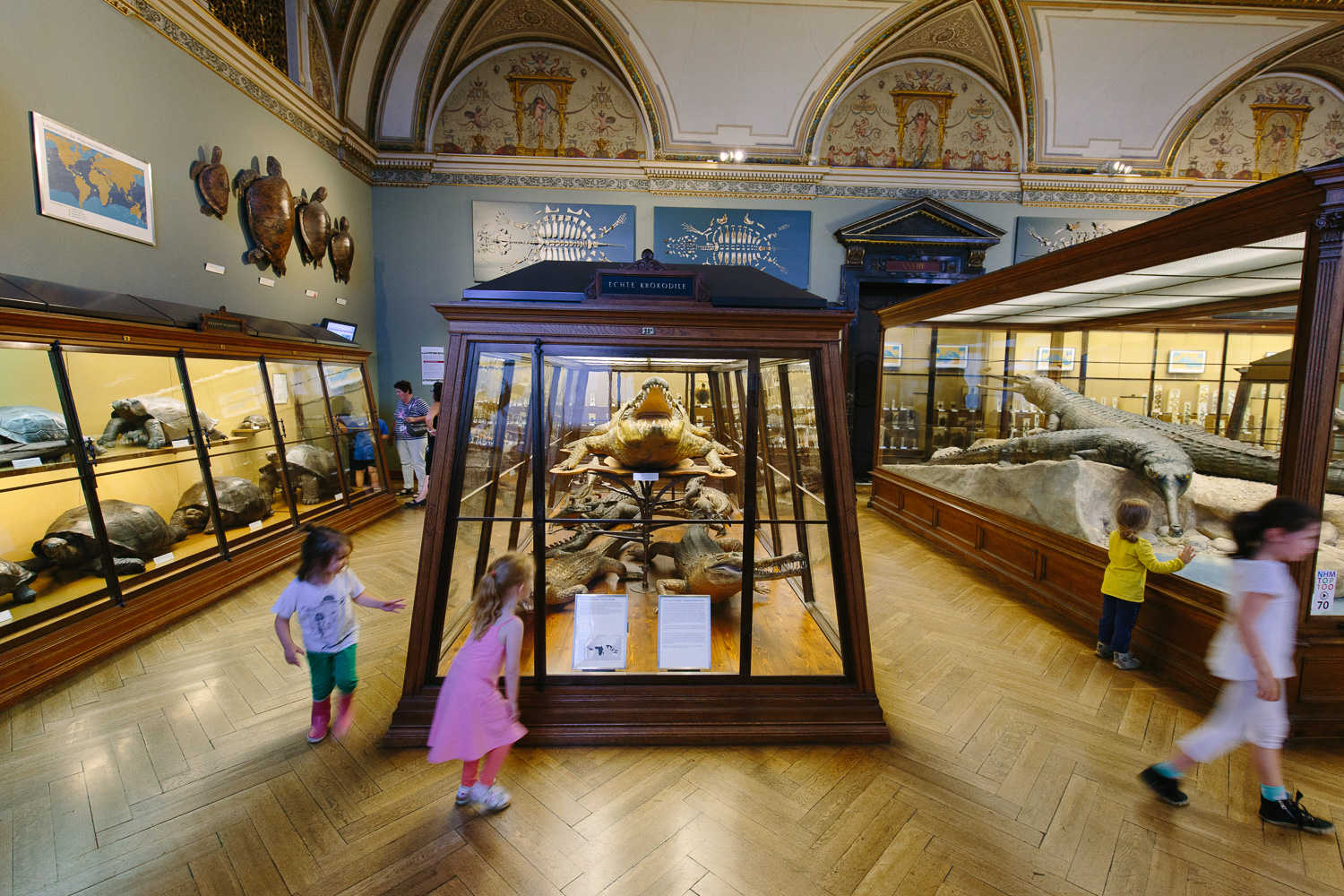 There is another reason why I changed the minimum shutter speed to 1/15s: Subject movement! As you can see in the shot above. 1/15s already blurred the kids to a certain extend. To me it works for this specific shot but more blur would have ruined the picture.

For this first test I will focus mainly on the shorter end of the lens. The reason to get a super wide angle lens is to use it at focal lengths below 24mm. Above that I can use my standard zoom but of course it is an advantage to have a wider range to avoid the need to swap lenses. I would prefer a 16-40 or even better a 16-50 to be able to leave the 24-70 at home when traveling light but 16-35 at least covers all wide angle focal lengths.

Below an example of the performance close to its longer end. 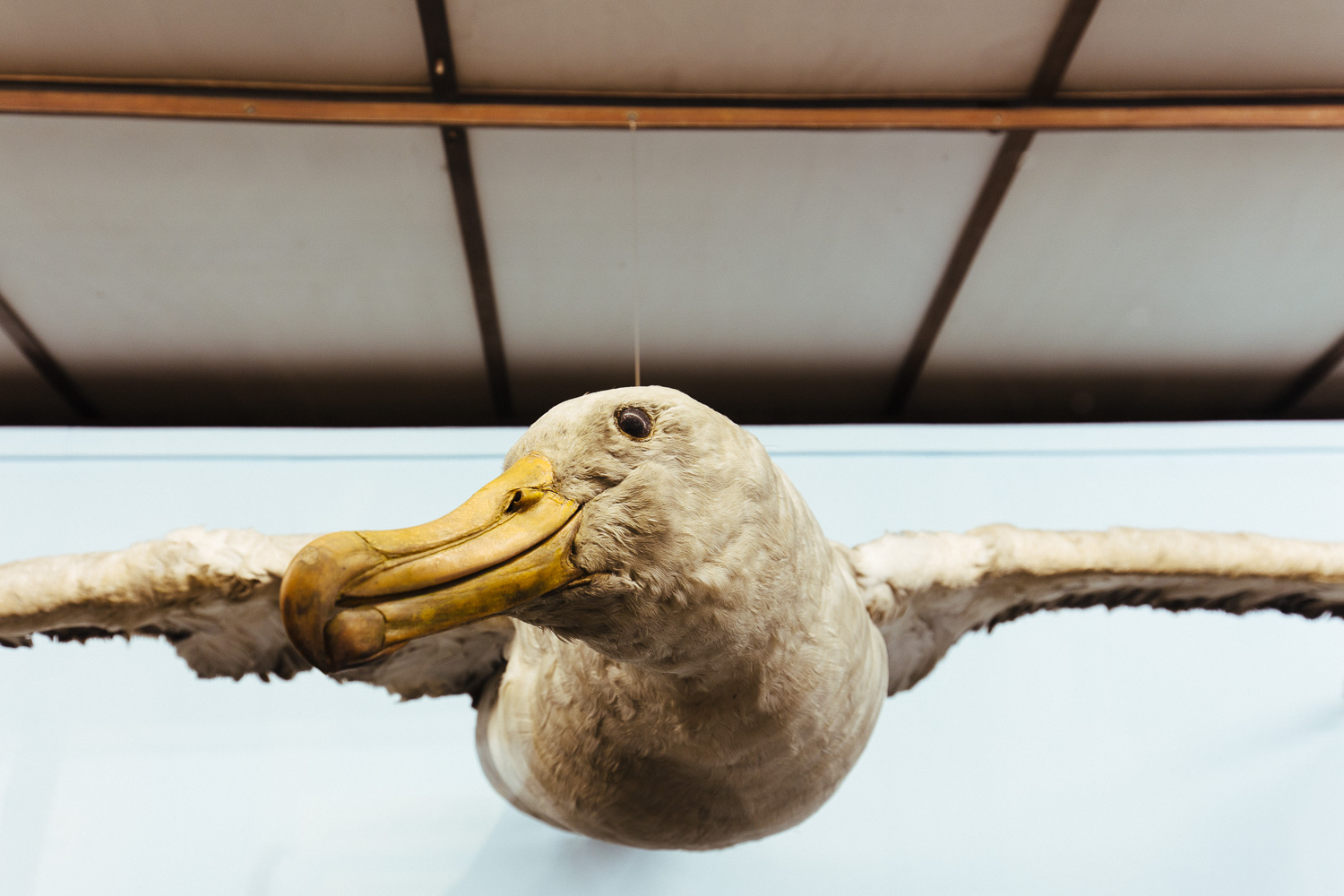 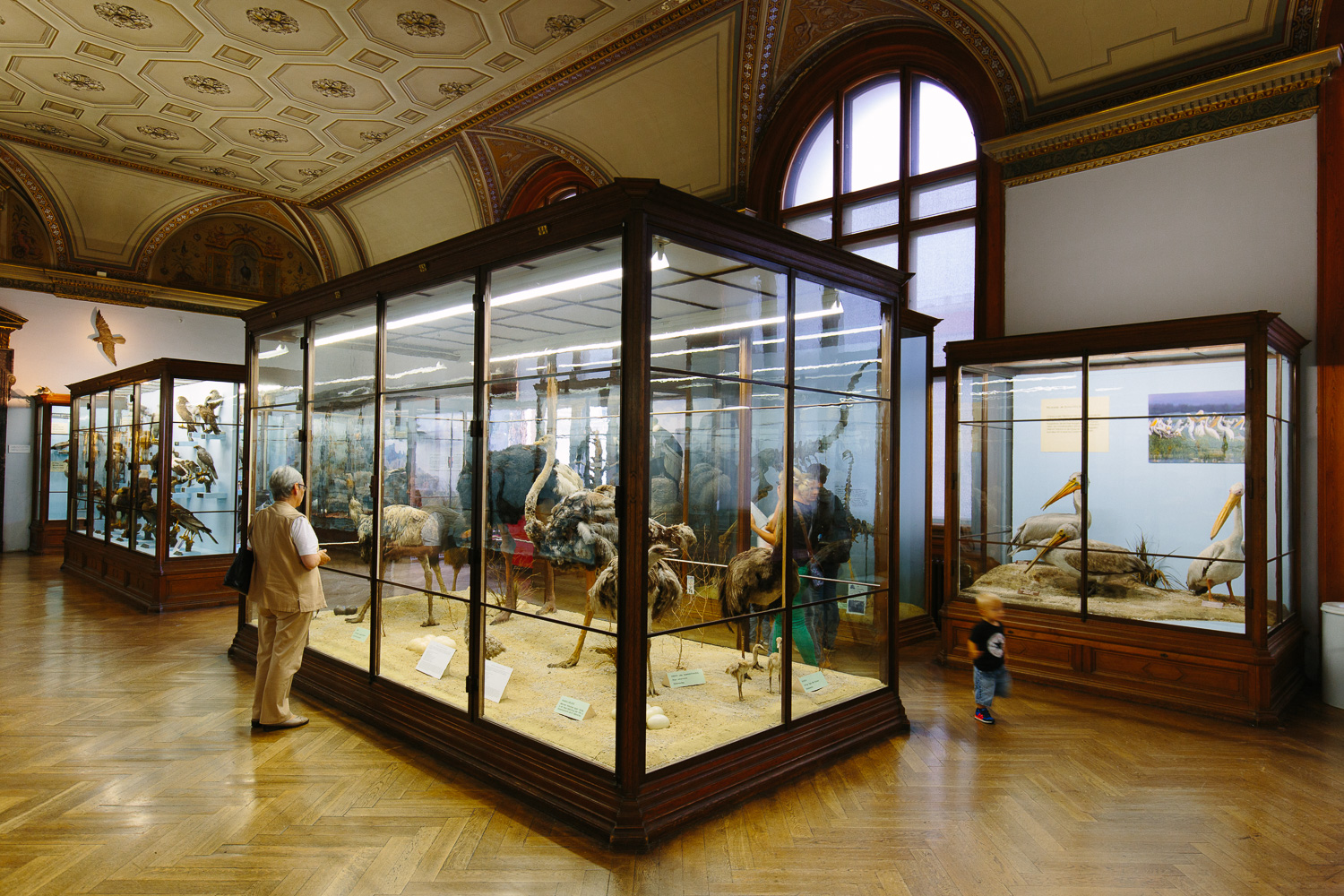 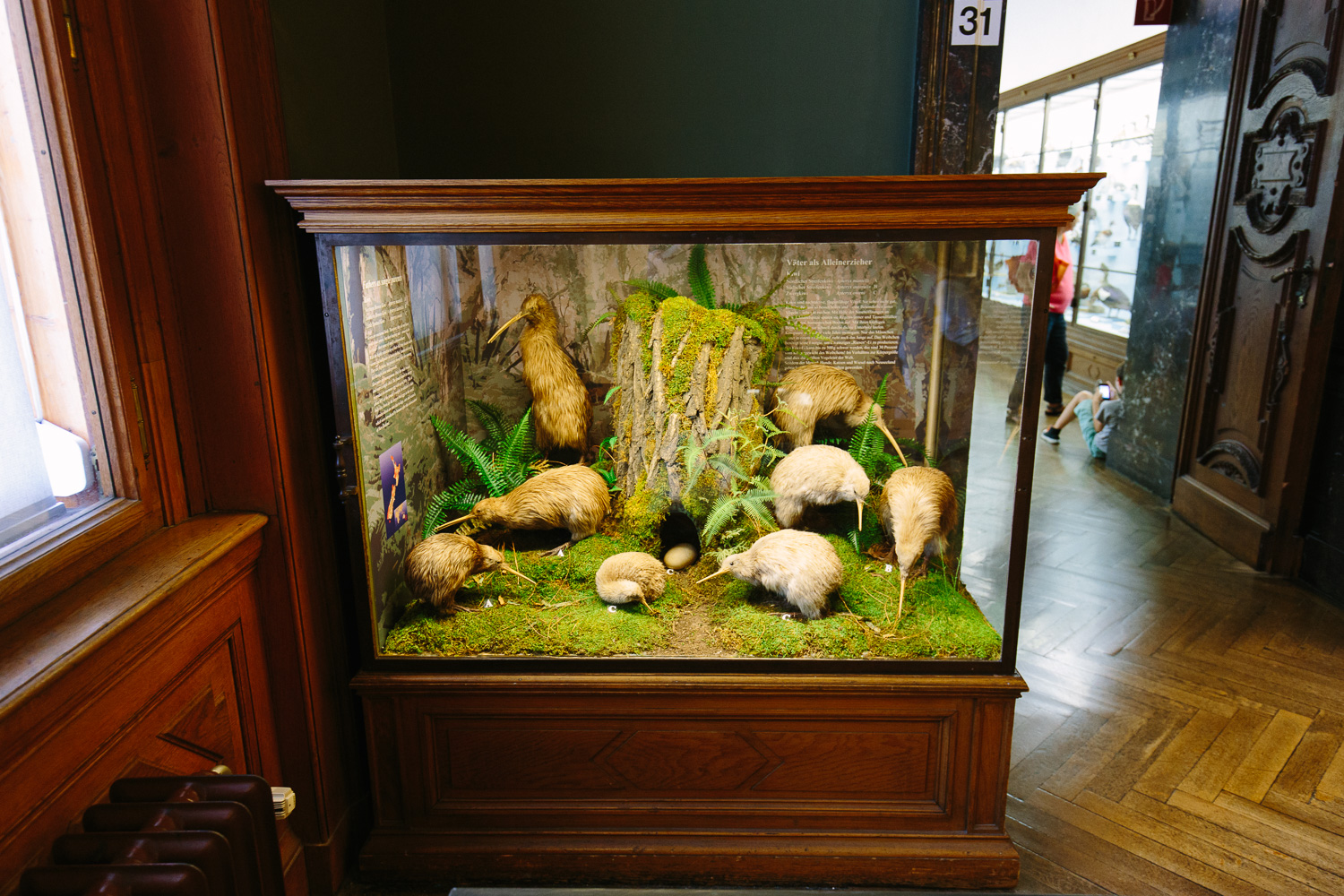 The lens balances nicely on the Canon 6D and it doesn’t feel front heavy. It is a substantial lens though and it feels and looks very similar to the 24-70 II. The lens shade is much nicer than the one of the 17-40L which was a large and ugly beast. This one is small and short. I’m sure it will not offer a lot of protections against stray light but first outdoor tests showed that the 4/16-35 IS is not very prone to lens flare.

I definitely prefer a small and unobtrusive lens shade to the ugly monsters Fuji created for their 14mm or even worse for their 23mm lens. The lens cap is a modern design, that means it can be operated with the lens shade in place. 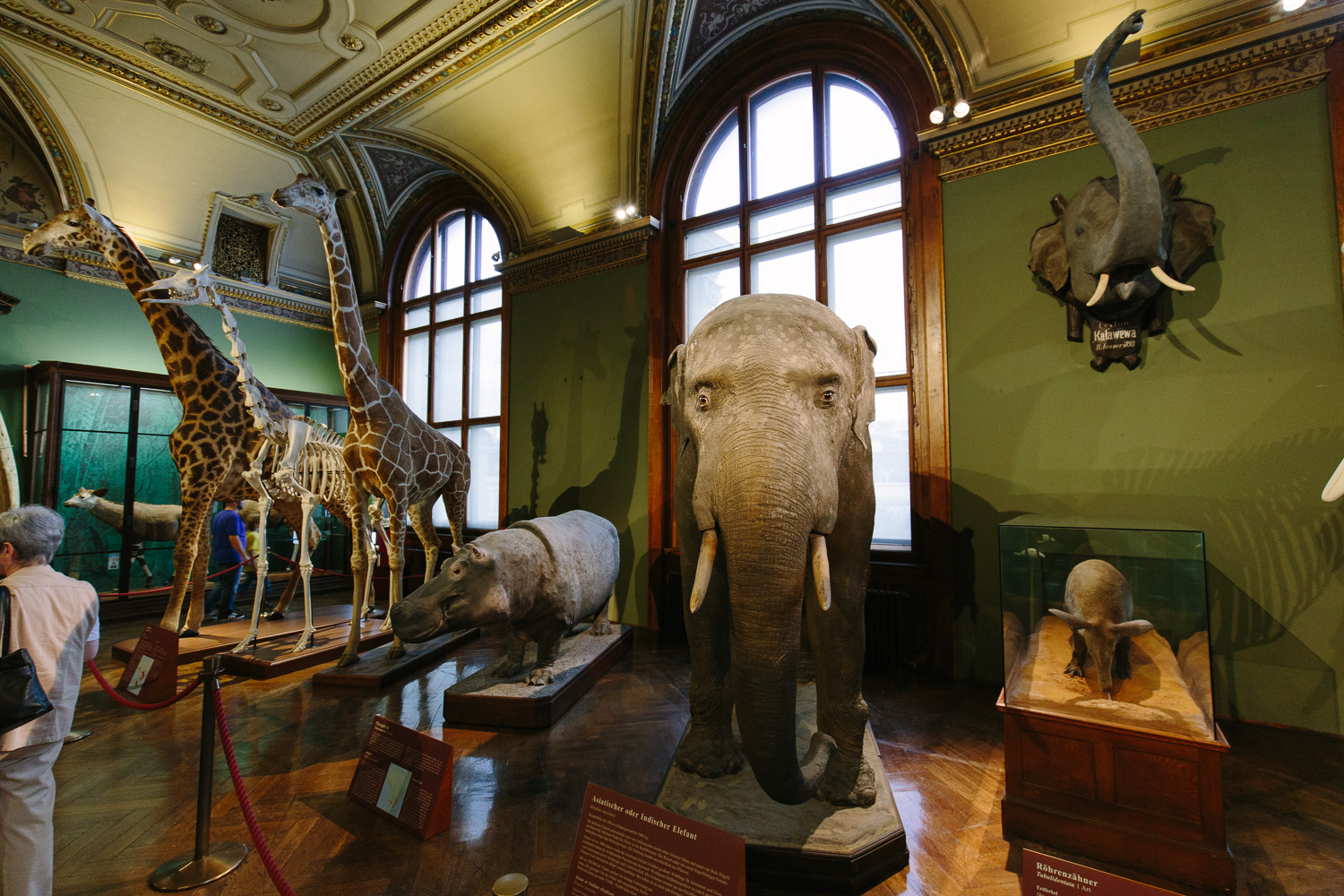 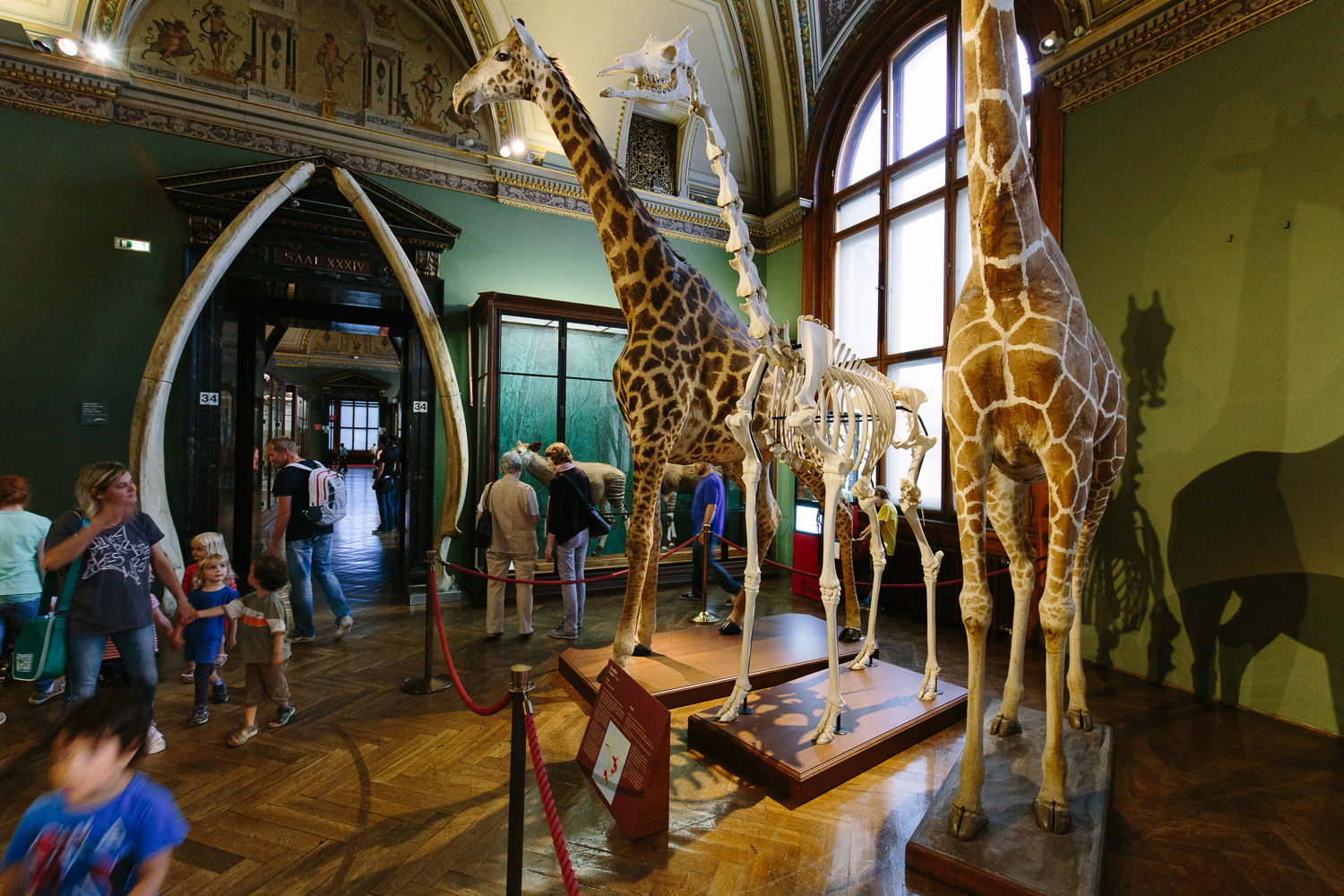 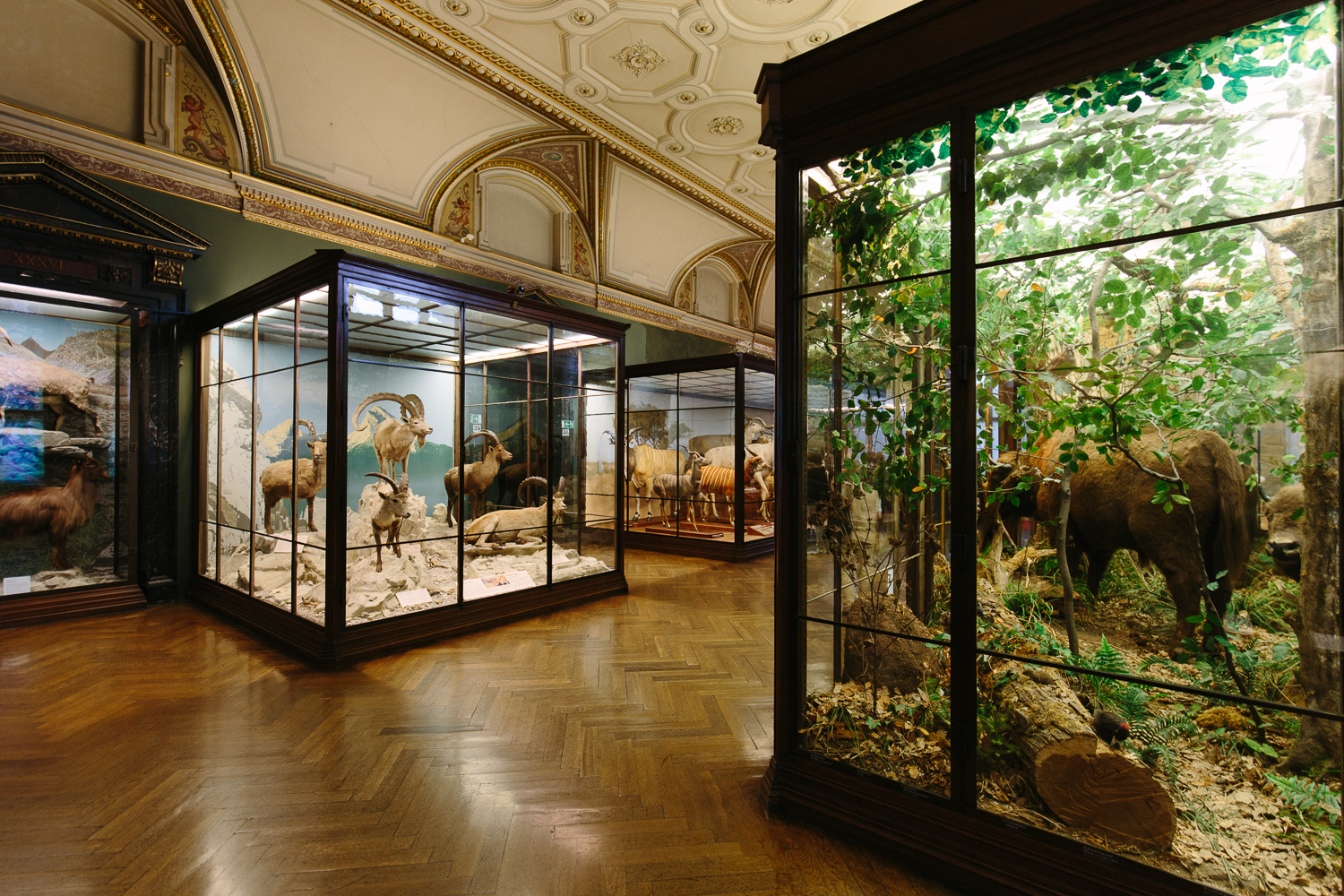 A 16mm lens is truly wide on a full frame camera and I have to admit that I need to get used to such a wide view again. First of all you need to be really close to your subject in order to fill the frame. Second: You need to hold the camera straight in order to avoid the aberrant lines. When you point the camera down it can give a nice dynamic effect but if you point the camera up the effect is much less pleasing. I hate buildings that look like they are falling back. This is not a fault of the lens. All wide angle lenses show this effect.

But there is another effect that almost all super wide angle lenses have: distortion. Today distortion is not a big deal anymore because it is either automatically corrected in camera when shooting JPEG or in Lightroom if Adobe LR support the lens. Just when I returned from this shooting the update to 5.6 (which includes the profile for the 4/16-35 IS) was available for download.

But it is a very good thing if distortion is low. On my Fuji XF14 there is zero distortion. I love to look at a building through this lens. All lines are straight. The 4/16-35 IS has some distortion at its wide end but it’s not a lot. I don’t get sick when looking through it but the distortion is visible and it disappears when you zoom in a little. At 20mm it is gone. 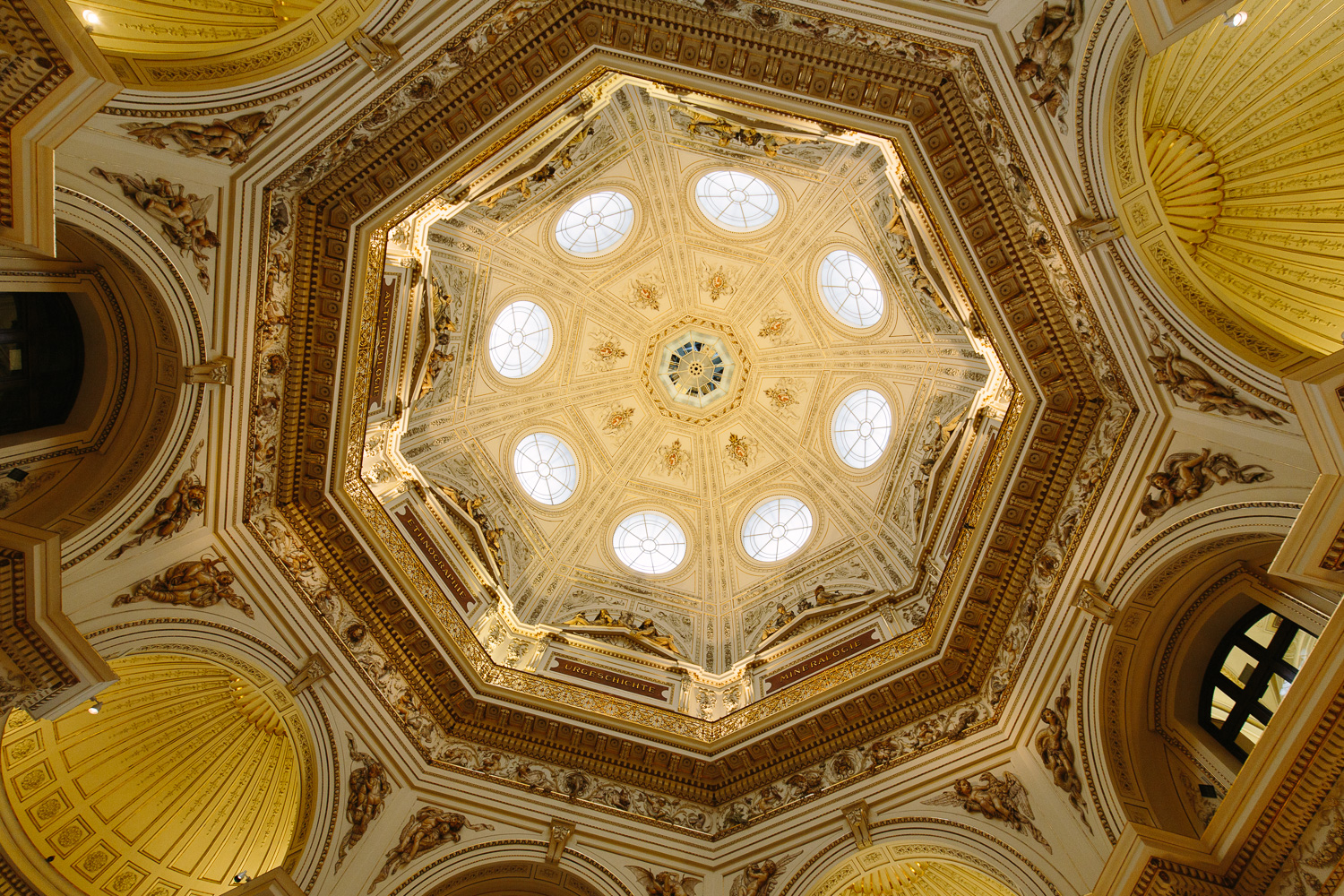 Optically the lens is a true winner. I doubt that primes will be much sharper than this. In this area it reminds me on the 24-70 II which is almost like a set of primes packed into one single lens for convenience. The 4/16-35 IS is a really great lens and a good match to the 24-70 II and the 70-200 II. It’s almost as good as these fantastic lenses but it does not have their astronomical price tag. The price is very reasonable and I can’t see why anyone would purchase the 17-40L or the 2.8/16-35 II instead of the new lens. Maybe Canon will also bring a successor of the 2.8/16-35 II but I doubt it. But if they do the lens has to be fantastic with excellent wide open performance and even than I think it would have a hard time to compete with the IS version. 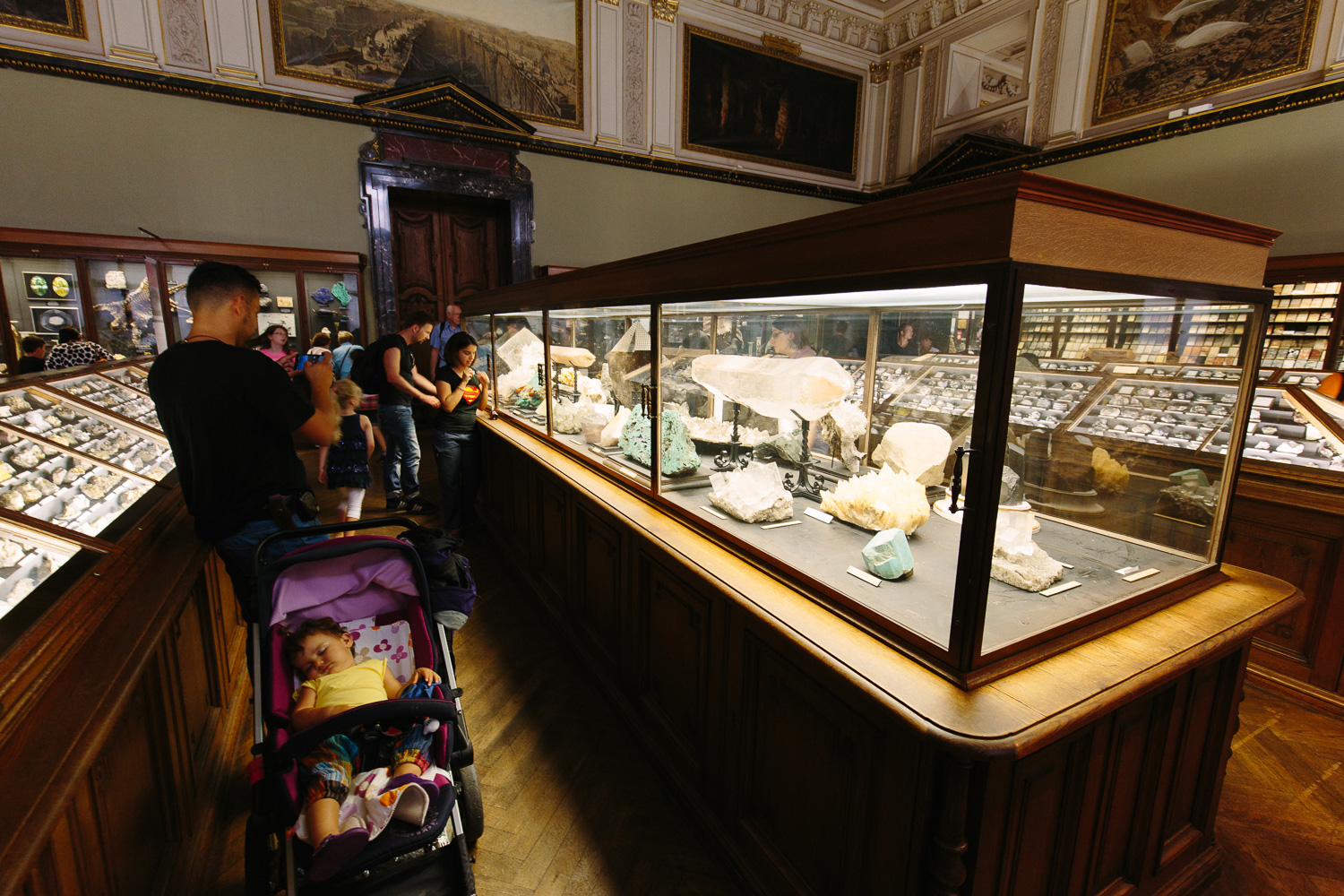 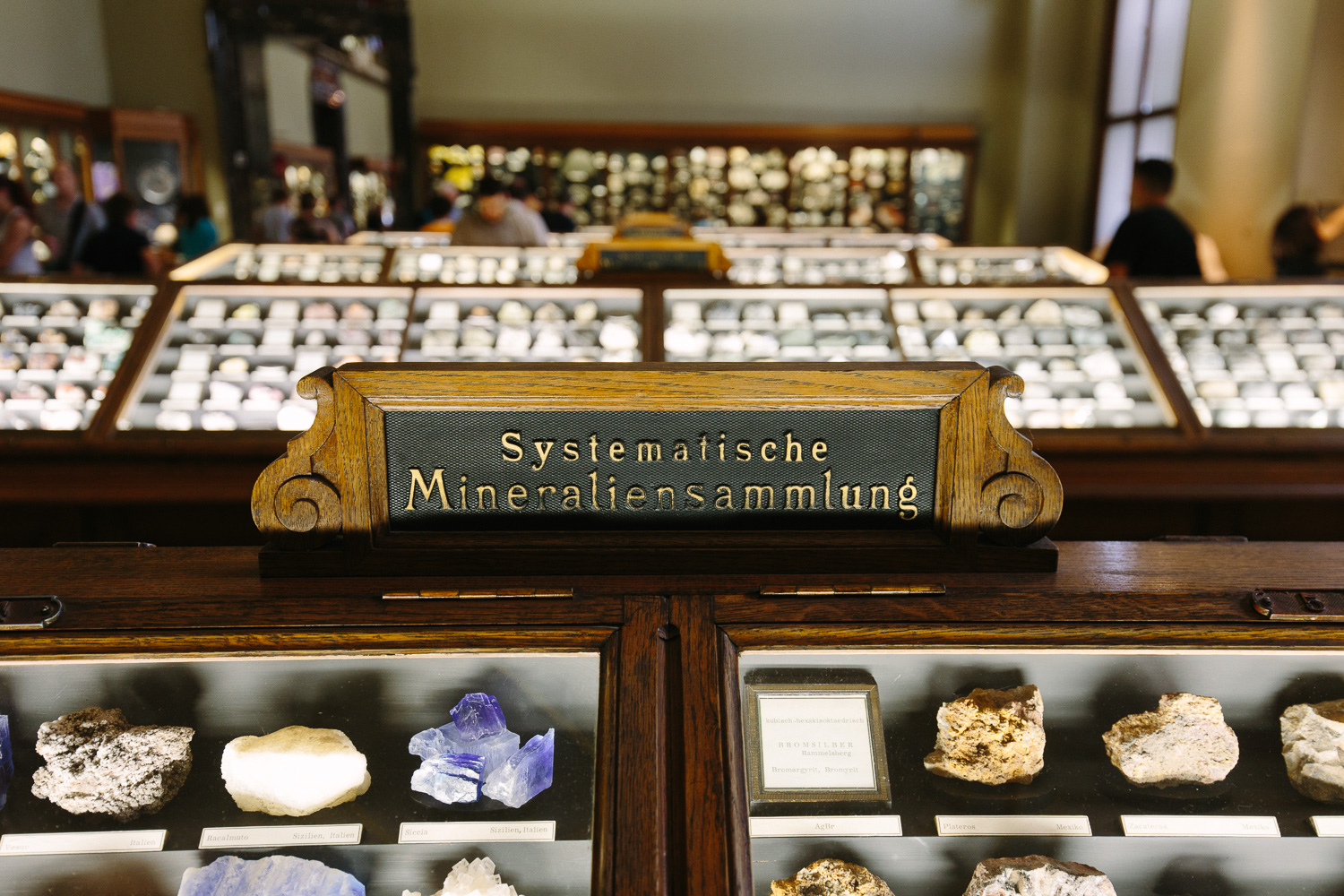 Which brings me back to my only slightly disappointing finding of my little review. IS seems to be not very effective. I didn’t expect that I would be able to handhold s shutter speed of 1 second but because of the 4 stop claim I expected sharp pictures at 1/4s even when shooting sloppy (I know that IS needs some time to settle, I’m talking about not holding my breath when talking the picture). I blurred shots at 1/8s. That’s only 1 stop at the wide end. Sometimes I wasn’t sure if IS was working because it is rather quiet and it was very busy and loud in the museum.

But in other cases I did successfully handhold 1/4s. I did not try out longer shutter speeds so far but I would use them very seldom. I never fully trust the IS claims and even more important I like to include people in my pictures. If you do that 1/15s is the slowest you should go to avoid massive blur by subject movement. Even for small rivers and streams I prefer shutter speeds around 1/15s or 1/30s. I don’t like the extreme long exposures of running water. But if those shots are your cup of tea you need to use a good tripod anyway. I guess IS can also help for panning shots to avoid vertical movement.

The best way is to see the IS on this lens as a helper to give super sharp and crisp shots at 1/15s without the need to hold your breath till your face turns blue. 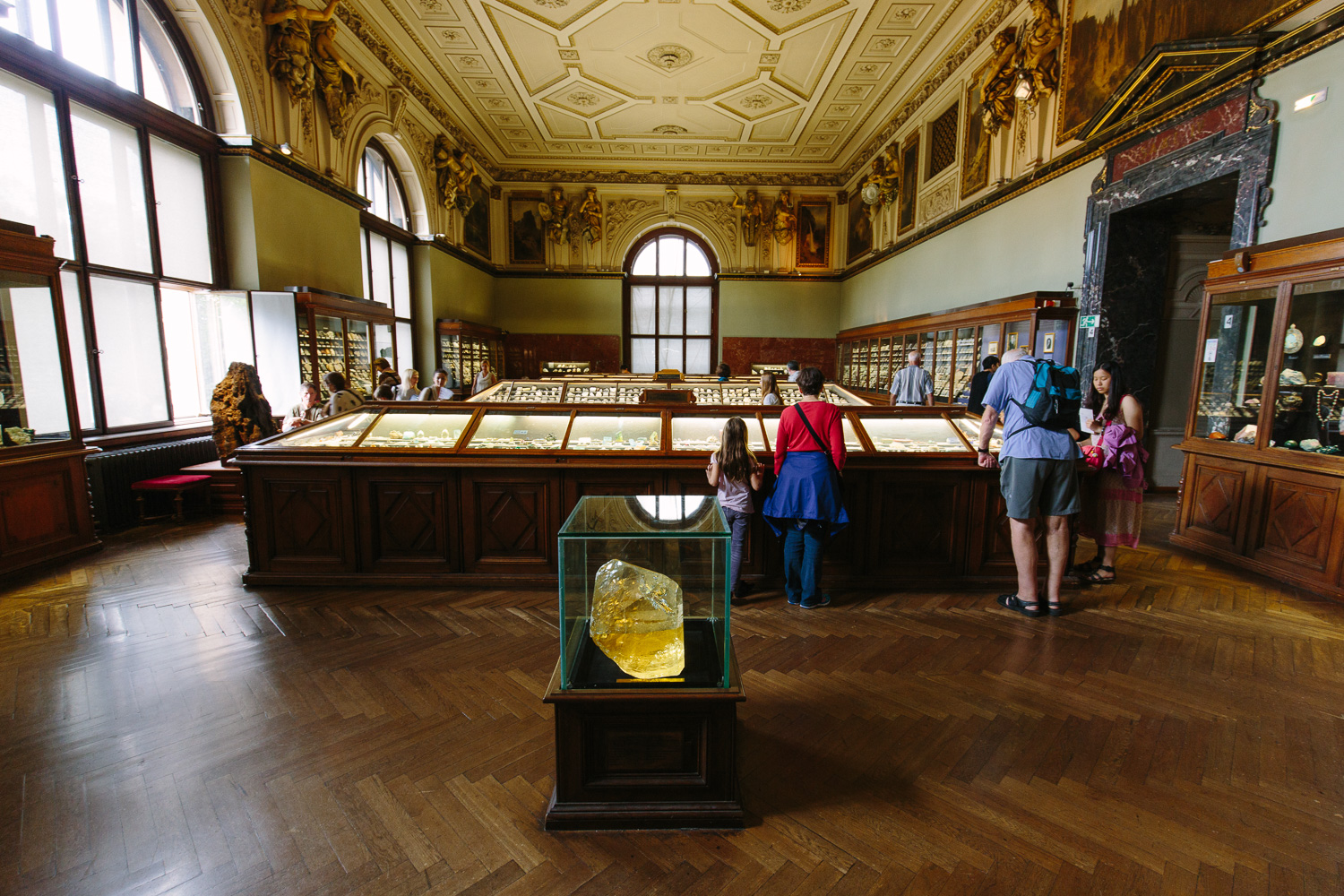 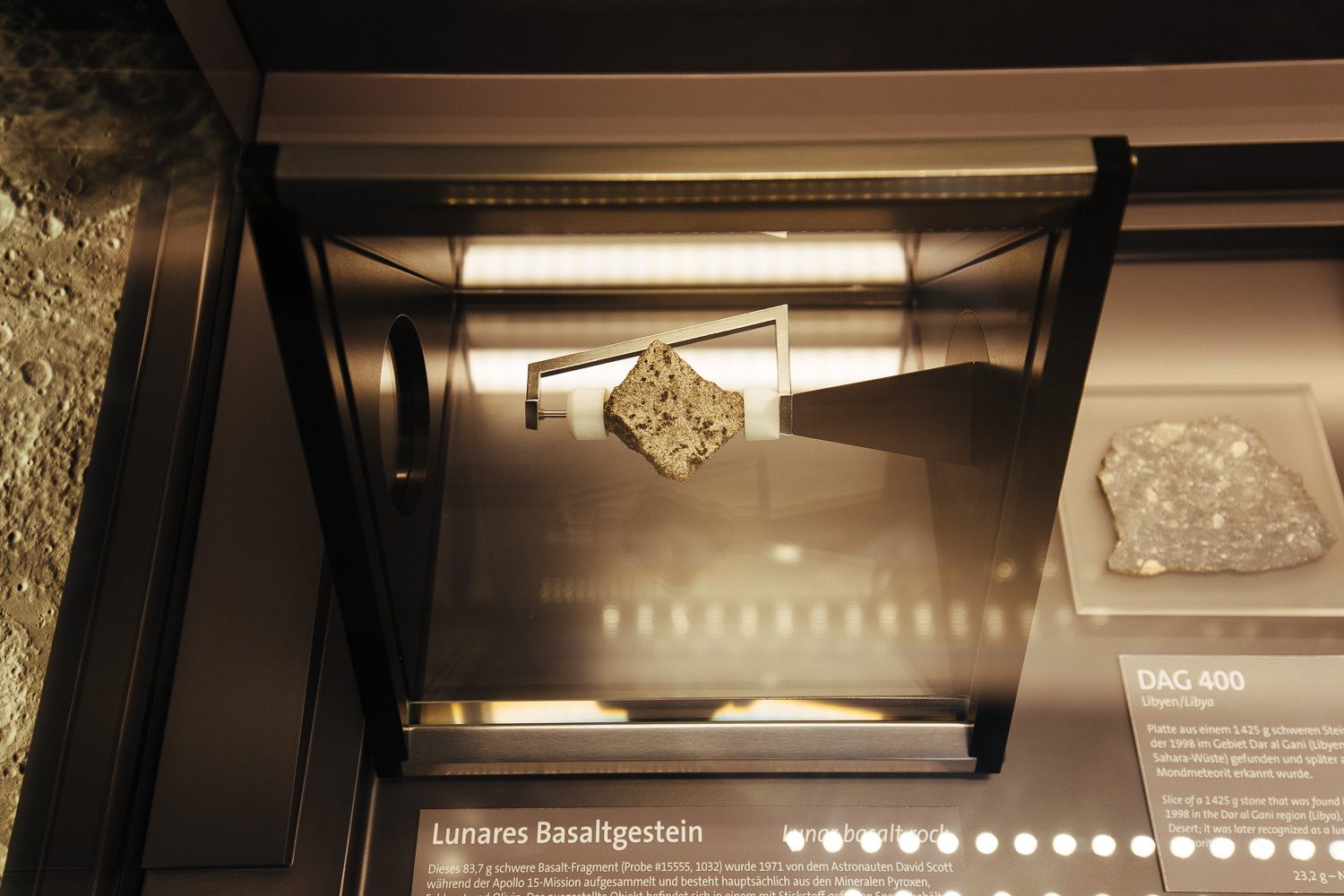 Canon always produced great lenses. Fantastic primes like their super tele lenses. Outstanding portrait lenses like the 85L and the 135L. Very fast and special primes like the 24L, 35L and 50L, the great tilt shift lenses and macros. Not to forget the outstanding 4/200-400 IS with built in TC for professional nature photographers and wealthy enthusiasts.

The new released zooms 2.8/24-70 II L and 2.8/70-200 IS II L are the best in the industry and now Canon finally managed to produce an excellent super wide angle zoom. The last area where Nikon had a better offering and a lot of Canon shooters adapted the 14-24. I think that’s history. I see no reason to use Nikons 14-24 over the 16-35 IS from Canon. Of course the Nikon offers 14mm on the wide end but 16mm is already very wide and sometimes too wide. The Canon has the more useful zoom range and not the disadvantages of the Nikon like its extremely front heavy design and a front lens that doesn’t allow the use of filters.

The new 4/16-35 IS L is the last piece in the puzzle to create the most complete and best lens line in the industry. Today Canon seems to be a little behind Nikon with their sensors but there lenses are better than ever. They will most likely update their camera bodies within the next 9 months and when they do they will offer the best and most complete system on the market. Now Canon could start to seriously enter the mirror less camera market.

I think I missed to mention Bokeh. I guess that’s why Bokeh isn’t the first thing that comes to mind when you think of wide angle zooms. Usually everything in the picture will be more or less sharp. But on its longer end and shot wide open there is some limited depth of field and in these shots the Bokeh looks nice.

What to do? If you held back to buy a wide angle zoom from Canon till now rush out and get it. If you already own one of the older lenses and if you are happy with their performance just never ever try out the new lens. 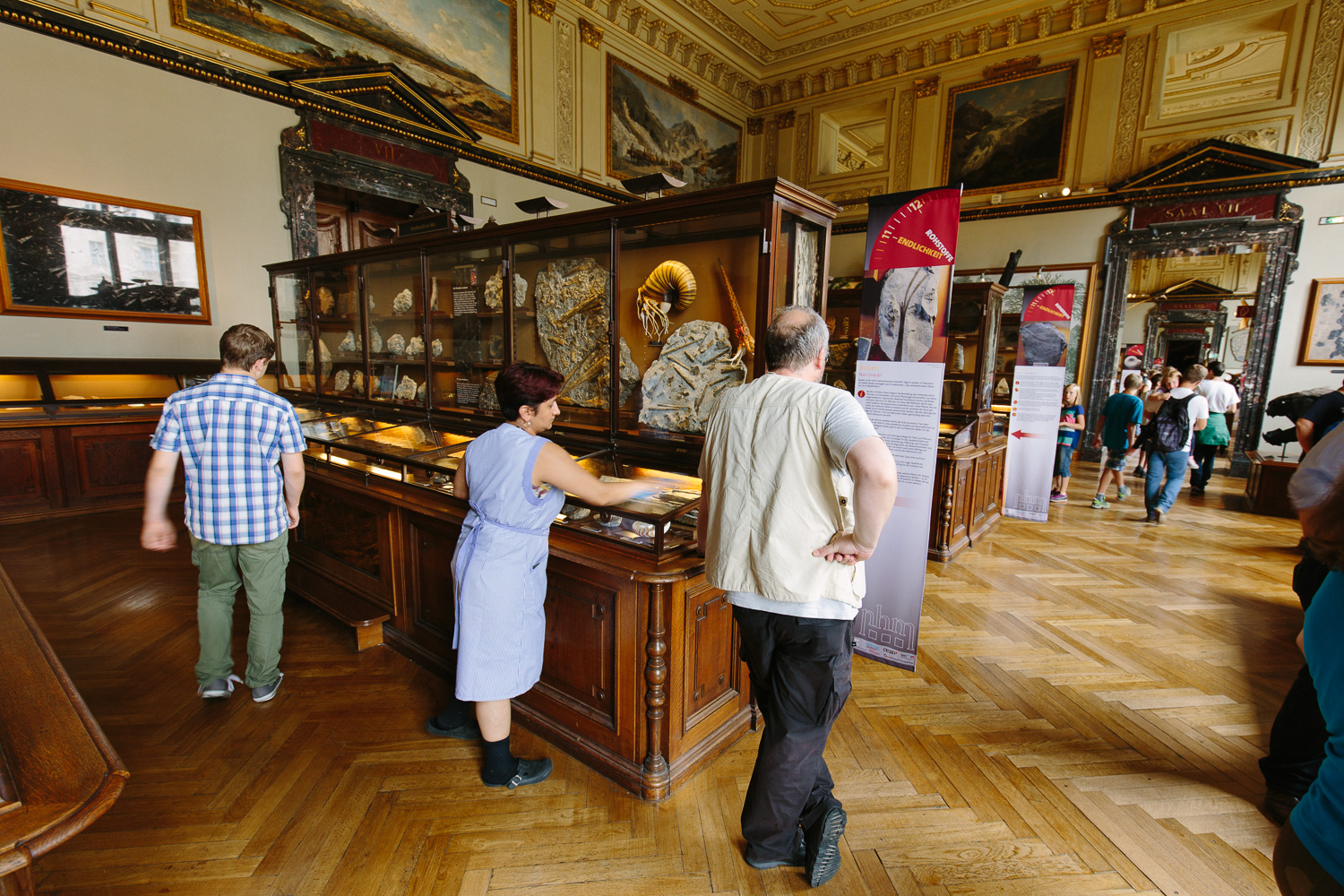