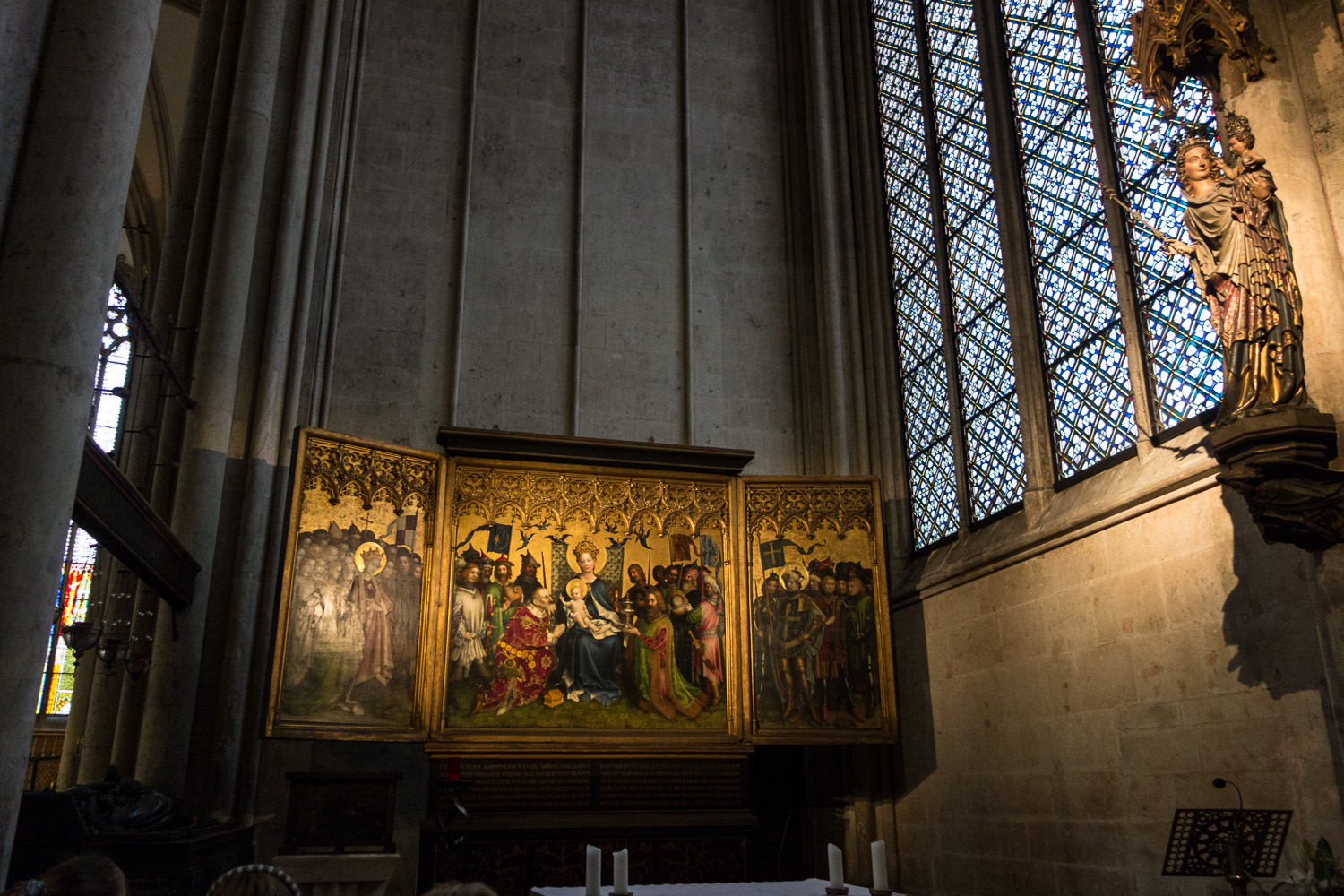 This time it’s a less exotic business trip destination. Germany! I have been to Germany numerous of times. I worked for a couple of German companies or companies that had their European headquarter in Germany. I have been there for trade shows and business meetings. I go there on a regular base to see my parents in law but I never was in Germany for vacation.

It’s strange because Germany is a beautiful country with lot’s of history and great old towns. It’s close and the language is the same but I never went there and very likely never will and here is why: It’s too close to what I get at home. When on vacation I simple want to go to a place that looks and feels different like Canada, USA or closer to home like Ireland, Scotland or Portugal. 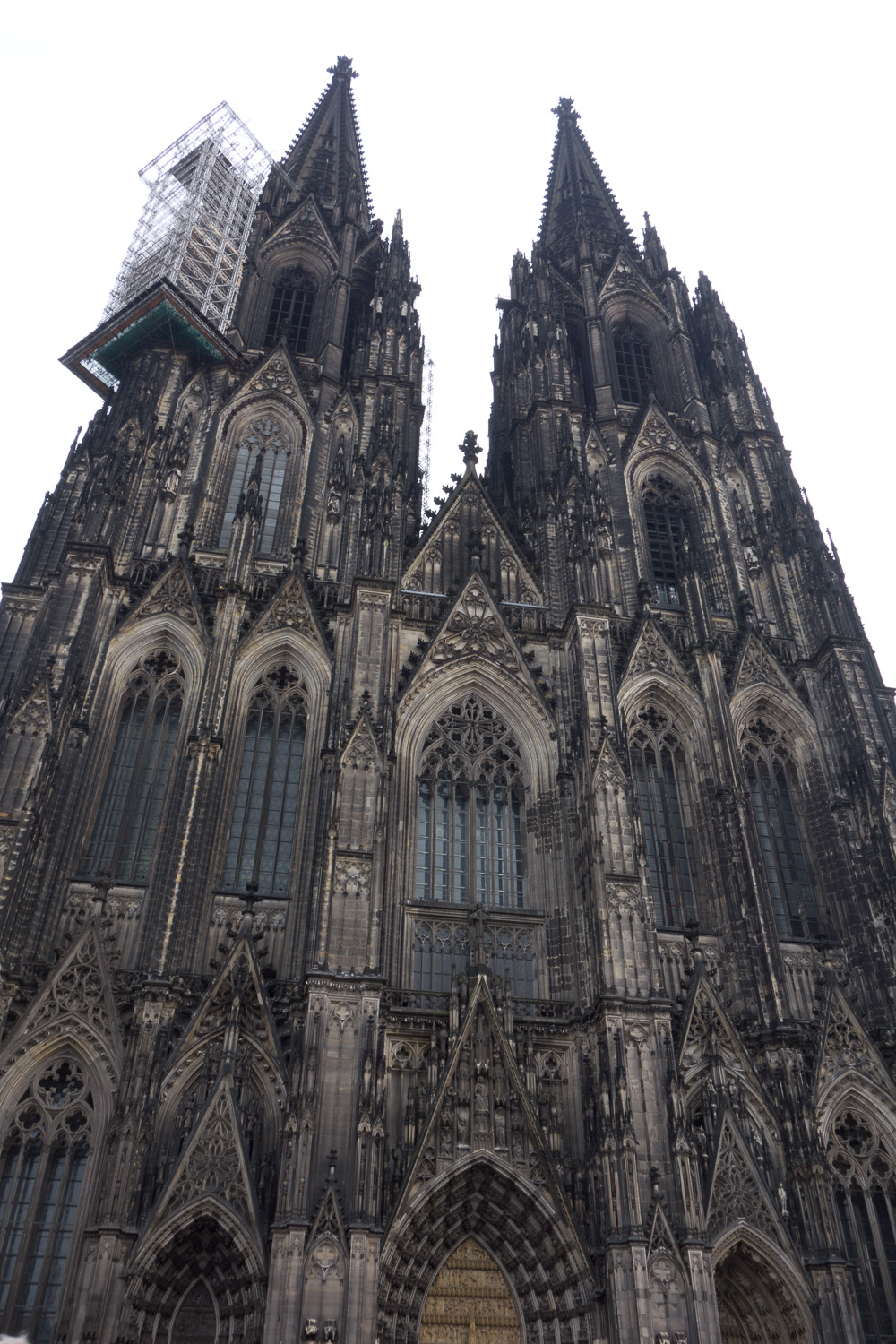 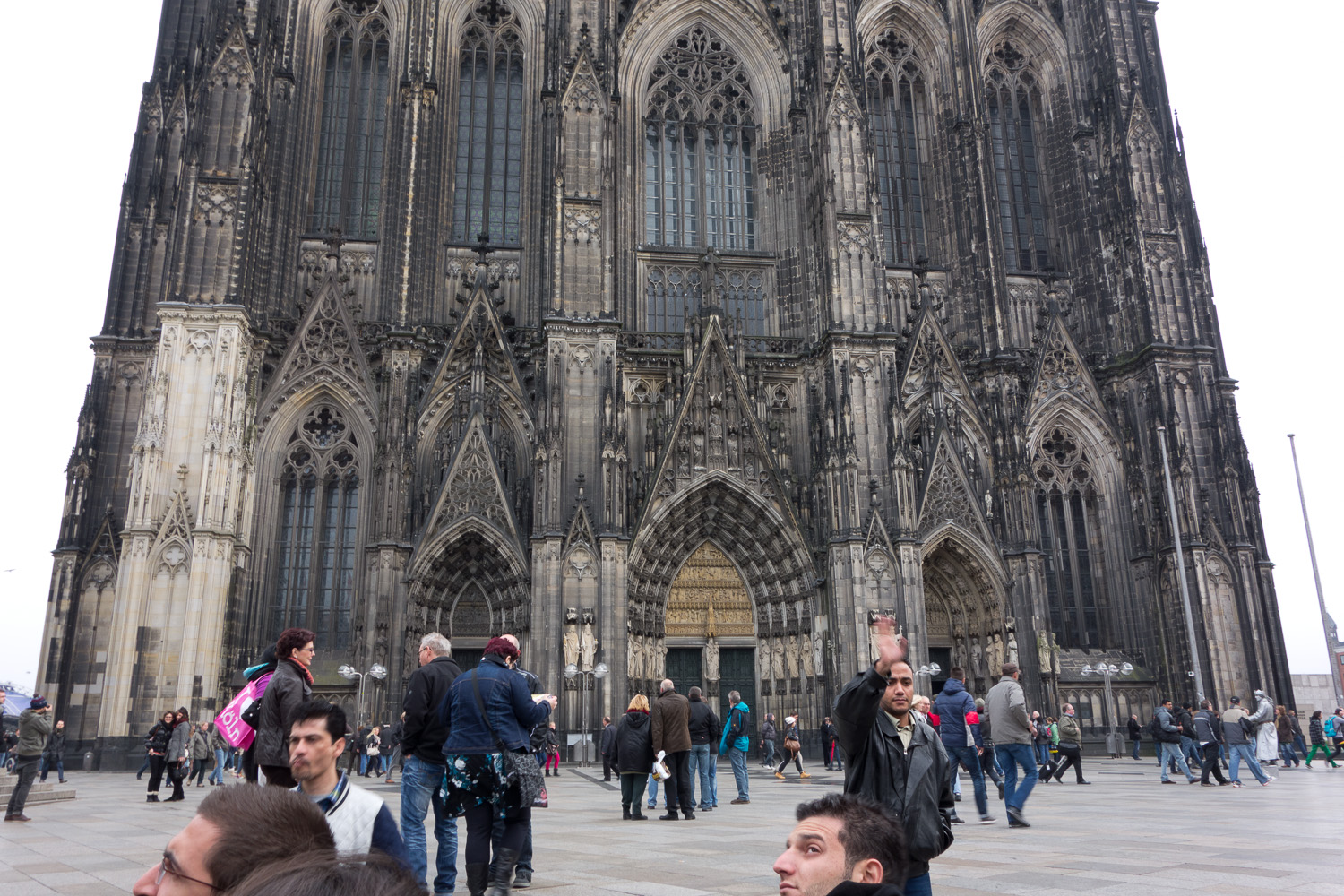 The business trip was a one week training with a hotel placed right in the middle of nowhere but on Saturday we were visiting Cologne. I was really looking forward to that because of the cathedral. It’s the third largest church on earth and when it was finished in 1880 ( after “just” 600 years of construction ) it was the highest building on earth! No I did not knew that before I just googled. 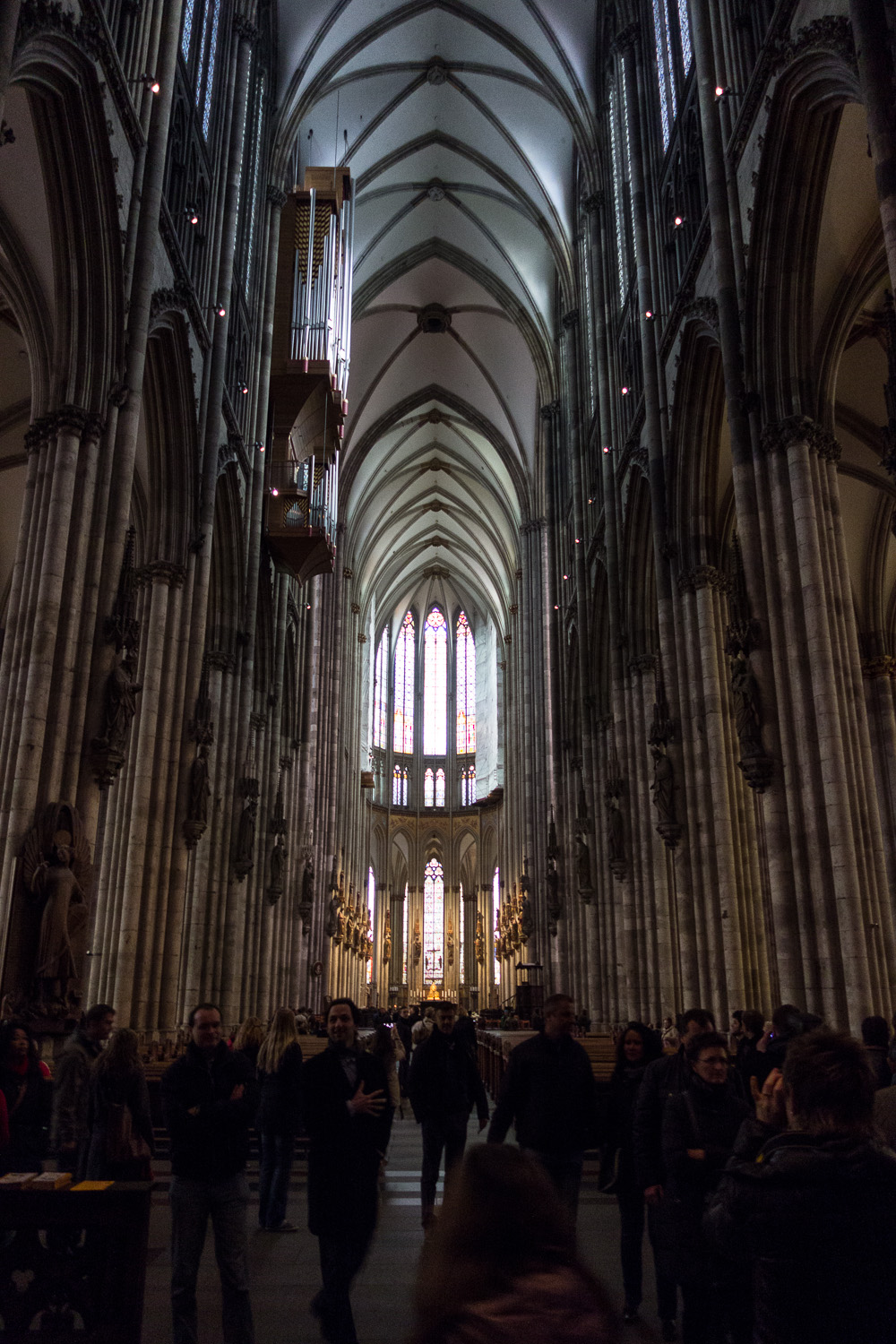 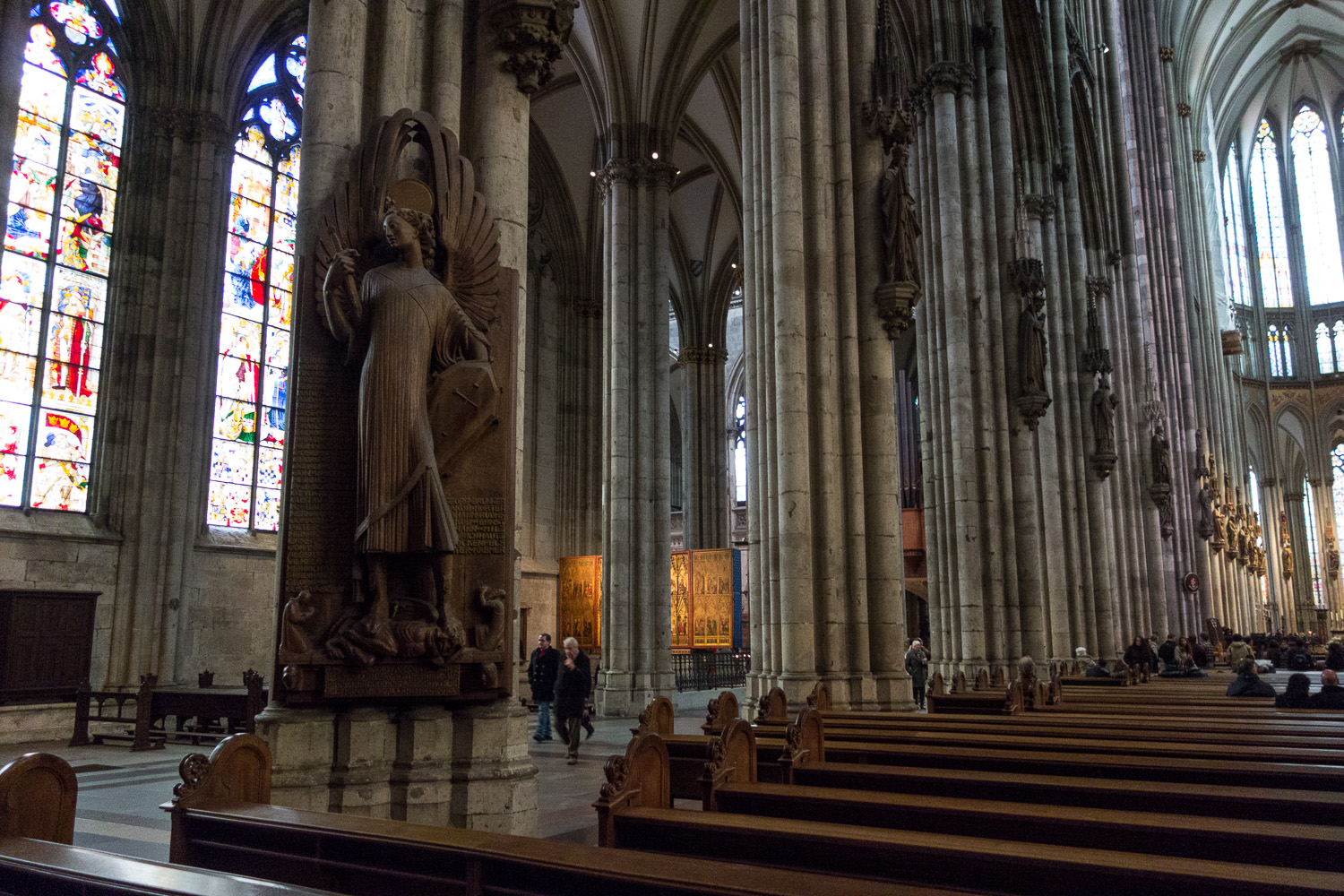 Of course it is mot the highest building anymore but it is still impressive. Even by todays standards. Cathedrals are the first skyscrapers. It’s easy to imagine that these buildings must have left a deep impression to the people a couple of hundred years ago. There were no comparable buildings except the other cathedrals. No wonder that they believed in the power of god when they first saw them. And I guess that was the main goal their architects had in mind. 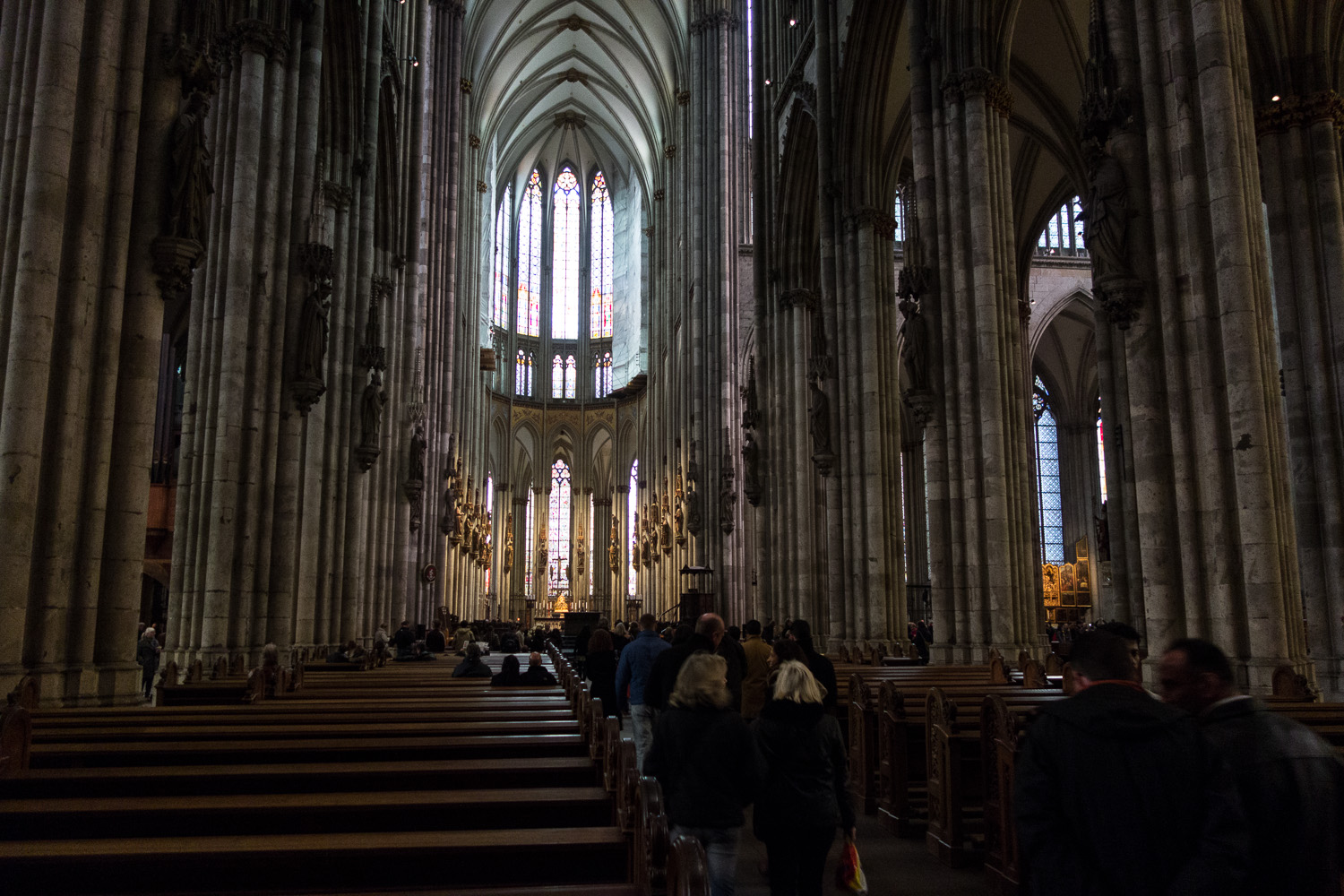 Today there are much higher buildings and though I’m not a religious person I’m equally impressed by these big old churches. They are truly impressive. It’s hard to imagine that centuries passed by during their construction. Today even the tallest skyscrapers are build  within 1 or 2 years. But there is a quality to these cathedrals that is completely different. Somehow they are almost as if they are not from this world. 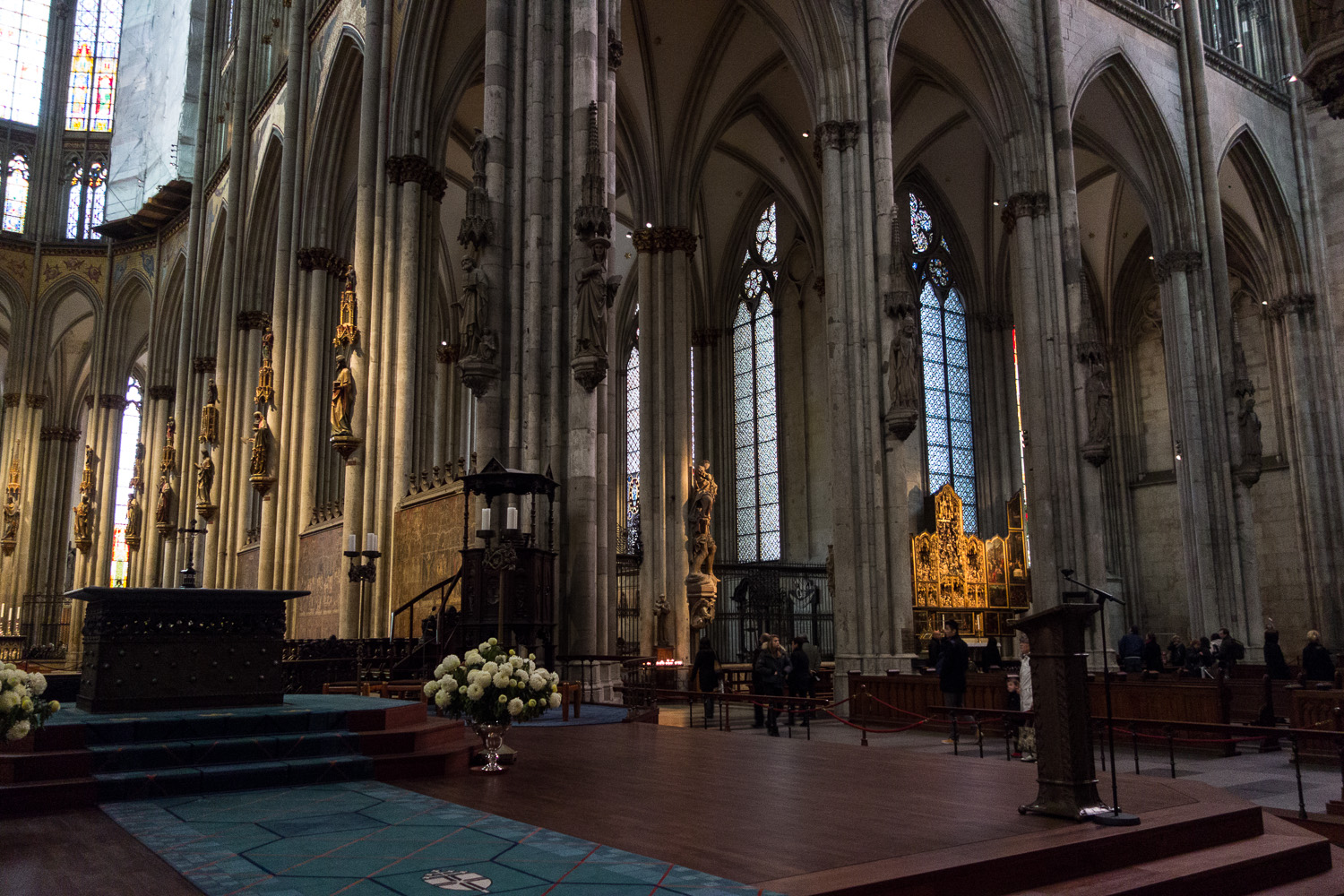 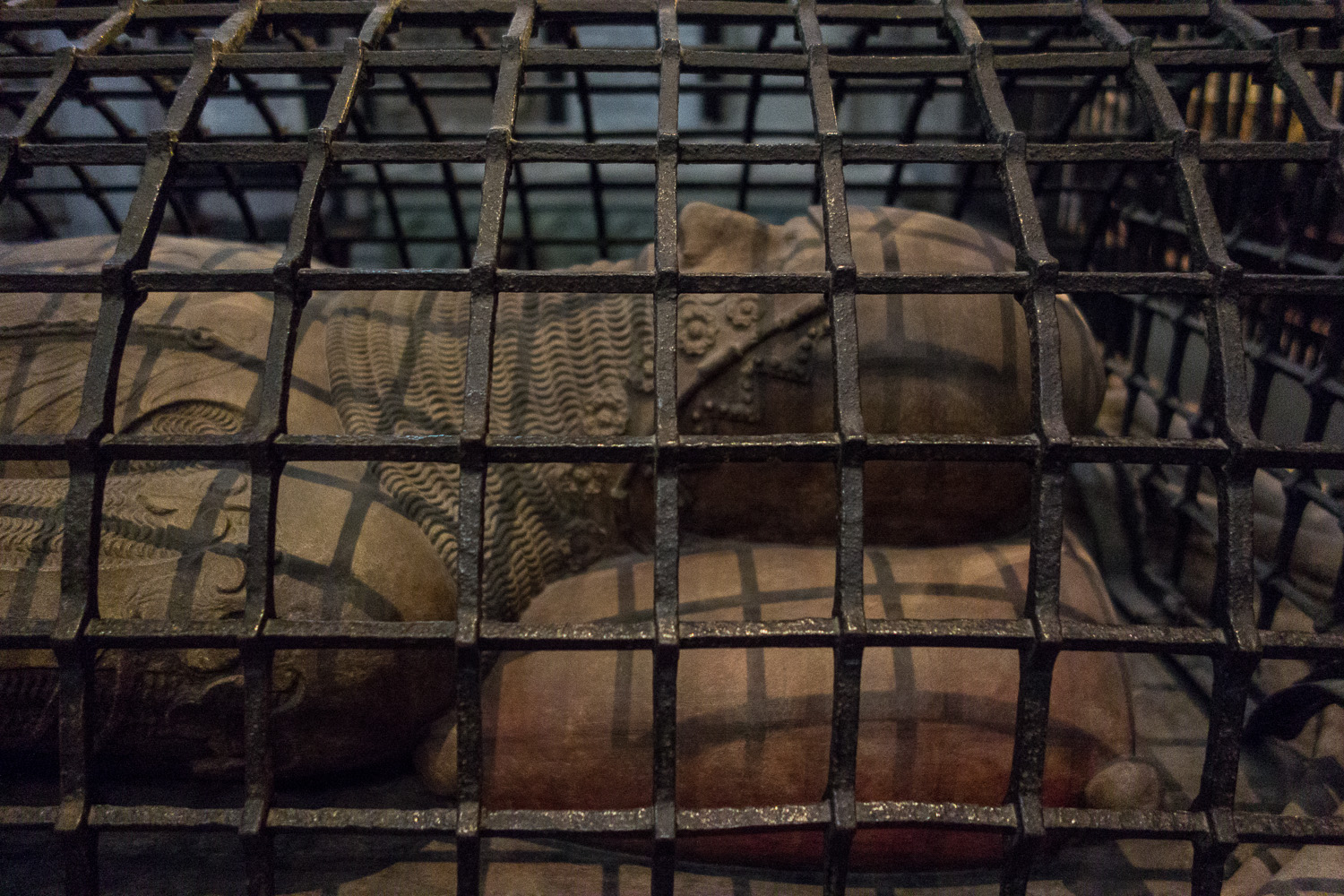 The weather was dreadful and it was very dark inside. The Sony RX100 did a very good job and made me almost not miss my X100. The image above has been taken at ISO 4000! Of course there is noise but it is still fine. I have seen many smart phone shooters in the cathedral but I can’t imagine that they will be happy with their photos. 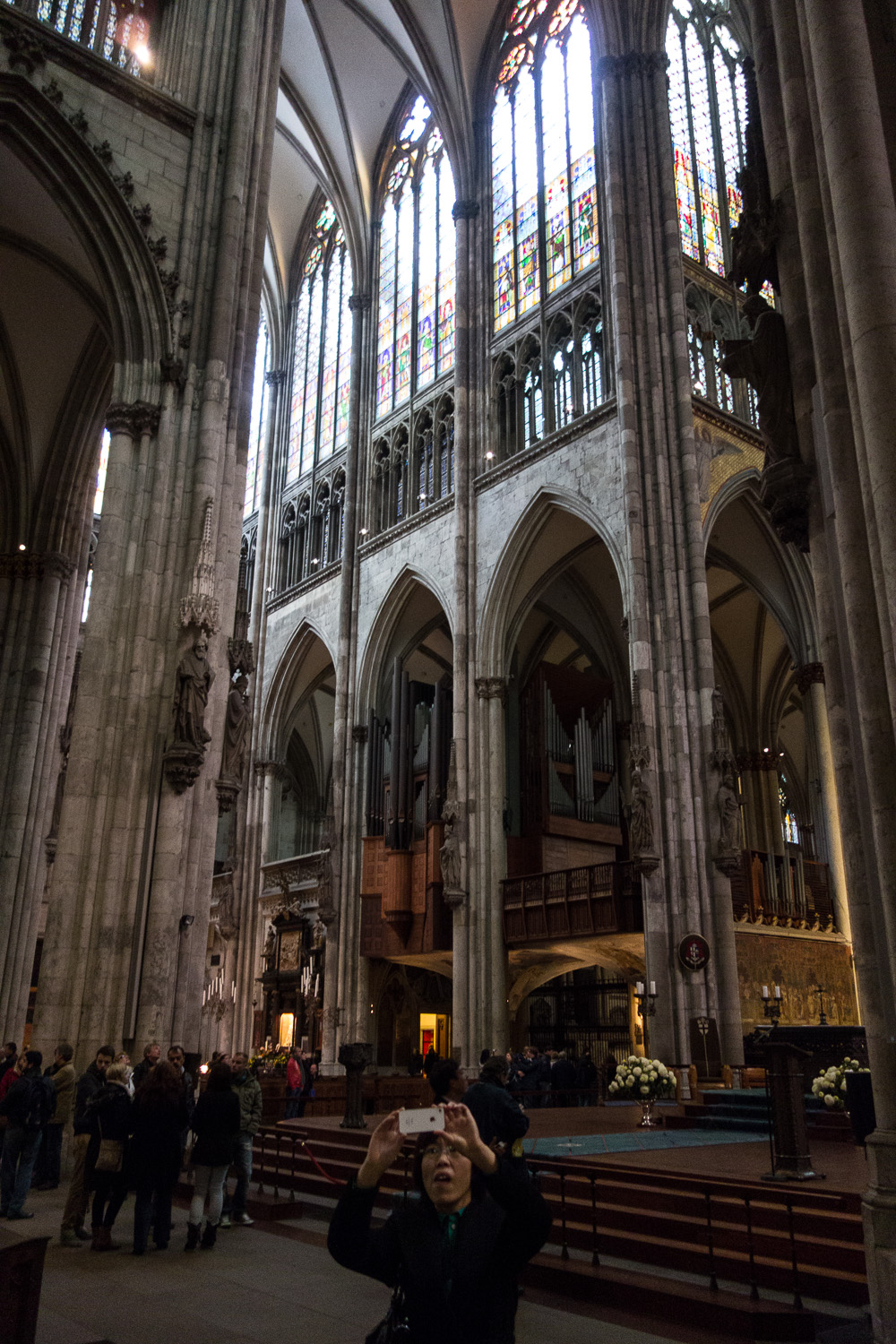 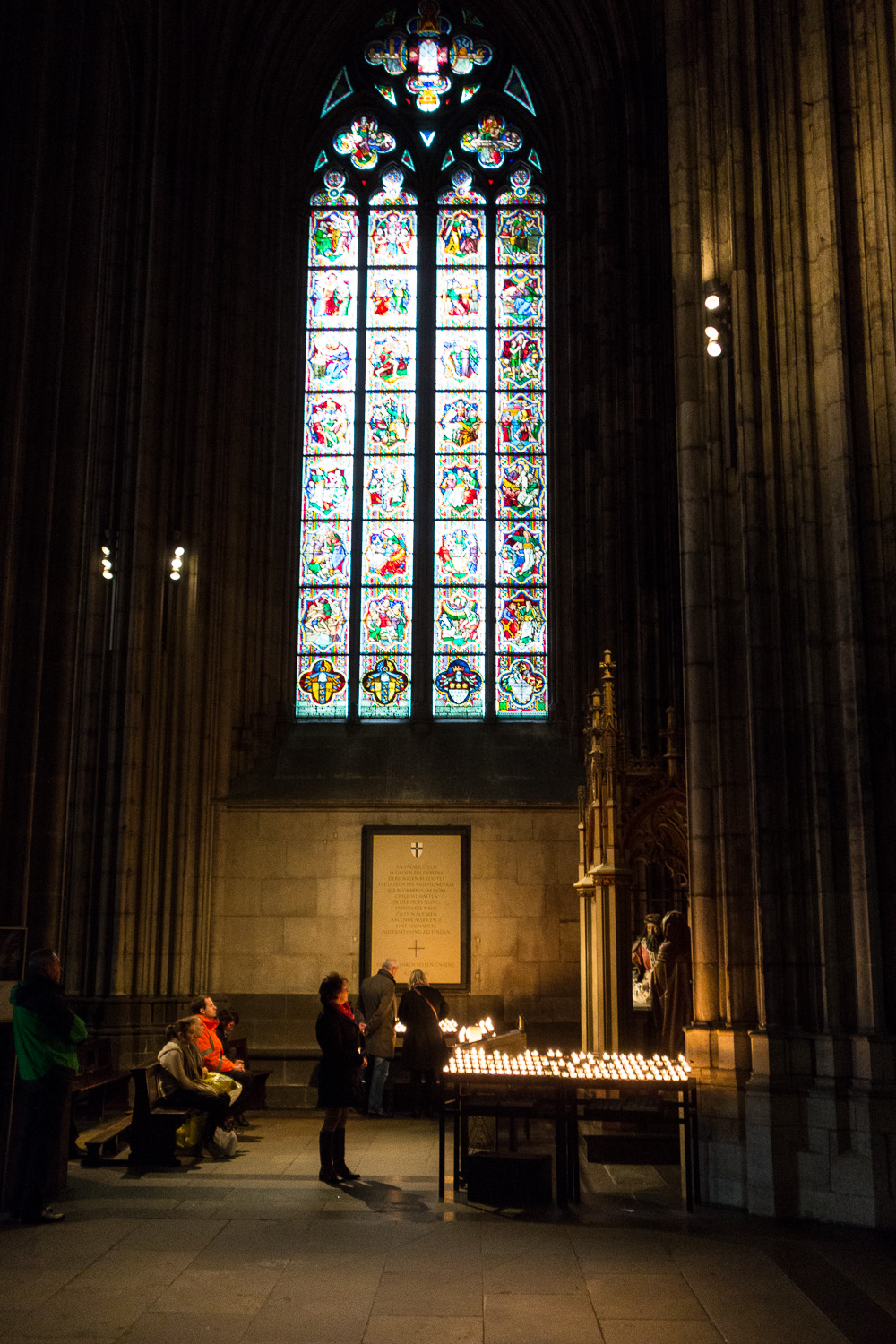 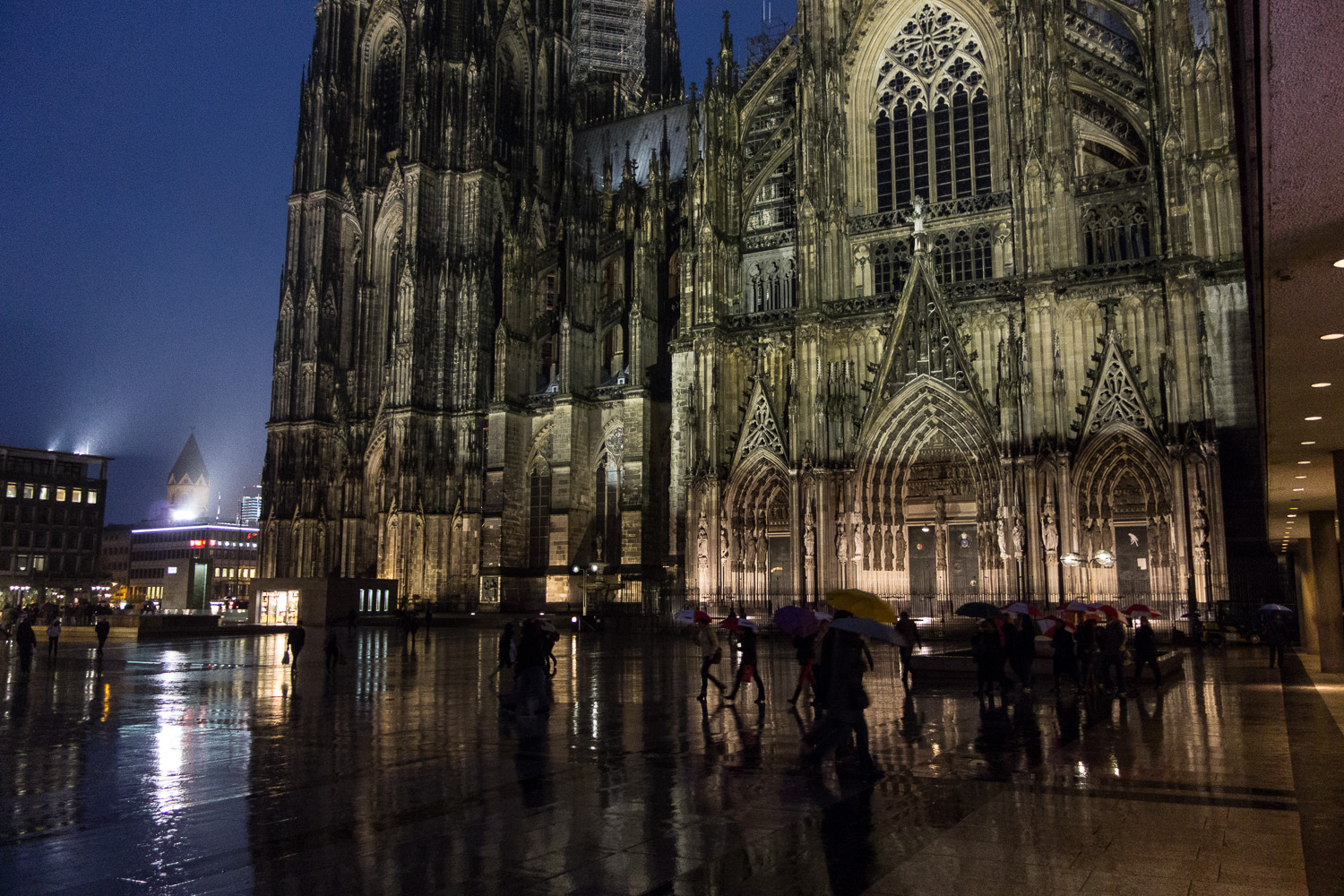 The last image shows the central station right beside the cathedral. It was very busy that night because it’s the day before November 11th. The day the carnival starts in Cologne. ( it start’s at 11.11. at 11:11 ). Germans take everything they do very serious. When they are having fun it’s just the same: There will be 1 million visitors to Cologne just because of carnival. 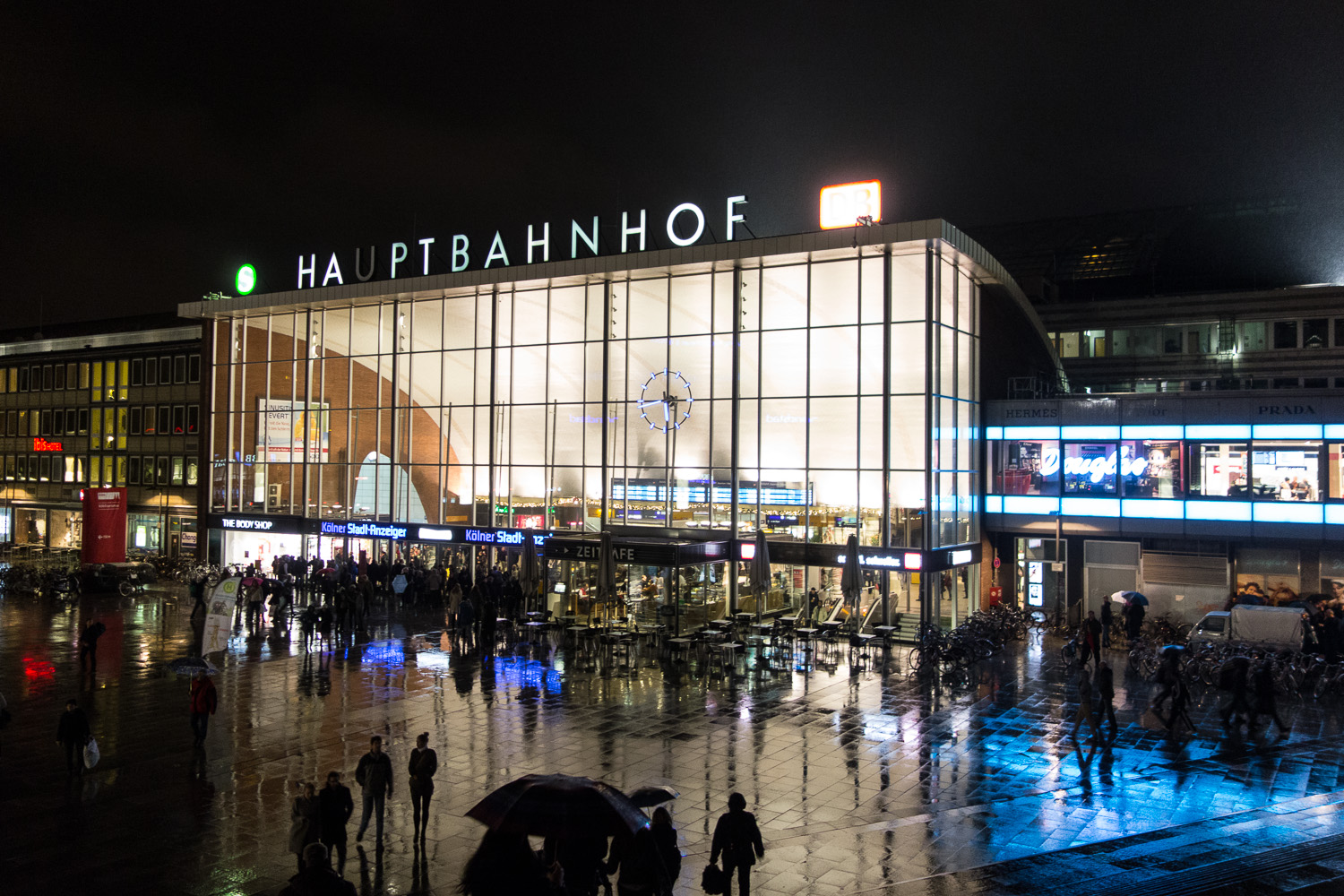