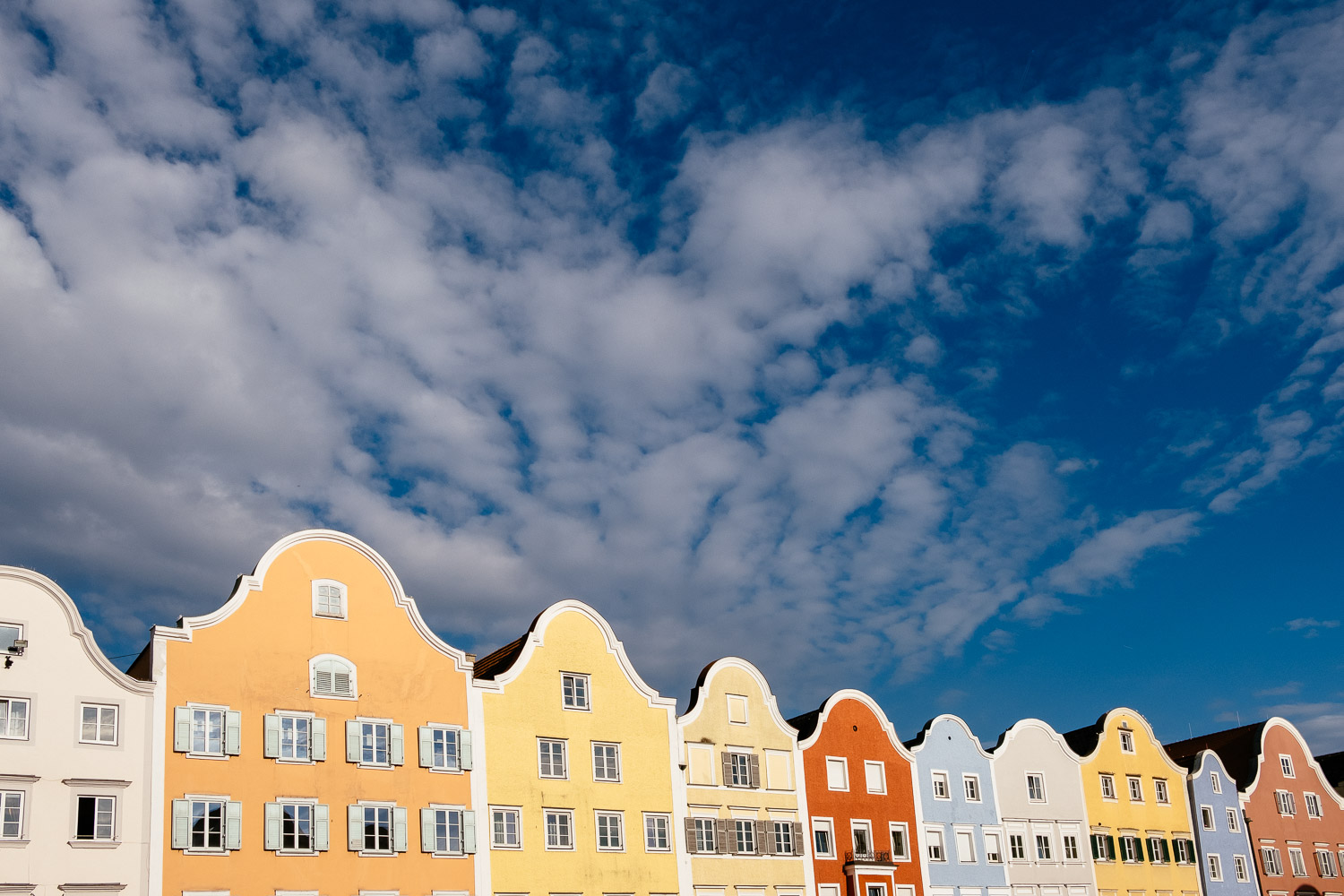 Autumn days here are mostly grey and wet. But sometimes they are not.

Like on this sunny afternoon in a small town in Upper Austria. I can’t remember the last time when I was sitting outside in a cafe having ice cream in the middle of October. A couple of days before I changed for winter tyres and pulled out my warm overcoat. So I guess you can’t blame global warming since the first half of October was far too cold. 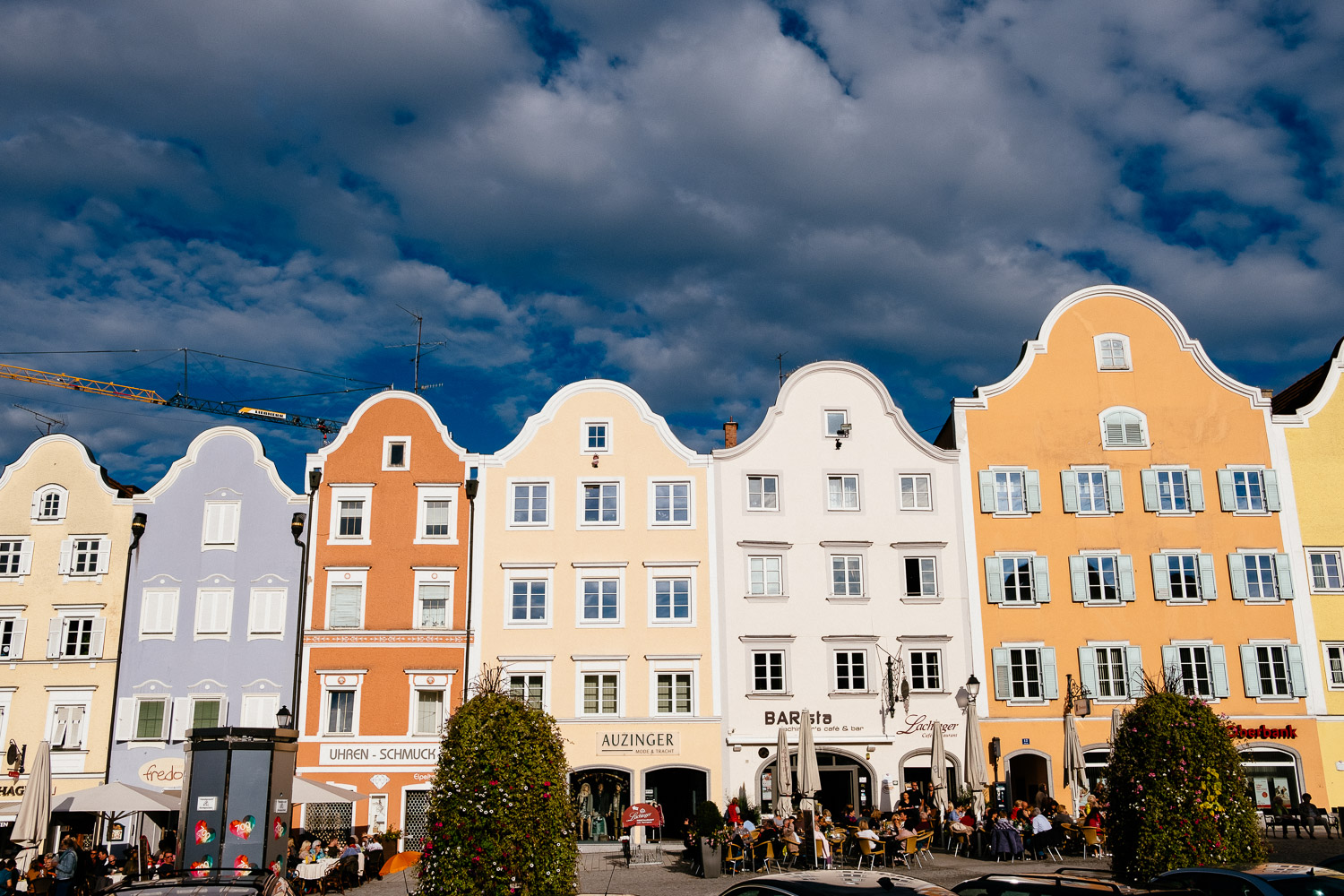 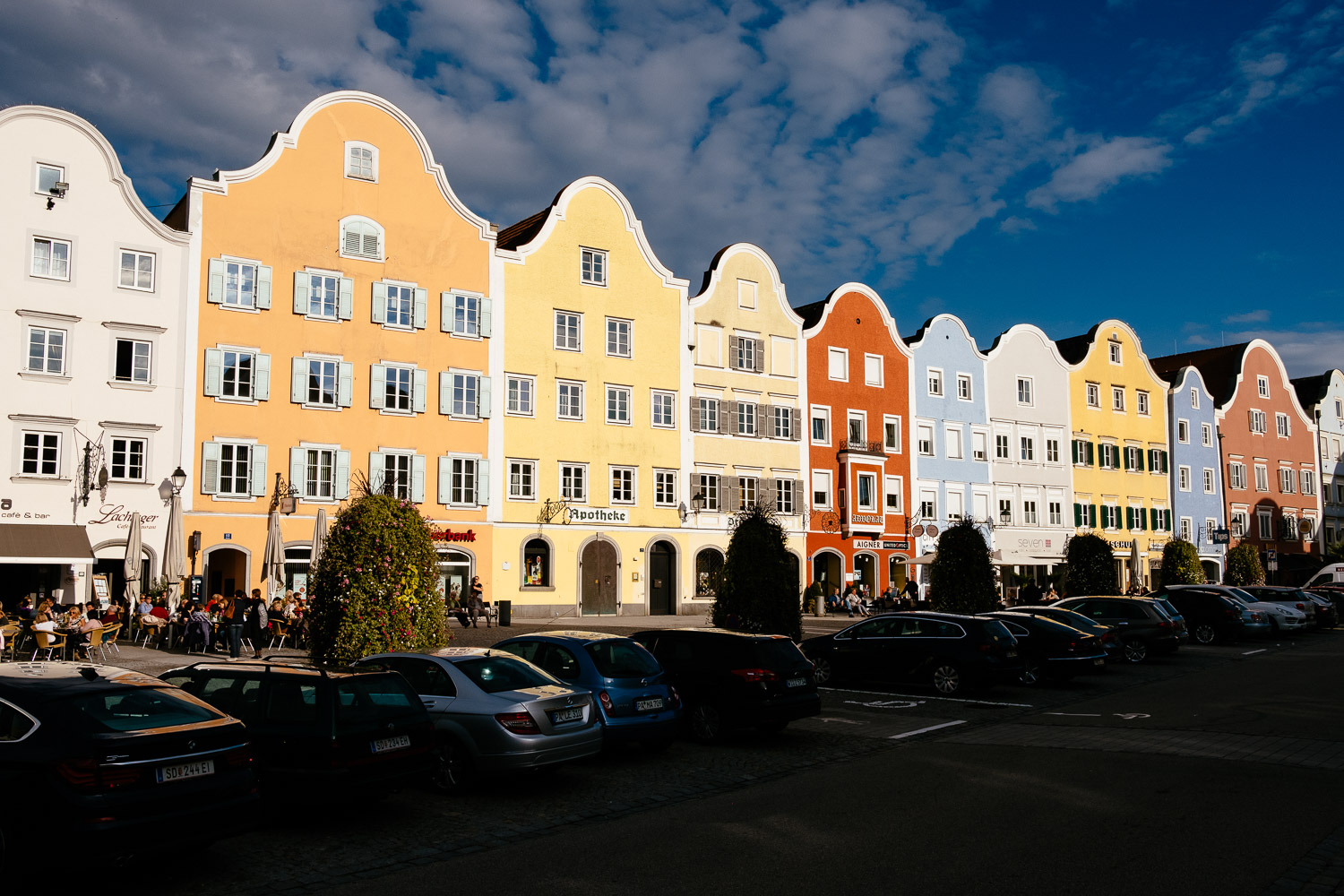 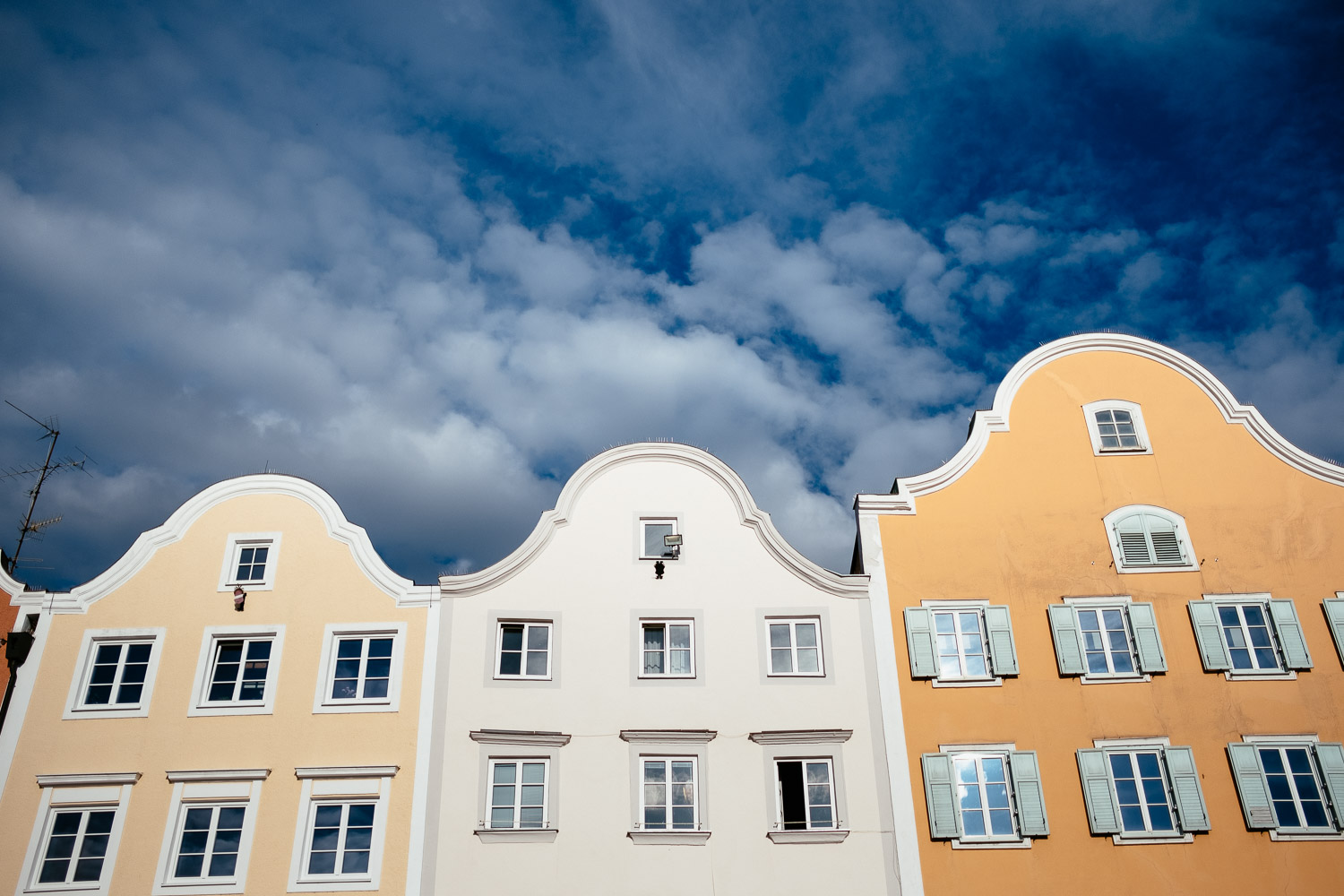 I love all seasons but those last warm autumn days before the leaves fall down are special. The end of summer. But there are no leaves in those images. There are just buildings but instead of white and grey they are yellow, orange, brown and red. Just like the leaves on the trees.

Enough of that. Talking about technical aspects you can see that I’m not a HDR person. The opposite is true. I love strong contrast. I love dark shadows. Todays sensors can capture a huge dynamic range, much more than you need in real life. As a result the images straight out of the camera often look washed out. The only way to avoid that and to get a dramatic image is to increase contrast in post.

Most of those images are taken with the new Fuji XF 23/2 R WR. If you look at the postings on dpreview this is the worst Fuji lens ever introduced. Of course 90% of the posters never shot a single frame with it. They just saw or heard something.

I want to quote Lou Reed here (another candidate for the Nobel prize): “Don’t believe half of what you see and none of what you hear!”. 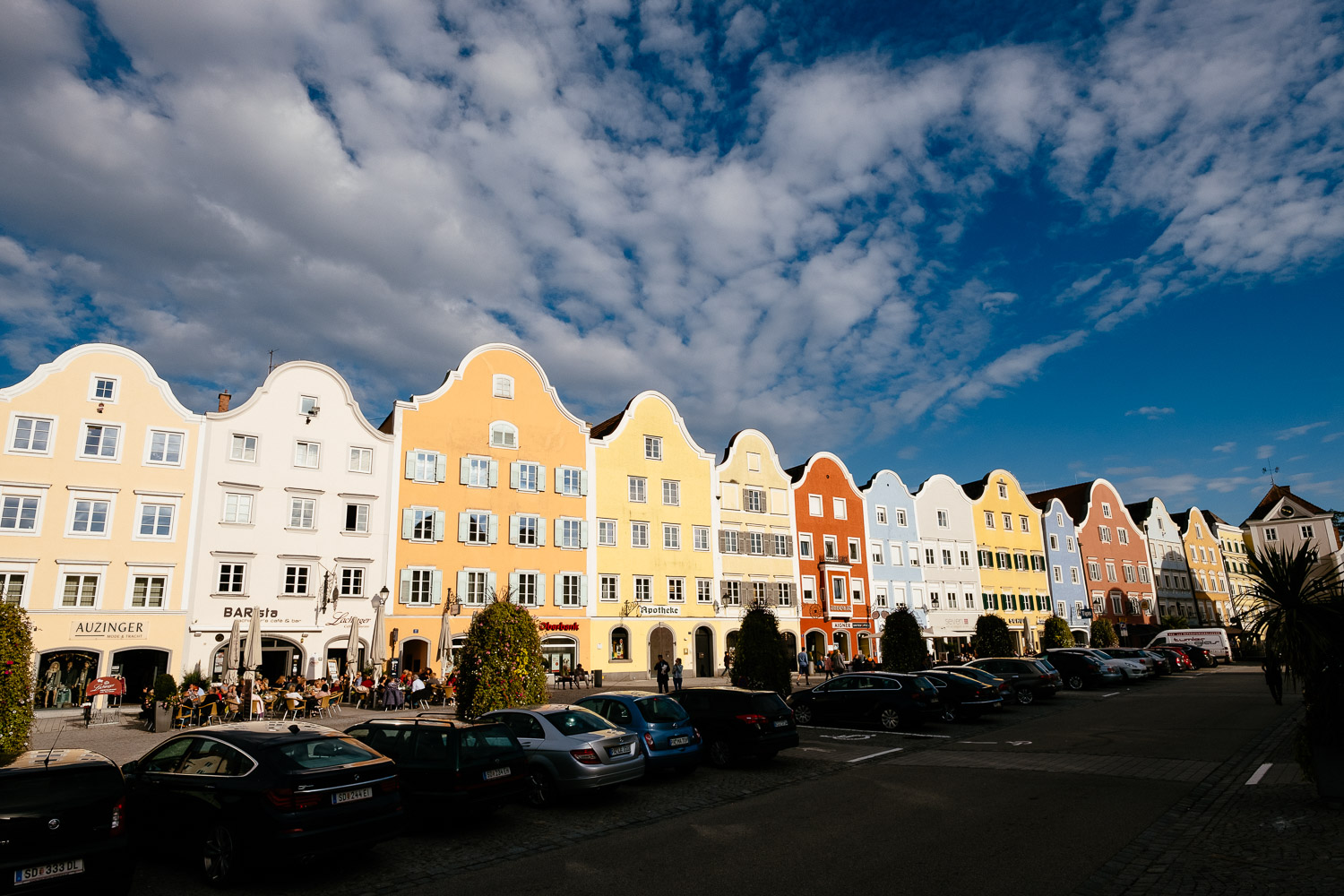