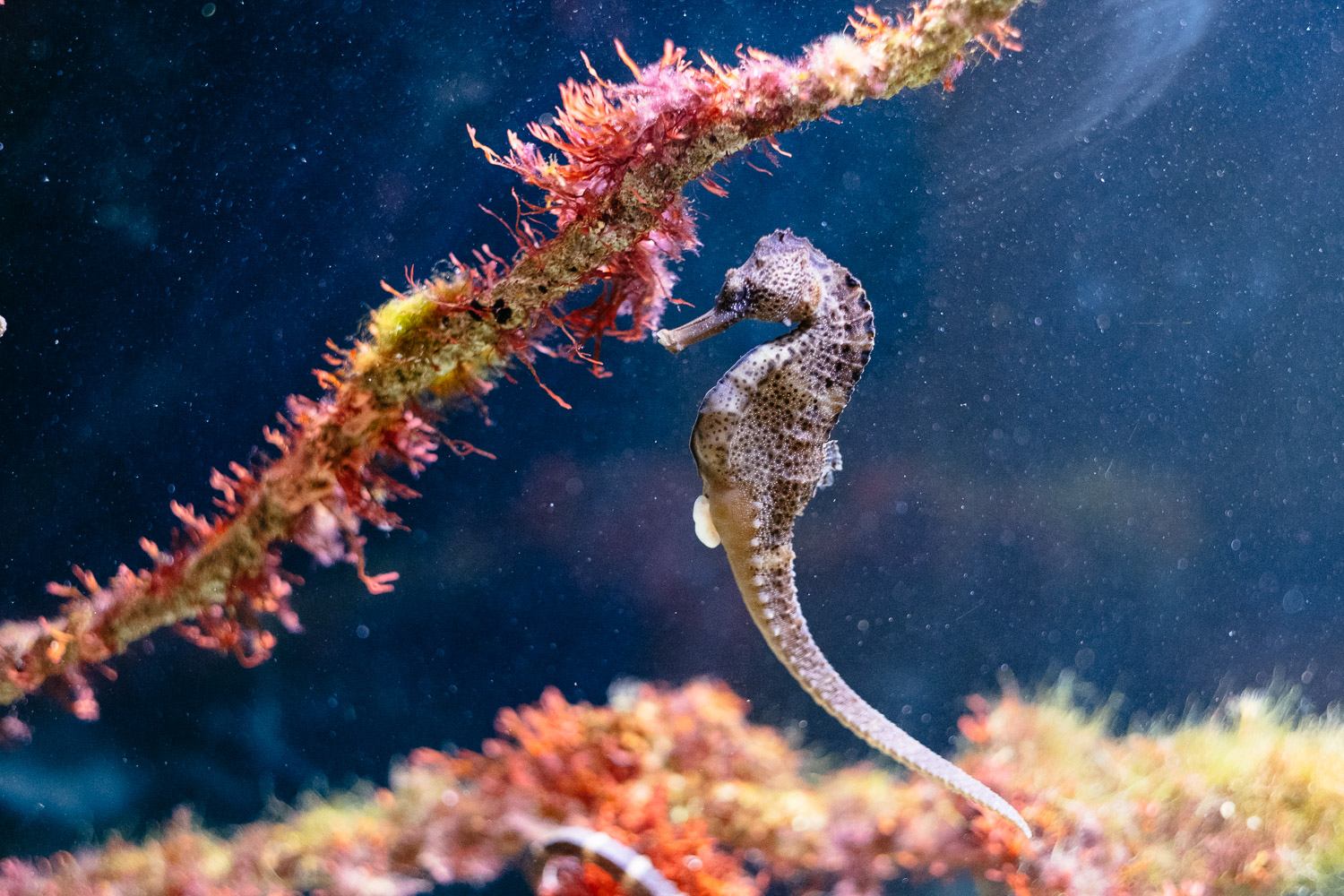 When I returned from Japan autumn arrived in Austria. I took the Monday off but since it was cold and rainy I decided to stay indoors.

I went to the “Haus des Meeres” (house of the sea) which is located in an anti aircraft tower from world war II. Firstly I planned to go to a museum but than I realised that I never went to this place before. One week after my visit at the Kaiyukan, the big aquarium in Osaka, I was prepared to be disappointed. 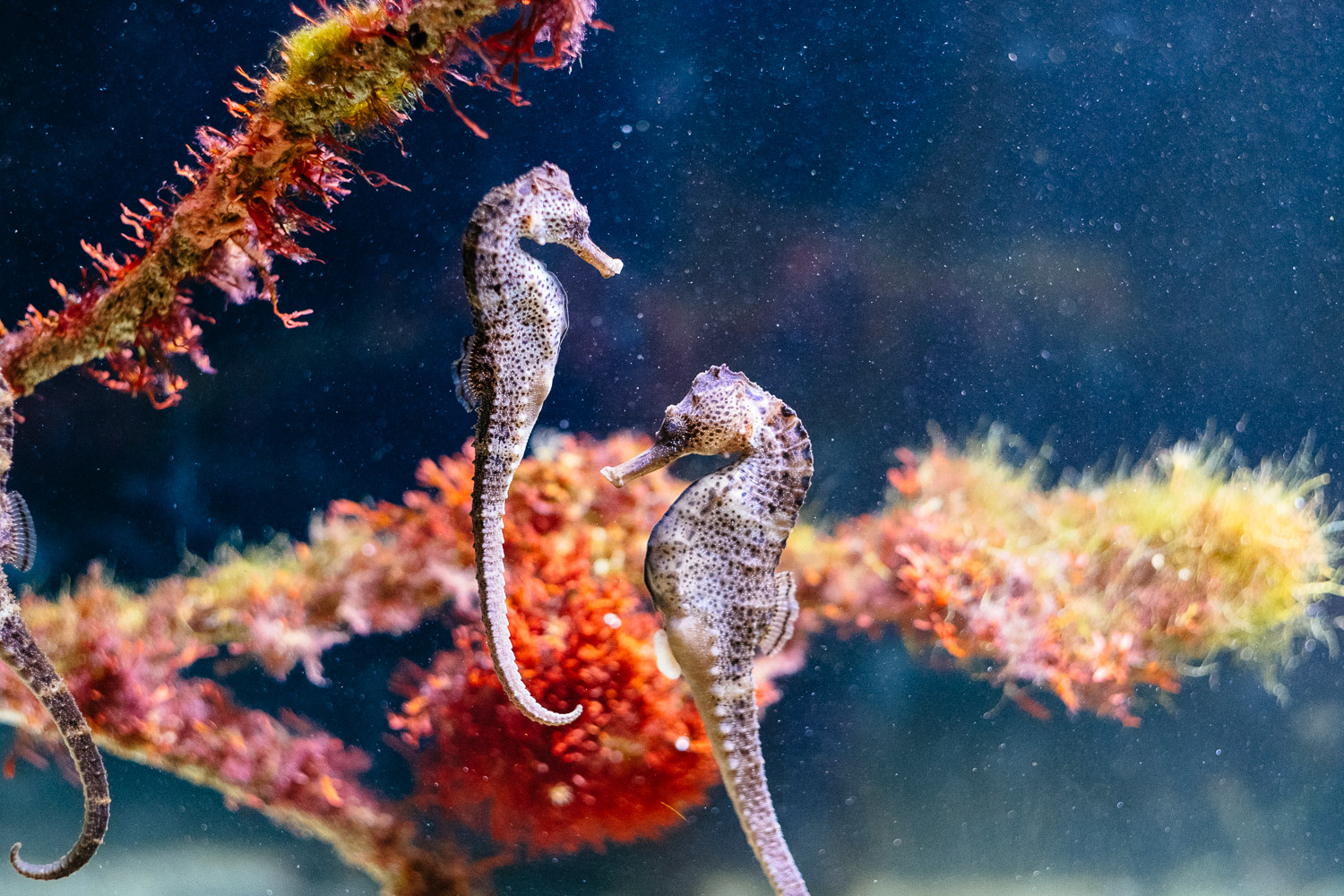 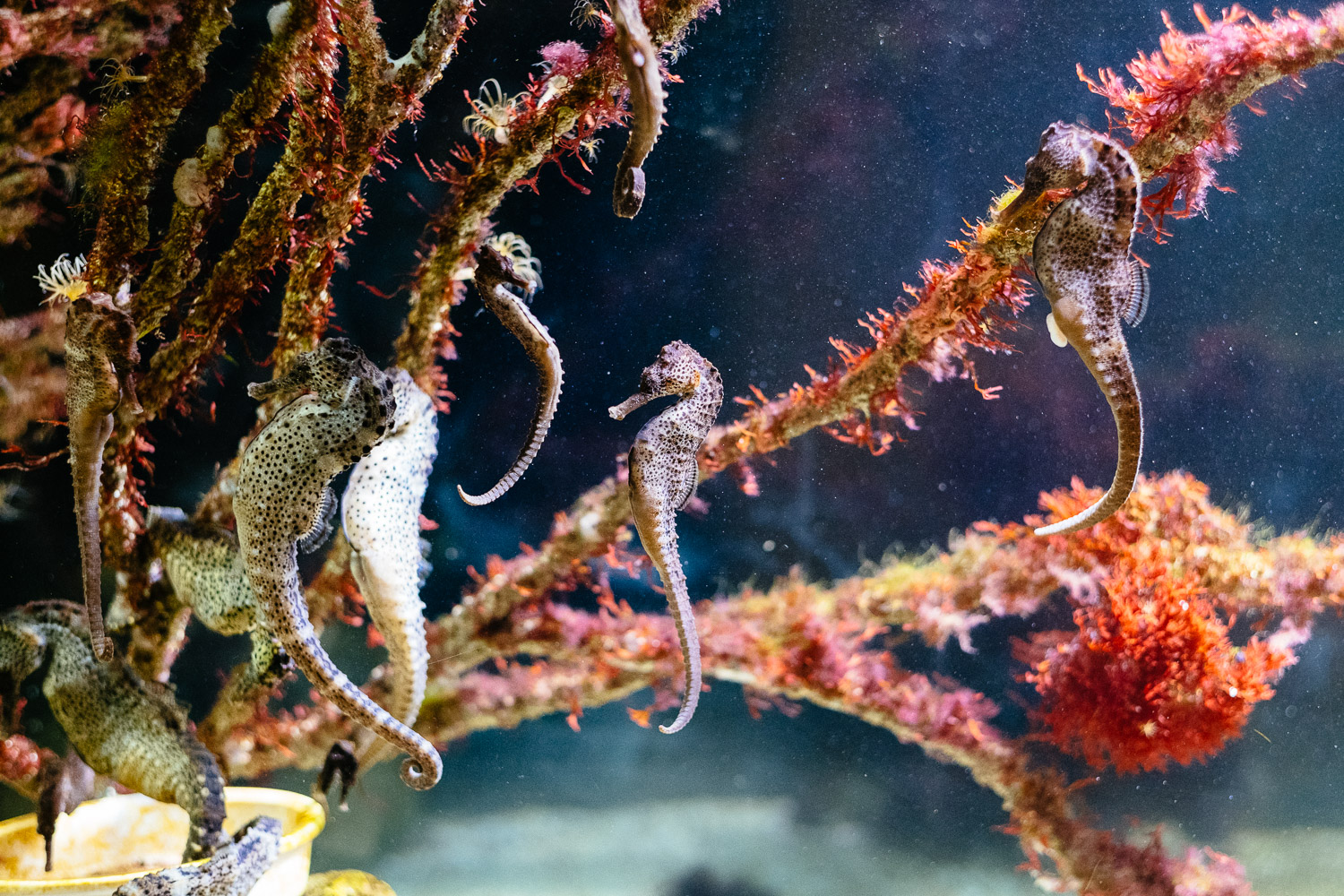 Of course the tanks are much smaller here and the hammer head shark is baby compared to his brother and especially compared to the whale sharks in Japan. It’s not even close but there are some very beautiful things to see in this small Aquarium in the middle of Vienna.

The true highlights for me were the freely roaming common marmosets and the small tank with the seahorses. Both were challenging to photograph. The little monkeys because they were so fast and constantly moving and the sea horses because their tank was rather dark and they were swimming much faster than I would have had expected. To avoid motion blur I changed minimum shutter speed to 1/200s which resulted in high ISO values even at f2.0. I doubt that all the smart phone shooters got useful results here. And it tricky for entry level DSLRs with kit lenses too.

This is the time when the Fuji X system really shines. A rather small camera with excellent high ISO and fast primes makes it the king of low light. I brought my Fuji X Pro-2 plus three fast primes: the XF 16/1.4 WR, the XF 23/1.4 R and the XF 56/1.2 R. All this gear still fits into my small ThinkTank Retrospective 5 bag. It is a snug fit but it works.

I thought that I would mainly use the 16mm and the 23mm and only brought the 56mm to shoot the small monkeys. I was wrong. I shot the 56mm a lot and it was also the perfect choice for the sea horses. It helped me to deal with the strong reflection from the glass and it provided a shallow depth of field to isolate the sea horses from their background.

The shot below was an exception where I put the lens shade of the XF 16/1.4 WR on the glass to avoid reflections. 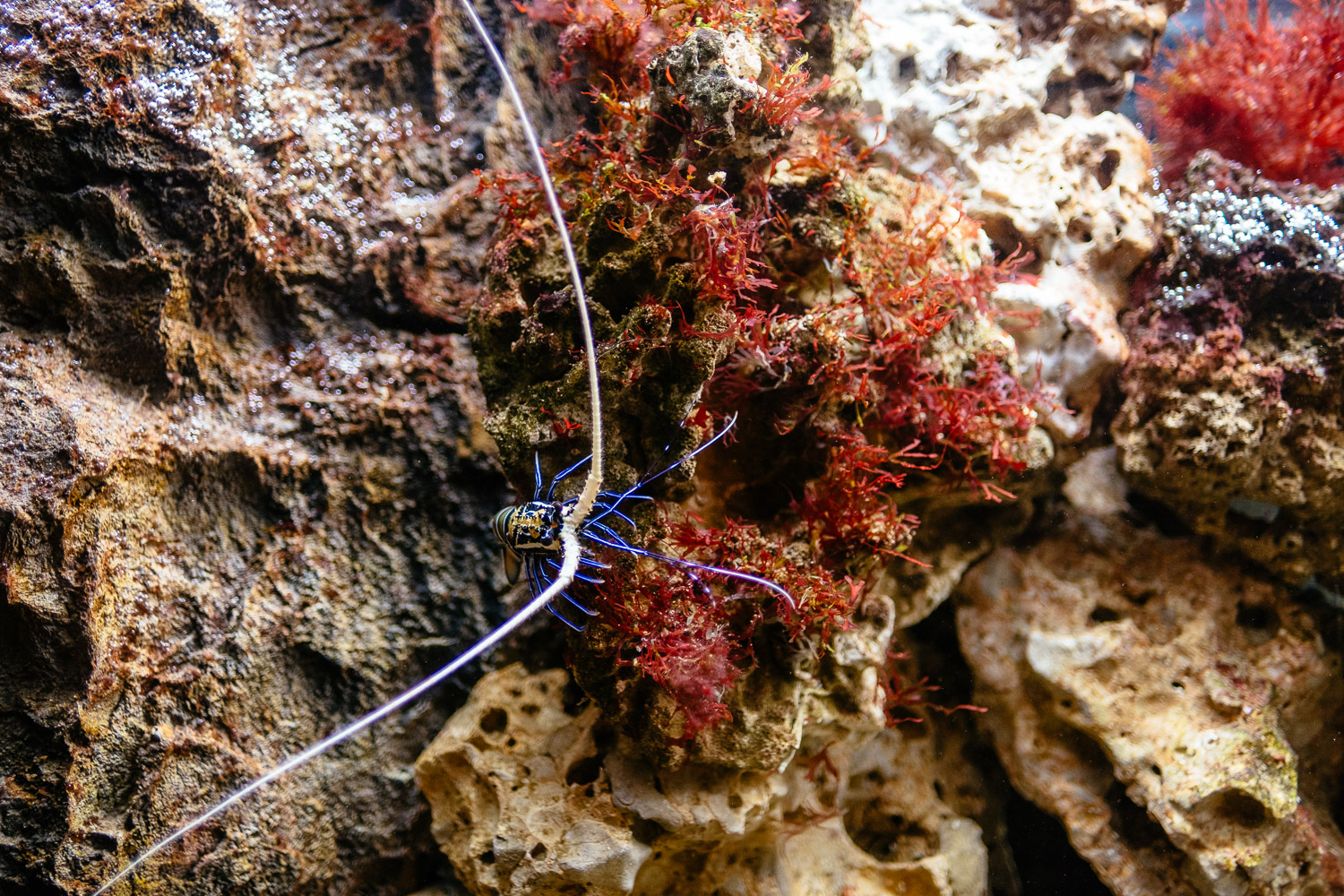 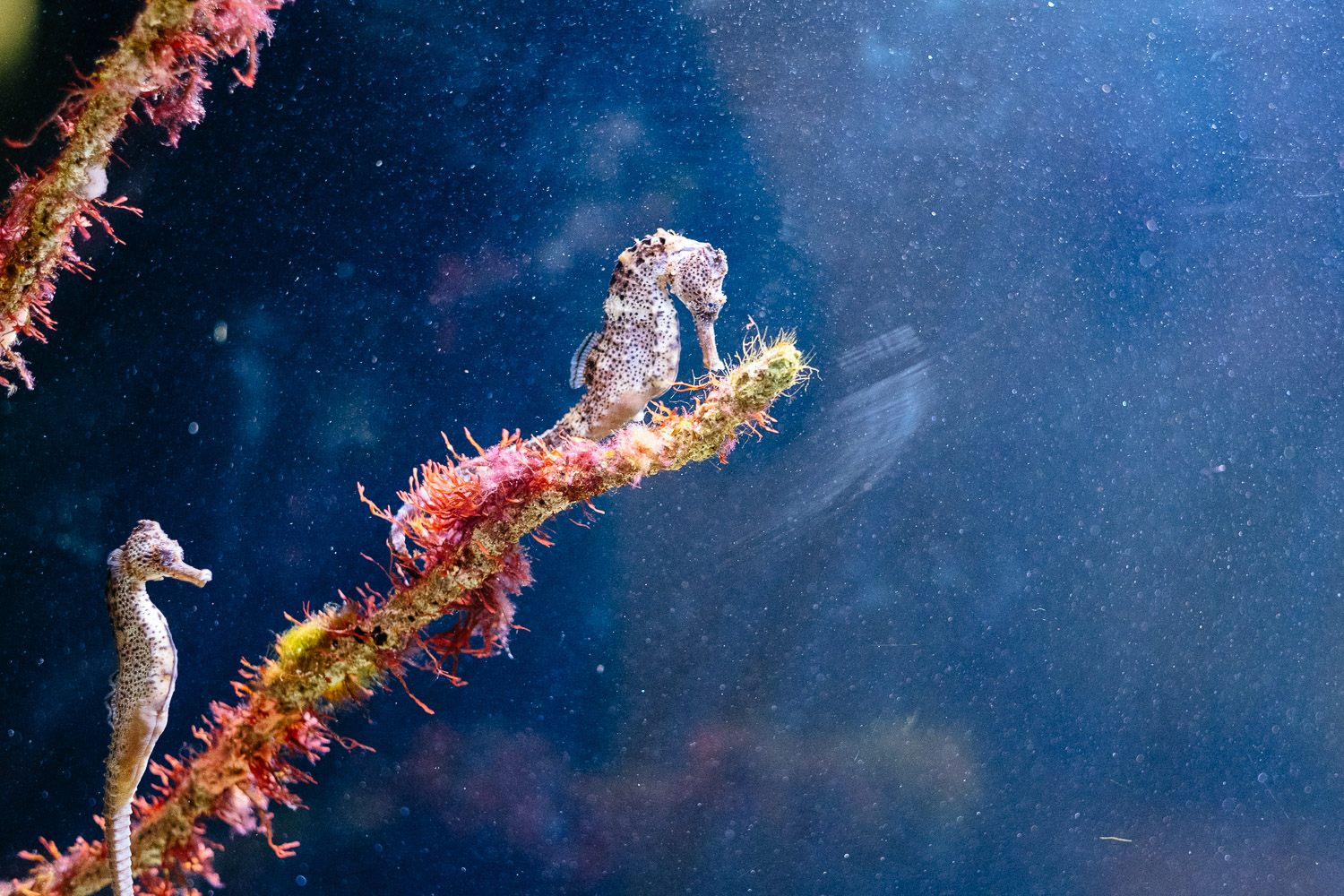 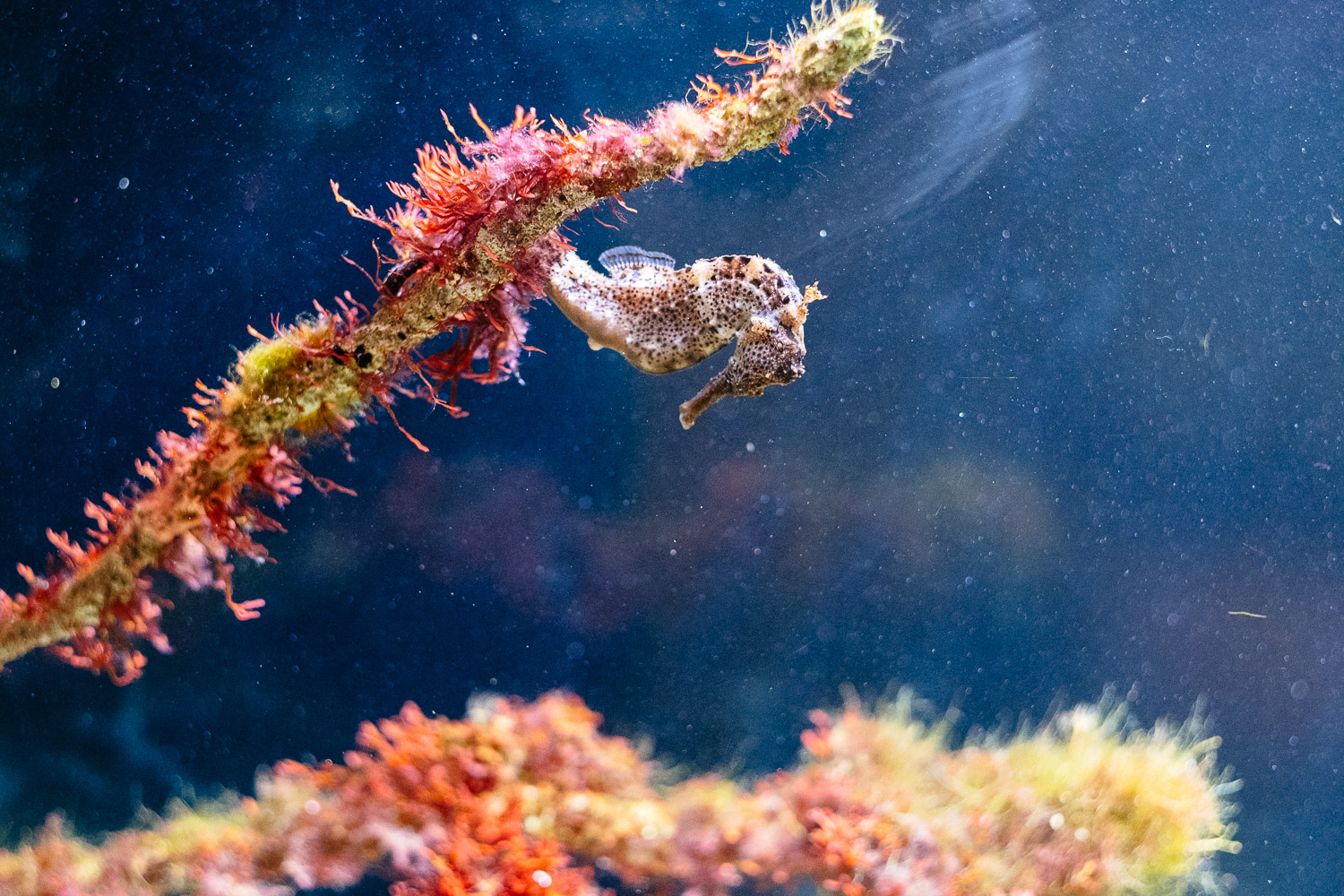 The Fuji XF 56/1.2 R is a wonderful lens. With f1.2 it is Fuji’s fastest lens so far but it is definitely one of their slowest lenses when it comes to auto focus. This is especially true in low light. So it was a pleasant surprise how good the lens performed here on the X Pro-2.

Those pictures would have been hard to take with the X-T1 and downright impossible with the X Pro-1. The only real option with those cameras would have been to switch to manual focus. I tried that too but soon changed back to AF. The depth of field is just too shallow and even a slight movement of the animal or the camera resulted in out of focus shots. The safest way to create sharp images was to simply rely on the excellent contrast detection AF.

I always had a hard time to shoot with fast primes on my DSLRs. AF was fast but not very reliable. With my Fuji cameras that changed completely. AF might be slower but it is spot on most of the time. A true game changer for prime shooters. 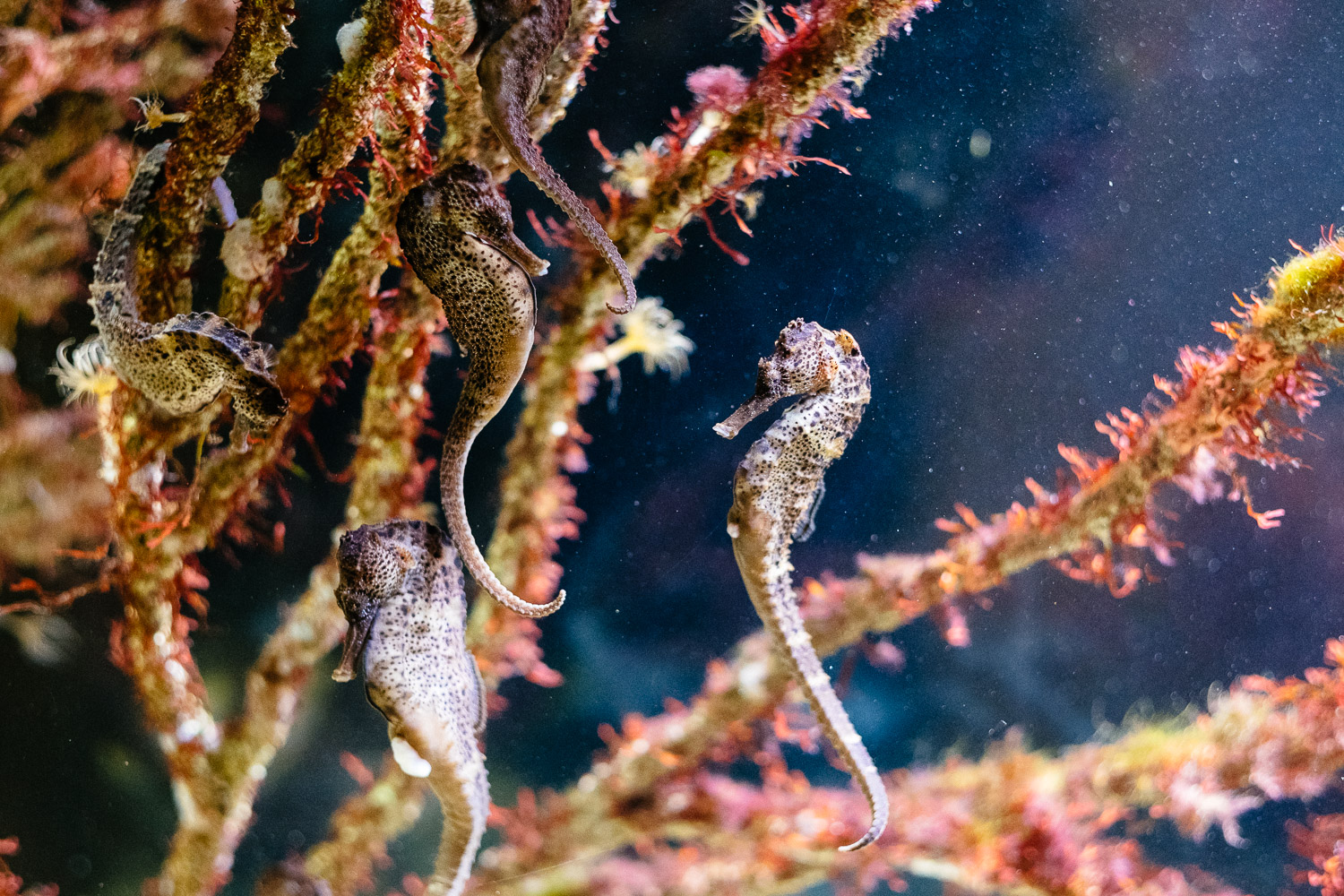 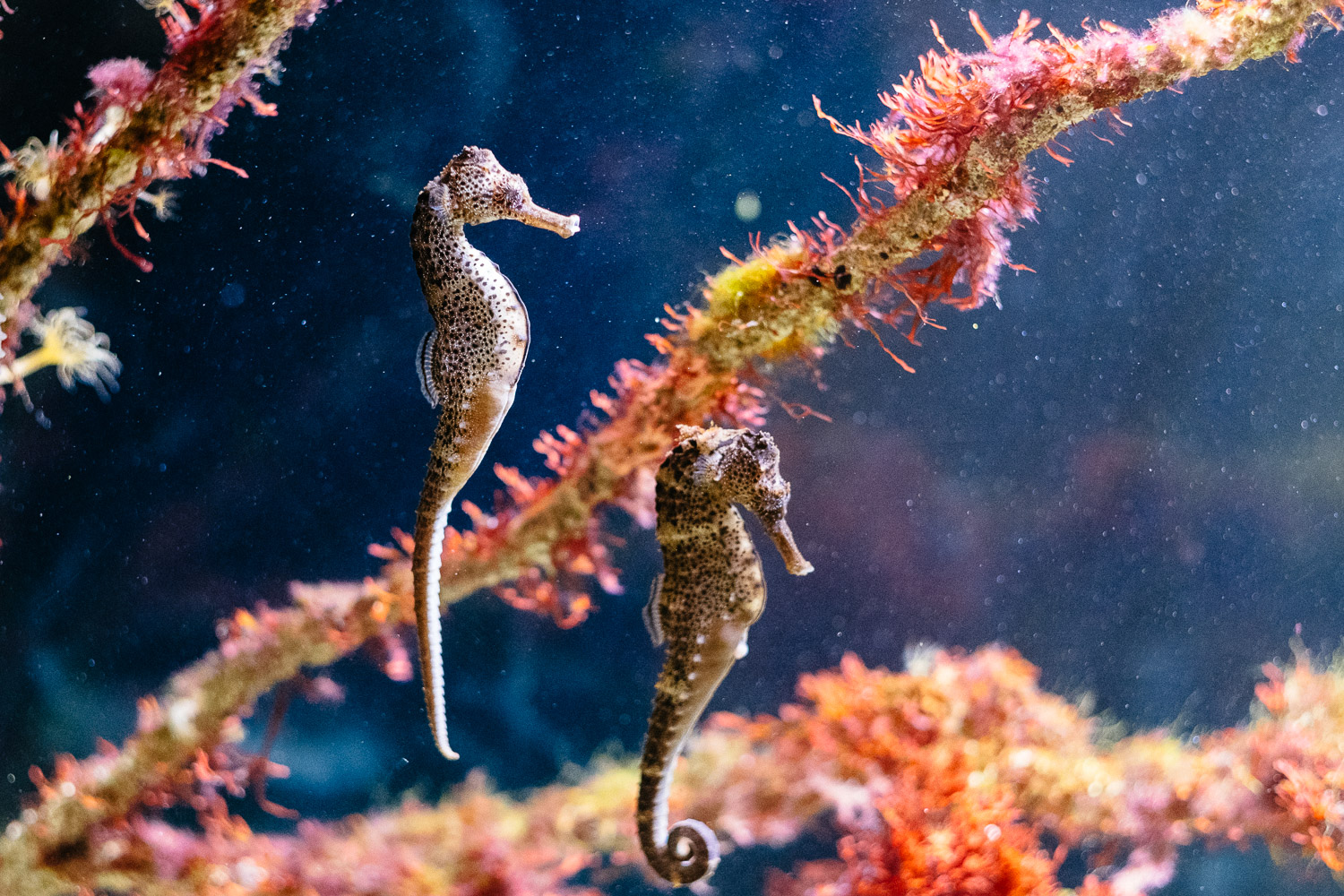 I can remember the first time I picked up the Fuji X100. I immediately loved the controls and the output of this little camera but regarding handling it was not exactly love at first sight. The camera was slow, AF was very slow under low light and I had to activate the macro mode to shoot a portrait. It was a strange little camera. With he X Pro-1 it was very much the same. Lot’s of quirky stuff and a lot of rattle and strange sounds when there should be silence. But I loved both cameras and Fuji improved them significantly with firmware updates so if you got one with the latest firmware you could never understand all the complaints in the first reviews. But despite all the firmware improvements both were still first generation cameras and they teach you a slow shooting style.

Fuji X has finally grown up

The X Pro-2 is different. While you can still enjoy the process of “slow photography” you don’t have to. You easily can go all manual without ever touching the menu but you can also shoot in full auto. You can focus manually or use zone focus for street shooting but you don’t have to to get the shot. You can use the optical viewfinder when shooting with small primes but the new EVF is so good and bright that it is a joy to use even in strong sunlight. The X Pro-2 is still as engaging to shoot as the X Pro-1 but now it shoots like a normal camera.

Friends, colleagues and sometimes even business partners ask me what I shoot and want me to recommend a camera. In the past it was rather awkward because I shot Fuji but had to recommend a different camera to them. Some might have thought that I was not willing to share the secret weapon but the truth was that it was impossible to recommend something like a X Pro-1 to a casual shooter. There was too much compromise in so many areas that I always ended up to recommend something else. Today I can whole heartily recommend a Fuji X T-2 or X Pro-2 without fearing that I have just turned a friend into an enemy.

The best mirror less system finally has grown up and has become the best camera system for anything except flash and professional sports photography. But maybe it’s only a question of time. 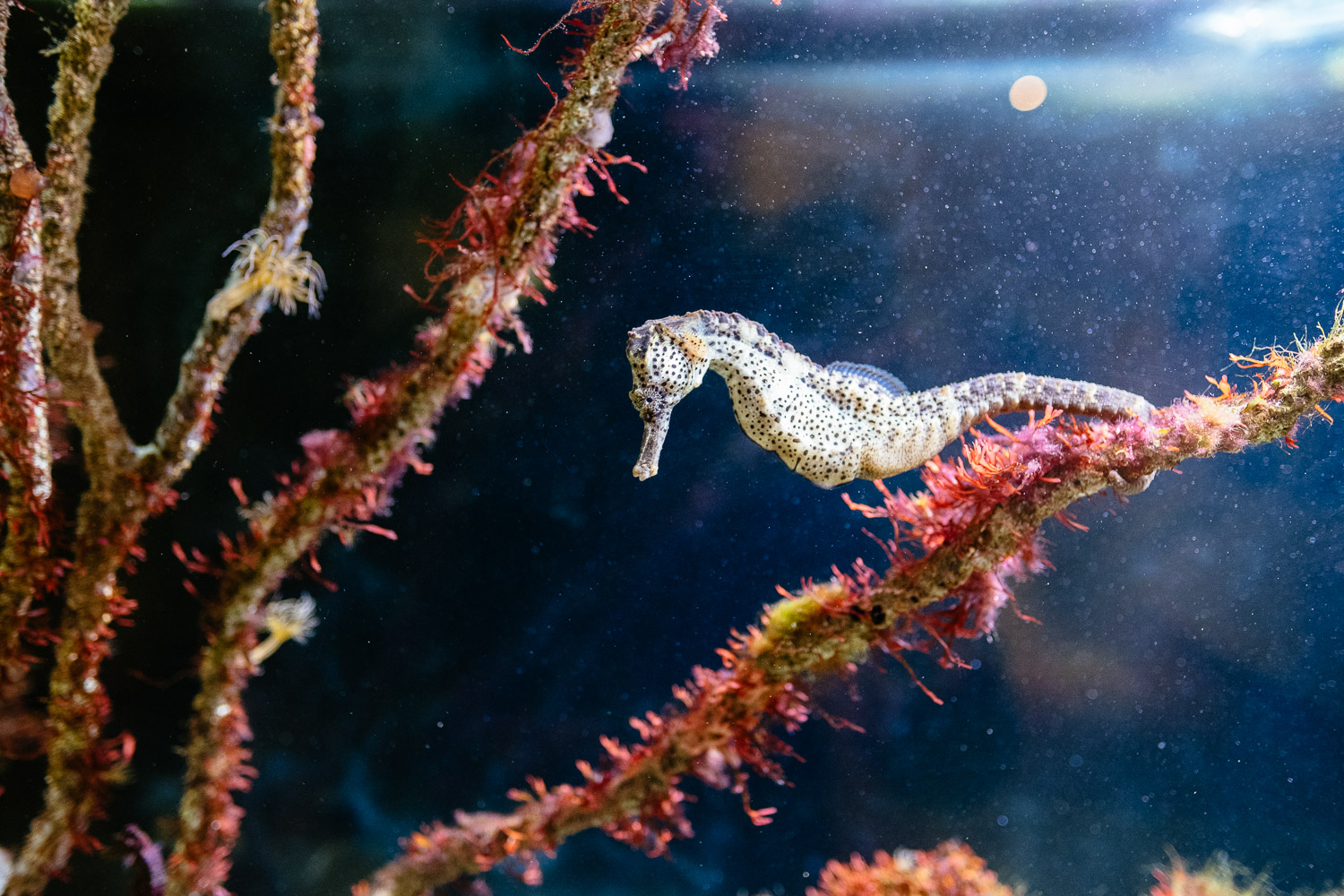