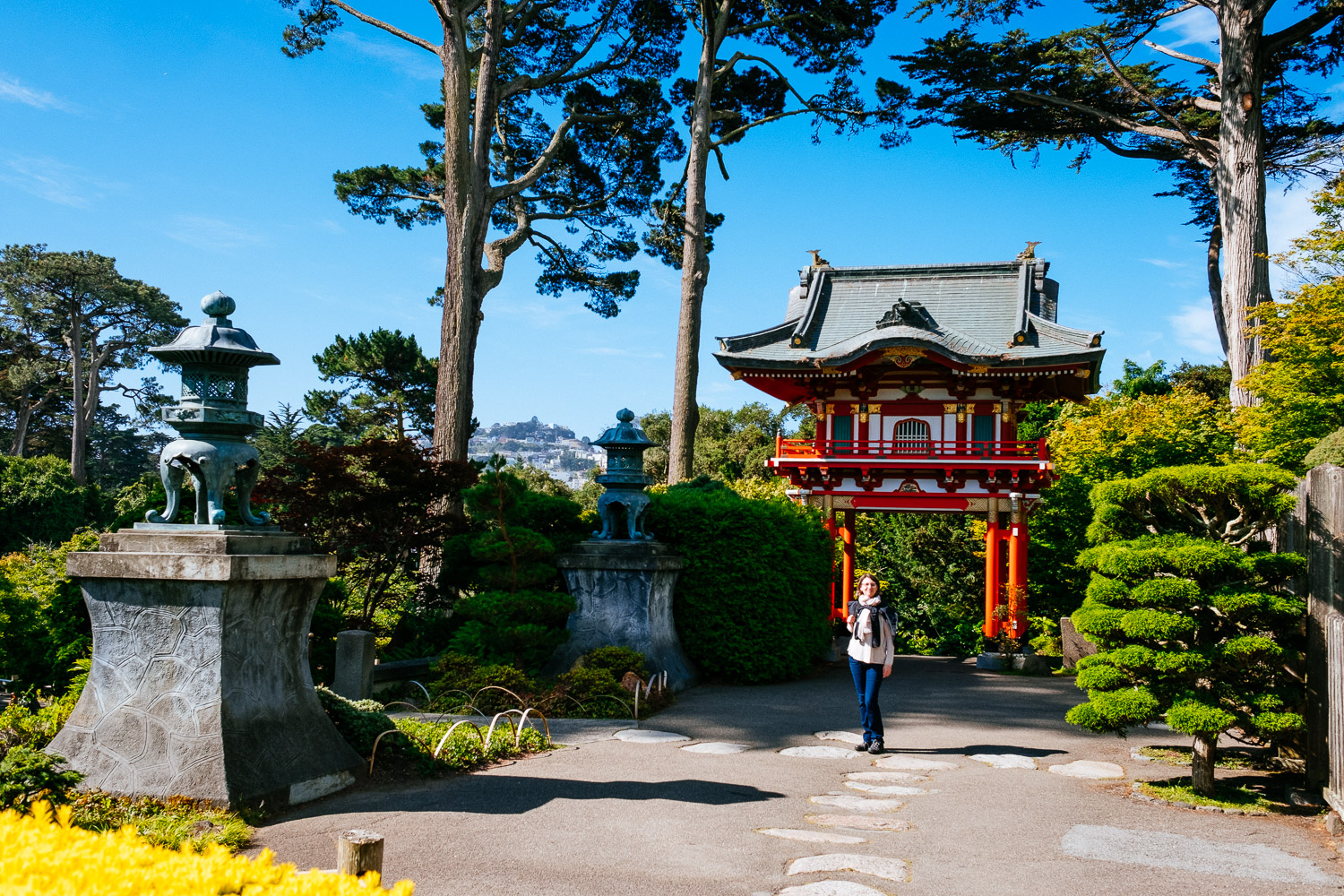 We planned to visit the de Young museum in the Golden Gate Park but had some time to kill. Tea time! Luckily the Japanese Tea Garden just around the corner.

But I brought the wrong lenses. I was prepared to shoot inside the museum so I only took my small ThinkTank Retrospective 5 camera bag with the Fuji XF 14mm and the XF 23 mm. Both fantastic lenses but not exactly what I would choose for garden pictures. The XF 10-24 and the XF 55-200 would be a better combo for that. But I was too lazy to go back to our car so I shoot with what I had with me. 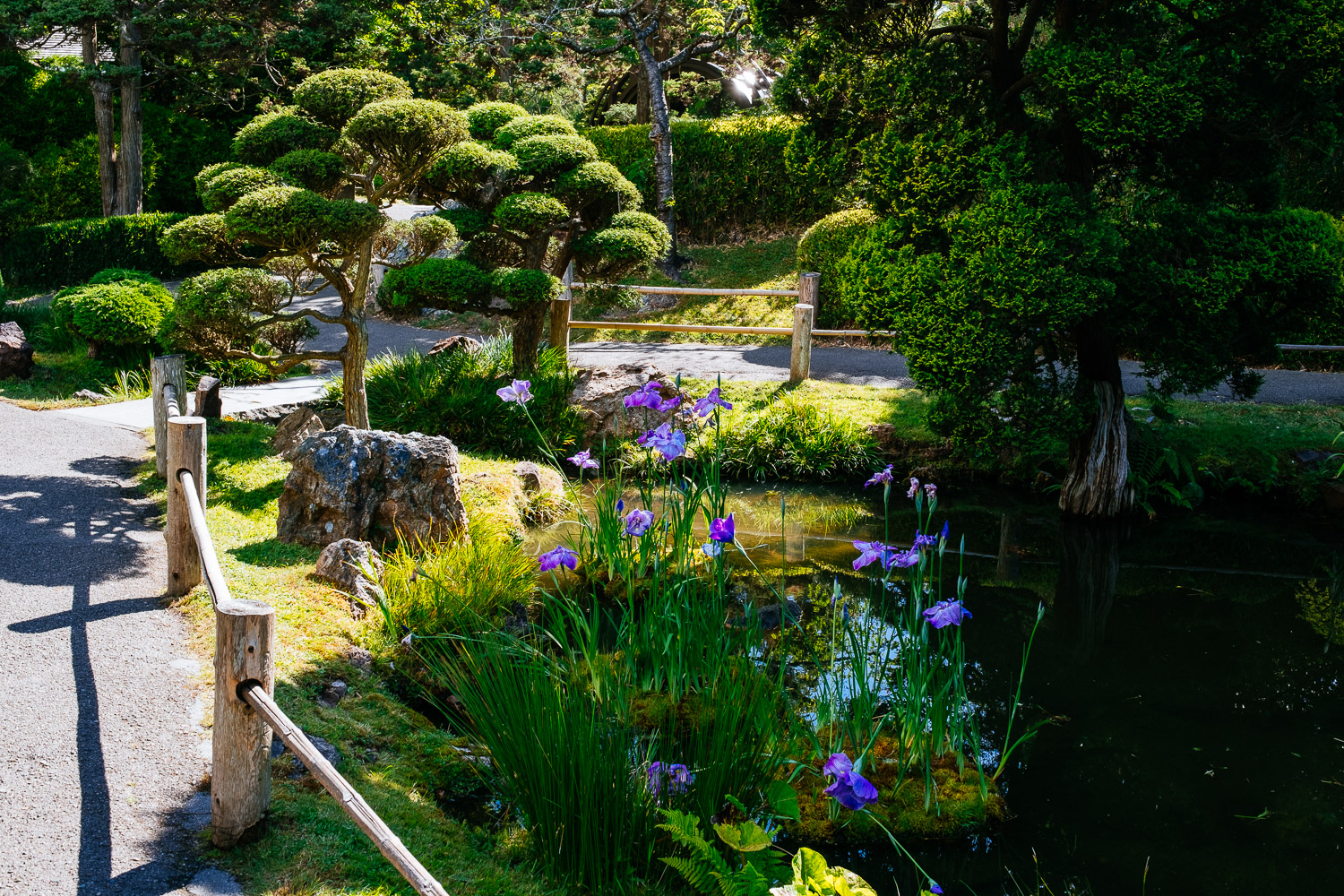 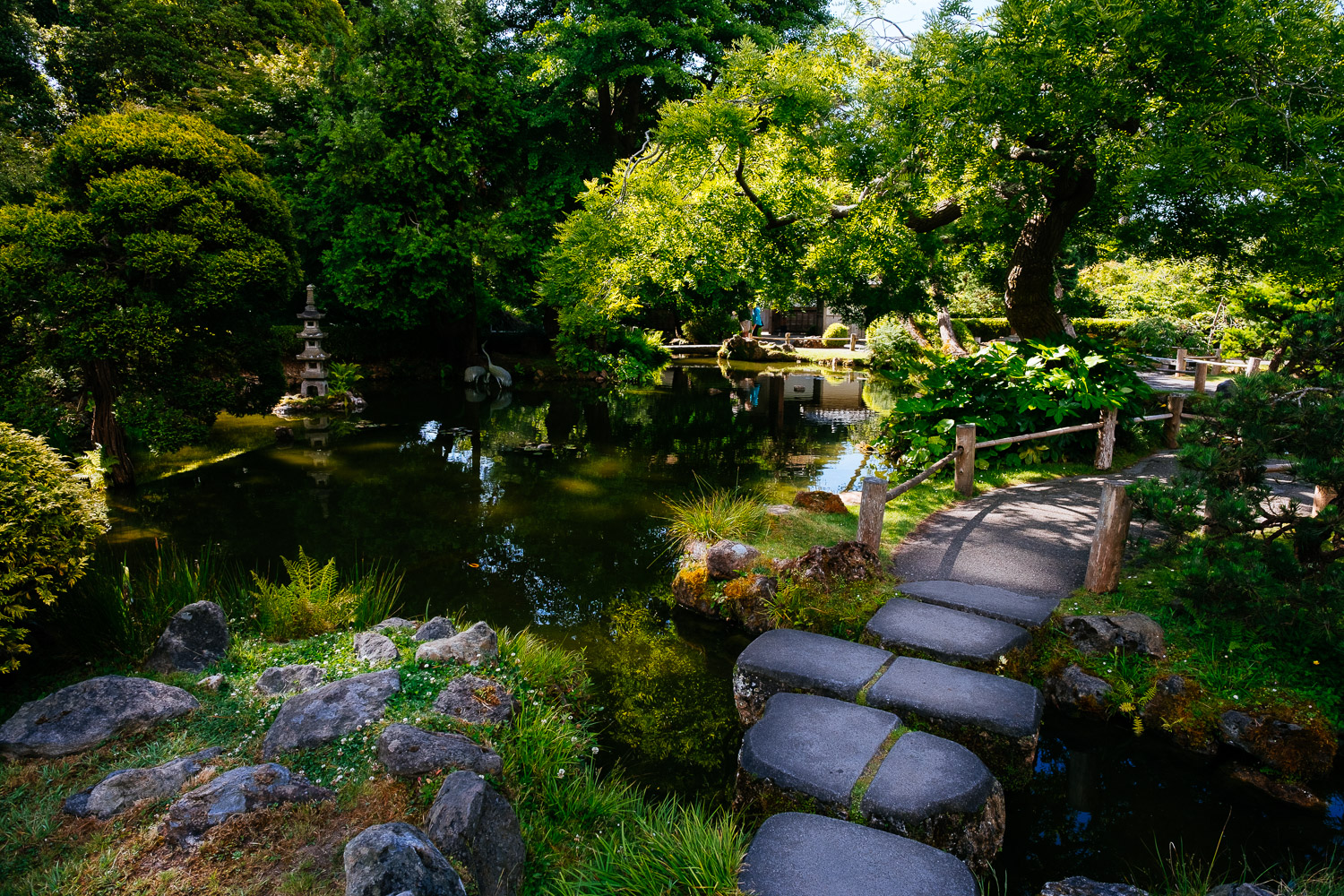 Followers of my blog know that the Fuji XF 14mm is my favorite lens. I bought it more than 3 years ago and even though I got many more lenses since then this is still my most important lens. I shoot it all the time when in Asia for street and architecture but it is also a fantastic lens for landscape photography. It is tack sharp from corner to corner, there is zero distortion and contrast is great too.

My XF 10-24mm is sharp too especially stopped down a little but the shots that I get with the prime lens are different. It is hard to explain but it’s there. Somehow the shots have a better “clarity” but I really don’t know how to express is correctly. I can’t even express it in my native language. Maybe this works: It’s like compressed music from an MP3 file compared to lossless or MP3 with a very high bitrate. 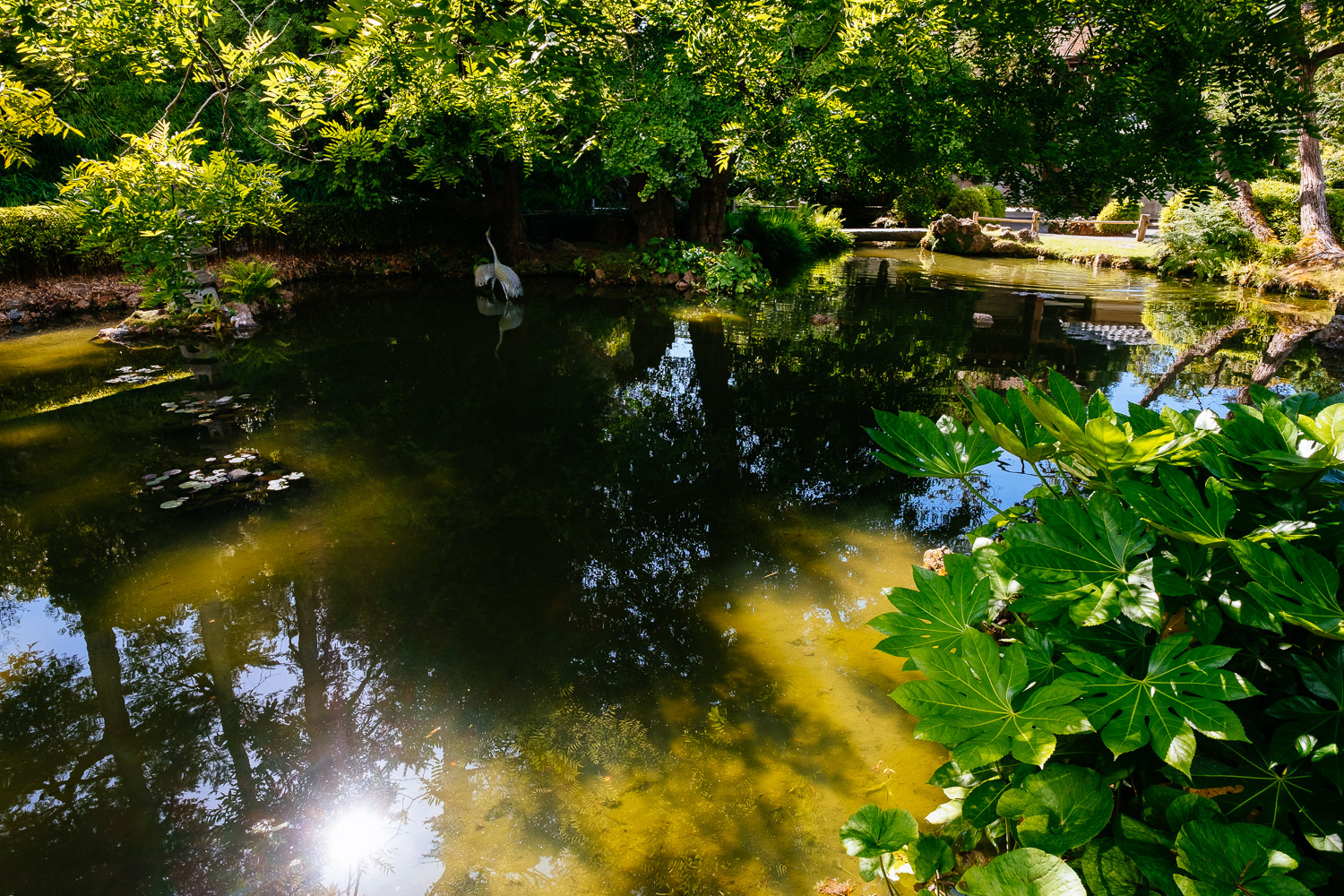 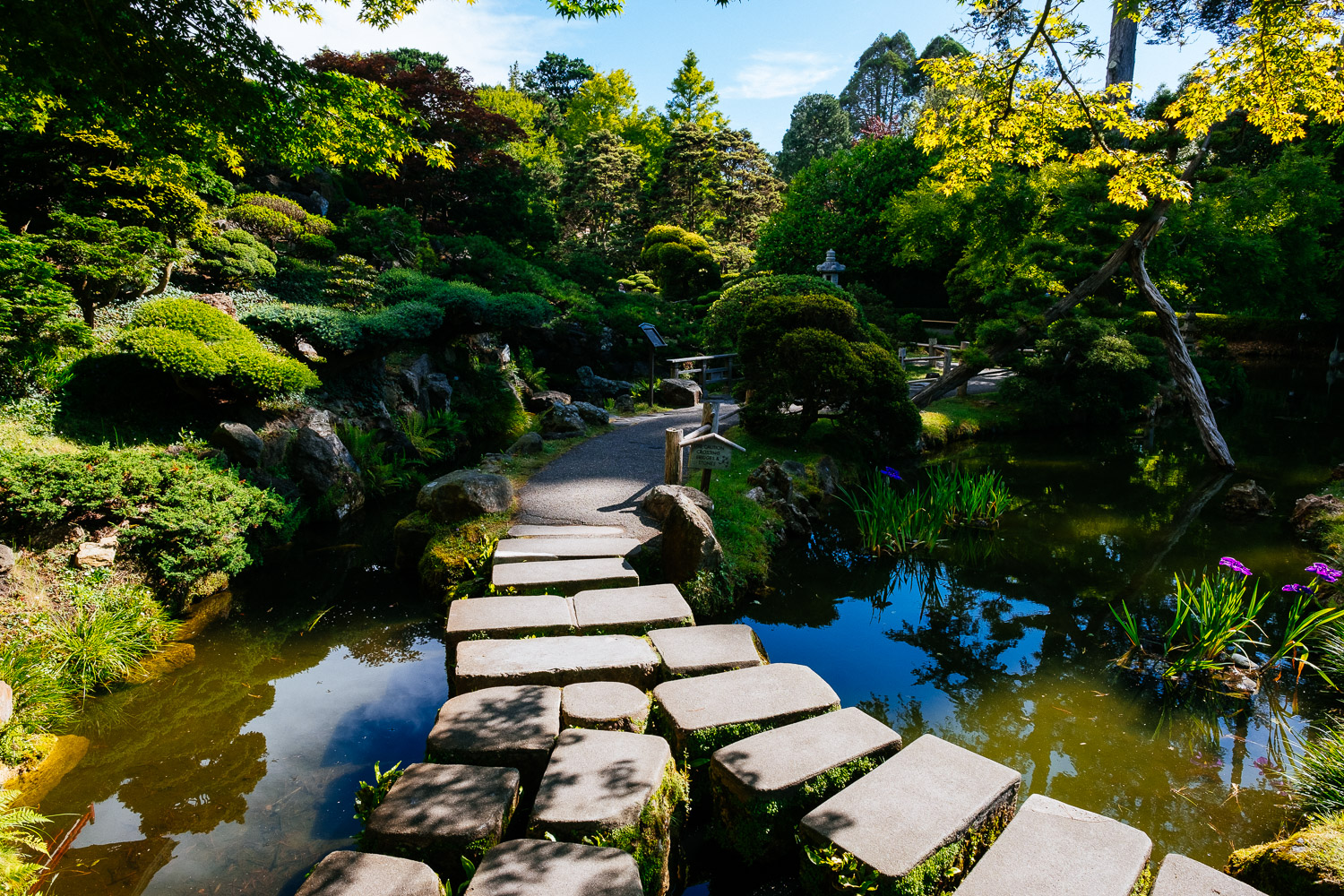 What does it mean in real life? For me the difference is not enough to shoot landscapes with prime lenses. I like the fact that I can switch from a 10mm lens to a 14mm or a 16 mm or 23mm without the need to change the lens. Especially in wide angles every single mm changes how the lens renders the world, i.e. how the lens pronounces the foreground. I prefer to have that freedom over the last bit of quality that a prime lens would offer me.

So why do I have all those primes? It’s simply for two reasons: they are either much smaller or they are much brighter. My favourite lens, the Fuji XF 14/2.8 R is smaller and lighter than the XF 18-55mm and that is not a big lens. And most of all it gives me an image that I can’t get from the kit zoom. The Fuji XF 27/2.8 that I really love is smaller than a teleconverter. It’s almost like a body cap.

And than there are the fast primes like the fantastic XF 16/1.4, the XF 23/1.4 and the XF 56/1.2. Those are fantastic lenses that allow you to separate your subject from the background or to shoot at low light. No zoom, not even the fantastic Canon 24-70/2.8 II, on a full frame camera can give you those images. So those are my two reasons why I still prefer primes for anything but landscape photography. 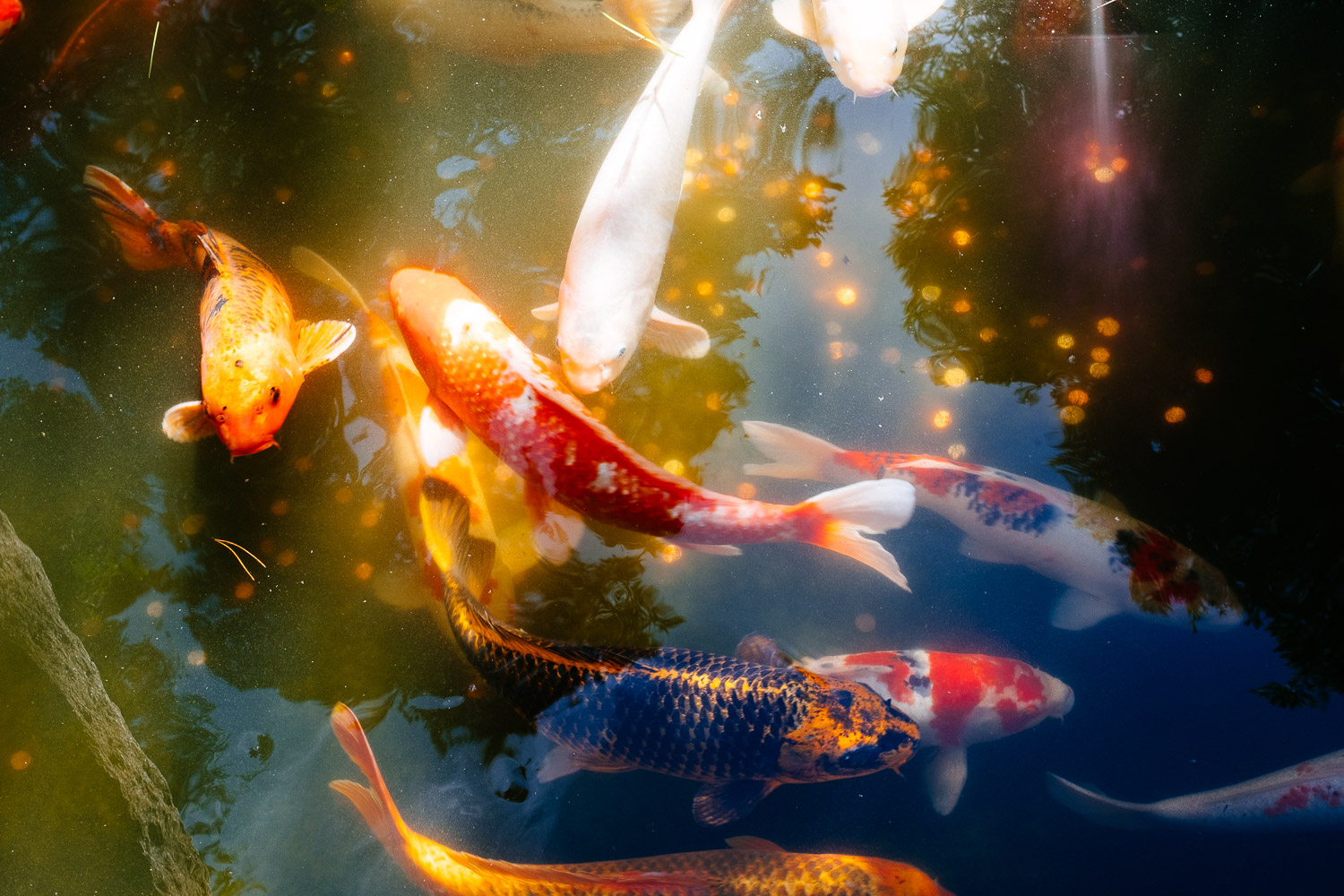 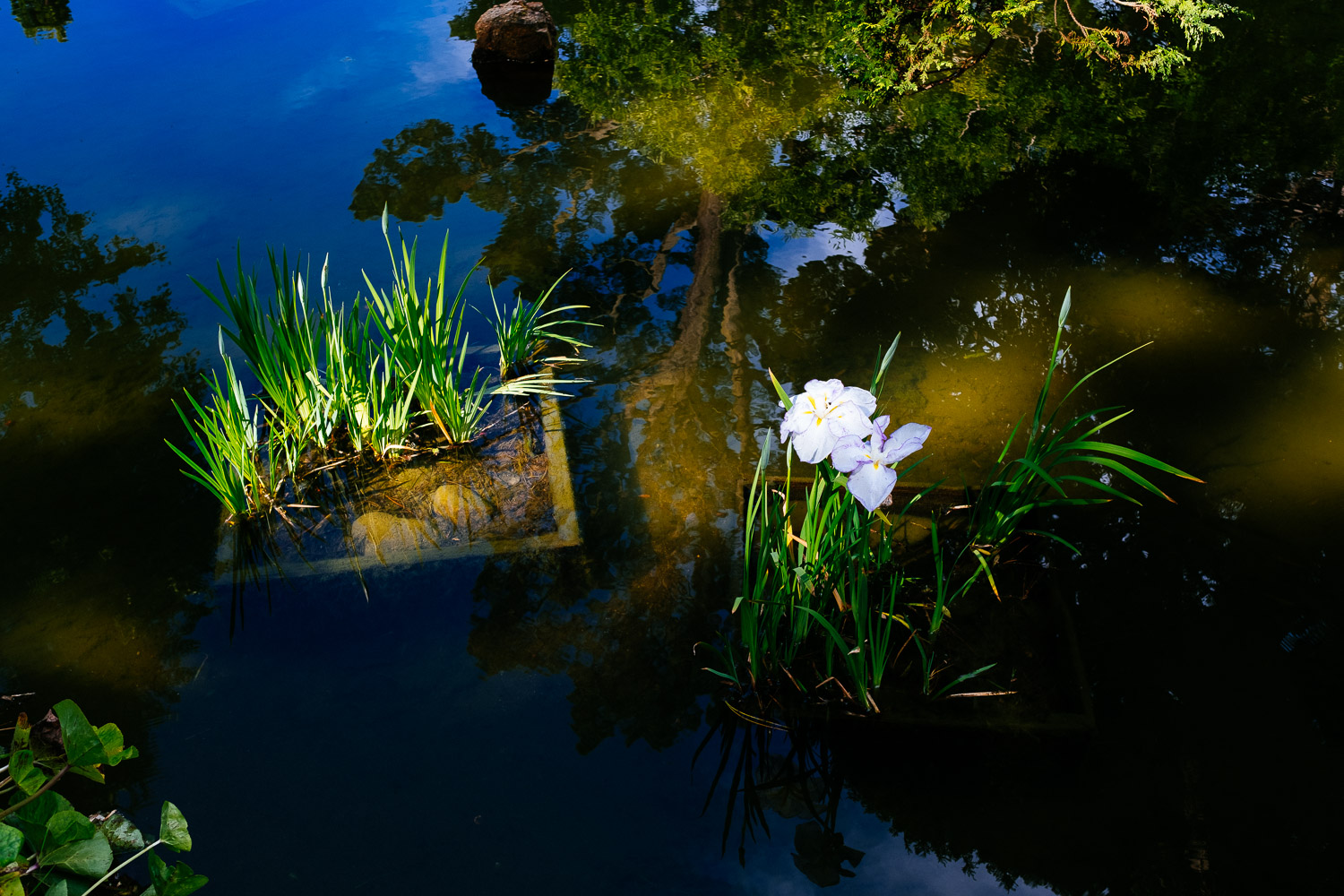 The big difference is that I do not carry everything with me all the time. When on a hike I take the 10-24 and the 55-200. When in a museum I take the 14 and the 23 or 27. This way the gear I have with me is much smaller and lighter. Beside that it’s rather awkward to pull out a DSLR with a 24-70/2.8 II in a restaurant to take a picture of your meal. A mirror less camera with a small lens is more discreet.

What I love about the Fuji system is its flexibility. I can put my X Pro-2, the 14mm and the 27mm in my ThinkTank Retrospective 5 bag which gives me an extremely light and small camera without scarifying image quality. That is what I do when I’m in Asia most of the time. And I could use the same camera with the three zooms in a small backbag to shoot landscape. That’s what I do when I’m in the USA. Same camera again but with 23/1.4, 35/1.4 and 56/1.2 when I plan to shoot portraits. If you shoot with a full frame DSLR and zooms you kit is never small and light no matter what you do.

When I shot with DSLRs I always had a compact digital camera as a “side shooter”. So when we went to the pub in the evening the big gear stayed in the room. So I took a lot of low light images with a small digicam where image quality was compromised. Today I take my main camera with a small lens. Simply one camera that does it all. 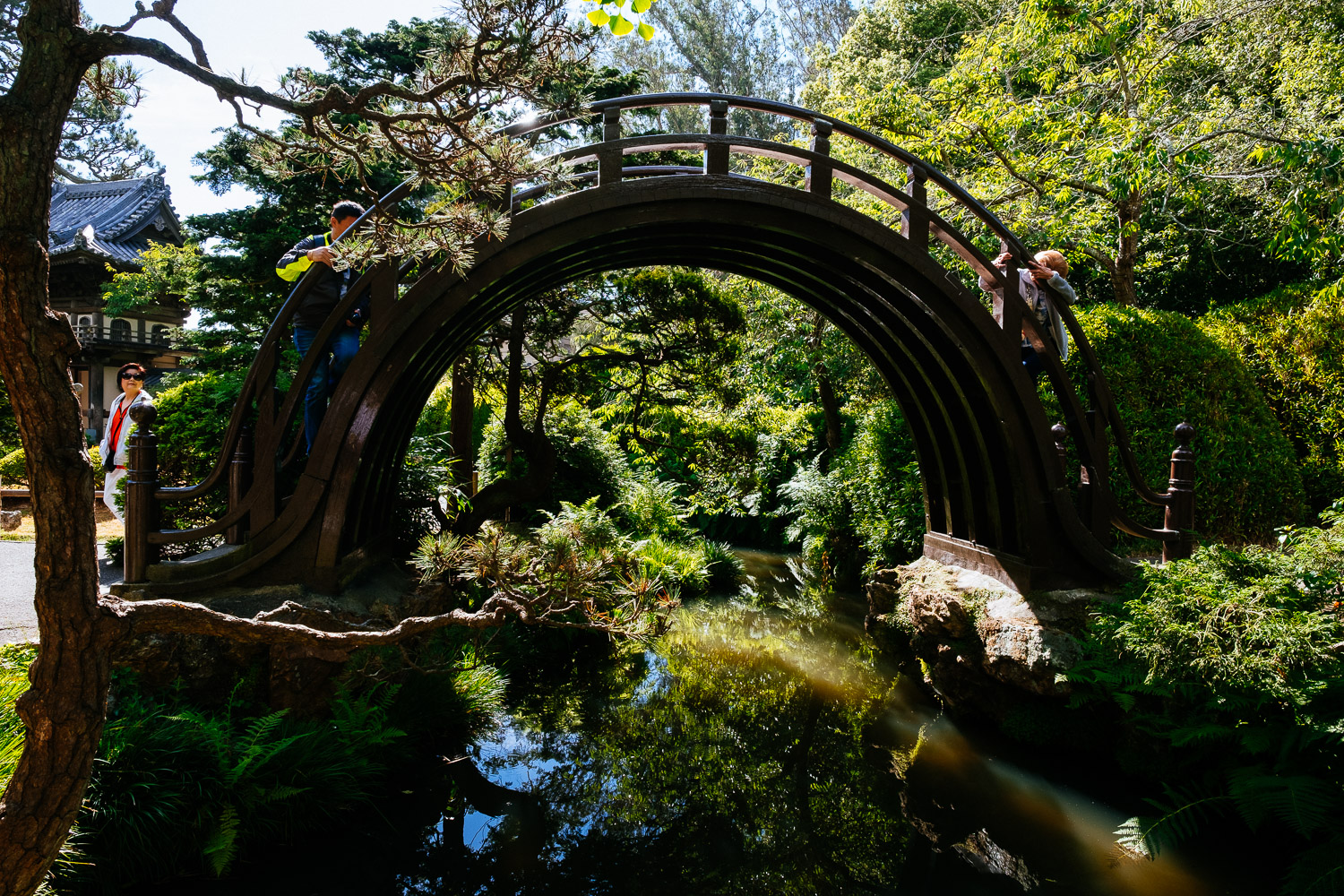