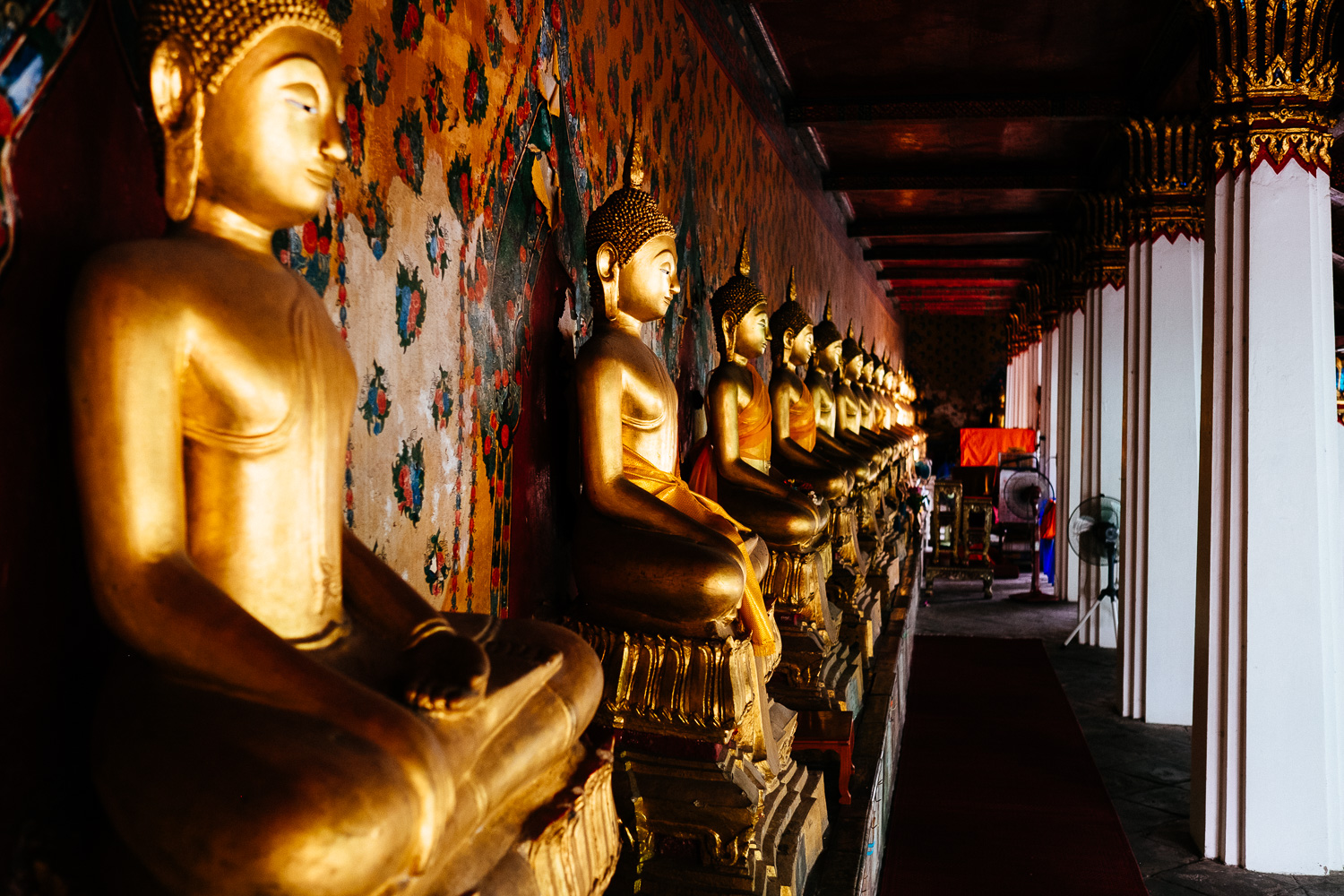 Wat Arun is one of the most famous temples in Bangkok. Google finds you hundreds of images from its outside in beautiful evening light but what to do if the light is just horrible? Simply step inside.

The light in Asia can be magical. Especially before sunset. I blame it to the pollution and the high amount of dust in the air. But the light in Asia also can be merciless – especially during the day. The smog plus the strong sun light at the equator results in plain white skies. Just unbelievable ugly and there is only one way to deal with it. You have to make sure that your pictures show no sky. And the easiest way to do so is to shoot inside of buildings or in small dark alleys. 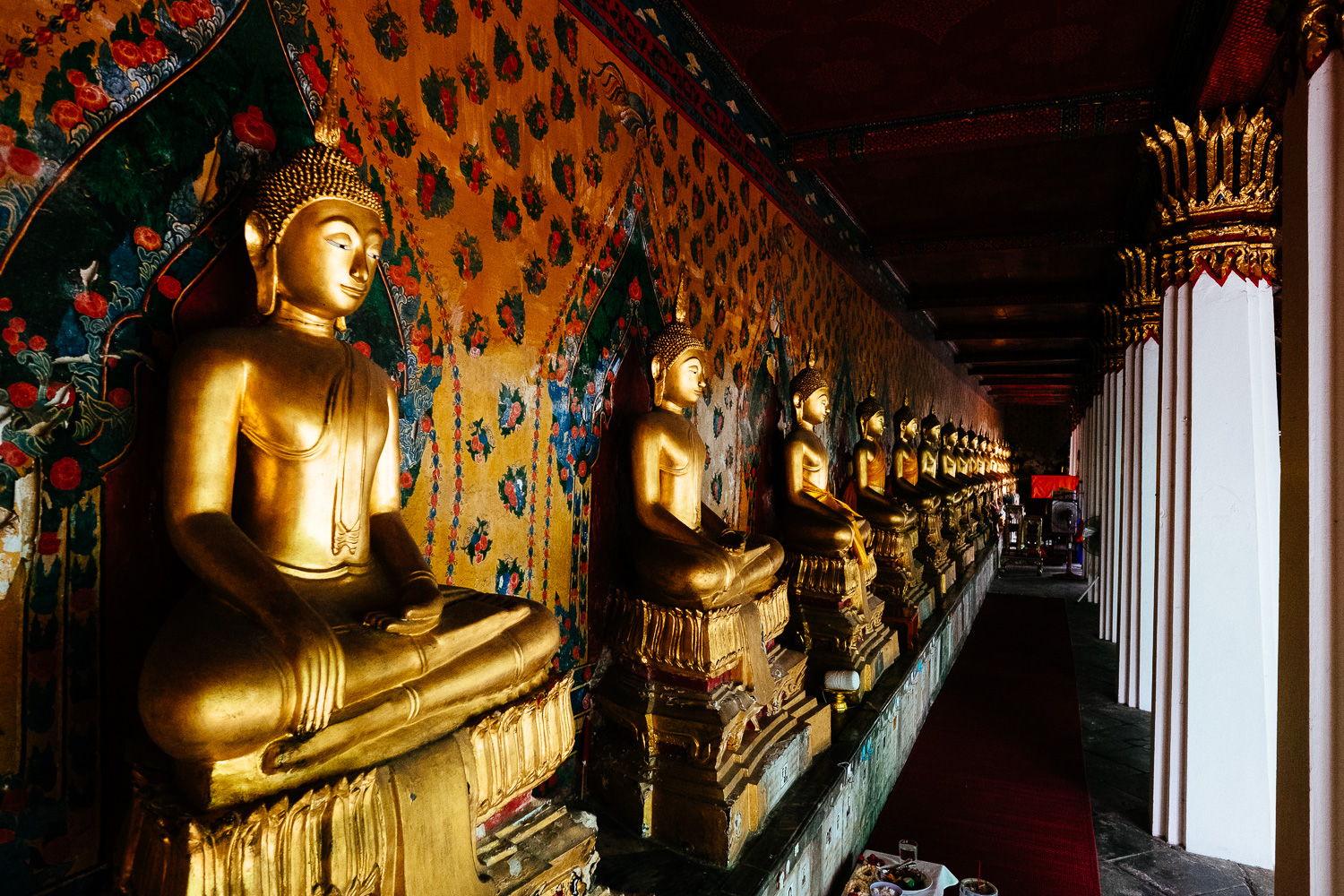 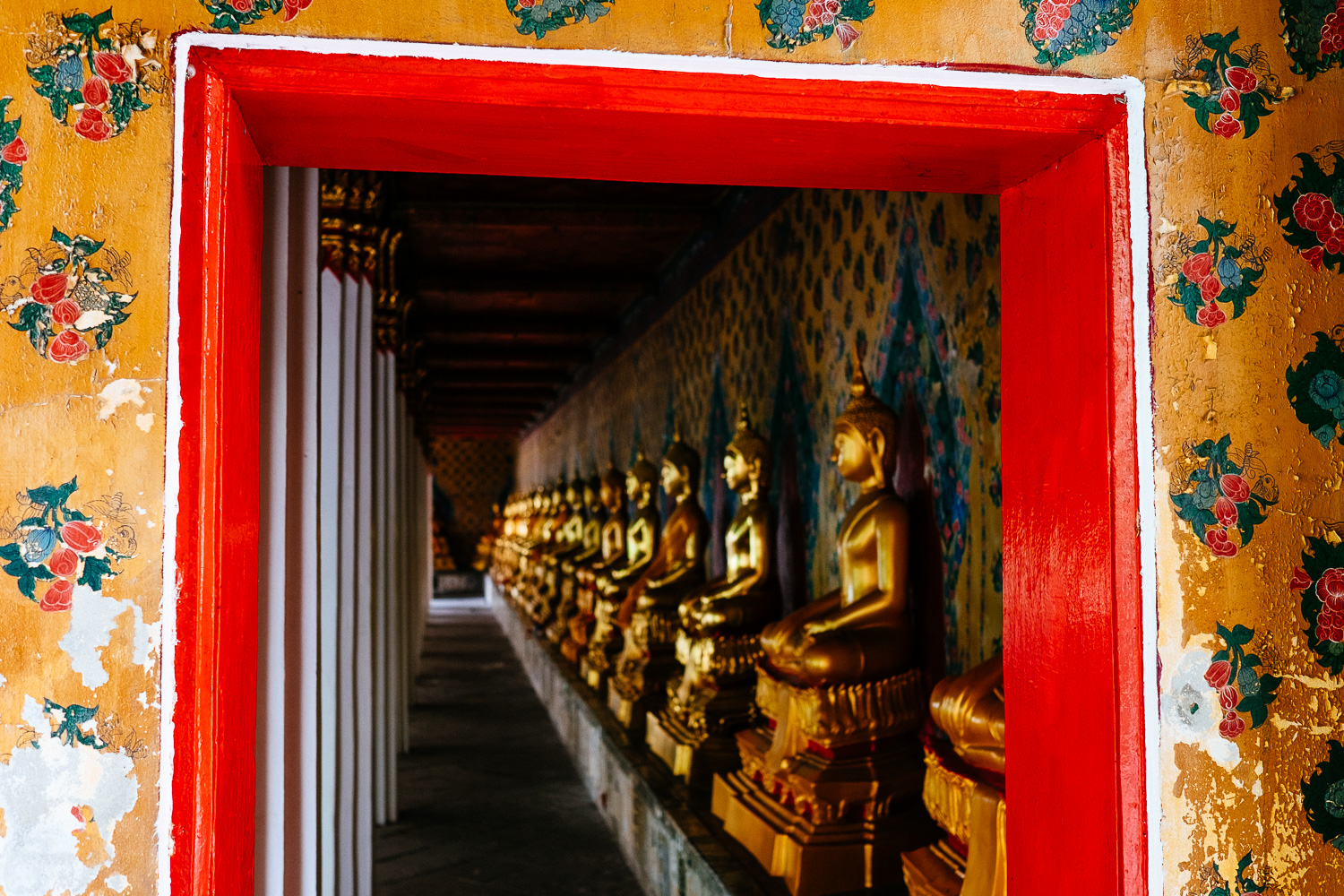 Of course I took some pictures when I approached the temple by boat. I also took some from outside of the temple but they were all crap. I knew it when I pushed the button. There is only one good way to photograph this temple. Be at the opposite side of the river bank at the blue hour and shoot with a short tele lens to include the river and some sky. Everything else is just a waste of time.

Except to step inside and take some images of the paintings and ornaments and all the Buddhas in its hallways. It’s always amazing to find all those signs of decay on this top tourist attractions. But to be honest I much prefer this authentic look. The chipped of paint, the mold – it looks much better that way than the freshly renovated churches and cathedrals that we have in Western Europe. And it looks fantastic in the pictures.

I think this is the main attraction of Cuba today. Once they have renovated all their old buildings with the new money from american tourists the magic will be gone. And when the start to sell their old american cars from the 50s there is no reason left to go there.

In Asia it is exactly the same. Tourists want to see old temples and those temples have to look old not like they have been build two years ago. Old temples and the old, long forgotten Asia. No tourist comes here for shopping malls! We have more than enough of the same at home. Even though I have to admit that where I live I can’t buy a Lamborghini or a Rolls Royce in a shopping mall. 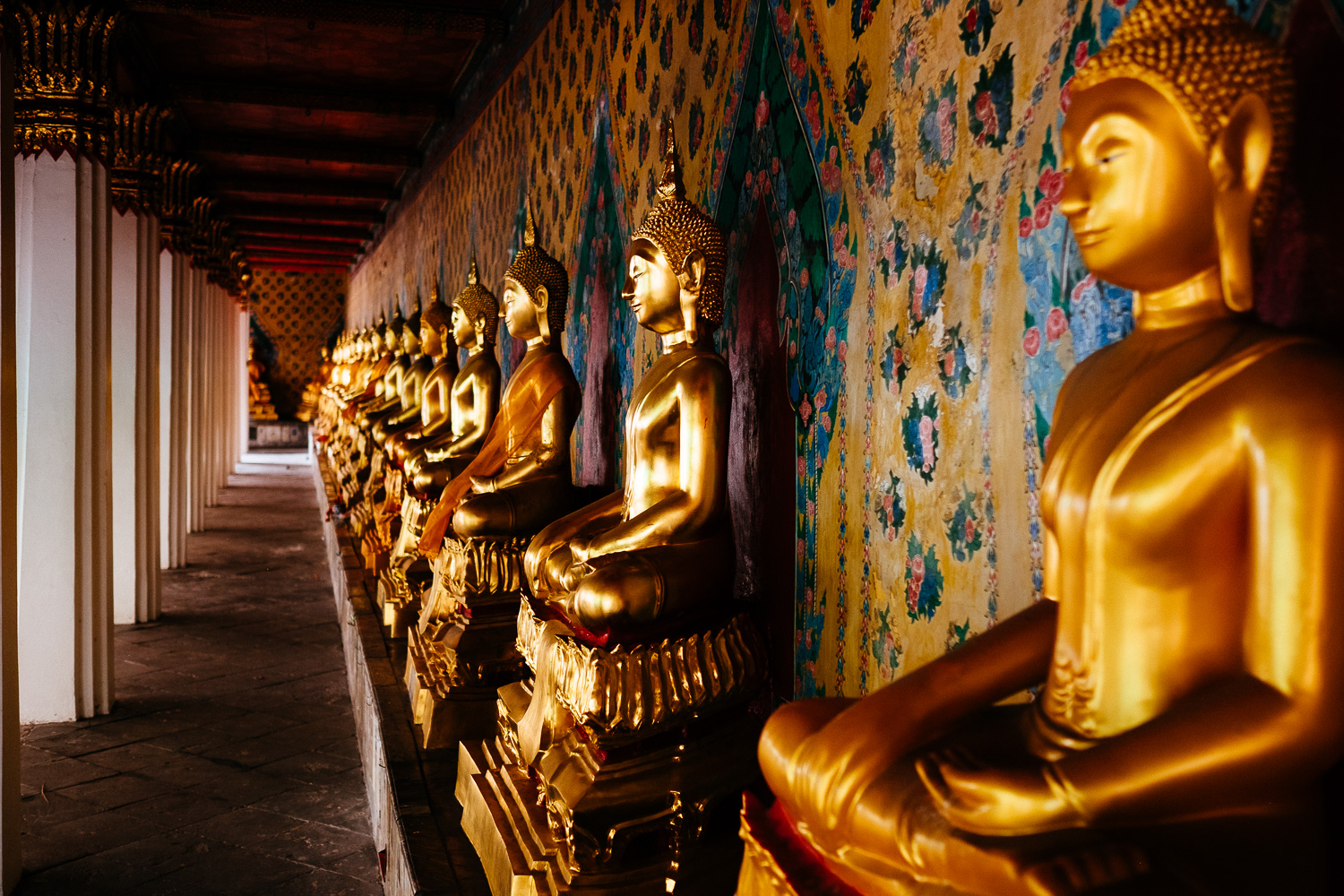 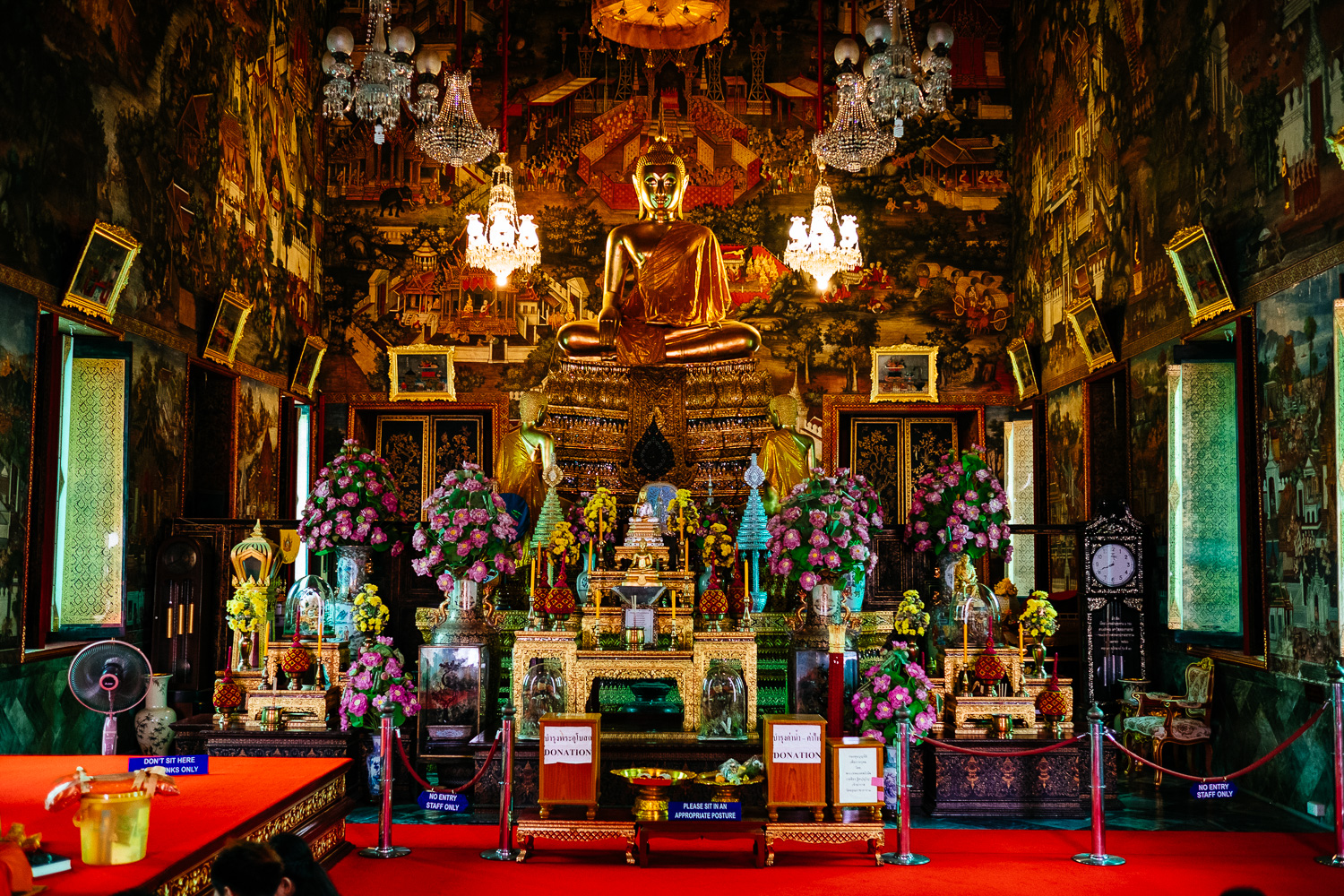 The last two images are from inside the main building. It’s a large but rather dark room because of all the dark paintings on the wall. I took those pictures last year so they are still taken with the Fuji X-T1. A fantastic camera no doubt but I wish I would have had the X Pro-2 back then. The 24MP really make a difference and all the detail inside the temple would look fantastic in high resolution. Seems like I have to go there again.

Also to take some nice shots after sunset. 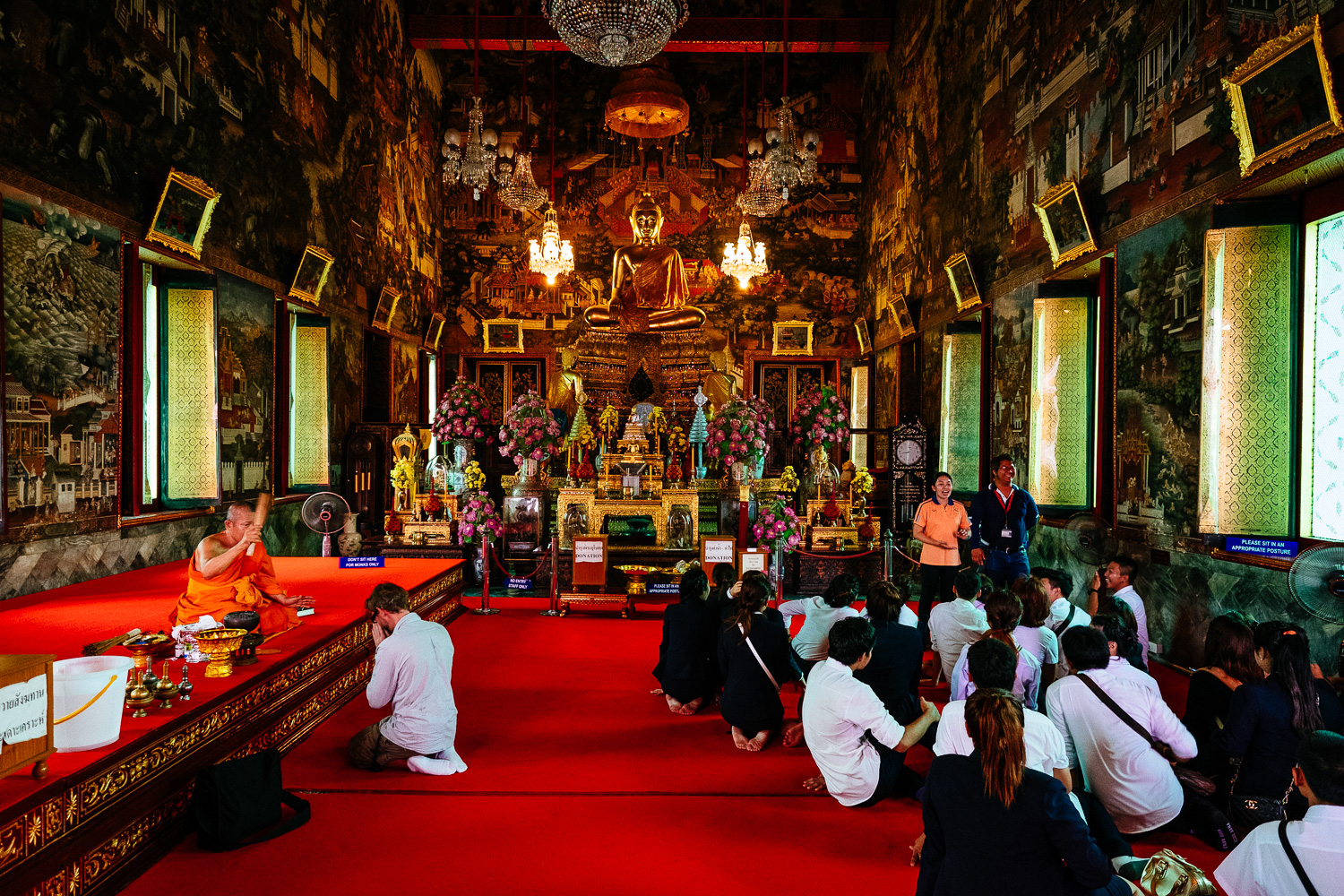