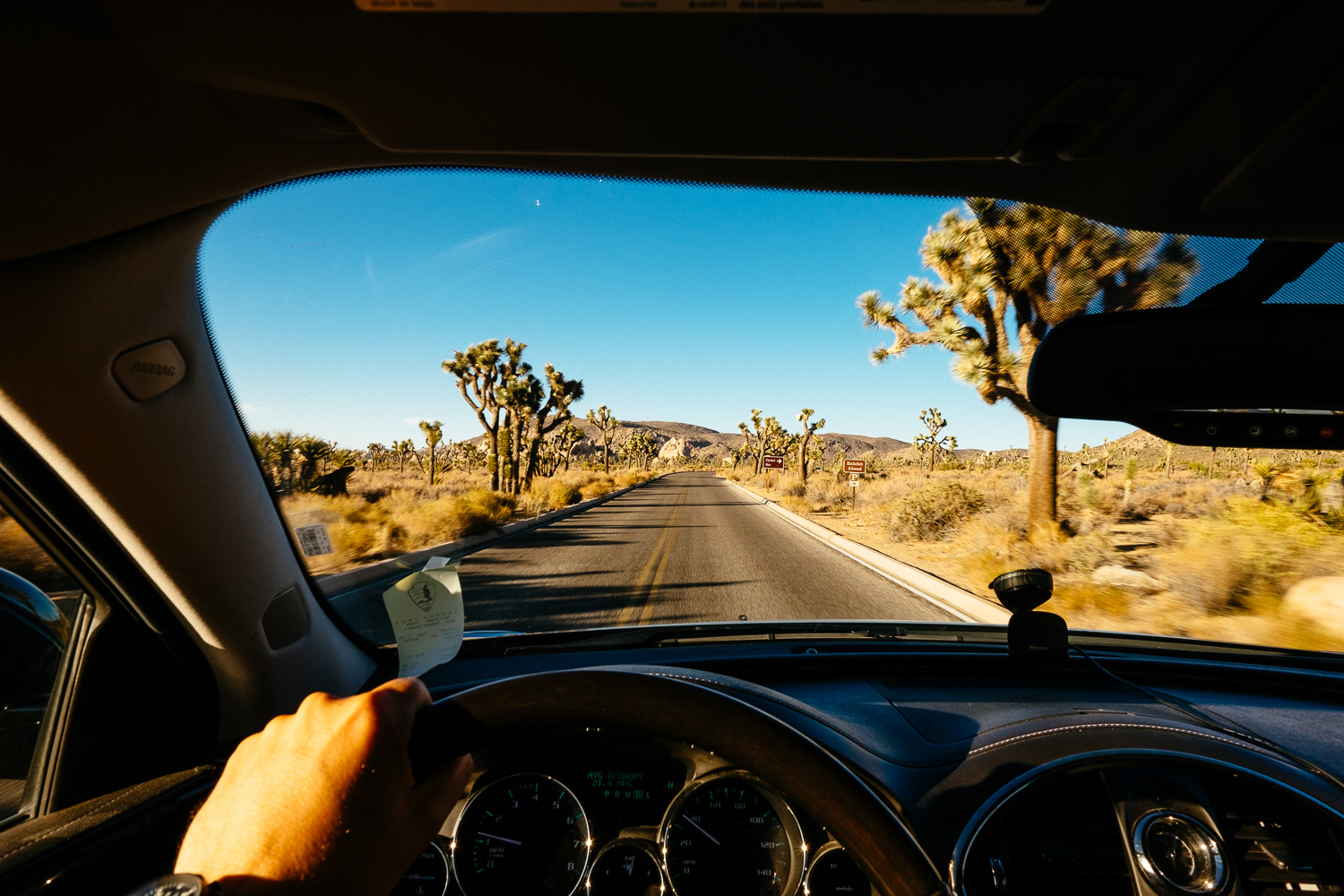 The last blog post from the Joshua Tree NP. For this year. I have to come back.

Well technically I already visited the place again in my 2015 trip to the USA. But those images are still from the 2014 trip. The one where we had to go in August instead of autumn and where we also had no chance to go in spring because of my bicycle accident. So it was hot, hot, hot but the sky was out of this world: as blue as it gets! 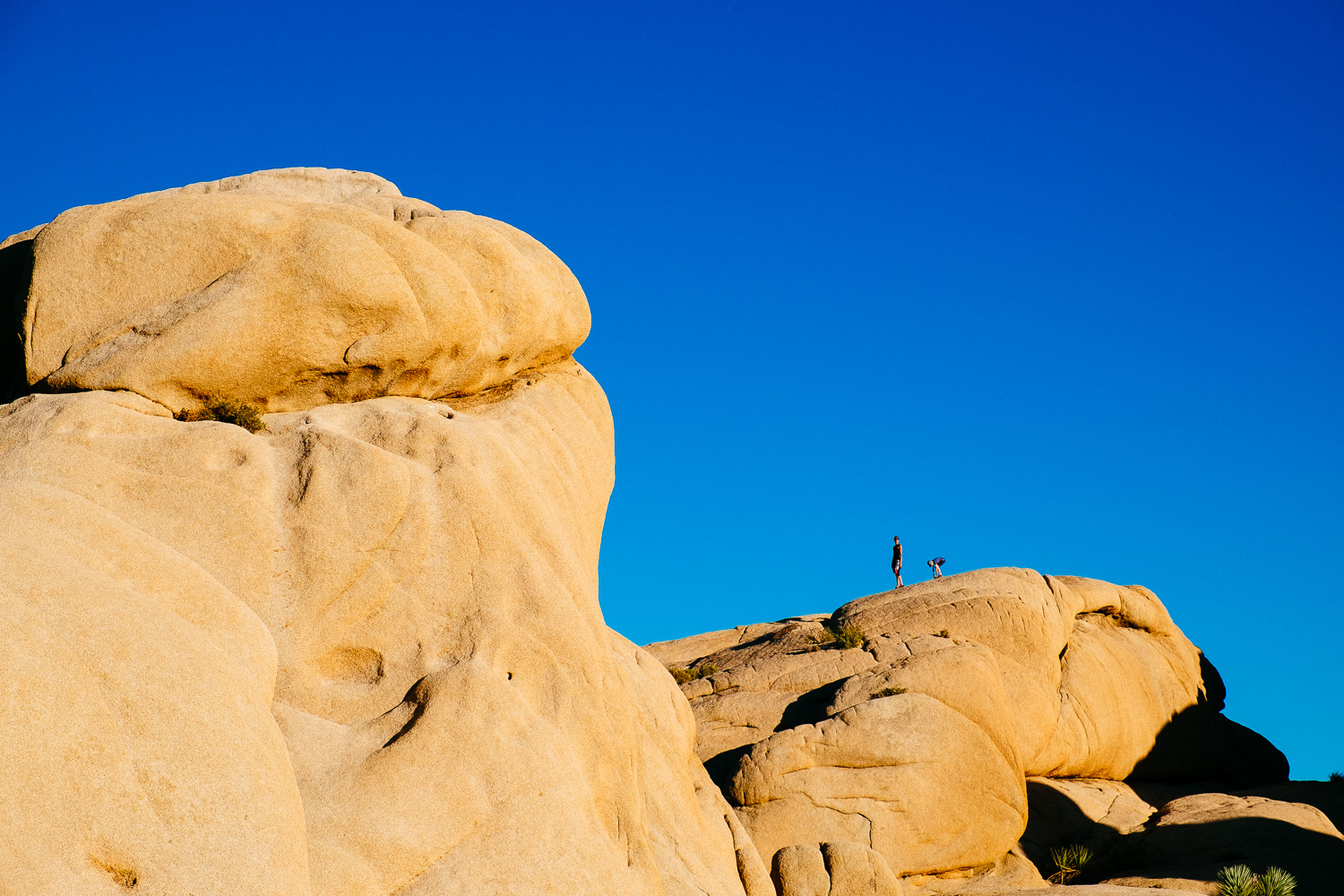 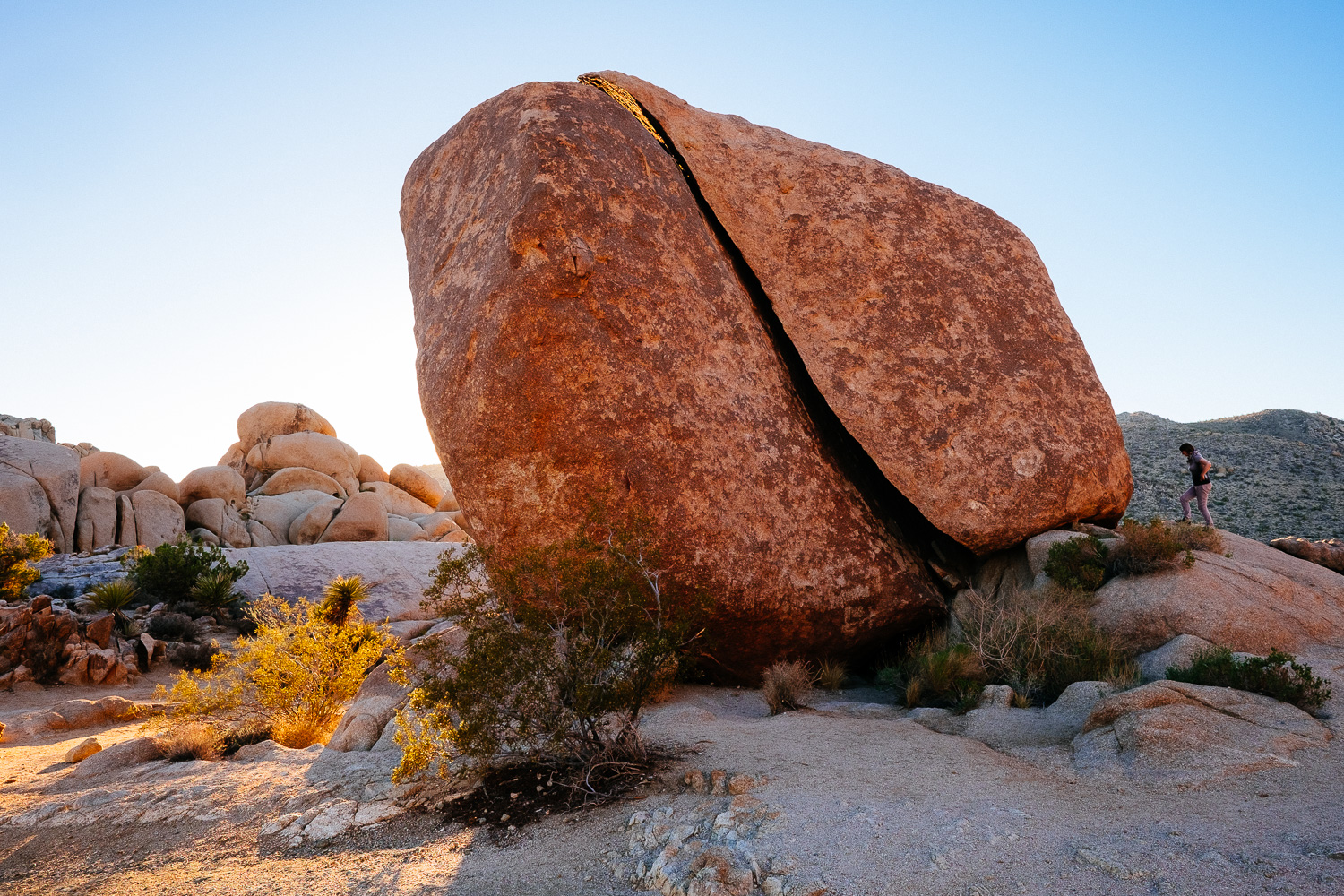 The Joshua Tree NP is famous for its trees but it is all about rocks. Just look at the two images above: How small the people are compared to the rocks.

It’s always a good idea to put people into landscape shots to give the viewer an idea of the size of a waterfall or in this case of rock formations. In quiet areas or outside of the peak season just ask your better half to pose for you. 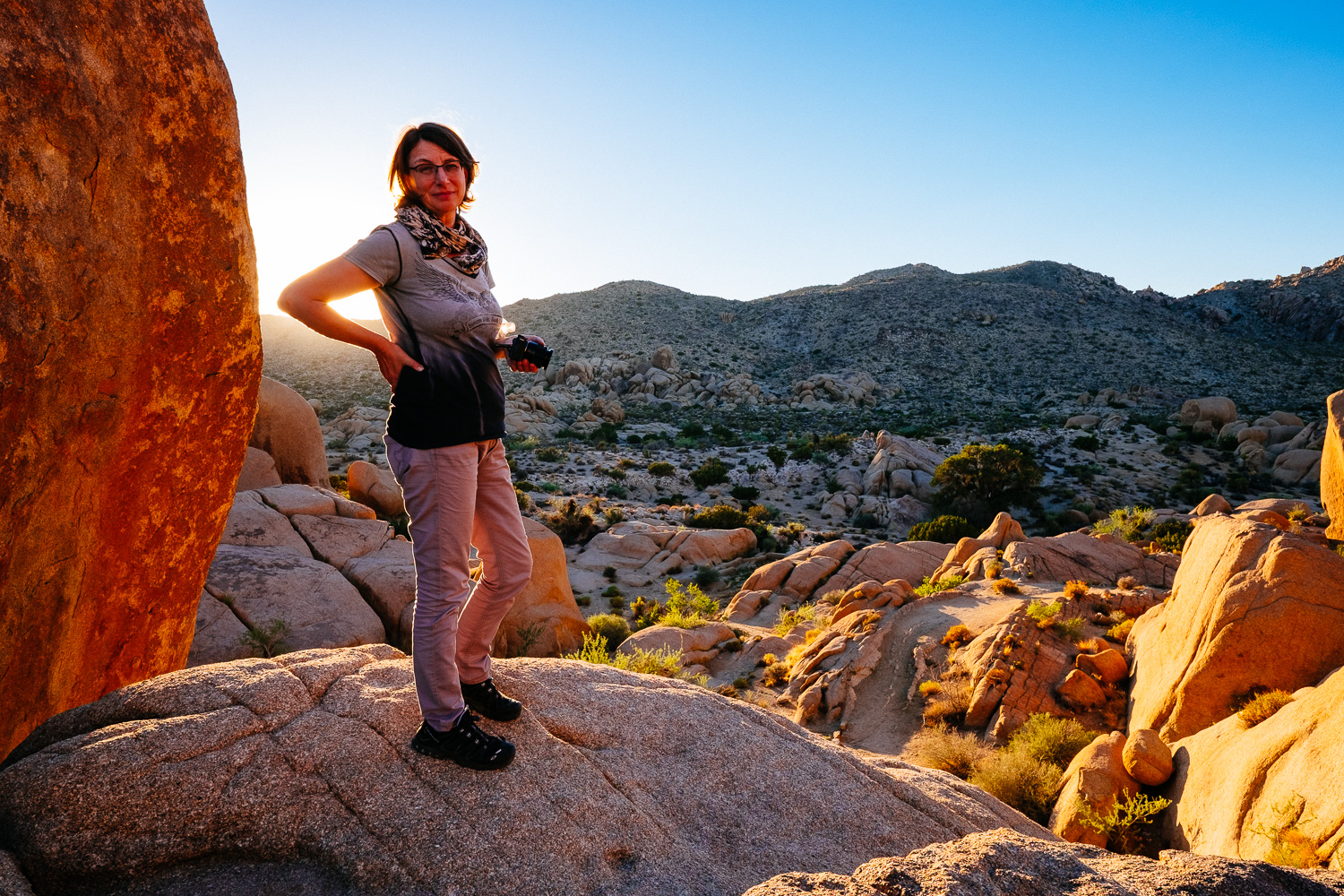 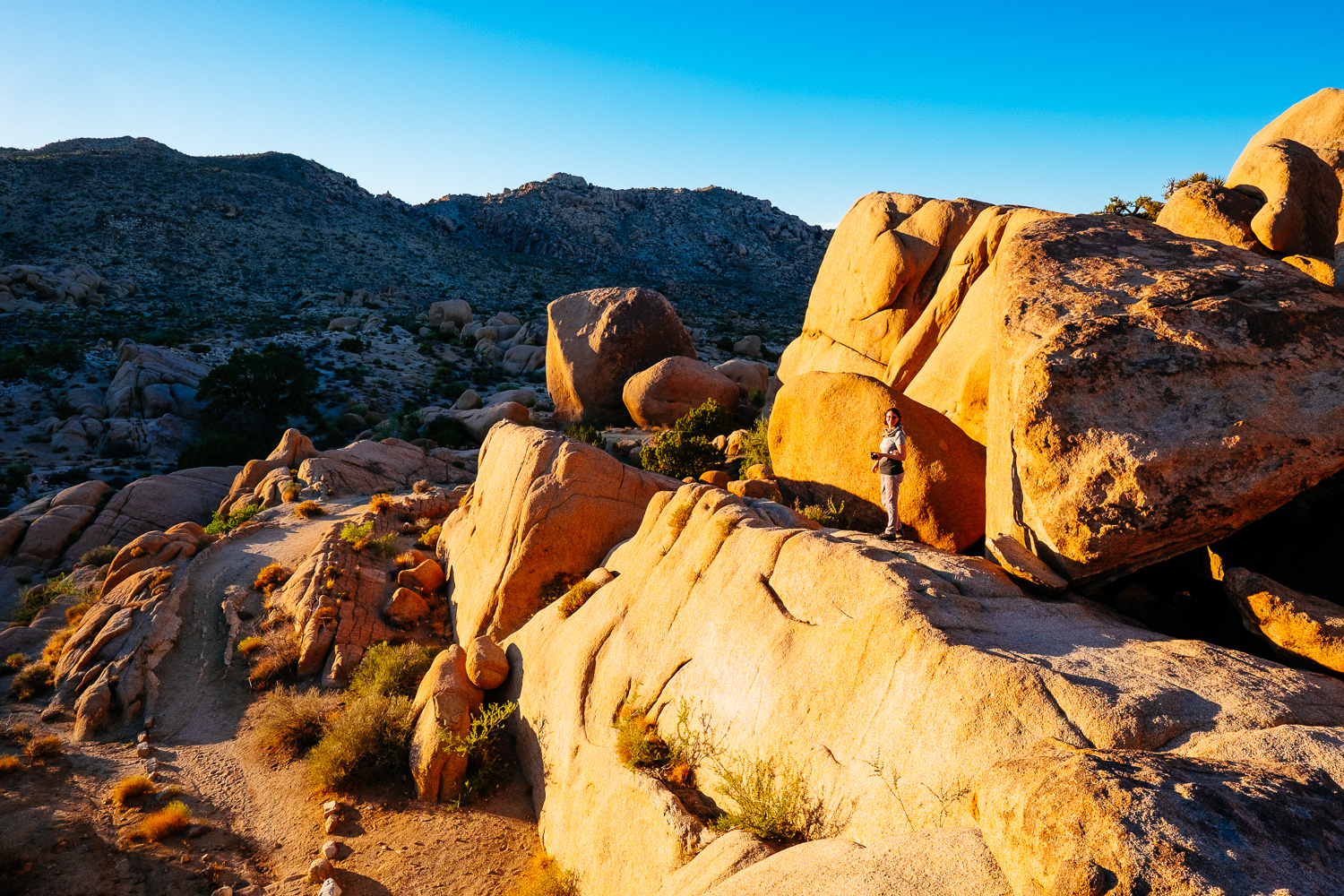 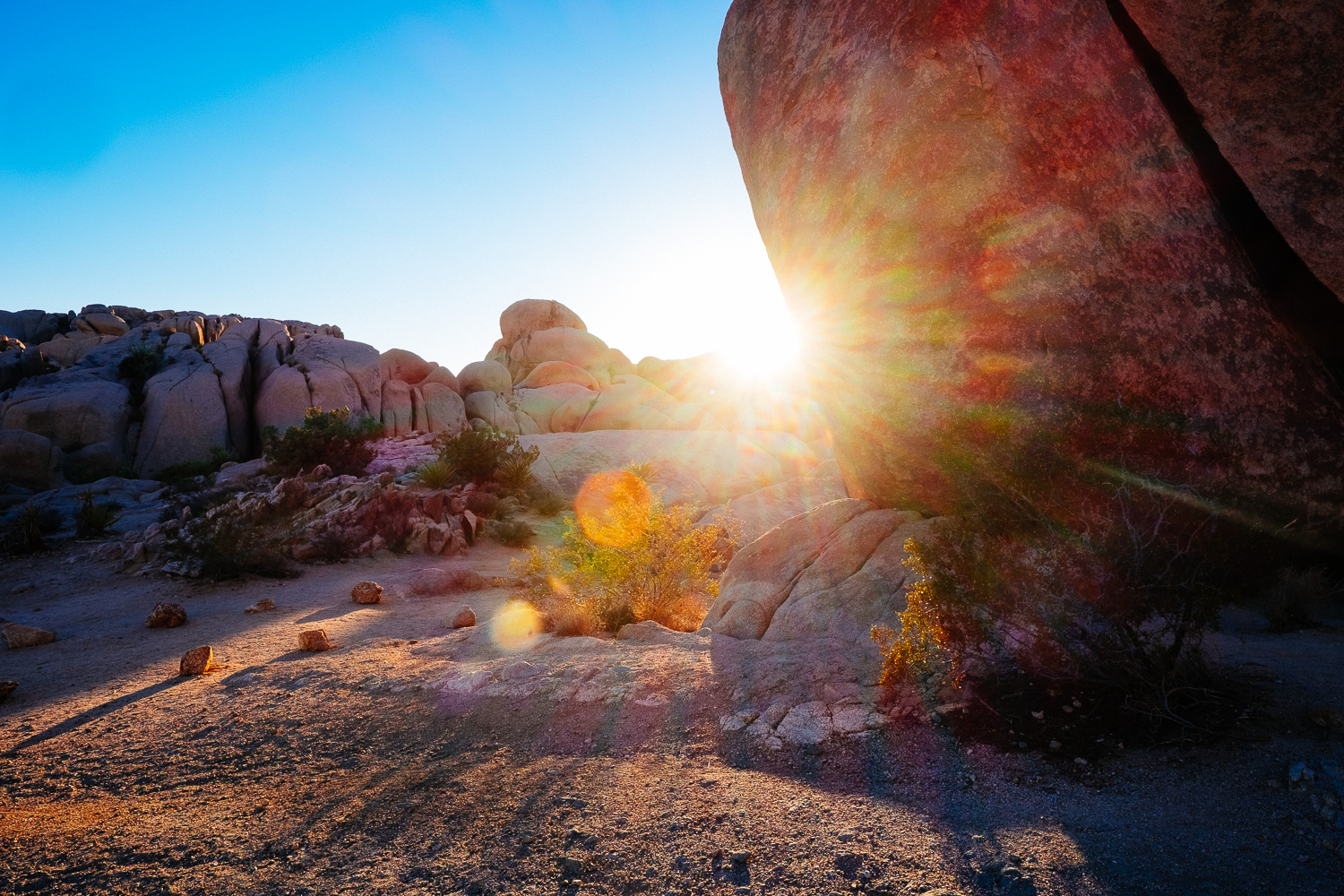 Another thing I have learned is to shoot straight into the sun. Those images always look great and they scream summer! There is no need to be afraid of lens flare because it only adds to the shot.

And if you wait long enough the evening sun turns the rocks into giant gold nuggets. It’s magic! 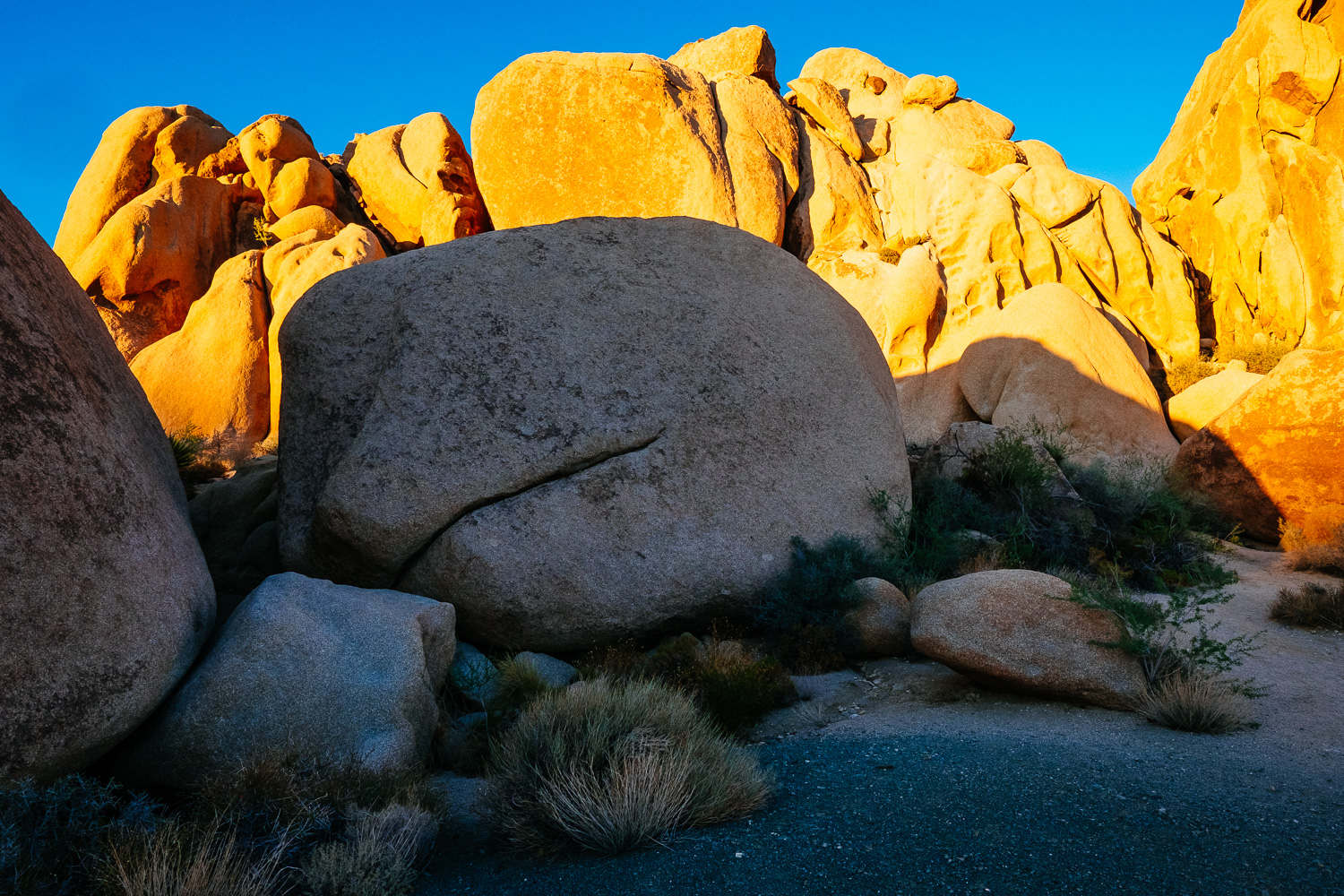 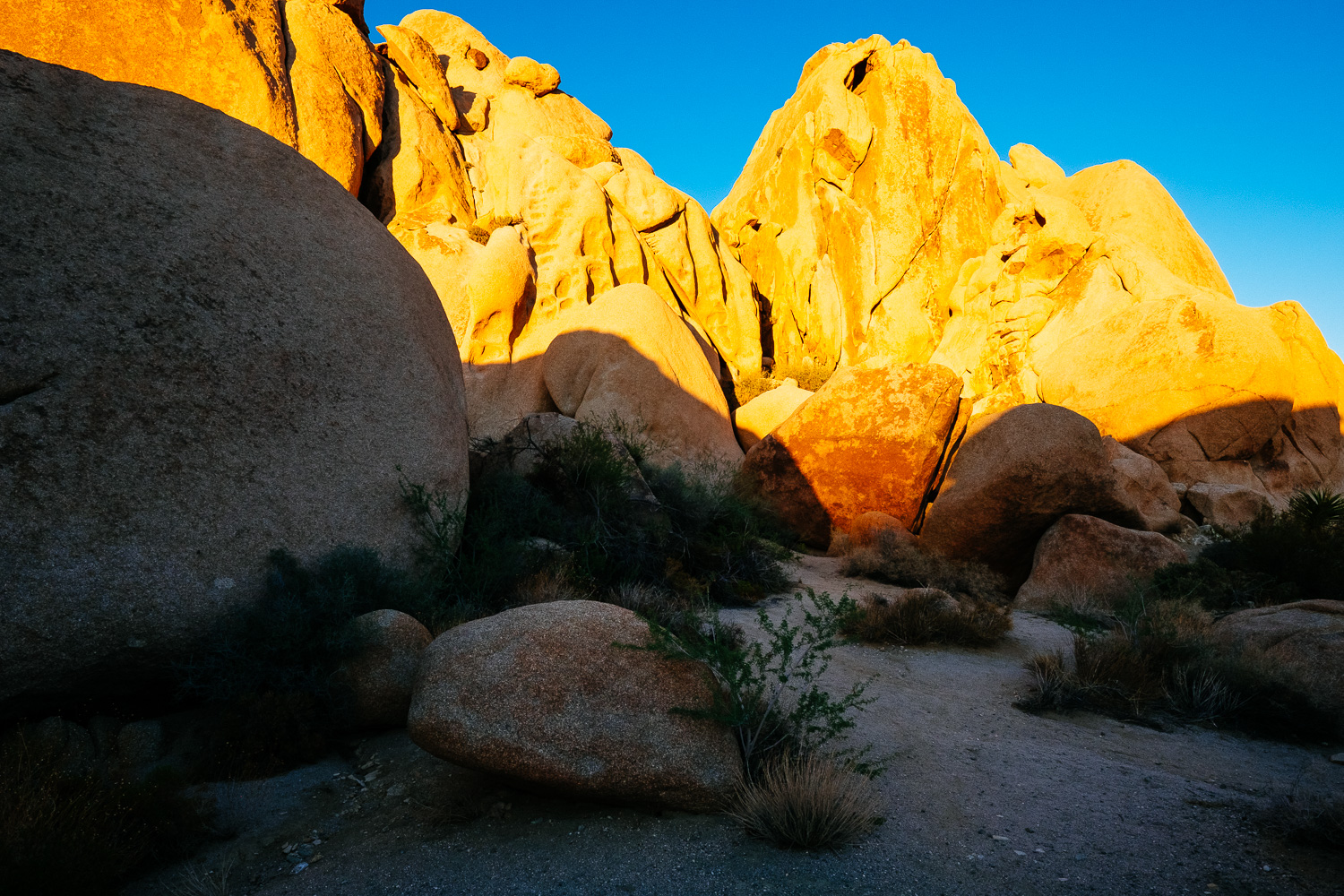 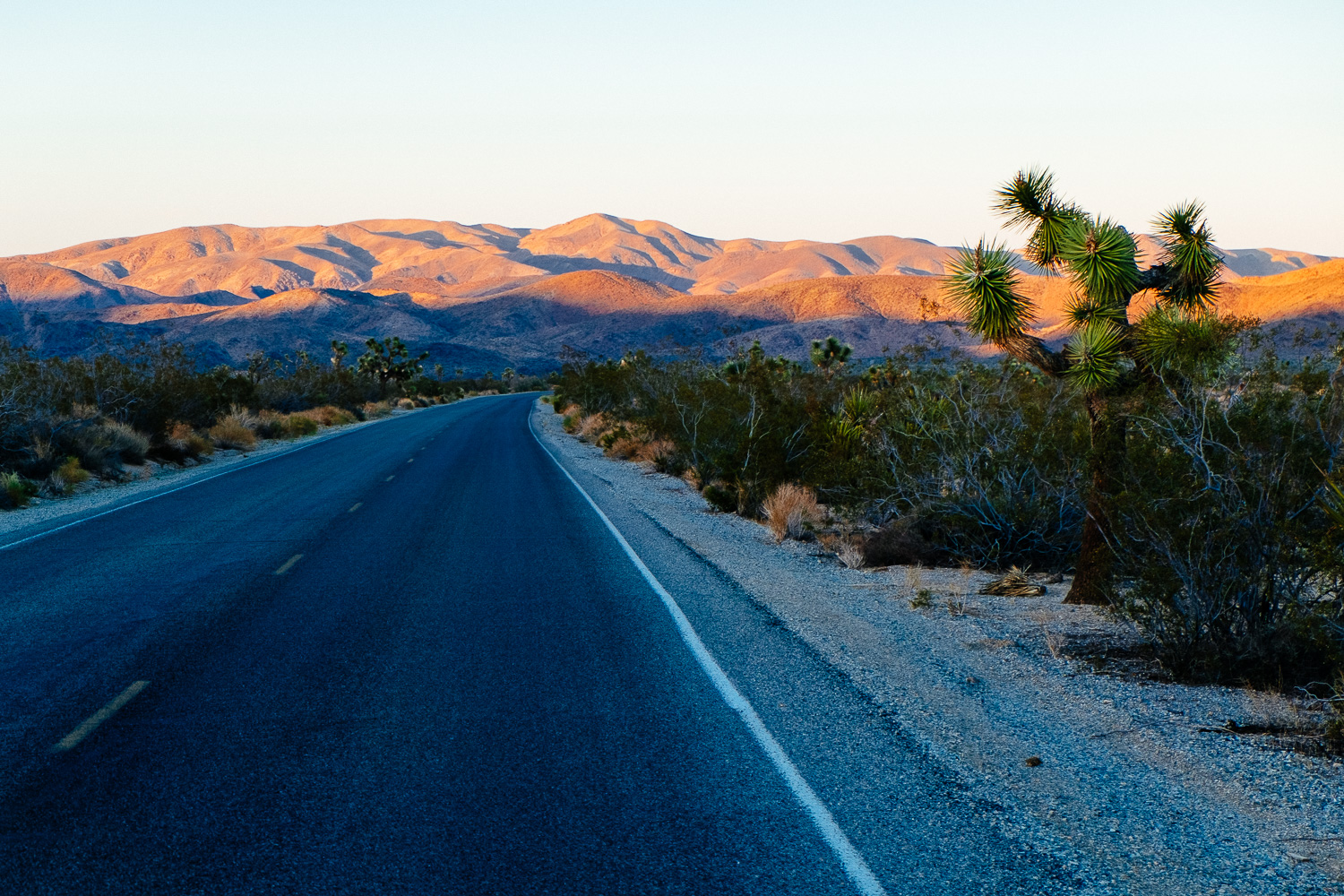 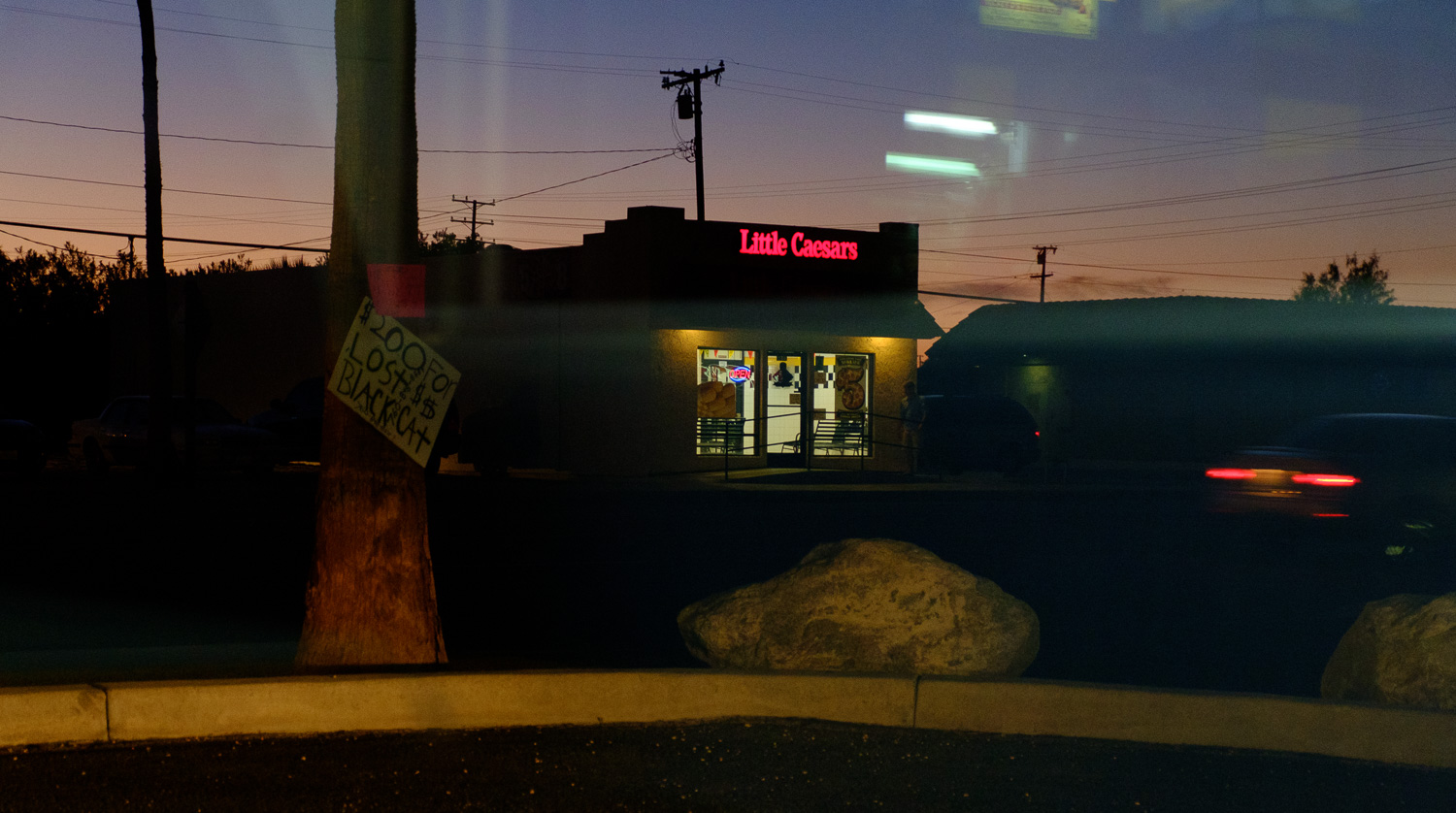 In other words: A Prefect Day. 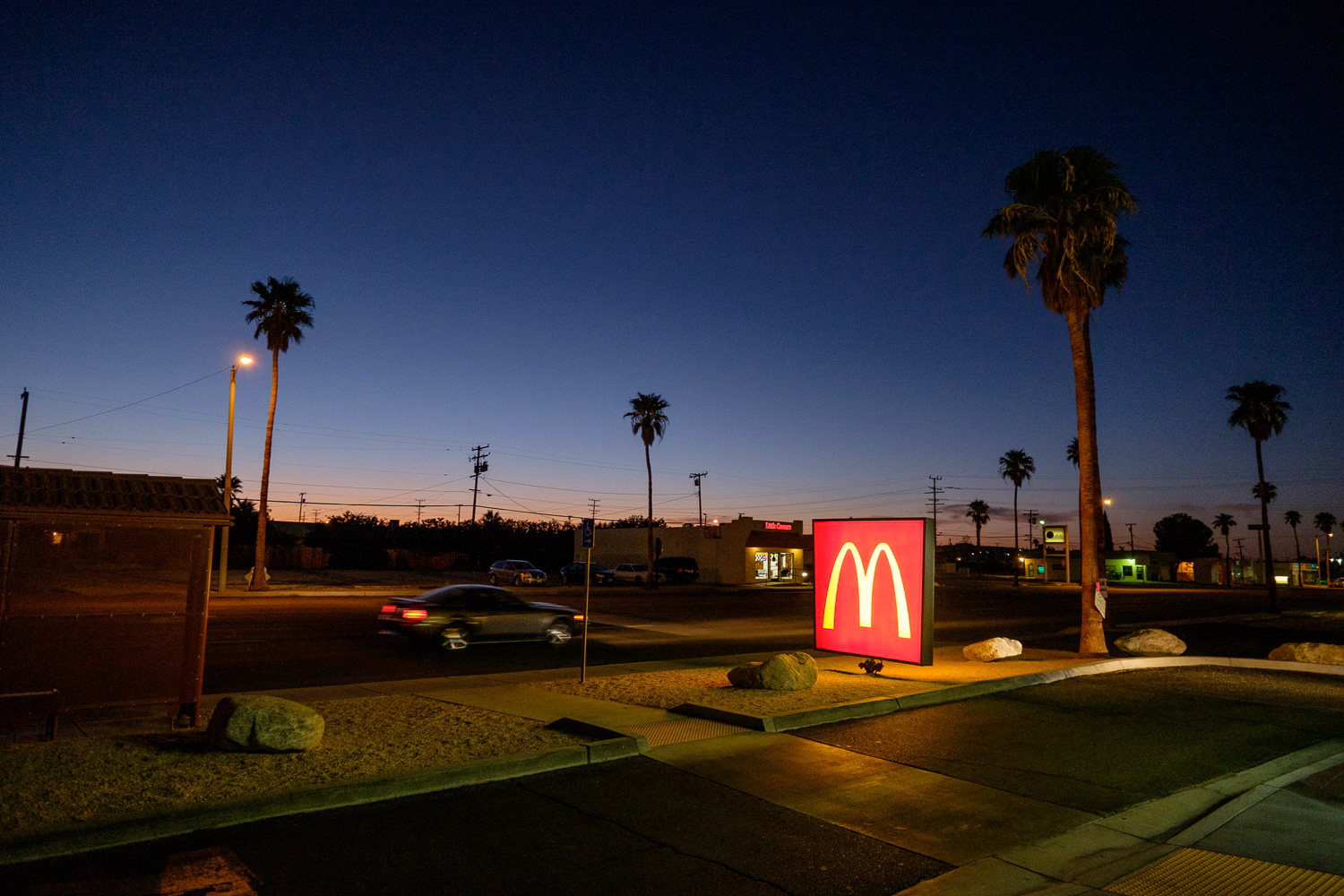