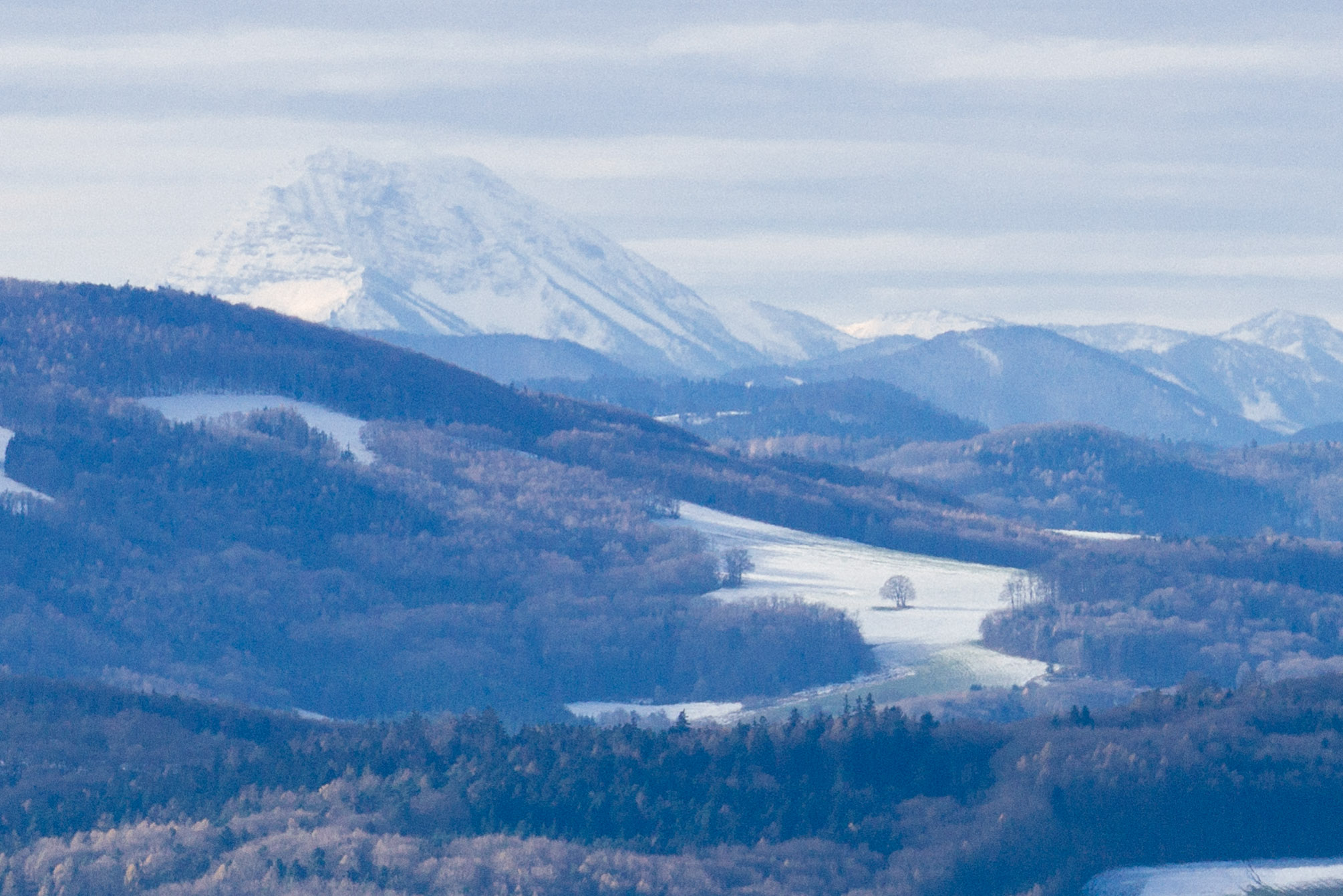 This year I missed the first snow because I was in India. I hate to miss that but I visited the Taj Mahal so there is no need to cry.

But first some pictures of the early winter in Austria. It’s not early though. We had times with first snow in October but this year was unusually warm. The snow felt two days before I returned from India and was mostly gone when I arrived. I was still tired from the trip so I relaxed on Saturday. On Sunday we made a short trip to the lookout tower where I was a couple of weeks before where I missed the opportunity to take a great autumn colors and fog shot where the castle in the picture below stood out of a sea of fog surrounded by trees with golden autumn leaves. That day I didn’t bring my Canon 6D plus the 70-200/2.8  IS II because of its weight.

This time I used my brand new Sony 70-200/4 OSS on the Sony A6000. I would have loved to shoot it on my Sony A7R but the shutter shock on this camera makes it an unreliable combo. It works great on the A6000 though and the combo is much lighter than the Canon lens alone. For now I use the A7R plus Canon 16-35/4 IS on a Metabones IV adapter and the Sony A6000 plus the Sony 70-200 OSS for landscape photography. This is a very capable but still manageable combination.

If you think that the first image is rather soft you are right. But 1. I like it that way. 2. It is a 100% crop of the image below. Not too bad if you ask me. There is a lot of atmospheric loss when shooting at such a distance. 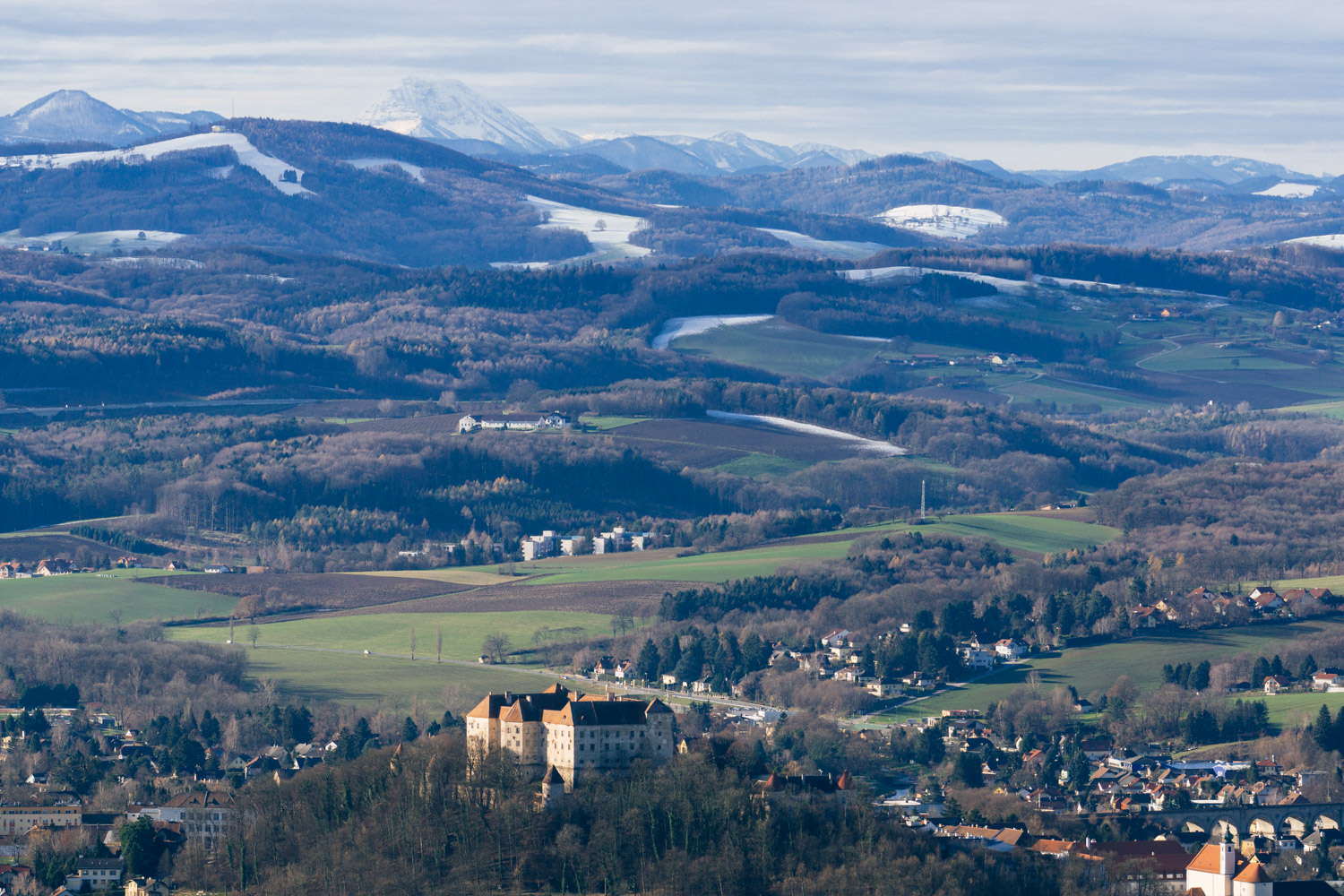 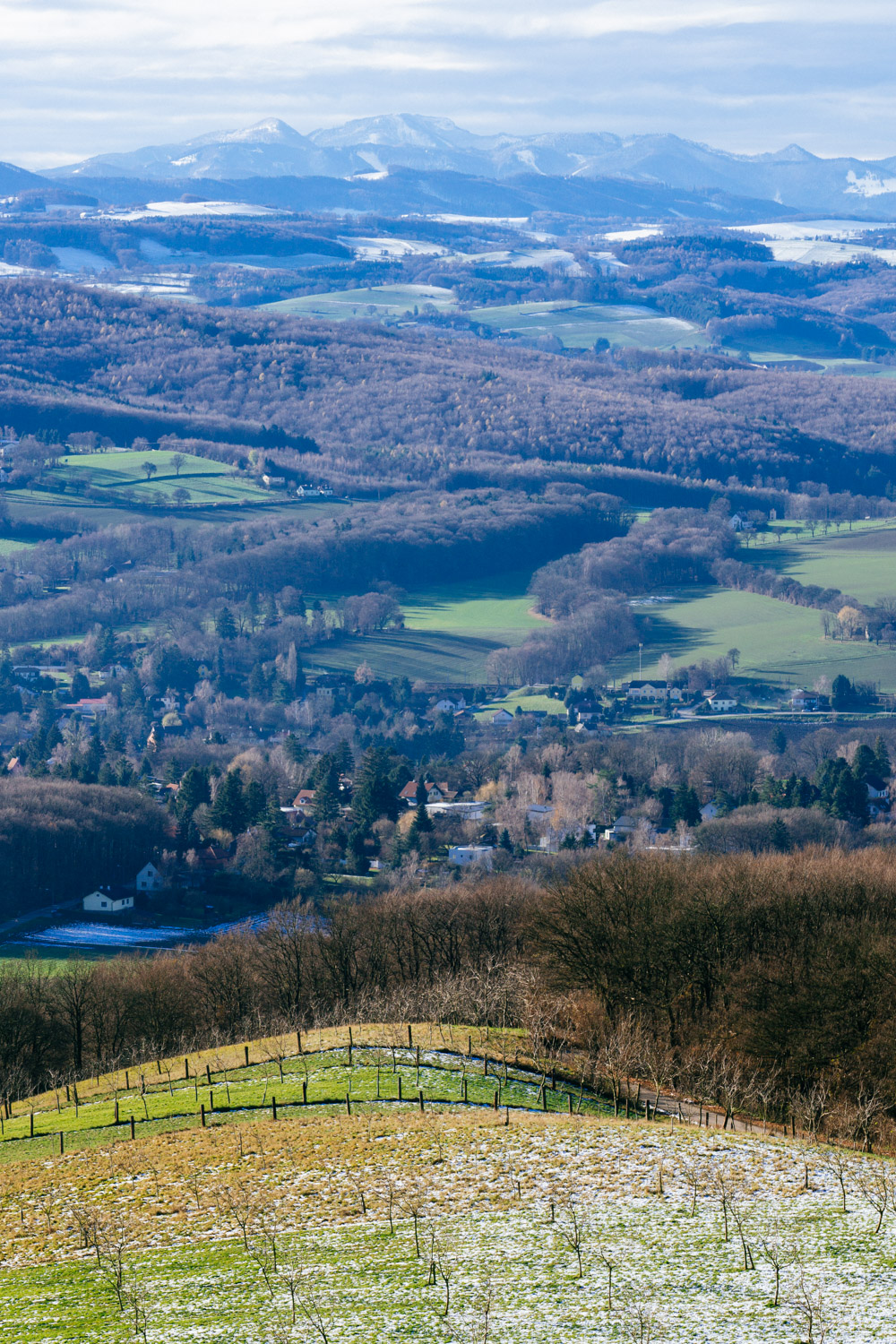 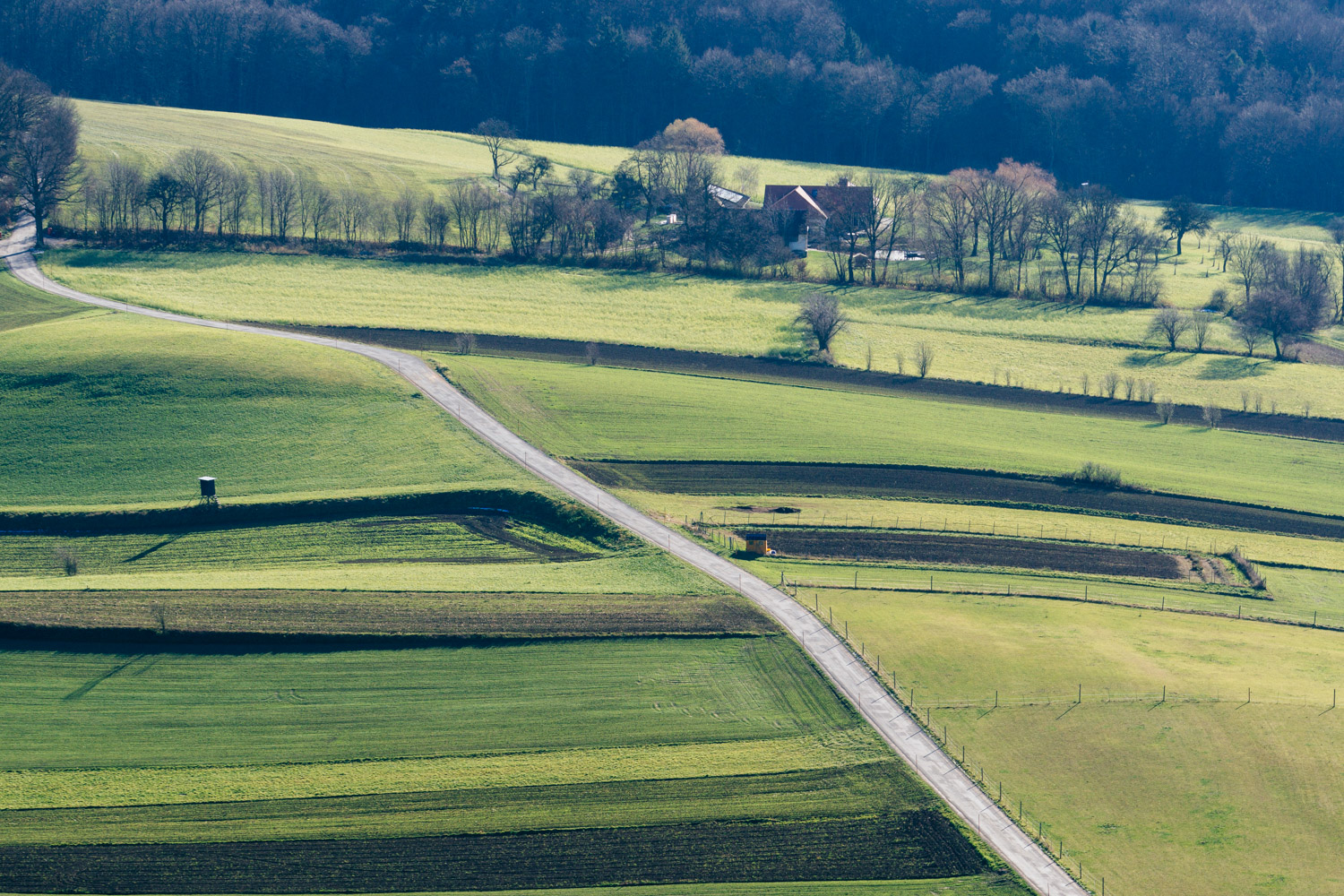 This time I only shot with the tele zoom. I like how it compresses the landscape. I used to shoot my 70-200 lenses on their long end a lot and got many of my favorite landscape shots that way.

But today the light was far from ideal and nowhere near like it was here three weeks ago. I really missed an opportunity back then. Like I did on this years vacation in the USA when the Canon 70-200/2.8 IS II stayed in the car for most of the hikes. Next time I will bring this lens and I will take it on hikes. 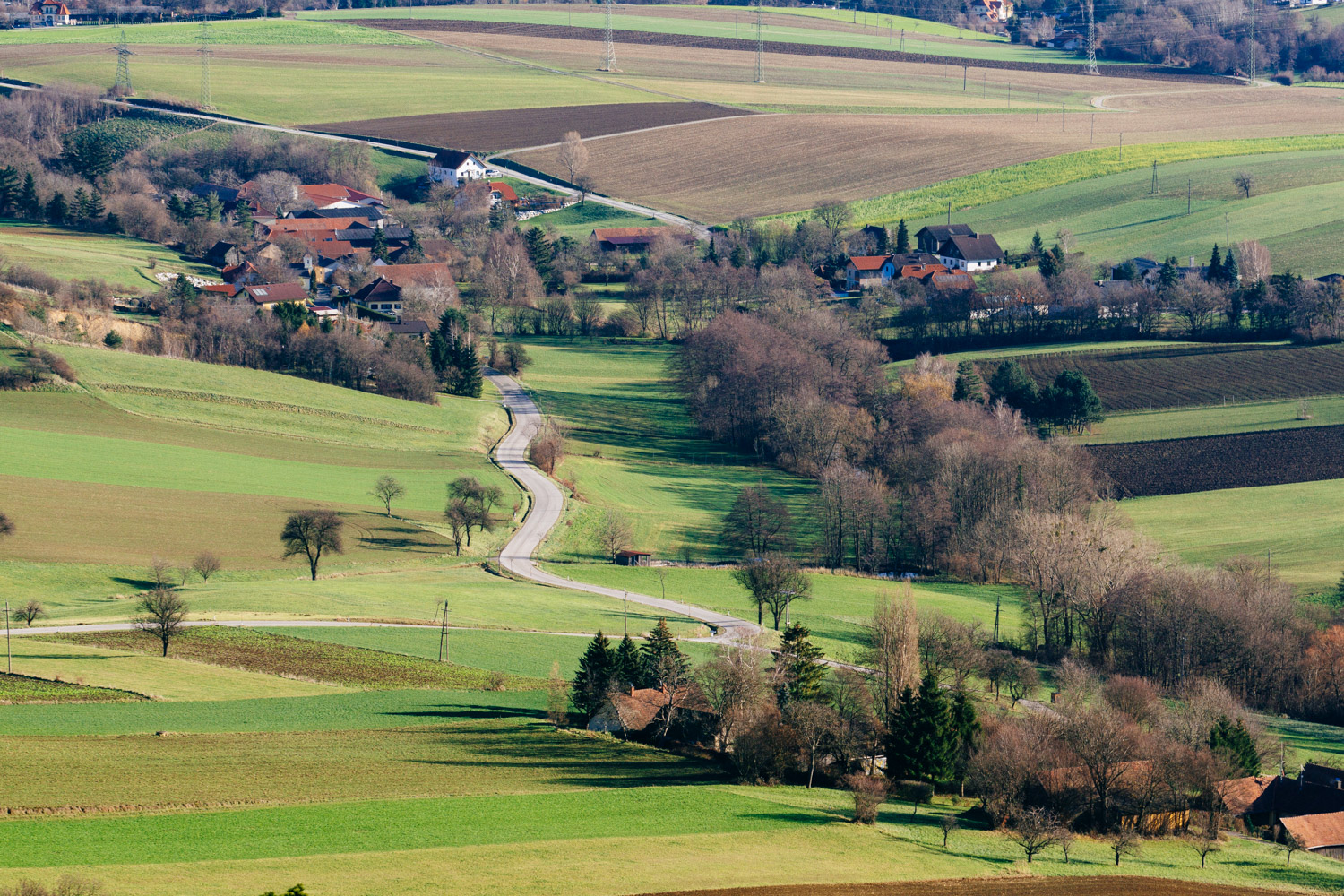 The last shot was taken from he same platform but it does’t fit to the other shots. The reason why I put it in the blog is the power station in the distance. It is the only nuclear power plant in Austria and it is the safest one on earth. It is save because we never turned it on. They built it in the early 70s and when it was finished the ask the people if it should go in operation or not. A small majority decided against it. The public consultation was held in 1978. Eight years before Chernobyl!

I was visiting the power plant when I was in an engineering school in the early 80s. At this time the government still kept it in good shape in case the people would change their minds. I saw a pro-nuclear power video when I was there and we had lunch in the canteen. After the nuclear melt-down in the USSR they gave up. It became a museum and now they have guided tours for small groups.

Why I’m telling you that? I will be there soon to take some nice pictures. 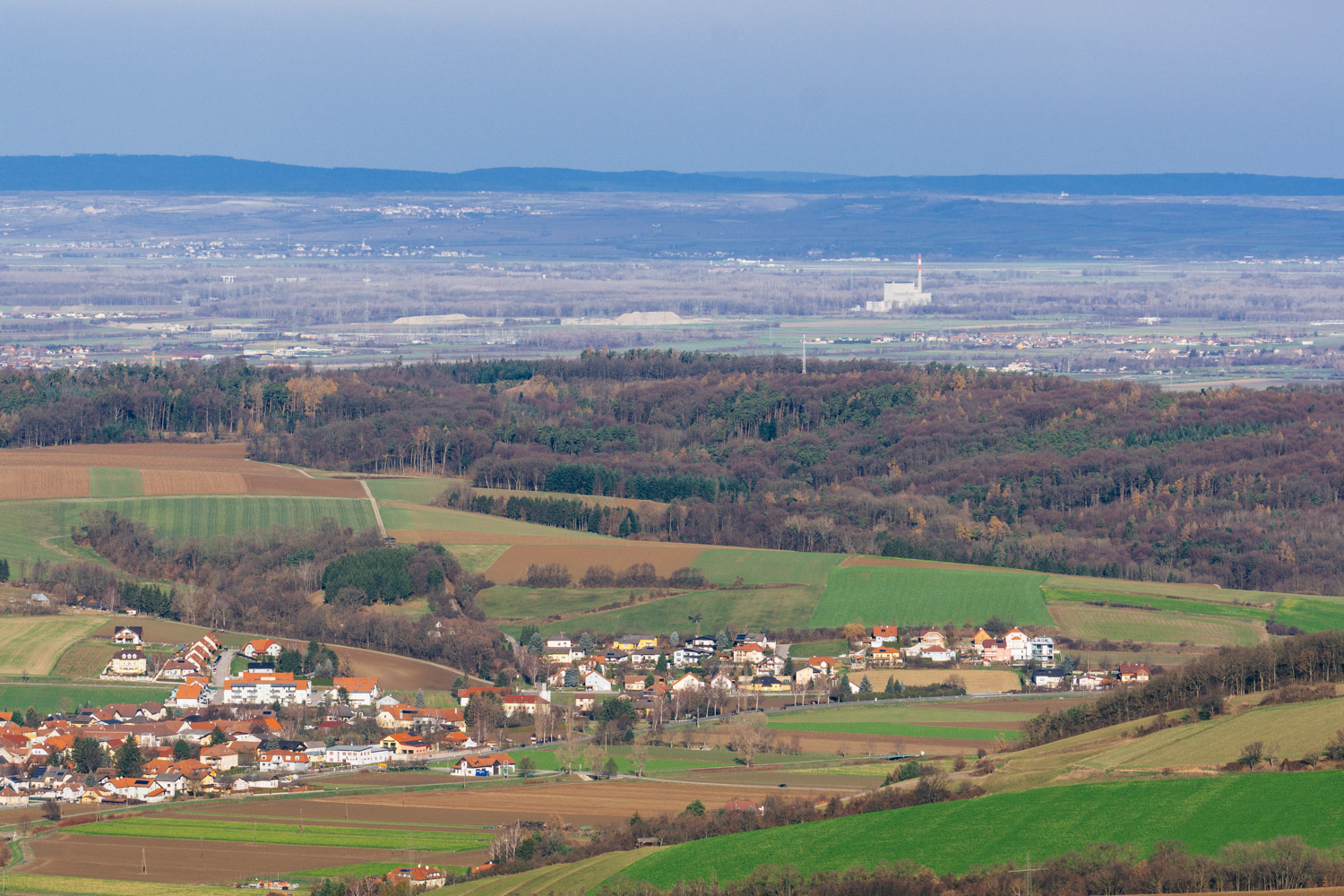