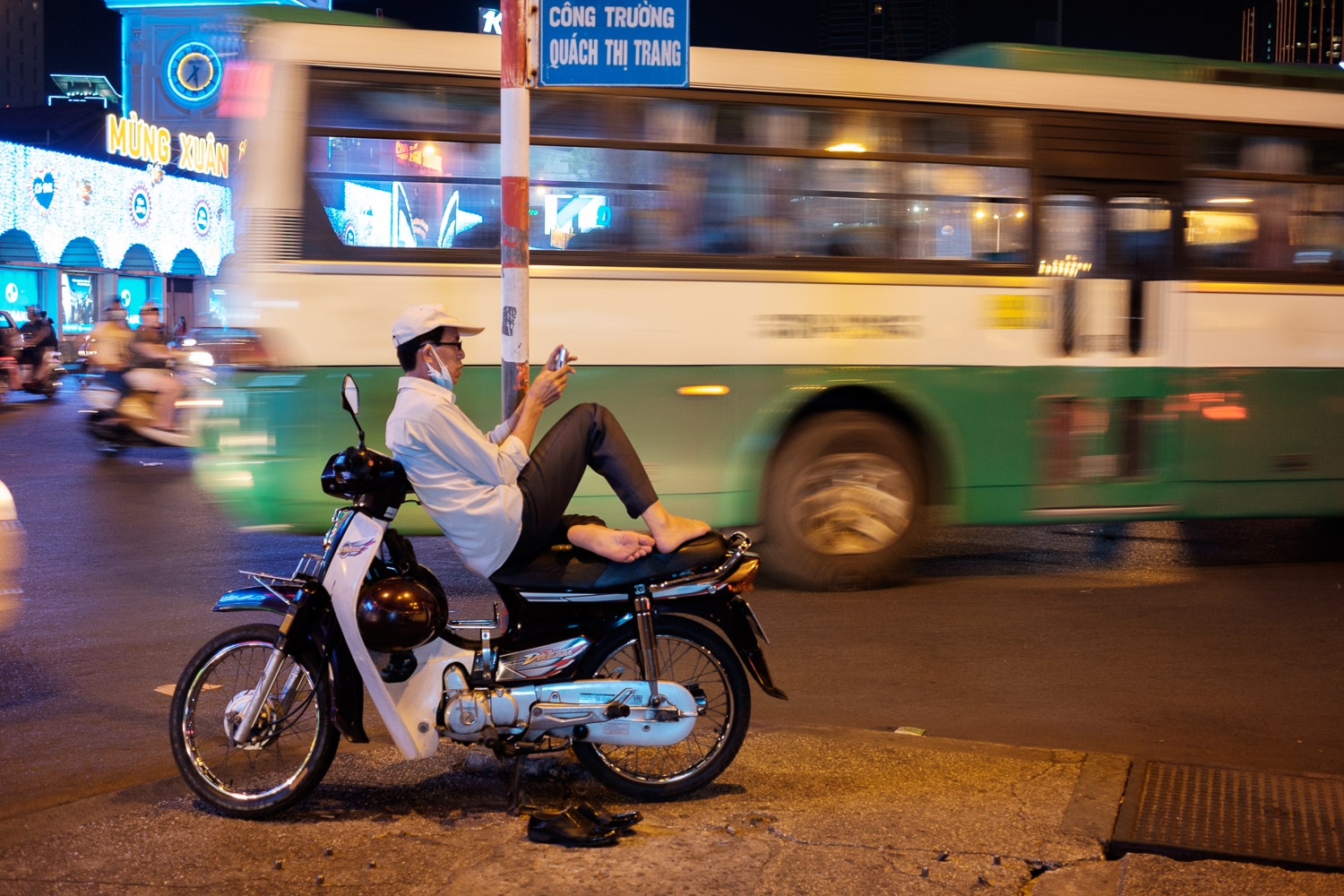 Back home again. Maybe you have wondered why I haven’t updated my blog for a while. The reason was simple. I was busy, very busy.

I just returned from another three week business trip to South East Asia. This time I was in Hongkong, Bangkok, Singapore, Jakarta, HCMC, Hanoi and KL. While the main part was business meetings I still found some time to take pictures mainly in the evenings and during the weekends.

I packed more camera gear than ever before on a business trip but still took most of the shots with the Fuji XF 2.8/14mm. Because of the weak EURO I did not purchase anything except the Fuji XF 2.8/27mm. There was a special promotion and its  price was half of what I would pay at home. On my Fuji X-T1 which has the additional grip with the Arca Swiss base this lens maybe makes less sense than on a XM-1 but it is still a very nice lens and together with the 14mm lens provides a very compact and light setup. Its quality is surprisingly good and it is long enough to avoid that you have to stand on the toes of your subject to get a good shot. It’s a good lens for street shooting from a distance.

What did I learn this time. For business I learned that Asia is different but I finally figured out how to deal with it. Regarding my photography I learned that I clearly prefer to keep it simple. I will pack less time next year.

For life I learned to be more relaxed. In general I love silence especially when I want to concentrate on something. After the second week I found myself dealing with a report in a very busy breakfast area. I was finally able to blend out my surroundings. Just like the guy above who uses his smartphone beside a busy roundabout.

In a typical Asian city there are no quiet spots. You must learn to deal with it. I finally managed somehow but I was looking forward to sit in my living room with the cat on my lap and the only thing I hear would be the purr from the cat and the gentle ticking of the clock on the wall.

Remark on the picture: I chose the slow shutter speed to blur the traffic behind the guy. To avoid camera shake I shot 8 frames a second and choose the one were I like the back ground the most. 1/15s seems too low tor a 27mm lens but it worked fine. Image stabilization is a nice thing but I think today it’s overrated. Some people get obsessed and think no sharp picture can be taken without this feature. Relax! It’s not that important. I would take a faster lens over IS any time.