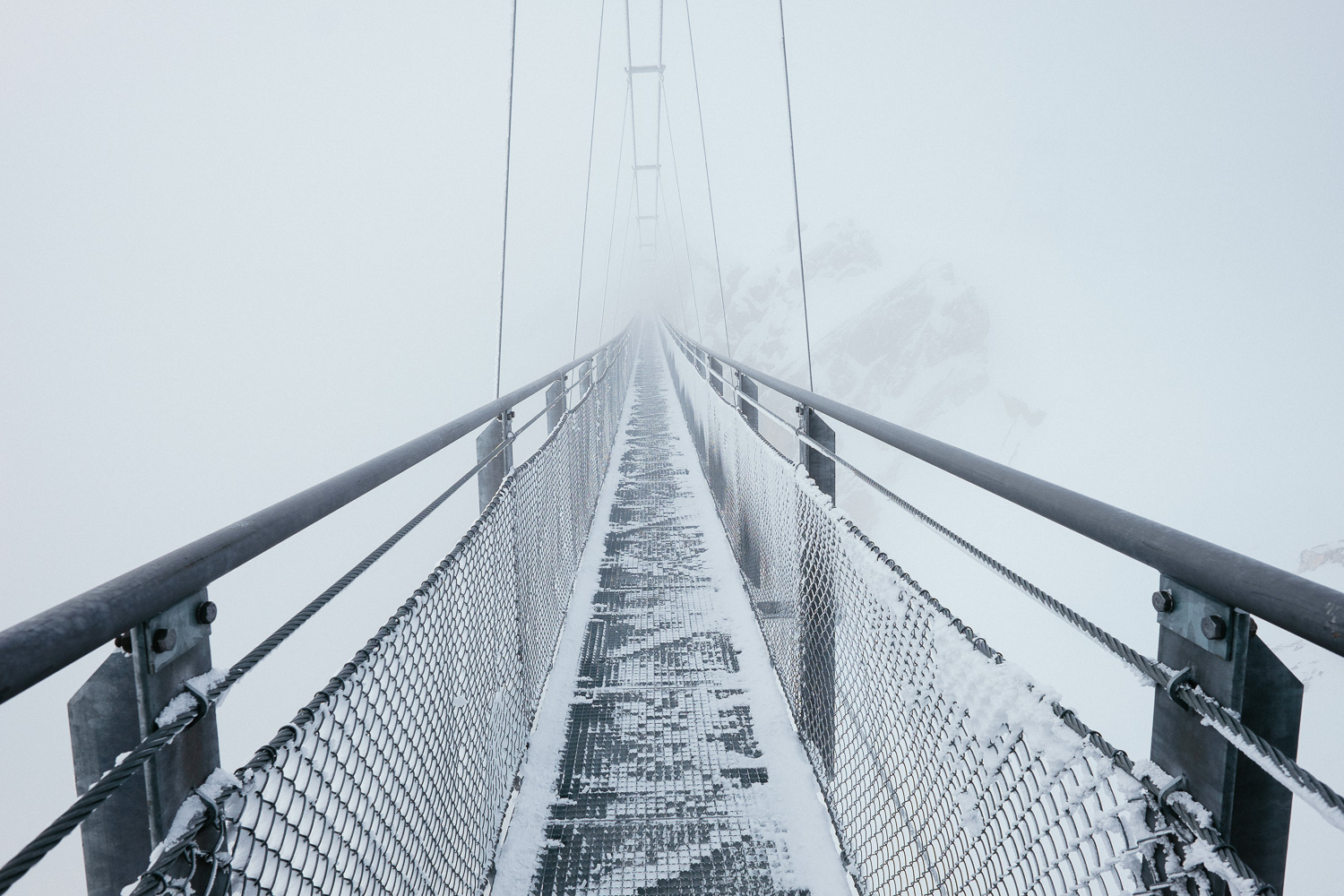 What happens if you replace a 18-200 travel zoom with nothing but a 14mm primes lens? I think a lot! Just click for more.

Background: Recently I bought a Sony A6000 mainly to use it as a small camera for outdoor activities. I also had the luck to find a second hand Sony 18-200 OSS lens for half of its original price. On my first XC trip to Ramsau/Styria in Austria I took it with me on the Dachstein. I also brought my Fuji X-T1 with my favorite lens, the Fuji XF14mm.

Originally I planed to use the Fuji wide angle shots to complement the pictures I took with the far more versatile travel zoom. But when I saw the pictures I changed my mind. I put them in three separate posts. The first one called “Perfect Day” is shot with the travel zoom. For the second one (this one) and the upcoming third post called “Up” I used nothing but the 14mm lens. 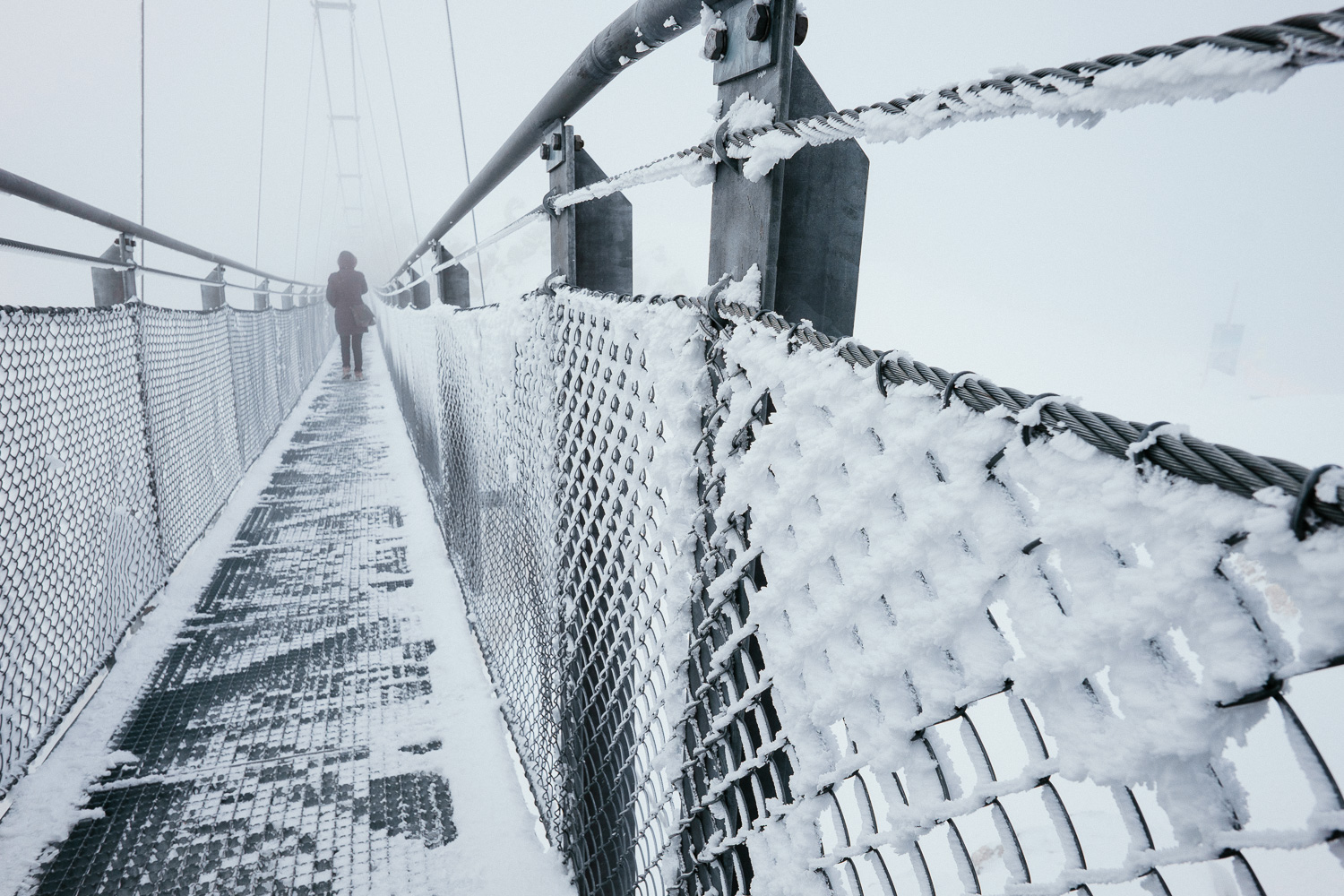 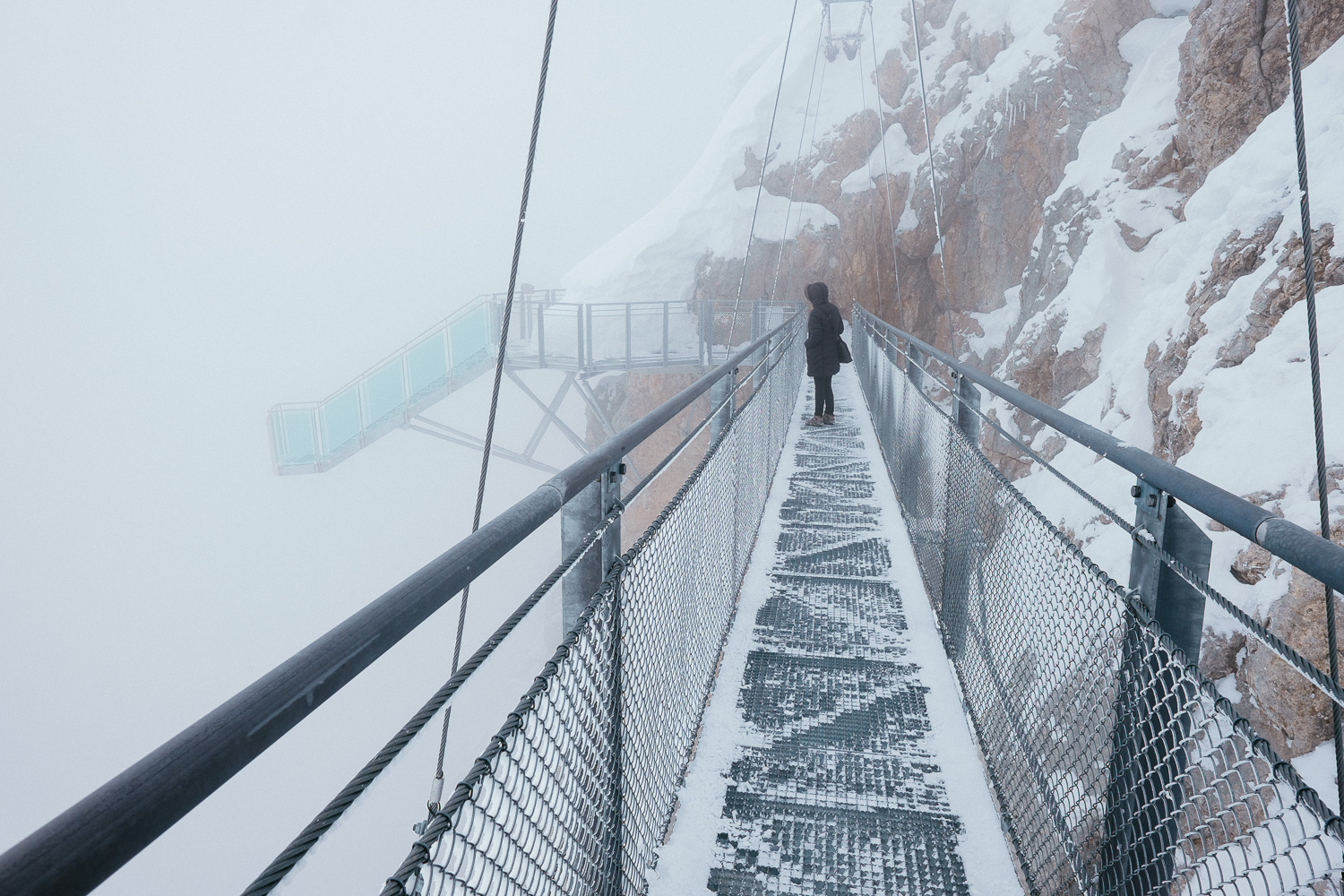 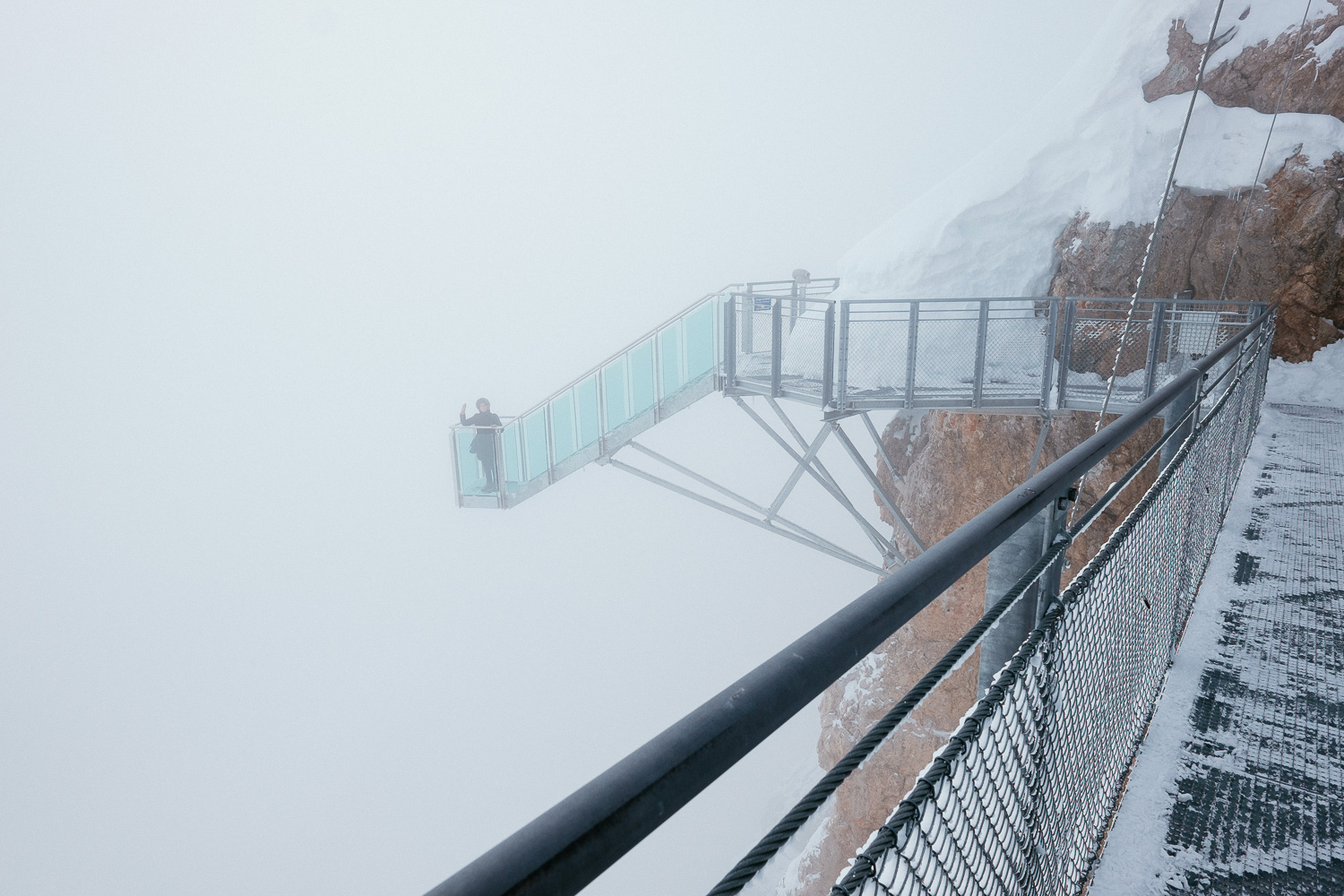 Of course with such a short focal length the pictures you can take are completely different. You need to include some foreground to avoid that you end up with an “empty” frame. When in Asia I mainly shoot the 14mm. But there I travel to big cities where everything is narrow and the wide lens helps to capture the scene.

On top of a mountain it is different. Most things are very far away so the natural thing would be to use a tele lens to compress the landscape. But because there is a suspension bridge and the stairway to nothingness there is still a chance to have some foreground elements that provide some lines that lead into the image. 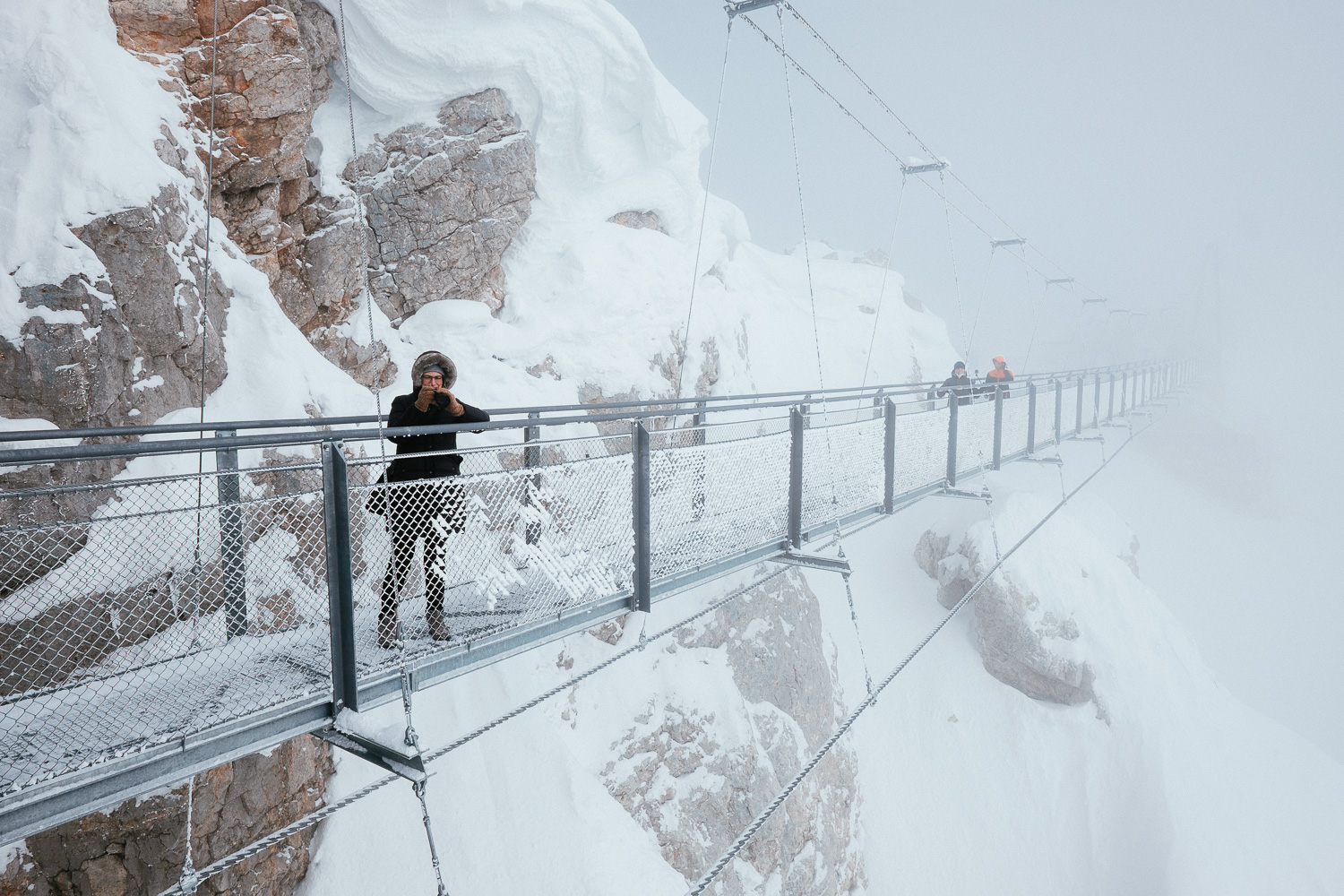 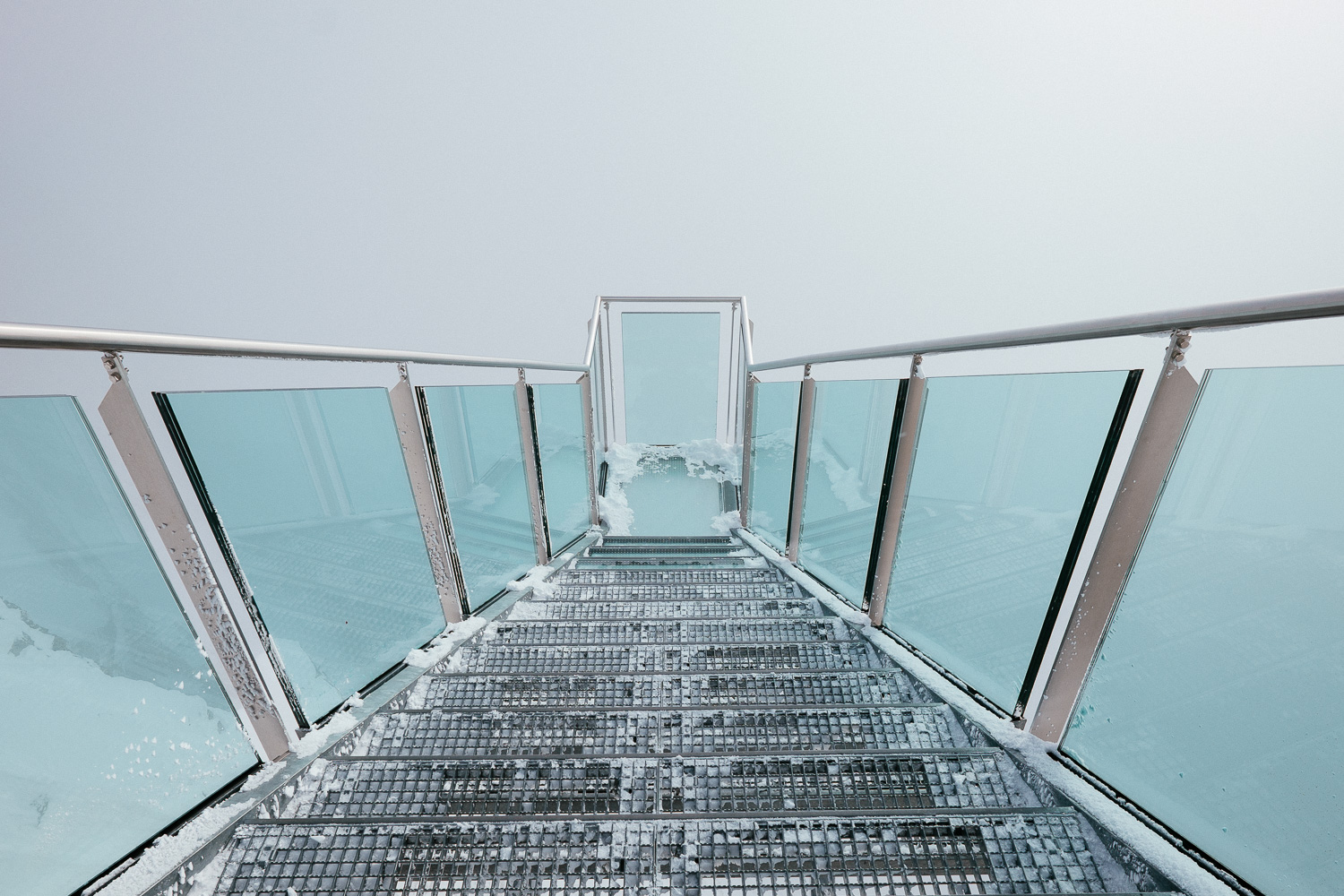 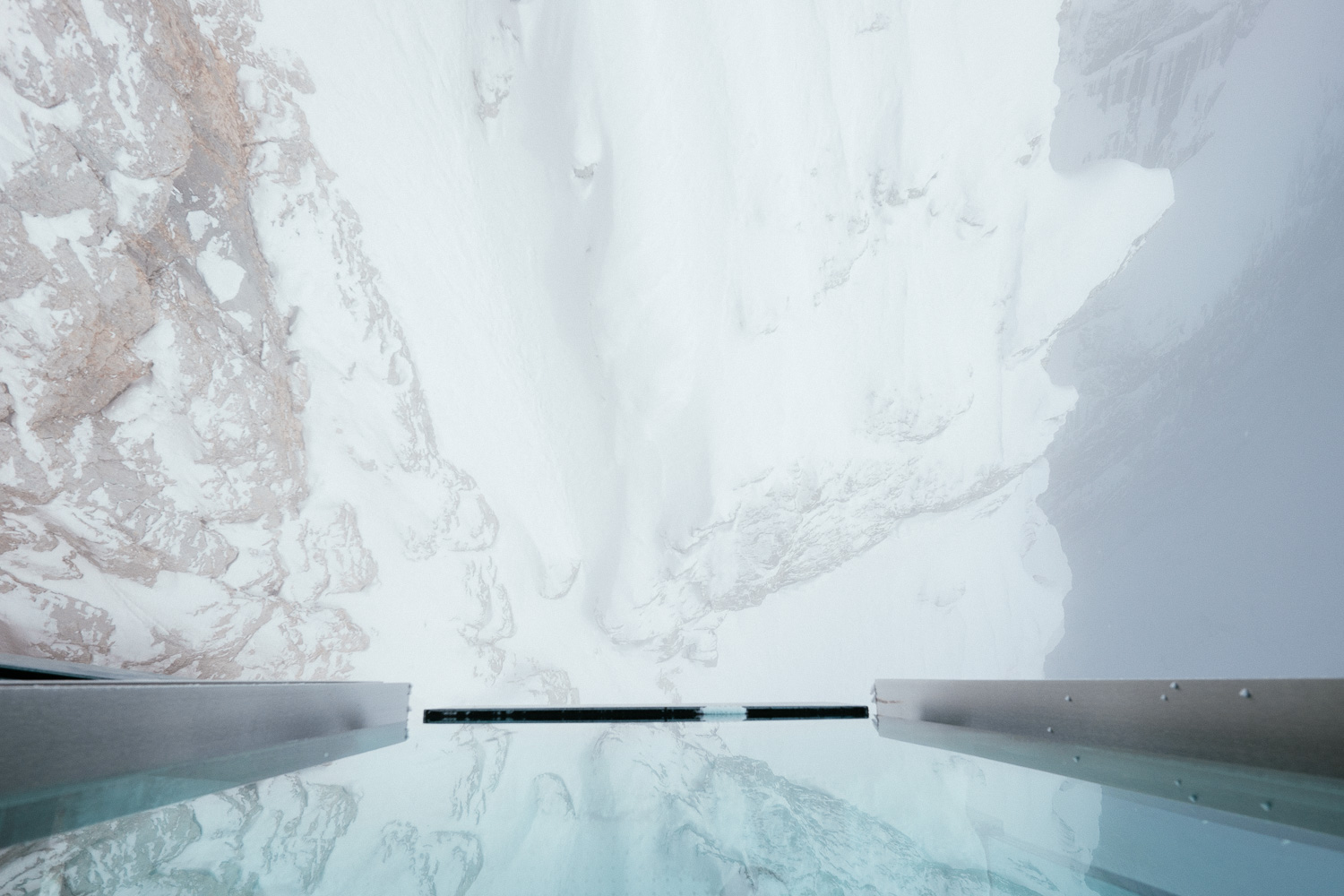 I love the shots of the stair to nothingness. It is really a very special experience. I have no problem with the height but I don’t like the glass floor. It has a nice effect but I would prefer steel. Doesn’t glas become brittle in very cold conditions? Never mind. If the glass would break it would be most likely a fast death.

Because I had a camera strap attached to my Fuji I was able to take the picture above. I would never do this without a camera strap around my neck. Especially if wearing thick gloves. I wonder if there are already a couple of smartphones lying around somewhere down there. 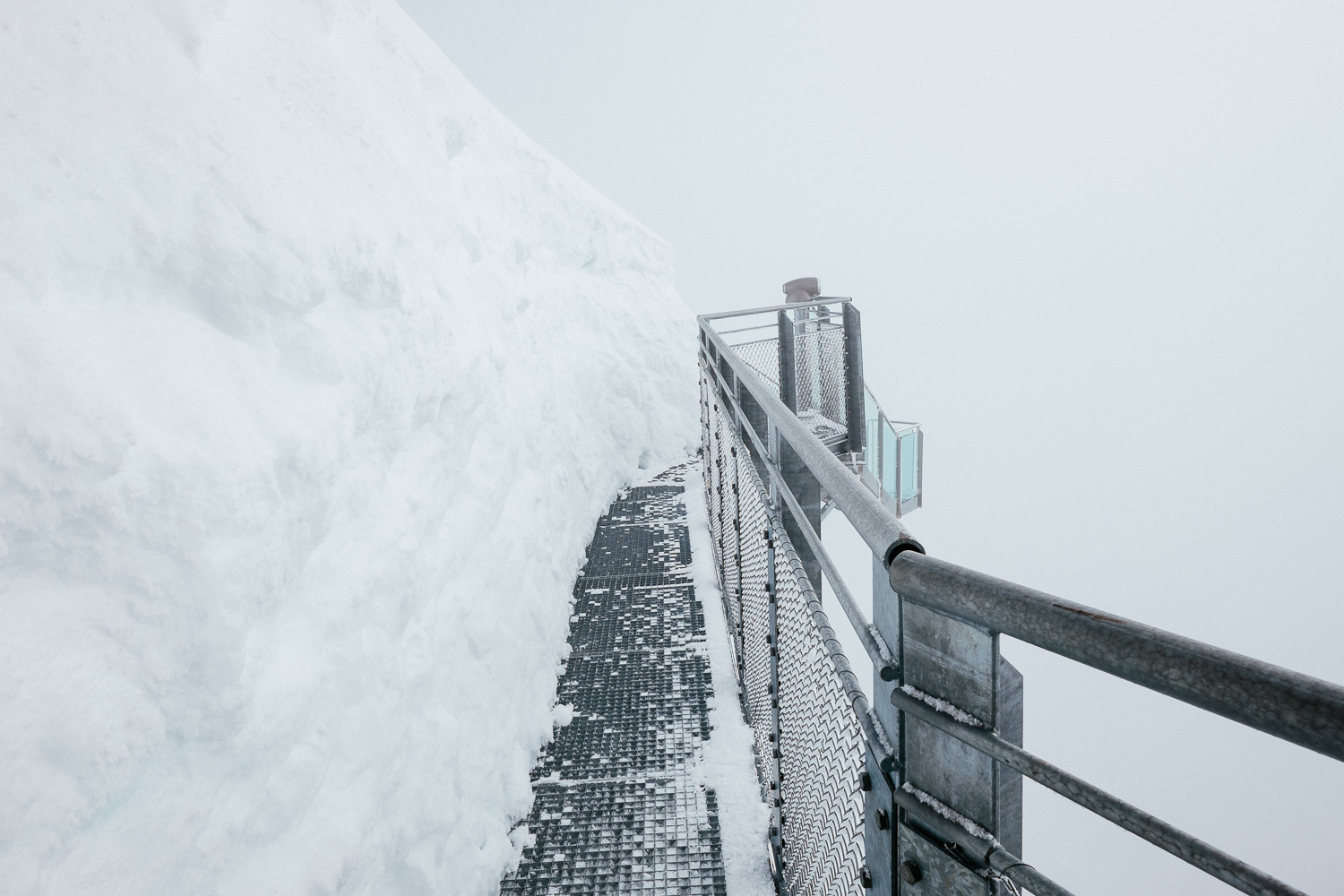 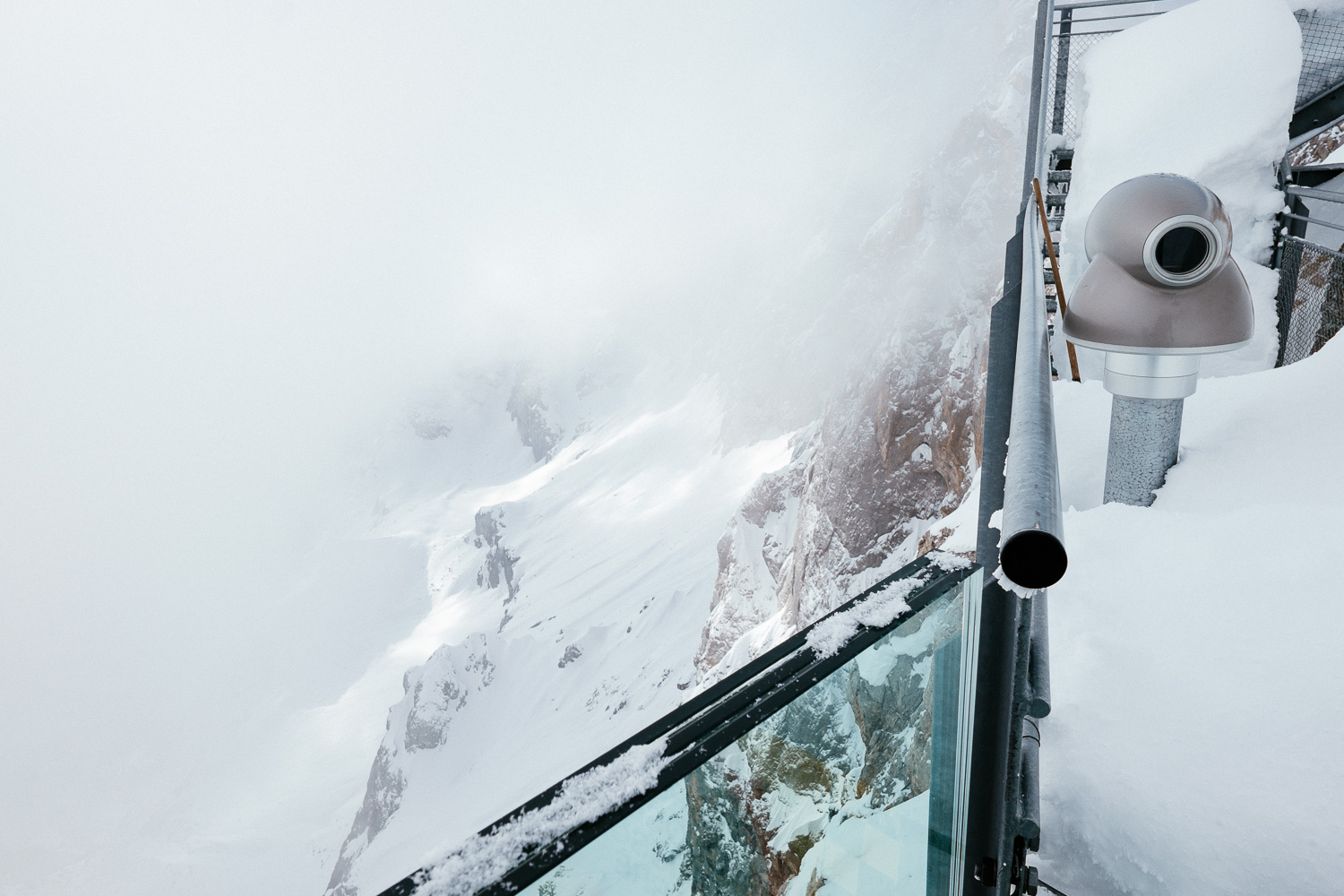 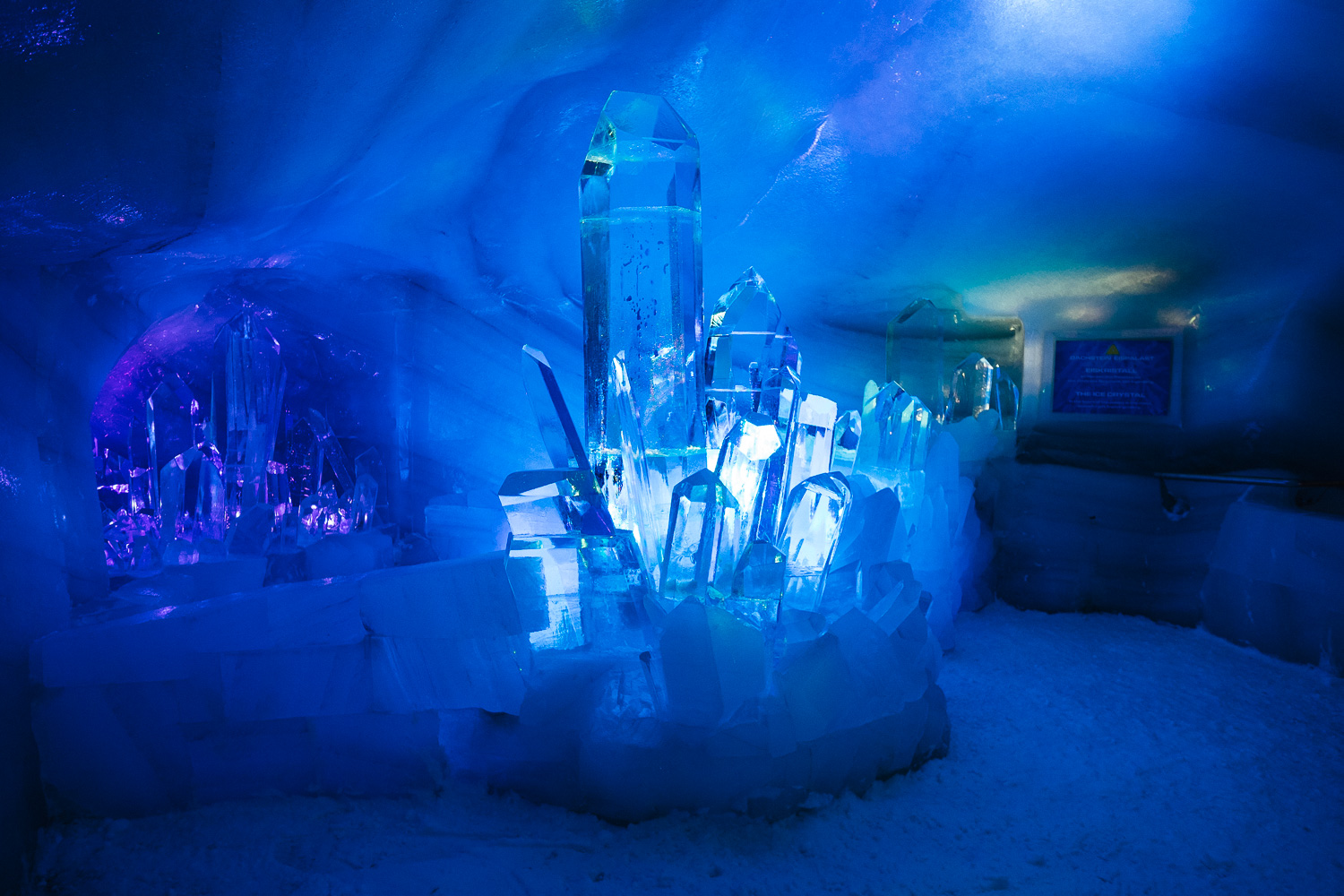 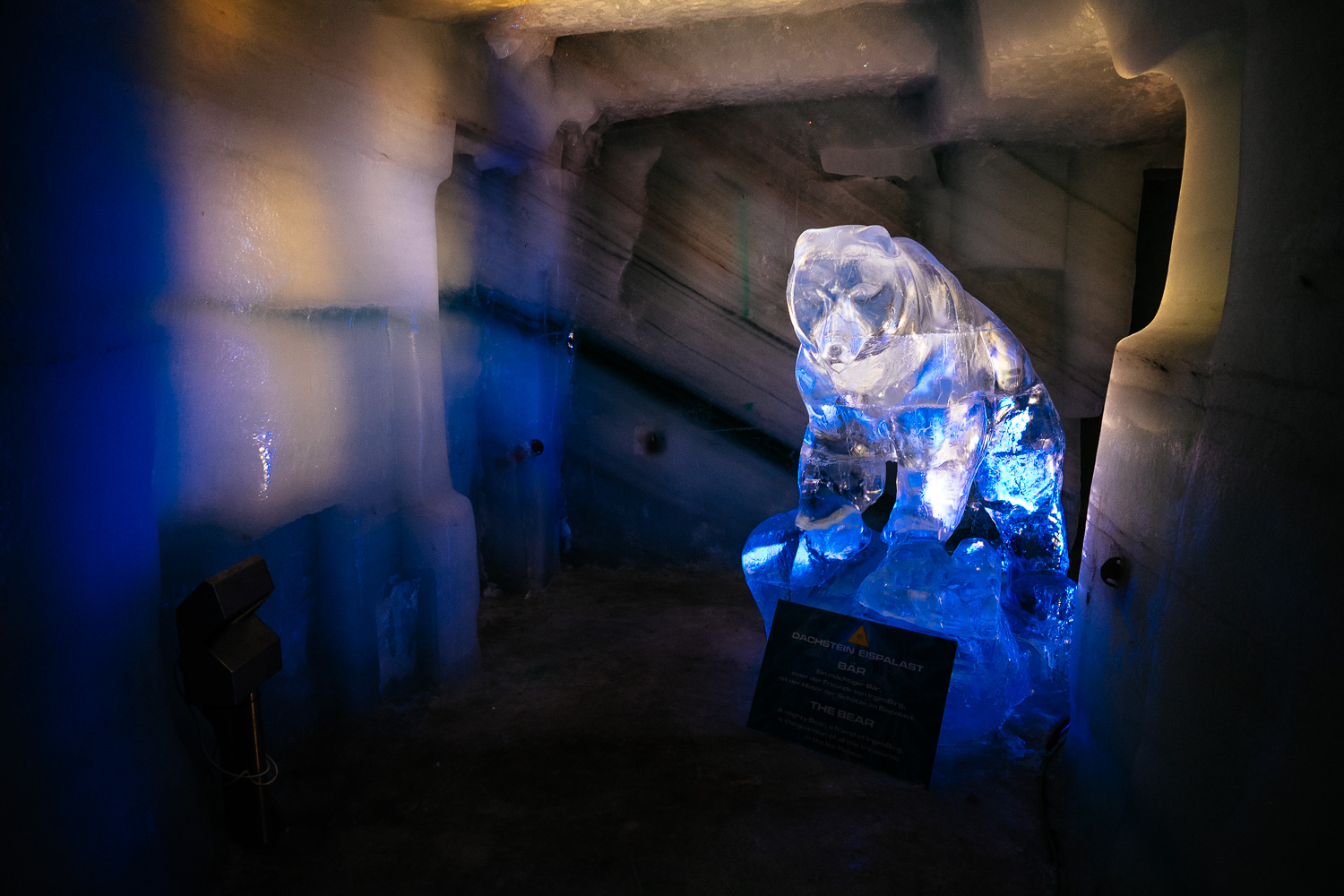 Because it was still foggy we decided to go inside the ice palace to take some pictures of the sculptures. The special thing about this place is that it is underneath a 12 meter thick layer of ice. Therefore the sculptures will never melt away. Unless global warming kills the glacier on the mountain of course.

When we went out again the fog started to lift. And I started to shoot like crazy with both cameras to capture the beauty of the scenery. More of that in my next blog post. 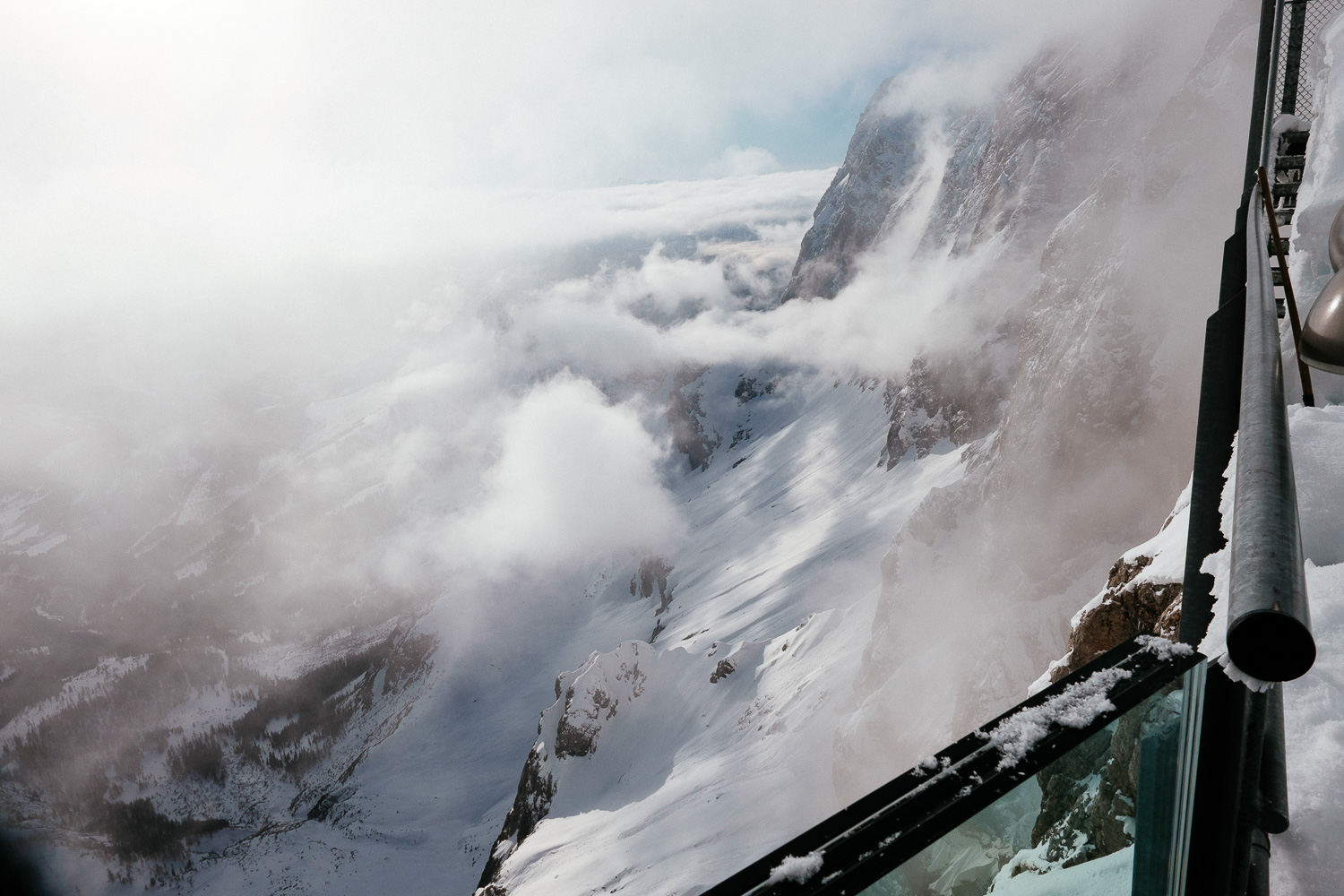