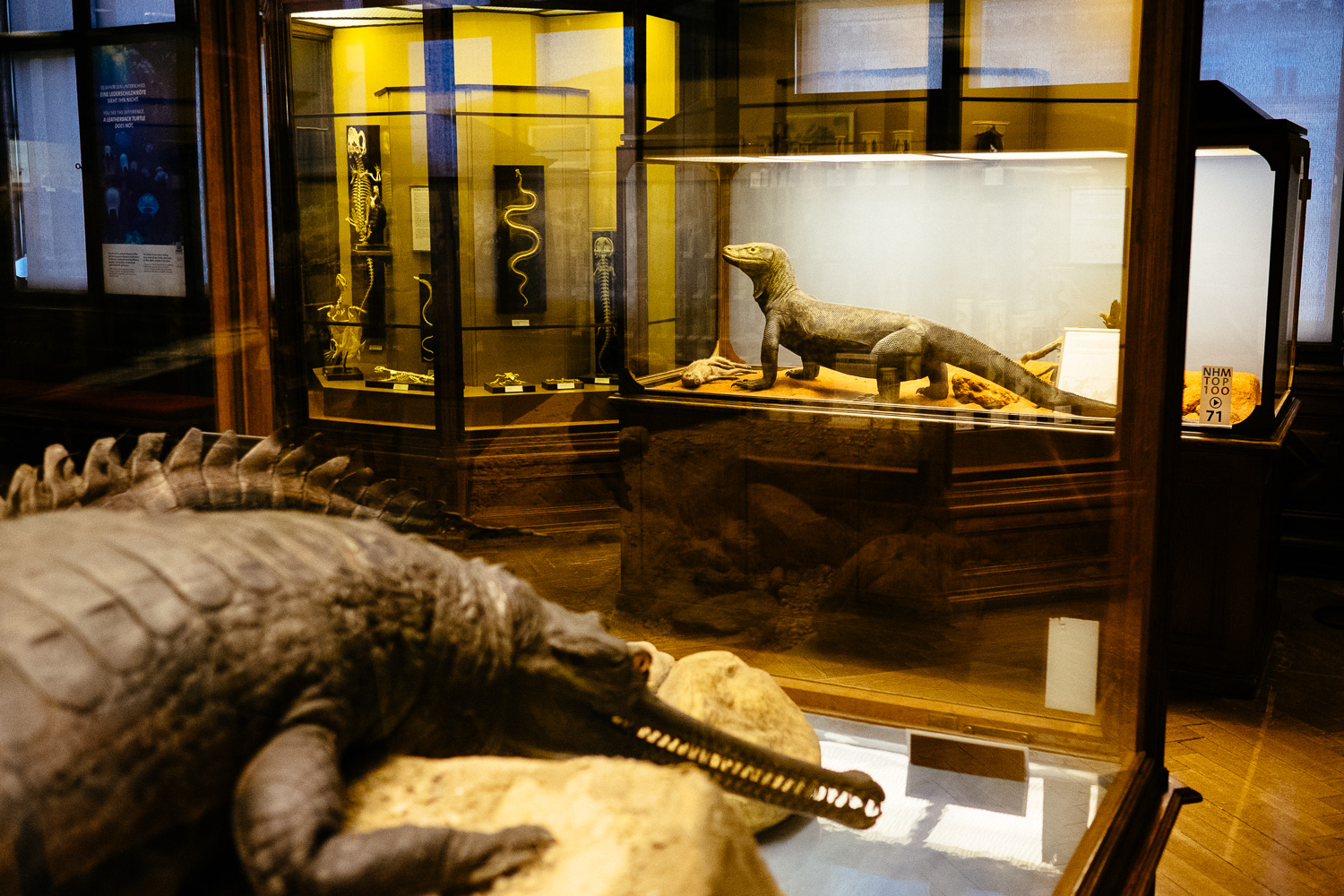 My last post was all about the Fuji XF1.2/56mm. Of course it is a fantastic lens but this one is just as good and it is much more versatile.

The Fuji XF1.4/23mm. I took these images on the day when I got the 56mm. I started to shoot with the 56mm but then I recognized that I haven’t shot with the Fuji XF1.4/23mm in the NHM too. So I switched lenses a couple of times on my way through this wonderful museum. This is the reason for the 1/125s minimum shutter speed in many of the images. Shutter speed was set for the 56mm lens. One nice thing about the 23mm and the 56mm lens. They share the same lens cap. Very handy when switching lenses. 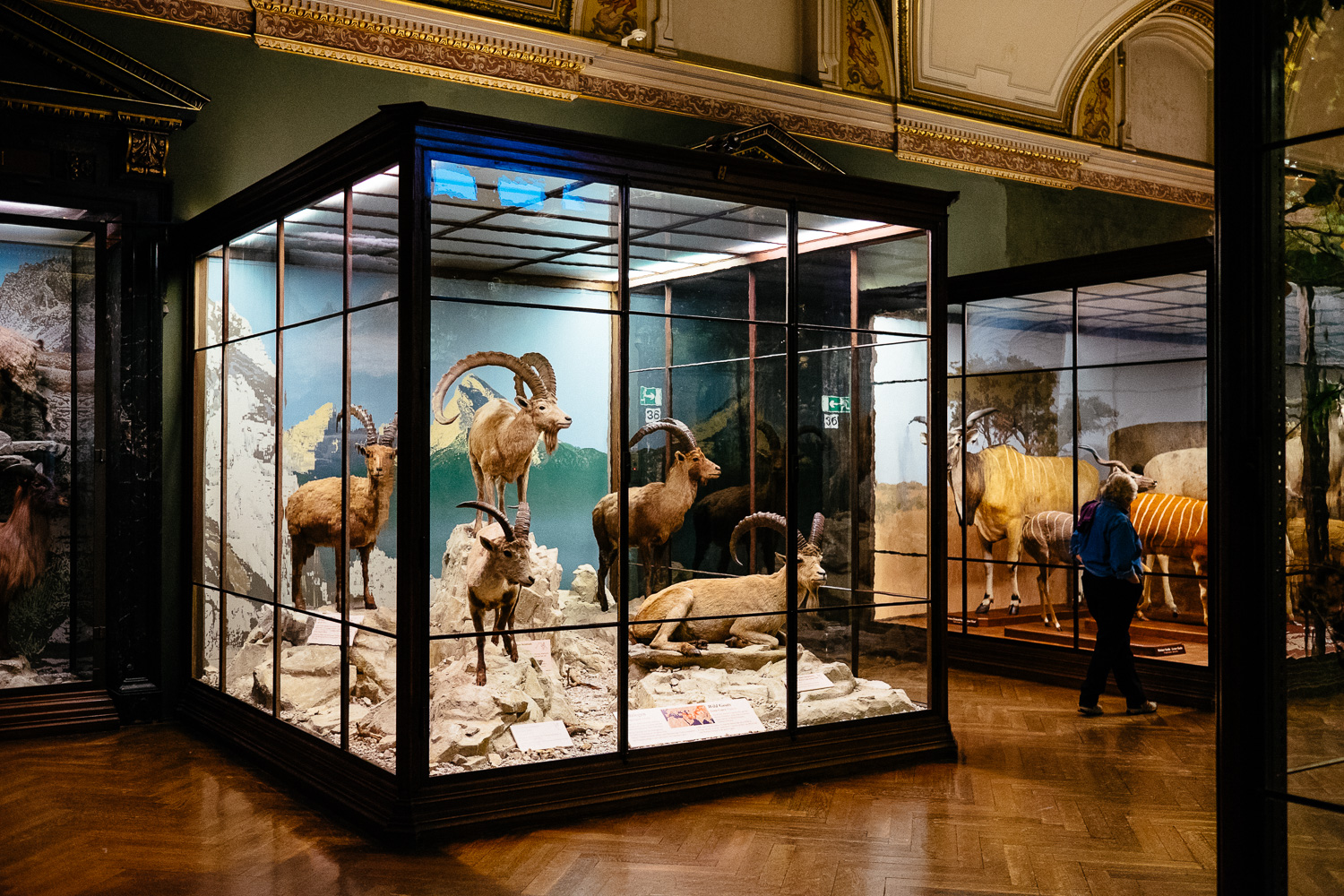 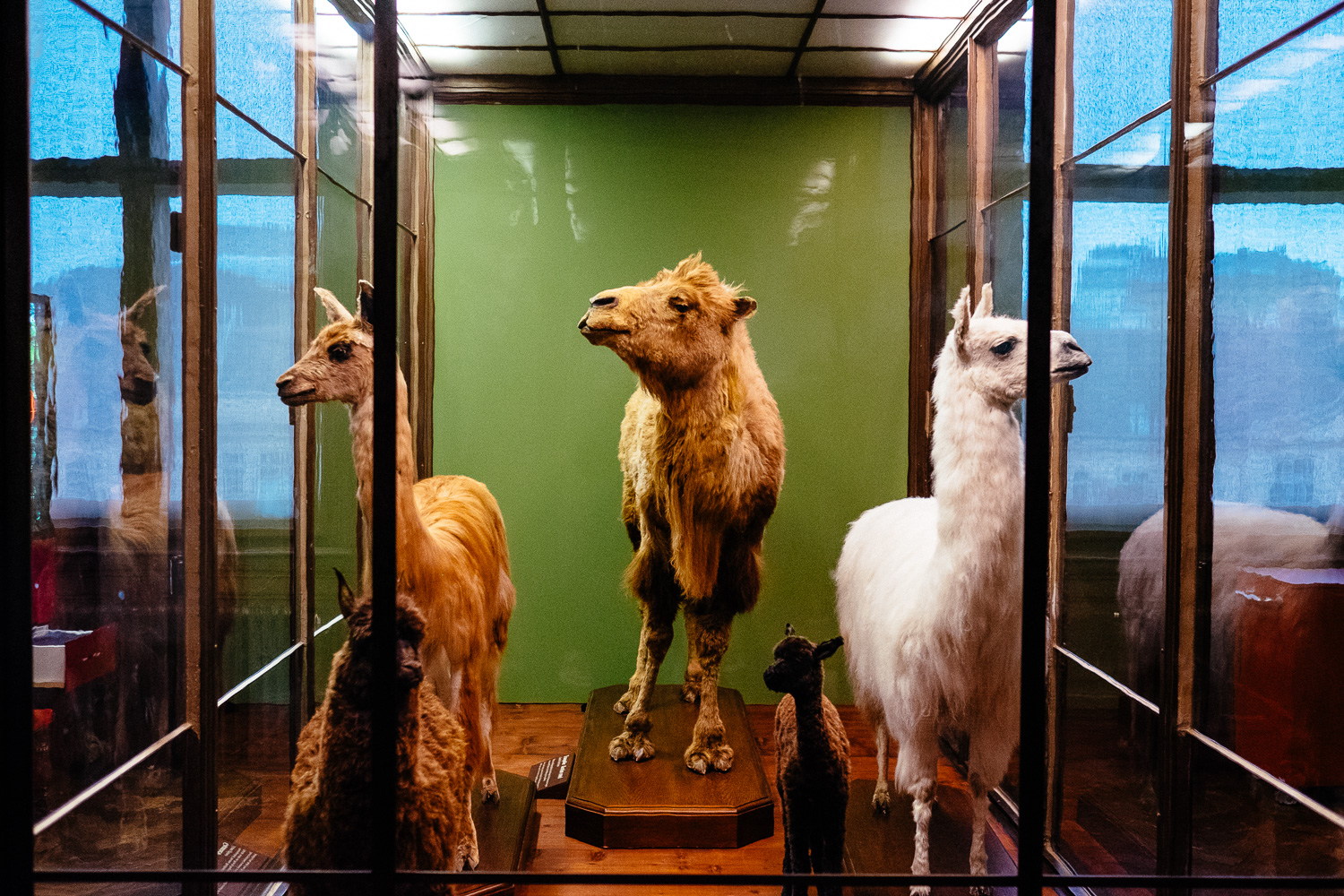 It’s obvious that the 23mm lens is more suitable to take images in a museum than the 56mm. The 23mm focal length feels much more natural too me. It’s not a very wide lens but it is good enough to give good impression of the location. When I took nothing than the Fuji X100 on my business trips to Eastern Europe I was surprised how versatile this focal length is. I never missed a zoom lens.

In Asia it is different. I really prefer the 14mm there. There are so many people, narrow roads and tight spaces that the 14mm really helps to capture the experience. The same is true for the narrow places in some old towns in Europe. The wider lens helps to capture the place. In combination those three lenses, 14, 23 and 56, are good enough to capture everything. Especially on city trips. If I would go on a vacation which is focused on landscapes like a trip to Ireland or Norway I would rather choose the 10-24, the 23 and a tele zoom. 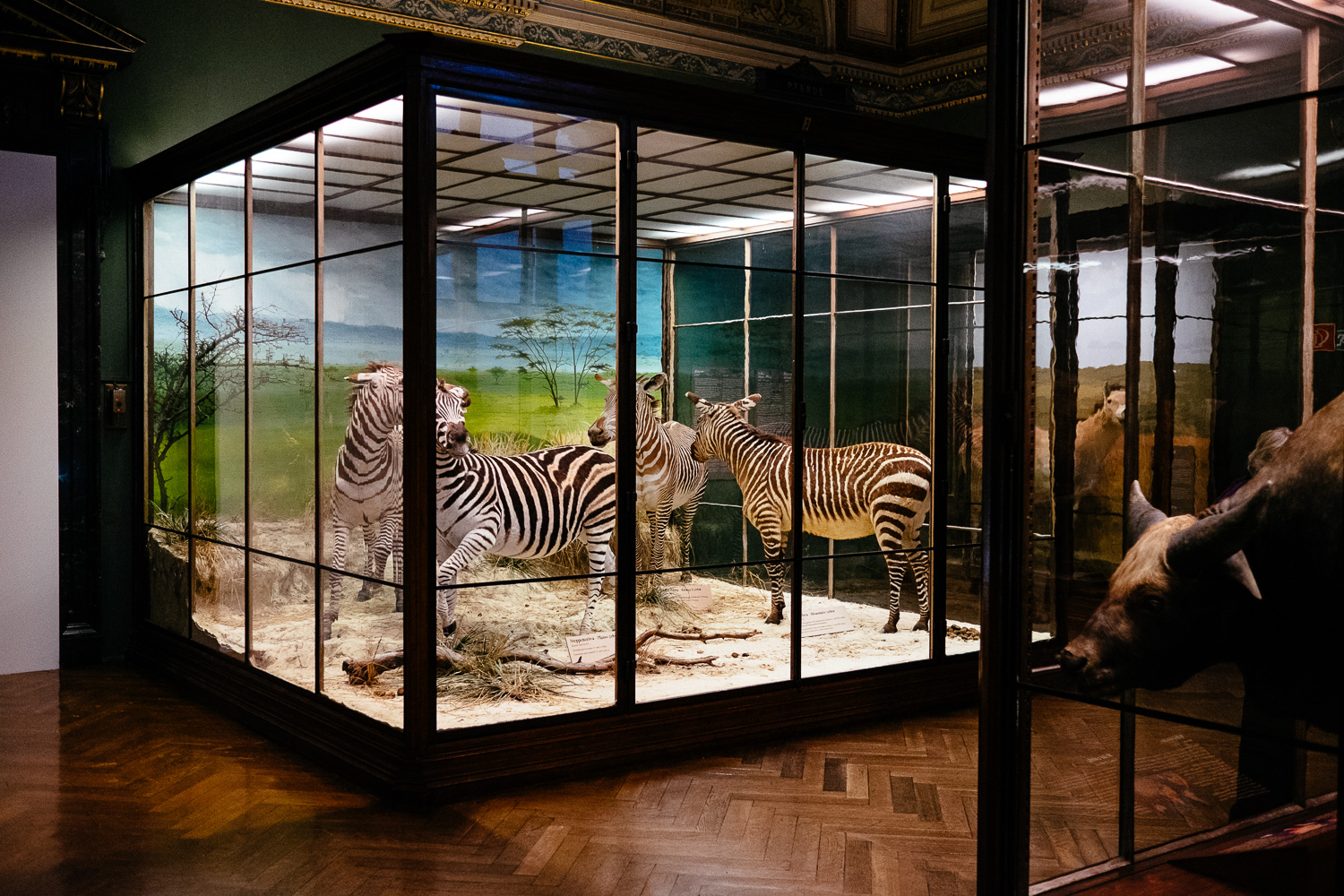 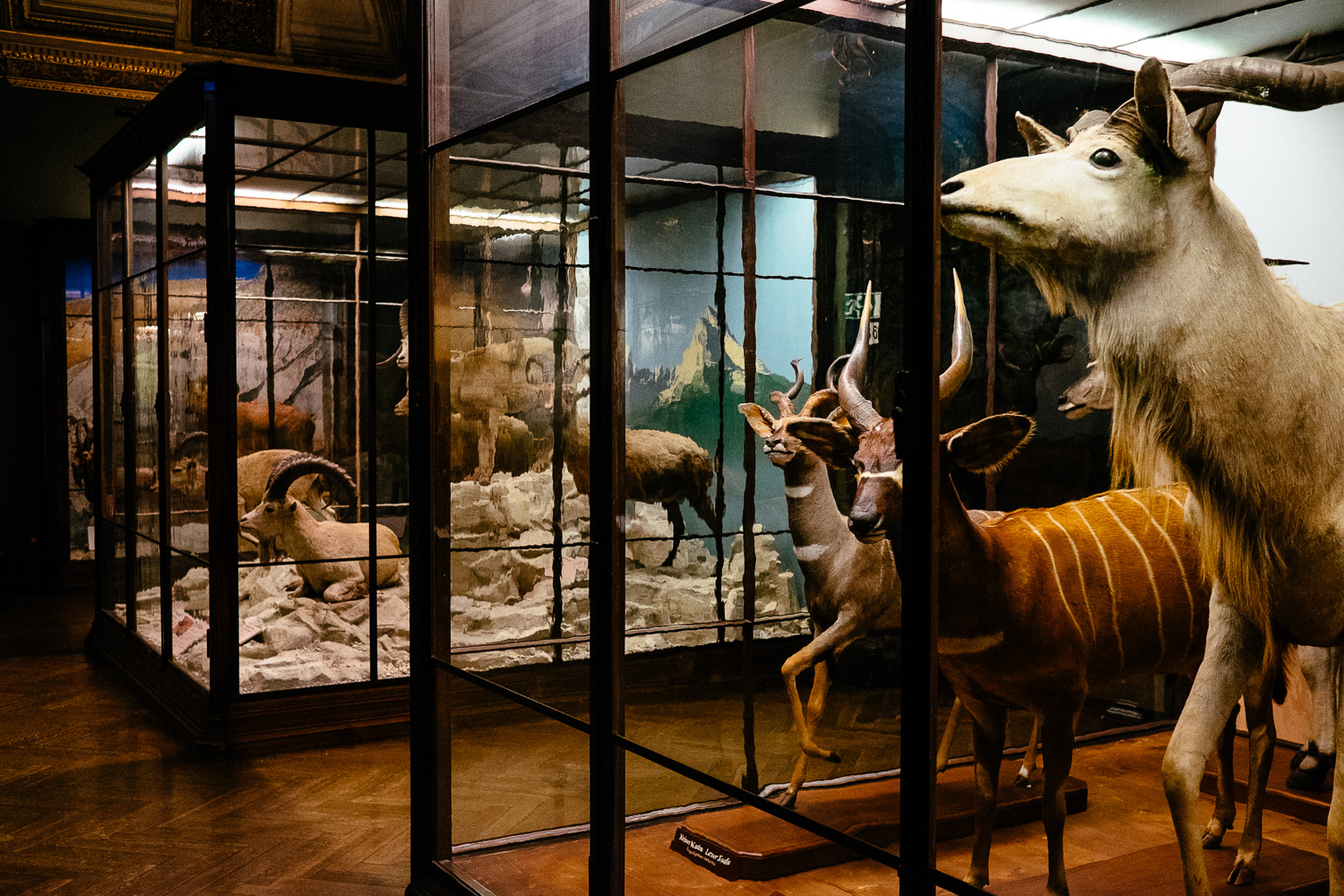 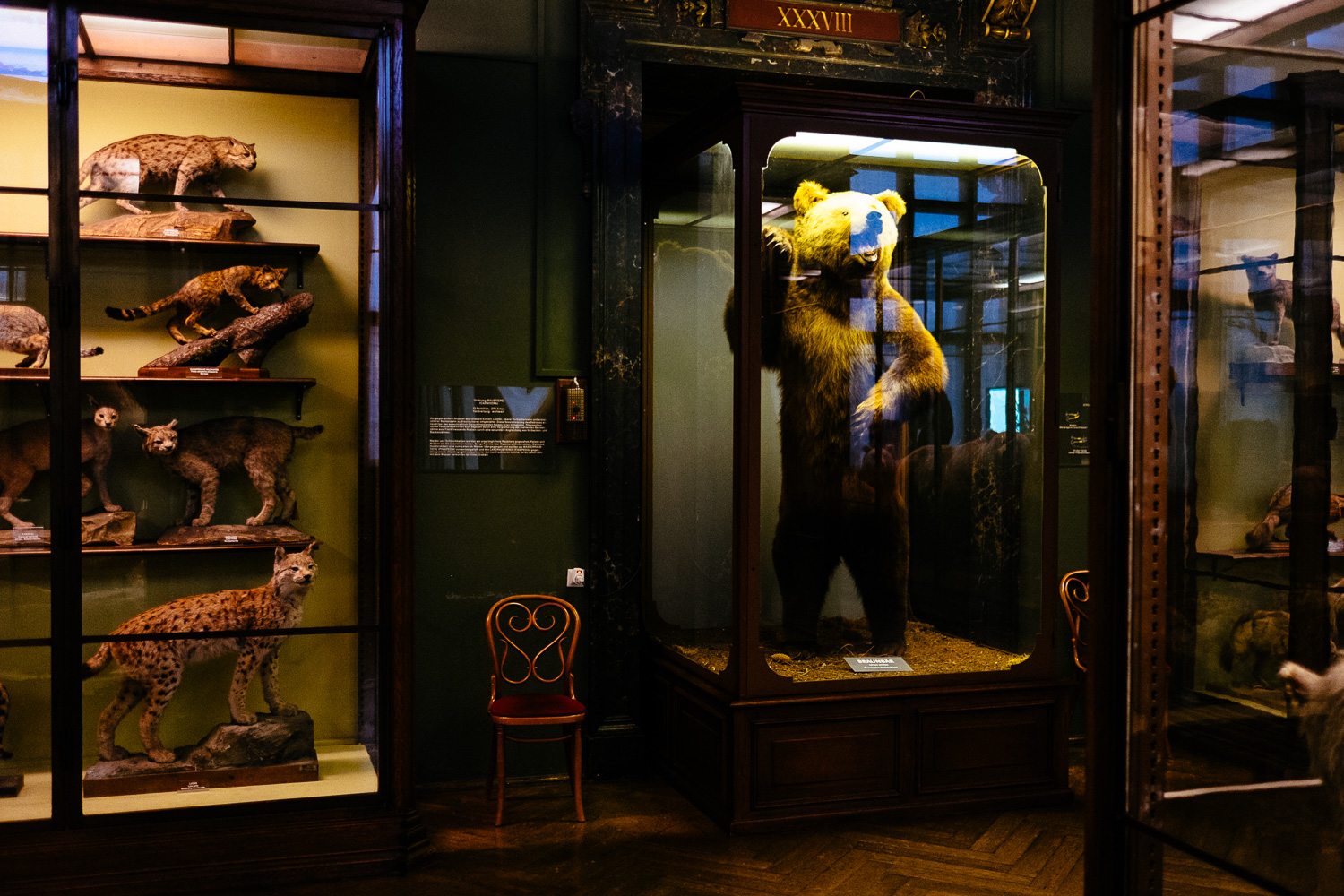 Back to the museum and the Fuji XF1.4/23mm. Nothing beats a fast lens in low light. I know that there is image stabilization and it helps to handheld longer shutter speeds but it is still not the same. A faster aperture helps to stop subject movement. Ok, there are no moving subjects in those shots but most of the time my main subjects are not stuffed animals. A fast lens stops subject movement and it lets you play with selective sharpness.

But with a short focal length and a subject distance of a couple of meters there is enough depth of field when you shoot at f2 or even at f1.4. No need to stop down to gain DOF. The slight vignetting of the lens normally adds to the image but it can be removed in post easily if you don’t like it.

To stop subject movement is one trick the other one is to separate your subject from its background i.e. in an environmental portrait. Something you can’t do with the kit lens. 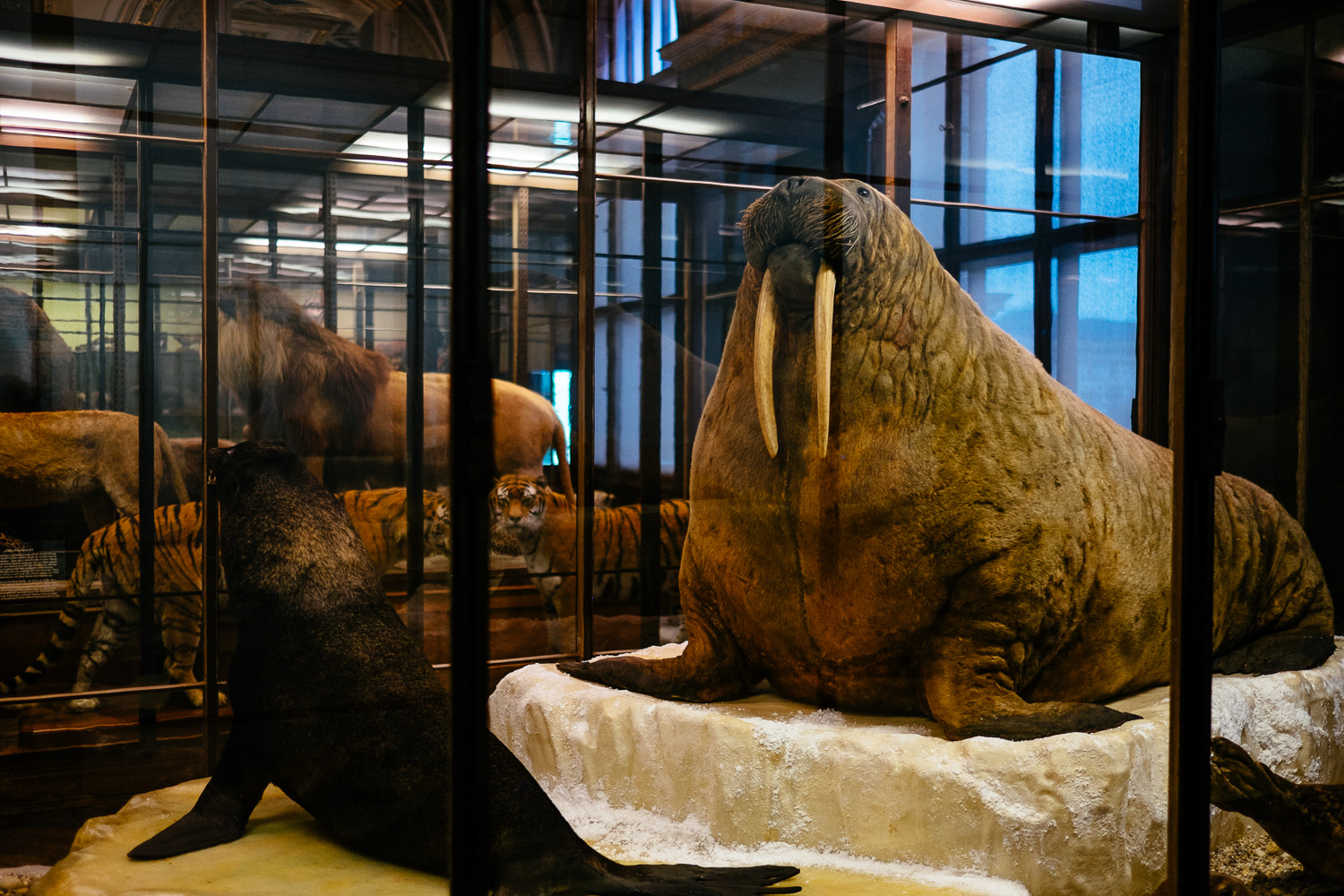 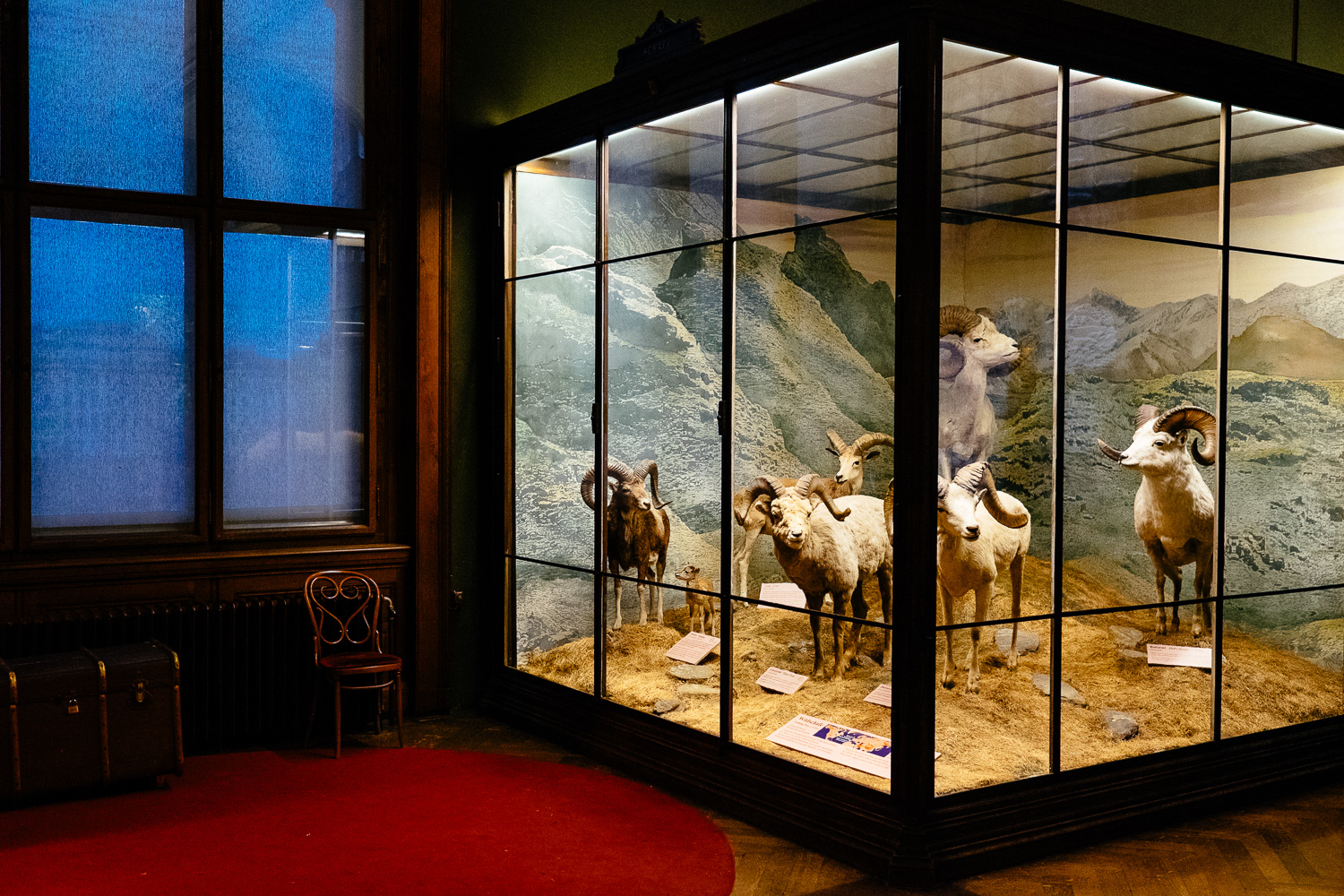 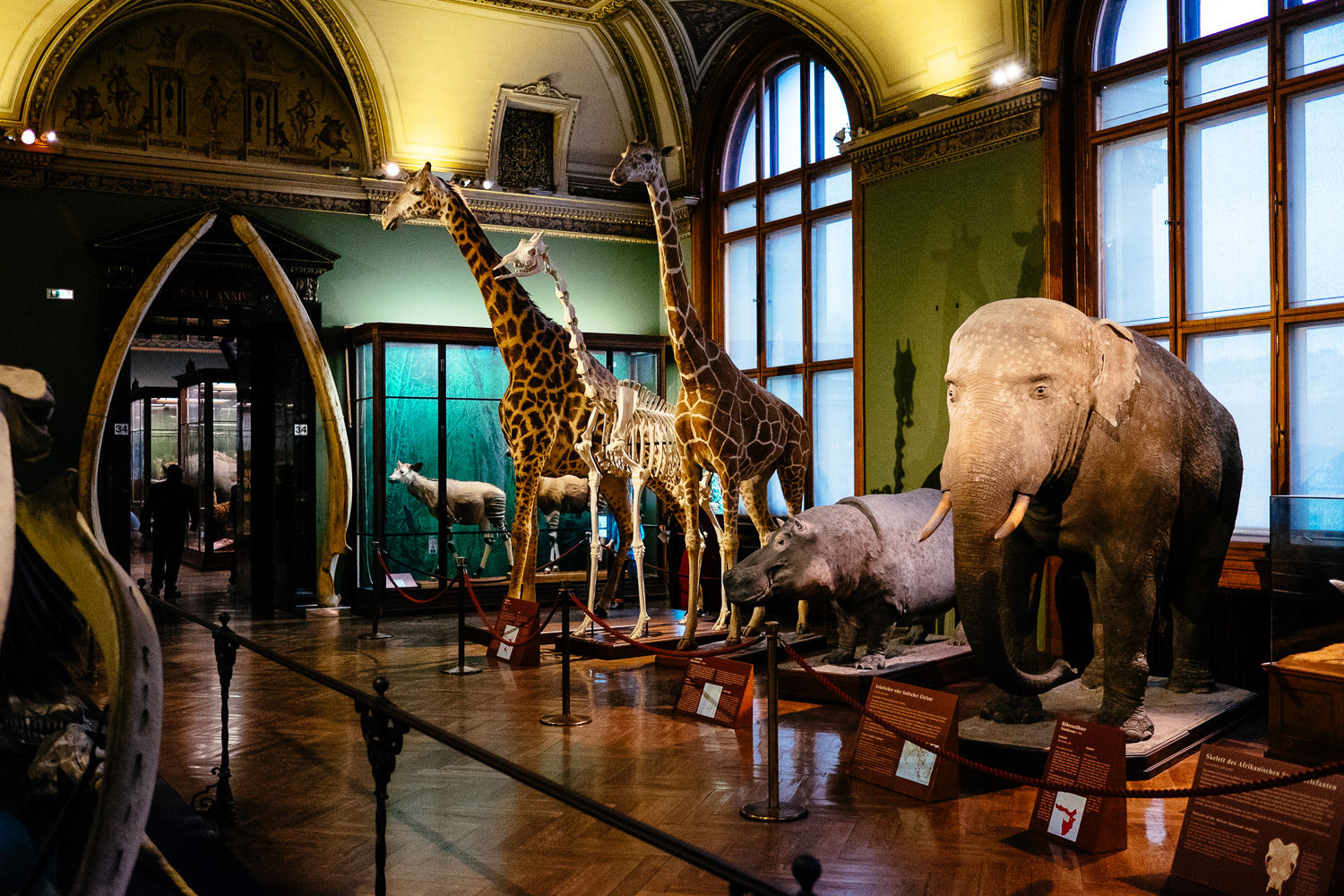