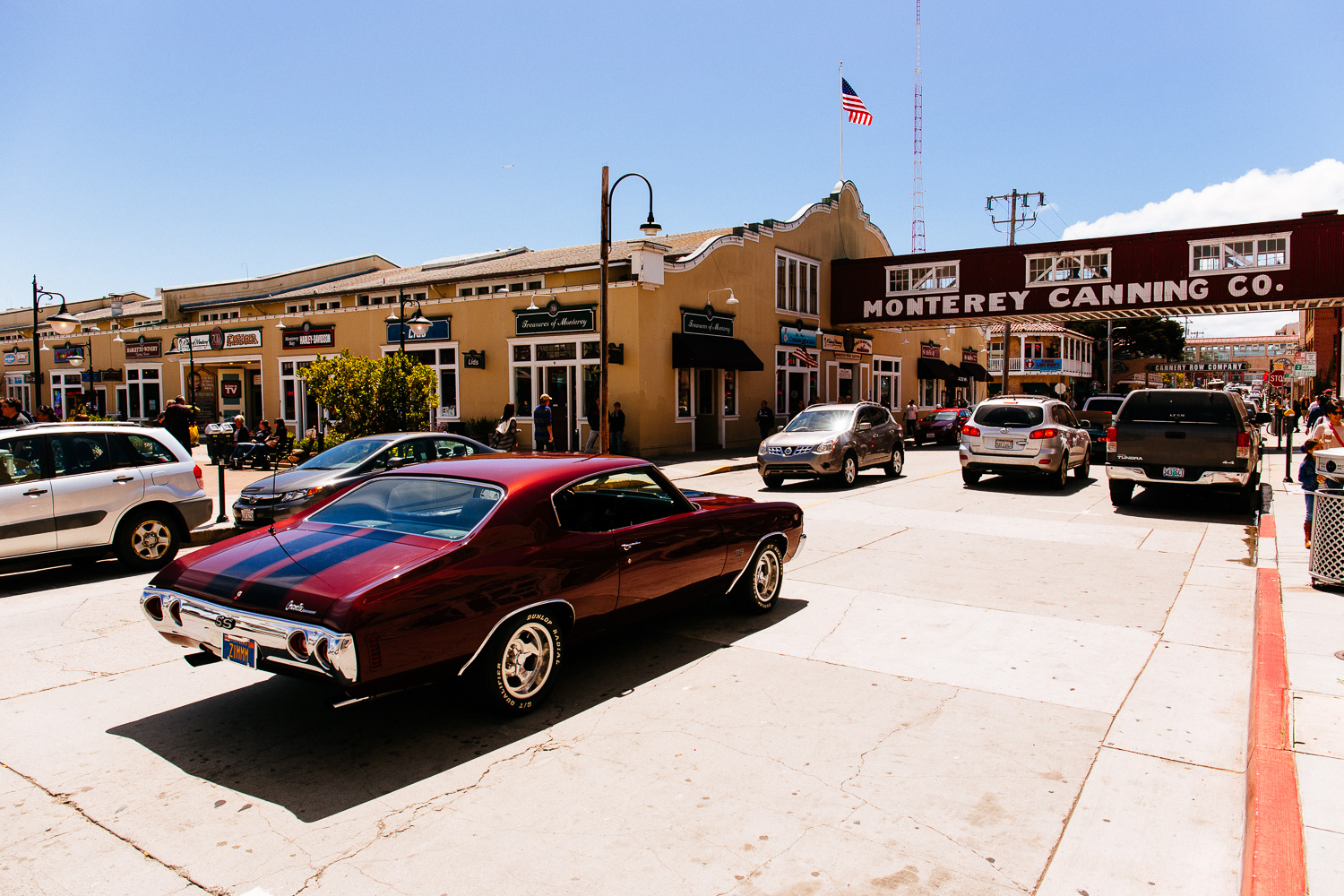 Monterey is a strange place. It had its heydays in the early 20th century. During WW II it was the worlds biggest source for sardines.

John Steinbeck wrote two books about it. After 1945 the sardines disappeared because of over-fishing and never returned. The place went down. In the 70s it slowly recovered because of tourism. In 1984 the Monterey Aquarium opened. One of the biggest aquariums in the world. A fantastic place. Since then tourism exploded. Today there are more than 4 millions visitors a year. 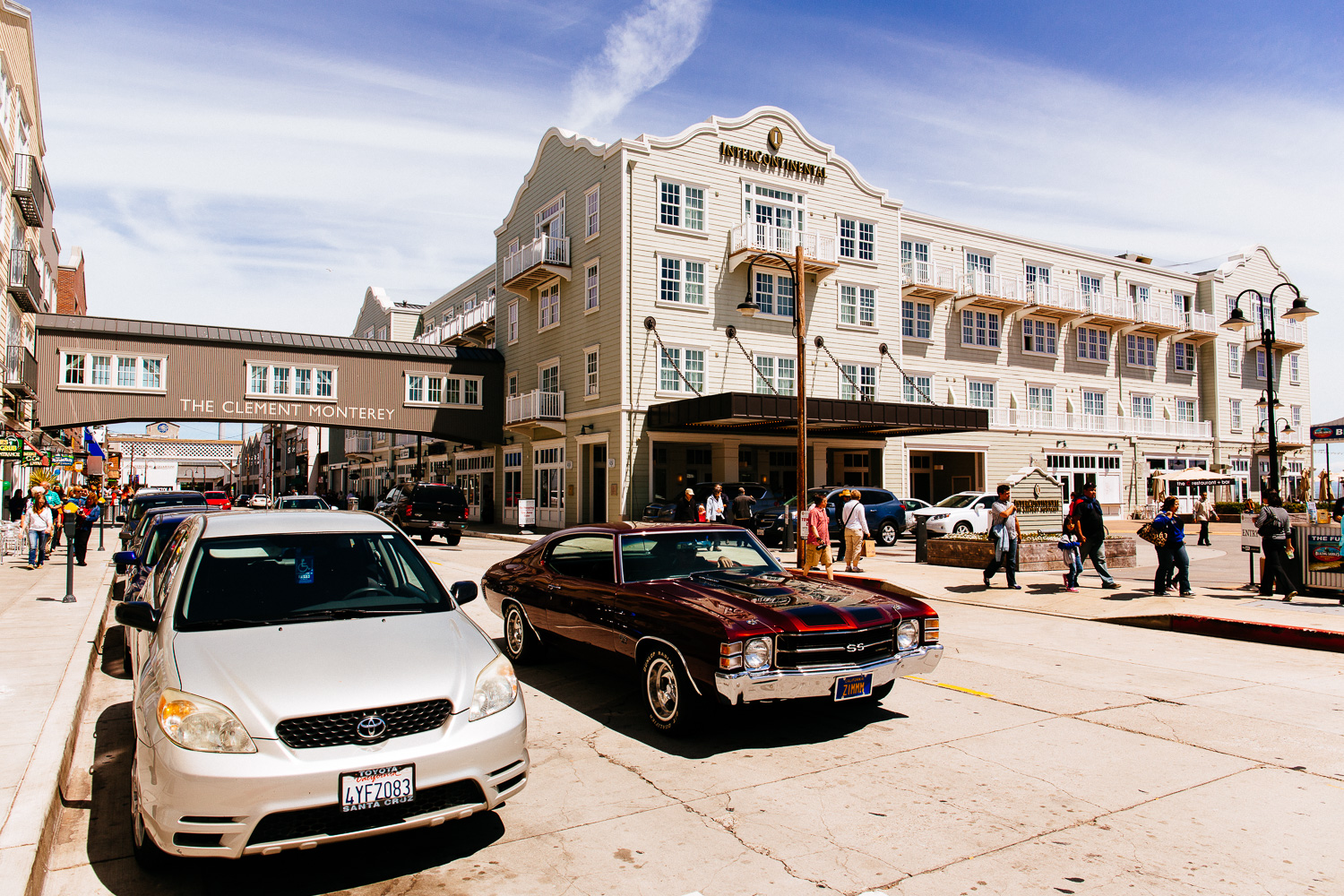 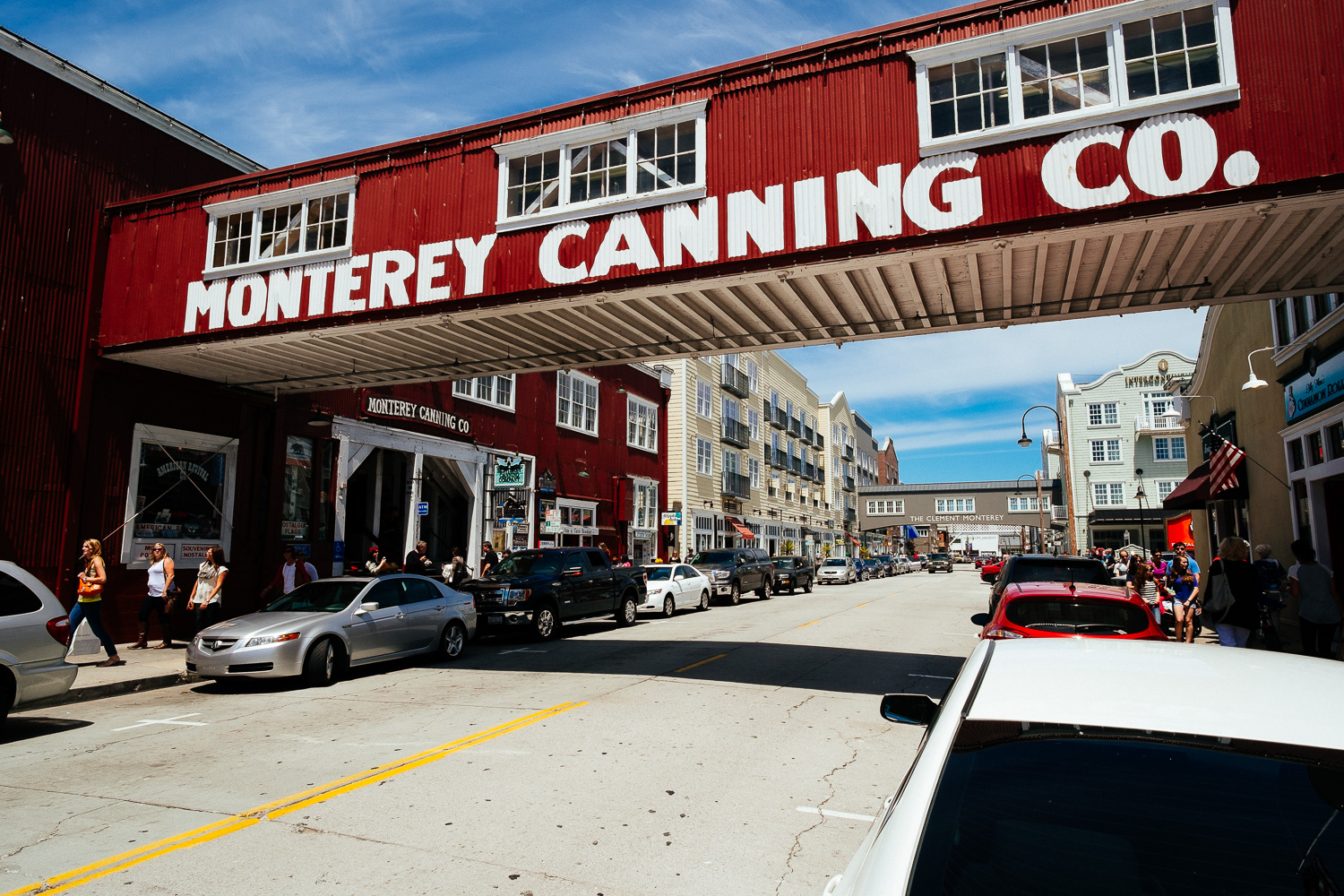 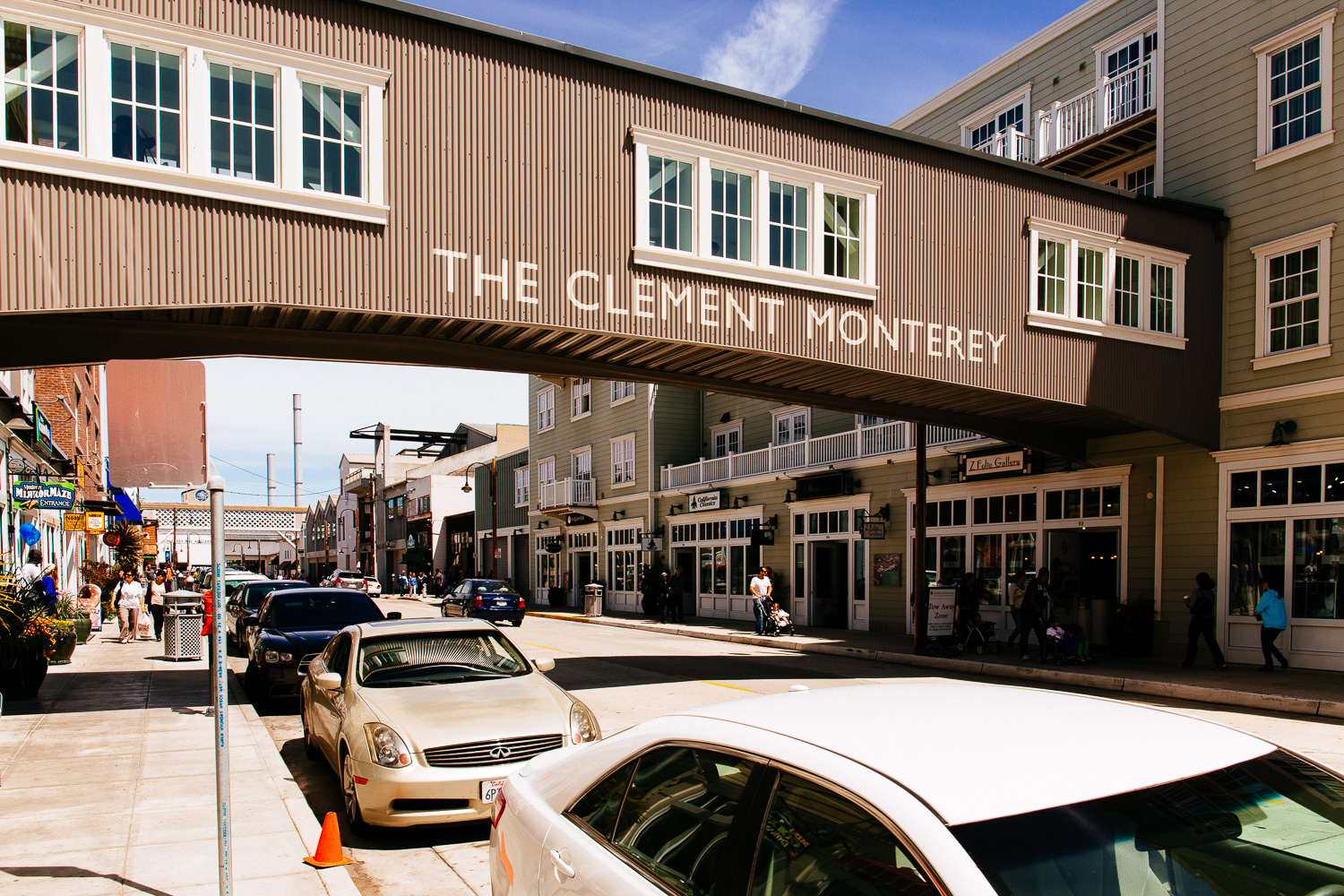 Now the place it spoiled again. Instead of tons of fish there are tons of people. Instead of factories there are hotels and restaurants and expensive parking lots. The whole place looks like a film set. A tourist trap but one you must see because of its fantastic aquarium.

When we visited Monterey it was a bank holiday. We didn’t know it but there were even more people than usual and there was no chance to get a hotel room. Monterey was fully booked and we had to stay in Salinas. I thought it was very appropriate.

PS: On the first day the row of people in front of the aquarium was long enough to put us off. The guard told us that the are expecting about 8.000 visitors. We decided to try again next day. 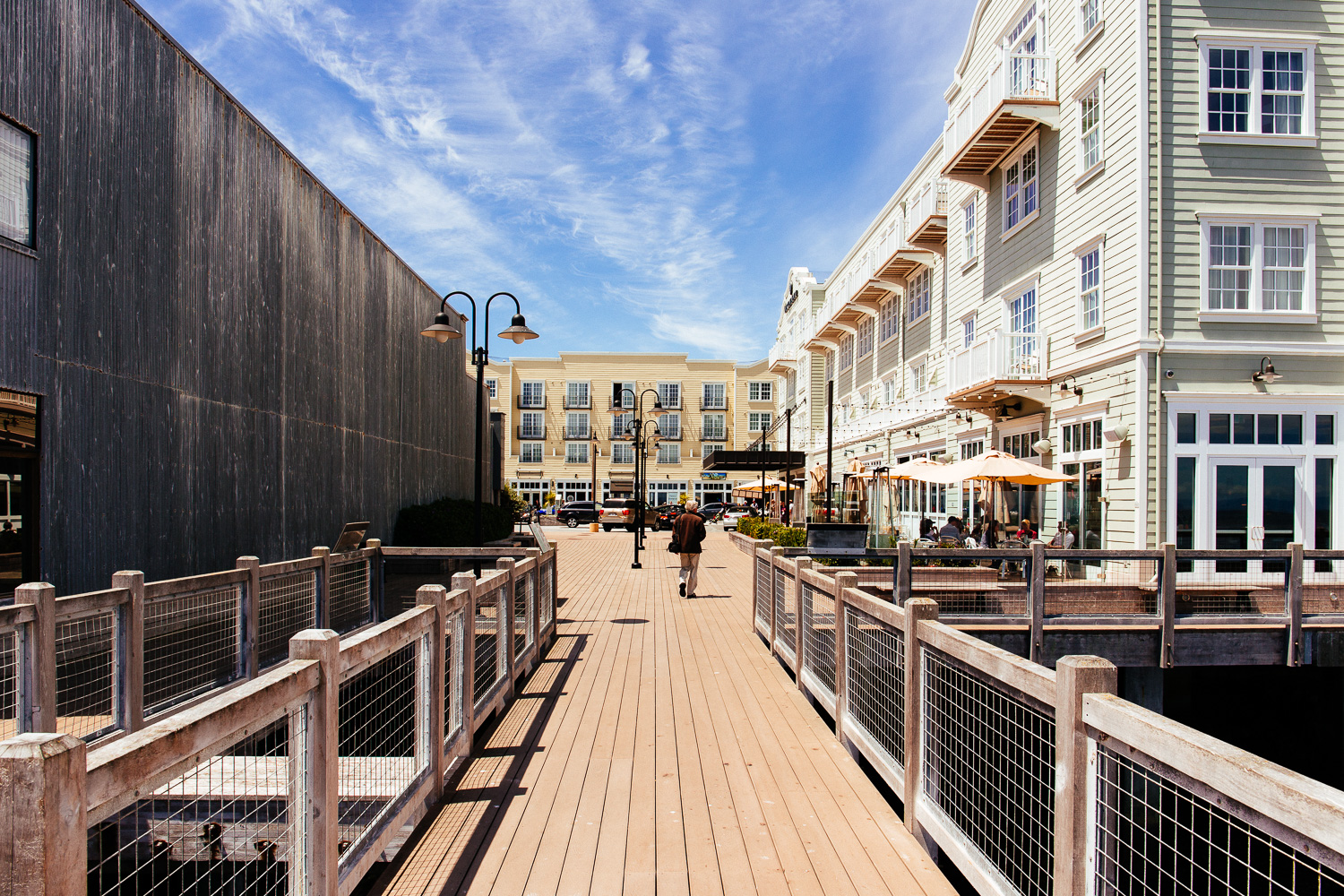