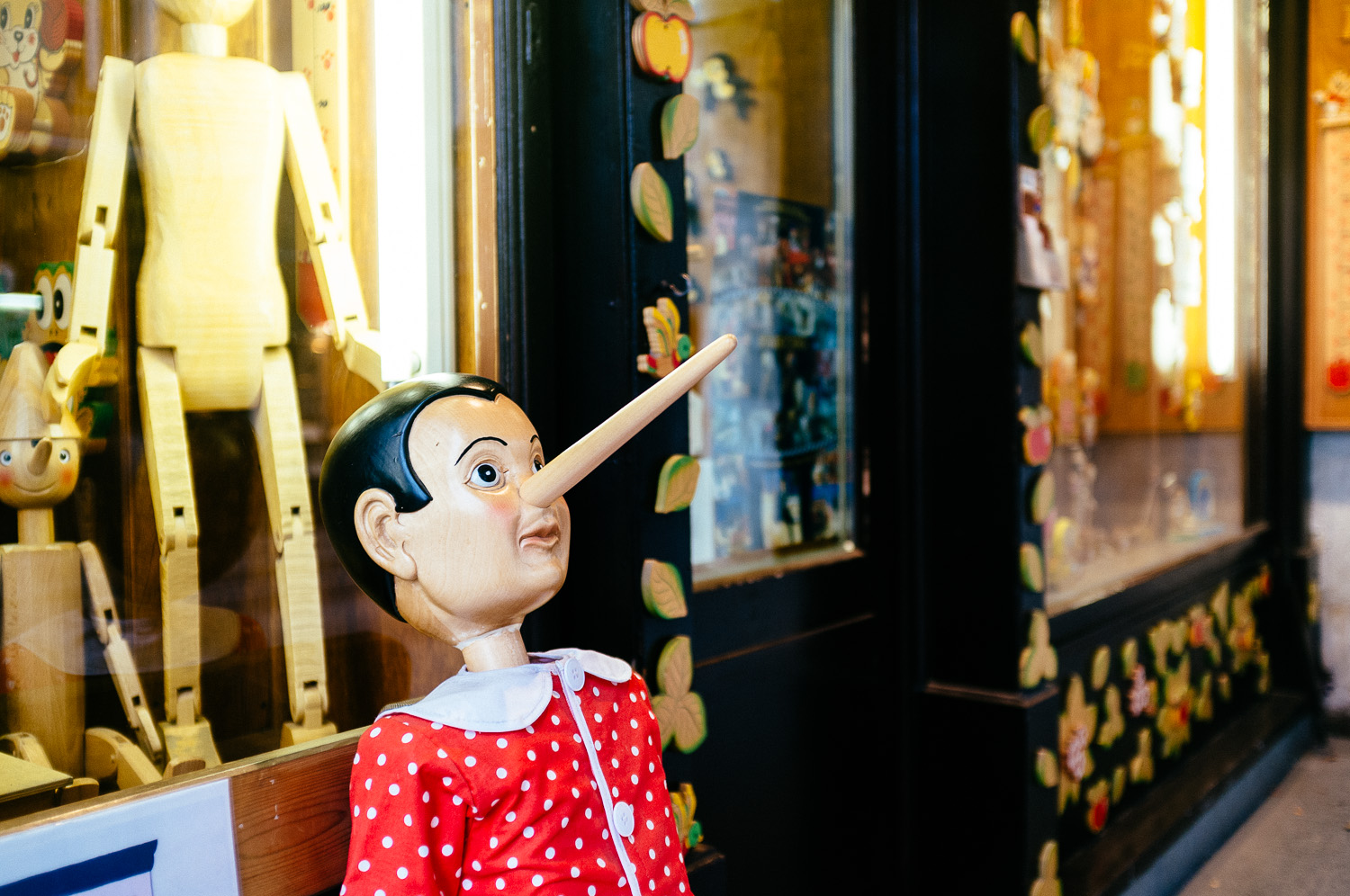 We all got used to it: “Best image quality ever!” “World’s fastest autofocus!” “Smallest, big sensor camera in the world!”

It’s clear that they can not reinvent the wheel with every single model but sometimes they bring out models just because another year is over and there has to be a new model to generate sales and to put the old one on sale to – well – to generate even more sales.

Who’s to blame? I’m afraid it is us. We constantly ask for new cameras. If a manufacturer decides to keep a model for a long time we got nervous. It doesn’t matter that the model was a milestone and far ahead of competition when it came out. We want something new. Where is the progress? “If Canon will not update camera X soon I have to switch to Nikon.” And because manufacturers don’t want you to switch to their competitors the shell out new cameras like crazy.

Sony is an extreme example. They managed to have more NEX cameras than lenses and now they start to do the same with their new A7 models. Mirror less cameras are especially prone to short life spans. Fuji brought out the X100, X Pro-1, X-E1, X-M1, X-A1 and than they started to update the first batch: X100s, X-E2 and made a new Contax RTS lookalike the XT-1. That’s seven cameras since the X100 came out in 2011! Not bad! Still it seems that a lot of people complaining because there is no X Pro-2. Olympus and Panasonic are no different. Lot’s of cameras in very short time.

But there is a problem: Digital cameras are quite durable. Even the non professional, non weather sealed models. I owned a lot of cameras but I never managed to kill one.

Nobody I know replaces a washing machine or dryer or fridge unless the old one died. Luckily that’s not the case in this industry. Some people change cameras almost as often as they change their underwear. The question is why?

I think it’s because the camera makers started to sell every small improvement as if it is a revolution. There are a lot of examples. The smart thing is that they don’t tell you a straight lie. The marketing guys understand that it would not work anymore. Instead they make a bold claim in big letters and hide the detail in a footnote written in much smaller letters at the end of the page.

Fuji X-T1: World fastest AF. Wow! That’s a headline especially when it comes from Fuji. Sure they got everyones attention. But of course there is a footnote: measured with the 14mm lens! When you look at the improvements they made with the other lenses it doesn’t look as impressive. Why just the 14mm lens? An improved focus time with the 35mm lens would be much more important.

But that’s not even the full story. Focus tracking is still rather mediocre compared to DSLRs. No wonder sport and nature shooters keep their DSLRs and even parents should do so. The only mirror less camera today that can track action is the Sony A6000.

So what finally remains from the world fastest AF is that if you use the 14mm lens in good light on a static subject focus will be achieved very fast. Don’t get me wrong that’s still nice but it is hardly a revolution. With the latest firmware update my Fuji XP1 focuses a lot quicker too. Maybe not exactly as fast as the XT-1 but does that really matter for static subjects?

But of course the other manufactures are not any different. No matter if Canon, Nikon, Olympus, … they are not lying but they do not tell you the full truth either. Here are another two samples.

Canon claims vastly improved high ISO performance of the 5Dmk III over the mkII but it is mainly because of an improved JPEG engine. It’s the same with other cameras too. But who shoots JPEG today? The real improvement was the new AF.

Nikon’s D7100 is a truly great camera. It could be an amateur nature photographers dream camera. 24MP on APS-C, fast AF and a very good frame rate of 6 fps or even 7fps in the 1.3 crop mode. Everything looks great but if you shoot RAW the buffer is full after just 6 frames. 6 frames! That’s just a second! No chance to cover any kind of action. I understand that a 24MP sensor creates a lot of data but where is the point of a 6 fps if the buffer is so small?

Nikon 1: Nikon’s overpriced, small sensor system camera. They sure sold it in numbers because of the very aggressive marketing but their claim: number 1 selling mirror less camera was a surprise. But there was a addition: number 1 mirror less camera in its category! Of course it helps if you are the only one in a category you just created: Small system cameras with 1inch sensors.

Why camera makers are proudly present any small improvement like they are milestones in technology? Because it’s easier to sell a revolution instead of minor improvements. But the days of revolutions or real jumps in image quality or features are gone. Maybe that’s bad news for the camera makers: The gold rush of the early days of digital photography is over. But that’s very good news for us. We can shoot with our cameras much longer now without the feel that we need an update. We can start to put our money on nice trips instead of gear. And that will improve our photography much more than a newer camera.

Or we can get real bargains if we buy the last years model. Currently the still excellent Fuji X-E1 is on sale with the 18-55 and the cheaper tele zoom for a price that means if you buy the 2 zooms you get the camera for free. Image quality is as good as with the newer models and if you are a JPEG shooter it’s even ahead.

Regarding technology we live in great times!