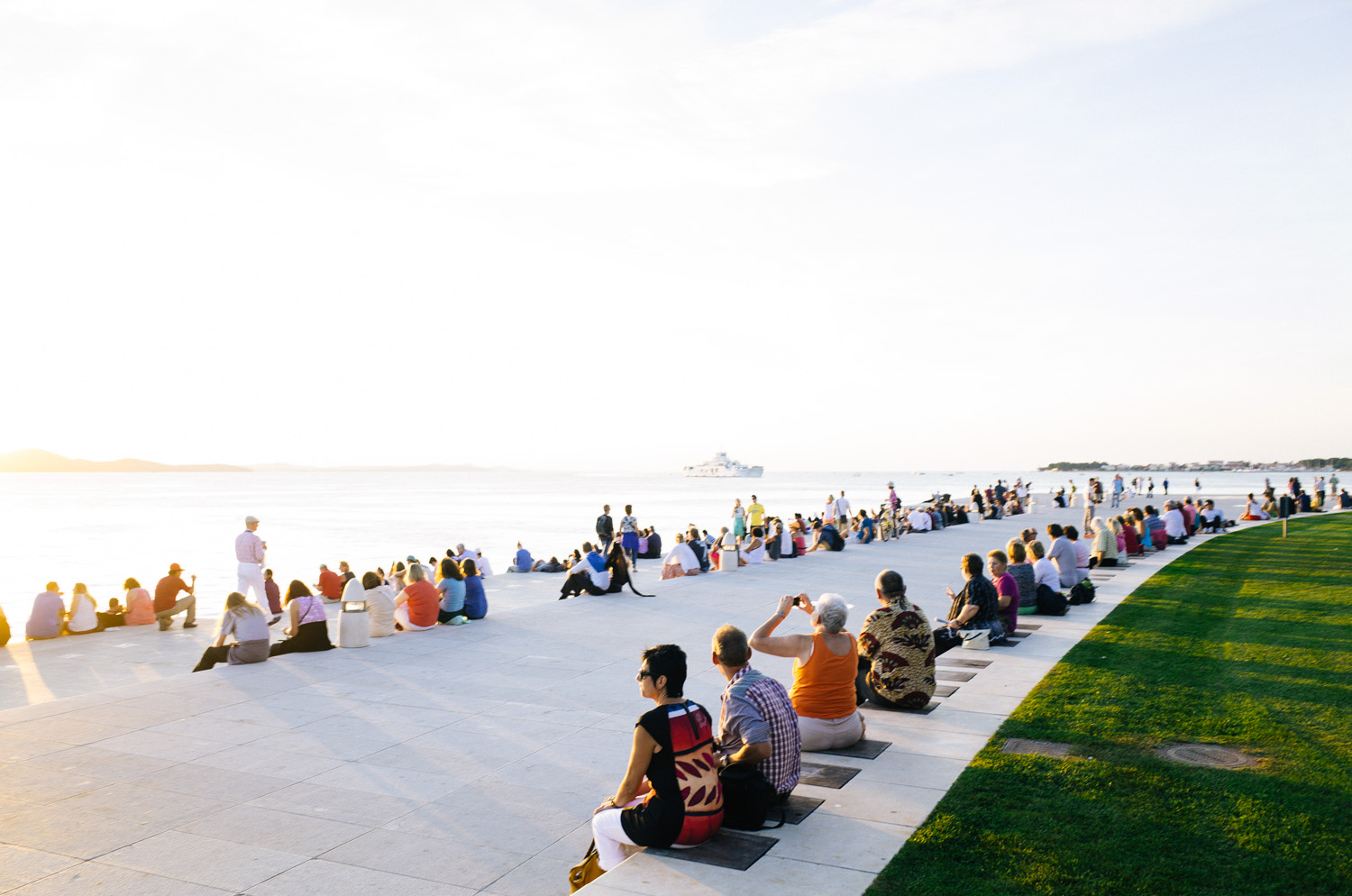 Last sunset by the sea before winter. This is as sad as it sounds. I love sunsets. I love the sea. So one of the things I love most is sunsets by the sea.

This pictures I took on the last evening of a great short vacation in beautiful Croatia. This year I had a lot of long distance flights. It’s great just to get into the car and to drive south. We travelled Dalmatia and decided to spend the last day in Zadar. It was a good decision. 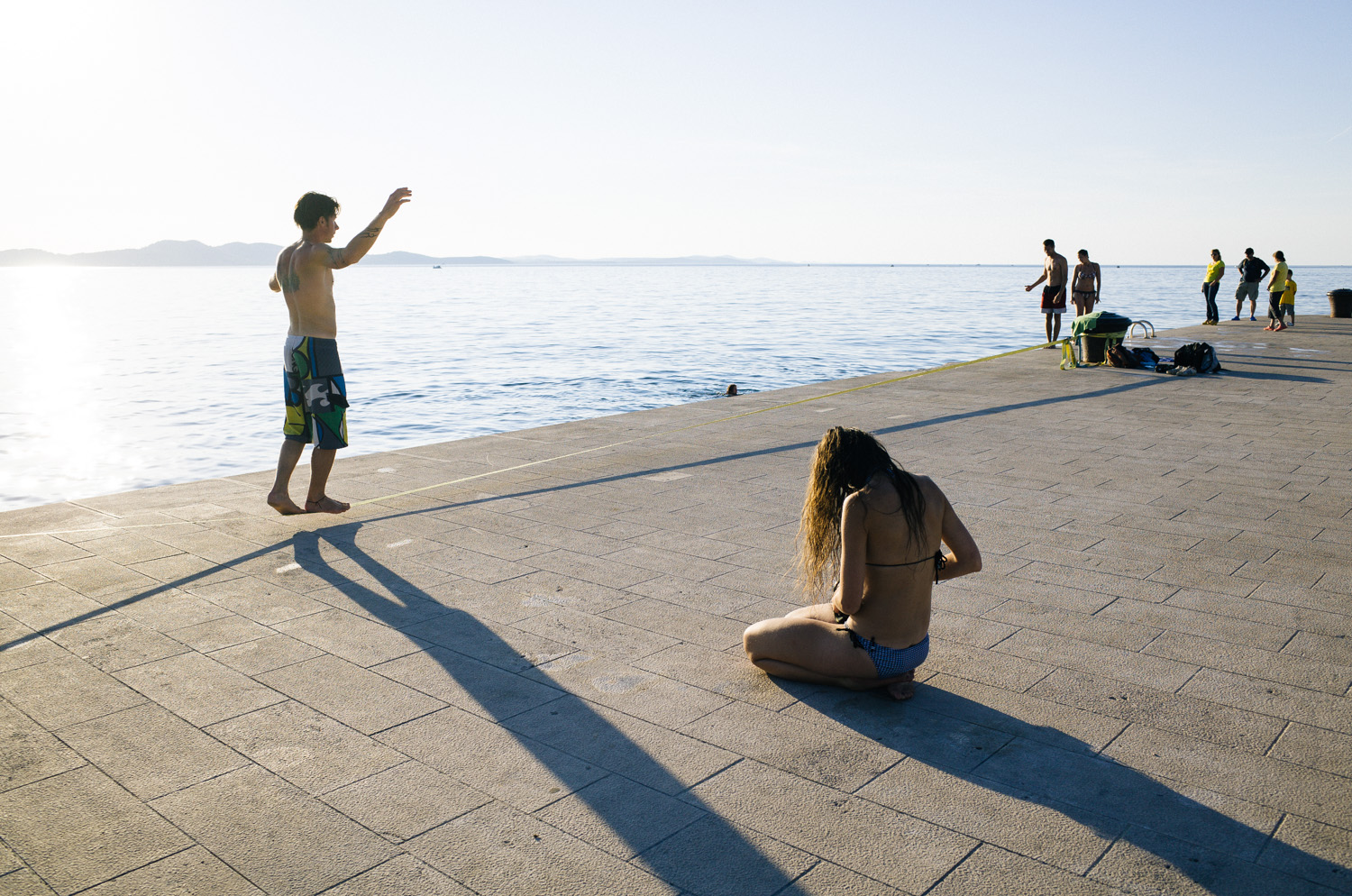 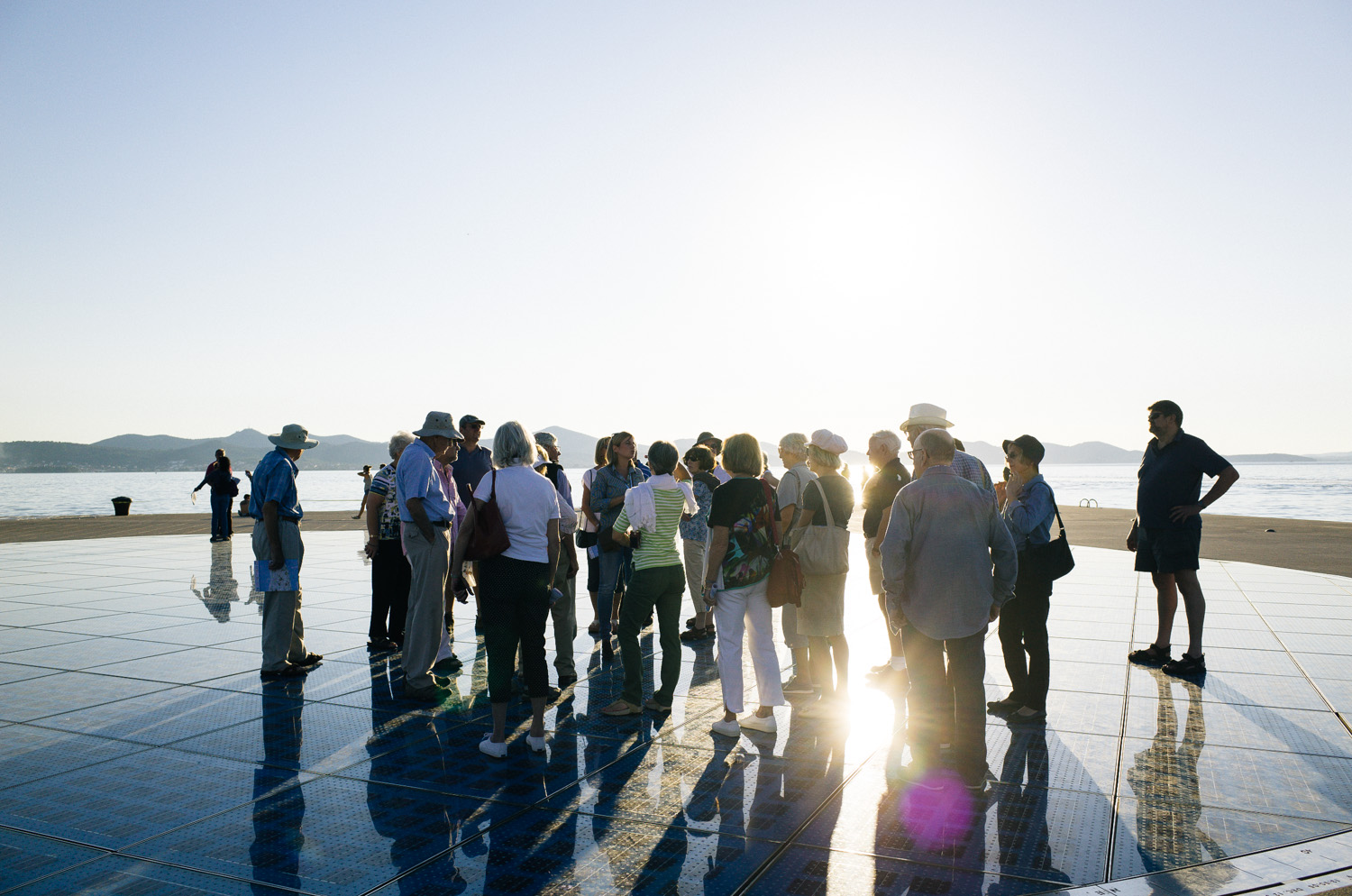 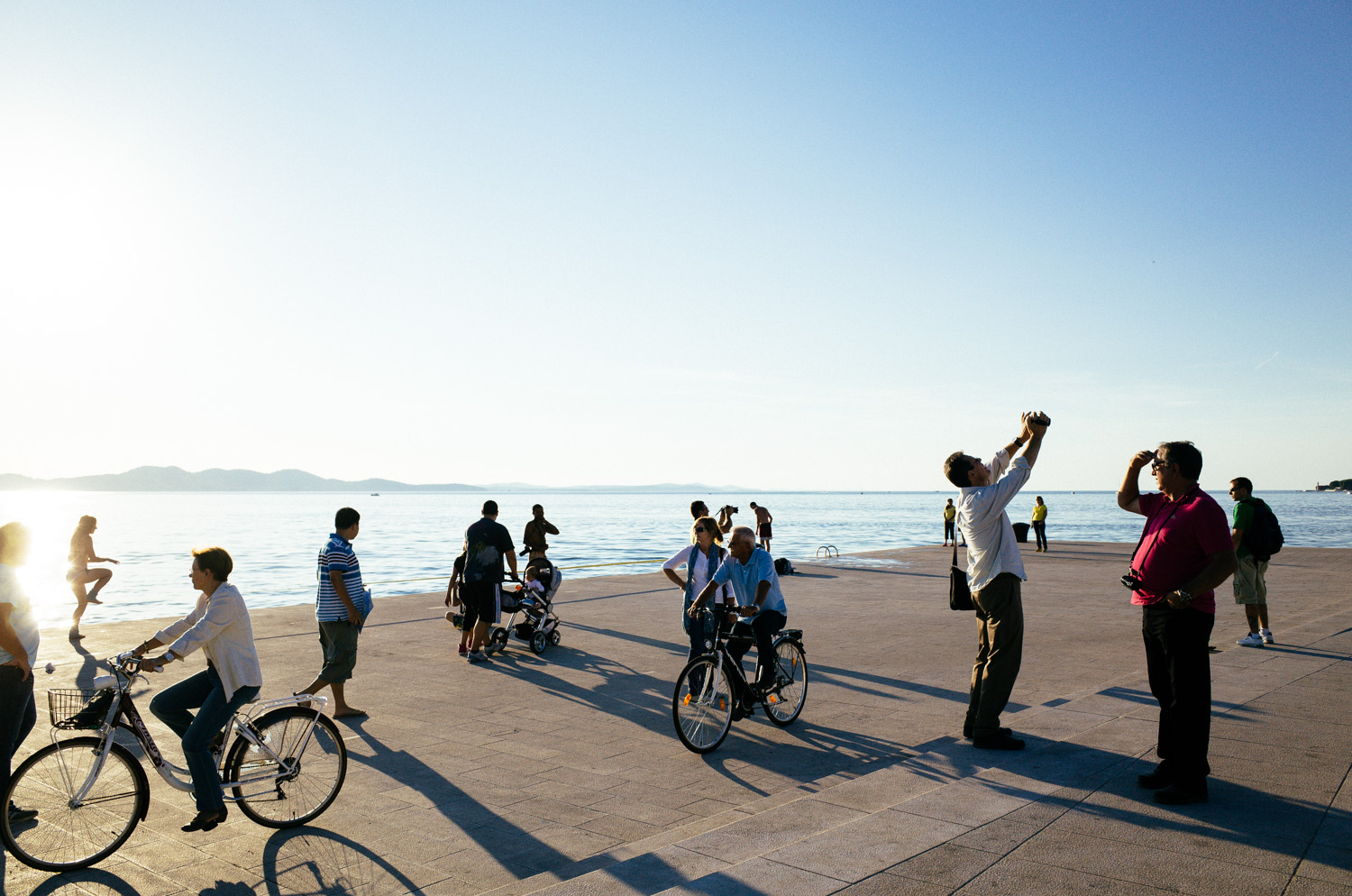 Zadar is famous for it’s sea organ. It’s a great idea and it really works. If you want more information you need to get there ( or just google it ). But getting there is the better option.

Enough of Zadar. To the camera: Before the trip I got the Ricoh GR. The ultimate compact camera. APS-C size sensor in a camera the size of the Sony RX100. In other words it is really small and light. The last evening I decided to leave my Fuji XP1 in the hotel and take only the Ricoh GR with me. I did not miss the XP1. 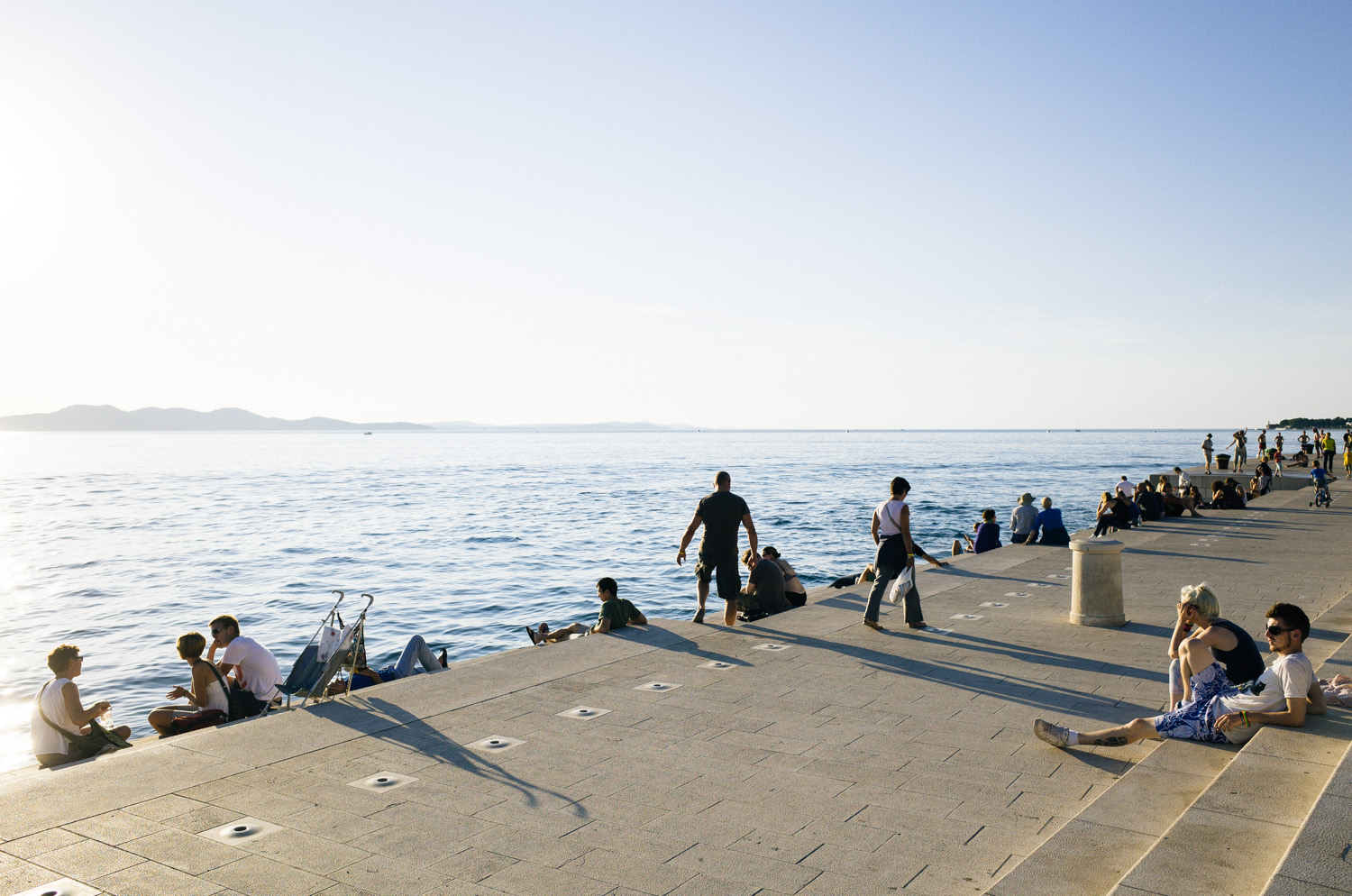 The Ricoh GR is so light that I almost did not notice it in my bag. My iPhone with the additional battery back feels heavier than it. I almost didn’t buy the camera because it feels hollow. Now I love the low weight. It’s liberating.

But the greatest thing is the handling. The Ricoh handles like a real camera not like the ordinary compact. I still prefer the controls of my Fuji XP1 but the Ricoh comes close and in some areas it is simply better than the XP1. 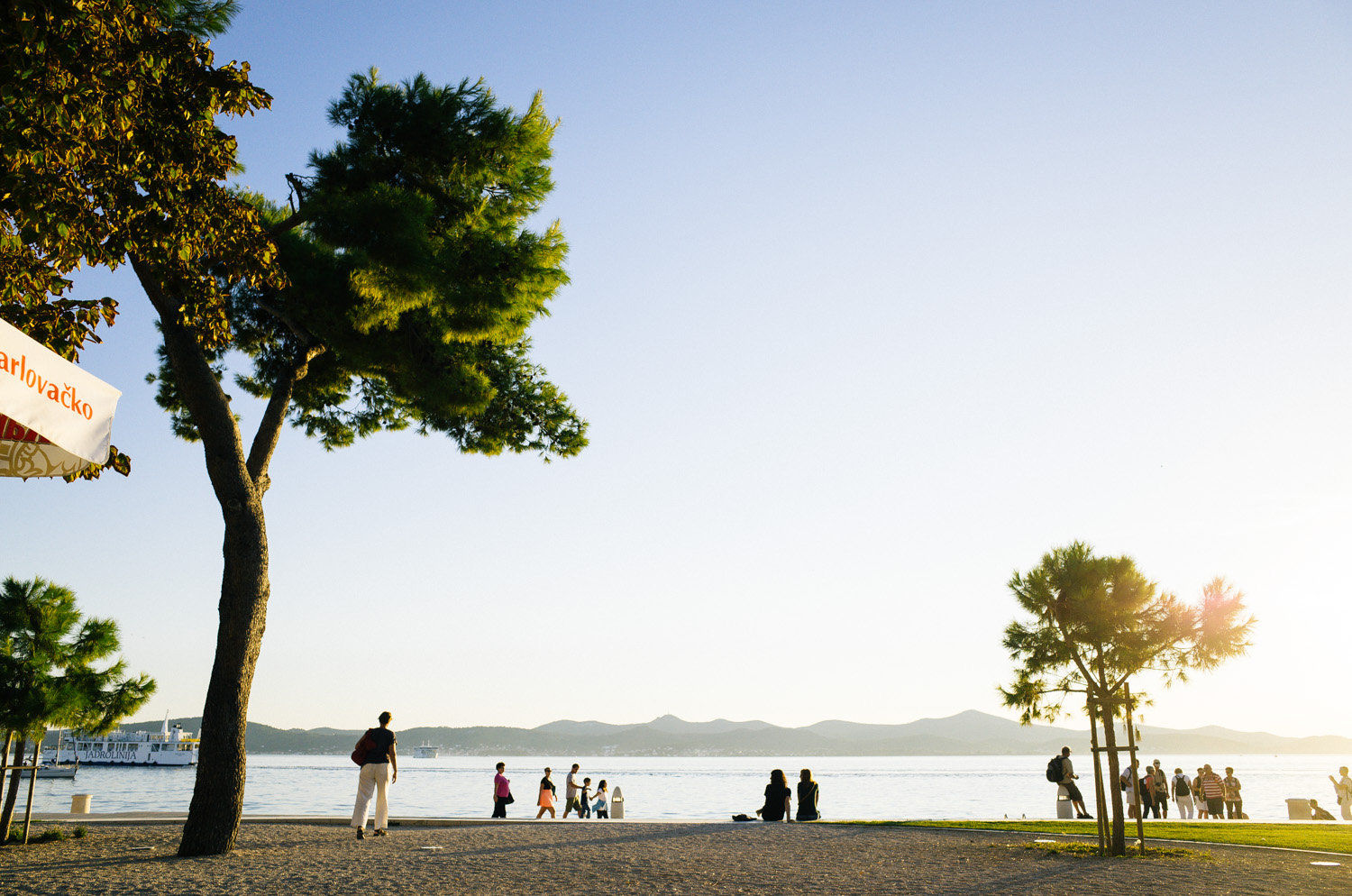 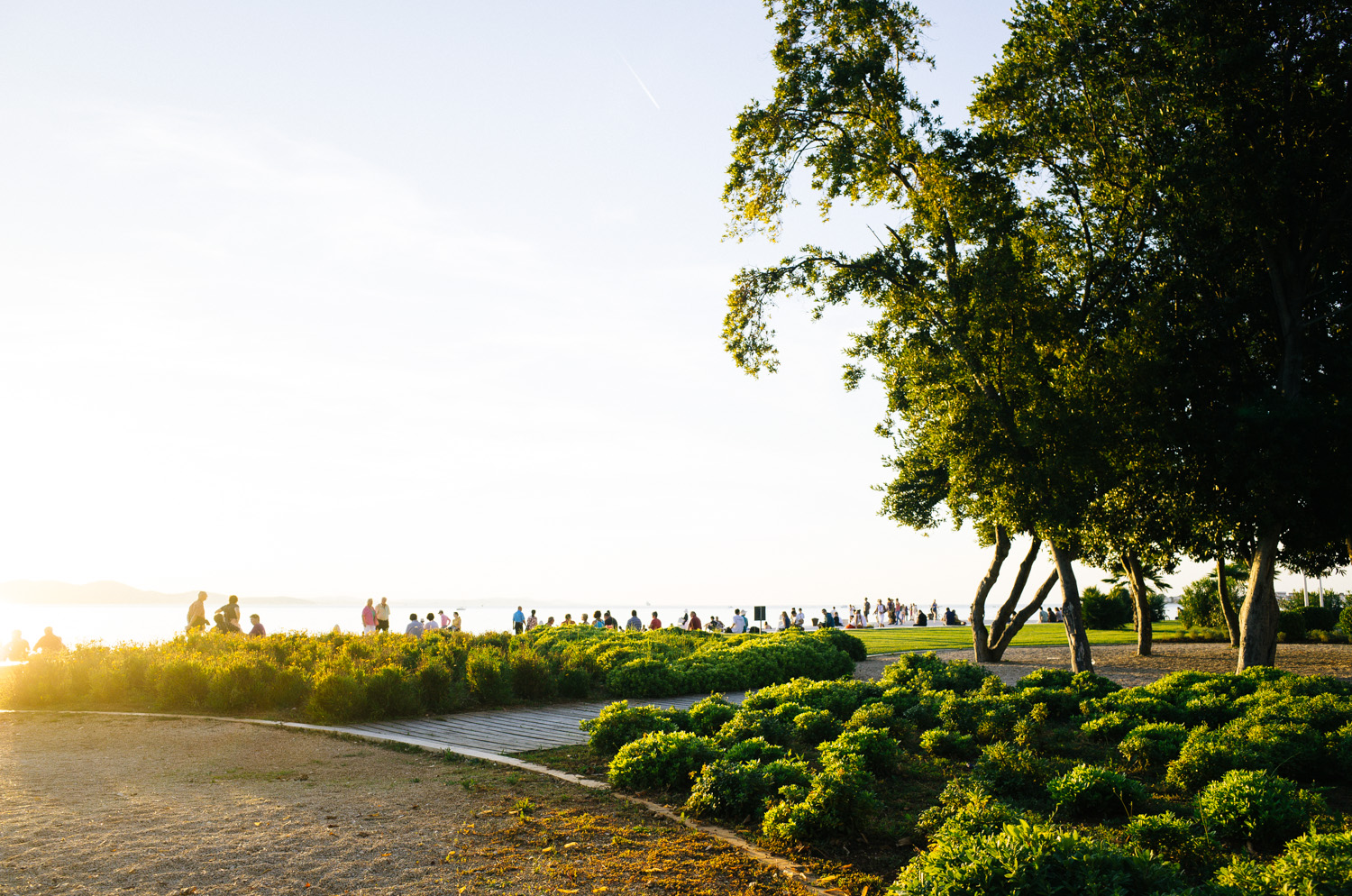 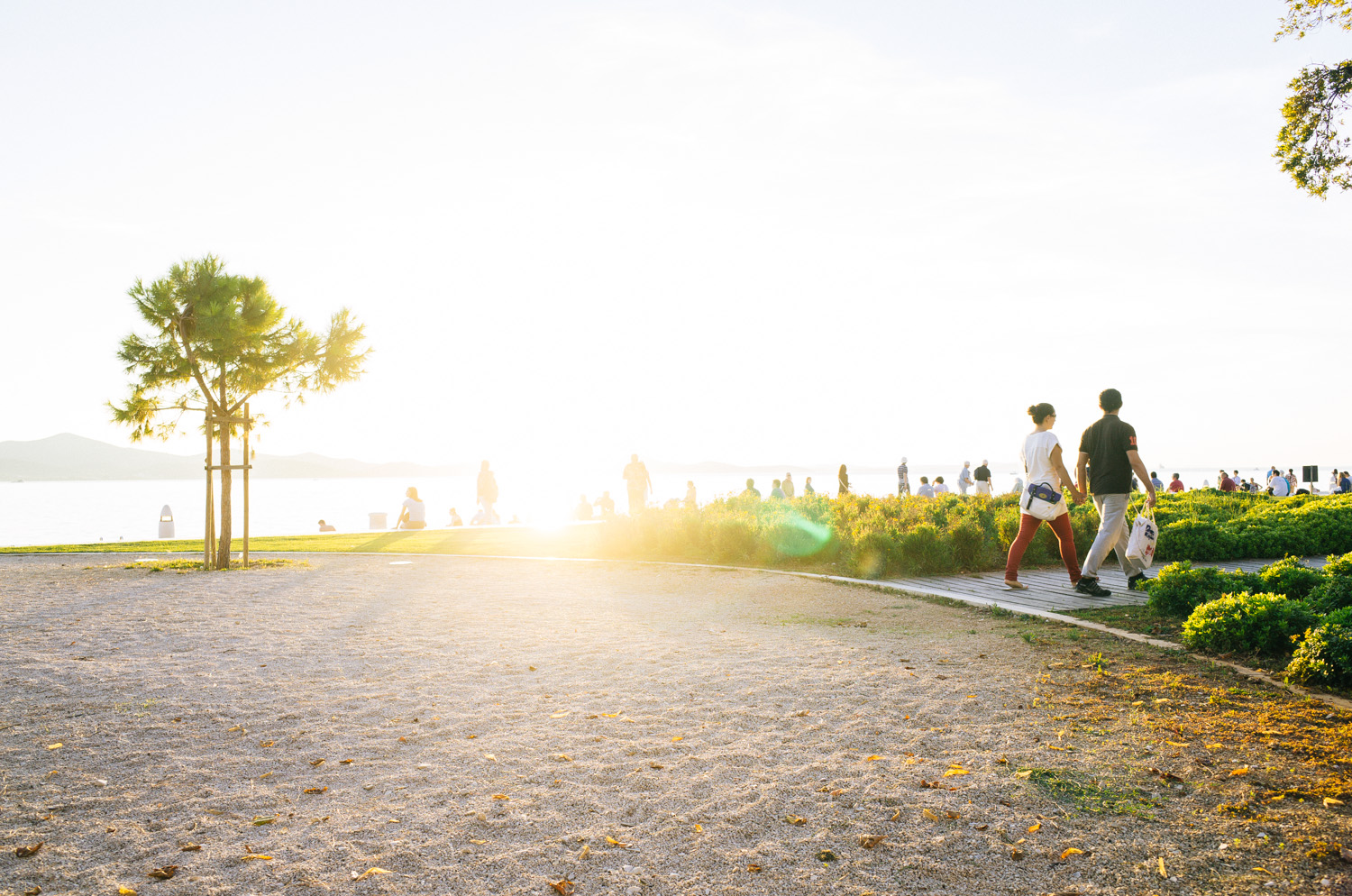 Image quality is impressive. You can take pictures that you simply can’t take with a smaller sensor camera. Dynamic range is very good and the way it handles highlights is great. I overexposed the shots to catch the feeling of the light. One last beautiful evening before the summer goes by. 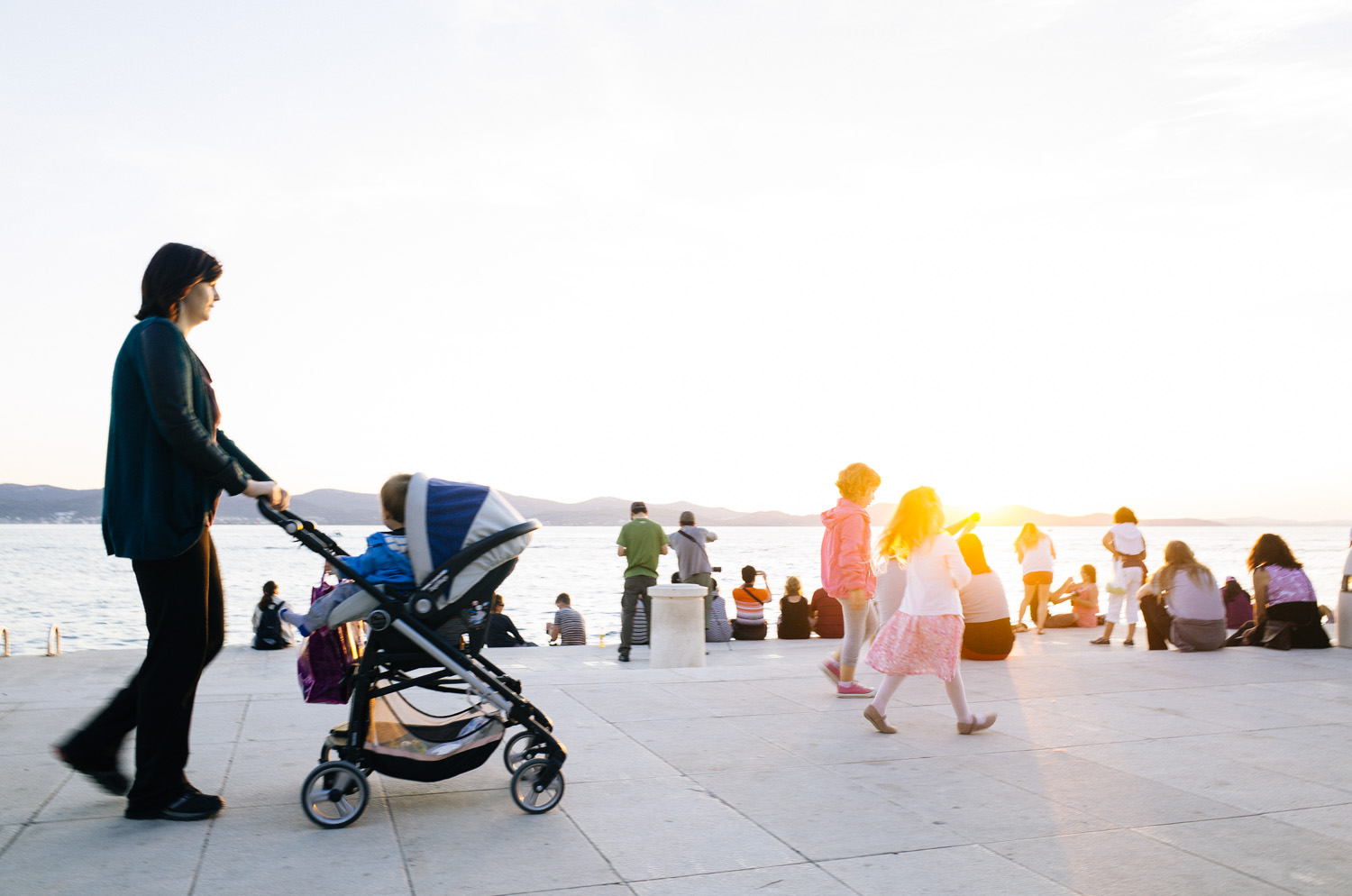 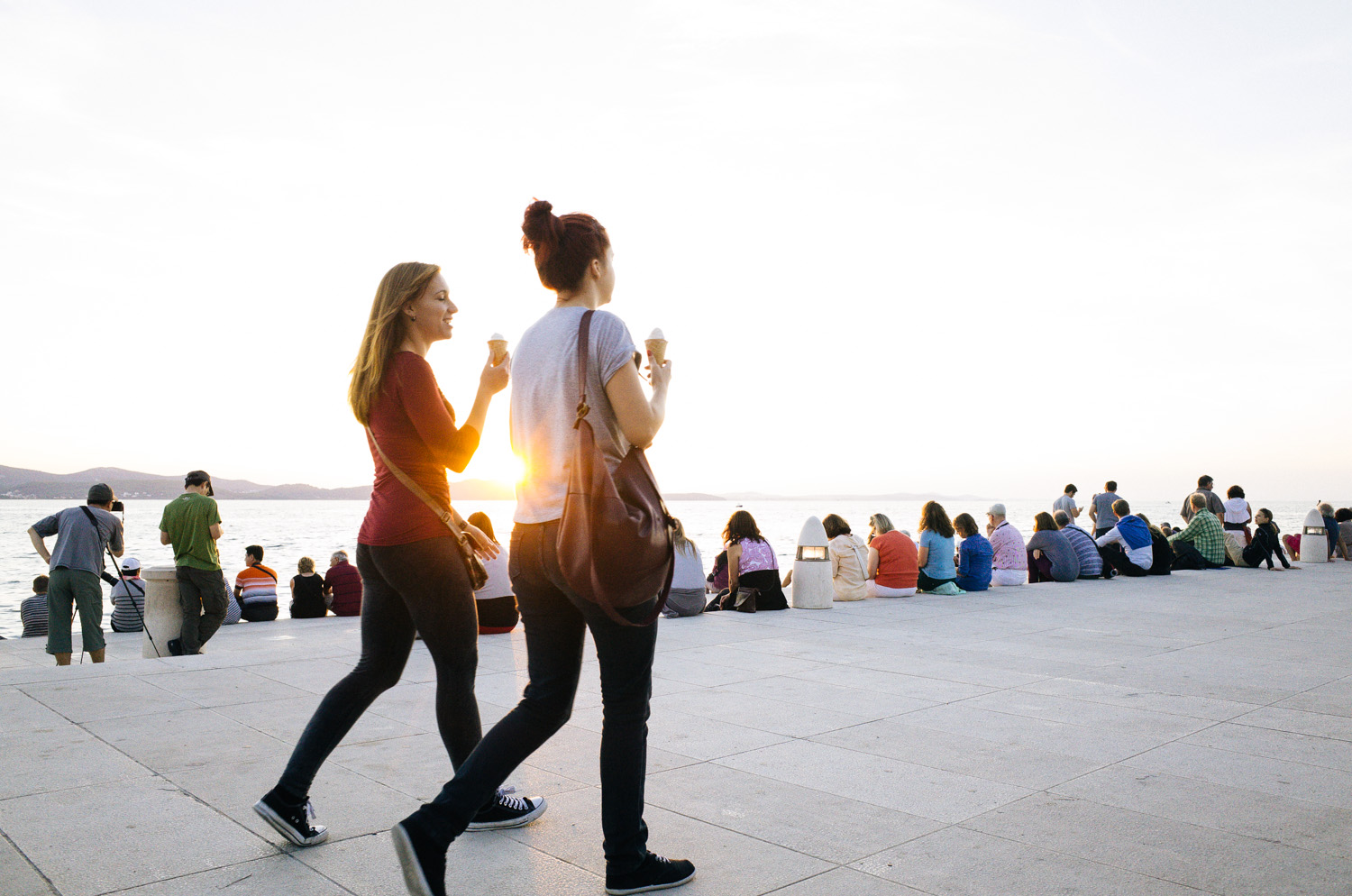 People enjoyed the sunset, had a drink or ice cream or took some images. Lot’s of images. Most used their mobile phones, some used digital compact cameras and a few used a beefy DSLR and one or two even used a tripod.

I shot a compact camera that is almost as light and small as a smartphone but beats most DSLRs on image quality. The Ricoh GR is understatement in it’s purest form. Great performance in an unobtrusive case. It’s the best solution if you want to keep a low profile. In that case it is even doing a better job than a Fuji X or Sony NEX. 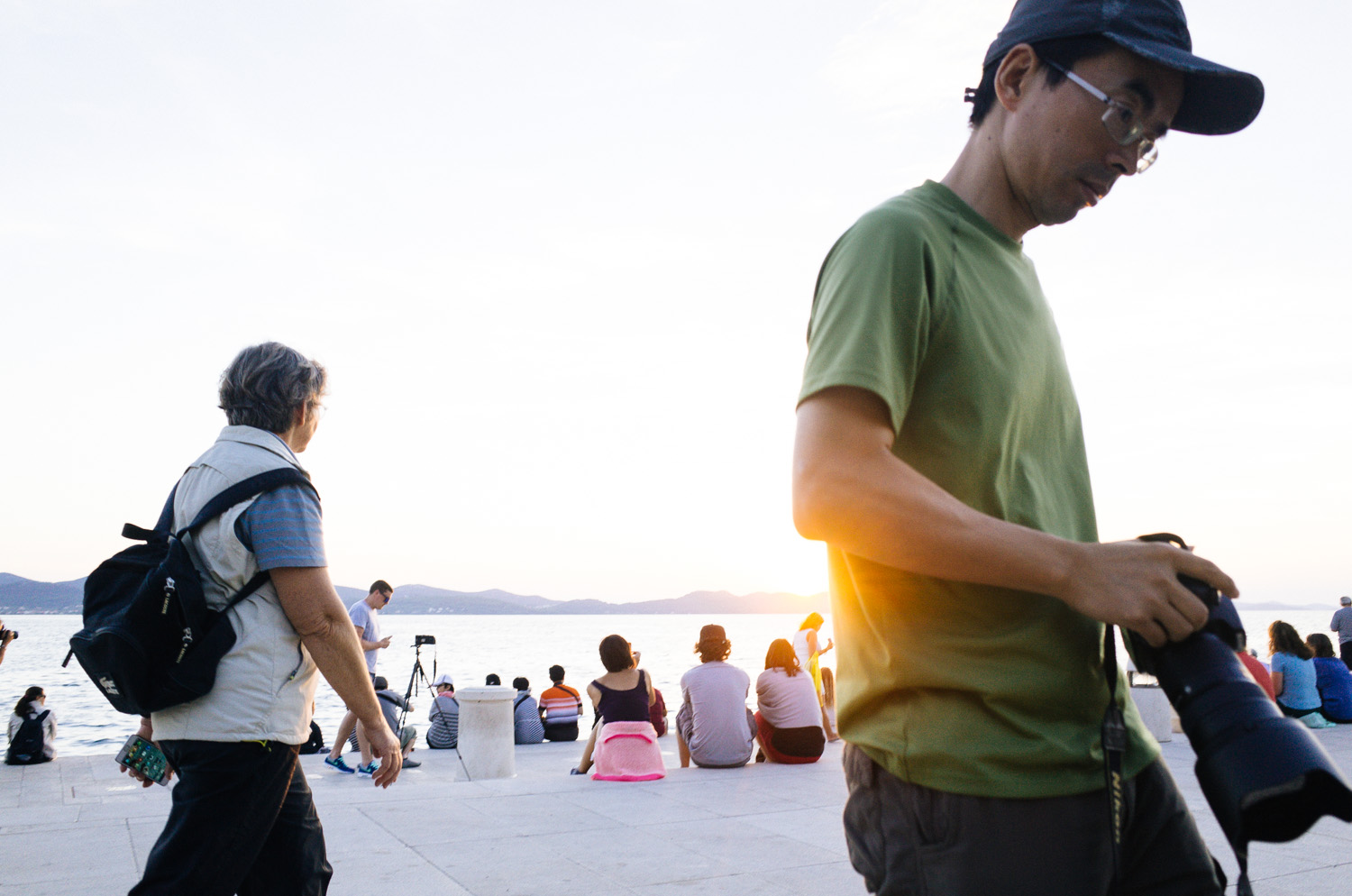 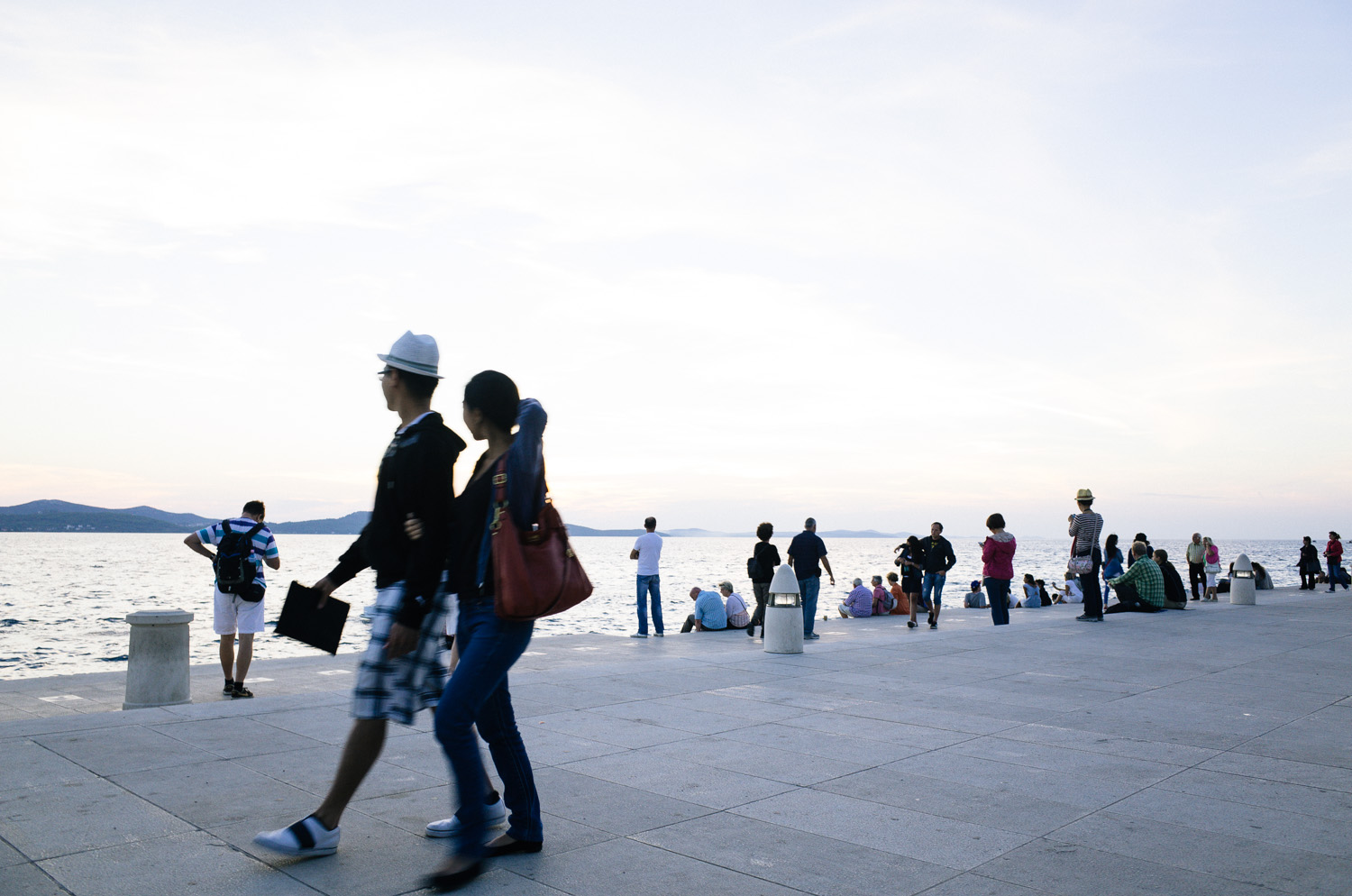