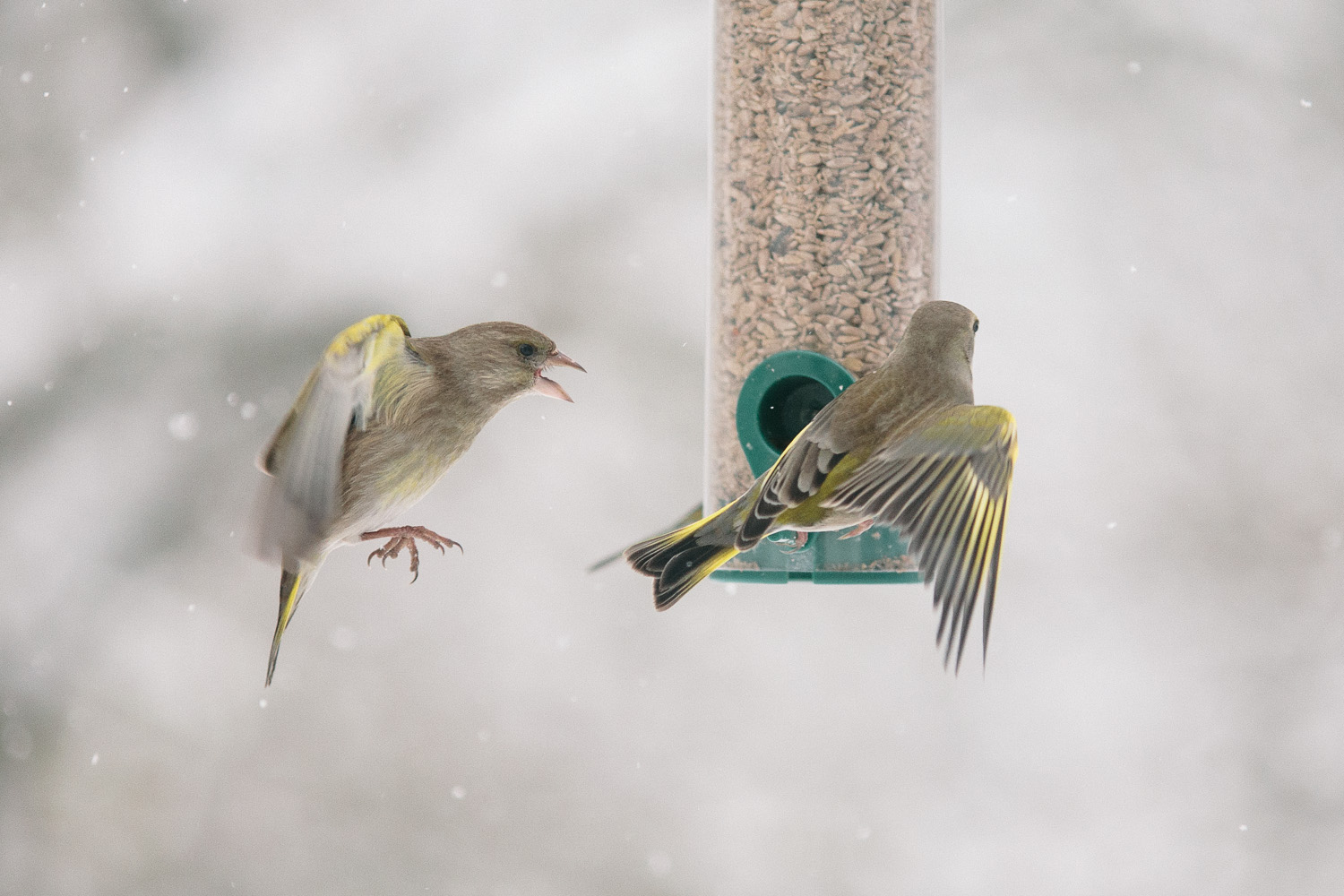 Some time ago I used to love bird photography. I visited the Neusiedlersee NP on a regular base from late March to early May to take pictures of the bird migration to the North. I shot a Nikon D1 ( later D2H ) with a AF-S 2.8/300 ED with or without the 1.4 or 1.7 converter. Sometimes I took images of songbirds in a park in Vienna. There was a guy preparing branches with food in a way that you can’t see the food or a feeder in the final image. It was a great location.

Since I moved out of Vienna I feed the birds in my garden. I never considered to take pictures because I don’t have the right equipment anymore. 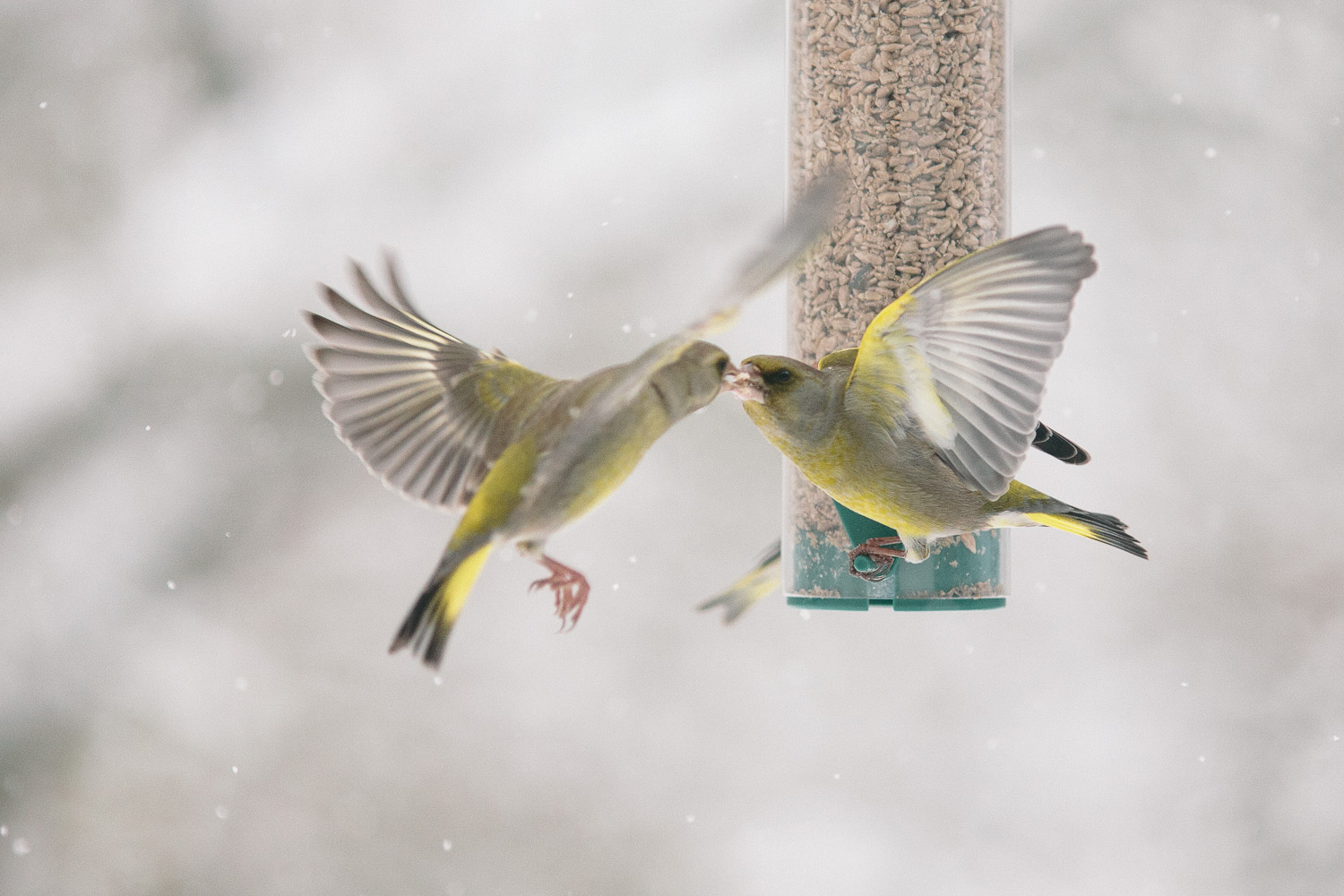 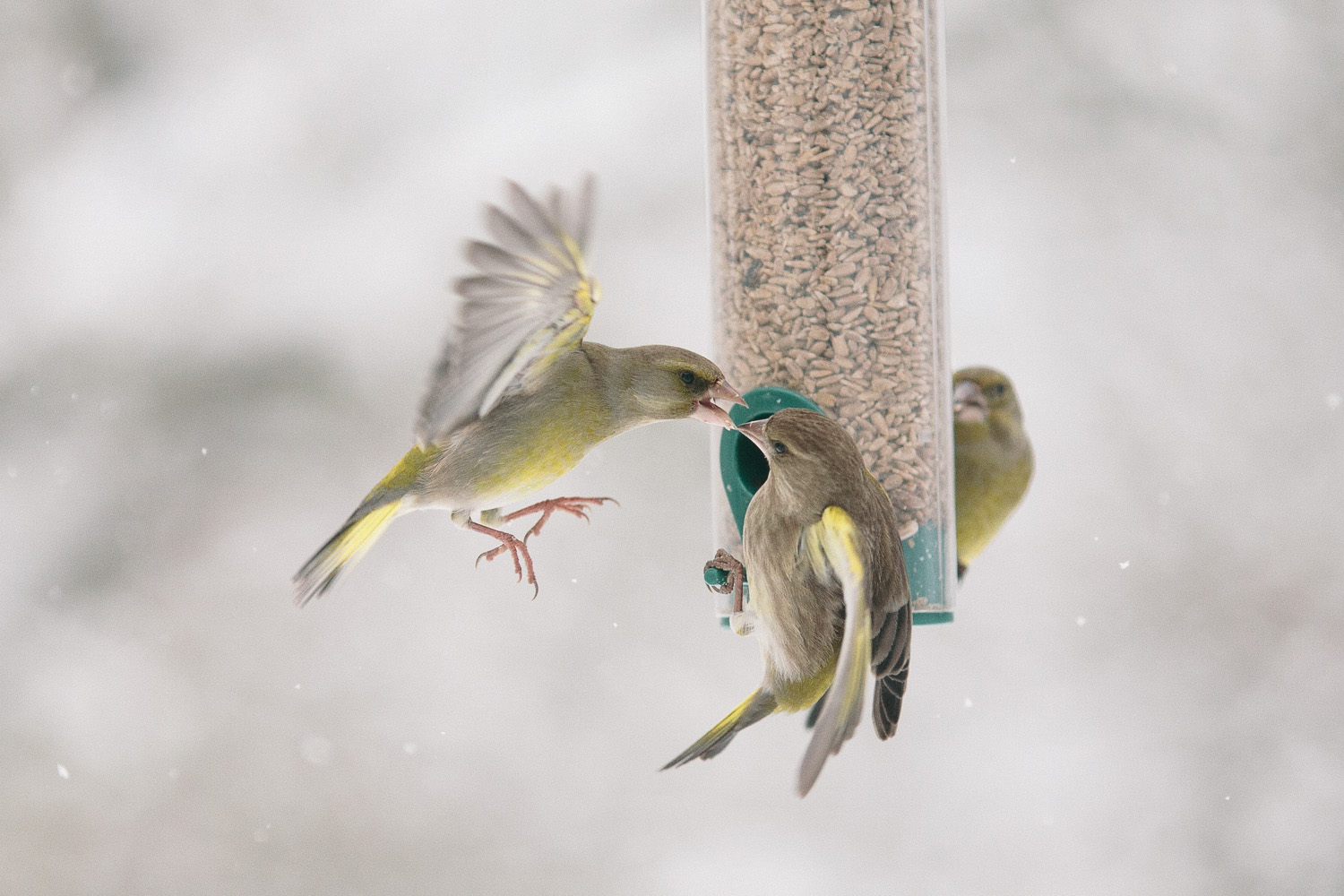 Last weekend I did. It was snowing and I saw the birds fighting for food. We have 5 feeders in the garden and this one is the closest to our house. I had the flu and was recovering but still unable to go outside so I shot the pictures through the window! And we have those high tech 3 glass windows. Of course that did cost some clarity but most of all a lot of light. You can see it in the EXIF data. Some shots where taken at 1600ASA to make sure that I can freeze the action. But even at 1/2000s I got blurred wing tips. It is incredibly how fast small birds move. 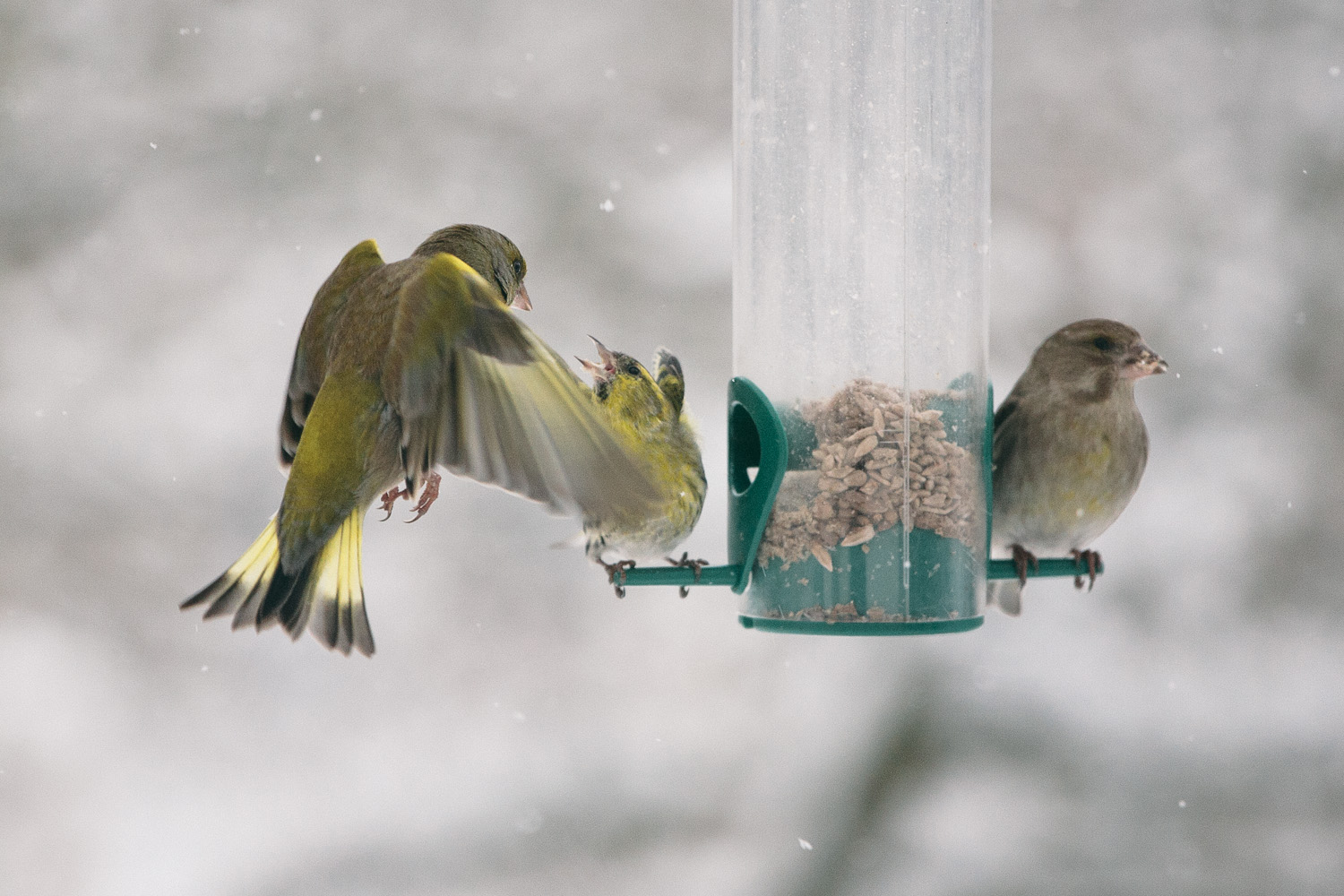 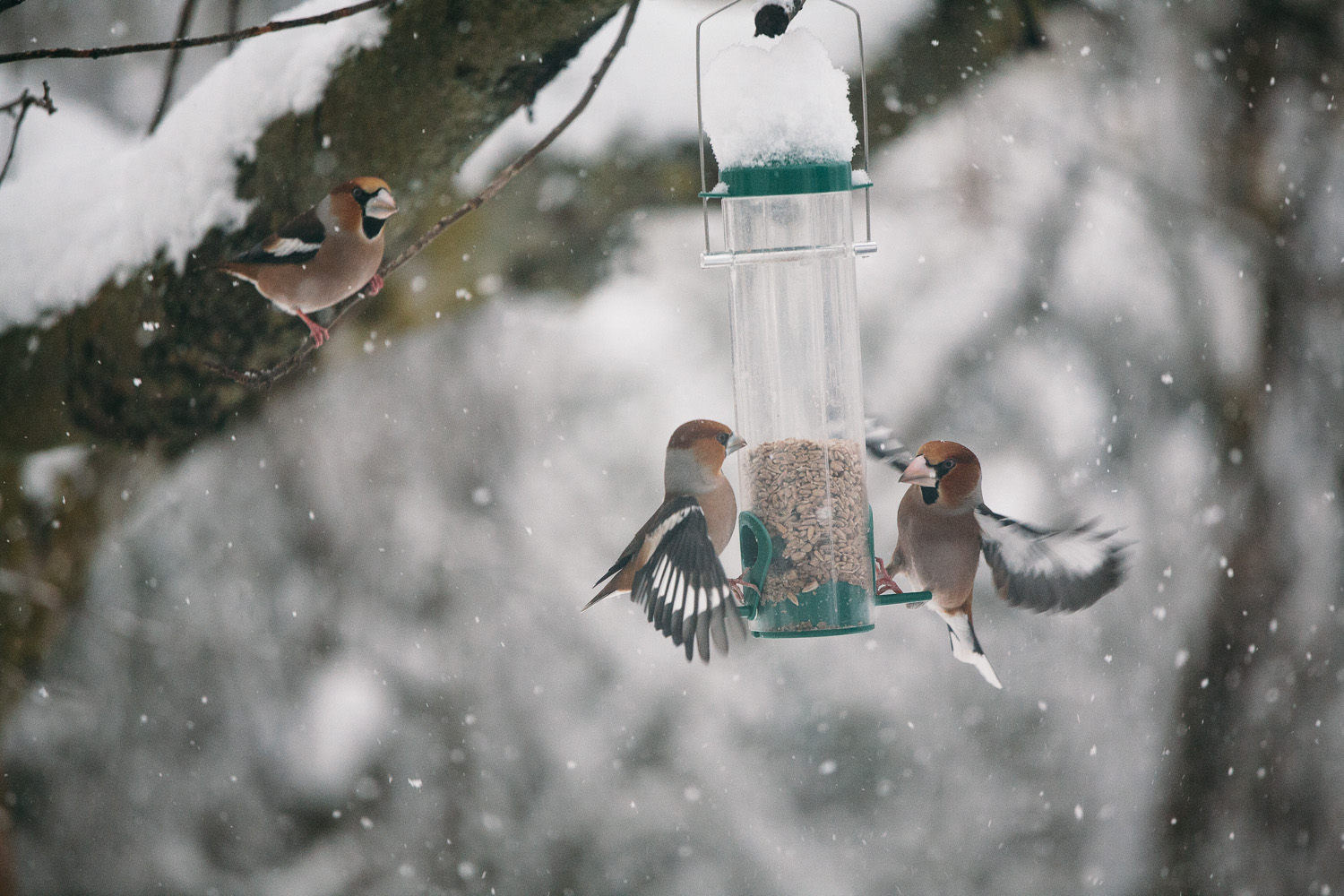 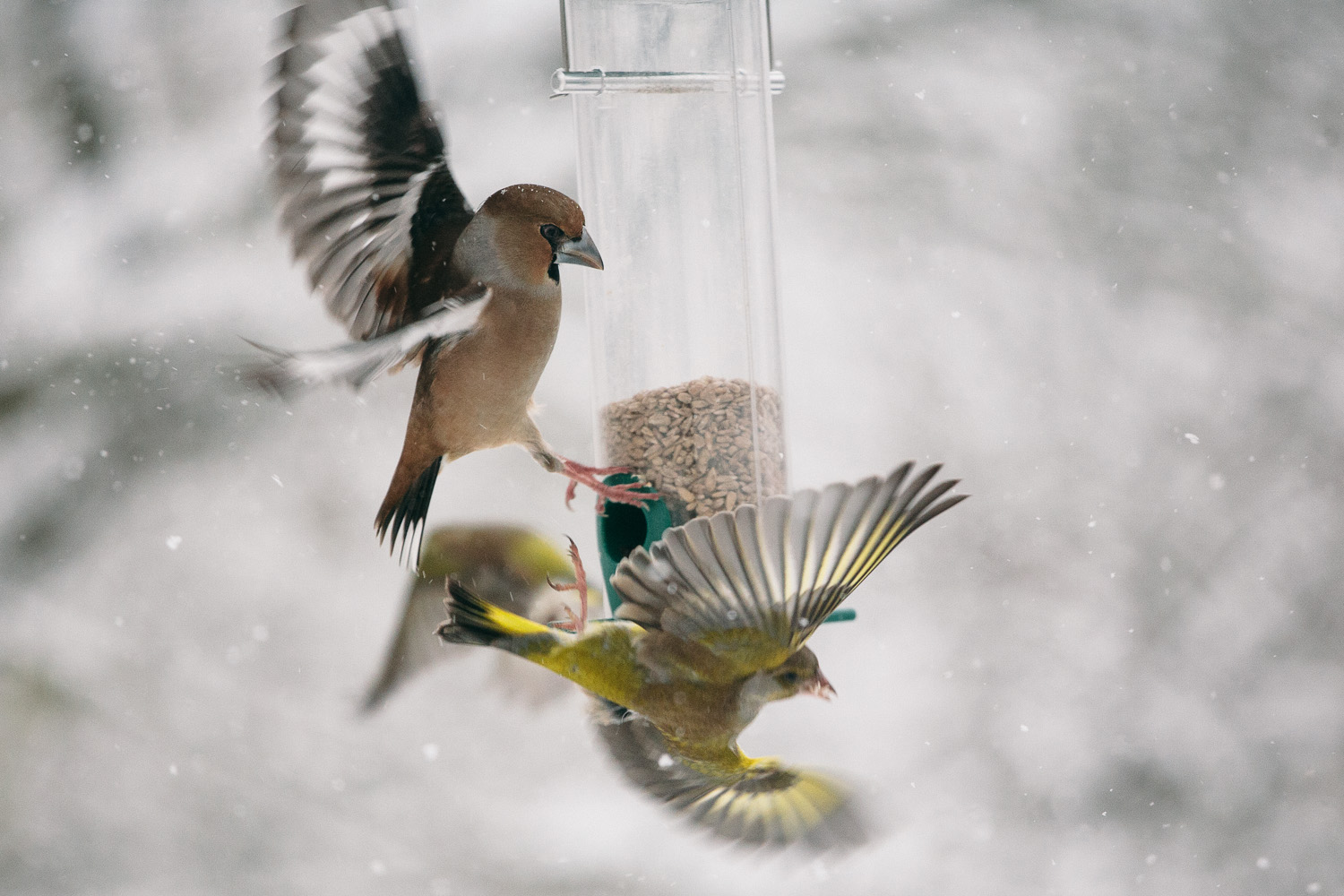 I used two different lenses. First I shot with my 4/70-200 IS. Then I put on the 1.4 converter but I did not like the results and the drop to f5.6 made it really hard to get fast shutter speeds. At last I used my 135L with the 1.4 TC. This proved to be the perfect combo: Light, fast and very sharp. A 200mm lens on a slow full frame camera is not exactly the perfect setup for shooting birds but it worked. It shows that there is no substitute for getting close.

These are the last images I took with my Canon 5D. I bought it back in 2007. A wonderful camera. I was a full frame believer from the very first frame. This camera changed my photography. 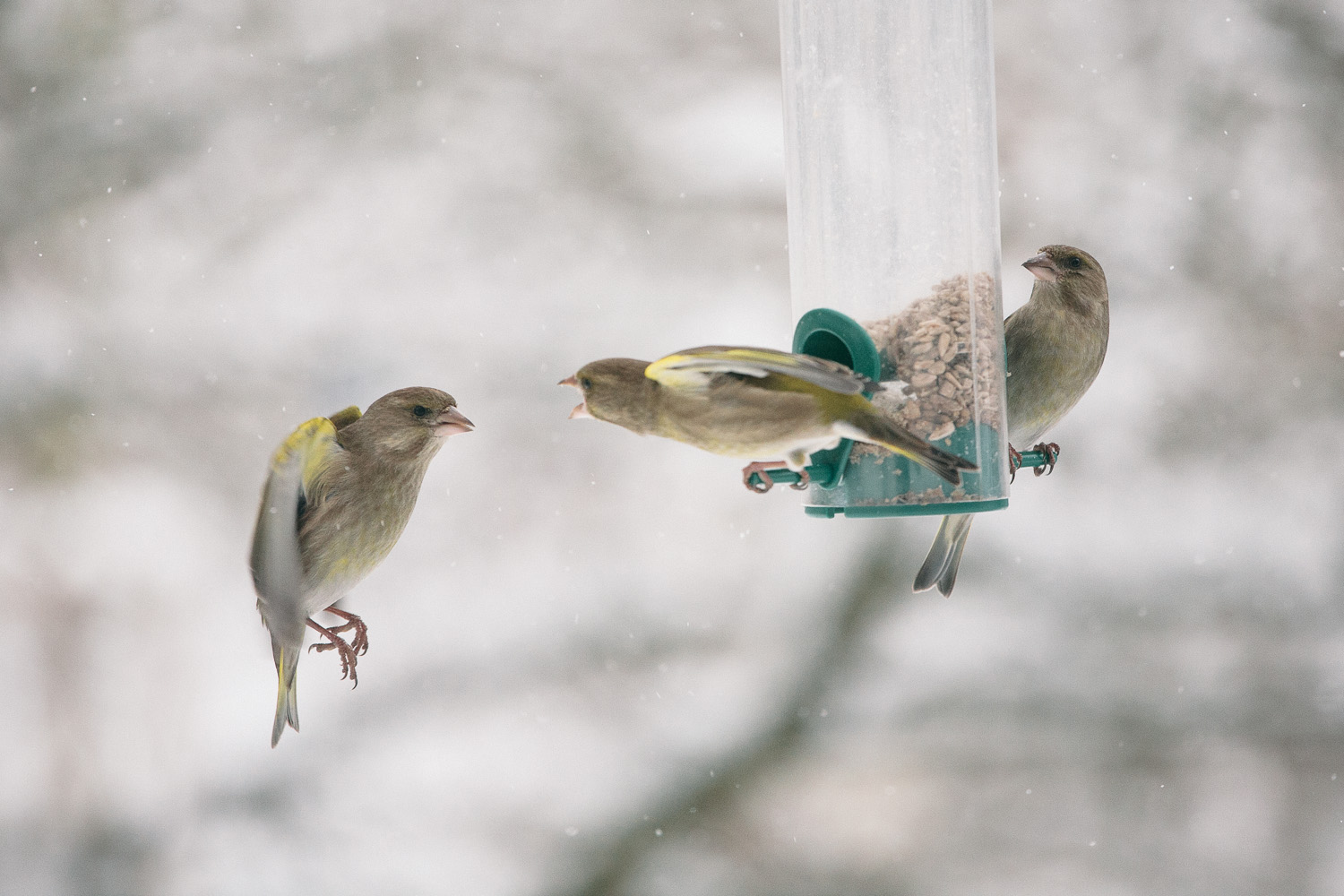 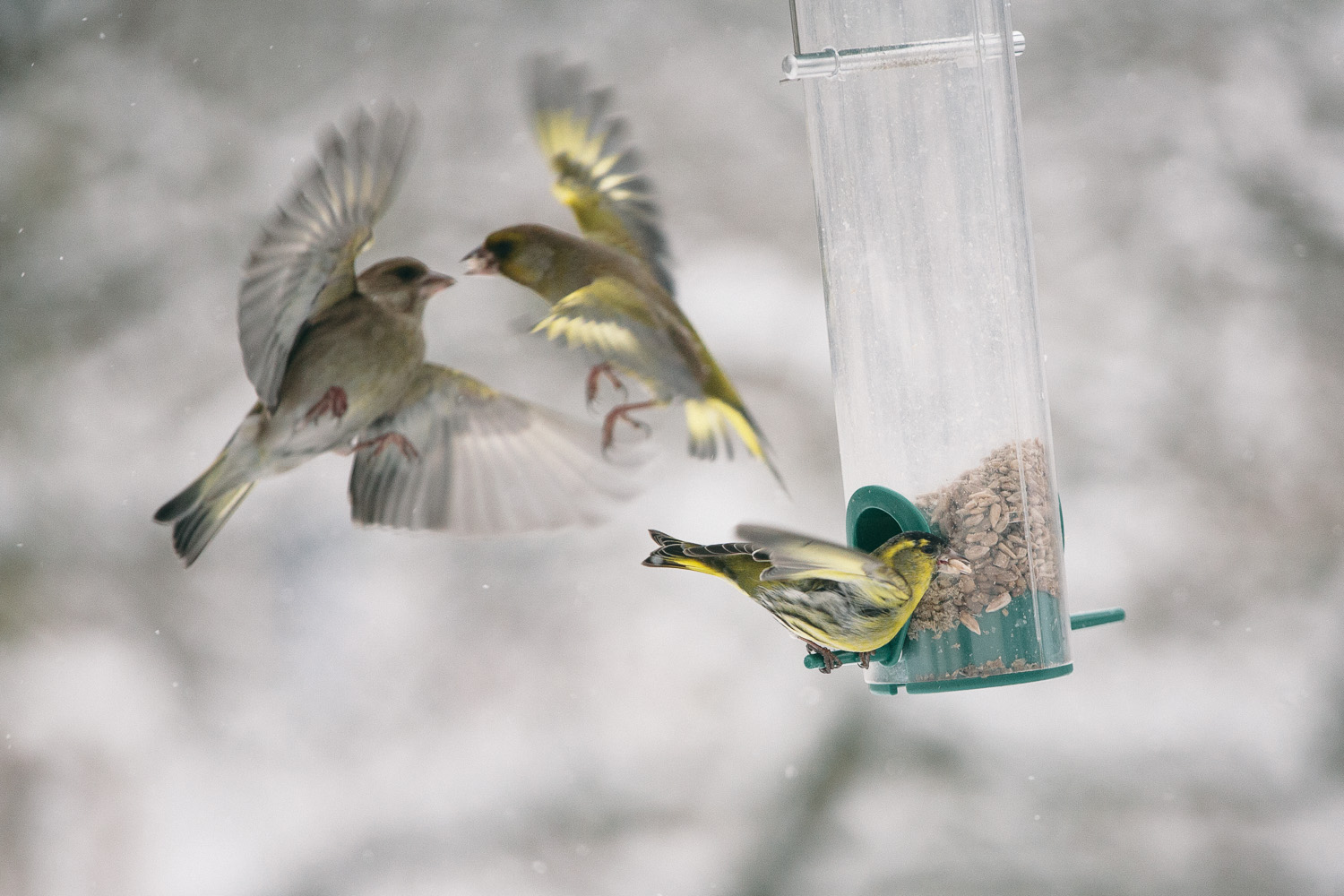