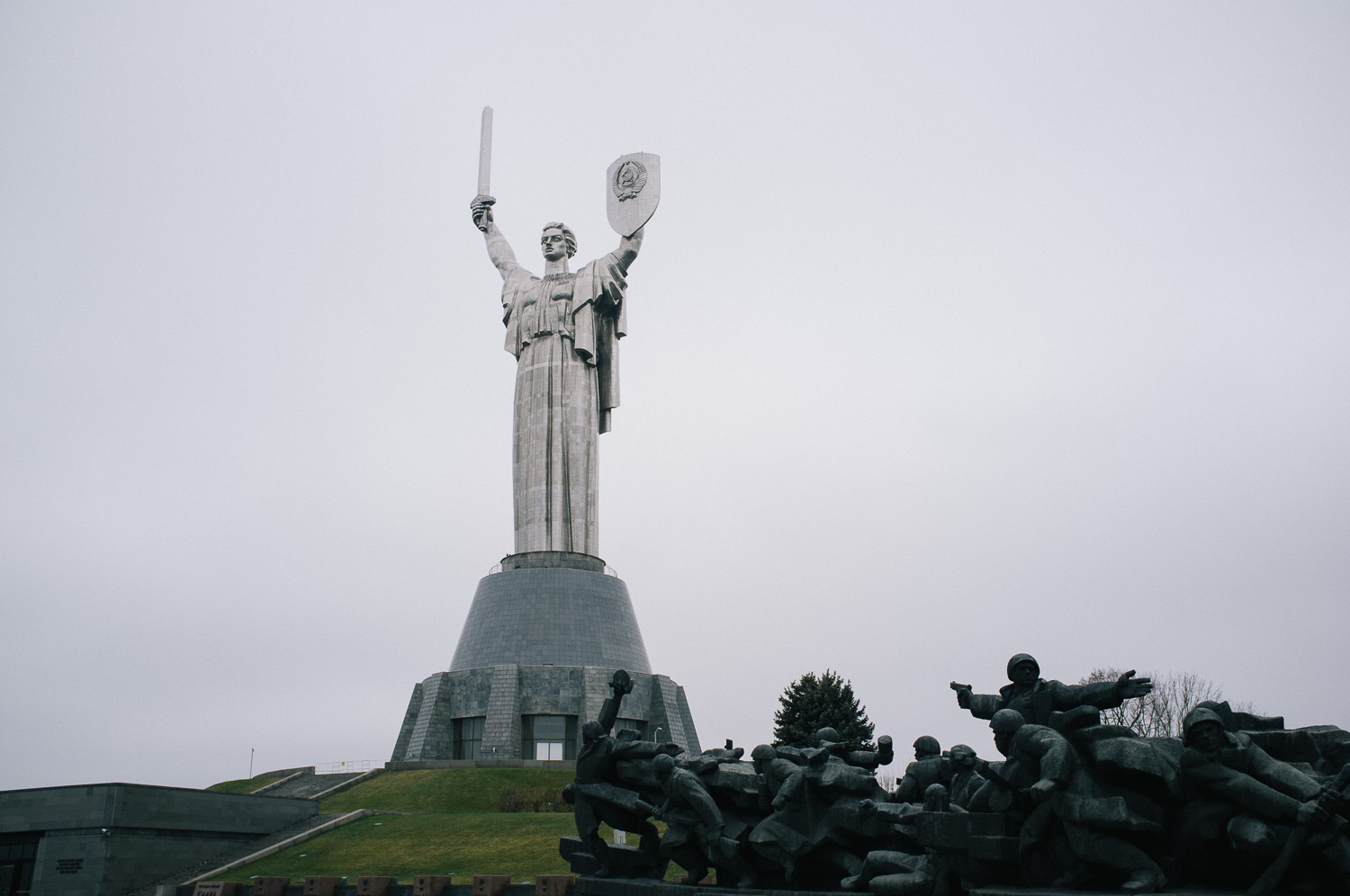 One business trip about a year ago to Kiev. In January. Thanks to global warming it was too warm and now snow but still unpleasant wet, cold and grey. There are places on earth you immediately like when you first step out of the airport. There are place that grow to you. And there are places that are just unpleasant and stay so. To me the Ukraine is such a place.

Of course there is lot’s of history and post-soviet left overs but there is a kind of sadness and hopelessness that’s depressing. When I first saw the Mother-Motherland Monument I was impressed by it’s size and the dimension of the place It’s much bigger than the Statue of Liberty and it is covered with titanium plates which will reflect the warm rays of light of the setting sun which is really beautiful but it is nothing but a giant war monument.

To give you an impression of the size. To two dots on the foot of it are two visitors. Here is a crop: Click to watch at pixel level. 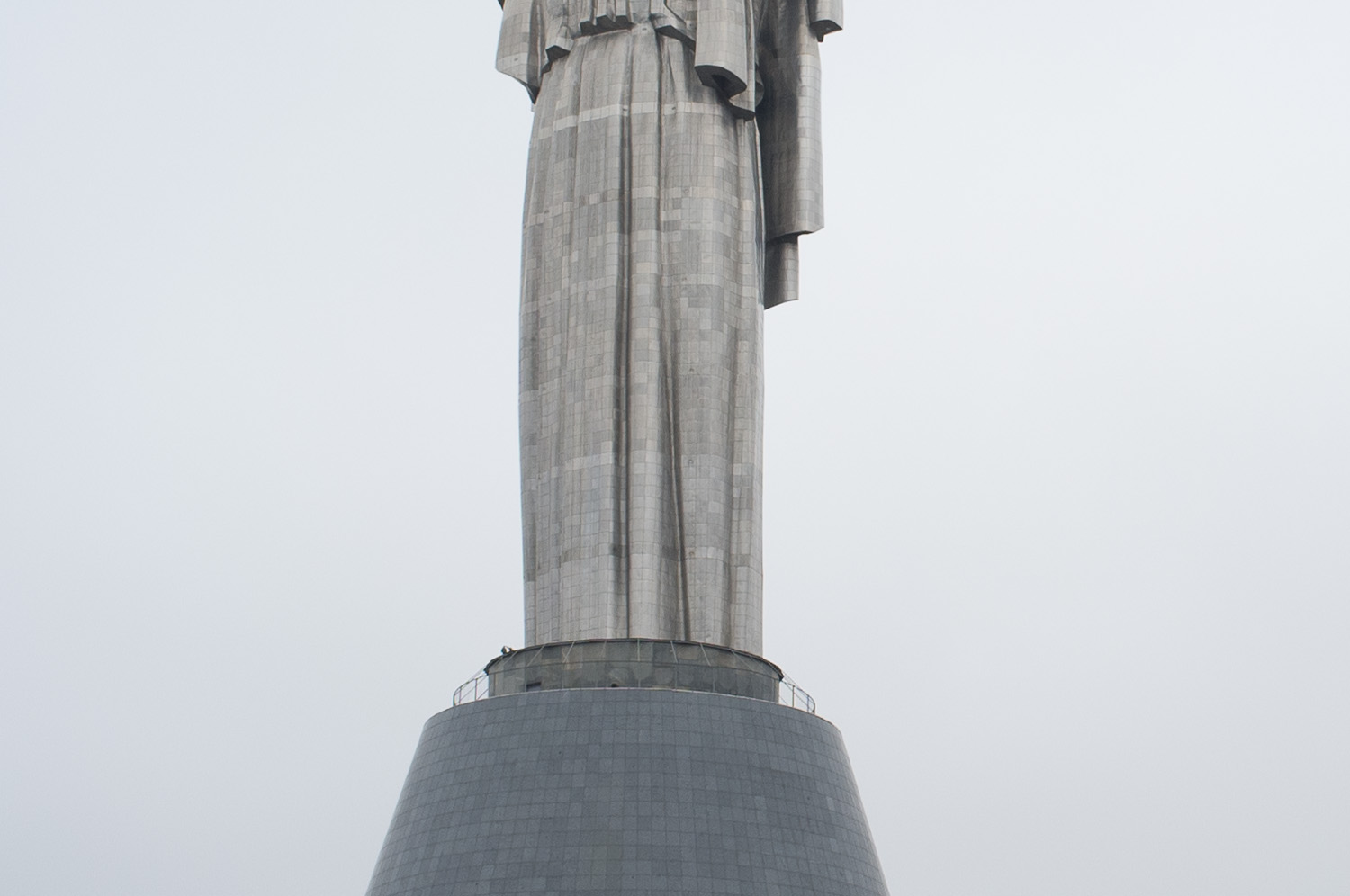 It is surrounded by lots of bigger than life statues of soldiers and an open air museum with tanks and planes from WW II. It was meant to be a place to celebrate the heroes and victims of the war but it is just depressing. It shows one of the biggest problems of the Ukraine: I lot of people are still living in the past. 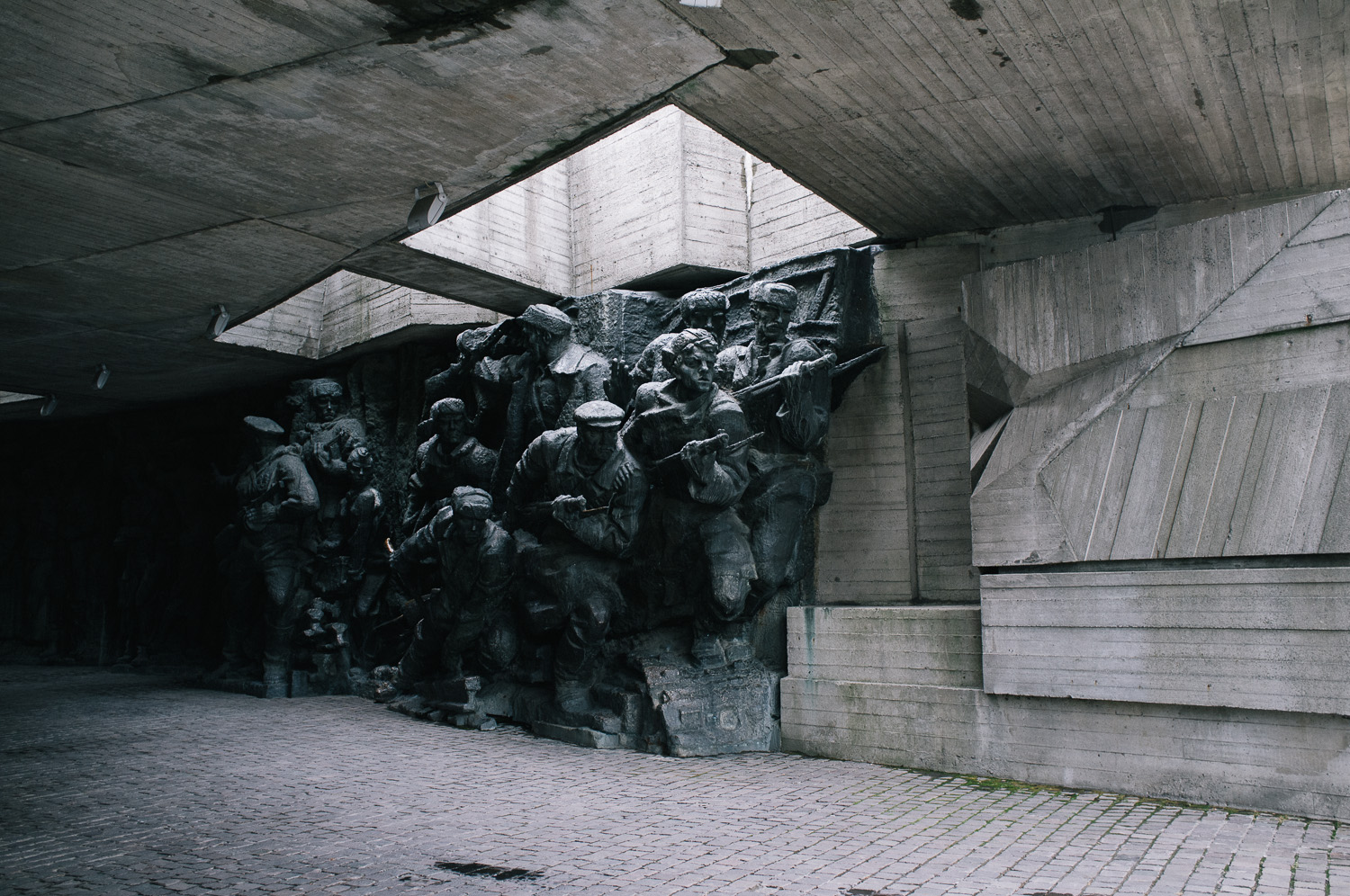 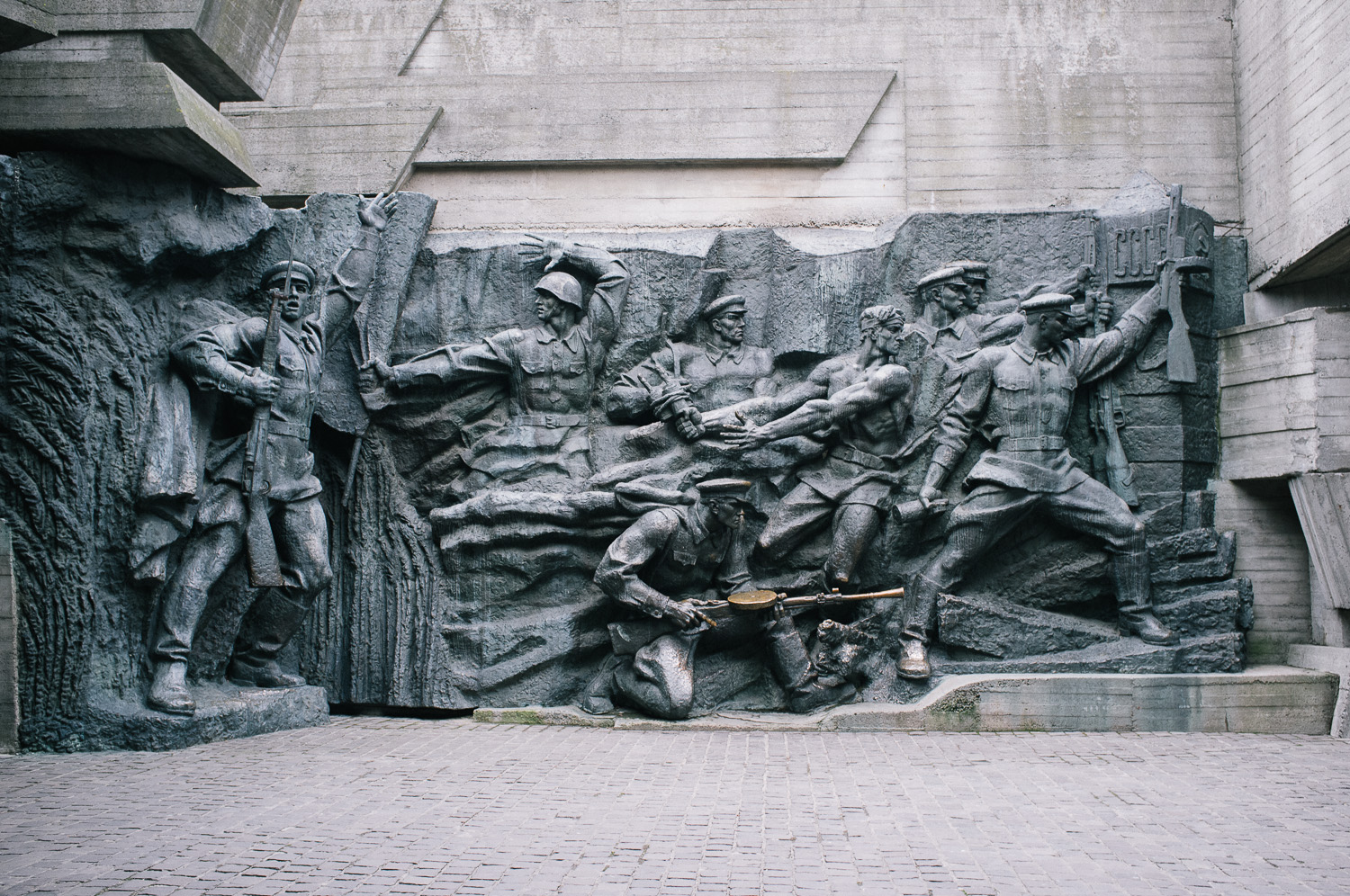