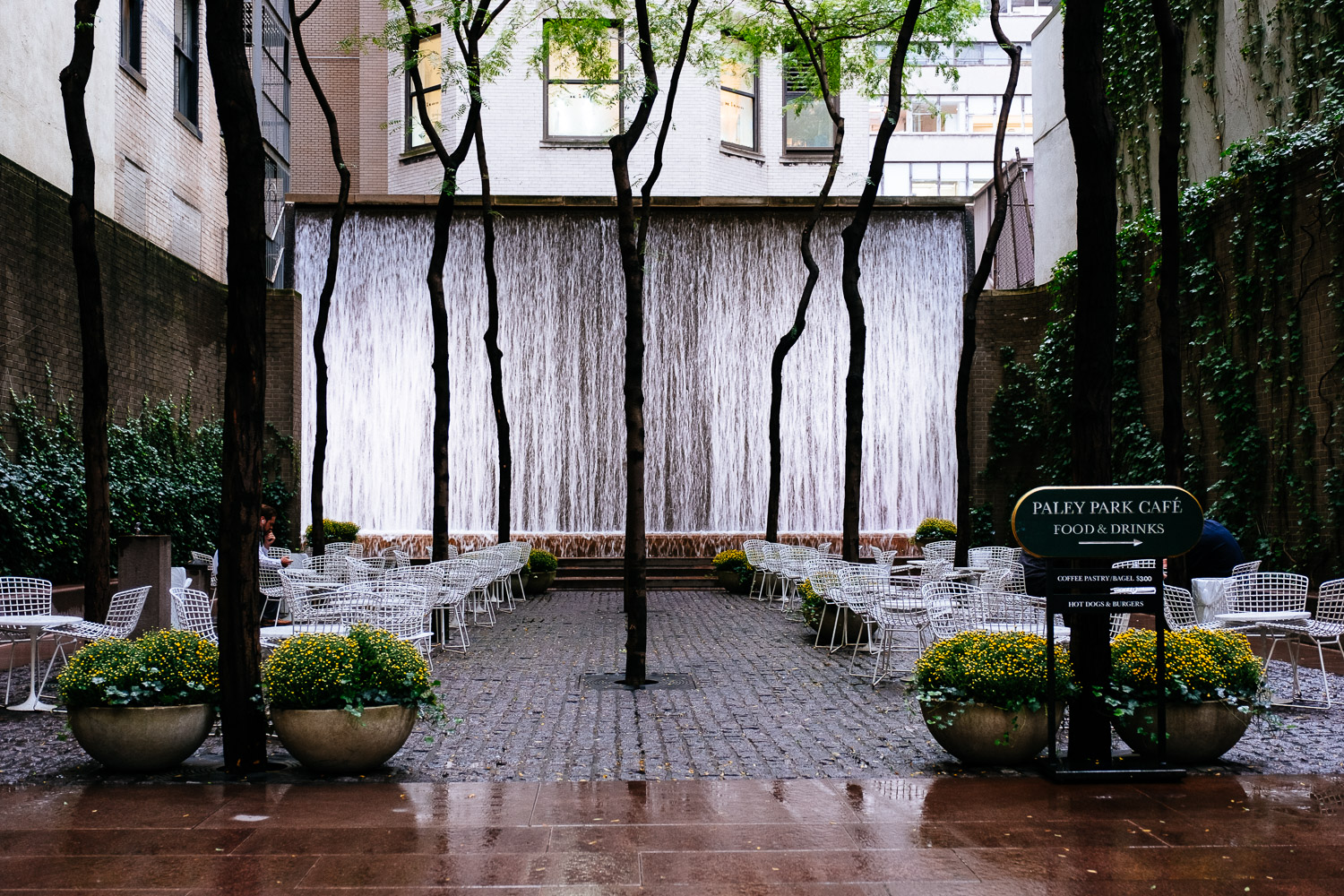 Out on the streets again I recognised how cold it was. We went to a big UNIQLO store where I get a neck warmer.

But before that we visited the big Apple store on 5th avenue to get the new iPhone 11Pro. Not for me. I just bought the iPhone Xs a year ago in Santa Barbara. This time I got the assignment to bring a new iPhone 11Pro back home for a good friend. So I decided that THE apple store was the perfect place. 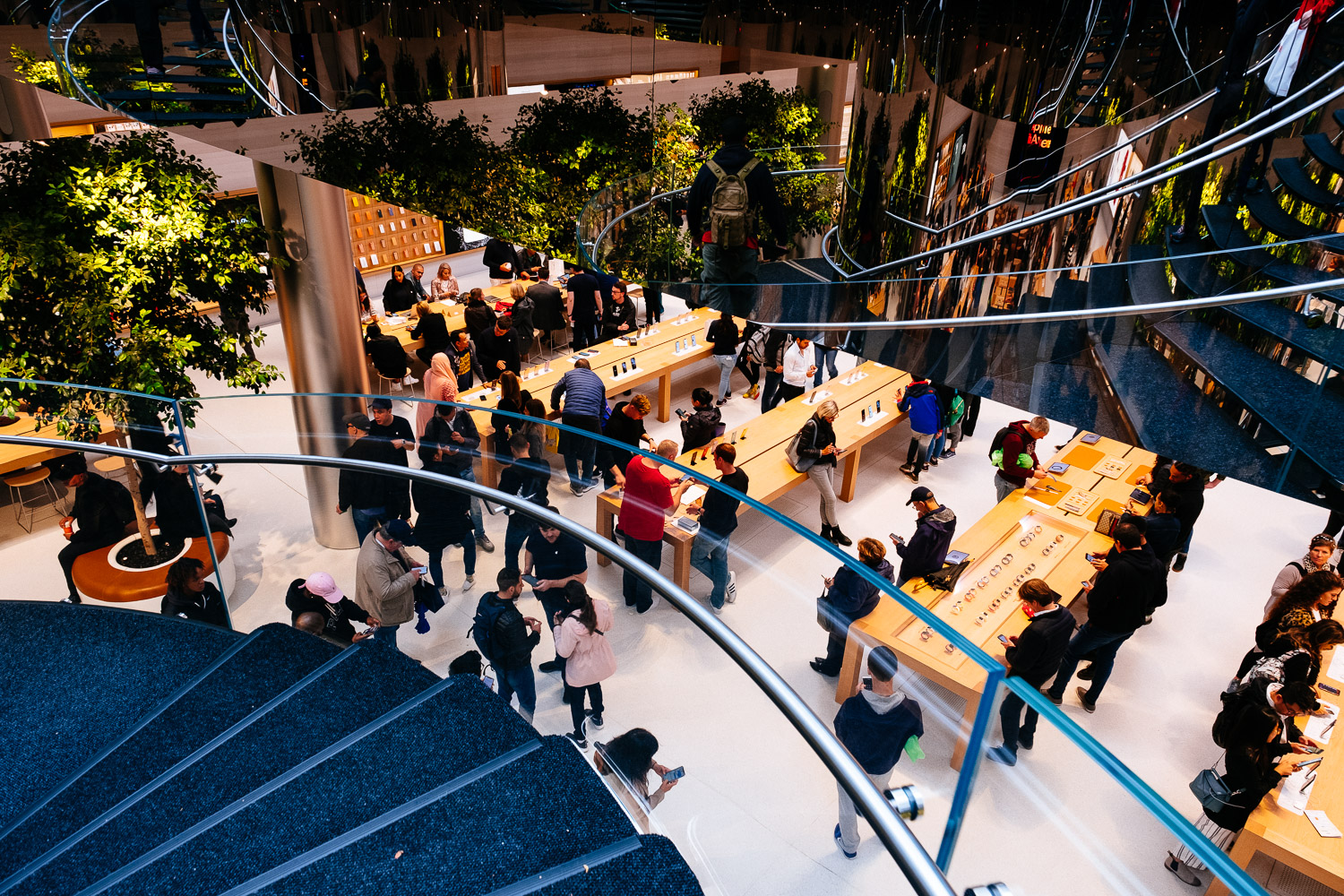 The place is impressive and huge but when I wanted to buy the new iPhone11 Pro the sales clerk asked me to wait in line outside. There was no line outside when we went in and it was raining. I’m not going to wait in the rain just because Apple is obsessed with lines in front of their shops. I will try my luck at the Apple store in the Grand Central. At least there you have a roof over your head if the make you wait outside of their store. I love  their products but Apple is “strange as fuck”.

Those are the new places of worship: Apple Stores. 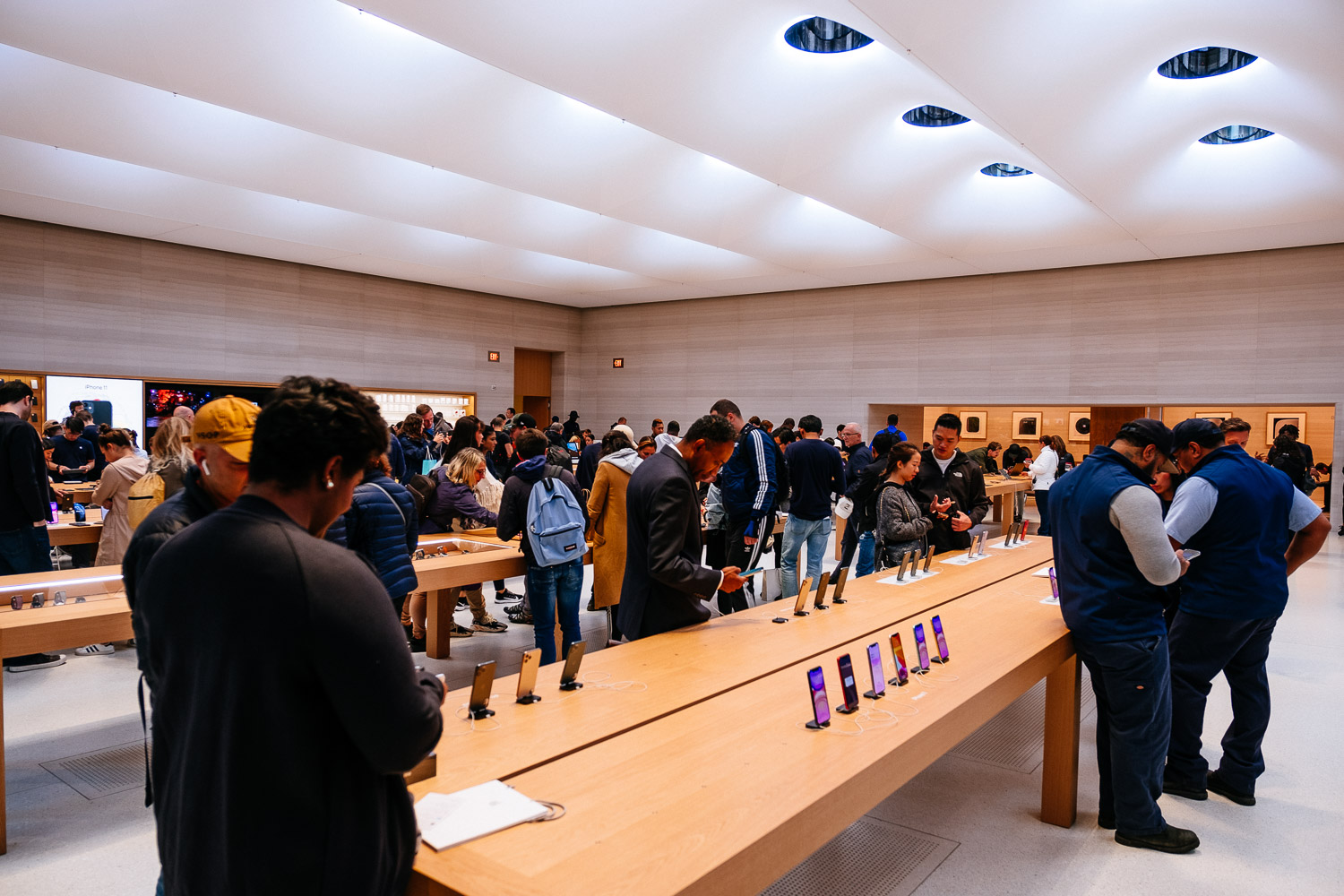 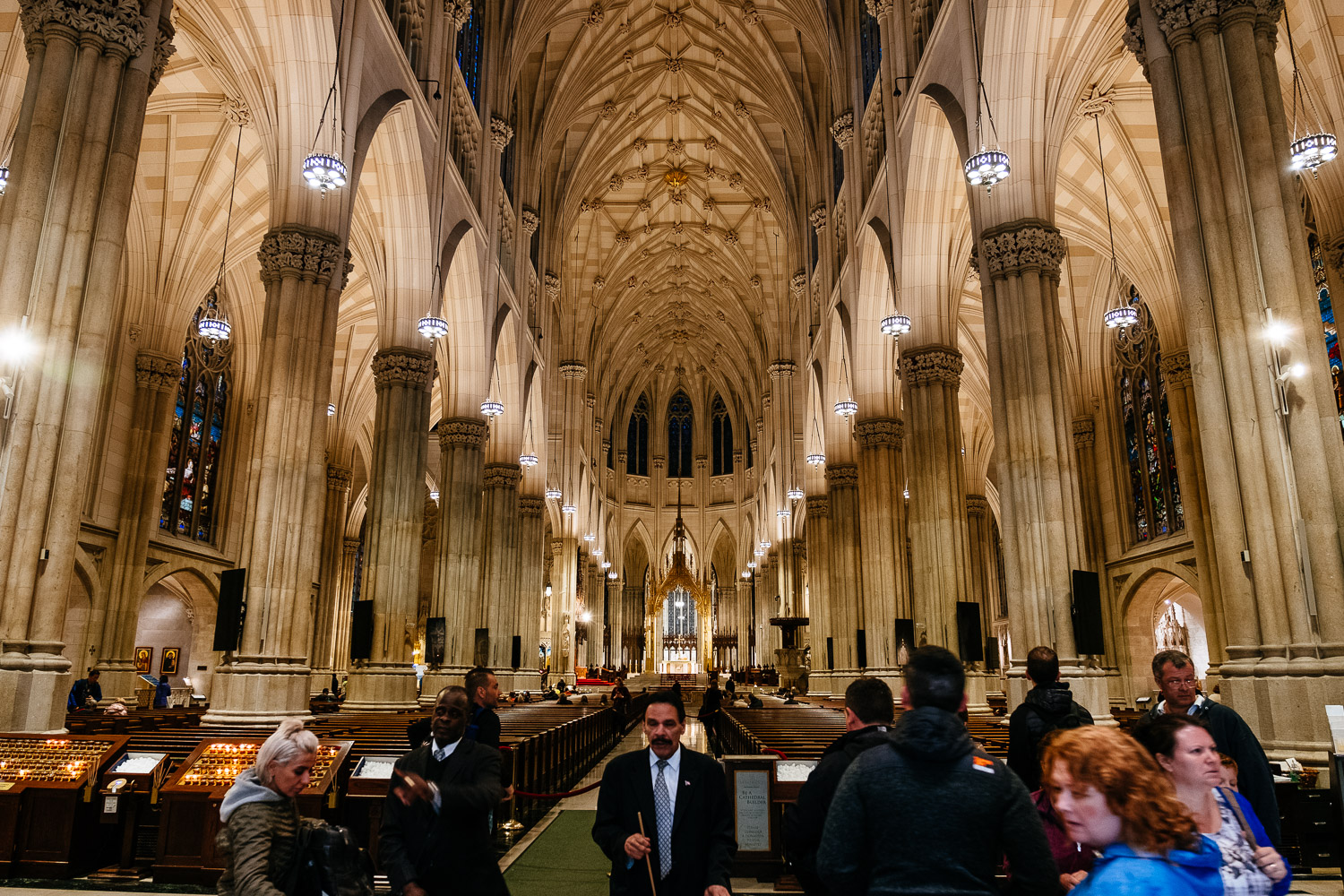 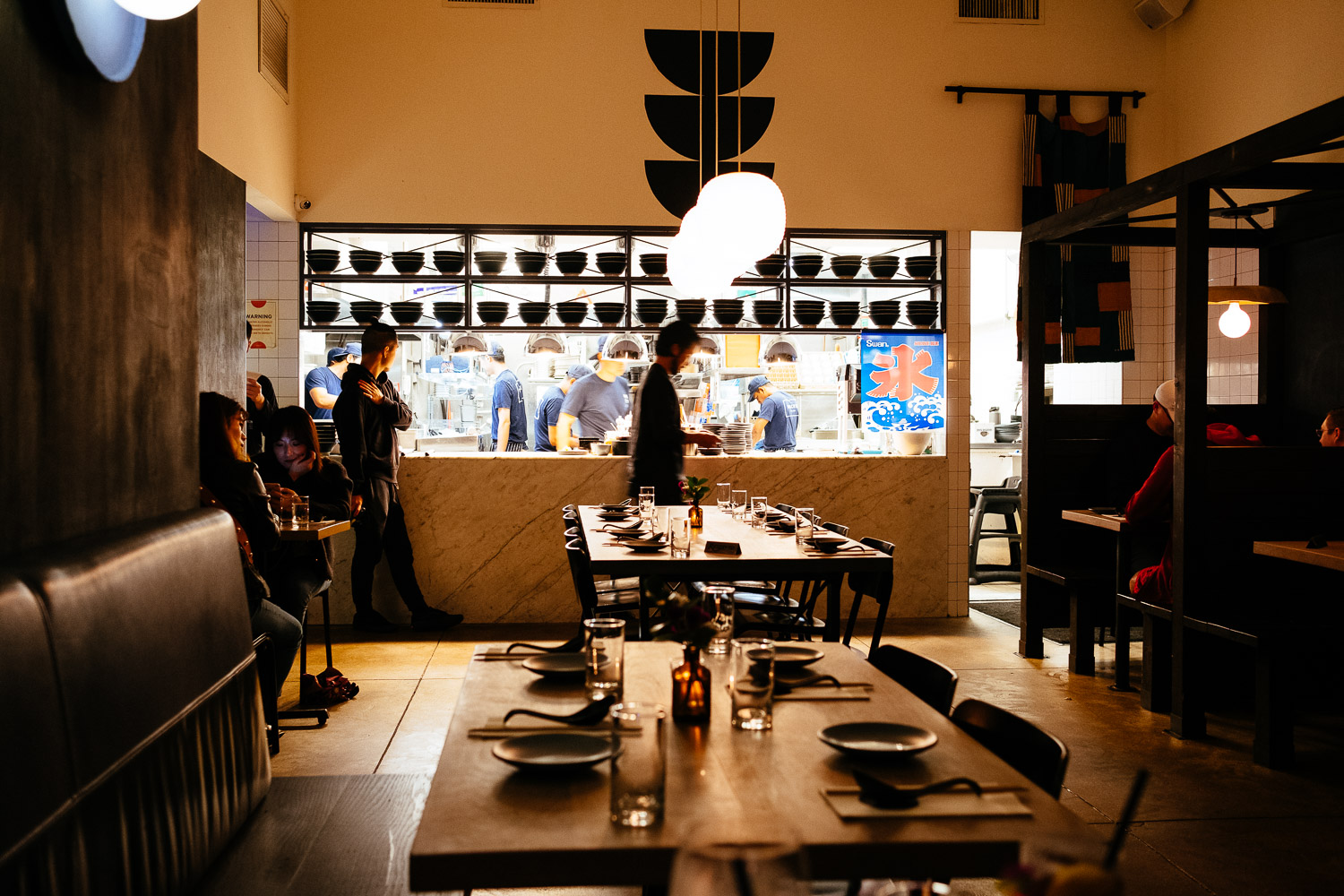 After the Apple store another cathedral before we went back to the hotel for a short rest. I used my iPhone to check for nearby places to eat and found a Japanese restaurant just opposite of our hotel that was about to open.

We went down and got a table. Later we realised how lucky we were. Minutes later every table was occupied and a line of customers were waiting at the counter. The guys at the next table came all the way from New Jersey just to eat here. The were amazed when I told them that I just found the place minutes ago and that we went here because our hotel is next door. Apparently this restaurant is hip or whatever term is used today for popular.

The Ramen was good but nothing special. This is cheap food in Japan that can be had for a couple of dollars. I remember that my business partner once invited me to a super tiny Ramen restaurant in Osaka for lunch. In the evening we had dinner in a sushi restaurant where we had our own sushi chef but we had a lot to discuss during the day and the Ramen restaurant was just next door.

The restaurant was really tiny. We sat on a narrow bar and I had to pull in my belly to move closer to my bowl of soup to allow other guest to pass. It was a great experience. Originally he was kind of embarrassed to offer this for lunch but was happy to see that I loved it. There is no way that a tourist would even find this place or to order food if he would. 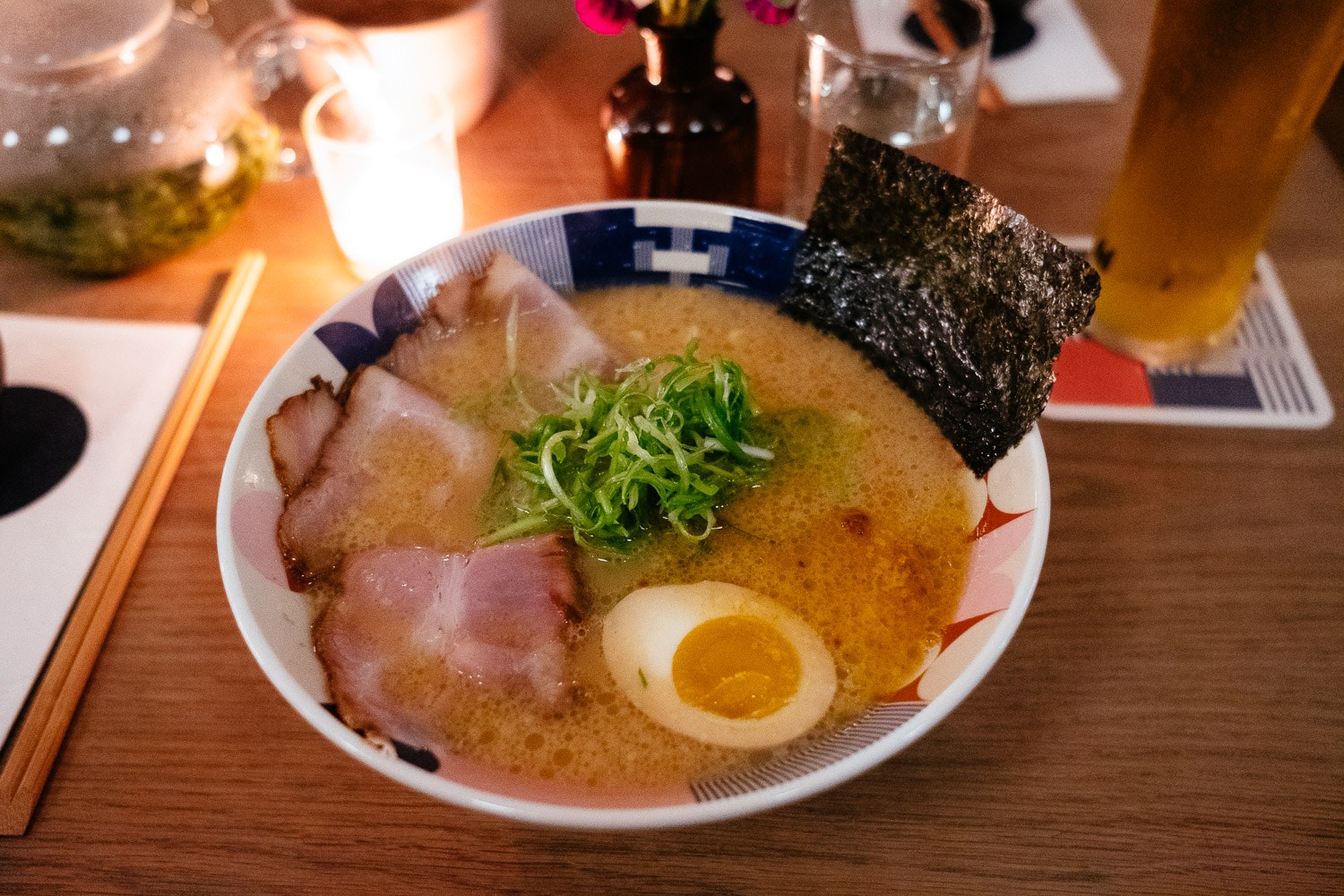 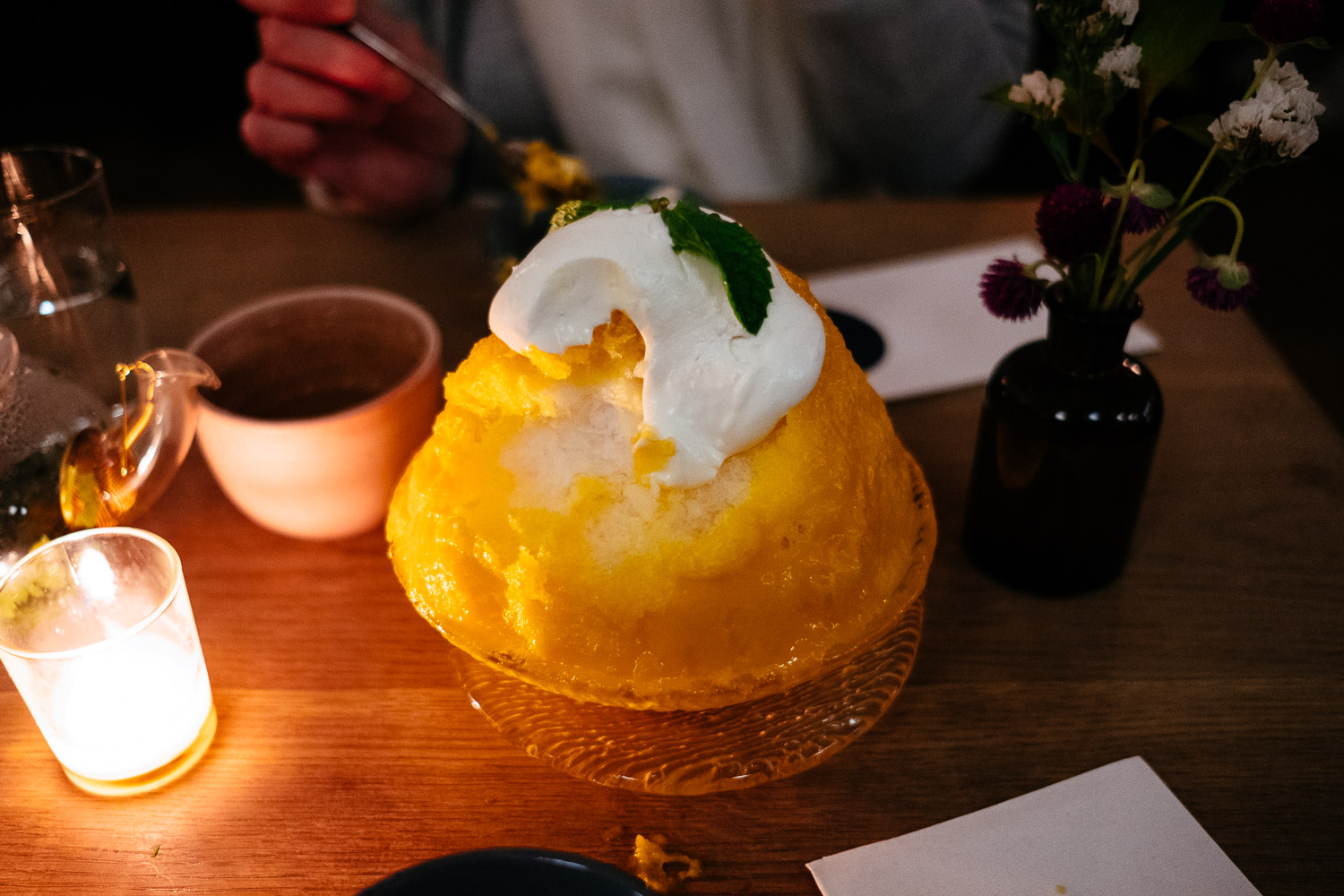 After the soup we shared a massive portion of scrapped ice with mango which was really nice. The whole restaurant was very nice. Busy and cosy at the same time. And n o need to pull in my belly to let other guest pass. The music was a perfect fit too. A little bit of Japan in the middle of Manhattan. All things considered the price was reasonable for a nice last evening even though I don’t think I could spend that much money on Ramen in Tokyo. Maybe at the Park Hyatt but I doubt it.

Anyway a great last evening that was unexpected and just pointed us at the location for our next trip.