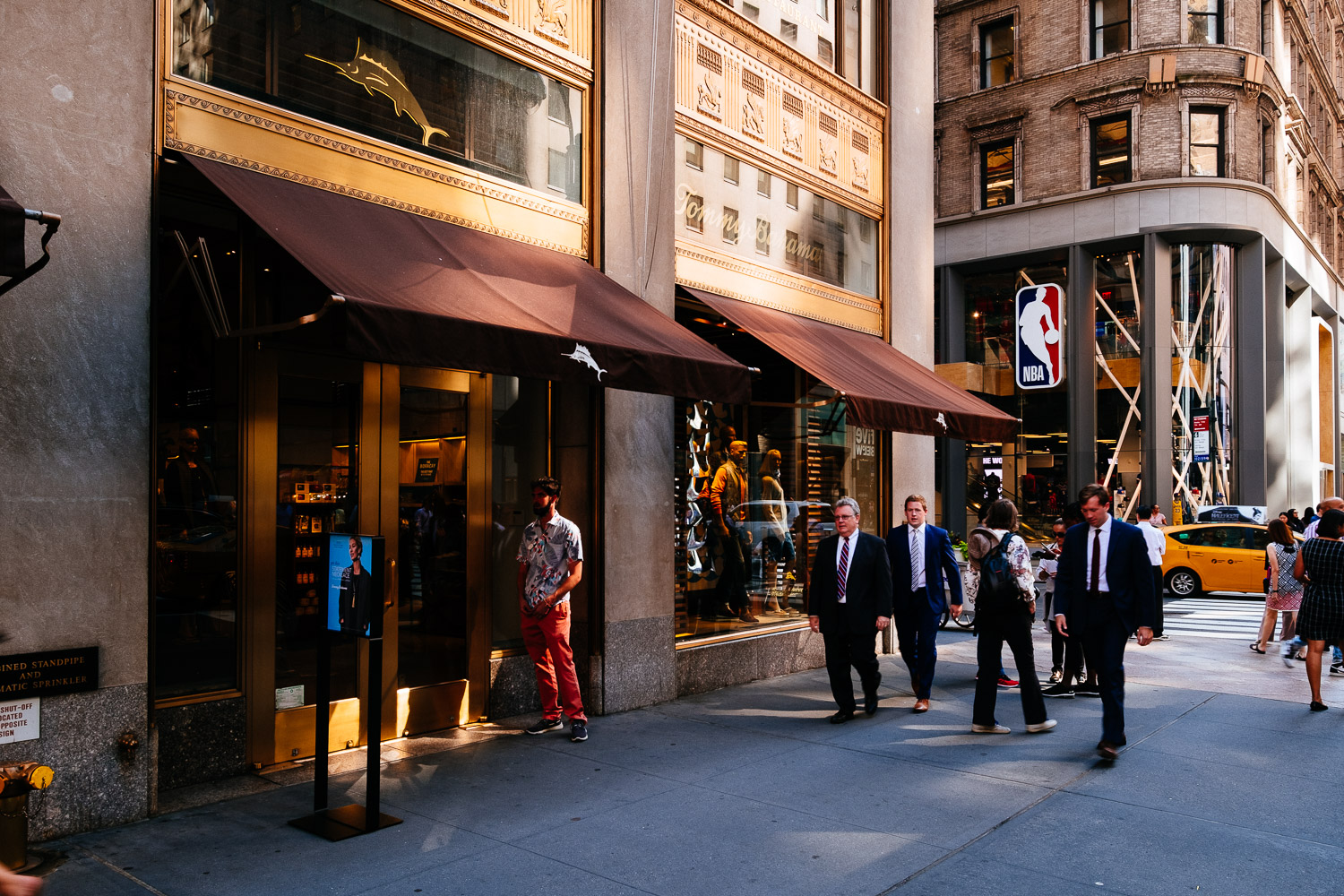 We continued our walk through New York on a hot and humid day. Soon this vacation will come to an end it’s hard not to think of that.

We love to travel. It’s just great to see new things. And while it was trip number seven to the United States it was the first trip to its East Side. New York is the last station before we fly back home. We already returned our rental car at the airport so we can use the public transport which is usually the more convenient option in a big city.

In New York I’m not so sure though. The subway simply is disgusting. When we passed by the NBC studios at Rockefeller Plaza 30 I had to think of the 30 Rock episode “The tuxedo begins”. Maybe I should adjust like Tina Fey to better blend in but I’m not ready to do that yet. 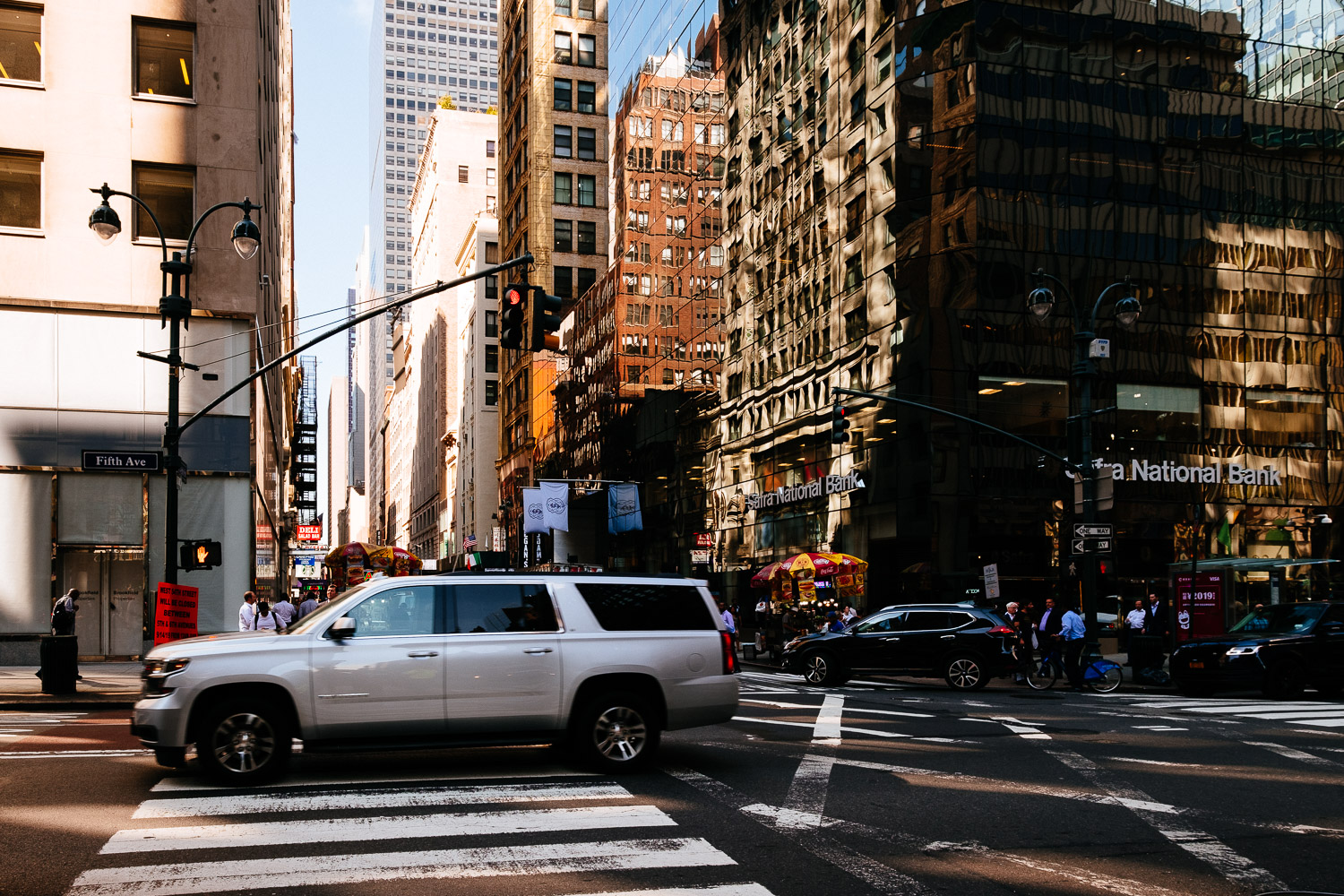 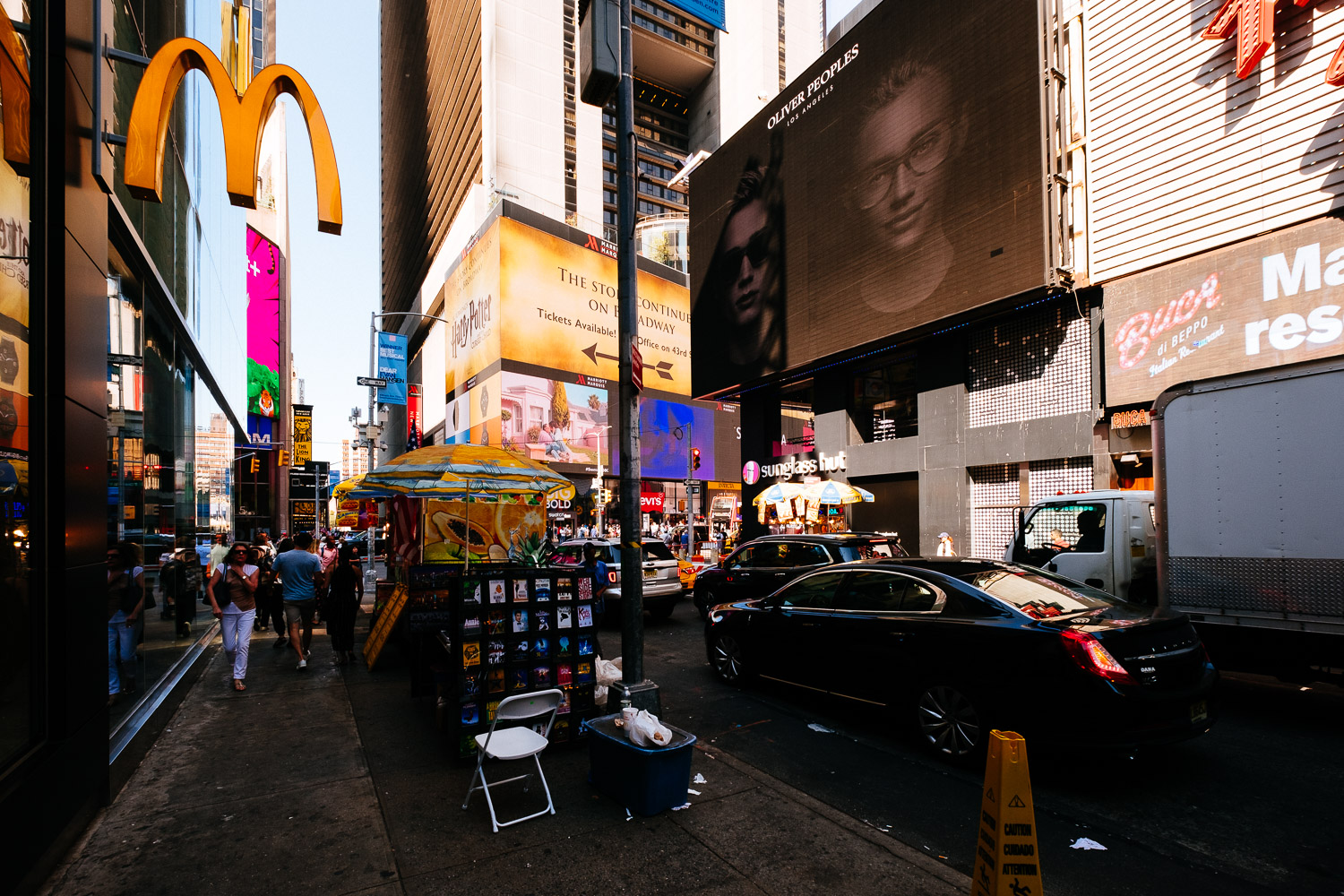 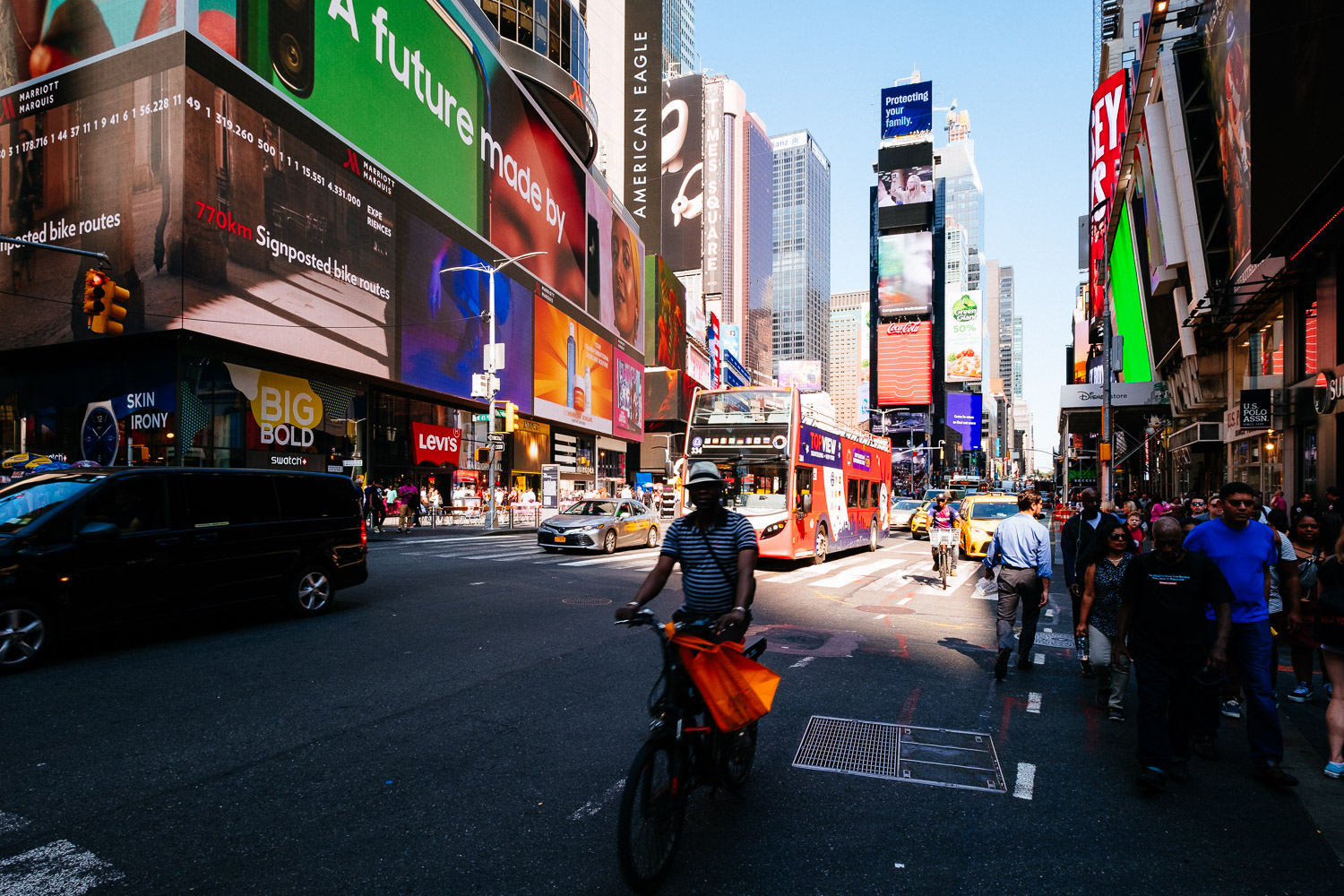 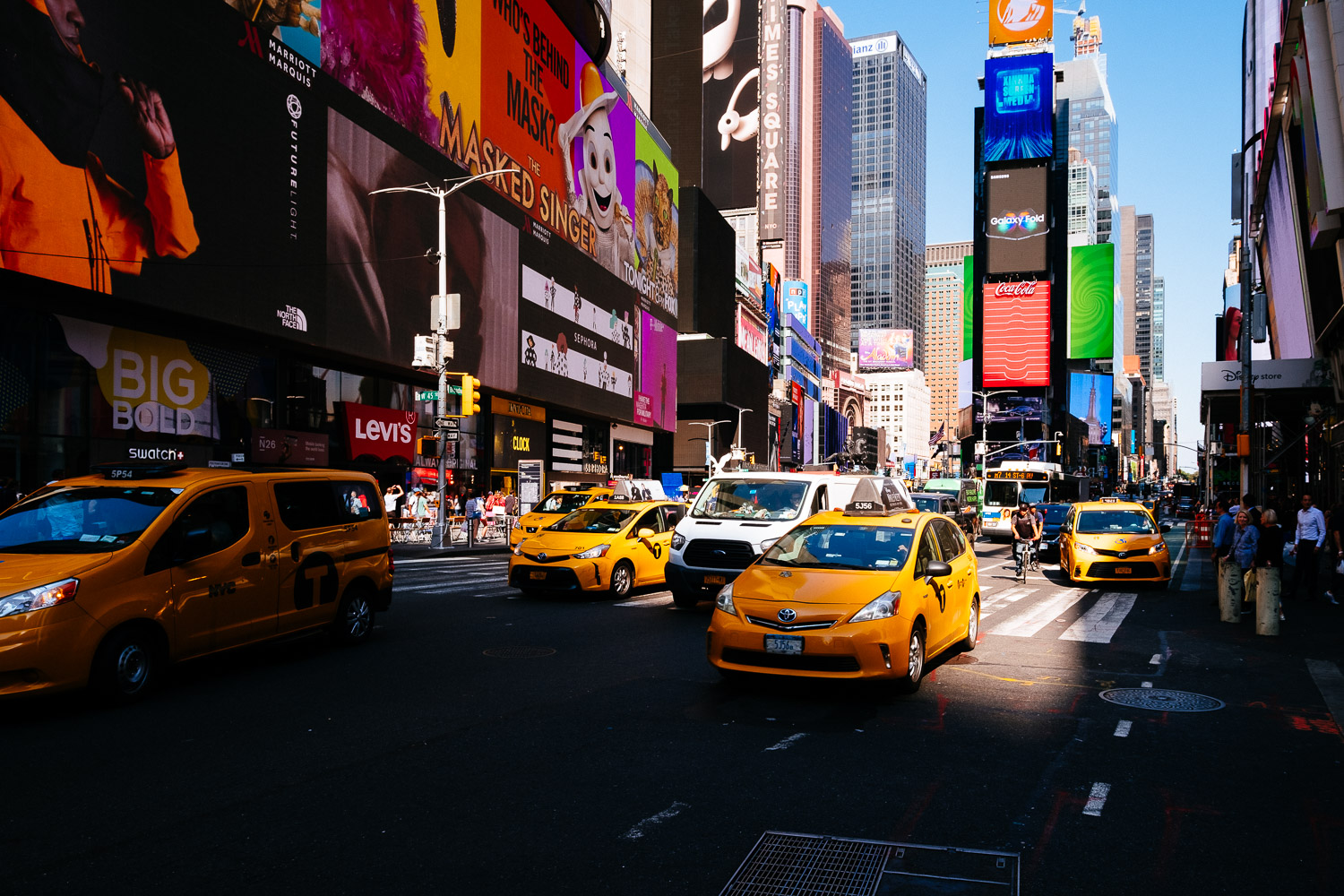 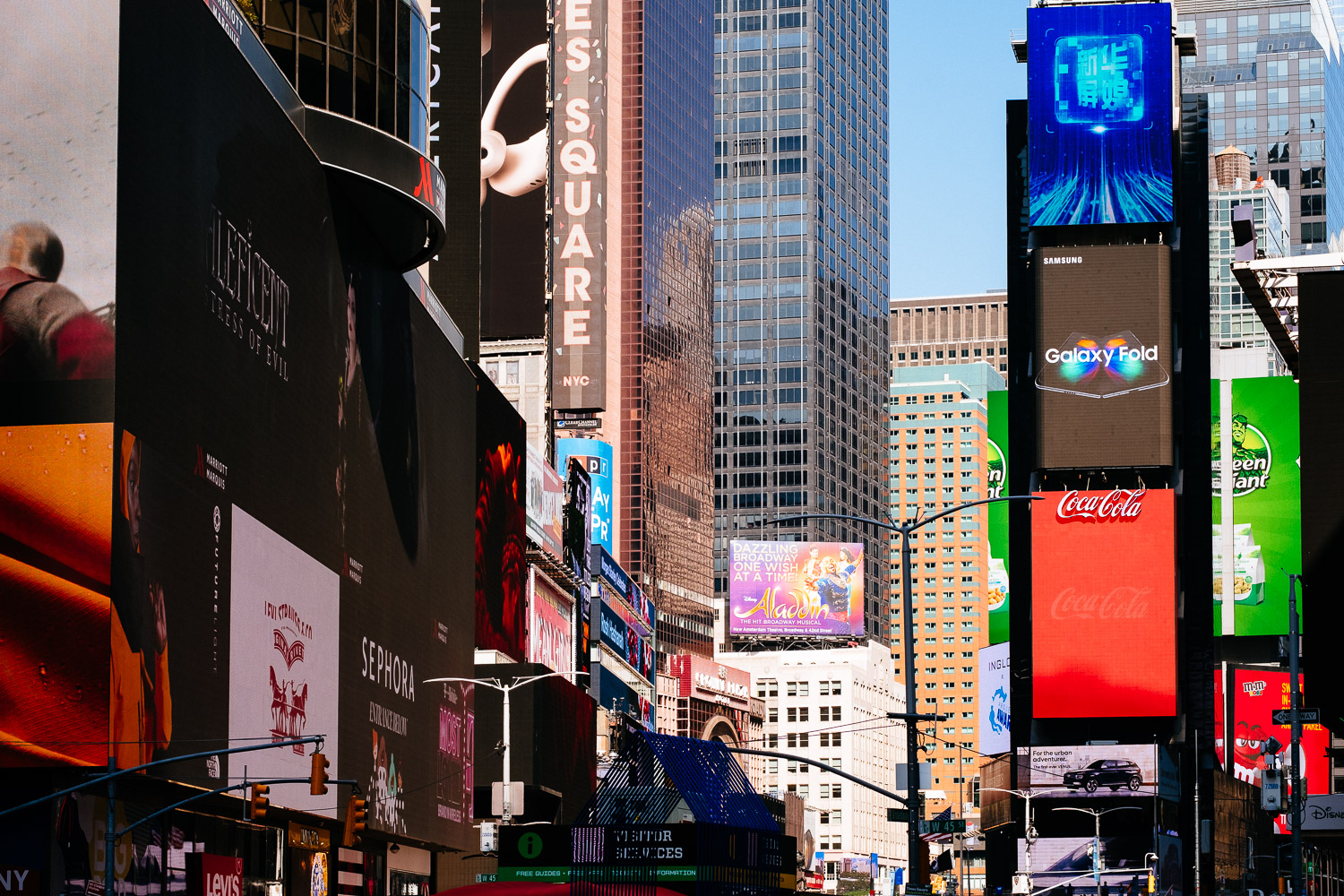 We finally made it to the famous Time Square. And what can I say. I don’t get it. It’s not even a square but just an intersection. Still I simply expected more and now I don’t know why. I have seen billboards and big LED screens before. It reminds me of the famous Shibuya pedestrian crossing. Only the constant rush of people makes it a special place but beside that there is nothing to see.

That’s a big difference to the Red Square in Moscow. First the Red Square is a real square and second it looks impressive even if there are hardly any people because it is freezing cold. Like on that evening in February in 2012 where I couldn’t stop to take pictures before my face was frozen.

On Times Square I took a couple of images simply because that is what you do as a tourist. You are there, you point your camera in every direction and push the knob. But it was not that I couldn’t stop to take pictures because I was so impressed. Big difference. There are much more impressive sights in New York on almost every corner. At the end New York is a very attractive and photogenic city but Times Square leaves a lot of visitors wondering what they are supposed to see here. 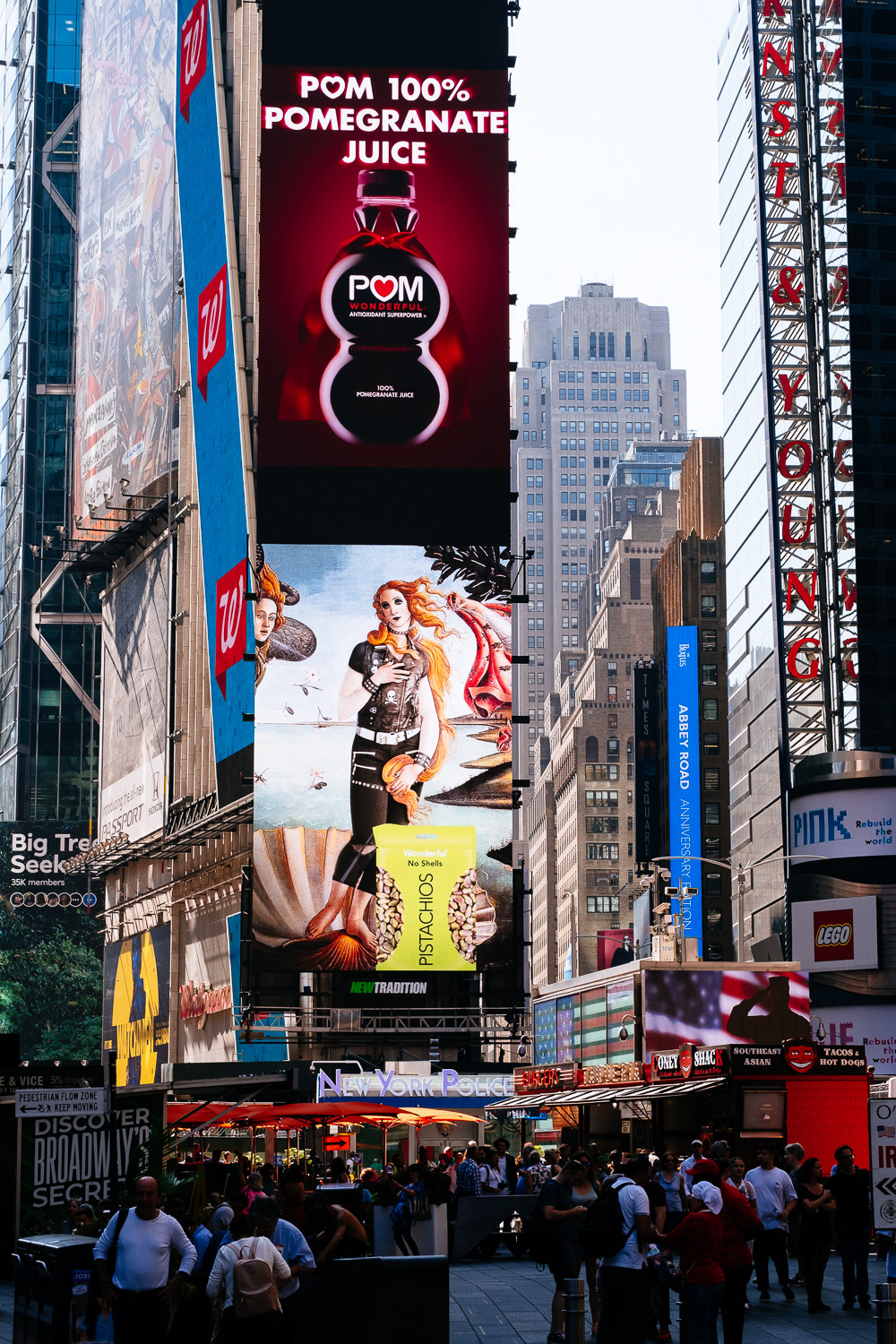 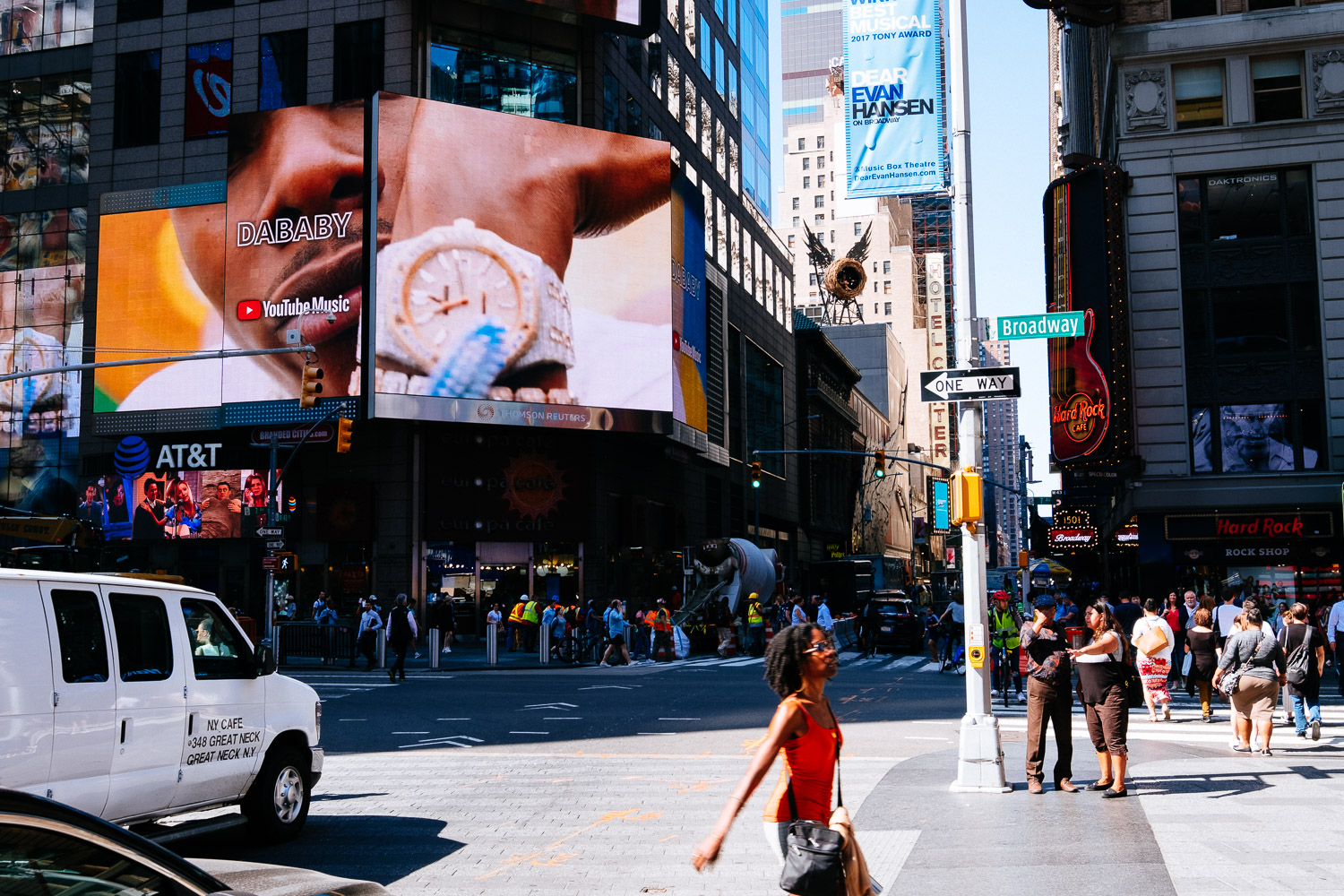 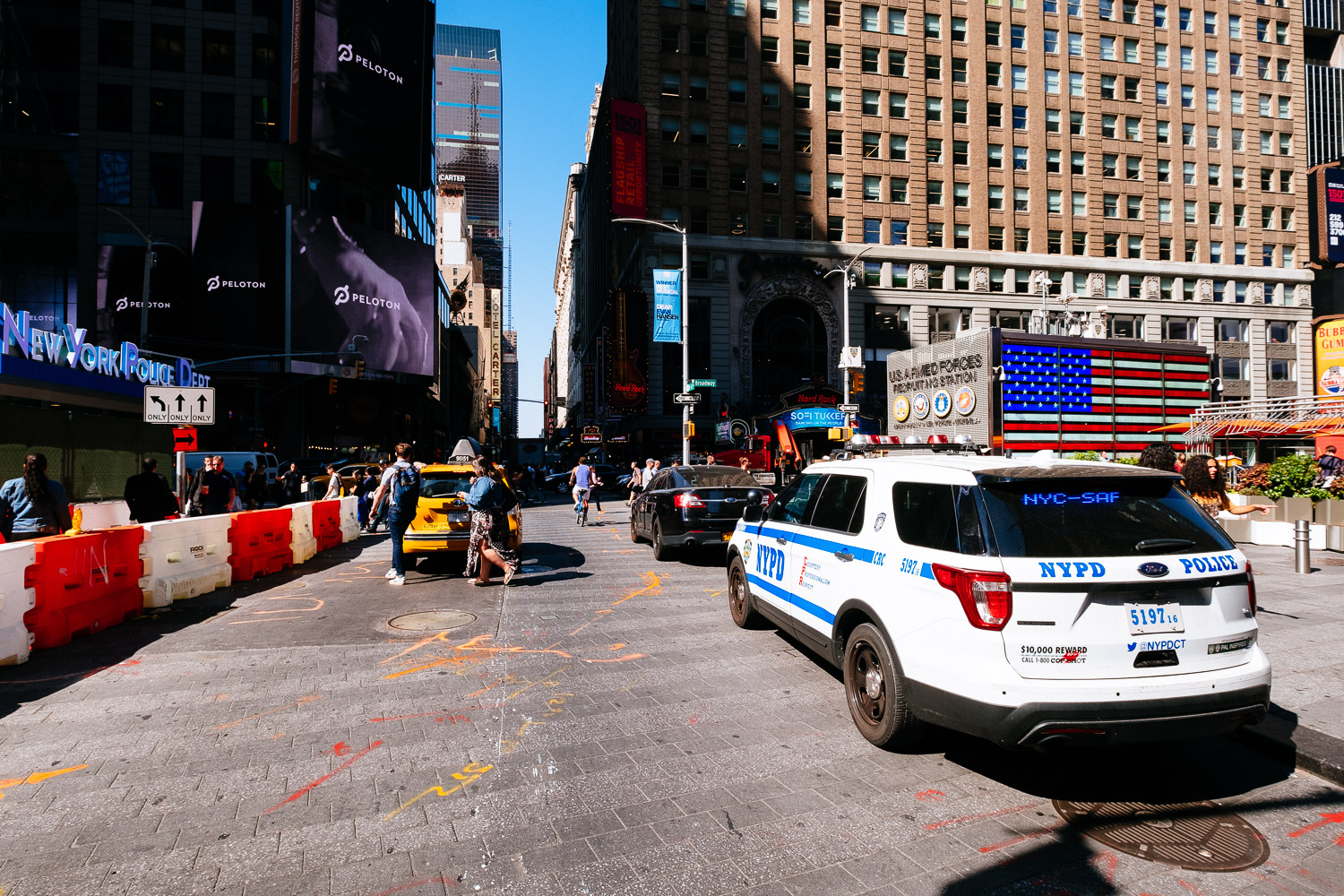 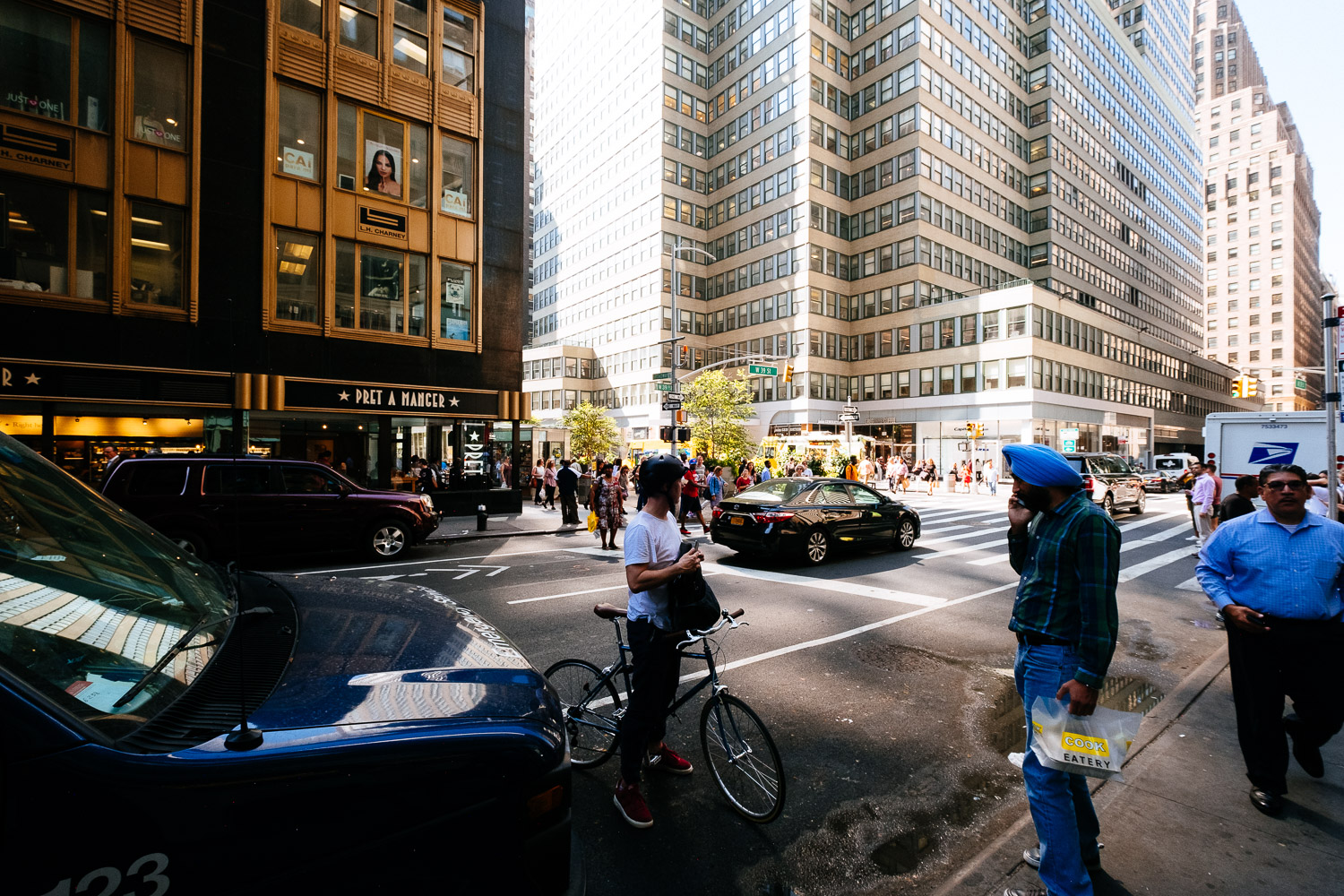 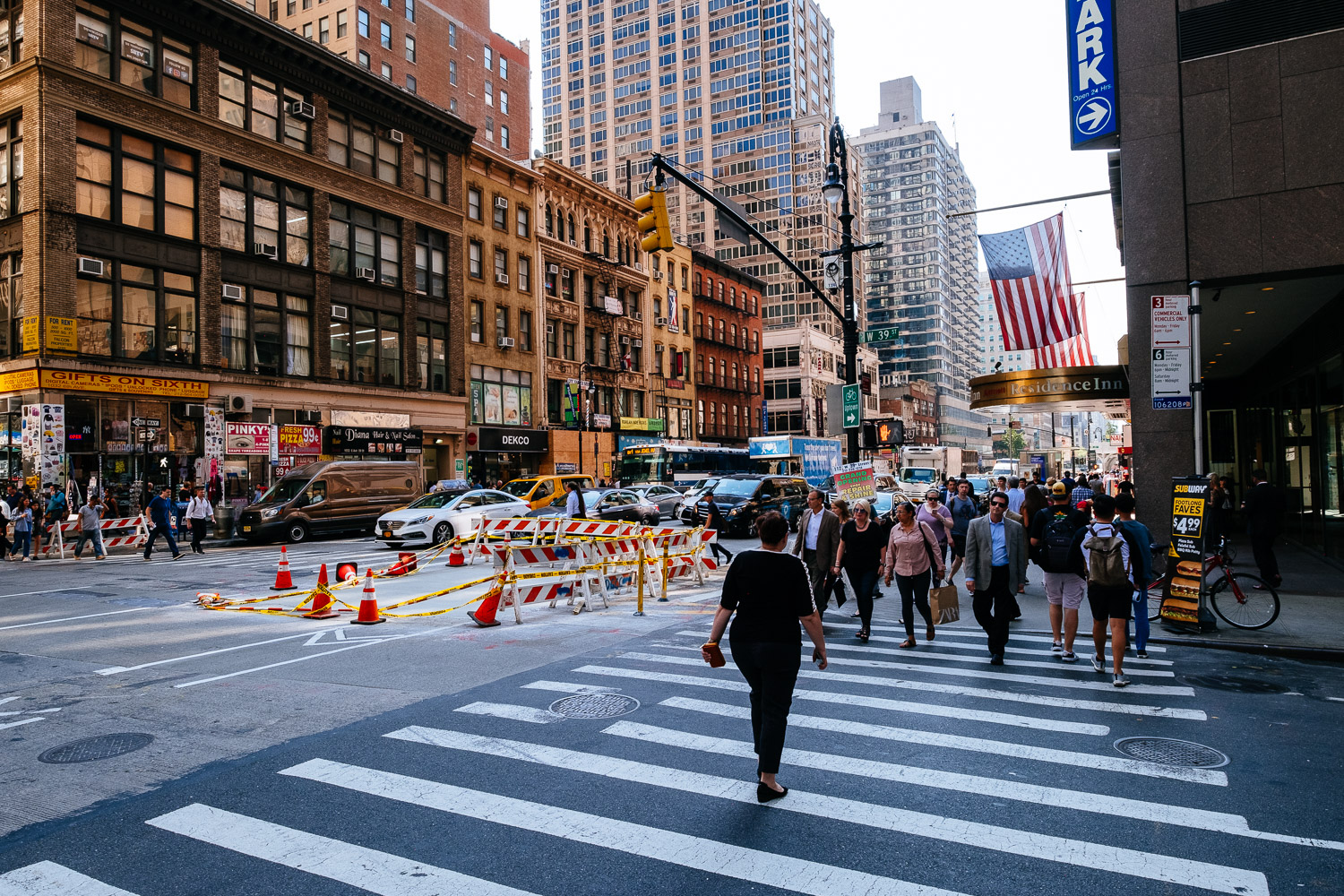 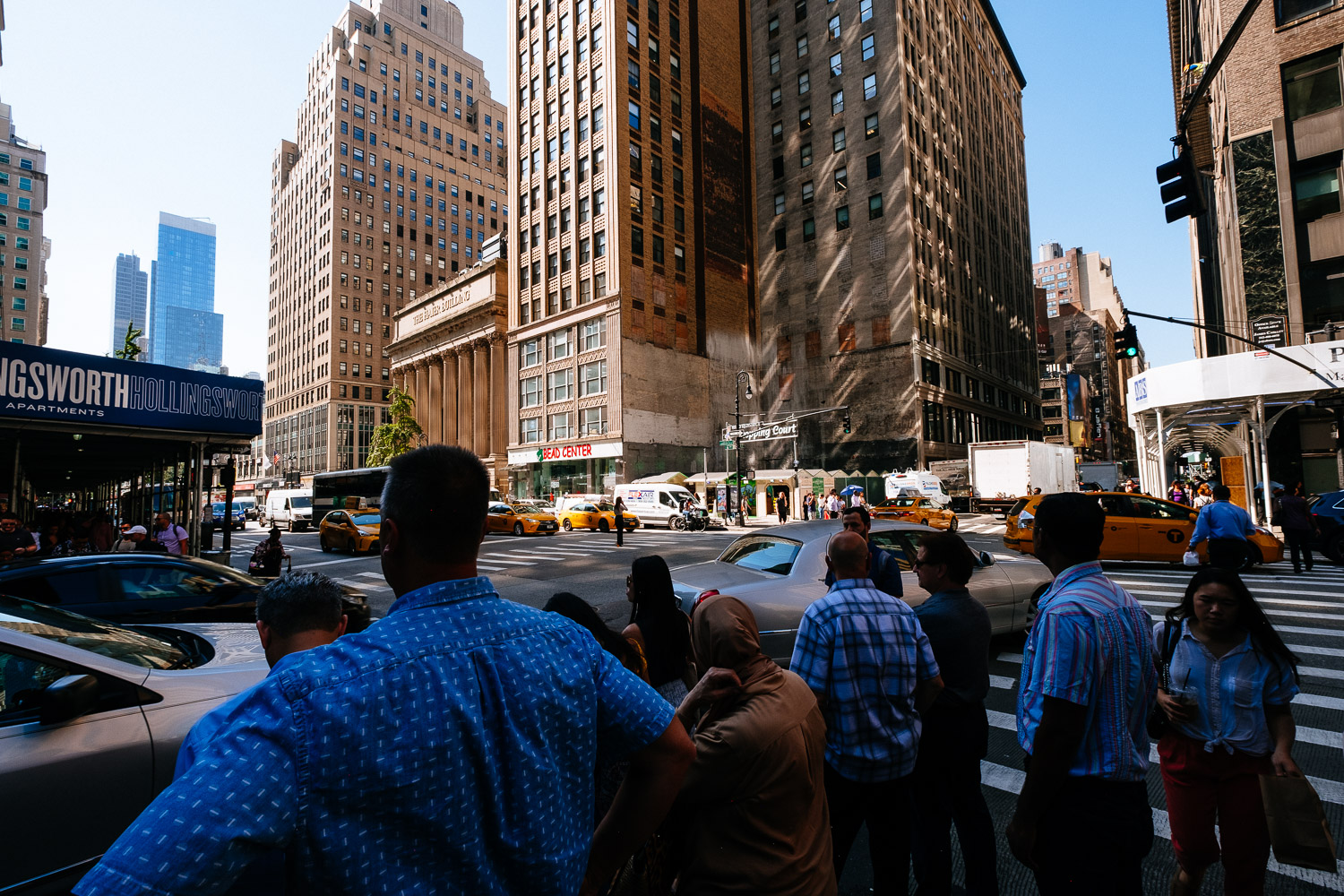 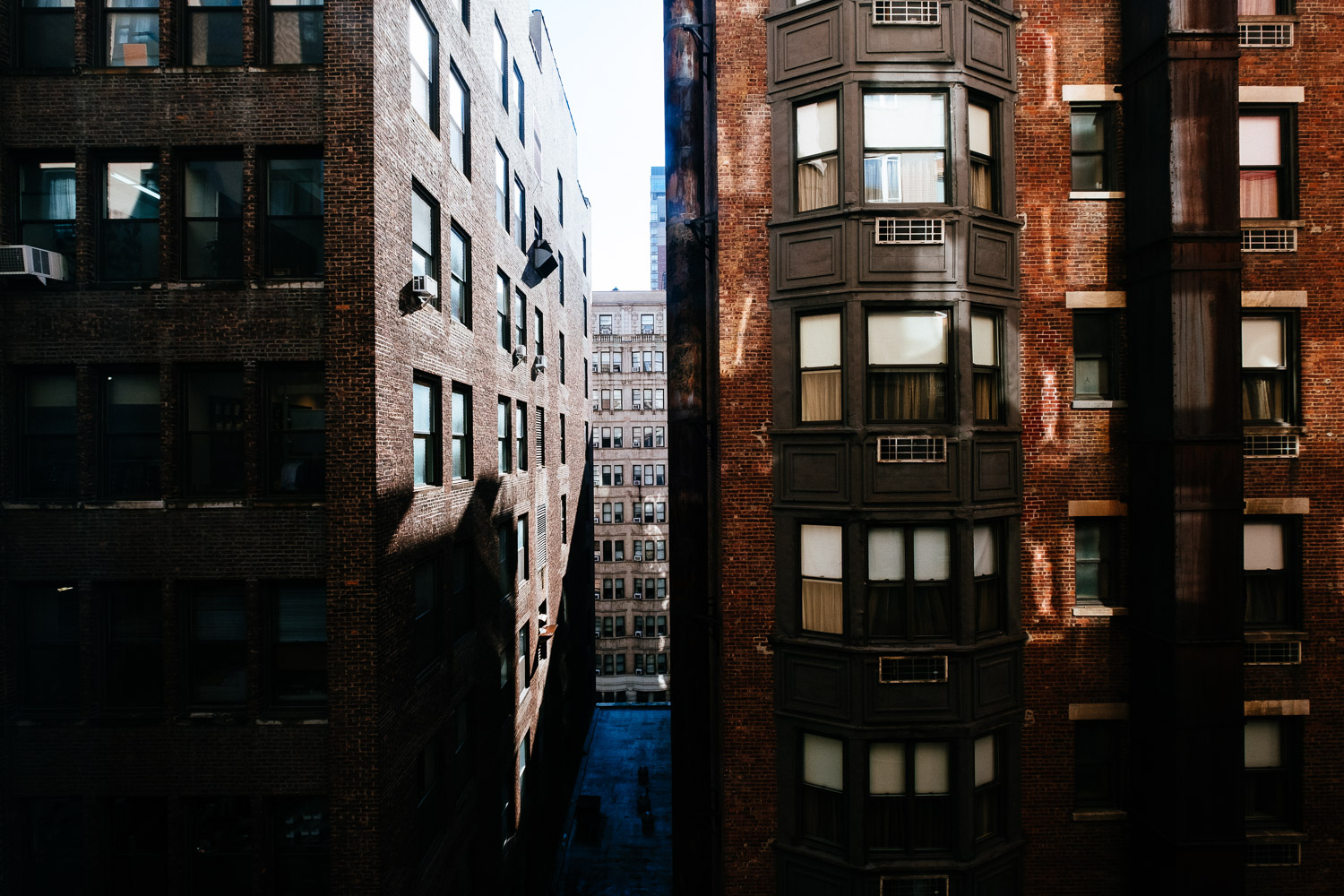 After Times Square we walked back to our hotel room for a short rest. That’s the advantage if you have a hotel room right in the centre of Manhattan. Most of the time you are just a few blocks away from your hotel where you can relax or simply enjoy the view as shown in the picture above. 😉

I guess there are better views to be had but they come with a price. The room size is also something else here but we chose it because it was still one of the bigger rooms we found  on booking.com. With all our luggage for a three week trip it felt very cramped of course.So we headed out again.

A walk through China town and Little Italy before I finally visited BH Photo. Which honestly was a disappointment. Maybe I simply expected too much or maybe, more likely, I got spoiled by Yodobashi camera. It’s not even close. Yodobashi camera is on a different planet. And I’m only talking about the photography section of Yodobashi camera here. After a couple of minutes we left even though it was raining outside. On the way out I recognised that I didn’t take a single picture. So I turned around, walked to the camera floor again and took two pictures. In short: When you are close and you don’t have a real camera store in the area where you live it makes sense to walk in and take a good look around. But if you lucky enough to live in an area that still has camera stores I recommend to do something else. 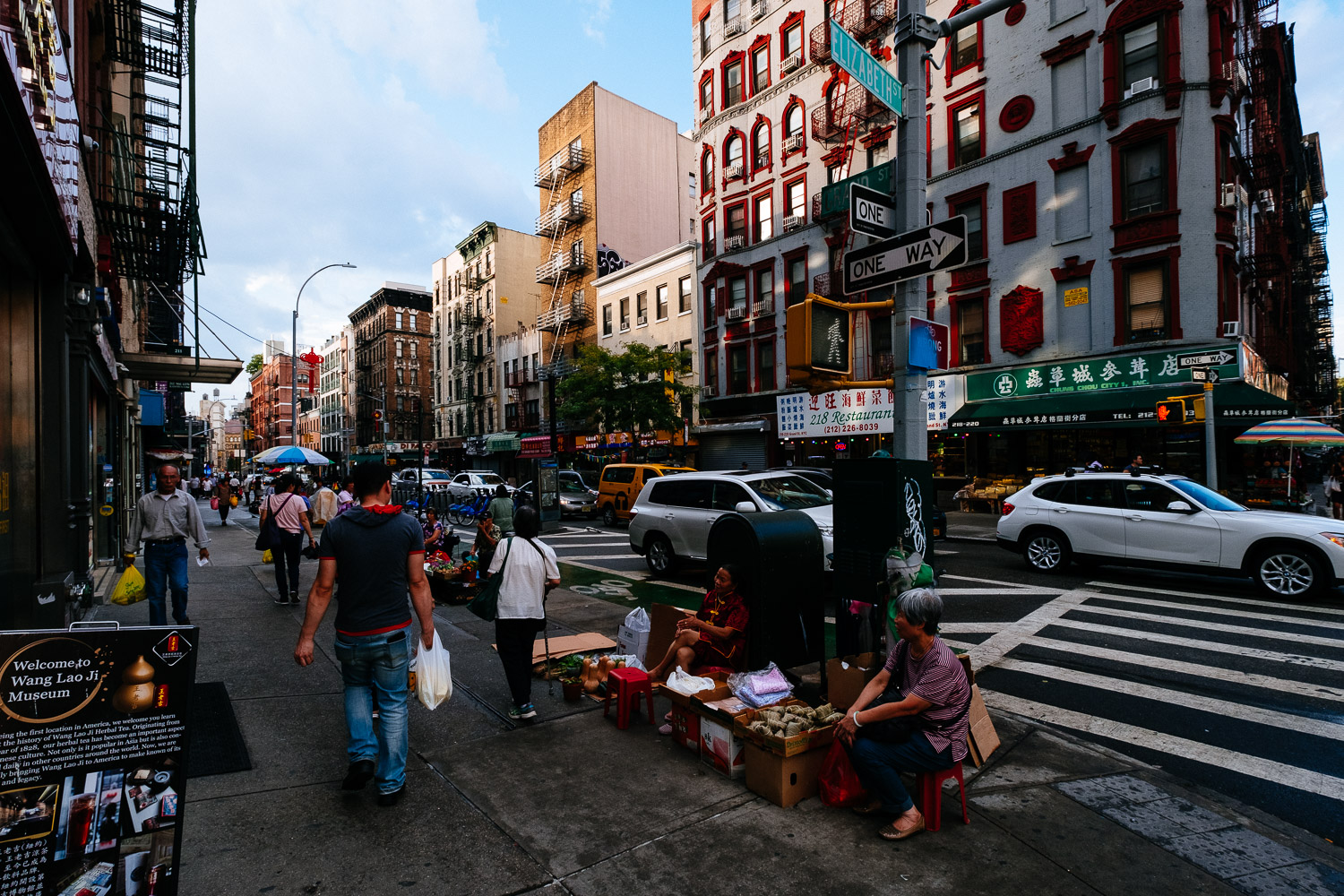 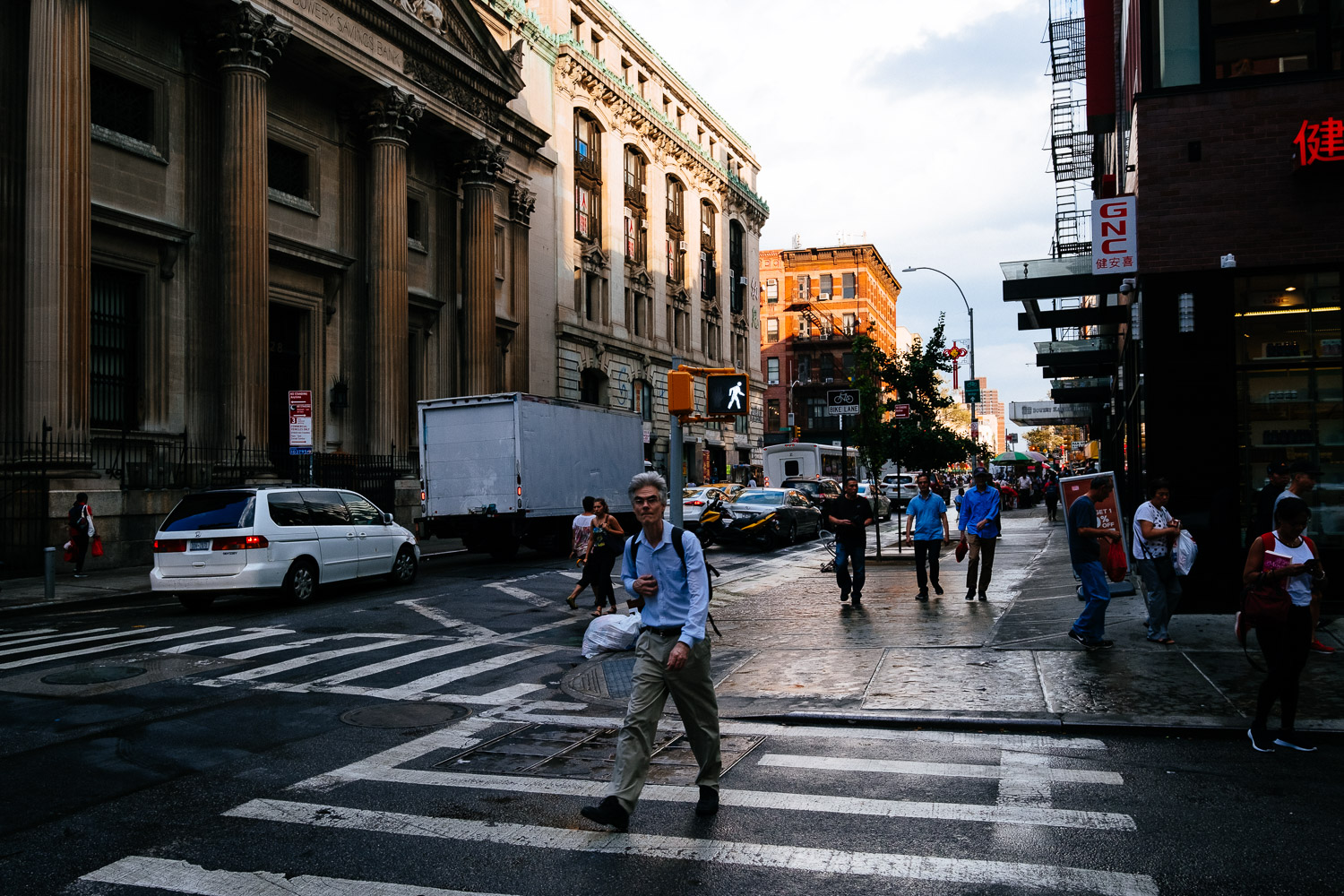 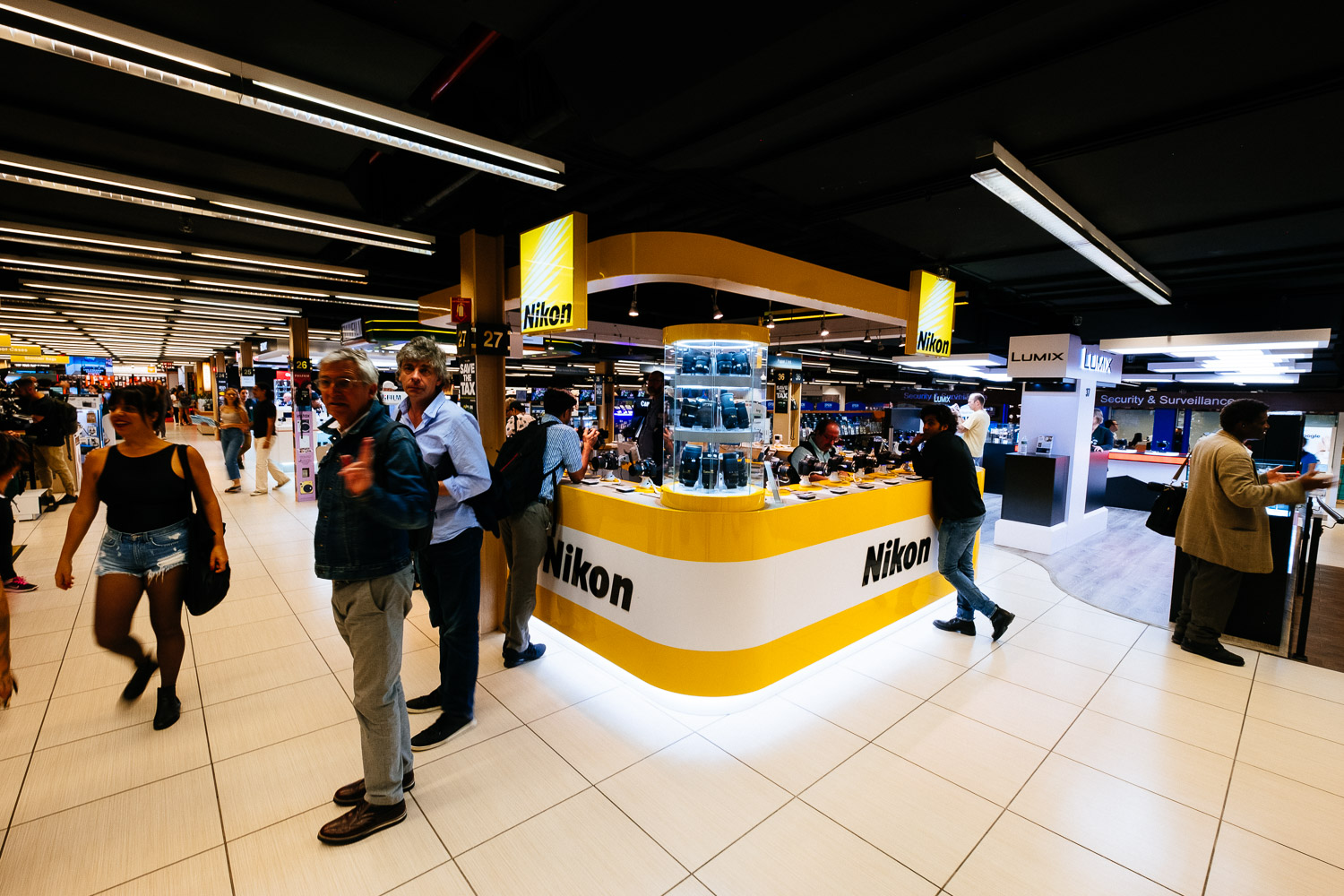 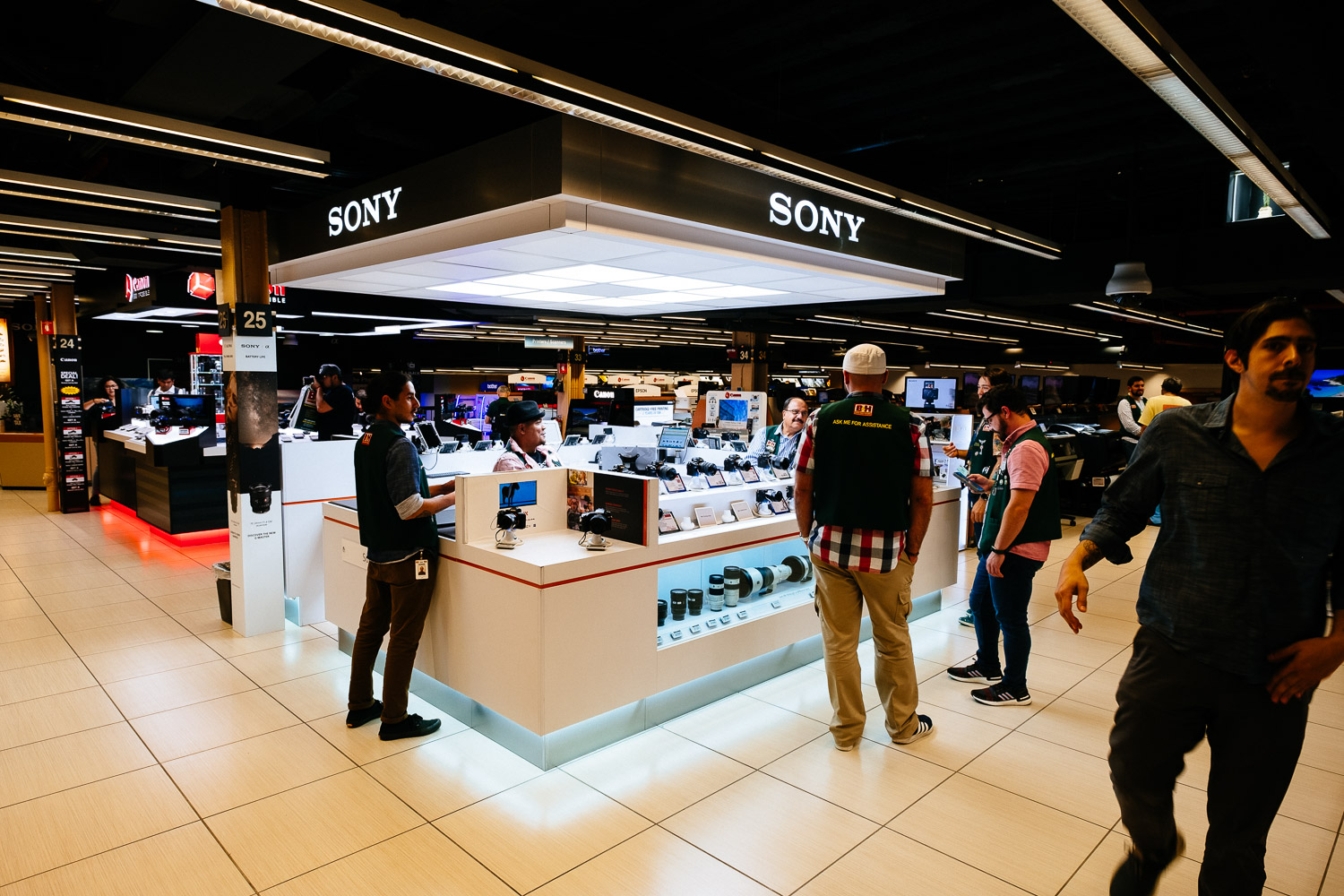 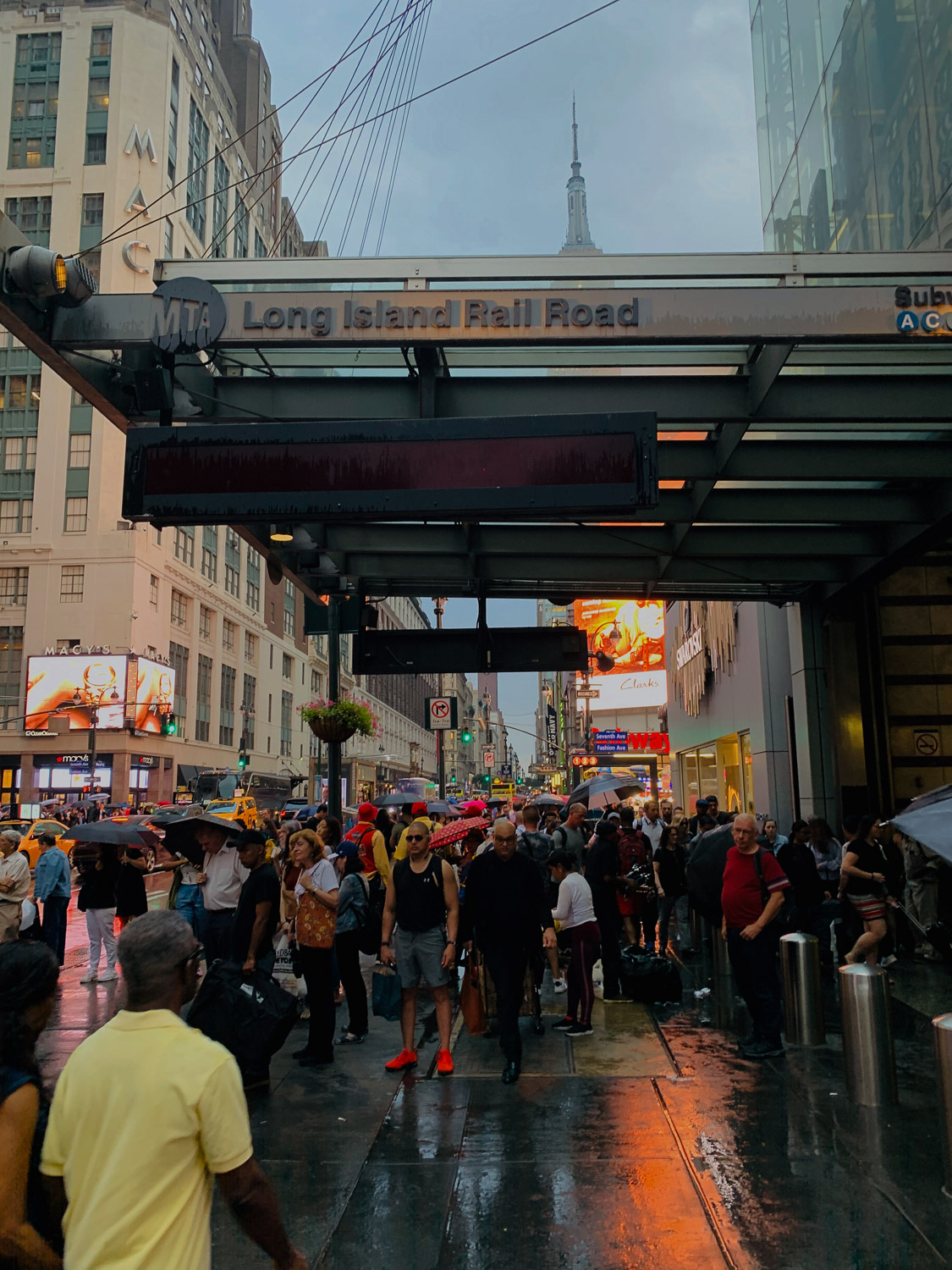 When we went for dinner it was raining and we were tired so unfortunately I left my camera in the bag and just snapped some shots with my iPhone. A decision I truly regret now but now it’s too late. The iPhone pictures are good, no doubt about it, but to have a camera ready and take those shots with the phone is just stupid. I guess I was dehydrated.

However, the shot below is my favourite. I just love how the wet street reflects the bright red LED screens. The Empire State Building in the back where we had these wonderful views of the city just one day ago. I should have taken those shots with my camera and should have taken more. But that’s happens when you are tired, thirsty and hungry: you make stupid decisions. 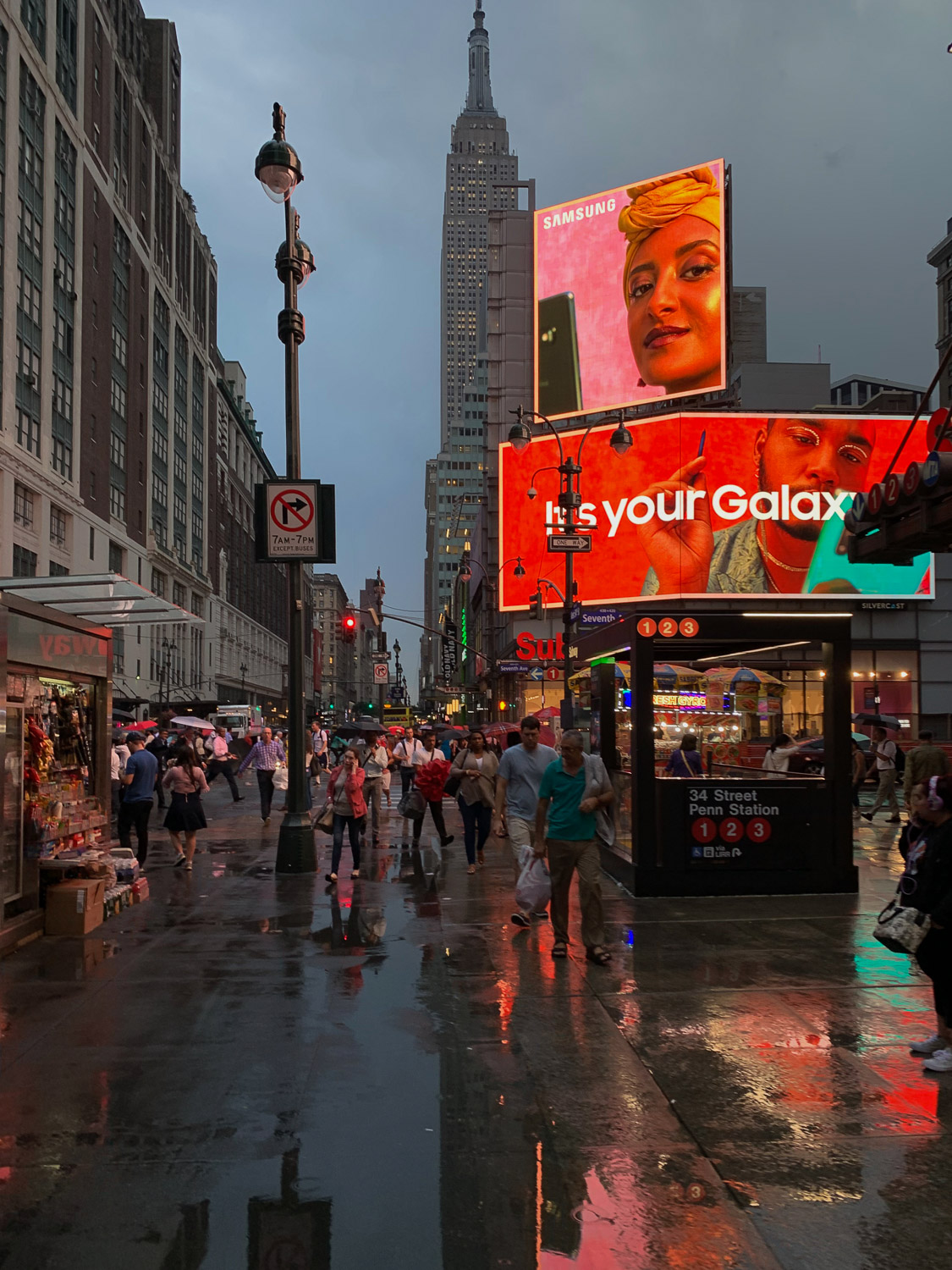 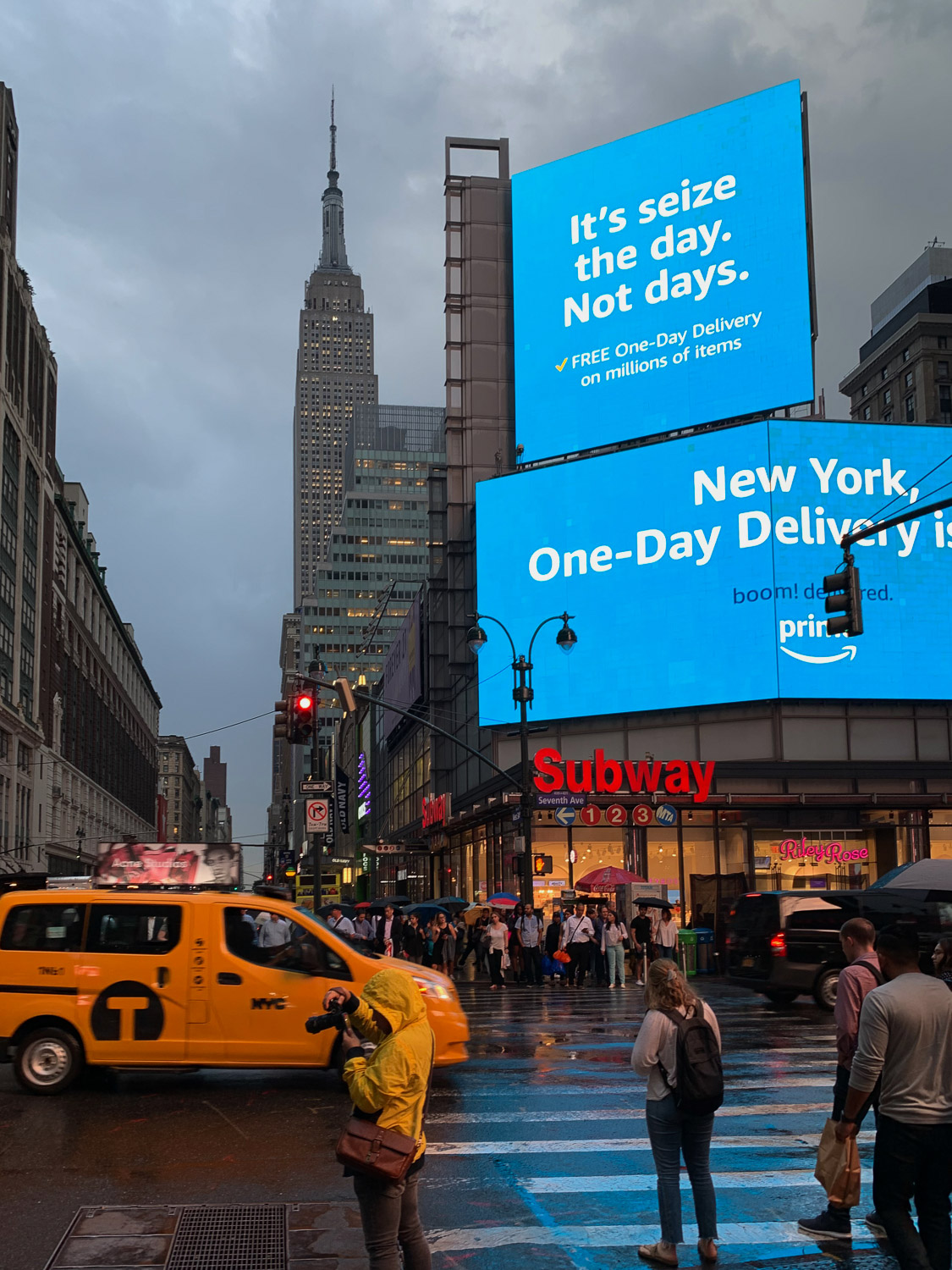 I took those pictures in October 2019. About a year ago where the world was a completely different place. There was no pandemic and we could travel anywhere we want. Today I must not leave my house after 8pm!

But things will change back for the better soon. I’m very positive about that. 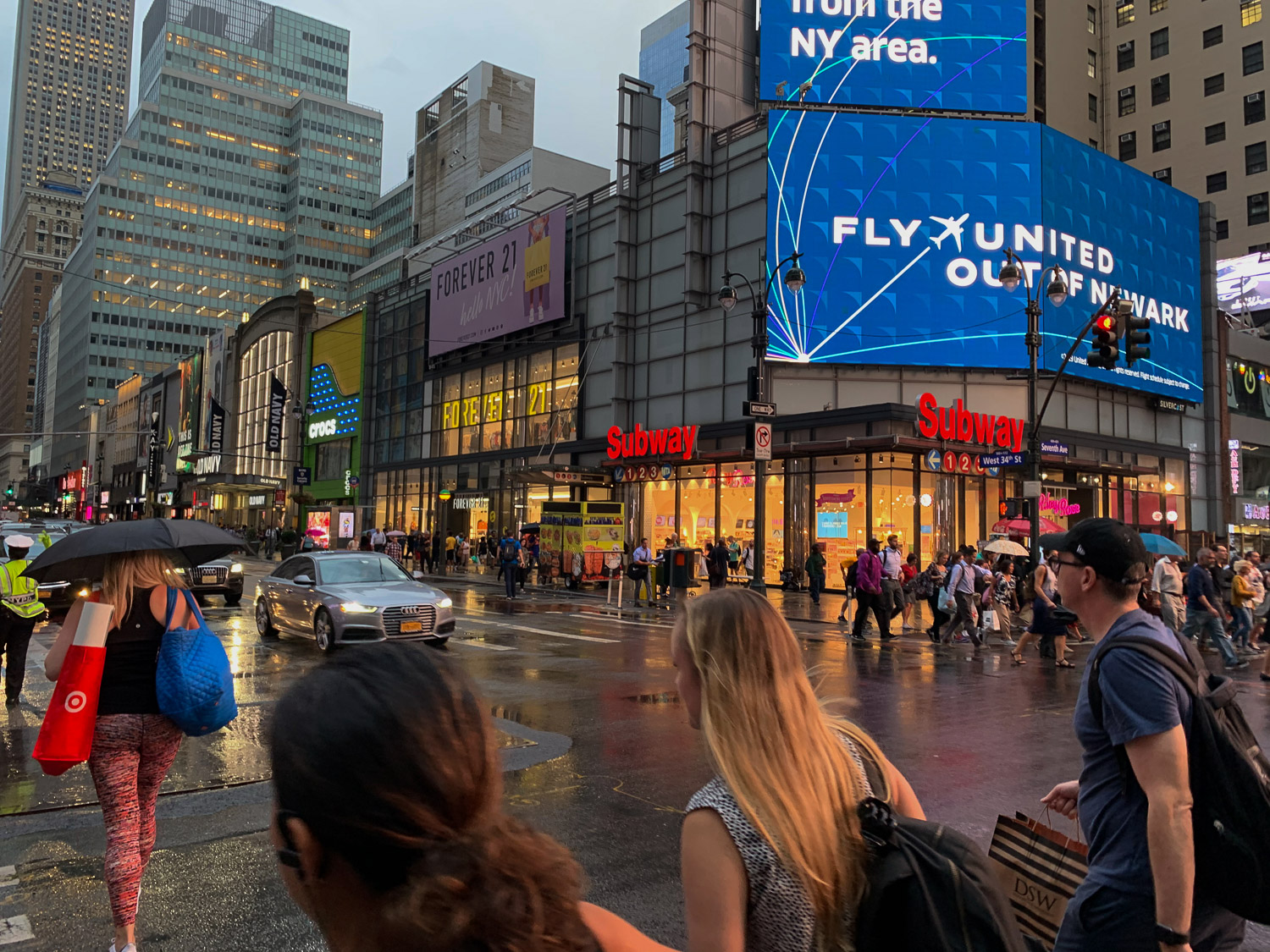