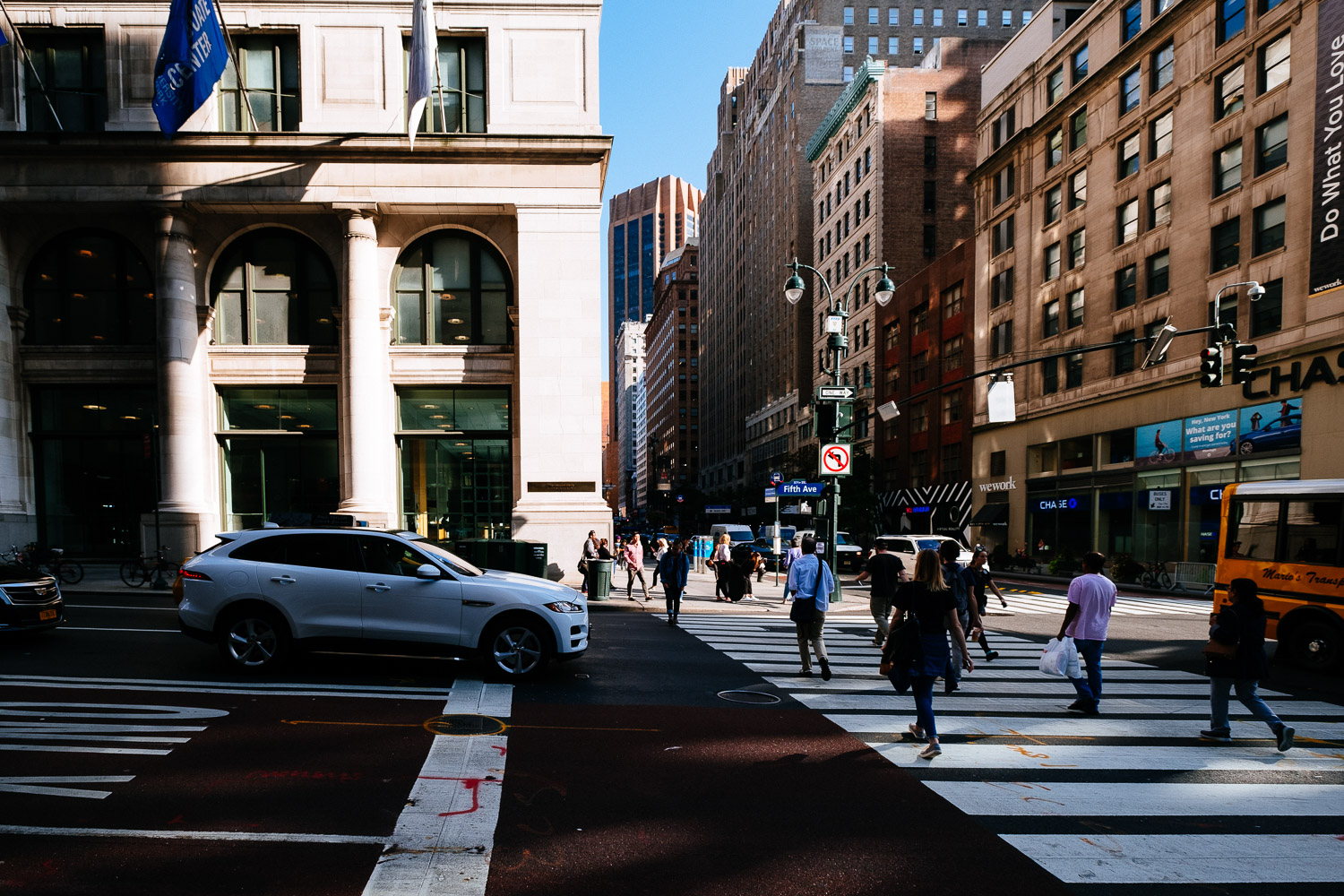 This is my sixth blog post to cover our first day in New York so you can tell that we did not relax in our hotel room.

But I would never stay in my hotel room during the day when in New York even if it was a nice room in a fancy hotel. But our hotel room was nothing special as was our hotel. Its location was excellent though. Right in between Central Station and the Empire State Building.

But back to our first day. We just left the Empire State Building and started to get a little tired. It was a long day on our legs because we tried to avoid subway as good as we could for obvious reasons. I already ranted about it in one of my previous post. This is unworthy for a so called first world country. 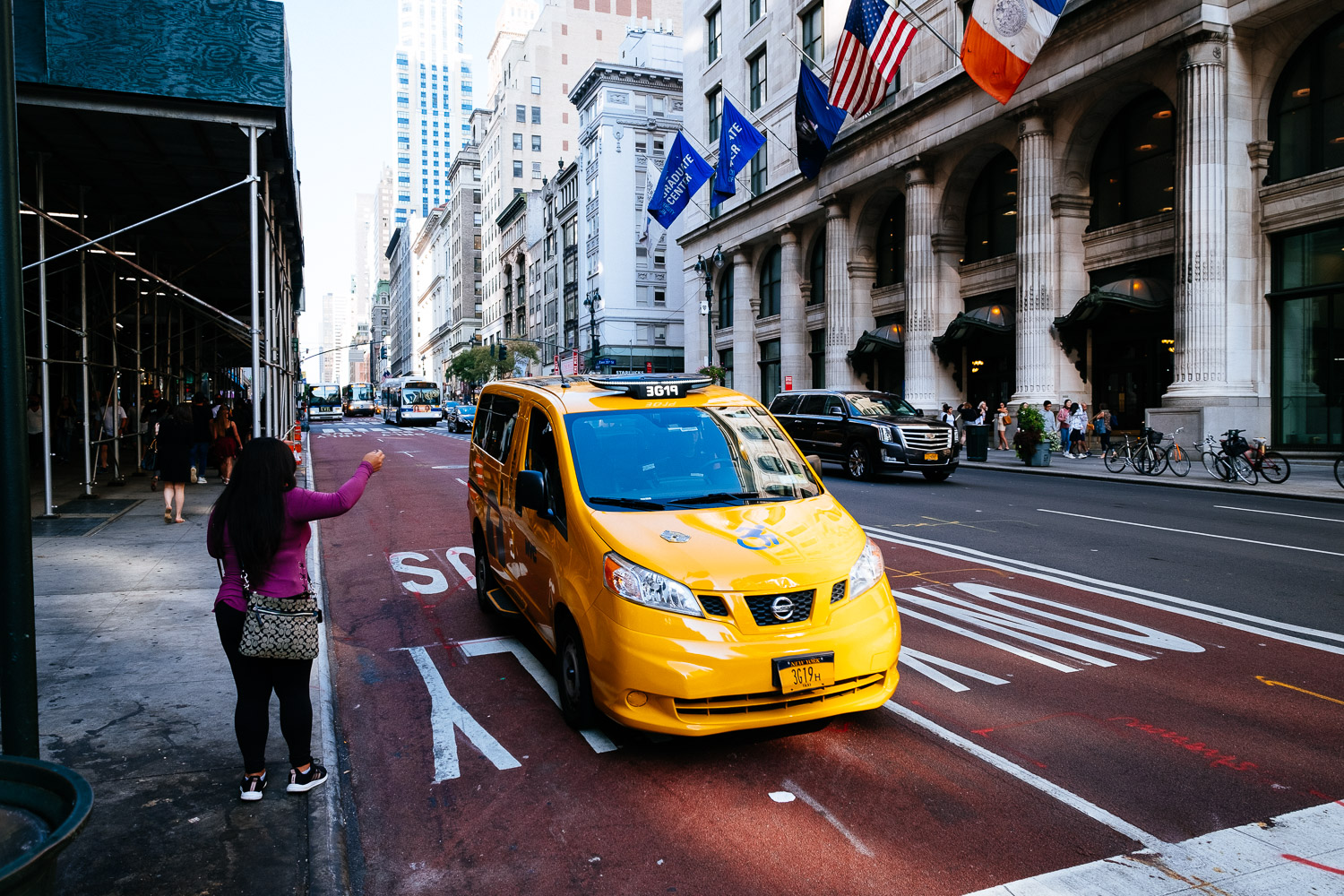 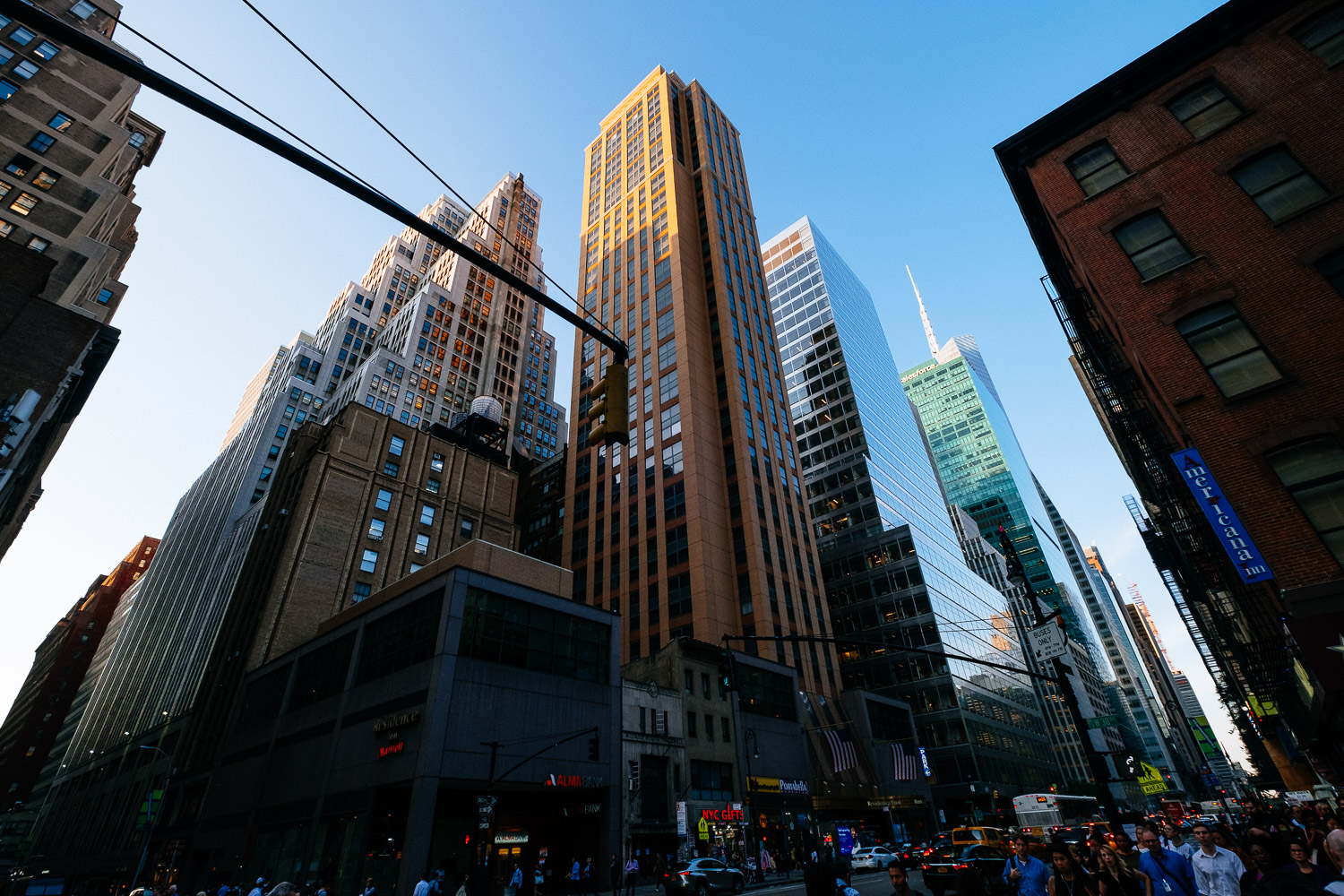 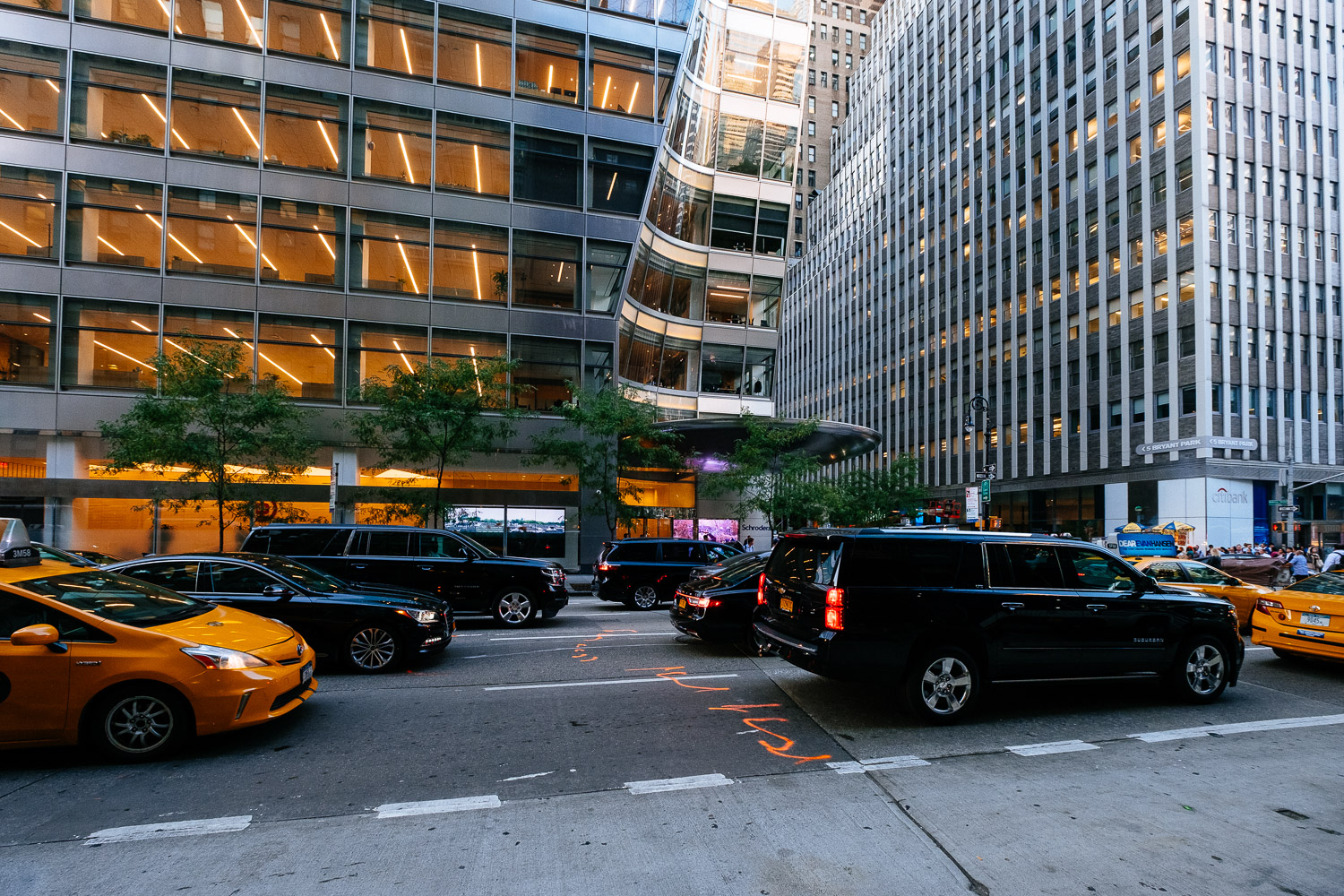 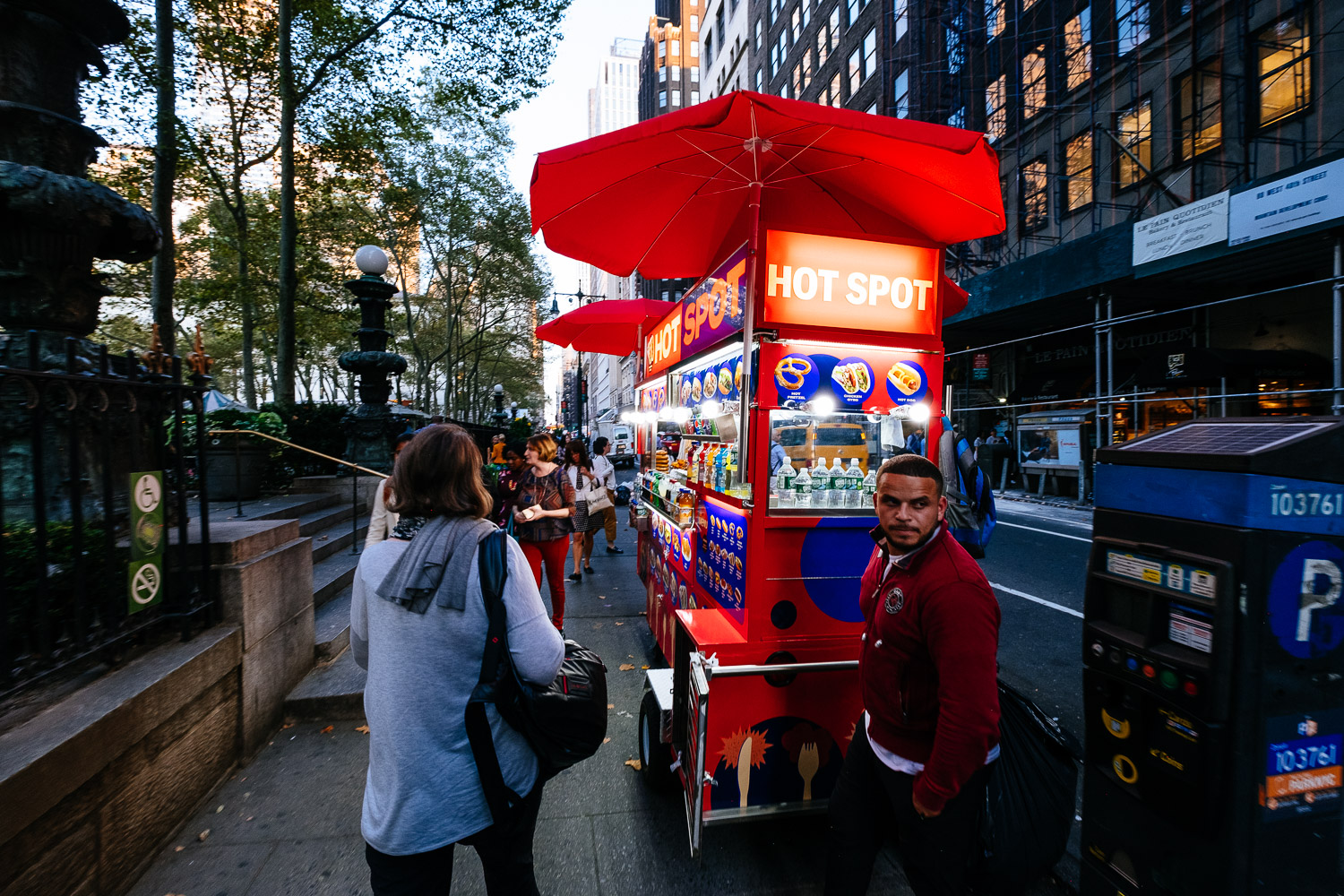 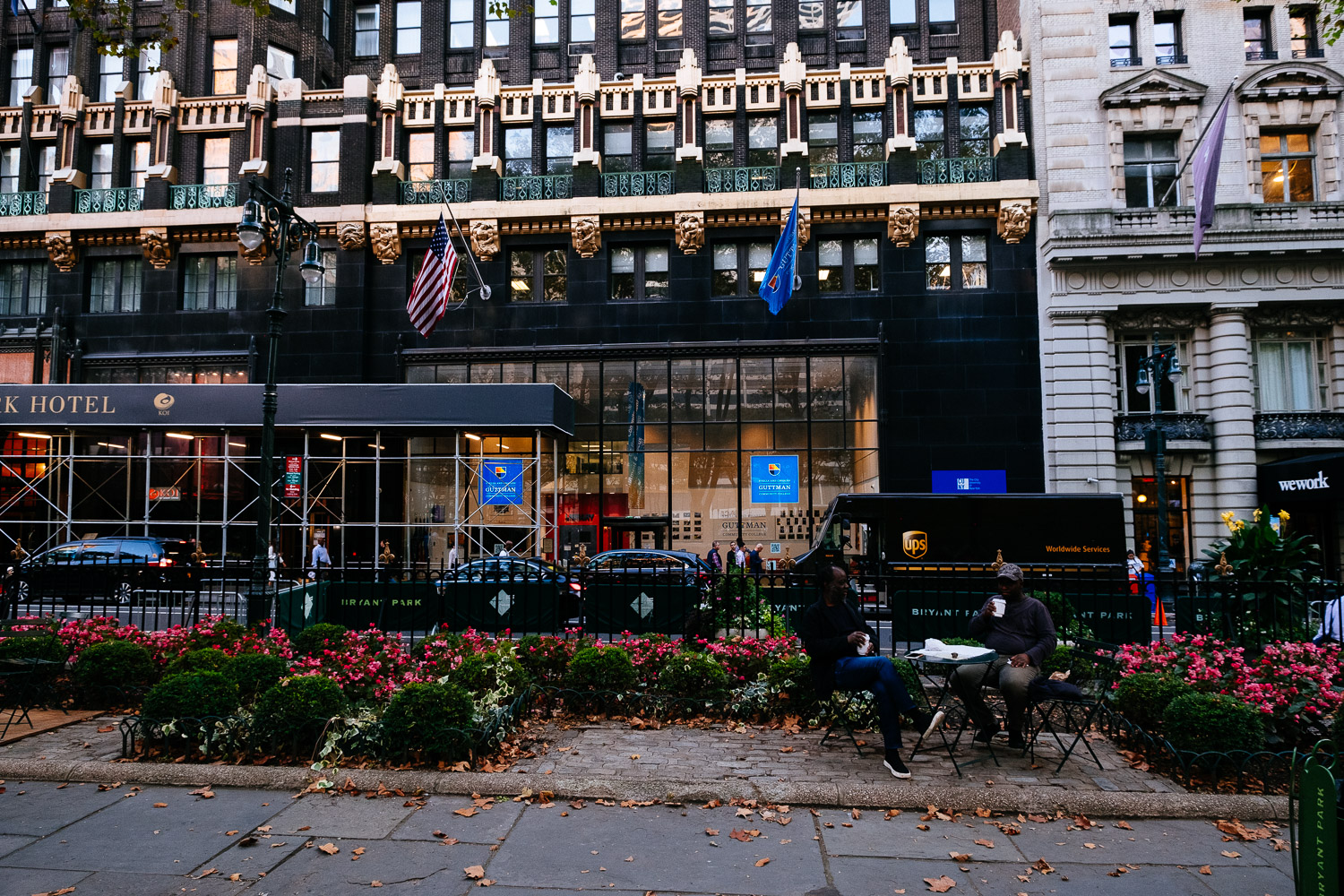 We walked around, grabbed a coffee to go and found a small park, Bryant Park, to sit down for a short rest. This small park in the middle of this buzzing city is something special. A short break from all the noise.

That was the first thing I recognised when we visited New York at the beginning of our trip almost three weeks ago: the noise. New York City is extremely noisy. There are construction sites everywhere, the trucks and buses have loud engines and their peeping alarm if they go in reverse is ear piercing.

And then I finally got it. New York is not a modern city. There are no real pedestrian zones and its infrastructure is very old. I’m not only talking about the subway that feels like it will fall apart every moment. It’s the same with the buildings. Those beautiful buildings have elevators that make noises that no elevator should make. Even in our hotel there were sounds that I never ever heard coming from an elevator. Everything has an aura that it is barely functioning as originally intended. It has a certain charm but elevators or trains should work and should be maintained with great care and modernised or replaced when their days are over. I don’t have this feeling here but rather feel that the most of the infrastructure is on the brink of collapse.

Maybe I got spoiled from my business trips to Japan where everything seems to be in impeccable condition down to their millions of vending machines. There is an army of people keeping everything running in top condition. Here is a car comparison. Japan feels like a modern electric or plugin hybrid car: quiet, efficient, safe, quick and indestructible. New York feels like an old truck: once it was strong, powerful and reliable but that is a long time ago. Now the engine is noisy, it rattles everywhere and you expect it to break down any moment. Don’t get me wrong. I would love to have an old pick up truck myself but not for my daily commute. For that it would be a nightmare. 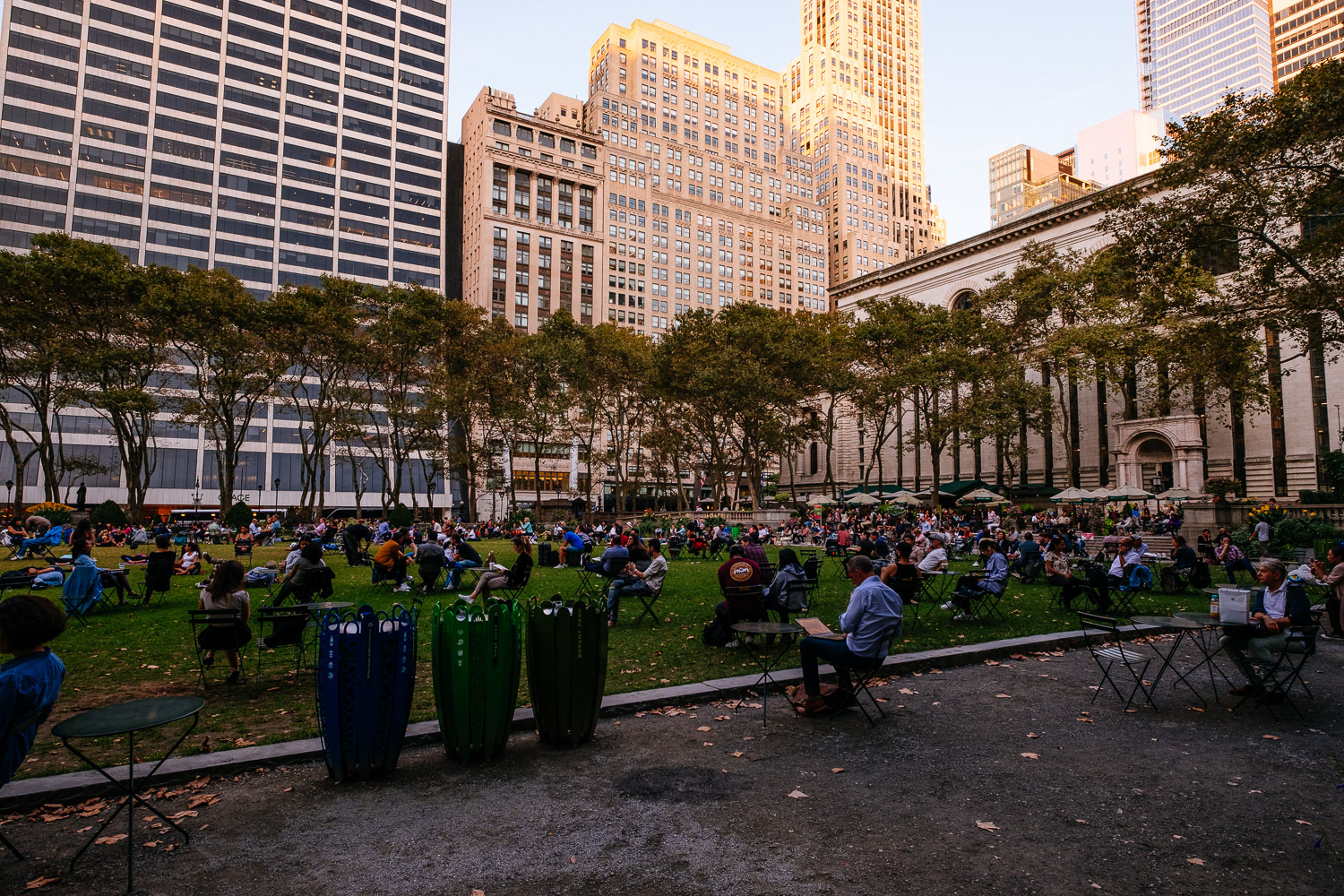 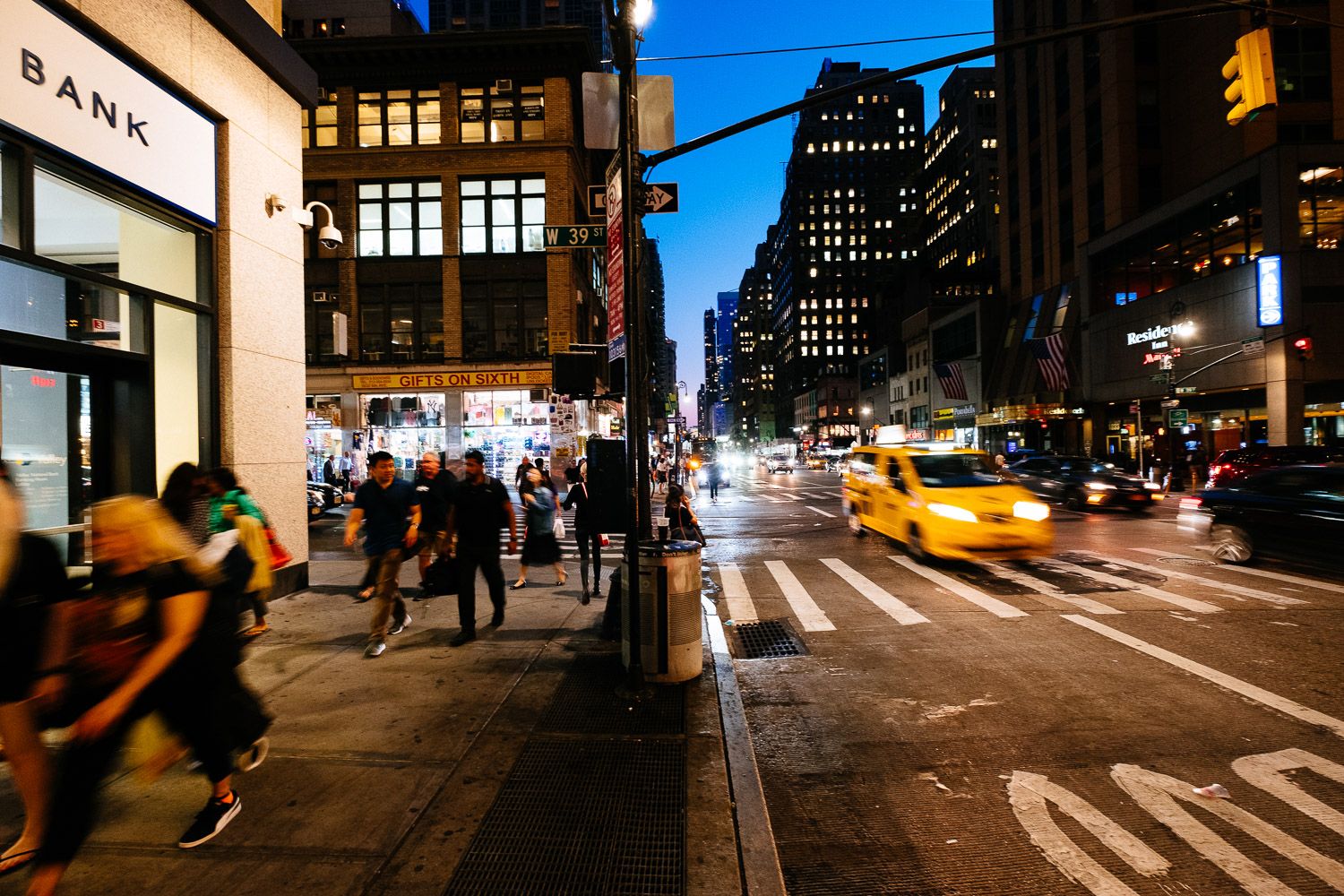 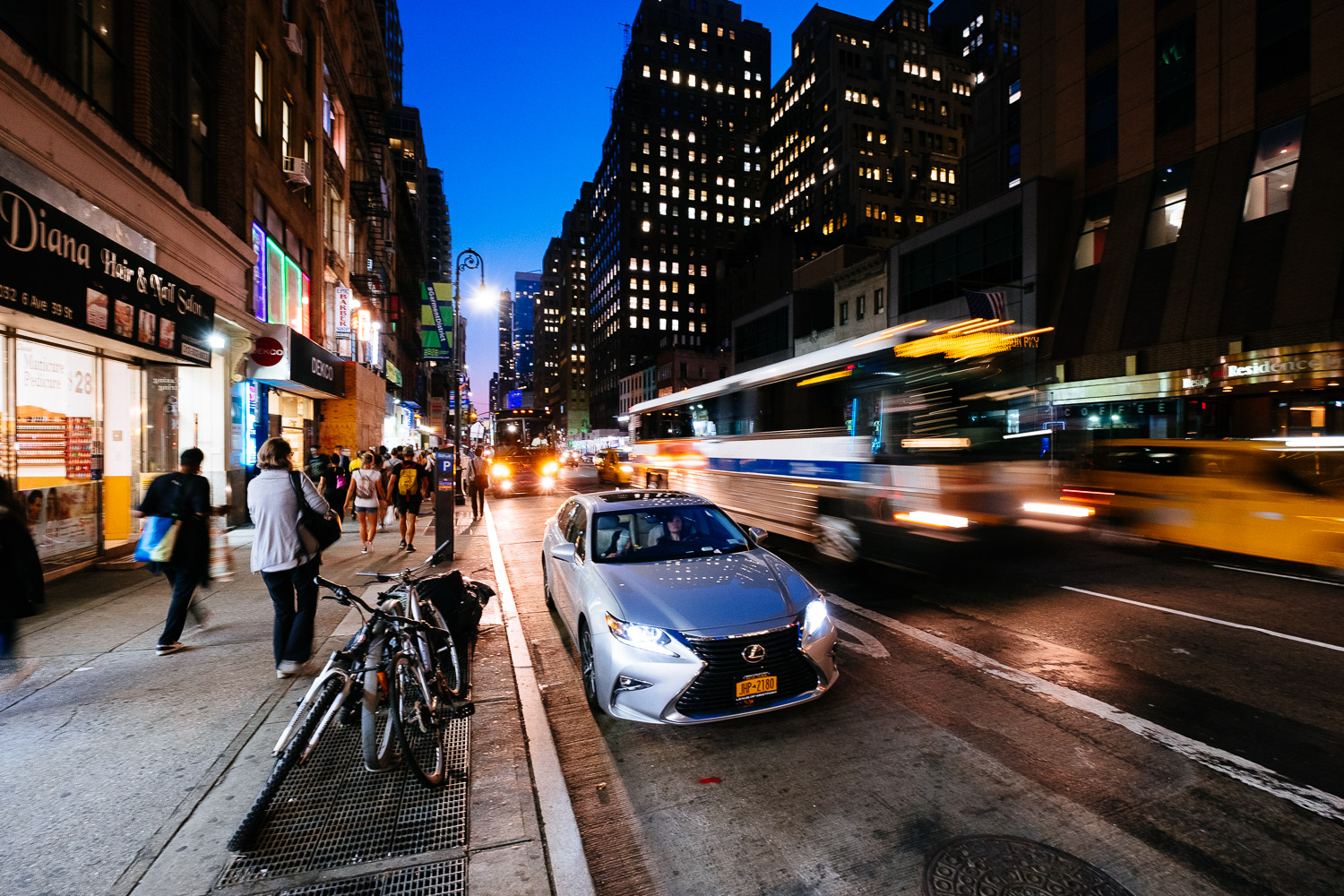 And still this is New York.

Of course you recognise the song and maybe you also remember Dirty blvd. from Lou Reed. There are as many songs about New York as there are movies. This is a very special place despite all the dirt, noise and collapsing infrastructure. If I can make it there I can make anywhere… Sorry! I think some shops are only possible in a big city like this big button store that my wife couldn’t resist. Hope you will make with your button store.

That was our last stop before we went back to our hotel and straight to bed. Not only because we were really tired but also because room outside the bed was limited. 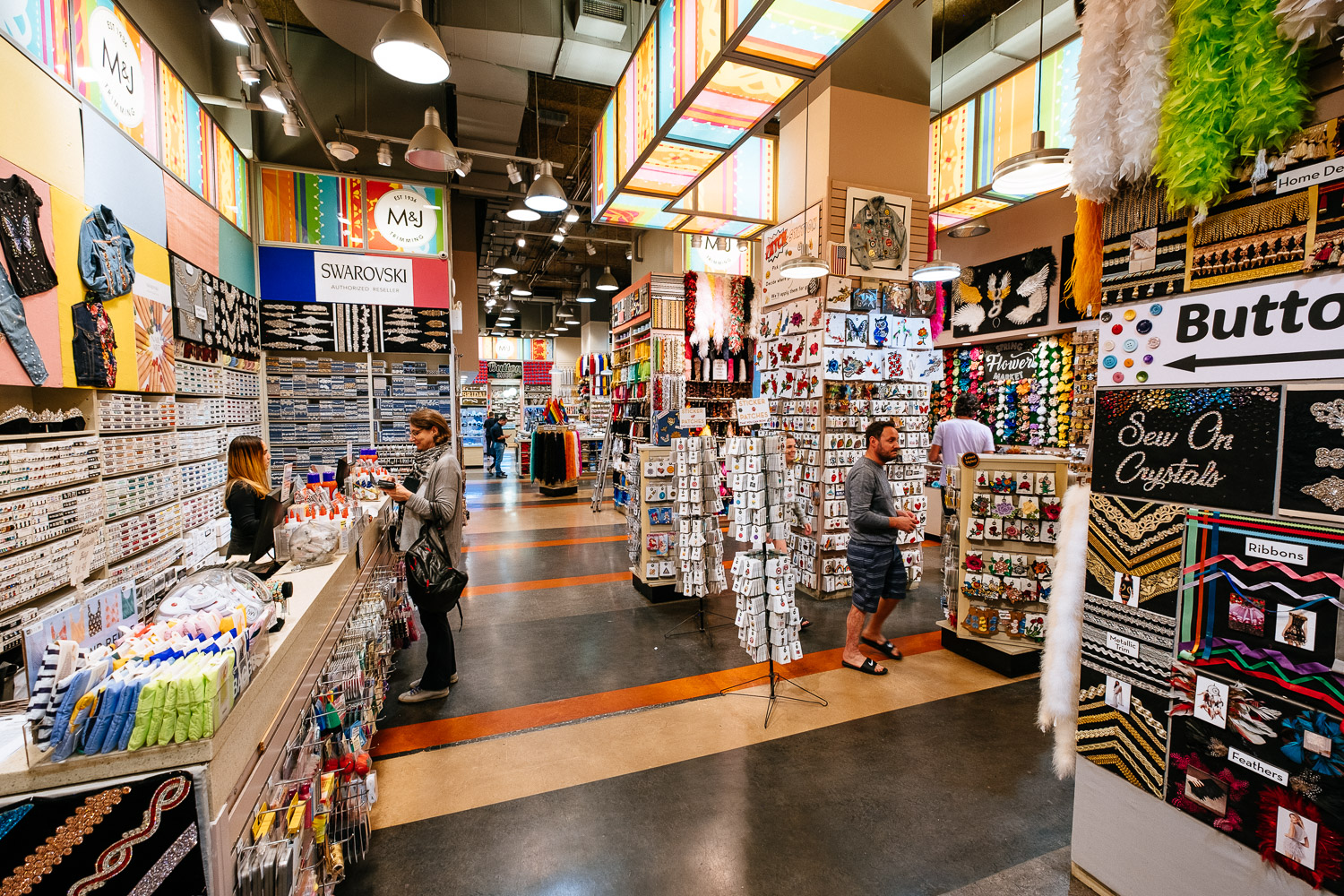